2013 has ended as quickly as it arrived. With 2013 came numerous opportunities: some expected, and others a complete surprise. We've put more under our belt than ever before, and Andrew and I are excited to put our fifth year of StanceWorks in the books. 2014 looks to be a better year than any previous, as we approach it with the same grassroots mentality StanceWorks has become known for. As always, here's to my own most memorable moments and photos from 2013 and the path that brought us to where we are today. 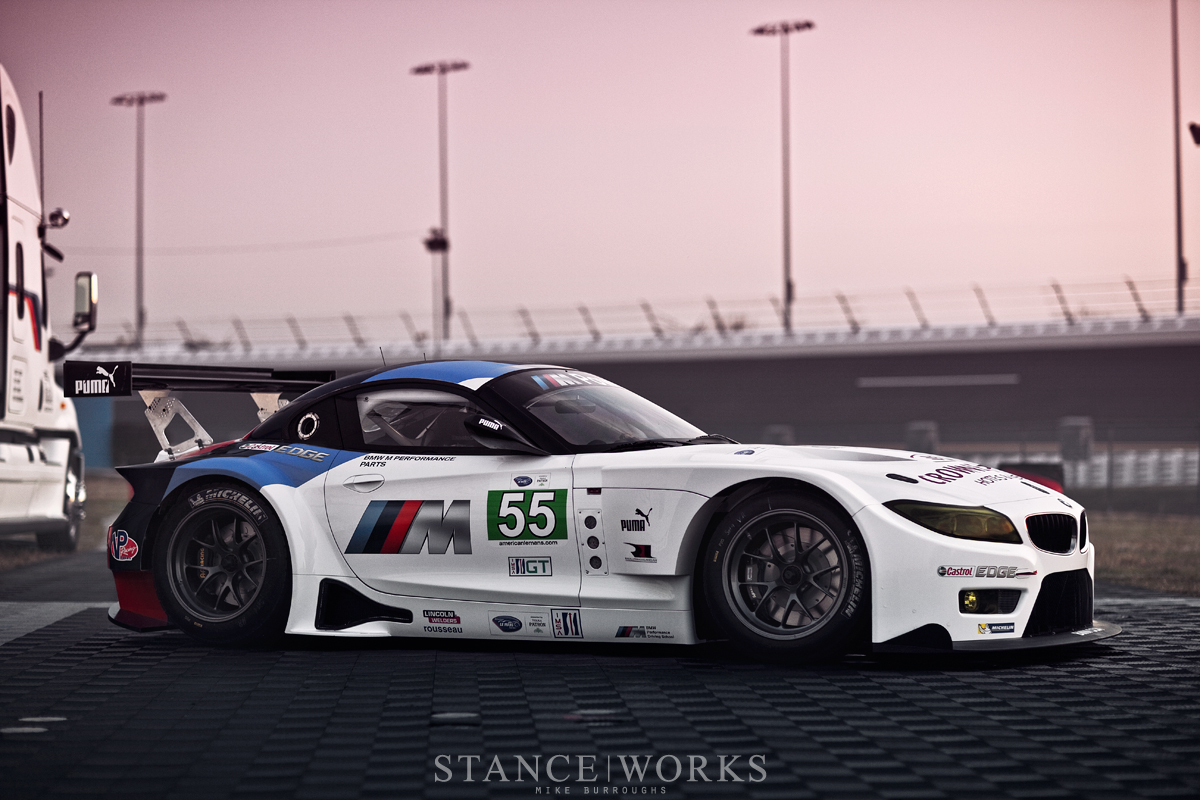 2013 began with one of the most prominent events of the year - BMW of North America invited Andrew and I set out to join them for the unveiling of the all-new BMW Z4 GTE, which began its campaign early this past spring. At Daytona International Speedway, a presentation was put on to showcase the Z4 GTE, as well as some of BMW's top GT-class racers. 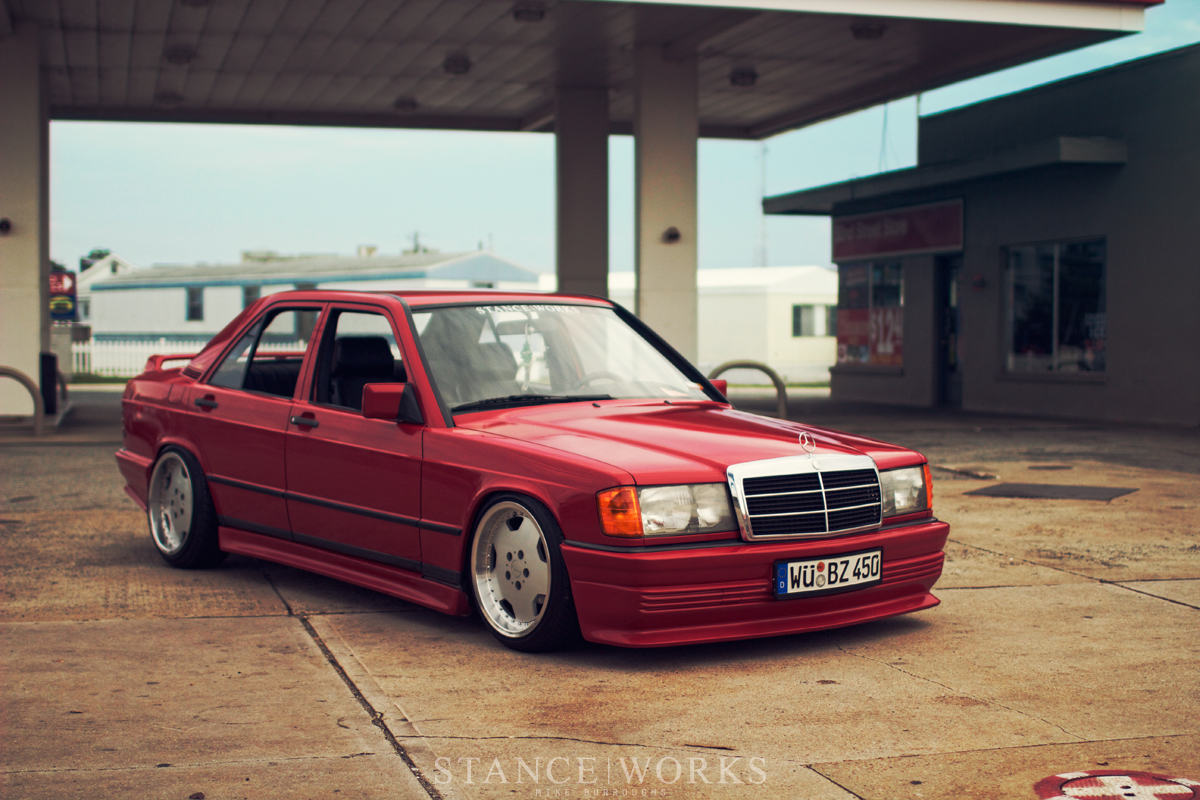 One of the earliest features of 2013 was that of Rodney Nichols's 1984 Mercedes Benz 190e. The car is simple in nature, yet still stands as one of my favorite features to date. Its classic Zender kit and bright red paint create a persona that harks subtly to the best era of DTM - and better yet, as a car of one of my closest friends, it holds a place near and dear in my heart. 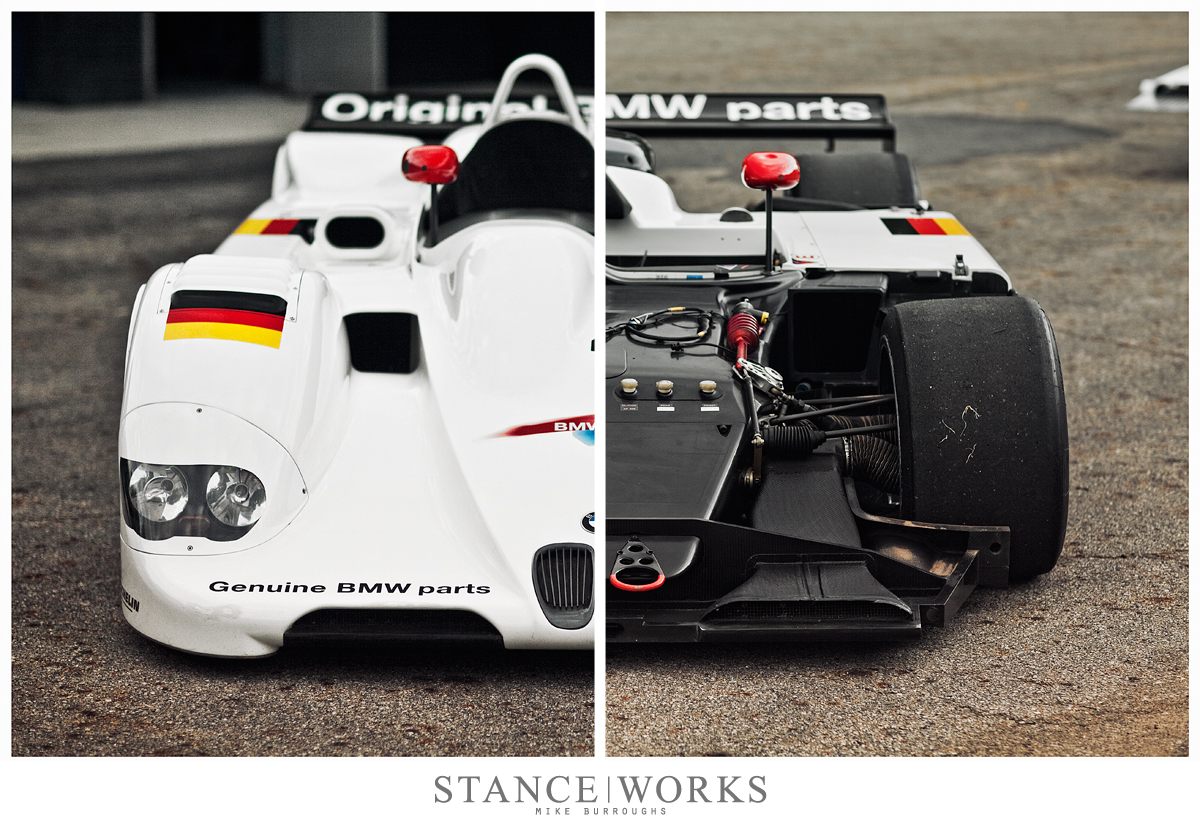 BMW of North America's vintage collection contains cars of all kinds, and one of the most unique we had the chance to photograph was the noteworthy V12 LMR. The LMR was a departure from what StanceWorks is typically known for, but we found it impossible not to share such a radical piece of racing history. From close-up details, to the lineage of the car itself, we did the car every bit of justice we could. 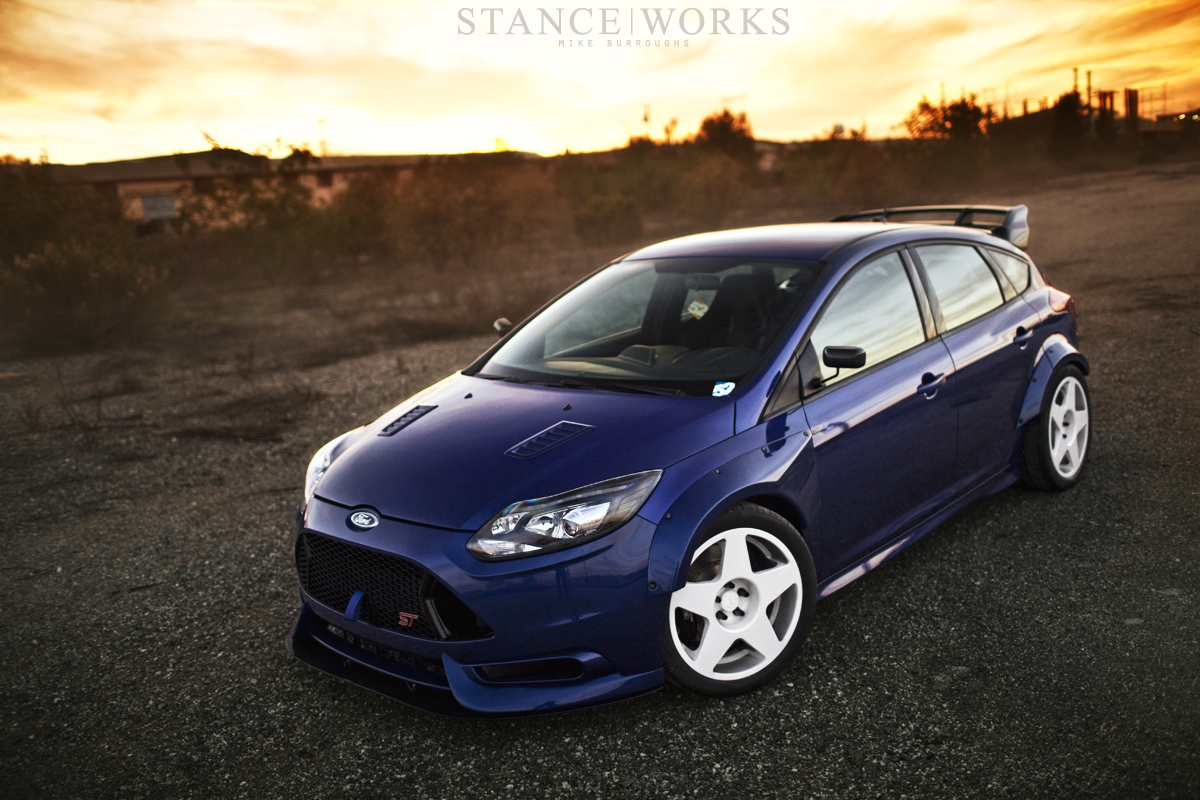 Fifteen52's Project ST series of builds has done its part to hit each prominent niche of the automotive aftermarket. This particular build, dubbed the "TrackSTer," takes a Focus ST to its streetable limit. Our photoshoot of the car helped unveil the finalized project.

Afshin Behnia's Alfra Romeo GTA Junior helped to solidify a new direction in StanceWorks content - the classic racer was yet another departure from the norm of StanceWorks of years past. However, the GTA is one of my favorites among the classic race cars we've been lucky enough to share in 2013. 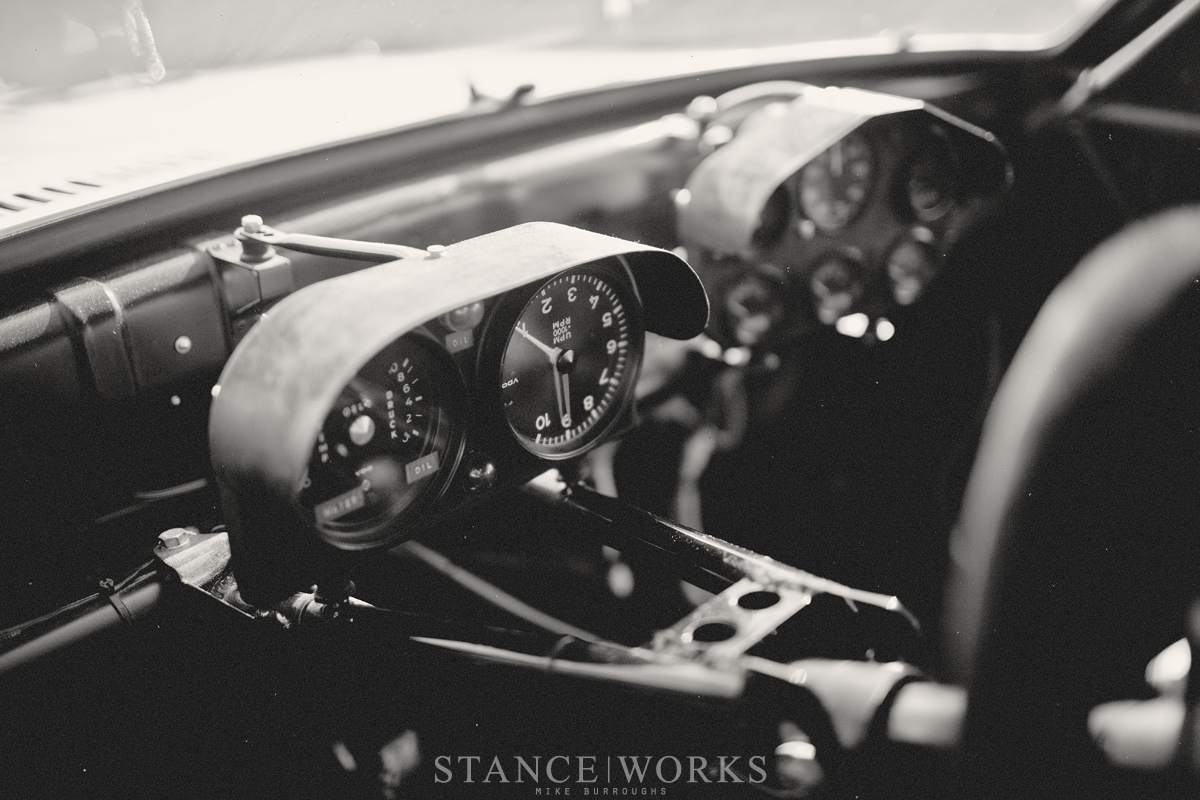 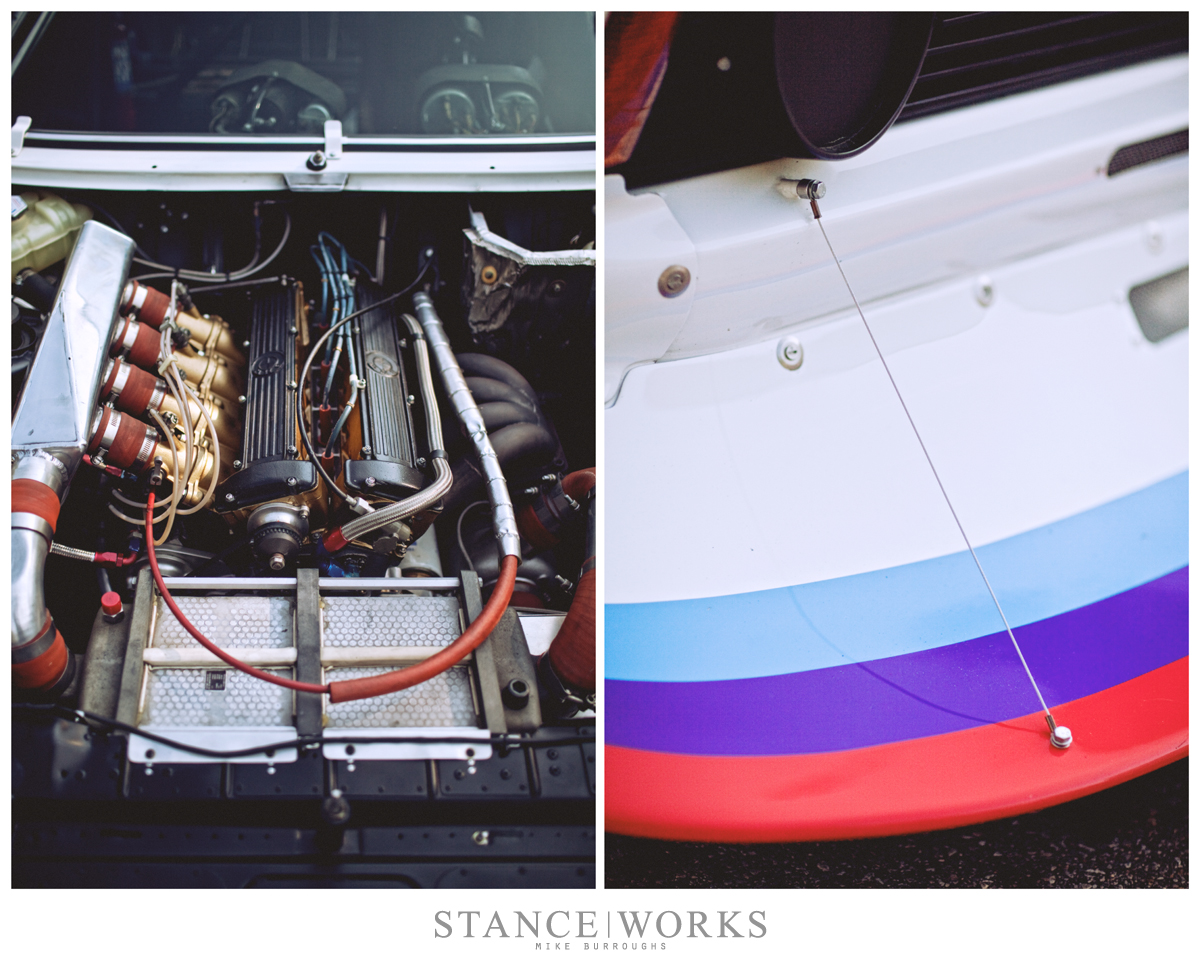 It was impossible for me to choose just one photo from our feature of the BMW IMSA 320i Turbo. In all of "cardom," the 320i Turbo stands as my second-favorite car of all time, second only to Porsche's 935 Group-5 monster. Nic Foster offered to write the article, which was only fitting as our resident E21 fanatic. The 320i Turbo is easily one of BMW's most impressive and wild works cars, and I had no option but to include it as one of the best of the year. 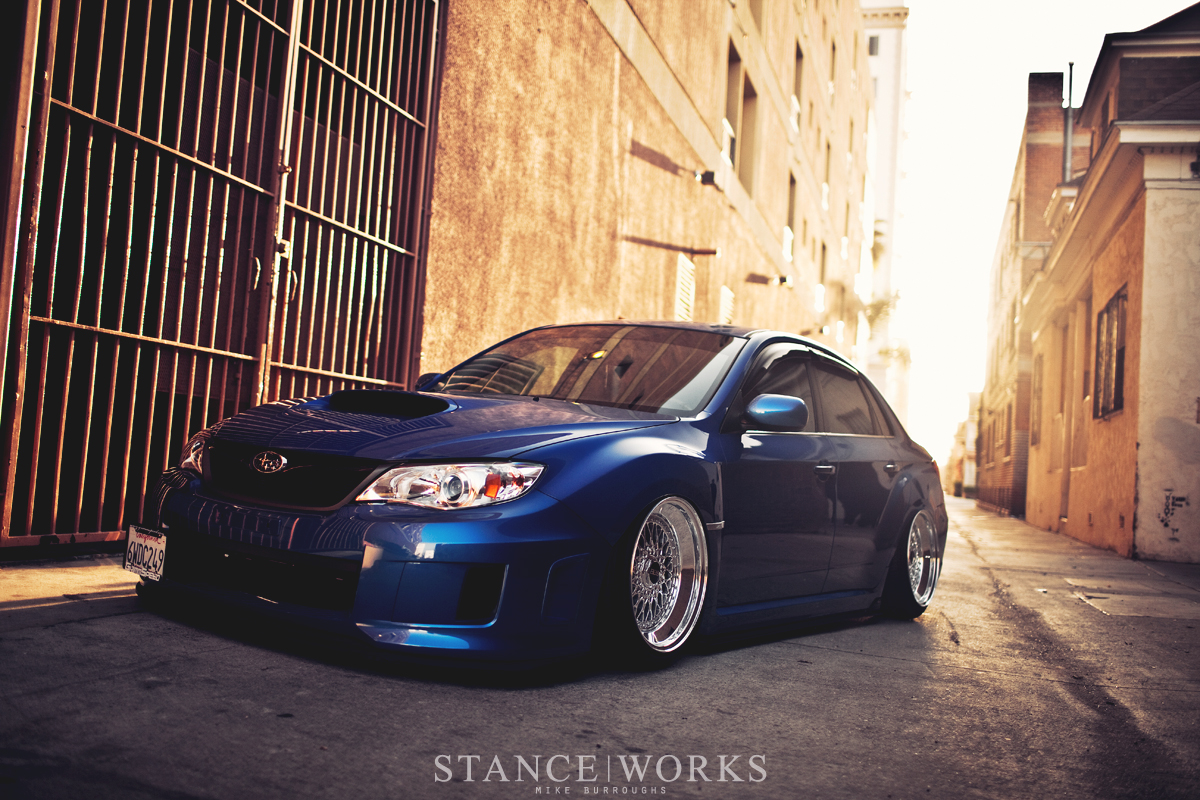 Jaycee's Subaru was one of the few cars of the year to catch my attention and truly hold it. When photos first surfaced of his car, they spread across all forms of social media like wildfire, and understandably so. We set up a shoot in the alleyways of down town Long Beach where we captured Jaycee's truly stunning BBSs and the WRX that accompanied them. 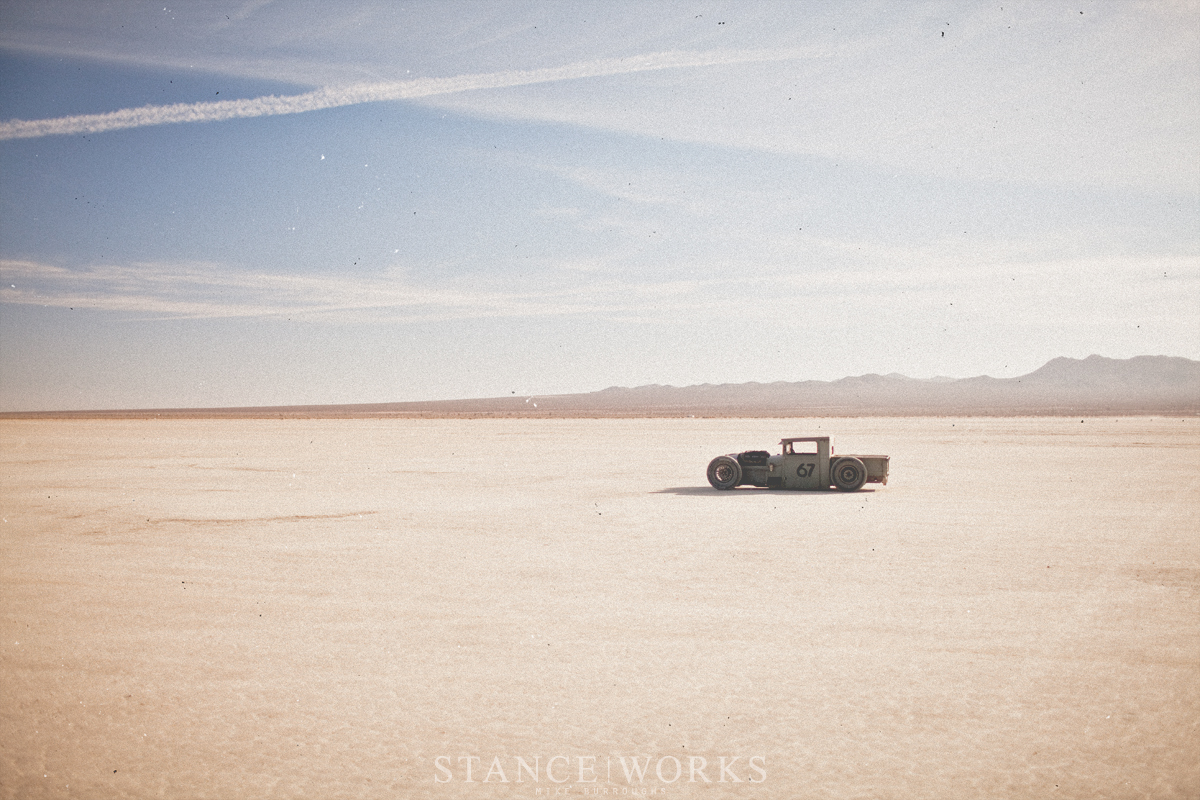 The completion and unveiling of my own project - the BMW-powered Model A - was a huge milestone in more than one way. In a sort of right-of-passage, Andrew, Geoff, and I took the truck to the El Mirage dry lake bed where we shot both photos and video. Apparently, we chose our location well, as the completed photo set climbed to our second-most successful article of the year. The photo above is by far my favorite of the set.

My BMW-Powered 1928 Ford Model A Pickup 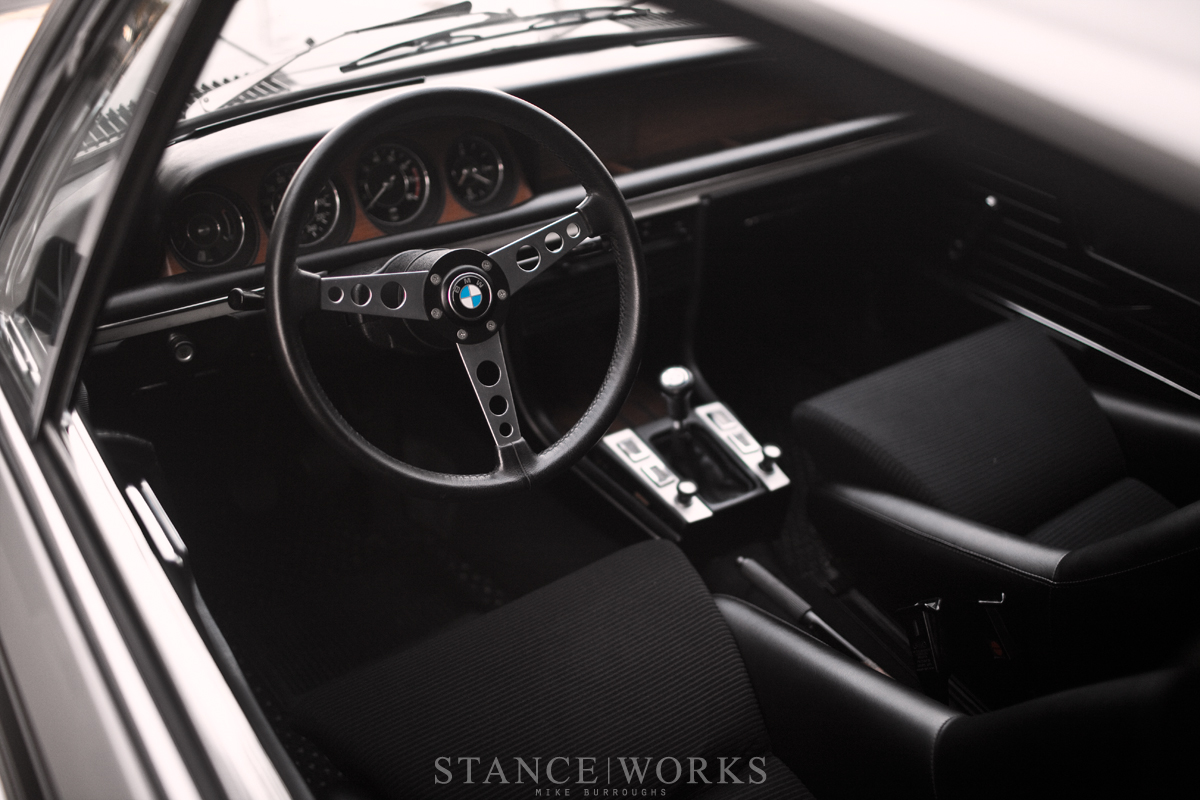 Ron Perry's E9 CSL is as gorgeous as they come. His restoration of a true icon served as the basis for showcasing a truly amazing example of BMW's famous Batmobile. From the ground up, this car was rebuilt, refinished, and refurbished to a show-winning chassis, which comes as no surprise in light of Perry's impressive track record. 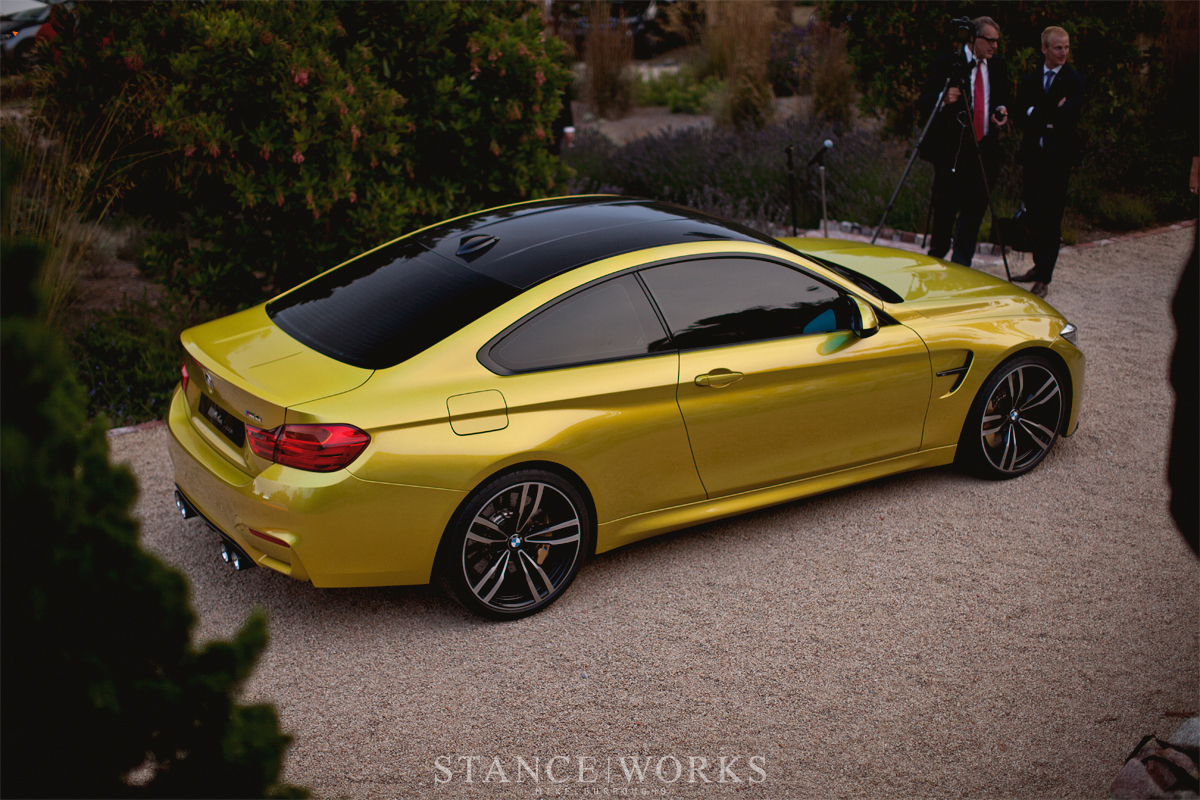 We were invited to the world unveiling of the BMW M4 Concept Coupe at Pebble Beach this summer. We were shocked to see that our coverage of the event grew into 2013's most successful and wide-spread article. The car itself is a sight to behold, and combined with impressive statistics for power and weight, we're anxiously awaiting a chance to get behind the wheel. 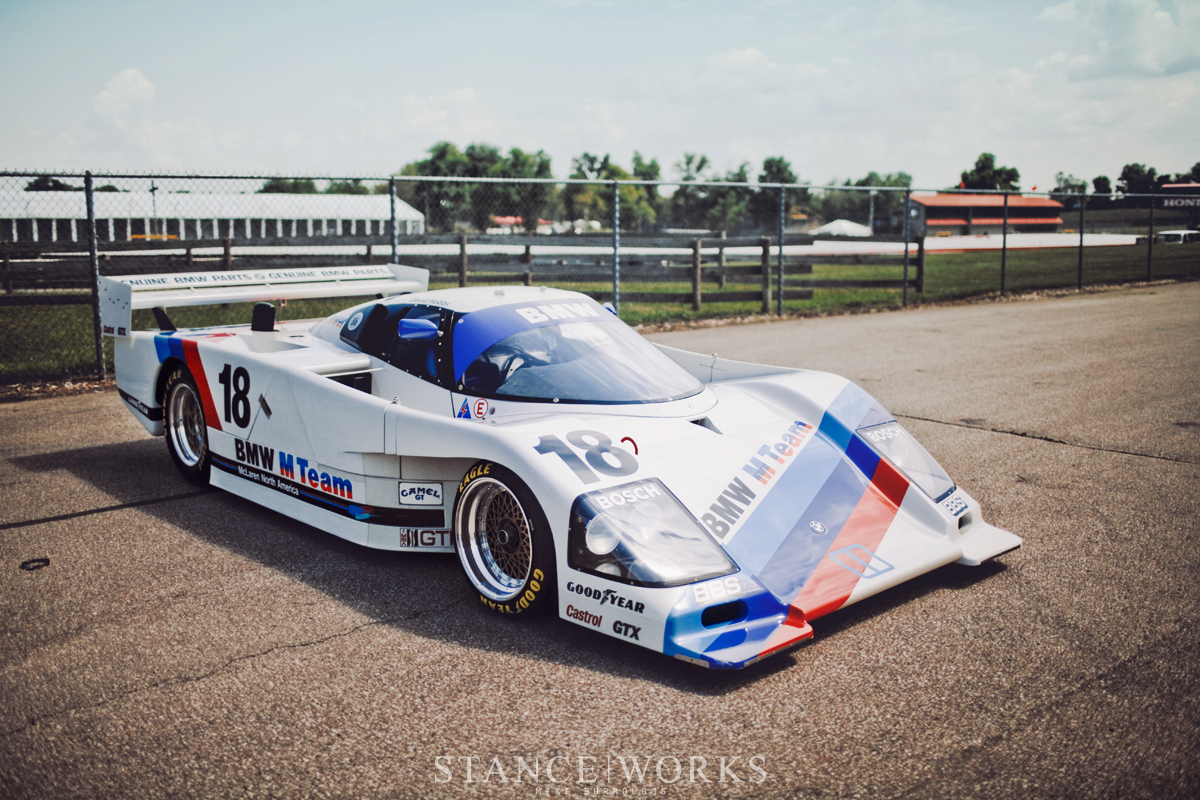 Another one of the oddities from BMW of North America's Vintage Collection was the March 86G Grand Touring Prototype from 1986. Some of my favorite articles involve in-depth research to uncover the details of a cloudy history of some of the coolest and most unique cars in racing. The 86G was no different - and after some serious digging, we were able to share photos and the story of BMW's 1986 season like no one has ever done before. 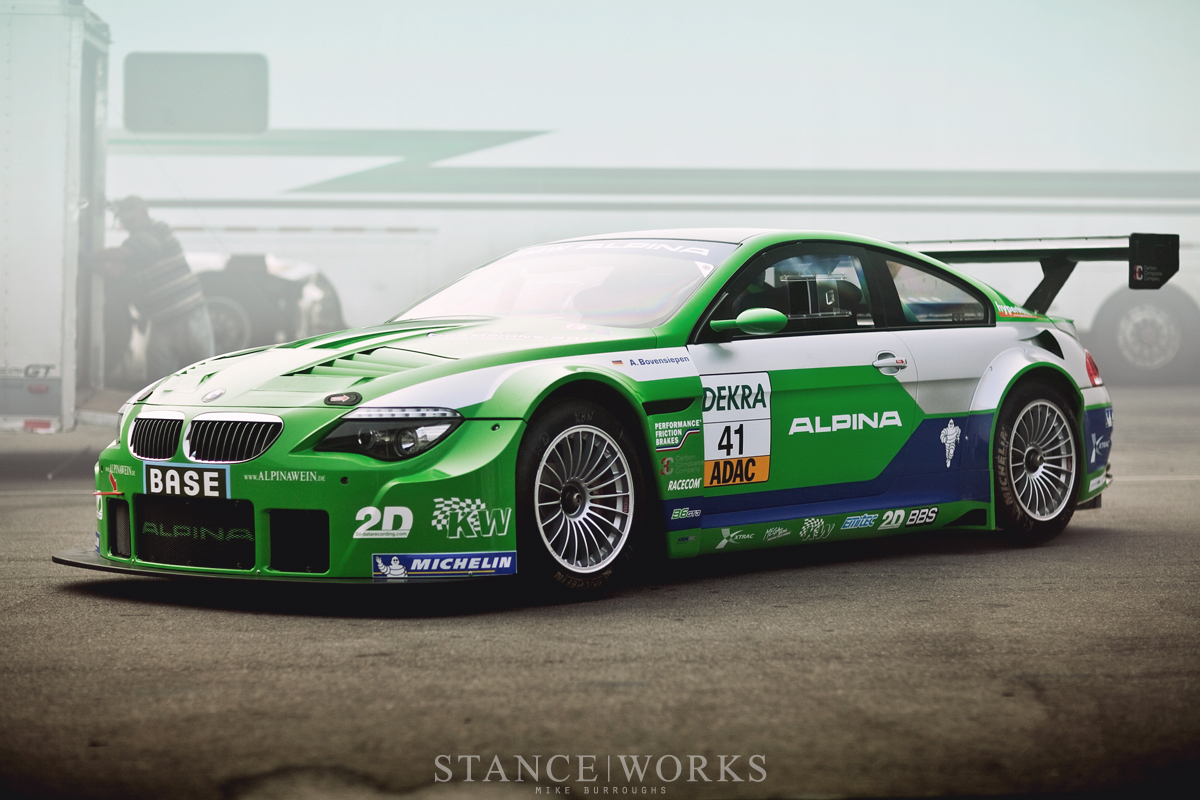 Our feature of the Alpina B6 GT3 came as a complete surprise. As we sat around the dinner table with our friends from BMW NA, we were told that an Alpina carrier would be arriving early the next morning. Andrew and I delayed our departure so that we could have some alone time with the giant touring coupe in the morning fog of Laguna Seca.

The Alpina B6 GT3 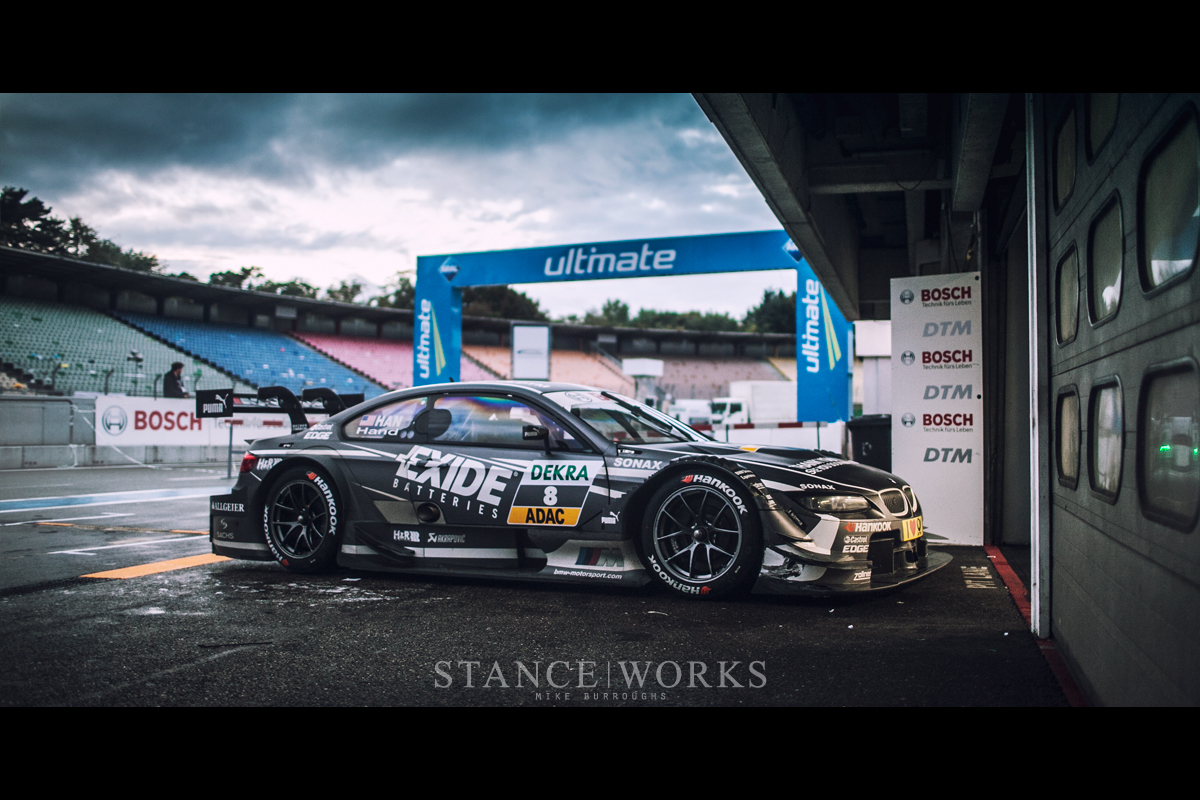 The highlight of 2013 for me was our trip to Hockenheimring for the final round of the 2013 DTM season. We were disappointed to leave Petit Le Mans, and the final race ever of the ALMS series; however, it was for an excusable cause. Despite serious rainfall, Andrew and I did what we do best, and captured BMW's win for the Manufacturers Championship. 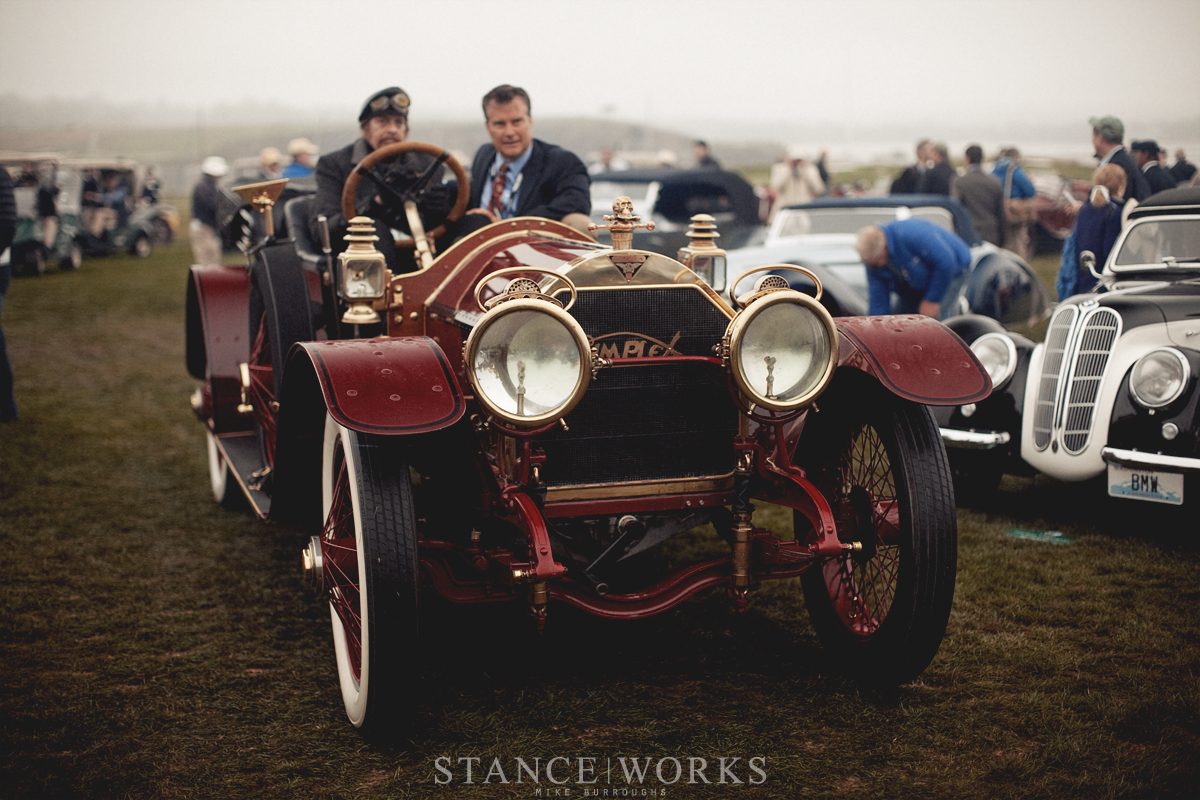 2013 marked the first year of our attendance to the Pebble Beach Concours d'Elegance, which will hopefully be the first of many. Although the event showcases some of the world's most impressive preservation and restoration builds of classic automobiles, atmosphere helped to take things one step further, allowing us to indulge in a lifestyle we've only dreamt of. 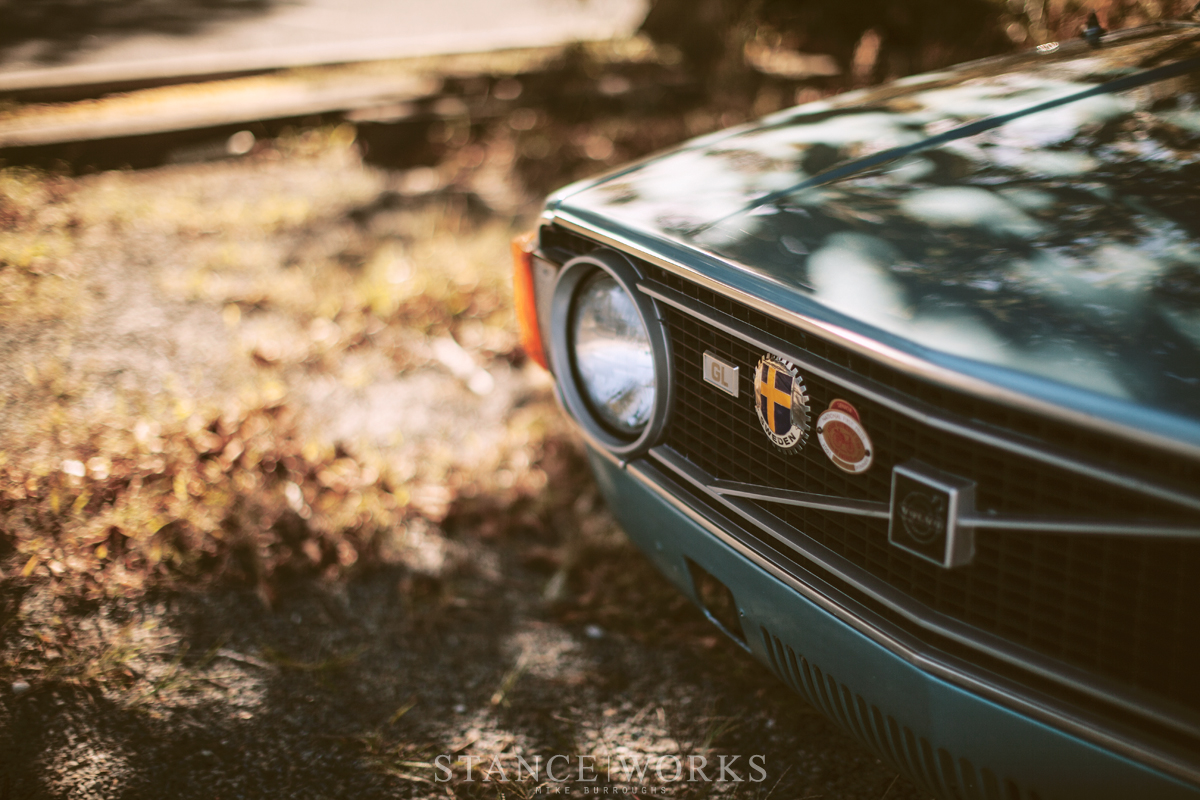 Greg Keysar's Volvo 142 is yet another one of my favorite feature cars of the year. Before H2Oi, the 140-series Volvo was one I had never encountered. Greg's example not captured my attention through detail, character, and aesthetics - it was accompanied by a truly great story. 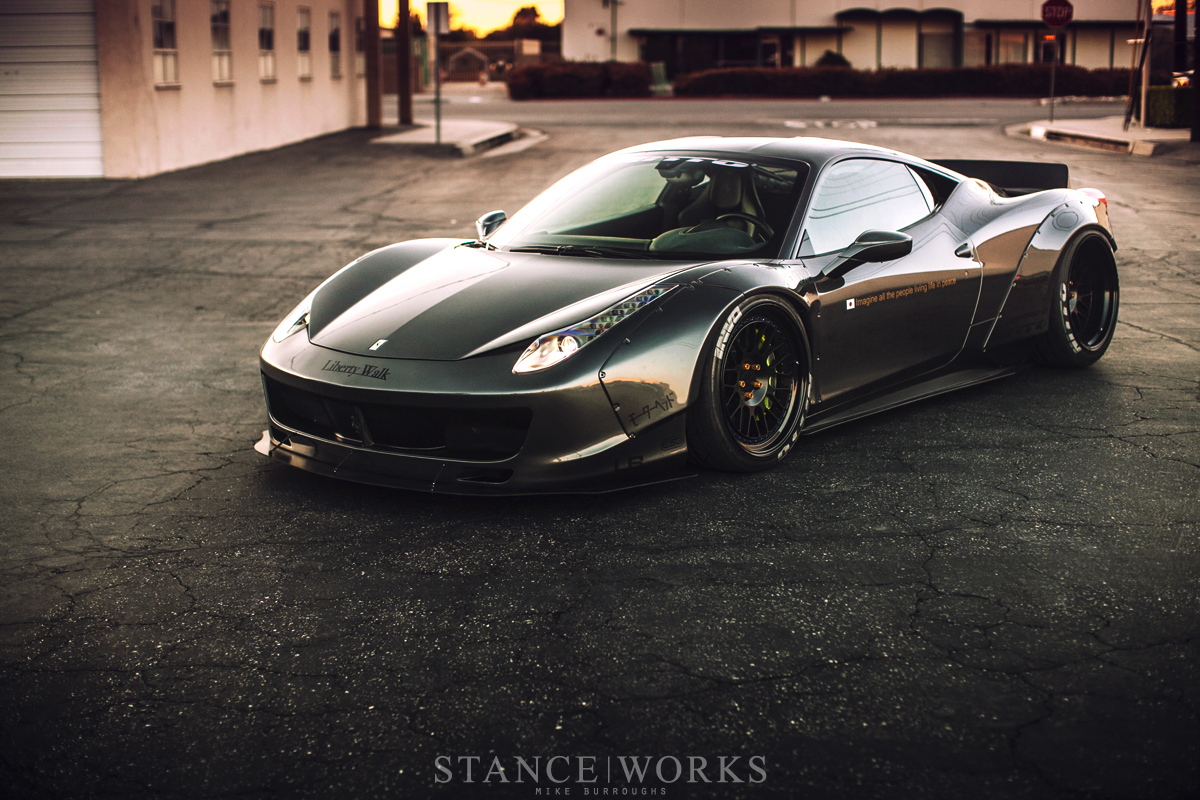 And lastly, to end the year, our unveiling photos of the Liberty Walk Ferrari 458 Italia cap things off. Just as 2012 came in, 2013 goes out with a collection of photos of a truly wild Liberty Walk-built Italian supercar. This time around, Liberty Walked took the automotive world by storm, and you can see our take here. With that, here's to another year worth sharing.