Earlier this year, we spent an afternoon with the Low'n Slow crew from Los Angeles, California. Throughout the day, we took the chance to shoot several of the crew's cars, such as Jesse' s Celica and Milt's 350z. Last but not least, we're proud to share four of a kind: Noel, Victor, Chris, and Squires' Gs and Zs. 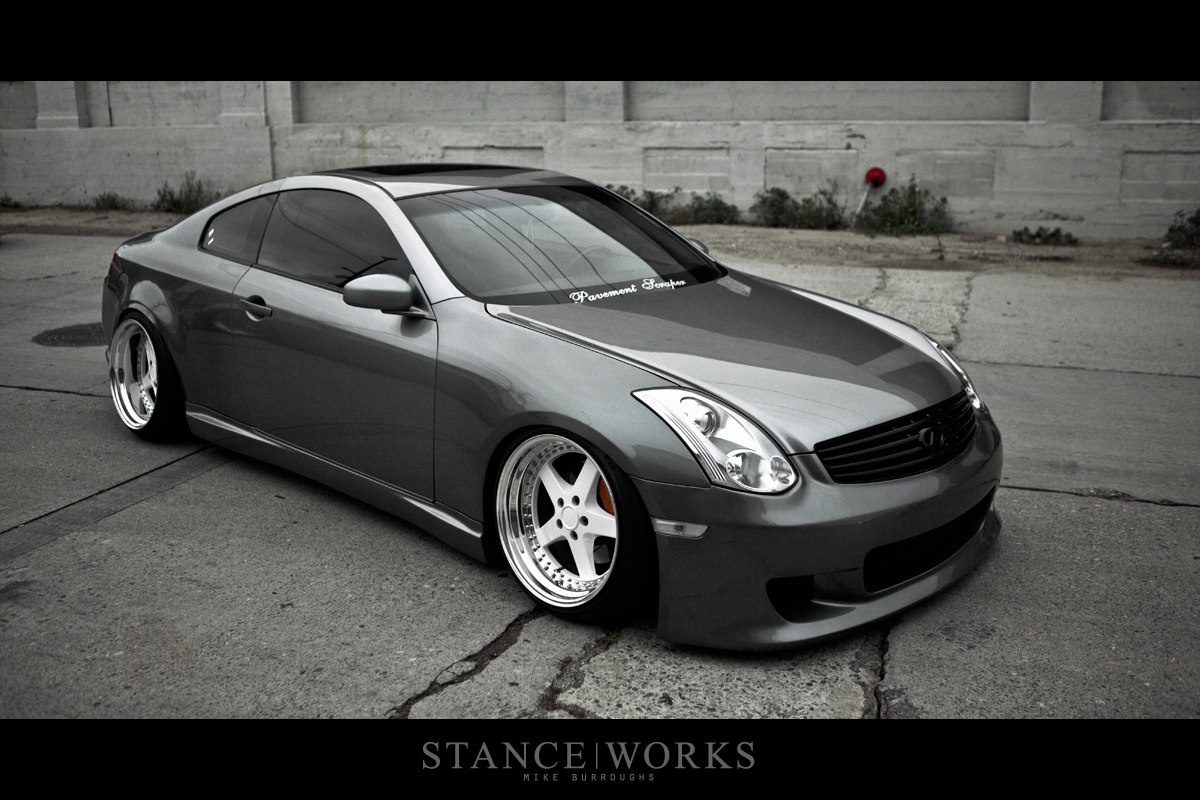 While entirely unique in their own rights, 350Zs and G35s are very similar cars, sharing what is essentially the same chassis. Brothers in an automotive sense, the two cars sport their own styling cues and performance characteristics, creating their own fan-bases and causing an endless debate over which is better amongst G and Z enthusiasts. The Z, quite obviously derived from the Fairlady lineage, leans to the performance side of the family while the Infiniti G brings in aspects of luxury and comfort. 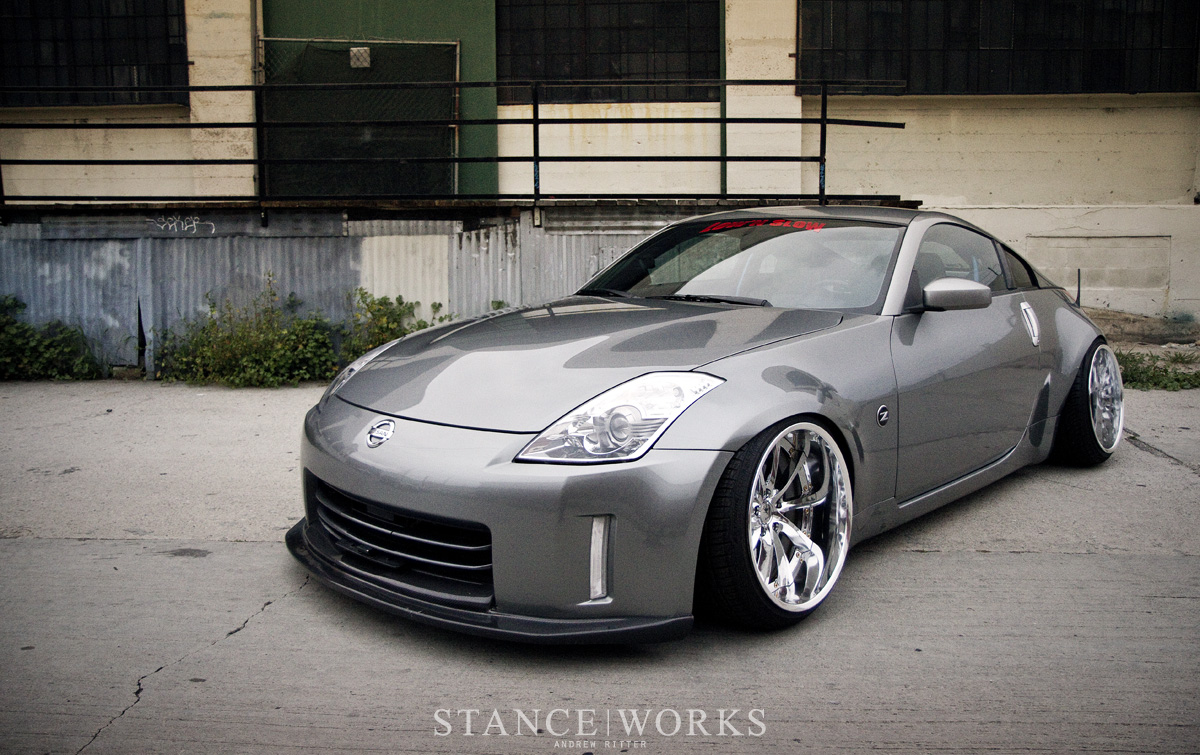 However, when brought together by the Low'N Slow boys, their similarities become strikingly obvious, and it's only made better by the fact that all four cars share a nearly identical color. 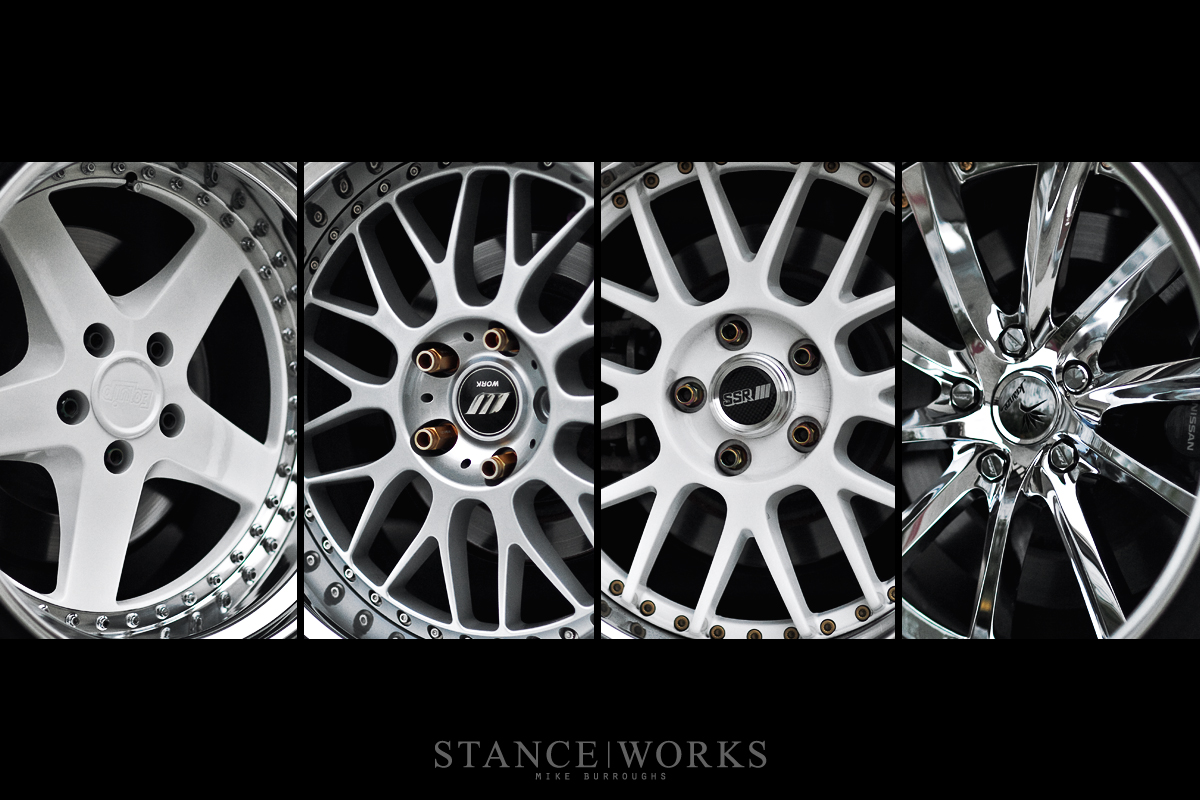 Each of the guys runs their own, unique style of wheel. Noel's white SSR MS1Rs  are a less-than common setup and are executed perfectly. Victor's G compliments Noel's with his white-centered Work equips, a wheel that is common yet made unique by the white finish and stepped lips. Squire's Z sit on the set of Weds Kranze Vishunus for a mashup of sport and VIP flavor. Last but not least, Chris's G runs the tried and true Work VS-XX, giving the whole crew a well-rounded grasp of the Japanese wheel market. 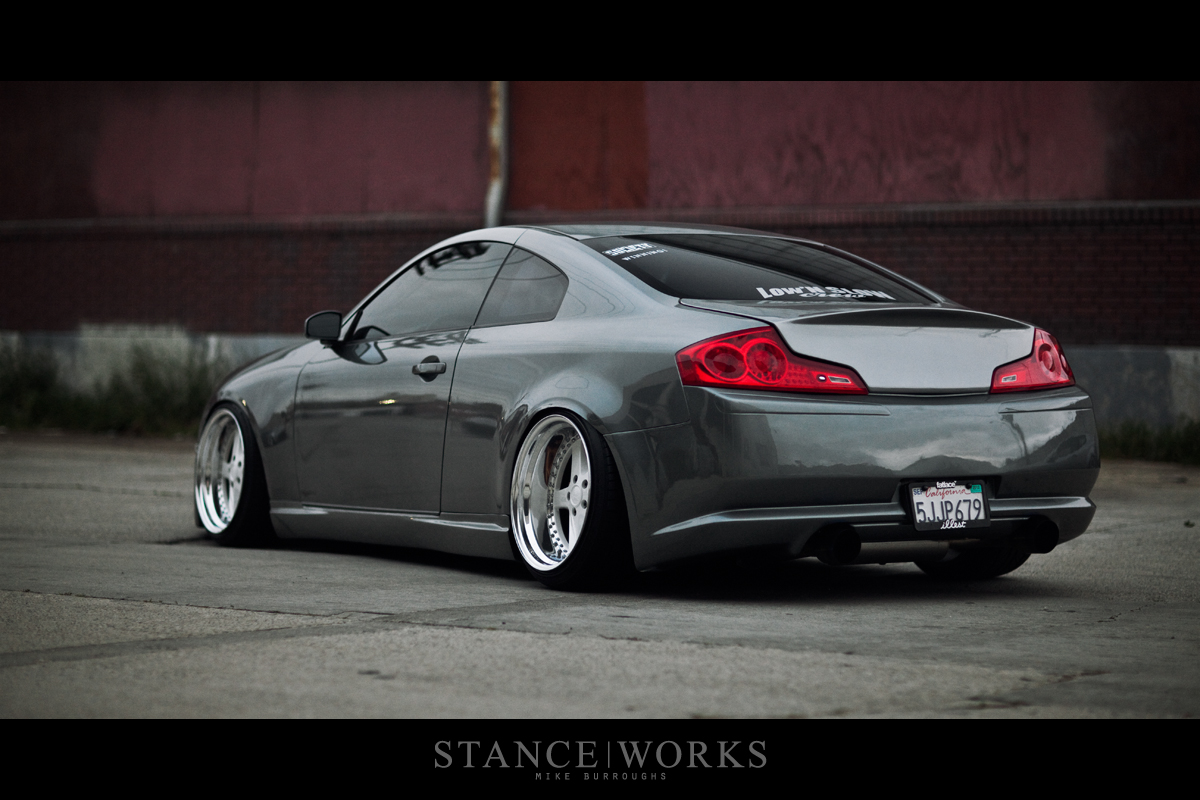 With the Z/G community constantly pushing the limits of what wheel and tire sizing can be crammed under the fenders, it becomes a tough place to stand out from the crowd. With such popularity of the chassis comes a need for owners to find new ways in which to modify their cars so as not to blend in with the status quo. While the boys certainly haven't taken a giant leap for the Nissan community, they've kept their wits about them and have stayed true to simplicity, and thus it's with good reason that their cars catch attention. 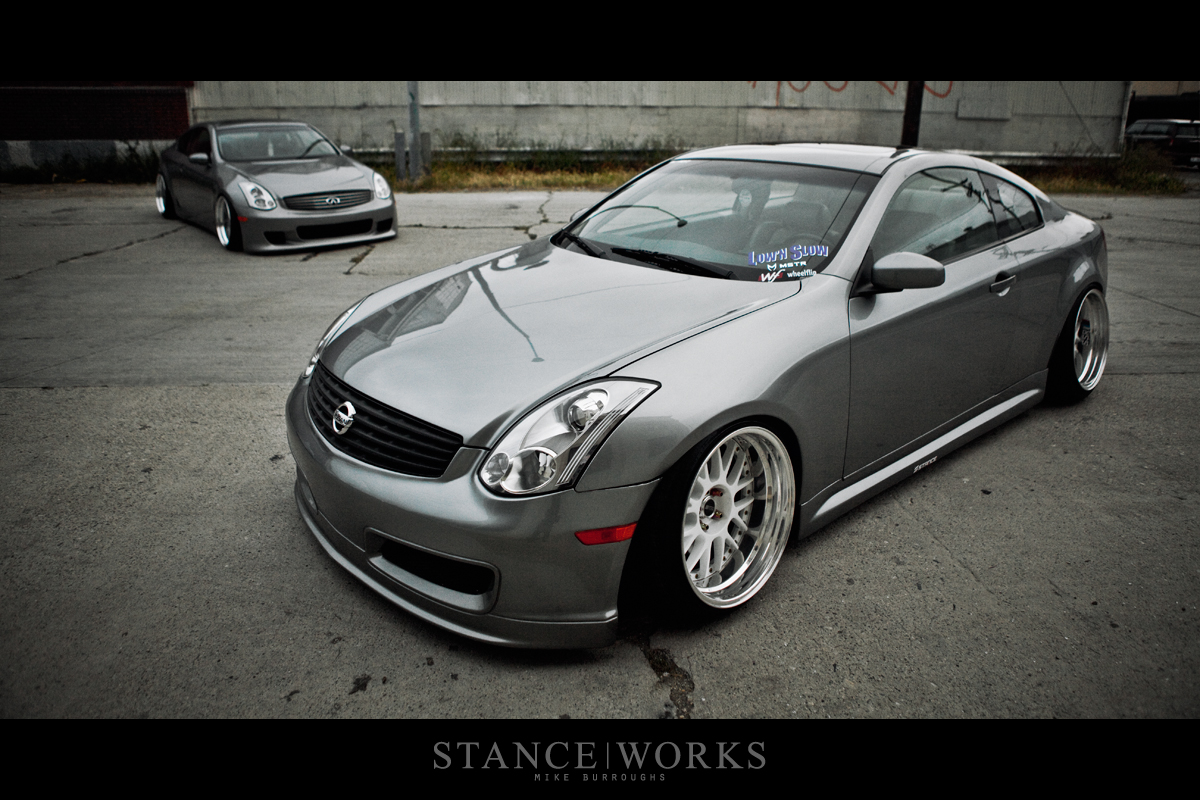 Best of all, they unite through their common (love for) automobiles. We've praised the L&S crew before, so there's no need to go on repeat; but we can say that if you're missing out on the joys a local car club can bring, it's time you and your friends get together once a week over burger or beer and see where talking shop will get you. 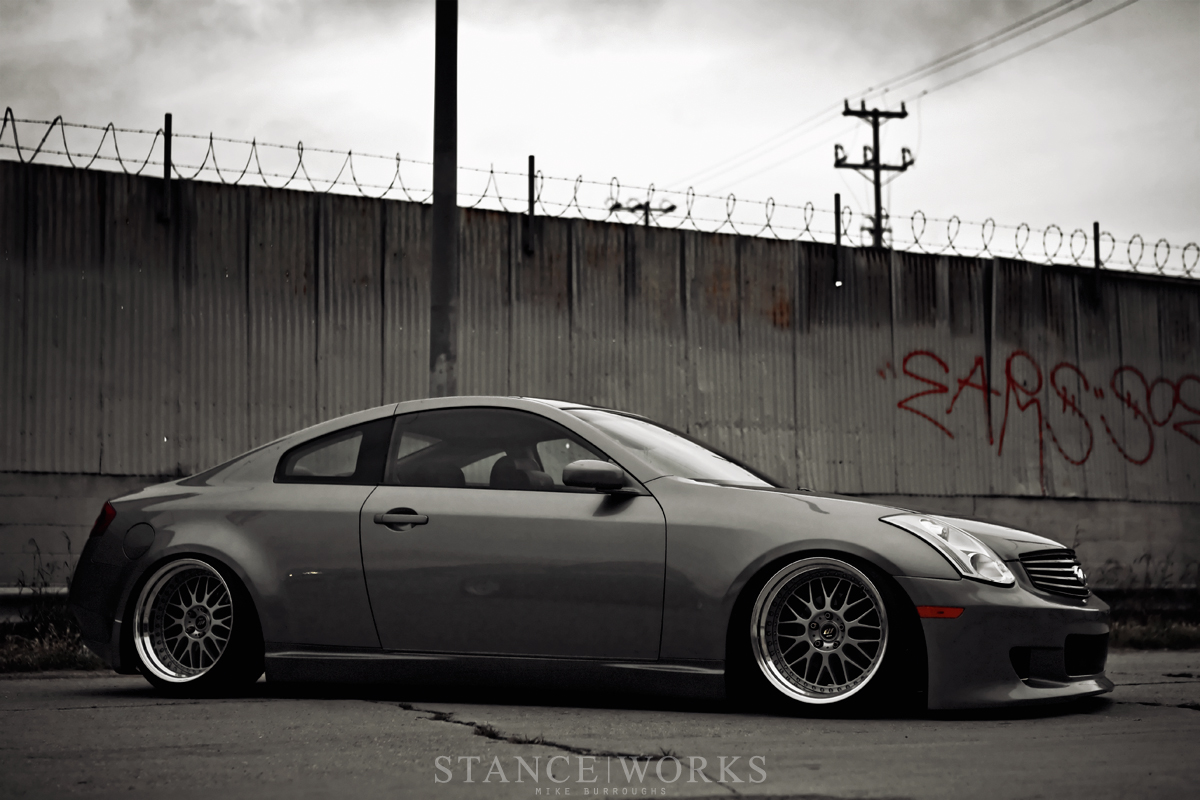