Having made a serious name for himself with his previous build, a black-on-black Lexus SC, Milt Salamanca has been putting fender strength to the test for years now. Touting the license plate "SCWEET 1", the car was notoriously broad in the shoulders, sporting a widebody capable of fitting what seemed like a dually rear end underneath it. However, as everyone learns one way or another, all good things come to an end. Milton sold the car and moved on, this time to his equally well-known Nissan 350Z. 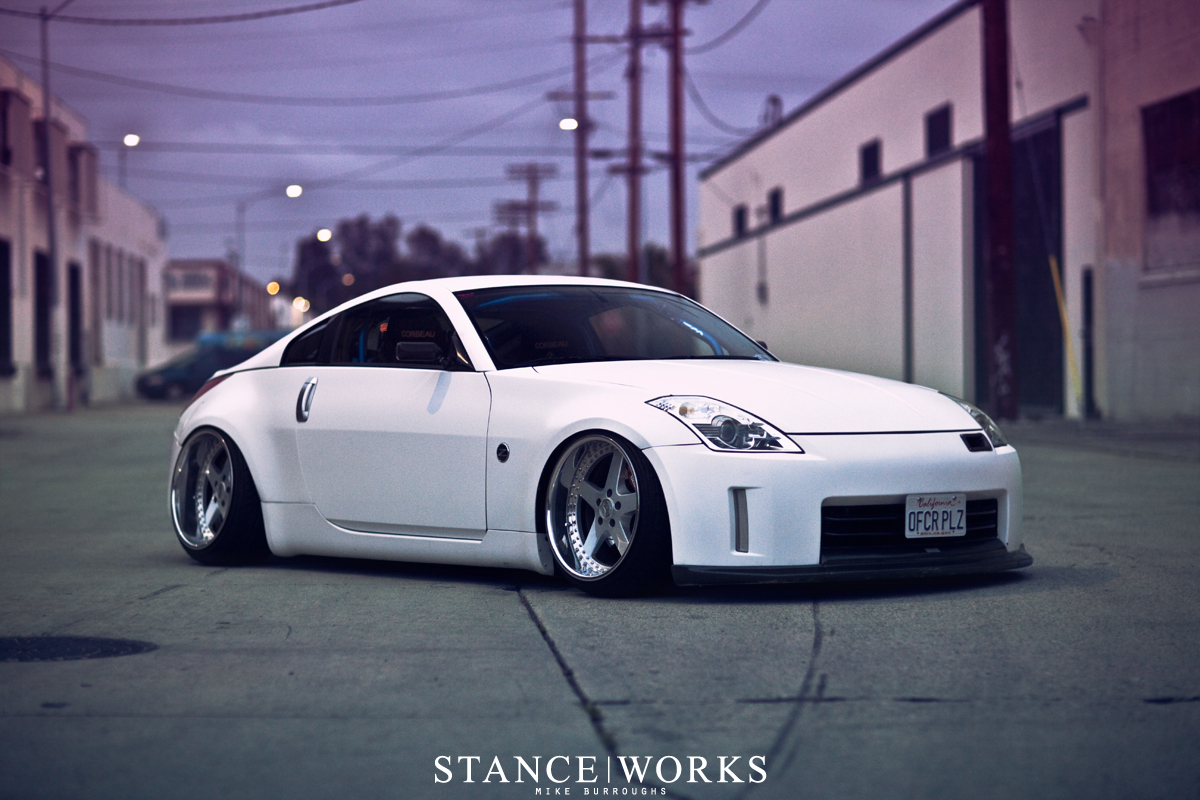 Milt has watched the scene grow from its adolescence to its prime, helping father it along the way by pushing boundaries and leading the pack. His Lexus quickly established him as having serious staying power within the community; someone who wasn't afraid to push a car to its limit... and further. It became a car that was a staple of the "hellaflush" mentality and a poster child for all things "stance". It was, to say the least, an important stepping stone in the path the automotive community has taken to get to where it is today. 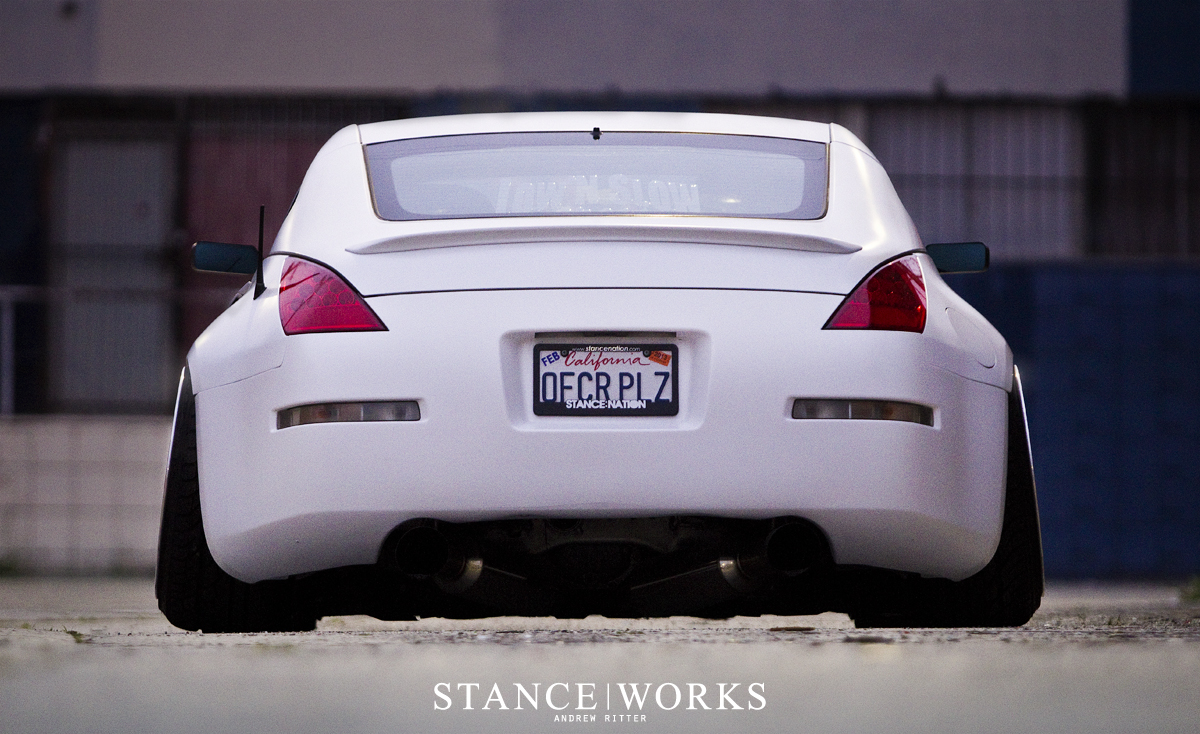 Today, Milt's 350Z has made the rounds, most famously on a set of deep-blue centered Garsons; however, he has recently made some changes that might invoke memories of the 'ol black beauty. He's back on Work Equips again and they're fitted just as well as ever. Flat white paint and reverted headlights add a subtle difference to the car's last iteration, yet keep it from seeming loud and obnoxious, screaming "look at me!" 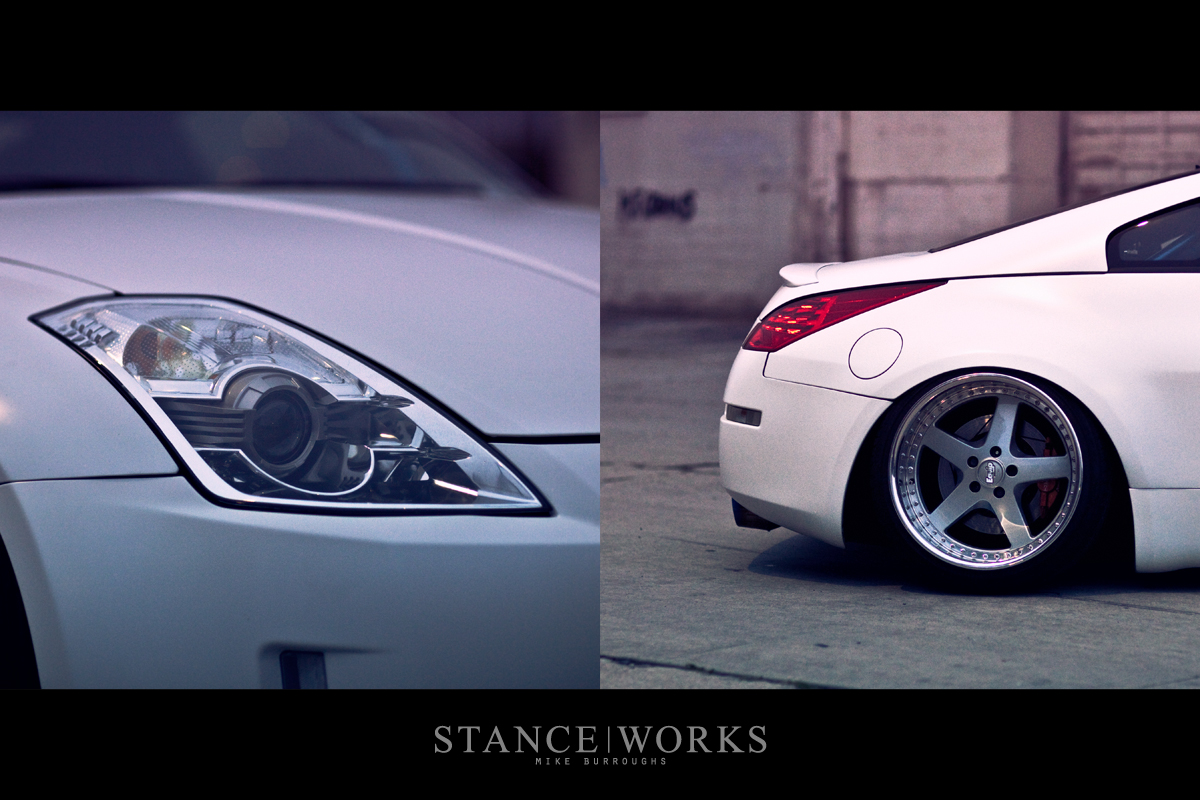 While building two cars that have gained serious notoriety gives Milt some clout, he's done something substantially more noteworthy for the scene. As one of the founders of the Low'N Slow crew (featured April 5th, 2012) he's brought together a group of enthusiasts and formed nothing short of a second family. After all, there's nothing better in this world than a group of friends to confide in. It's easy to see why Milt has had this effect on people... He's one of the most genuine and kind-hearted people I've come across. 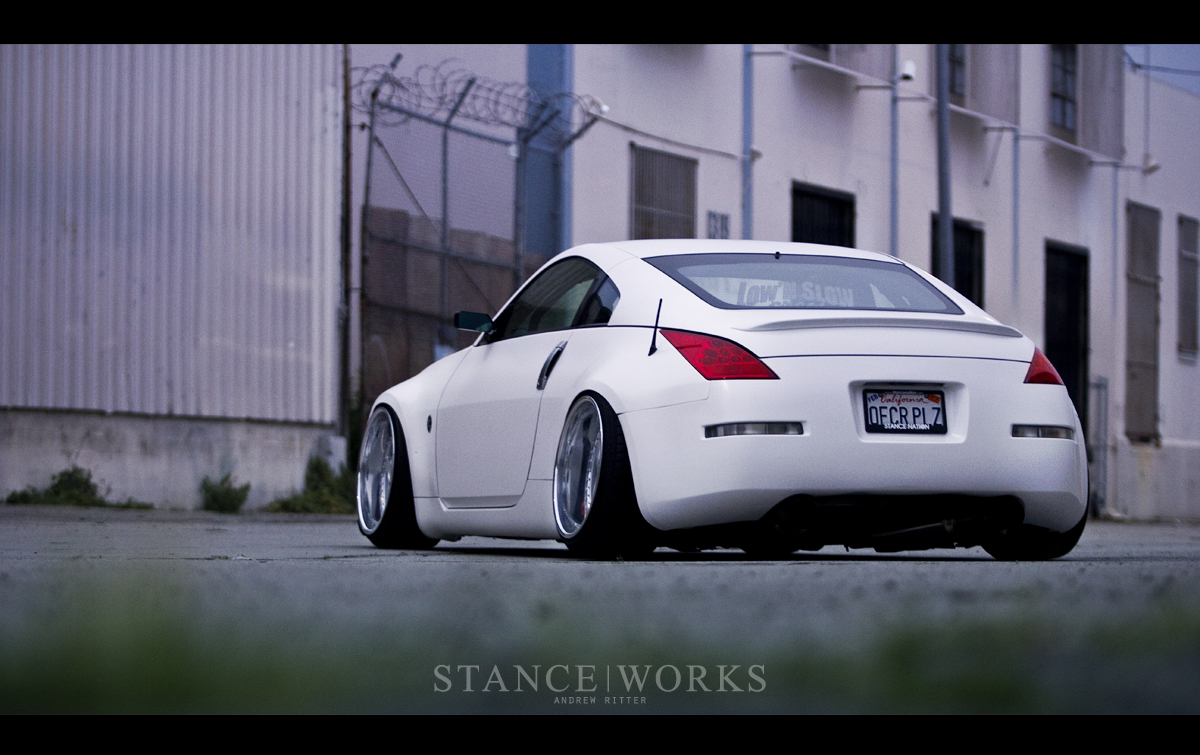 Many of the Low'N Slow members look up to Milt as a bit of a father figure. While Milt didn't solely start the crew, he's the last of the remaining originators and he's put in due effort to ensure the family stays on track. From cookouts and get-togethers to nights out on the town, the crew has transcended the realm of simple automotive-based friendships into something much deeper. In turn, however, it's a step forward for the automotive scene as a whole. It carries forward the idea that people you meet outweigh the trophies you win at shows. 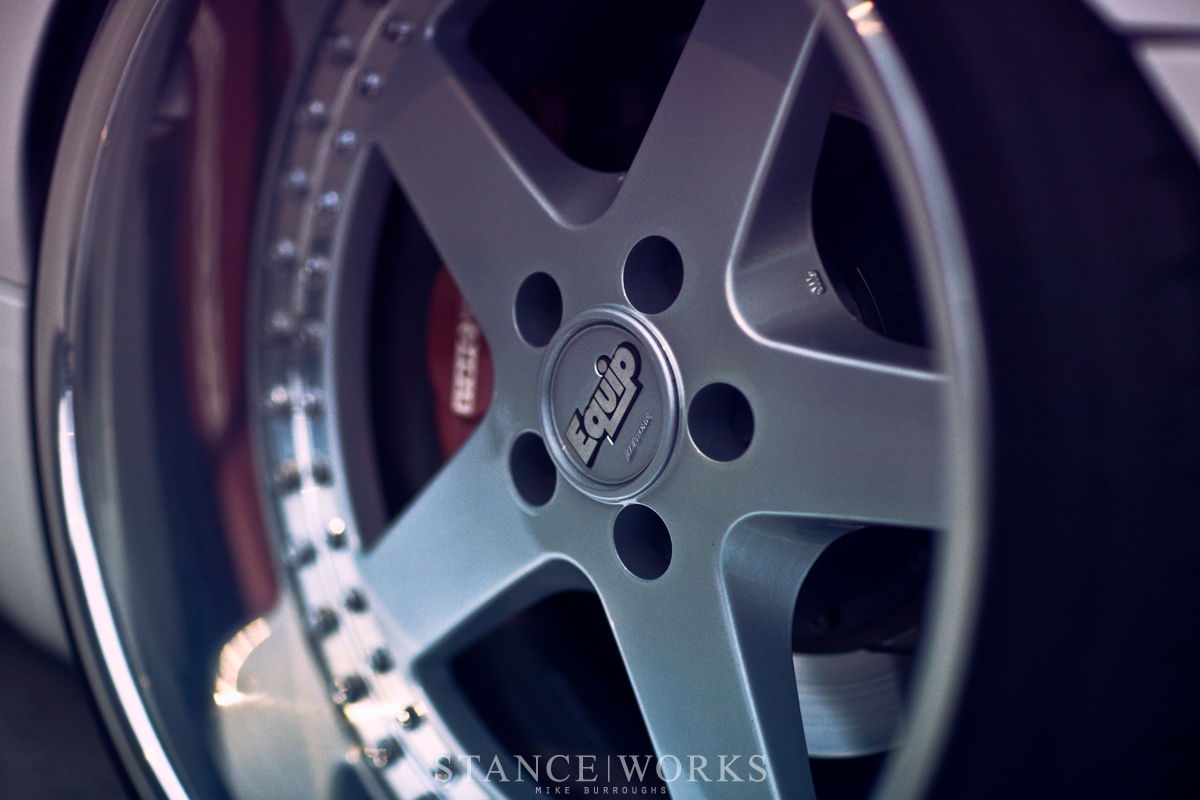 As always, it's one thing to give credit those who have built a noteworthy vehicle (or two); but it means much more to give credit to those who play a role in nurturing the growth of the community. While so many follow the leader or hop on the bandwagon, Milt is out there making things happen, and instead of letting things pass him by, he's grabbing ahold of it, taking from it what matters most. 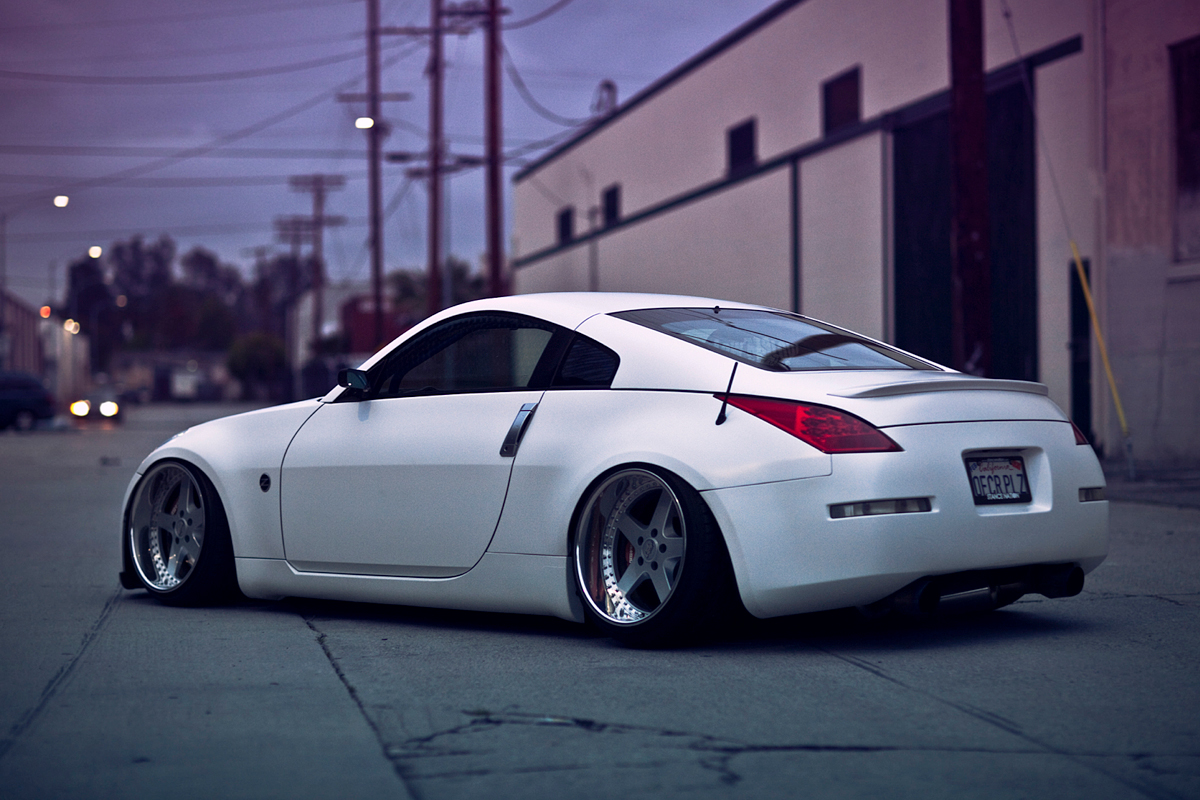