12 years is an impressive amount of time to own a car. Many of us have started and finished several projects, sometimes more projects than we're able to remember. To see a project through, especially one that takes such time and dedication, speaks to not only true enthusiasm, but a true bond between a man and his car.

Jamie Conlan's 1995 GTi is a car worth sharing; not only because of the completed product and the top notch craftsmanship, but because of the story that goes along with it. At 19, Jamie longed for a MK3 VW, but figured he simply wouldn't find one he could afford. But as luck would have it, Jamie found the right car for the right price and didn't let it get away. "I drove it to my local shop directly from picking it up at the dealer to get a Bosal Brospeed 2.25” exhaust installed. I didn’t quite know exactly where I wanted to take the car, but at least knew I wanted to cover the bases." 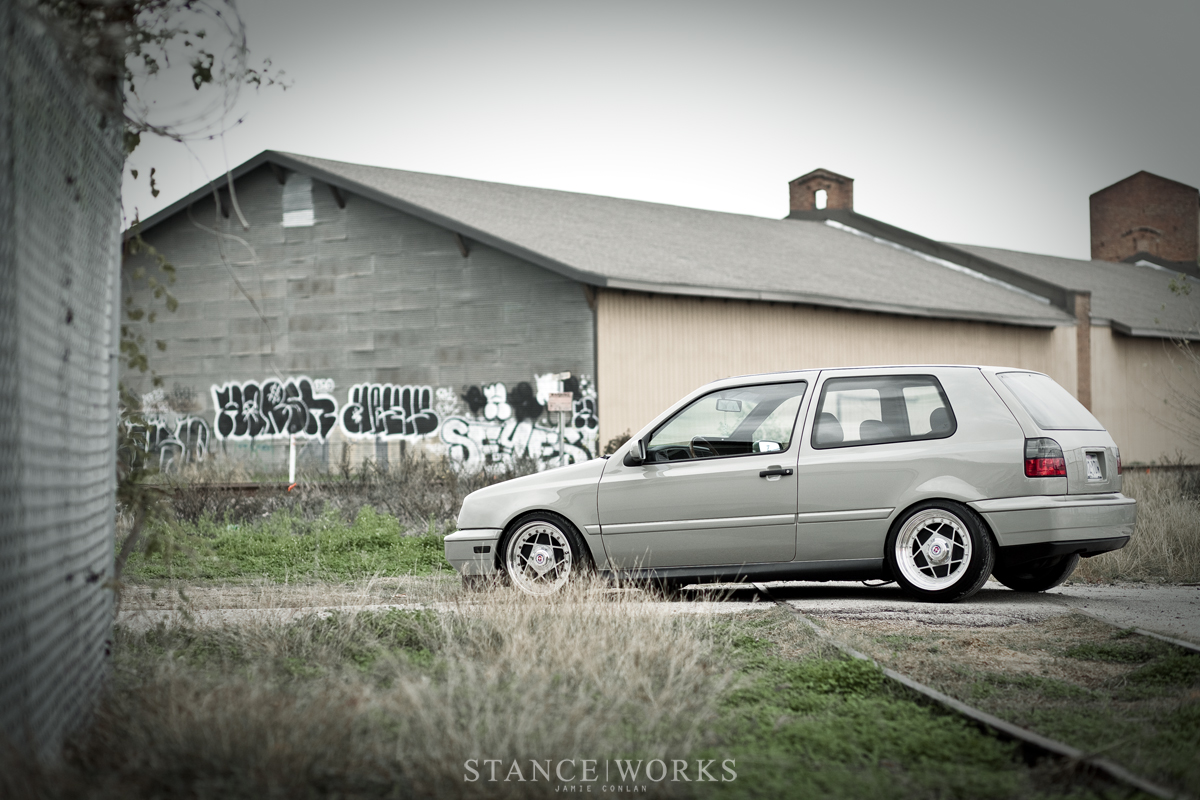 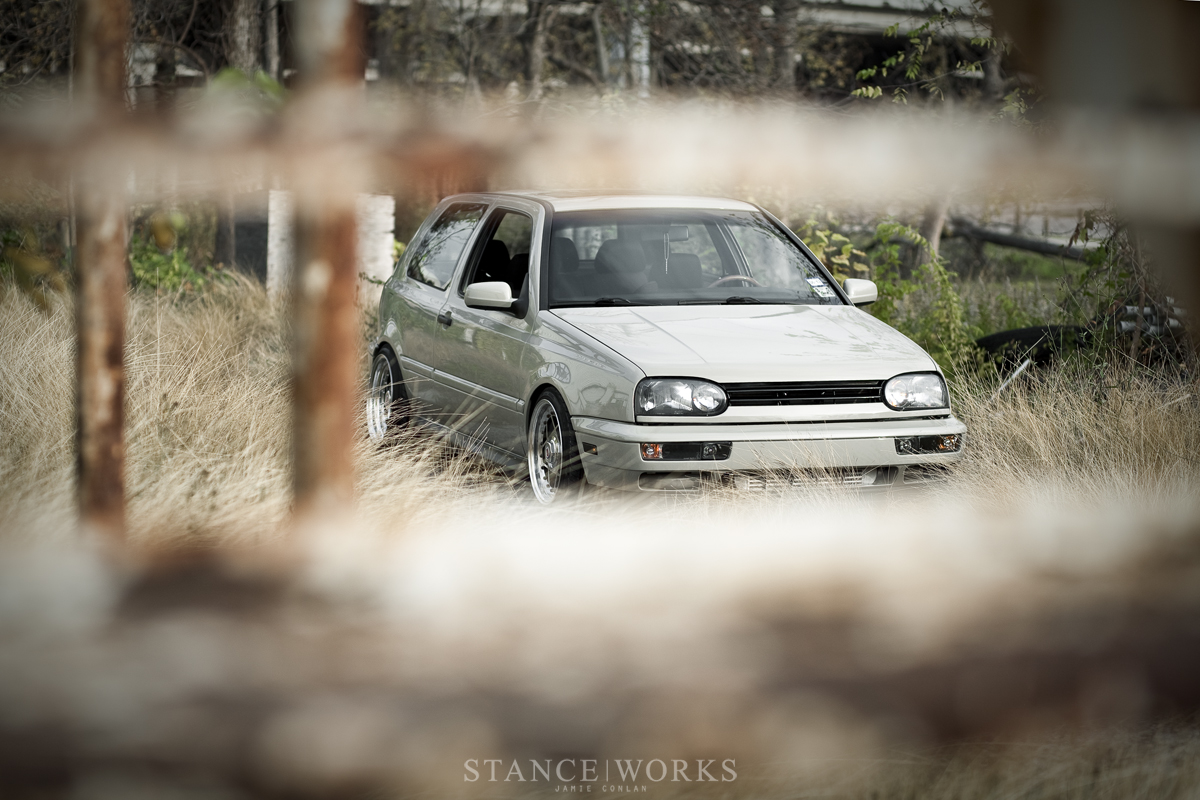 To say he hit the ground running is rather fitting. But as M. Night Shyamalan would approve, Jamie's story has a twist. Just one year in to owning the car, he was accepted into the School of Visual Arts in New York, NY. Jamie decided it simply didn't make sense to take the car with him from Texas to New York, so he sold it to a friend and said goodbye. Fortunately for Jamie, he had one hell of a girlfriend. Two years of complaining about missing his MK3 lead her to crafting one seriously special surprise. 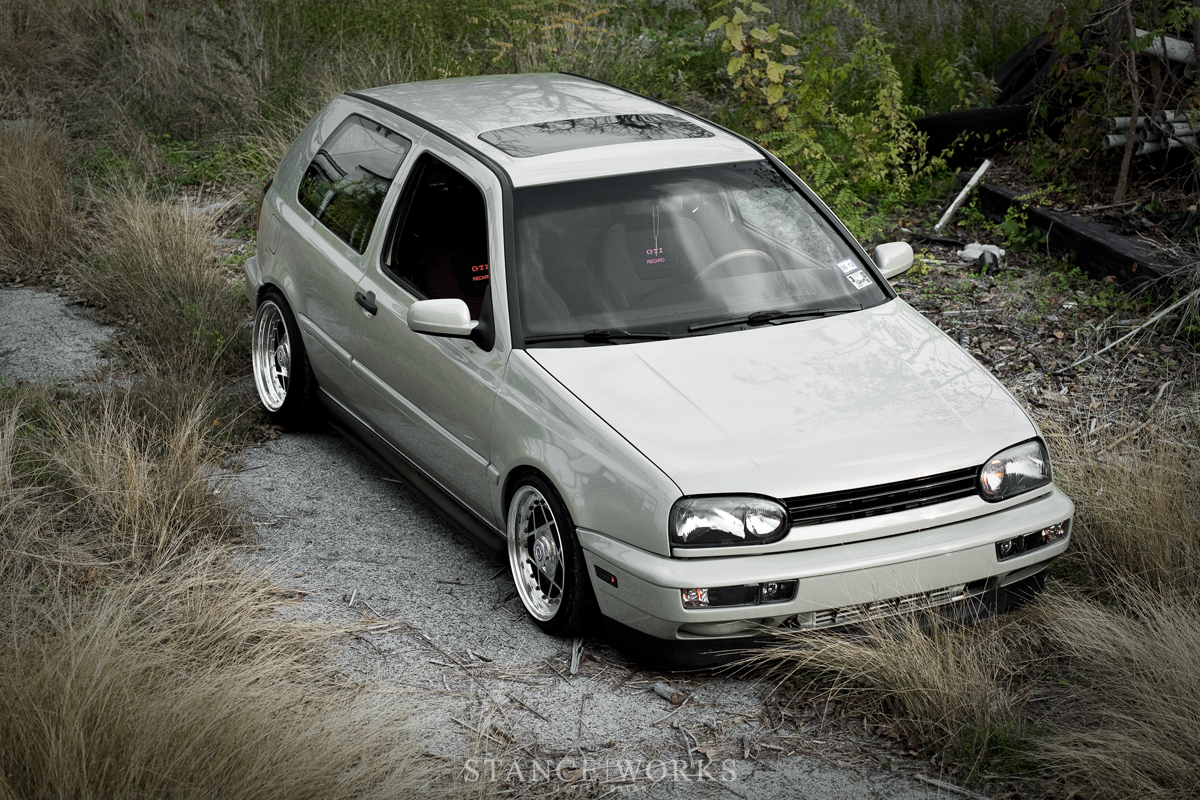 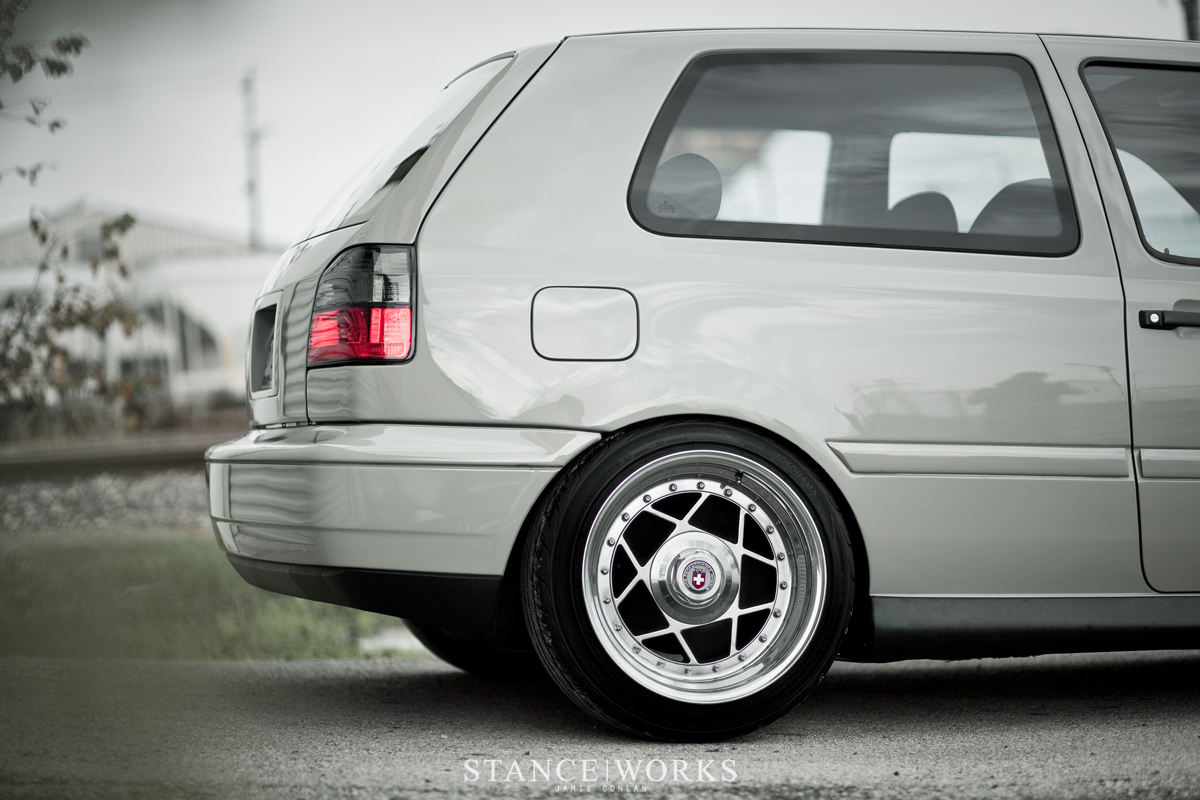 Jamie's girlfriend moved from Texas to New York to be with him, and with her she brought the little red GTi Jamie missed so much. Fast forward to now and the most obvious thing is that Jamie's car is no longer red. Choosing the color took no time at all. "My friend came across the Champion Motorsports “Man From Chile” gray 996 Turbo and I knew from that moment that I had to paint my car the same color.It was finding the color itself that took some time and diligence. "It took me about a year of detective work and a lot of help From Russ Taylor to finally discover that the color was actually a 1956 Porsche 356 color called 'Mode Grau.'" After the discovery, Jamie took the car to Pat's Paint Werks in Baytown, TX for the color change. 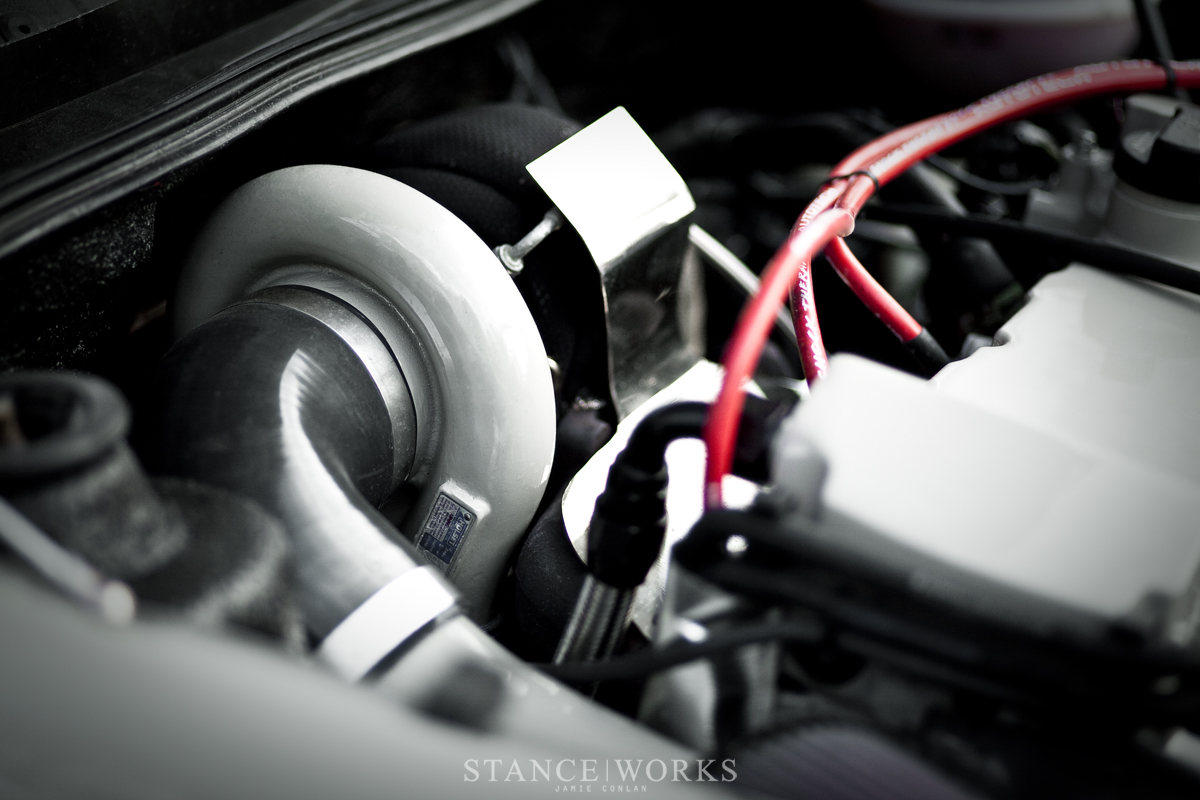 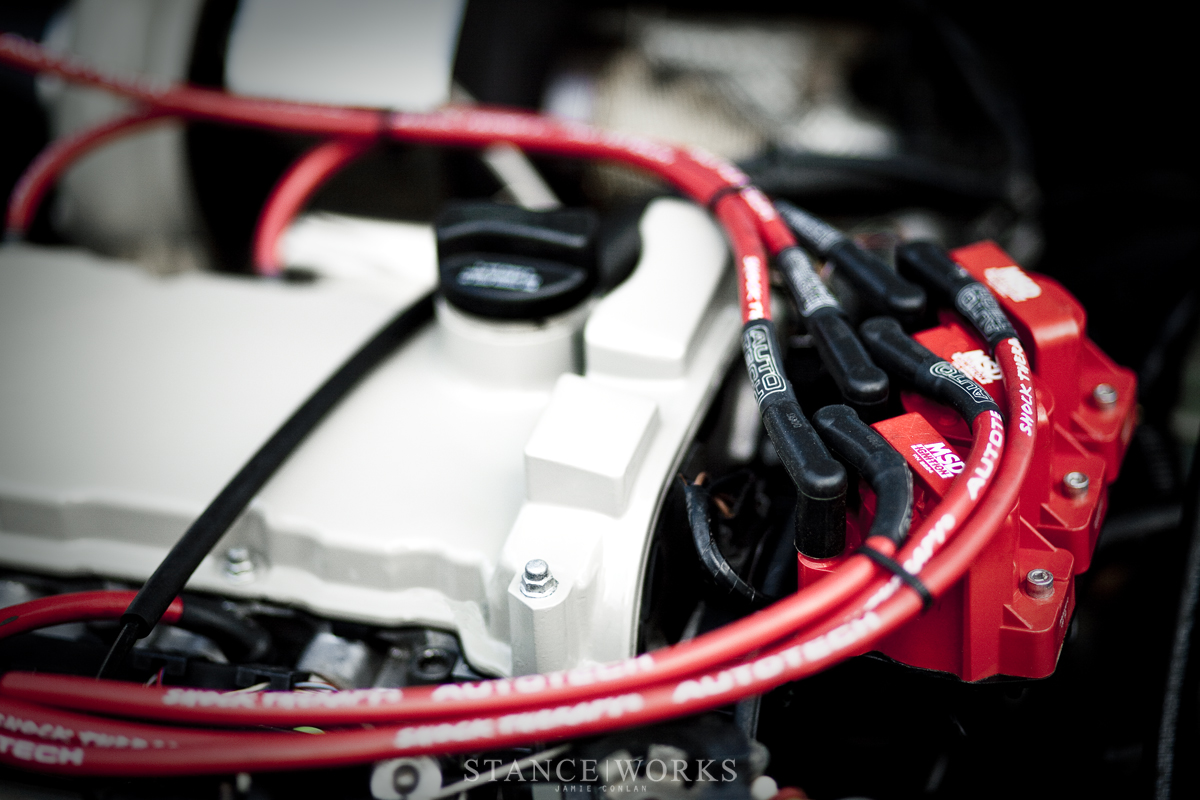 To accompany the paint choice and the HRE 505s that completed the exterior, Jamie turbocharged the car. Jamie fought through wiring problems for quite some time before finally sorting the car out. But now, Jamie tells me the boost is his favorite part of the car. 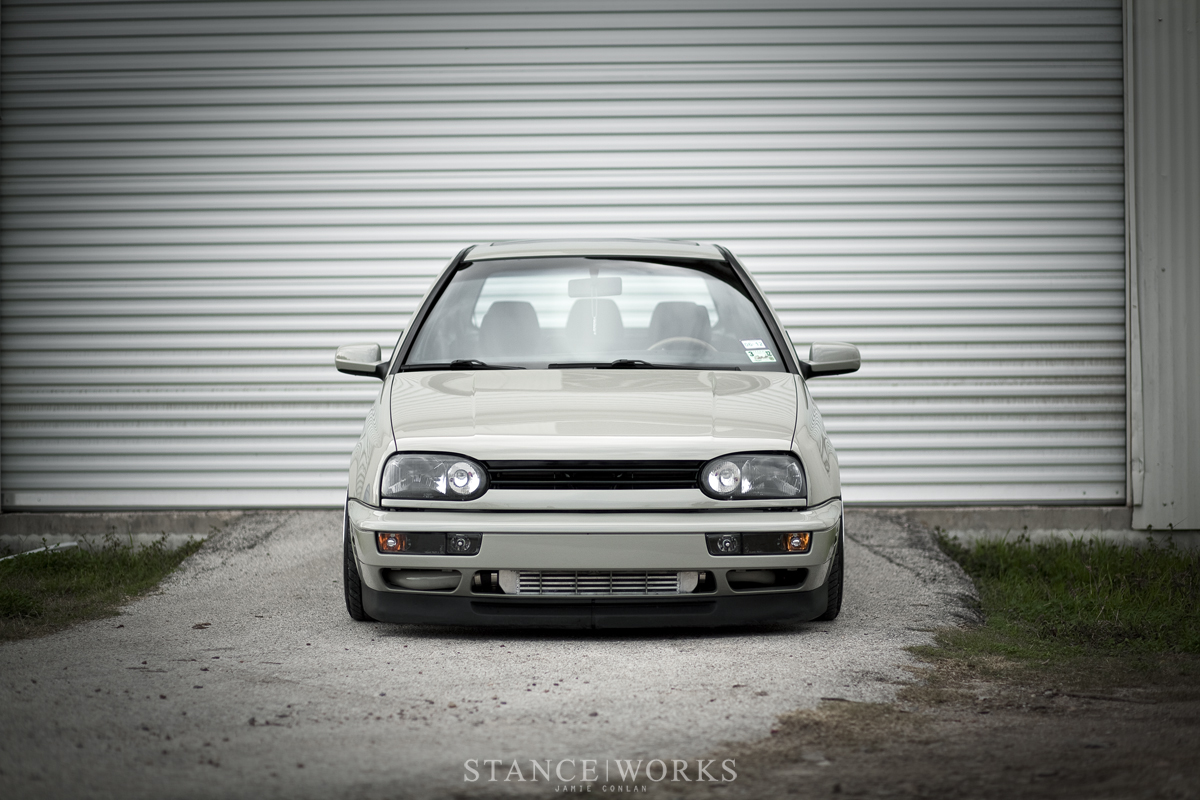 And so 100,000 miles later, Jamie considers his project complete. "I don’t really have any more desires for this car. I have built it exactly the way I wanted it to be." But the path to completion has been a long one, with friends and family helping the entire way. Perhaps the strongest critic? Well, Jamie's a smart guy. He married the girlfriend who got the project back on track, and now says his full credit for the car being where it is now goes to his wife and son. And without the help of his two buddies, Doug Pascual and Clay Hundley, there likely would have been a wrench unturned.