There's a good chance that if you live anywhere close to fellow like-minded car enthusiasts, you get together with some regularity "shop talk" and wrench sessions. It's one of the beautiful things about the car community: its ability to unify and bring people together in the name of an  love we all share.  It's a bond that is simply inexplainable to those who don't share it with us.. For many of us, it's is our machines that kick-start the relationships we share with our closest friends. Car crews and clubs are an essential part of the lifestyle we live, and in an effort to celebrate camaraderie and community spirit, we spent our Saturday afternoon hanging out with the Low'N Slow crew. 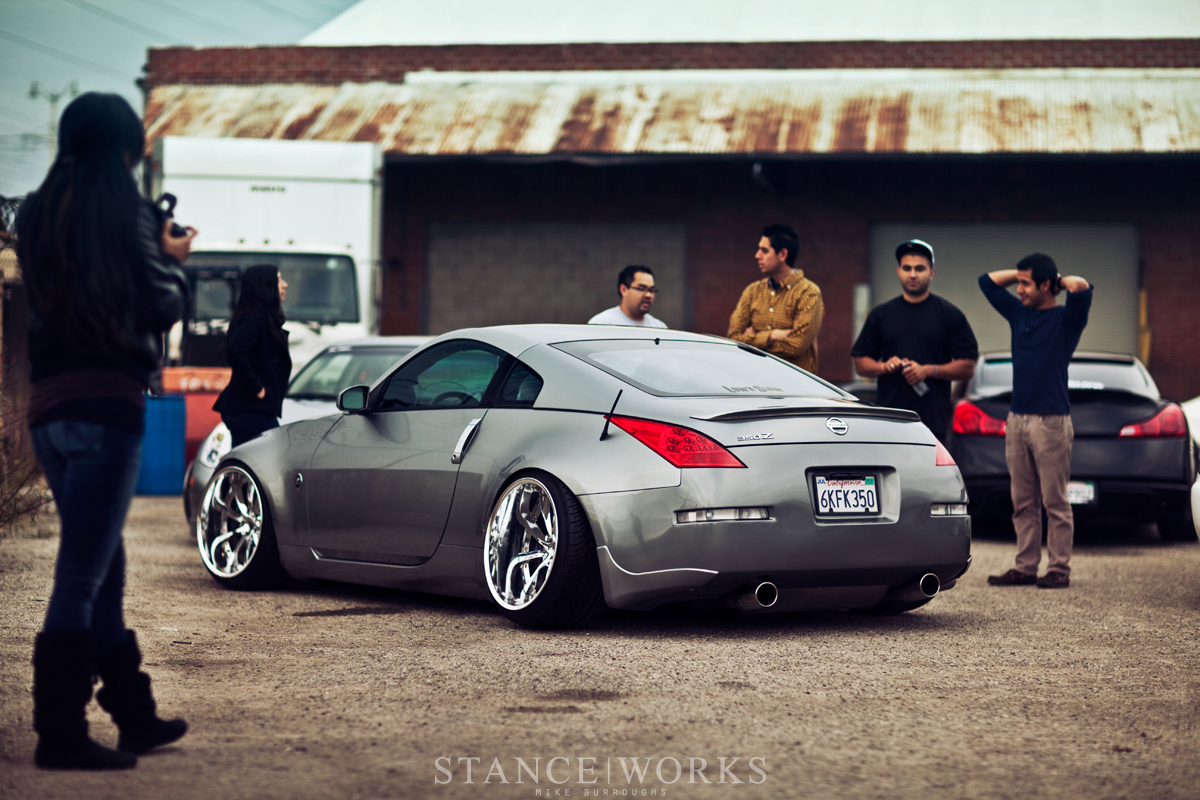 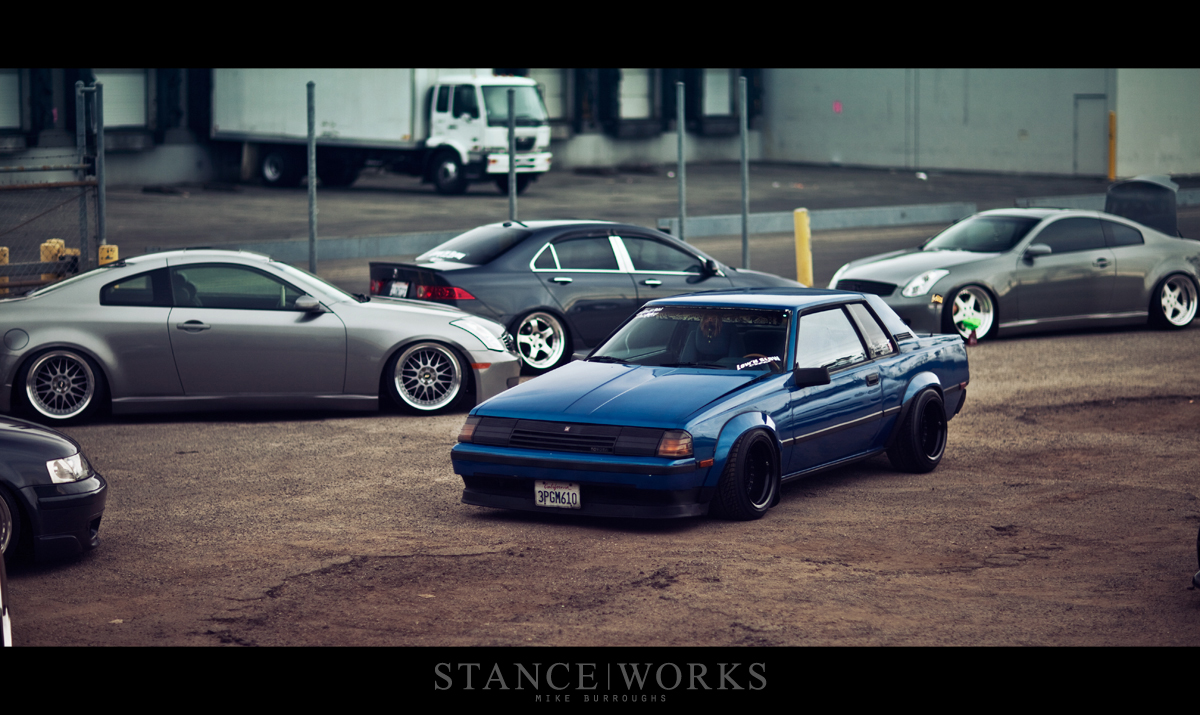 The dull gray skies and low-hanging clouds made for an unfamiliar ambiance over the broken Los Angeles tarmac. We met up in East LA, notorious amongst photographers for its numerous bridges, characteristic alleyways, and industrial landscapes. It seemed more than fitting to put the crew in their home turf. As the cars rolled in to the lot one-by-one, it was abundantly clear that not one member of Low'N Slow was taking shortcuts on their cars. Every last one was hovering above the ground with faint traces of rubber gracing little paint that remained on their fender arches. Each car bumped and dodged its way around the potholes and canyons scattered throughout the lot. 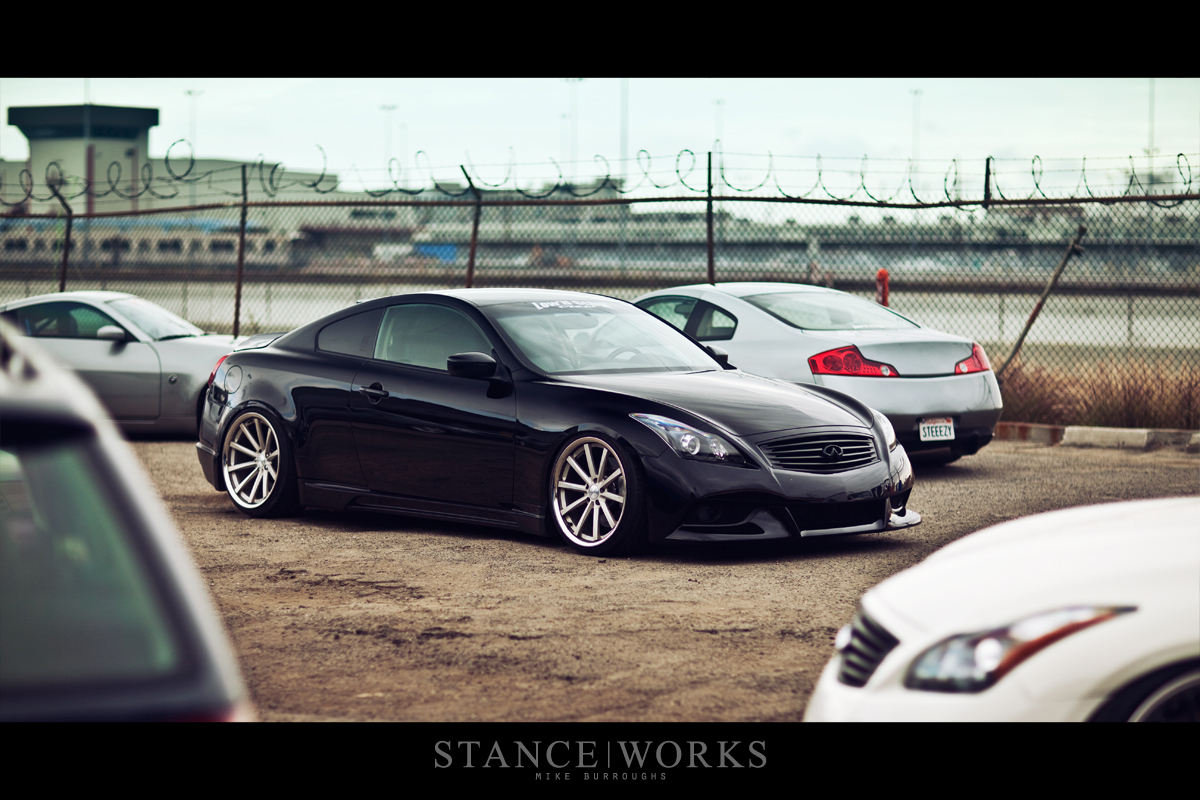 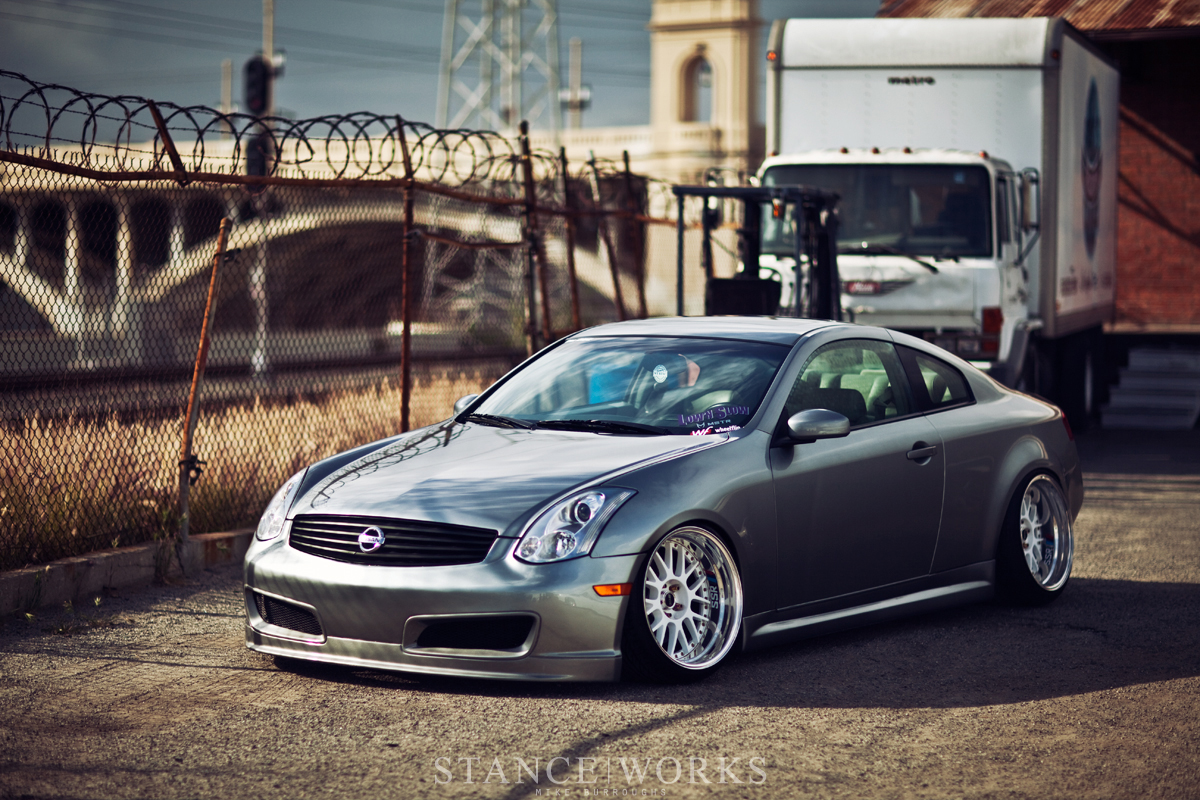 I told everyone I wanted them to park wherever they felt like, that we're not here for posed photos but instead for a good time swapping stories and enjoying the shenanigans that occur when everyone gets together. And of course, shenanigans were had. Milt's "Sure, why not?" attitude made his decision to park on the raised platform behind everyone a relatively simple one. Of course, that only resulted in the entire crew having to un-beach the whale. 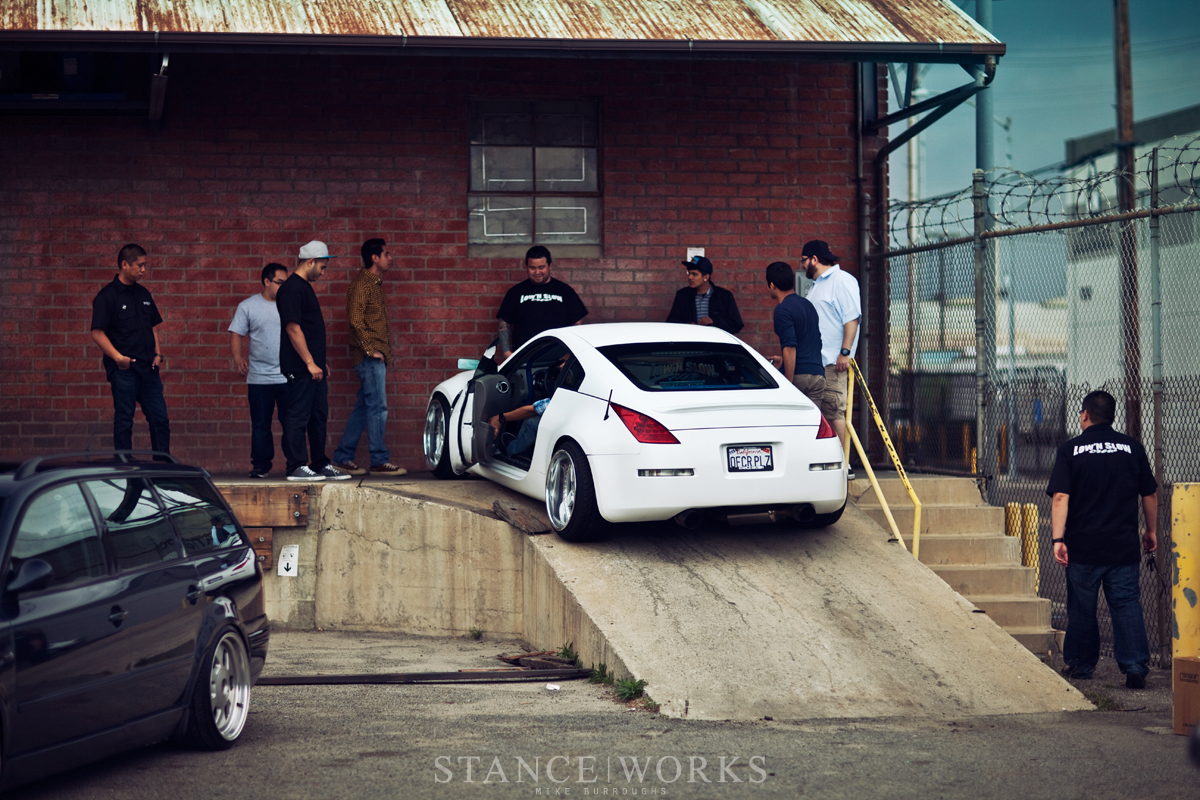 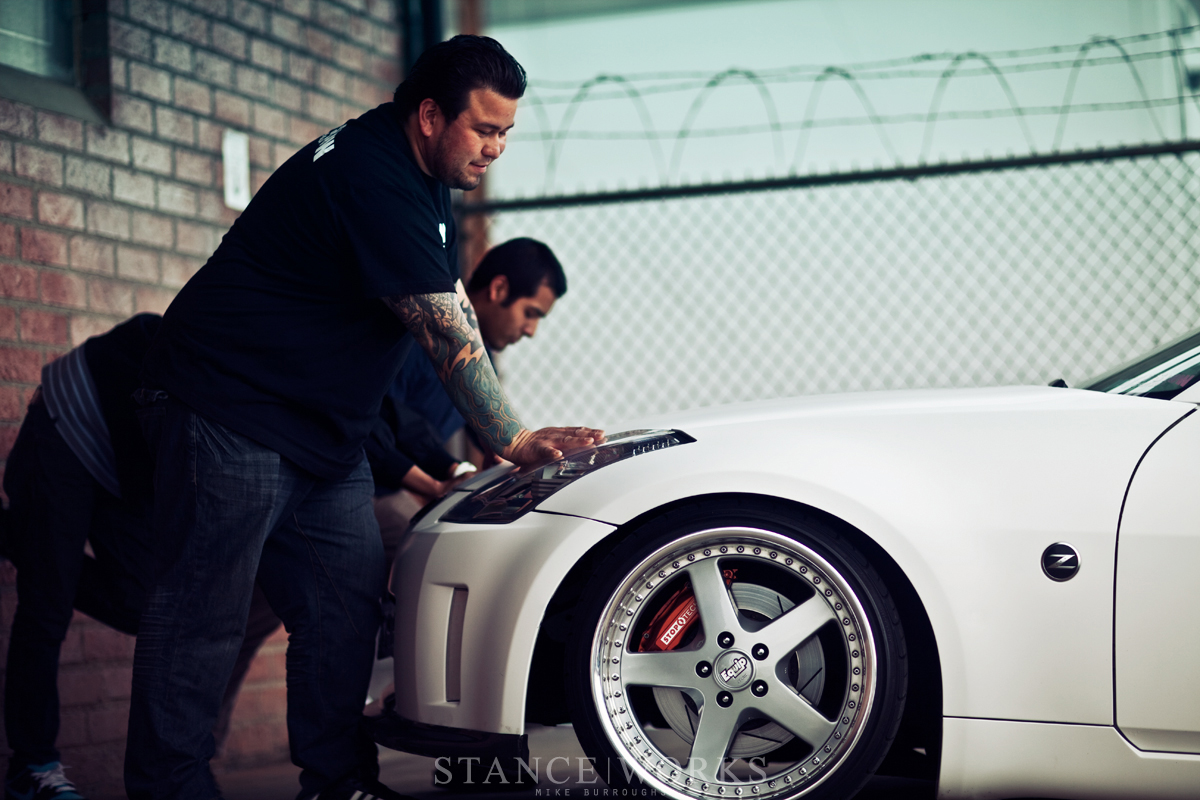 If the smiles didn't make it obvious, the laughs did. "Man, the $#!+ we do for a laugh and photos" Milt said with a smile. I'm still trying to convince him that the bent exhaust tips are a badge of honor... or something.

The sun popped out from behind the gray clouds from time to time, highlighting the brightly polished lips and details each car had. The crew's cars ranged from Japanese to Euro, old to brand new, with a wide range of wheel styles covered and on display. And while the Nissans and Infinitis certainly held the majority, the rest of the crew held their own. 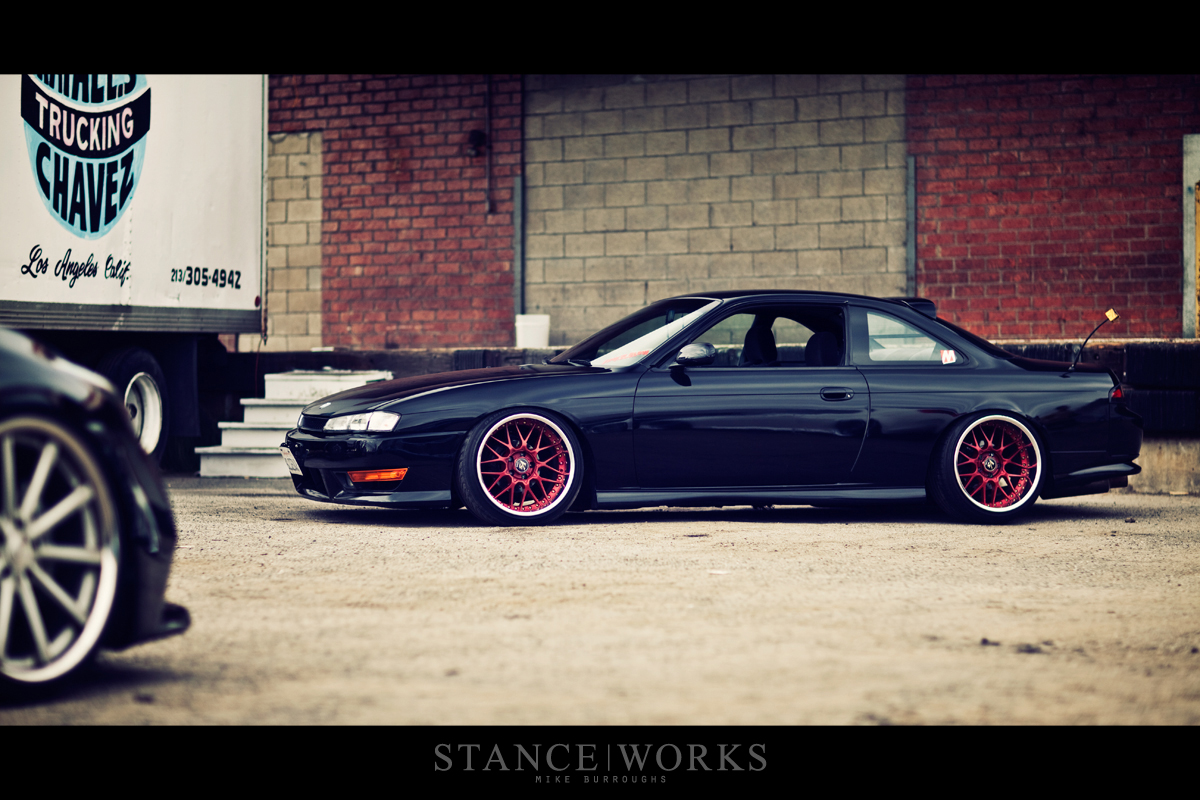 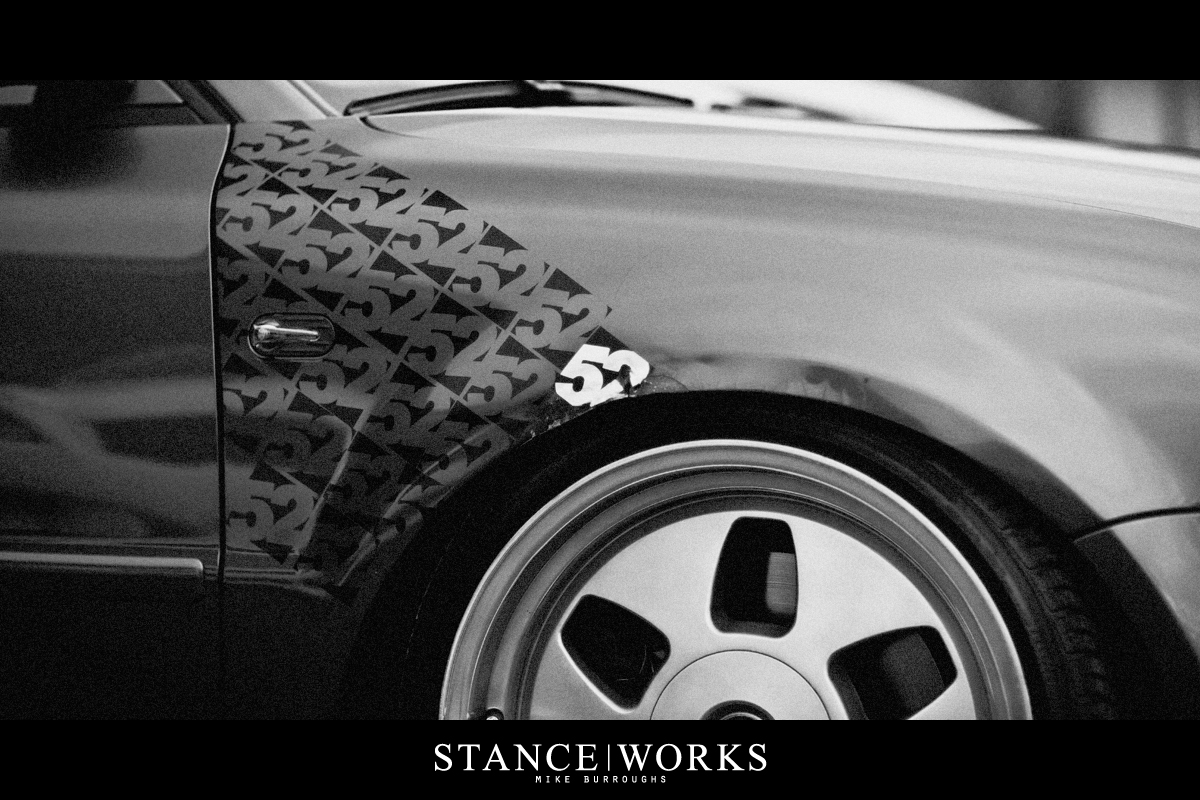 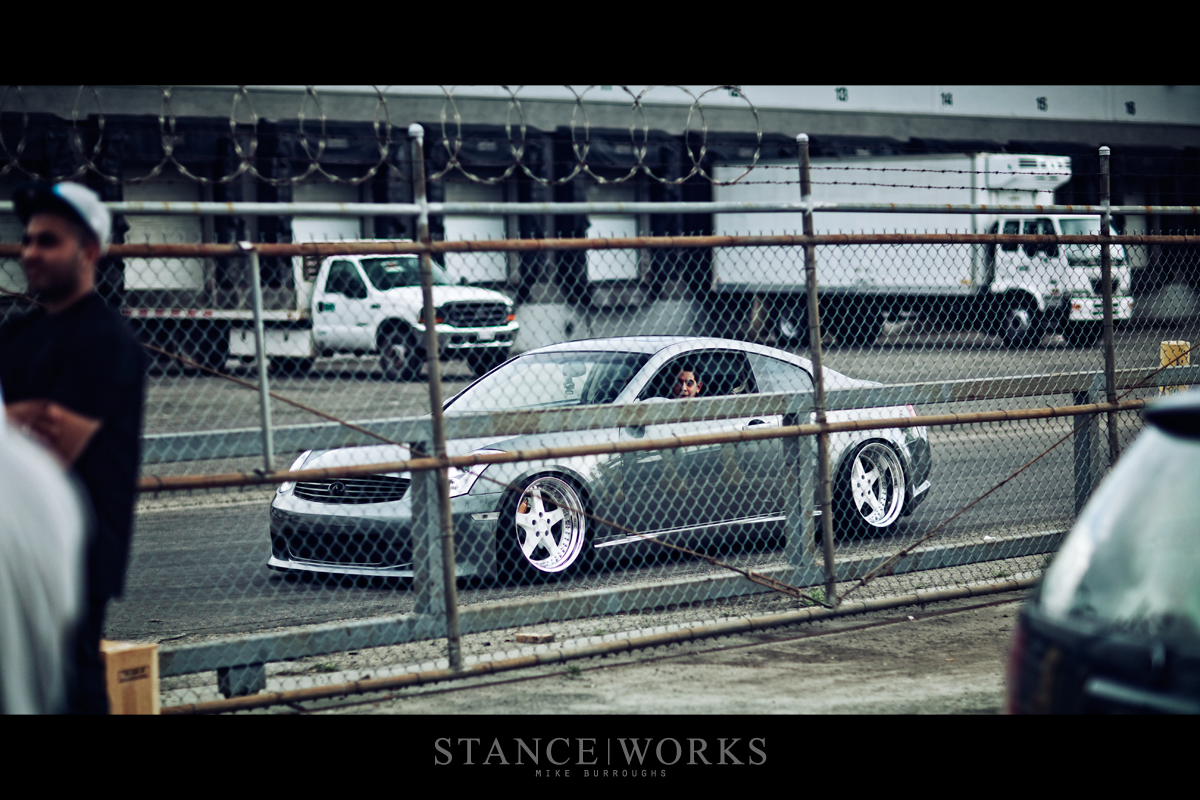 As the evening wound down I was scrambling to capture the last remaining bits of sunlight. Having all of the cars together was an opportunity to not let go to waste. Our afternoon with Low'N Slow was one well spent, getting to shoot the breeze with owners of cars both familiar and new. We're excited to showcase the crew as a whole, one of many that make up the car scene, and hopefully one of many we share right here. 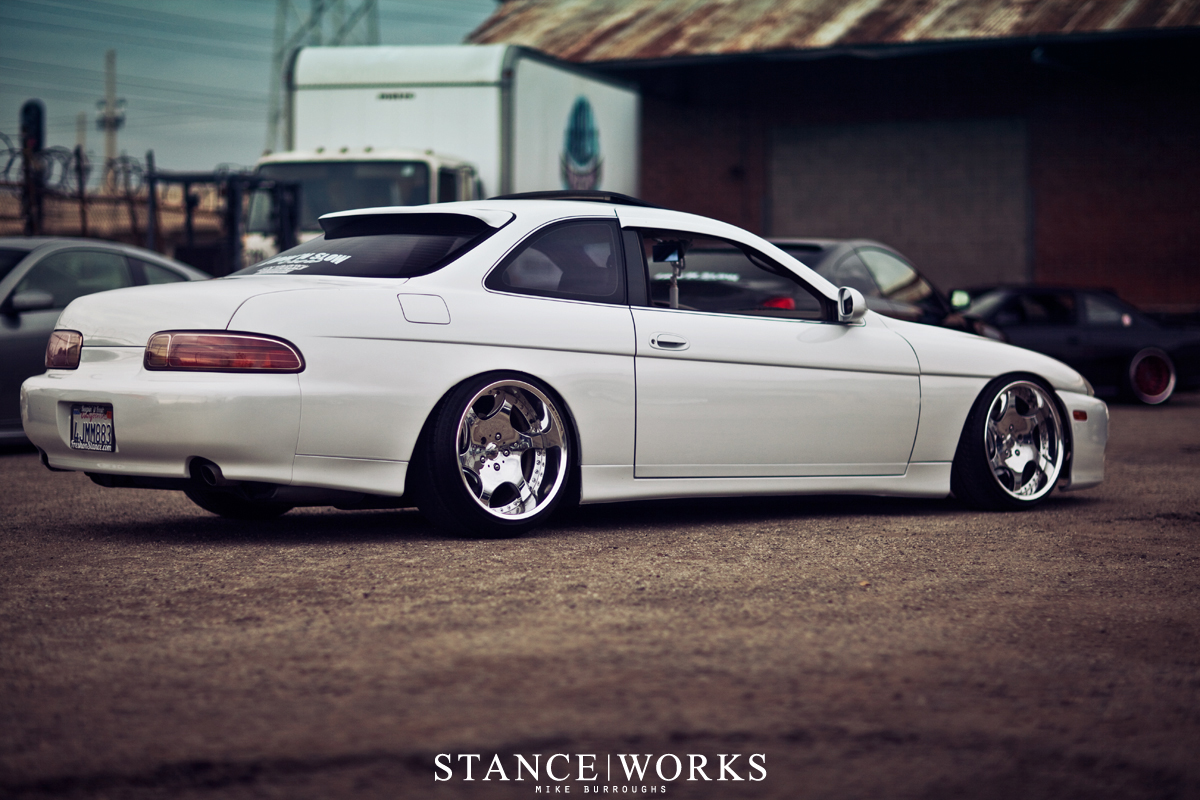