It was nearly two years ago that word of Joe Rodriguez's creation came to our attention. When a car earns the regard of the gentlemen at BMW, it's sure to be special in every way, and for Joe's car, that was just the case. Through word of mouth, trackside at Laguna Seca, our friends at BMW told of us of a build that rivaled BMW's own; one that scrutinized the details in the name of authenticity and perfection. It's easily the longest in-the-making feature at StanceWorks yet, and in the end, only one occasion seemed fitting to share: for the second feature of Shark(nose) Week, we present Joe Rodriguez's Group 5 E9 CSL Tribute. 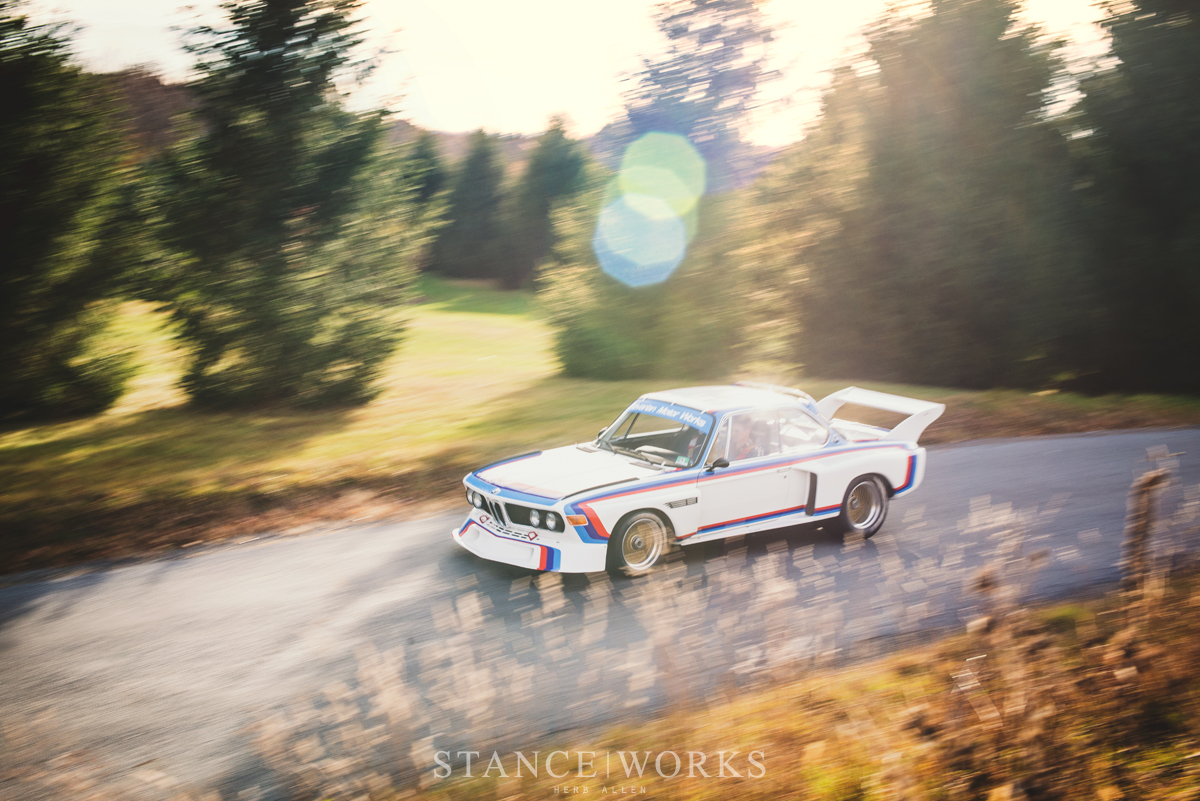 Located in Mahwah, New Jersey, just minutes away from the BMW of North America Headquarters, it comes as little surprise that Joe's creation crossed paths with the folks behind the brand. As we're told, it was a "Cars & Coffee"-type early morning gathering that brought Joe and his car to BMW's Woodcliff head office. The crowd that surrounded the Great White Shark made it clear - it was Joe's show, and Joe's alone. 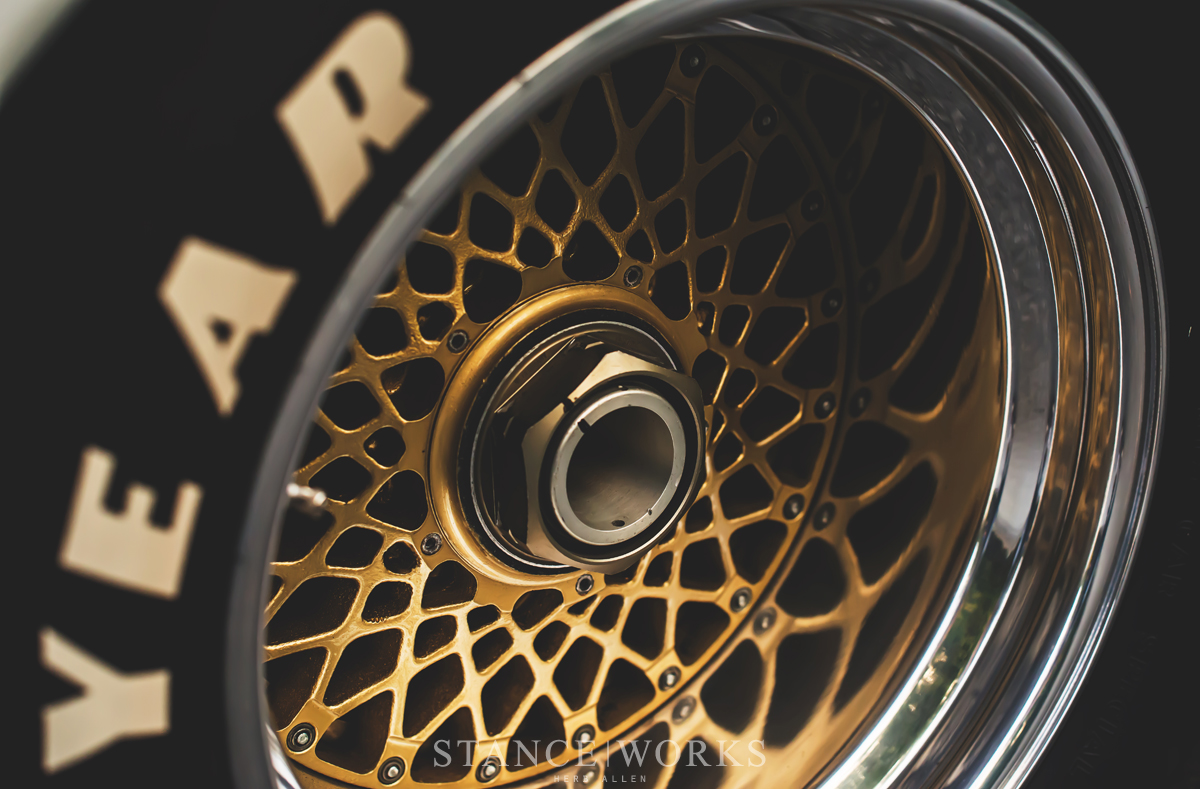 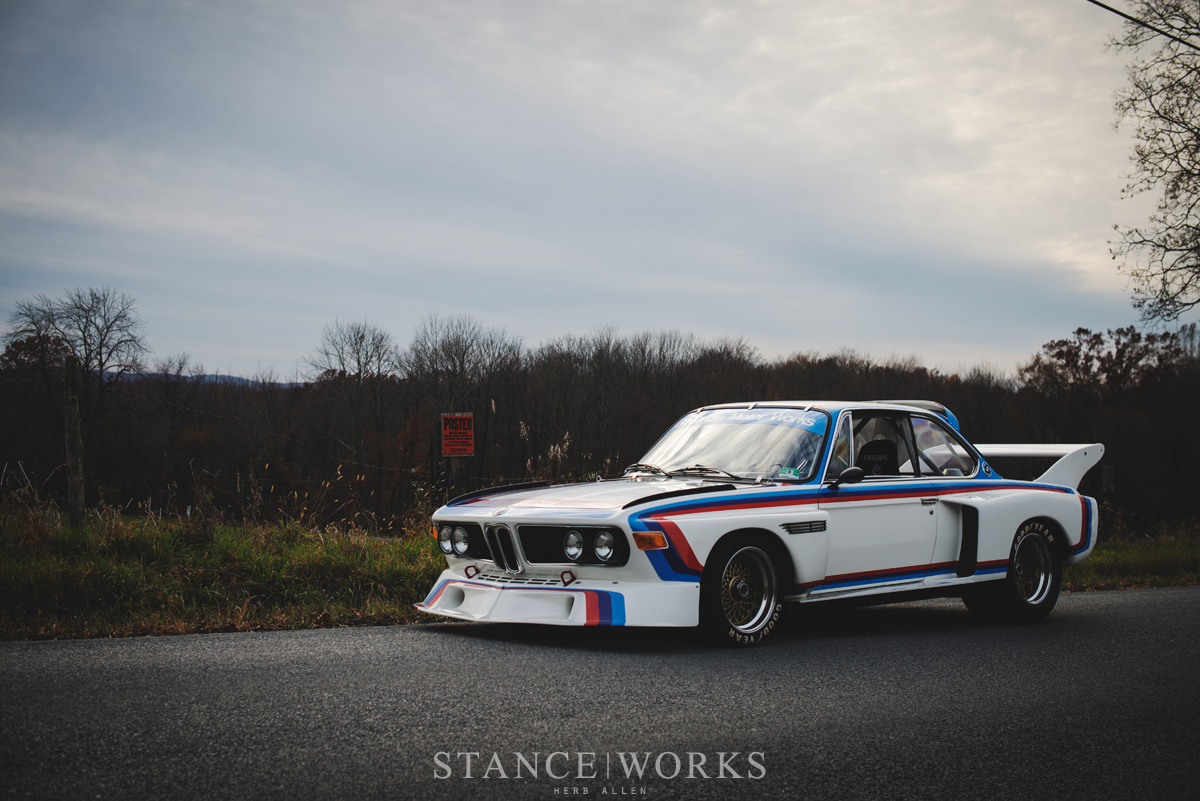 As for what makes Joe's build stand out - it's not every day that a Group 5-bodied E9 makes an appearance. Adorned with the classic blue, purple, and red Motorsport stripes, its genuineness is almost incontestable, if it weren't for Joe's own admission. However, it's the work in the details, and the few liberties Joe has taken on his own, that make his creation all the more special. 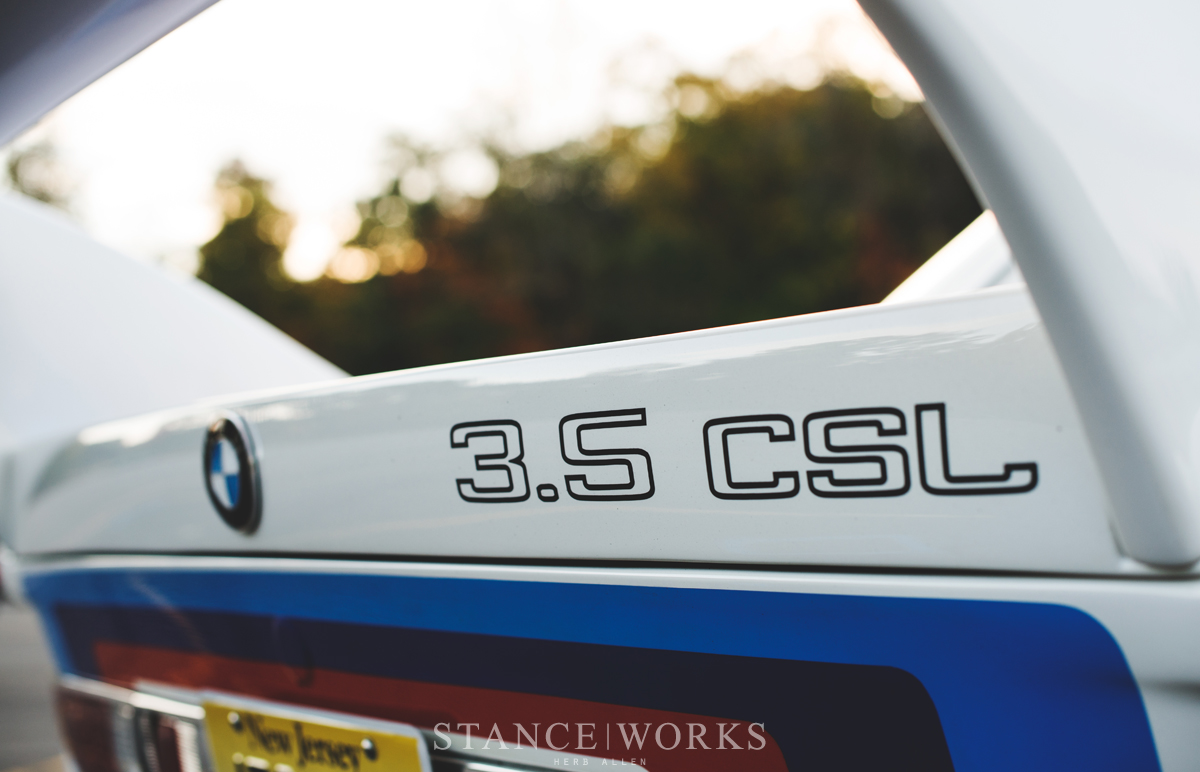 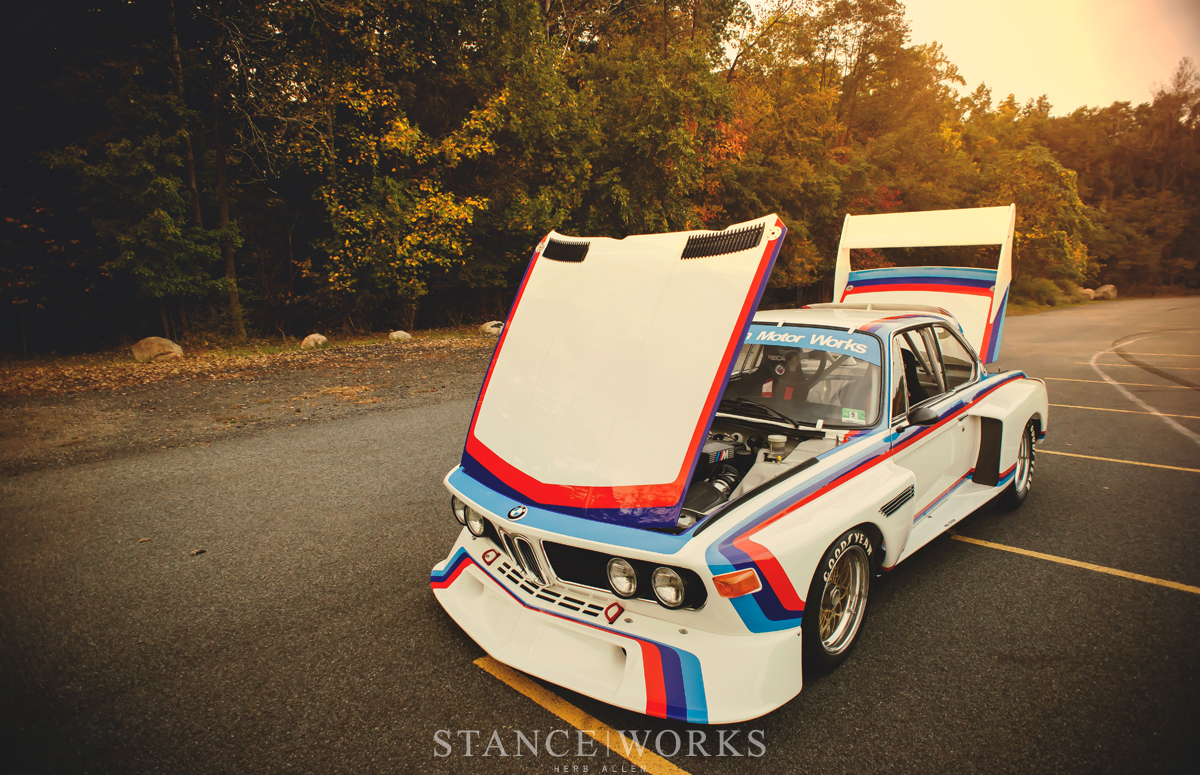 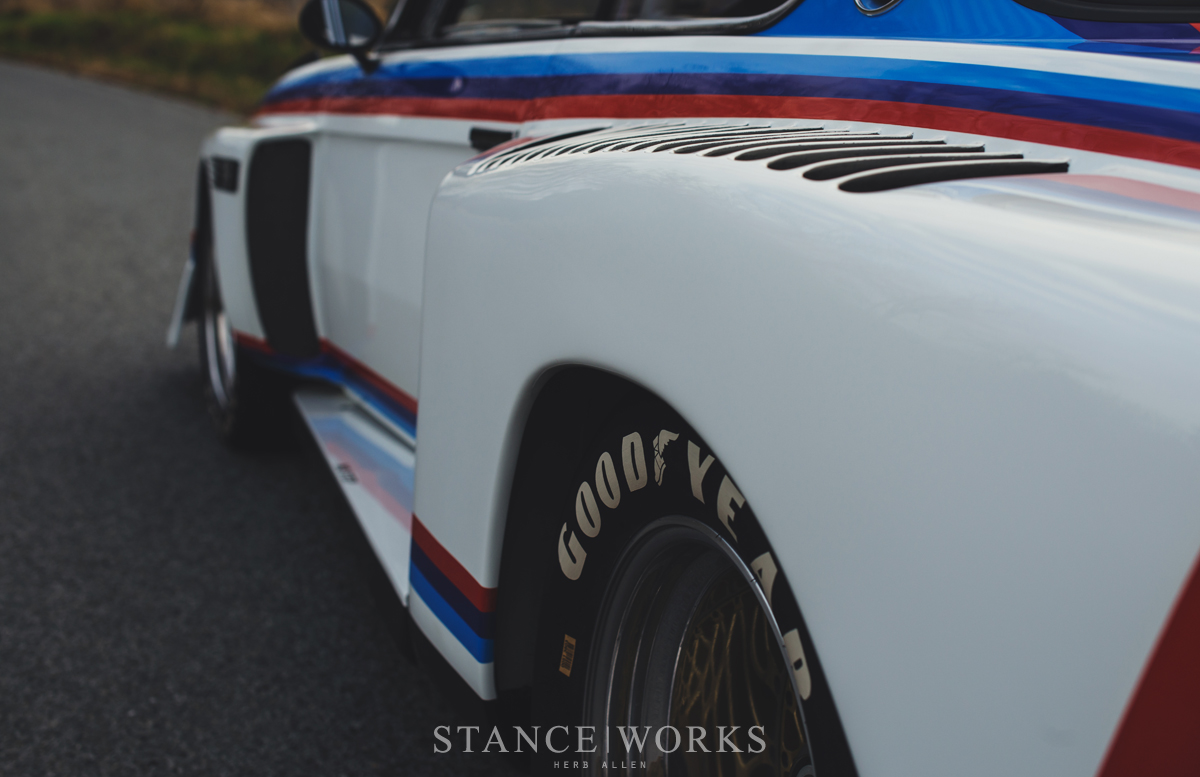 From the outside, everything about the CSL is spot-on. From the massive underbitten airdam, to the stocky haunches that hug the wide BBS centerlock wheels, to the ostentatious, peacocking spoiler, there's nothing left to the imgaination: this E9 is as wild as they come.  The motorsport stripes over BMW's classic Alpine White seems to be the only proper option when it comes to accoutrements; anything other than a select few liveries seems to be heresy. 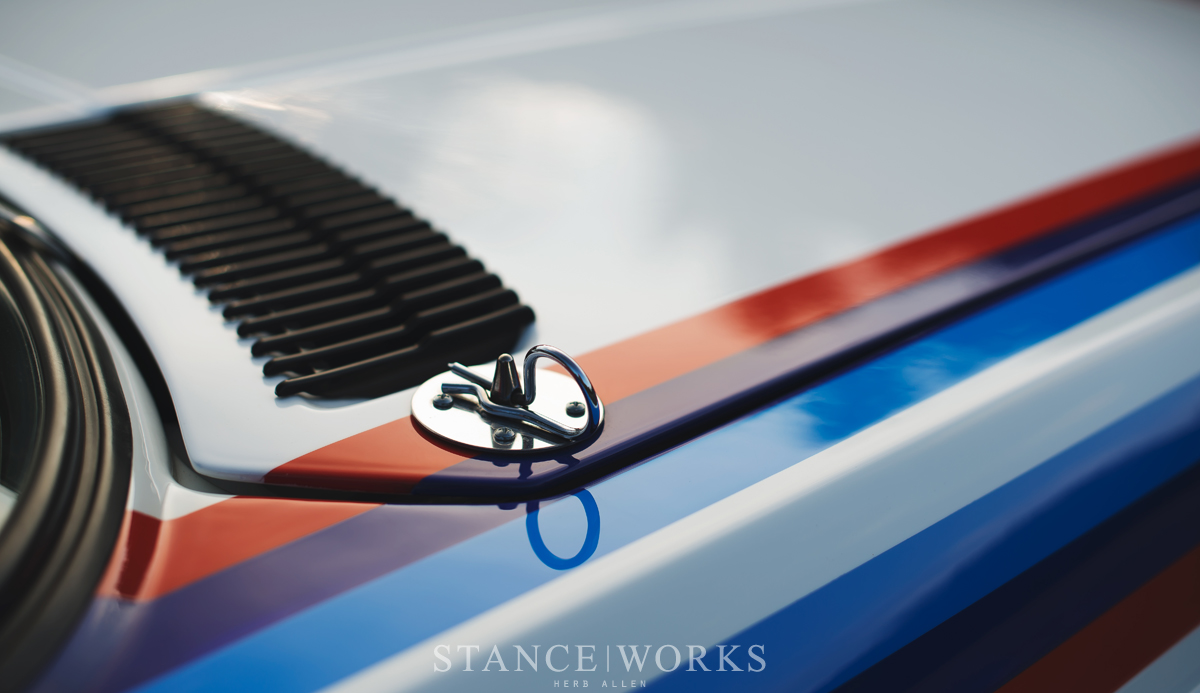 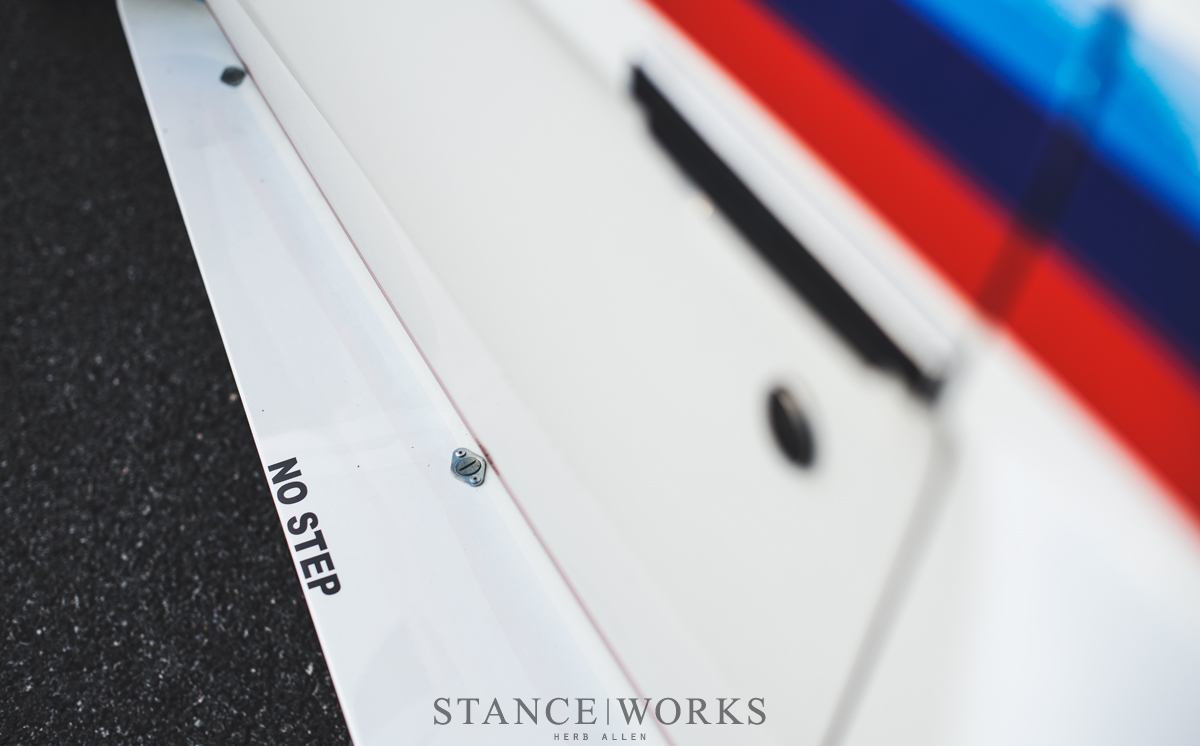 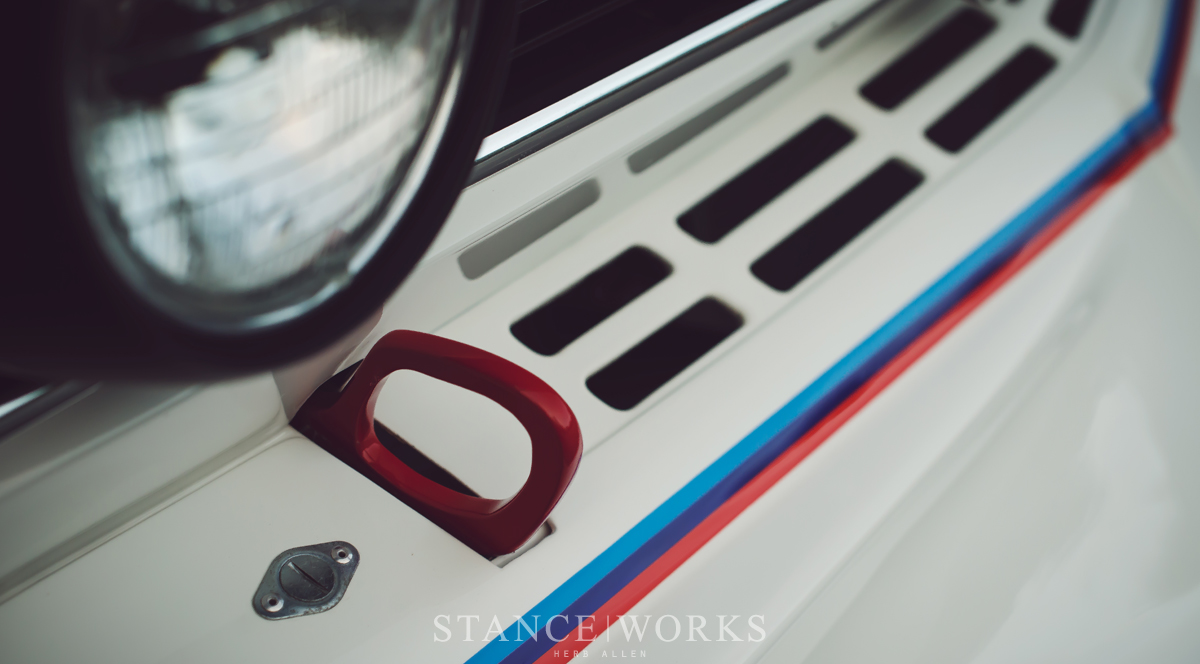 Inside the coupe, authenticity continues. Along with under the hood and in the trunk, the metalwork has been given a coat of neutral gloss grey paint, over which the black interior and trimmings pop. Perched within and against the dashboard are a slew of gauges to monitor the car's vitals, and following down to the shifter and console are the switches and breakers that control the car's electrics. Lastly, the main power and fire system keys sit between the seats, just as in the real deal. A full roll cage traces the interior's perimeter  and fills the rear window, passing through the rear bulkhead and into the trunk. 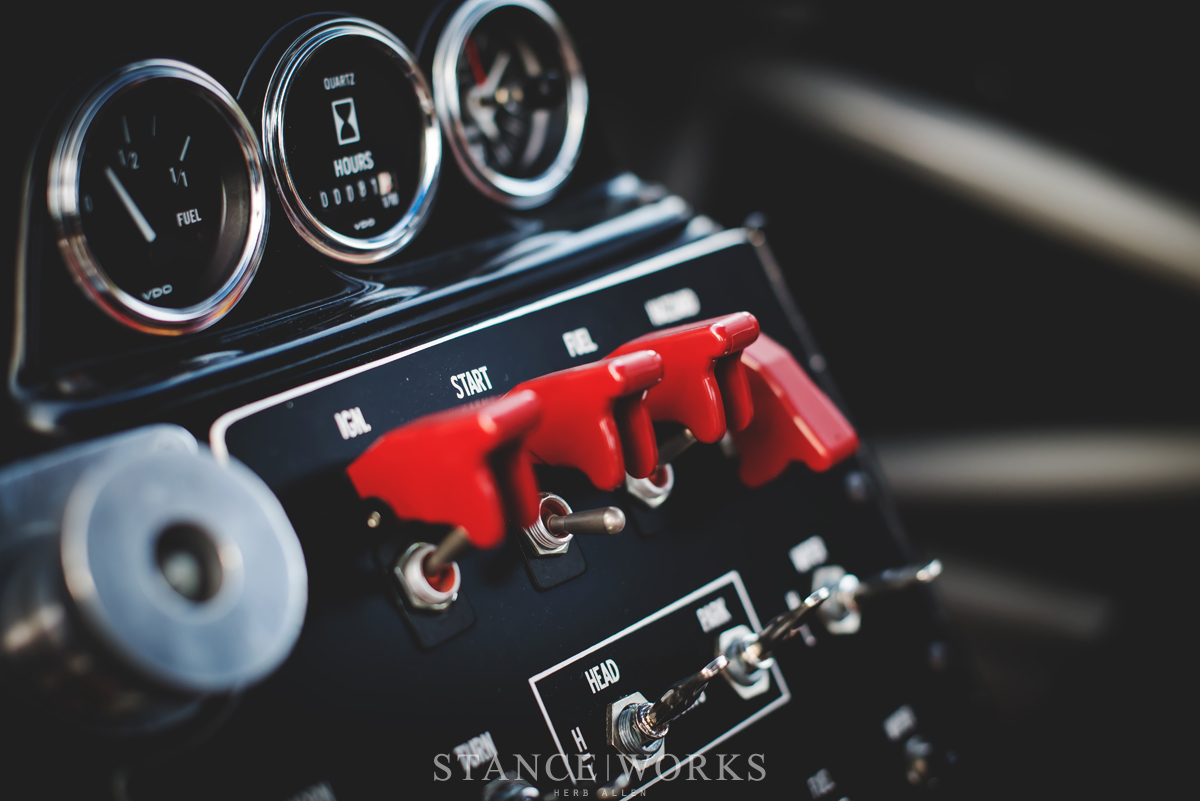 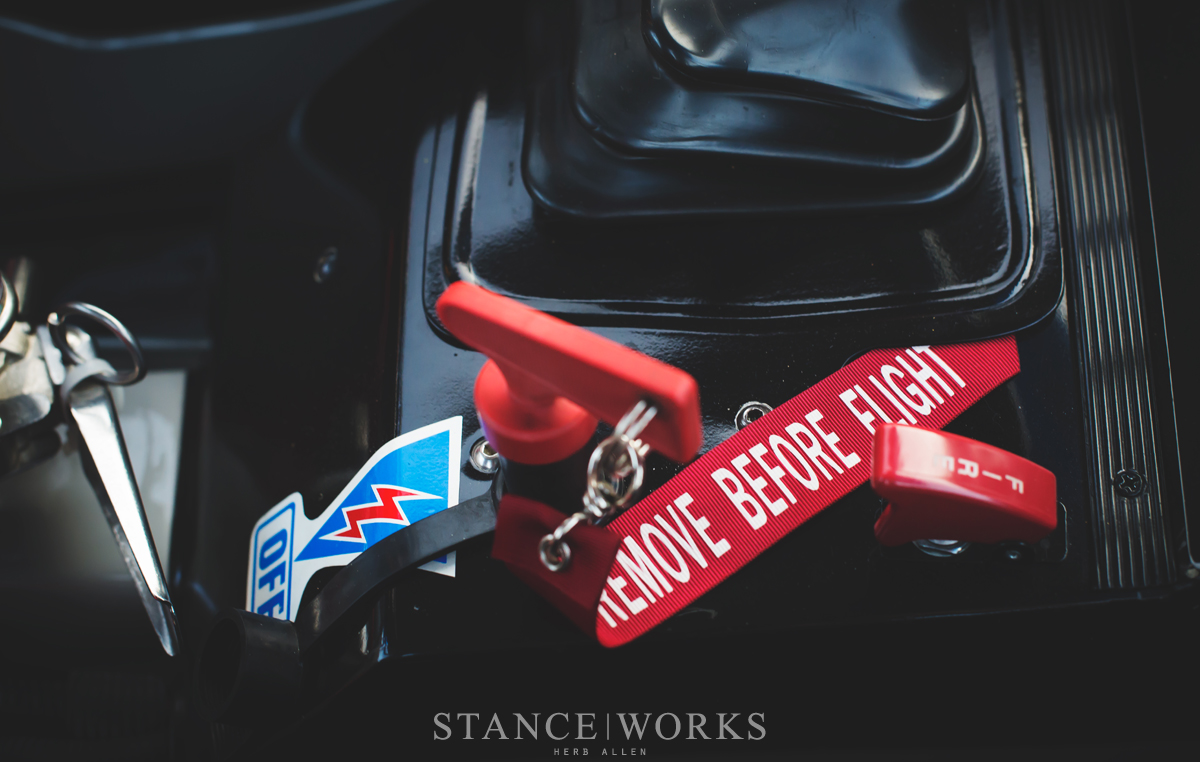 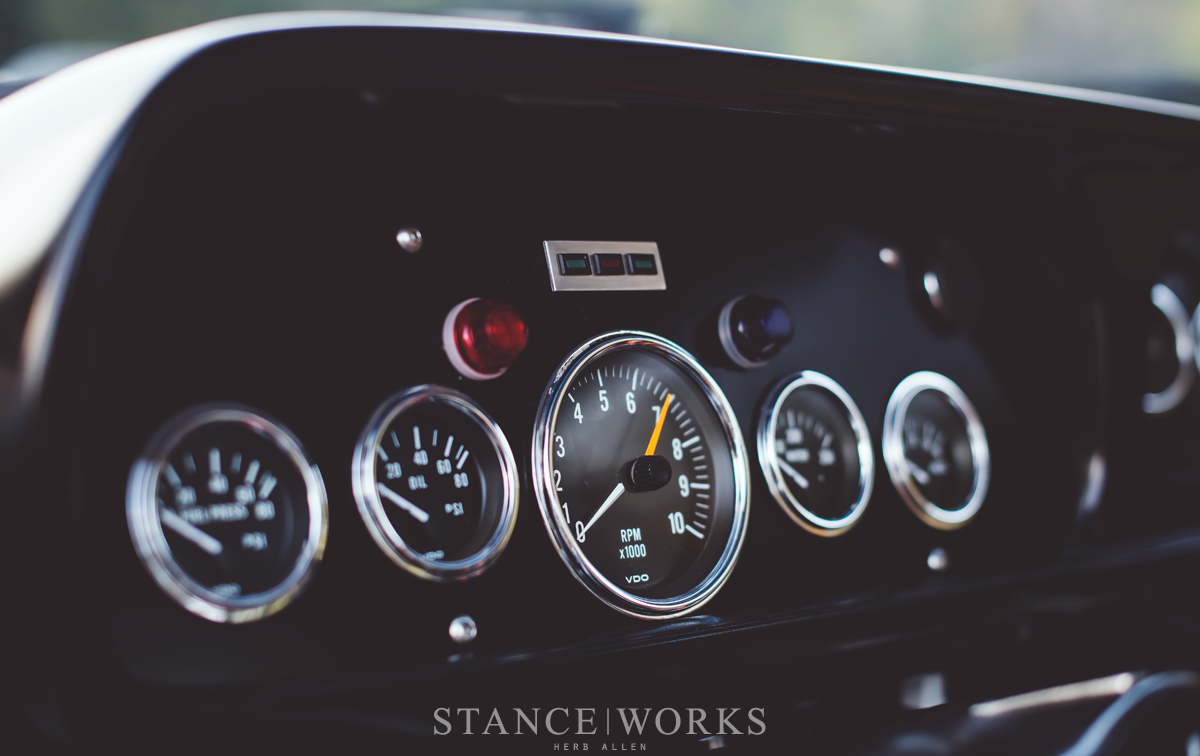 Visible from the outside, the car's two quick-fill fuel necks protrude through the trunk. With the deck lid removed, the ATL fuel system is on display, with braided lines and AN fittings strewn about. Offset to the side, the keen will notice the aluminum oil tank, hinting to the dry sump oil setup for the engine at the nose of the car. 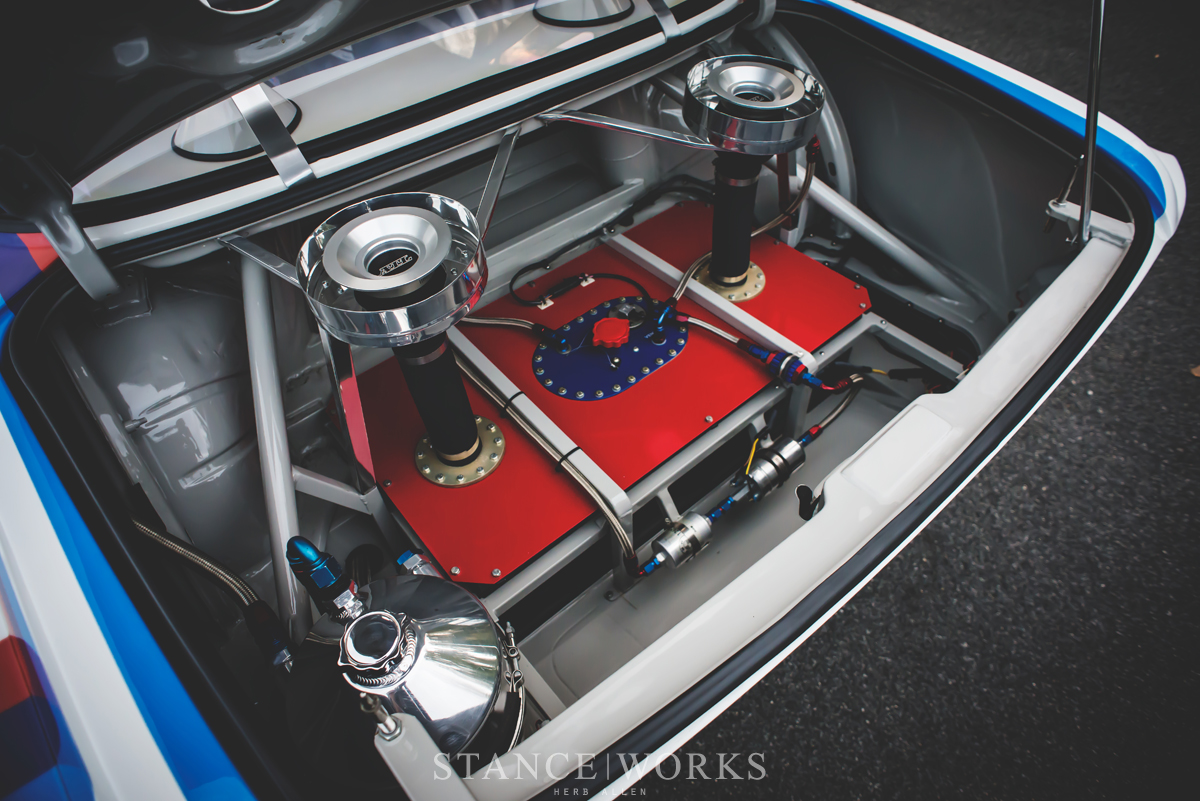 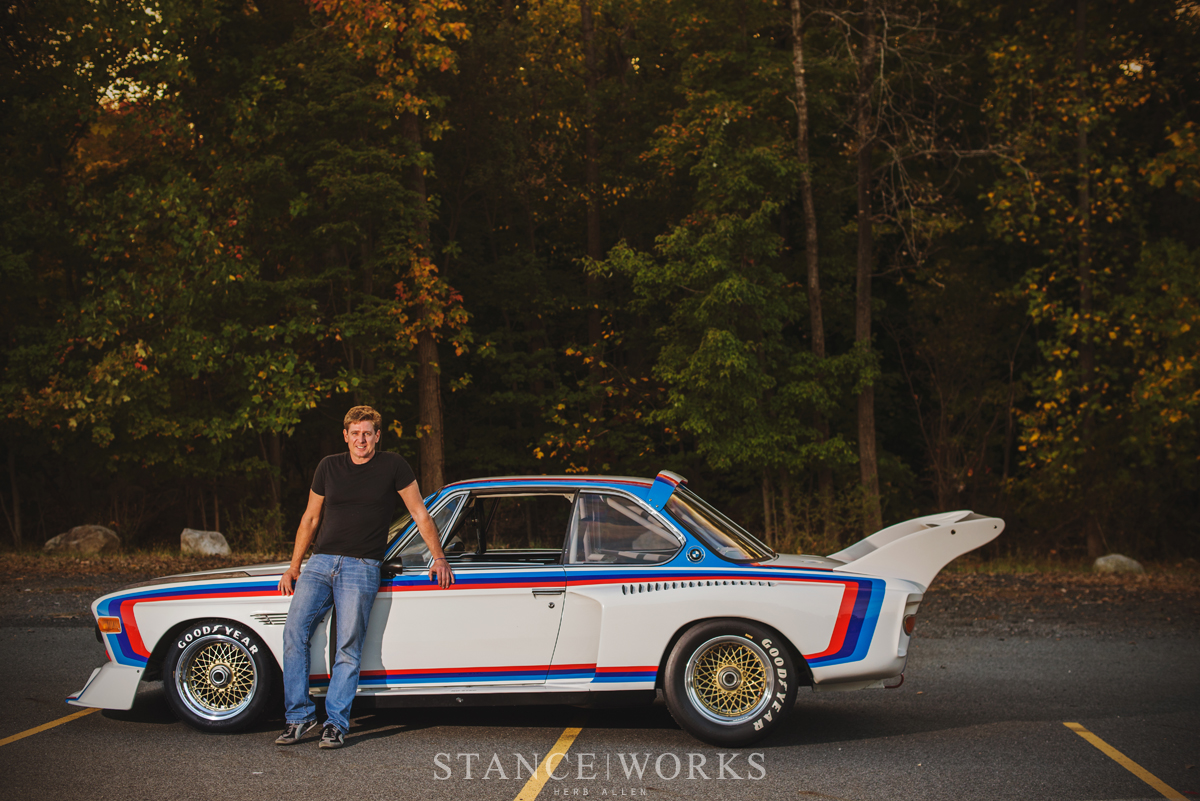 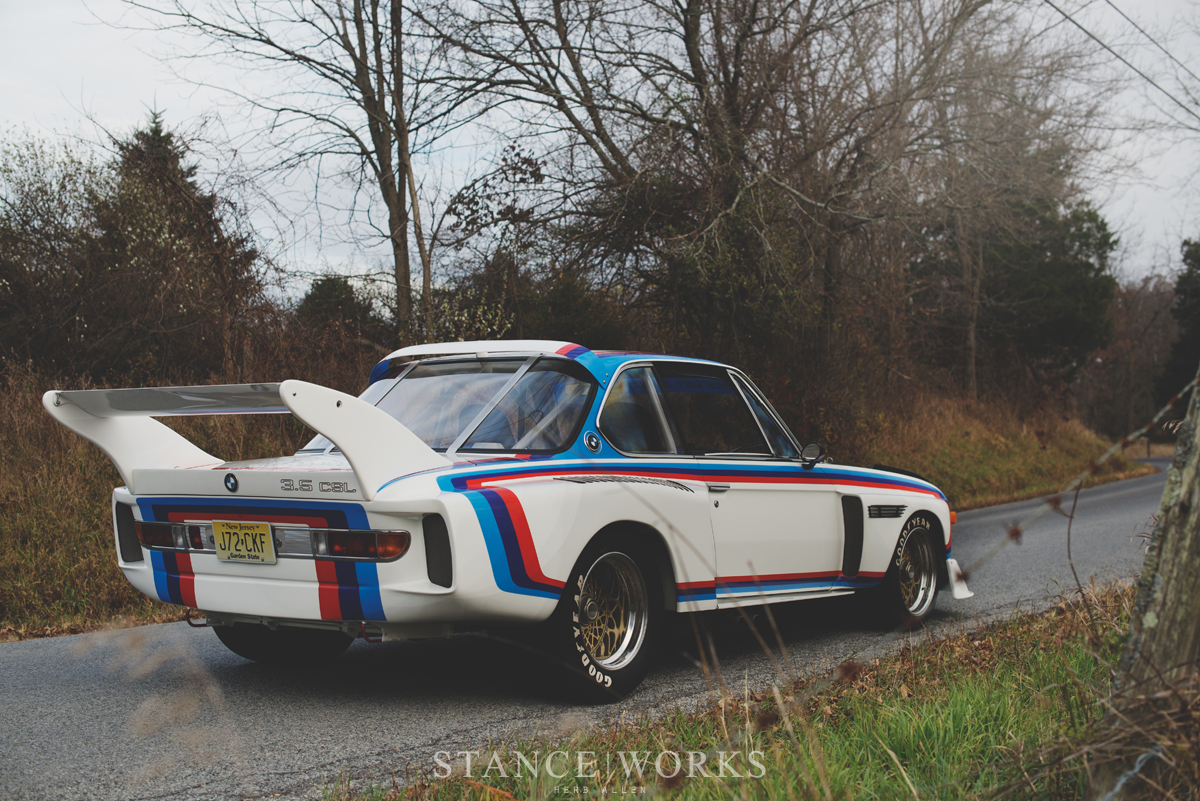 Under the hood, Joe has replaced the car's factory M30, to give the coupe a bite that matches its bark. However, sourcing an M49 proves uneconomical in every fashion, from availability as a whole, to the parts and pieces needed to run it. The ancient Kugelfischer injection system isn't ideal for the layman, and thus in its place, Bosch fuel injection powers a more-modern S38, most often found in the E28 and E34 M5s. When built to the 9s, the S38 is on par with the M49's output, without the need to mortgage one's home to afford it. 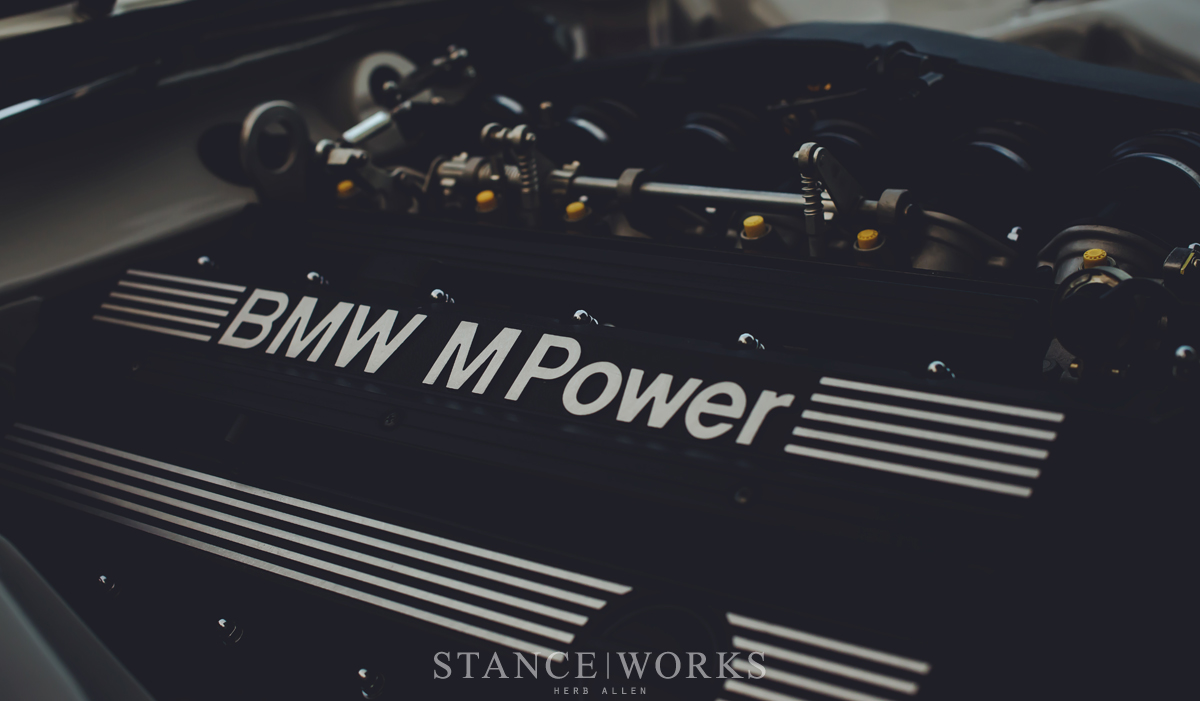 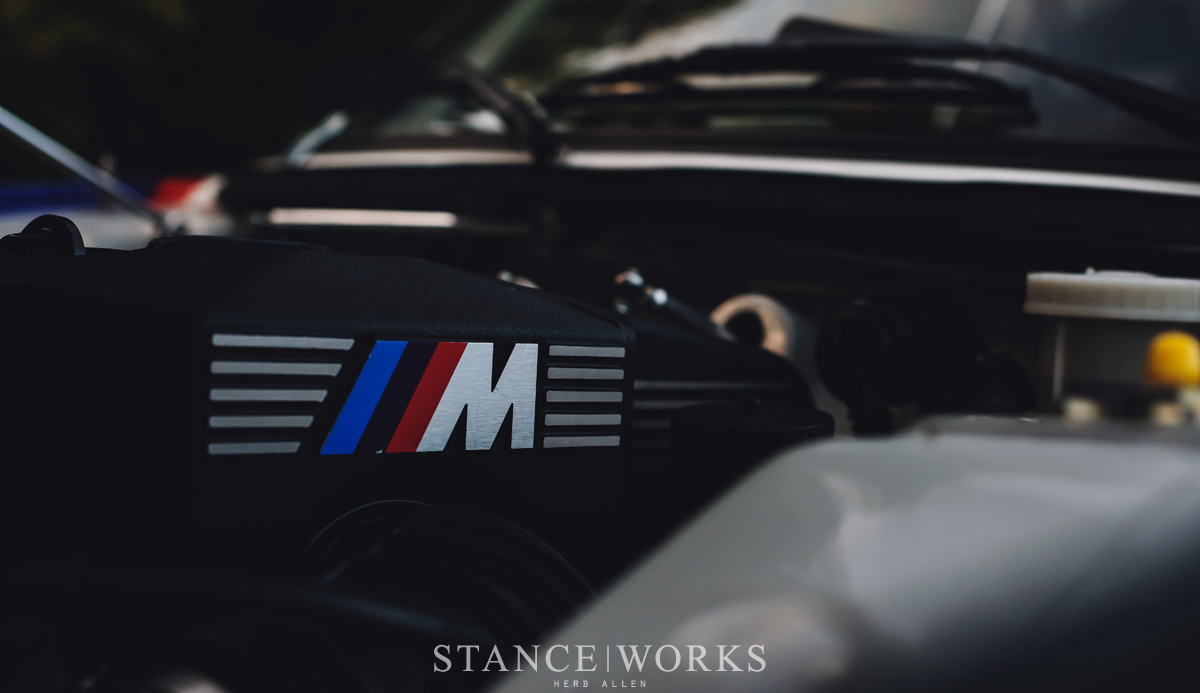 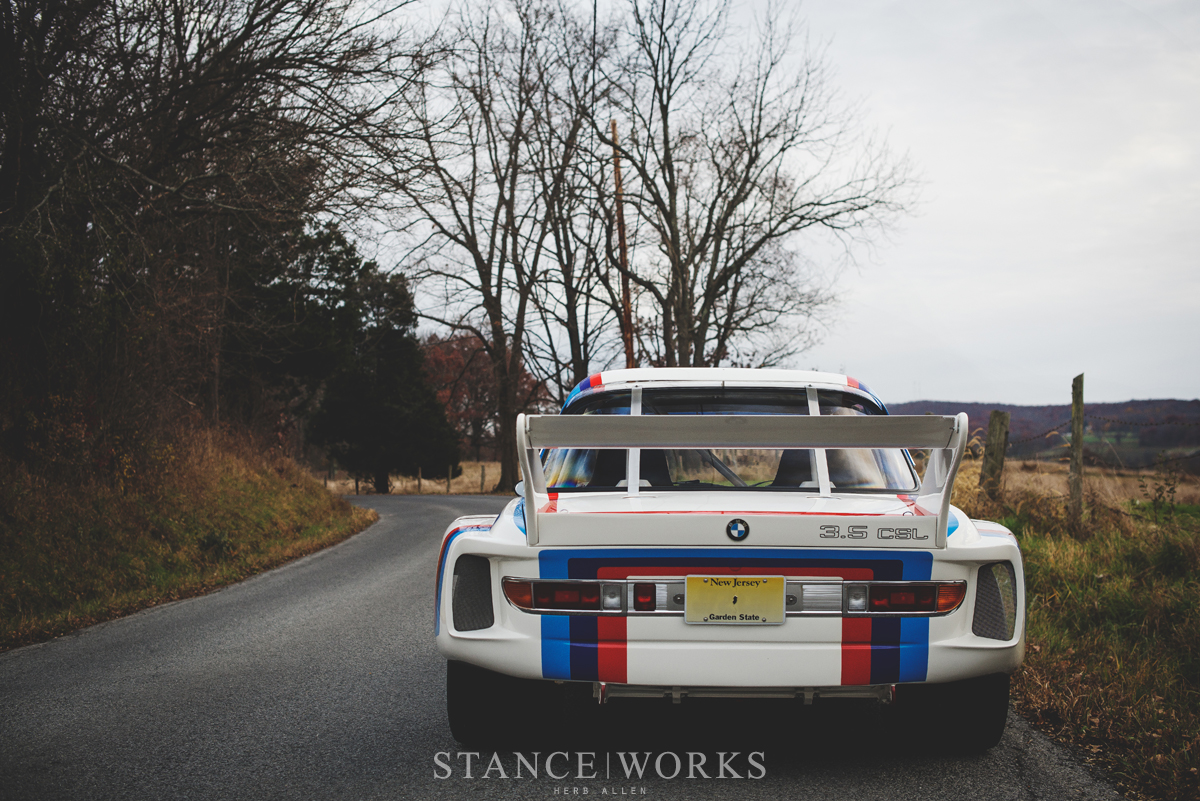 Even so, it's clear that no cost was spared on Joe's CSL tribute. What doesn't contribute to authenticity in turn contributes to practicality, bearing one of the few Group 5 CSLs built to be driven anytime, anywhere. Joe's CSL is easily defined as one road car to rule them all. 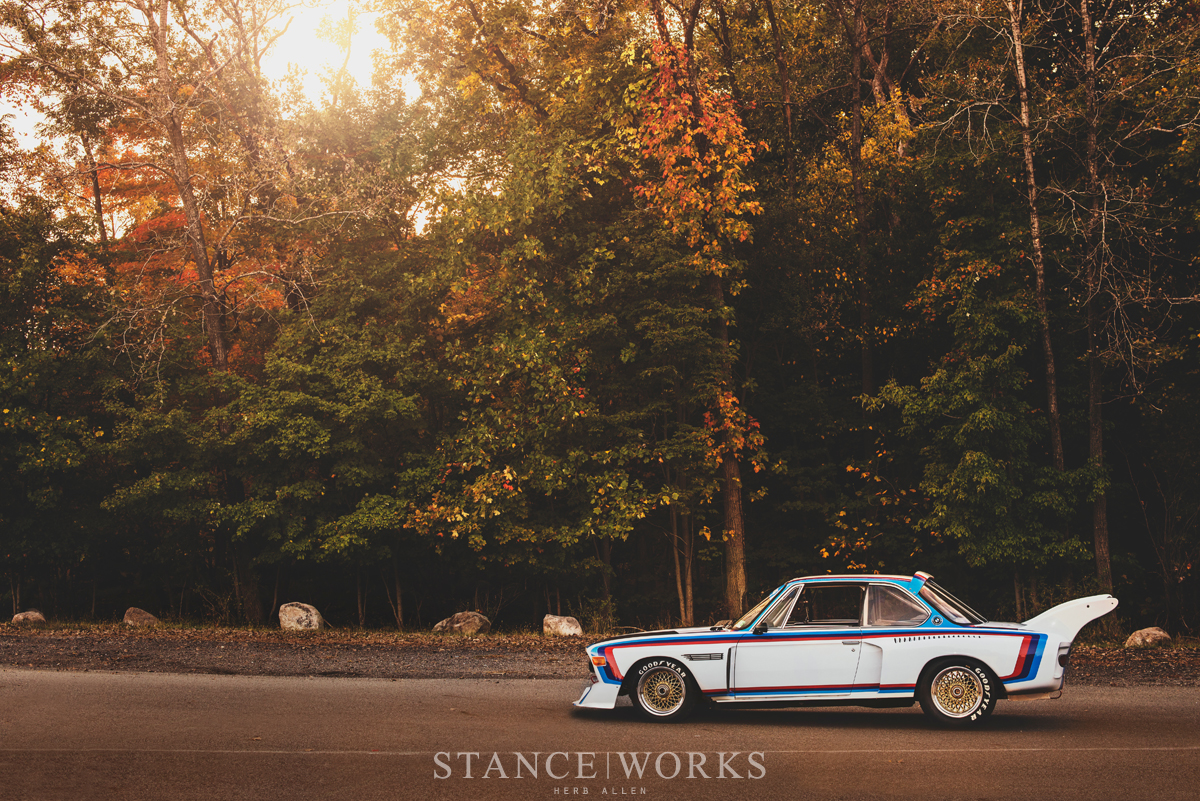