In America, automobile ownership is, for all but a few, a necessity. It serves as transportation to work, to the store, to school, and of course, a means to return home after every outing. Even enthusiasts have a need for some reliable means to get to work without breaking down. Be it our choice of a never-running MG, or high-octane-fuel-only NA Honda, our wives and bosses alike simply won’t understand or appreciate our tardiness and the automotive excuses that accompany it. Many of us even help sustain the status quo of monotonous vehicles during our daily commutes, relegating projects and obnoxious builds to weekend afternoons and rare days out. 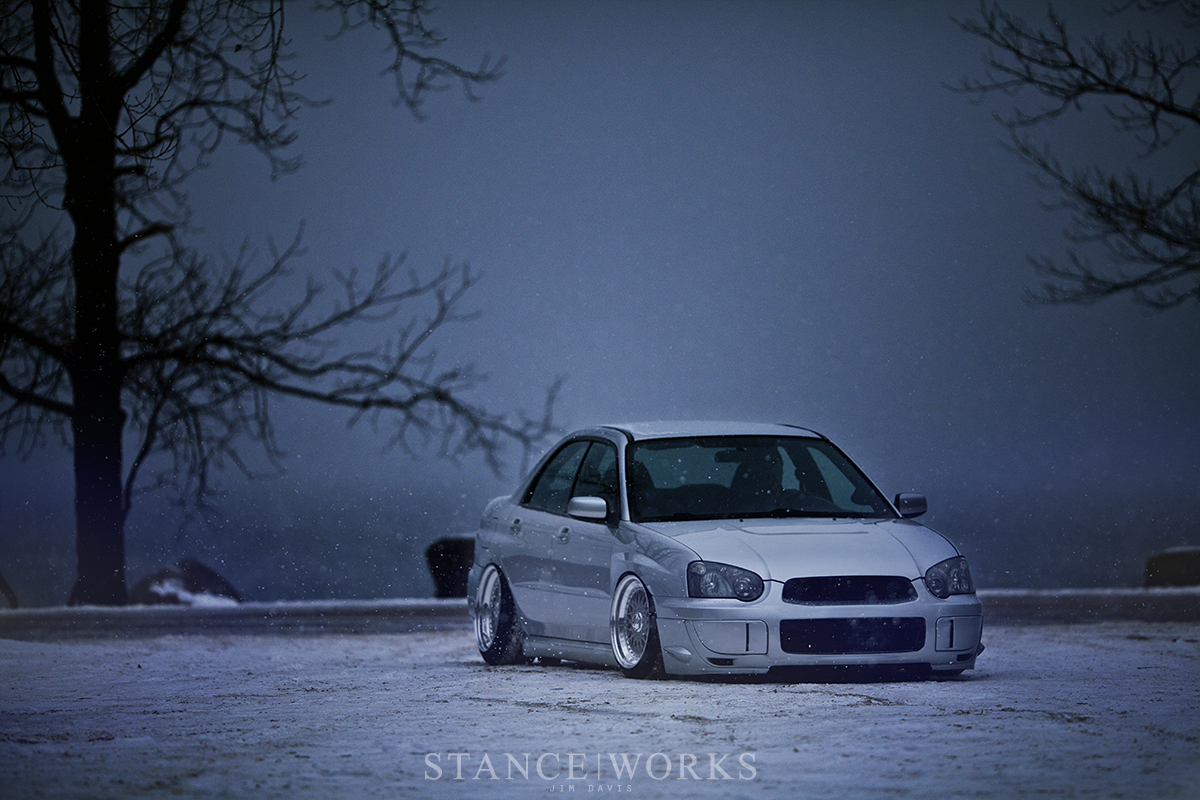 For Kevin McGovern, the case was no different – the harsh winters in Vermont left him with some basic requirements. He needed something reliable, and preferably all-wheel-drive, so in 2006, he picked up a year-old Subaru Impreza. Despite being a DIYer and a tinkerer at heart, Kevin had no plans of toying with the car, apart from a desire for an aftermarket stereo. He planned on leaving the Impreza alone – his love for Japanese cars at the time hadn’t extended to the Subaru marquee; however, it wasn’t long before an obsession grew from his necessity. 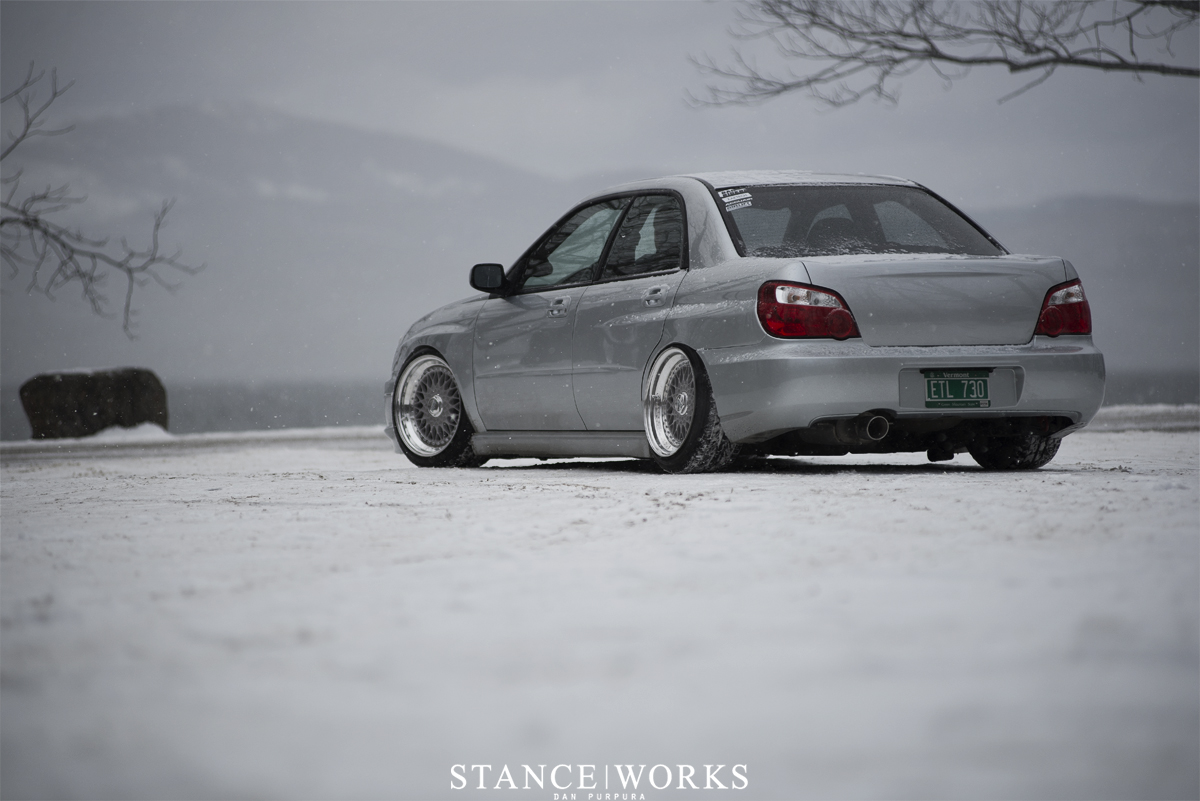 Kevin quickly became enamored with the boxer-powered Subaru, and his desire to get modding was only amplified by his best friend, Will Fisher.  The two purchased their cars right after high school, and acted as each other’s catalysts to get their builds underway. 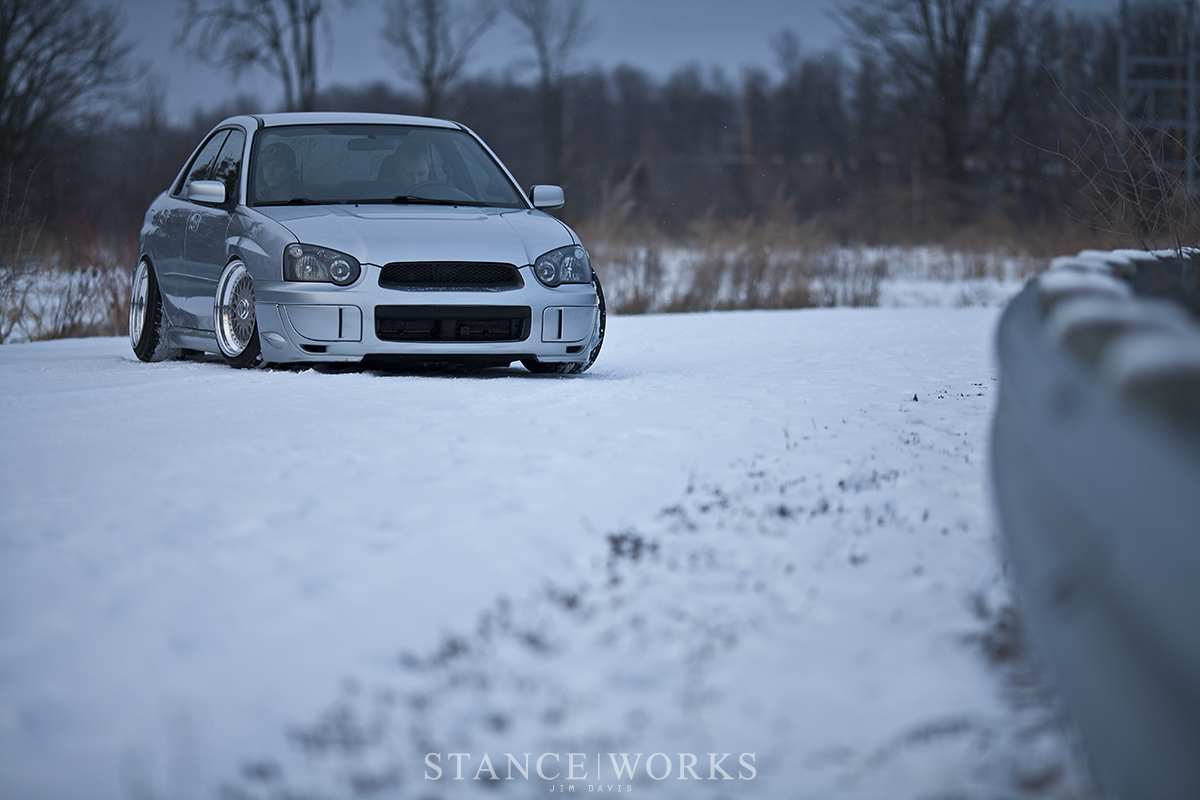 Fast forward to 2009, and you’ll find the two in the shop at the Bag Riders Headquarters. Will founded the company, and shortly thereafter, brought Kevin on board as the head of shipping and receiving (A story that you can read about by clicking here). However, when they’re not selling all things air ride, the two are tackling projects and racking their brains. Unsurprisingly, they decided it was only logical for Bag Riders to have their way with the Subaru. Ignoring the blasphemous nature of air ride on Subaru, the two got to work and called up the team at Air Lift. 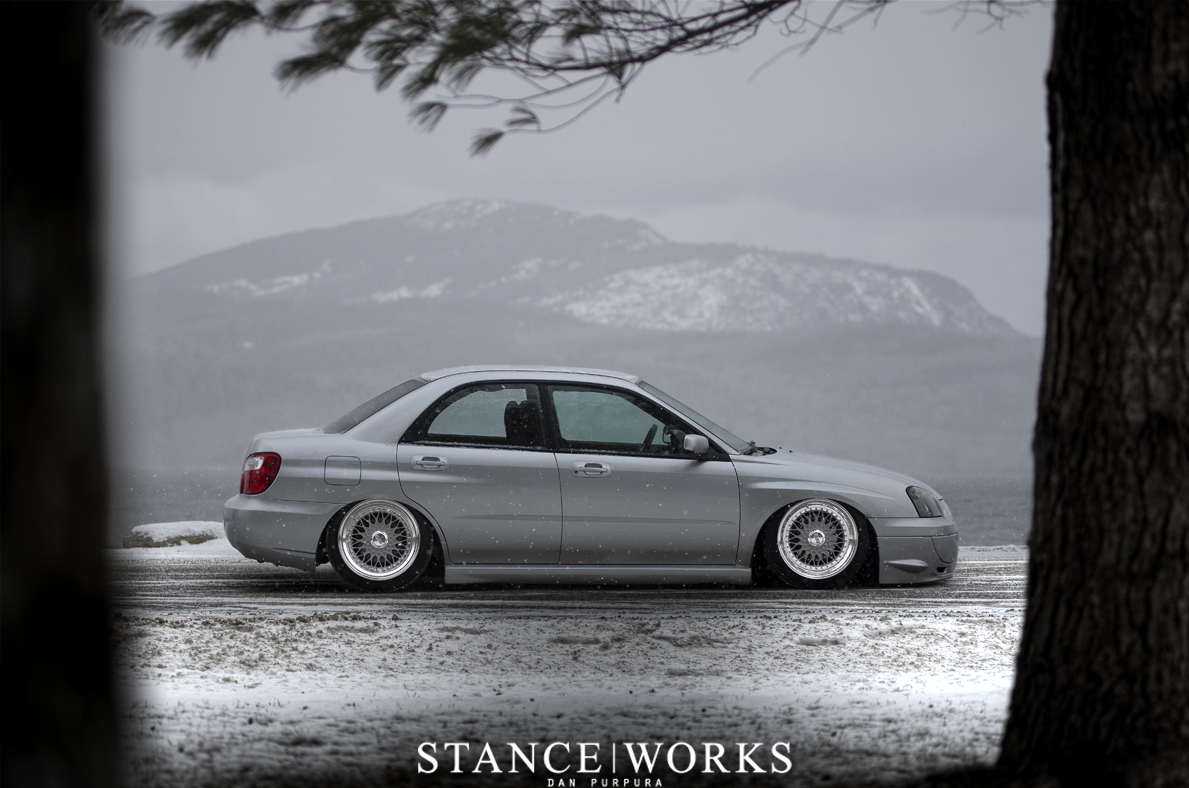 Air Lift was initially unsure of how the system would go over. How many Impreza owners would really want to do the exact opposite of what Subaru had intended? As an all-wheel-drive rally-inspired car, Subaru never saw this one coming. Would their kit even be able to get the car low enough to make it all worth it? Kevin and Will knew that the end goal was worth the trouble. As the saying goes, everything looks better lower – even Imprezas. 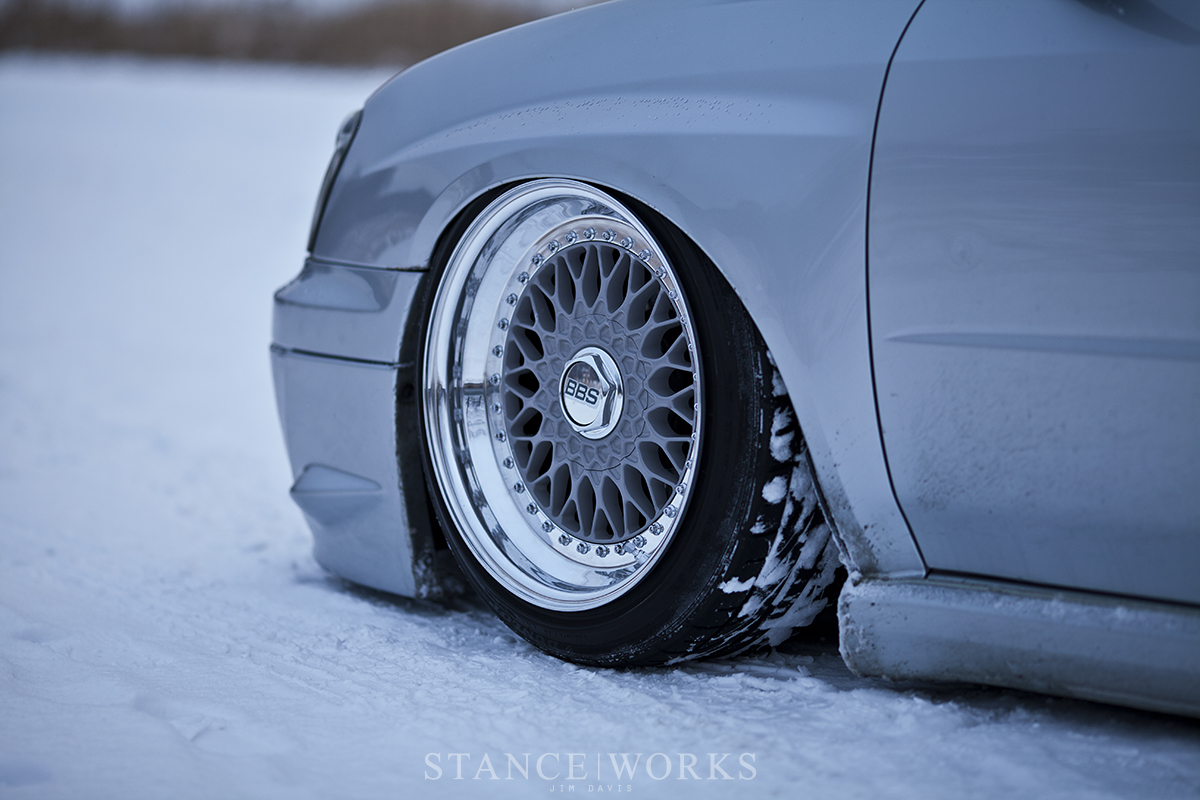 The car was parked in Will’s garage and the two got to work, test fitting every possible Air Lift universal strut until the right combination of parts was achieved. To fit them to the car, Kevin replicated the brackets off of his coilovers at a local fab shop, and before he knew it, things were looking up. After 10 weeks of measuring, testing, adjusting, and fabricating, the boys were left with one very low Impreza. Best of all, the car still handled surprisingly well. The online reaction was equally astounding: the Subaru community made it obvious that they too wanted in on the fun. Endless inquiries from customers to both Bag Riders and Air Lift left both parties knowing what had to come next. 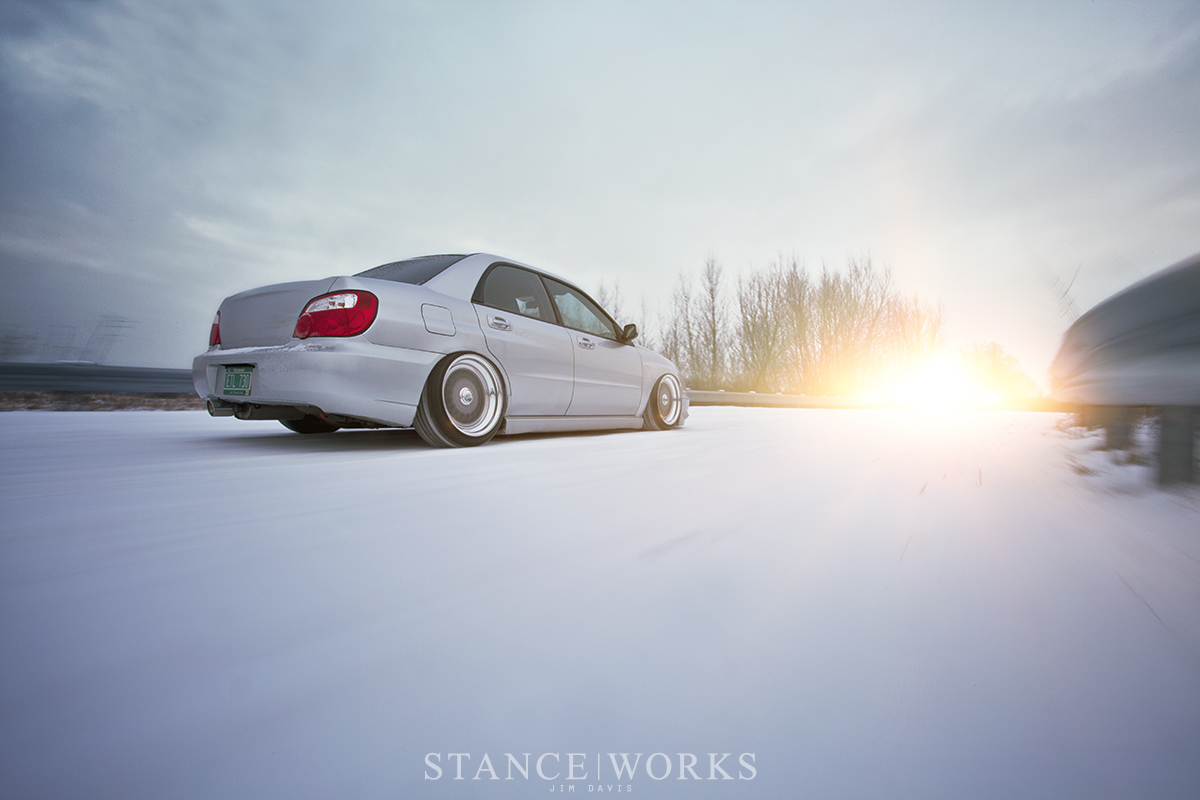 Within a year, the team at Air Lift designed and built a complete bolt-on kit for Subaru owners. It’s hard to ignore an entire niche of the crowd – the kits were born from necessity. Just before the launch of the product, Kevin and John Hall, a fellow Bag Riders employee, made their way to the Air Lift headquarters in Michigan to fit the new performance kit to Kevin’s Subaru. To this day, the silver sedan still puts the struts through their paces, and Kevin couldn’t be happier.  Between excellent handling characteristics, fantastic style, and best of all, 100% usability during the harsh snowy days, it was time, money, and effort well spent. 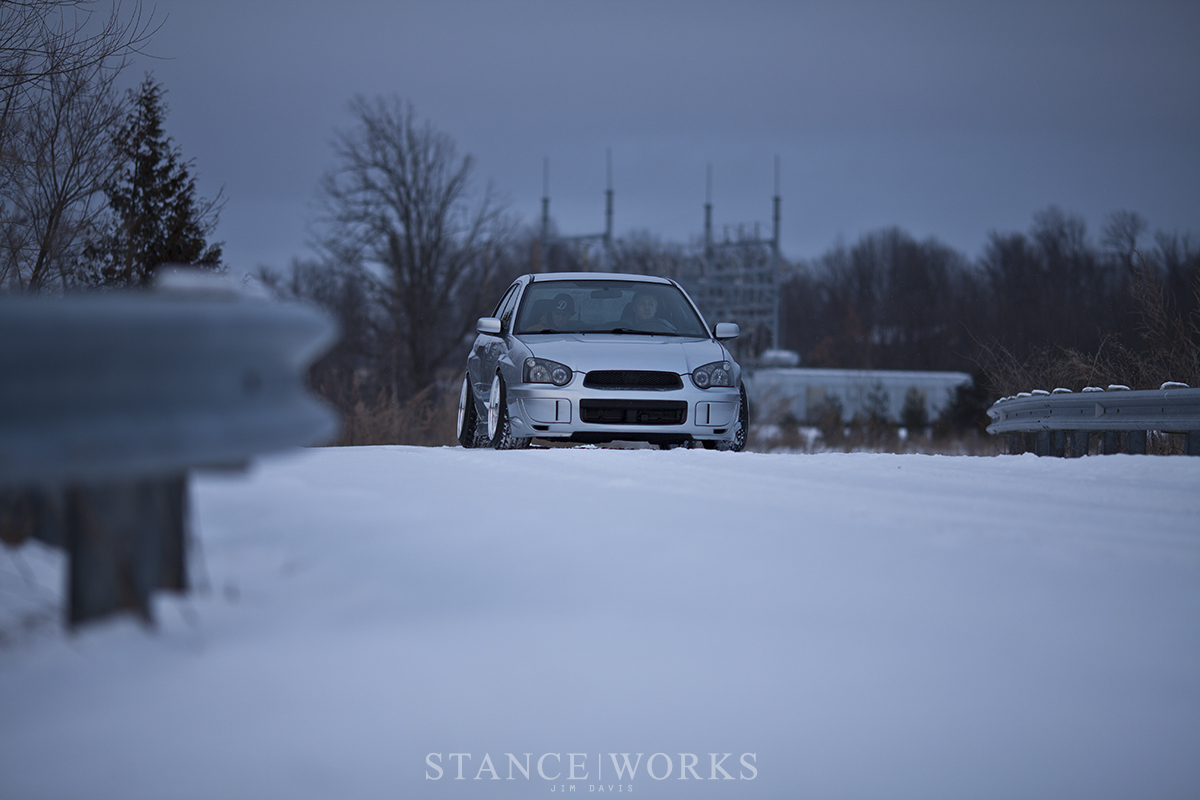 However, there’s more to Kevin’s Subaru than meets the eye. At first glance, the 17x10 BBS RSs paired with their custom solution for Air Ride is enough, in and of itself, to inspire, Kevin has more up his sleeve. “I went to college for electrical engineering and have always loved building and tinkering with electronics. Once I graduated, I decided to follow my passion,” Kevin tells me. In 2010, Kevin started his own electronics company, called Zaetech, as an outlet for his own inventions while still working at Bag Riders. 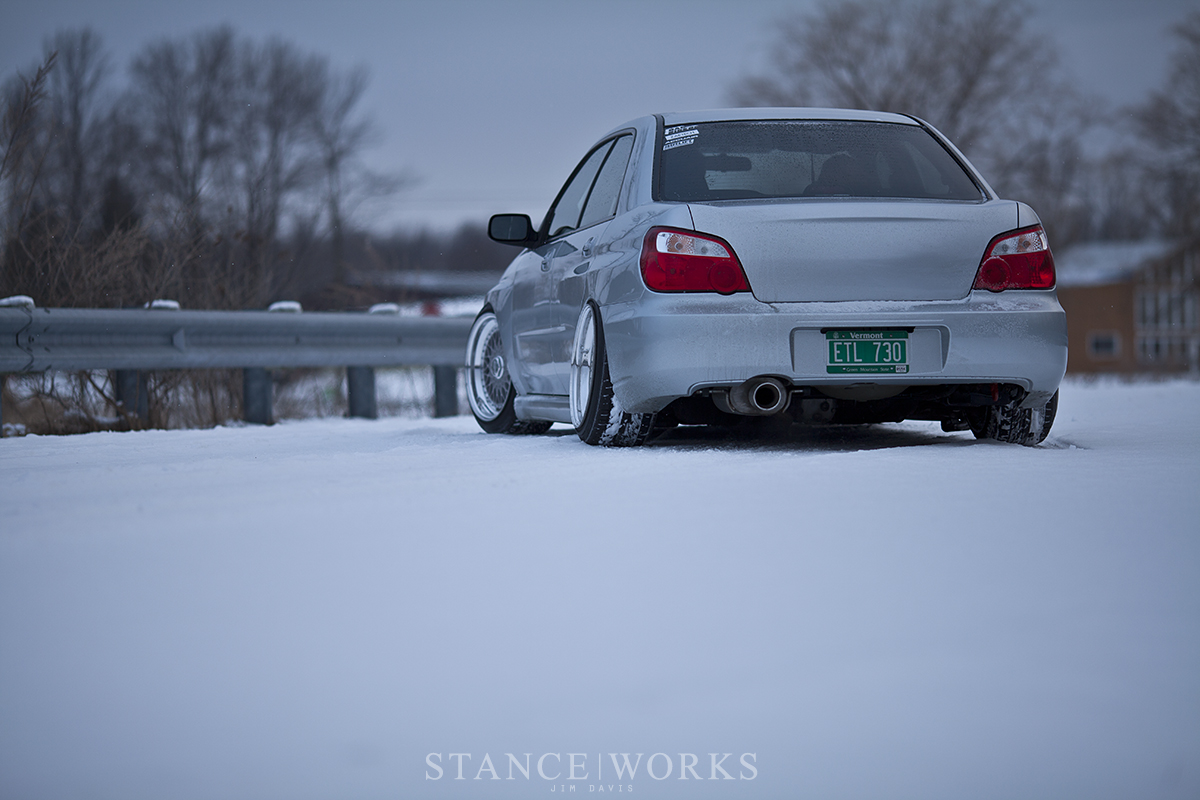 His first undertaking as Zaetech would be a project known as “TouchBox” – a wireless iPhone controller for air suspension outside of the car. The iPhone app gives the user full control over every aspect of their air ride system, from 8-valve 4-corner control to 3 auxilary presets. It mates with any 12-volt electric valve system, and an Android app is coming soon. It will be paired with a custom control system is his next project – the DigiGauge, a digital pressure gauge system that integrates seamlessly with his TouchBox to provide the perfect interaction with his air ride system.  Kevin insists there’s even more around the corner. 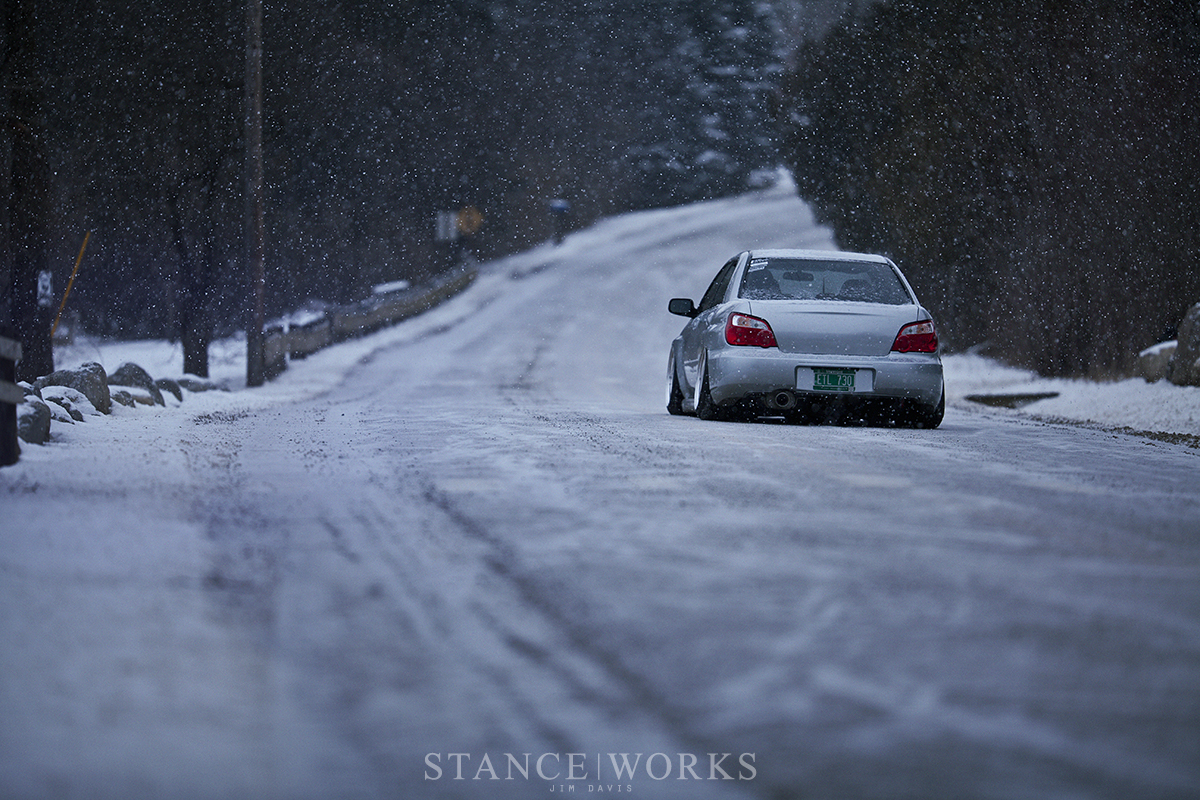 Kevin’s build hasn’t been entirely about suspension with a set of cams and proper software help redistribute and increase power. An intake and exhaust let the car flow more air through the heads, and all the mods together give the 2.5RS some “oomph” and keep the car squatting when the throttle is given a hearty stomp. With the positive handling characteristics, the car is a blast to drive, rain or shine. 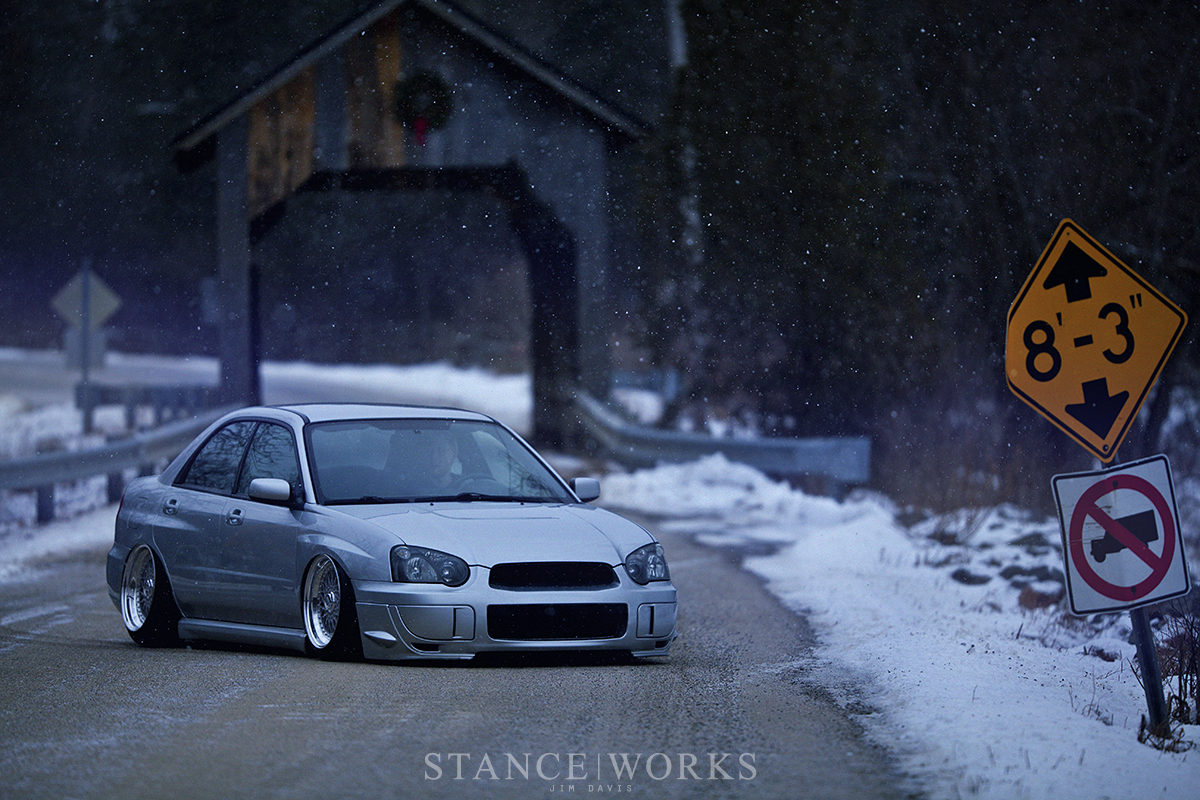 As to what’s next on the Impreza, we’ll have to wait and see what Zaetech comes up with. One thing is certain; Kevin’s ingenuity and drive to achieve his goals despite the limits and obstacles will assuredly keep us entertained. More importantly, Kevin will keep the automotive aftermarket moving forward, one step at a time. 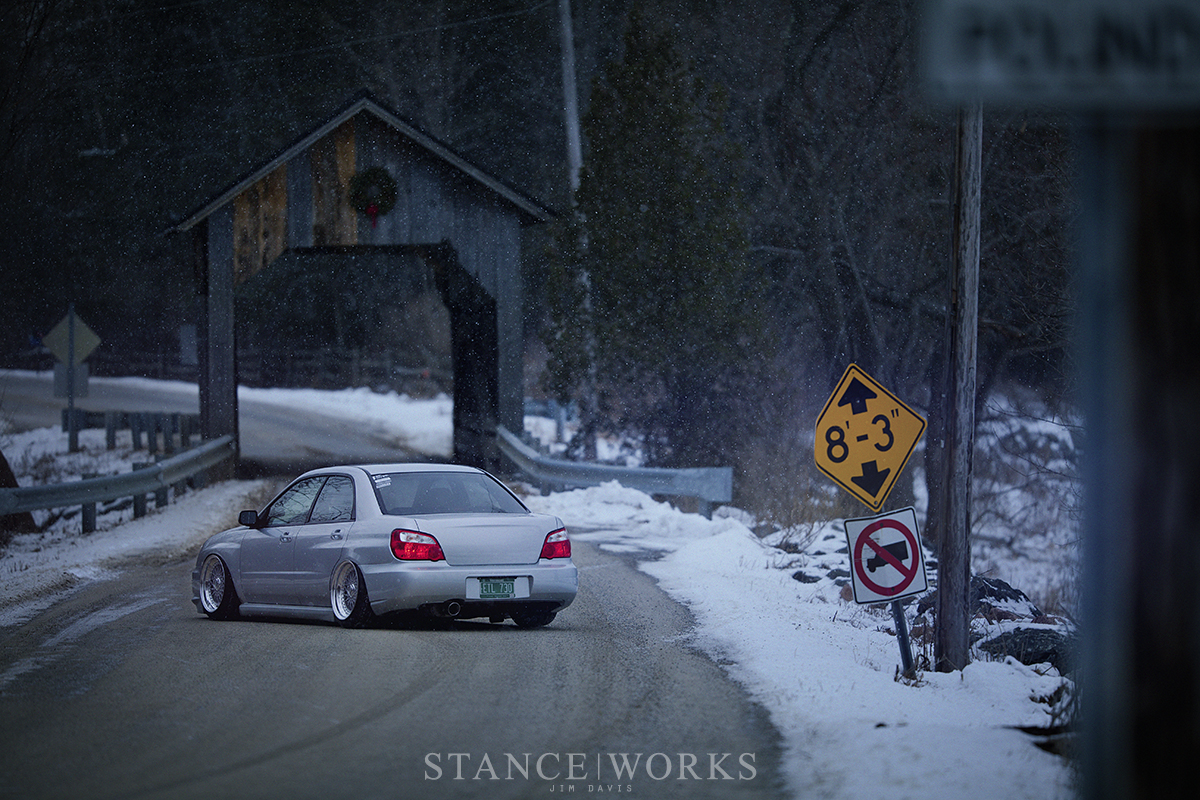