There's no denying that when it comes to the classic BMW lineup, the E21 seems all but forgotten. Overshadowed by the E30, and often lamented for its use of CIS injection, the E21 has fanatics for it few and far between. However, as the eldest brother of the 3-series lineage, there are a few that have earned their stay, namely the 320i IMSA and Group 5 cars, heralded for their over-the-top presence and incredible engines. While a street counterpart was never built in any official capacity, this E21 is as close as it gets. We call it the "345i," a name that says a lot. If you're not "in the know," you're in for a treat. 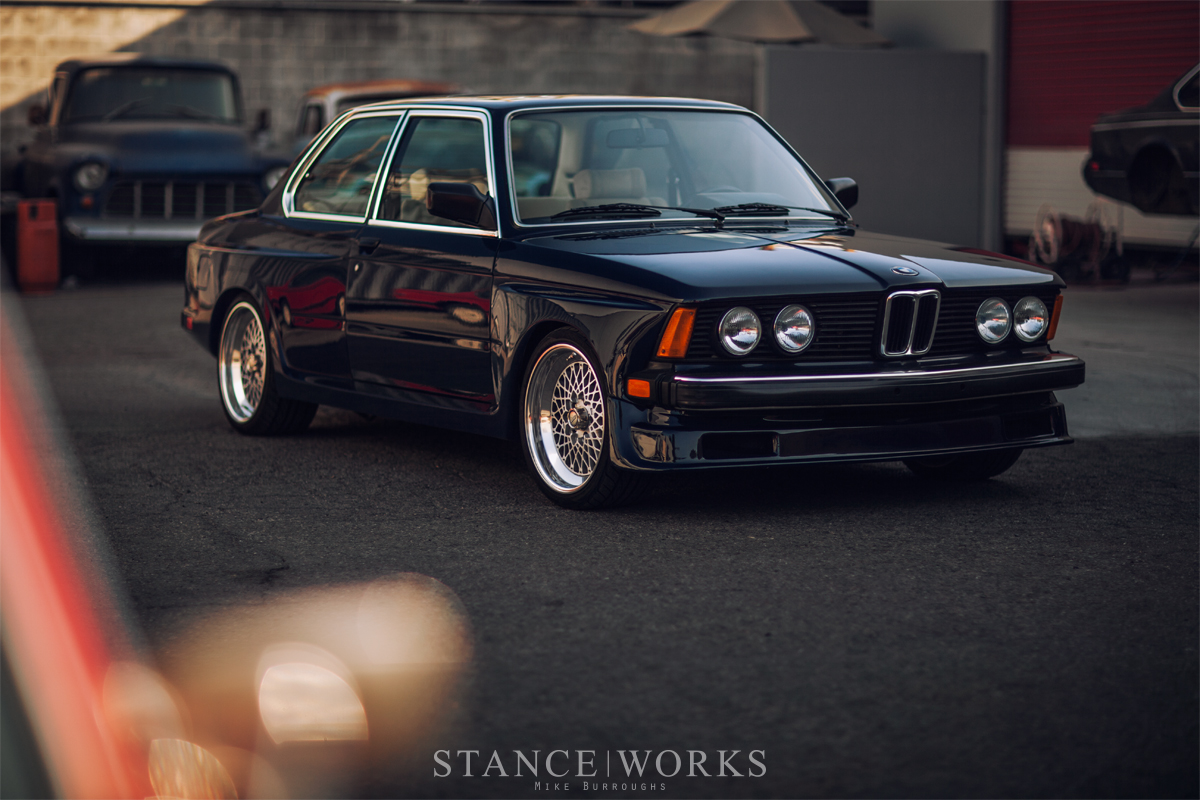 Only one car in the BMW lineup of the E21's era sported a "45" suffix: BMW's E23 745i. It was BMW's top-of-the-line answer to a question no one knew needed to be asked. With a 252-horsepower turbocharged I6 under the hood, it was the ultimate Autobahn stormer of the early 1980s, and its power was enormous for the time. It was the birth of high-powered luxury cars for BMW; as high-powered engine paired with one of the most luxurious cars available at the time, it was a hallmark piece for the brand. But, what really matters to us is that it birthed the M102 and M106 engines; turbocharged variants of the legendary M30, and with them came the opportunity for tuners to build some truly astounding cars of their own. 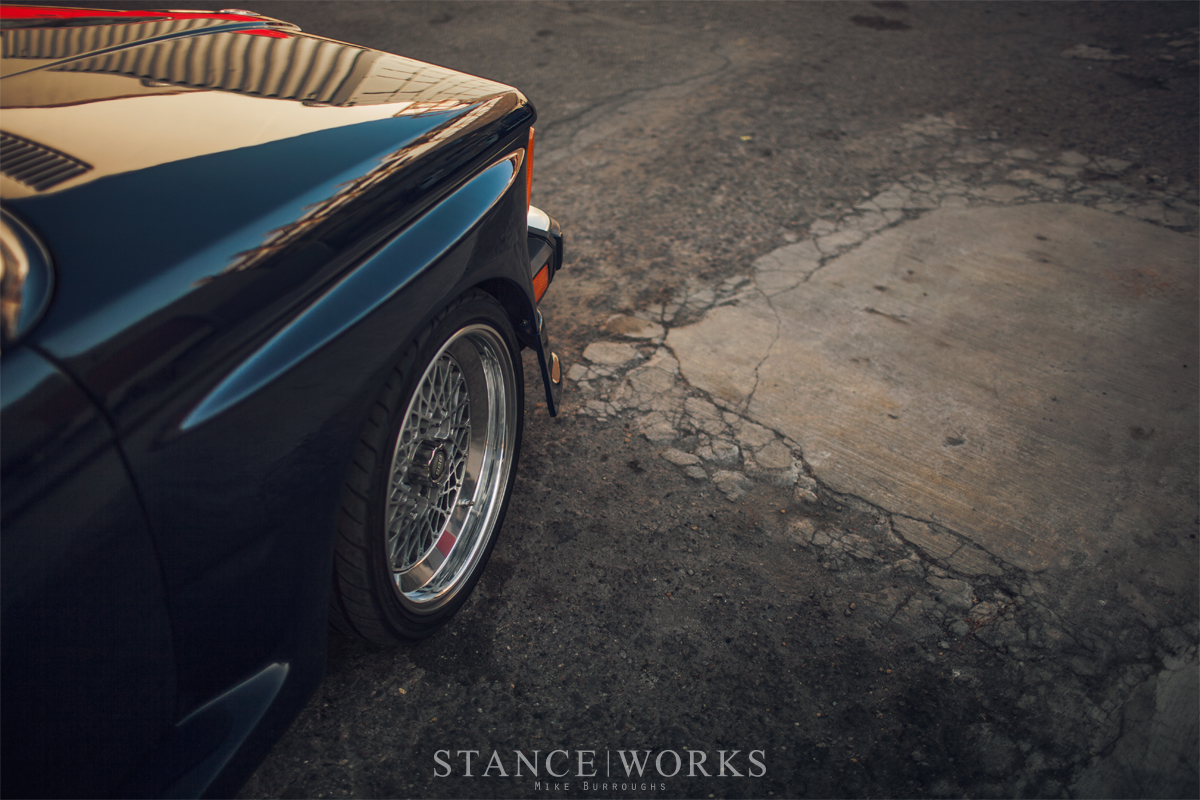 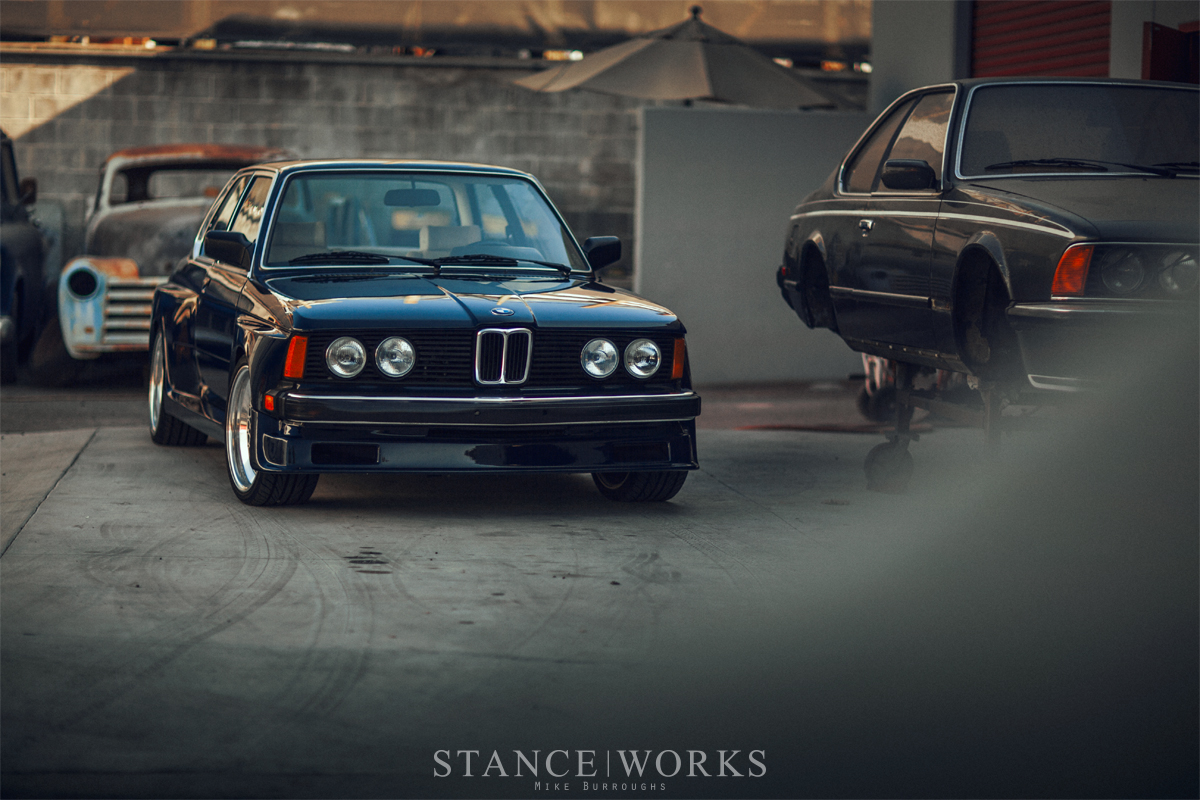 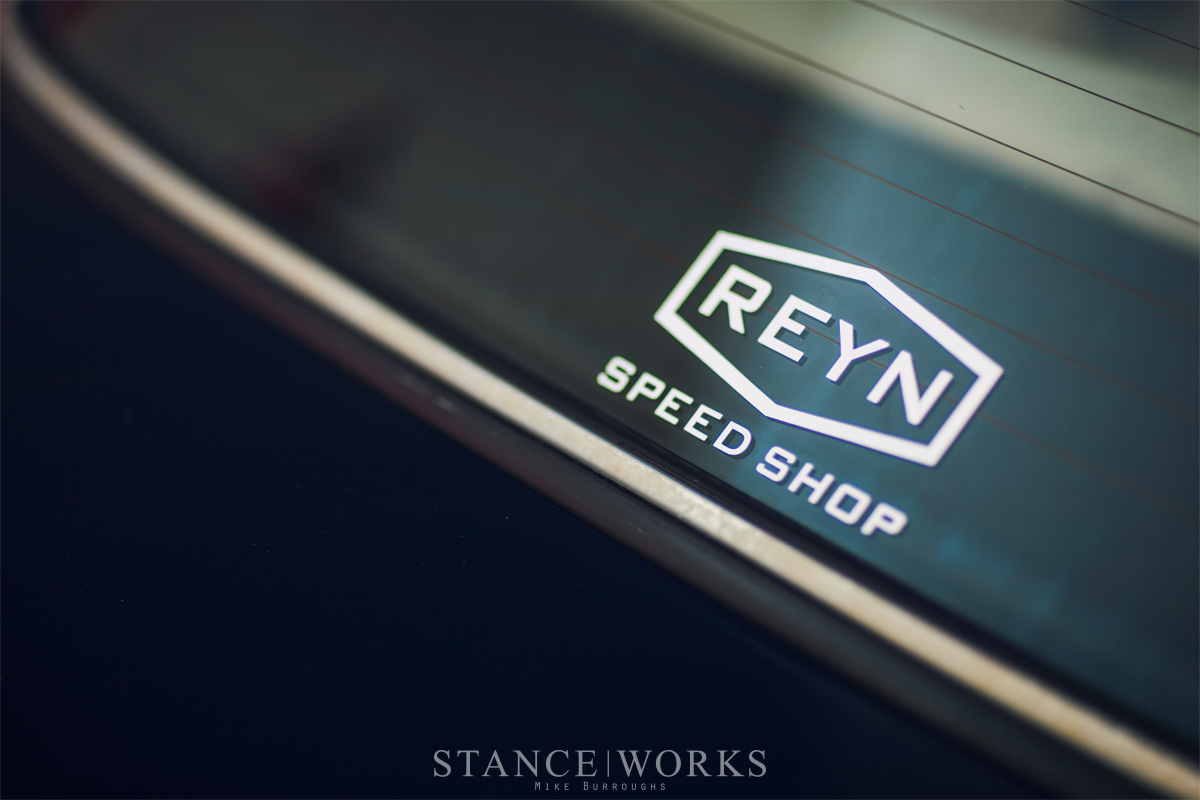 By now, I'm sure it's clear: this E21 is no normal E21. If the haunched, wide fenders didn't give that away, I'm sure the hints so far have, so why not start with what counts? Under the hood lies an M102, sourced from the 745 and shoehorned into the small, nimble 320i. With an Alpina boost controller and worked components, the engine puts out 315 horsepower and over 400lb-ft of torque. With just a little bit of time behind the wheel, you'll quickly understand why BMW never offered a 345i of their own. It's a lot to handle, and is sure to get away from any inattentive driver. The 225 rear tires, wide for the time period, spin without hesitation, and the scream of the tires makes for a harmonic symphony when paired with the guttural grunts of the turbo six. It's fast, to put it in its simplest terms. 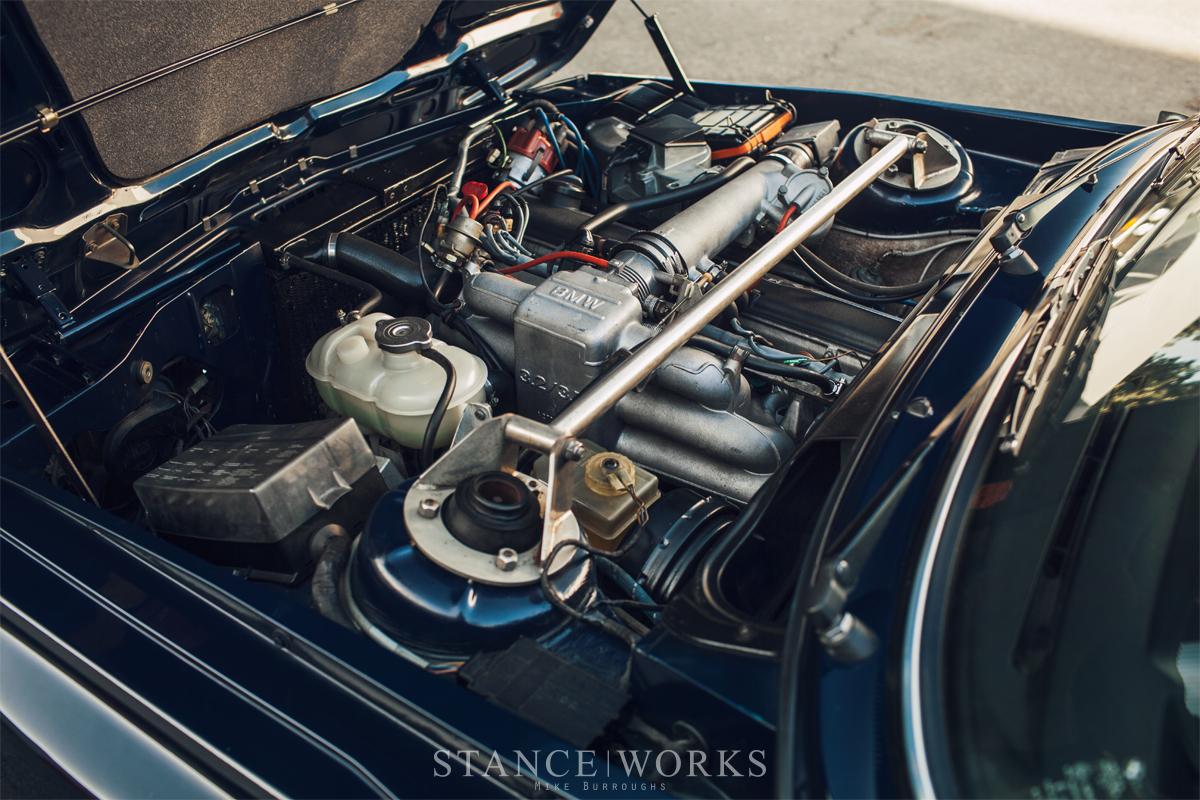 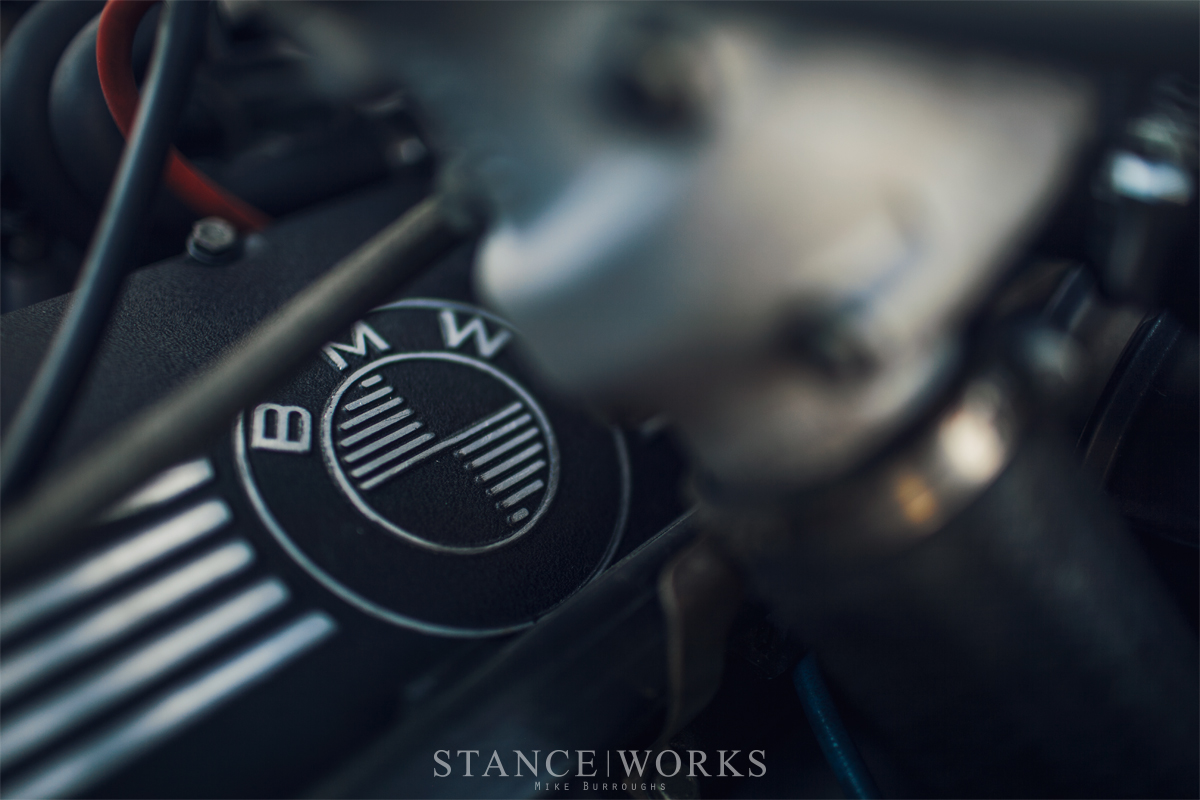 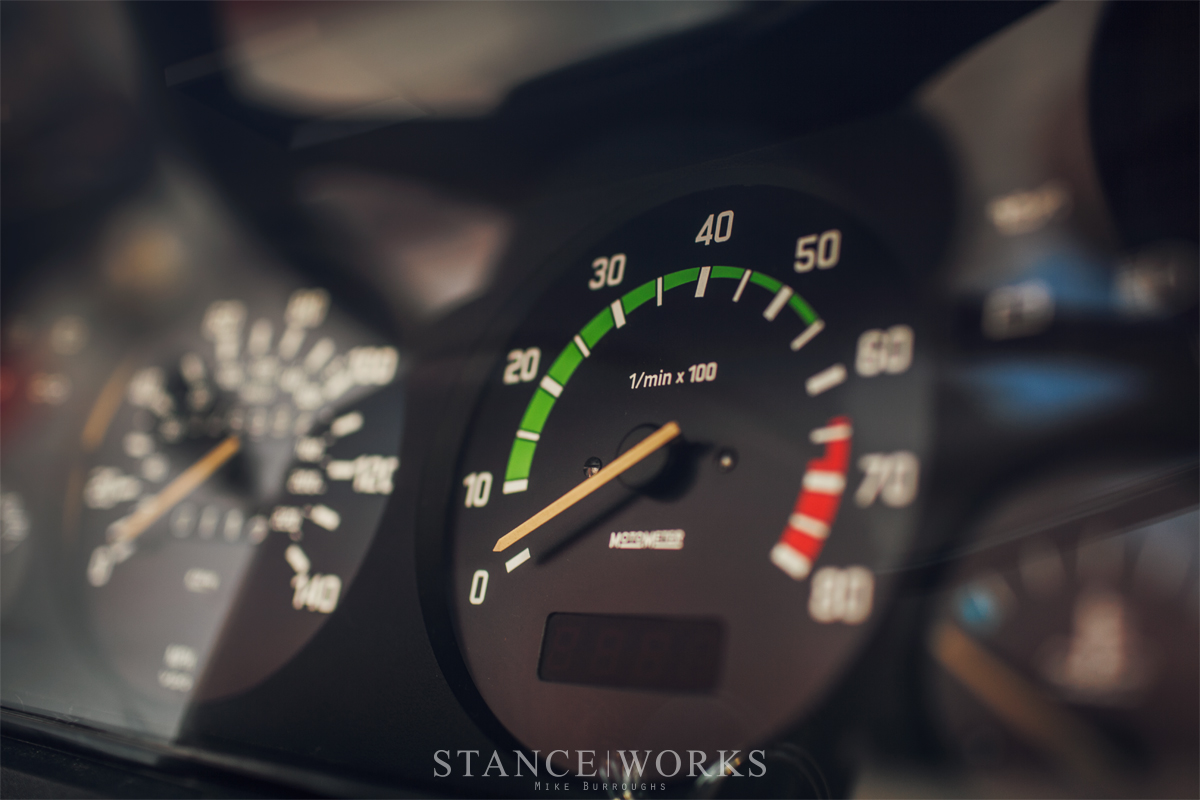 The "345i" oozes period-correct style inside and out. Most obvious is the one-off body kit, developed by Dietel Enterprises in collaboration with Hartman Enterprises many decades ago. Making room for the US impact bumpers is part of what makes the kit stand out as rather unique, foregoing the expected (and often preferred) swap to euro bumpers. The car's side moldings were shaved as well, showcasing once-prevelant styling cues that help make the "345i" stand out as wholly correct for its time. Inside the car, things are equally stylish. The E21 sports a completely reupholstered interior, done in a tan suede/Alcantara, with seats and door cards matching perfectly. 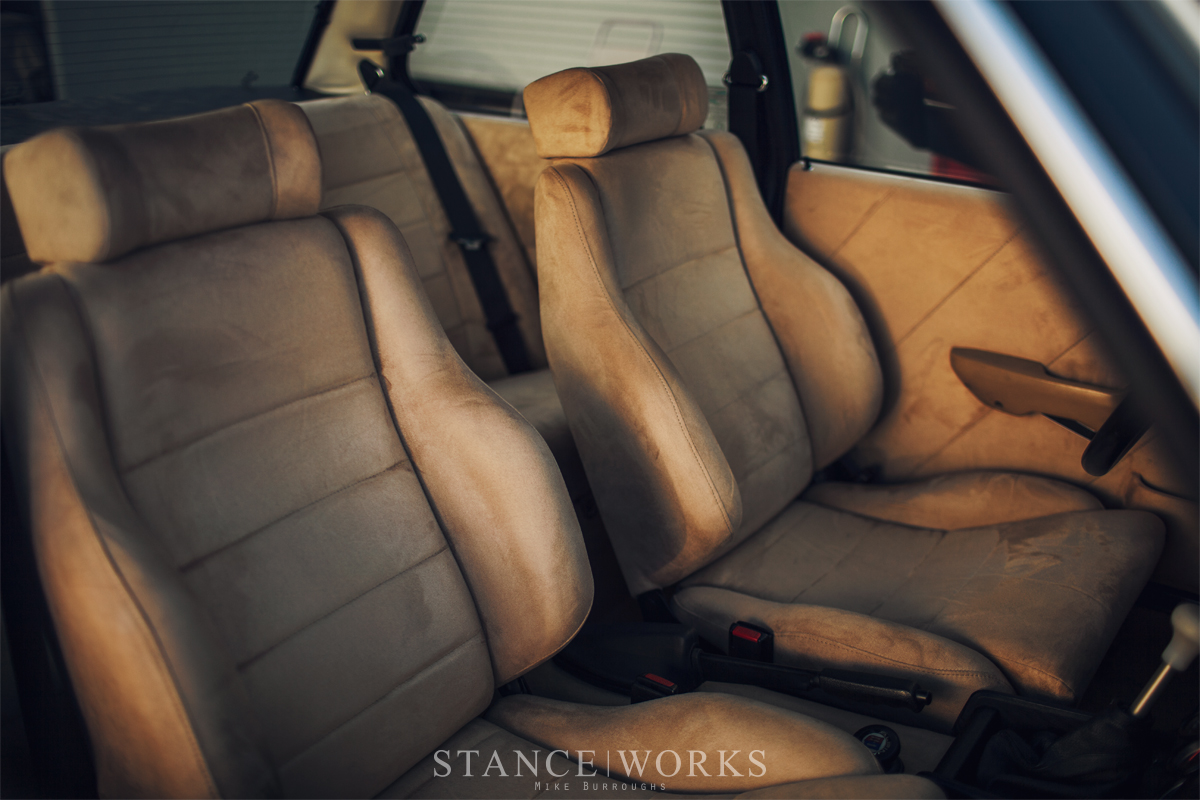 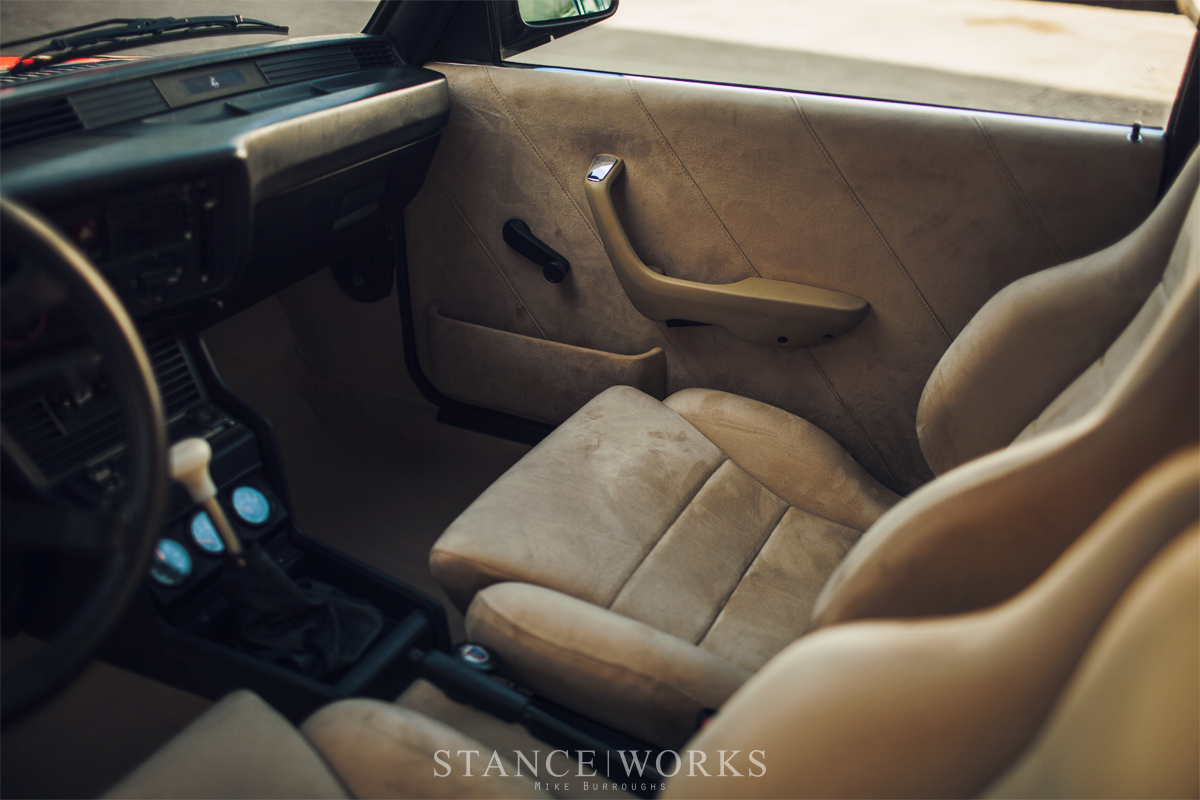 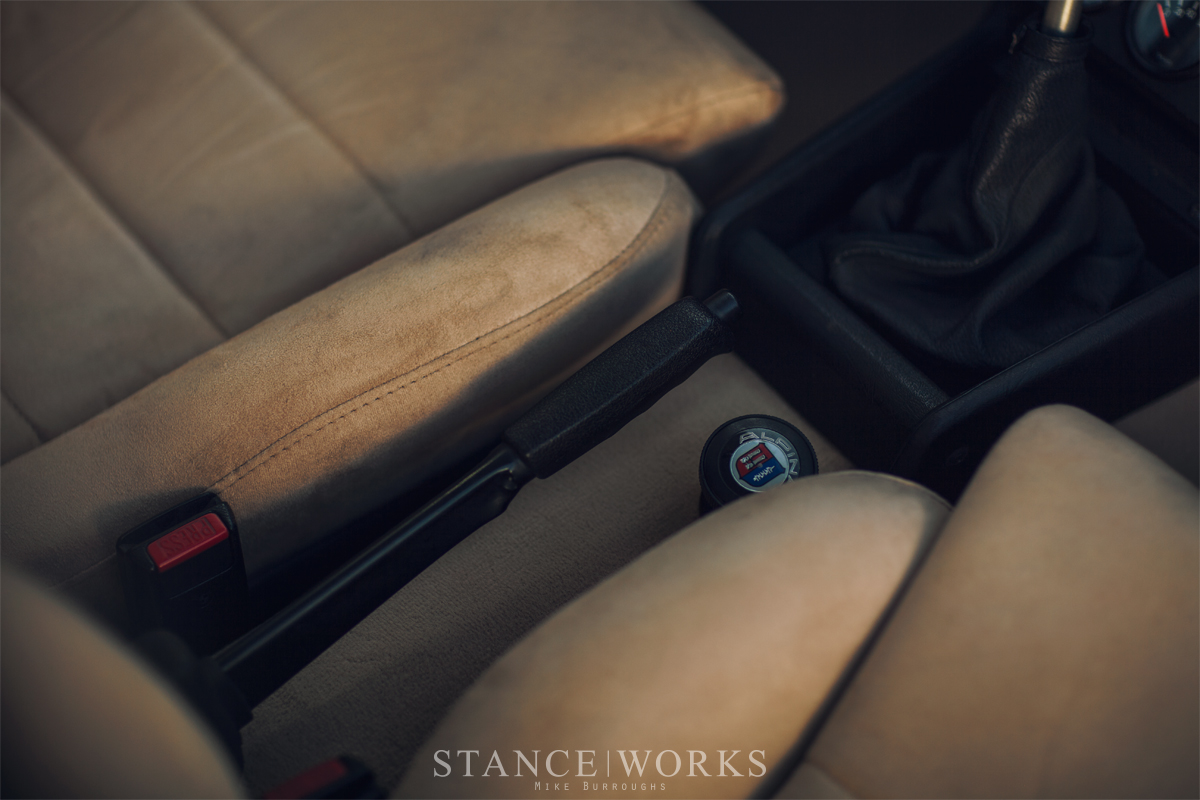 Underneath the car is where things begin to get rather exciting, as the car sports more than just a powerful engine. Supporting the car is a set of original Alpina coilovers front and rear. A modified E24 rear subframe and underpinnings were utilized to convert the car to a 5-lug setup too, with E24 vented rear disk brakes, and an absolutely wild set of M1 rotors and Lockheed magnesium calipers sourced from a Lola T600 IMSA GT car in the front. This is, of course, all hidden behind a 17" set of 5-lug BBS E50 motorsport wheels, which fill the car's huge arches while keeping in mind the styling of the time in which it was built. 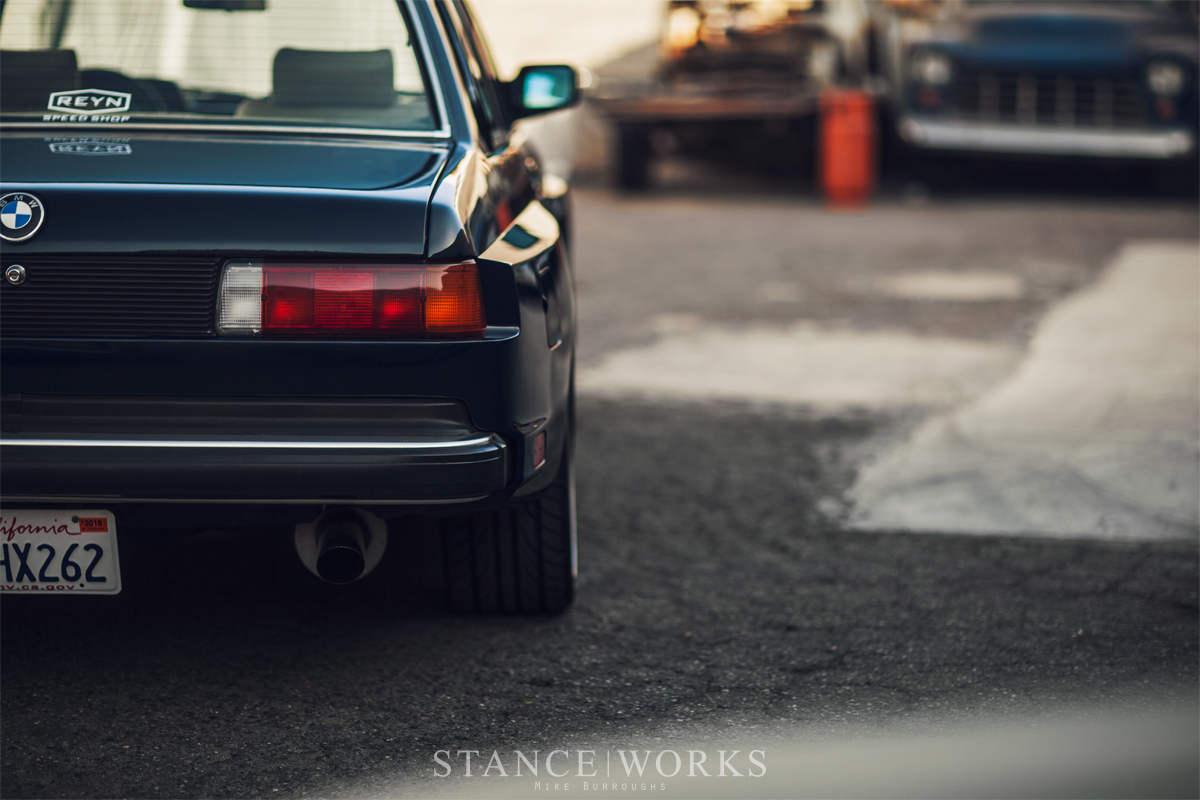 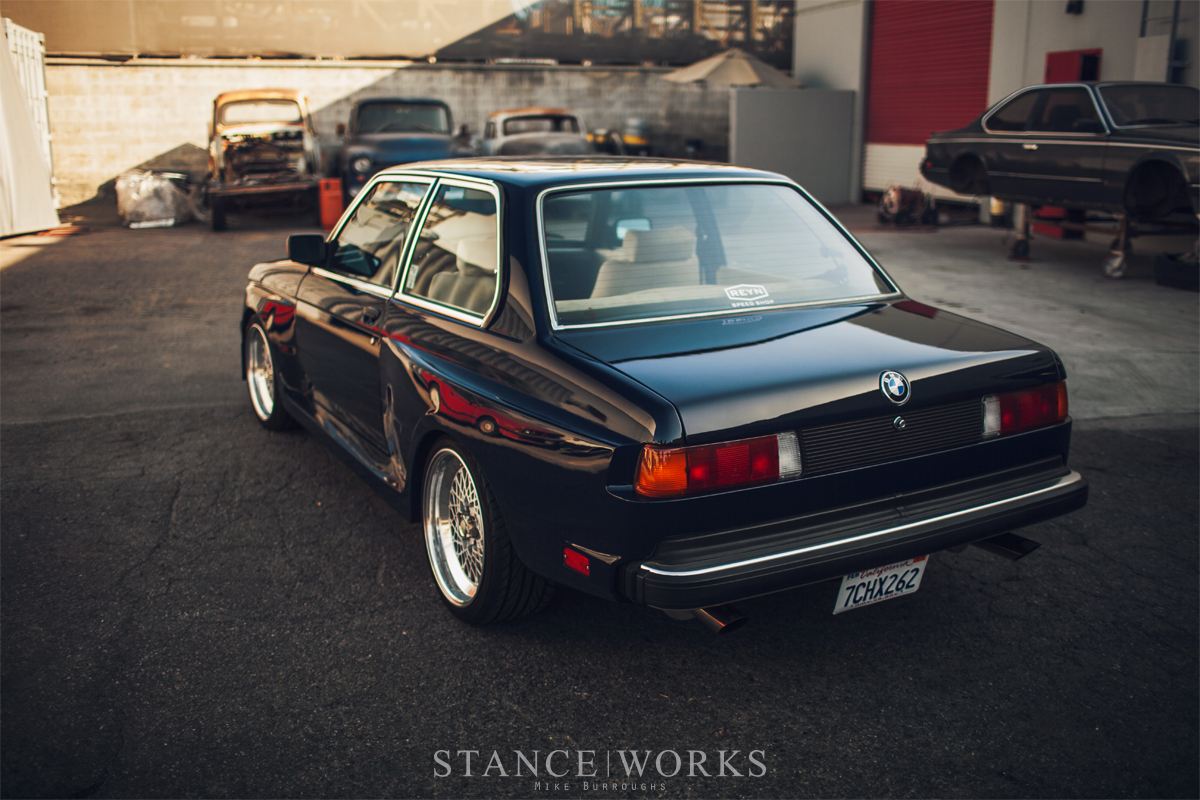 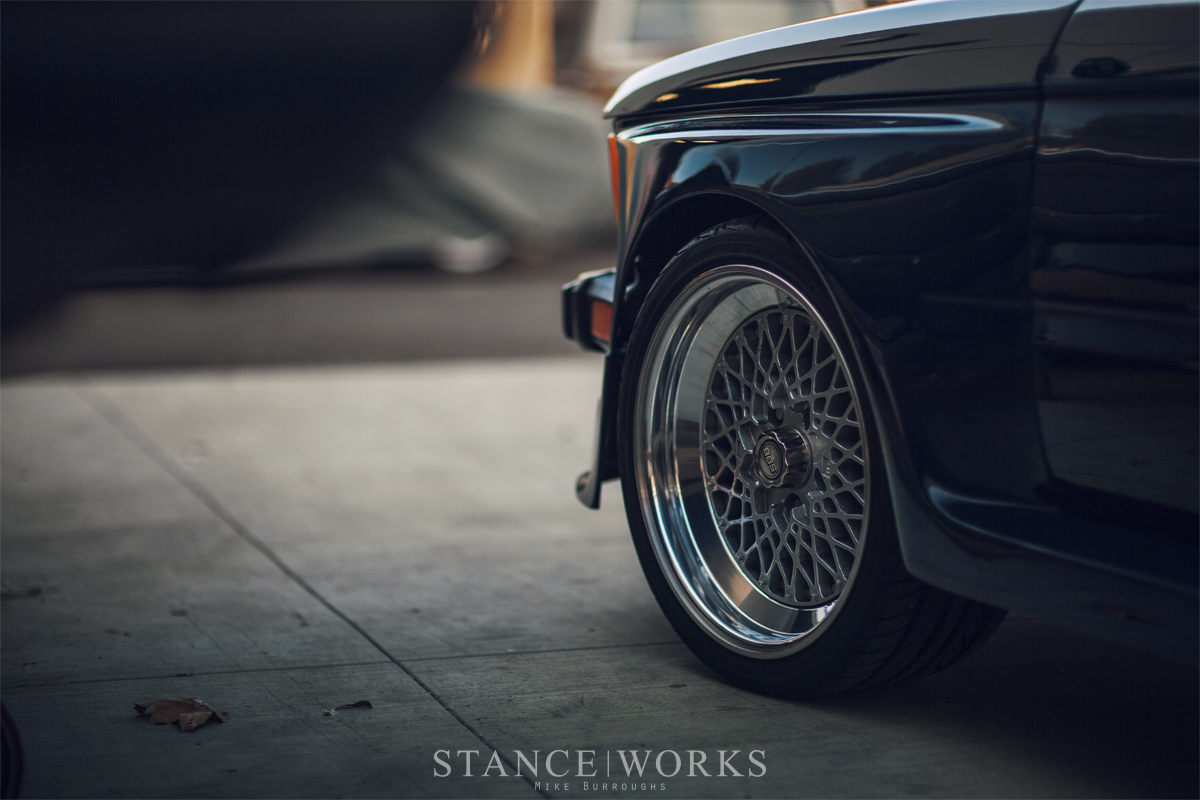 The suspension work continues, with an Alpina adjustable E24 rear sway bar fitted at the back of the car, and a splined NASCAR style bar built specifically for this machine under the nose. A super close ratio rack and pinion steering system has been fitted, and the car was extensively stiffened using Chromoly tubing integrated into the chassis. At the back of the car is a 70% lock-up Alpina differential, with an integrated pump and diff cooler. 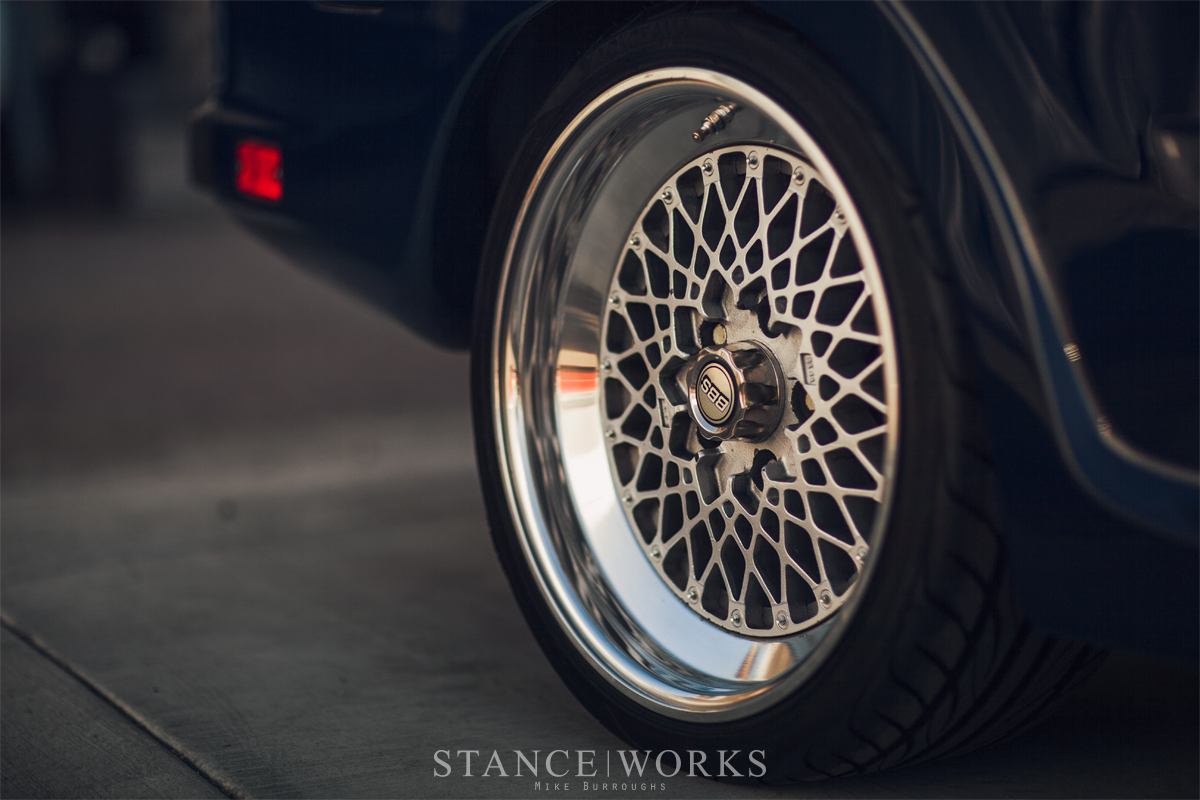 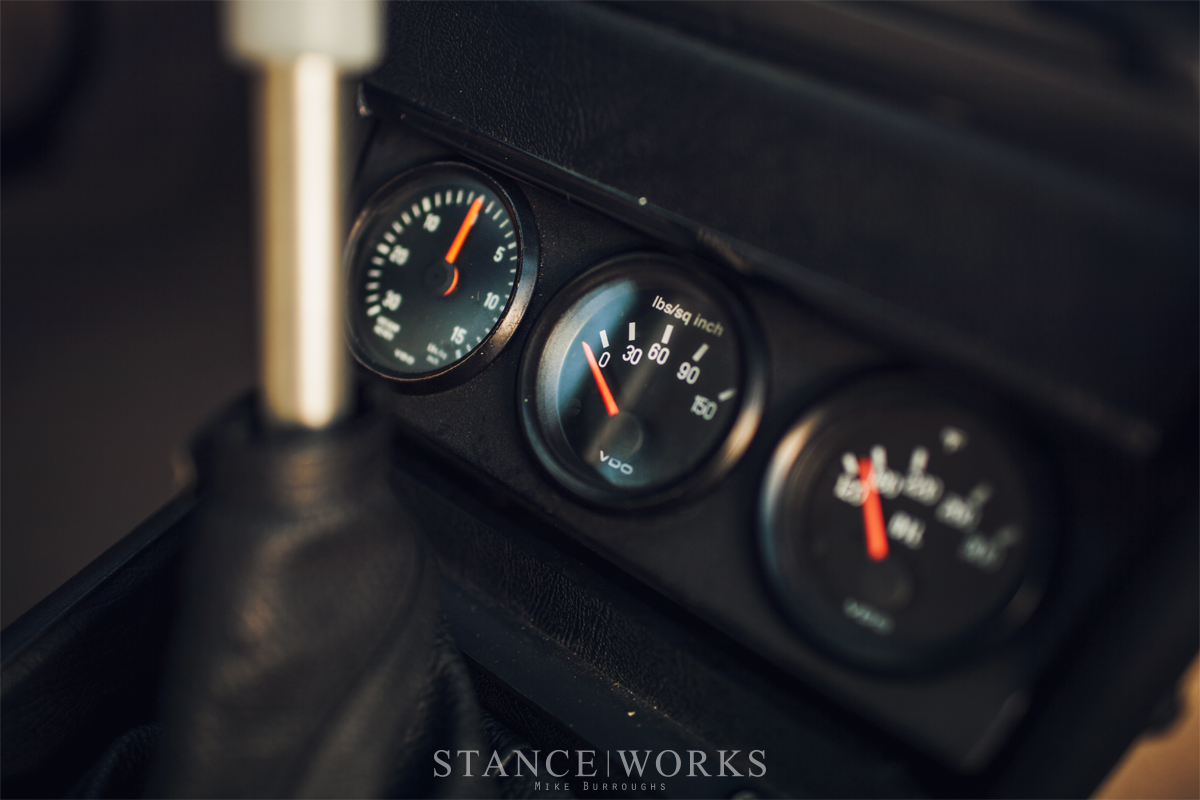 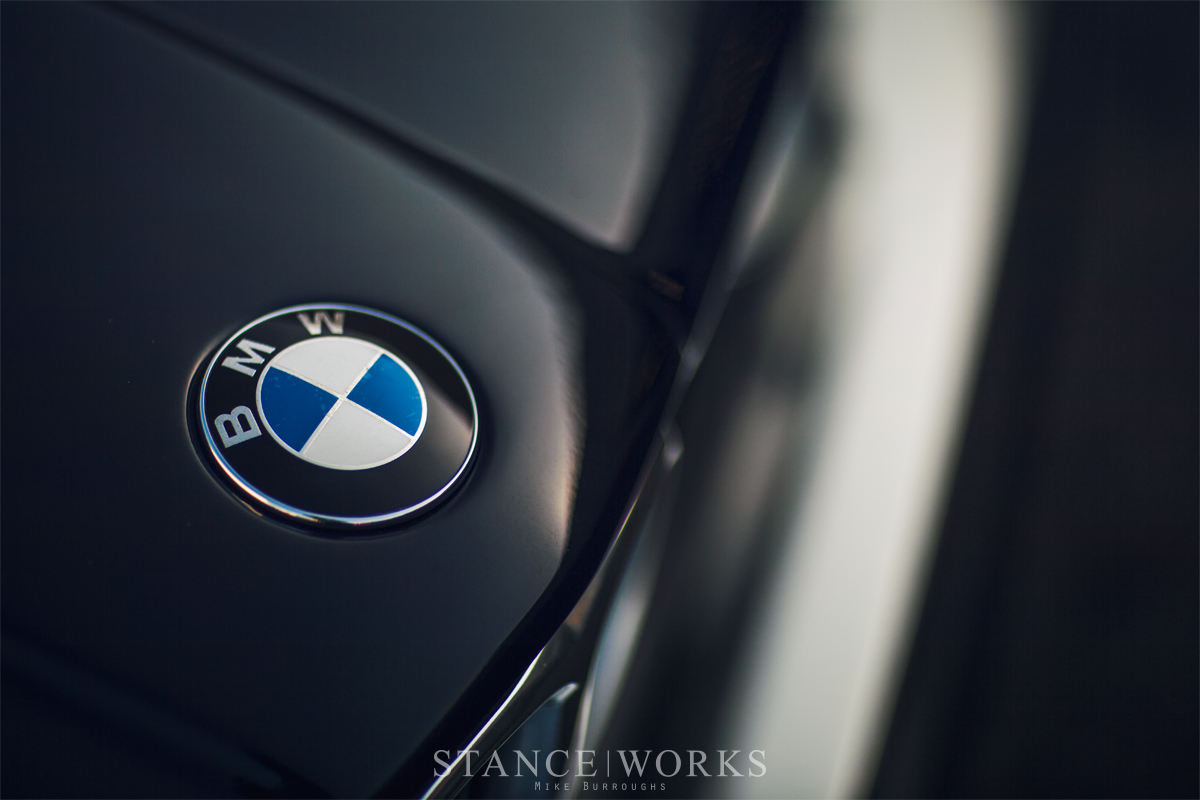 Clearly, the "345i" is equipped with all sorts of the coolest bits and pieces around. Best of all, it's still driven regularly, and hard at that, putting each piece and component that comprises it to work. It stands as an incredible example of 1980s styling, perfectly preserved, showcasing what the best E21 of the 1980s probably looked like. So the question now is: How does it hold up to today's standards?  We think quite well. Tell us what you have to say. 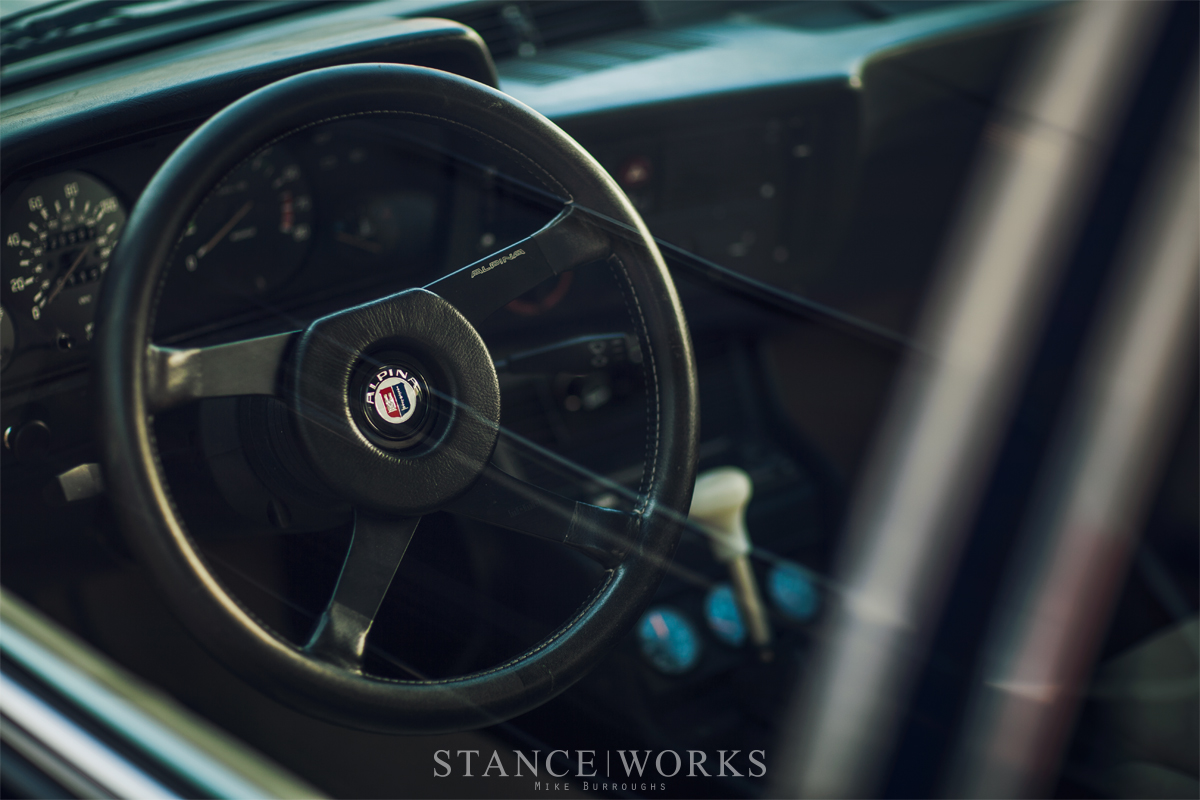 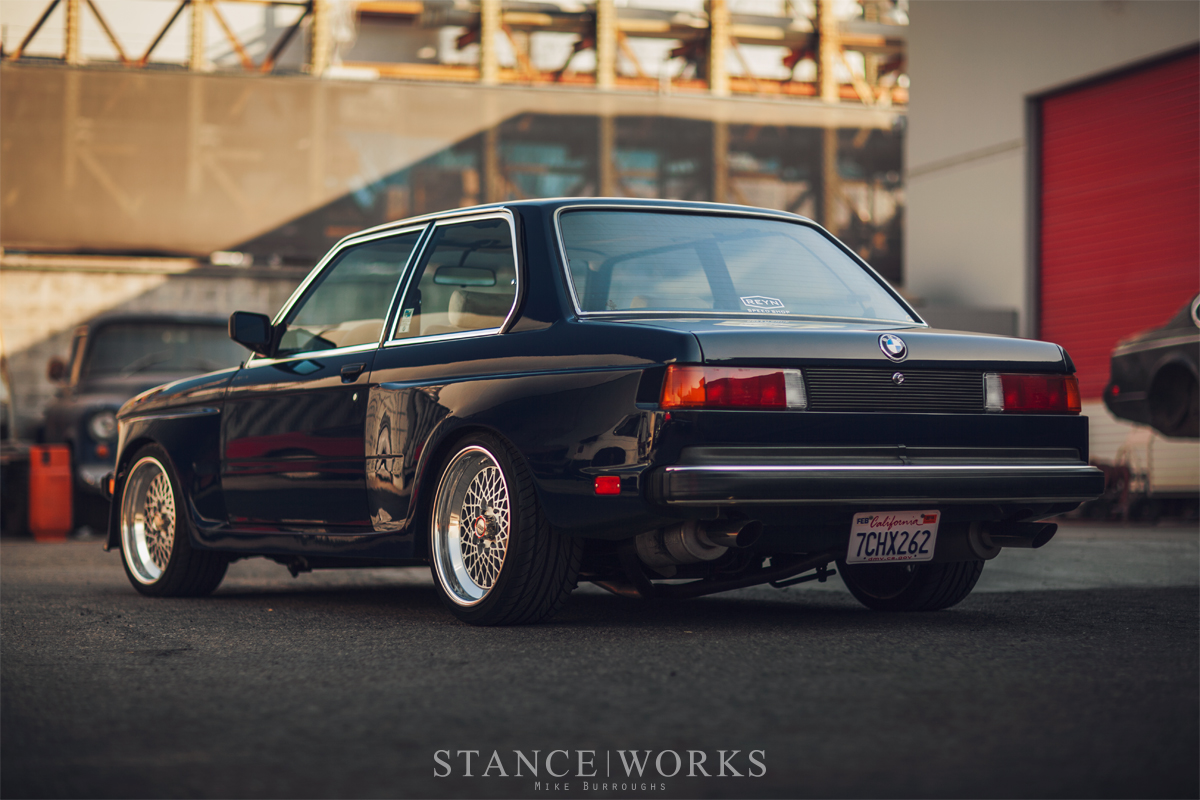