As the Snow Melts – Erik Hendricks’s B7 A4 Avant

As the Snow Melts – Erik Hendricks’s B7 A4 Avant

Not every car is a full-fledged build - while some cars have money thrown at them hand over fist, others achieve an air of elegance through style and candor. Cars are more than just objects to most of us, they become an extension of our own being, when we use them every day. For Erik Hendricks, his B7 A4 avant is no exception. 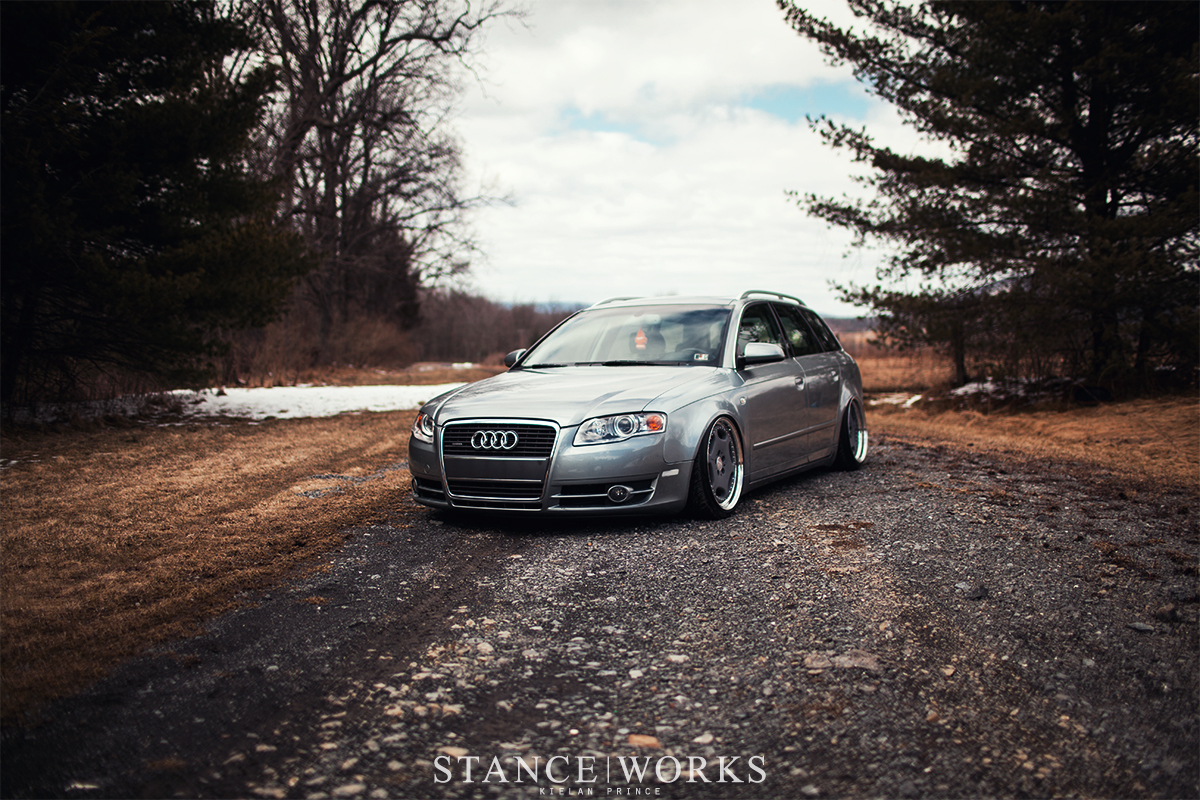 While this is not his first foray into VAG cars, this is definitely a change up from what he’s done in the past. When he was 17, he bought a Mk5 Rabbit, lowered it, had a few sets of wheels, before hr traded it for a built 16-valve Jetta coupe that turned out to be a much larger headache than anyone could have asked for. After a short stint in a diesel Mercedes wagon and rebuilding the motor, he picked up the Audi in August. 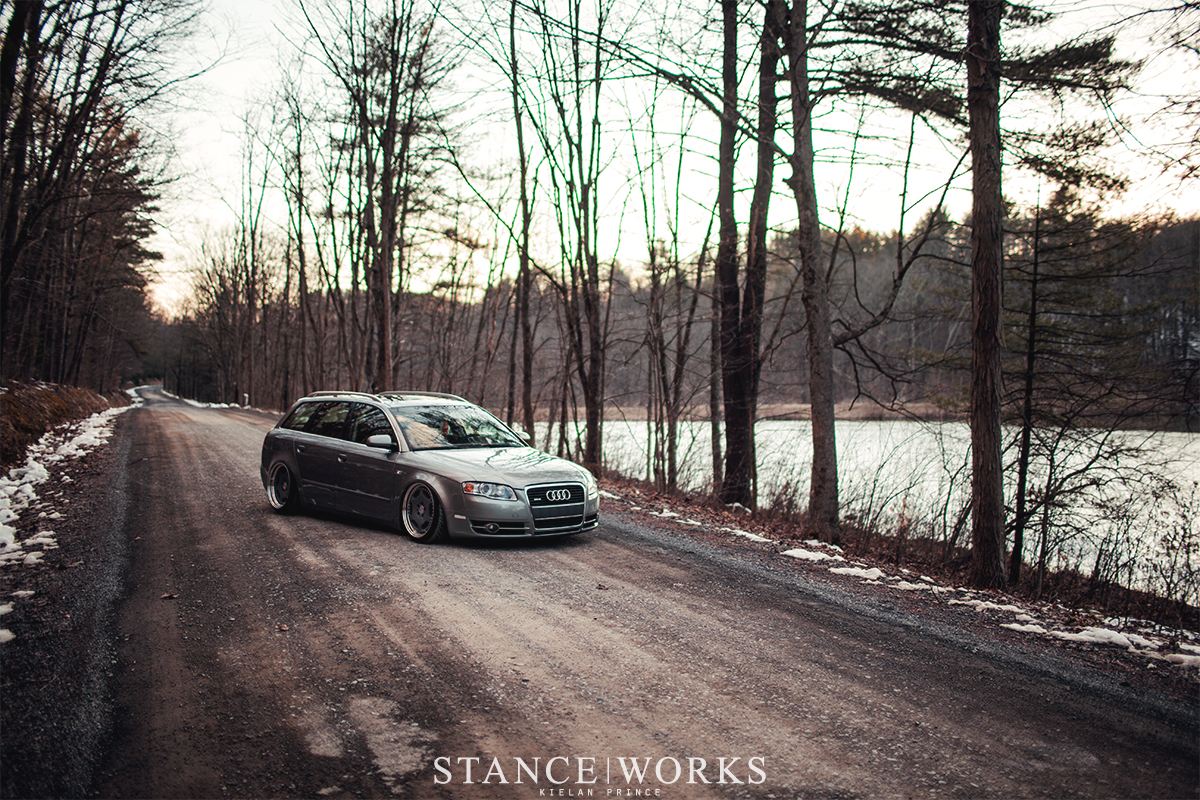 Erik is also a bit of a truck fan -  he has built quite a few serious trucks; two F150s, a Ranger, an F250, and Dodge 2500. All of these trucks were tall enough to stand under, and the Dodge put down 500 horsepower and more than 1,000 lb-ft of torque. Needless to say, it was definitely no slouch. However, he has since traded the Dodge for an FD RX-7. 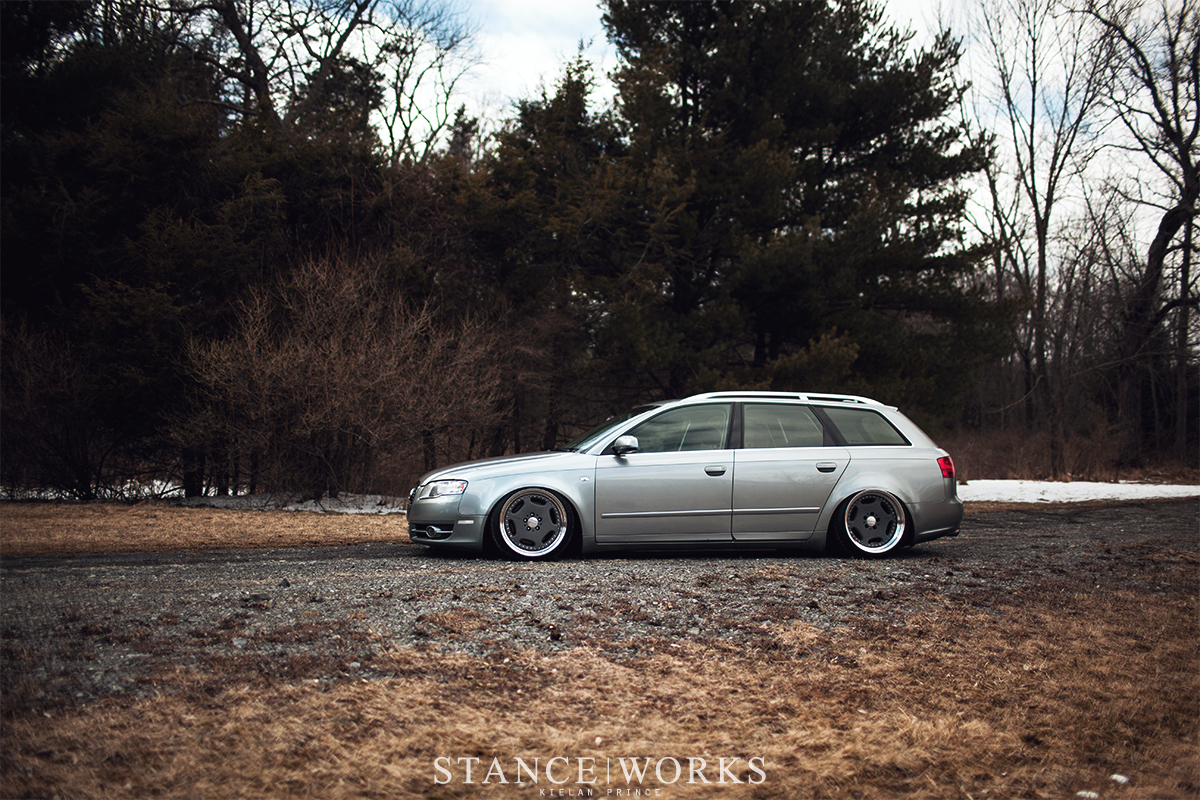 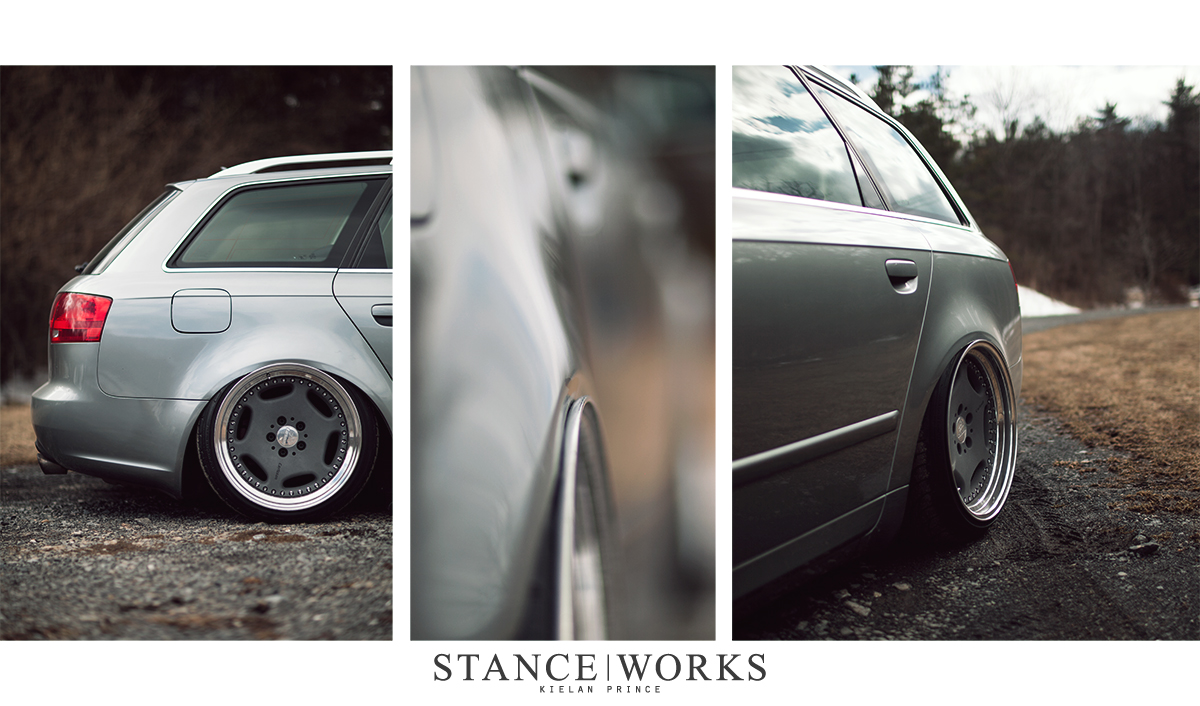 Within the same day of buying the A4, a set of ST coilovers were ordered and a week later he jumped on a set of used 19” Rotiform BLQs. After being content with the car for a few months, Erik had decided it was time to really step his game up. He traded his Rotiforms for a set of 18x8.5” 18x10” Carlsson 3/6s in extremely rough shape. He brought them back to life by getting new lips for the fronts bringing them to 18x9, and lots of long nights of polishing spent on the rear lips. 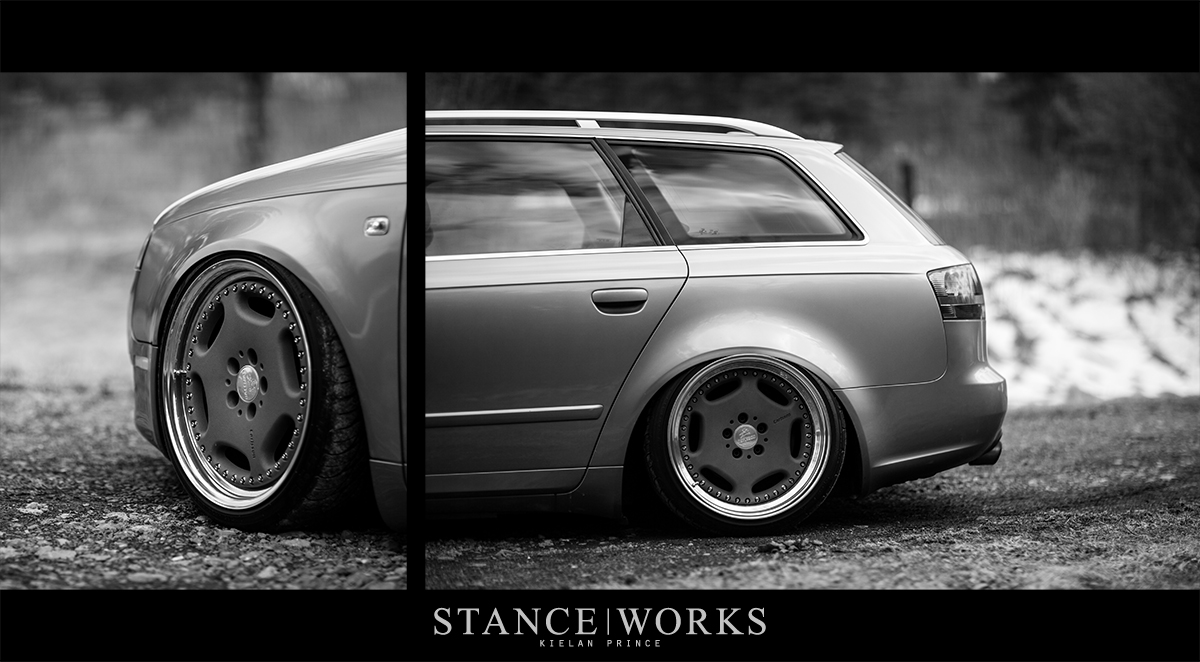 To pair up with the new wheels, Erik ordered Airlift XL Slam bags and digital management to get the car closer to earth, and really bring home the fitment. All the while Erik has been daily driving the car since the day he bought it, through the harsh Pennsylvania winter and all. 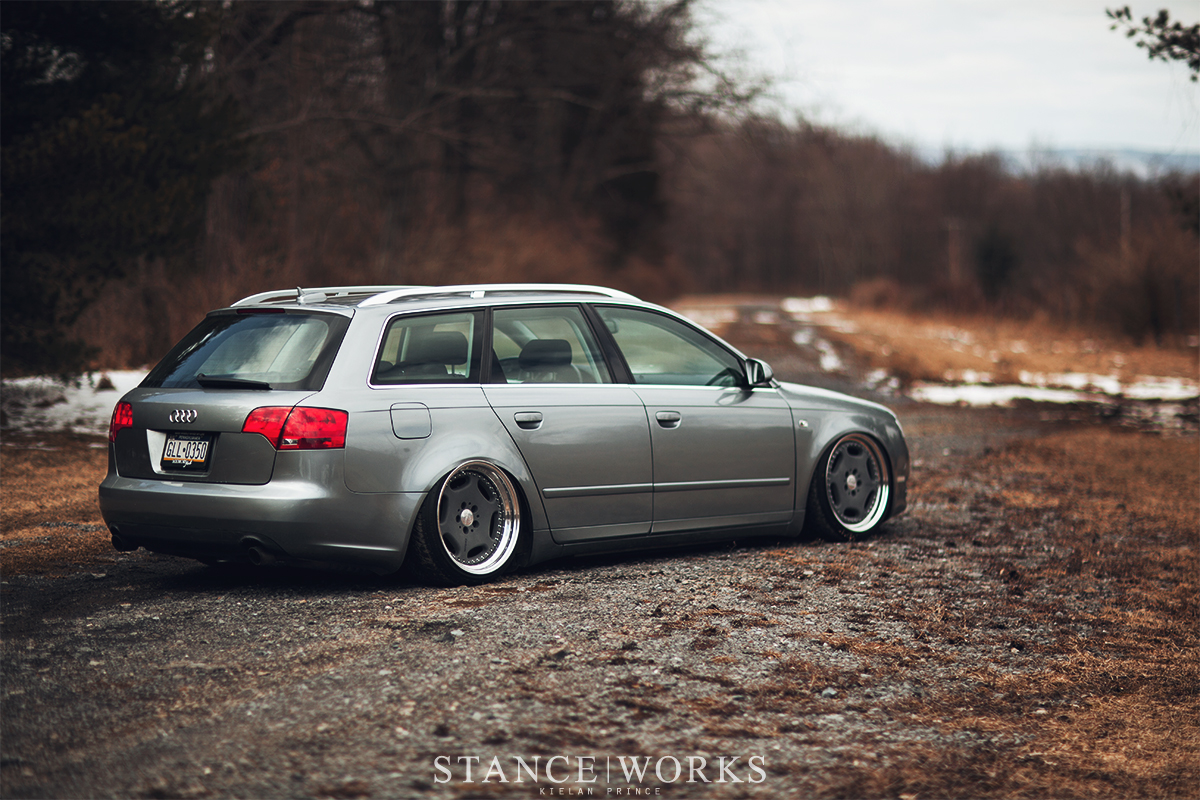 Admittedly I was skeptical of Erik’s wheel choice when he first told me what he was getting, but now seeing it all together, it really is a sight to be seen. The Harley Davidson Warlock gray powder coated centers, done by 4Ever Kustoms really brings the whole car together. Paired with the flawless fitment you see before you, the car really sets itself apart.

The avant still retains all of it’s family functionality for Erik’s “growing family” of himself and his dog Flash. Despite the “flashy” heavy wheels, and fancy “up and down” suspension, Erik still continues to daily the car to and from work everyday, and doesn’t have any plans to change that. 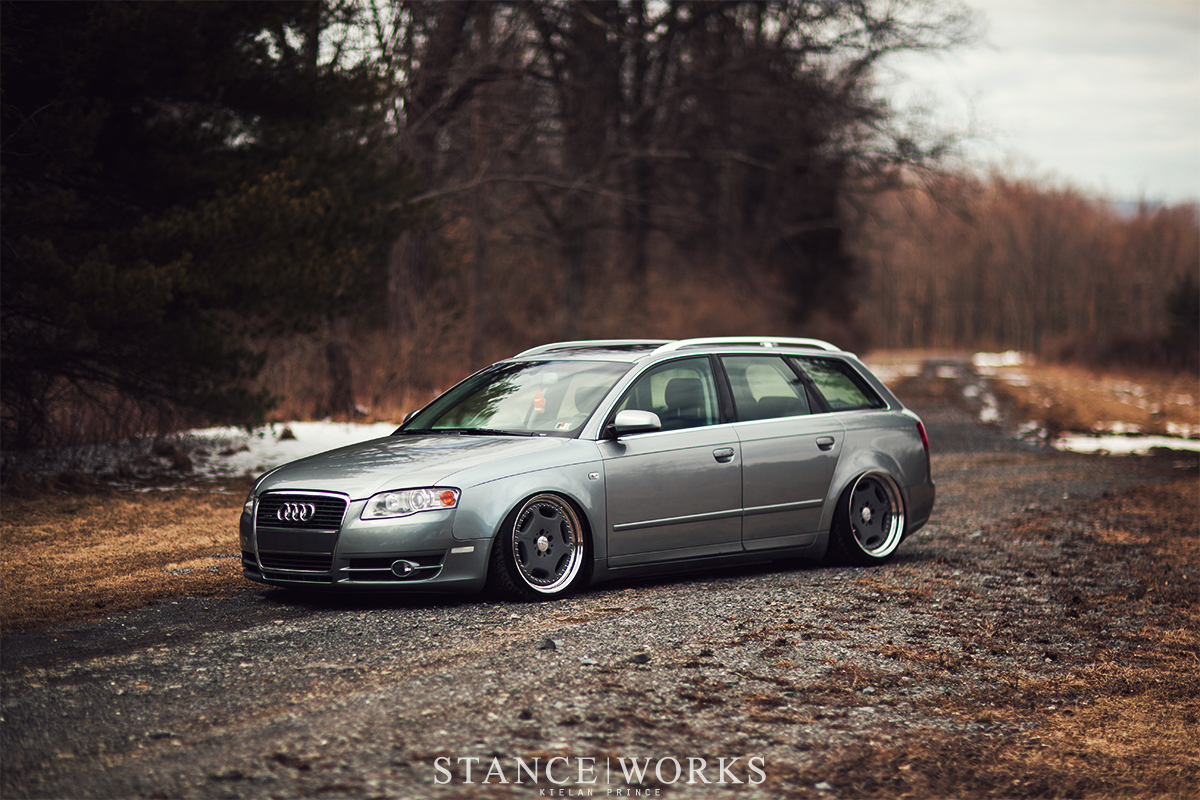 Erik and I first met a few weeks before H2Oi, and since then he has become one of my better friends. He is one of the most laid back, just have fun with it all kind of guys I have ever met. Not only has he spent numerous hours helping me work on my own car, but he’s always down to lend a helping had. He really does represent everything that is good about the “scene”. 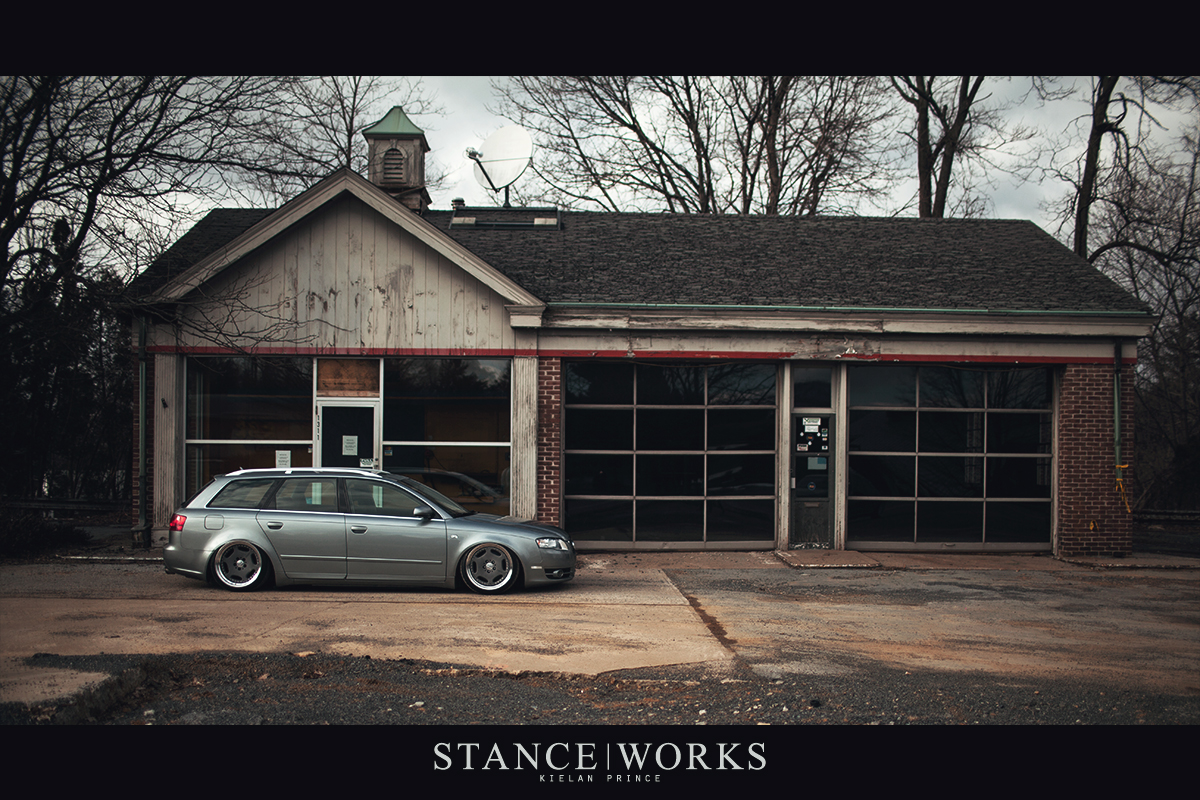 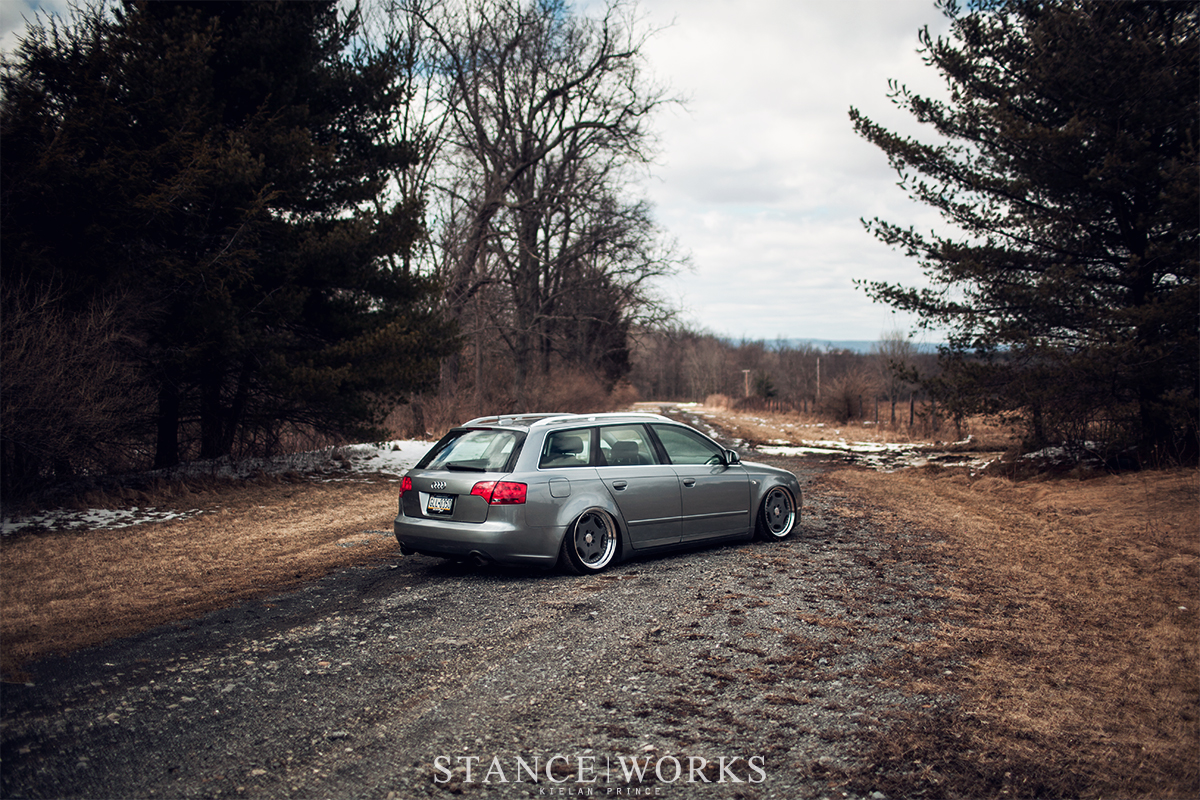 Erik would like to thank Puff Euro Garage in Lock Haven, as well as Chris Nyman for his help with the air ride install, as well as Jason Diem at 4Ever Kustoms for getting his wheel centers done in a week. 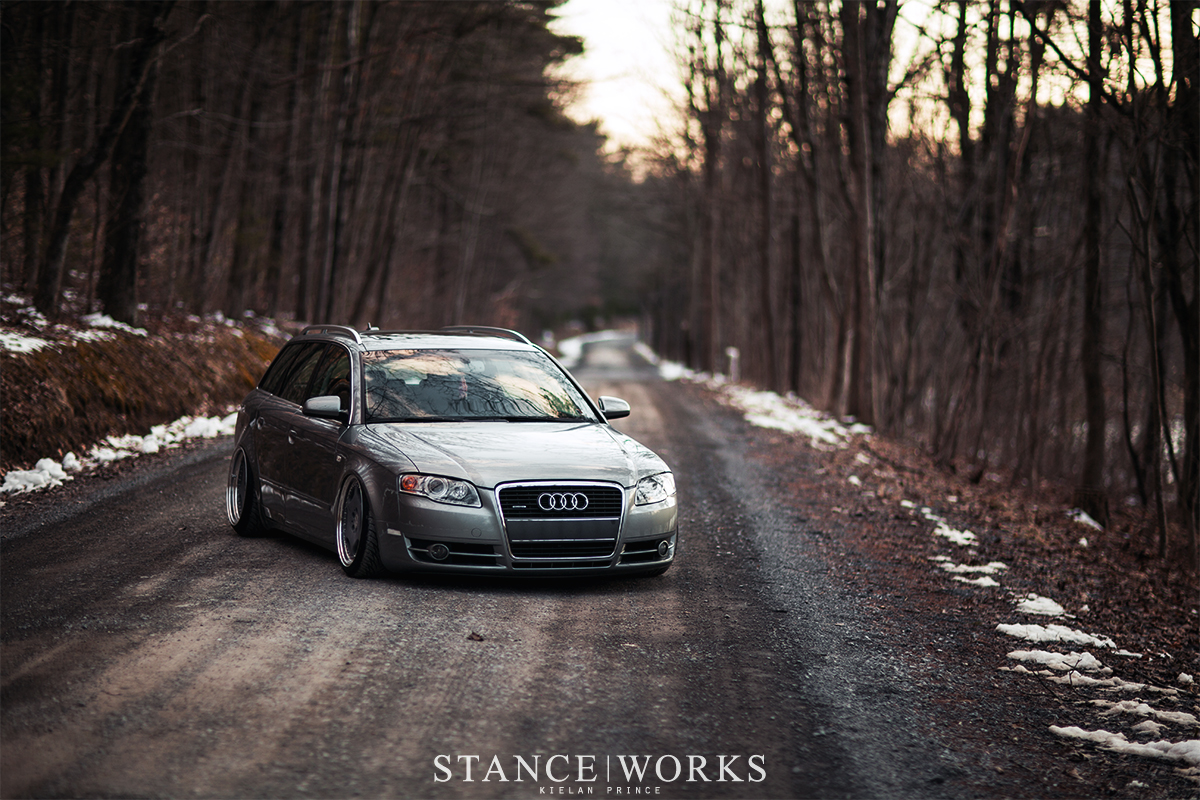