From the Gates of Hell – The Dodge Demon is One of the Most Badass Cars Ever. Period.

From the Gates of Hell – The Dodge Demon is One of the Most Badass Cars Ever. Period.

There's no real way to put this lightly, so I'm going to start off with a bang. The Dodge Demon is one of the coolest cars ever built, period. I dare you to disagree with me. It makes my heart race, my thoughts stir, and my face melt right off the bone. It's absolutely mental, and if you ask me, we're due to redefine Americana. So long, screeching of bald eagles, we're here with the scream of boiling tires. The grandstands of Wrigley Field are relevant no more, we're headed for the bleachers at the drag strip. My red white and blue rocket is ready for liftoff, folks. And no, Dodge didn't slide a check across the table my way to write this - I probably burned that bridge ages ago with all the negative things I've had to say about the marque since my adolescence. And no, I haven't lost my mind. Surprising to me, the Dodge's new flagship coupe is causing controversy, and frankly, I'm here to rain on your pity party parade. The impressiveness of the Demon isn't up for debate. You either love it, or you're wrong. 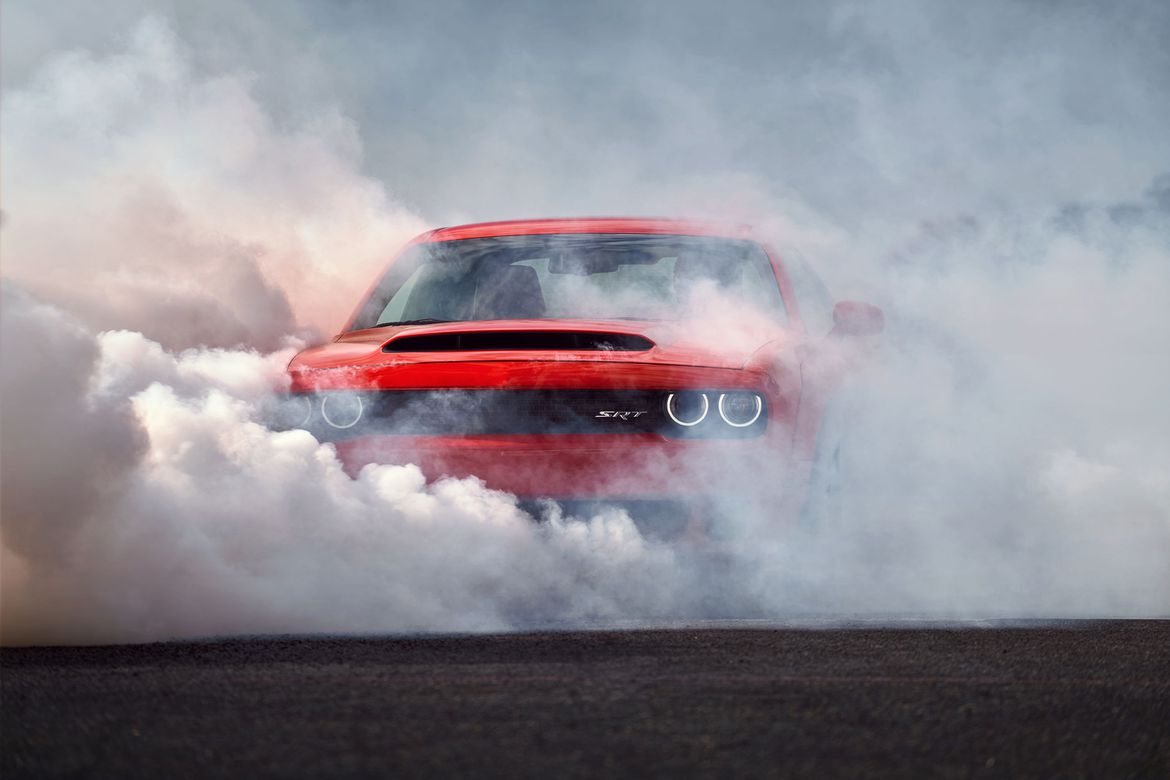 In case you've been living under a rock, just days ago, Dodge announced the all-new Demon. It's based on the Challenger platform, and takes the idea of the Hellcat - a 707 horsepower high-output variant - and injects it full of steroids and some form of automotive Human Growth Hormone. The Dodge Demon pumps out 840 horsepower, sports widebody arches, and has 315mm Nitto NT05Rs on all four corners. It's ludicrous in every sense of the word. 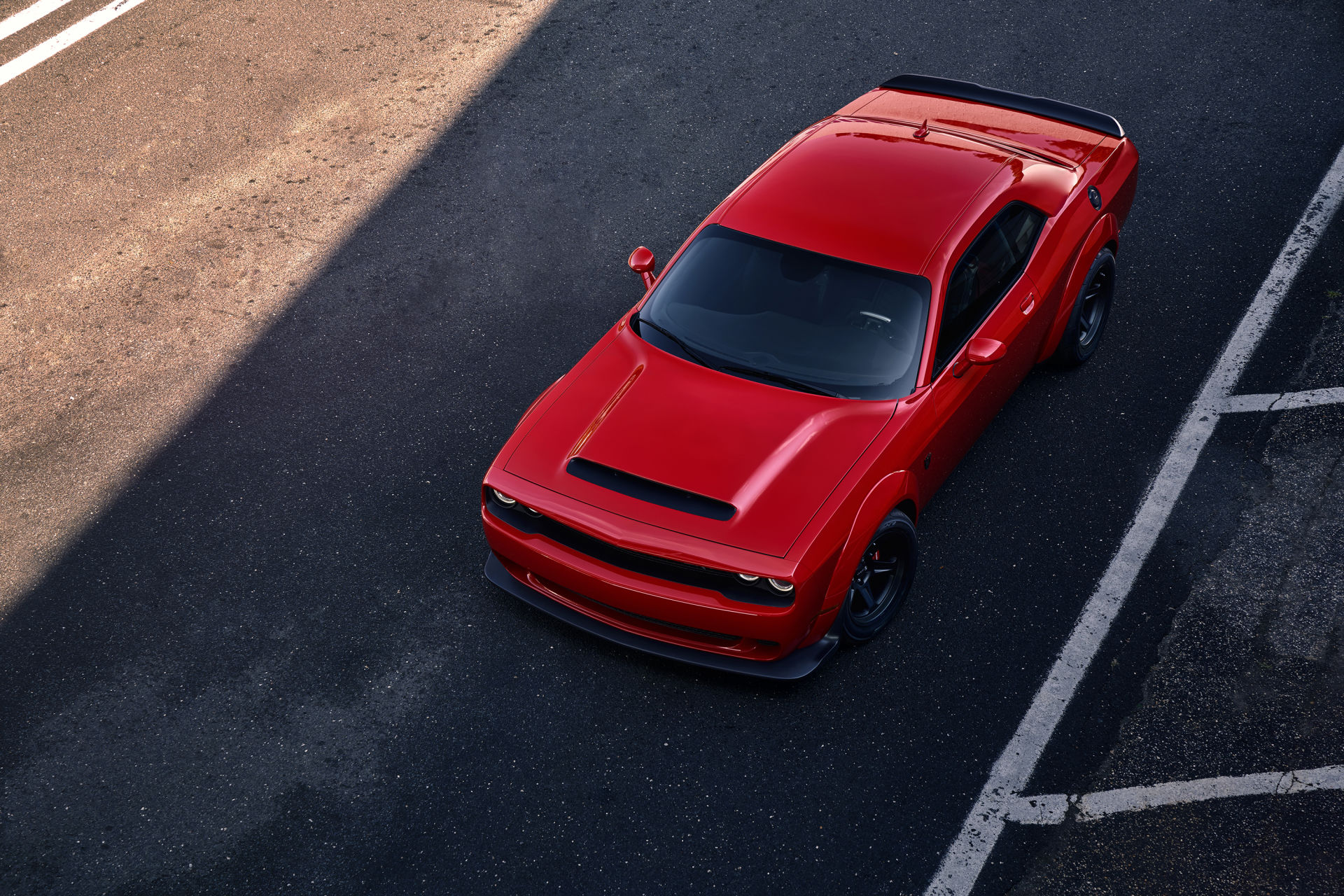 Now look, it's hard for me to get excited about a Challenger, or any Dodge at all really, save for the Viper. But in case it's not clear, 840 horsepower makes this machine the most powerful production V8 ever. Ever. Not "at the moment" but ever put into a production vehicle. And all that power means the Dodge Demon carries its 4200 lb hefty ass to 60 miles per hour in just 2.3 seconds. Two point three seconds. It makes it to 100 miles per hour in just 5.1 second. And it'll take down a quarter mile pass in a record-breaking 9.65 seconds. 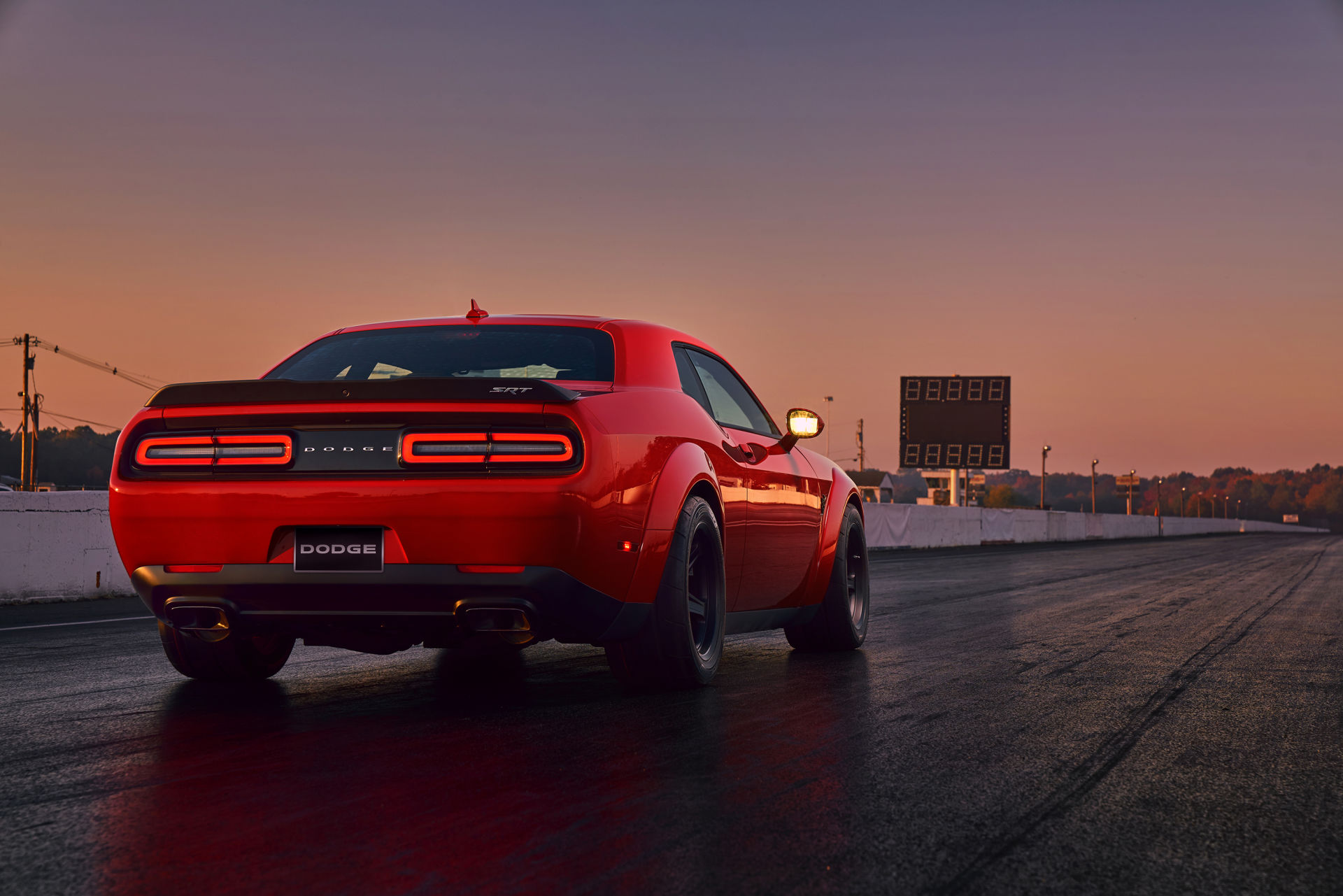 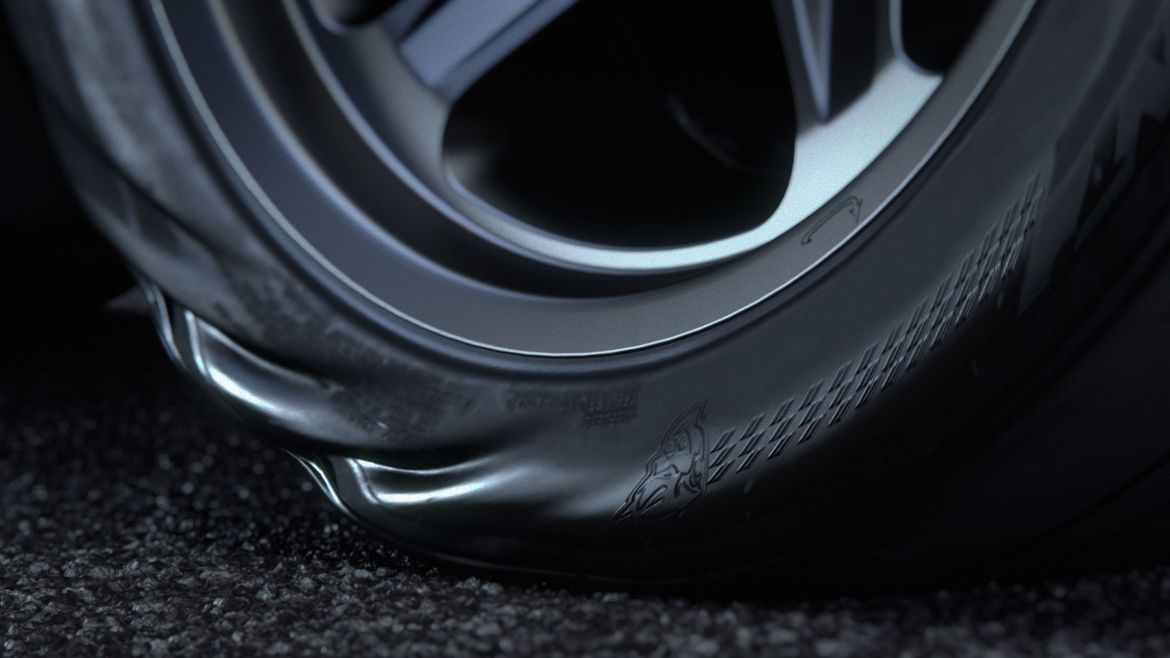 So maybe you're with me in thinking "that's absolutely maniacal," and you'd be right, because it is. It's the fastest production quarter mile ever. It means it'll smoke anything and everything you come across on the street. It means guys will need a prepped drag car to beat you, because that's what you're driving, and a quick one at that. Seriously, it's fucking awesome, and I don't say that lightly. 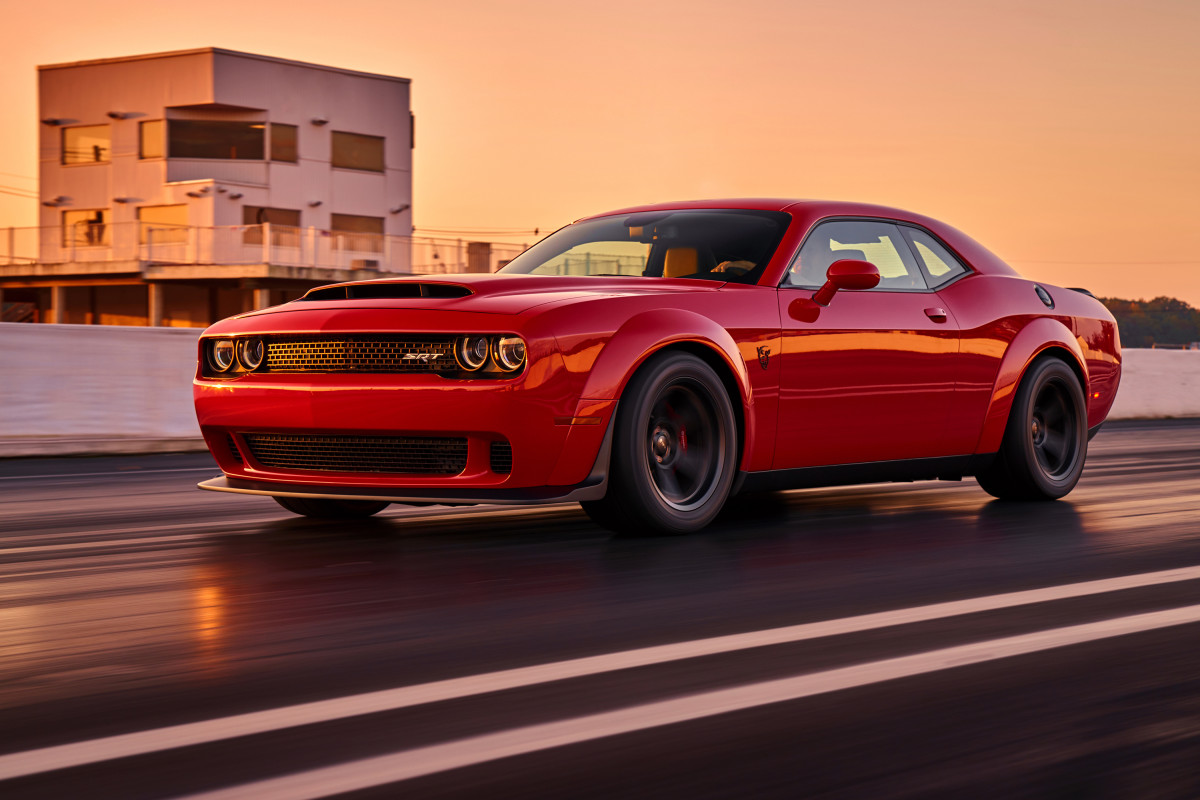 So what's cooler than a Dodge Demon? I wish it wasn't a trick question, but unfortunately, it has two answers. The first answer is nothing. Look, I'm not a drag car guy, and I never have been. Straight line speed, while I respect it, isn't where my interests are, and the idea of a production drag car isn't necessarily enthralling to me. But here we have a company - and Dodge of all companies, not necessarily standing out at the moment for resounding success in the international car market - taking a leap of faith and building something totally nuts. It's asinine. I don't know who was paid off with what kind of carnal favors in order to make this car a reality, but whoever made this happen deserves a round of applause, and a lifetime supply of Budweiser. 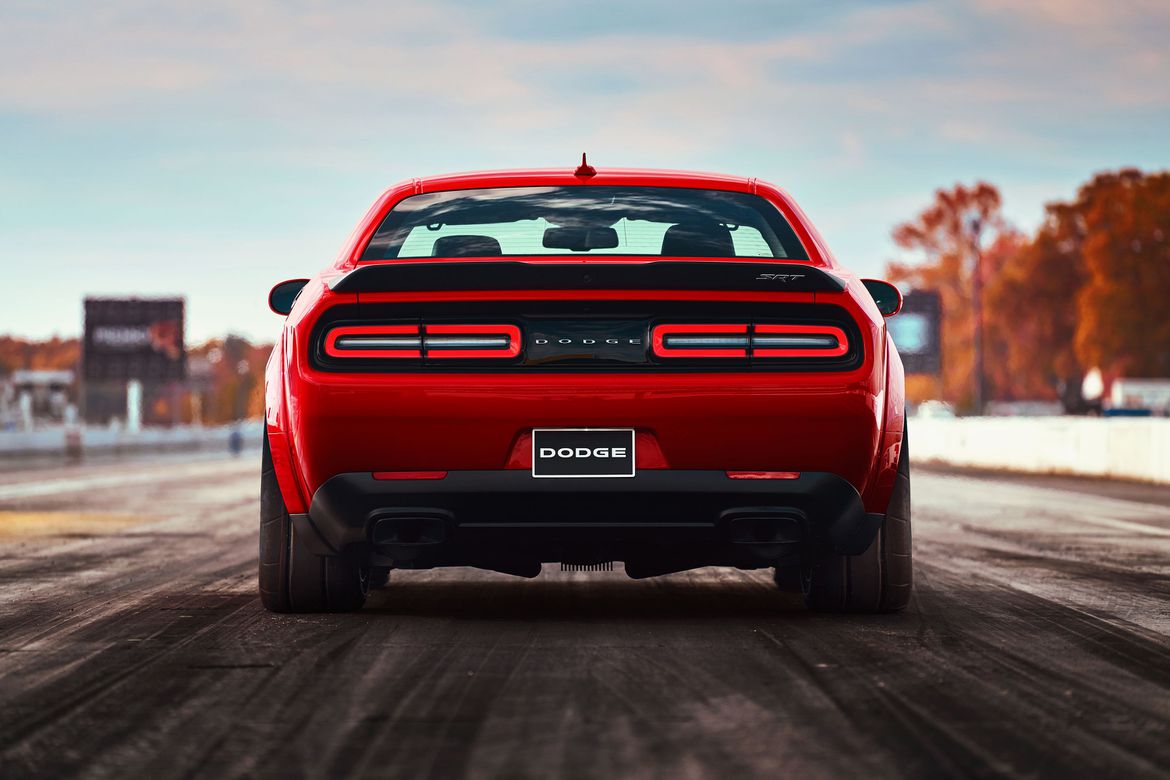 It's flat-out awesome. The power figures and trap times are incredible in their own right, but the car doesn't stop there in its effort to win over anyone with a love for all things racing. Not only does it have a line lock, it's the first production car with a trans brake, making for launches that will pull the front wheels off the ground. That's right. It's the first production car that will do wheelies, people. Does it get any cooler than that? It comes without a passenger seat or rear seat as a default option - this car is clearly meant to do one thing and one thing only, and that's scramble down the strip faster than anything else anyone is selling. It'll even throw you back in your seat with 1.8G of acceleration. Each of the 3,000 cars are numbered and labeled, built for each owner. Oh, and it's going to cost less than $100,000. 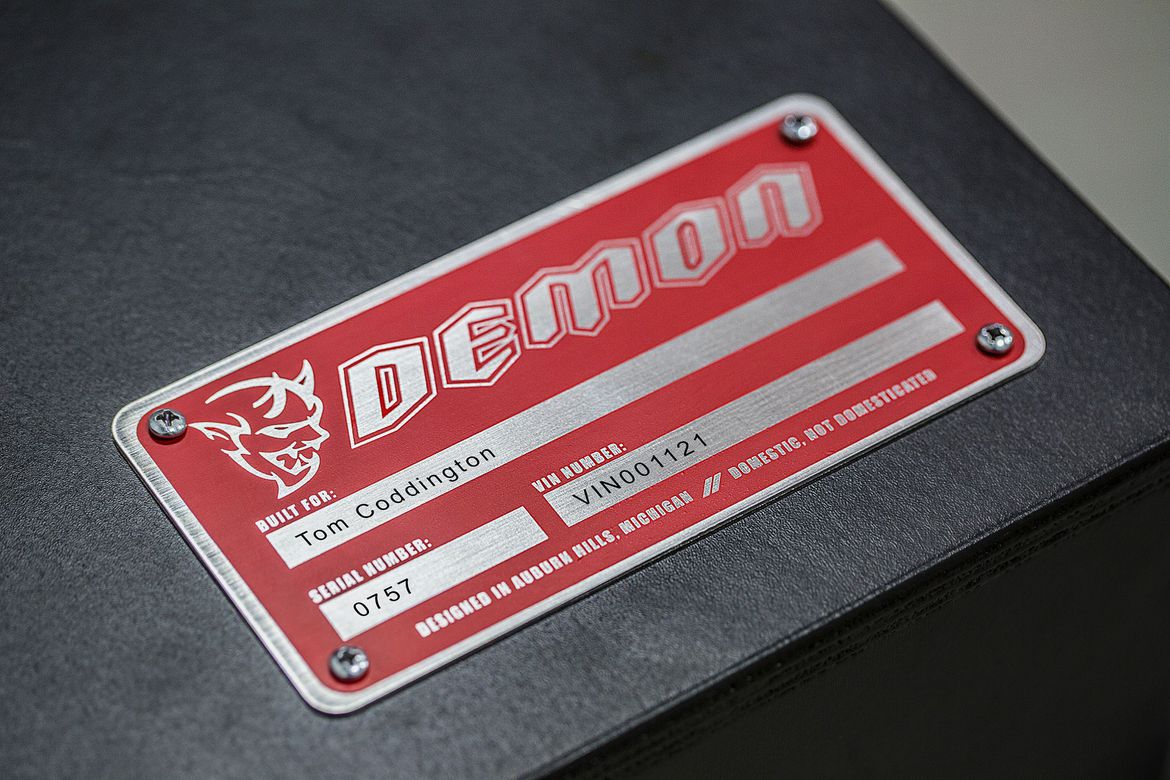 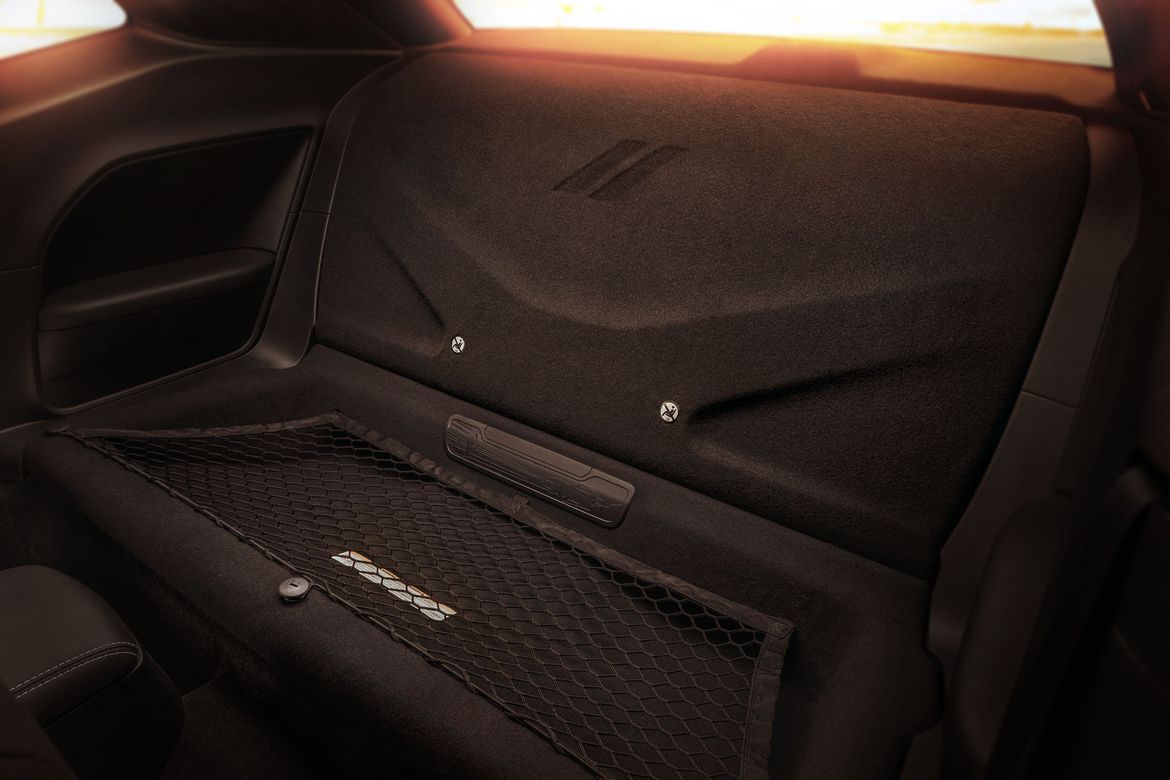 Don't get me wrong, I'm not actually saying the Demon is the end all of automotive coolness. If i had $100,000 to spend, it's probably not what I would buy, but the point is that you can. The lunatics at Dodge made it possible to walk into a dealership and purchase a 9 second drag car off the showroom floor. Something tells me the first Fast and the Furious may have gone differently if Brian O'Conner had just walked into a Dodge showroom and leased a new Demon, arriving at Dom's and mocking the idea of a 10-second POS. (Writers of Fast 9, call me.) 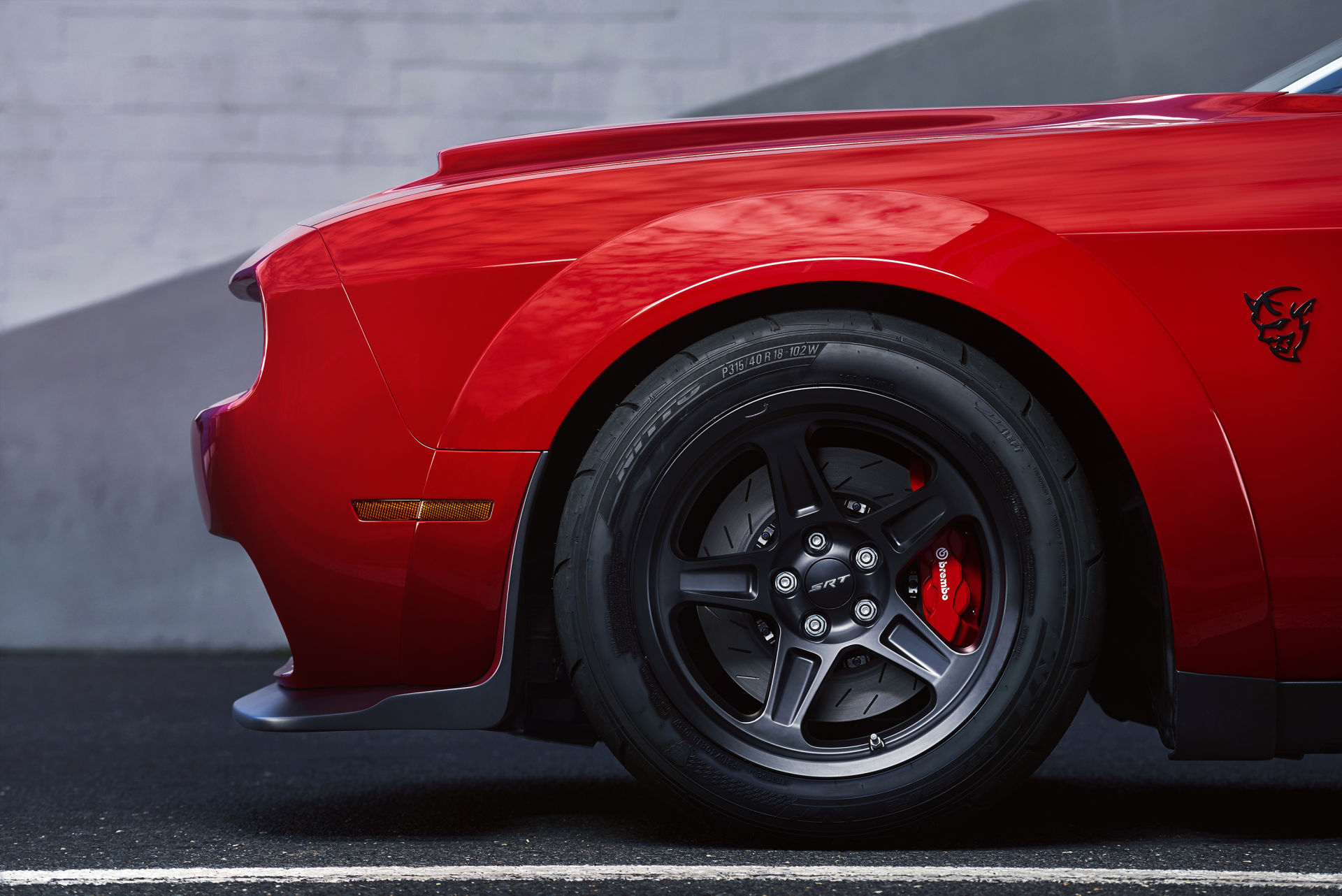 The other answer to the question "what's cooler than a Dodge Demon," apparently, is hating it. If you know me, you know there are few things I love more than getting into arguments on the internet. Forums, FaceBook, Instagram posts, you name it - I live to bicker and argue. But I've already reached my fill of quarreling over the Dodge Demon after just two or three days. The internet is fraught with folks who seem to have a bee in their bonnet over the new beast in town. 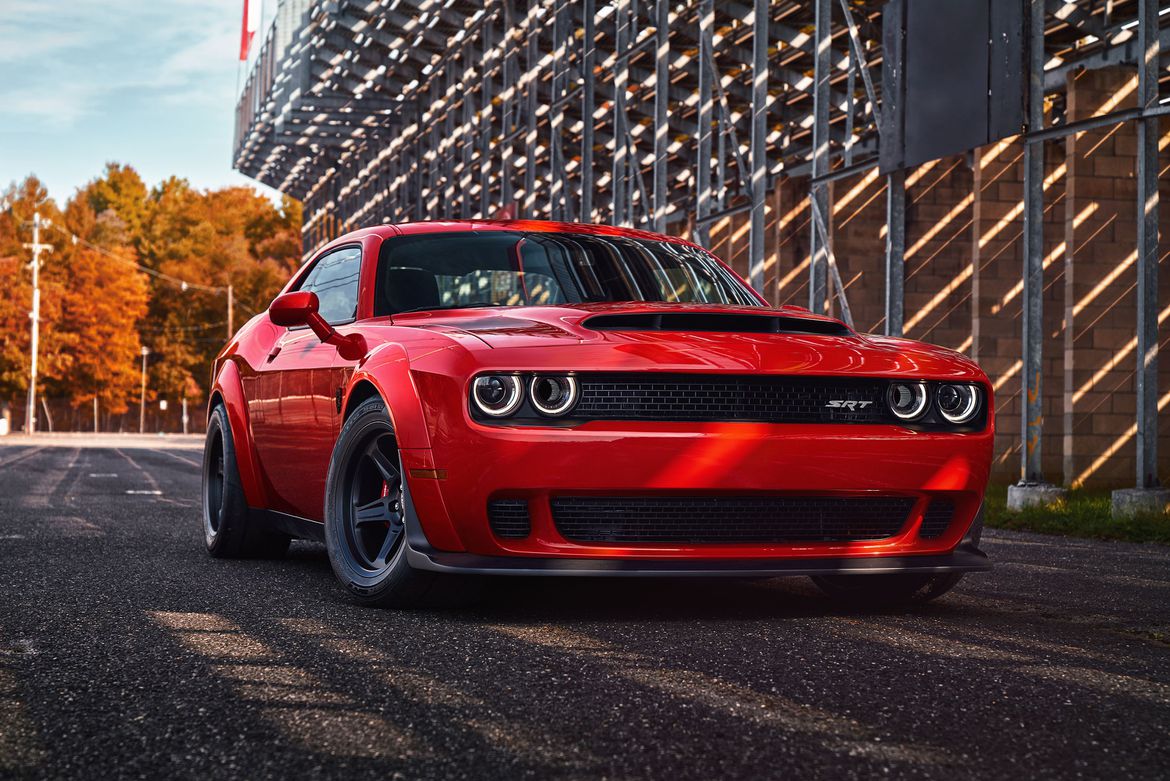 I've heard it all. Whiny dudes have managed to fuss about everything. "It's so heavy," they say, mocking it's 4200lb weight. Yeah, it's heavy, I'll give you that. But apparently that's not a problem seeing as it can run a drag strip in under 10 seconds. Do people forget this before they manage to open their mouth? I mean, if the Demon was meant for road racing, maybe I'd see the argument. Weight matters in the 1/4 mile too, but what are you pissed off about? That it's not even faster? You're upset that a car that can run a quarter mile faster than any other production car EVER BUILT is "too heavy?" Do you see the inherent flaw in your reasoning here? 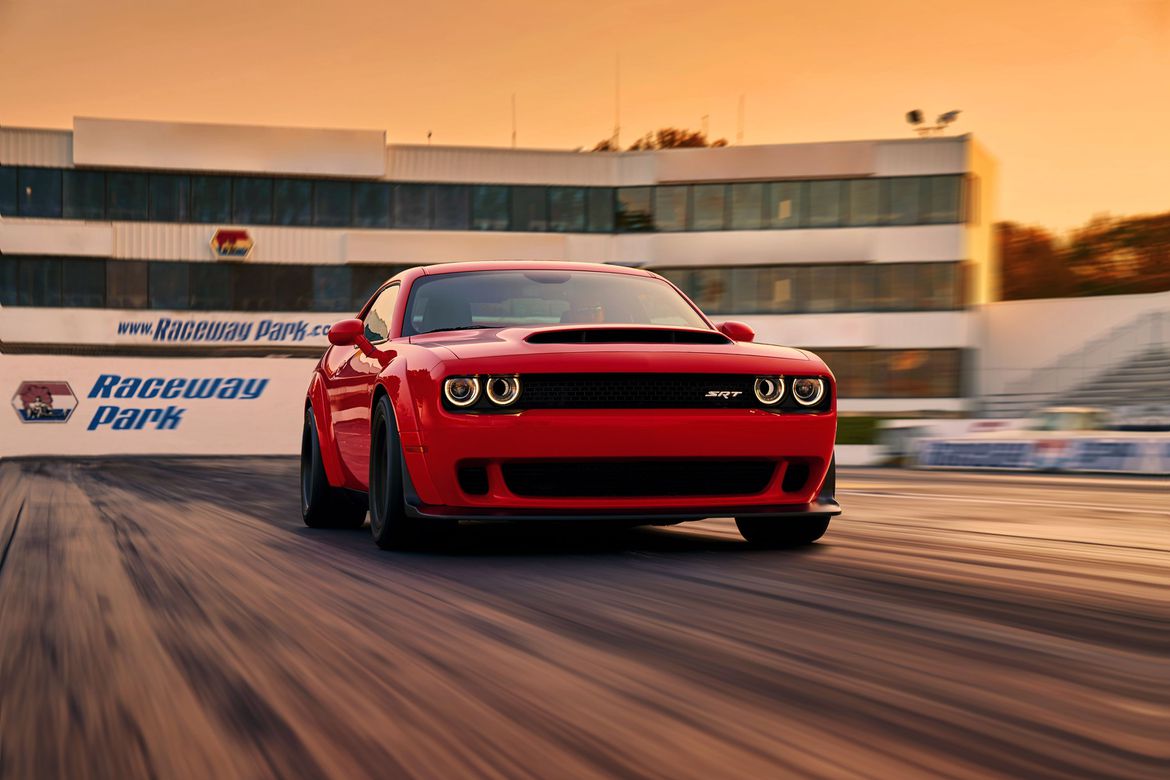 I've seen crybabies whimper and whine over the fact that the car comes with "the Crate," a box of parts that need to be installed on the car to allow it to achieve it's record breaking drag runs. I mean, it'd be cooler if the car came with the bits installed, but who cares if they don't. Somehow, folks view the car's achievements as invalidated by the need to install parts after purchase. Look - the car comes with the parts. A set of skinny tires for the front are included with the vehicle, it's not a big deal to swap them out. I'm sorry Dodge wants you to swap over to an ECU tuned for race fuel before you go HAM on the throttle. I know it's a lot of work if you don't know a Philips from a flat blade, but if that's too hard for you, the Dodge Demon isn't for you at all, you ninny. 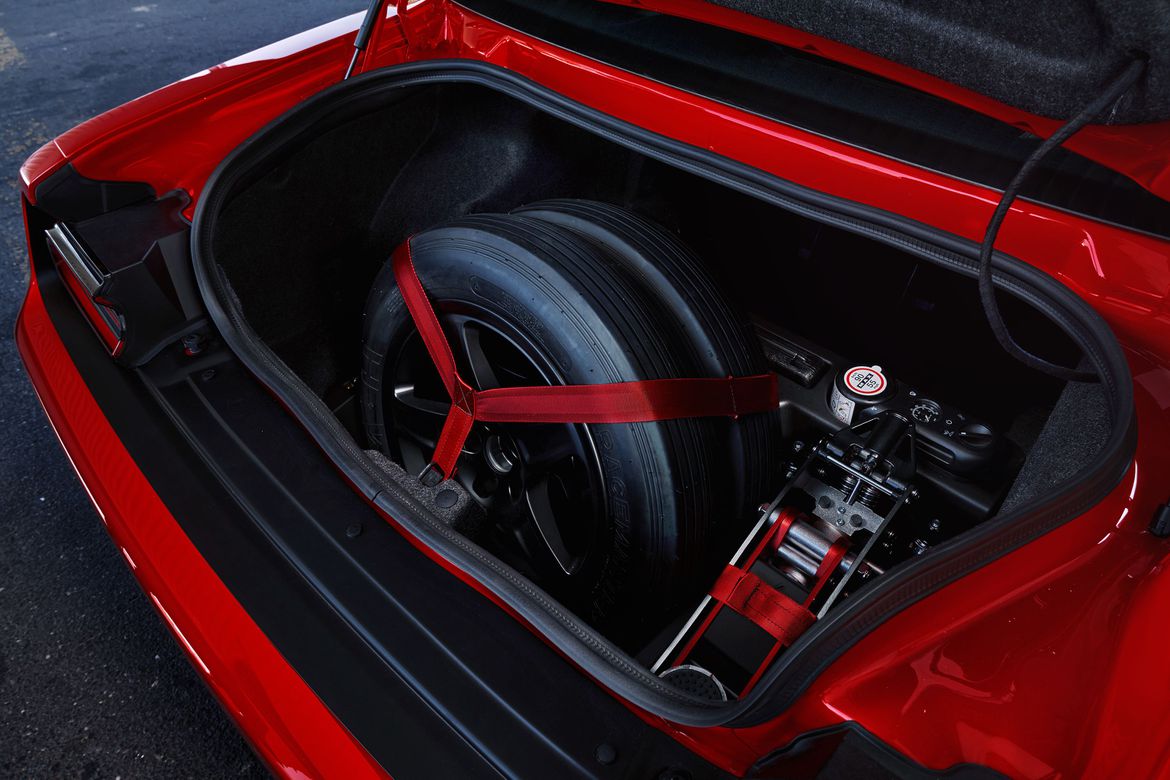 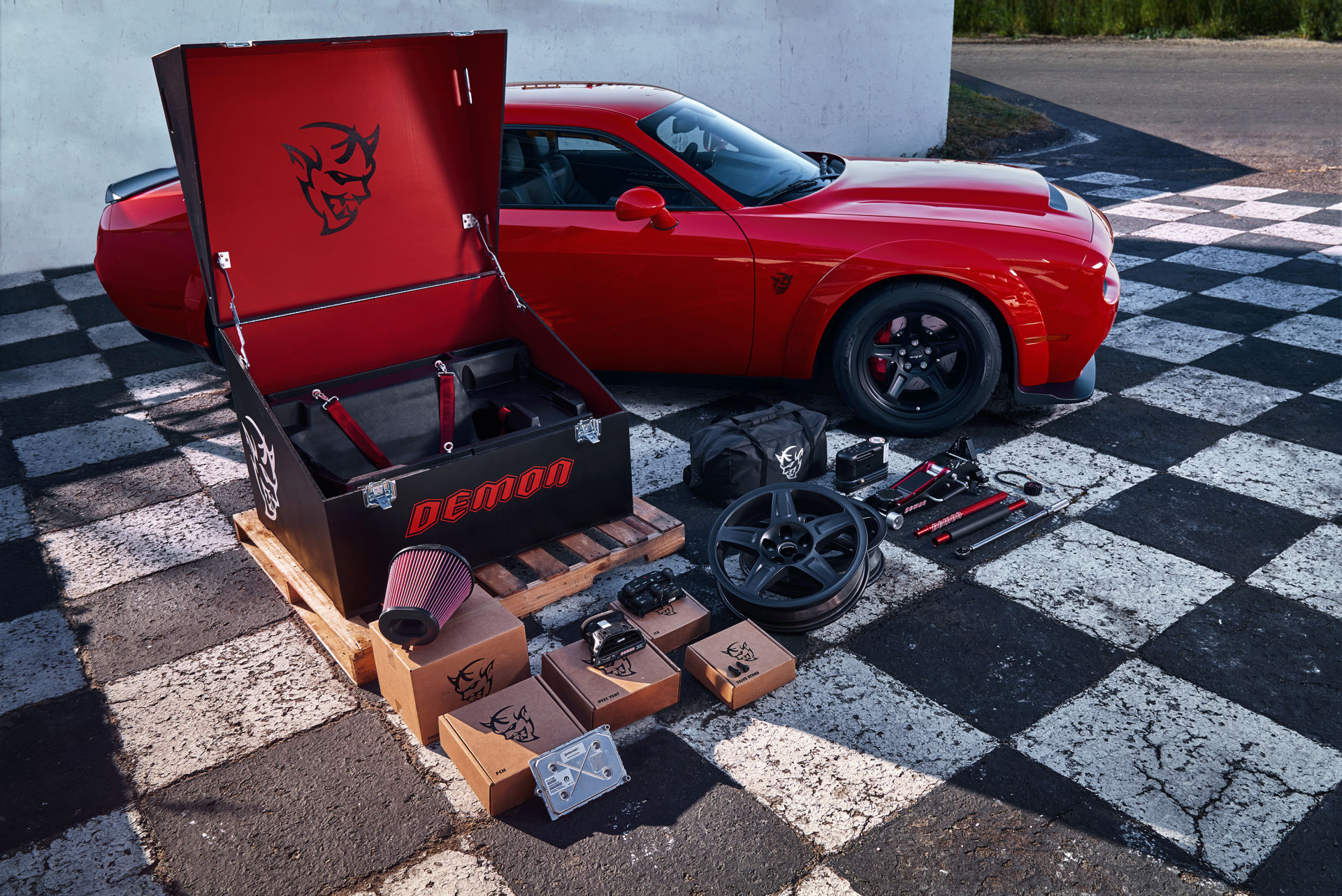 I've seen people criticize the fact that it has 315 NT05R drag radials on the front wheels. Which yeah, it's silly. No doubt. But if you're gonna cry about something, please just find something worth whining over. Writing the car off because of the front tire setup is just... dull-witted. Next I'm gonna have to listen to someone complain that the car's available color choices make it completely stupid and a waste of production efforts on behalf of Dodge. 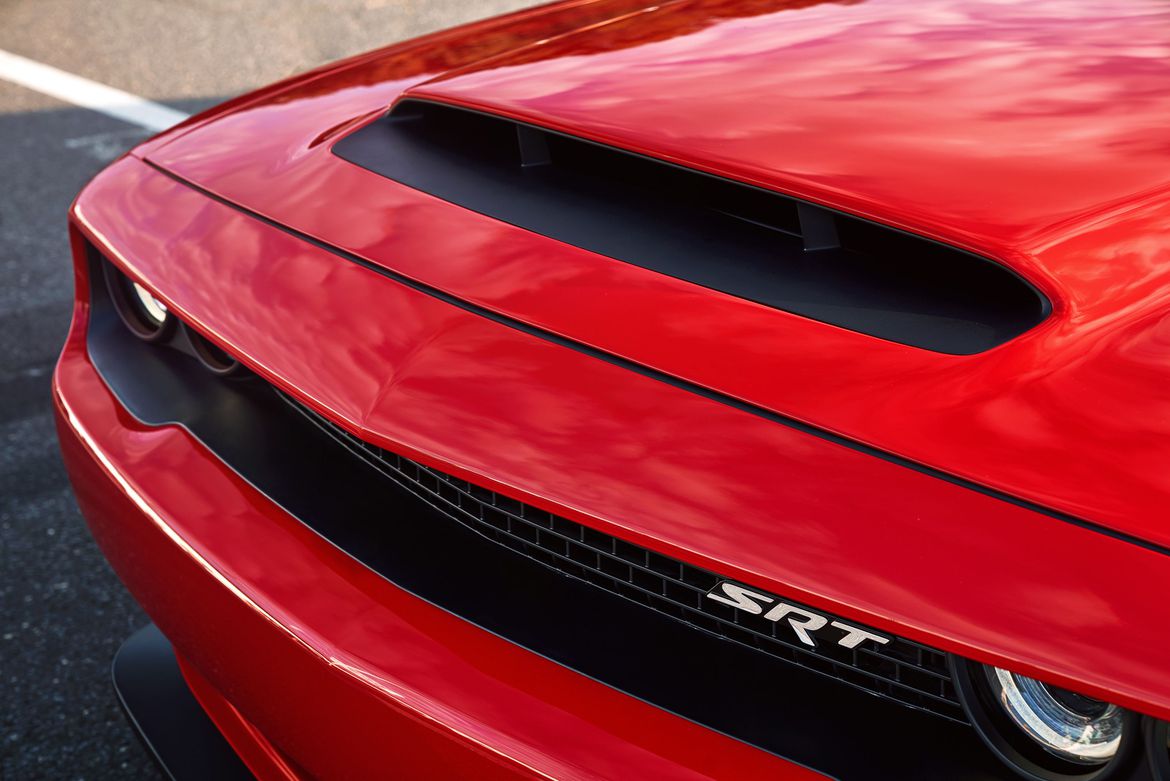 There's of course the camp who simply says "who cares, my GT350 would smoke it around a circuit" and it's clear they've missed the point of the Demon entirely. They're not wrong, but they're not smart either. Or there are the guys who say "I could make my Camaro run the quarter faster for less money!" and it seems they too lack some reasoning skills. 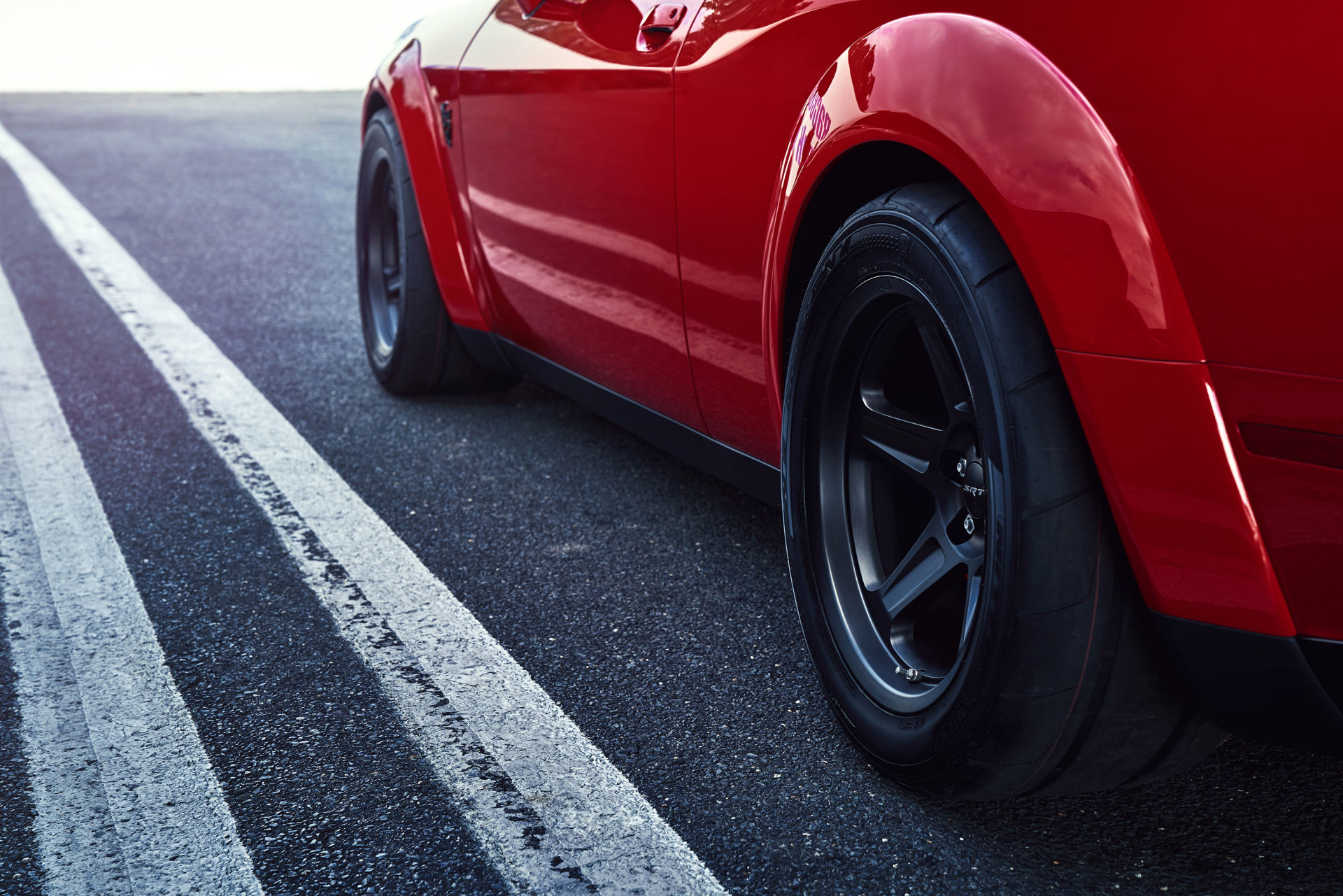 I could go on all day, countering one stupid argument after another, but that's a waste of my time and your time, because if you're in the "I'm an inconsolably sour tot about the new Demon" camp, nothing is gonna make it through your head. Go hop back in your Malibu Maxx and tell us why it was the best buy of 2005. 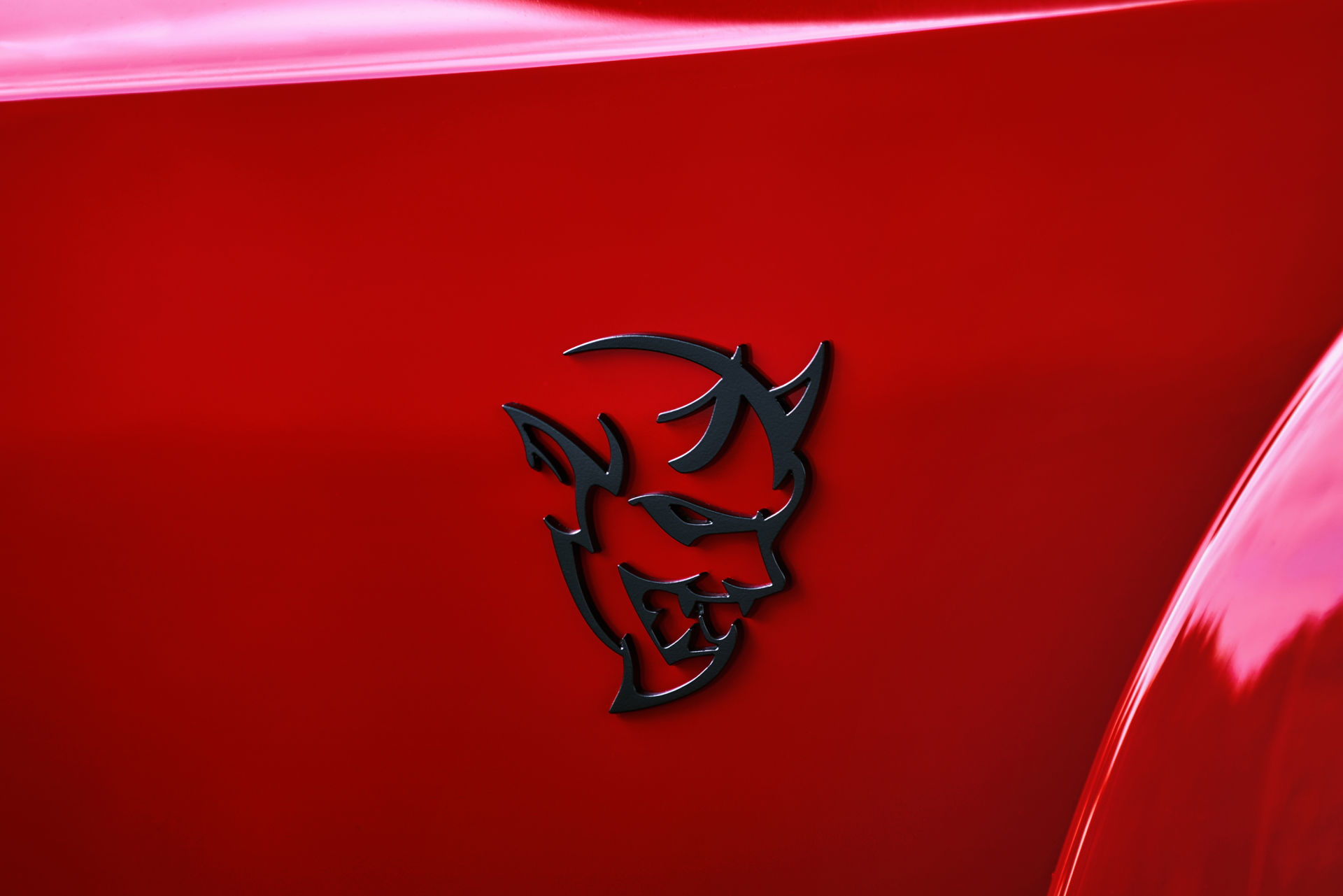 Personally, I'm just thrilled that the Dodge Demon exists. Is it the best thing ever created? No, not in actuality. But is it worth commending? As an auto enthusiast, I pray you see why that should be met with a resounding yes. Dodge has taken not only a brave step, but an unhinged one, reigniting the horsepower wars in one absolutely ridiculous way. I can't fathom how anyone with fuel and oil coursing through their veins doesn't find this car absolutely enamoring. Do I even have to say it again? WHEELIES. Who cares how fast it is at that point (reminder: it's faster than everything), it does w-h-e-e-l-i-e-s. Kudos, Dodge, you've got my respect. Now let's hope Chevy and Ford reply with something equally demented.