This post may be a little bit different than normal. The images are random shots that I took during Southern Worthersee this past weekend in Helen, Georgia; but while the words may not match up, I hope you'll get something more from them.

This is story time, with your host, CLB.

SoWo started for me back in January. Mike and I bought our plane tickets while we were sitting in the living room of his parents' house in Tennessee during the week of New Years. Not an hour earlier we were eating burgers with the group of people I now consider my best friends, and I was already jazzed on the thought of being able to see them again, even if it was another five months away. New Years was the first time I had met the majority of the crew; I hopped on a flight out of Las Vegas at midnight with the anxiety of finally meeting those that I'd talked with constantly on the internet for the past couple months. My arrival was a surprise to everyone, however, what was even less expected was how much I would fall in love with this group of people in just the few days I was there.

I know I'm not alone in saying most of my good friends come from cars. They're the ones who offer to help you out when you're just starting, and who will still be there at 3:00am when you're bustin' it to finish your air-ride install before a big show the next day. (It's almost like I have experience in this situation...) It's a safe bet you and your friends also sit online and 'talk cars' over facebook chat, send grainy cell photos to each other showing recently completed projects, and even maybe call and check up on one another if you're not close enough to hang out regularly. We've all got this car thing in us, it's created bonds that sustain good friendships.

However, that's where my friends and I are different from what I've just explained. This is love. We don't need cars. We'd be just as content hanging out and never wrenching. For me, it was an instant connection with these guys (and girls). Never have I felt so at home with kids I just met, and each time we're all together, it only gets stronger. SoWo was one of those weekends. Sure, I was excited about the car show, it would be my first attendance to a major show east of Las Vegas, but the real reason I was stoked on flying to Georgia was that I'd get to see my "family." 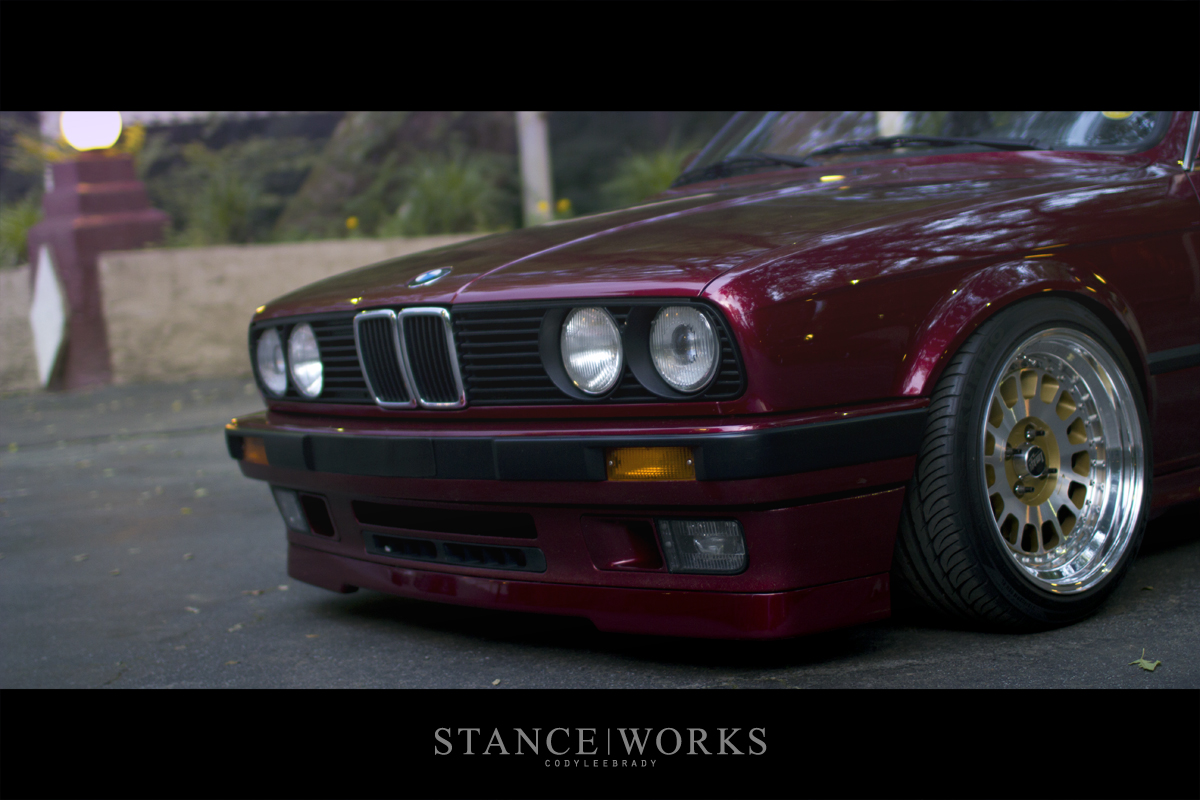 Getting off the plane in Atlanta, Mike and I were immediately met with the humidity we no longer have to deal with in California, creating that cool, damp night air. We found our way through the airport to the MARTA, the public transport monorail system, where I was able to finally see the neighborhoods I'd heard referenced in rap songs so many times. Our good buddy Josh was our driver for the night, picking us up in a new Jaguar. We were off to Ryan's house where the guys had already started disassembling Jeremy's e28 suspension.
Upon arrival, we all hugged it out, dropped our bags off at the door, and started planning out the work that was left to be done before our SoWo deadline. It was just 48 hours before the show and Jeremy wanted to bag his car. This work would have to wait though, Waffle House was in order. The next few days were filled with airlines being ran, a lot of grinding, and the cackle of welds. Sleep though, no where to be found... We cranked it out, everyone's hands working on something even if it meant manning the laptop in order to keep the garage jams pumping. 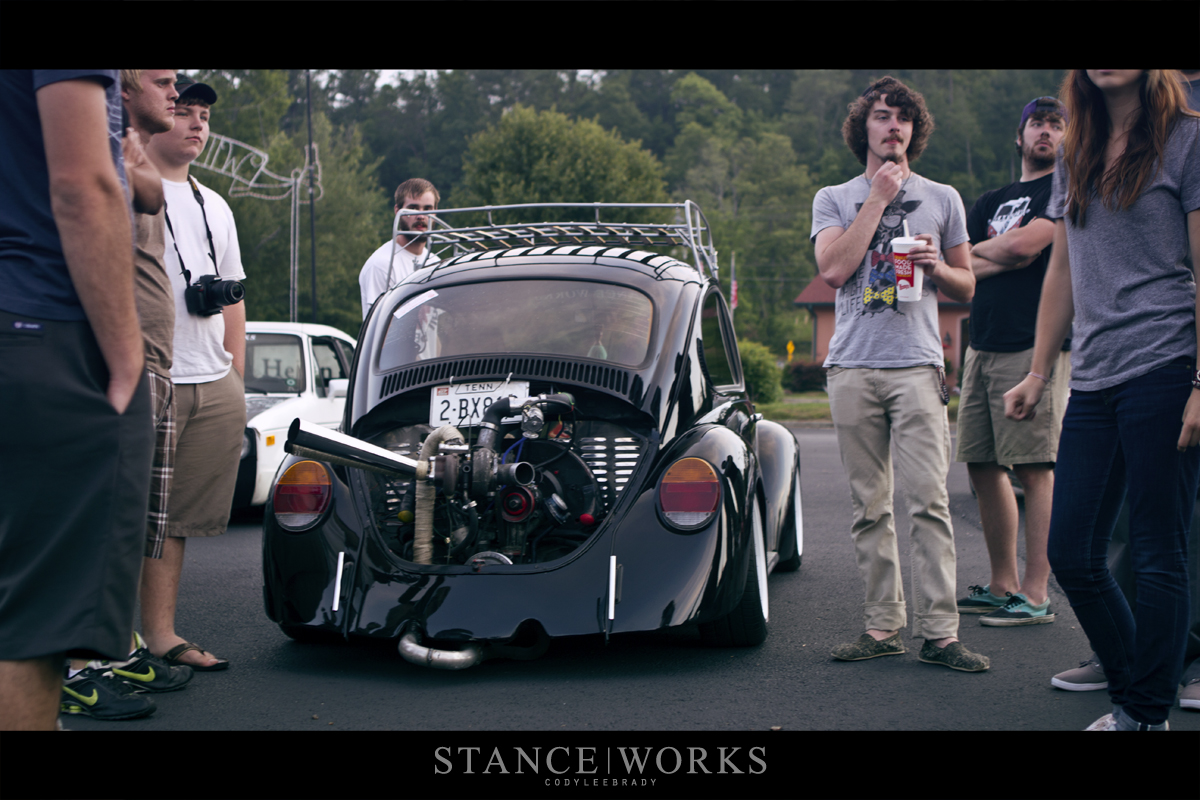 With lack of showers and lack of sleep, Friday came with the anticipation of seeing the Tennessee crew. The air-ride install was almost complete, and facebook was already getting flooded with status updates and mobile uploads from Helen. We were getting close. Around lunchtime, Ryan's quiet neighborhood was disrupted by the sound of 'louder-than-usual' exhausts, the guys had come in force. Seven or eight cars, all looking much different than we had previously remembered or even some we hadn't ever seen before. Cory's freshly painted e28, equipped with wheels of immeasurable rarity, Rodney's Zender 190e, Brennan's Super Beetle he had turbo'd the night before... We just stood out in the yard and took it all in. After some handshakes of those we hadn't yet met, and hugs for those we knew, we got back to work on Jeremy's car. 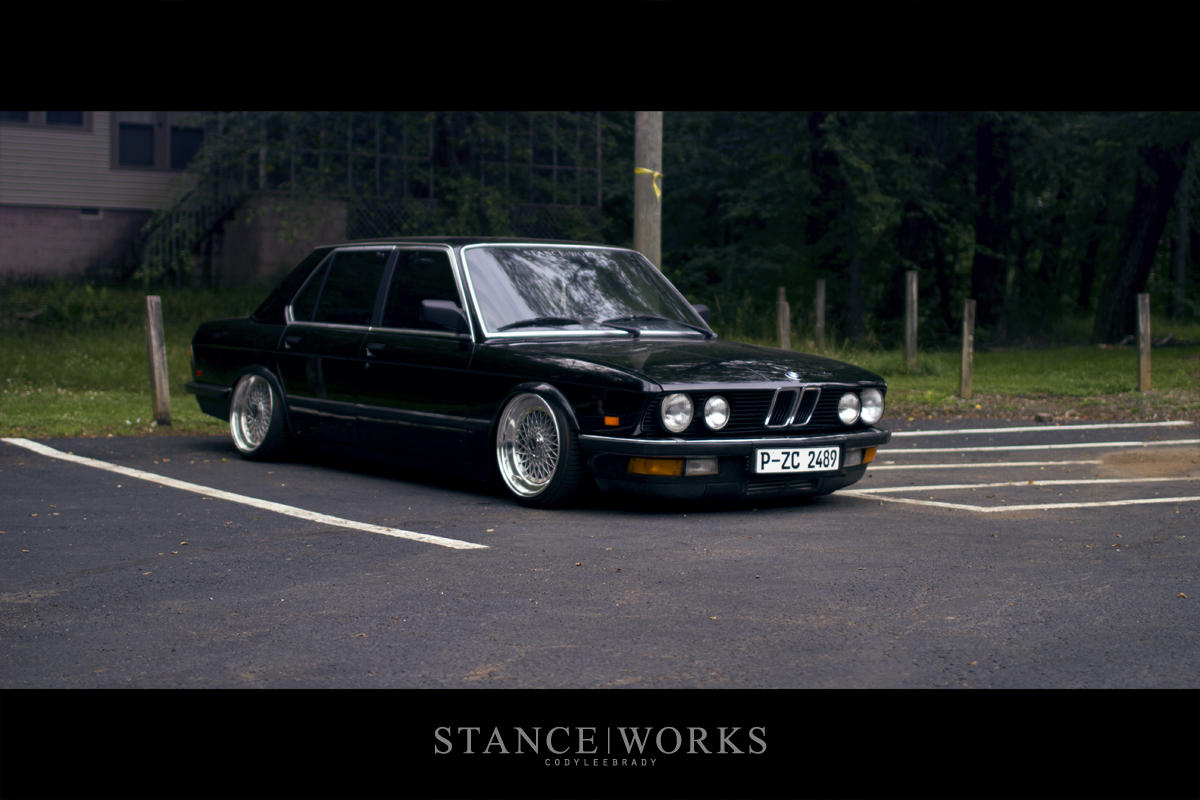 The air install went without a hitch; it fired up, raised up, and sat down over the lips, front and rear. Grinning from success, it was test-drive time and also the opportunity for some much needed showers.
With us and the cars cleaned up, we were off, once again stopped by the need for fuel. The Steak 'n Shake type of fuel, and one of the first of many "Family Dinners." 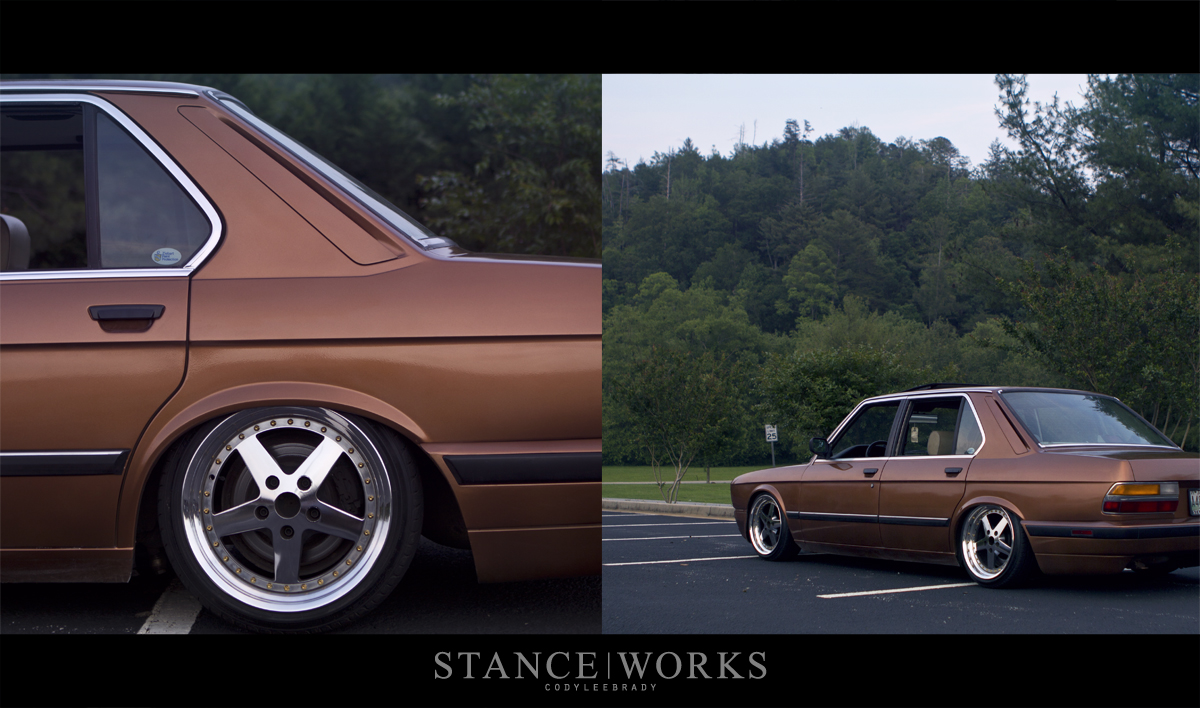 The cruise into Helen was gorgeous, my first time in that area. With the winding roads and the tunes blasting in Hank the Tank, we led our parade into town, making sure we had our grand entrance planned out. For those of you that haven't been to a show like SoWo, it's hard to even imagine; for the most part, every car you see is modified. You also get to see a guy in a mini go-kart pulled over by a cop on the main stretch of road, interesting to say the least... We checked into our hotels and chalets and then headed back to the Helendorf to catch up with old friends and meet new ones. It was the first chance I'd had to meet a lot of the east coast guys, and I was surprised by the ones that recognized me. A couple of hours later, we made the trek back to the car to drive back to the town of Cleveland where we could get some much needed soda and frozen pizzas. Next year, we're gonna keep a better eye on those pizzas though, the roof of my mouth is still healing... 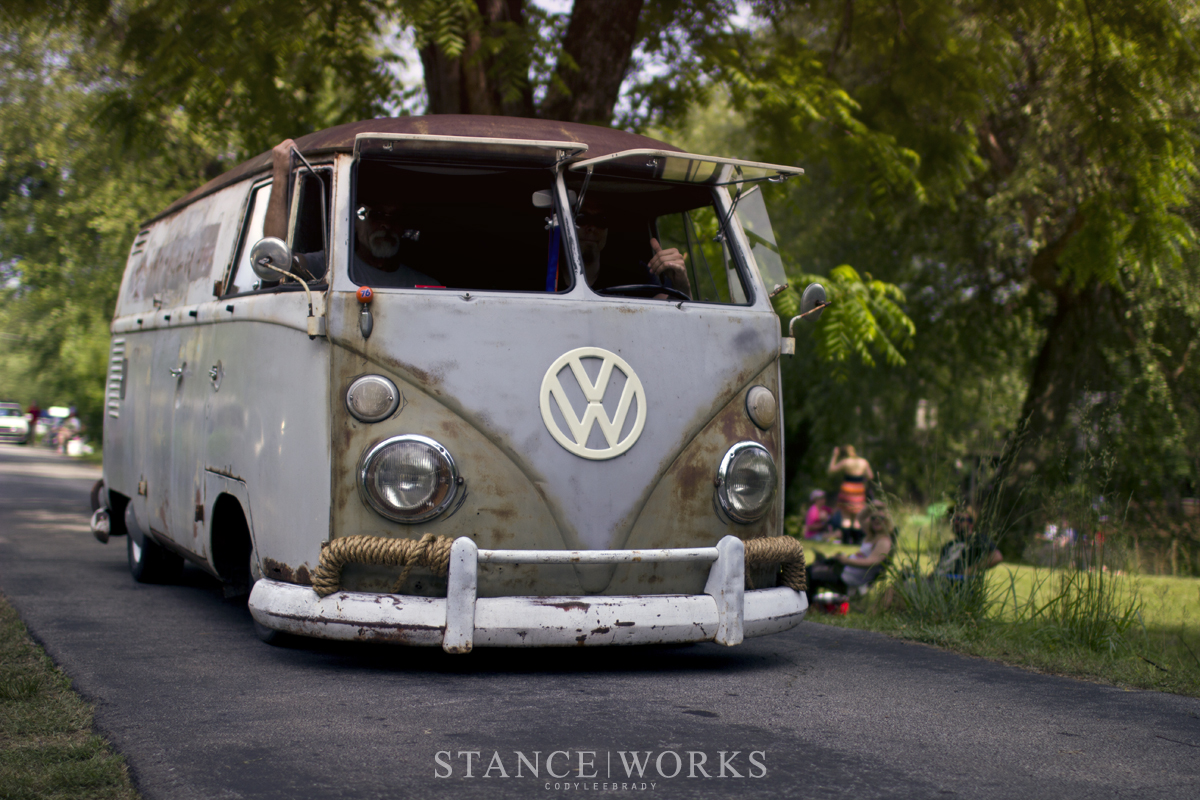 Saturday morning brought an early wake up, and we headed down to the show, checked everything out, talked with some of our sponsors and tried to stay in the shade. The VAG scene, as a whole, definitely does things in a different way. The majority of builds left very little untouched on the car. My first time attending the SoWo show itself didn't disappoint. Not a mile away from a field filled with cars, is the main strip of Helen, and it was there that we met a man that claimed to be the Mayor of Helen's RV Park and told us he found it ridiculous that we flew over 2,000 miles just for some sandwiches. We obviously told him that next time he's in Southern California, he needs to come find us. 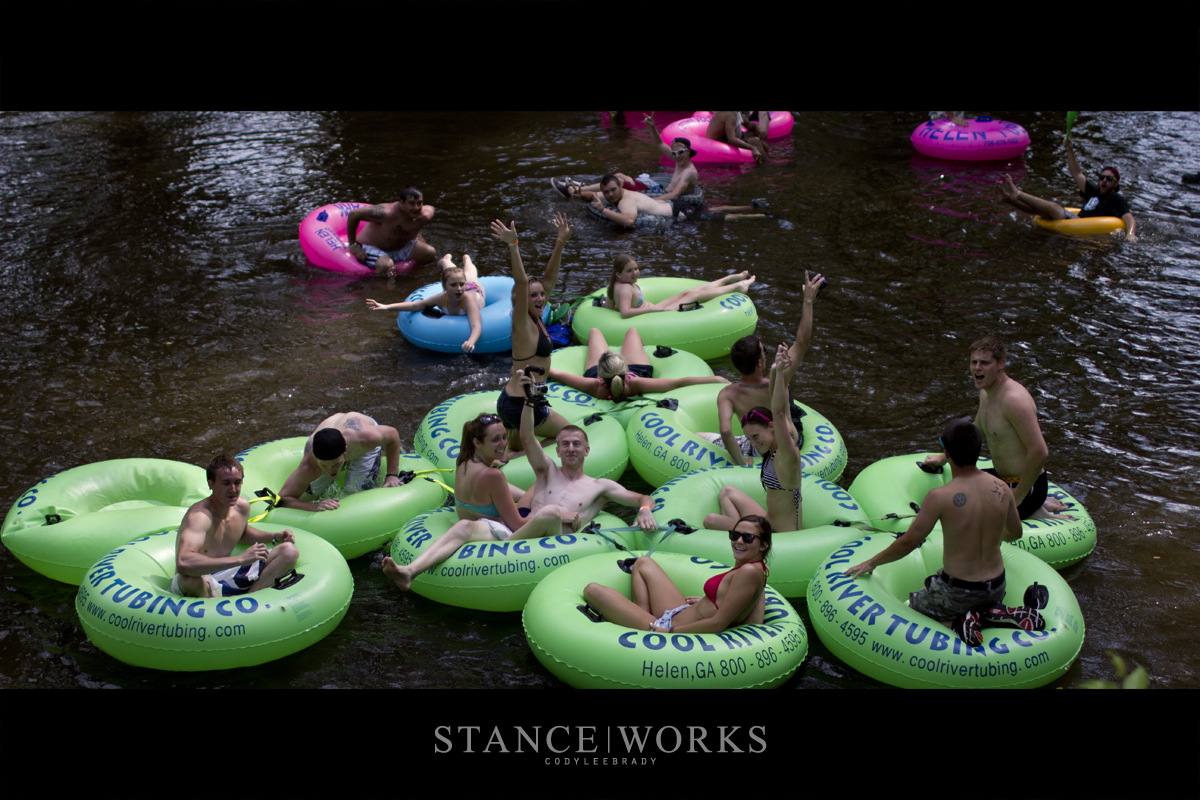 Tubing at Sowo is basically a ritual, you cannot come to Helen and not tube down the Chattahoochee... After walking the show and  Saturday being humid as all-get-out, relaxing on the cool water couldn't have come at a better time. Waiting for the whole group to arrive, we sat in our tubes on the concrete, laughing about tan-lines, figuring out how to flirt with the girl at the front desk, and building makeshift forts. We're still all kids having fun, all the time. It becomes apparent how awesome our group of friends are when the bus finally arrives and you see our "small" group turns into enough to fully load a big school bus with even overflow with friends standing in the aisle. Everyone was laughing, singing, yelling out the windows at the people walking through the town, it was like a school field trip on a bus filled with all of your best friends. 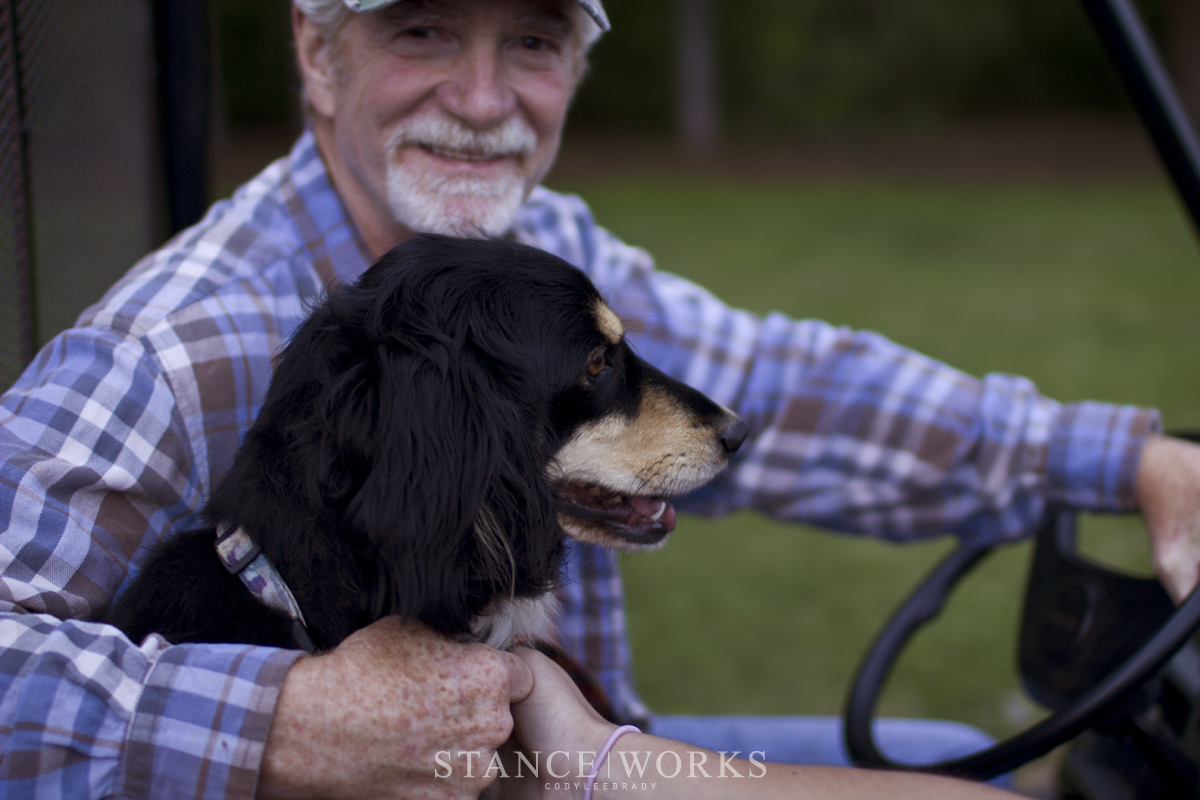 The water proved to be a little bit cooler than expected, especially after the sun went behind the clouds. A few of us decided we should paddle our way down the river, often doing 'reverse entries' and hitting the clipping points, aka rocks, matched with making our own drifting sounds. It helped warm us up a bit and also gave us bragging rights for the fastest down the Chattahoochee. So much for our relaxed river ride... As we stood back by the cars, shivering, an older gentleman in a UTV pulled up with his two dogs. After some smalltalk, we found out that his wife was actually the Mayor of Helen, and that they'd lived there their whole lives. He told us that despite not understanding why we do this car thing, he loves having us there each year and is amazed at the growth each year. When Ryan, Kasey and I all explained how we were from different parts of the country, he just smiled and said, "It's incredible to see you kids have a bond like this with these cars. This is really somethin' special. You're all welcome back here any time of the year." 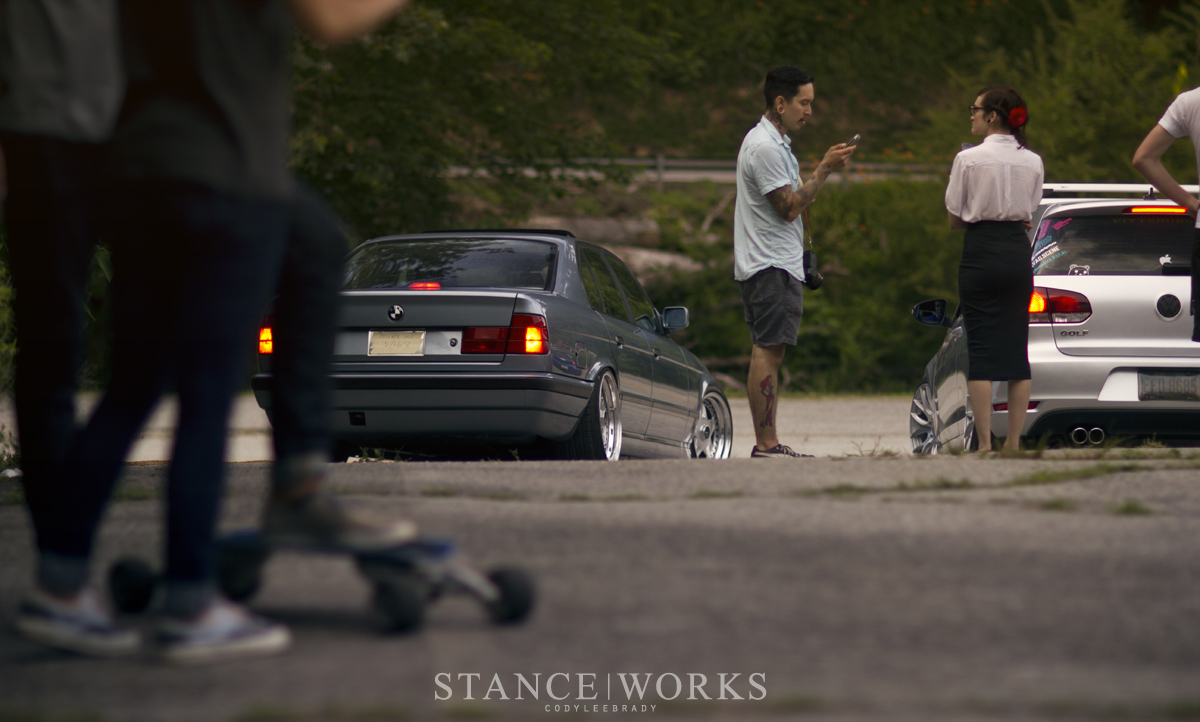 Waffle House was the plan for dinner again, and I don't think they were ready for us... We took up the majority of the seats, and after giving our waitress multiple special order requests, she asked "What kind of drugs are you guys on anyway??" I guess we were having a little too much fun compared to the usual patrons. After our plates were cleared and the check stubs paid for, Mike decided to make it a "race" back to the cabins, Le Mans style. We all knew what he meant and bolted to the cars, my ride unfortunately being a Kia... Our safe gentleman's race was one of the best 20 minutes of the weekend, everyone amped up and hoping to win. Even some strategy came into play, with faking turn signals and timing the lights so the cars following would have to wait for on-coming traffic. Pulling back into Helen, our car was in the lead by a good distance, but knowing the group, we would have to think smarter than that. As Jeremy was putting the car in park, I threw the door open and sprinted across the field to the chalet, sealing our sweet victory. In retrospect, it probably wasn't worth first place. Running full-out after Waffle House is never a good decision.

Days and nights spent in the garage with your buddies are great, don't get me wrong. What I love to no end though are the nights spent just talking. About anything. Usually not even about cars. Four of us in our hotel room, just hanging out. That's where we grow closer, finding out personal things instead of what tire size someone should use. Saturday night was the best of the lot. Sometimes things just hit you, and realizing being in love with your best friends was one of those for me. Not in a weird, lovey-dovey way, but in a "These guys, they're family." type of way. We're all in it together, and for the same reasons. We talk to each other about everything. We ride broken scooters together. We cram into small tattoo shops to see each other get permanent reminders of who we are. We help out in any way we can. 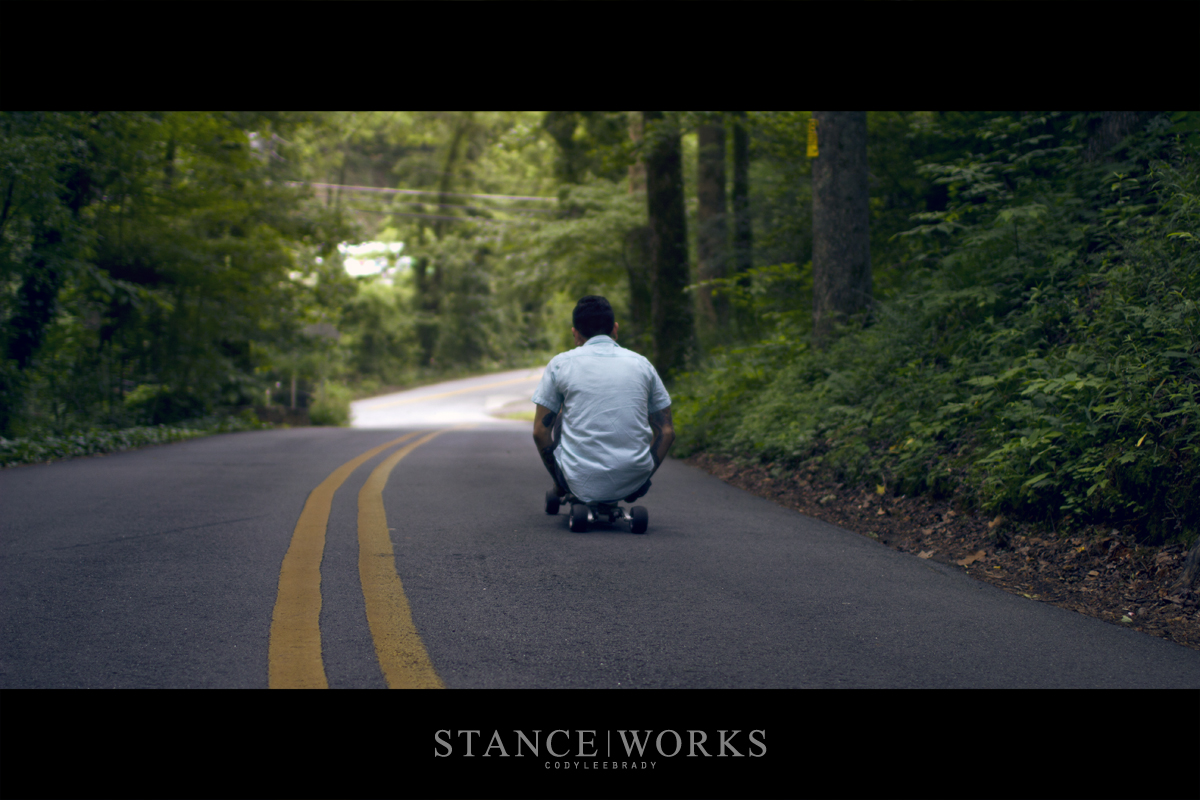 It's a love thing, and I really hope that you will be able to share this with a group of people like I've been able to, if you haven't already. And for those of you that know what I've so confusingly tried to explain, I'm sure you get it.
Give your friends a hug and tell 'em you love them. Trust me