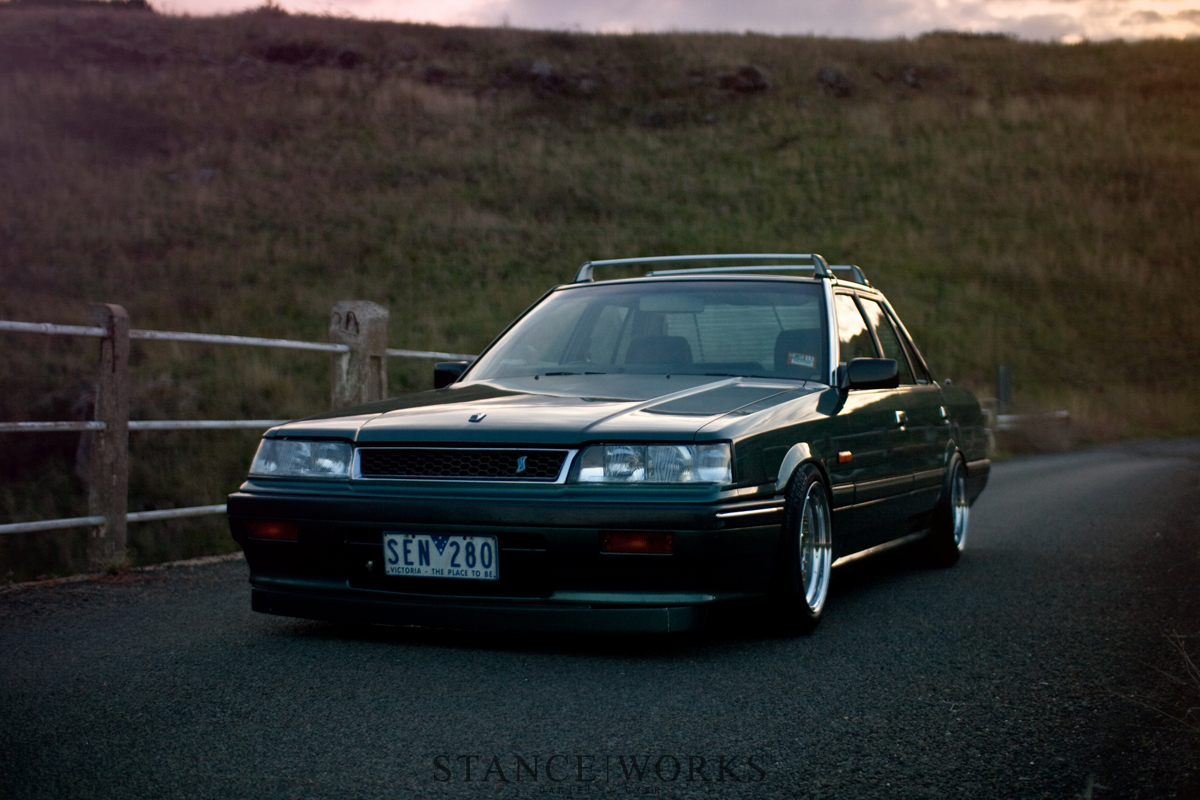 Many would agree that the 1980s is a decade with its own special place in history as the decade when everything went against the grain. The iconic boxy cars of the era are a quintessential part of automotive history and perfectly match the aesthetics of the time. The 80s were a time when technicolored drapes and cookware matched the absurd hairstyles and electro-disco music that filled the airwaves. It was an era that some wish to forget, yet many wish never ended. 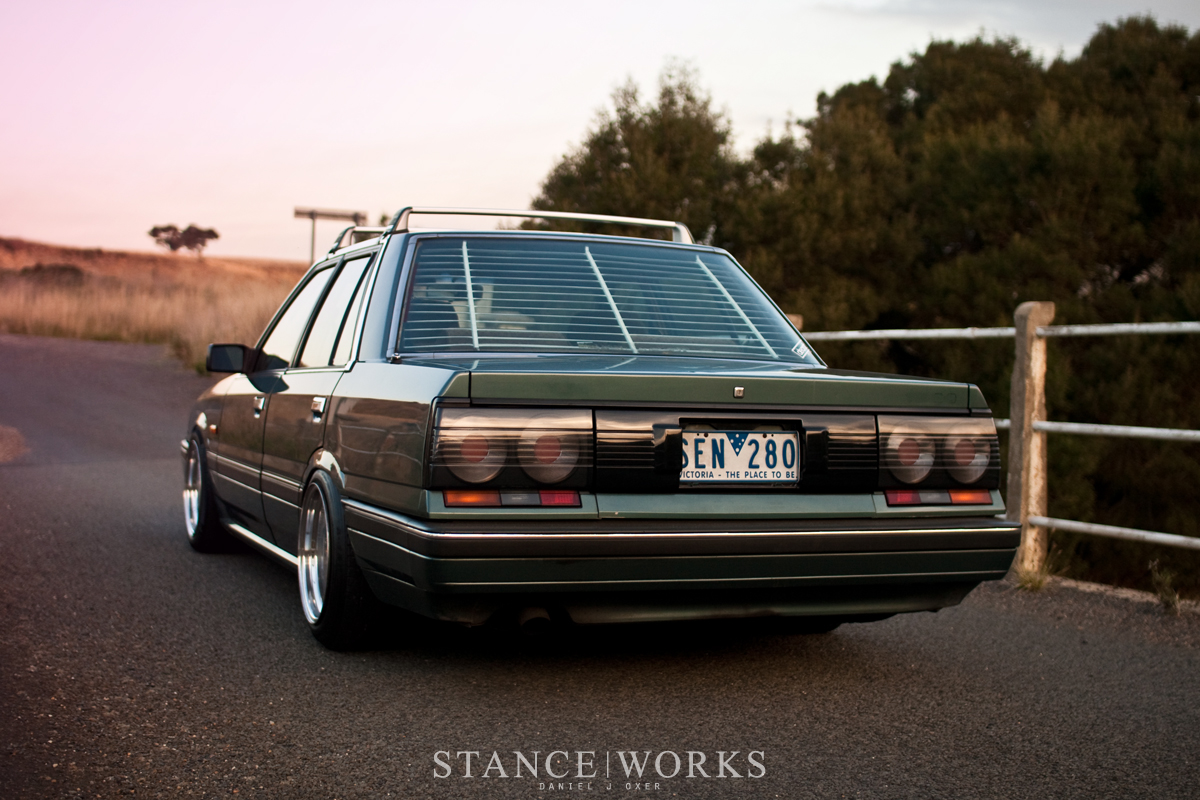 Mark has had his fair share of R31 skylines over the years, a pleasure that majority of Americans will never have the chance to know. This particular one has gone through a few variations: Originally running on 5 cylinders, the RB25 NEO wasn’t very happy when Mark picked it up. After some dyno time and some work, it was happy and was daily driven for four years running various sets of 18x9 and 18x10 combos. Mostly Work wheels, with DH, FS and VX series to name a few. No matter how Mark tried, it never sat as low as he wanted it to, so he took appropriate measures. 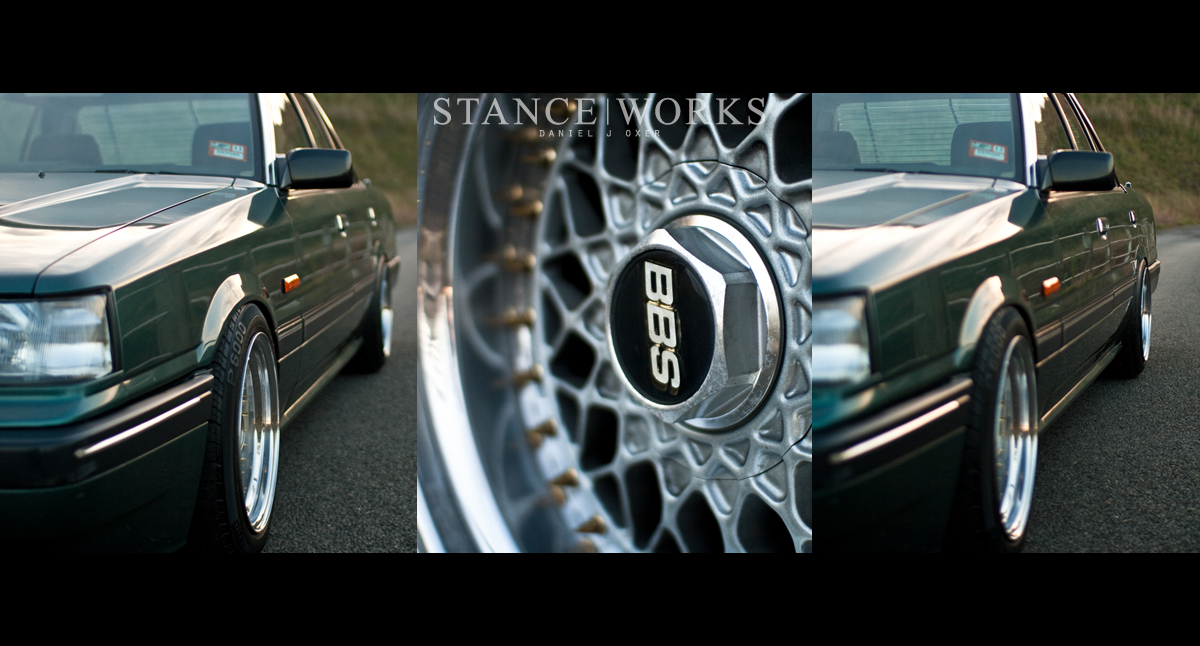 After spending some time on Yahoo Japan auctions, he managed to find the wheels that would help him succeed in his quest to get the car down to the height he would be happy with. But, as is commonly the issue, Mark's newly acquired RSs weren’t exactly the specs that he was after, so after measuring everything up he ordered new lips and bolts from tunershop in Germany. 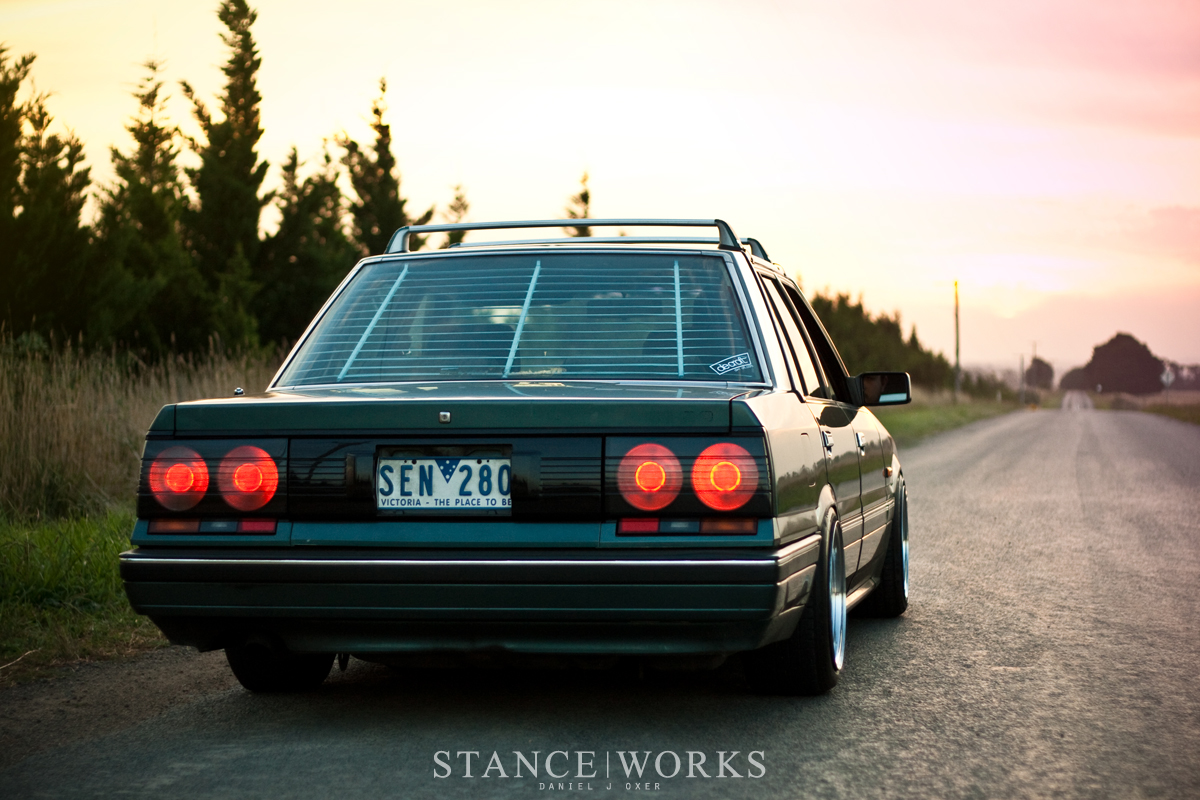 Mark wasted no time, assembling the wheels the same day his new parts arrived on his doorstep; nothing would stand in his way. Mark put aside his social life, sleep, and even his job to put the wheels together, but there are few better reasons to call in a sick-day. It’s one of those things "normal people" wouldn’t understand, but we do. The final specs came to 15x9 +0 with a 10mm spacer to clear the R33 brake upgrade, making them 15x9 et-10 up front and the rears 15x9.5 et-6.

Everything was coming together the way Mark had envisioned it. All that was left was a lower stance, so some new Emotion coil overs were thrown into the combination. Everything is period specific to the car, from the original velour seats, to the OEM tape deck. Serious effort and time were put into the interior to make it look as though it was factory perfect. It’s all the little nick-knacks to make it look as it did on the showroom floor that makes people take a step back in time. 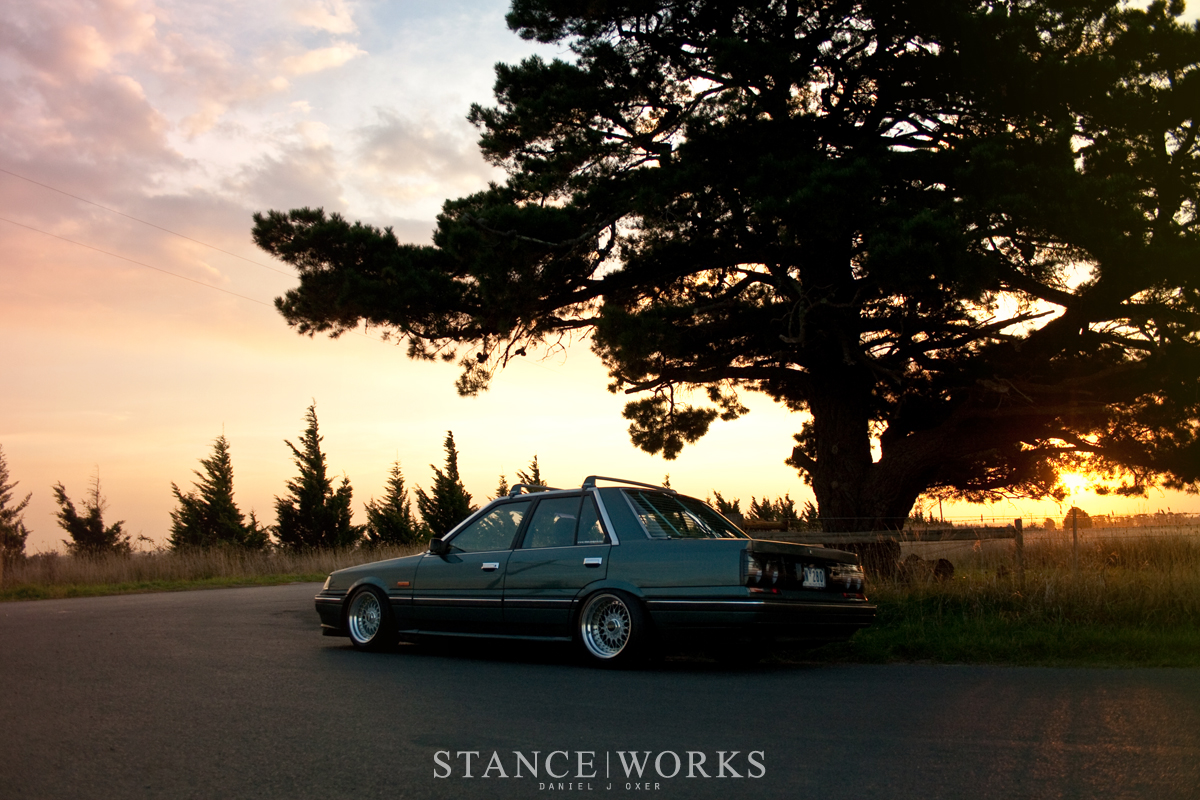 Under the bonnet, Mark cleaned up the bay and added a high mount turbo manifold, and has since re-worked and re-tuned it to make just shy of 300hp at the rear treads on 11lbs. "Best of both worlds" I'd have to say. Why bother doing engine work on cars which are “un-driveable” to the rest of the community? Because we can. Simple, really. 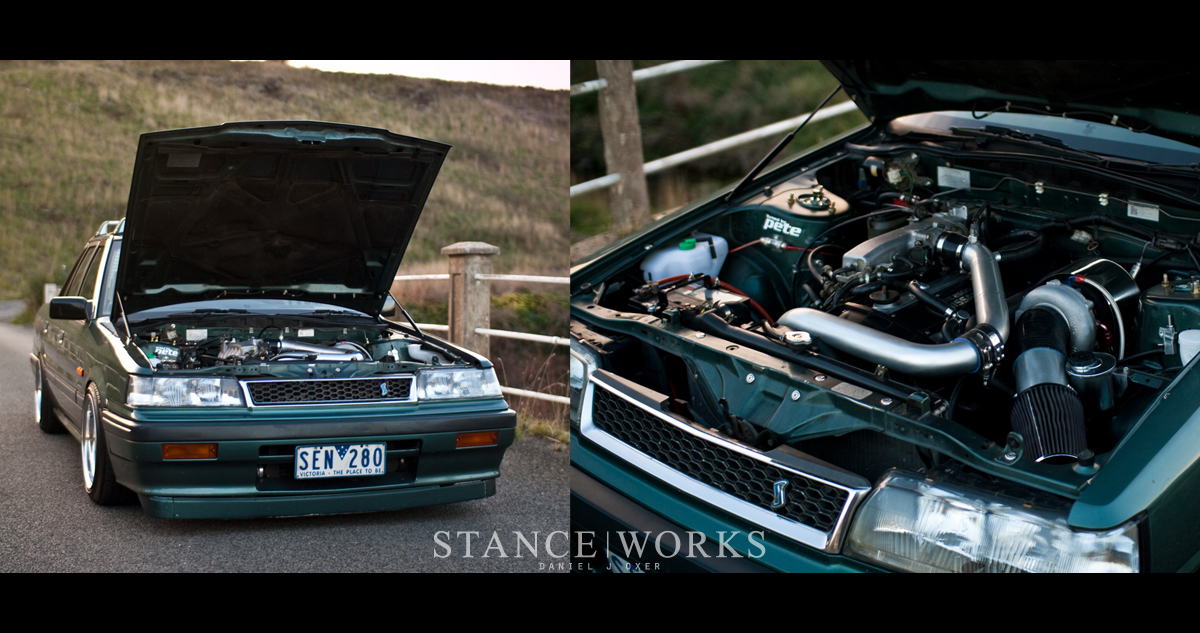 There are a few more things on the list that will be done in time, but aesthetically it really doesn’t get much better than this. As Mark continues to keep his R31 on the streets, he's doing his duty to keep the 80s alive forever. As one of the greatest and most memorable generations in automotive history, we'd certainly say he's doing a perfect job. 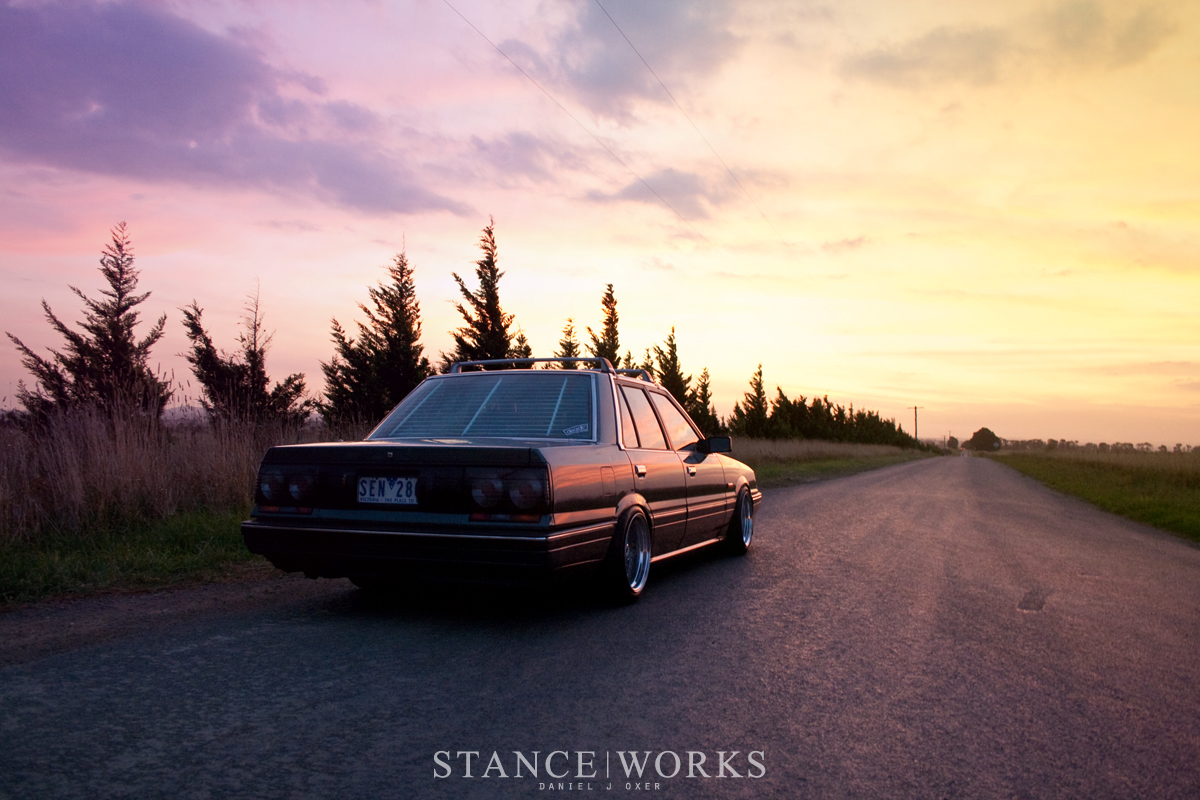