The Kings of Miami

The Kings of Miami 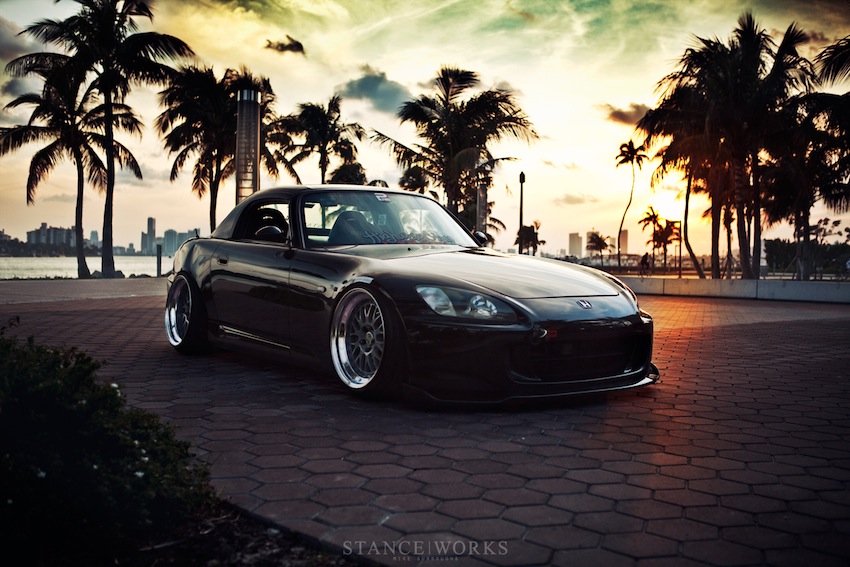 Well guess what, they’re the Kings of Miami, and they’re doin’ it right.

Alright, so they’re not from Miami. They don’t live there either. They’re actually from Orlando, but that’s not really the point.

I’ve done a lot of traveling in the past two years, almost all of which has been in the name of StanceWorks. I’ve met a lot of people while on the road… I’m proud to say that there are quite a few of those people who I can say are not only friends, but close friends.  Amongst those people are two brothers, Manny and Ramon Collazo.

So let’s rewind a bit: A few of you might wonder what these cars are doing up here… and the answer is that these two cars are done right. Their owners built them to be exactly what they wanted, and if you haven’t gotten the picture, that’s what we’re all about here at StanceWorks. 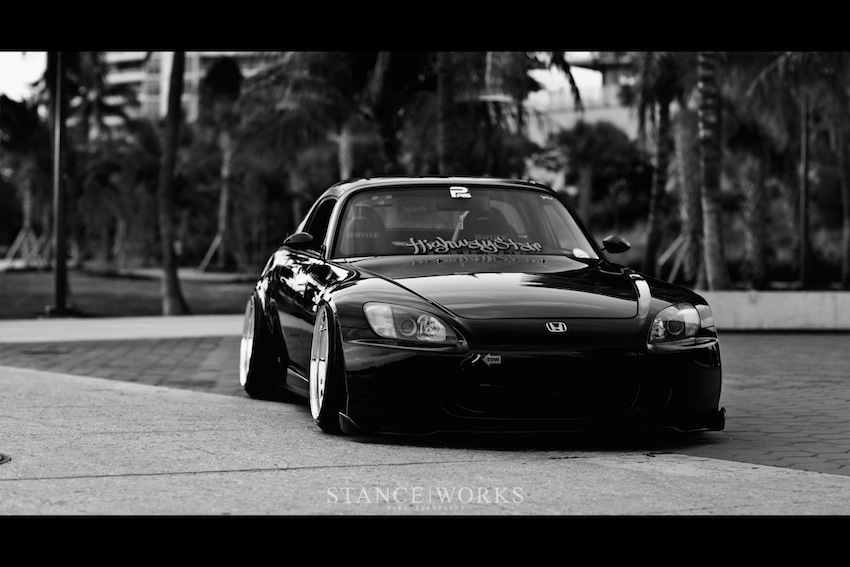 More important than the cars are the owners. Ramon and Manny are probably two of the coolest and most genuine people I’ve had the chance to meet, and I get to thank this community that we’re all a part of for that. The amount of enthusiasm these guys have is insurmountable. Their brotherly love extends to everyone around them, and frankly, I feel like a Collazo myself. 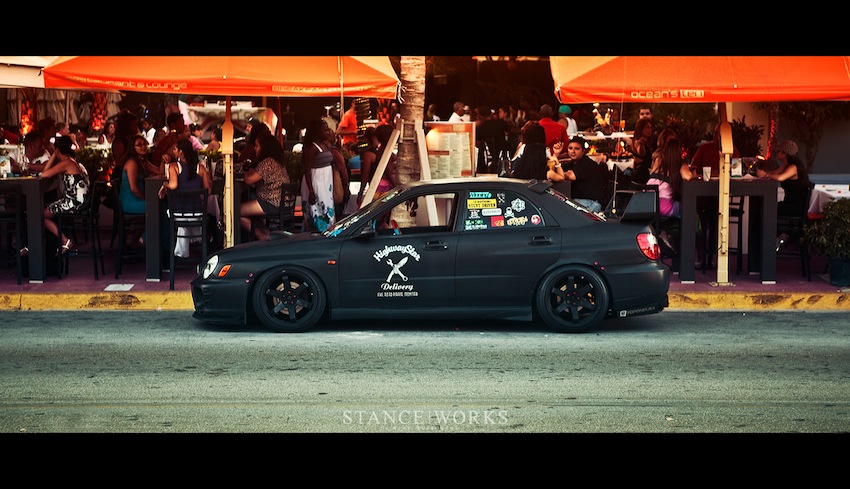 These two cars are extensions of the Collazo brothers, polar opposites yet so similar… but they both ooze heart and style. Its obvious when someone does something to fit in. There’s a difference between walking the walk and faking the funk. Now, I’m not going to say that your S2000 on CCWs is faking the funk, because that’d be unfair… but I’m going to guess that Ramon’s was built in a totally different light.

And I’m not going to say that your Rota’d WRX is completely boring and built to fit in with the crowds, because of course, that’d be judgmental. But I think Manny’s might be different. Of course that’s entirely subjective and I wait for a response akin to “This is ridiculous”.

Manny and Ramon are a lot like their cars. Manny, on one hand, is as sarcastic and hilarious as his WRX, and it’s refreshing. Frankly, it’s nice to see a guy who has stickers covering his car and reps poking out of his fender arches not taking himself too seriously.  But there's something about that rep-rocking spraybombed WRX... I can't believe I'm saying it, but believe it or not, it might just be a personal favorite. It's got that racekor vibe. But on to Manny: He is one of the most awesome people I’ve met, and the best part is that I know there’s a group of Floridians reading this right now saying “No kidding.” For those not in the know, Manny, at first glance, looks like the kind of guy who is going to wrestle a bear and a shark at the same time. Don’t get me wrong, I’m sure he’d do it if you crossed him, and supplied the wildlife… but my point is that, as with his car, don’t jump to conclusions. Manny is inarguably one of the most loving guys in the scene. 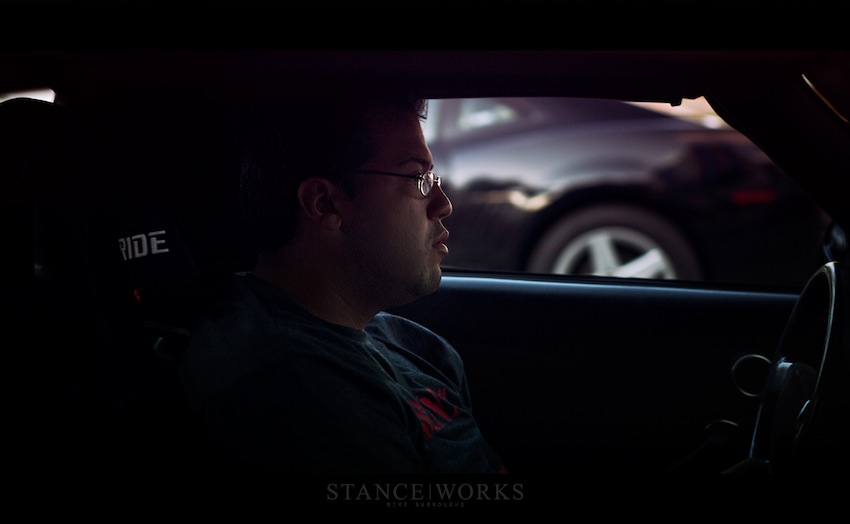 And Ramon-- Triple-Triple-Baconator-Challenge-Conquering Ramon. He’s the other half of Highwaystar Garage. What is Highwaystar Garage? To put it simply, its what you want to be in, but are not, but that’s for another article.

Ramon is one hell of a guy. He’s the quieter half, which you could certainly say is reflected in his car. That’s not to say Ramon doesn’t know how to run the game though. Since day one, Ramon has done well in setting a standard for my own cars. Ramon may be laid back, but he’s got what I’d say is easily one of the most insane cars I’ve had the pleasure of seeing. He couldn’t be more modest about it either, and his modesty is authentic. Ramon has heart, and tons of it. 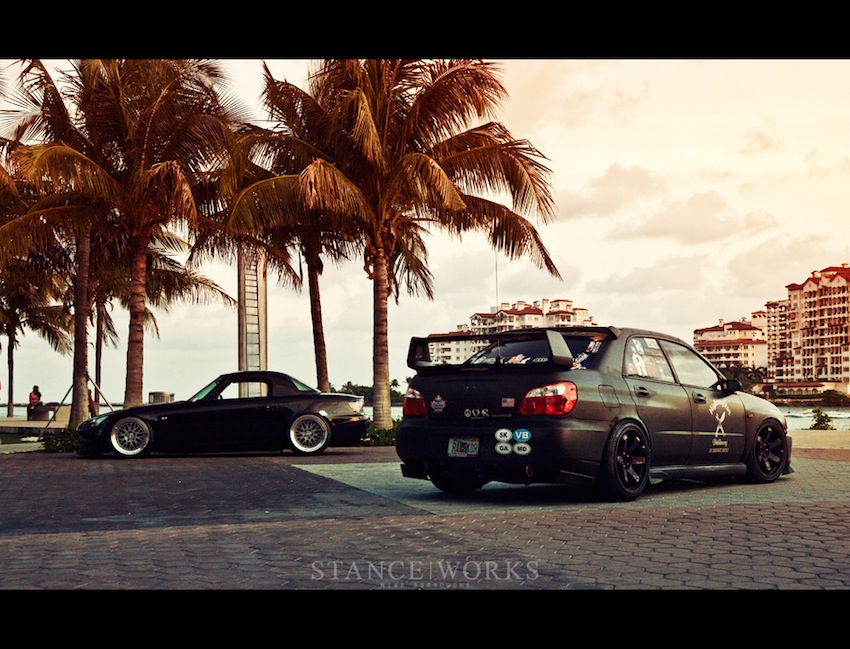 Ramon and Manny have helped reiterate why I love the scene that we’re in. It’s guys like the Collazo brothers that make the broken oil pans, shredded tires, countless miles, and numerous flatbed runs worth it. Get out there and meet the kings of your town and you’ll understand what it’s all about.