I've always felt that there's something... an all but impossible-to-define aspect that cements a car as truly befitting of the "StanceWorks" ethos. In the nearly twelve years since StanceWorks began, we've stood as a haven for the odd balls and the misfits, celebrating cars that owners bestow merit upon, as opposed to those we see with merit on their own accord. Cars that, in stock form, get walked past time and time again, but with a bit of care and pride from the owner, stand out from the crowd. Michael Will's MK3 Ford Escort fits this spirit to a T: an econo-box hatchback that left the assembly line with the character similar to that of a wet slice of white bread. Today though, it is quintessentially "StanceWorks" at its core, oozing character from every facet, each one curated with creativity from an owner with a one-of-a-kind outlook. 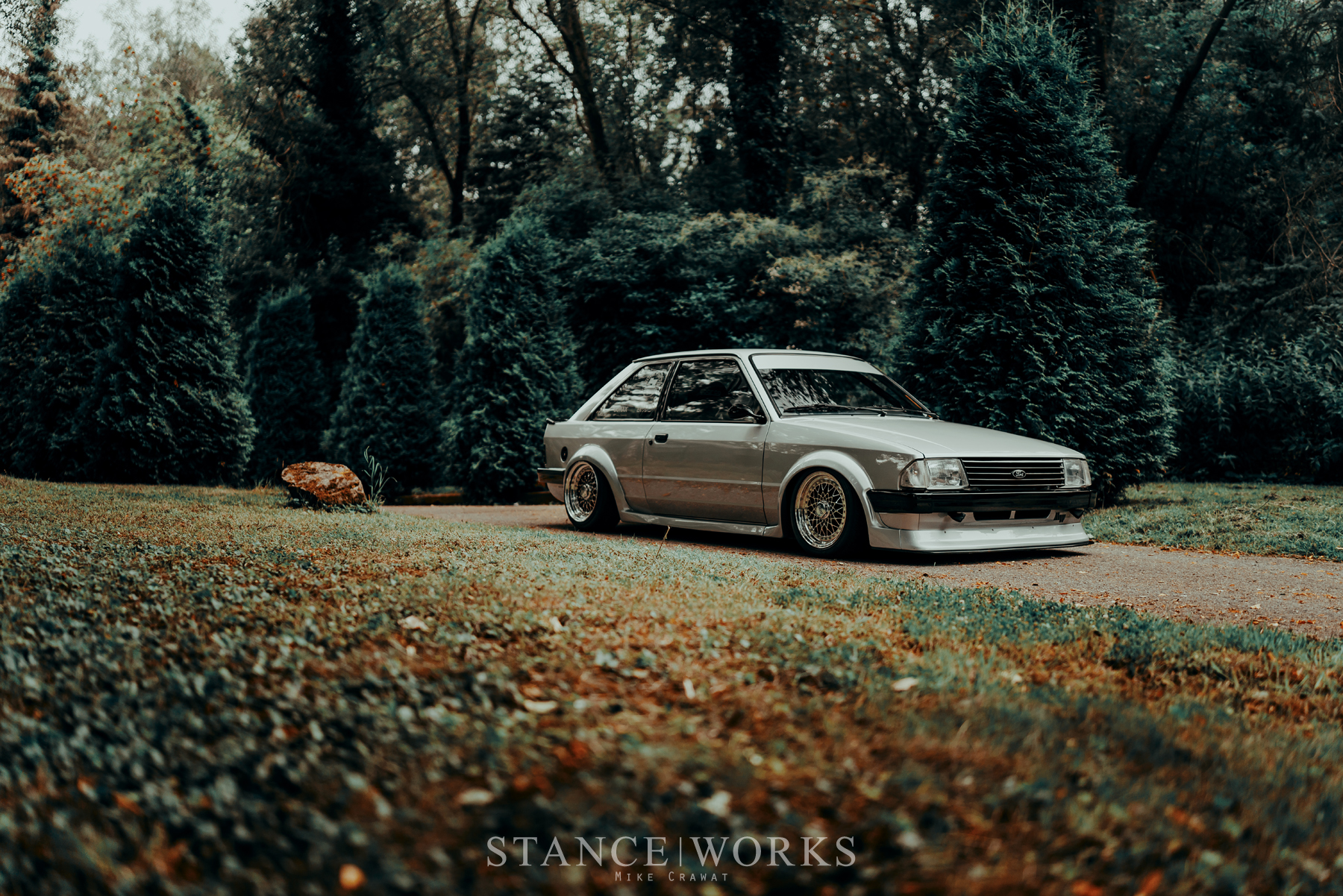 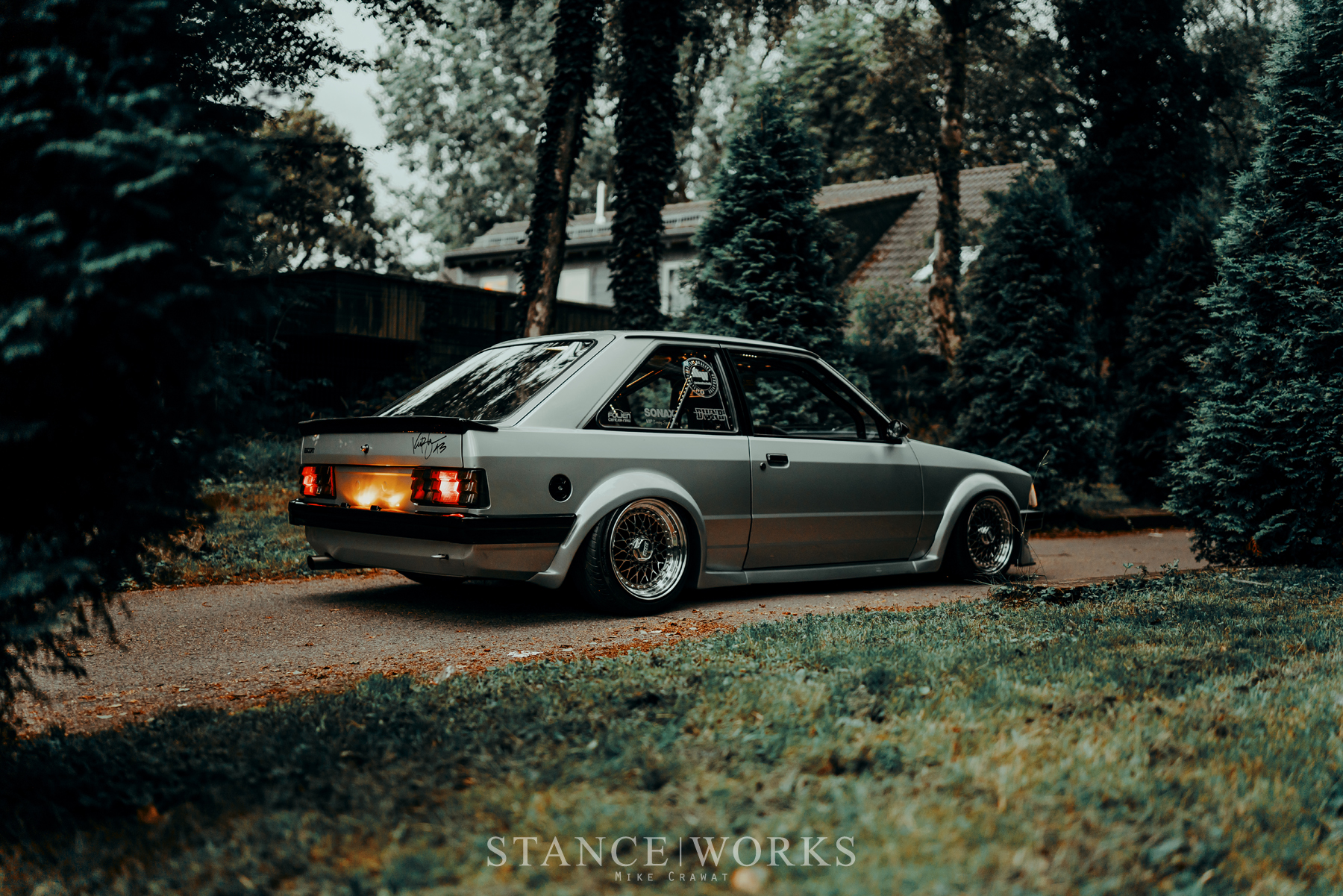 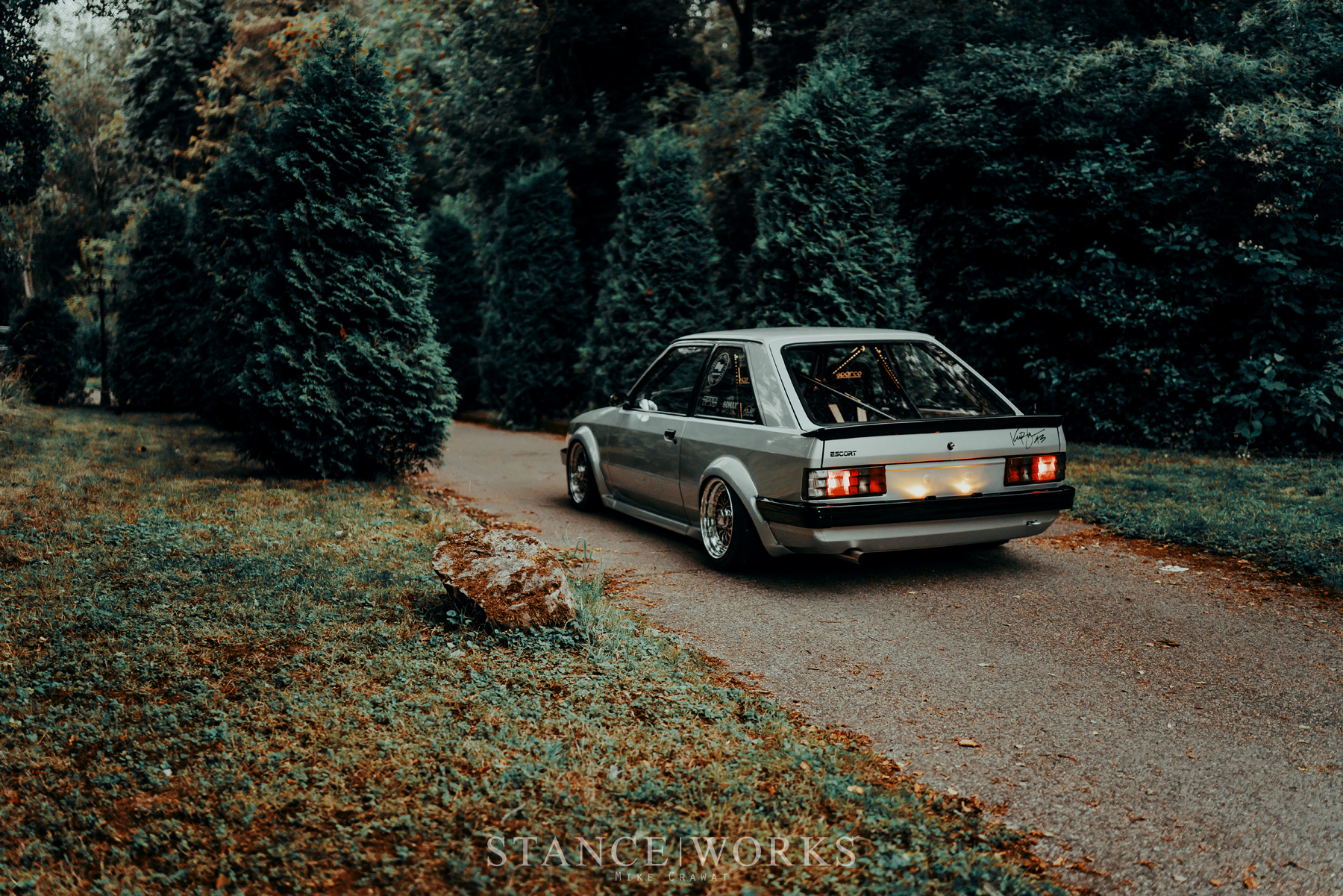 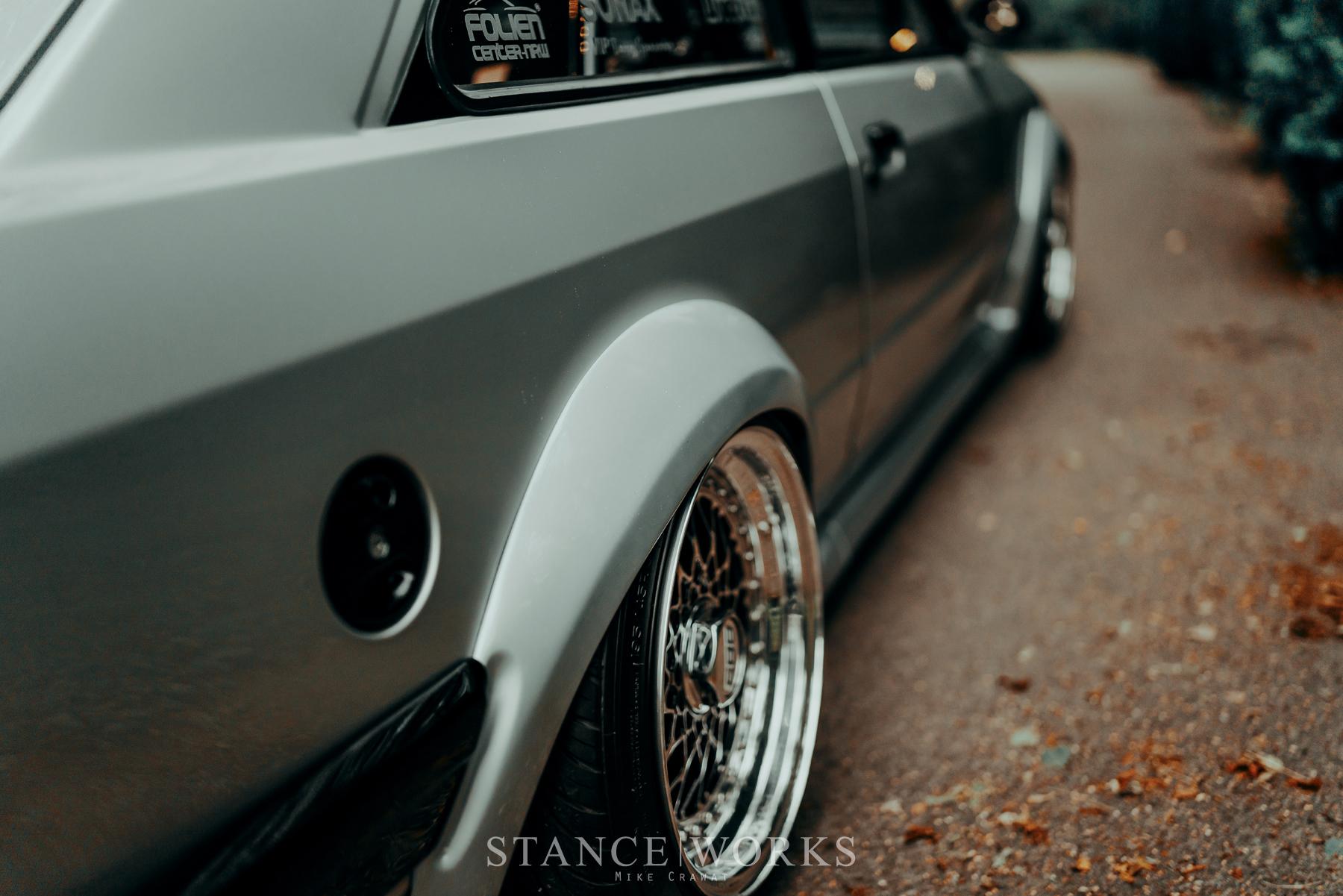 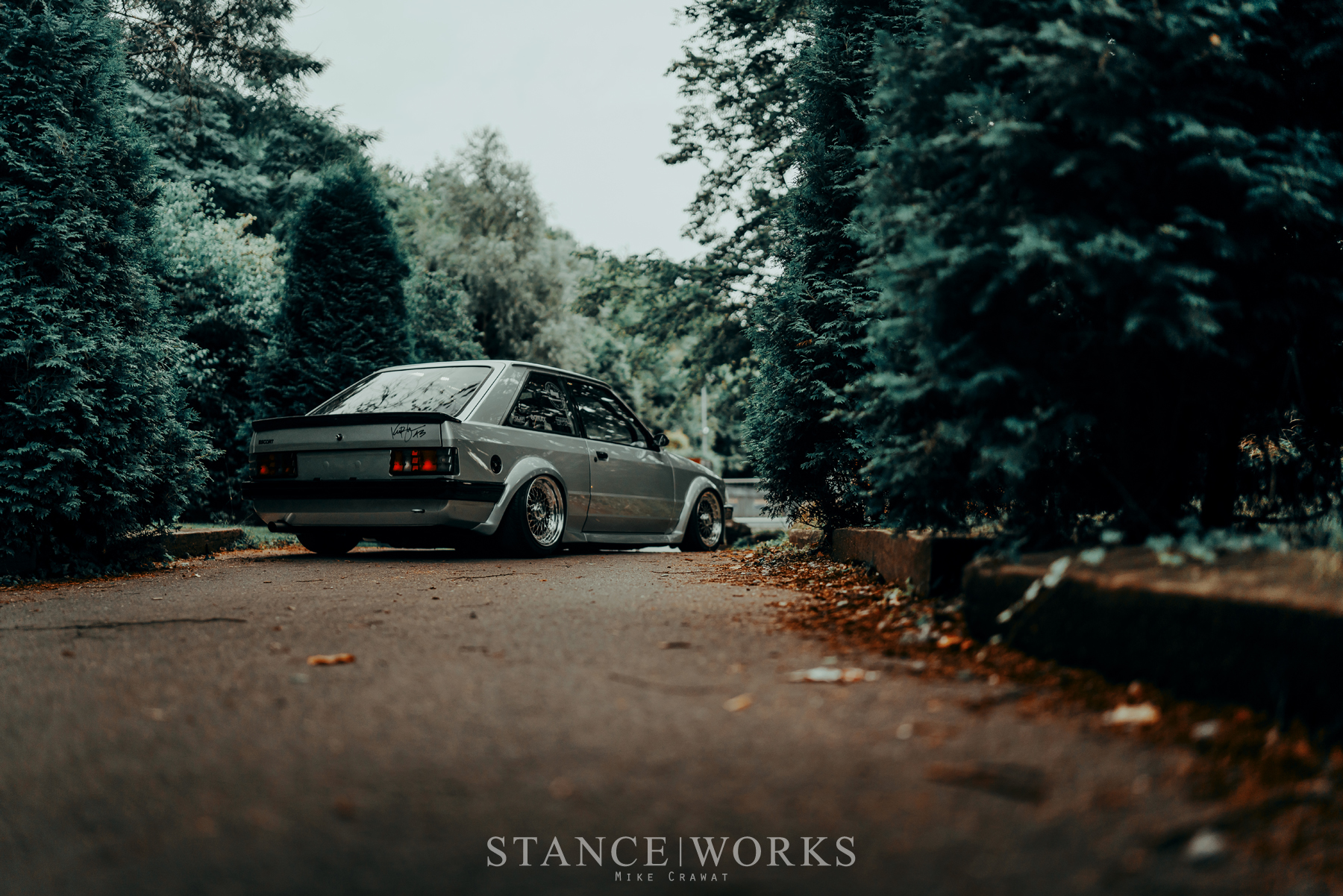 Introduced in 1980 on the heels of the wildly-successful MK2 Escort, the MK3 didn't disappoint from a sales perspective. Within just two years, the Escort found itself as the UK's best-selling car in its entirety, meaning Ford made a lot of them. Today, plenty are on the road, but few catch attention like Michael's example. Its presence is immediately commanding, finished in metallic silver and sitting atop a beautiful set of BBS RSs, perhaps the most tried and true wheel ever made. Period correct in style, it's a match made in heaven with the car's sharp lines and boxy shape. Finished with polished faces and black windows, they contrast perfectly with the car's exterior, providing some necessary "pop" to a monochromatic look. 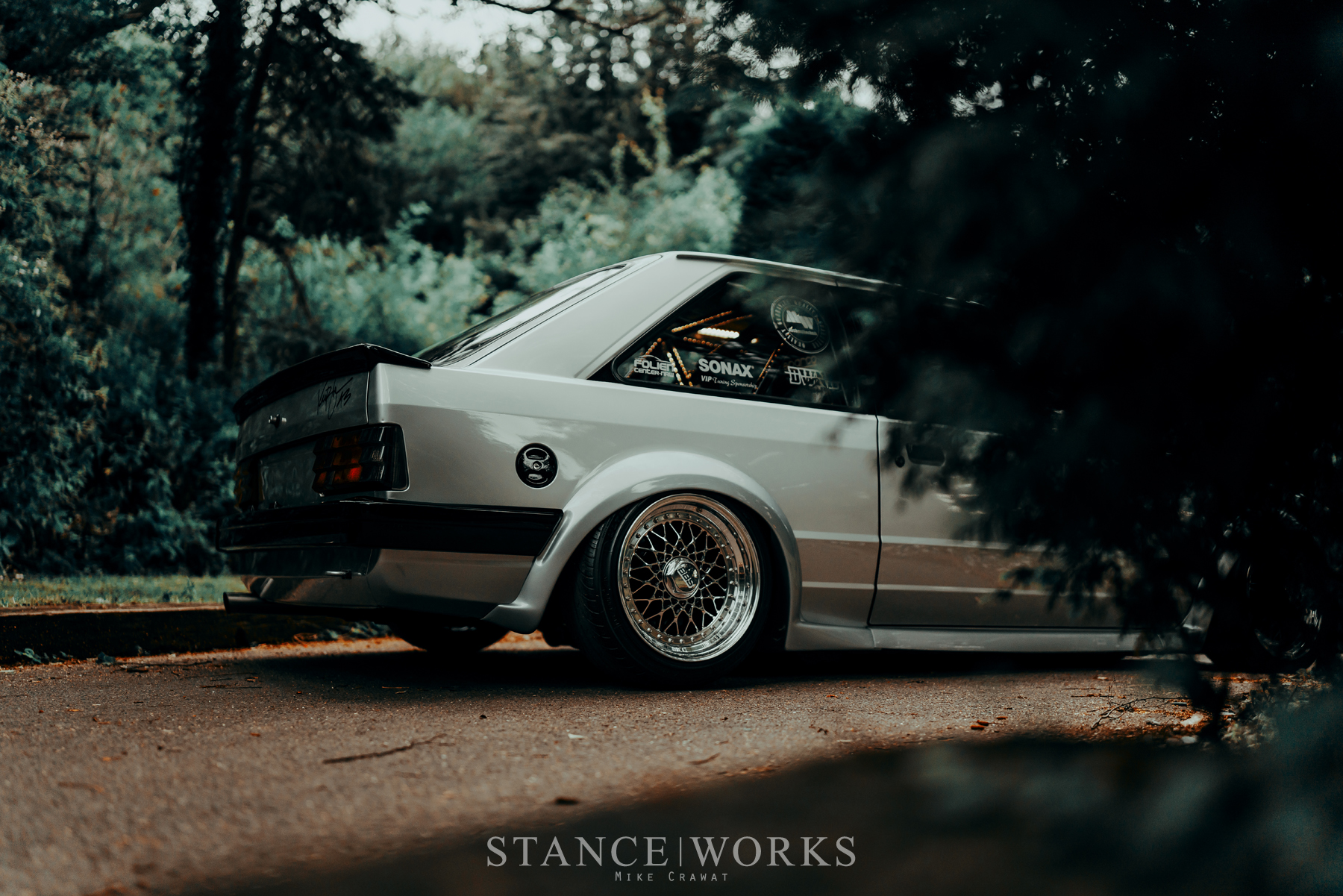 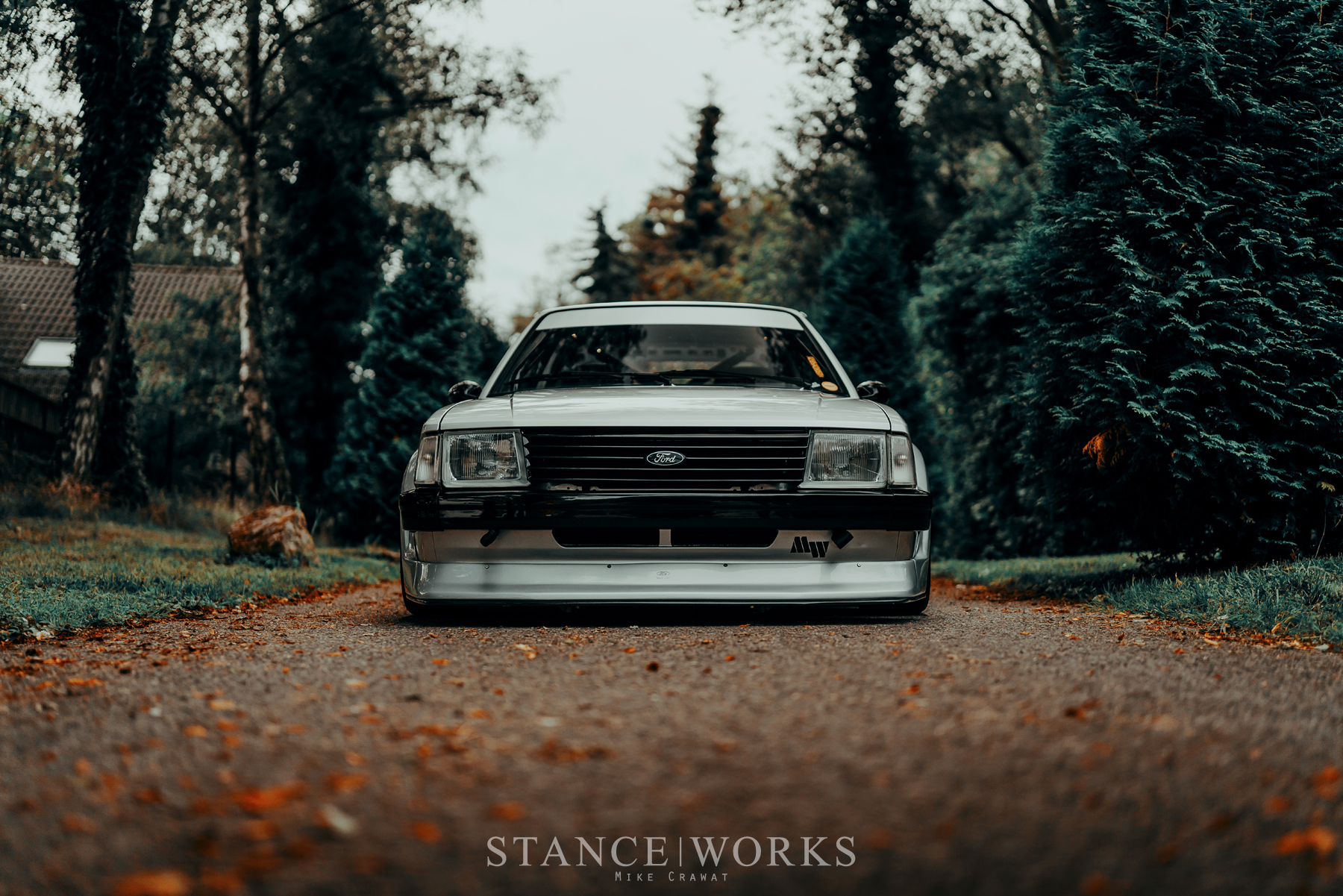 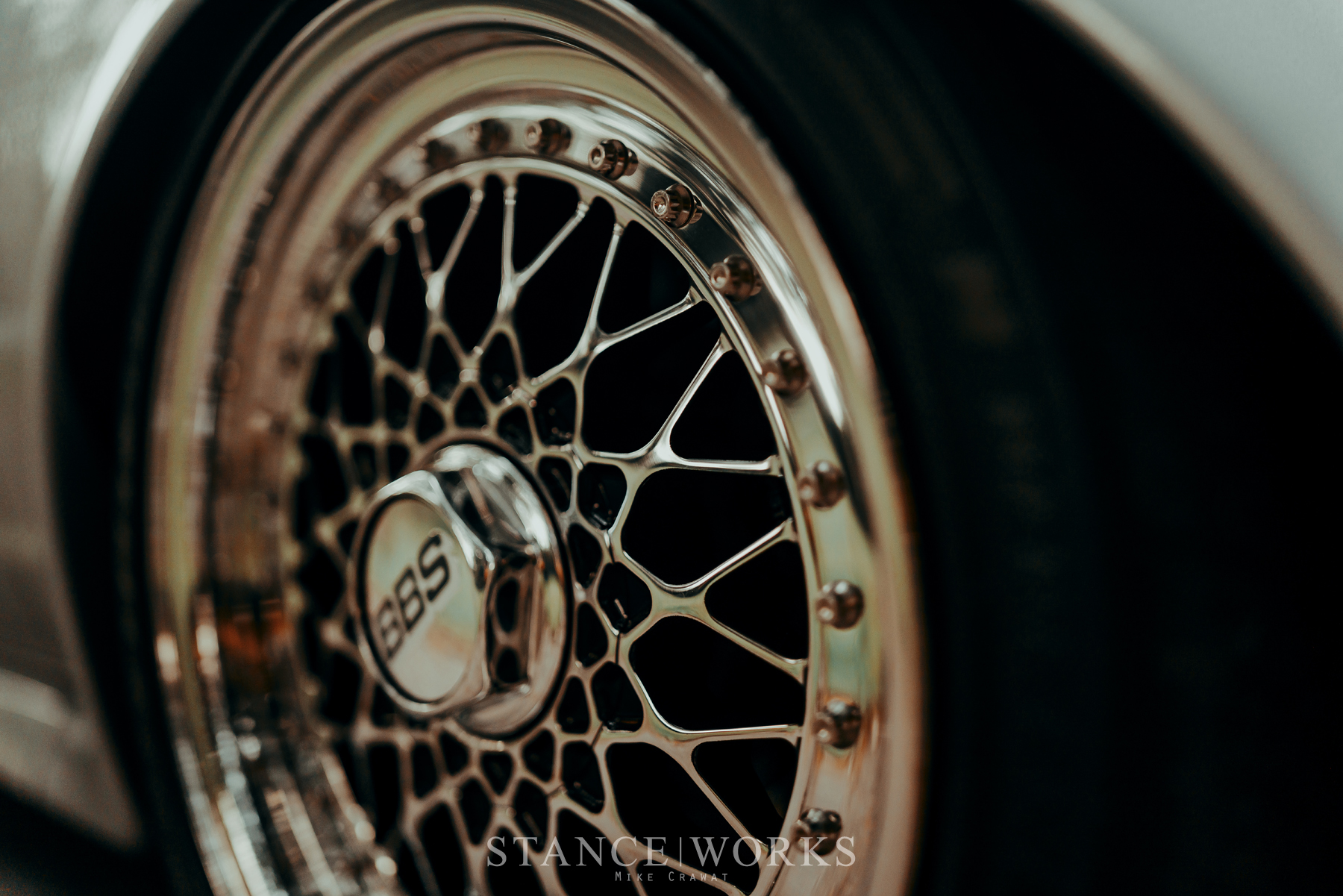 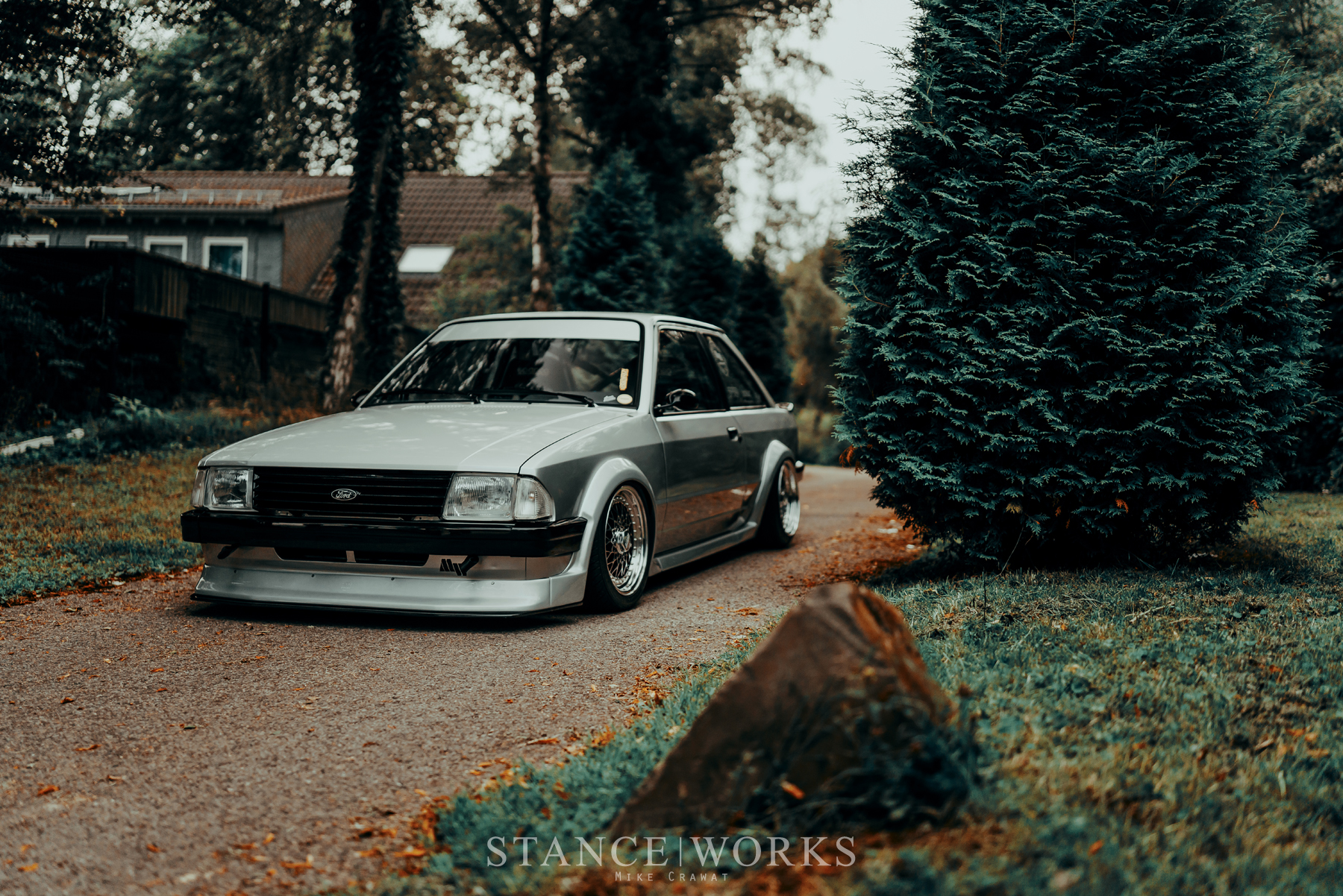 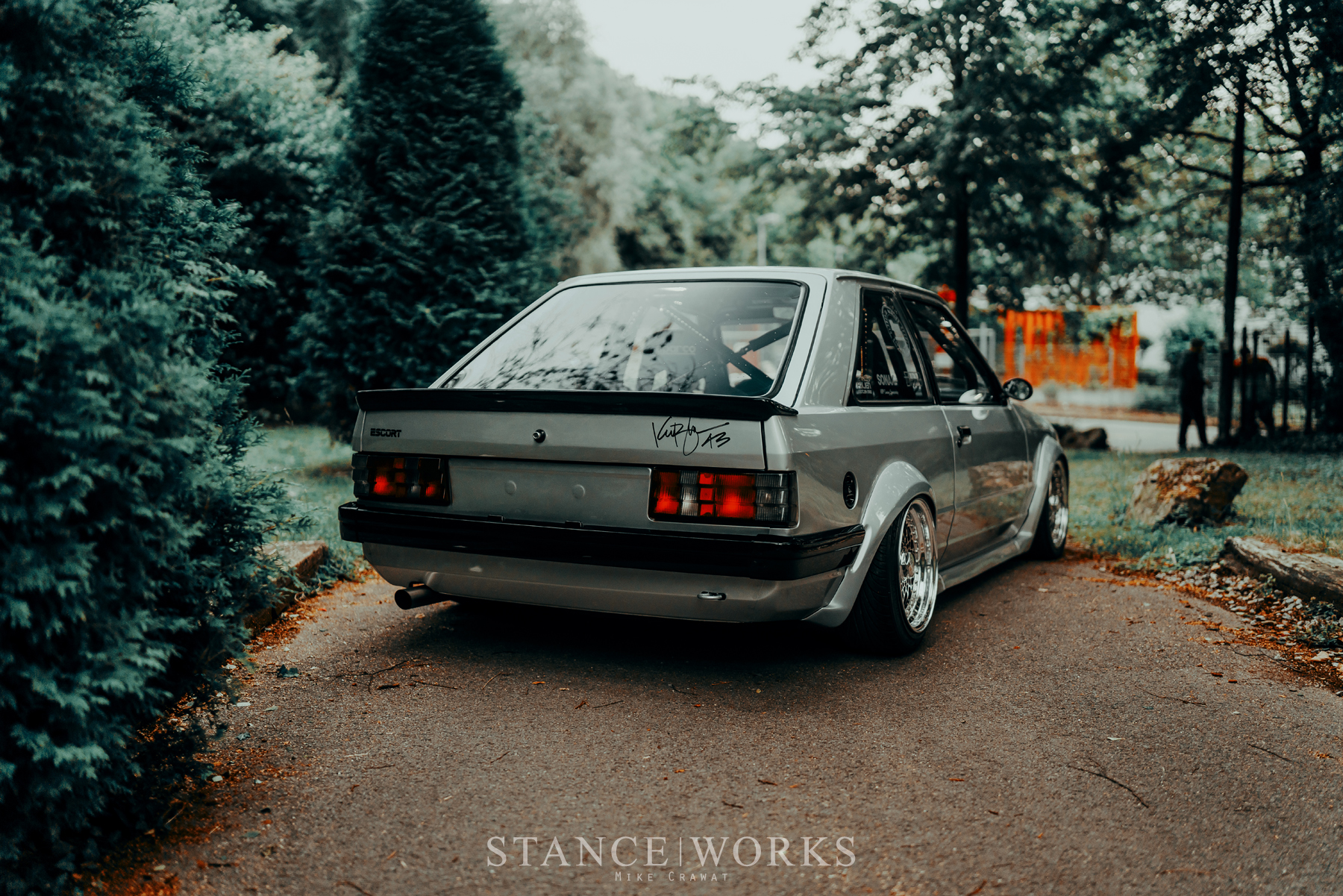 Clear and smoked lighting at each corner of the car furthers the monochromatic theme, and the car is further emboldened by its wide arches, inspired by the RS variant of the Escort. They give the car a tougher look, and allow the RSs to sport at least some lip. The overall look pays homage to the iconic Escort Rally cars; however, this one sits on air, firmly planted against the soil, counter to what most come to expect from such a car. 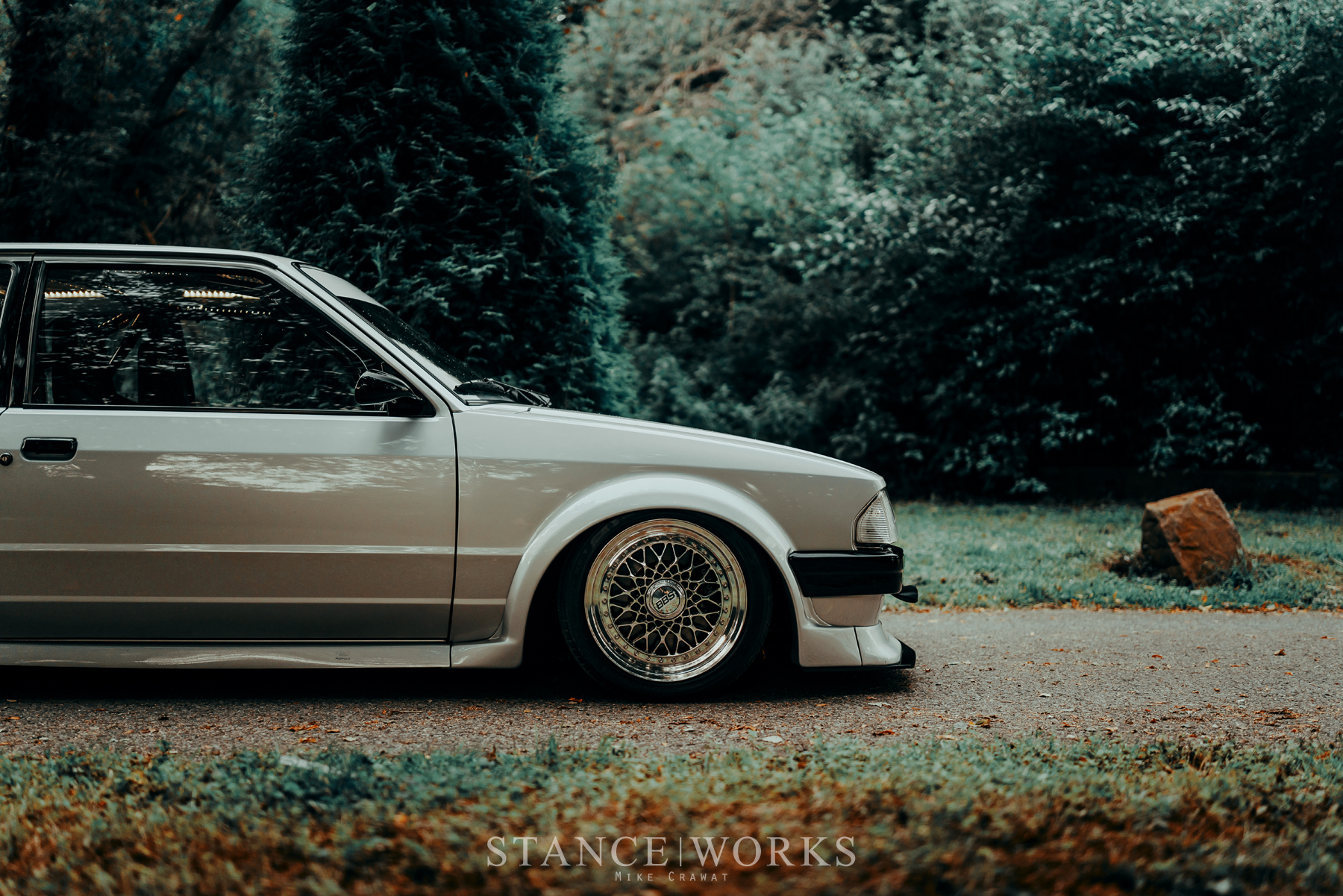 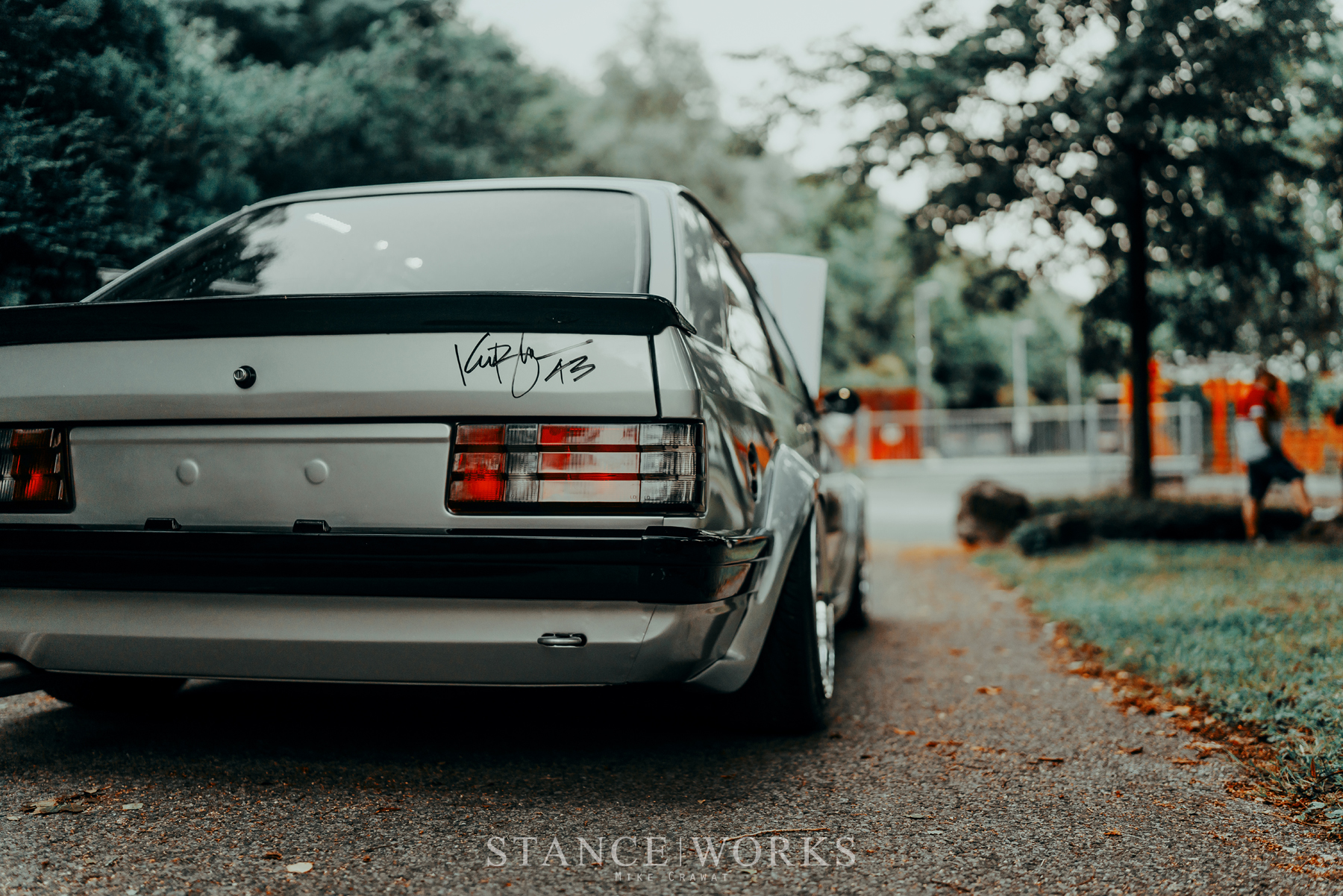 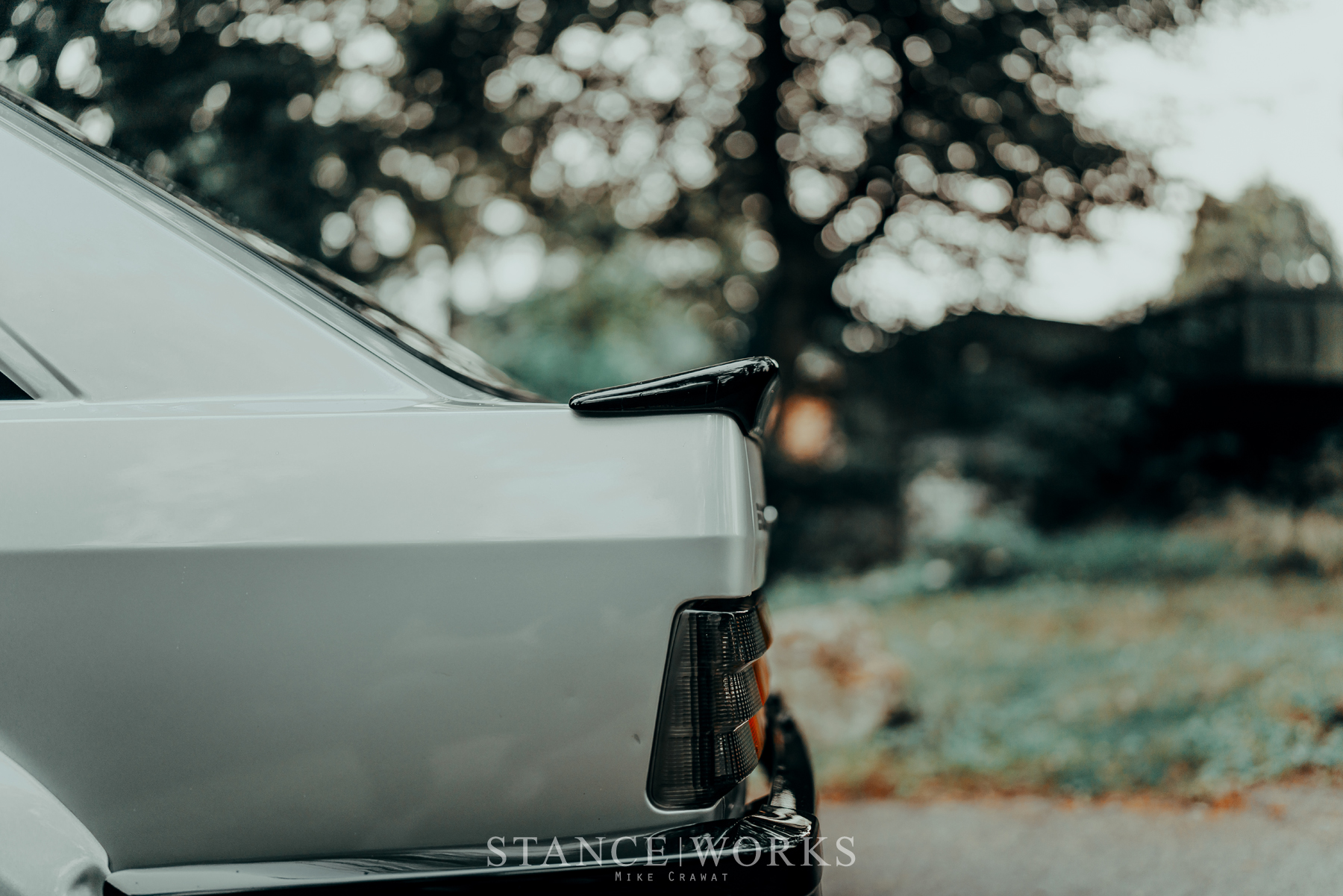 The inside pays similar tribute to the famous race cars: fully stripped, and with a cage running throughout. The entire interior has been removed, along with sound deadening and adhesives. Fresh paint coats the floor pan, making for a car that's cleaner on the inside than most are on the outside. A lone battery sits in the car's original spare tire well, with the original wiring shod in new looming, drastically cleaning things up. A pair of Sparco seats compose most of what remains inside the car, while the original dash gives home to the original cluster and an updated carbon switch panel. An old OMP wheel, clad in black suede, rounds things out. 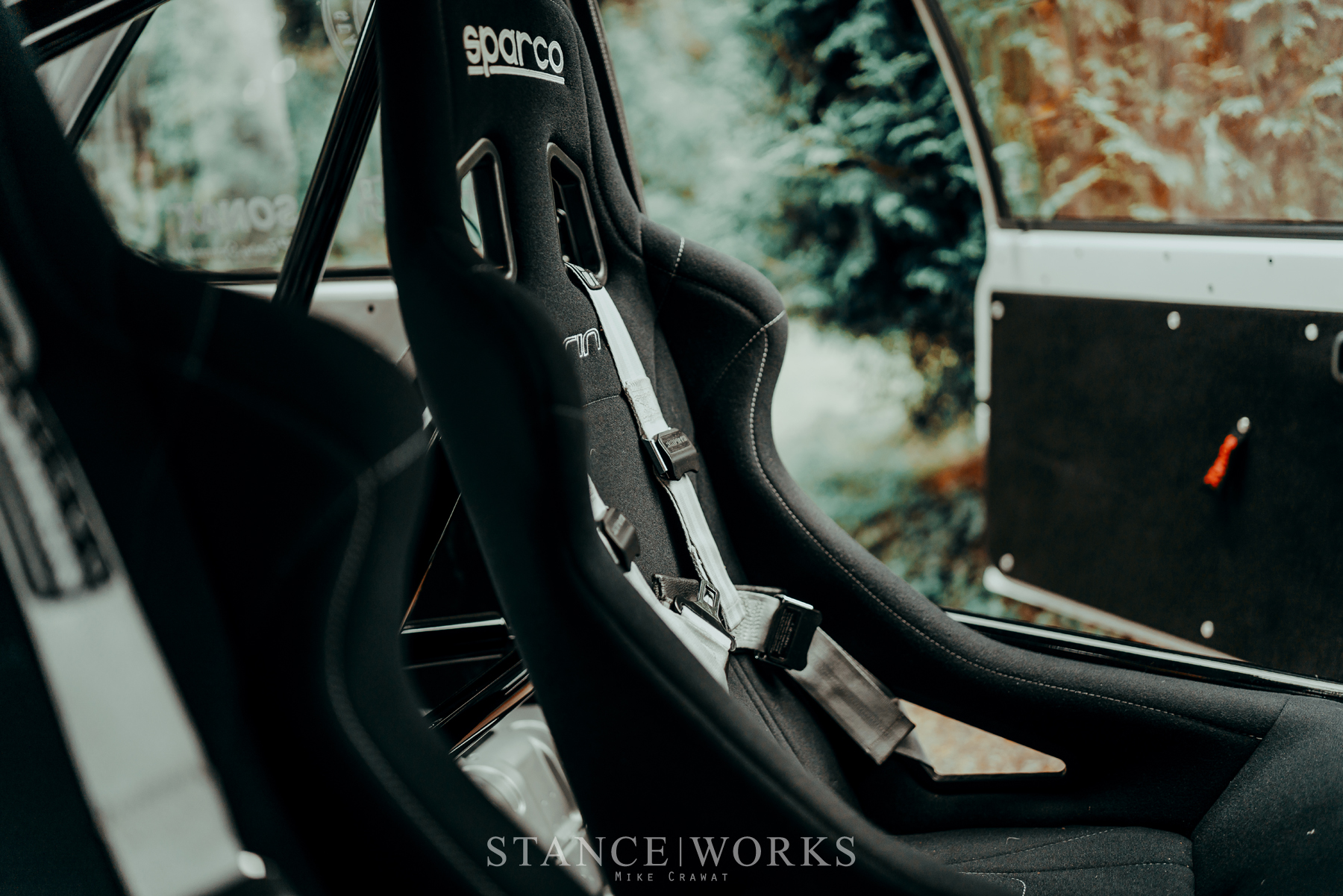 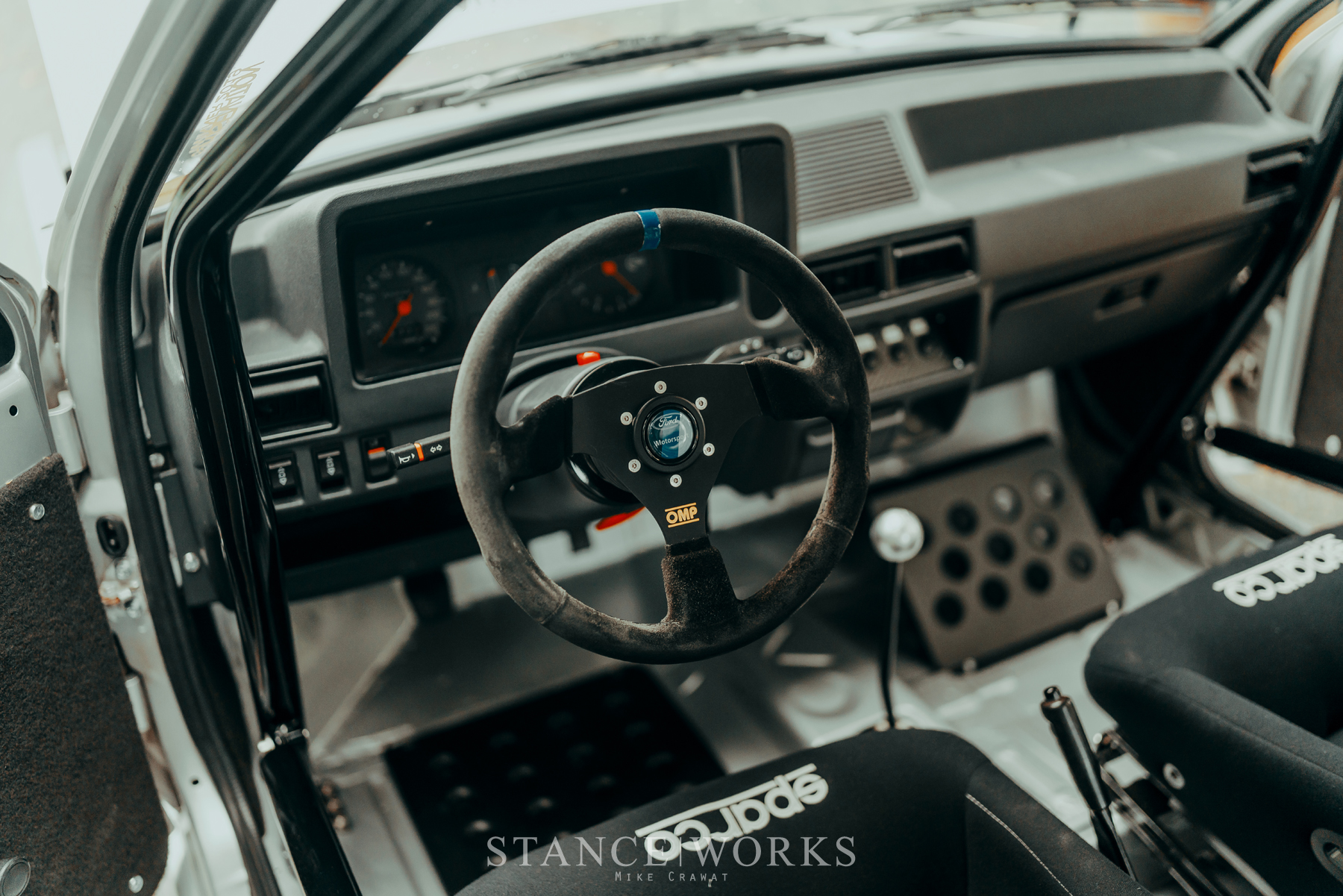 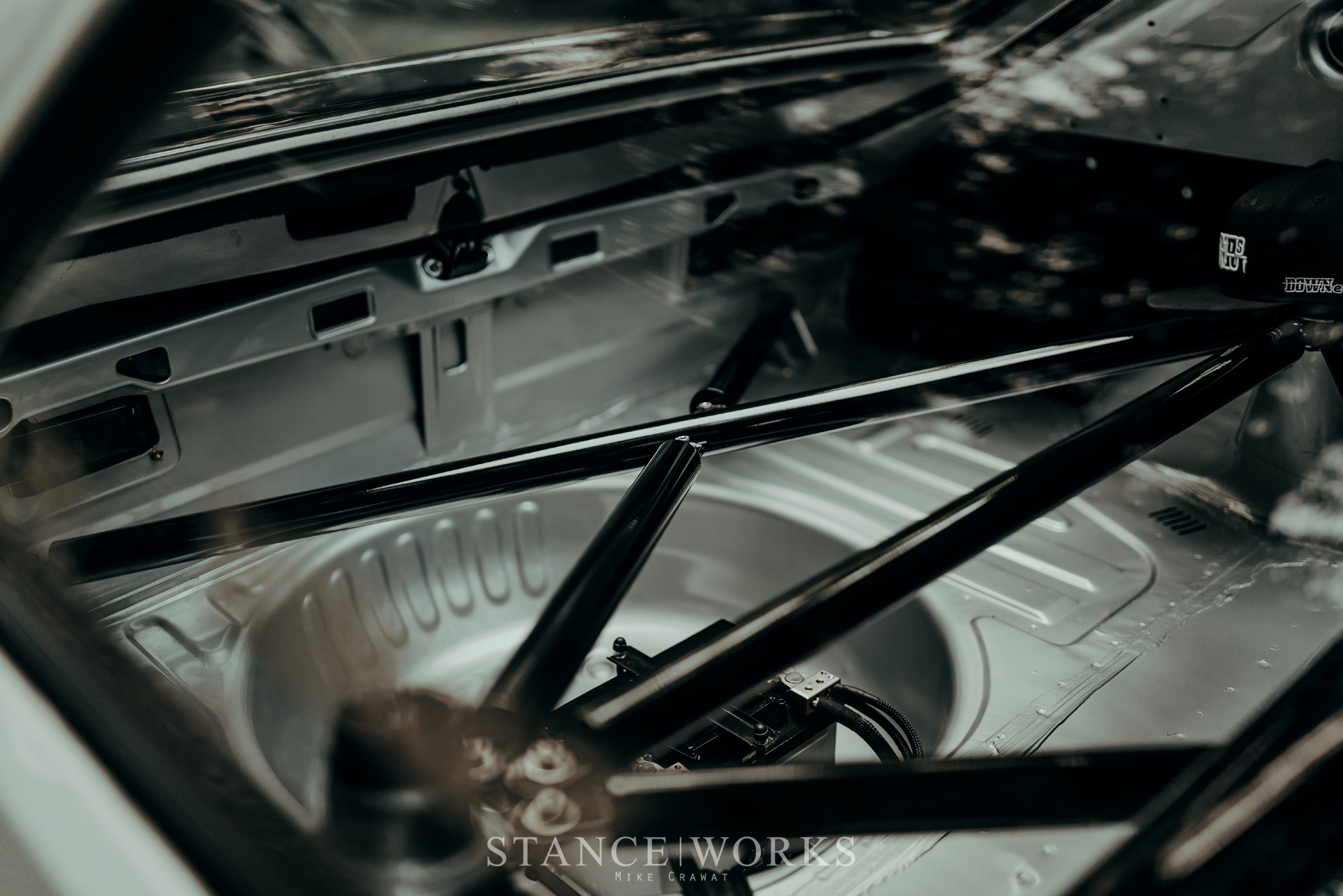 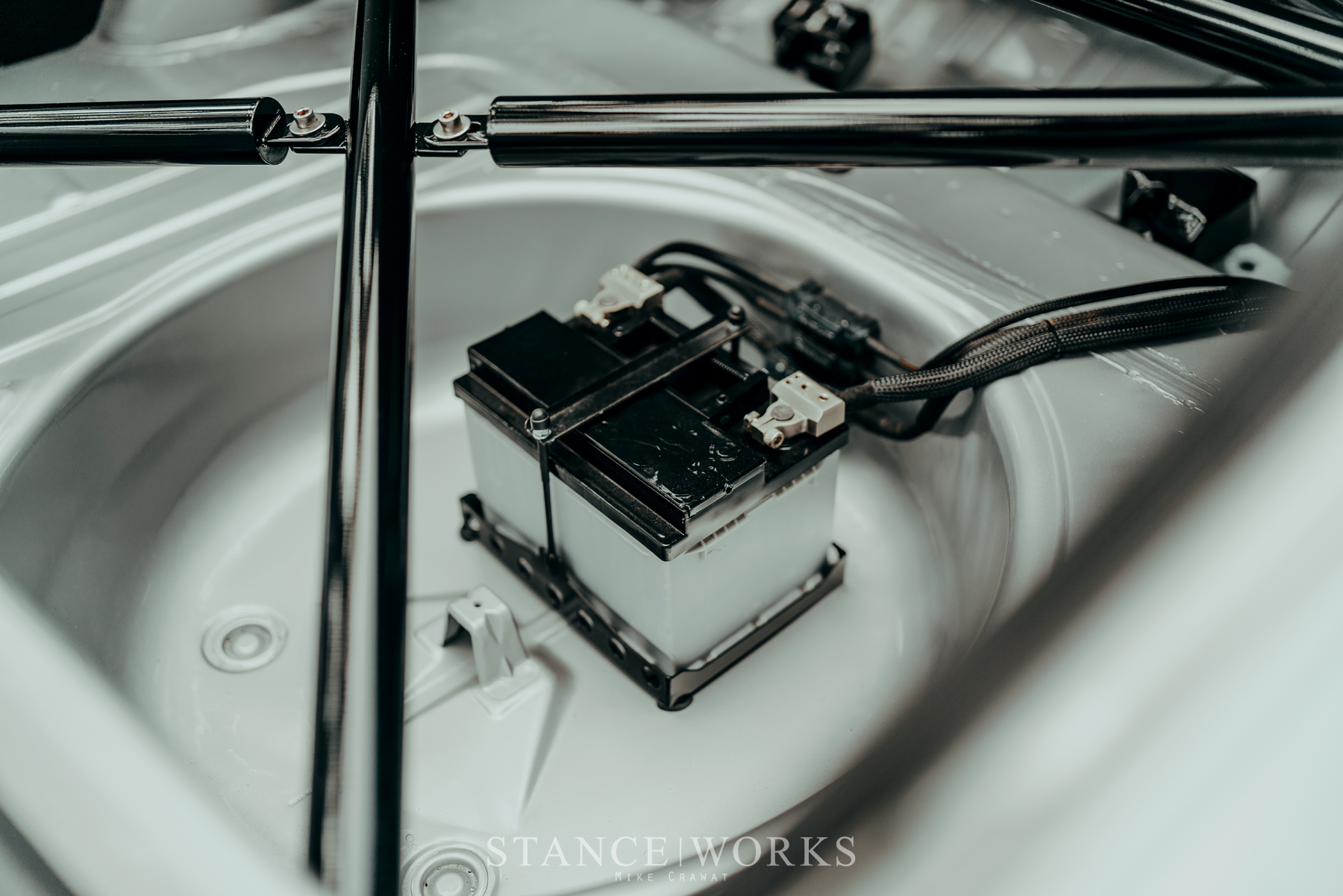 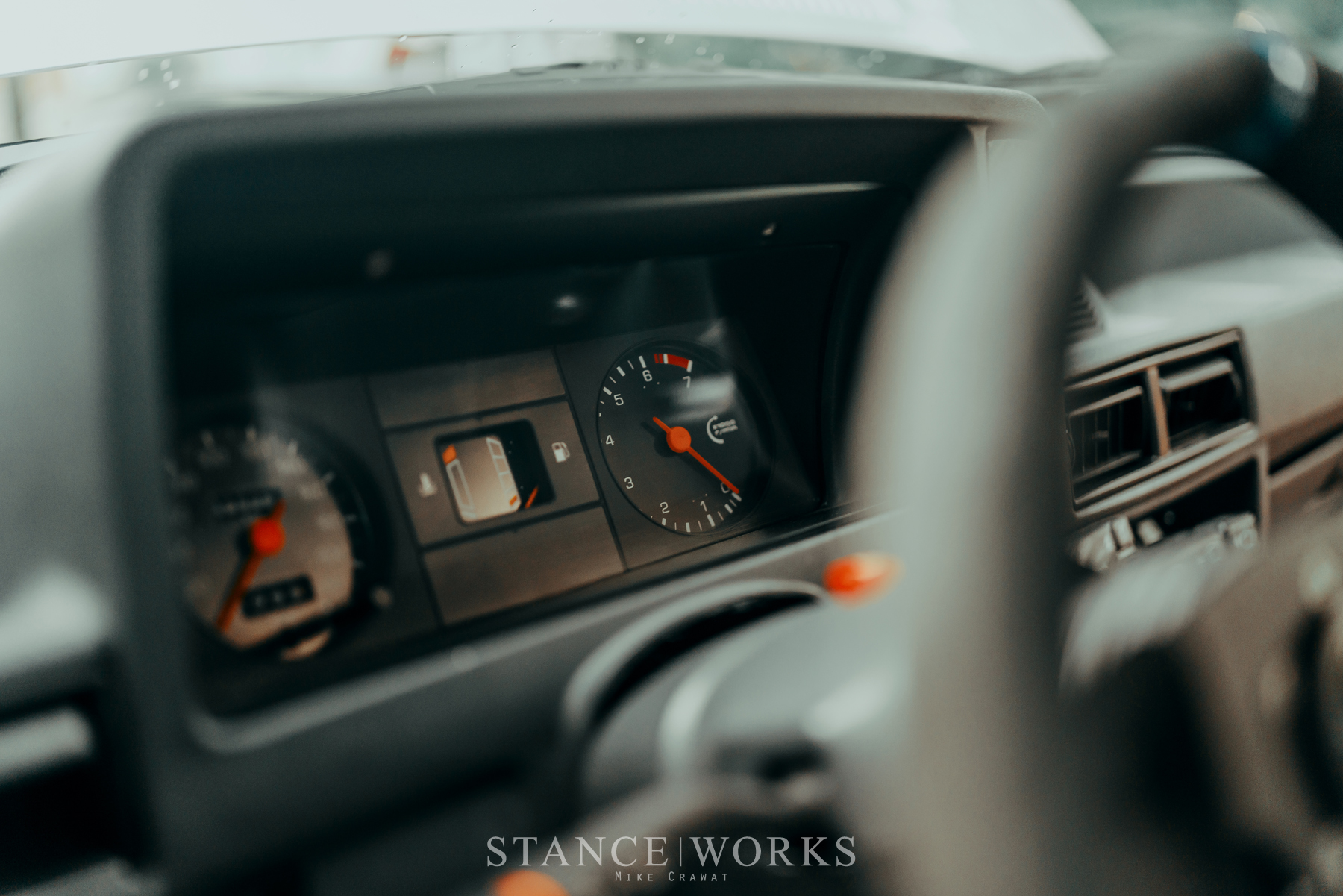 The theme continues under the hood, too: the 16-valve Lotus-derived power plant has been mated to a pair of Weber side-draft carbs in an otherwise sterilized engine bay. A set of headers protrudes from the cylinder head and quickly disappears, while most other ancillary bits and pieces have been shaved entirely. The engine offers both bark and bite for the tiny hatch, and furthers the unique balance between race-inspired and show-bred. 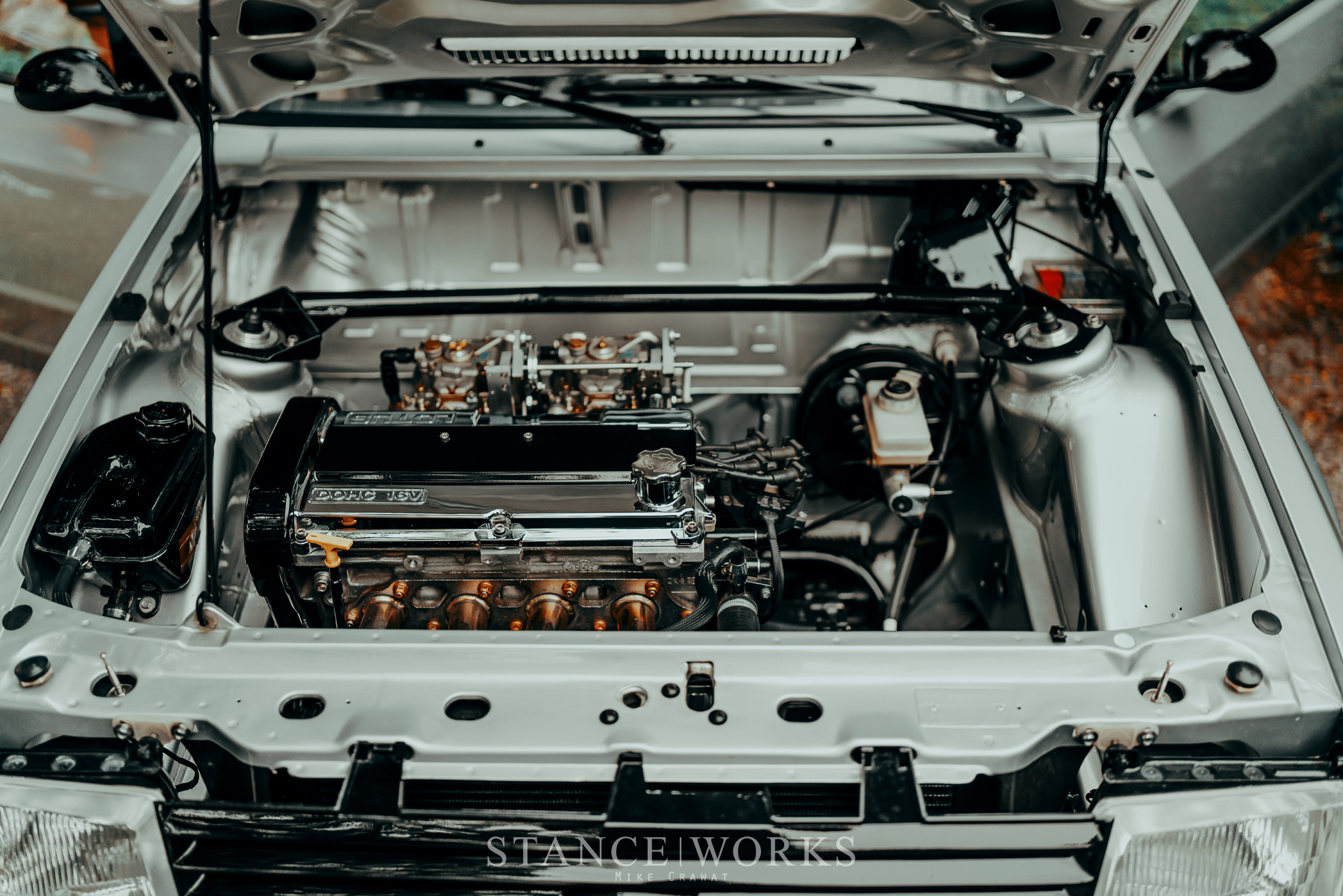 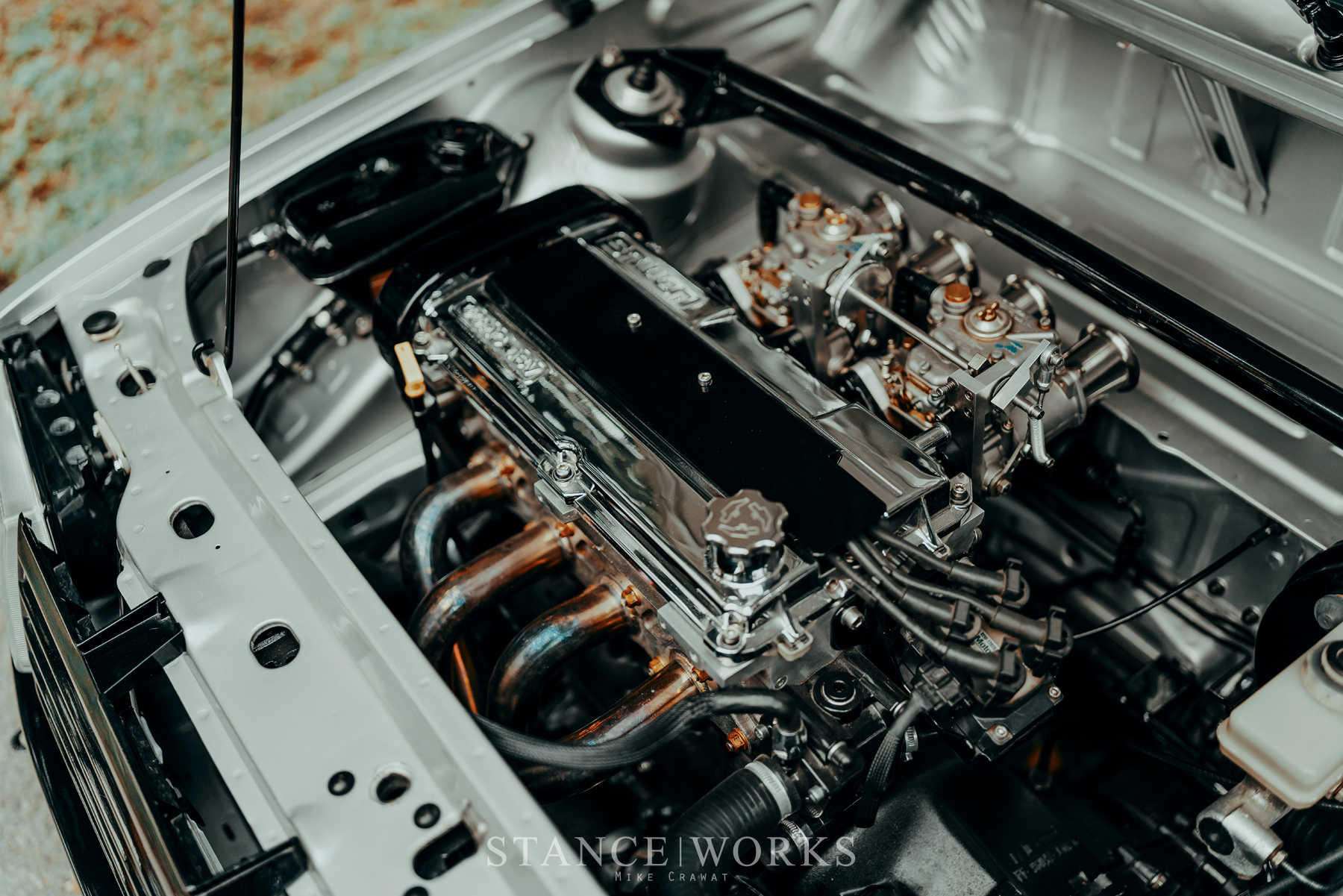 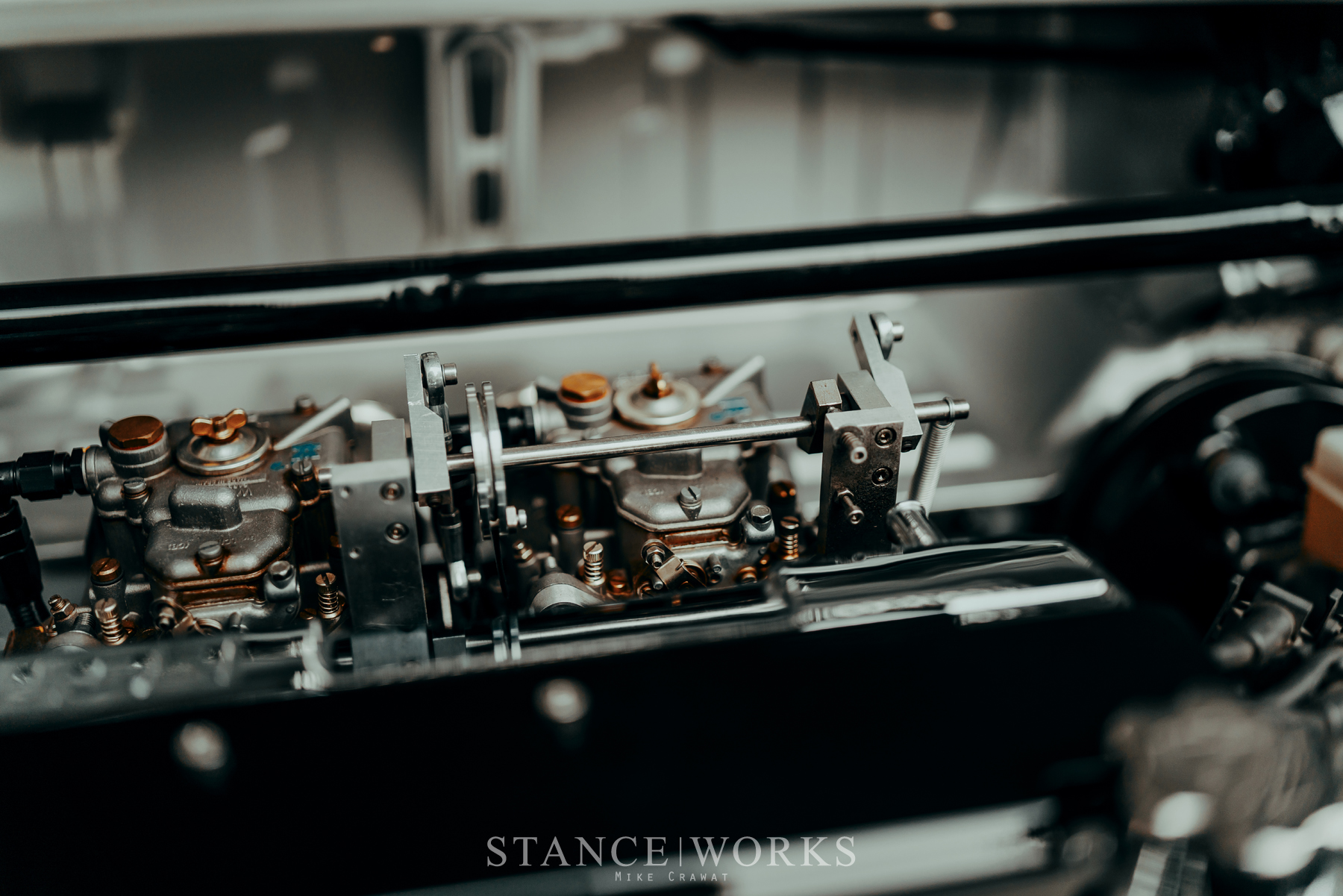 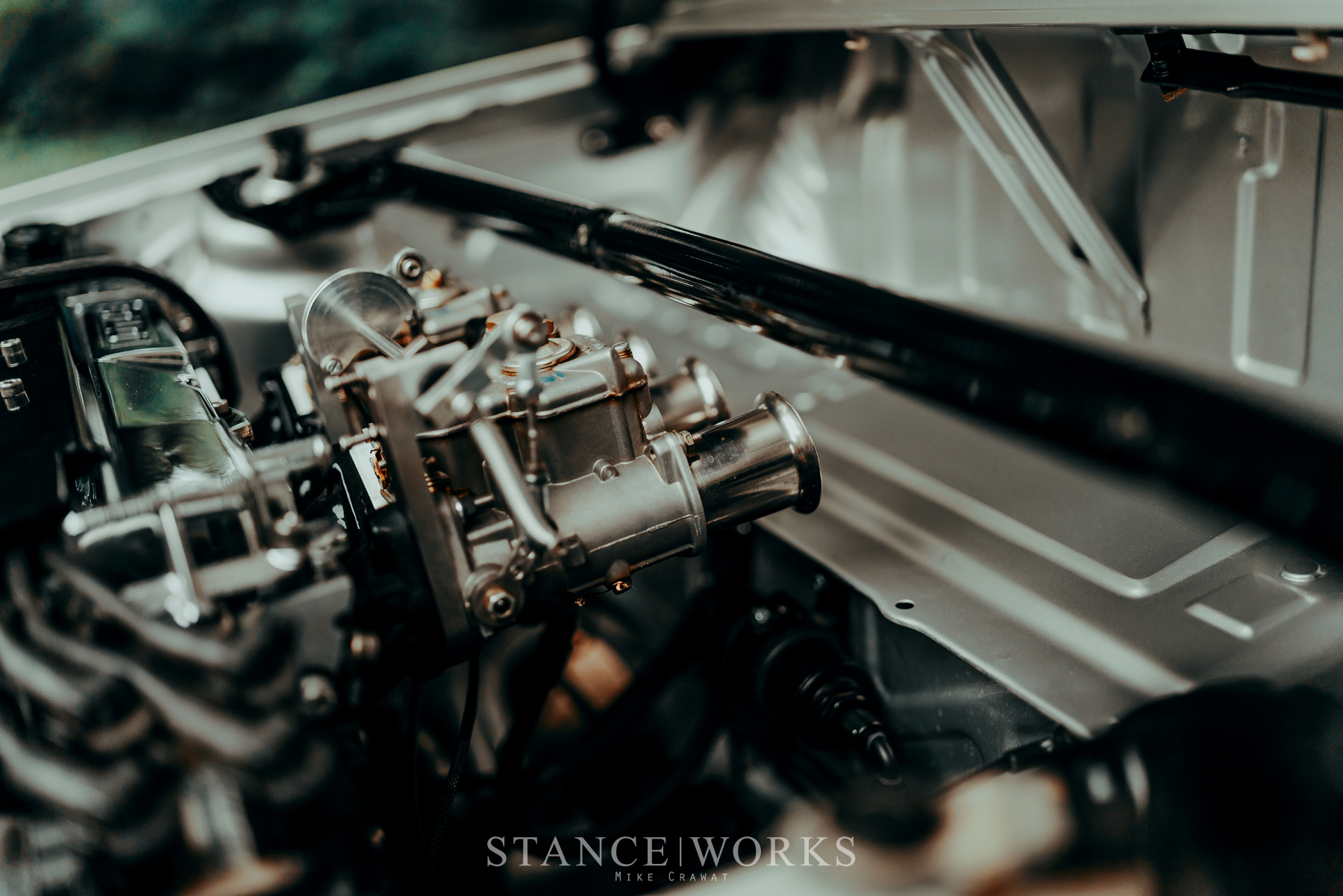 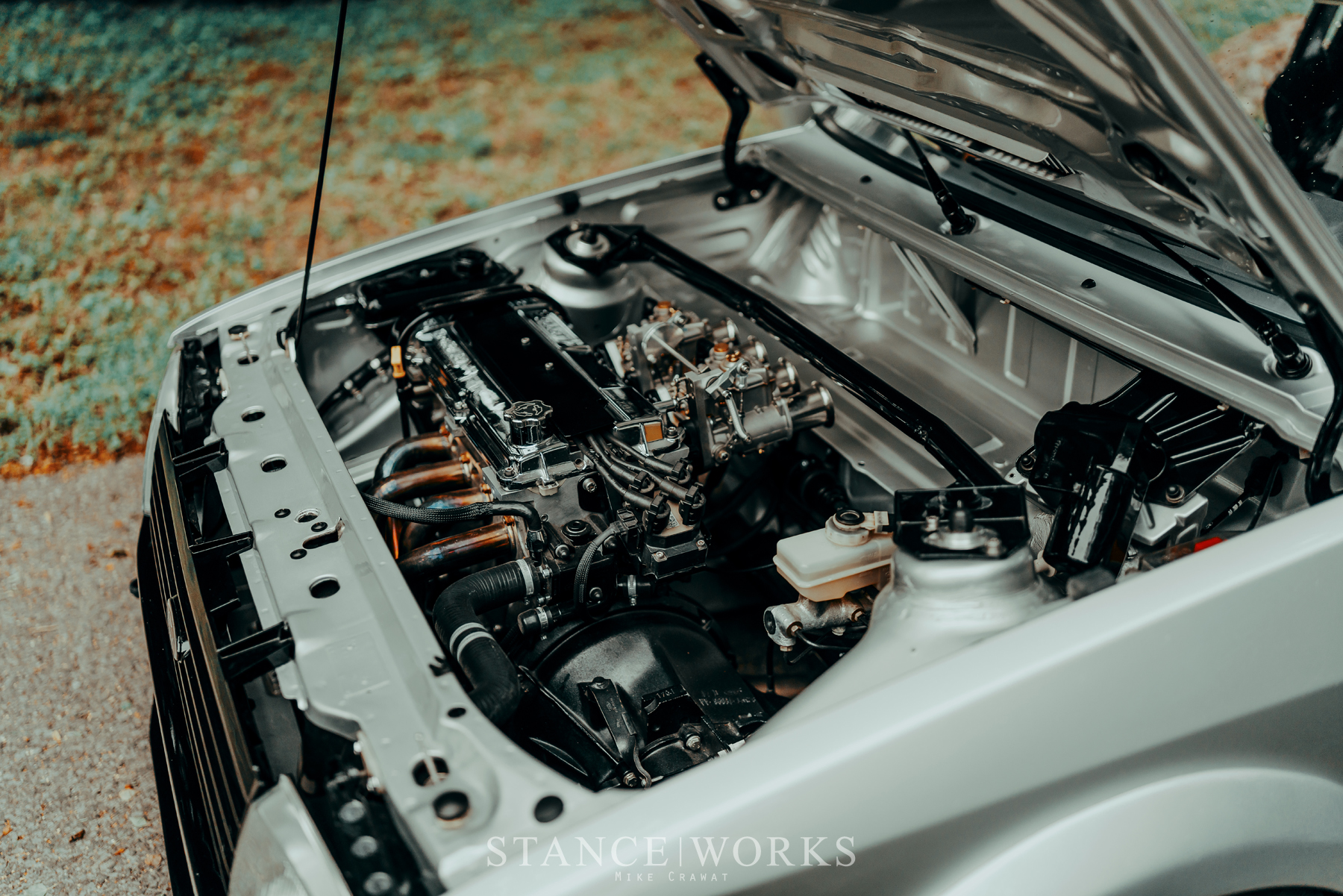 Countless details make this Ford Escort what it is: wholly unique, and a fresh take on an often under-appreciated chassis. For many, it is sure to serve as inspiration to build from ideas and with character - not upon names and pre-established values. There's no question that MK3 Escorts deserve praise as neat cars, but this one undoubtedly deserves a spotlight of its own. 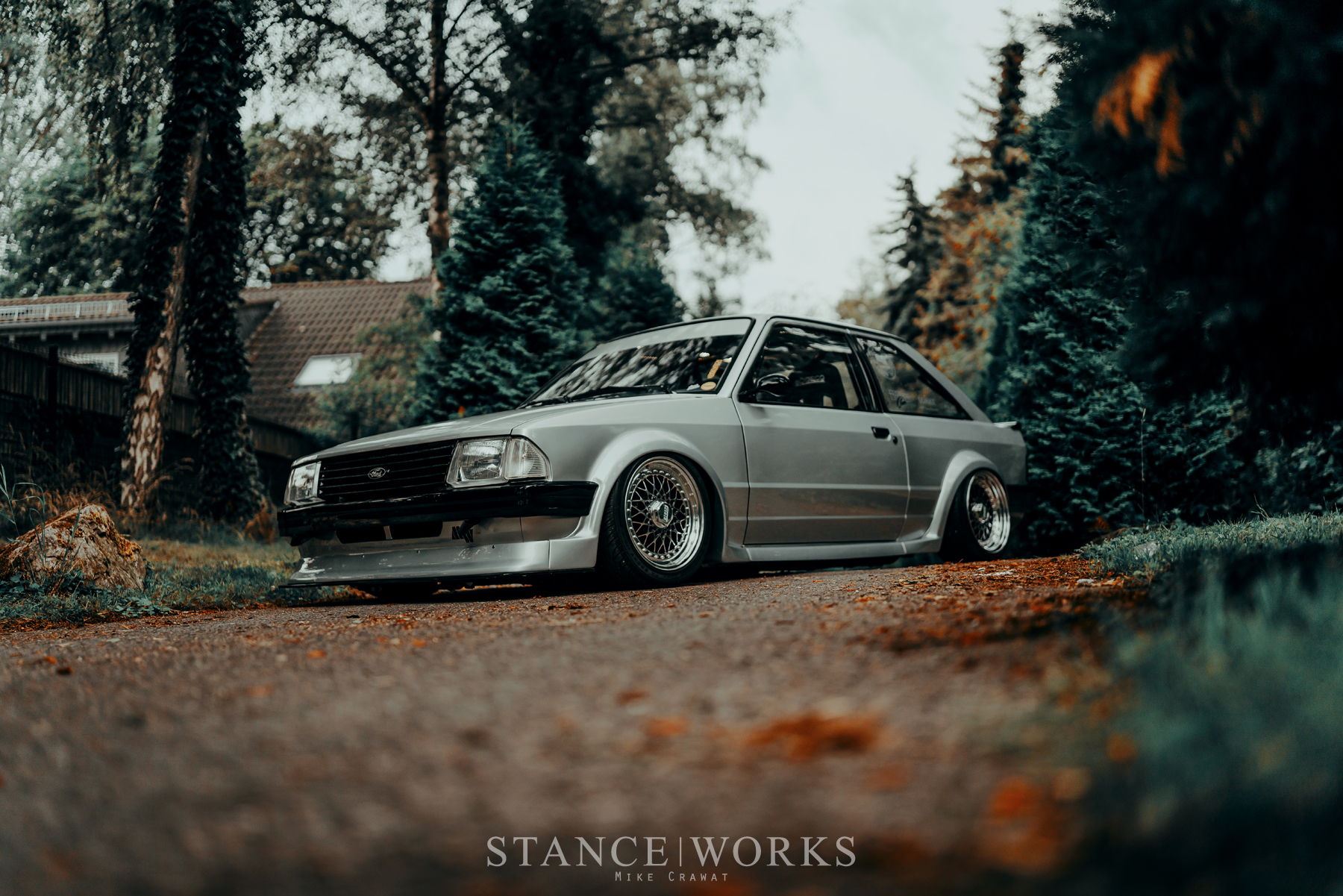