Imagine you're standing in front of a potential purchase: a 30, 40, or 50 year old car you've dreamt of owning for quite some time. You open the driver's door, which makes an audible ping as the door latch releases, and the hinge itself faintly groans as it opens. You climb in, met with the muted and muffled squawking of the seat springs compressing beneath you. The distant smell of oil and fuel are almost entirely masked by the scent of old leather and the distinct aroma of "horse hair" seat filling. 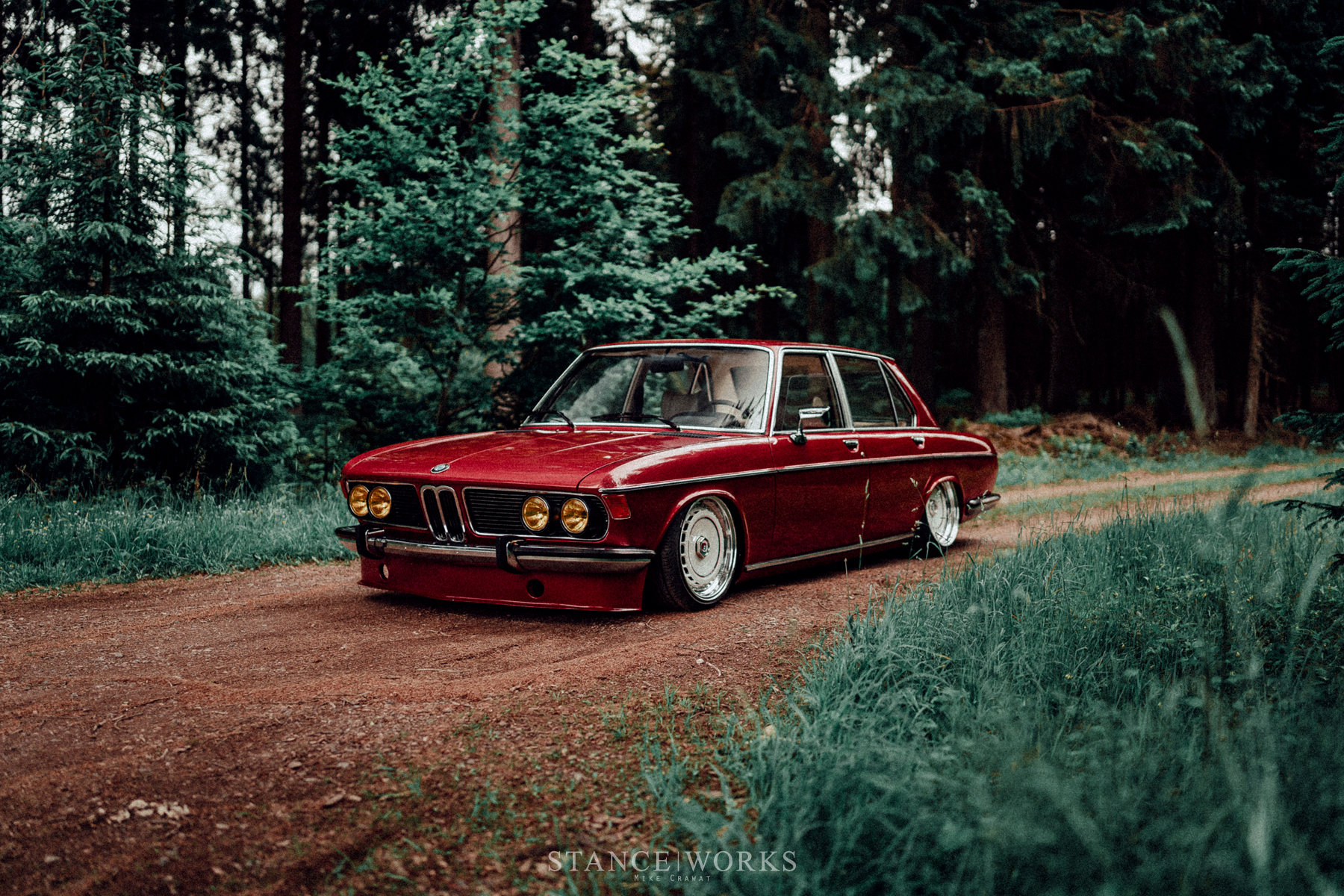 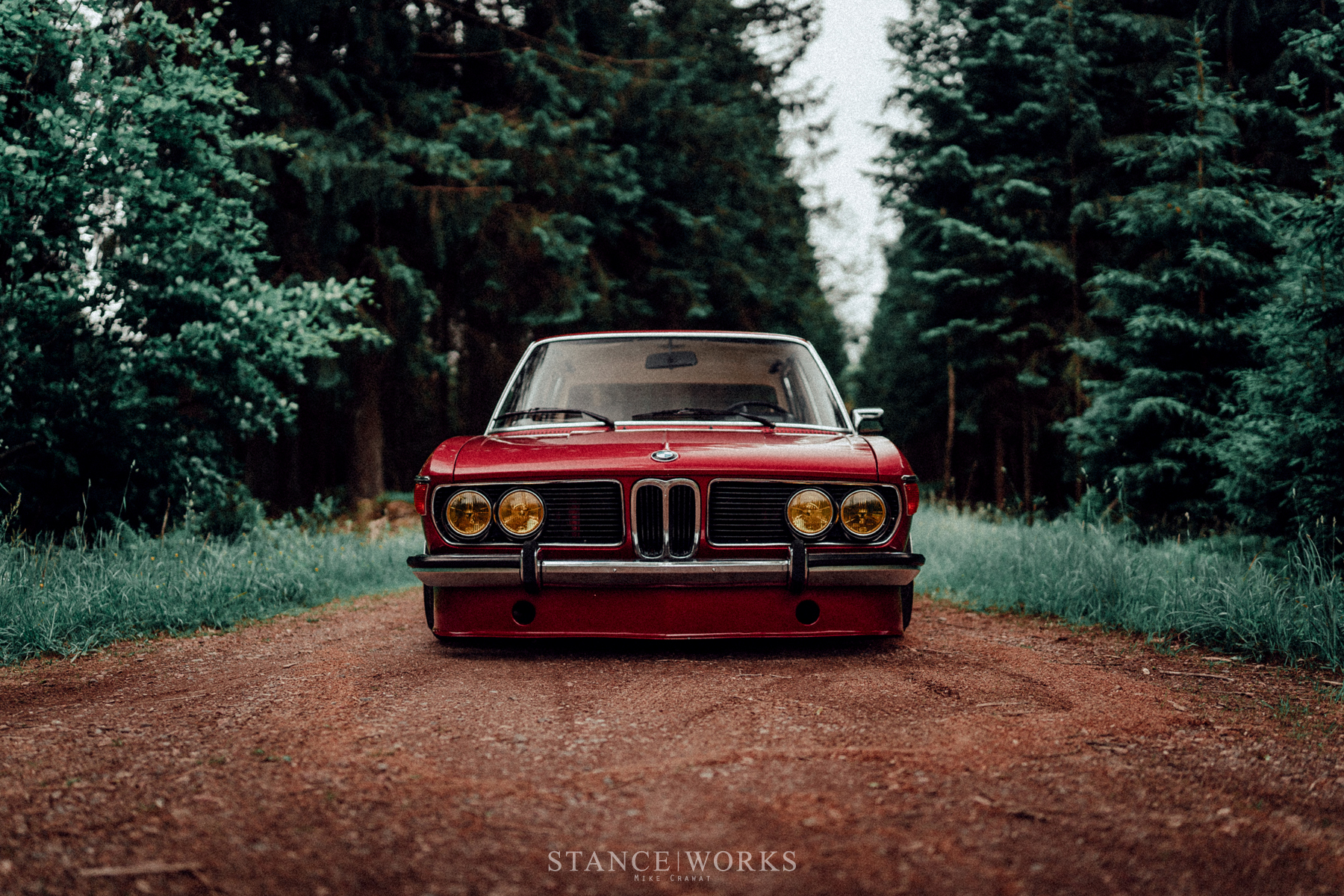 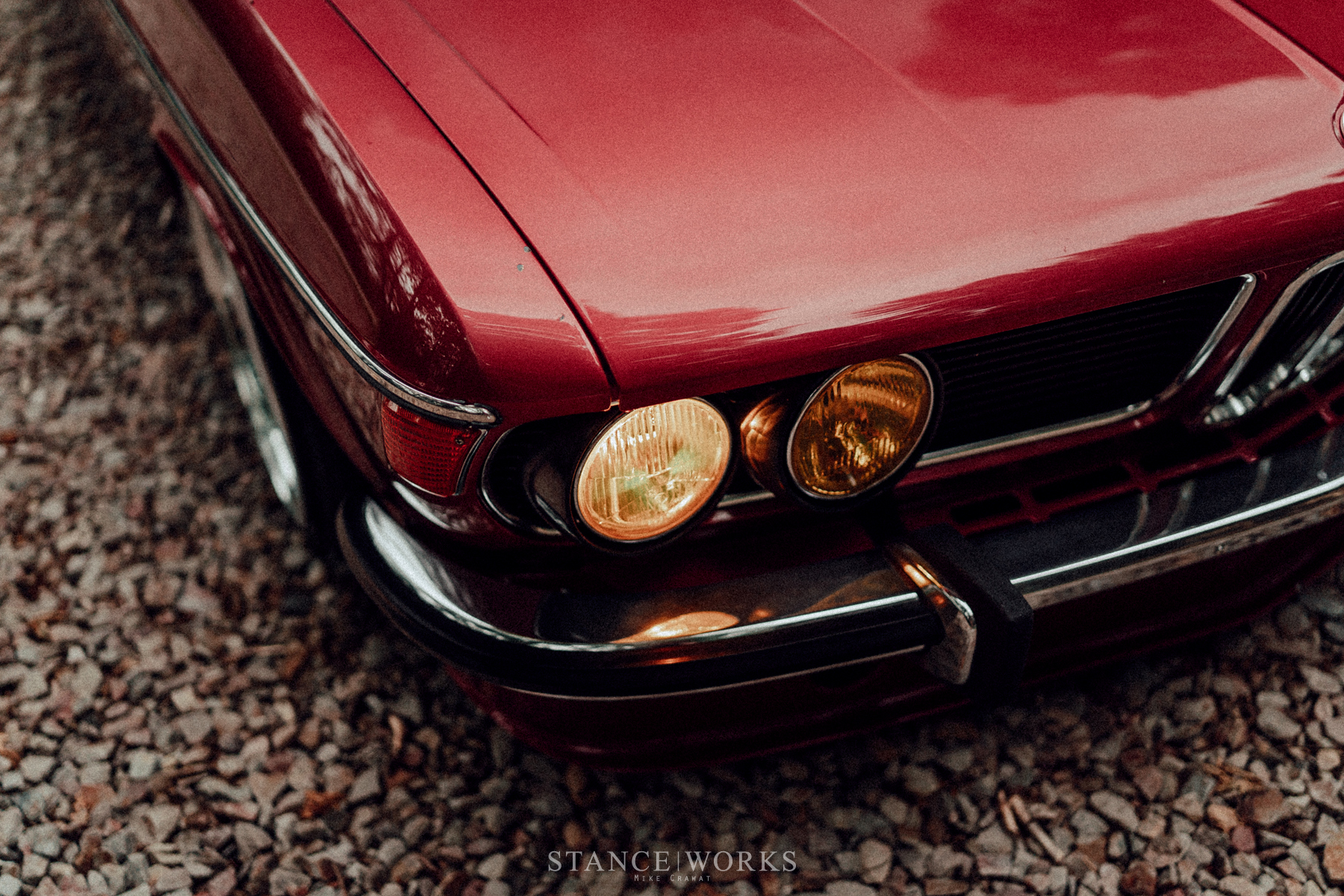 We're all guilty of over-romanticizing the cars of old, at least once, if not constantly. The driving experience can, in truth, often leave a lot to be desired. The amenities that work are few and far between. Maintenance and upkeep are often foregone once a car reaches a certain age, leaving folks like us -- those with a desire to keep vintage cars on the road -- to deal with the fallout. Despite their shortcomings, classic cars and "old timers," as the Europeans call them, are almost always viewed through rose-colored glasses. An objective approach to classics is sure to yield a different experience; one that 22-year-old Raphael Grosjean has experienced first hand. 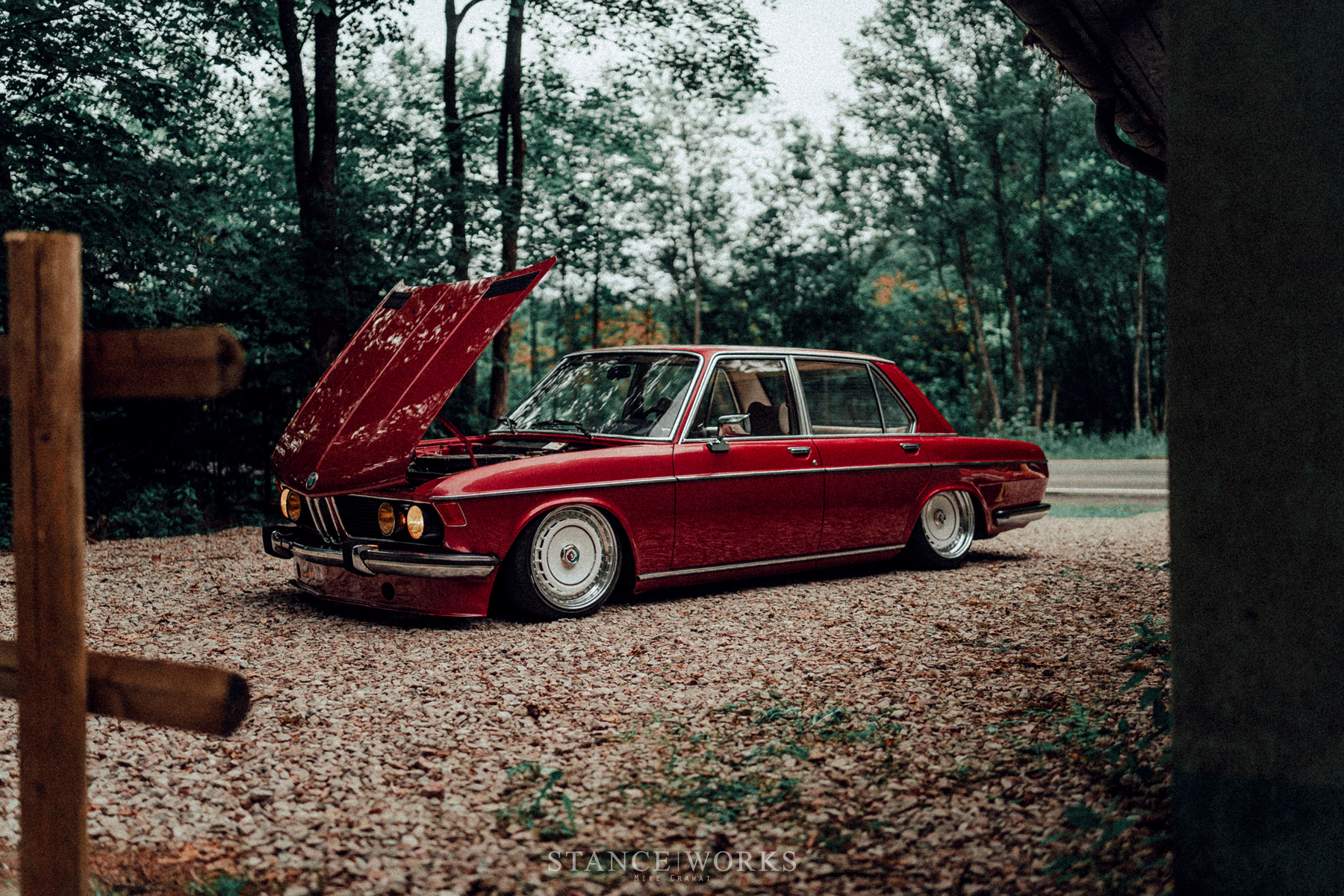 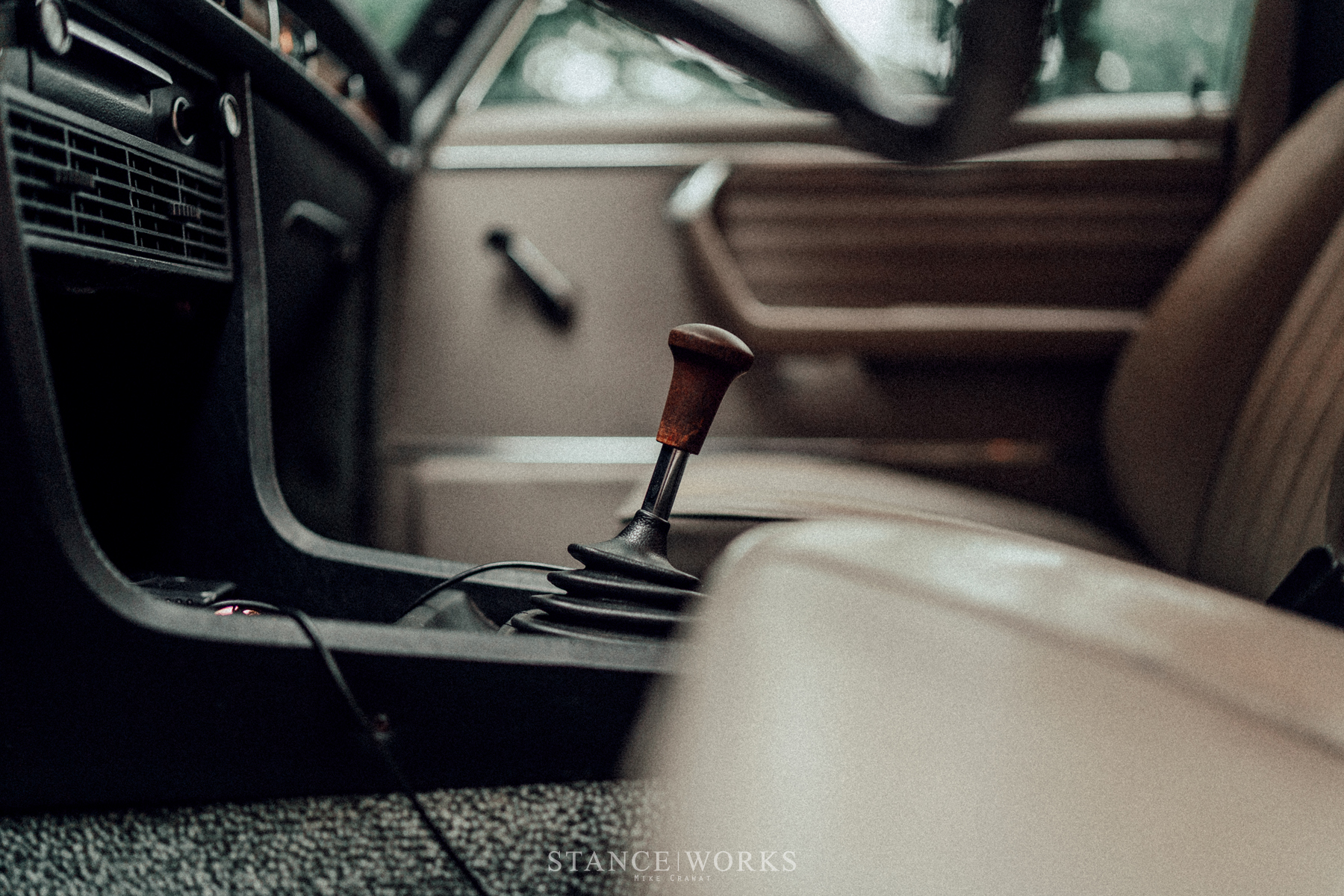 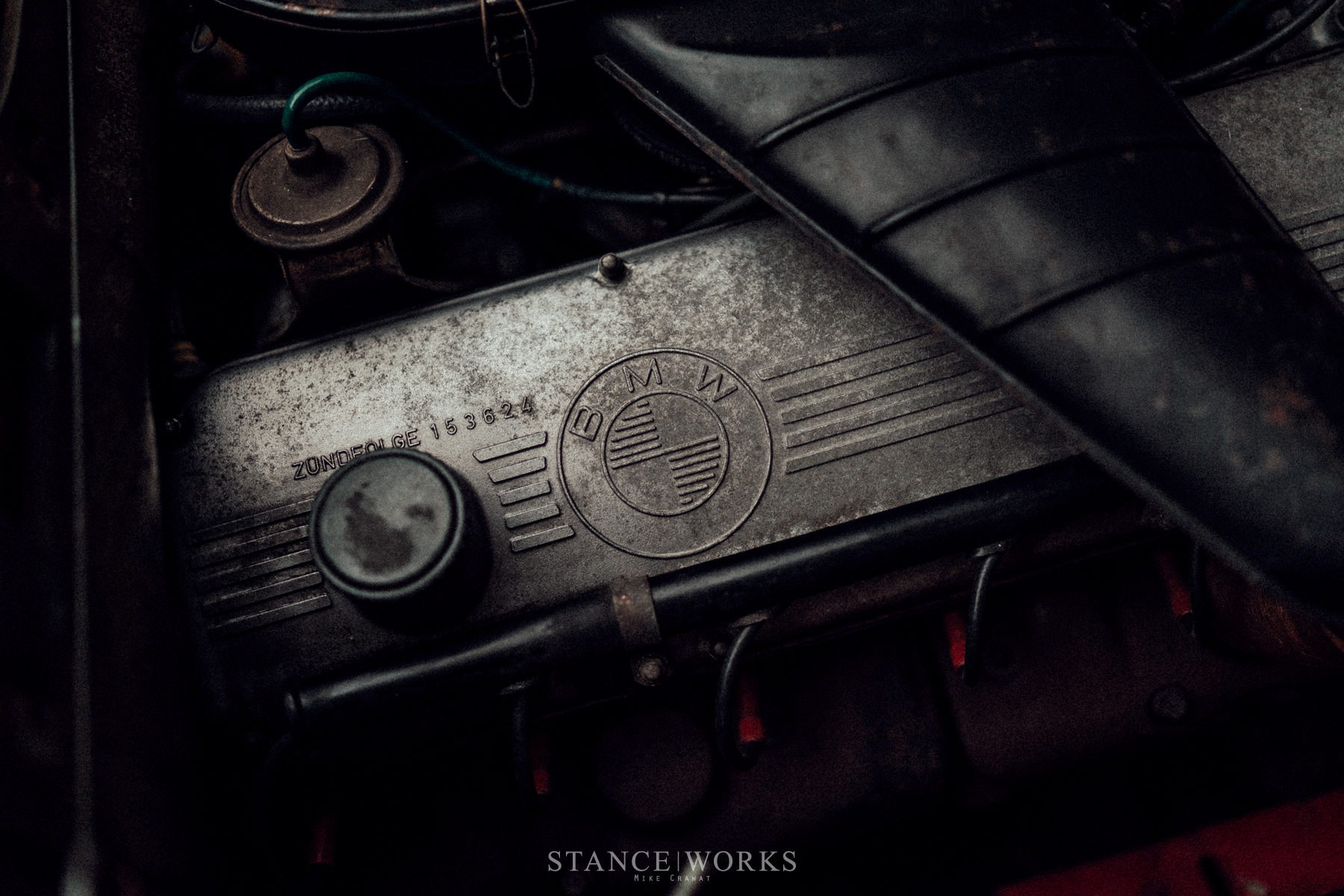 "I had only driven modern cars up to that point," says Raphael. Born and raised in Belgium, and not coming from a family immersed in classic car culture, it's not necessarily surprising to hear; however, it's unexpected, coming from the owner of a gorgeous E3, known as the "Bavaria" stateside. "The first impression was not so intoxicating," he admits, with regard to driving the E3 for the first time. 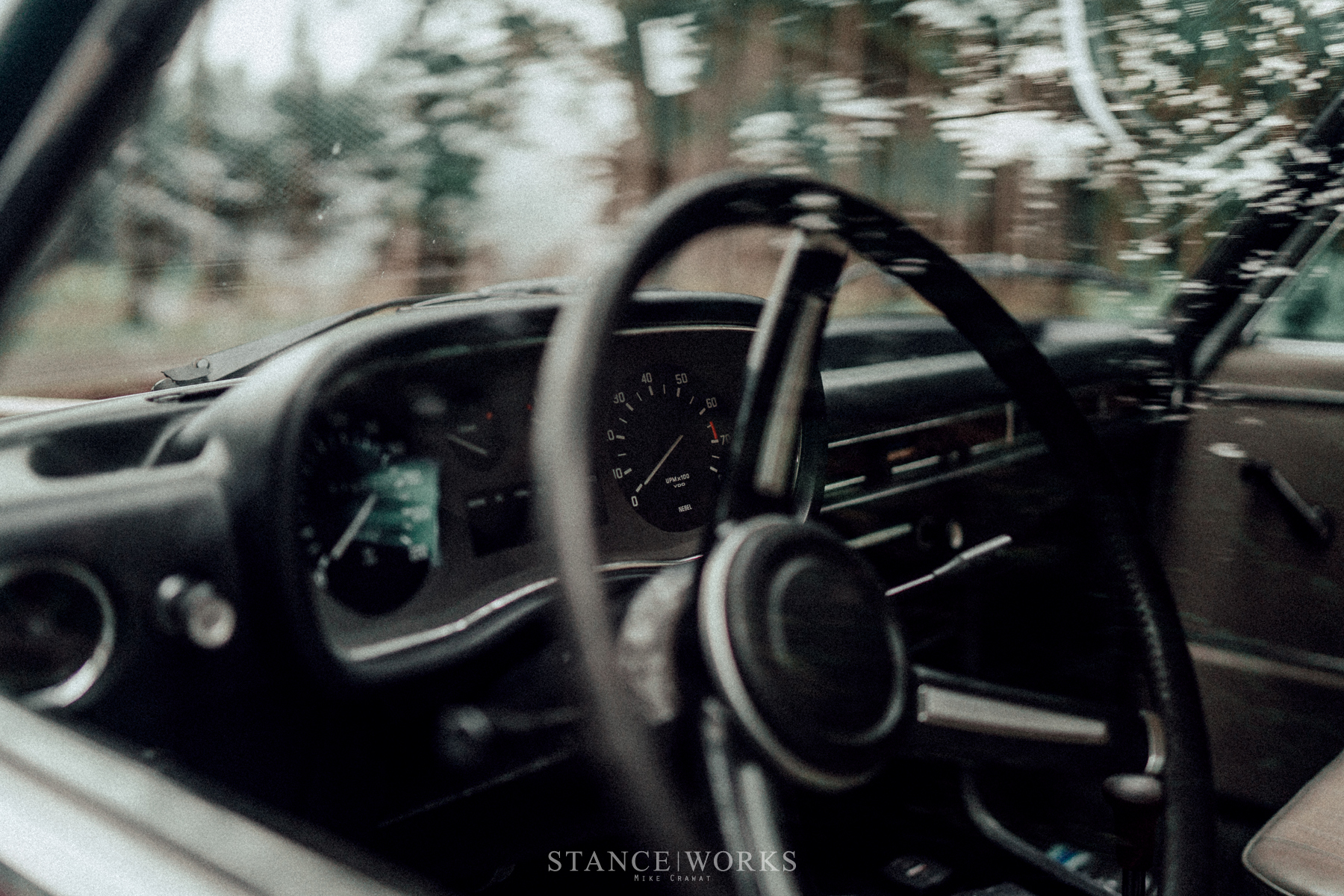 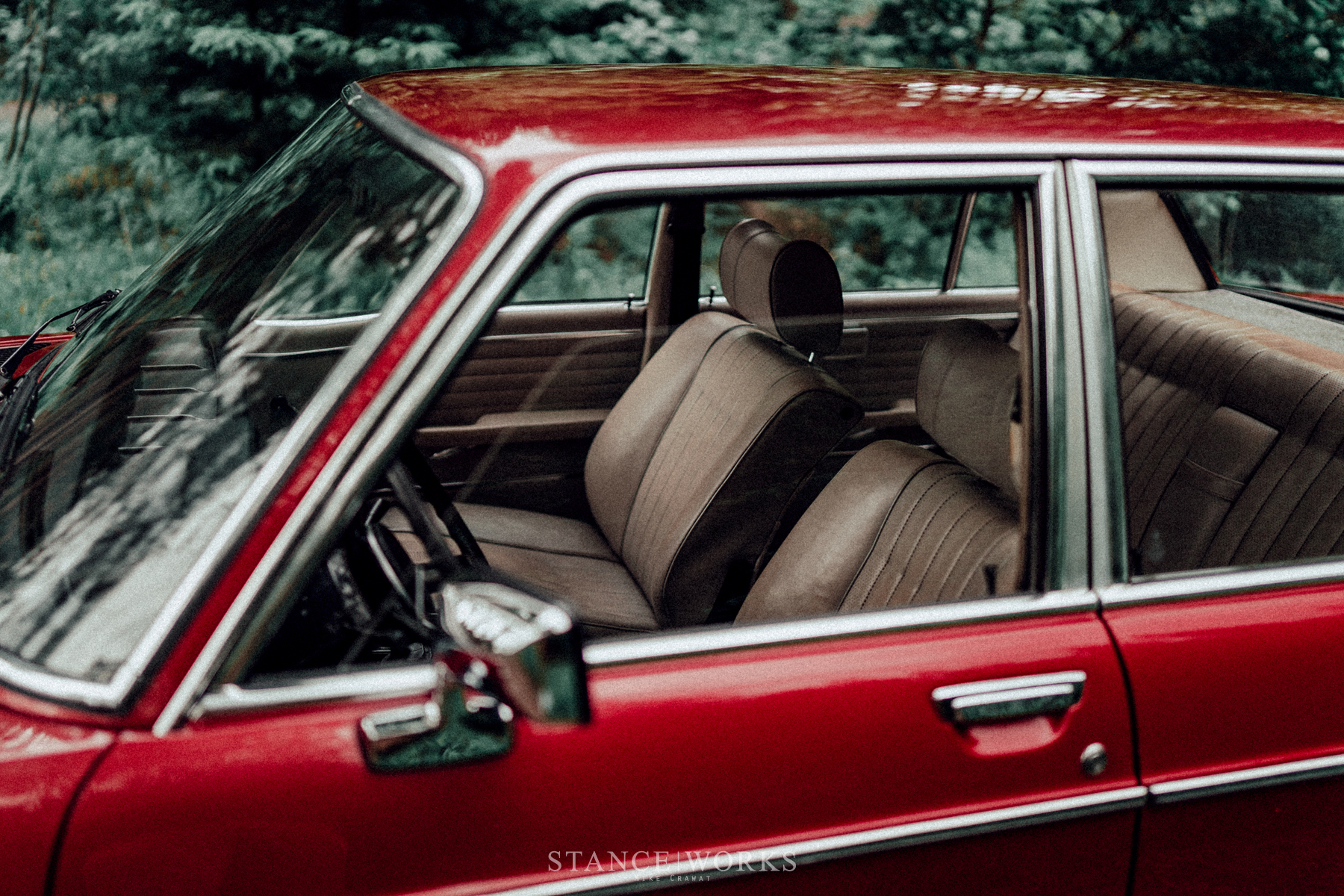 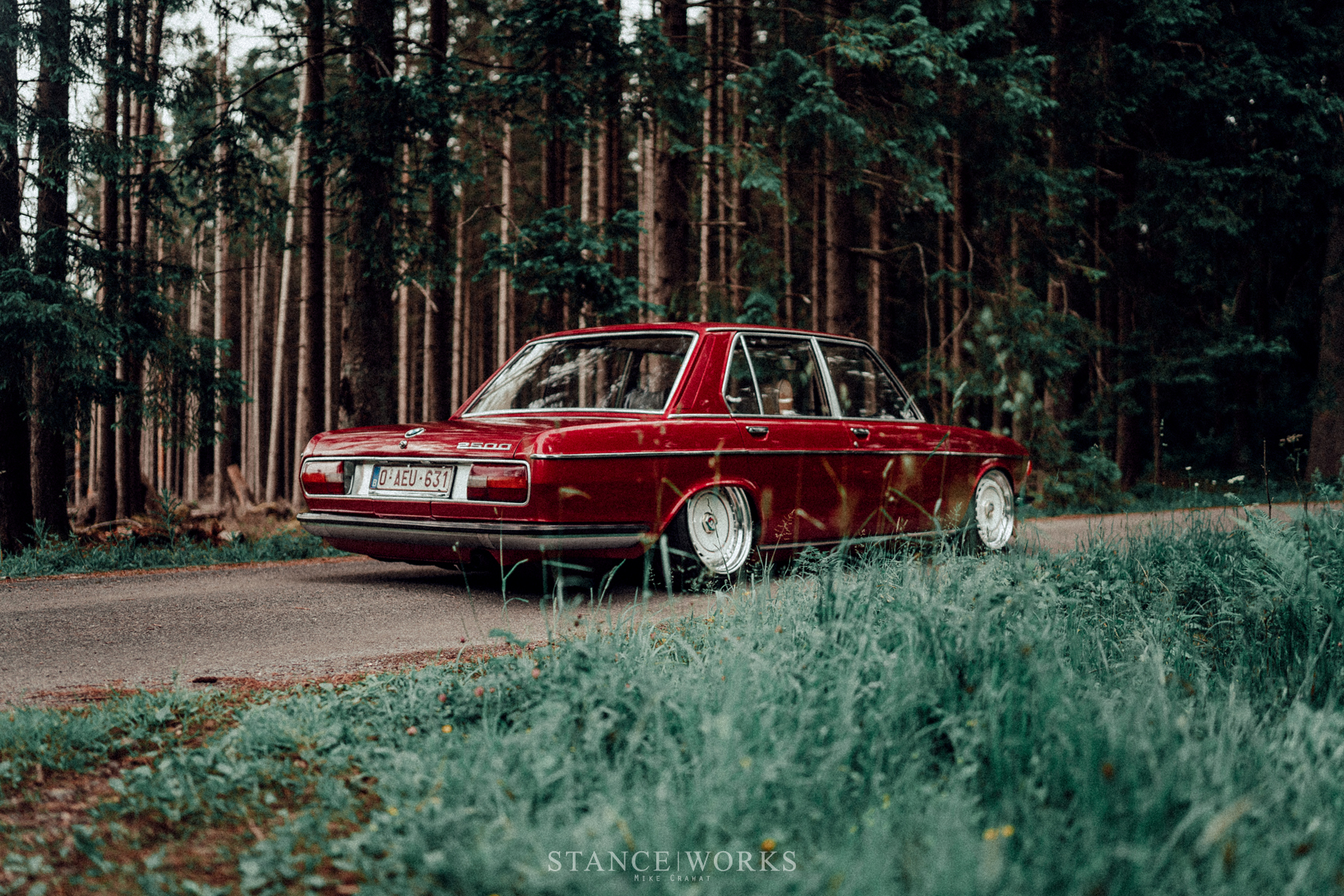 In fact, he approached the build as a whole without a plan. "The rough vision developed during the test drive," Raphael explains, revealing the truth that prior to seeing the E3 itself, he had neither a connection nor affinity for the BMW marque. He simply came across the car in a Facebook classified ad, as part of a collection looking to downsize. He fell in love immediately, though, and went to see the car the very same day he found it. The following day, he returned to buy the car, and it was the drive home that changed him forever. "I felt as if I was engulfed in another world." 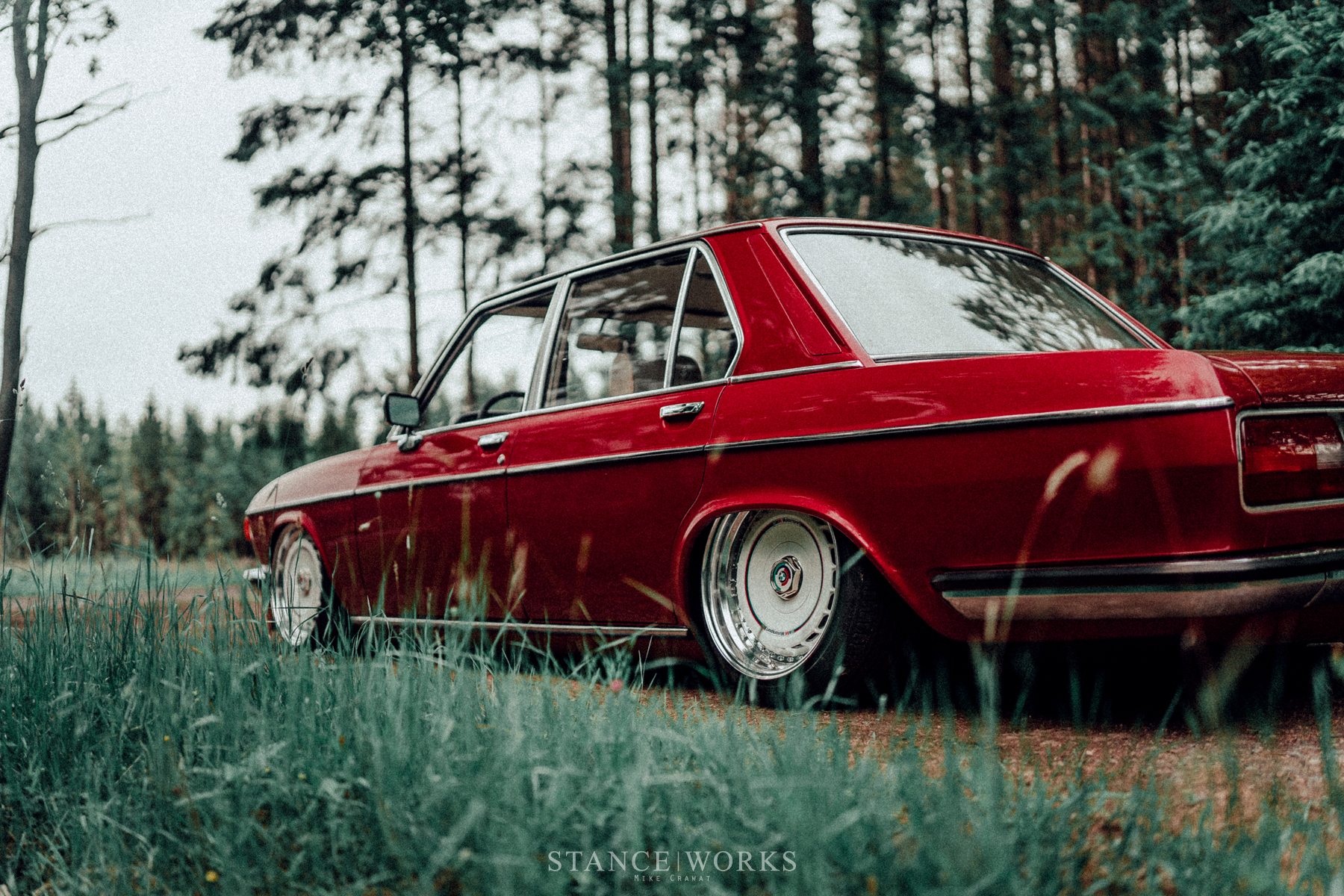 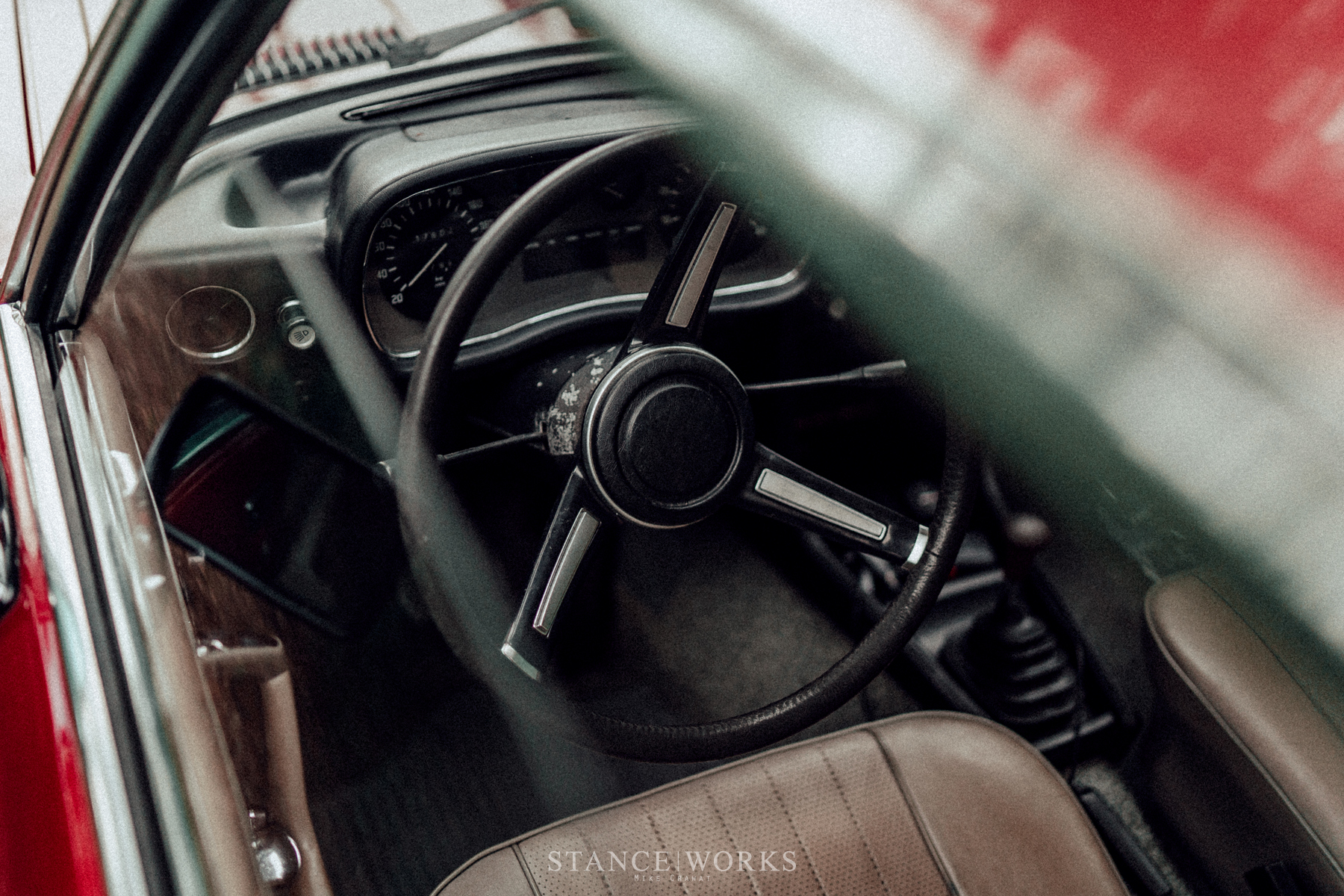 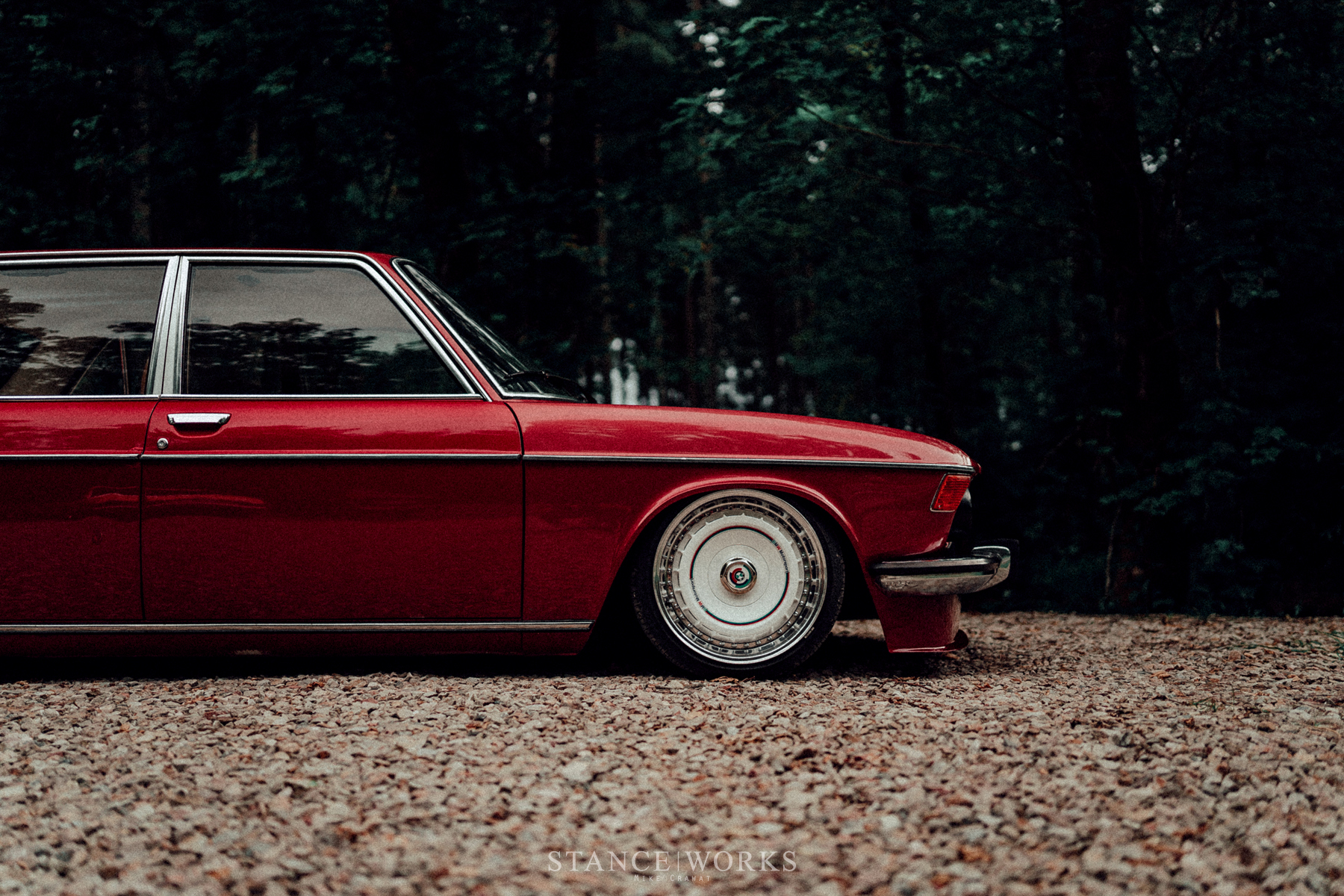 The specs of the car are simple: a 2.5-liter inline six produced 150 horsepower  through a pair of twin carbs, and send the power to the rear wheels: a fantastic combo that is, in many ways, a key to BMW's success through the '60s and '70s. 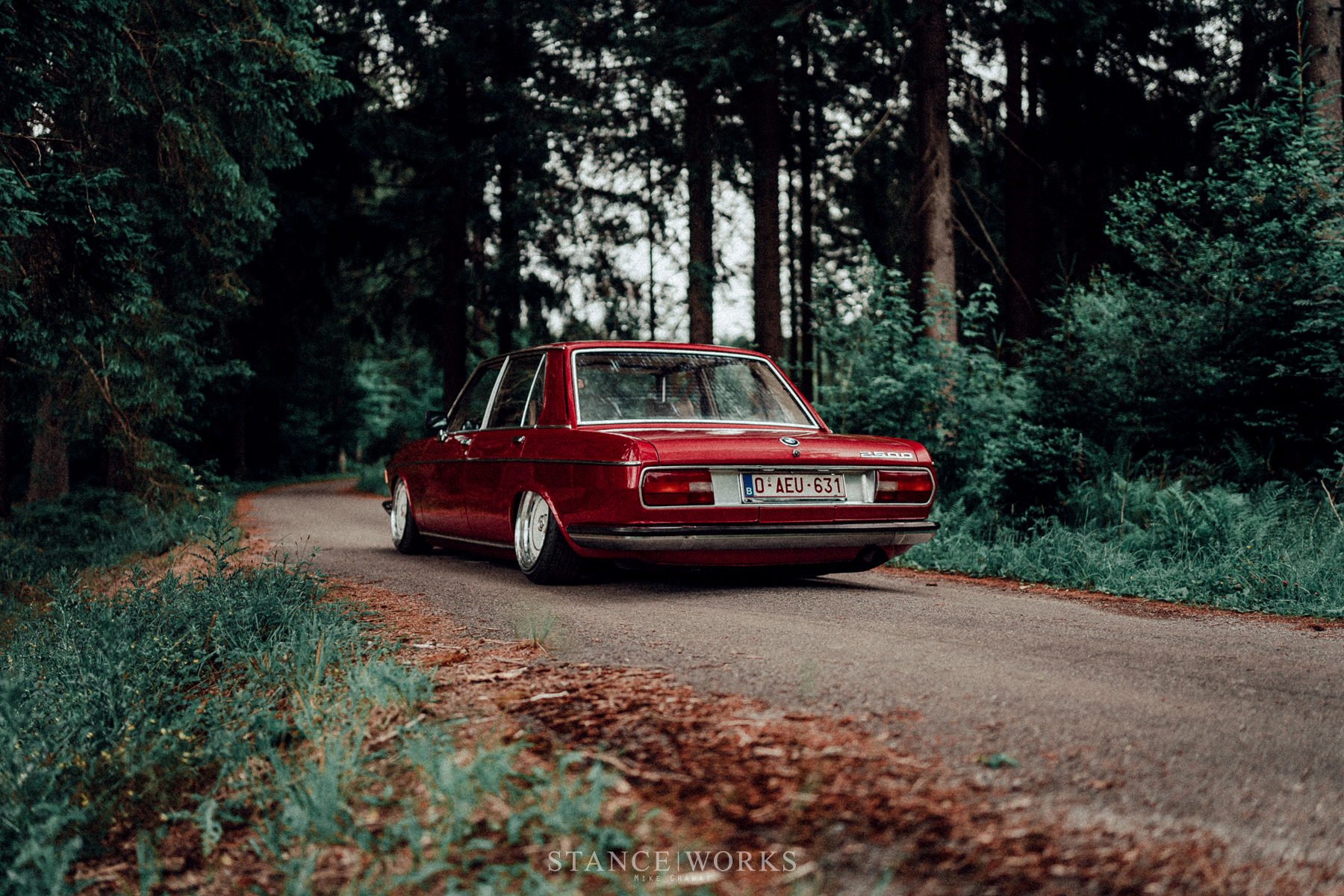 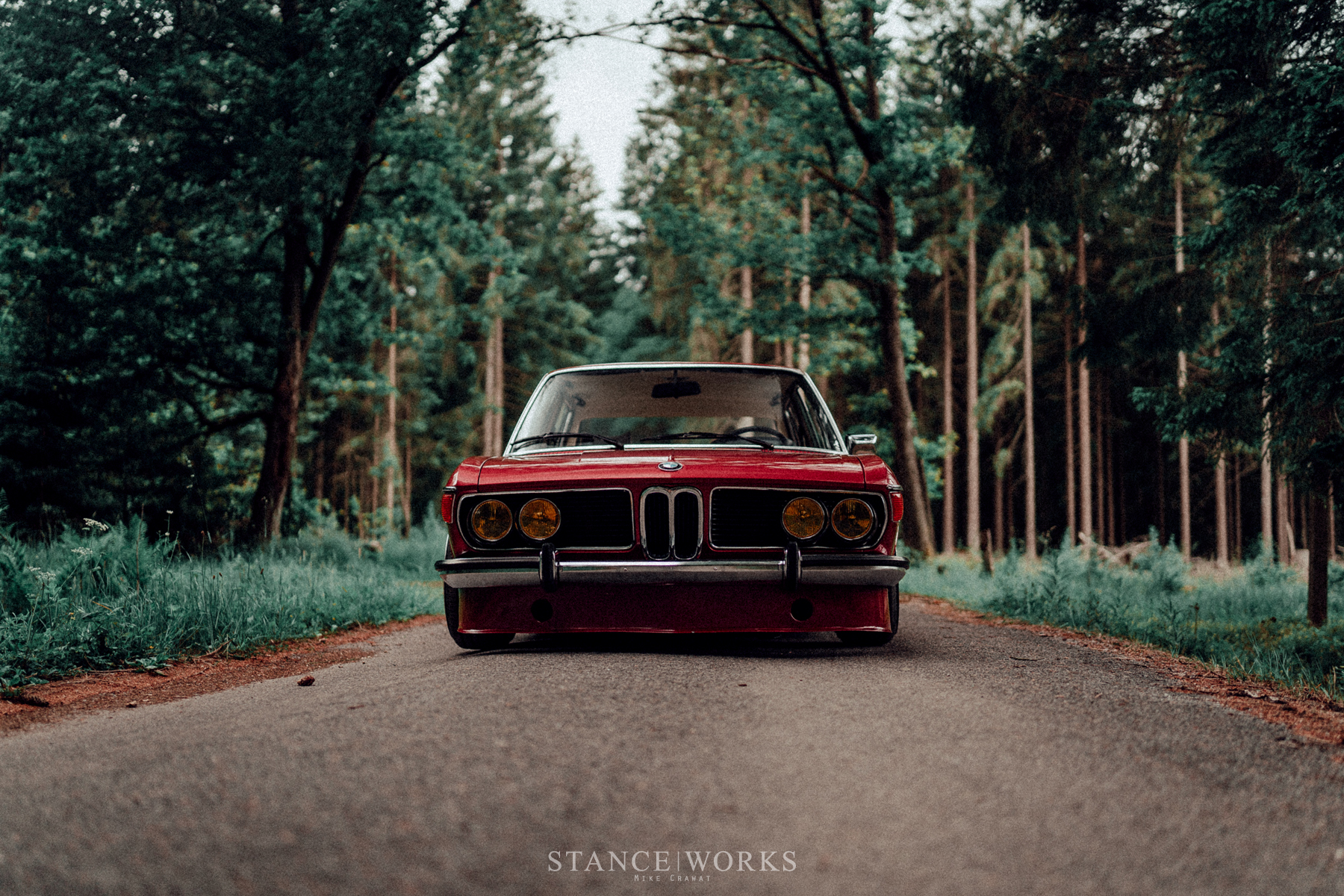 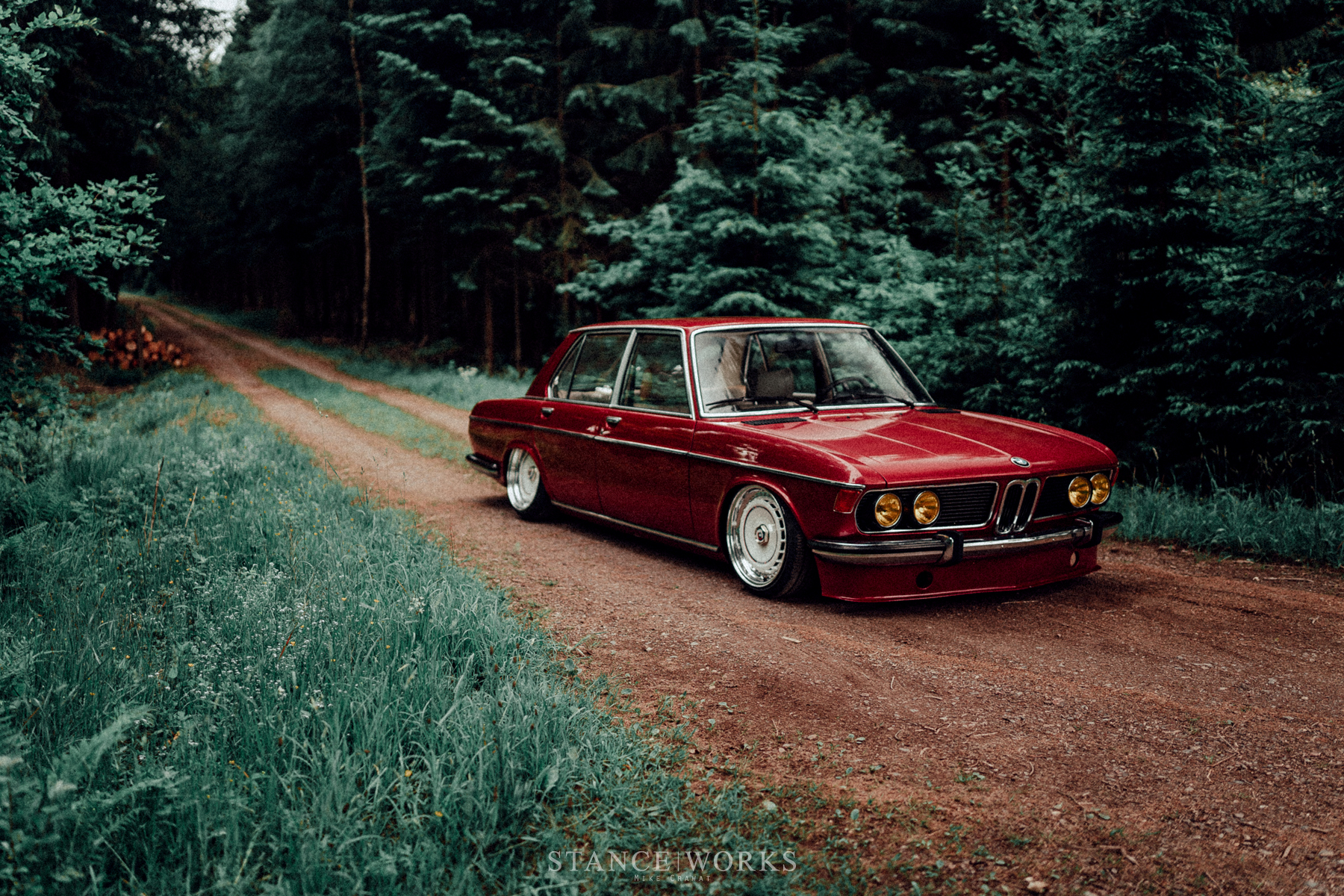 Shortly after acquiring the car, Raphael dove in head-first to build the car he imagined in his head. After seeing WCP's Bagged Bavaria, featured in January of 2019, Raphael knew he wanted to bag the car, and fittingly turned to WCP for help. The team at WCP, in turn, produced a one-off set of air struts for the car, allowing it to lay out just as their shop car does. Raphael turned to Air Lift Performance's 3P pressure-based management system for the control side of the equation. With its simple-to-implement nature, the Air Lift Performance management systems are suitable for quite literally any air suspension system or install on Terra Firma. 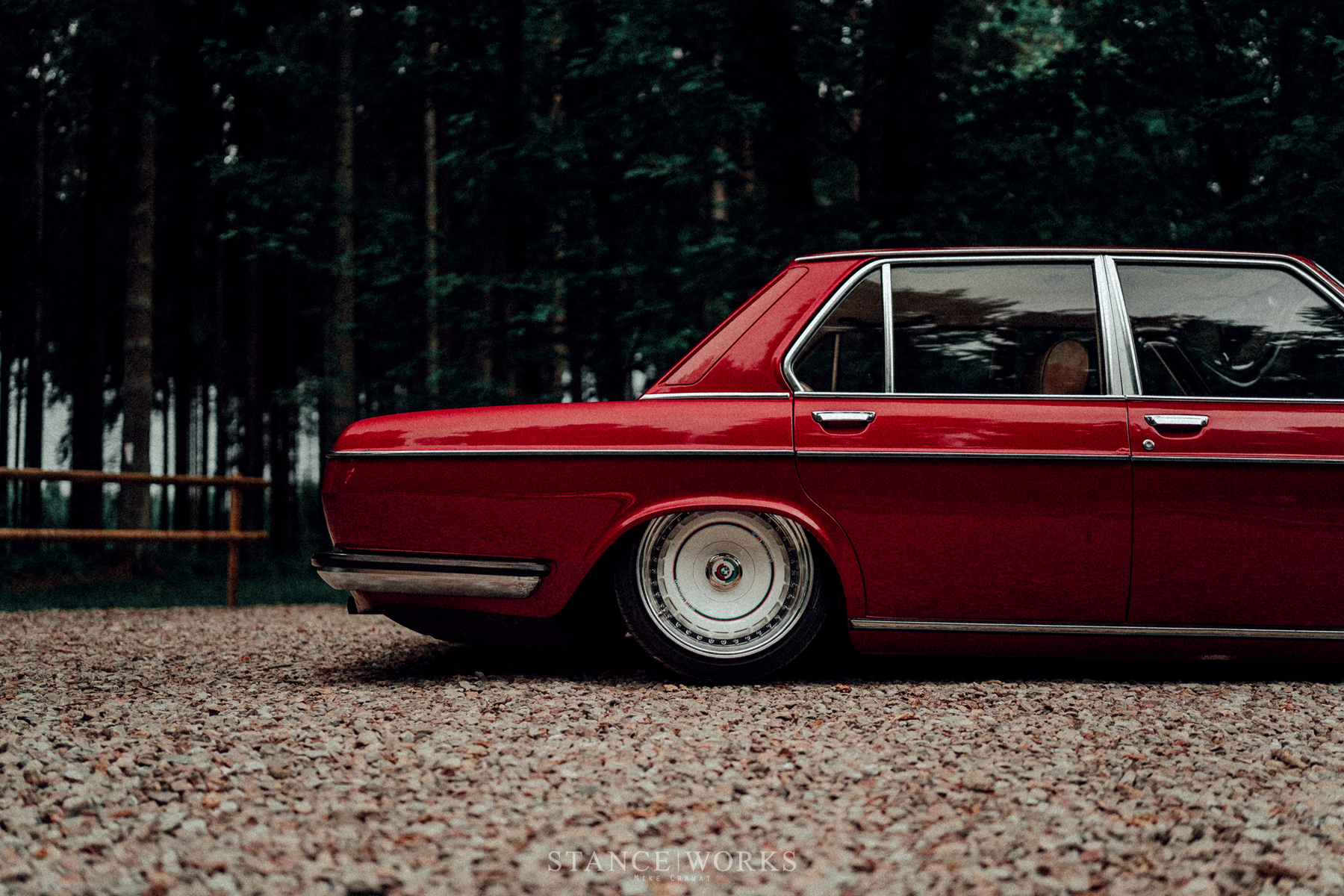 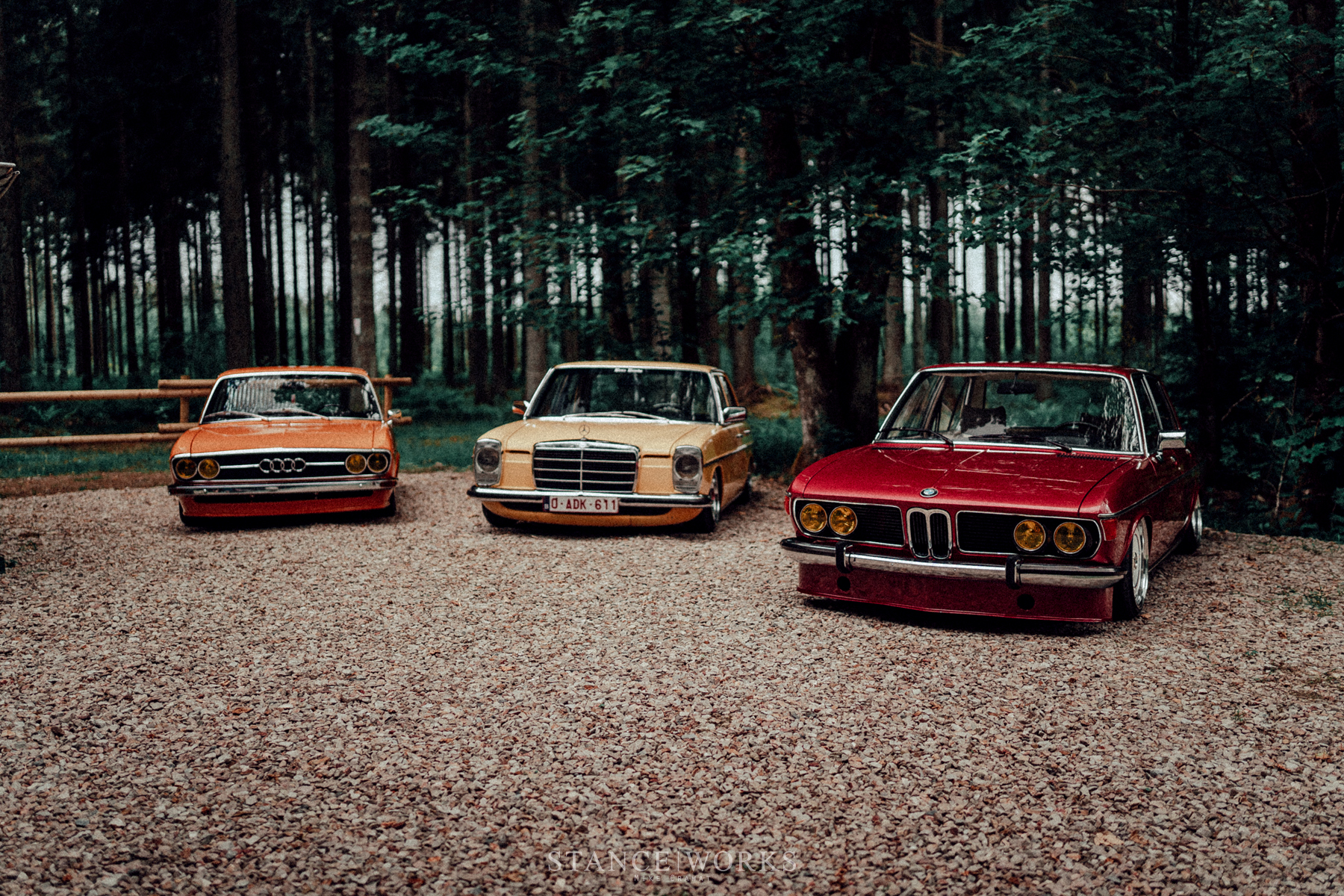 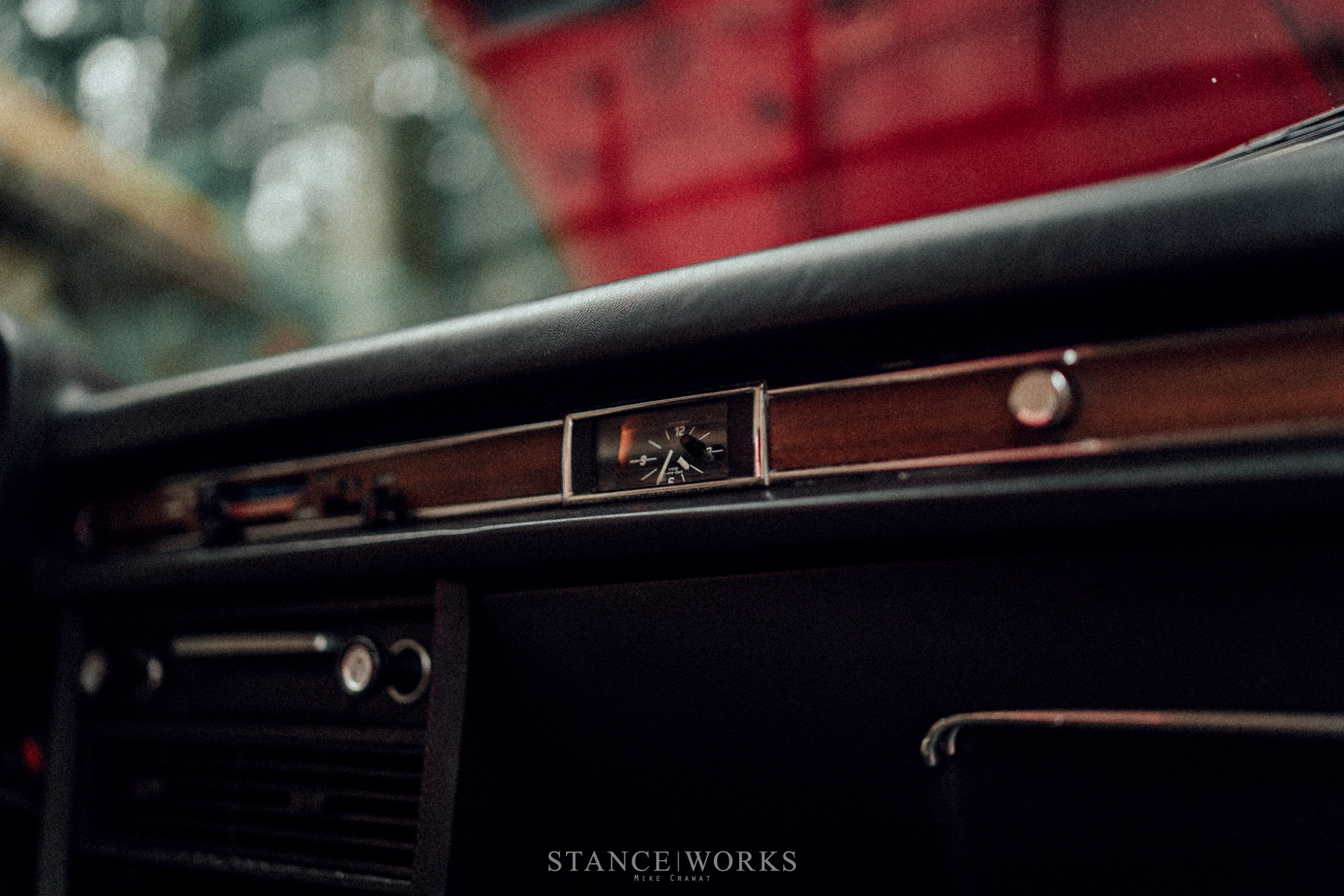 For the wheel side of the equation, Raphael has sourced a set of one-off classic 7-series bottle caps, which have been converted to 3-piece with custom hardware. The shape and style of the original bottle-cap wheels takes on a whole new look, embracing a bit of "turbo" styling, furthered by white paint and custom BMW Motorsport striping on the centers. The 3-piece conversion has the wheels looking rather sporty, and with custom dimensions measuring out to 8.5 in the front and 9.5 in the rear, they fill the arches rather well. As a truly unique set of wheels, it's unlikely that Raphael will see a car on another set, helping to make the E3 stand out on its own. 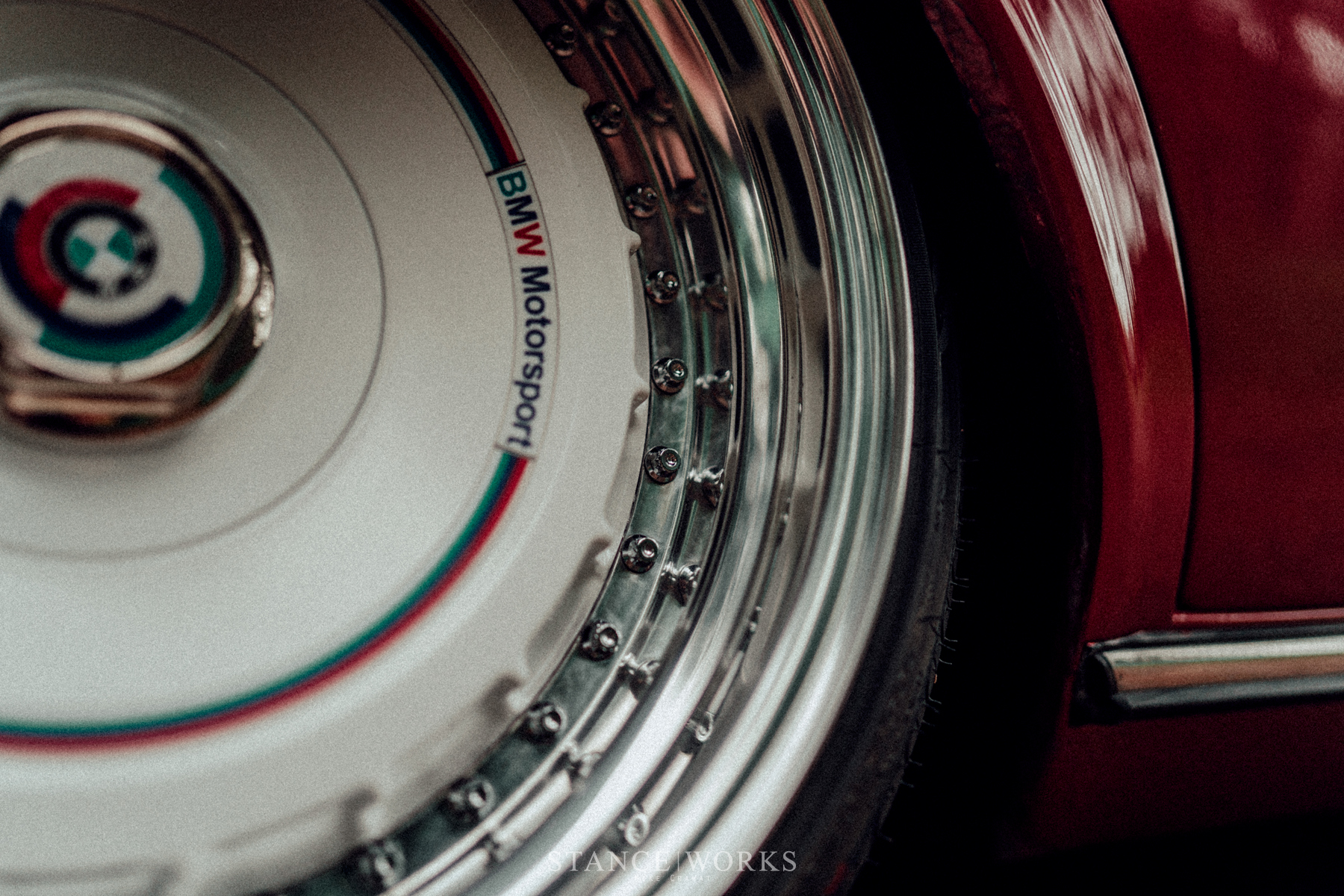 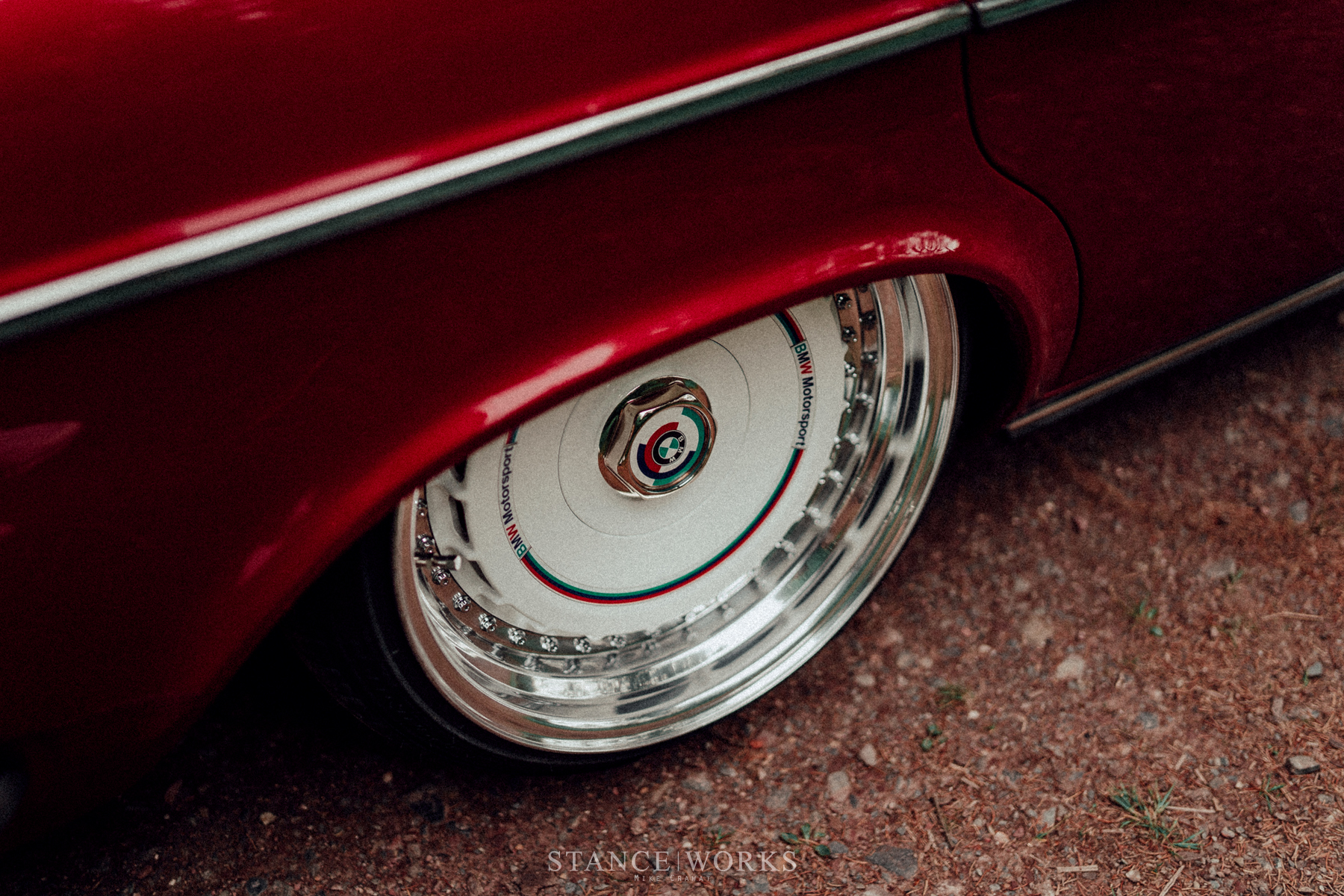 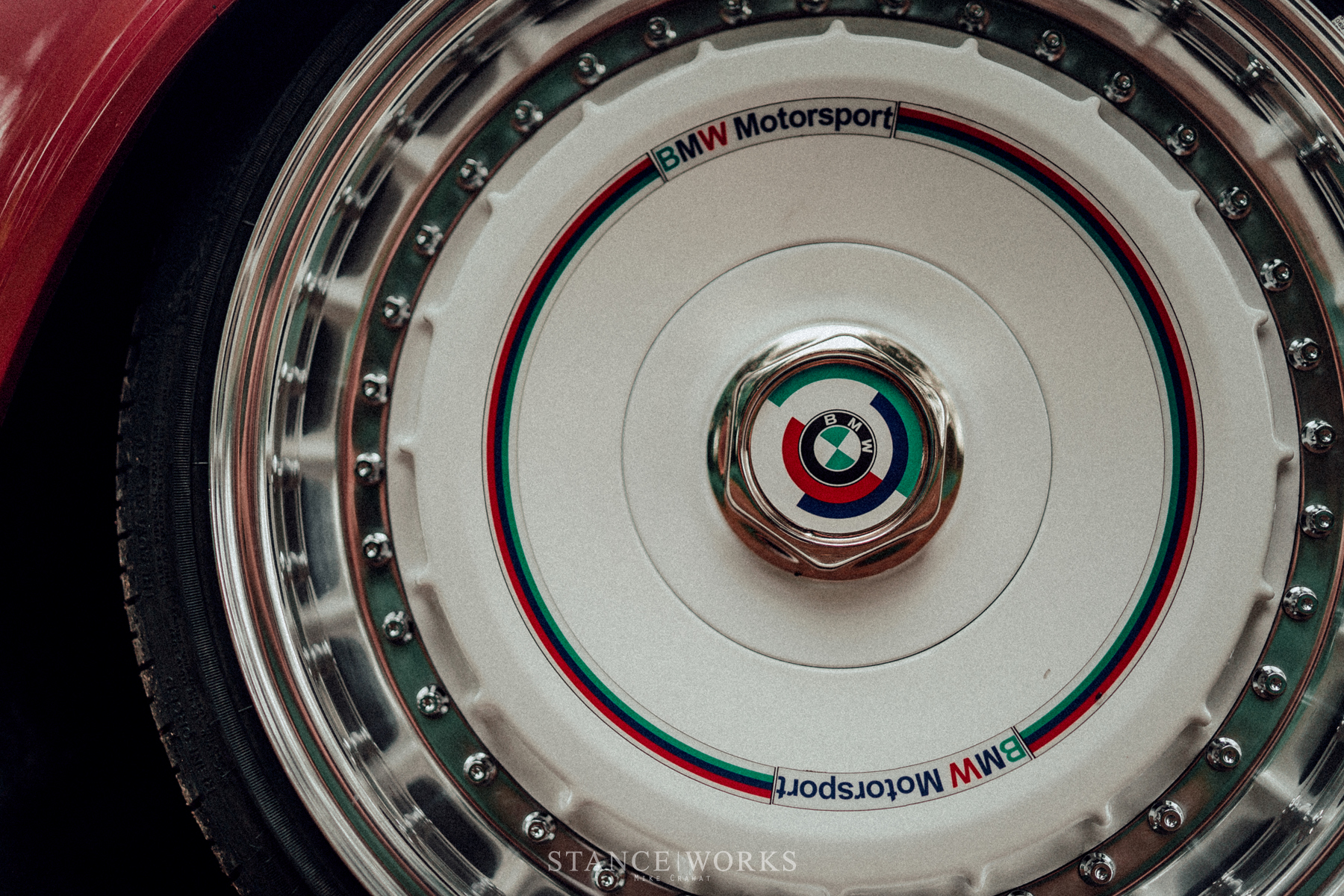 A respray of the original Ruby red paint has the car looking refreshed, and the original tan interior wears its age well and its color even better against the crimson exterior of the car. Raphael put in extensive work to bring the leather's color back to life, as a previous owner painted the upholstery in the car in an effort to change the look. While far from perfect, it's all original, and fits the car's overall presence rather well. 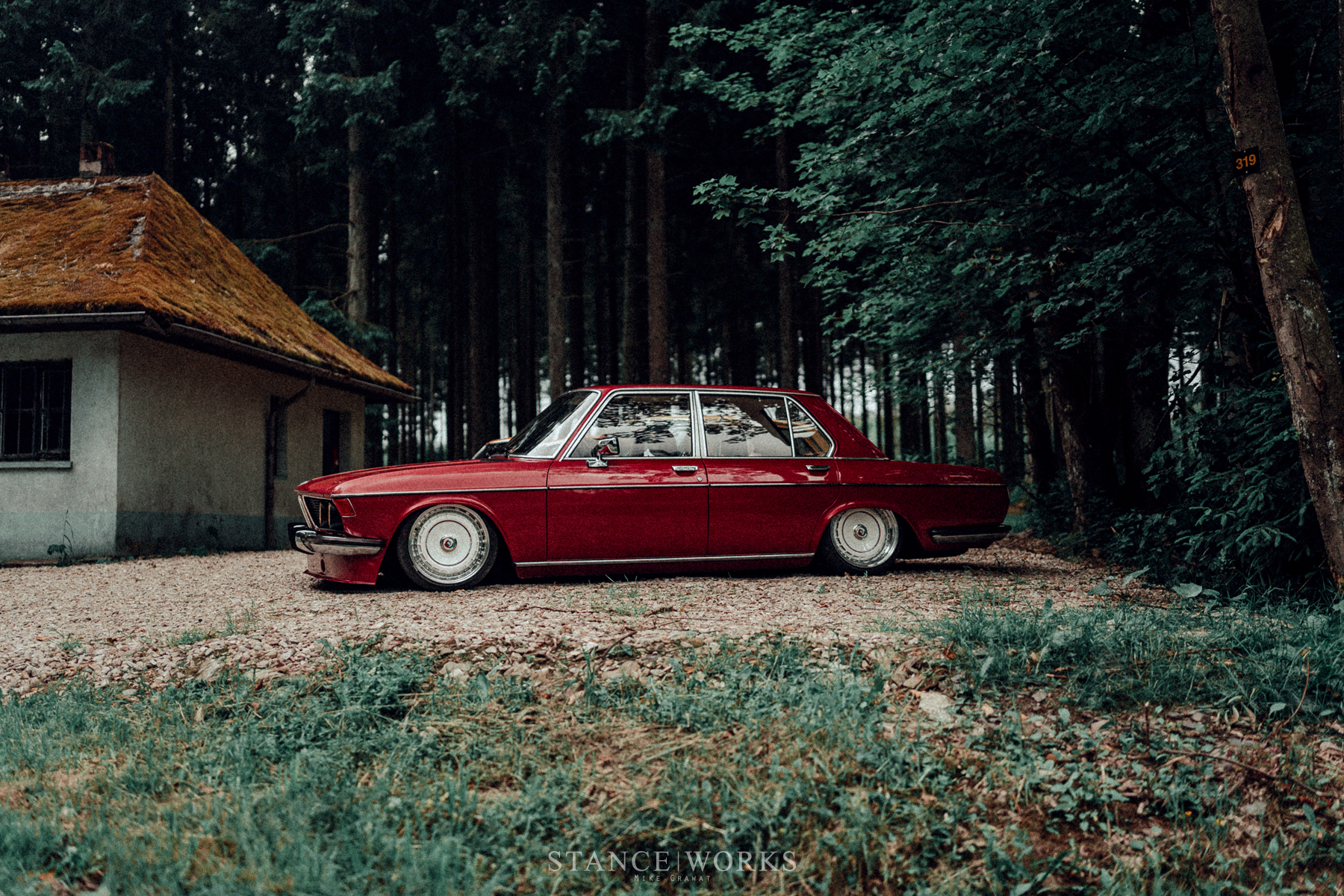 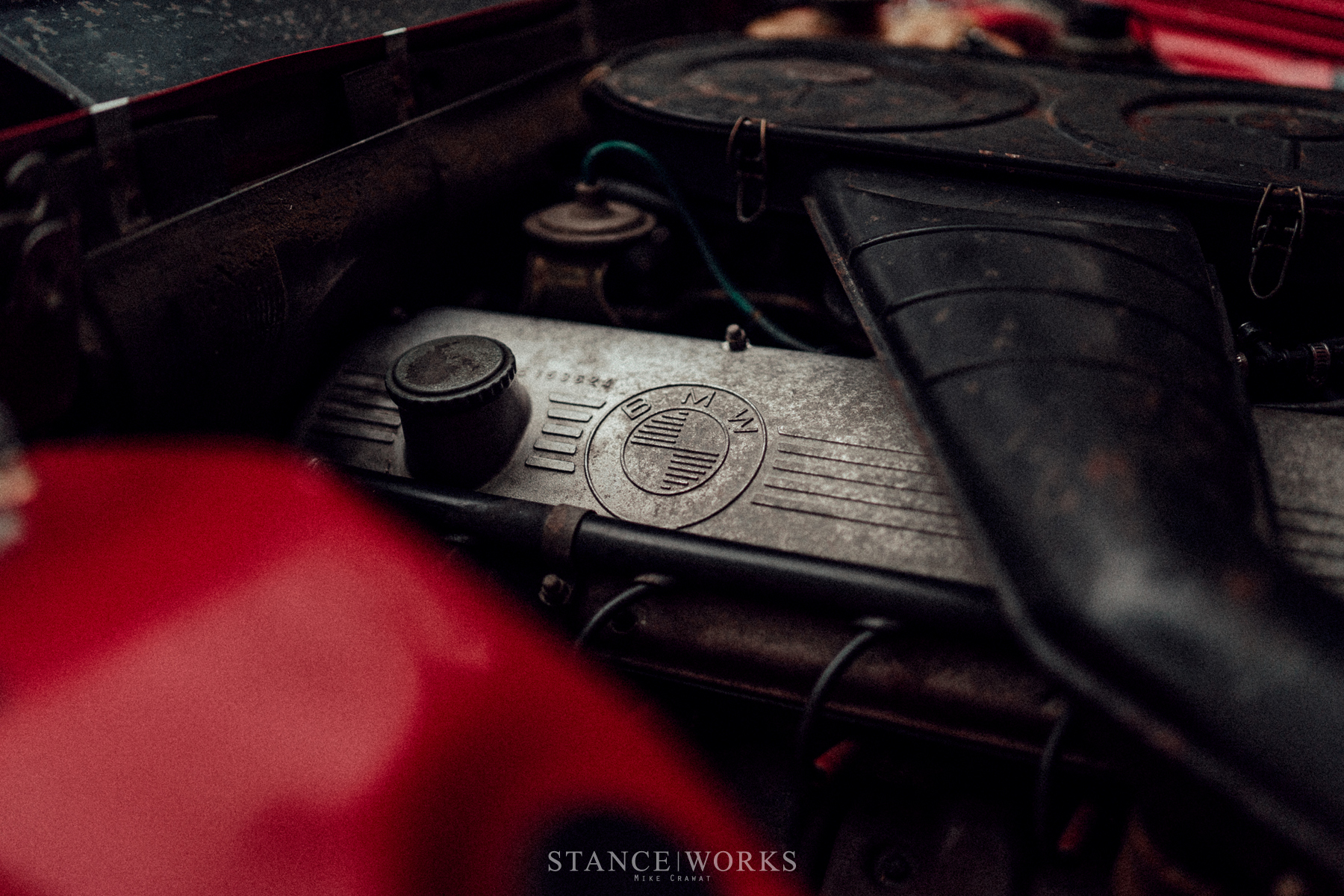 Exterior mods are largely subtleties, although an OEM set of French yellow headlamps looks lovely against the exterior hue of the sedan. An E9 CSi front lip fits well onto the car, too, helping to bring the fascia level with the rockers and closer to the ground. 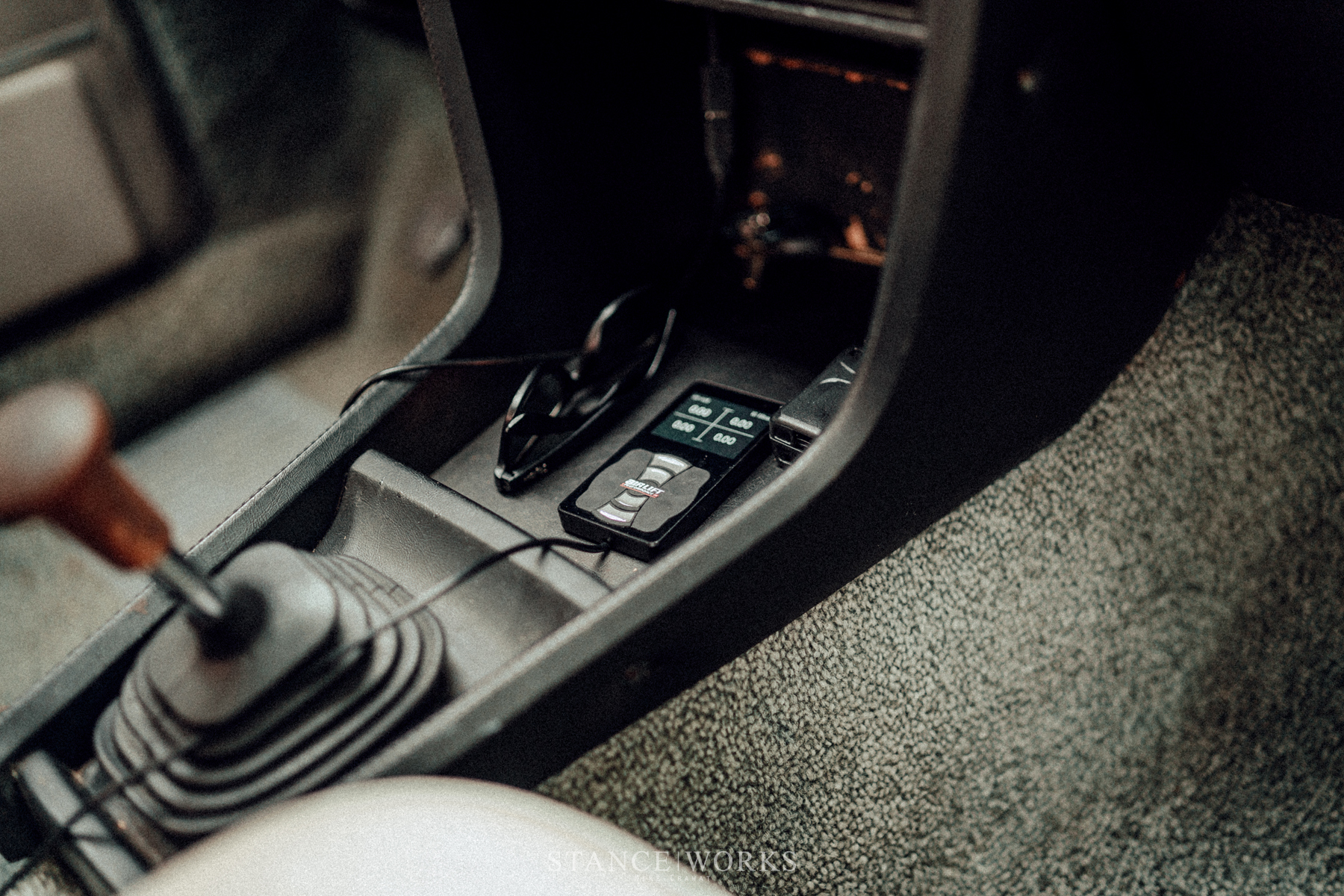 Raphael's further plans are grand in scale, and include a complete interior reupholstery, a weber carb conversion and engine rebuild, and a better respray in the future. We're eager to see it continue to grow and evolve, but as it stands, it's one we wouldn't want to miss. 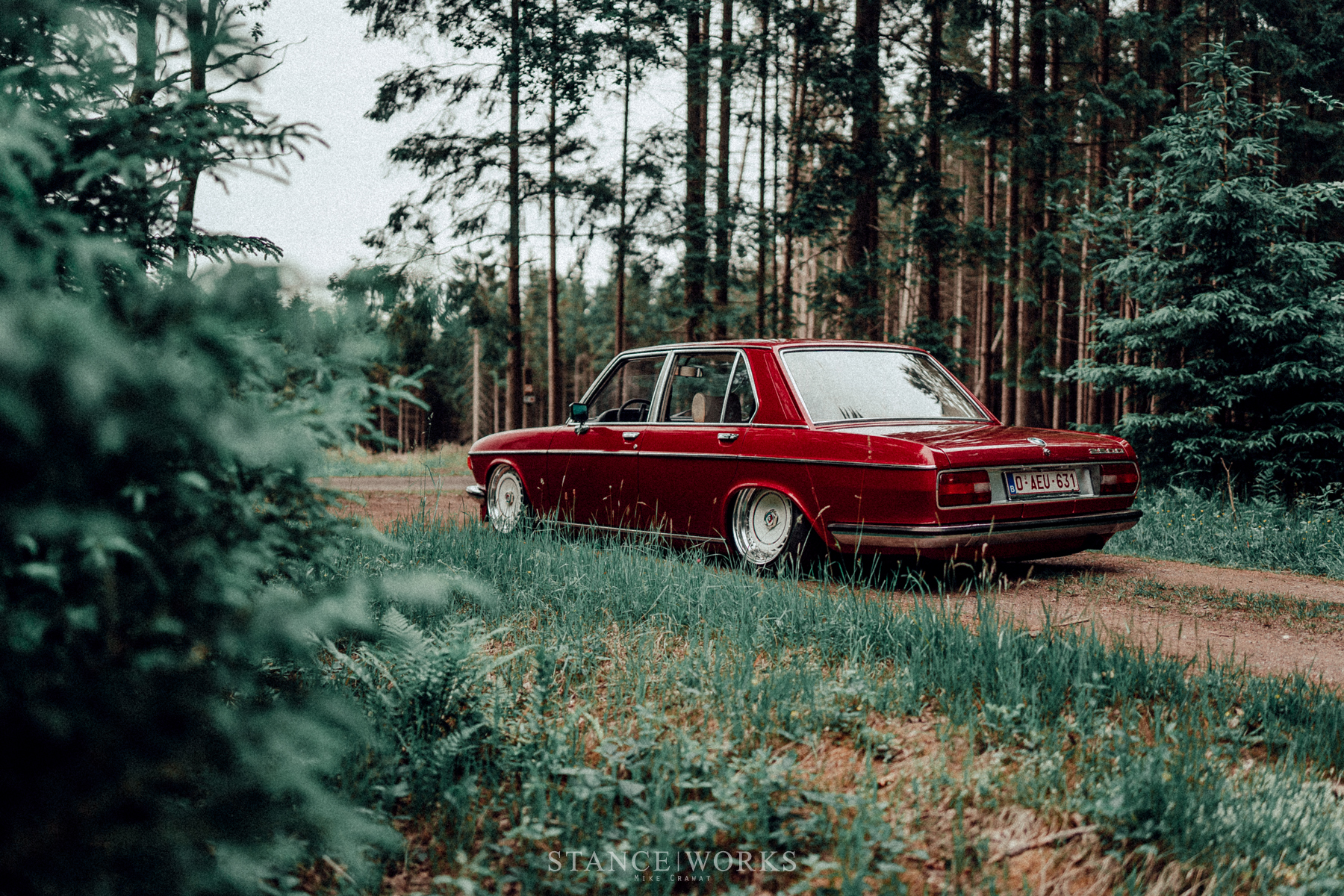