Despite having only been produced for three years, the DeLorean DMC-12 is undeniably an American Icon. It's an instantly-recognizable piece of pop culture, and for better or worse, it owes it all to Doc Brown and his time machine. You know the one. While the DeLorean Motor Company has an interesting history of its own, its trivial at best in comparison to the history solidified by Christopher Lloyd and Michael J. Fox. Our friend Ash Thorp of Alt-C (whom you may remember from 2018's "Hellion" feature), has approached the icon with a different mindset. "This isn't just a movie prop," he claims. In his eyes, the DMC-12 is rich with potential, and in this case, he's taken it to the limit, penning a car built to attack the clock in a way John DeLorean never imagined. 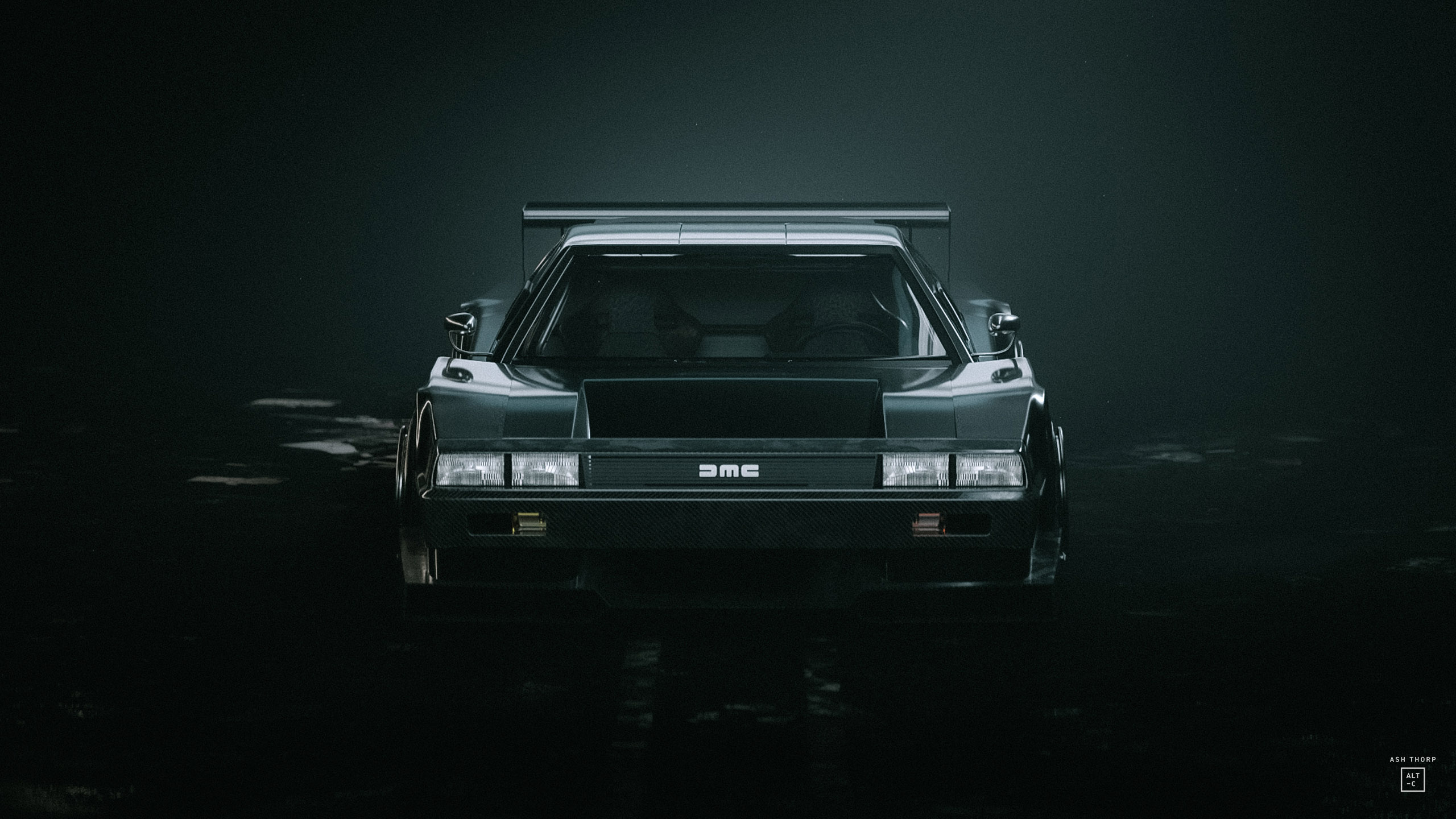 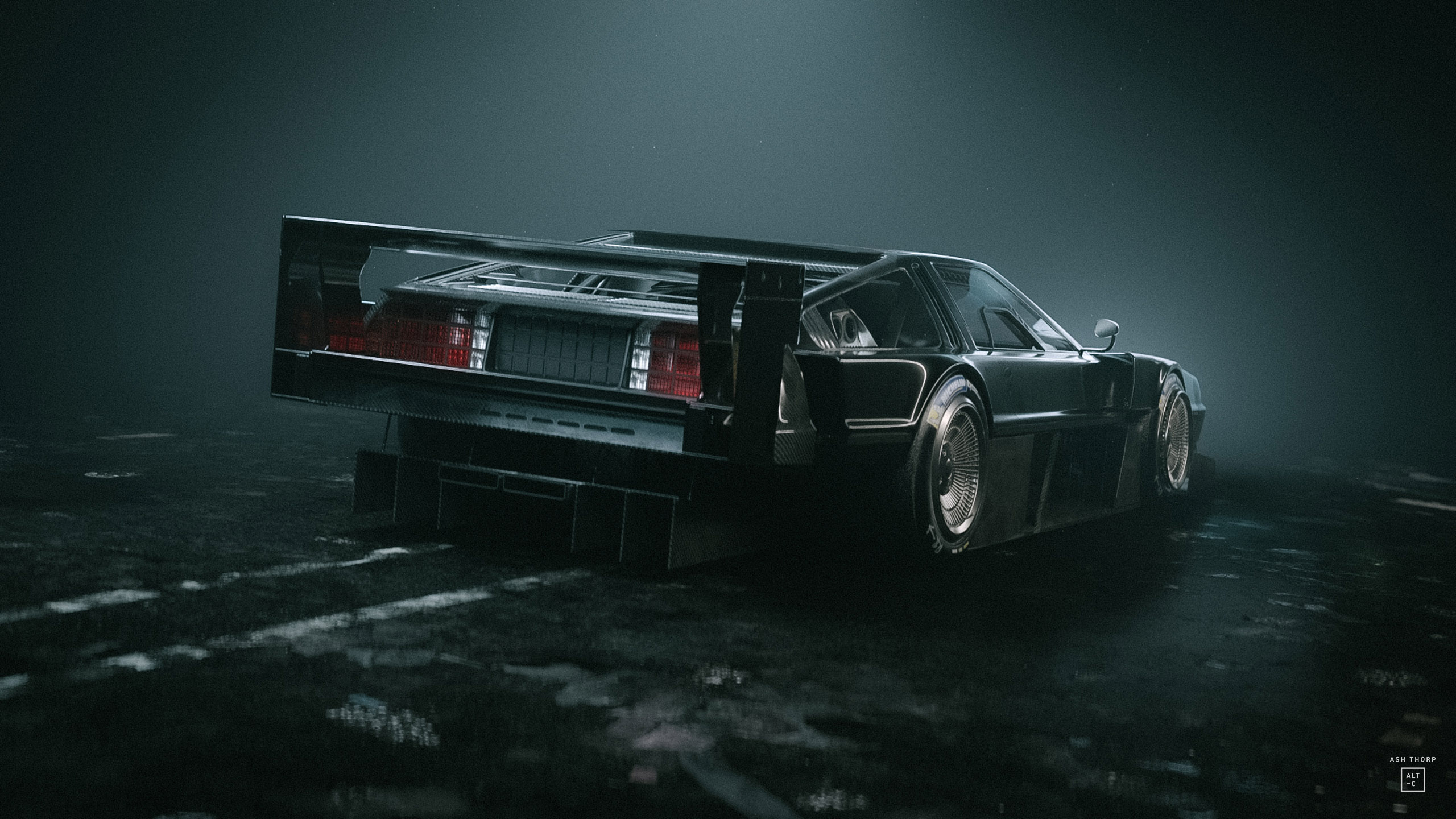 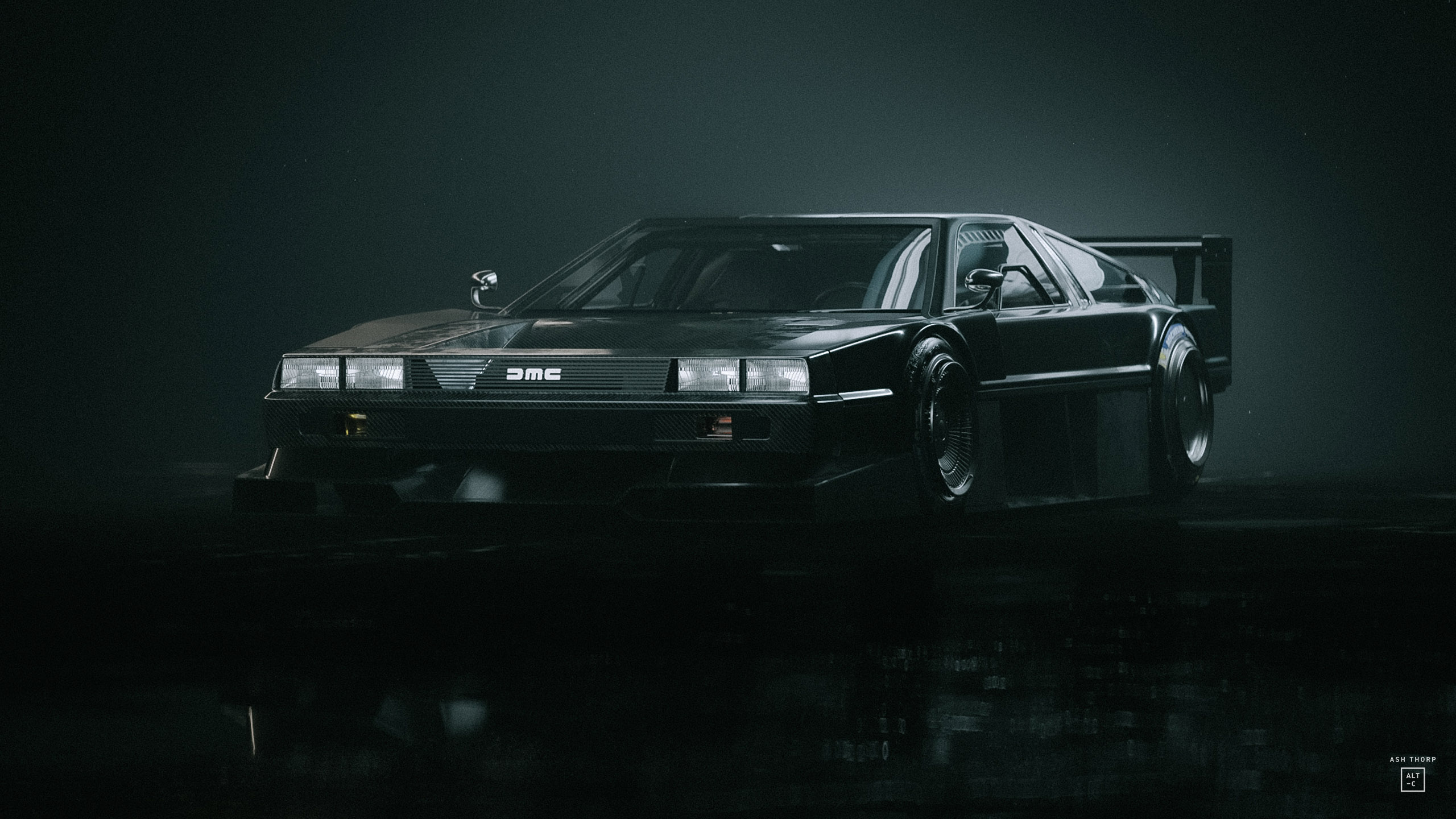 Since day one, the DeLorean has been criticized for its driving dynamics, and most notably, its lack of power. A Peugeot-Renault-Volvo 2.85-liter V6 powered the original cars, touting a figure of just 130 horsepower. With a top speed of only 109 miles-per-hour and with a claimed but not necessarily honest 0-60 time of 8.8 seconds, it comes as no surprise that more or less everyone found the DMC-12 a bit uninspiring to drive. John DeLorean had planned for a turbocharged variant of the car that promised a mid-5-second 0-60 time, but a legal feud involving $24,000,000 of cocaine got in his way. It's with good reason, then, that the DMC-12 was never raced in any capacity, by anyone, ever. 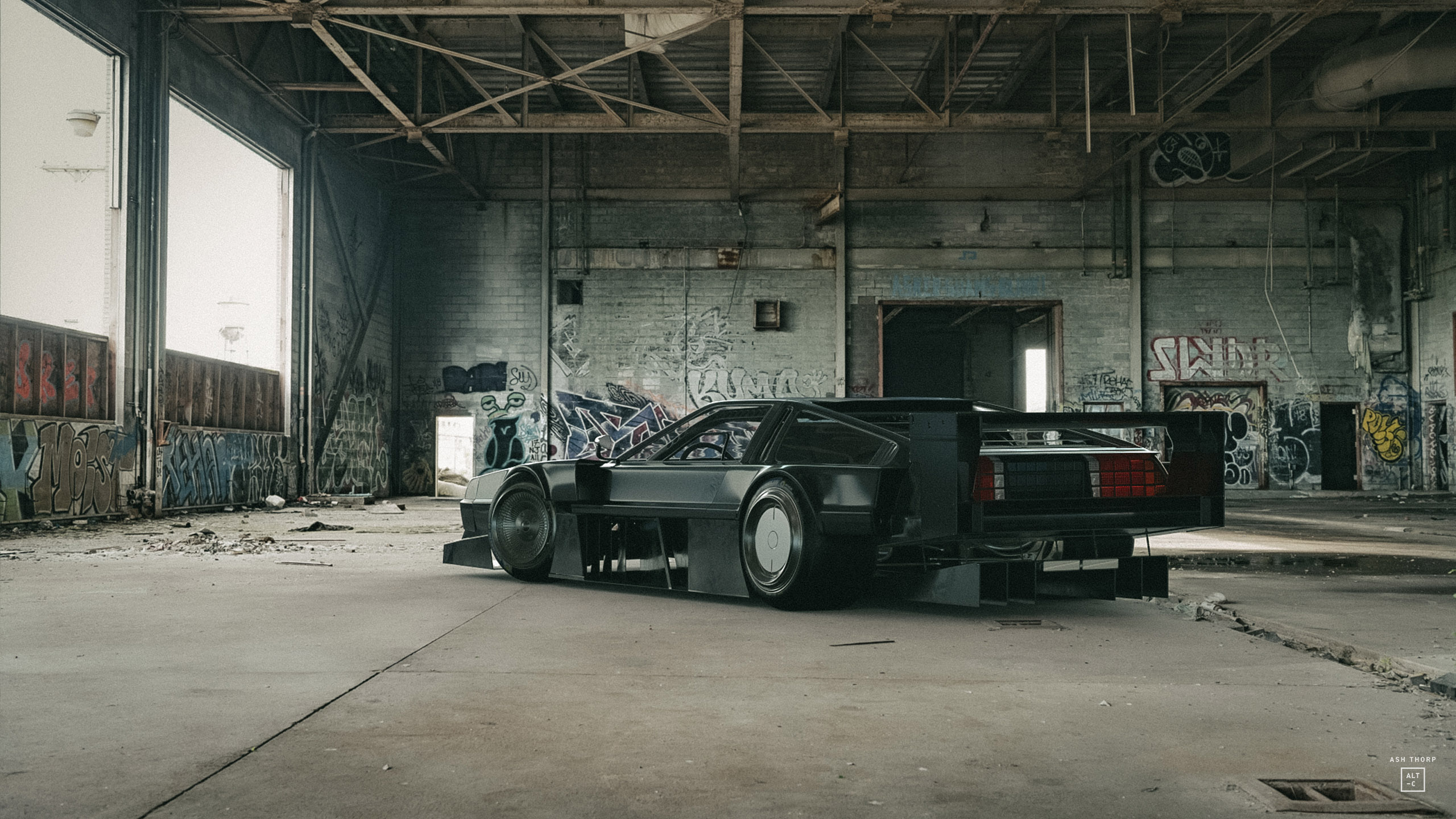 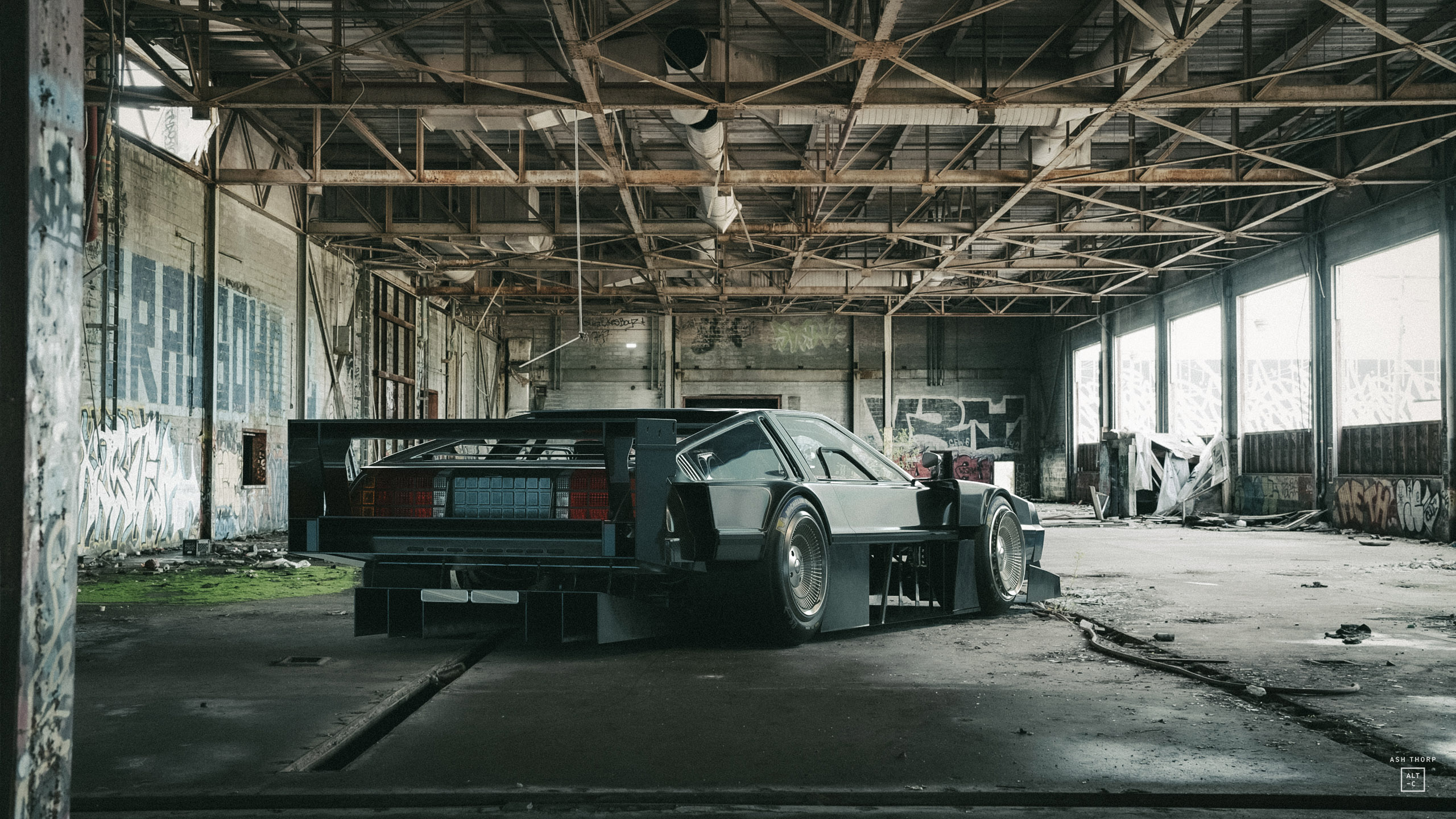 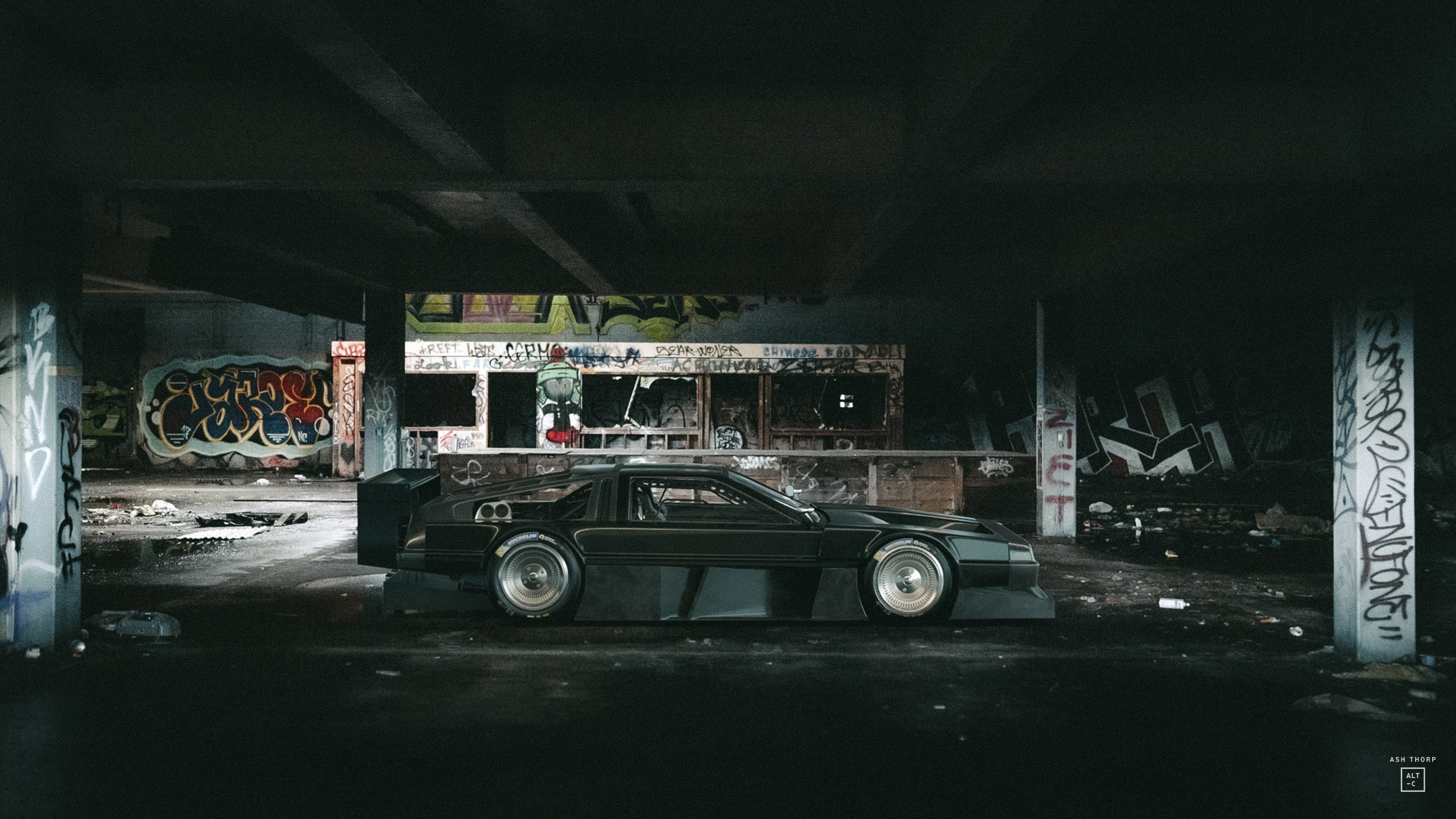 What if?... It's always a fun question to ask, and for many, it fuels the entire creative process. What if one built a DeLorean race car? What if there was a DeLorean that could hit 88 miles-per-hour without hesitation? It's a question we can all be glad that Ash Thorp has asked, and more importantly, conceptually followed through with. Blending period-correct Group 5 flavor with modern Time Attack madness, he's digitally penned a DeLorean unlike any other. Along with the help of  Billy Chitkin and Les Machines, he's brought something unparalleled to life. 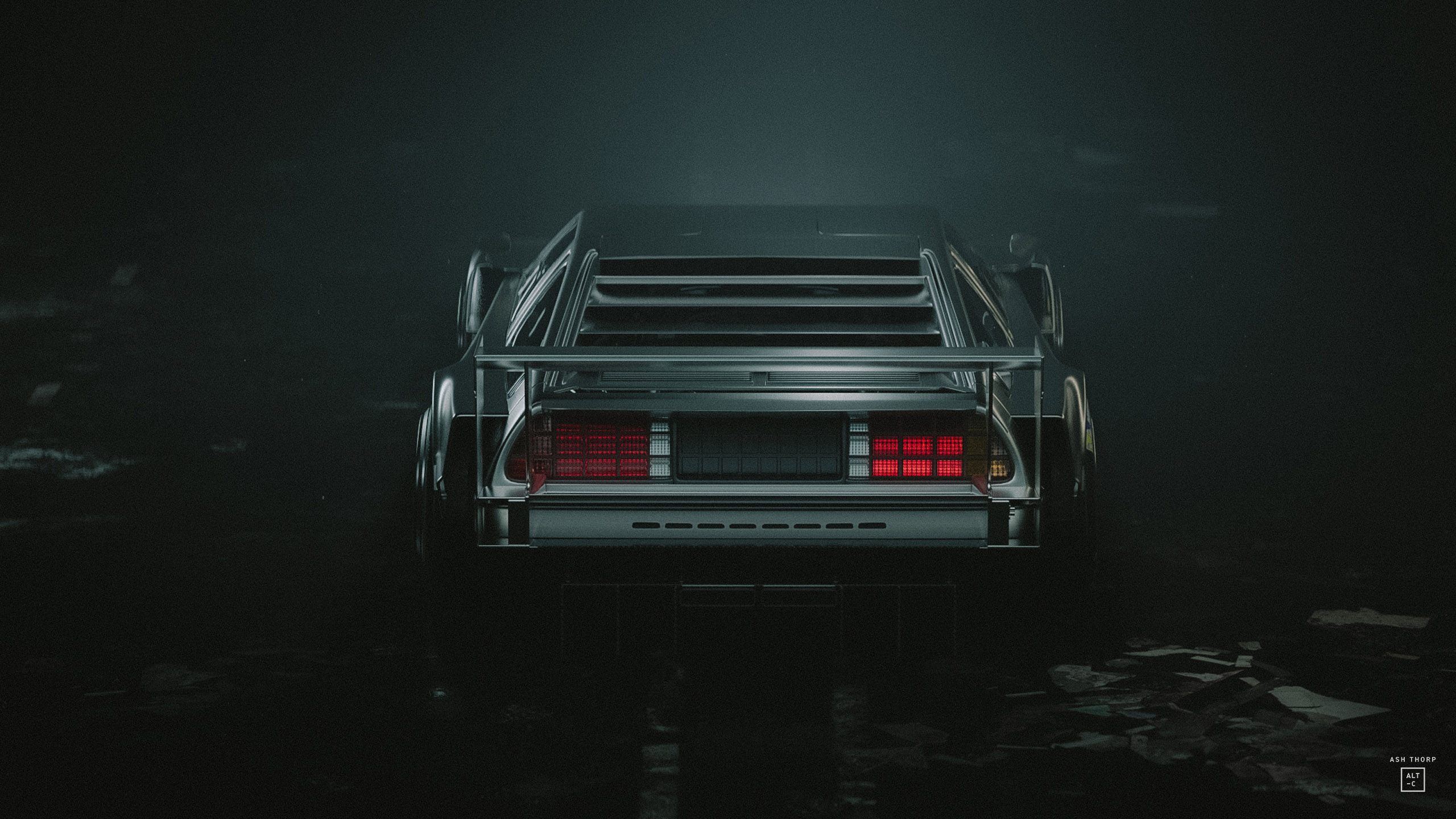 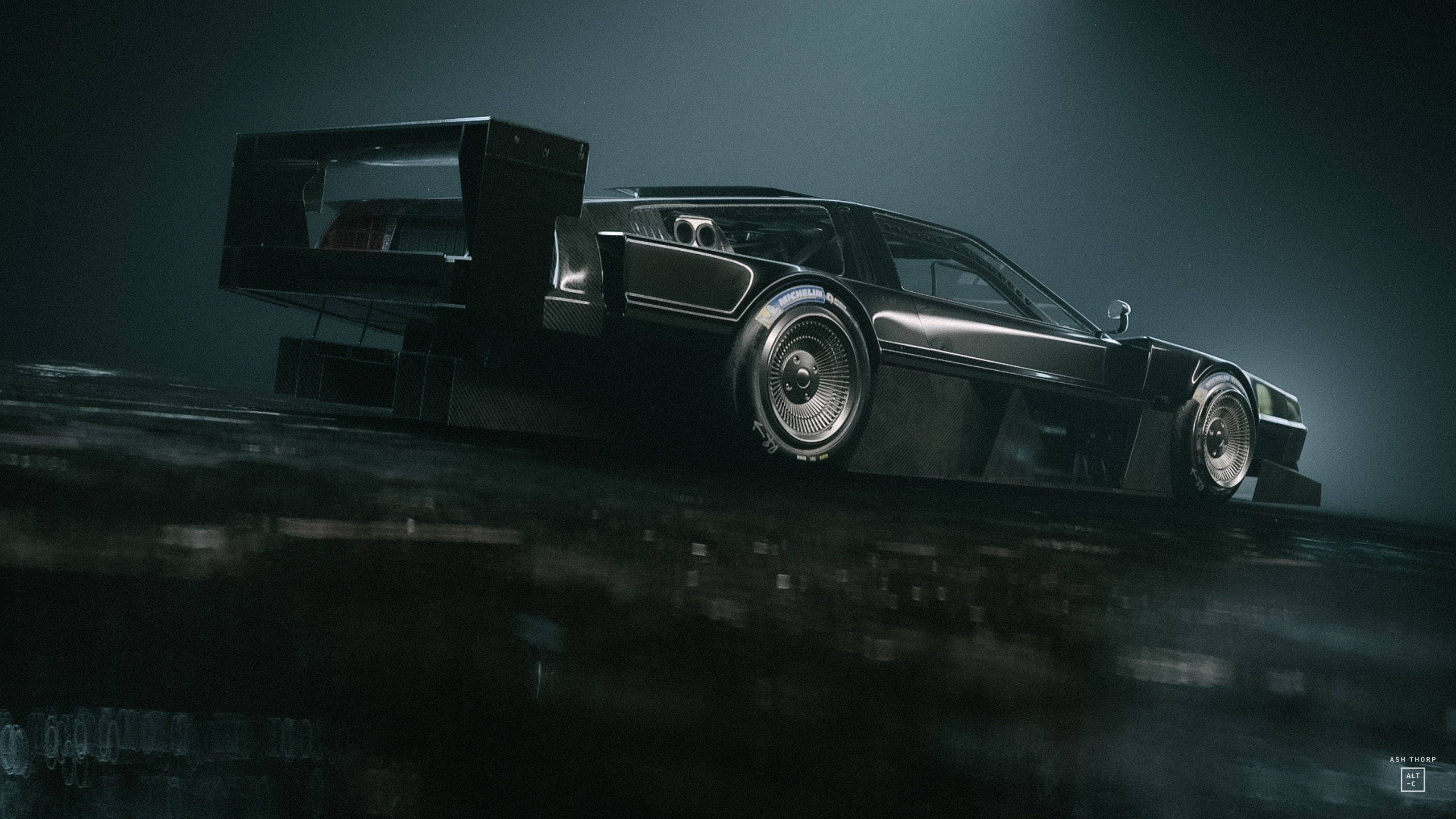 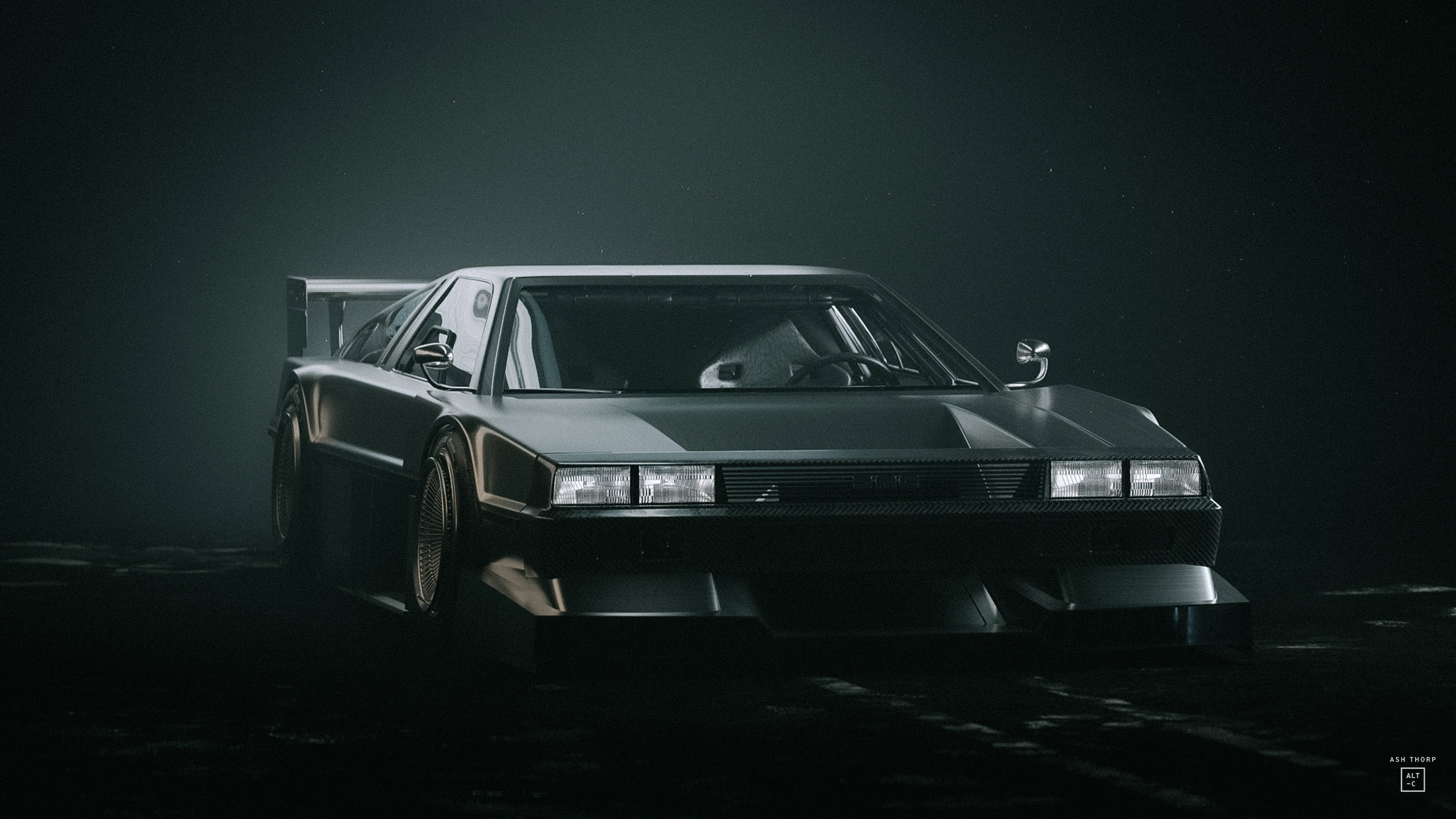 It's no mistake that Ash's DeLorean concept blends aesthetics from the past and future... after all, the DeLorean will always be a time machine, one way or another. At first glance, it appears as though a DeLorean and an original Lotus Esprit had a love-child at Gatbil. In fact, it appears that way at second-glance too, and truth be told, we love it. Chances are, it's not all too far off of what an '82 DMC race car may have looked like, minus some of the more modern aero touches; however, it's those touches that make the car unmistakably unique, and unmistakably Thorp. I suppose being clad in black and carbon fiber don't hurt either. 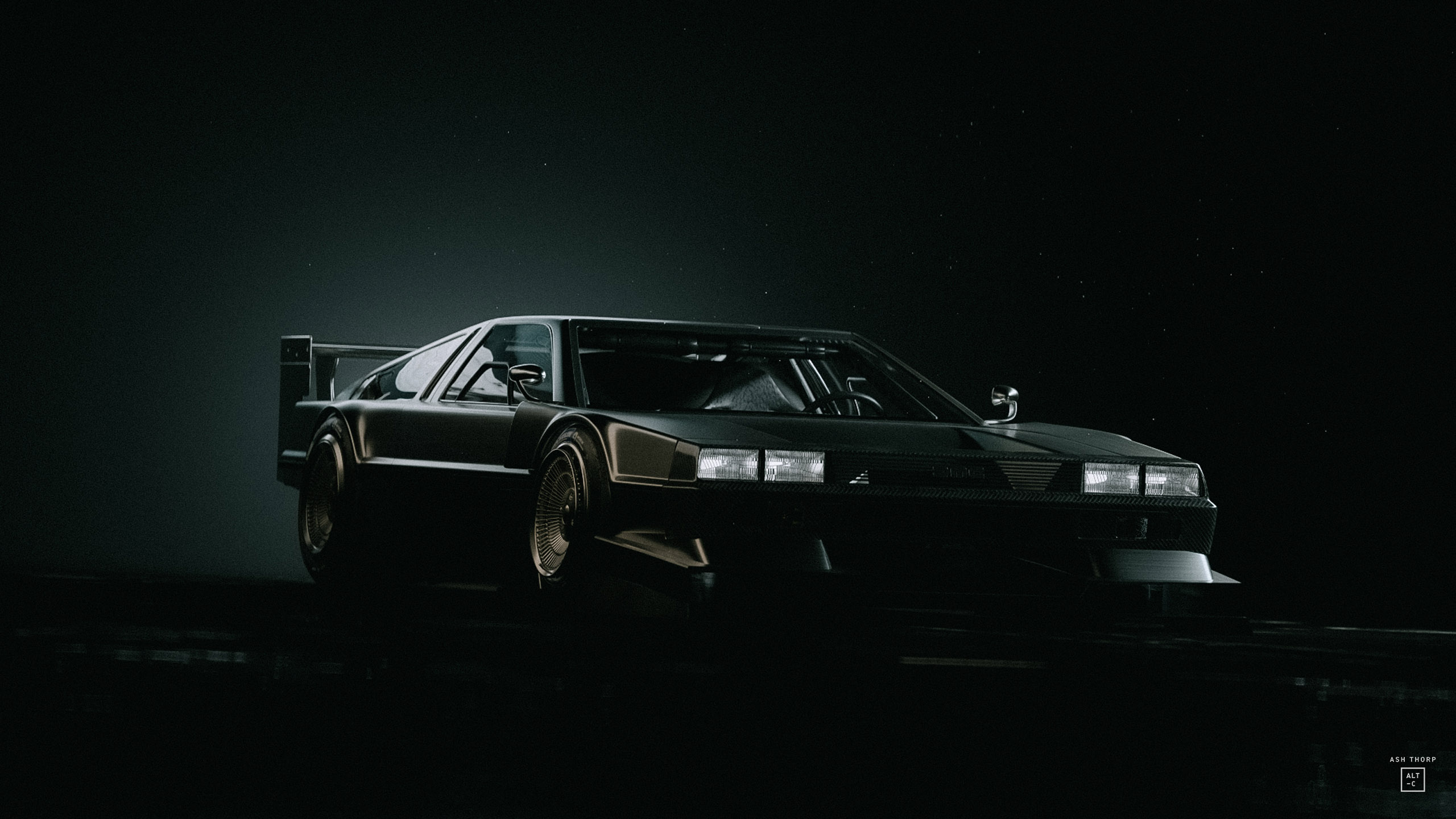 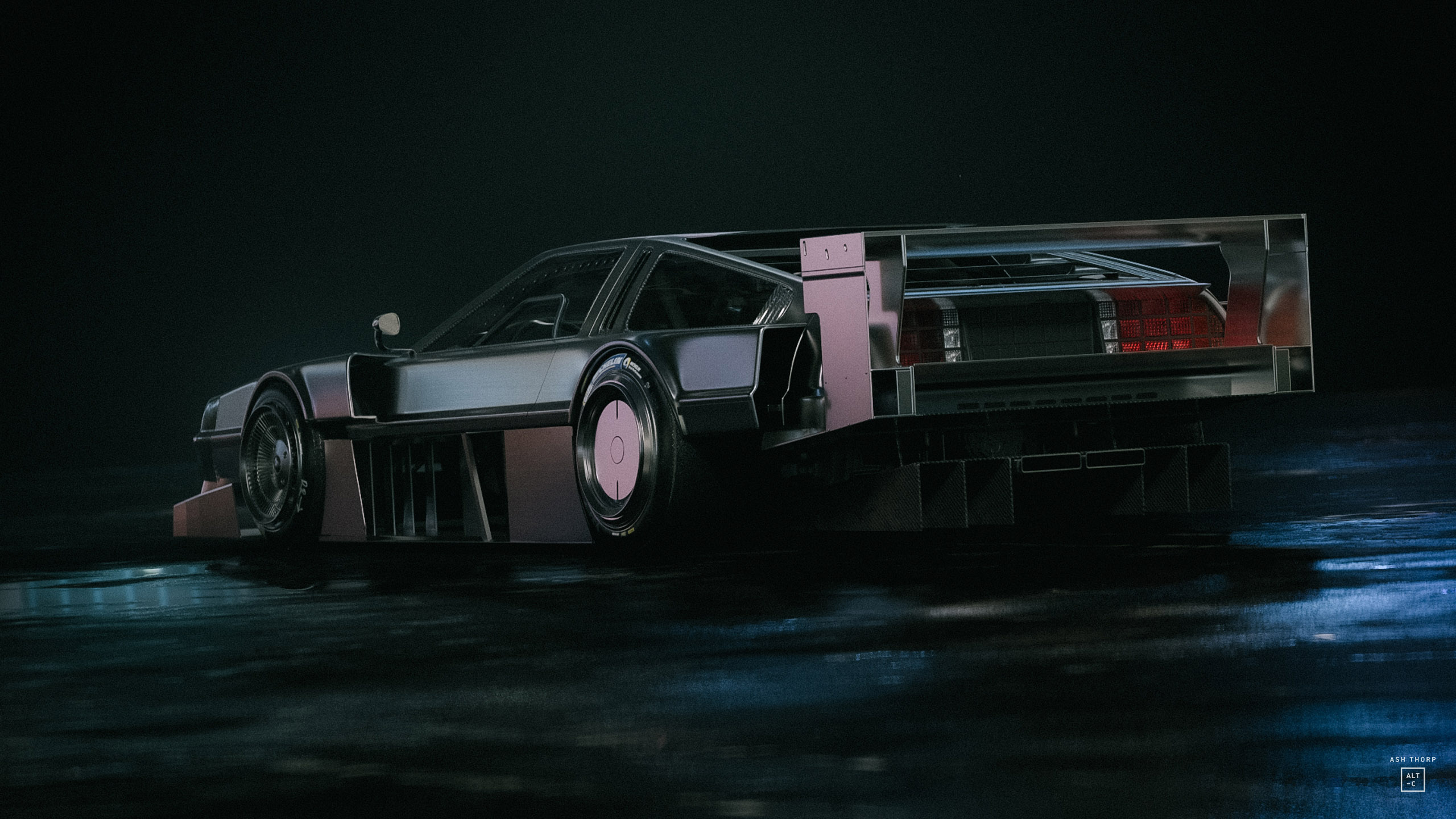 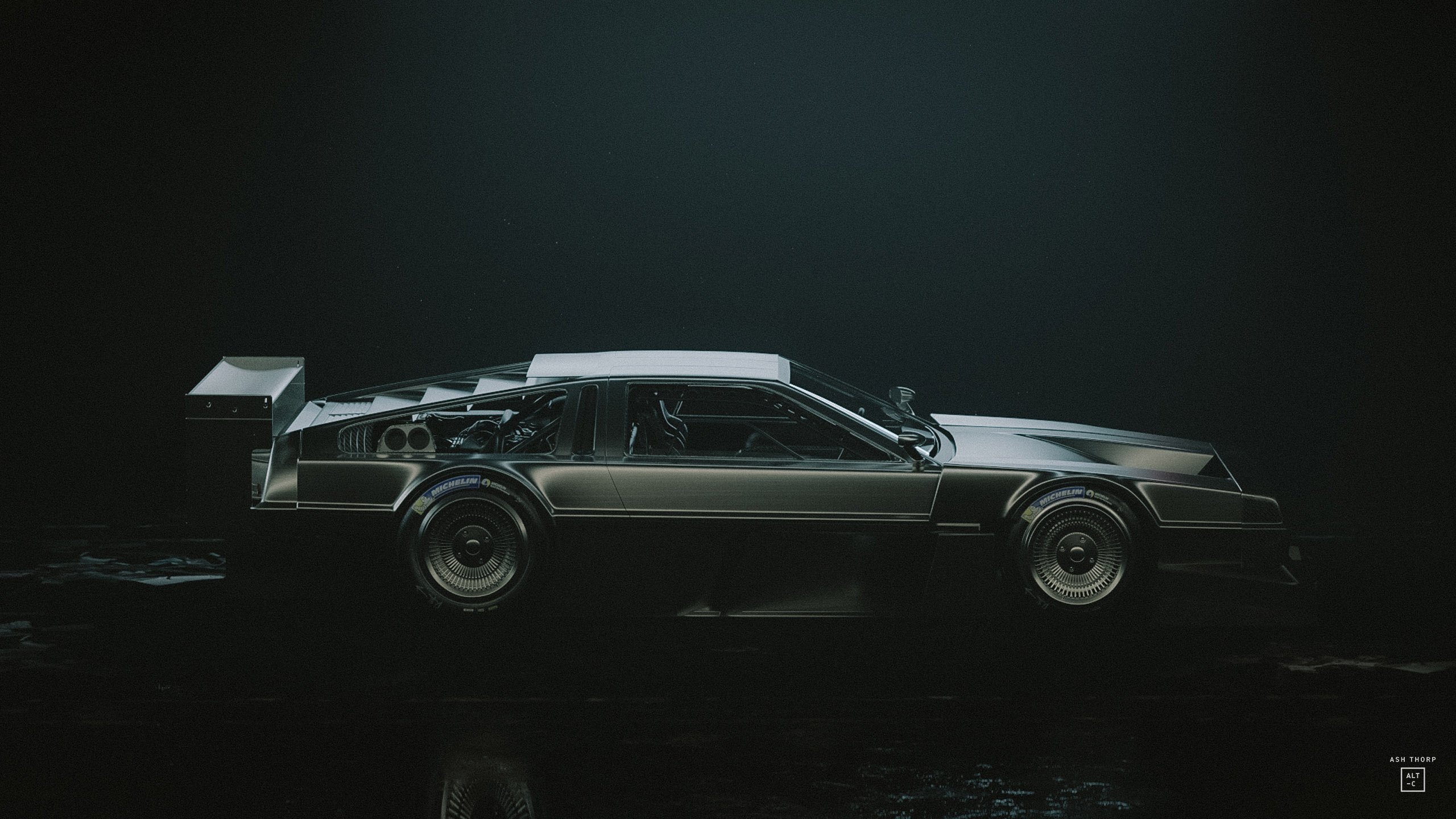 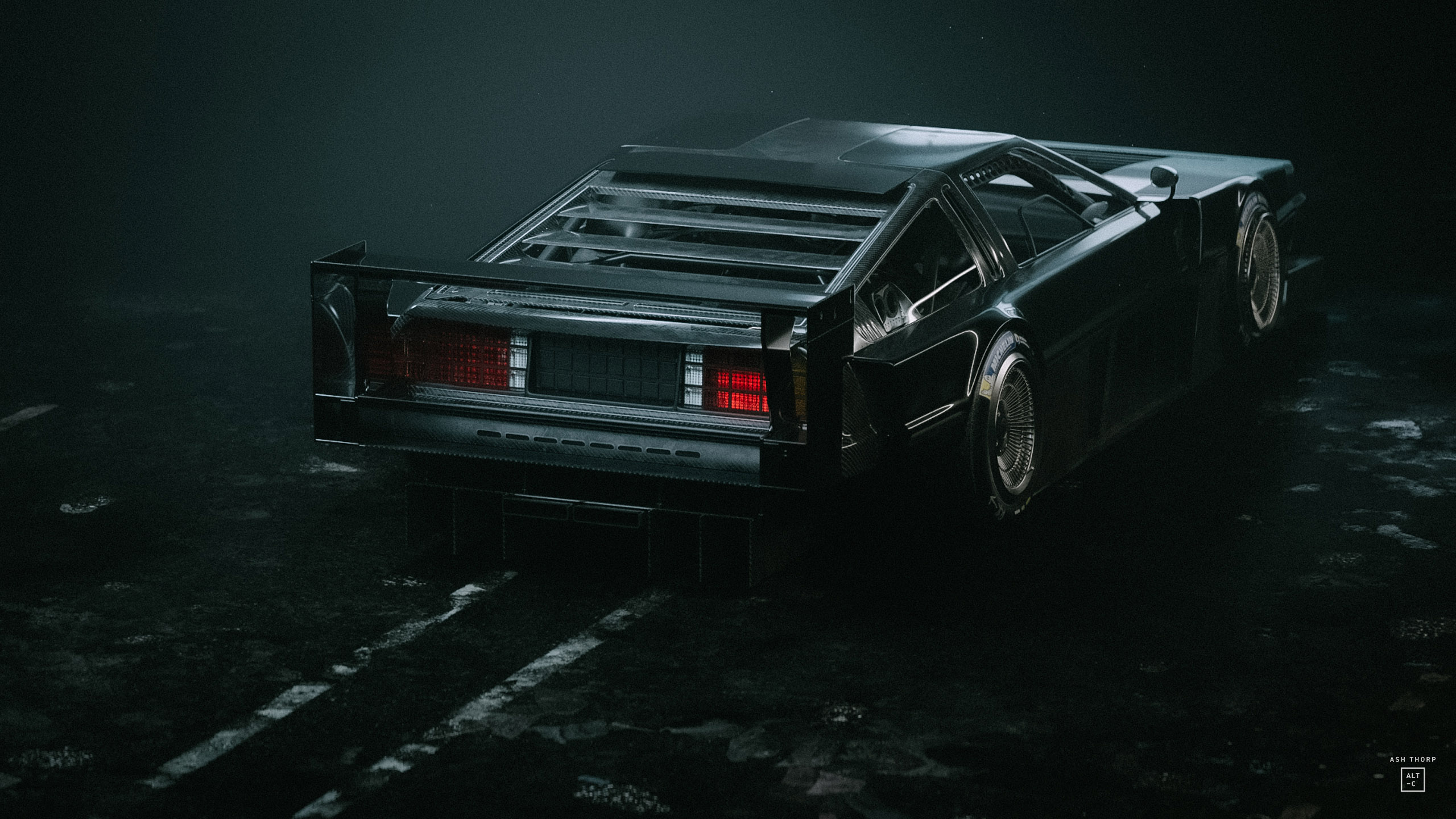 While it's merely a conceptual render, it's a refreshing take on an icon, and one that Ash hopes will inspire others to approach the expected with a new mindset. Whether digital or stainless steel, this DMC-12 is one we'll be remembering for a long time to come. 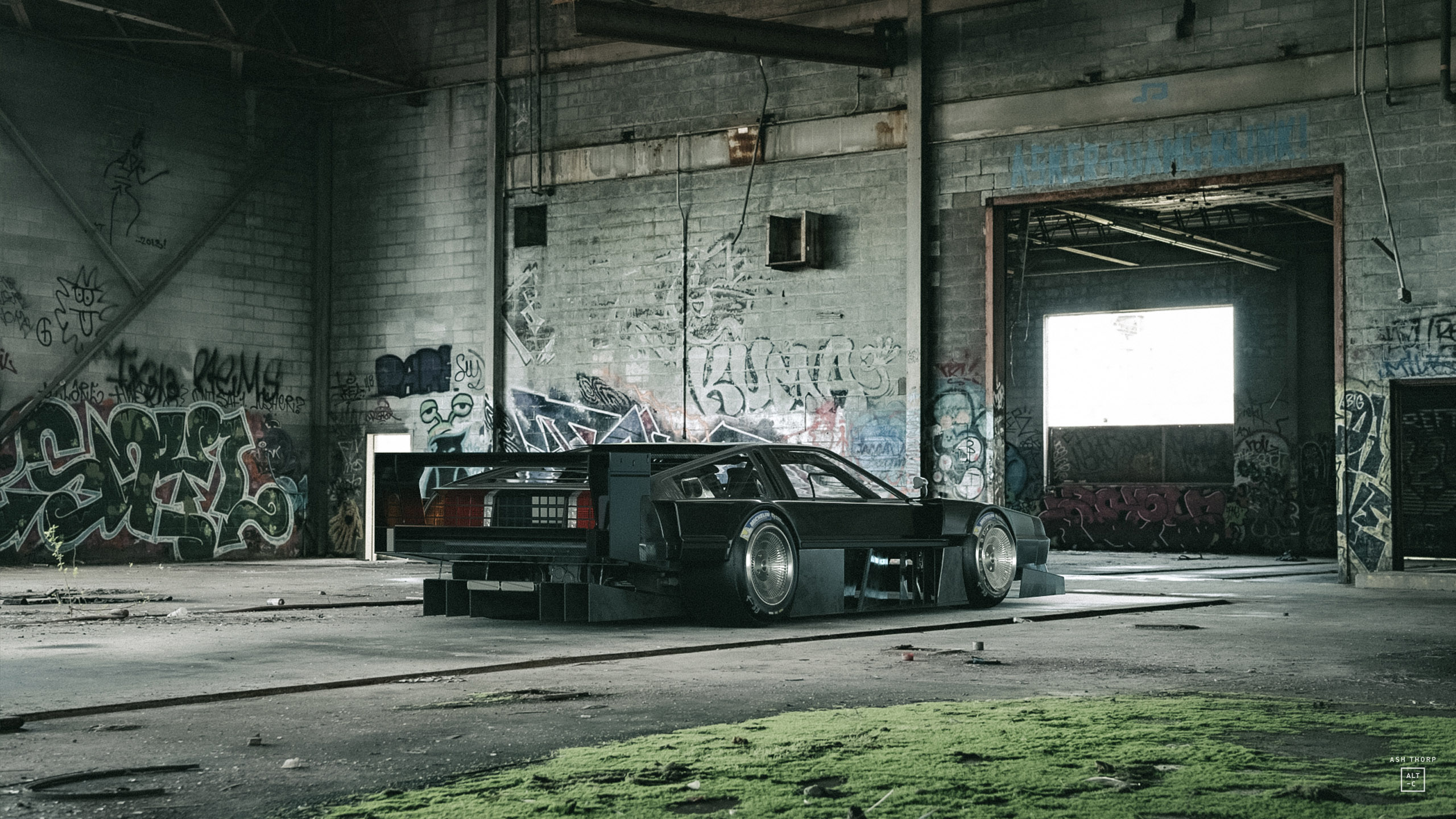 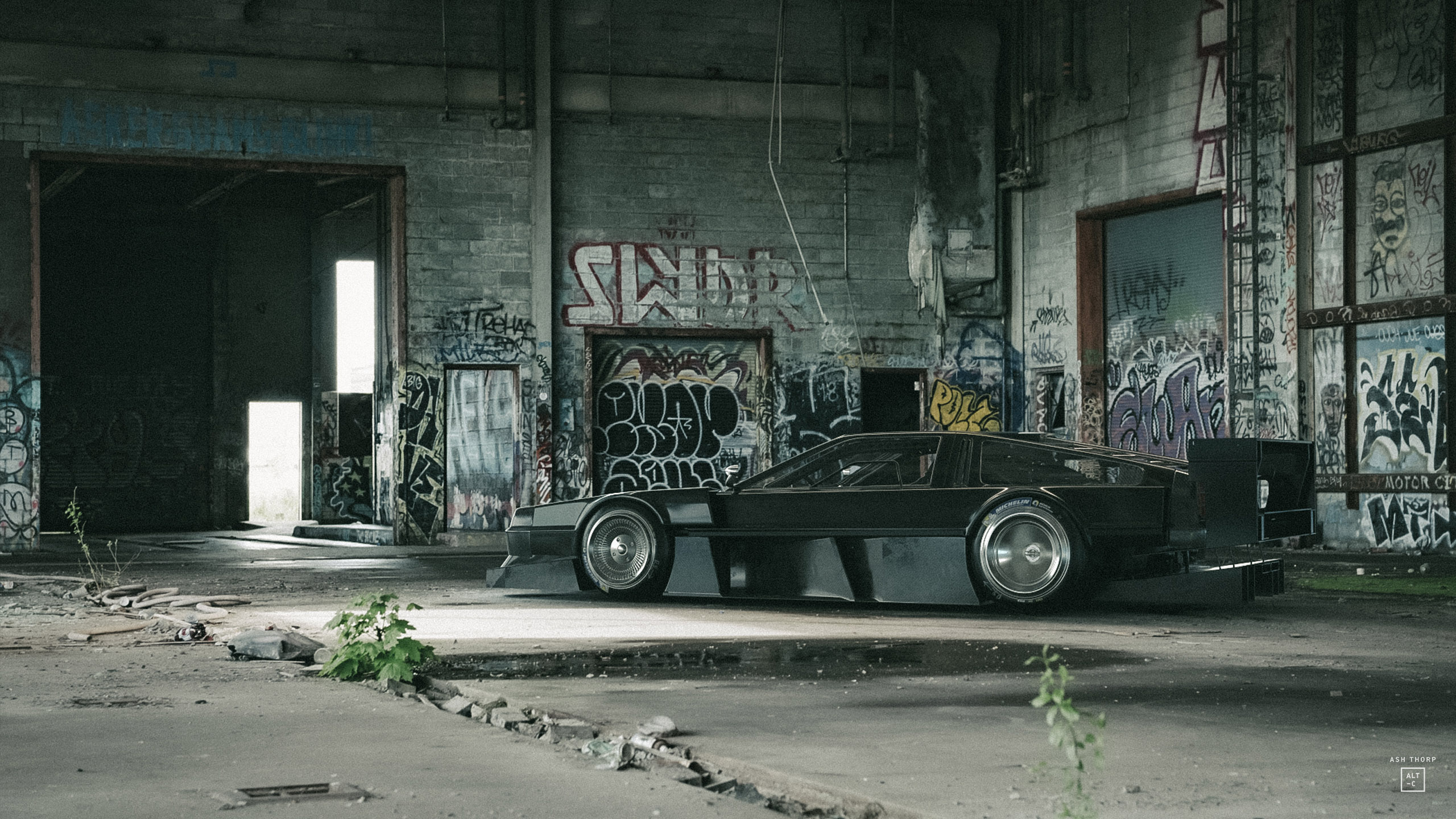