Many car purchases are fueled by impulse, which is often followed by buyer's remorse. In the classic water-cooled VW world, impulse buys can literally destroy your bank account and wreak havoc with wives and girlfriends. Fraught with hidden rust and hidden running issues, buying an old VW on a whim is trouble. There isn’t a truer car to adhere to the old adage: The best things come to those who wait. 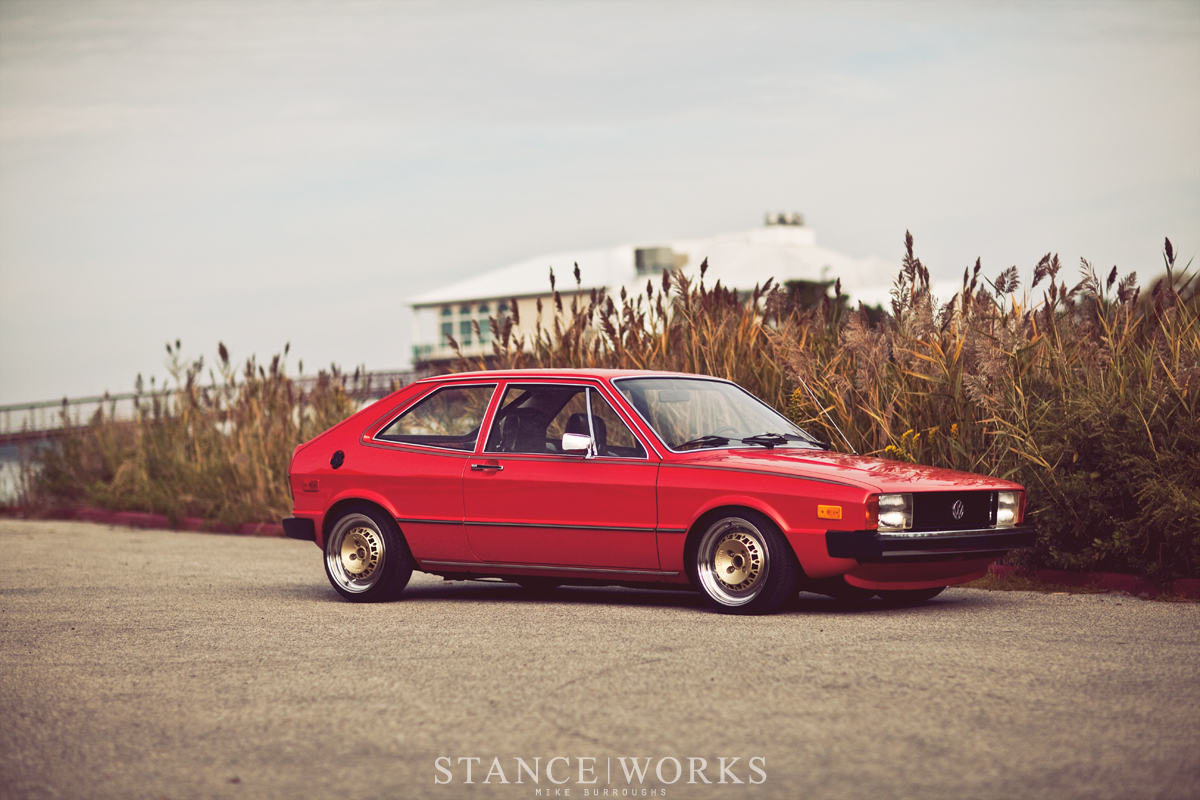 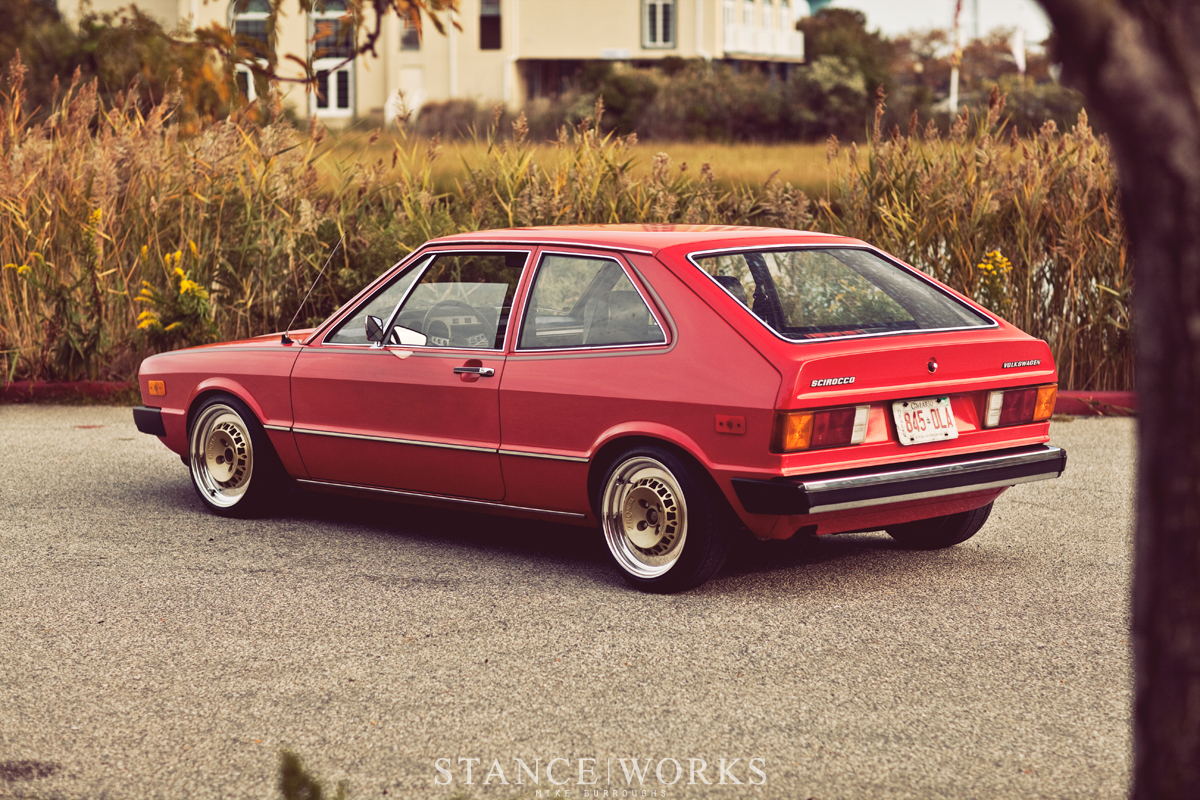 The Scirocco, like any other car, started on the drawing board; in this case, in the early '70s. The air-cooled Kharman Ghia was finally showing its age and Wolfsburg needed to replace it with something market relevant. Designated the “typ 53” behind closed doors, the Scirocco was released released in Europe in 1974 a full 6 months ahead of the classic Golf. The same designer, Giorgetto Giugiaro, penned both vehicles, along with other great classics like the BMW M1, the Lotus Esprit, Ferrari 250GT, and our favorite time machine, the DeLorean. A lower roofline sets the Scirocco several inches below the Golf: a slammed MK1 Golf will typically have the same roof height as a stock Scirocco of the same generation. This low slung, sleeker style has been the signature of the Scirocco since it’s inception and has followed through even to the newest Scirocco out today. 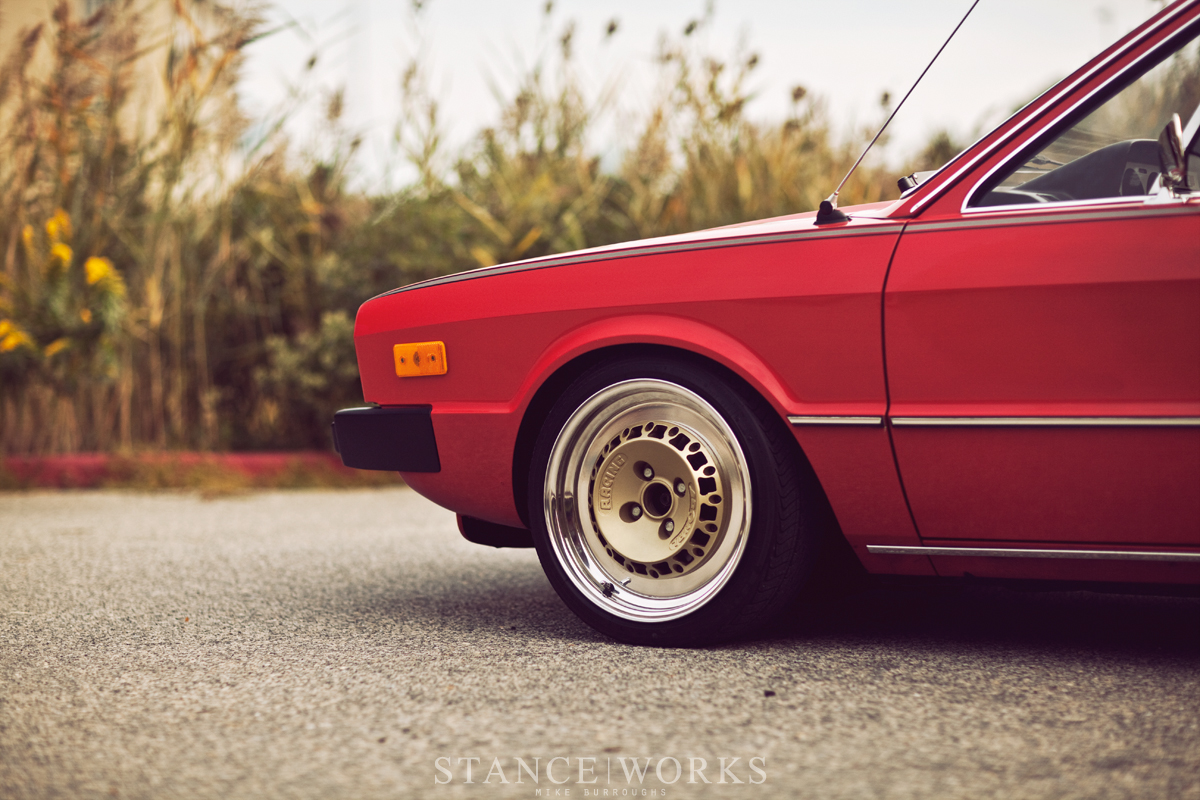 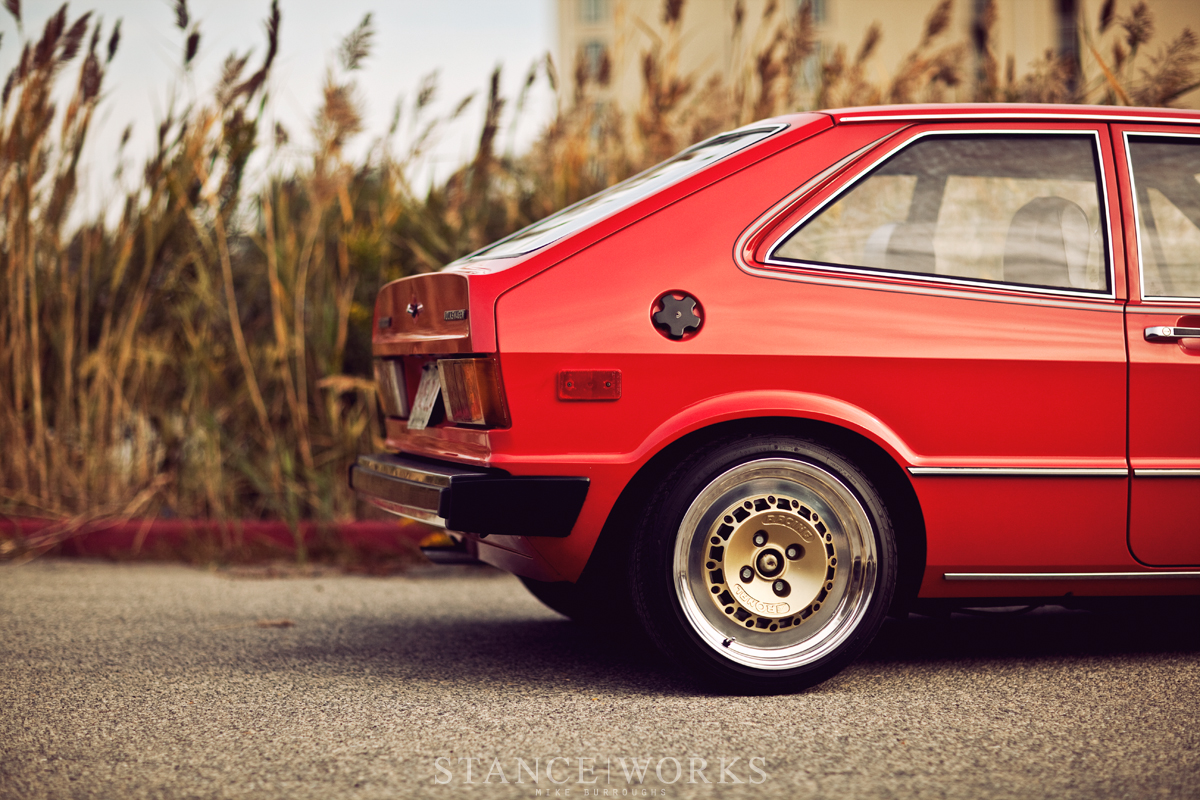 Danny had been looking for a MK1 VW Scirocco for years. He grew up around a brother and cousins who shared his passion for VWs. Danny first saw the car shown here back in 2004, at the time owned by a gentleman named Ed, but passed on it after realizing he preferred Sciroccos with the later wrap-around front marker lights. He passed on the car and moved on, patiently waiting for the right car to come up. He realized finding a clean MK1 Scirocco was difficult, and as time passed, Danny's tastes changed. Seeing the car again in 2008, Danny asked the new owner, Jeff to let him know if he ever decided to sell the car. Numbers were exchanged. Two years later the phone rang, and Dan bought the 1975 Volkswagen Scirocco. His patience had paid off...the best had come. 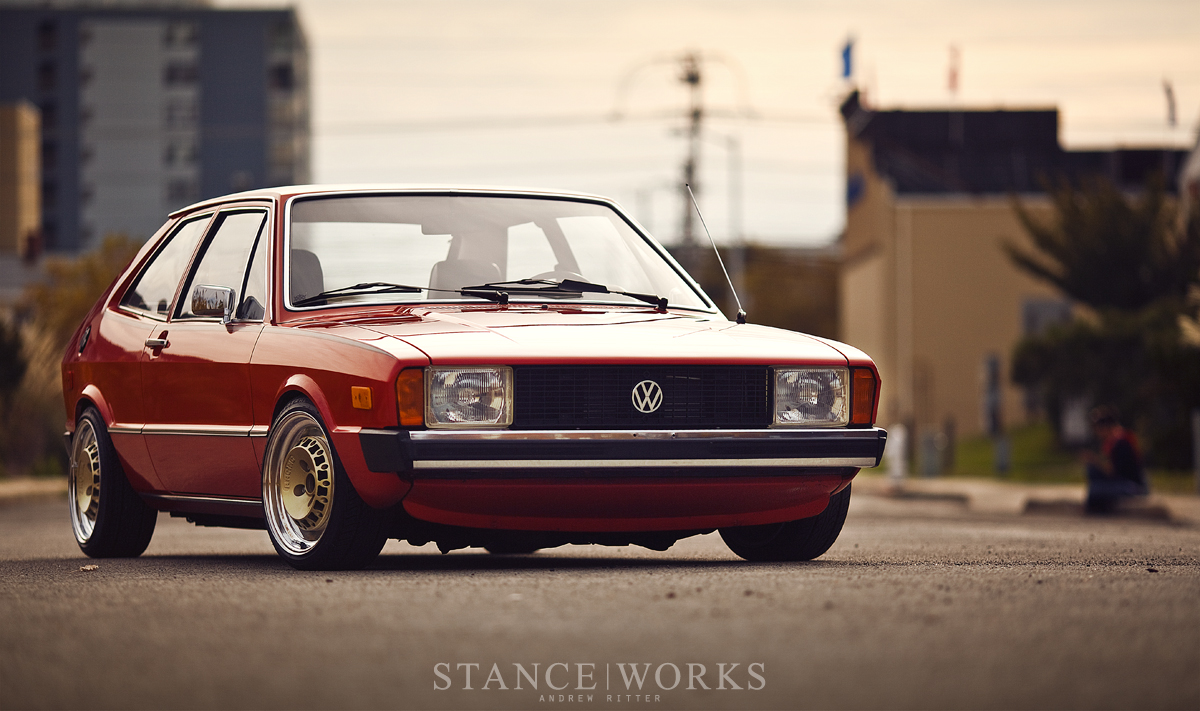 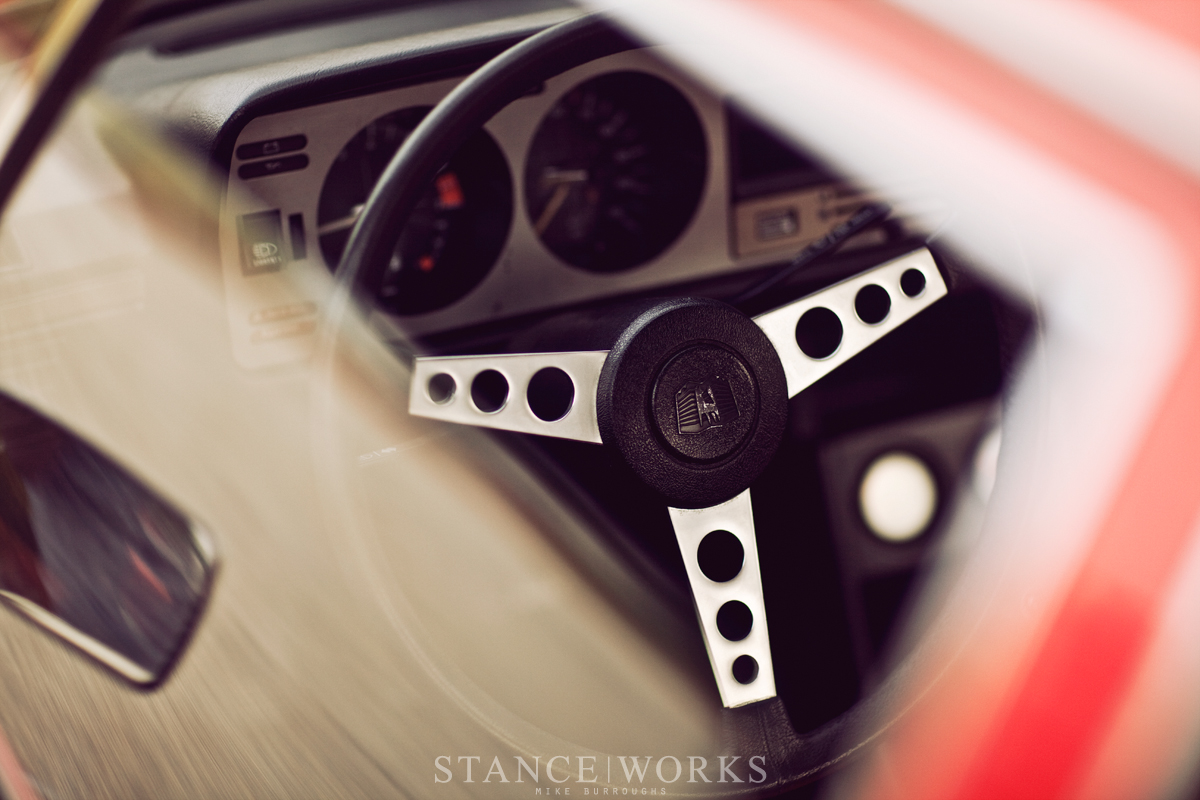 Subtle differences make Danny’s car easy to appreciate for anyone that knows what they are looking at. The grill, corner markers, wipers, steering wheel, carpet, and many other things set this apart from later MK1s. With the rarity of it being an all-original ‘75 with shiny 37-year-old paint, Danny wanted to keep the car mostly original in Ibiza Red. I’m not sure I’ll be able to convey, without being an annoying feature writer, how absurd it is that this car exists in as clean of form as its seen here. With a completely custom, and arguably the most complete (read: kick ass Oettinger 16v) and well built MK1 Golf Gti in North America, and a MK2 Rallye Golf in the stable, Danny didn’t have too go overboard with the Scirocco. 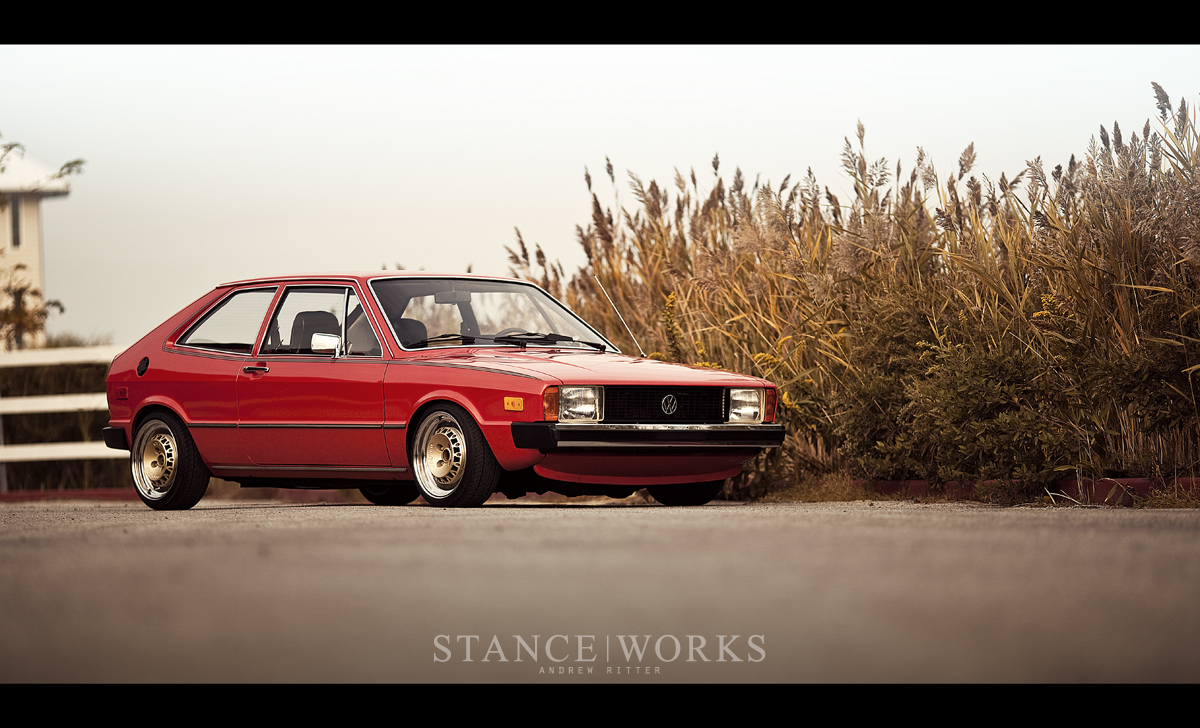 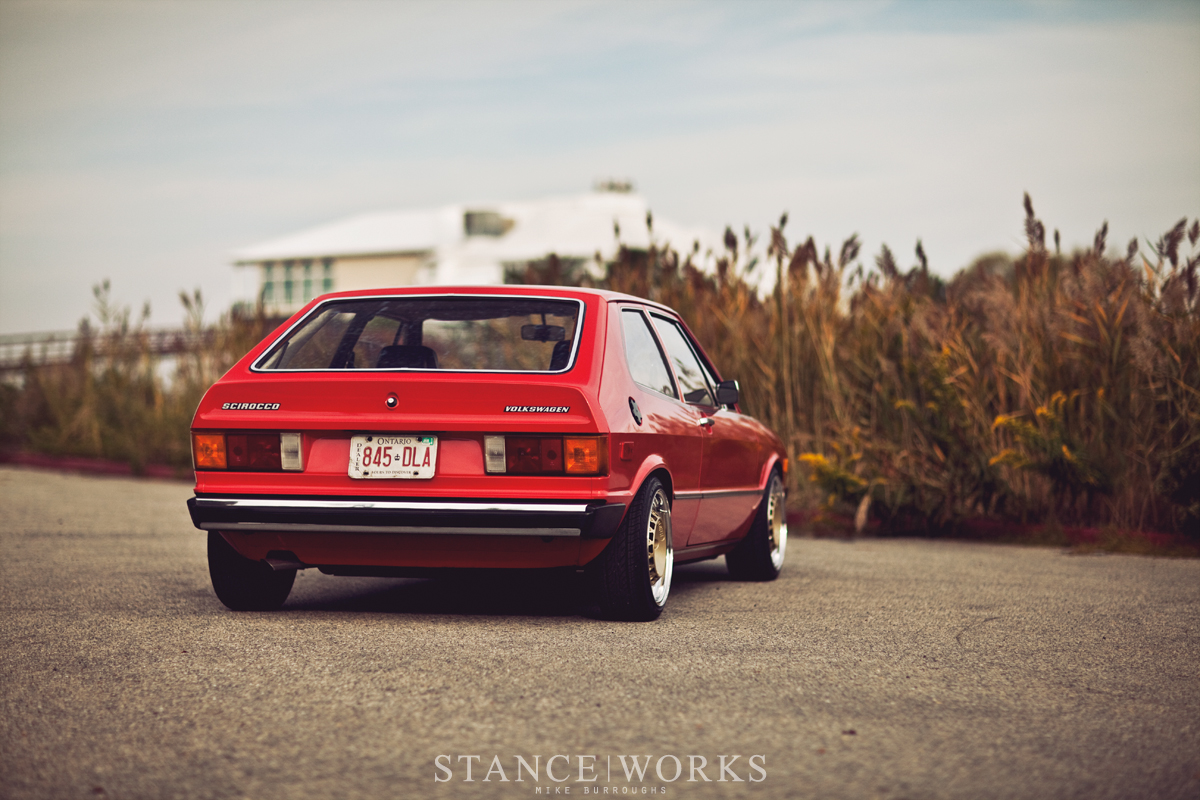 Ultra rare “TV screen” headlights are the major attention drawing aesthetic of the outside of the car itself. Following the car around the side and to the back, period pinstriping puts the origin of the Scirocco’s roots on display. Danny replaced the bumpers with rare euro-spec counterparts and added chrome mirrors to tie in with the obscenely hard to find original chrome trim. Keeping with the OEM+ theme, factory VW plaid fabric (also available on 914s in that year) was used to reupholster the seats in the interior. Danny stopped by Ed’s place and picked up the original radio delete panel, and Ed asked if he could have the Blaupunkt stereo and 6x9s back that were in the car. The interior is now an homage to 70’s Volkswagen group, and is as original as it gets. 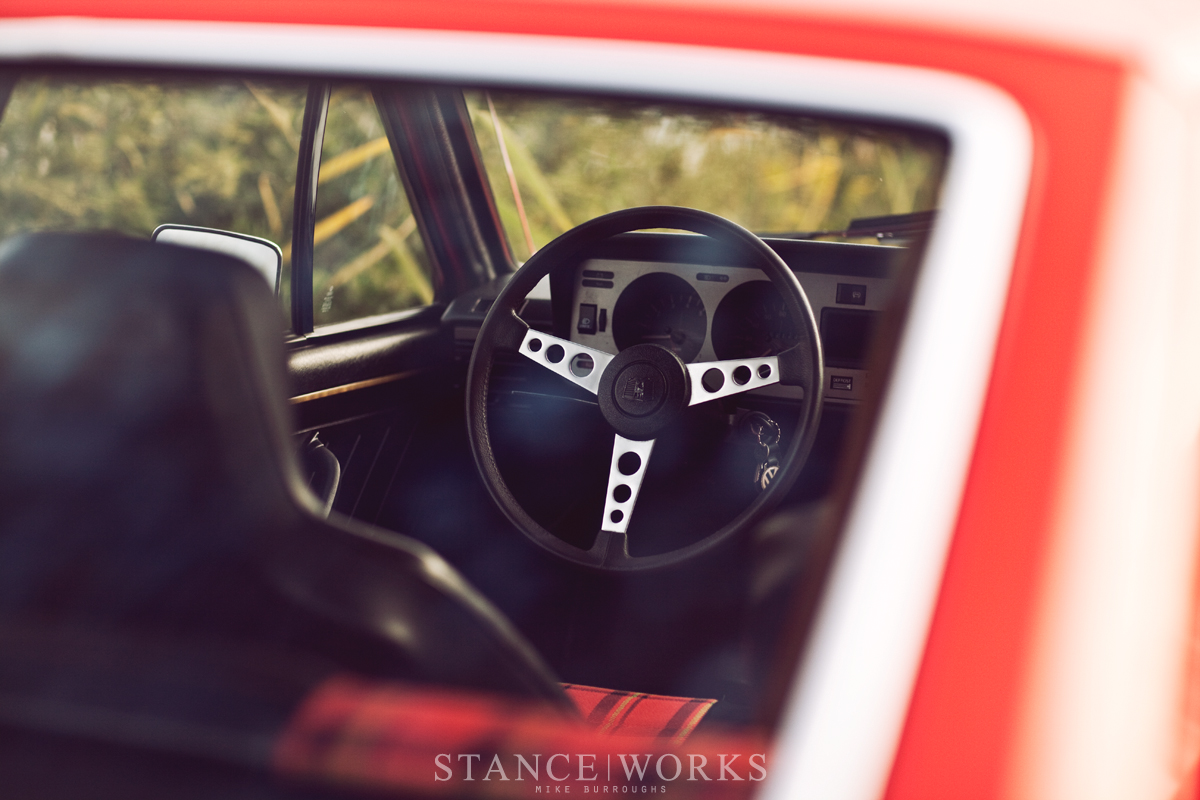 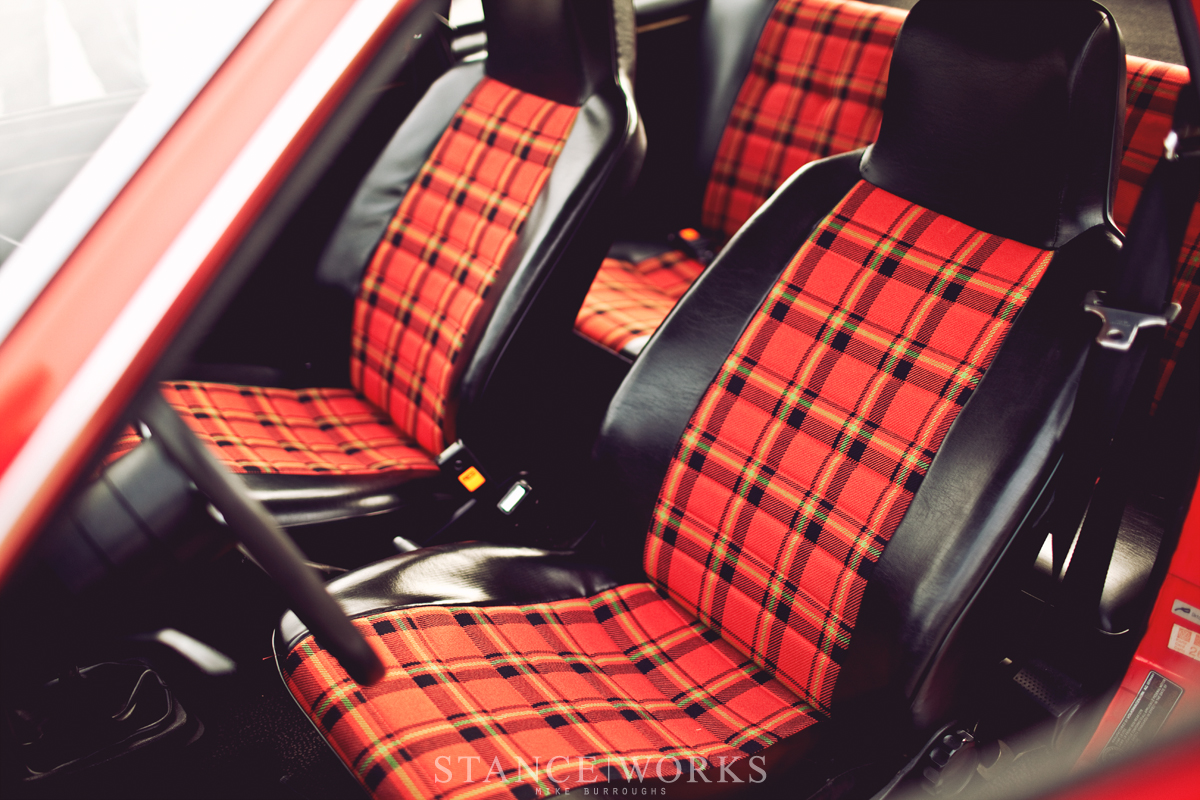 The wheels are timeless Ronal Racing splits. They are far from the original sand-cast custom wheels Karl Roland had on his opel when he first founded Ronal Wheel in 1969. The Ronal Turbo wheel in split form was a development that found its root in racing. The magnesium centers were lighter than aluminum and maintained strength on the track and while rallying. Having separate lips and barrels allowed race car teams to put wheels together in a myriad of offsets and widths. 15x7 in the form shown here, with the car tastefully lowered well on FK coilovers, they are a rare, perfect, oldschool choice for Danny’s Scirocco. 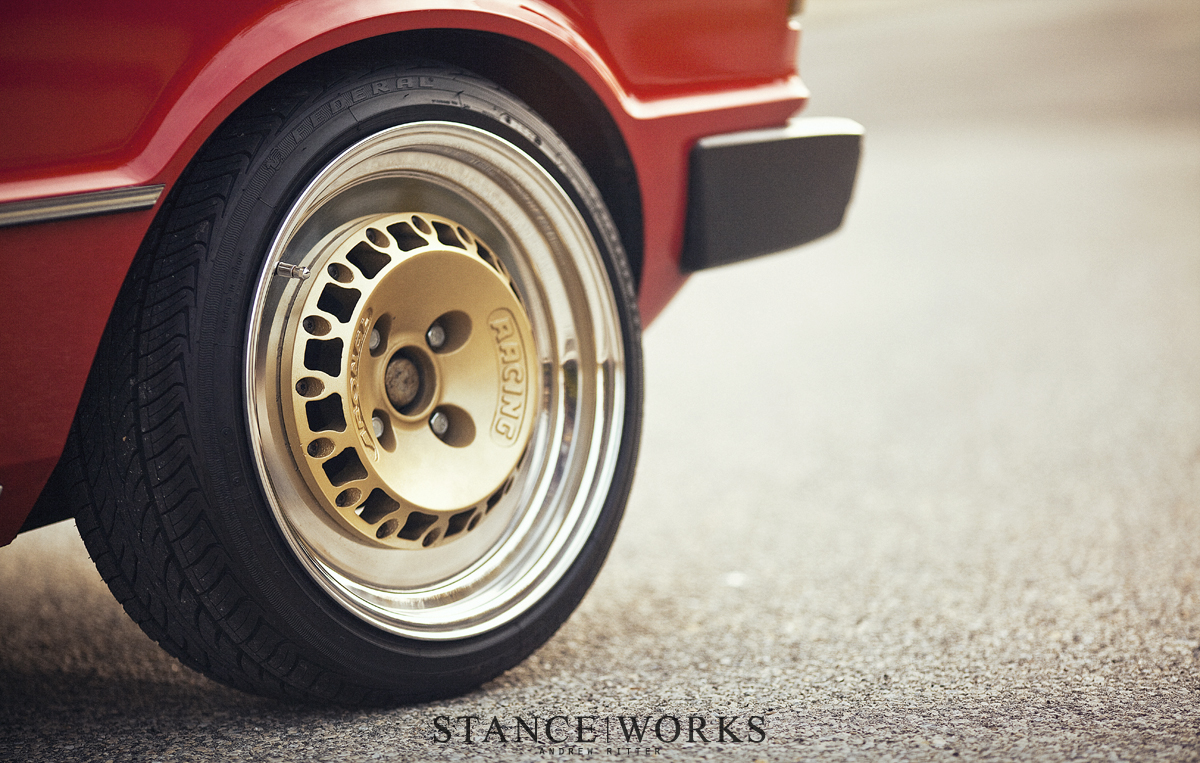 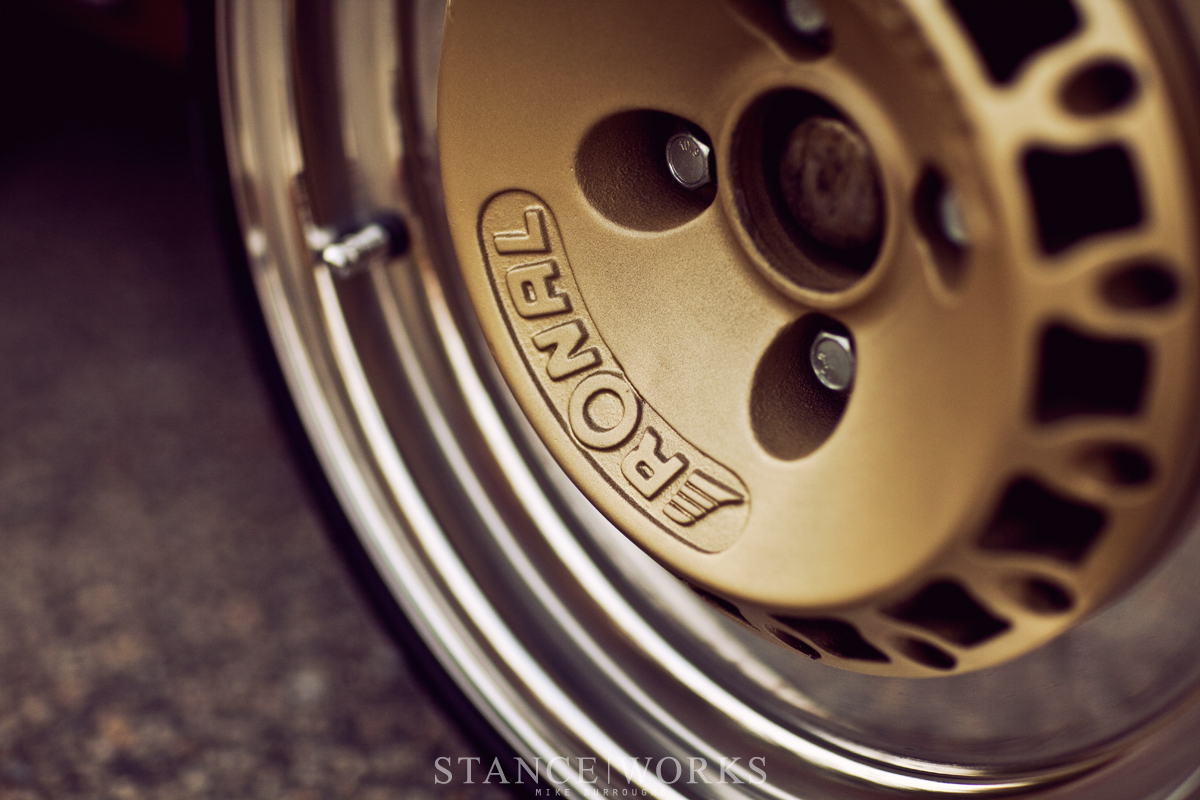 Ed, the original owner of the car, had told Danny on that day in ‘04 some of his secrets to keeping the car rust free. He poured out stories about 914s, the Scirocco, and the kinds of aspirations we all have. Ed told stories of driving it in the summers, silently appreciating the Germans who originally built it. Painting a picture of the history of a special car like this is just as important to some owners as shiny paint, and if the car makes all the right sounds. The car stayed locked up from 1986 until Danny saw it in ‘04. 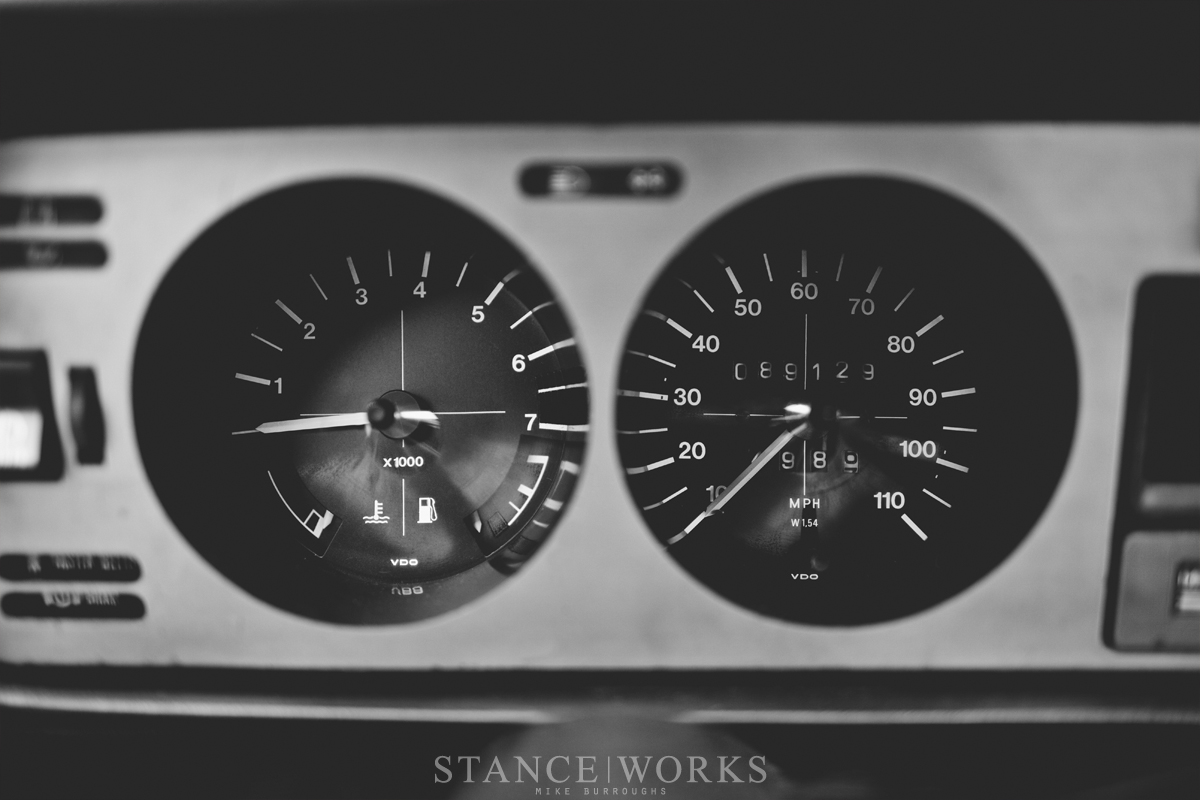 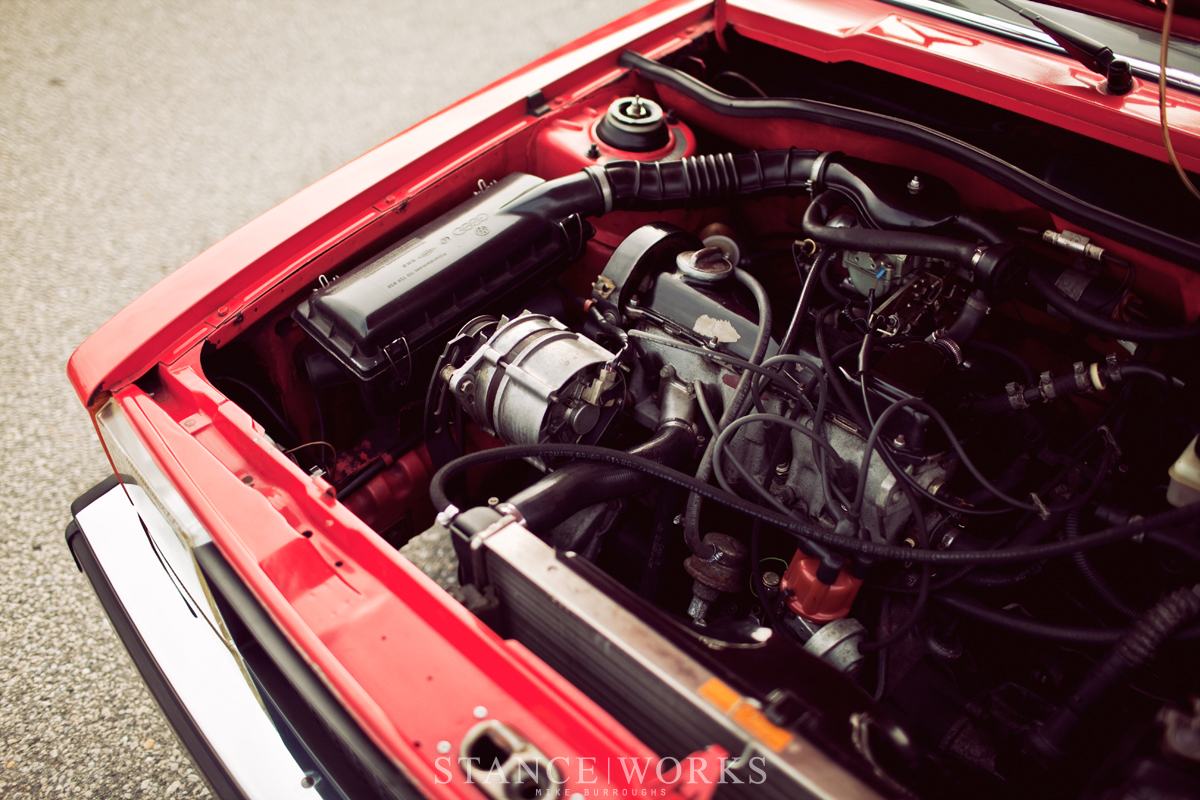 It must have felt amazing to have pulled the car out of the garage after its almost two-decade hibernation in Ed’s garage. It must have been like coming out of a coma...You can’t buy soul at the dealer. You can’t drive soul into the car with miles. There’s nothing to measure soul next to the odometer. It’s something that doesn’t present itself in all cars.  It’s an intangible feeling rooted in history, culture, perhaps a few honest dings, where the car has been, why, and with who. Danny’s Scirocco has soul. Through continued careful stewardship, colorful stories, and Danny willing to put in the time to carry on the heritage, what would normally be “just a Volkswagen” has earned it’s small place in motoring history. 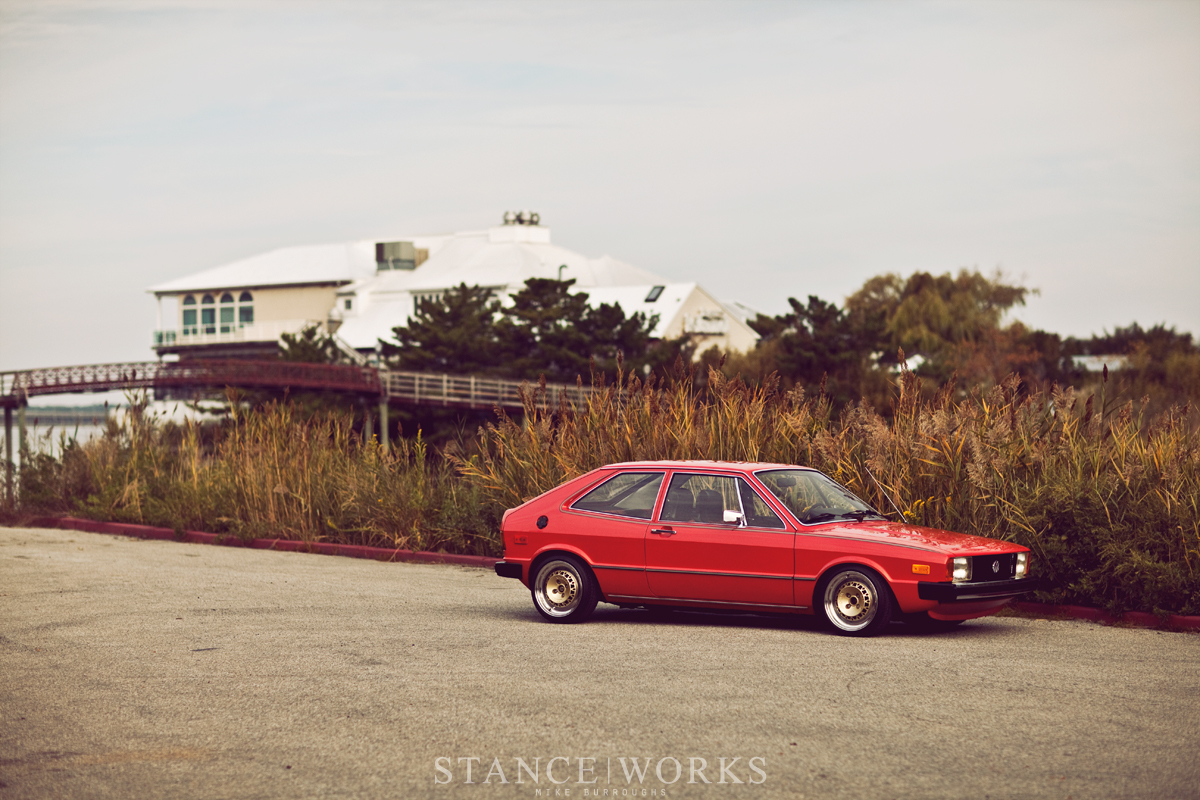