Every car has a story, some far more interesting than others. Hand-me-downs, barn finds, long-term searches and heart-felt builds; I swear I've heard them all. That is, of course, until I heard the shady backstory of Alex Ciceu's S52-swapped E30 M3. 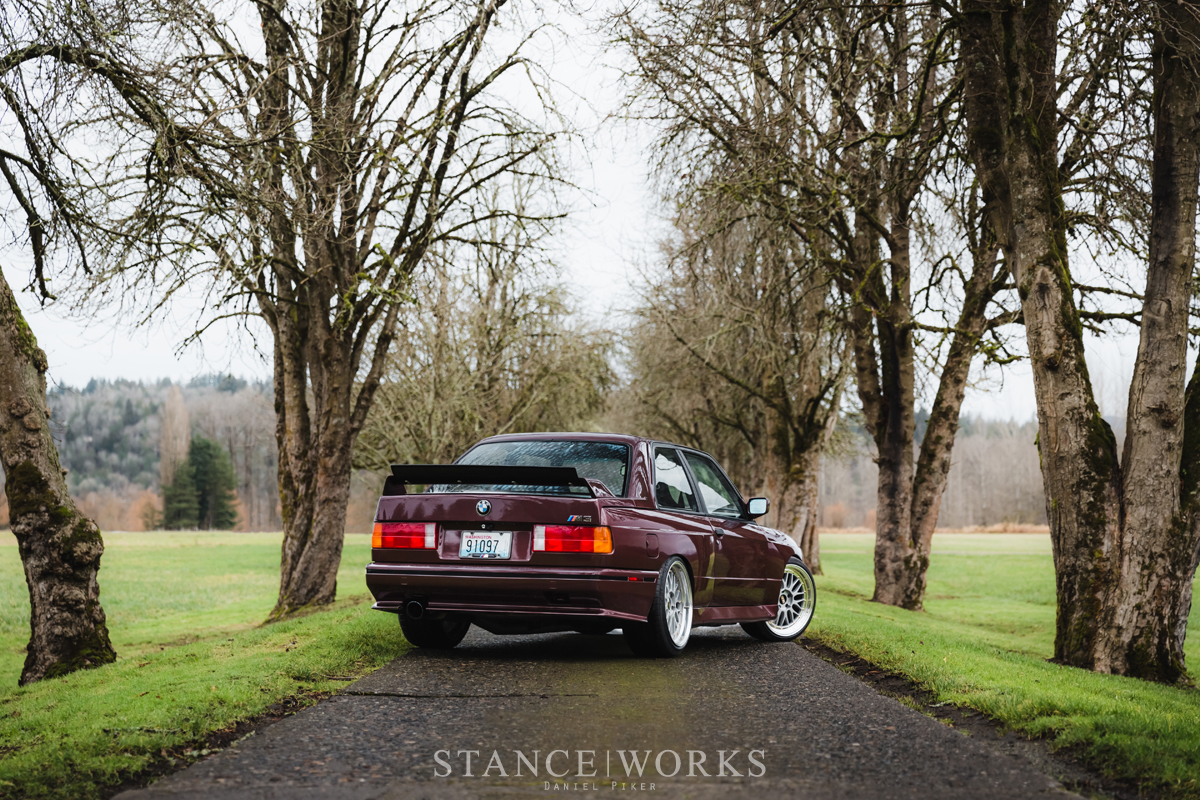 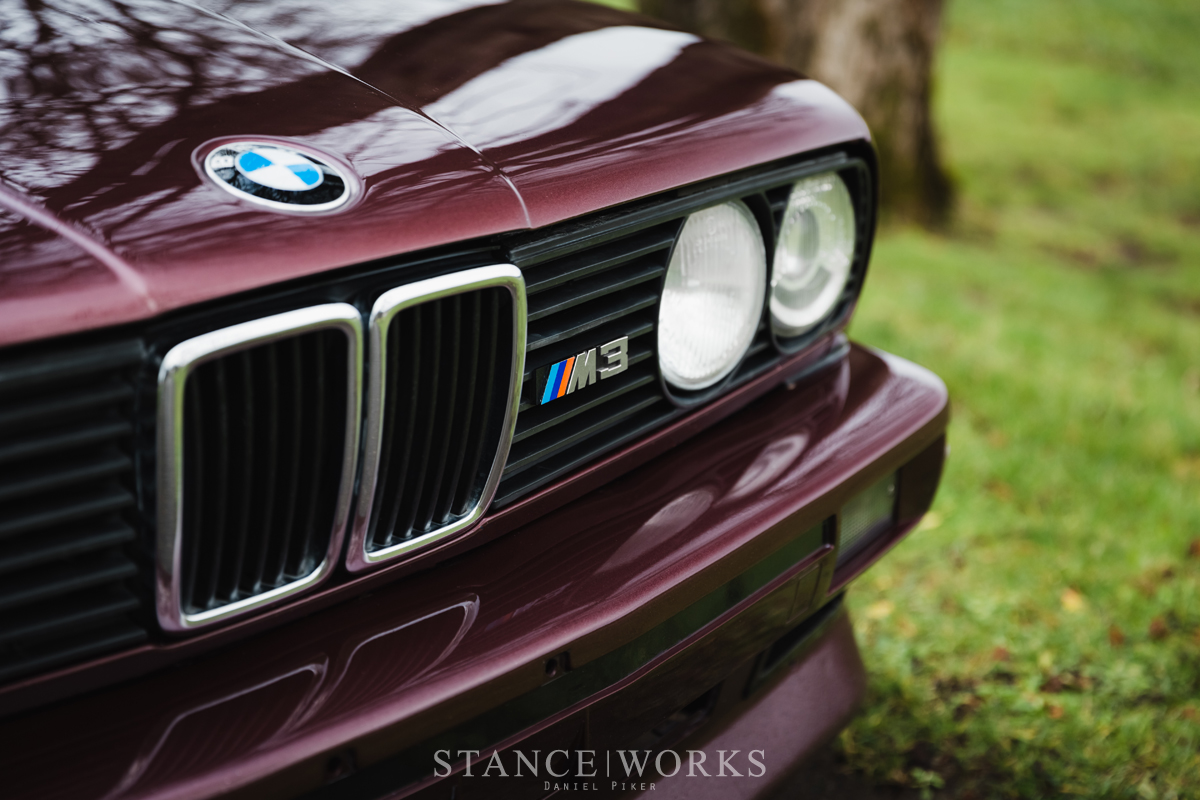 Peering inside and out of the E30 M3 at hand, one thing is clear: no expense was spared in building it. While it's relatively simple in nature, its the details, such as the BAR-legal status of the engine swap, that go to show how much care was taken to assemble it. The reasoning? It could be the obvious: a high-paying customer with a desire for things to be done right, no matter the cost. On the other hand, the rumor mill suggests darker beginnings for this particular machine. In fact, rumors say, it begins with "the mob." 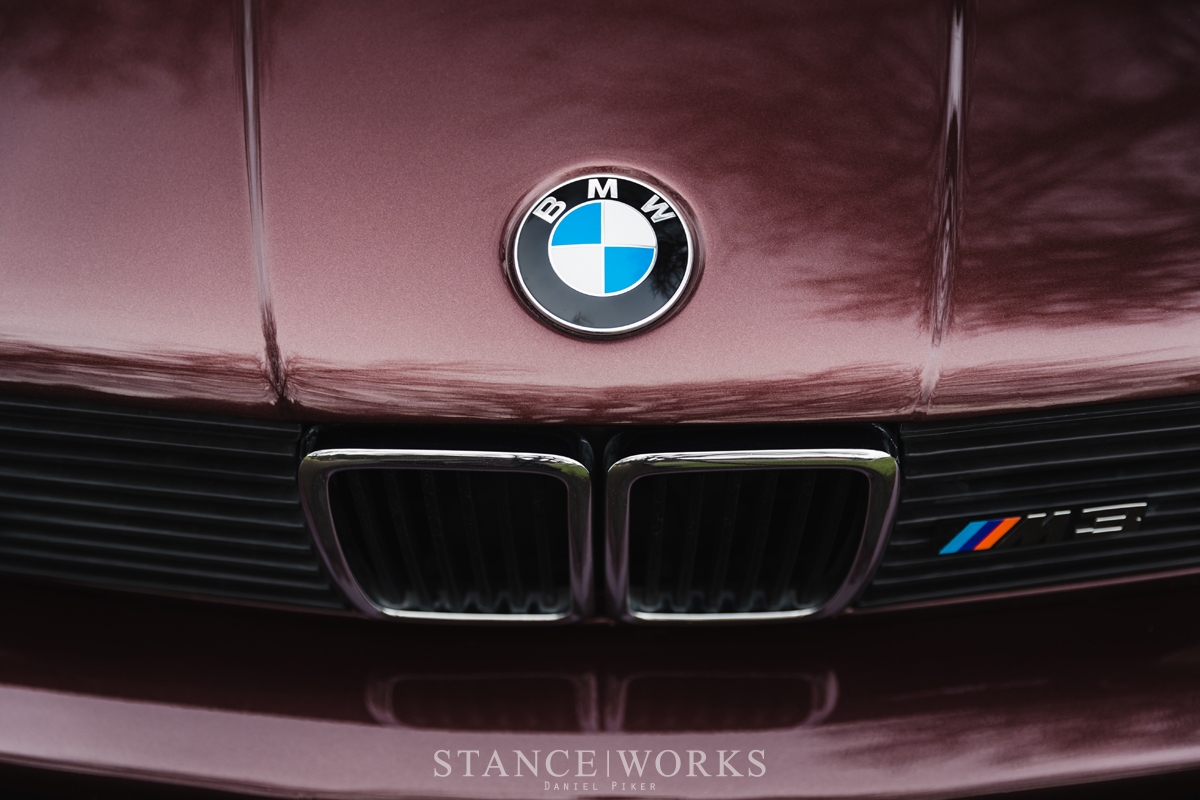 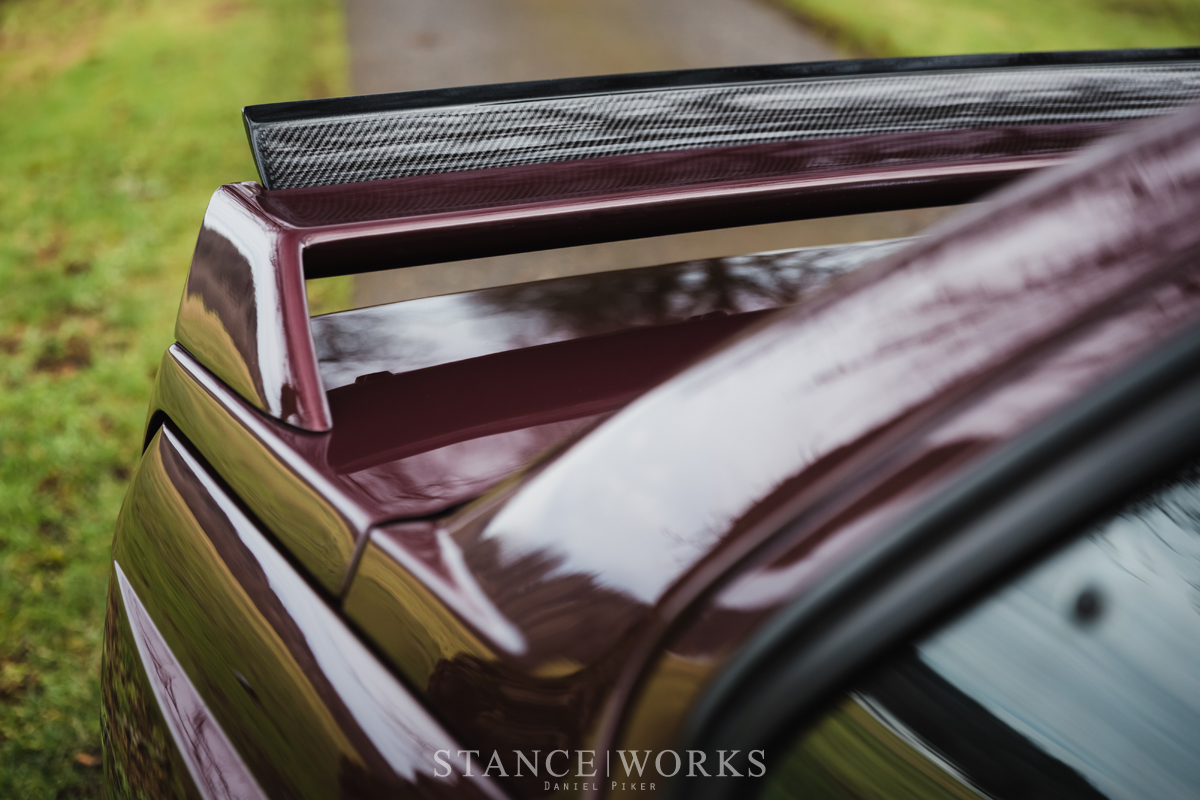 "The mob, in Southern California?" I know, I asked it too. Who knows, truth be told. Mobster, drug dealer, gang banger - it's anyone's guess. As the story goes though, the build of this E30 was commissioned by a fellow with sketchy ties to shady folks. With taste for M3s, horsepower, and top-notch parts, he enlisted the help of a shop to build the latest car for his collection. When the build, which includes the engine swap, a complete respray, and a complete suspension overhaul, took longer than anticipated, a crew of thugs arrived and roughed up the shop's techs and owner. 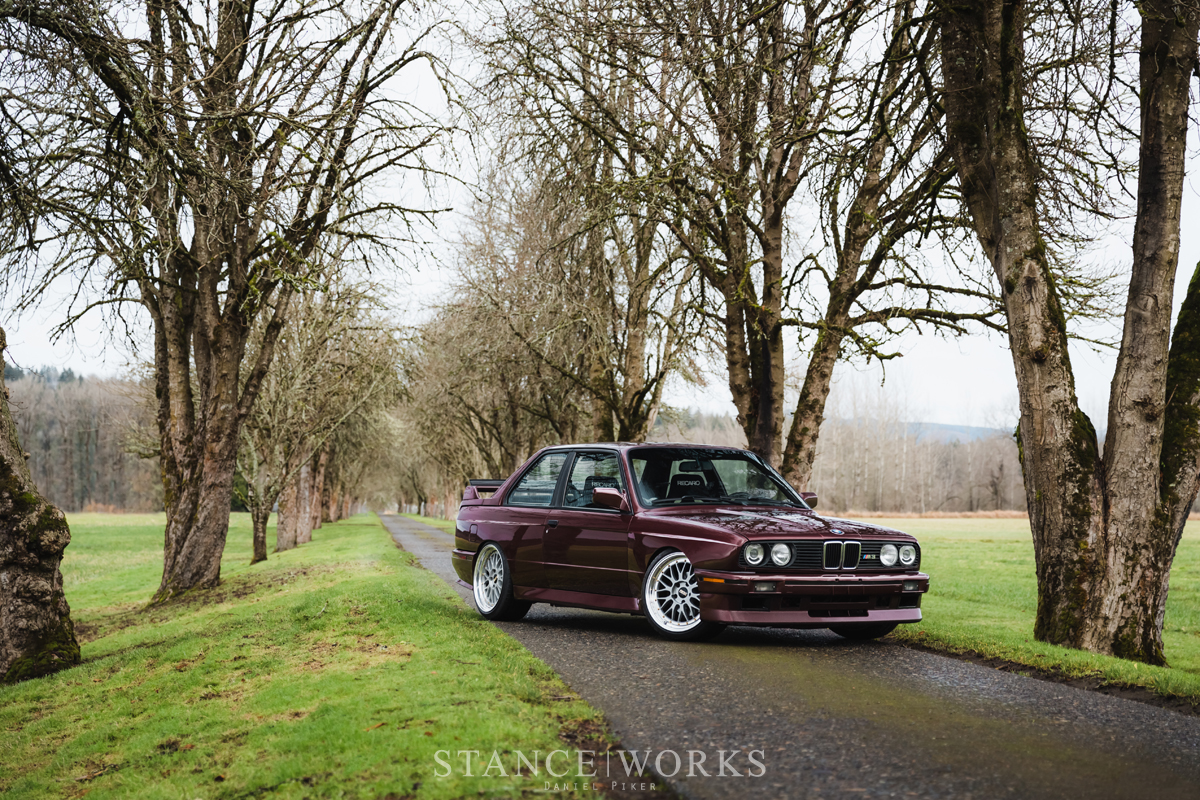 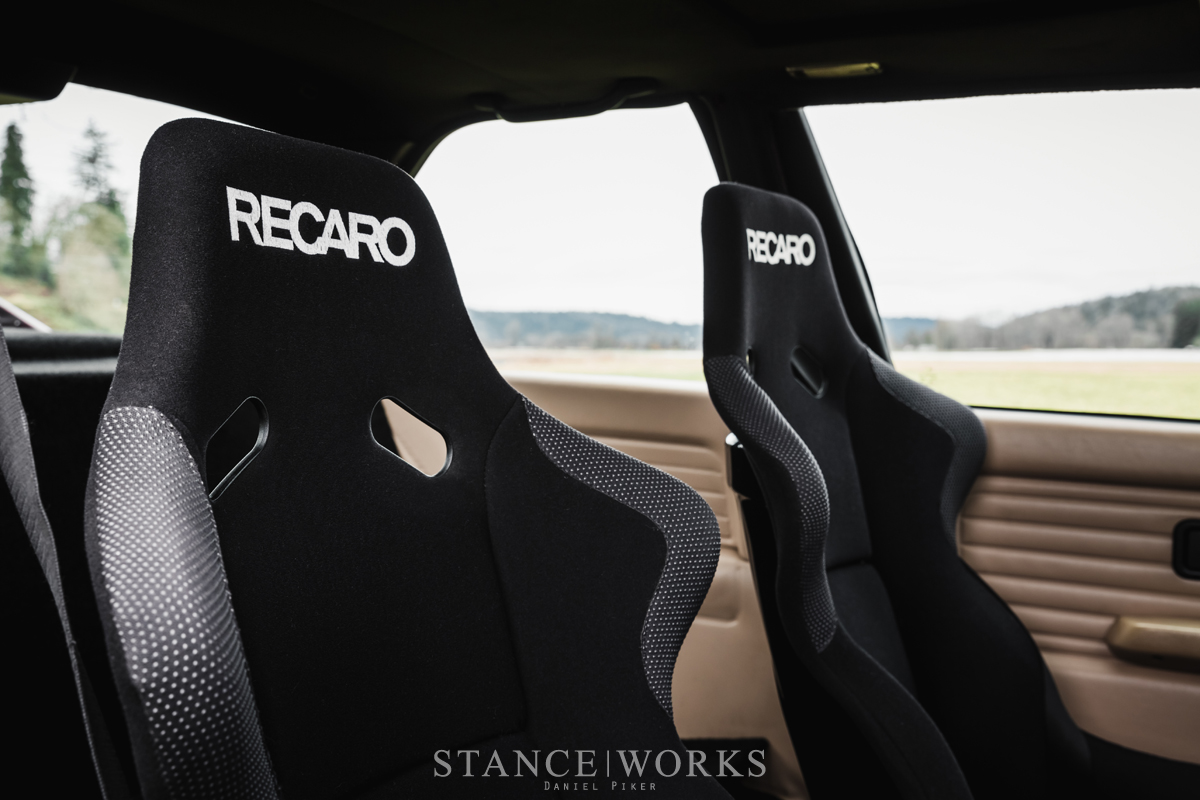 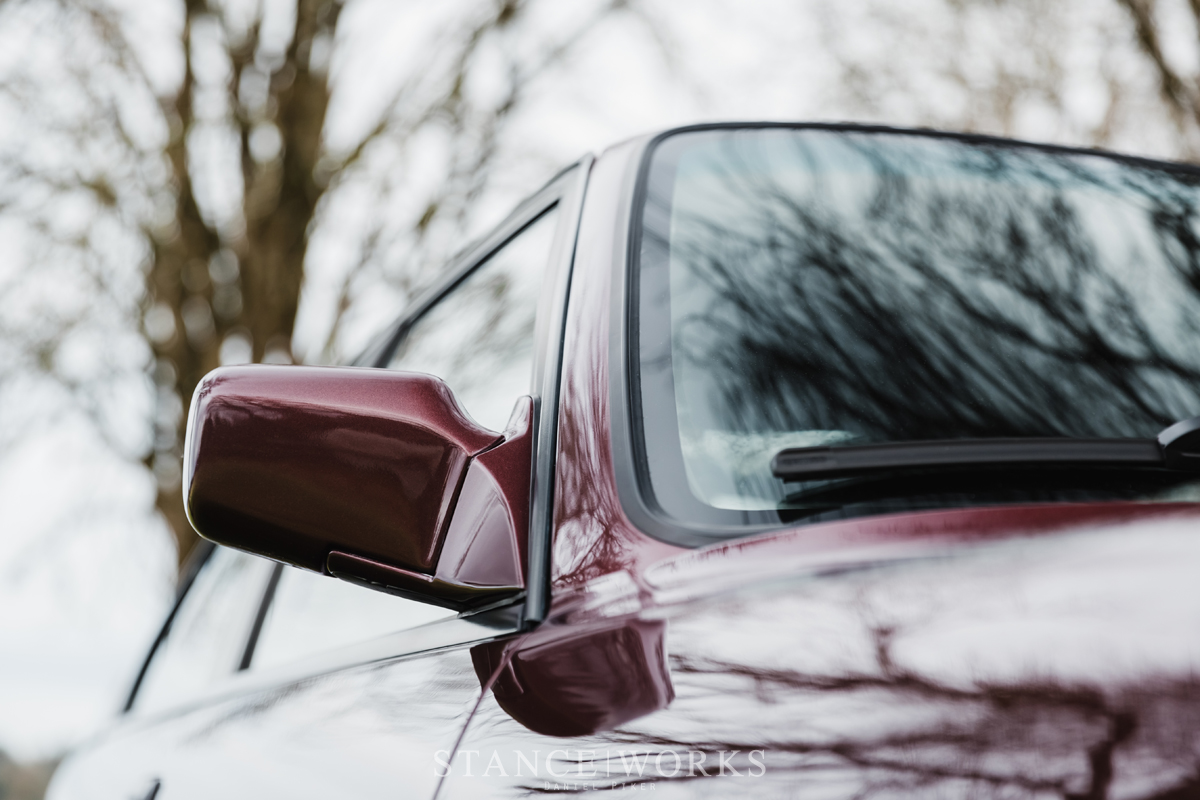 What happened in the interim is anyone's guess, but clearly, the car was completed, and with work that undoubtedly made our mystery man a happy camper. Ultimately, though, the car ended up in the hands of Alex Ciceu, a fellow BMW enthusiast from the Pacific North West. Luckily for him, a car with a questionable history yields some incredible work within it. 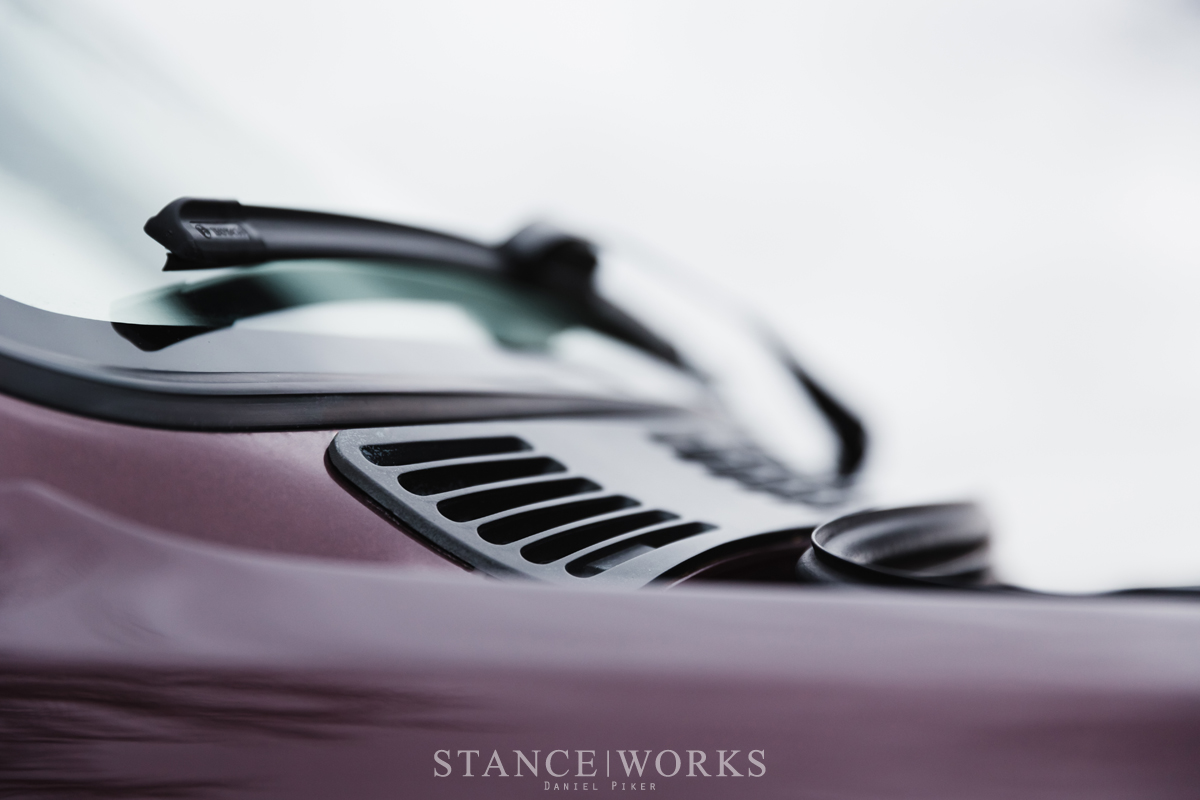 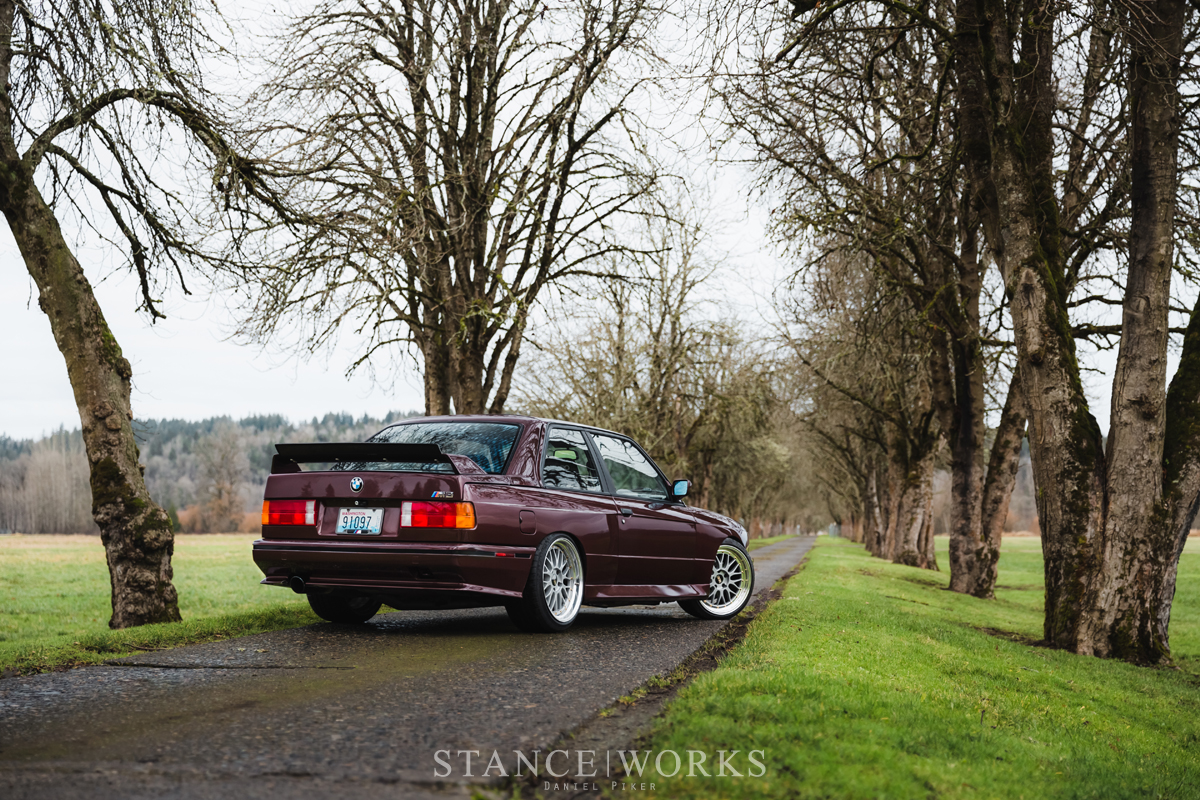 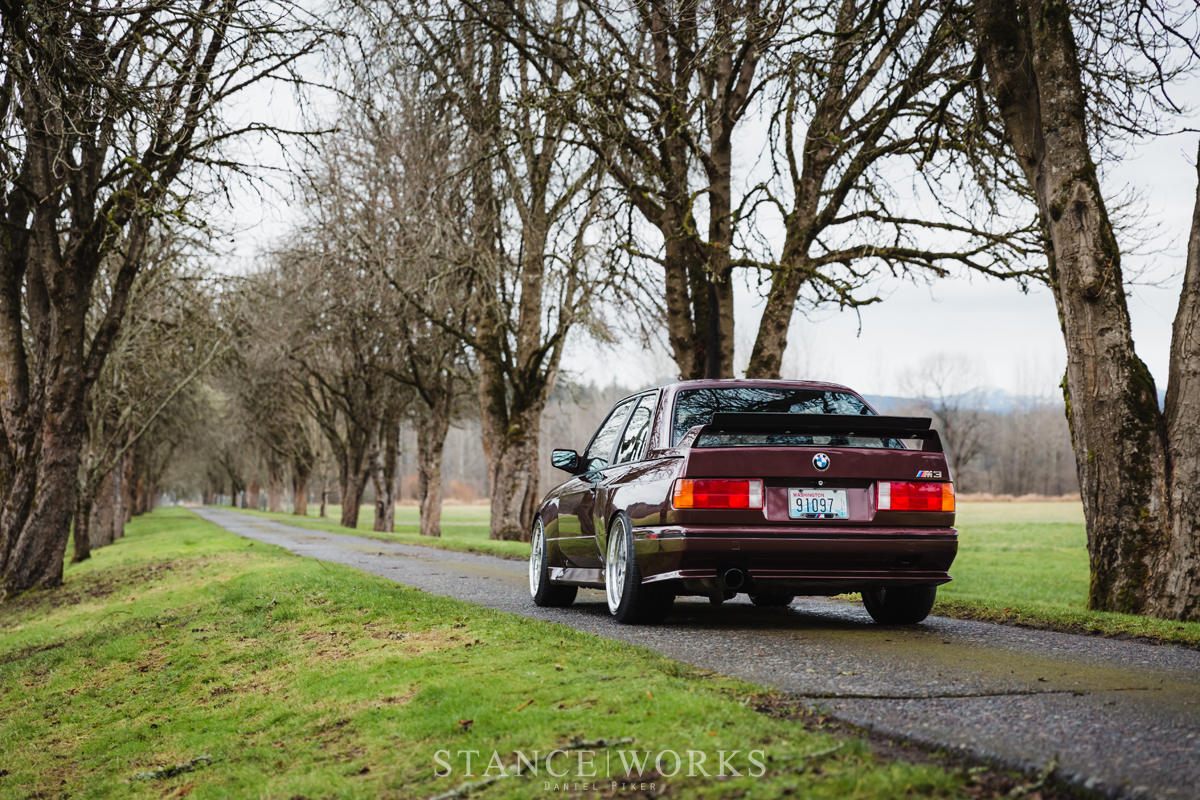 First and foremost, there are likely a considerable number of folks that lament the fact that the original S14 engine was tossed in favor of the American E36 M3's S52B30. We'll never know why exactly, whether it was due to a popped 4-cylinder engine not worth rebuilding, or perhaps simply a desire for something a bit more modern, more powerful, and cheaper to maintain. It was, at the time of the swap in 1999, the best option available, and undoubtedly the "bee's knees" when completed, and hints to the type of owner this car originally had. In fact, with receipts present with the car, it was a swap that cost more than $30,000 at the time, in part thanks to the fact that the engine was pulled from a nearly-new E36 M3 with only 1,000 miles present. Whatever the reason behind the swap, the S52 looks right at home under the hood, professionally swapped with an OEM execution. With components like a complete 3" exhaust, Turner power pulleys, and an intake, it's relatively tame; however, such mods do allow for a BAR-legal swap status. For the non-Californians, that means the car is 100% road-legal and register-able in the Golden State, an uncommon, and often expensive feat for engine swap cars on the west coast. 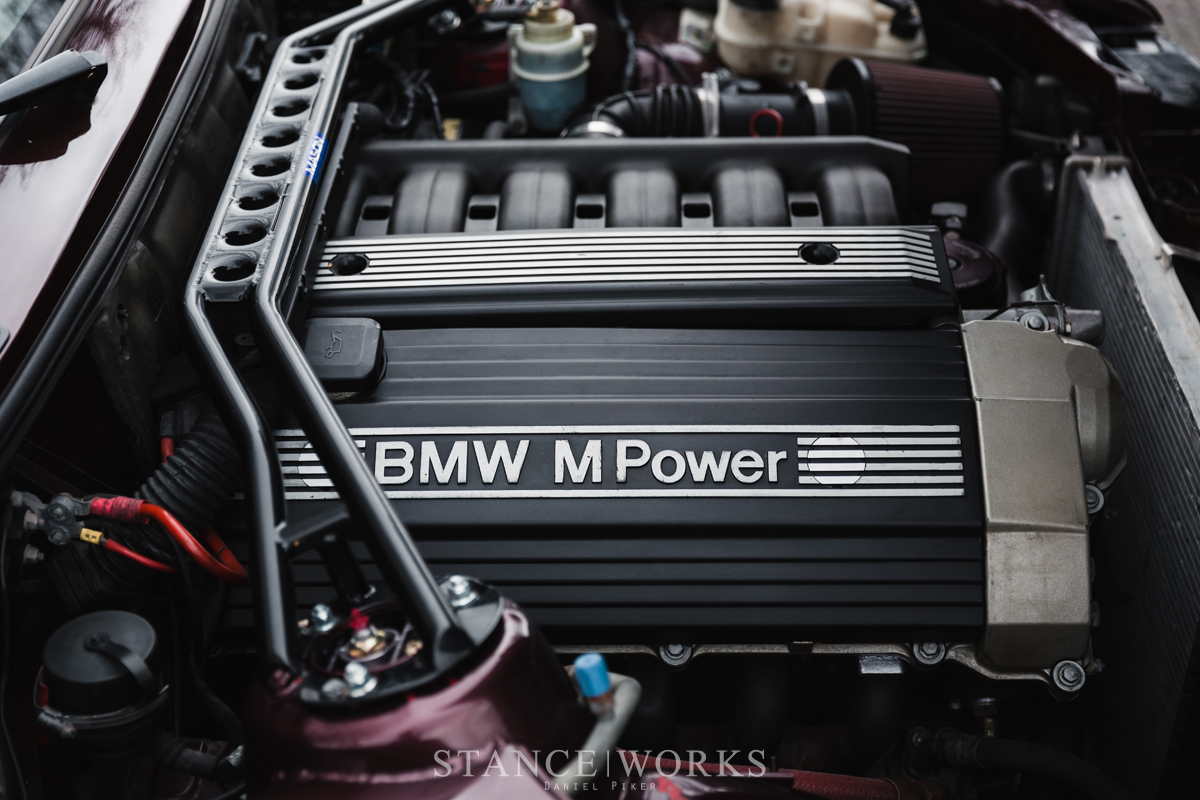 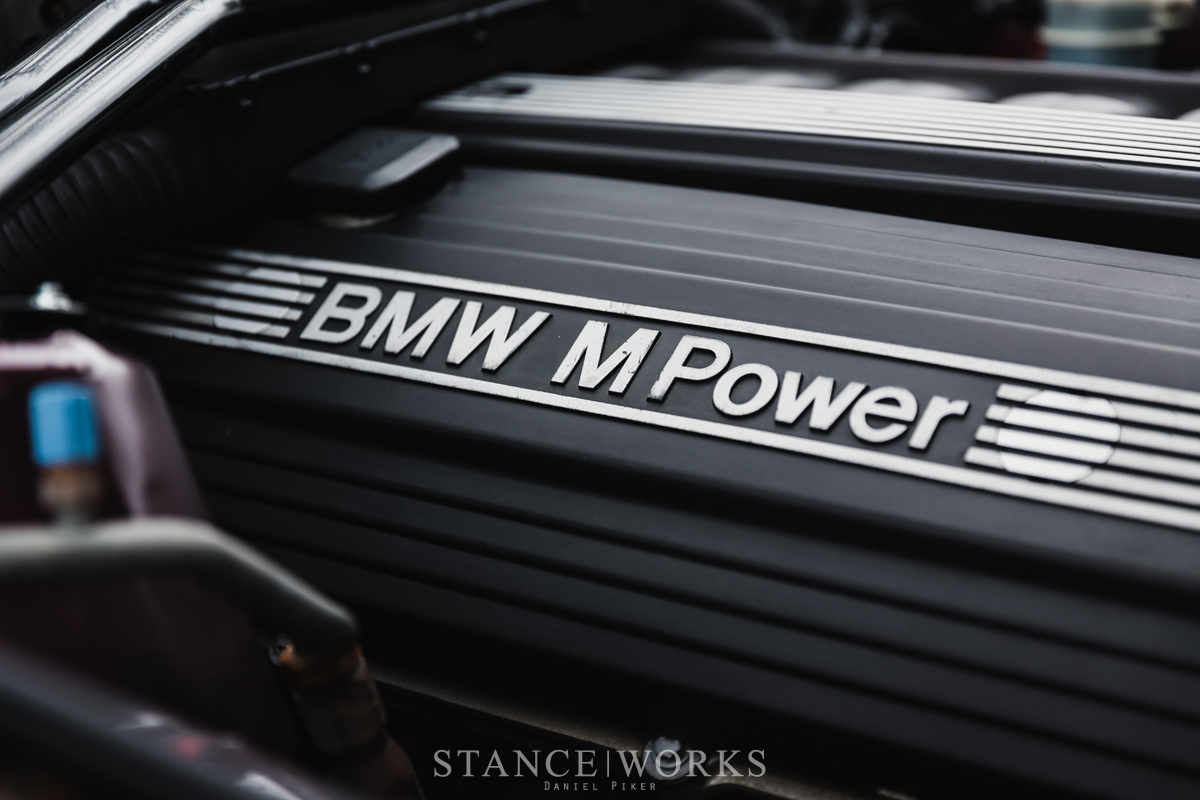 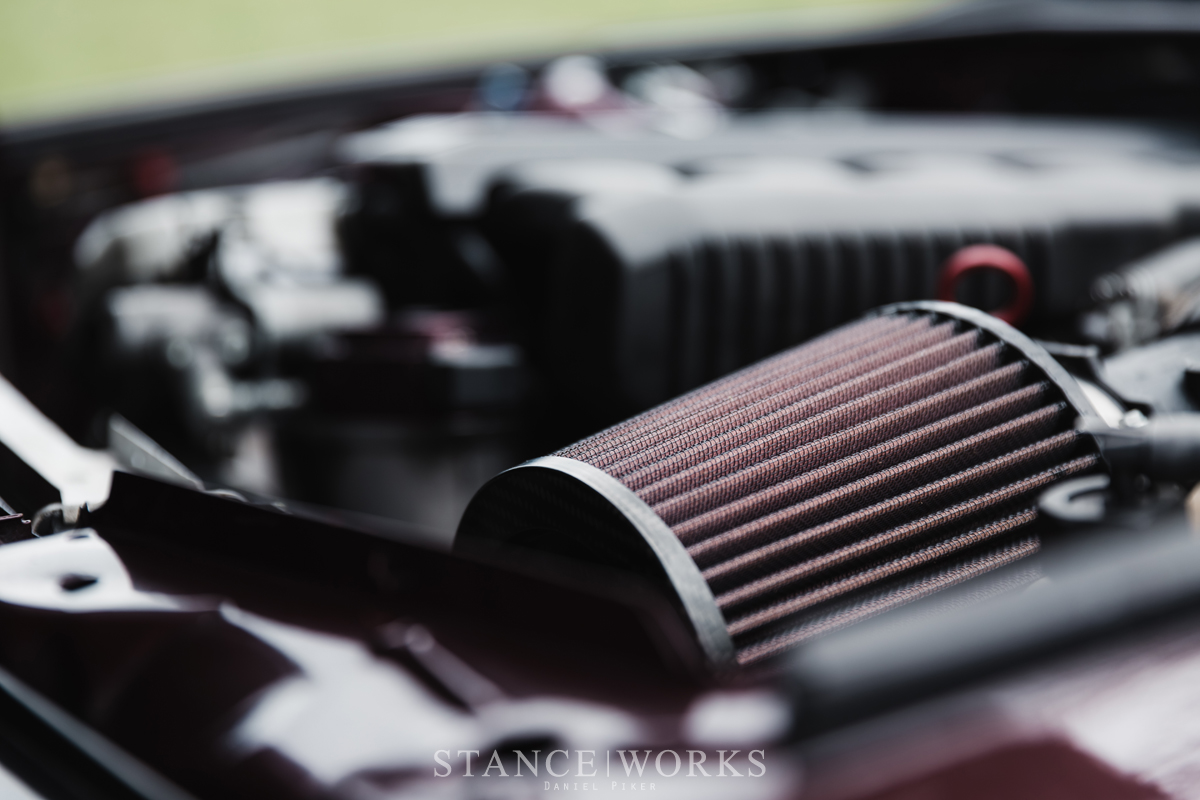 Pairing the $30,000 engine swap with a complete respray, to the tune of $10,000 in '99 as well, it's clear some serious coin was spent on this machine. The respray to Merlot Red includes the jambs and the engine bay, leaving no trace of the car's original shade and hue. The new choice of color is by most measures, conservative, and plays incredibly well with the rest of the mods chosen for the build. 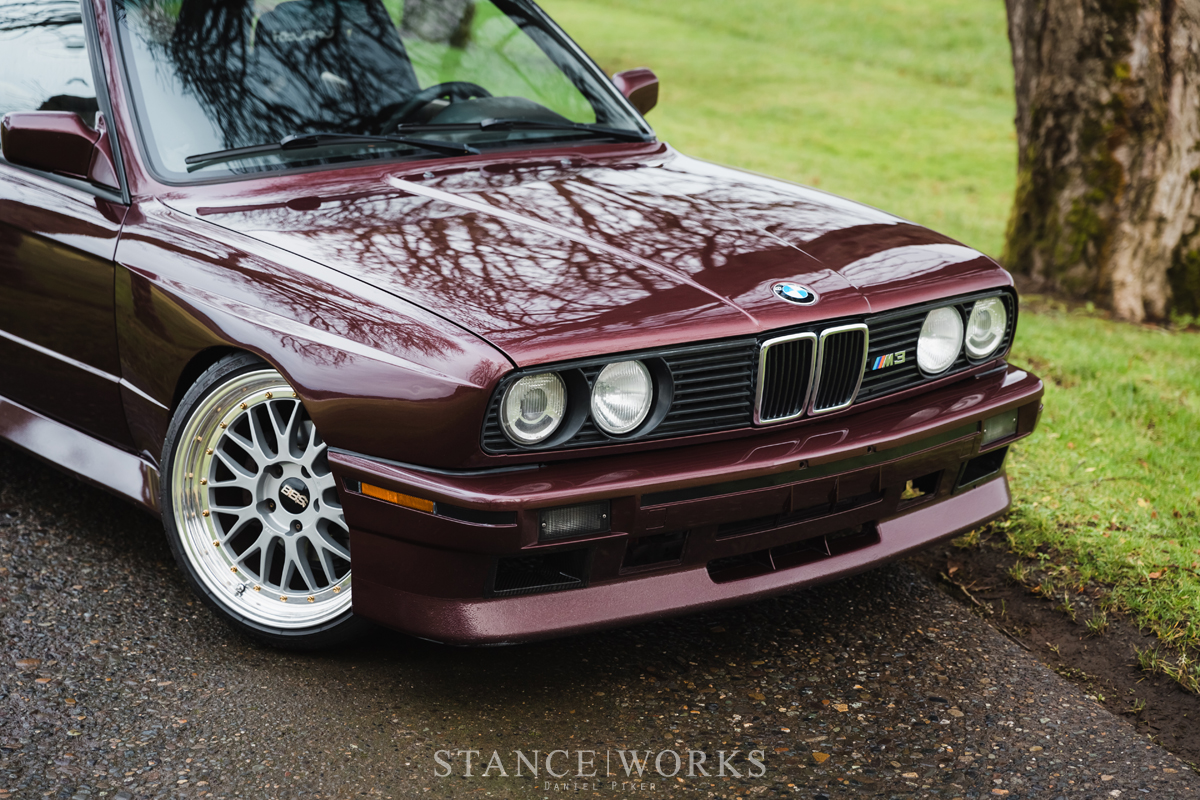 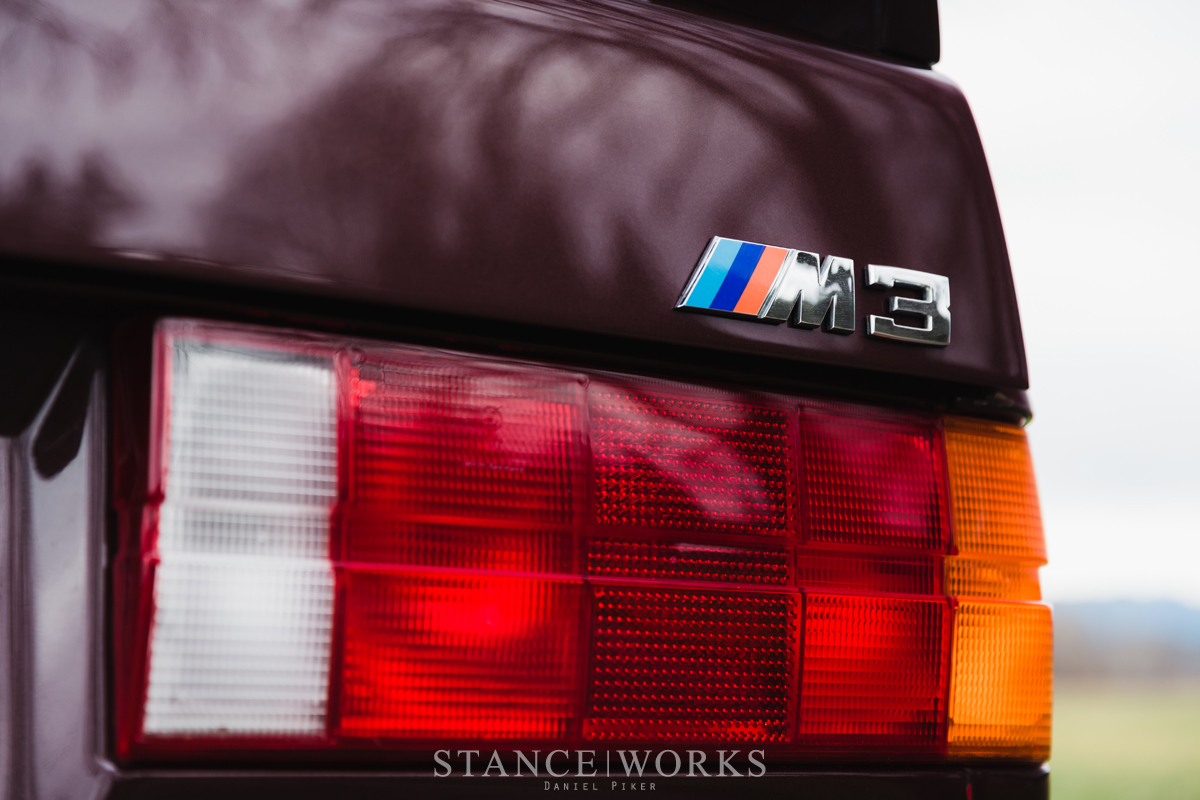 Details on the inside are similar, if not at least sport-minded. Ancillaries like the radio, speakers, and center console have been deleted in favor of minimalism, and a set of black Recaro SPGs offer sporty seating and a two-tone aesthetic to the tan interior. An AKG Stage 2 DTM-style shifter sits proudly through the trans tunnel, hinting to the lively heart of the car to passers by that peer through the window. Black carpet runs throughout, including replacing the parcel shelf, finishing things out for a clean and simple interior for a driver-minded car. 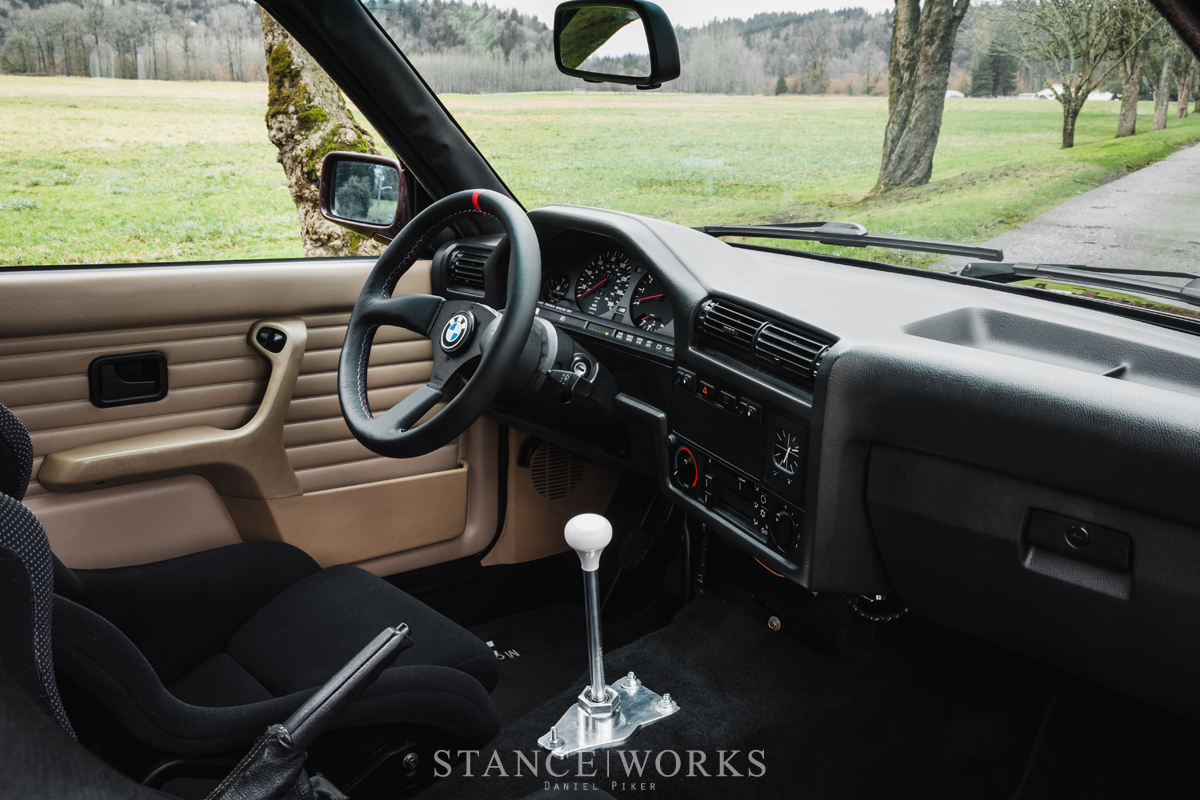 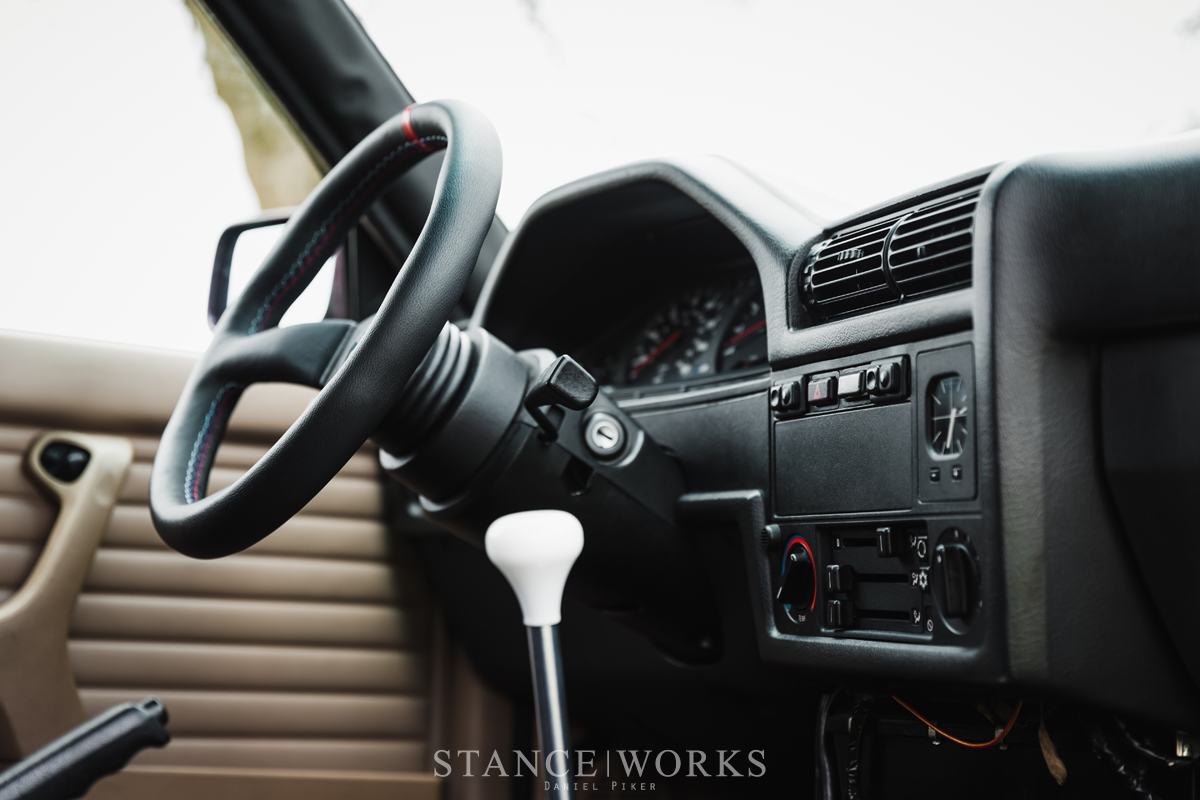 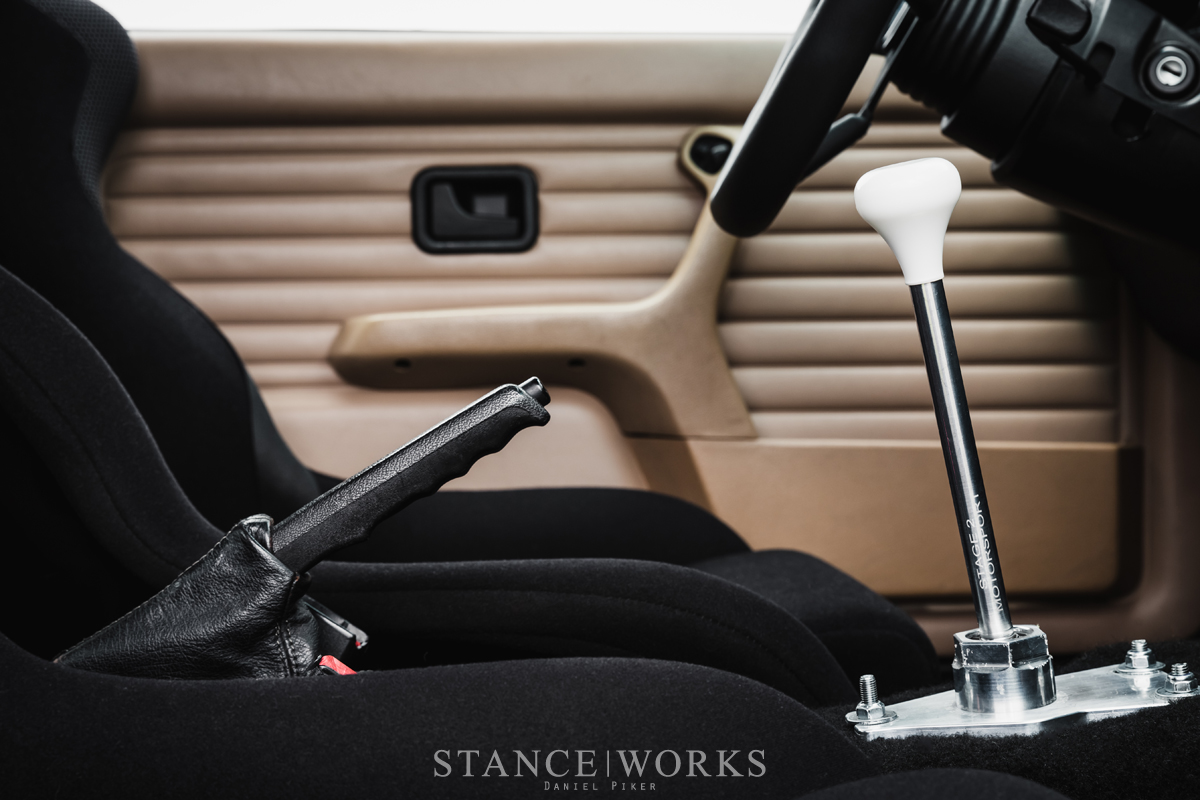 Of course, no M3 is complete without attention to its driving dynamics. Aiming only to improve, a set of Ground Control coilovers with hybrid camber plates were chosen for the basis of the running gear. Ireland Engineering sway bars, front and rear, were paired with the coilovers to maximize grip, and Mason Engineering strut bars, subframe bracing, shock tower bracing and reinforcement, and a diff mount brace all help stiffen the chassis up. Treehouse Racing eyeball arms and poly mounts are used throughout the car, leaving the suspension with little left untouched. 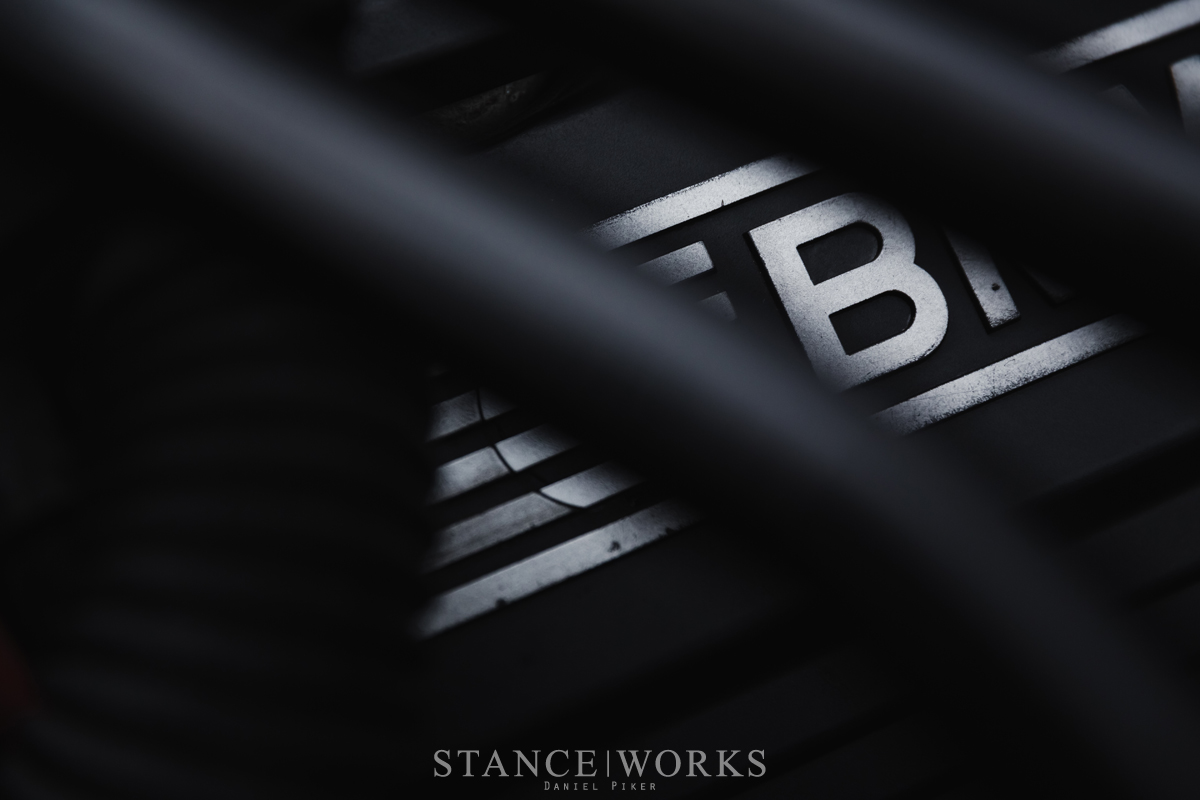 For the rolling and stopping equipment, there was no better choice than authentic BBS LMs. Measuring out to 18x9 and 18x10, the wheels, wrapped in Michelin PSS tires, fill out the wheel wells entirely, allowing for a low-slung look without the sacrifice of ground clearance. StopTech slotted rotors and stainless lines lurk behind the brushed and polished wheels, and of course, they help provide the stopping power needed on track. 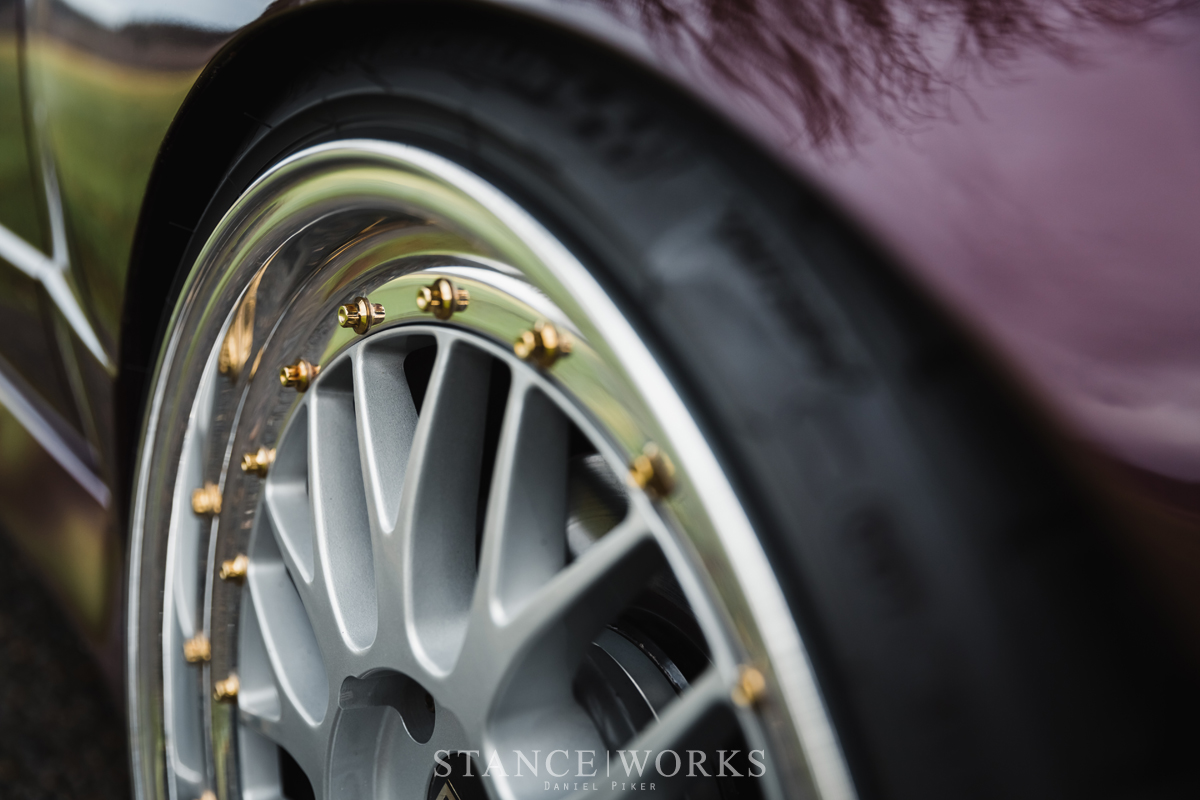 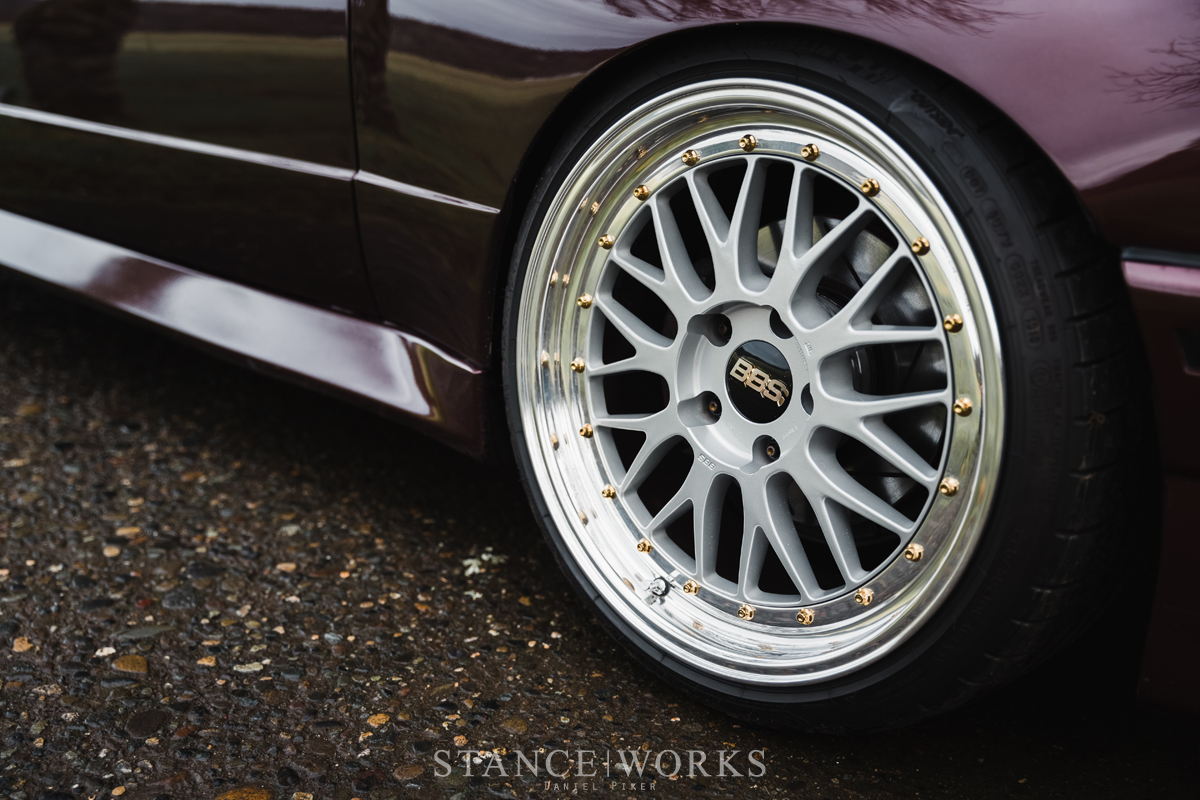 That of course means the car is used and abused on the street and the circuit. A set of MK Motorsports with Hankook RS3s are subbed in for track duty, and all of the components used in the build are put to work and through their paces. Whatever this car's history and roots may be, we can at least be thankful for a mobster with exquisite taste in automobiles. Or, otherwise, we can thank the well-off enthusiast who thinks just like we do. Lastly, we can thank Alex Ciceu to sharing his pride and joy. 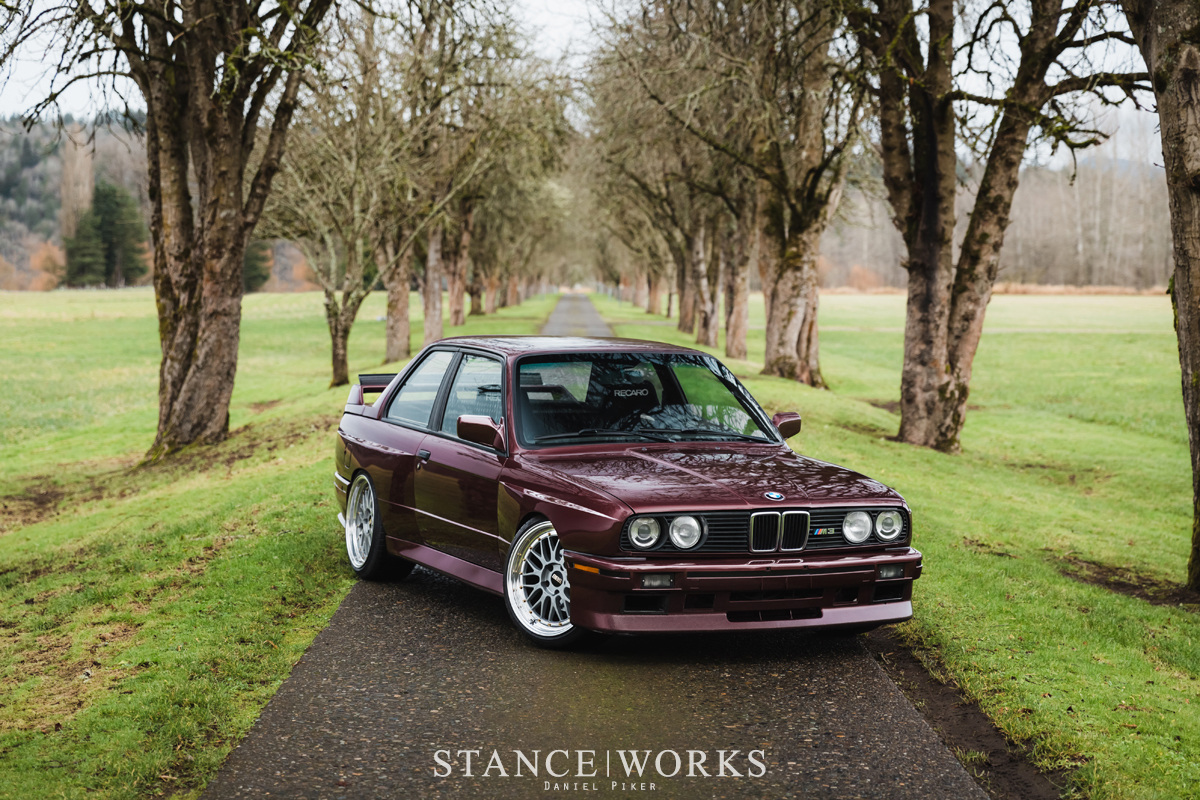