The E36 hasn't always been the car it is today. For years, it has spent time as the least-appreciated M car of them all: a sort of "every man's M3" lacking the intricacies that make the Ms that precede and succeed it so special. A decade ago, it was claimed that E36s would never be worth their weight in steel: they simply made too many of them. However, in more recent years, the E36 platform has come into its own, shining bright as a platform that is perhaps one of the best performing cars-per dollar money can buy. Values have risen tremendously, and in some cases, can be outright surprising. The E36 M3 is back, and with it come a host of cars that embrace everything that makes the E36 special, and then some. This one in particular, belonging to Narek Isayan of Garage Welt fame, pulls from several facets to become what he considers everything the E36 should be. 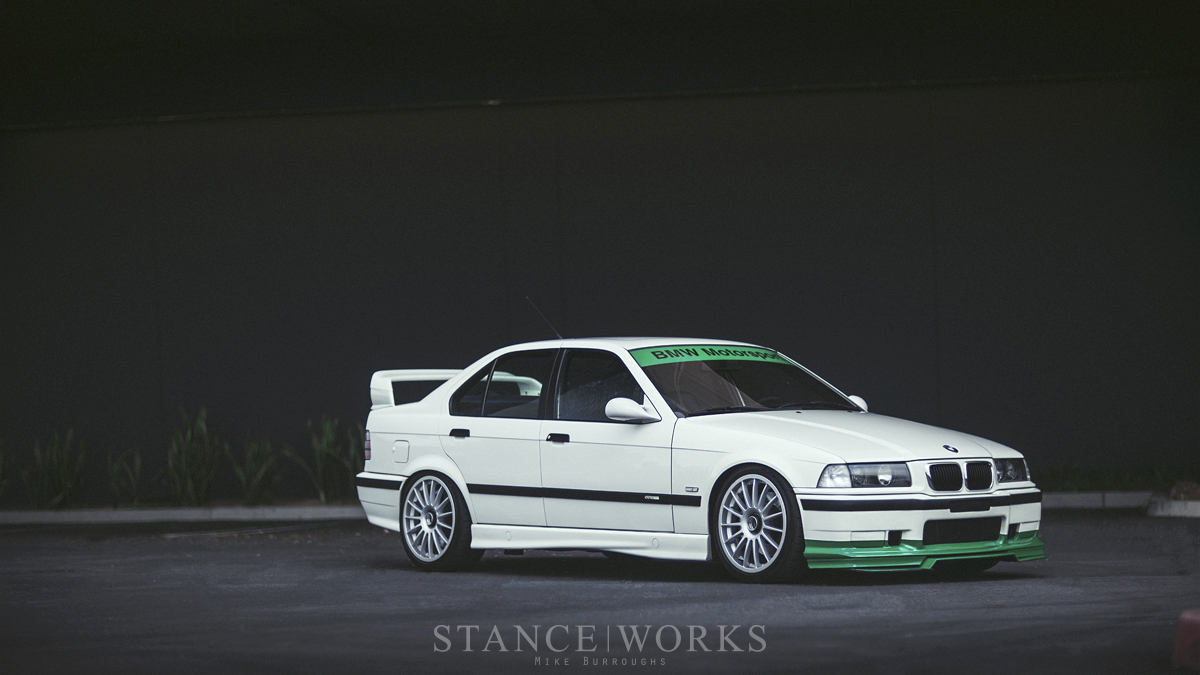 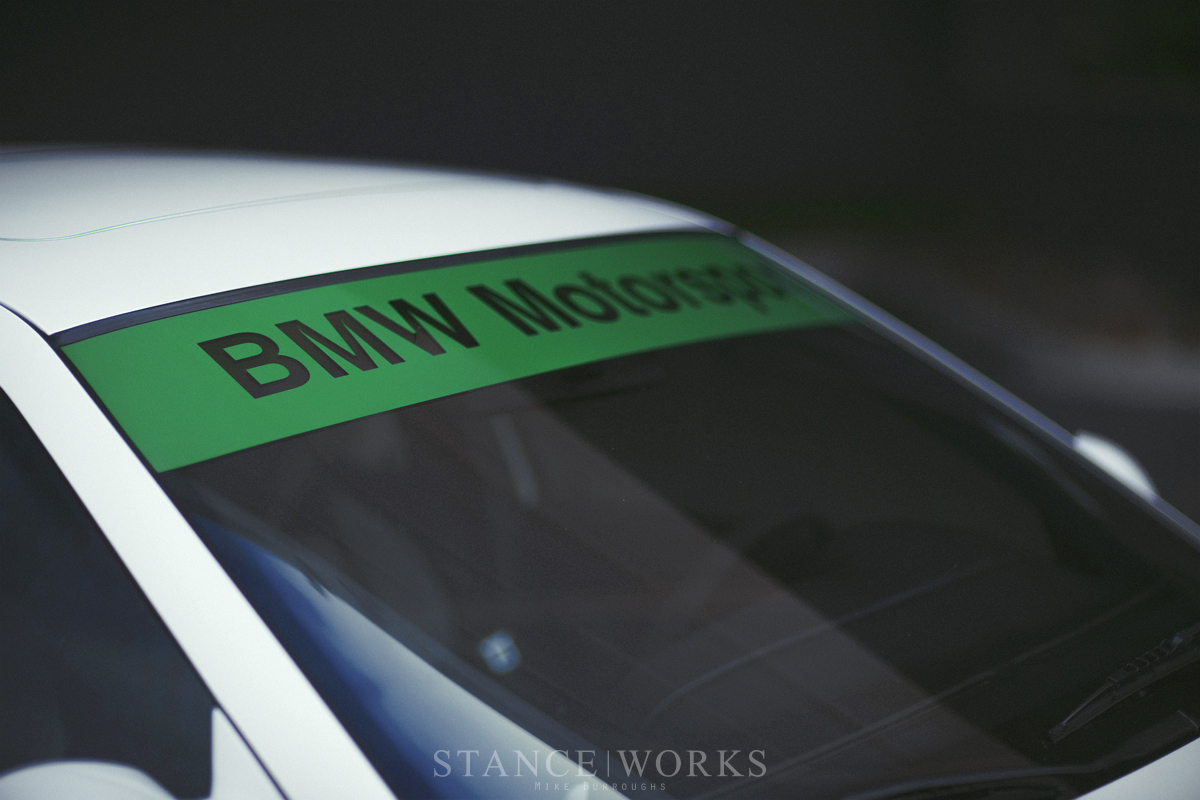 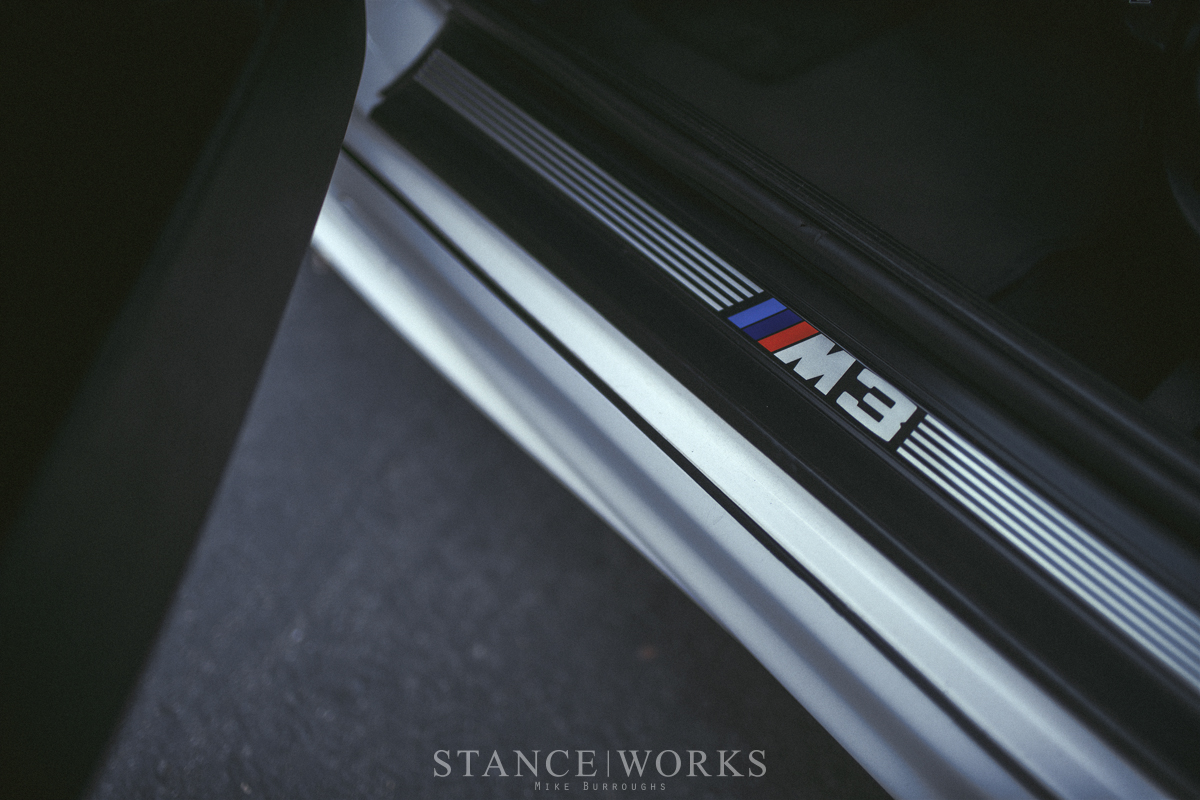 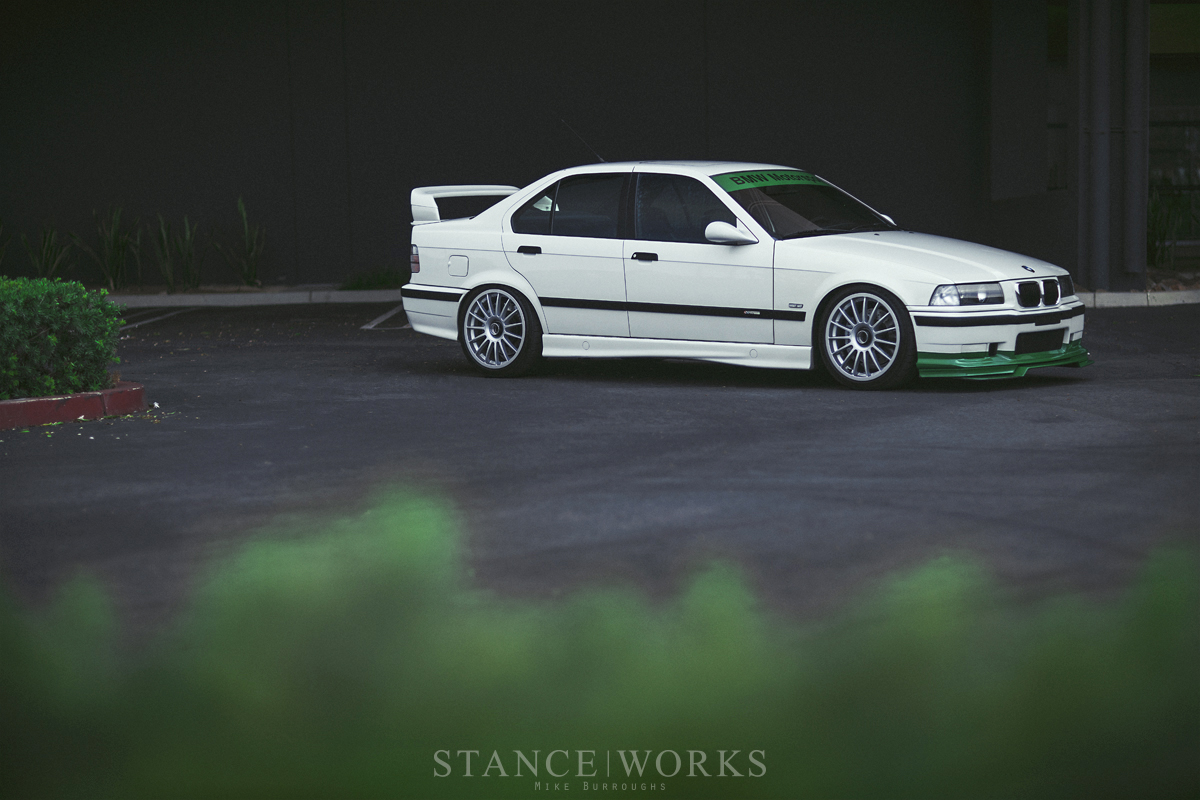 Narek refers to it as a "Clubsport" take on the E36: a hybridization of street and motorsport ideologies. Narek pulled inspiration from several aspects of the E36's lineage and provenance, beginning with the LTW. In 1995, BMW released the Lightweight (LTW) M3, a homologation-special that weighed in at a considerable 200lbs lighter than the standard off-the-shelf counterparts. The LTW cars were limited to just 125 units in production, and were each fitted with (or included in the trunk) the iconic "LTW High Rise" spoiler, an adjustable front splitter, and a number of other components. All 125 LTWs were white M3 coupes, meaning the sedan fans are left hanging when it comes to a counterpart. Fittingly, Narek built his own. 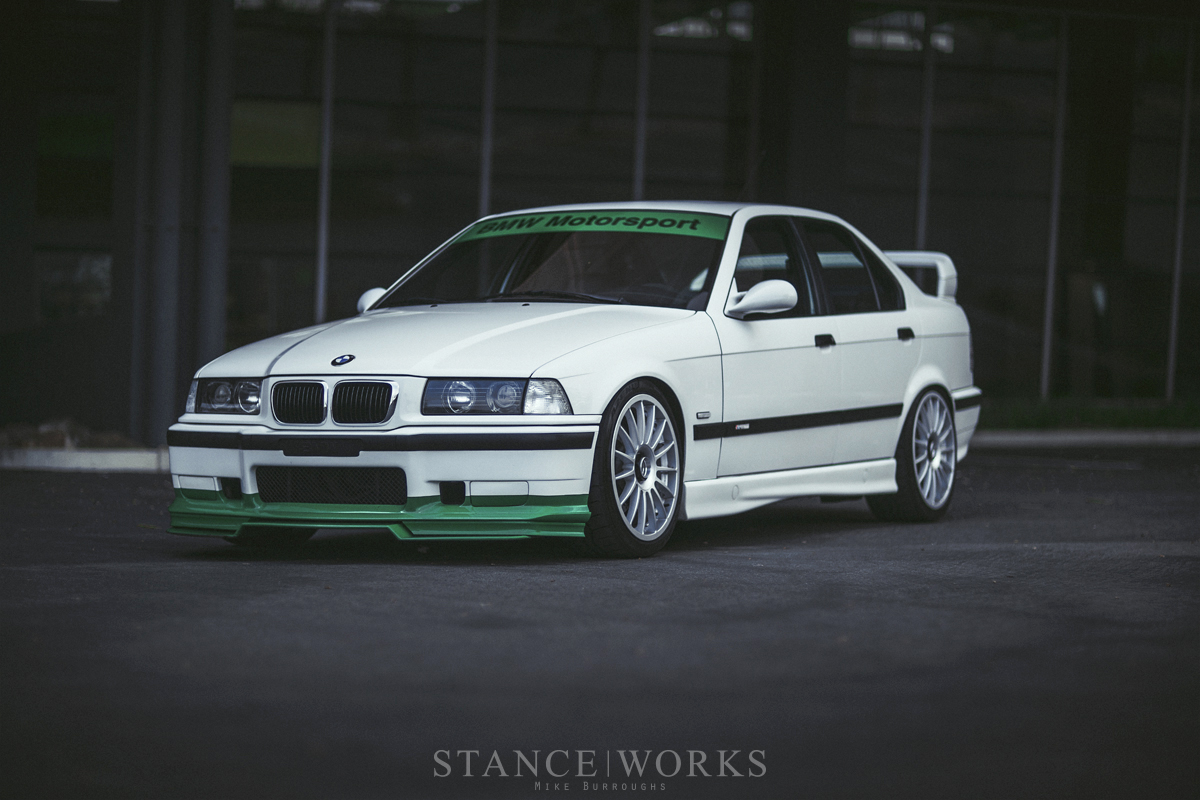 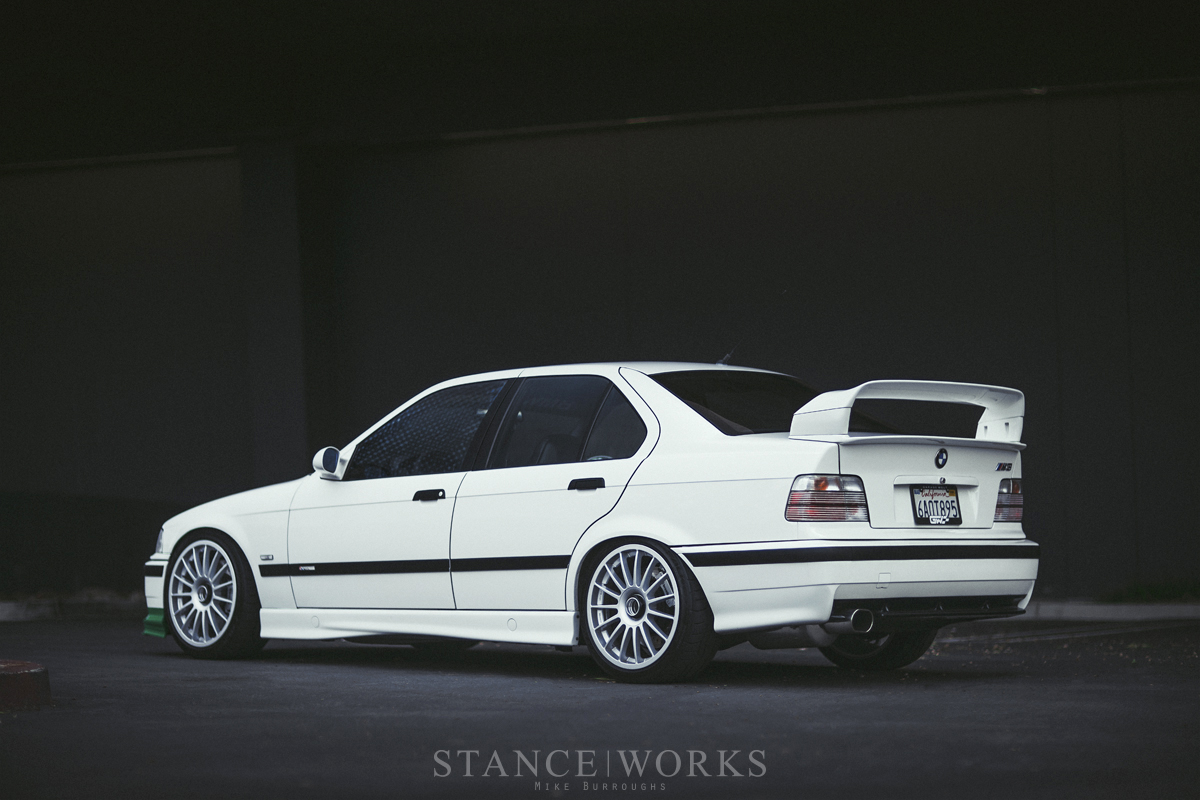 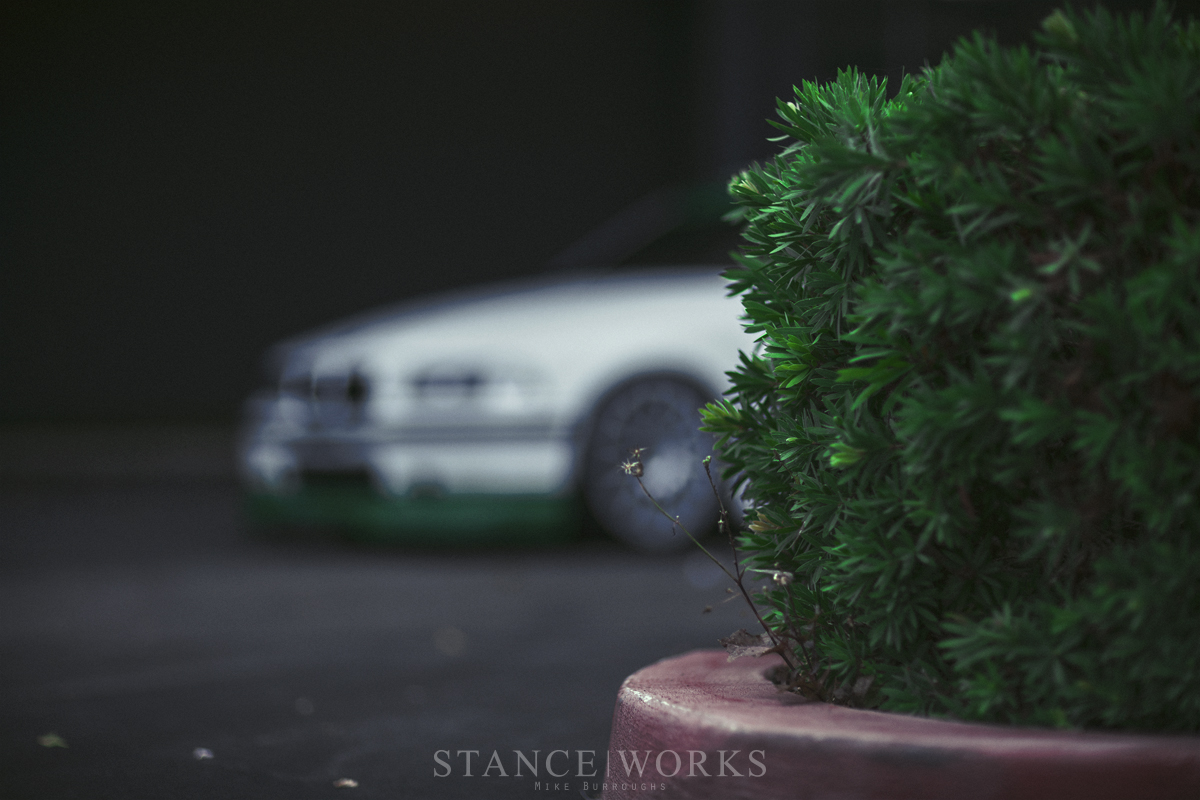 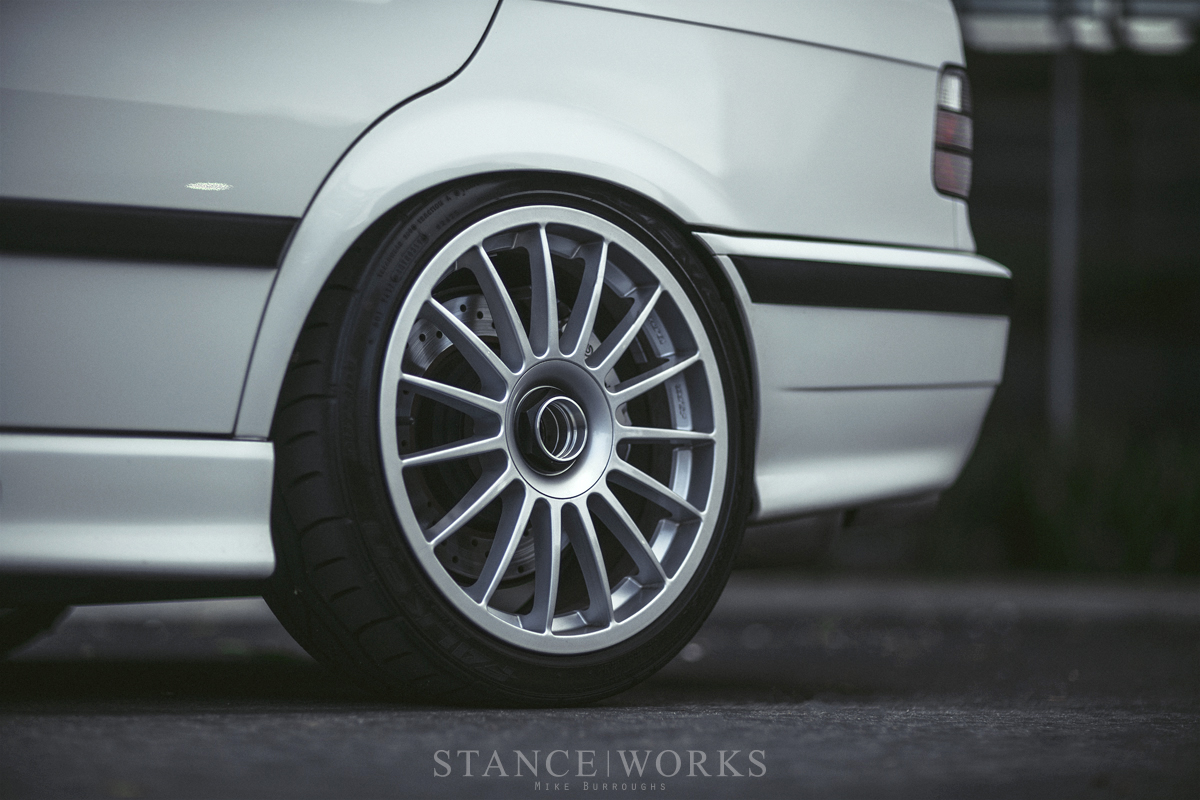 Of course, his car doesn't have all the bells and whistles: the LTW coupes were fitted with aluminum door skins, for example, which would be above and beyond the call of duty for a daily-driven sedan project. However, it's clear that Narek's build sports the same flavor and ideals, with the LTW's namesake pieces of aero helping to define the overall style and character of the build. Furthering the ethos of the build is a clear and present inspiration from the SuperTouring E36 320i racers from the early to mid 1990s. Almost exclusively built from white sedan chassis, Narek's car is right at home. 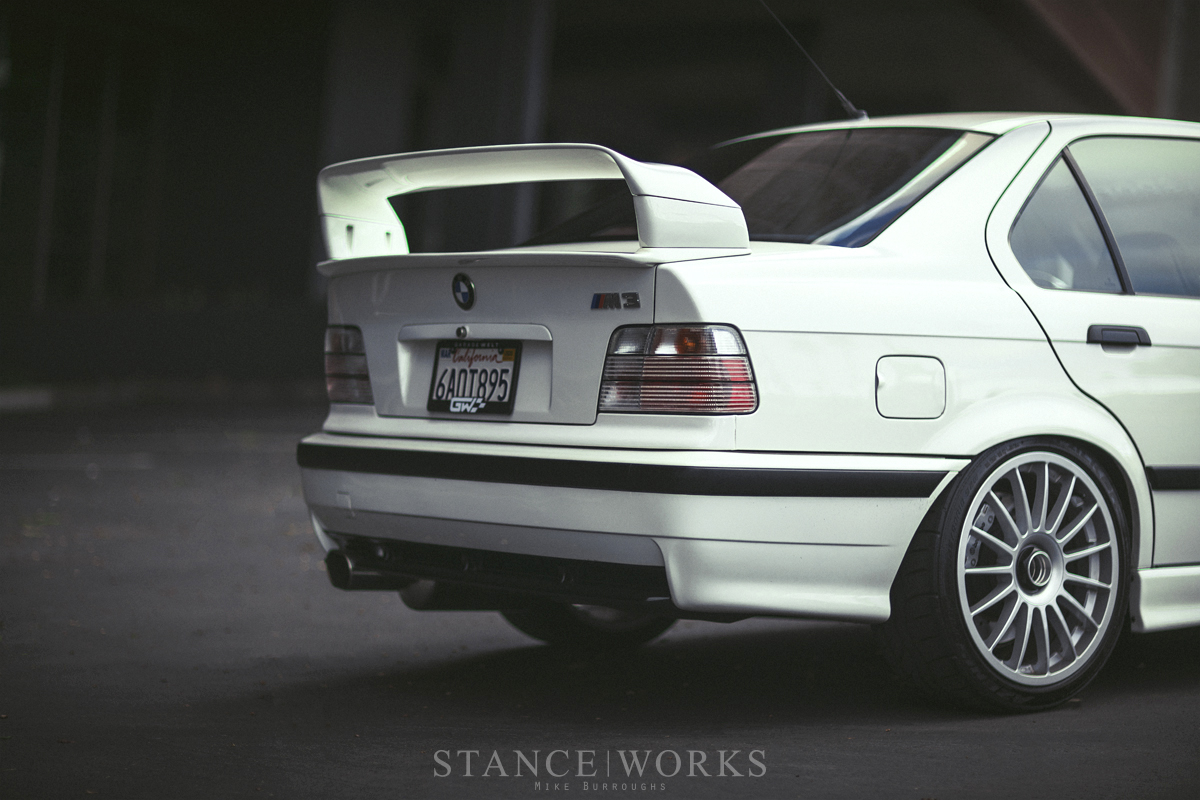 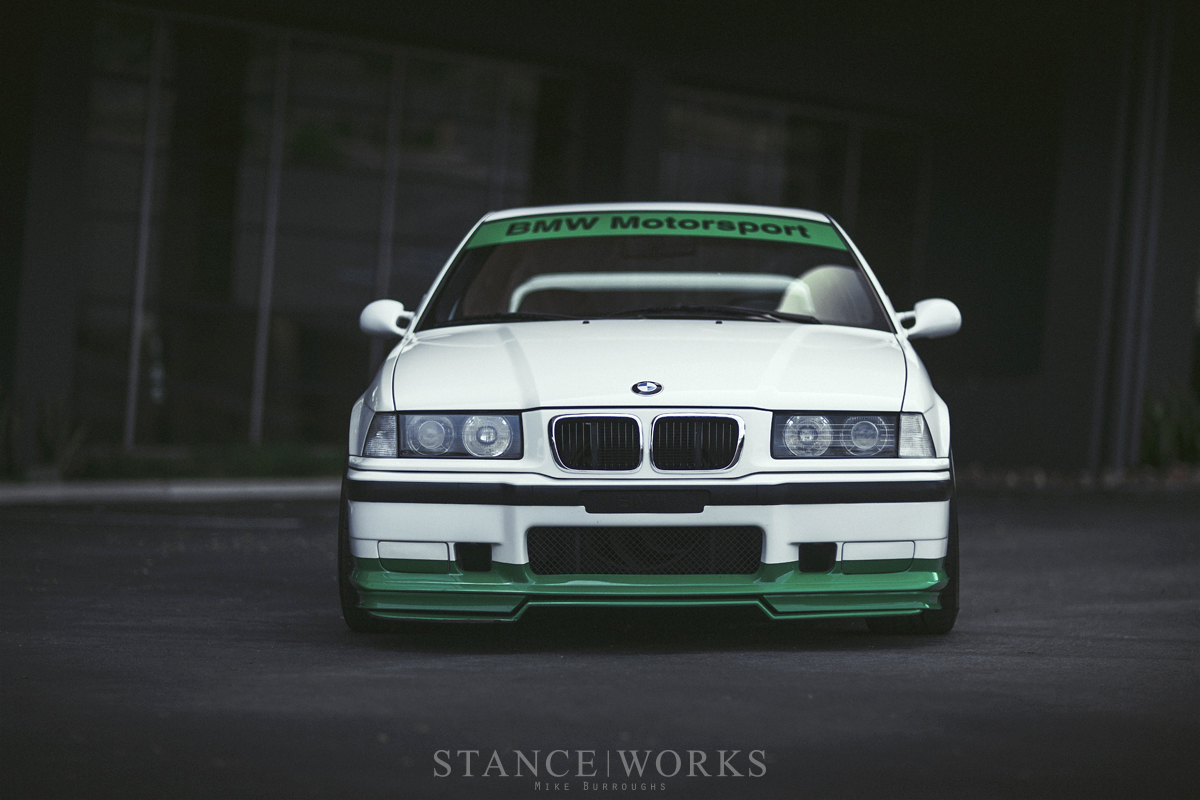 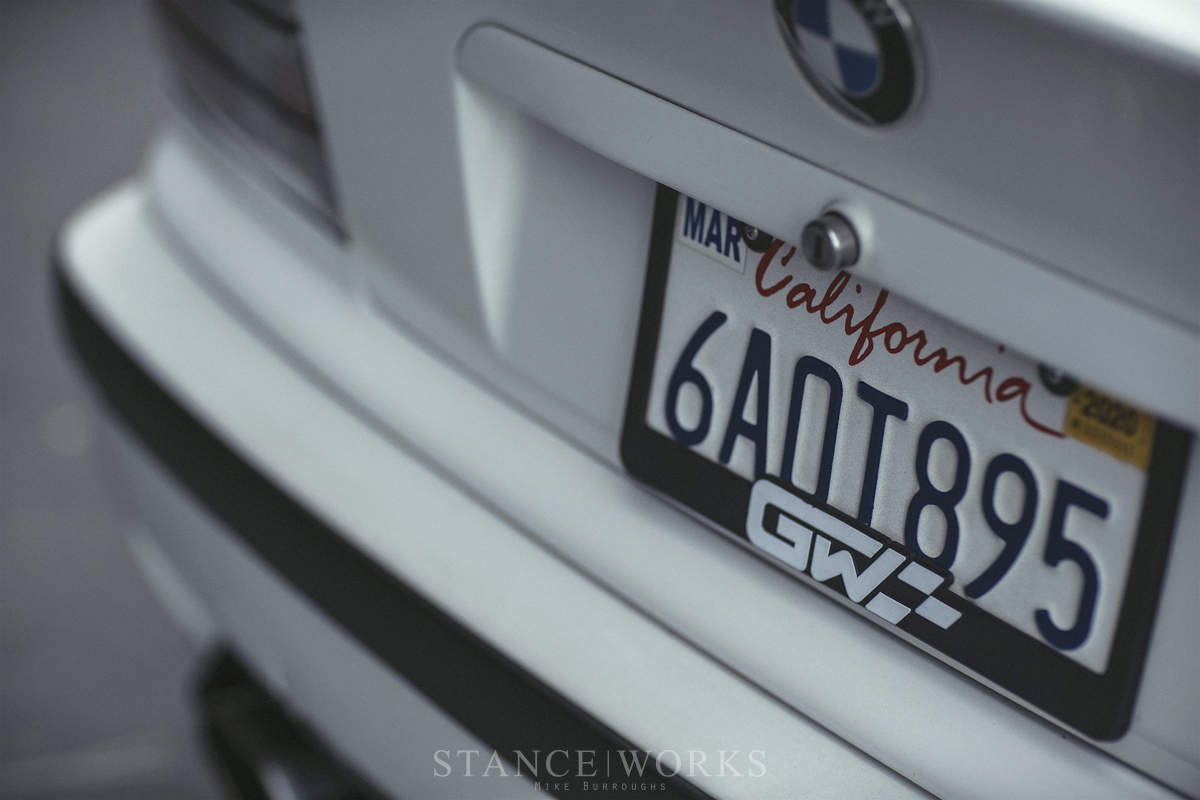 The SuperTouring (STW = Super Tourenwagen) E36 featured a number of unique components, most notably the implementation of the S42, a 300+ horsepower 2-liter four-cylinder loosely based on the 320i's M42B20. No, Narek's E36 is not a 4 cylinder; however, it doesn't mean he didn't back up the STW looks with STW levels of potency. 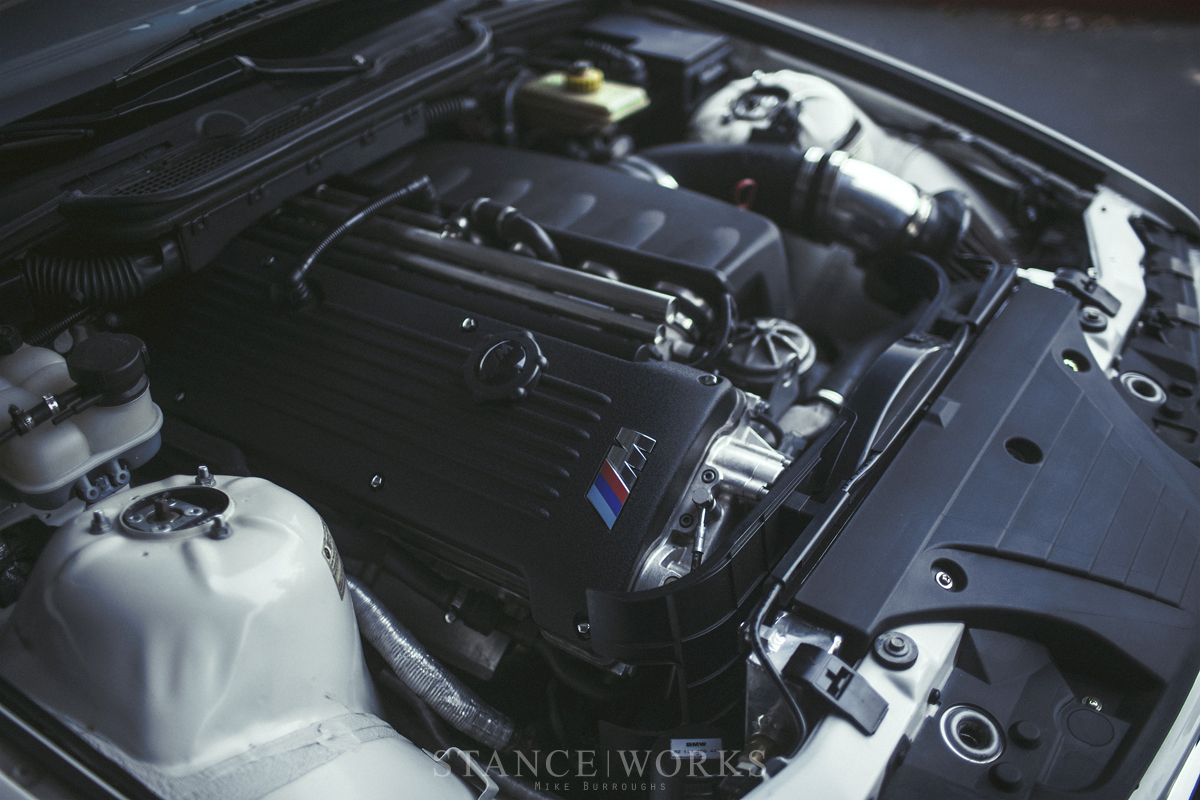 Under the hood lies an S54, sourced from the E46 generation of M3. As the final rendition of BMW's naturally-aspirated high-performance six cylinder engine, the S54 is often and widely regarded as an all-time great. Offering 333 horsepower in factory trim, and even more with a few mods and changes, it livens up the E36 chassis significantly. The swap into Narek's E36 sedan is as OEM+ in appearance as they come, indecipherable from what should be in its place to anyone but those in the know. It's backed by the E36's original 5 speed transmission, and the power is routed out through original running gear. The turn-key nature of the swap makes it daily-drivable, but with a massive uptick in power and liveliness, which improves upon the E36 platform in an oh-so-perfect manner. 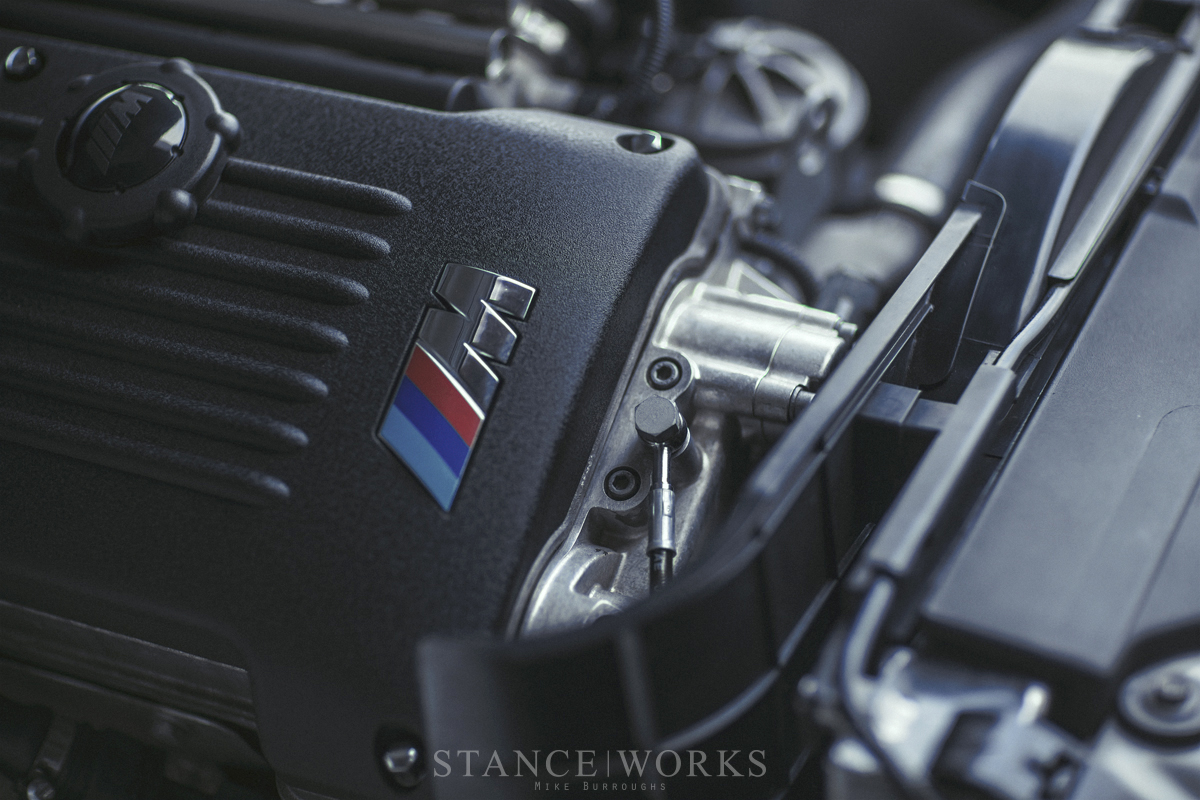 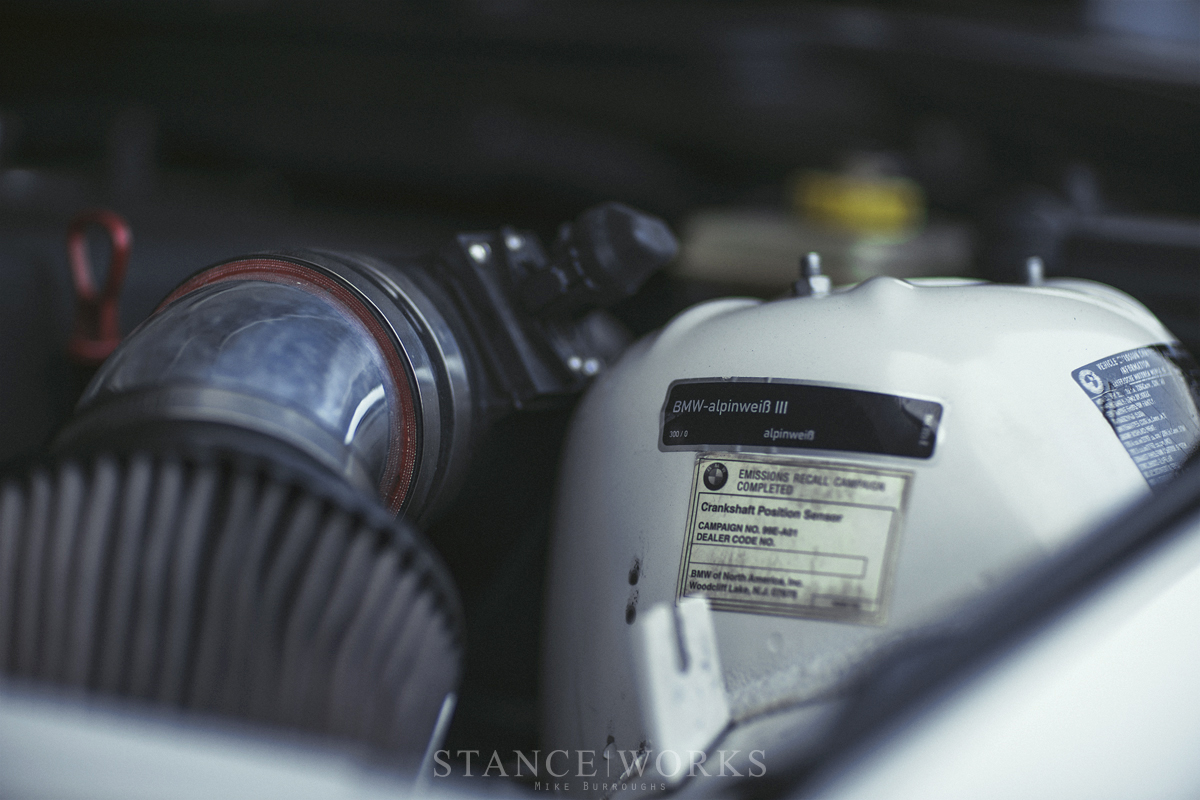 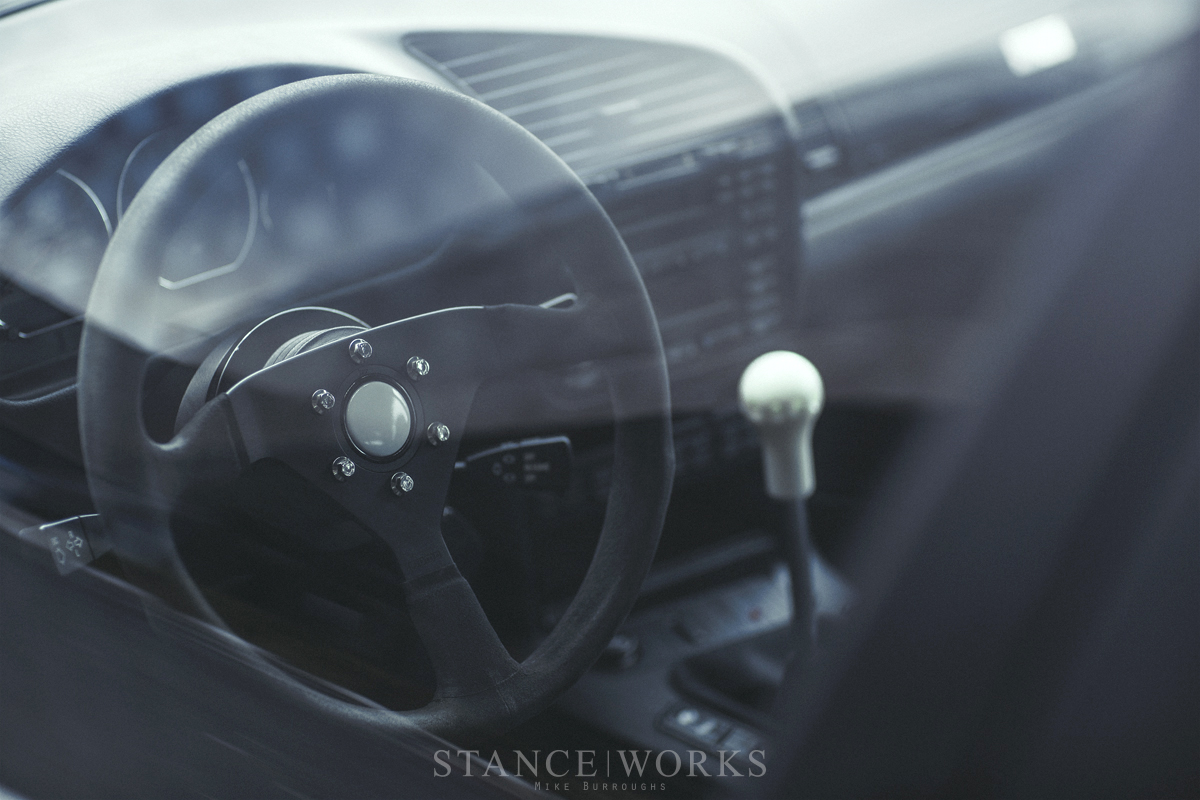 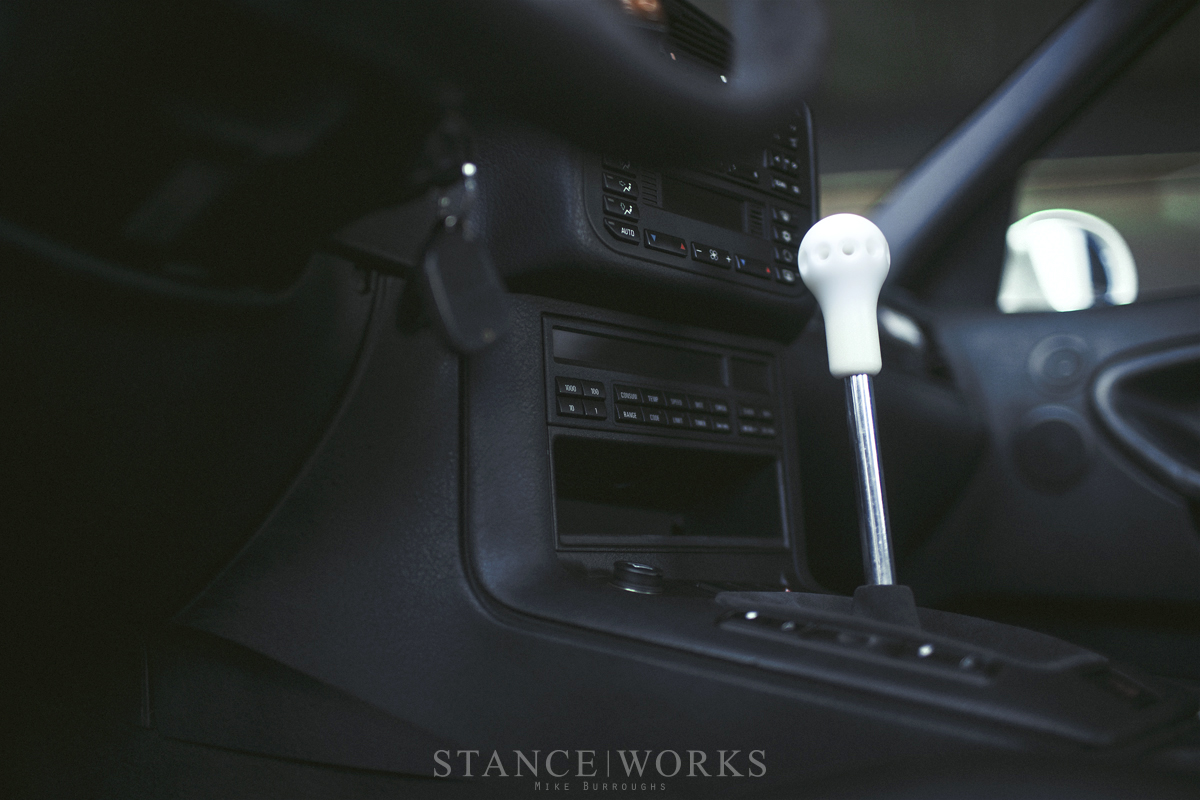 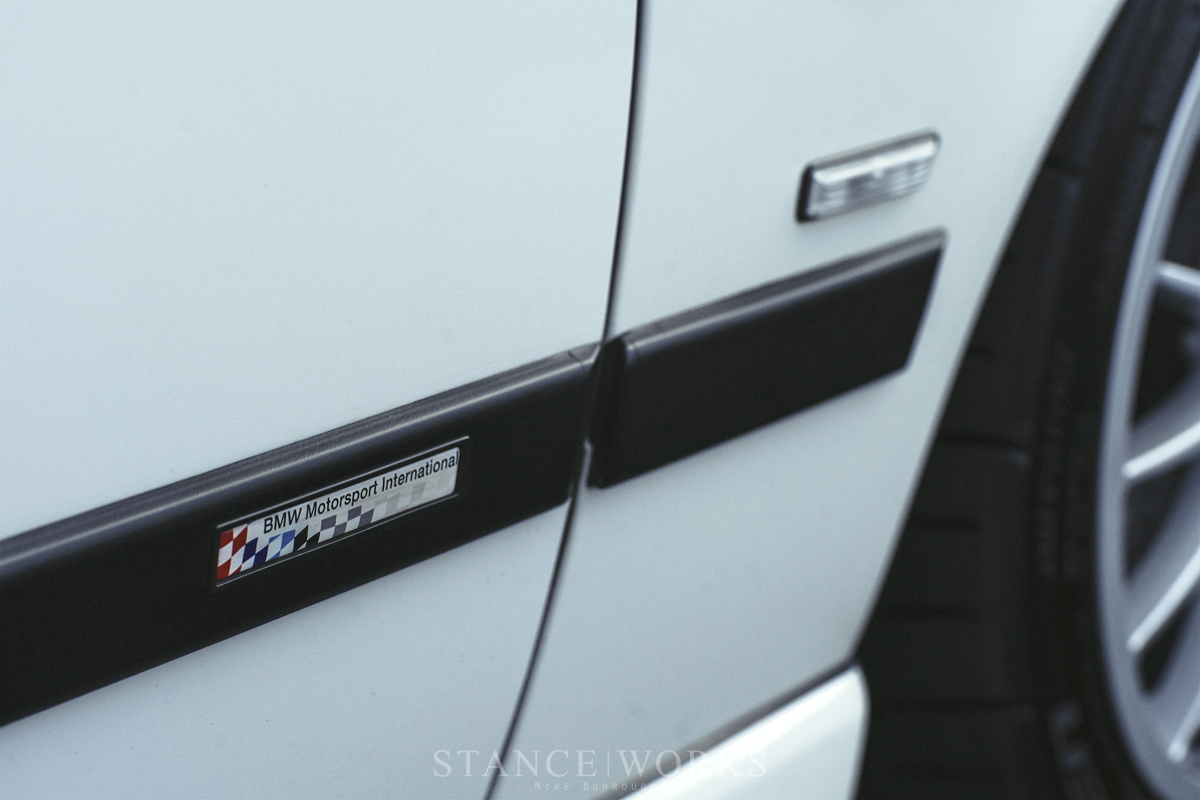 The STW-aspect of the build is also aided by the wheel setup: the original STW race cars were, in part, made famous by their use of extravagantly large wheels for their time period. Early cars sported 18s, while later cars moved on to 19" wheels, tucking them way up into the fenders for what is now considered the archetypical STW aesthetic. To embrace that, Fifteen52 recently launched their Super Touring line of wheels, which are styled after race-wheel designs of the 1990s. Offered in large sizing, the 18" Podium wheels look perfect on Narek's E36. Wrapped in sticky Falkens, they help to put the S54's power down to the ground in style. A glance through the spokes will also reveal a Brembo big brake kit on all four corners. 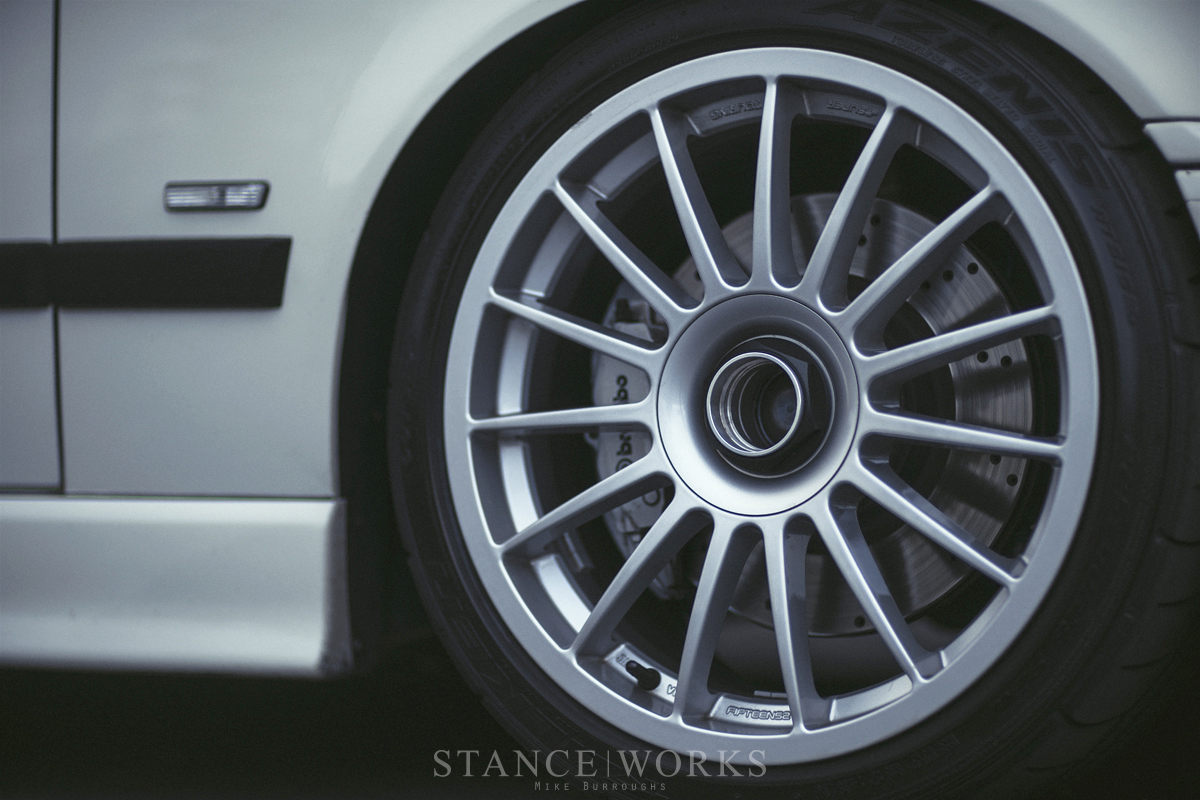 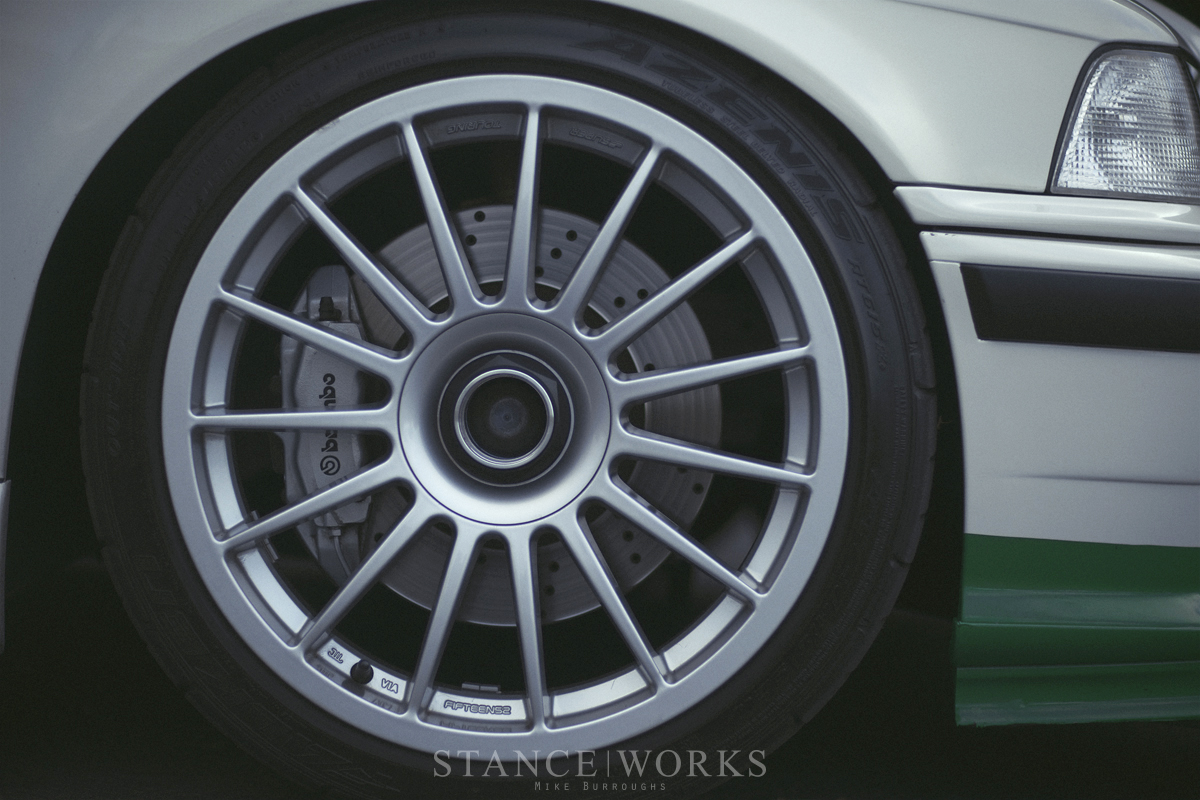 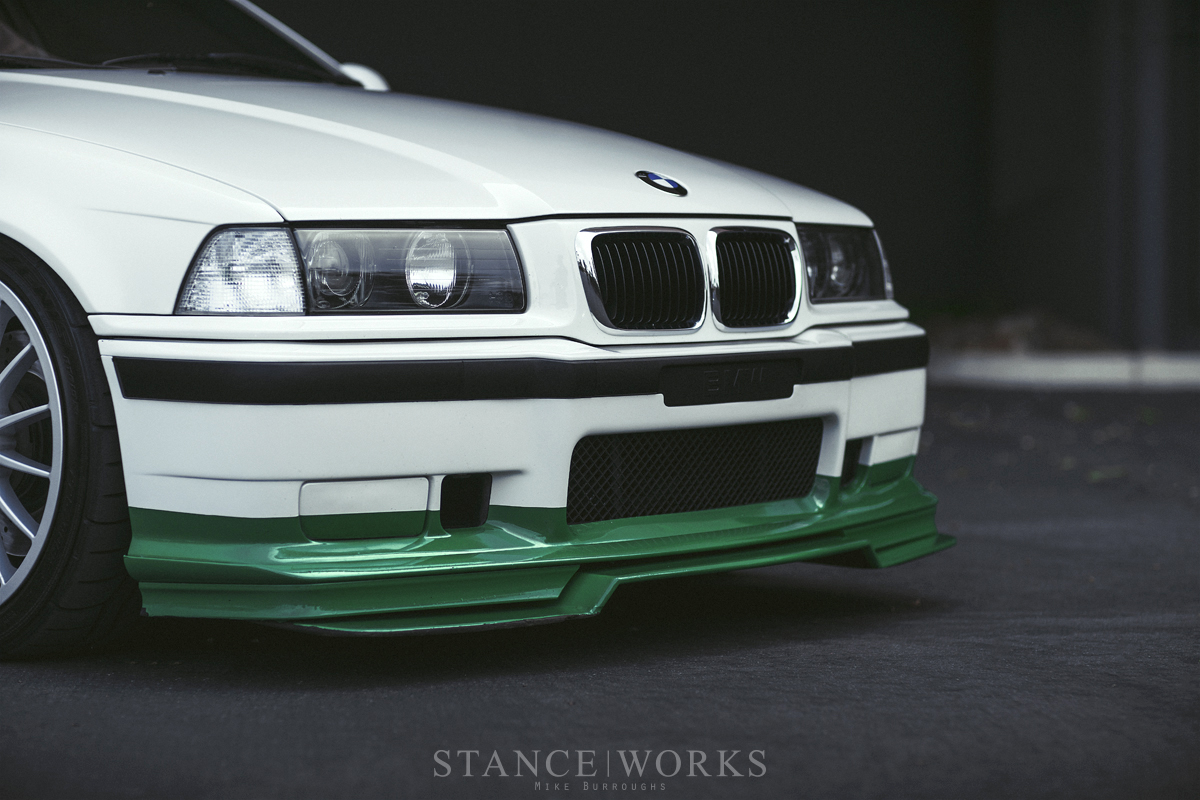 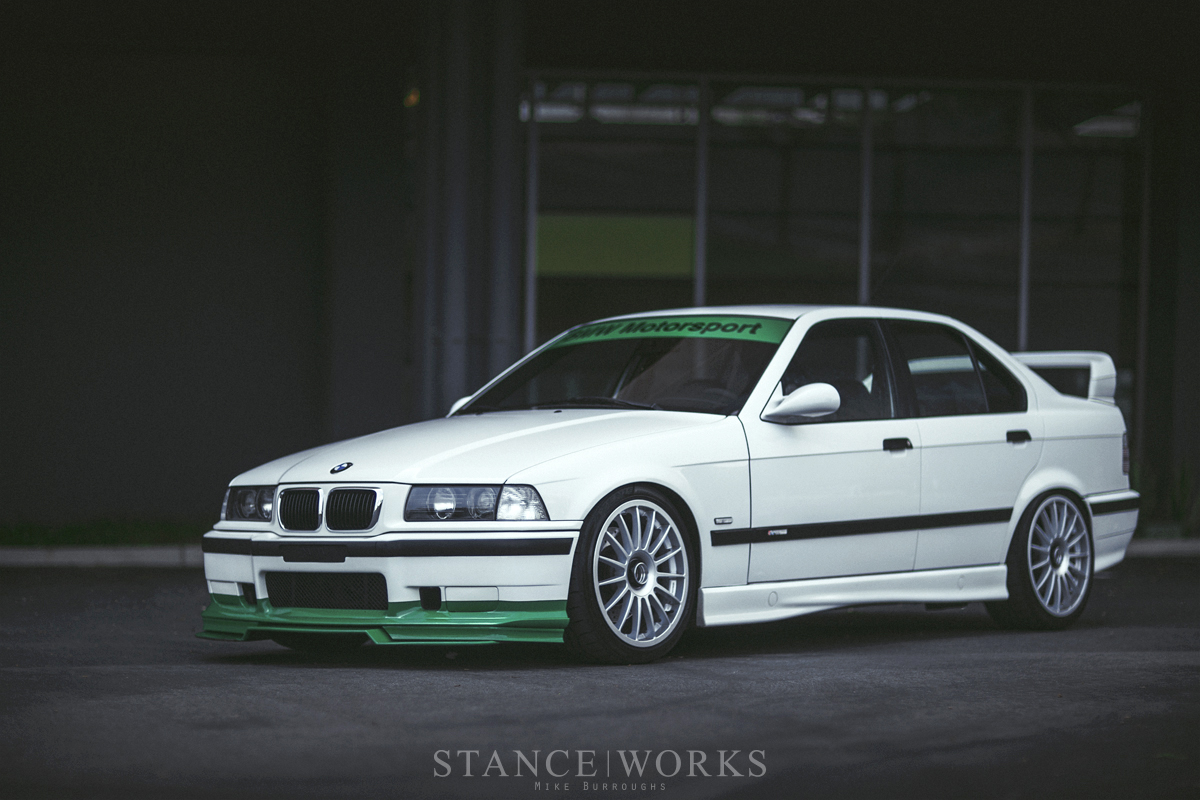 ST XTA coilovers and camber plates provide the basis for the running gear at each corner, with all new poly bushings underneath in the nooks and pockets. The package makes for a car built to handle, and handle it does: Narek recently put the E36 on track at the Streets of Willow to shake it down, with promises of returning for further refinement. 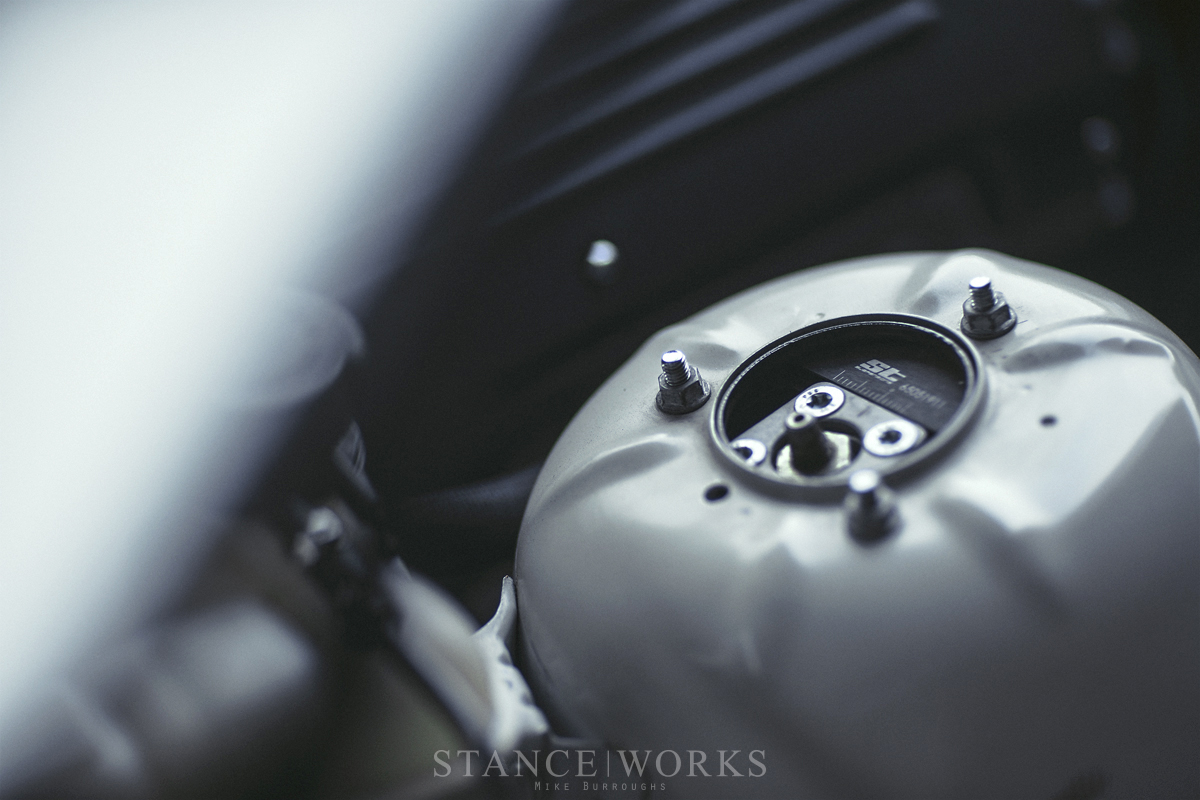 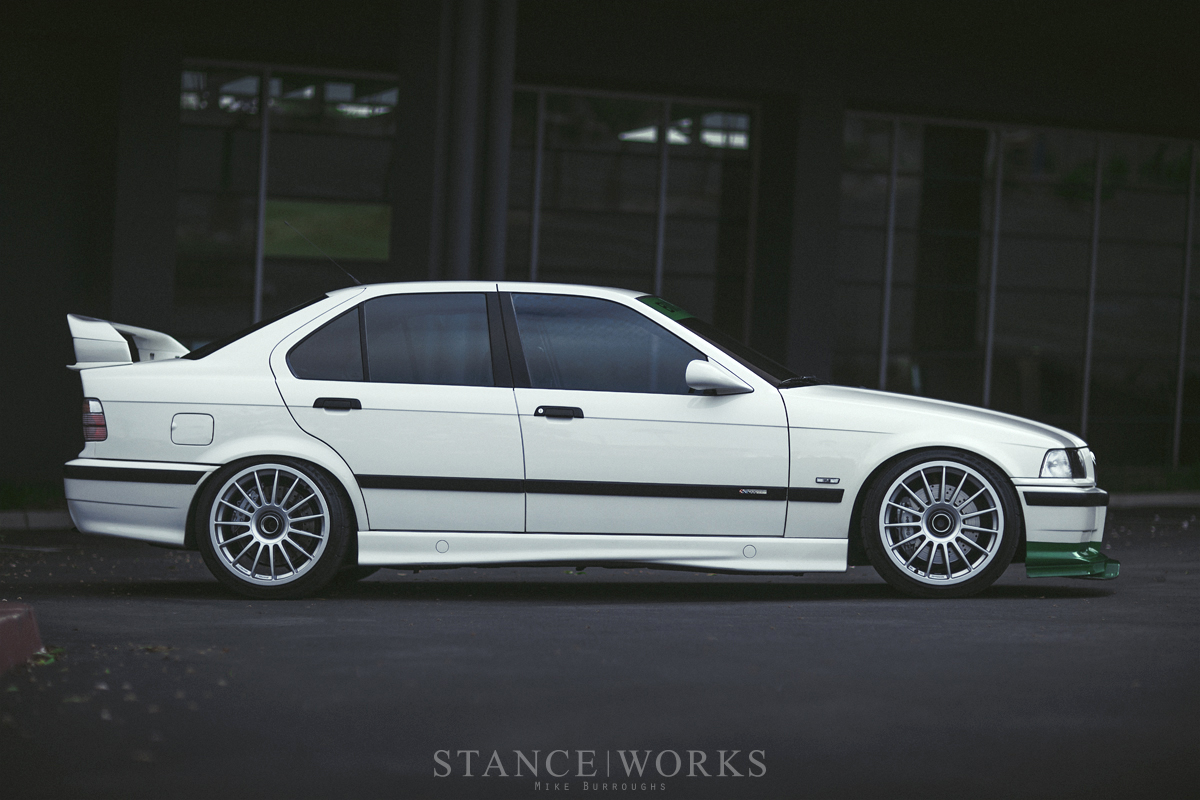 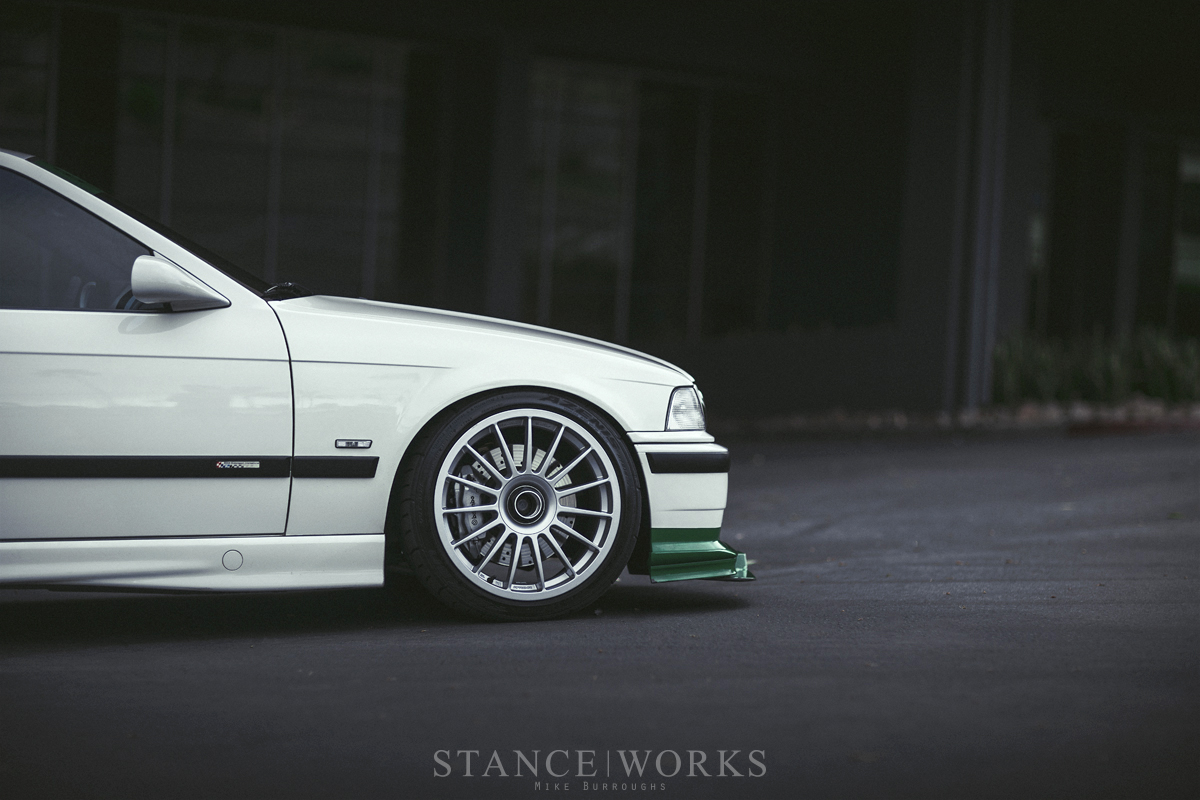 Inside the car, things are clean and simple: a black interior keeps things polished, with the only changes coming in the form of a suede Momo wheel, an AKG chassis-mounted shifter, and a Rennstall RSKT2 shift knob for finessed control of rowing through the gears. It's a combo that works well, too, having been tossed the keys to drive the car myself. If anything, it serves as the ultimate motivator to put my own E36 back on the road. The question is, how on earth will it live up in comparison? Narek has certainly set the bar. 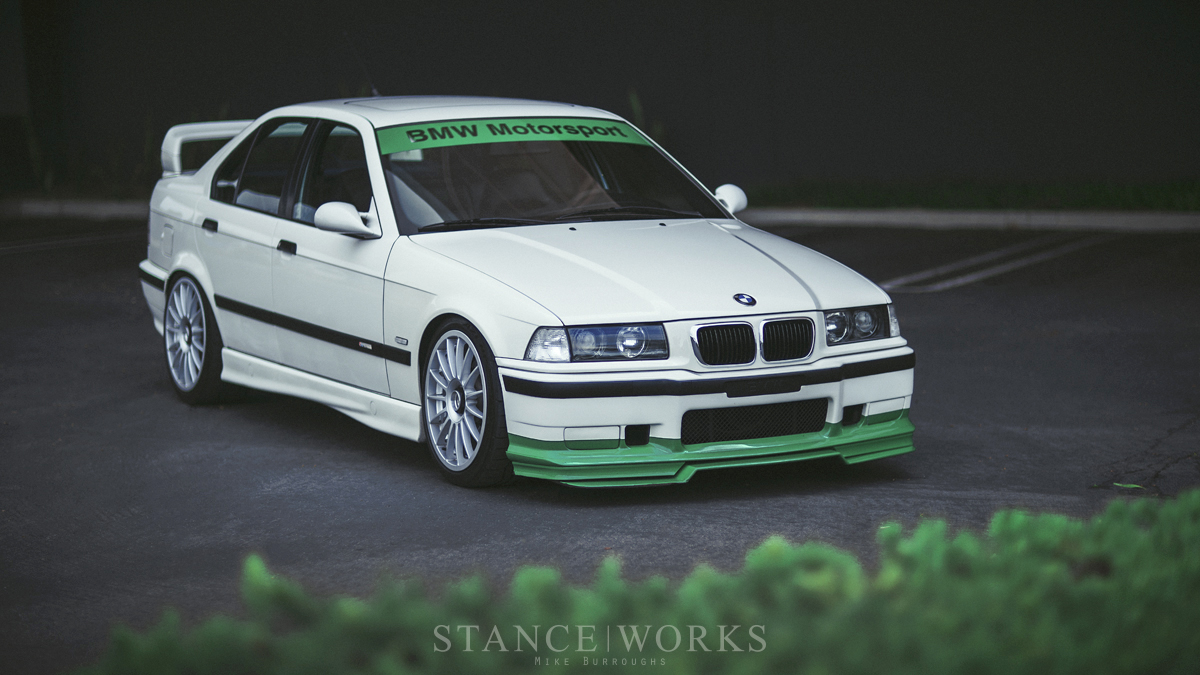