It's hard to steal the show at Worthersee, to say the least. When it comes to Volkswagens, it's hard to conjure an idea that hasn't been beaten to death as seemingly every considerable mod has been applied to seemingly every chassis. What's left falls into the realm of creativity, and more often than not, it seems better to stick with the tried and true than to venture into the unknown. For Thomas Mayr and Martin Mildenberger, however, the formula was not so simple. Having imported an incredible example of the largely-unknown Volkswagen SP2 for Wörthersee 2017, it was only moments after arriving in Austria that the internet went wild, and the stage was set. 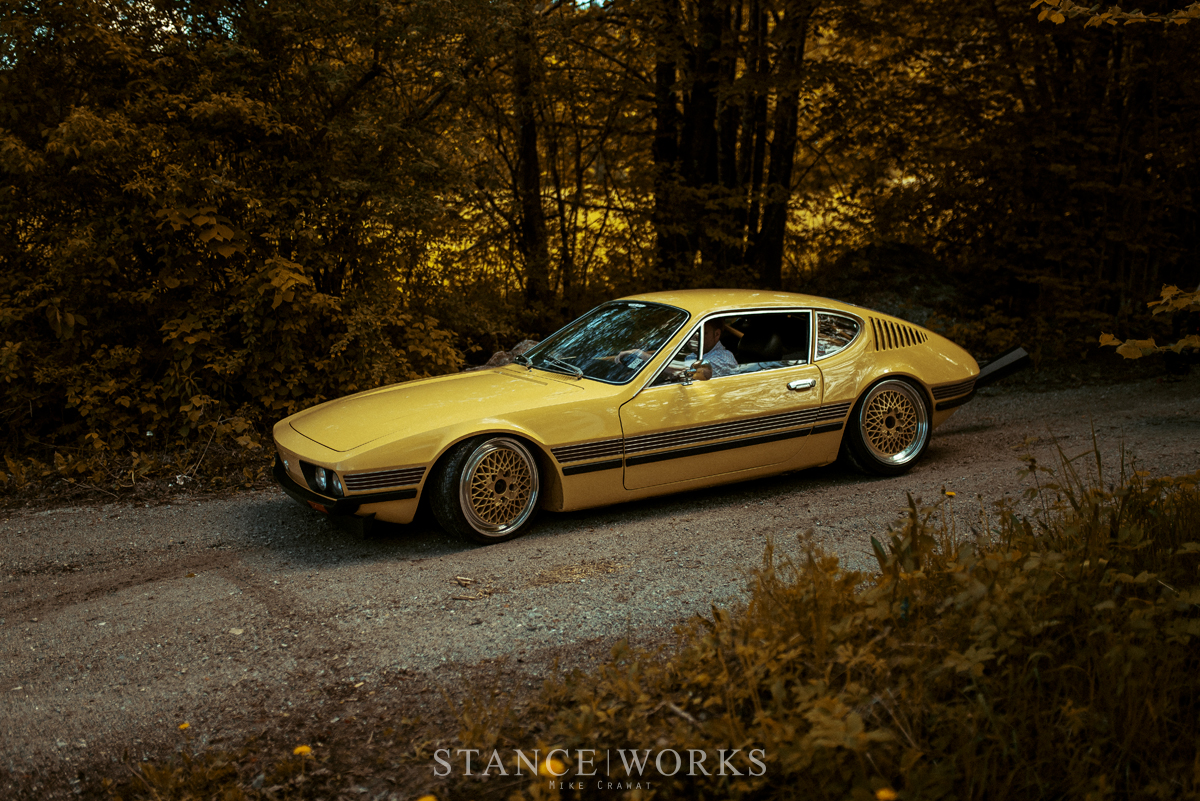 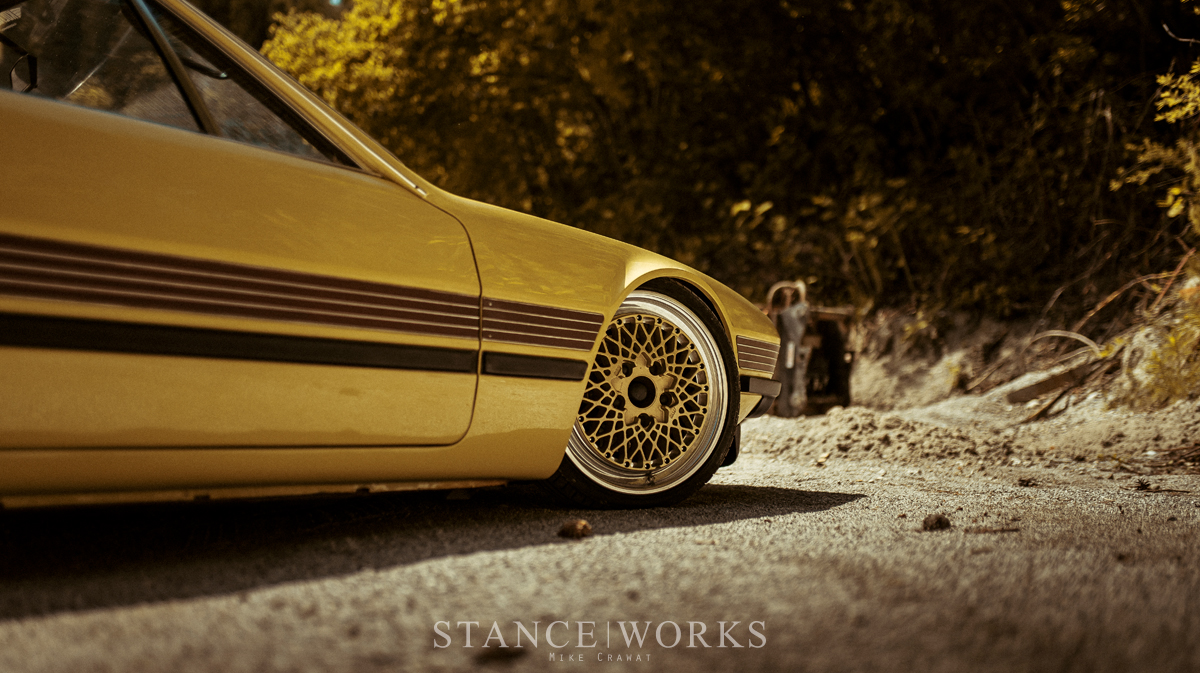 Built specifically for the Brazilian market by Volkswagen do Brasil, the SP2 was a sports car introduced in 1972 for a very unique market. In the 1970s, Brazil was closed to imports, leaving "domestic" manufacturers to fill the void and need for an enthusiast's driving experience. Volkswagen produced the Karmann Ghia for the Brazilian market, but by the launch of the SP2, it had been retired, leaving the market eager for something fun. 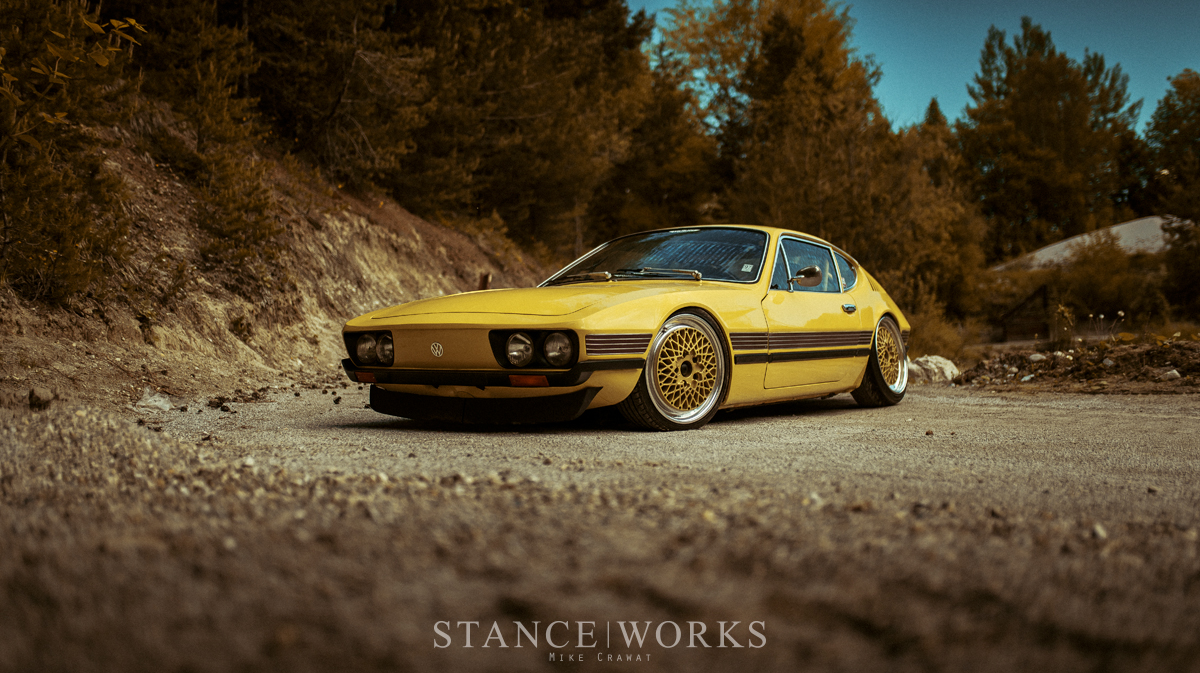 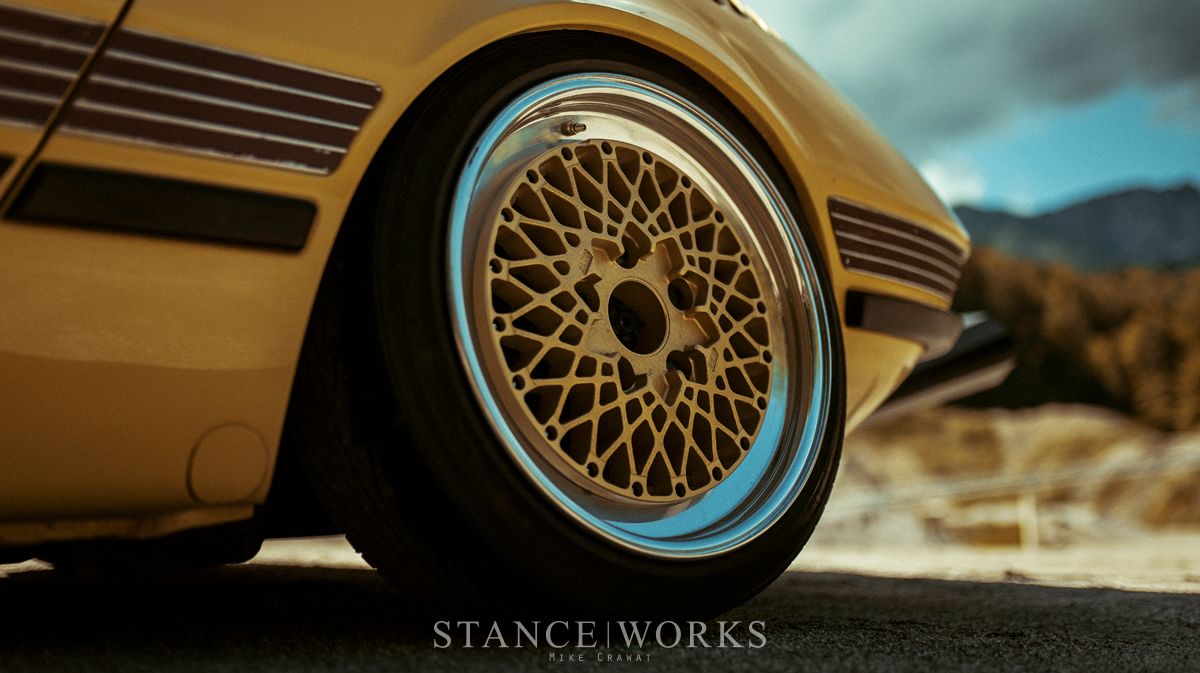 The car was built on VW Brasil's "Variant" chassis, but utilized an upgraded 1700cc motor instead of its siblings 1600cc aircooled unit. With 75 horsepower, it gradually made its way to 60mph in 16 seconds, and understandably, it failed in many ways to live up to its intended spirited persona. 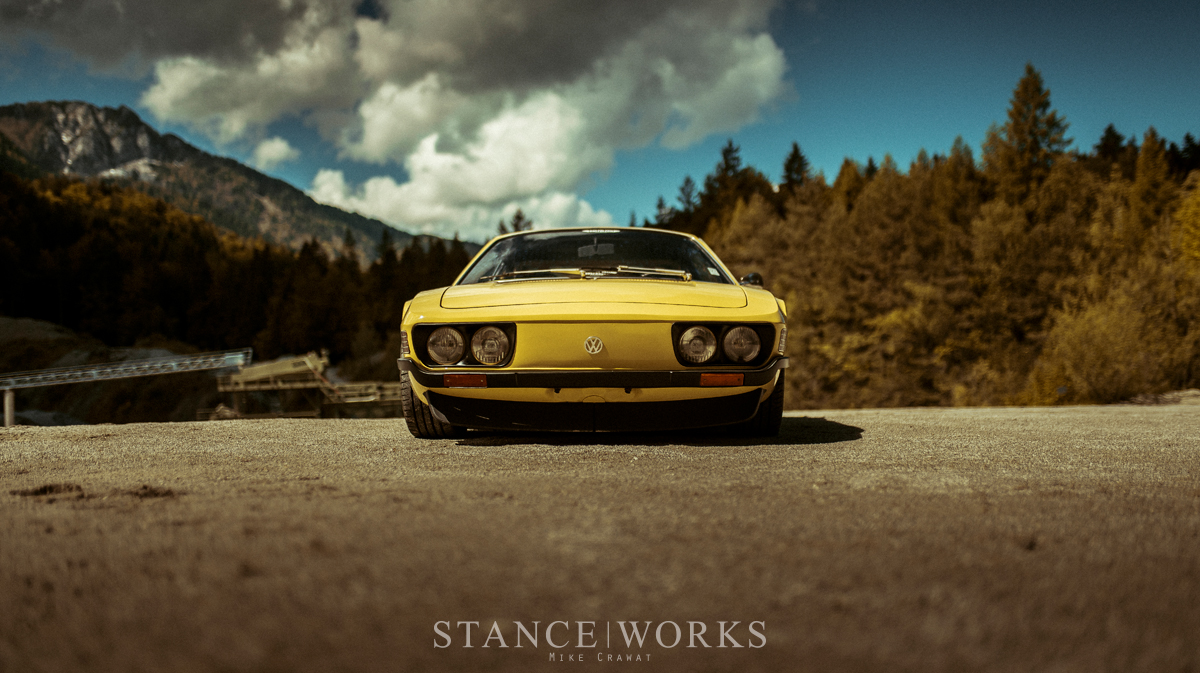 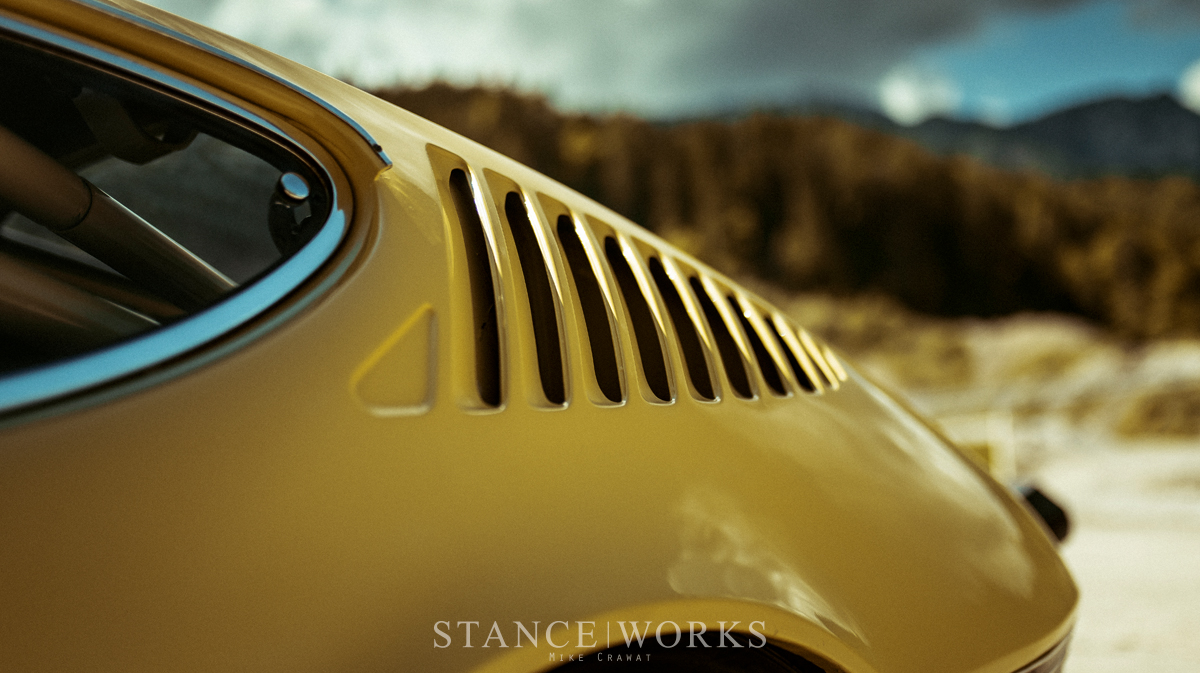 In all, just over 10,000 units were produced, making for a considerably uncommon relic of an long-passed era, 40 years later. For many, it's a Volkswagen that had fallen completely off the radar, and for others, an oddity as a footnote in the history books: useless trivia at best. 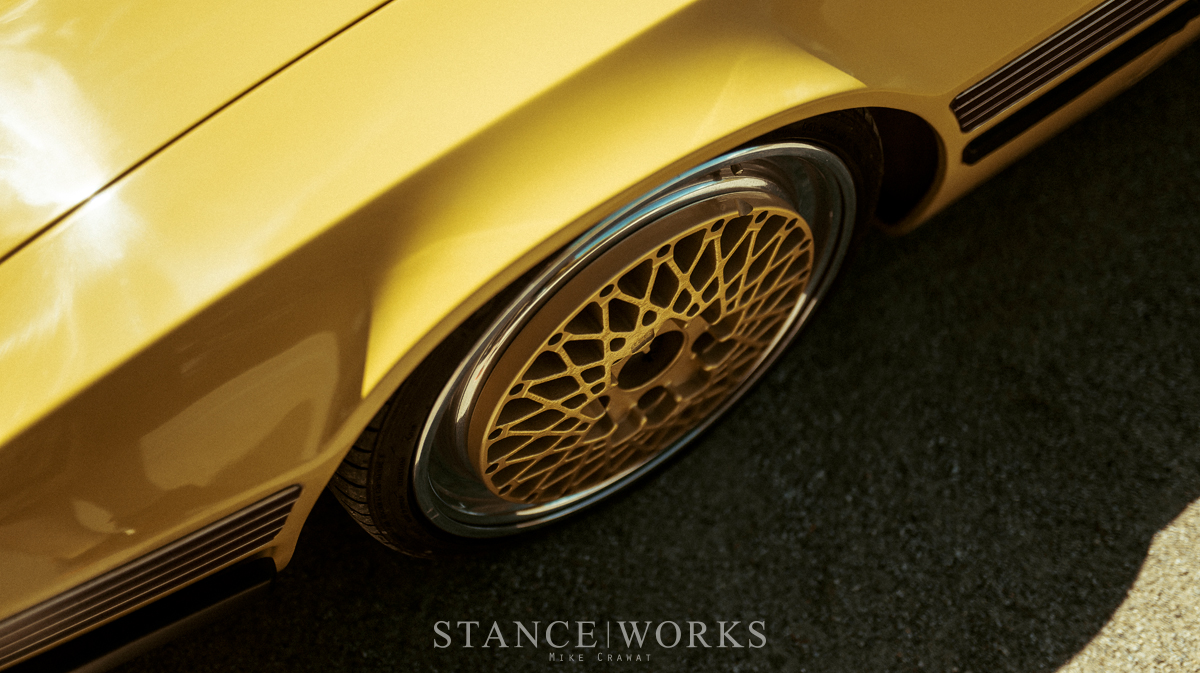 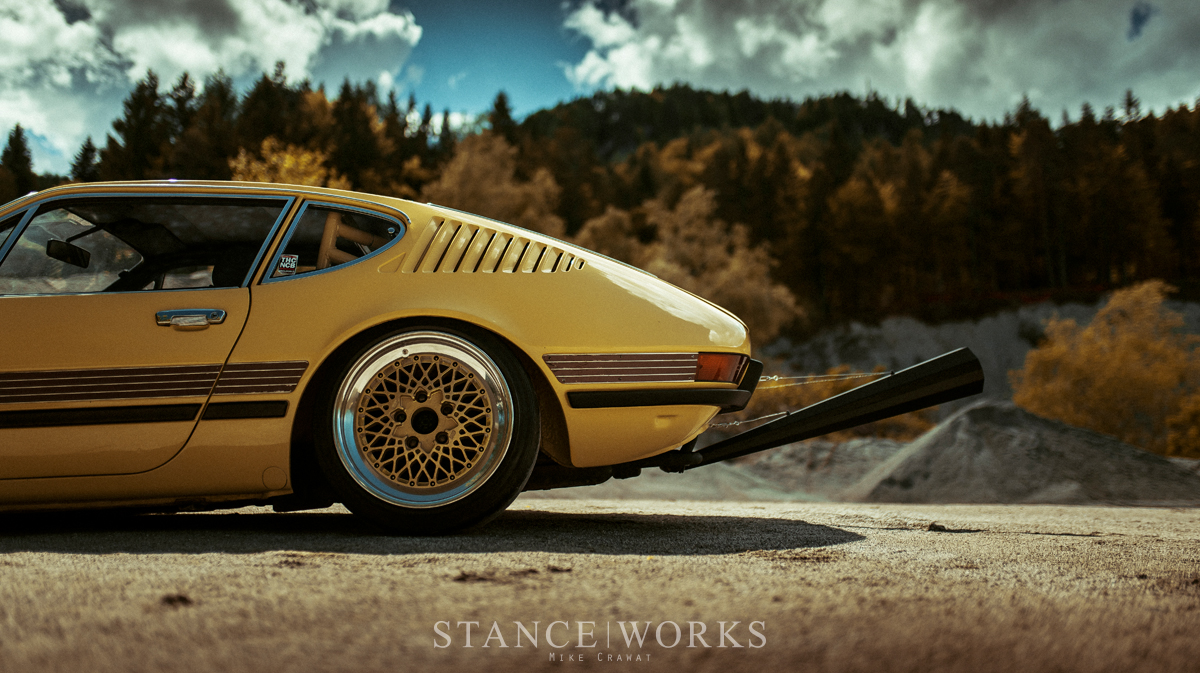 This, of course, made for a grand surprise when Thomas and Martin unveiled their build, a 1973 SP2 painted in Texas Yellow. 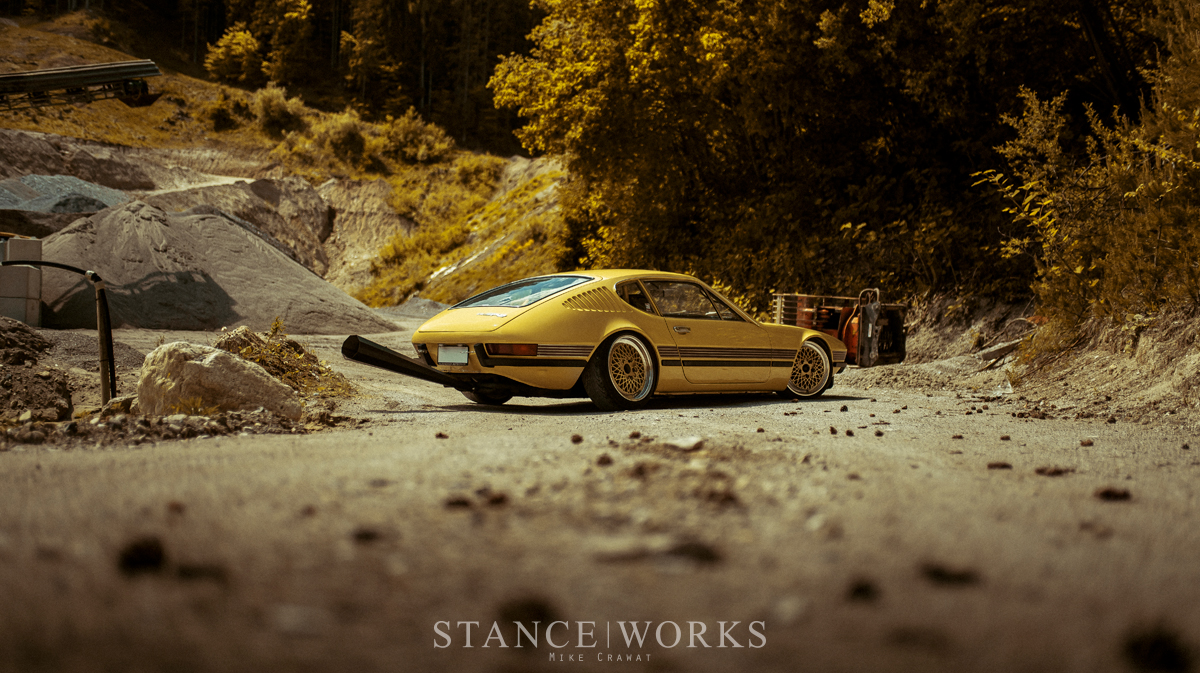 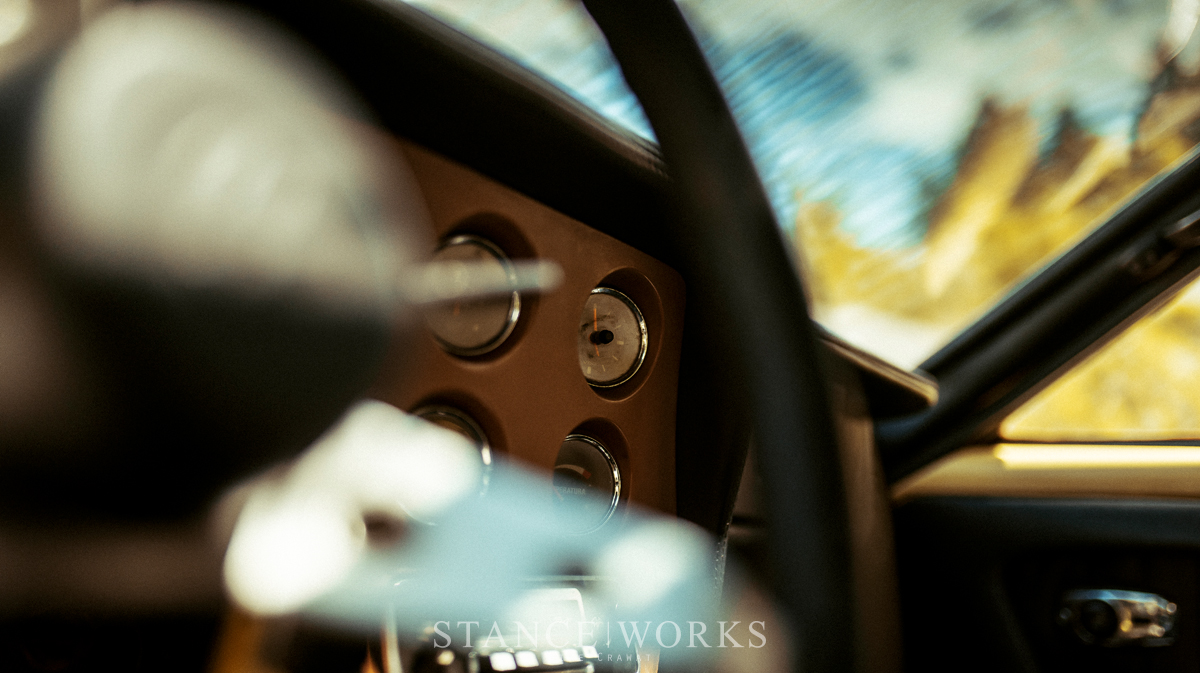 Hunkered down thanks to modified but adjustable static suspension, the SP2 looks sportier than VW do Brasil ever imagined. The 5x130 BBS E55 motorsport wheels, measuring out to 17x7 and 17x8, are right at home on the car, and are installed thanks to a hub swap, making the incredible setup possible. The large wheels fill the enormous arches perfectly, and the BBS gold finish compliments the yellow paint in perfect '70s fashion. 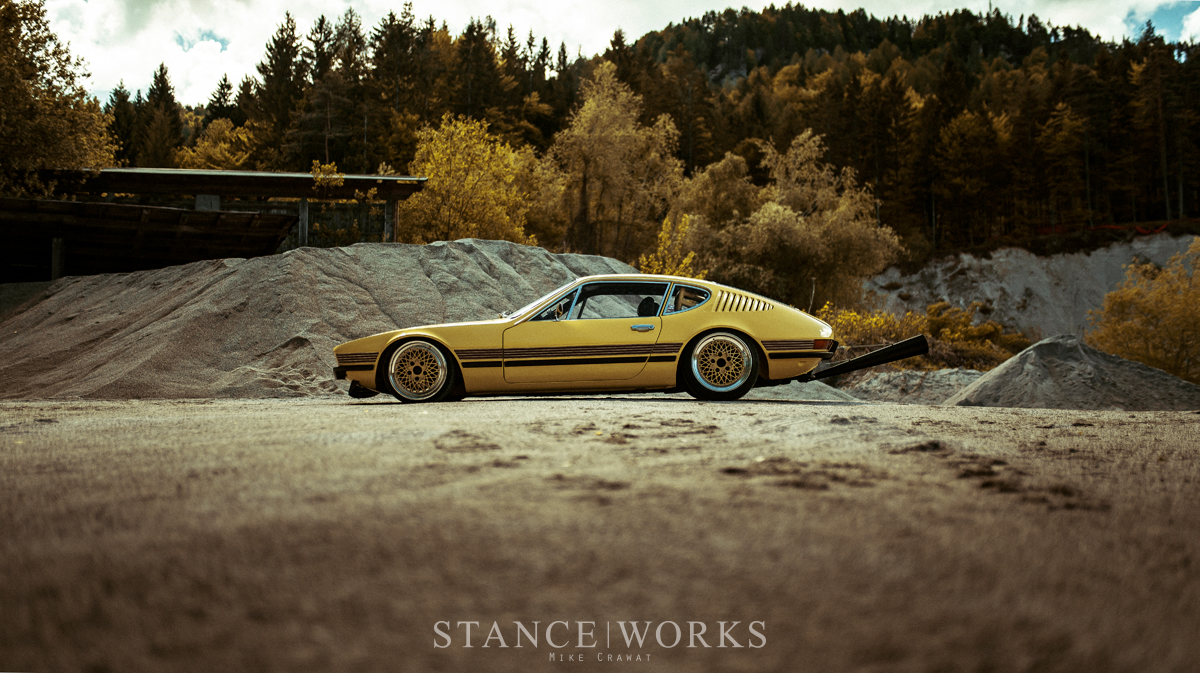 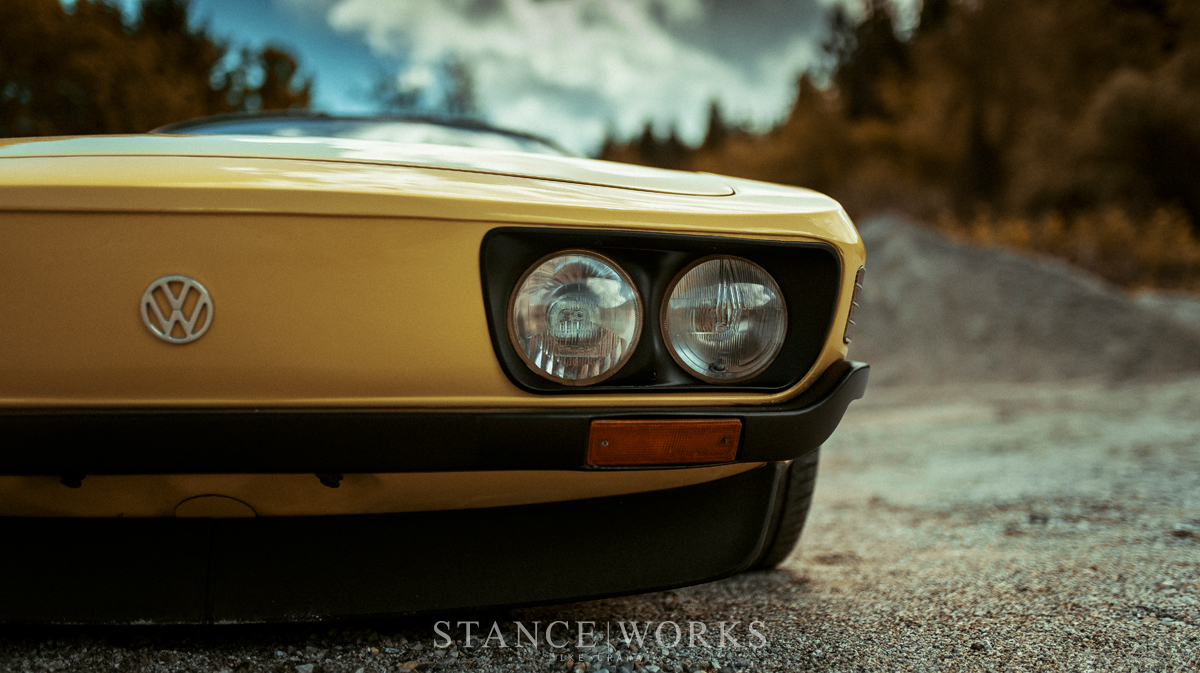 Black trimmings add contrast to the car, including the quadtruple-stripe-esque door trimmings, which add to the incredible disco-era styling of the unique sports coupe. The car's lines roll and flow unlike anything else from VW's offerings, further accentuated by venting on the car's hips, and a grille-less nose thanks to the aircooled engine, making it one of the most unique Volkswagens around. 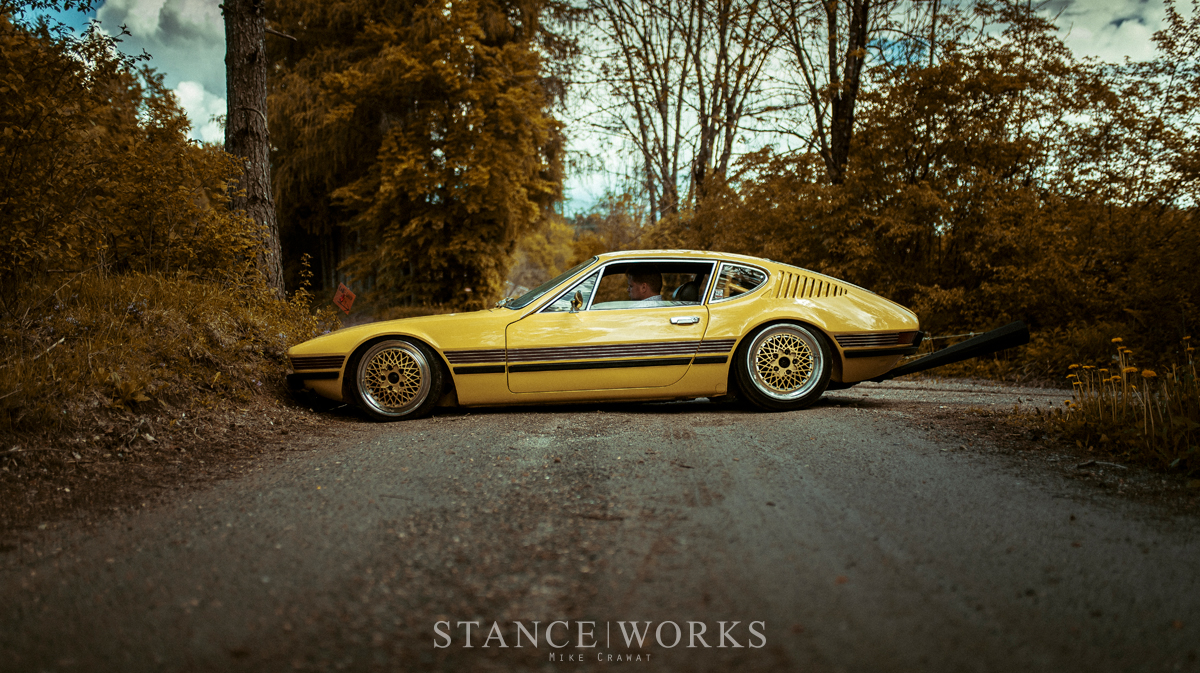 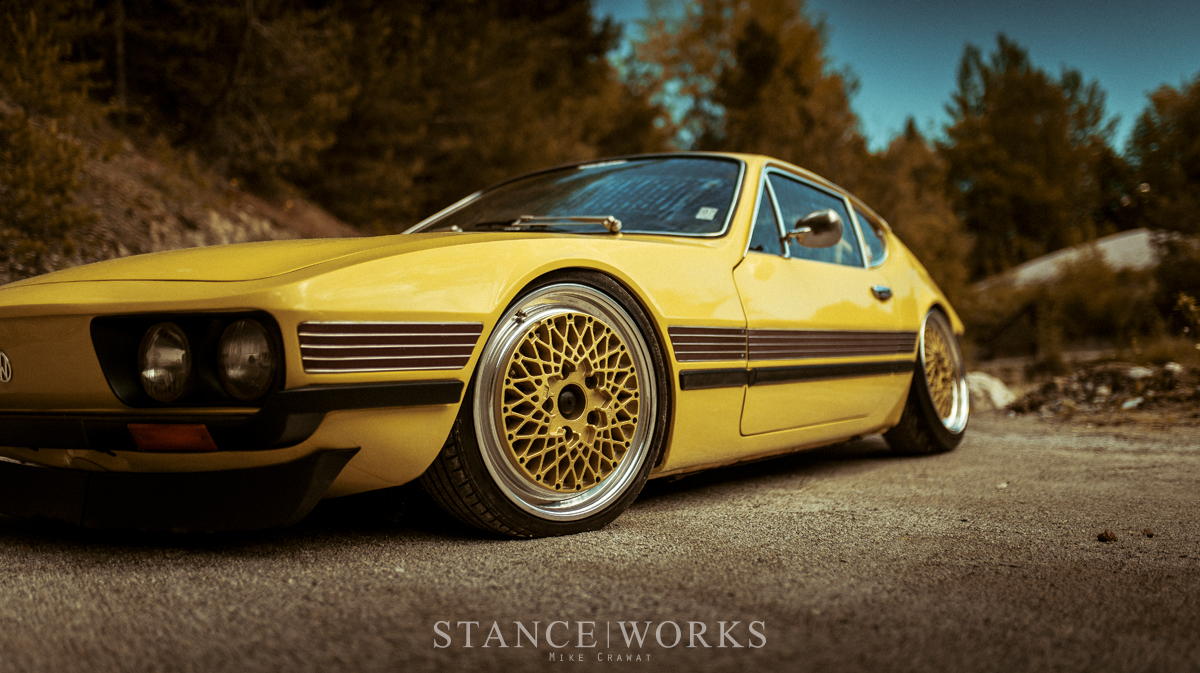 It's impossible to ignore the car's most obvious feature: the immense stinger exhaust. When I saw it a year ago, it nearly turned me off of the car completely, taking a clean, simple, and subtle car capable of standing on its own, and using a gimmick to stand out further. After a year of digesting, though, I think I finally get it. Stinger exhausts are an important part of the air-cooled Volkswagen history books. They're an essential part of the style and character. For Thomas and Martin, I think it was an on-the-nose move to have some fun, for the car to not be taken too seriously. 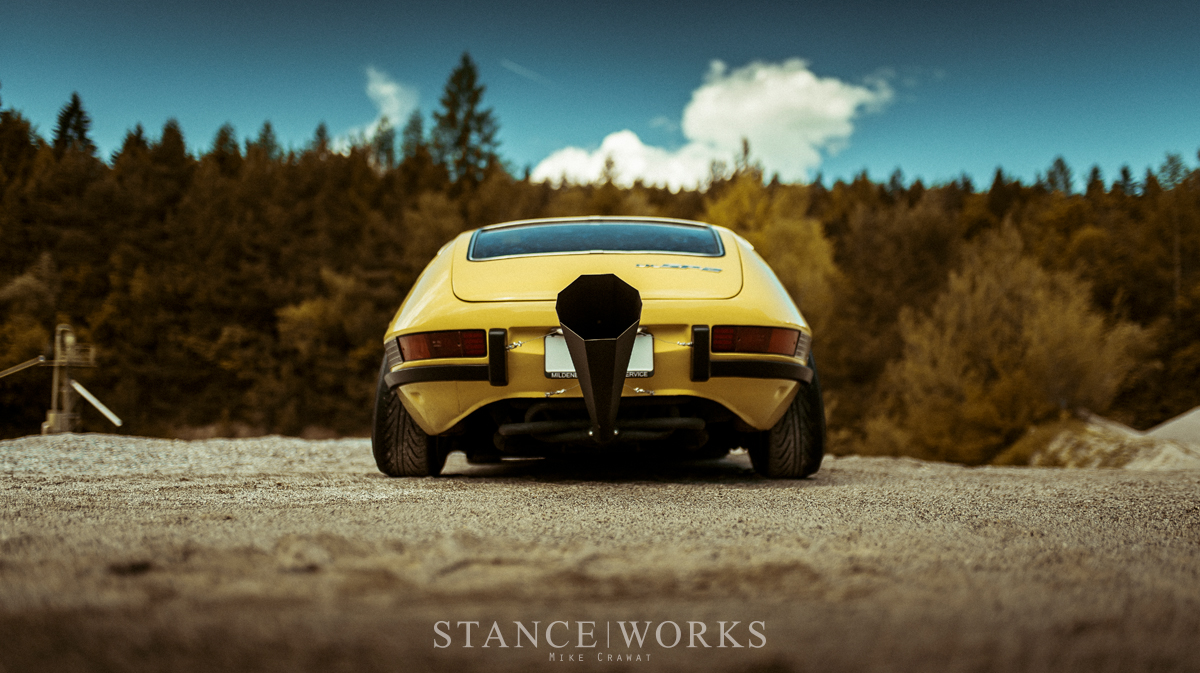 The exhaust is butted up to a factory engine, still producing just 65 horsepower. While its undoubtedly lacking in the spectrum of cars as a whole, it's assuredly quicker than its other aircooled Volkswagen brethren. The 1.7-liter four-cylinder boxer engine inhales through a Solex carb, and obviously barks... loudly. 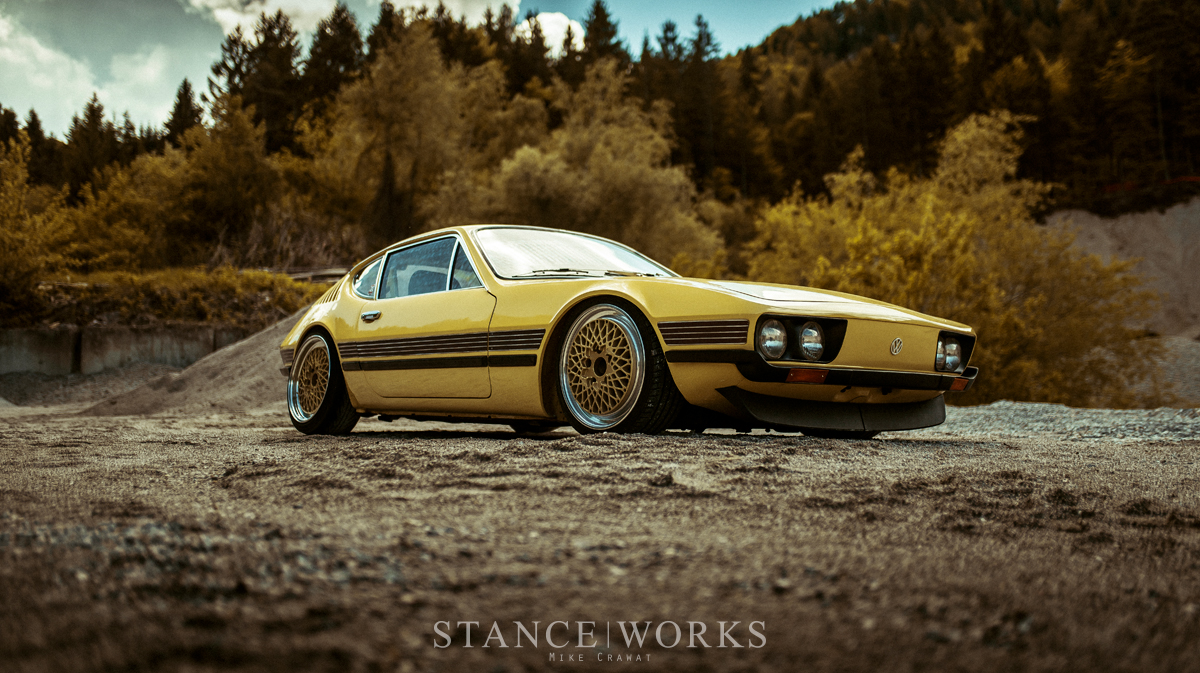 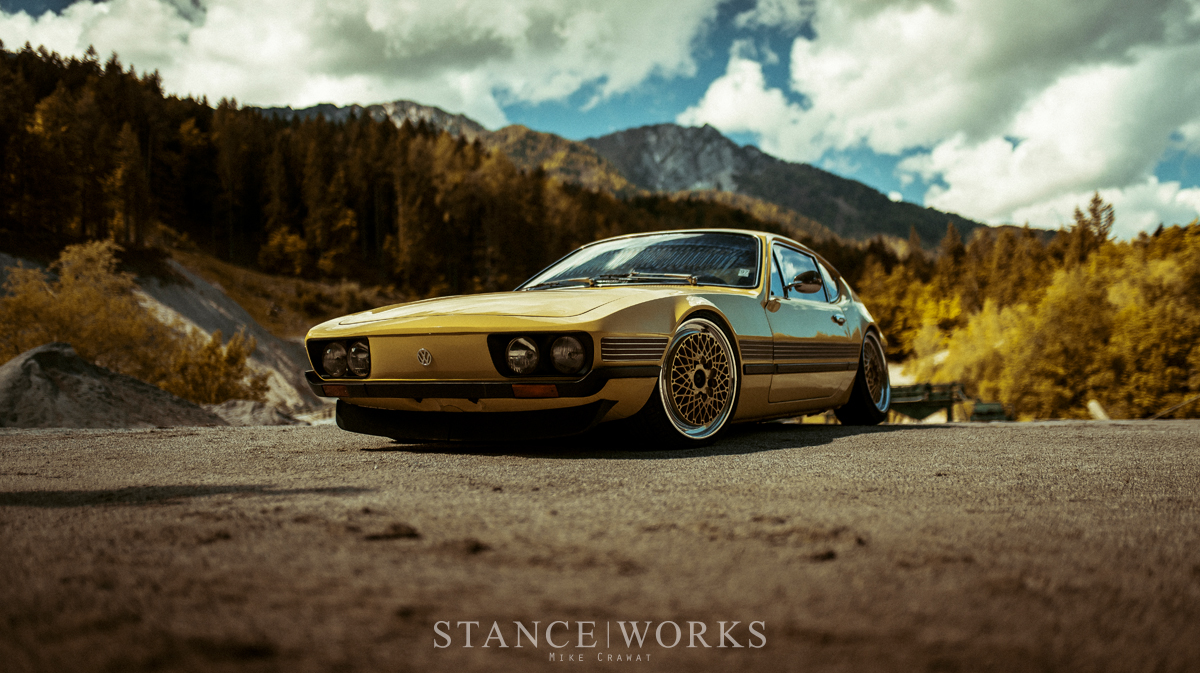 Despite the exhaust frivolousness, the car as a whole makes for one of my favorites in some time: wholly unique, and something new. Prior, I had never heard of the SP2, and for better or worse, Martin and Thomas have set the bar for what it'll take to make one that takes the crown - quite the challenge to pull off for any Volkswagen these days. 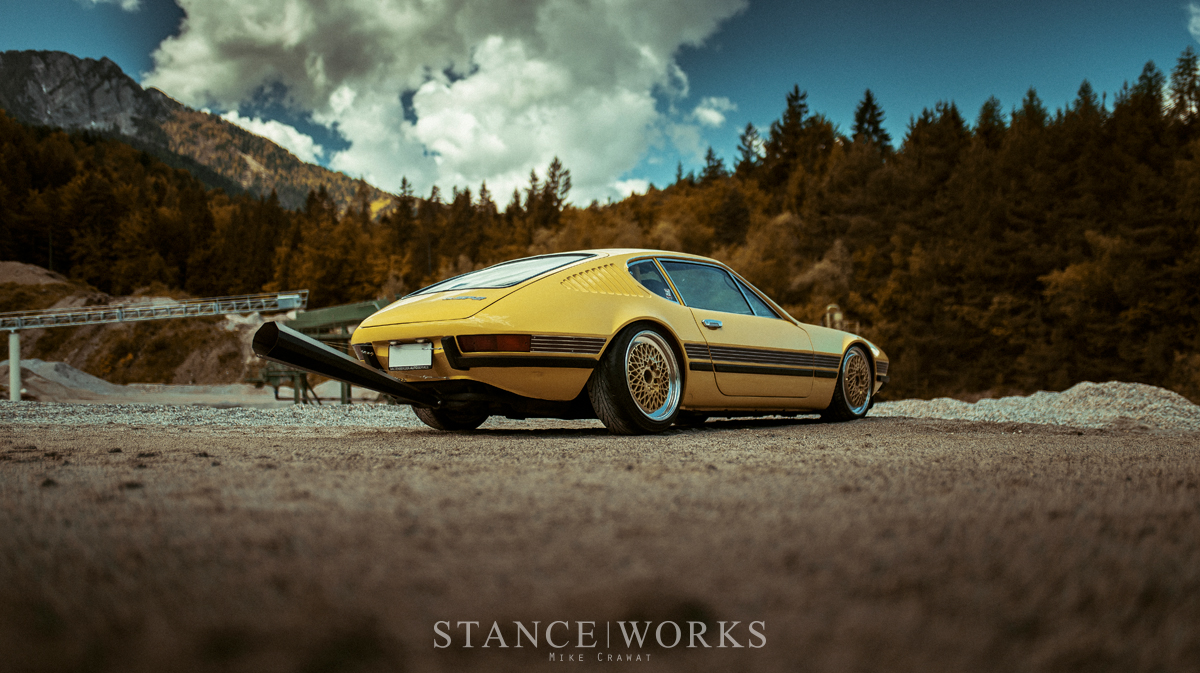