2015 marked the first year in some time that the sun joined us on the green for the Pebble Beach Concours d'Elegance in Monterey, California. A morning that is typically draped in cloud cover was, for once, pierced by the citrus colors of the morning light. At the far end of the 18th fairway, the M-2 class gathered: Ferrari Competizione. One car in particular stood out above the rest - a 1964 250 LM Scaglietti Berlinetta race car. Ferrari's 250-series has established itself as perhaps Ferrari's most valuable model range, and gems like the 250 LM are part of the reason why. This particular example, chassis #6119, is one of the three 250 LMs that represent Ferrari's final victory at the 24 Hours of Le Mans in 1965, where it was piloted by Dieter Spoerry and Armand Boller for a 6th-place overall finish. As the sun continued its rise, the Ferrari's vibrant red paint began to glow, attracting an unprecedented crowd. 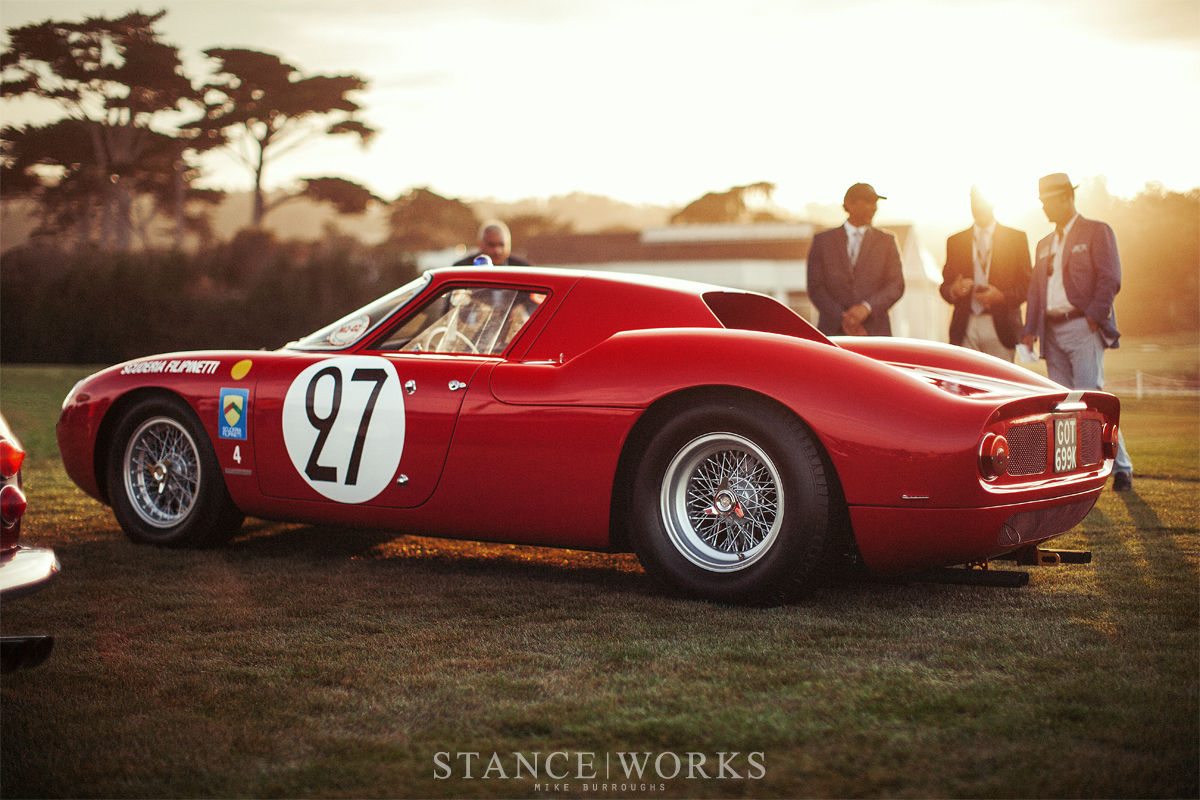 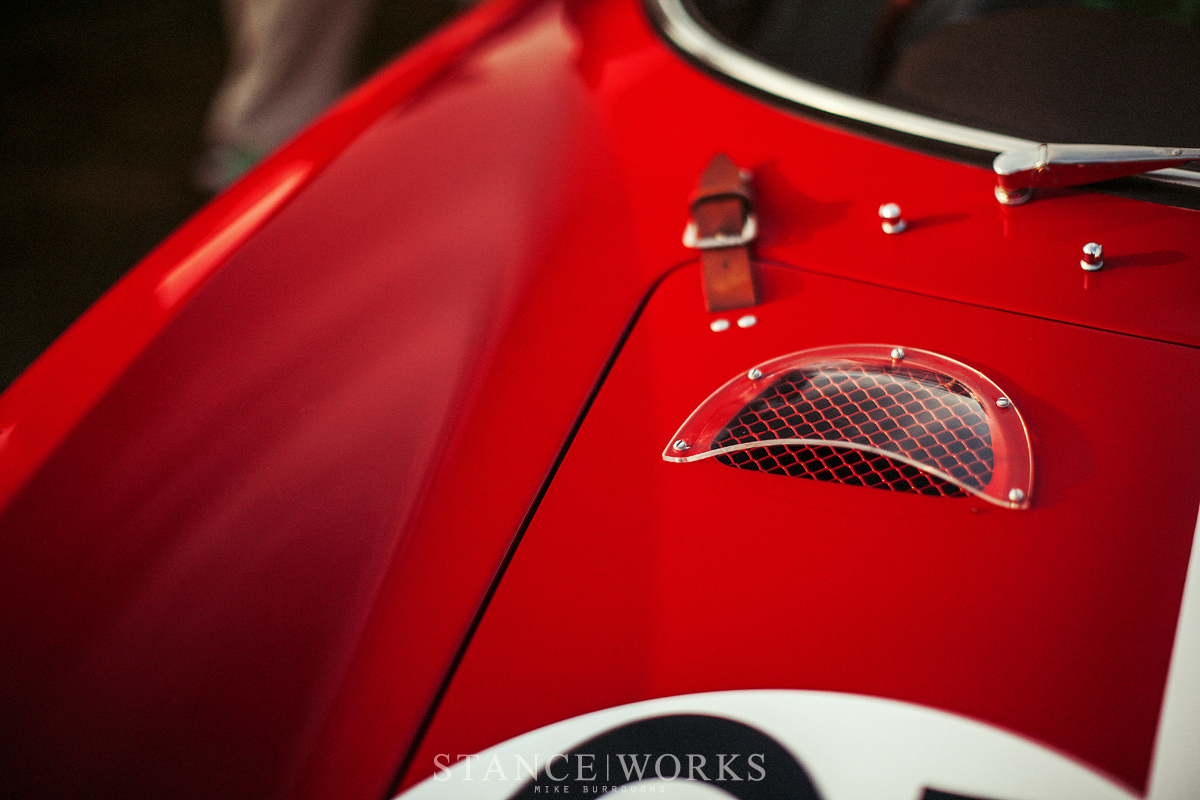 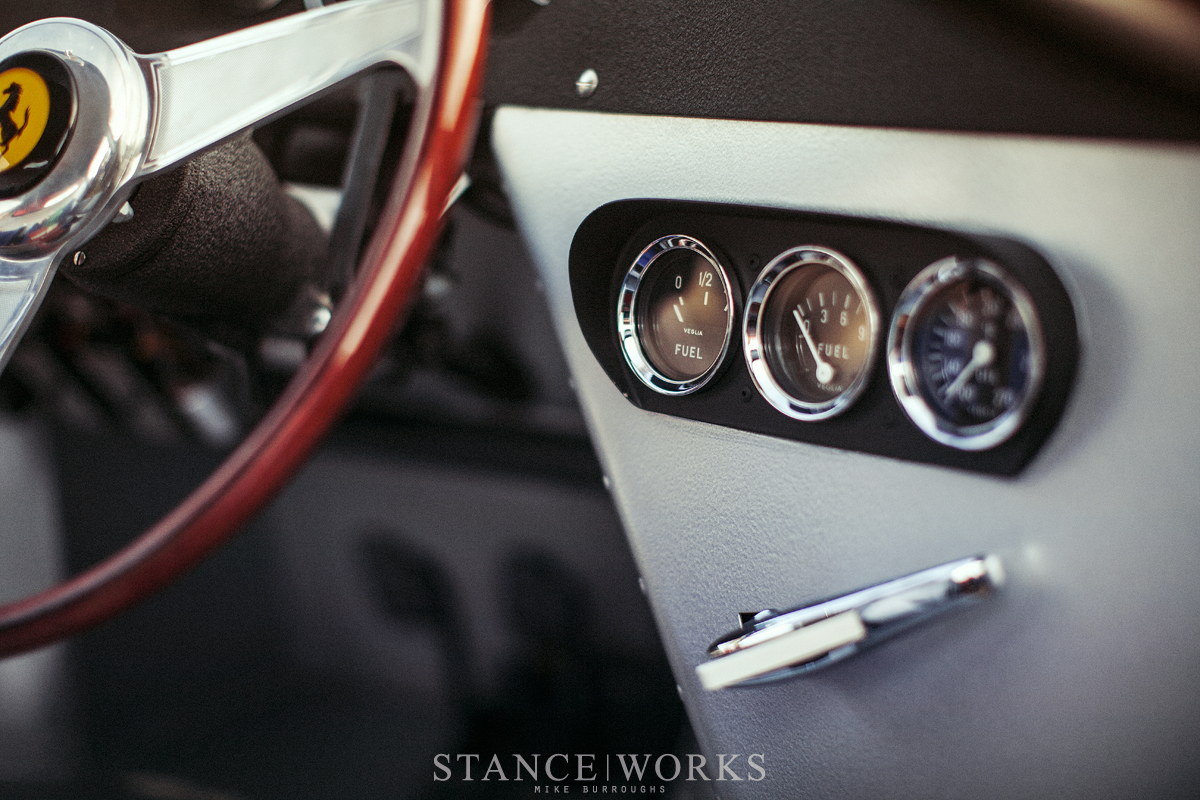 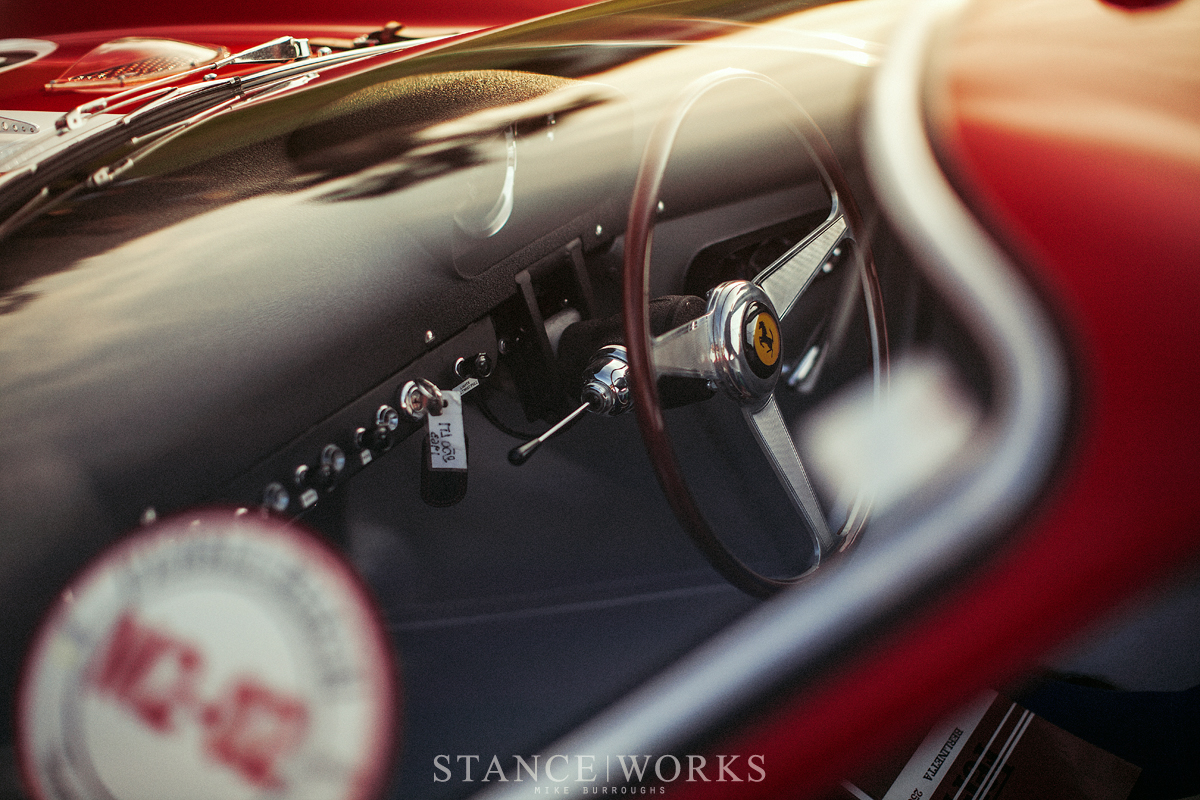 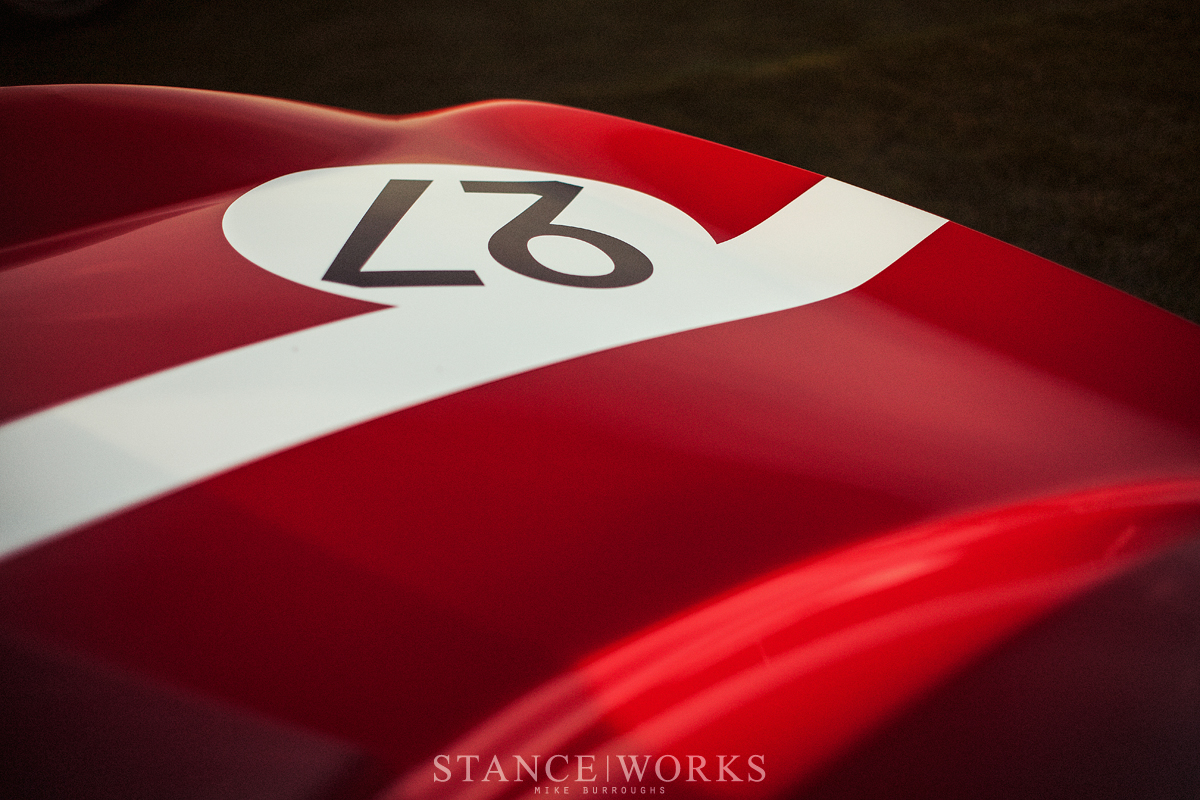 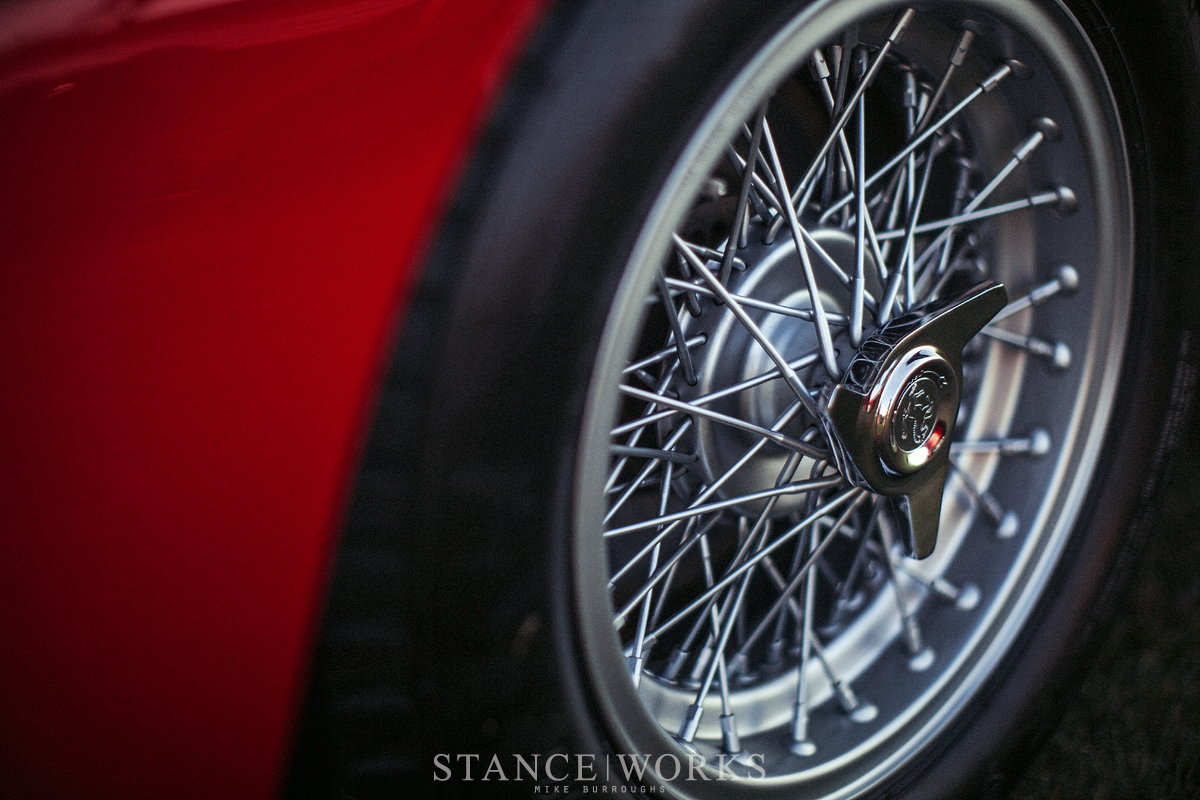 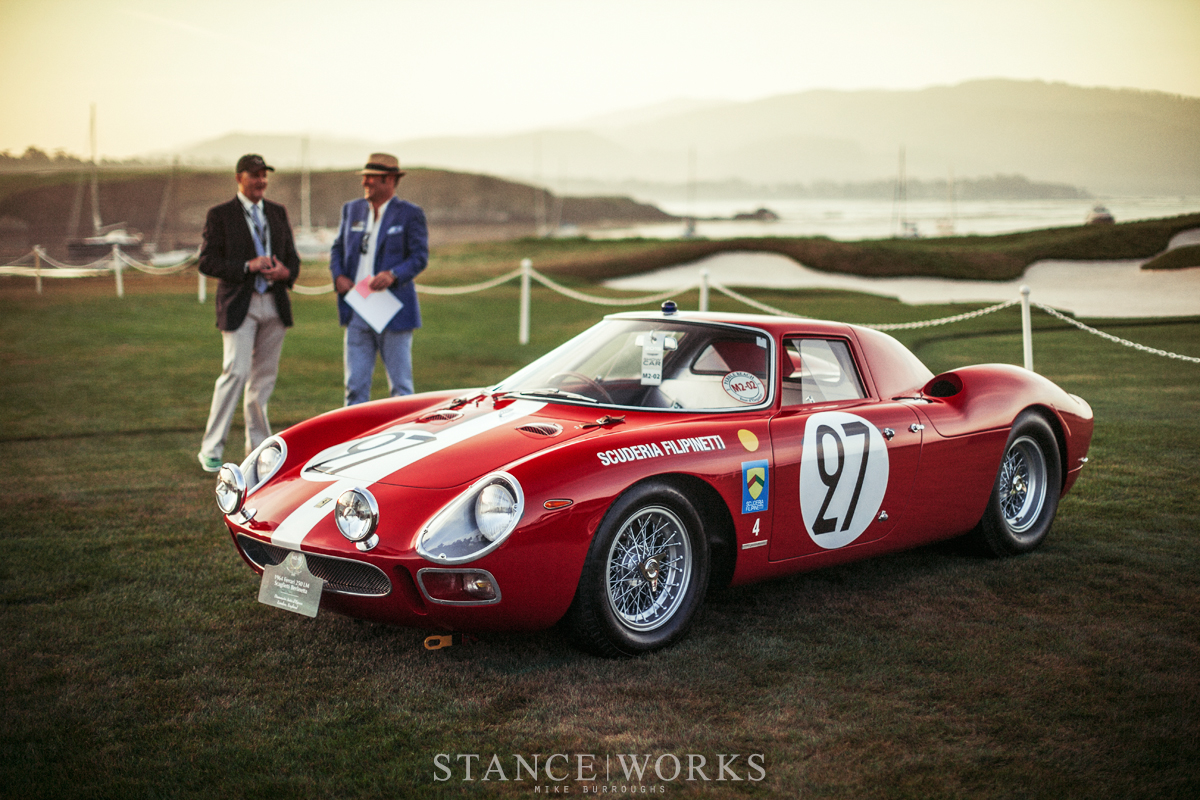 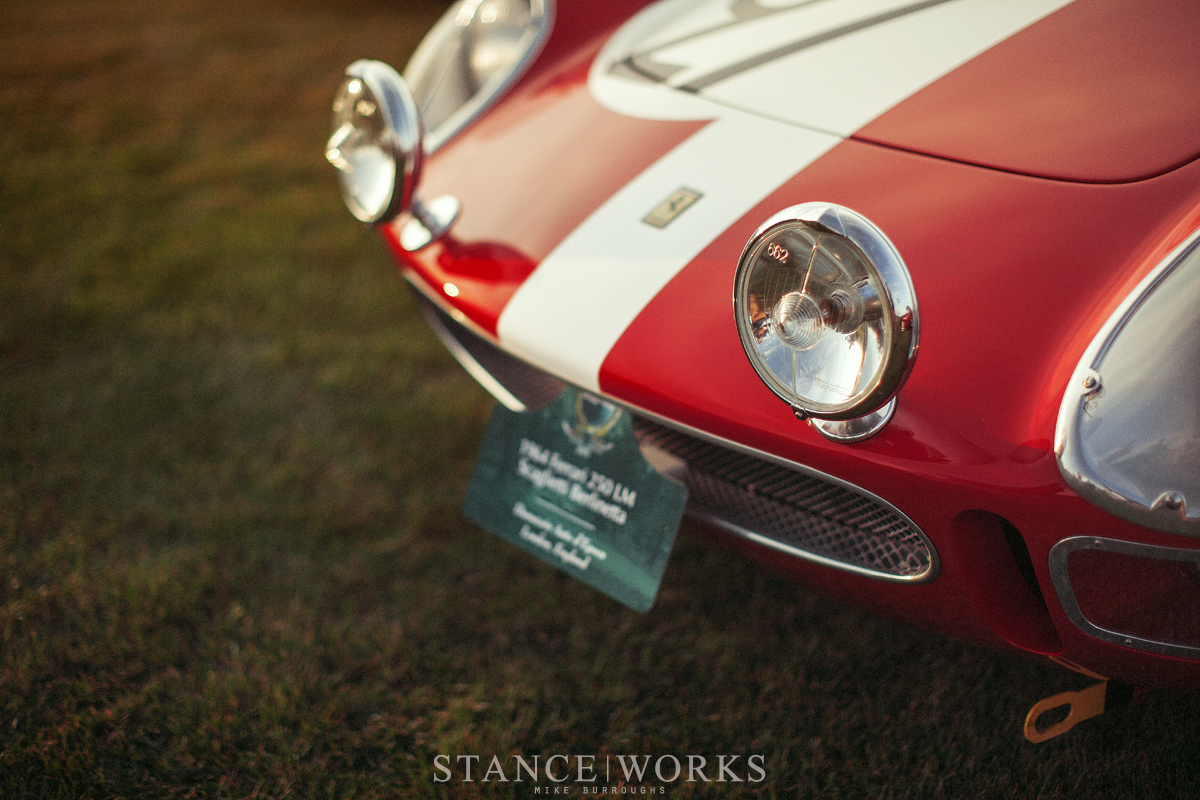 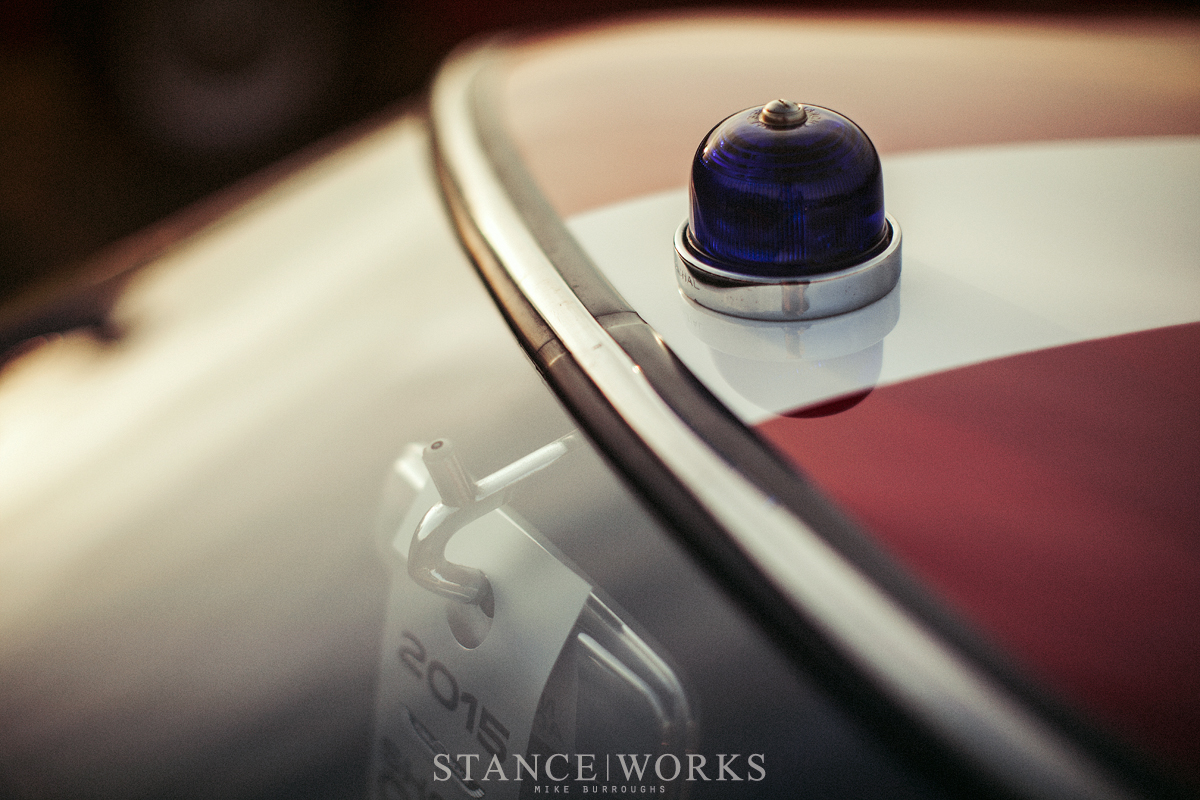 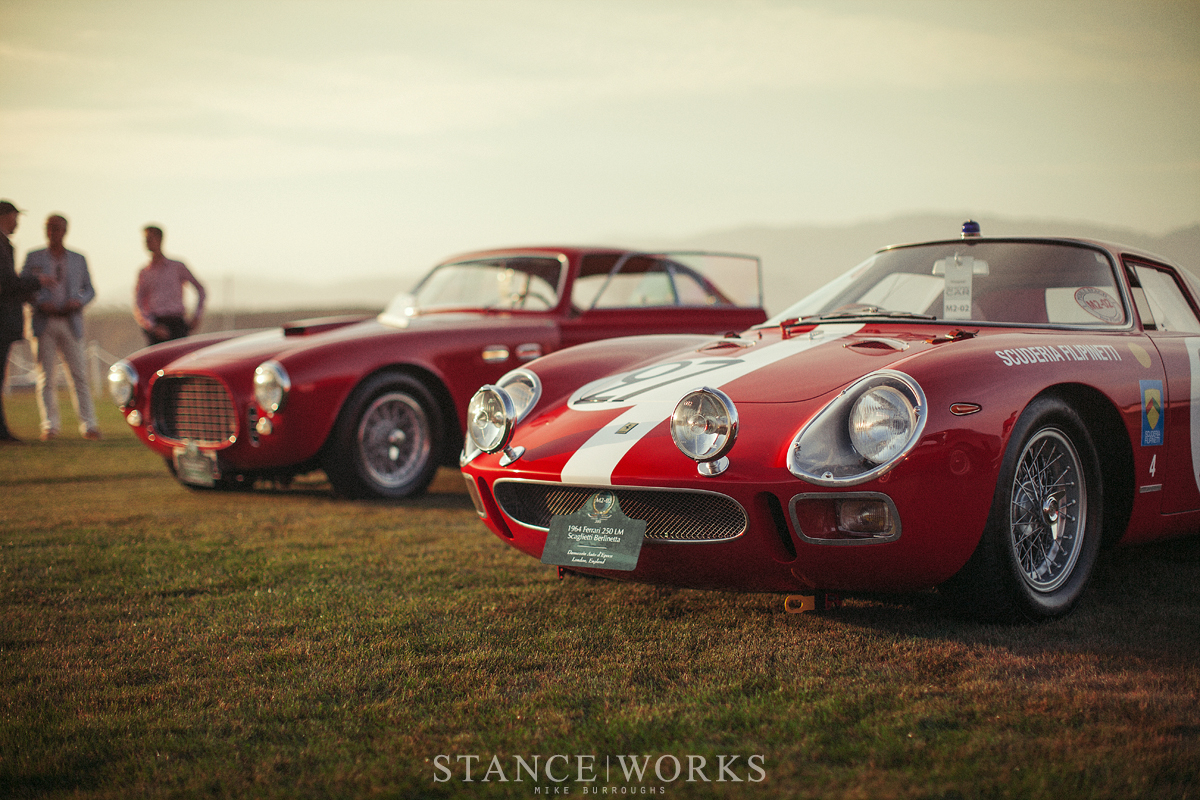 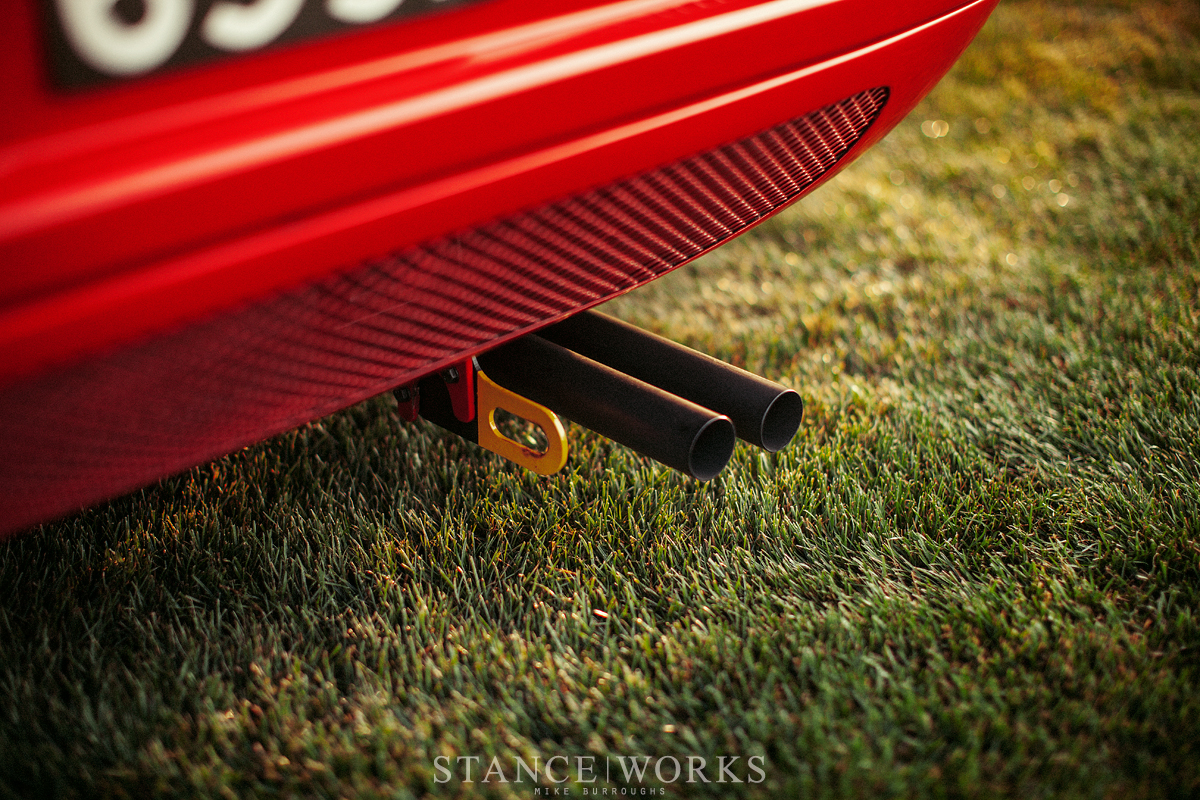 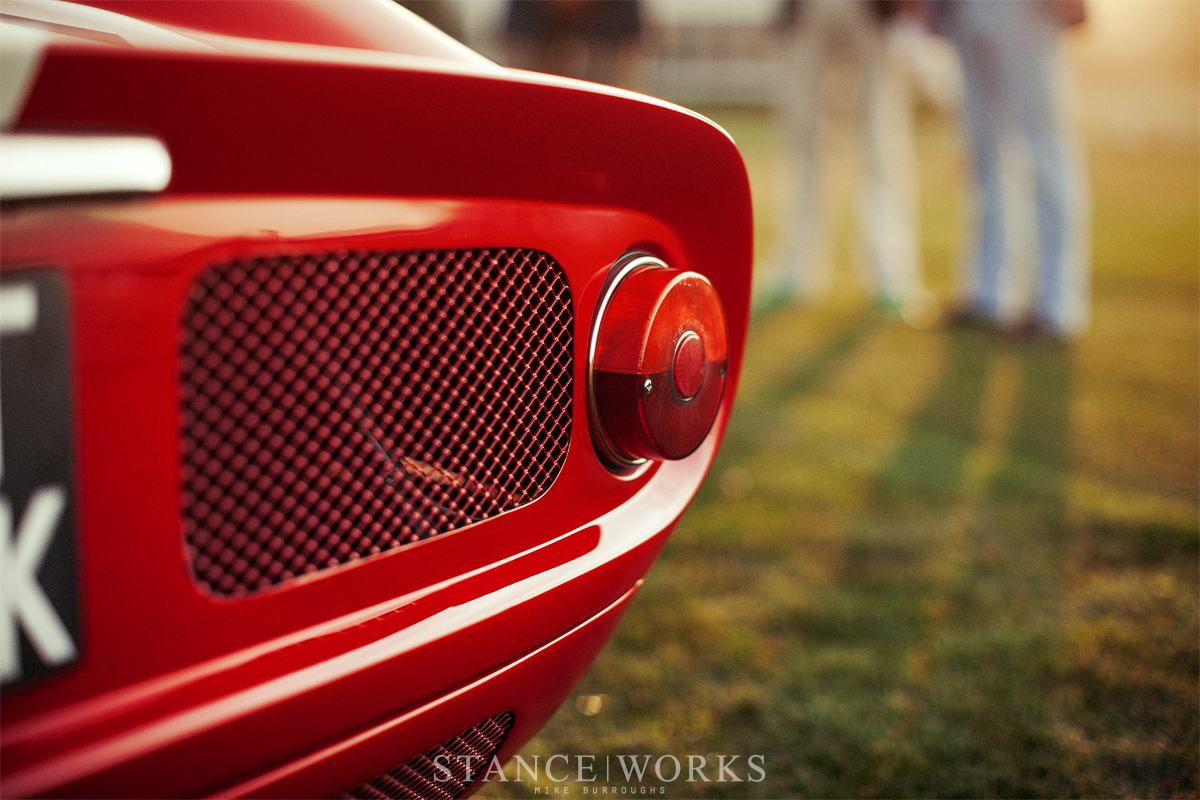 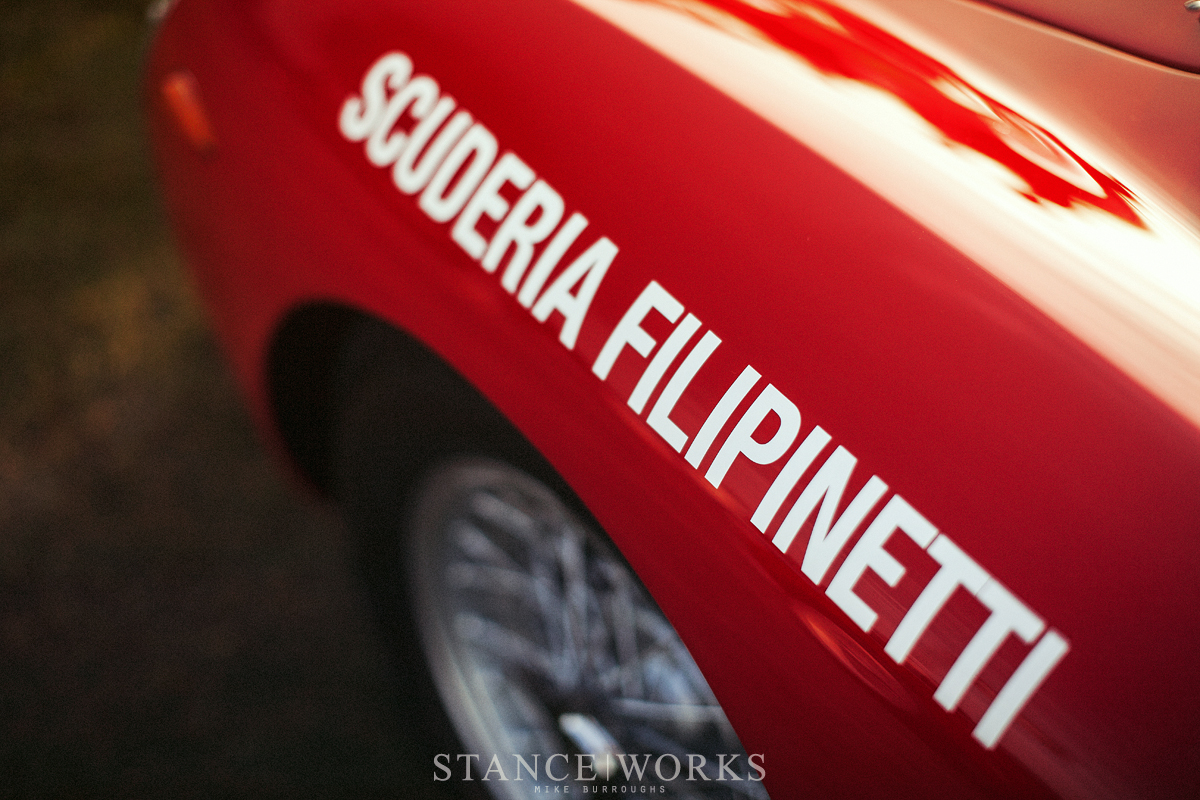 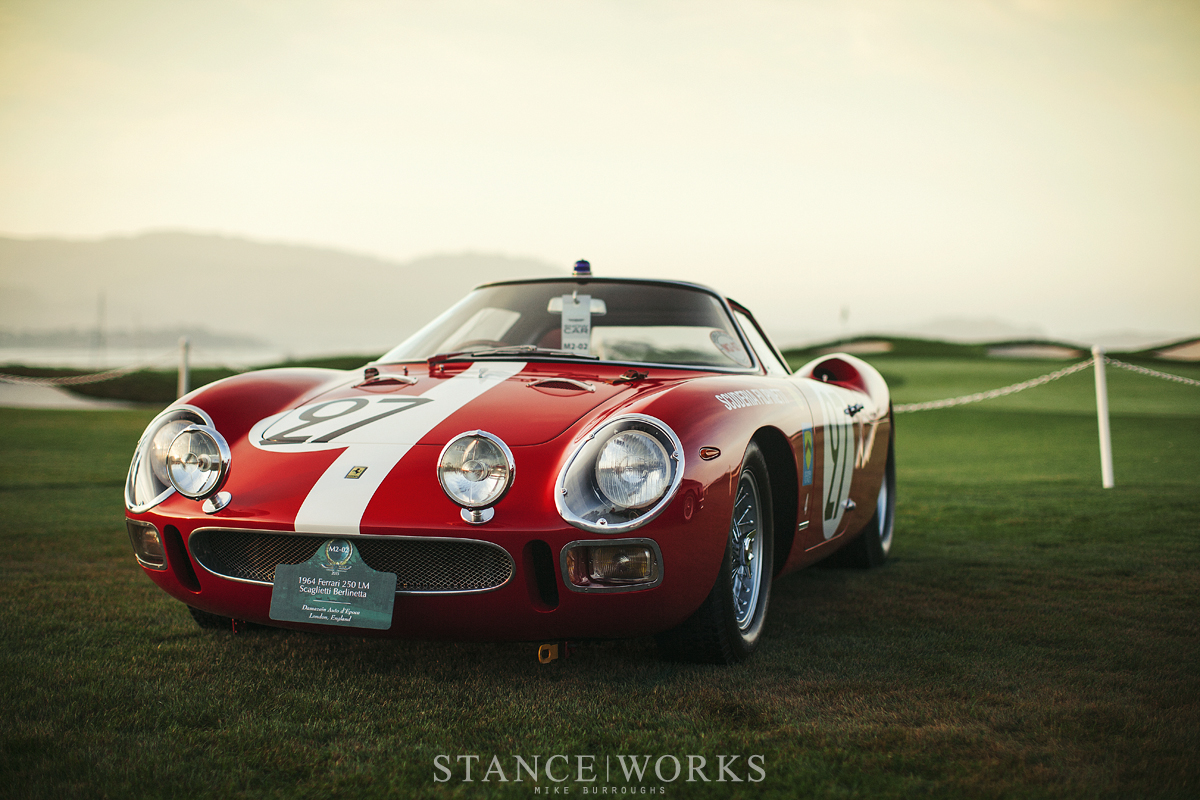