Alright, let's get this out of the way first: I'm not going to suggest that electric cars will ever replace what internal combustion engines do for folks like you and me. The smell of burnt fuel, the scream of high RPMs, and the mechanical, technical, and dirty nature of it all undoubtedly holds a place in our hearts. The argument I'm going to make comes from a guy that adores classic BMWs, and out of the 40-50 cars I've owned, only three have been newer than 1989, and that's no mistake. It's likely that nothing in this lifetime will ever satiate my interest for an assault on my senses quite like high-octane, high-compression, high-horsepower engines, I imagine the same goes for you. But you'd be a fool to deny that the future is electric. 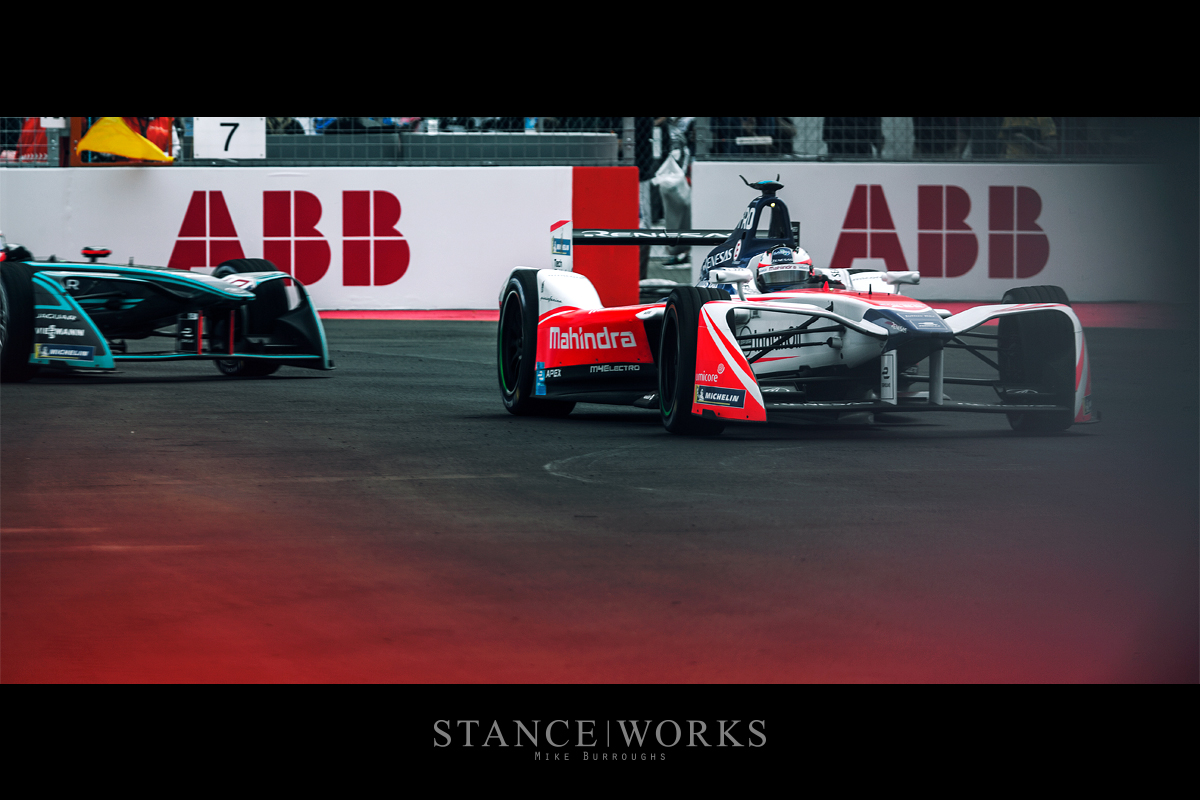 Two weeks ago, I was flown to New York City, or Brooklyn to be more specific, to join BMW for the finale of the FIA's Formula E series, raced on the streets of Redhook. I've been to a considerable number of races at this point in my life, but never something quite like Formula E. For those not in the know, Formula E is the world's premier Formula racing series for electric cars. Marques like BMW, Jaguar, Audi, and Renault are all investing huge money into the sport, which continues to grow year after year. 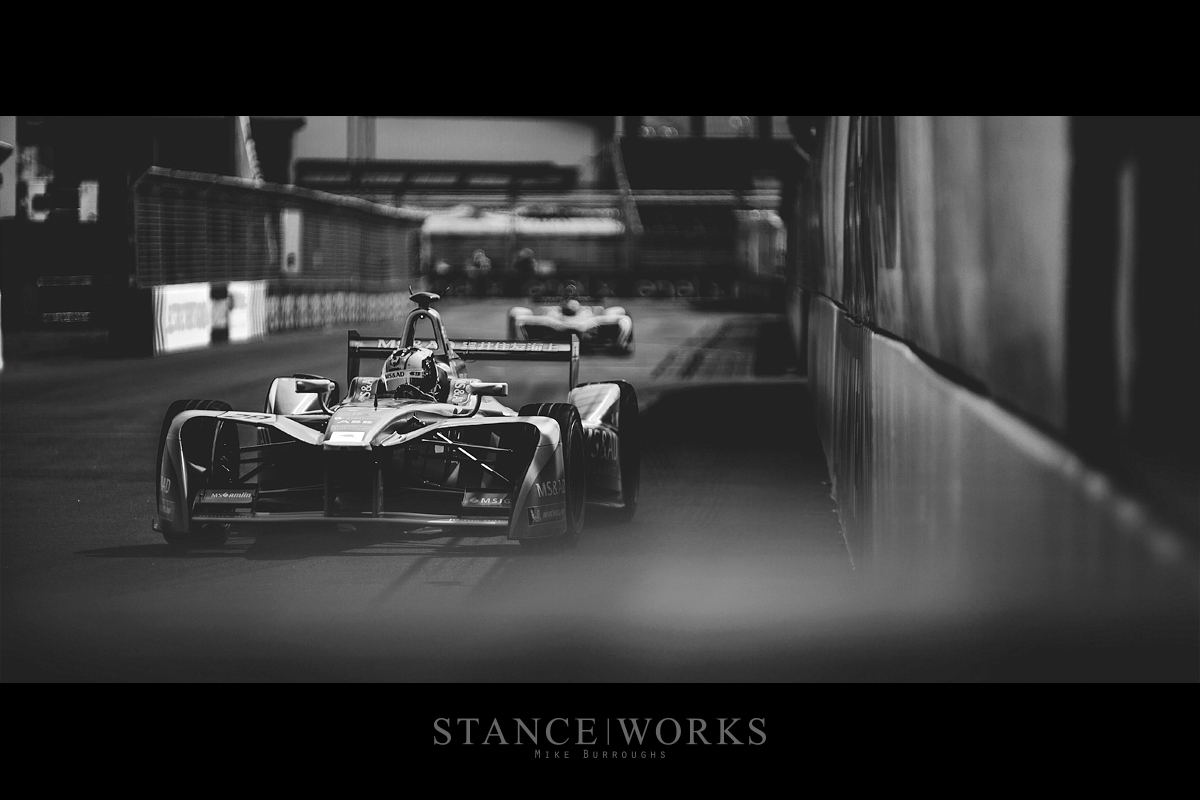 My time at the race was refreshing - it was a unique experience for me. I never donned my ear plugs. The orchestra of pistons and valves had been replaced with something new: a symphony of howling electric motors, and the much-more-prevalent scream of rubber tires on asphalt. The spirit of competition was alive and well, just as any other circuit, leaving Formula E to straddle a blurry line between foreign and familiar, but welcome in either case. It was an exciting look into a new world of motorsports, and most importantly, it left me inspired about the past, present, and future of electric automobiles. 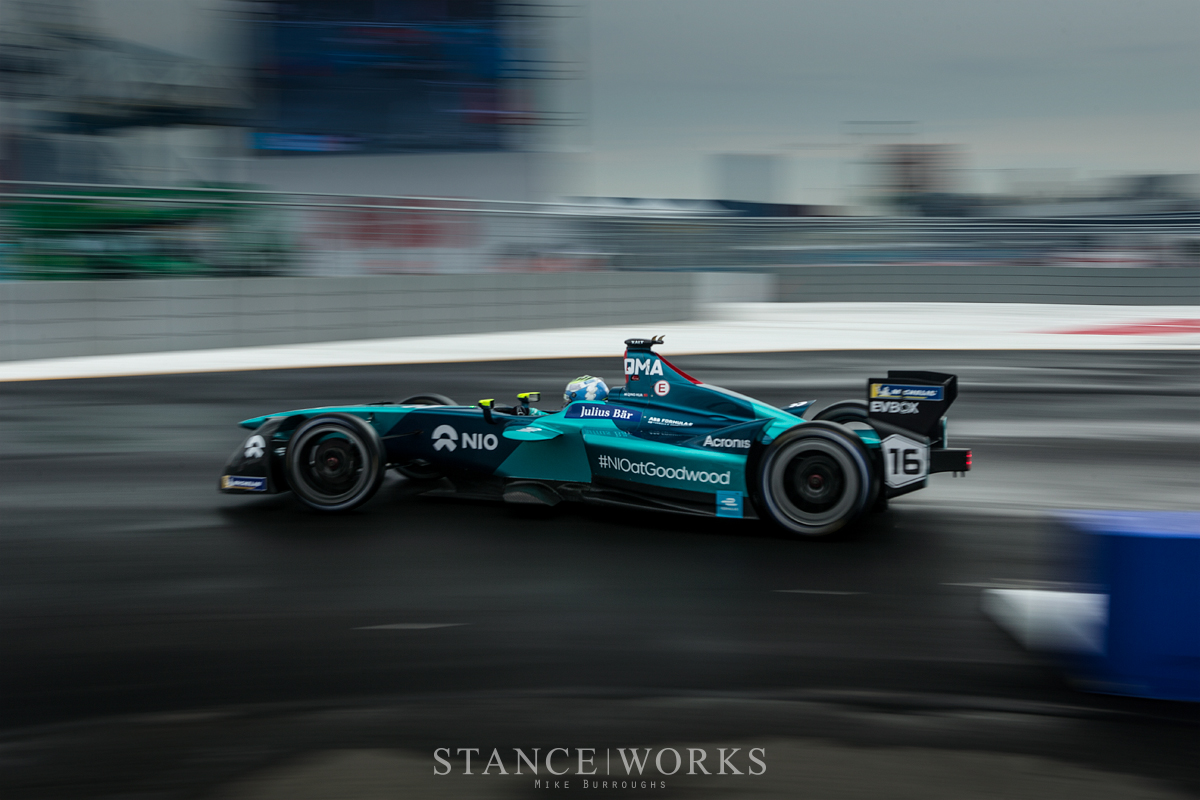 At times, I feel bad for the Toyota Prius. It's the butt of almost every joke in the automotive world. It's an anemic, ugly, hybrid. Oh, that word. It's the bane of any motorhead's existence. It represents the antithesis of everything I mentioned before. "Hybrid." As clean as it is, it's almost a dirty word in some circles. But need I remind you, the Prius was only what it set out to be, and it did so swimmingly well. In fact, I think we owe the Prius an apology for all those stupid bumper stickers we conjured up. 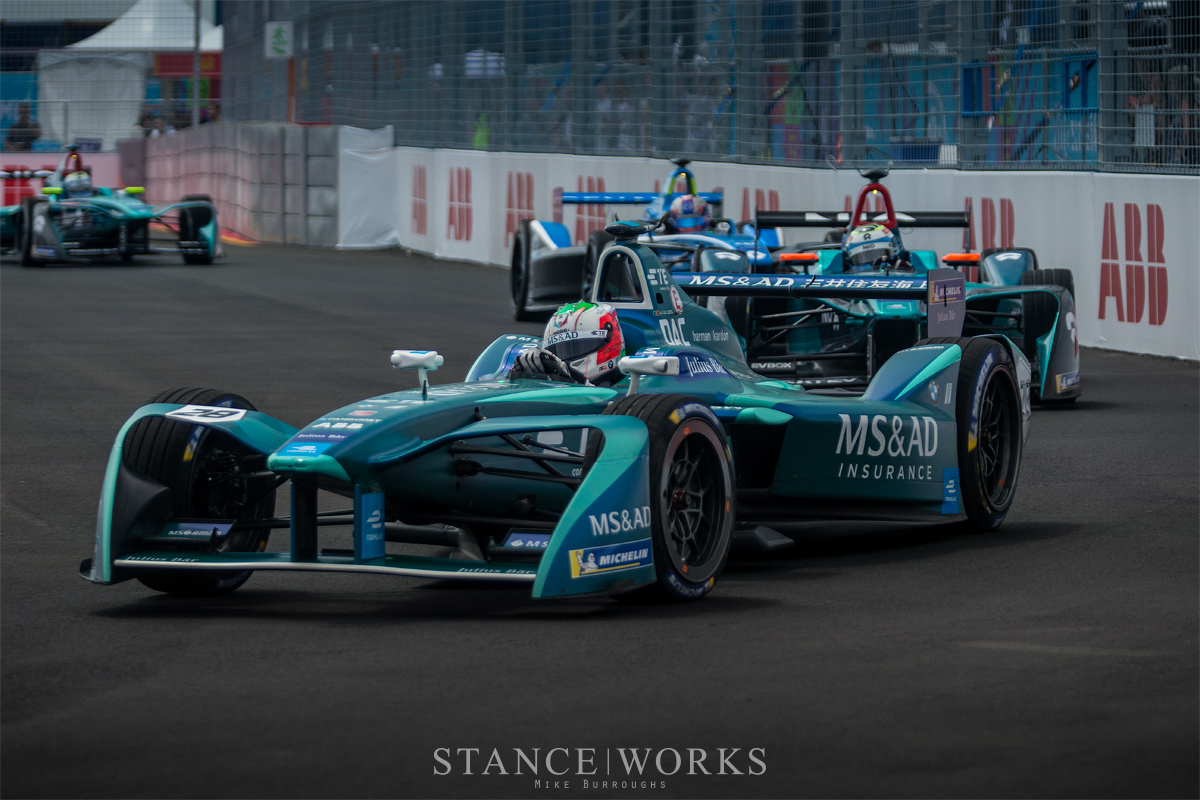 Here's the thing... the Prius shares something very important with the fastest cars on earth today: they're all hybrids. Now, I'm not going to suggest that the Prius is solely responsible for the P1, the 918, or the La Ferrari, for example. But I'll say that without the Prius, we might not have them. When the Prius was launched in 1997, it brought hybrid technology to the mainstream, showed the world what was possible, and pushed the big manufacturers to invest in the technology. Now, 20 years later, hybrid and electric technology is quickly approaching an unparalleled level. 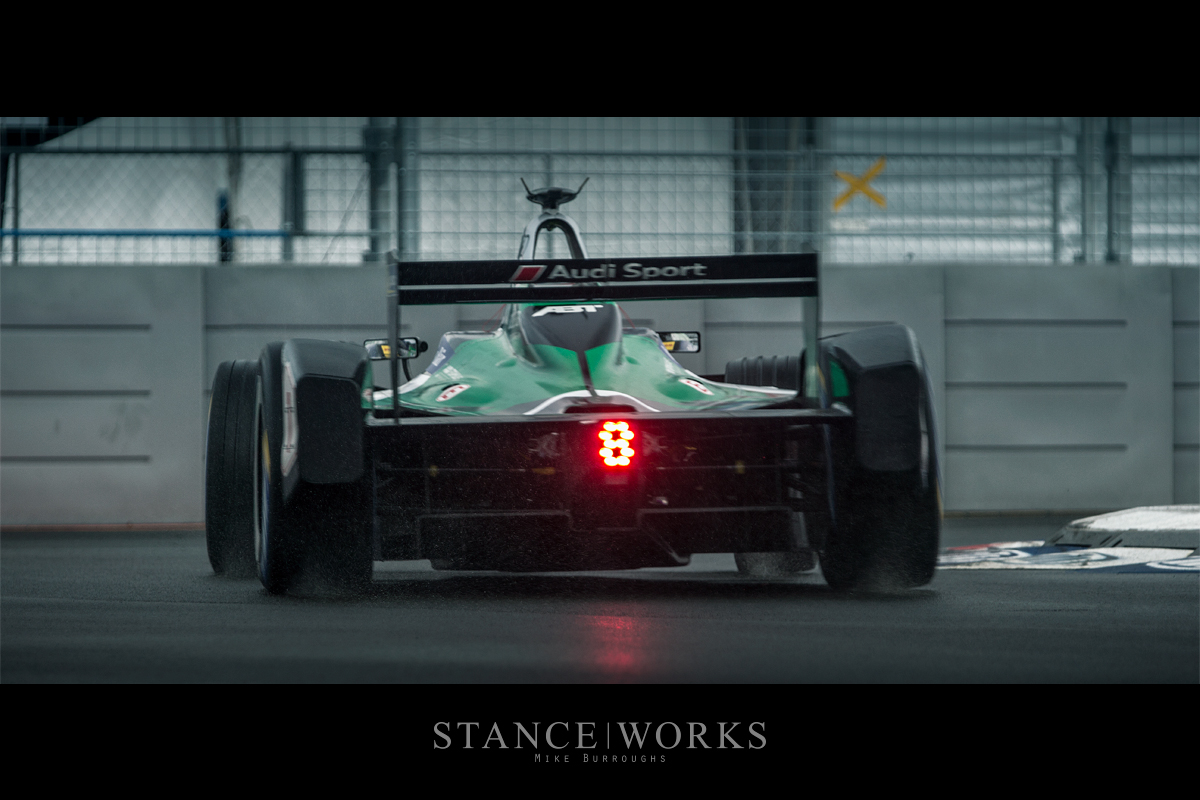 Take the Tesla P100D, for example. It weighs a staggering 5,000 pounds, was built for comfort, and has enough technical gadgets to impress James Bond. Oh, and it'll out-drag almost any car on the street. In fact, when Motor Trend tested the Model S last year, it was the first ever car to break the 2.3-second 0-60 mark, at 2.2755 seconds. Now, I know, your rebuttal may be "who cares about straight line speed? I wouldn't want to drive a Model S through the twisties like my Miata." That's fine, you're entitled to that, but you're probably missing the point. What's important is that electric cars are setting benchmarks for a new era of performance. For $100,000, you can buy a Model S that will out-accelerate almost anything, period. That's pretty special. 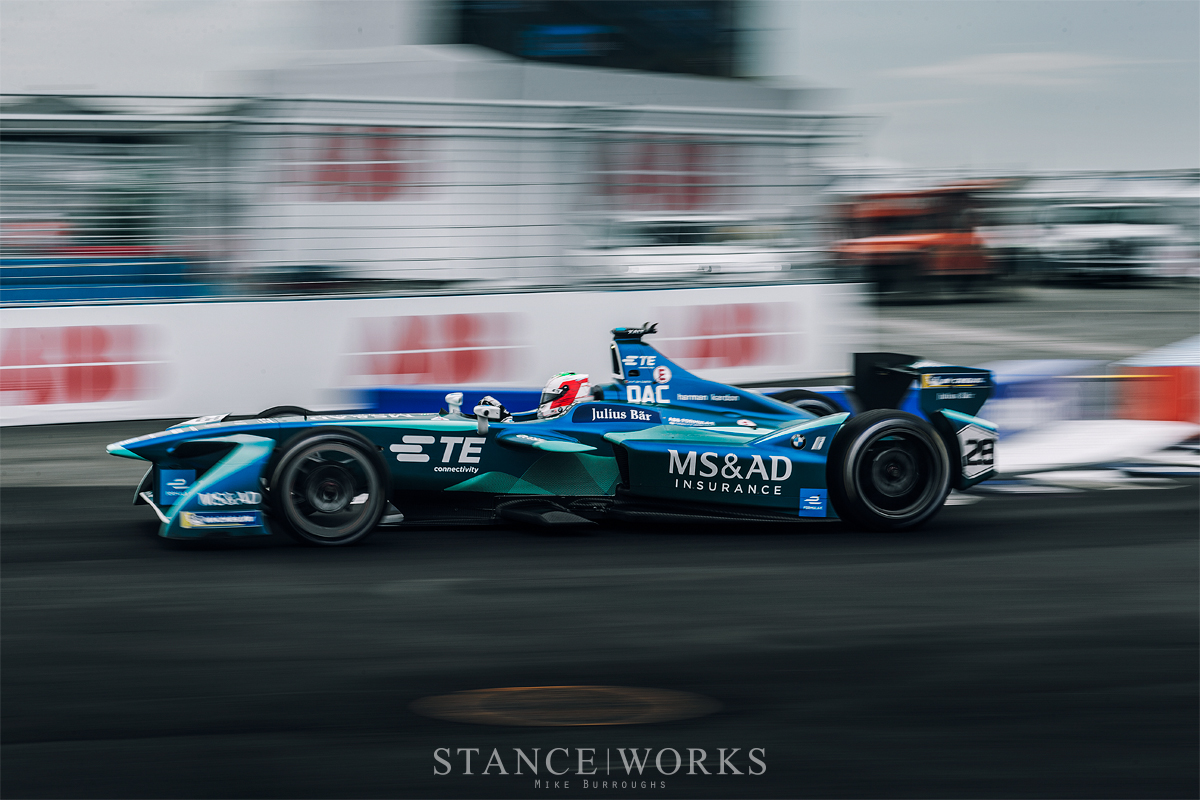 It wasn't all too long ago that Porsche's 918 Spyder set the fastest production car time on the world-famous Nurburgring, a benchmark in automotive performance. At 6:57, it was a time made possible thanks to the car's hybrid technology. Sure, it'd been beaten since, but it goes to show just how capable electric power can be. 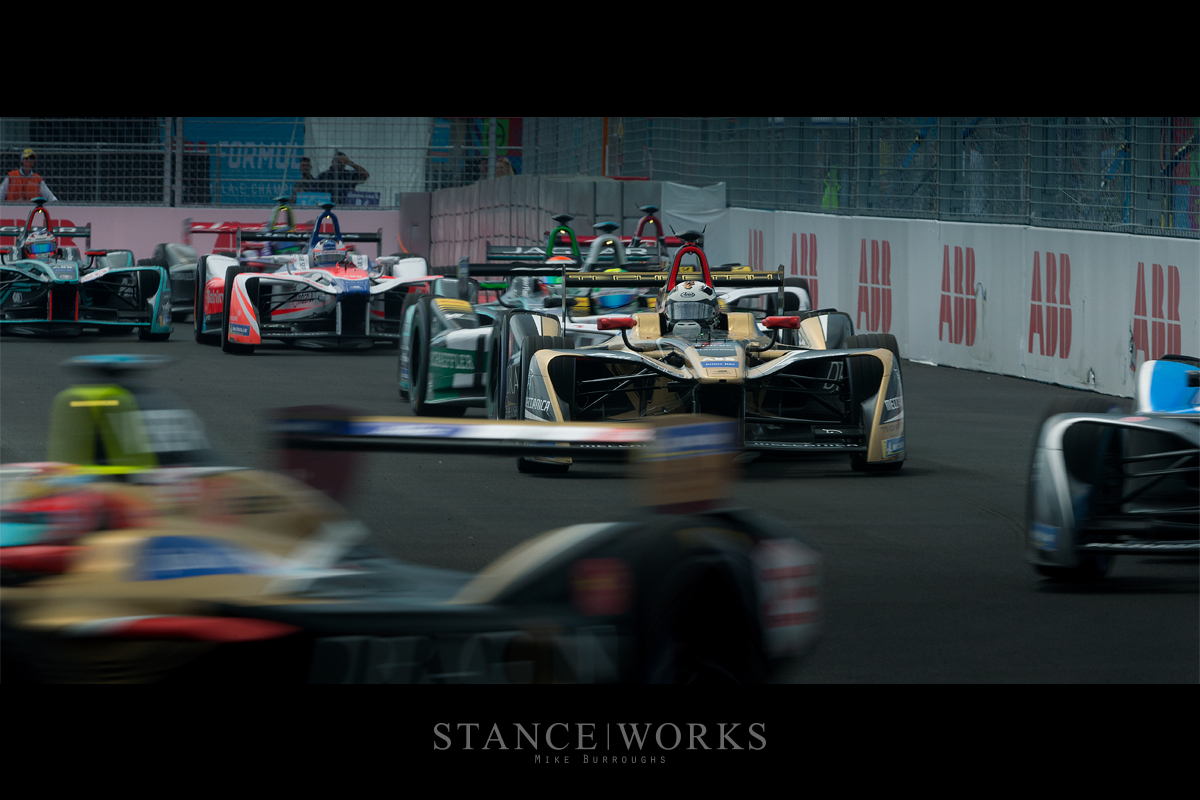 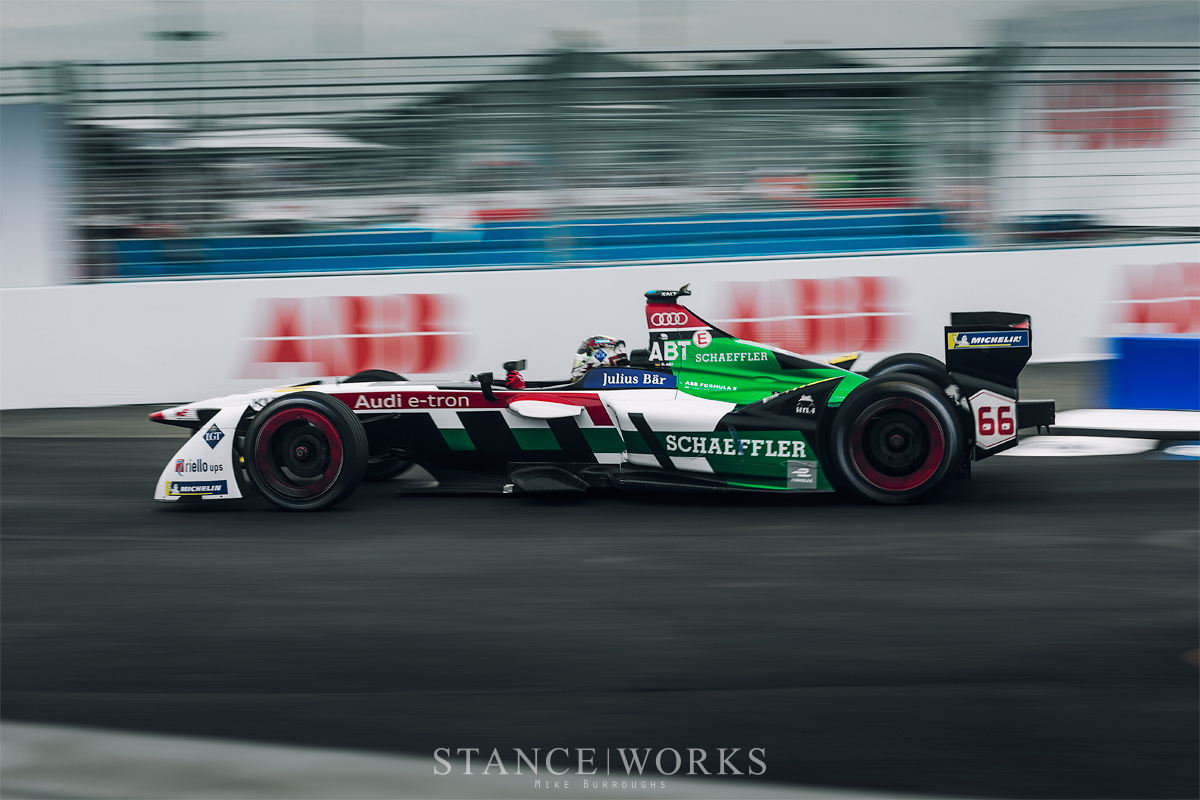 Yes, you're right, hyrbids aren't solely electric. All those record-setting hybrids have world-class combustion engines in them. But what's worth noting is just how far the technology has come in just 20 years. Tesla has already announced the new Roadster, and it's poised to be the quickest car ever built, and 100% electric. Not only that, it'll be one of the most efficient machines ever built, too, should Elon Musk's claims hold true. 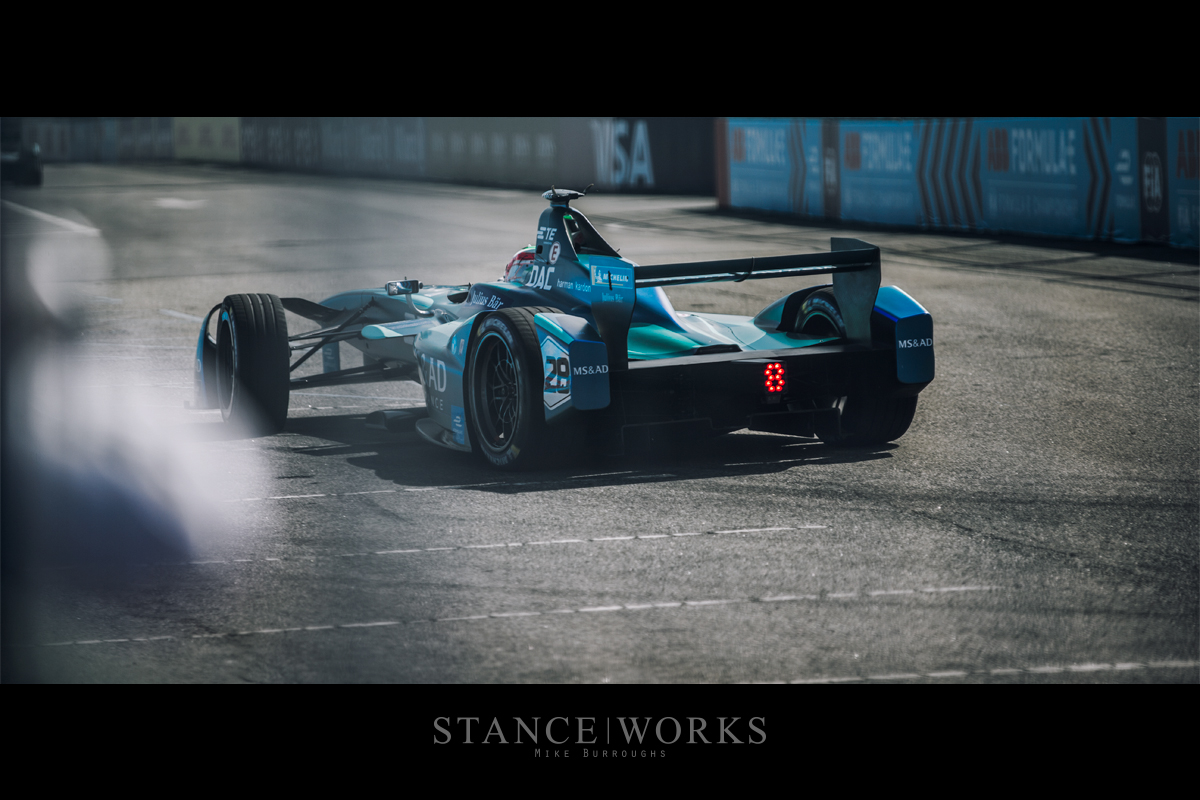 Pininfarina has announced their own $2M electric hypercar, said to go 250 miles per hour and accelerate to 60mph in under 2 seconds. Ferrari has announced an electric car too, and this all comes in what I believe could only be considered the infancy of high performance electric consumer vehicles. 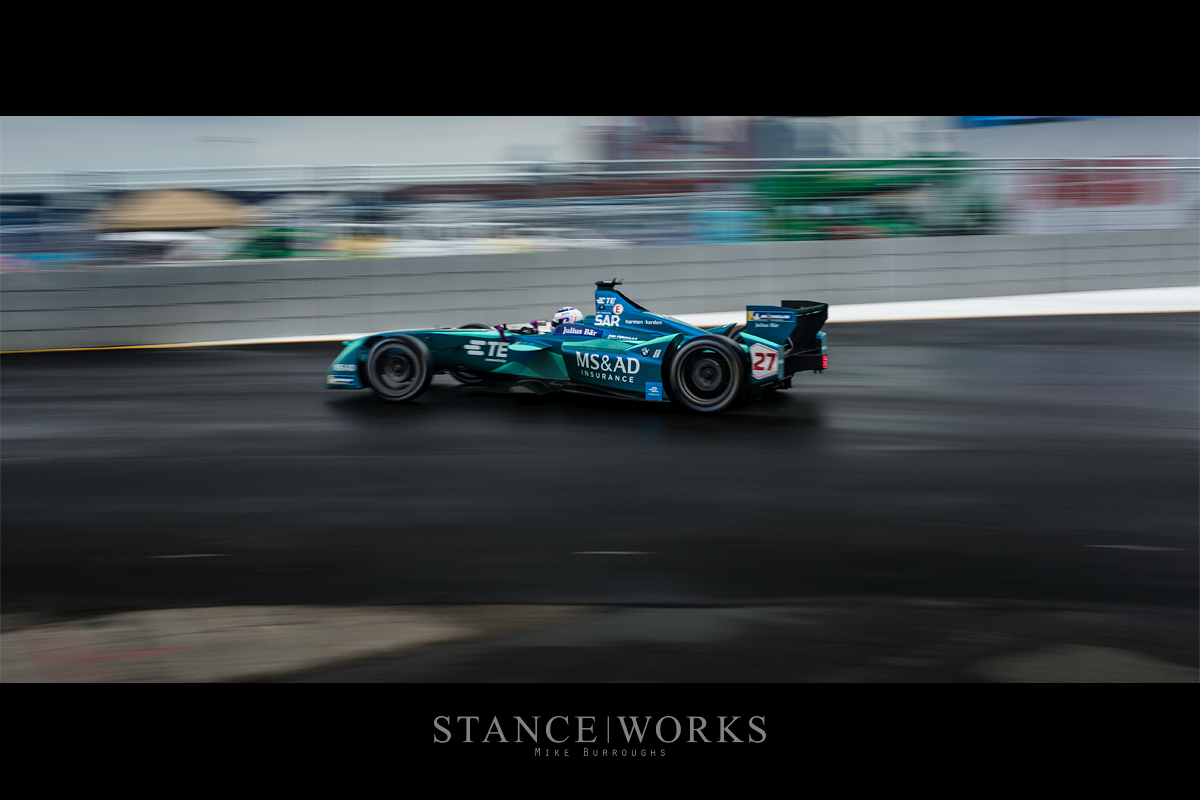 Continue the debate if you feel the need, but one thing is certain: electric technology is evolving at a rapid pace; one that's almost impossible to comprehend. In time, electric cars will redefine the world of automotive performance. It's only a matter of years, or maybe a few short decades, before the technology behind electric motors and batteries will surpass what combustion engines are capable of. 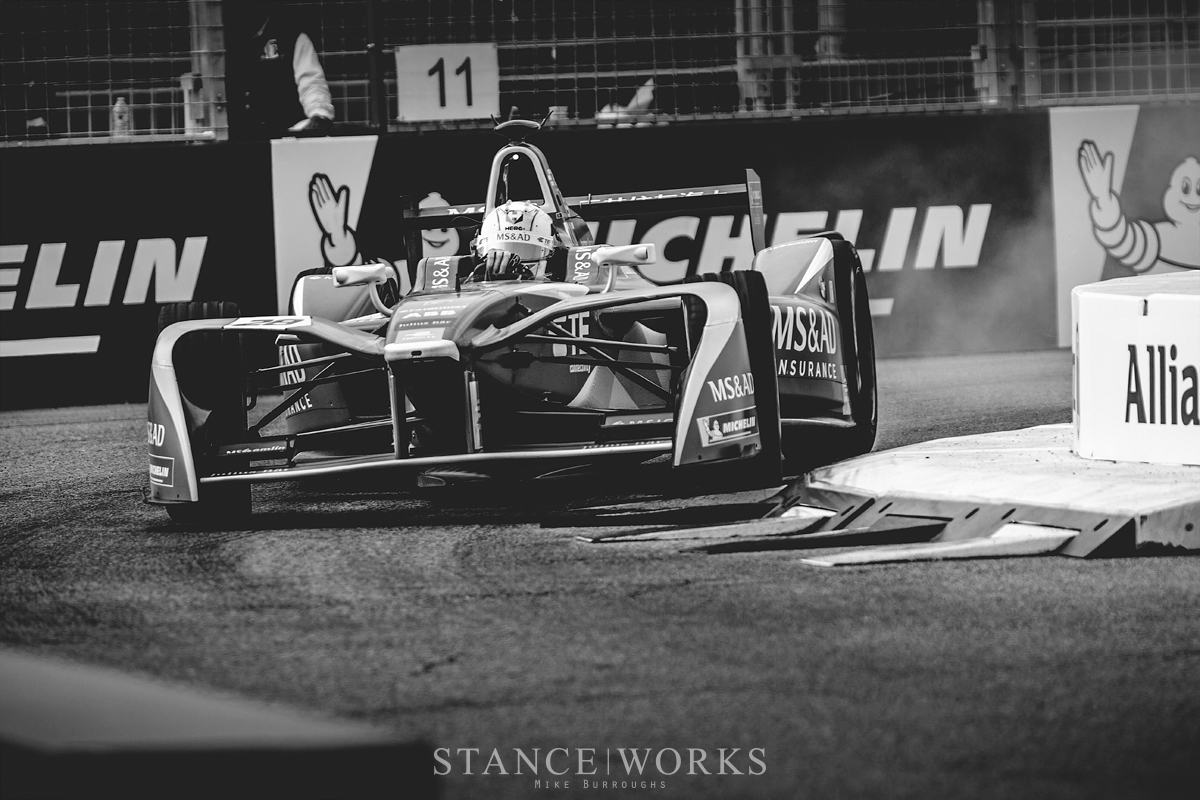 I'm not sure I'll ever prefer what electric cars have to offer over the raw experience I've grown to love from a petrol lump, but I'm excited to embrace what the future holds. The future is electric whether you want it to be or not. Nothing will replace the smell of fuel or the sound of an engine, but in 20 years, who’s to say the howl and whine of a million watts surging through a power train won’t become synonymous with the the thrill of driving? I’m sure people, perched atop their horses, hated the sound of the clackety Model T, but look where we are now. 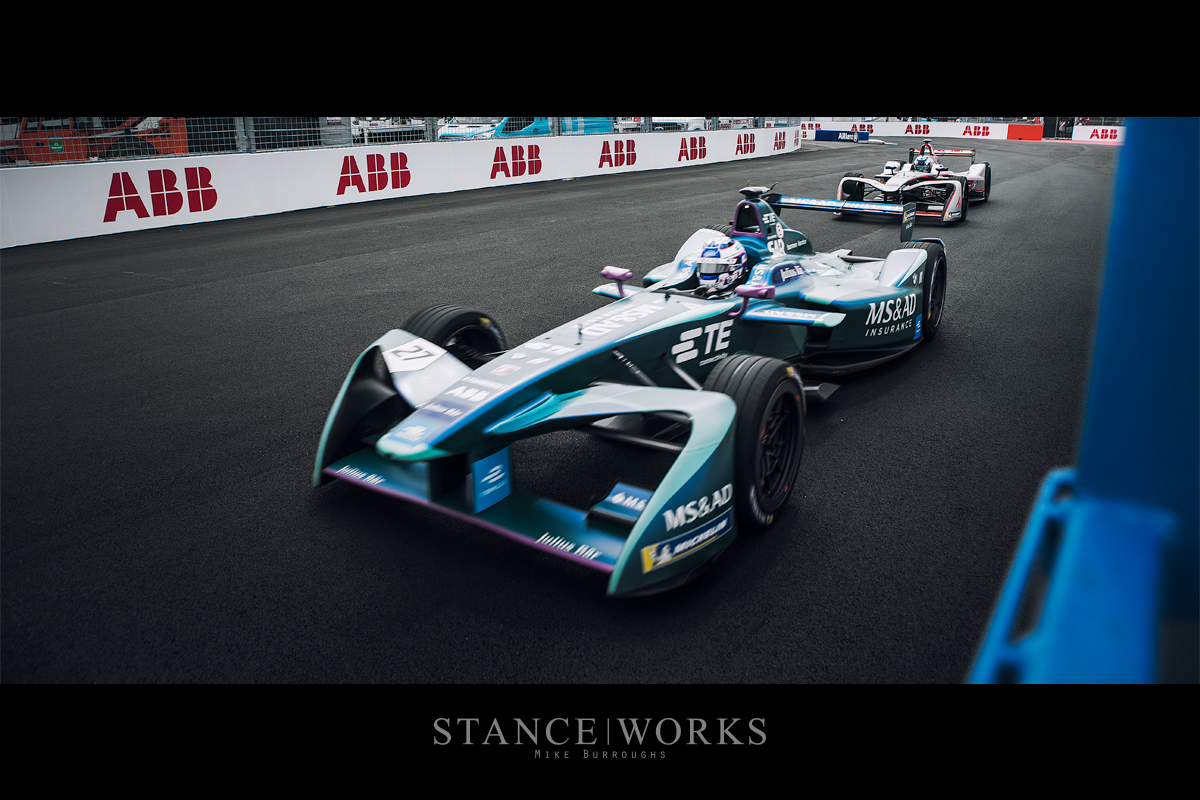 Have patience, have an open mind, and have some excitement. We’re going somewhere new. You’re still allowed to love vintage BMWs, just like me, while also harboring enthusiasm for the future. 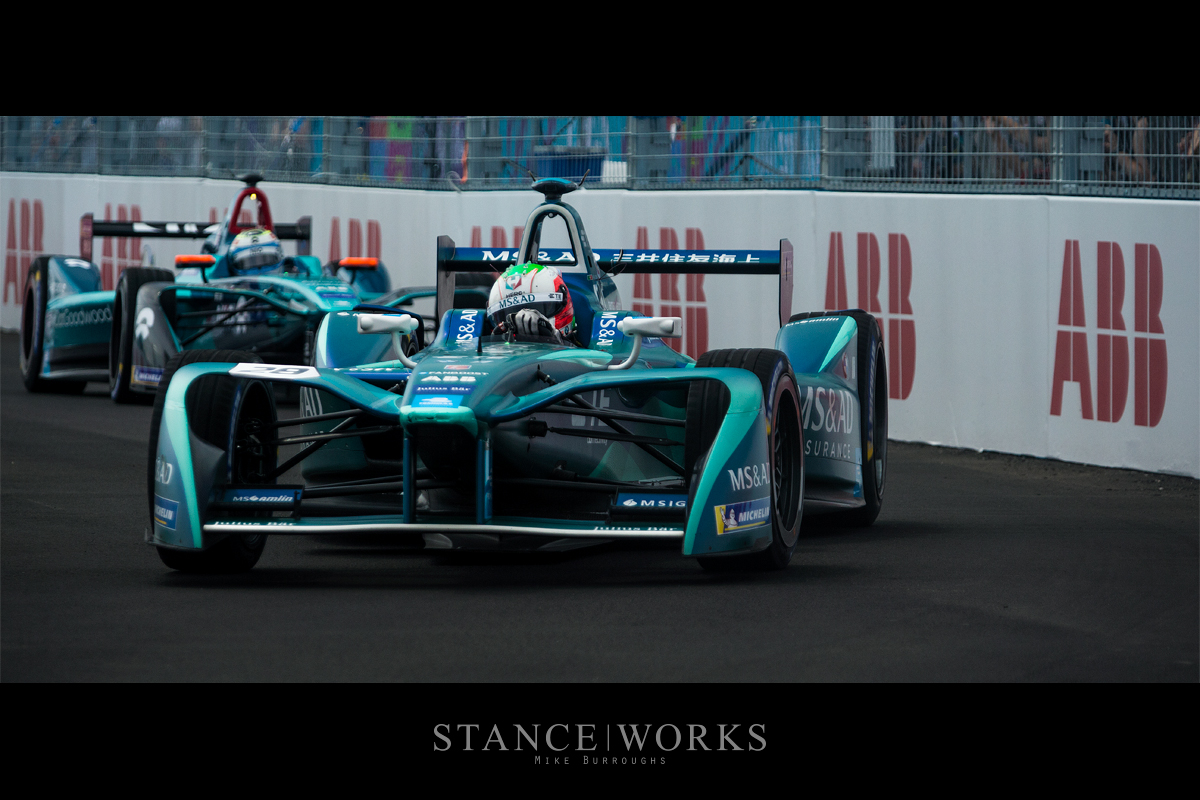 Thanks to BMW Motorsport for furthering my interest in the future of man and machine. The Formula E finale was a blast, and I am eager to watch as the sport evolves.