Carl Taylor has made a name for himself, and it's one synonymous with some of the most vibrant, boldest builds out there, Stateside or not. He's no stranger to the StanceWorks homepage, nor seemingly any other blog or magazine, and with good reason. His cars have set a benchmark for style and vivaciousness, pairing bright colors and custom wheels with unique parts and the Players style he's come to be known for. For everything we've seen from him though, this S13 presents his first build on a Japanese platform. As a European with a Japanese car in America, he's single-handedly representing the automotive trifecta, and we're thrilled to see the results. 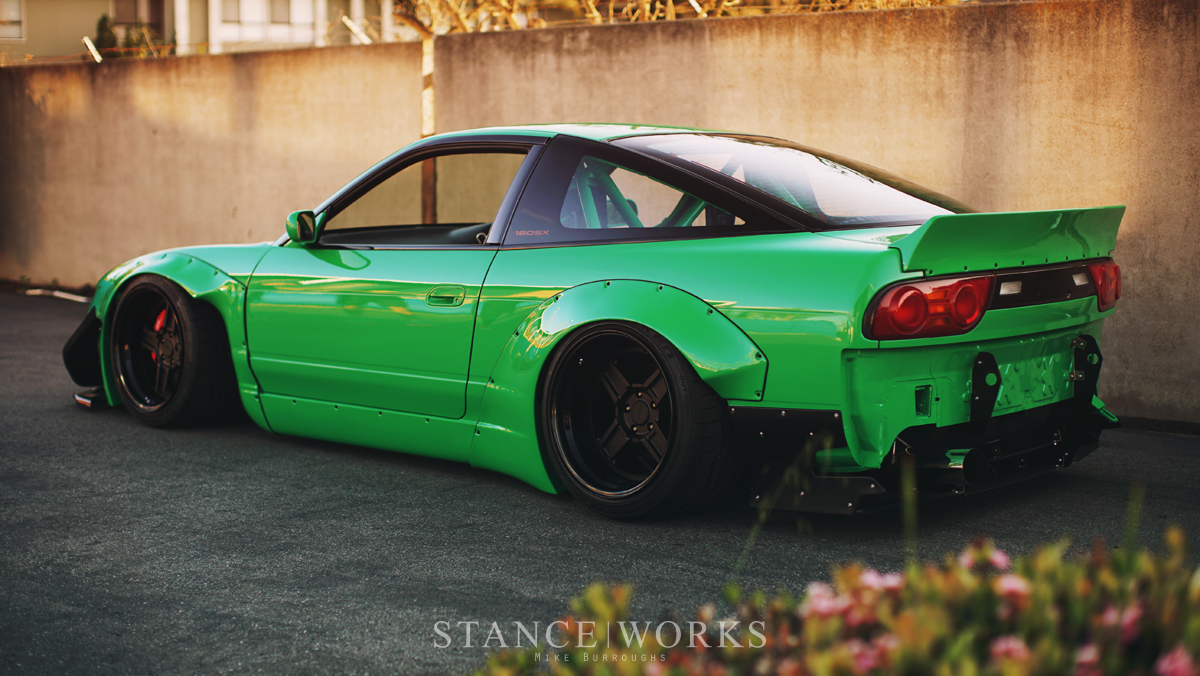 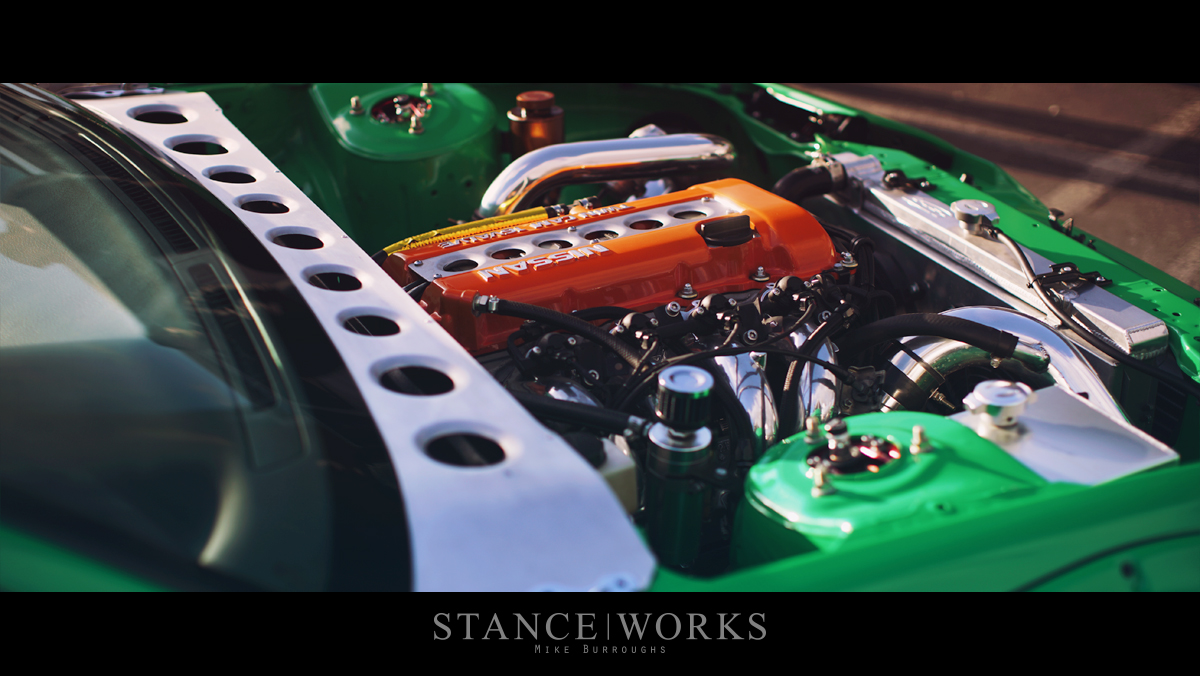 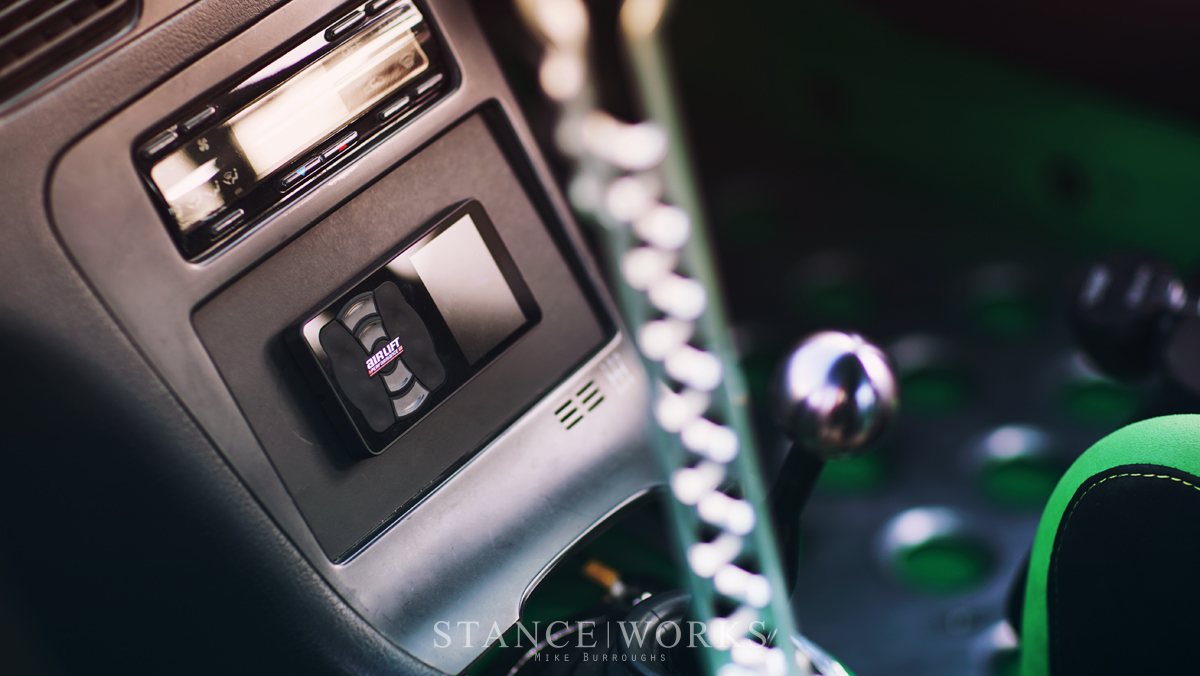 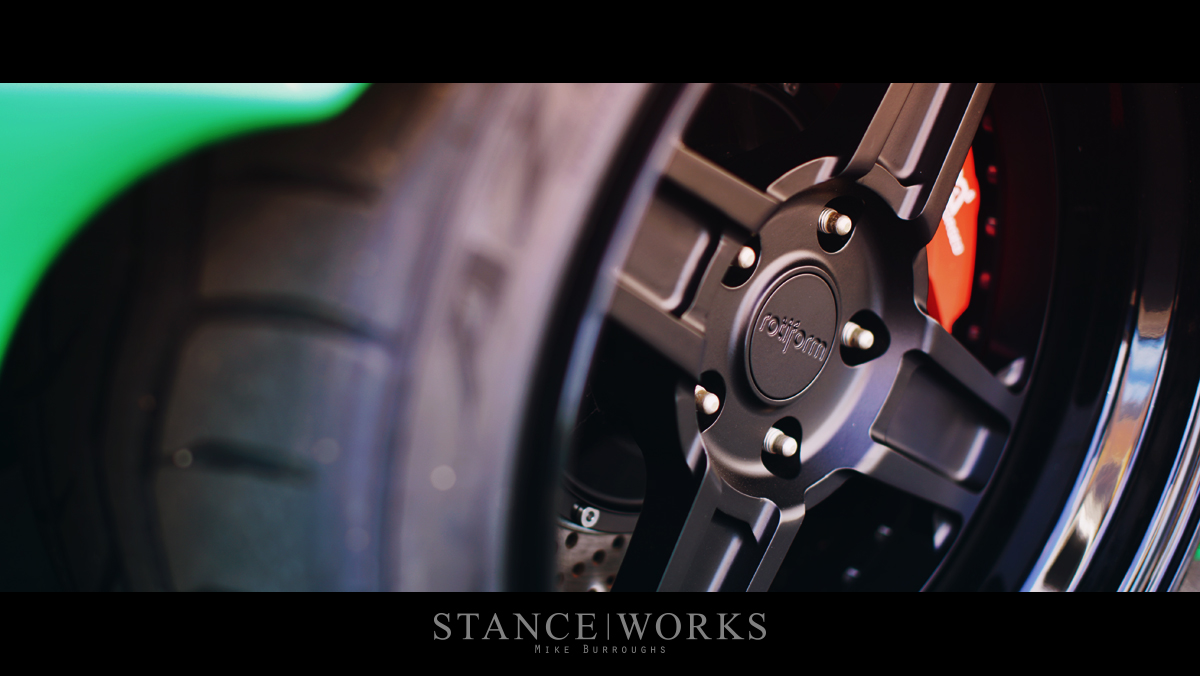 Carl's 180sx is a build that leaves no stone unturned. From top to bottom, inside to out, it's a thorough build, through and through. It's hard not to start with the signal green paint that coats the entire chassis. Everything from the floor pan to the over fenders has received the full paint treatment, putting most show cars to shame. Despite the fact that it's not a color the 180SX was ever offered in, the vibrant green is right at home on the hatchback, as well as in Carl's arsenal of machines. The car recently shed a set of white stripes in favor of a more clean, duo-tone aesthetic, allowing the car's aggressive lines and styling to speak for themselves. 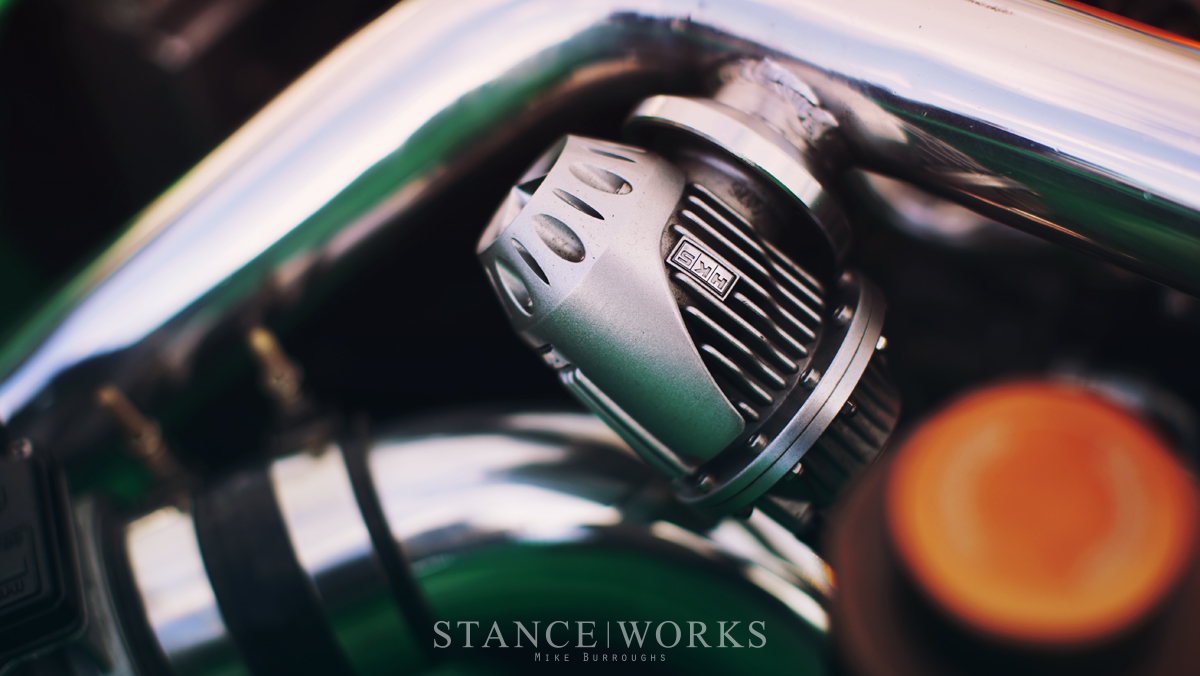 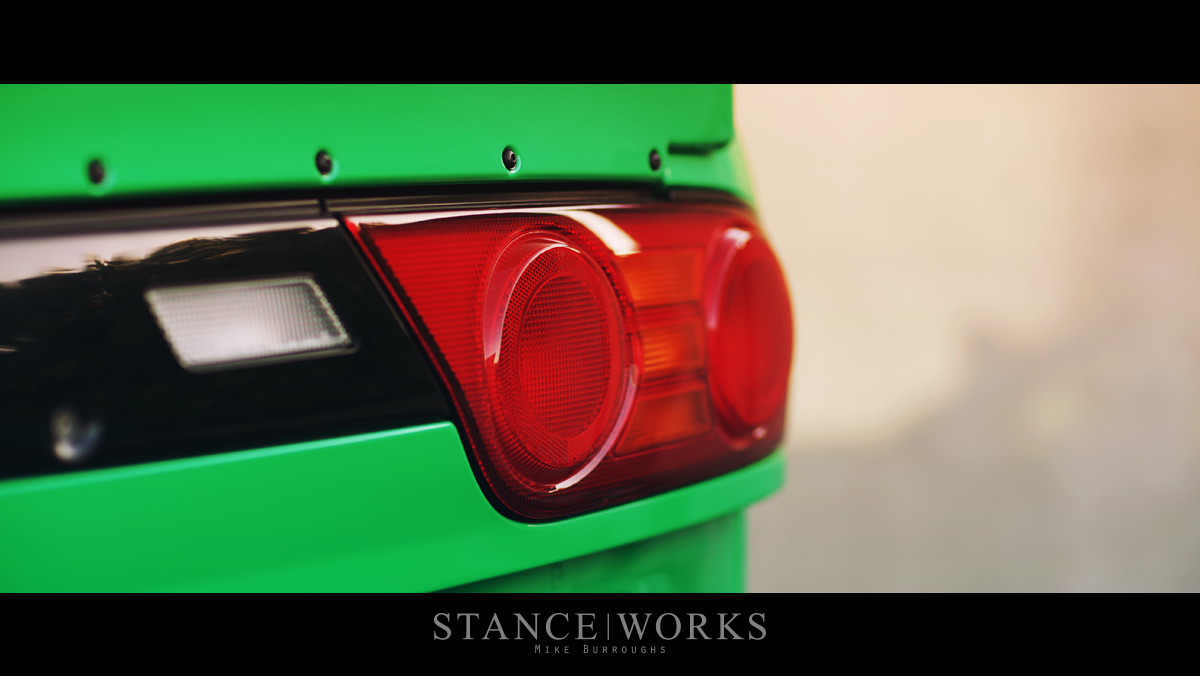 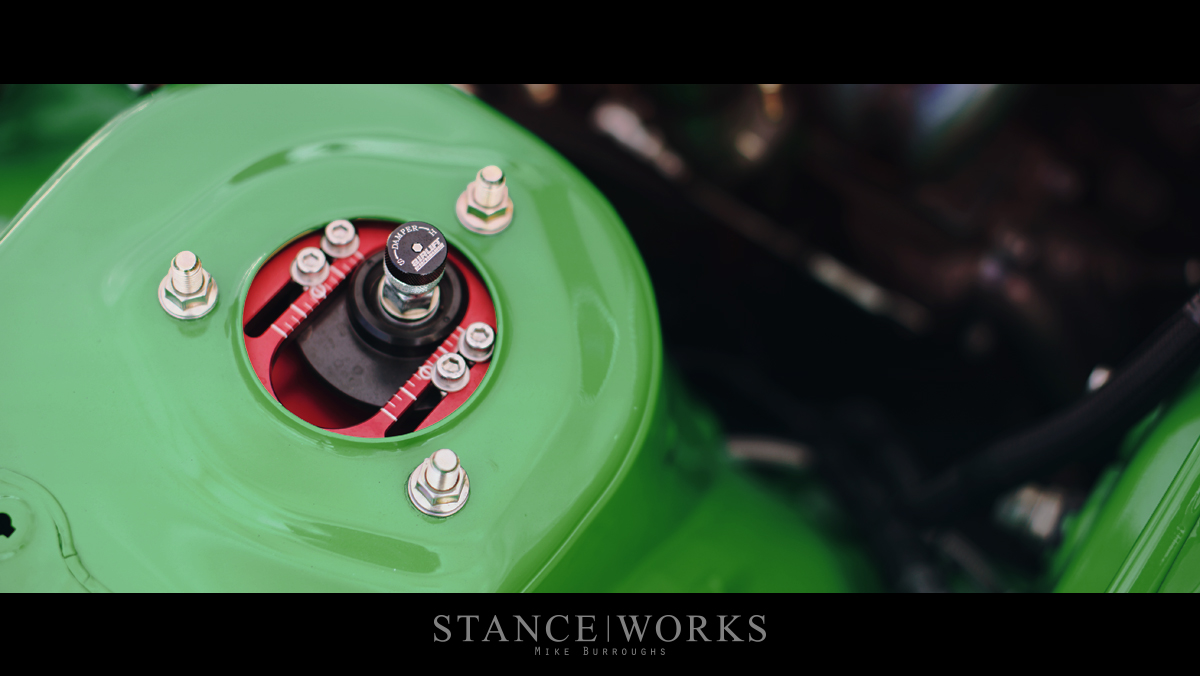 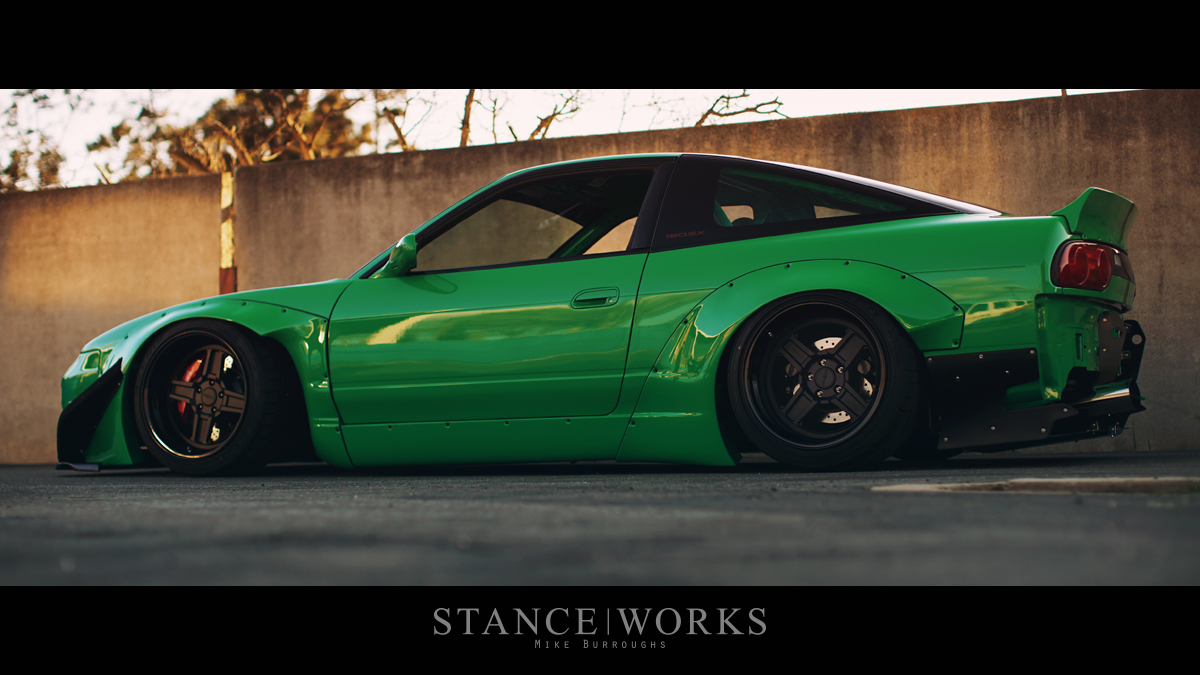 The car hunkers down over a set of incredibly wide Rotiform RBQs, wrapped in rubber that spans a full 315mm out back. With satin black centers and gloss black lips, it's a serious departure from Carl's standard flavors, but it's a welcome change that helps play to the styling of the drift-inspired coupe. Air Lift Performance's S13 kit makes for a bolt-on setup that allows the car to lay flat on the ground when in the garage or the paddock, but offers enough lift and stiffness to let Carl kick things sideways on demand. The 3H control unit has been mounted to the dash, while the air tank rests in the passenger footwell, and the compressor disappears in the glovebox, making for a nice, sleek installation of the management system. 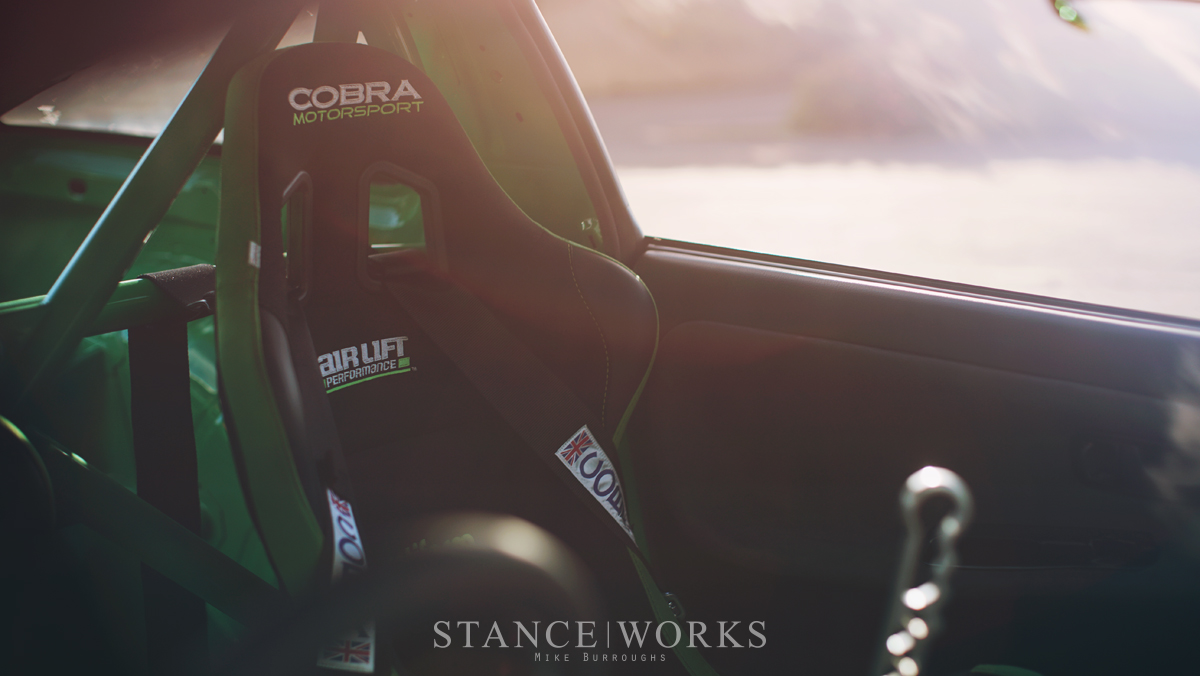 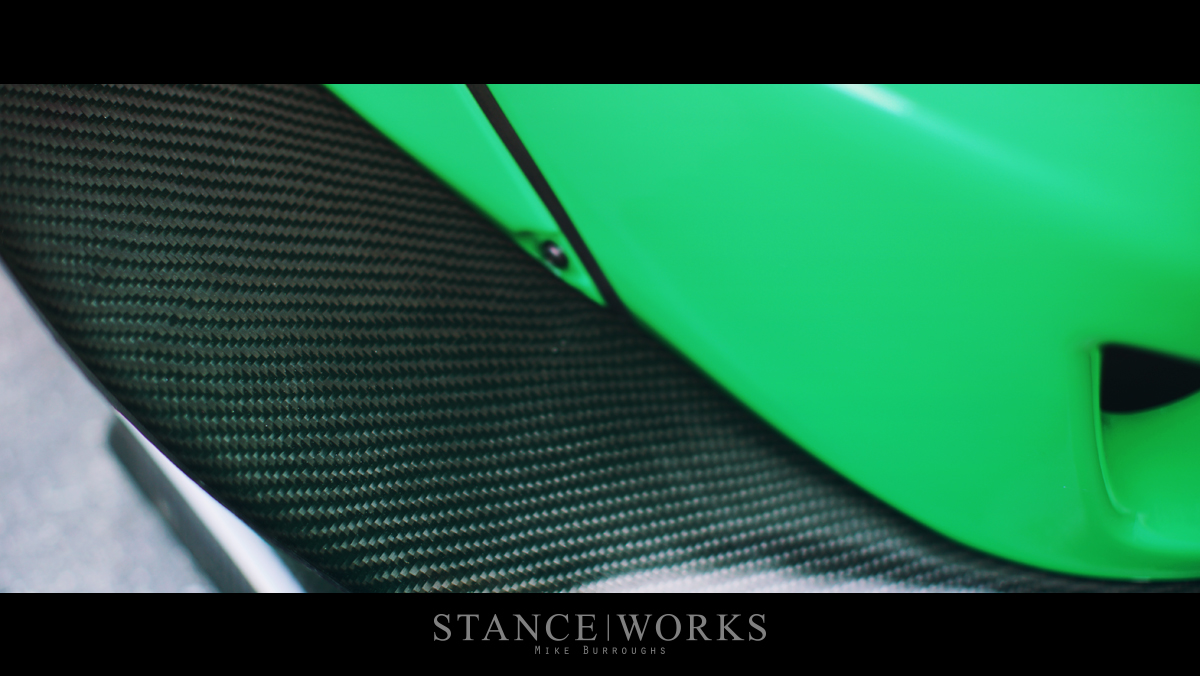 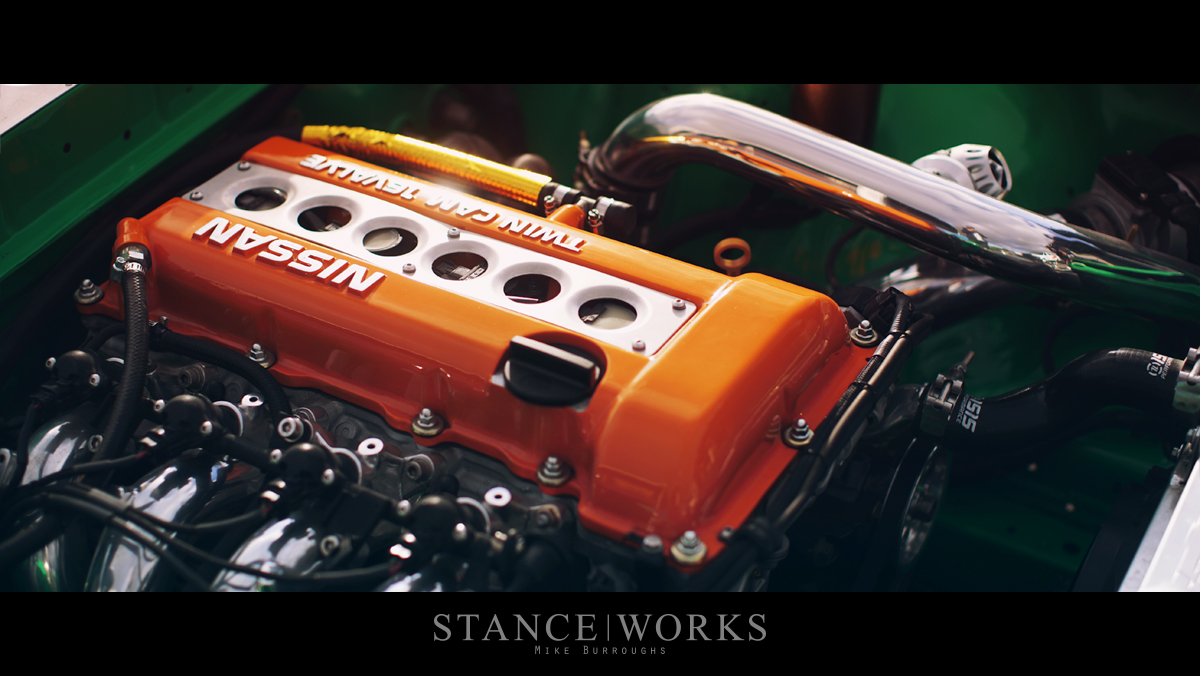 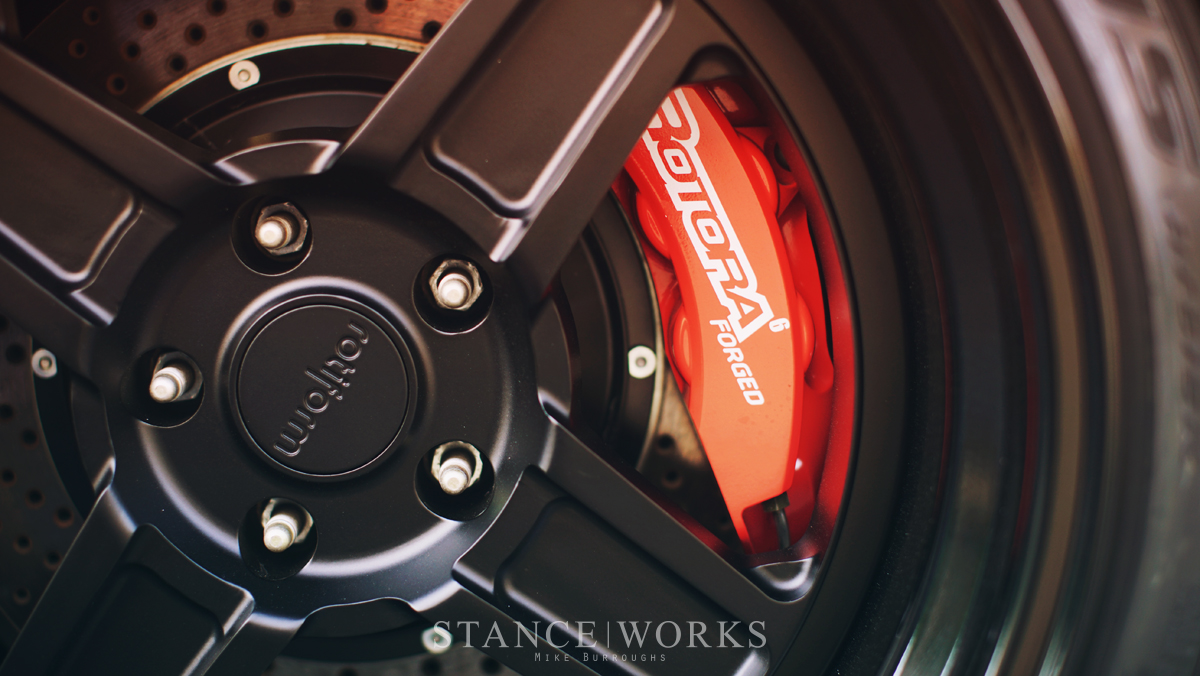 The SR20 under the hood (or lack thereof) boasts some considerable power, too. Around 300 horsepower, in fact. Nestled right at home in the shaved bay, it's worth taking note of, too. Every bracket, support, and gusset has been built with attention to detail, and the work shows throughout the build. 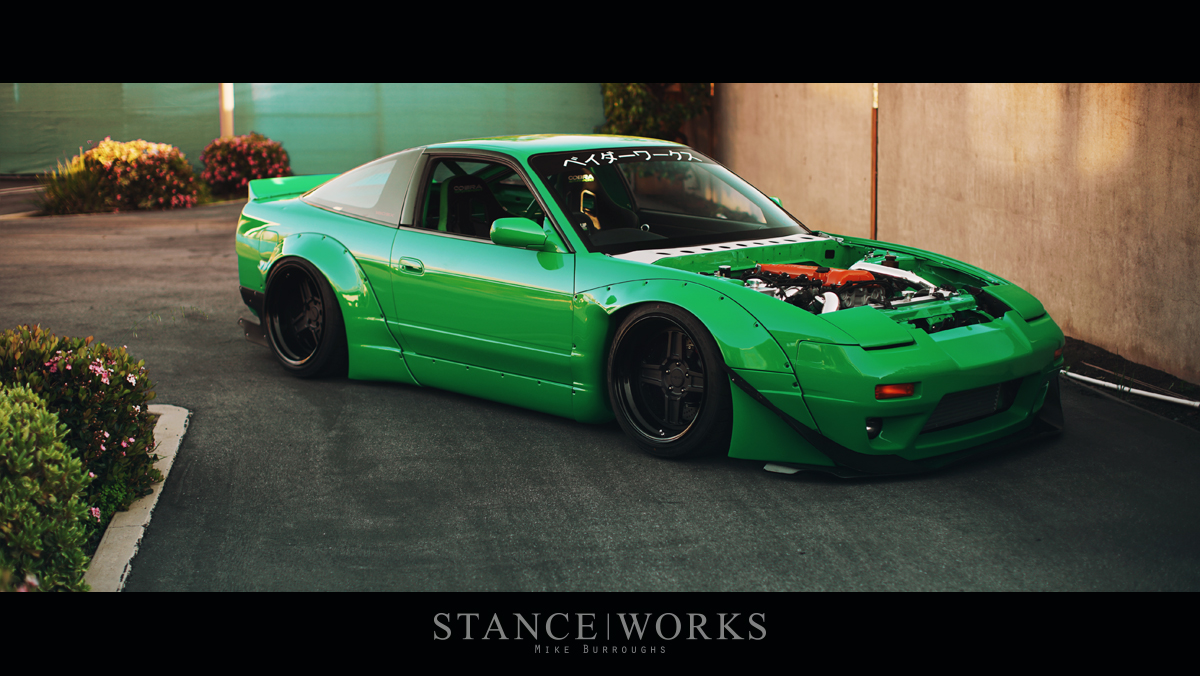 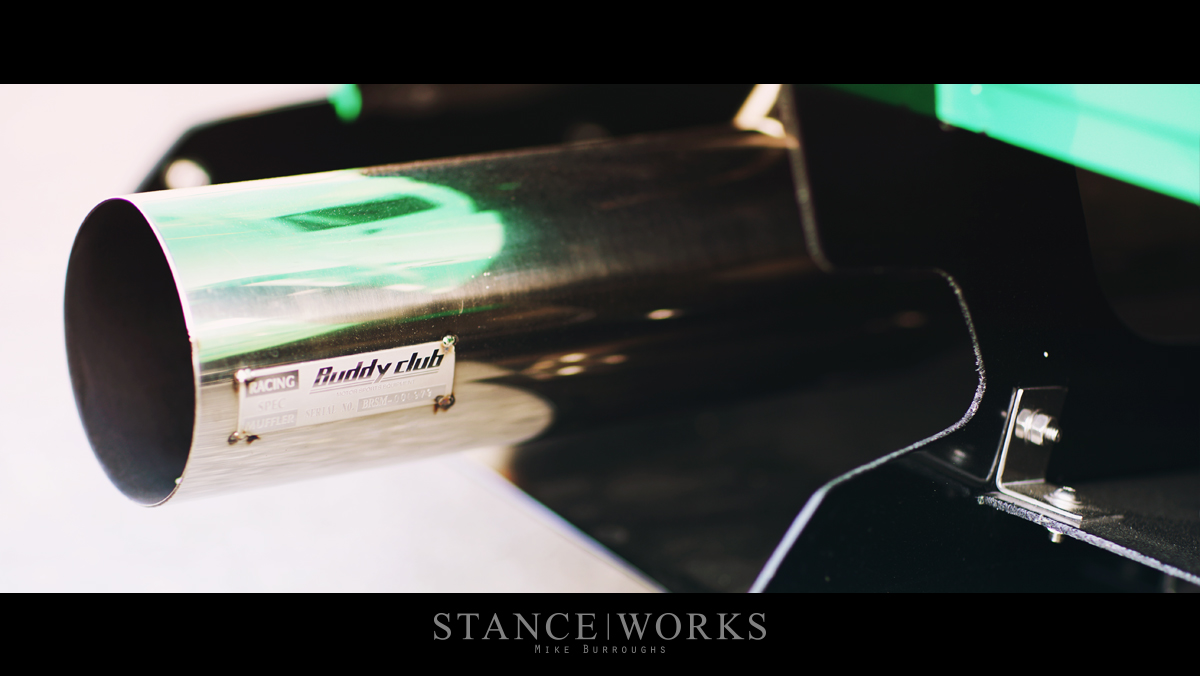 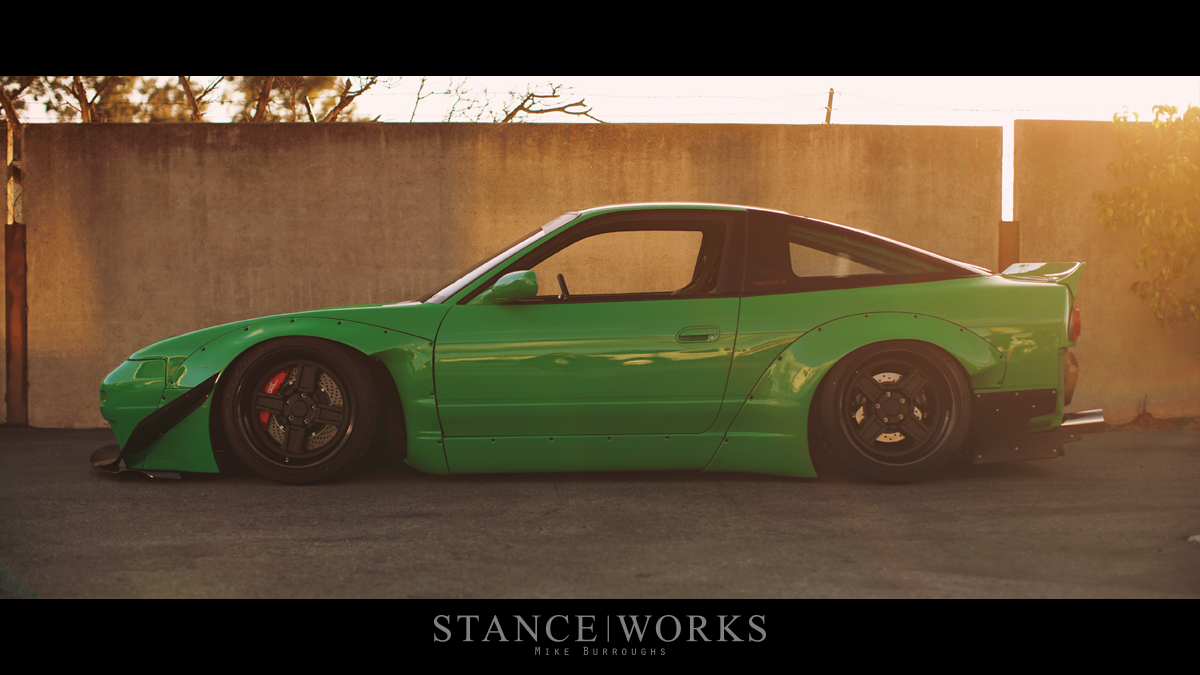 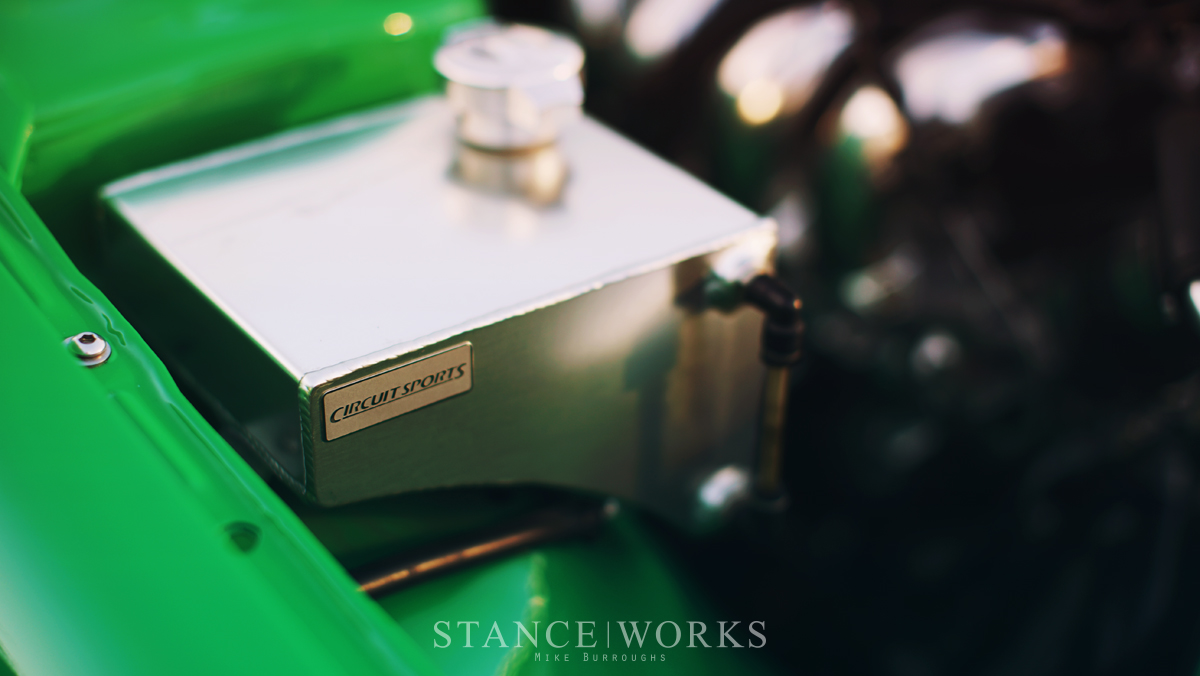 It's a loud car, both visually and audibly, and its bound to cause some controversy. Then again, that's just how Carl likes it. Here's to yet another successful build, and as always, we're eagerly waiting for the next. 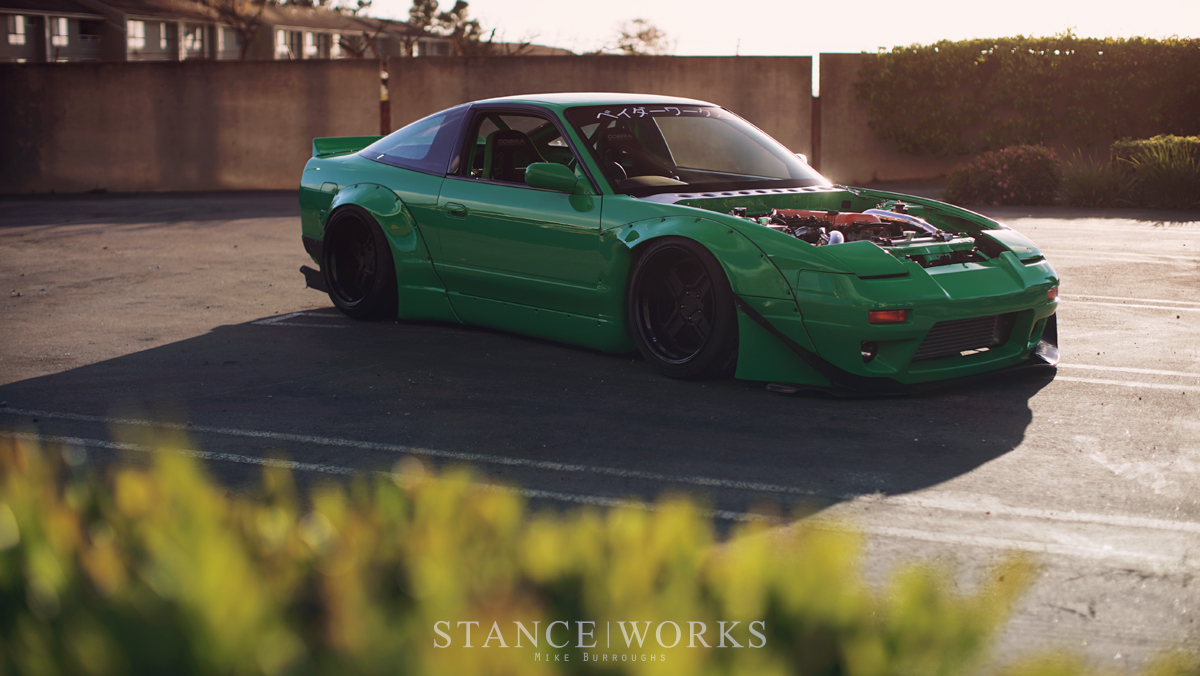 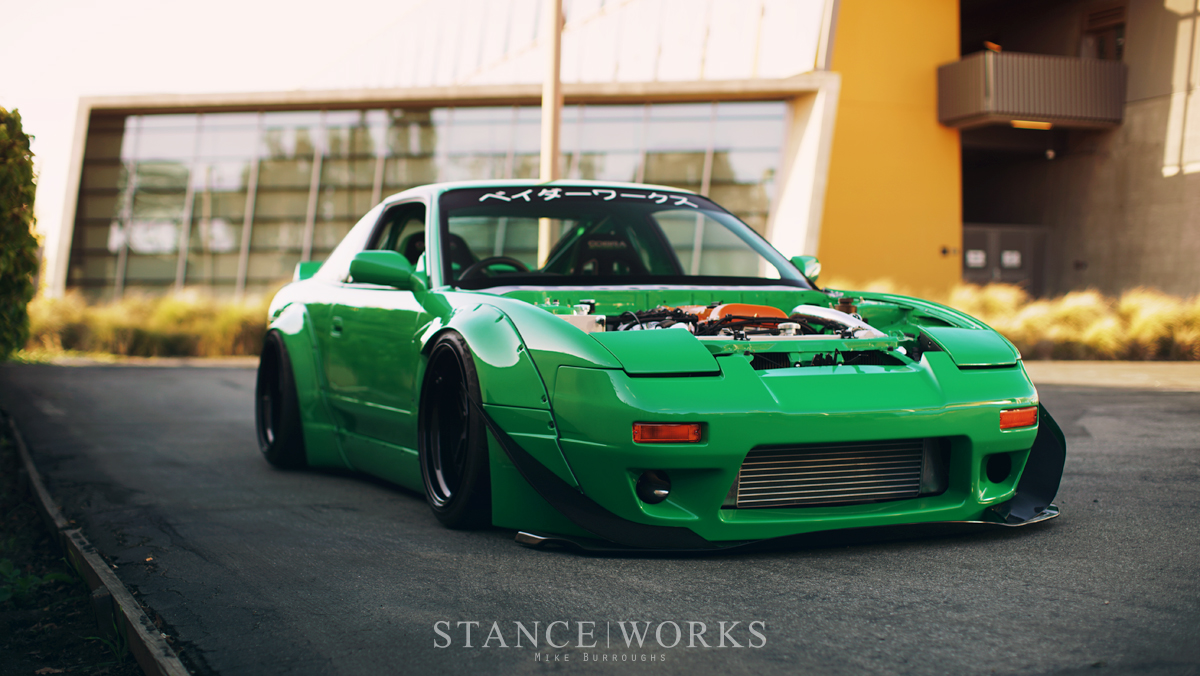 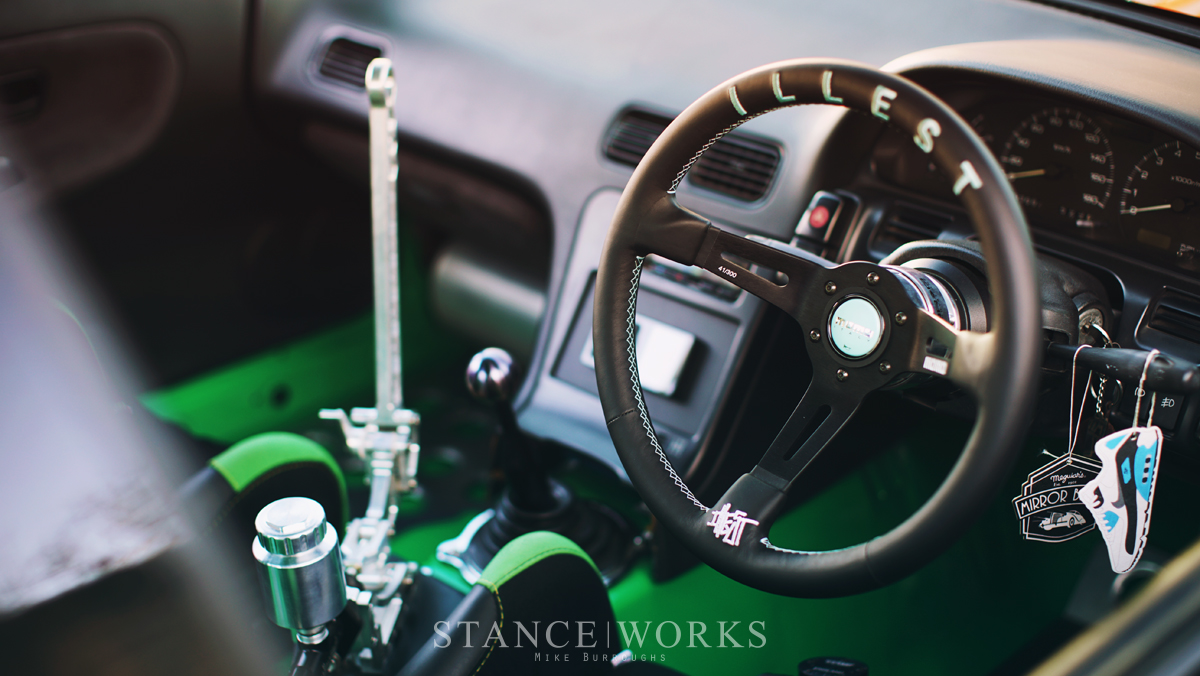 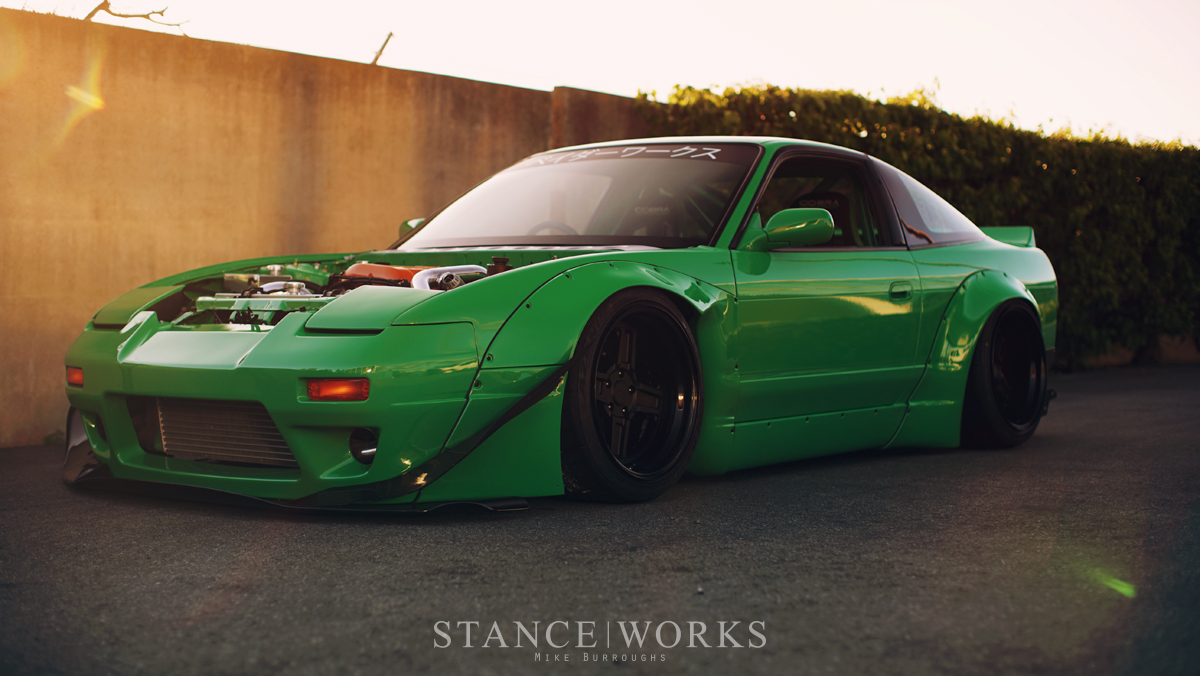 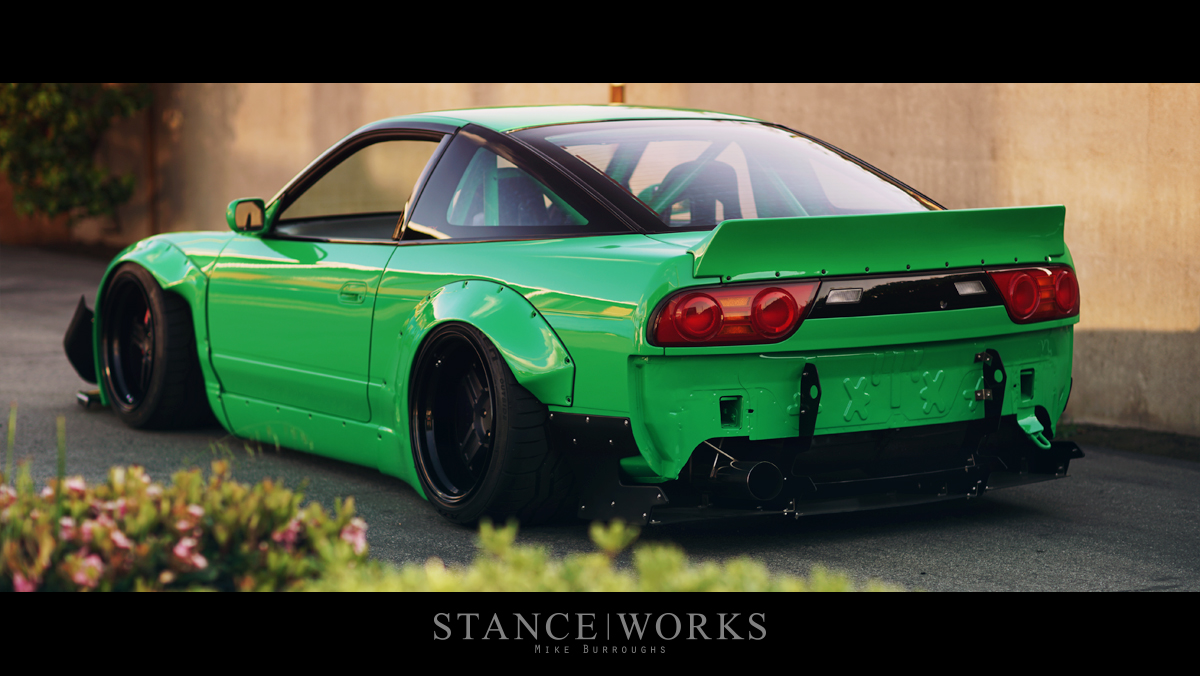 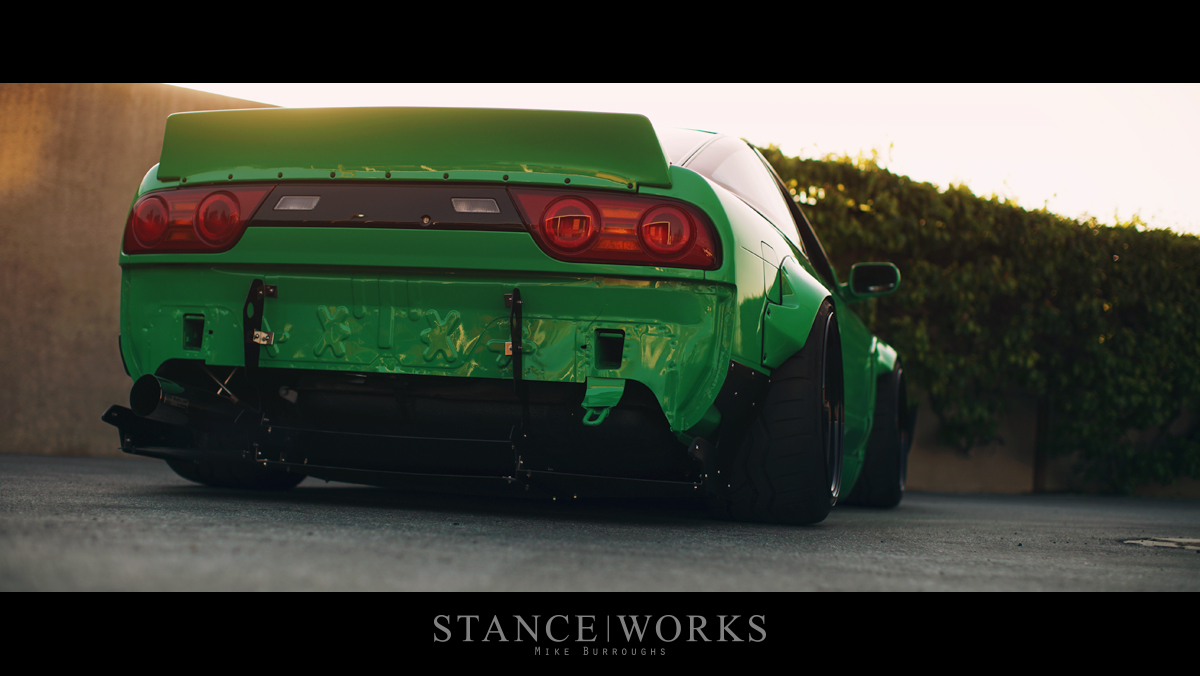 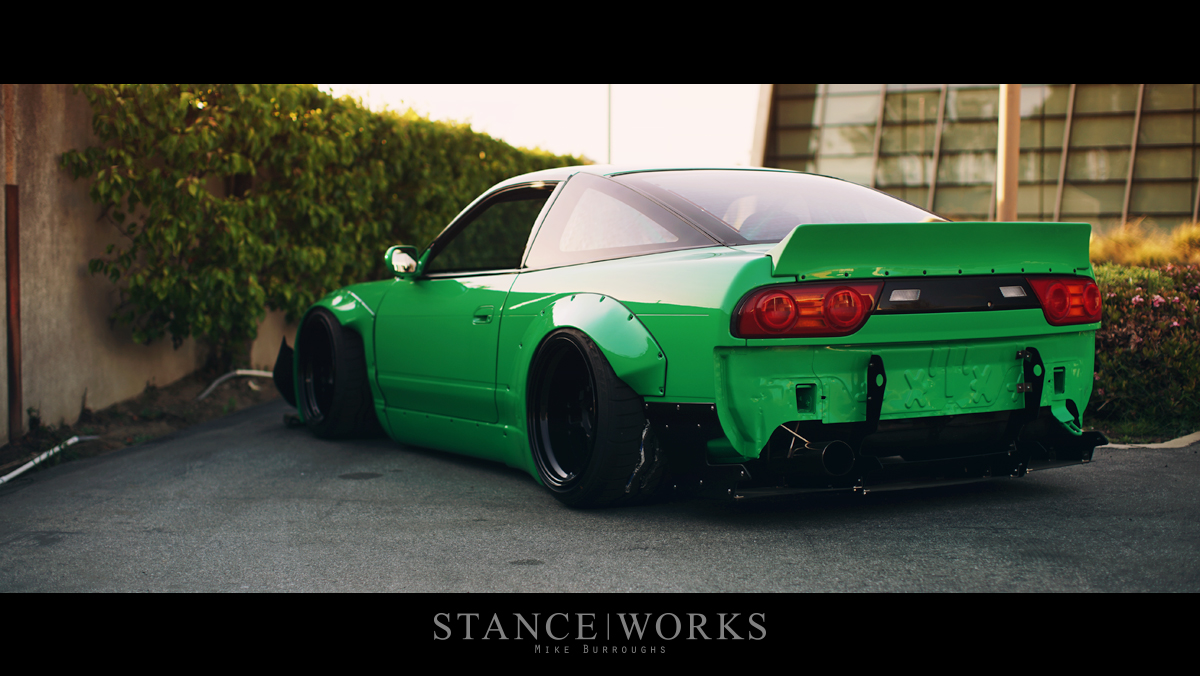