California is a big state. It's larger than most realize, I'd wager, with "NorCal" and "SoCal" only taking up the bottom half of the state. With its size and location comes one of the most geologically-diverse places in the world, and the most biologically diverse state in America. From the highest point in the contiguous US, to the lowest, and from the driest of deserts to snowy tundra, California seems to have it all. Luckily for us, it means we're never far from something new to behold. We set out this weekend for Anza Borrego, just a dozen or so miles north of the US-Mexican border, for a quick weekend trip. 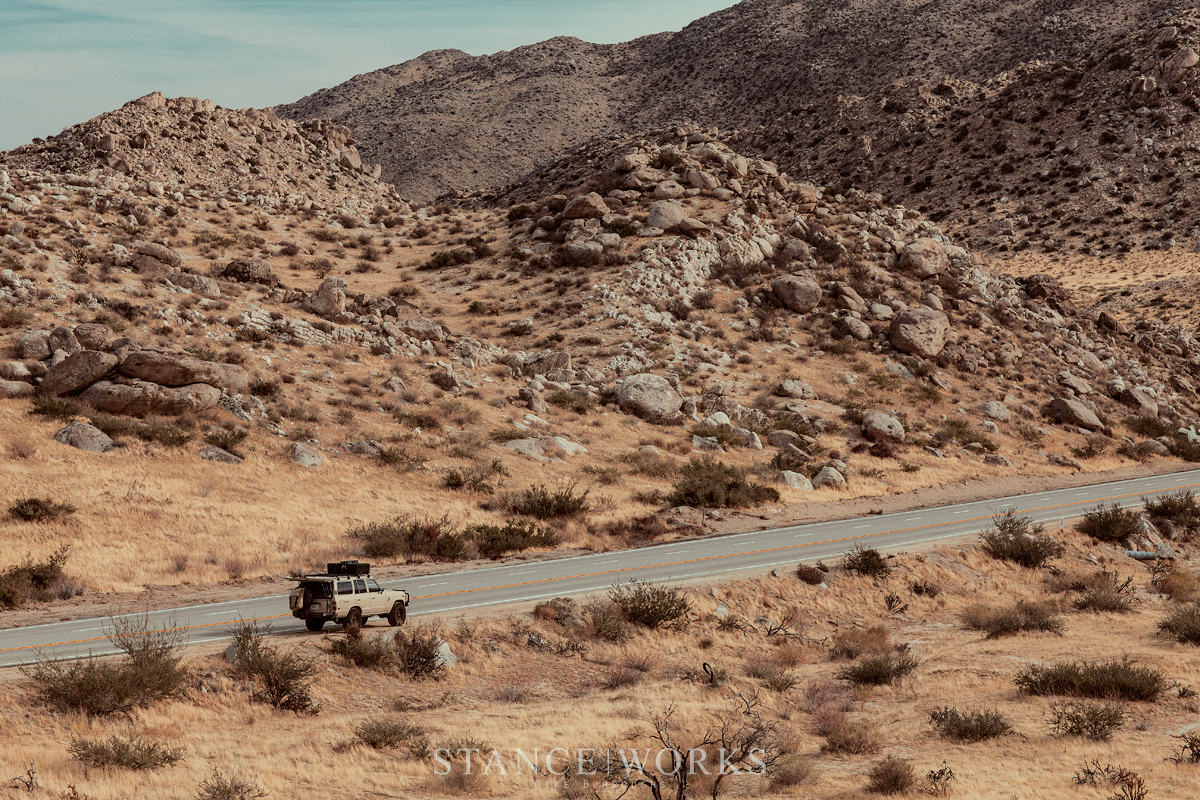 My girlfriend Emily, our dog Chloe, our friend Josh, and I loaded up into the Land Cruiser on Saturday morning and set out for Anza Borrego State Park. With 600,000 acres, it's the largest desert state park in the nation. In fact, it's the second-largest state park in the contiguous US, following behind New York's Adirondack Park. Our initial destination was the Sheep Canyon campground. Buried within a trail book of mine, it sounded secluded, vacant, and perfect for a weekend away. 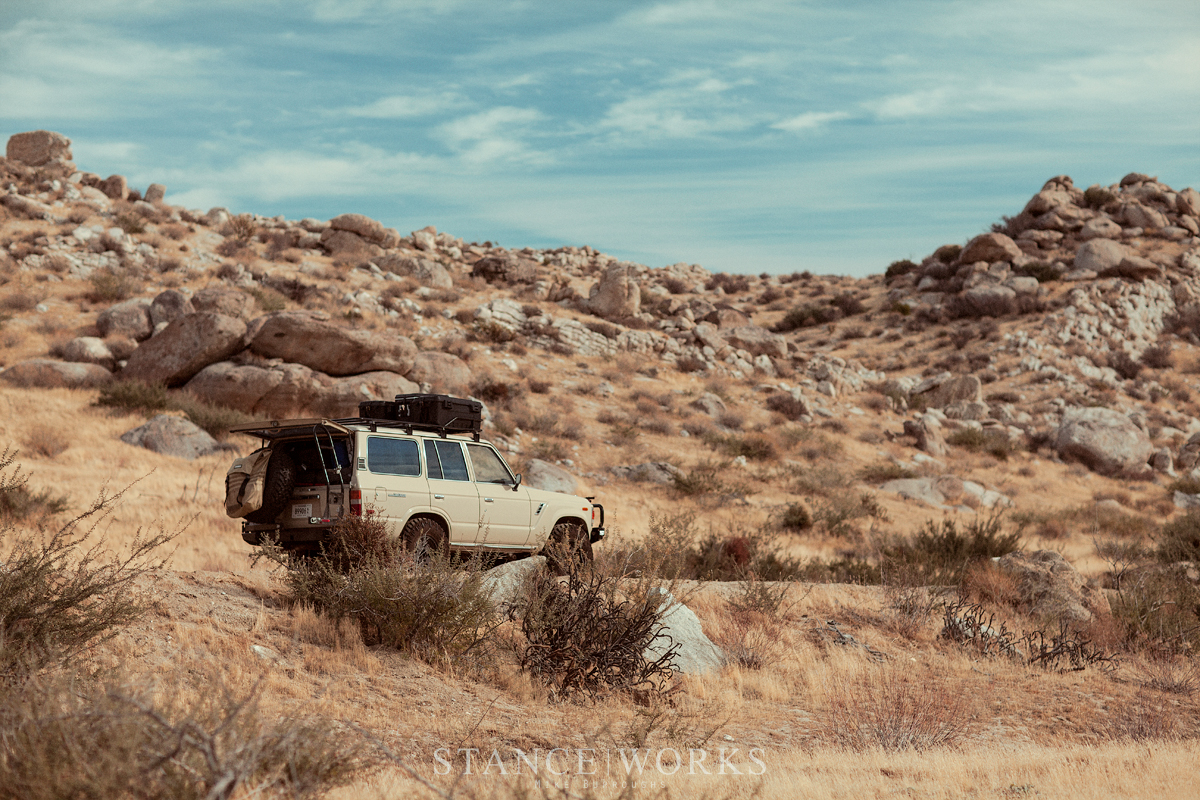 Within a couple of hours, we had arrived at the park's borders, where we took a bit of time to enjoy the scenery. An outcropping of rocks gave something to climb and photograph from, while the tall grass and numerous rodent holes gave Chloe something to put her nose into. Being so late in the year, the sun was low in the sky despite the time. We didn't stop long, in hopes of making it to camp before sundown. 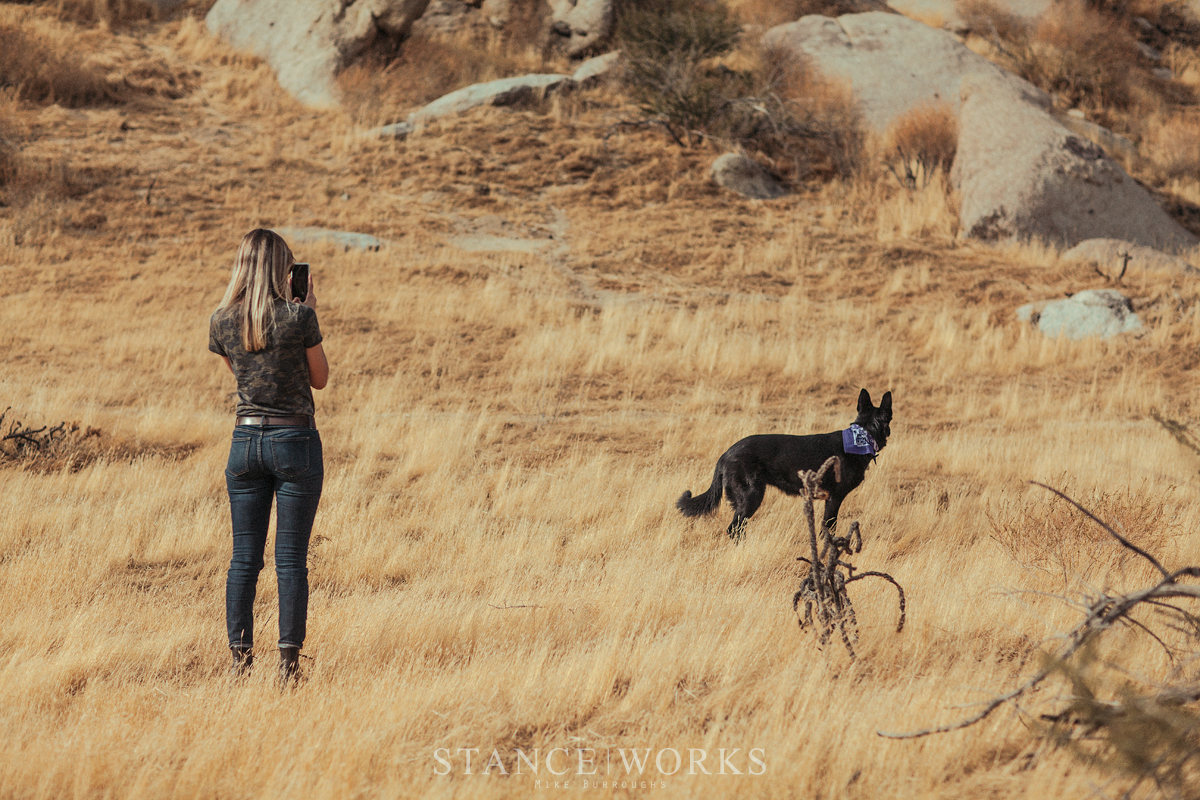 We passed through Borrego Springs - a small town surrounded by the state park, with a population of around 3500 people. Recognized as a designated "dark sky settlement," the town had neither stop lights nor street lights, in an effort to preserve the town's view of the stars at night. After a quick refuel, we found ourselves on the town's northern edge, trailbound towards the southern Coyote Canyon. 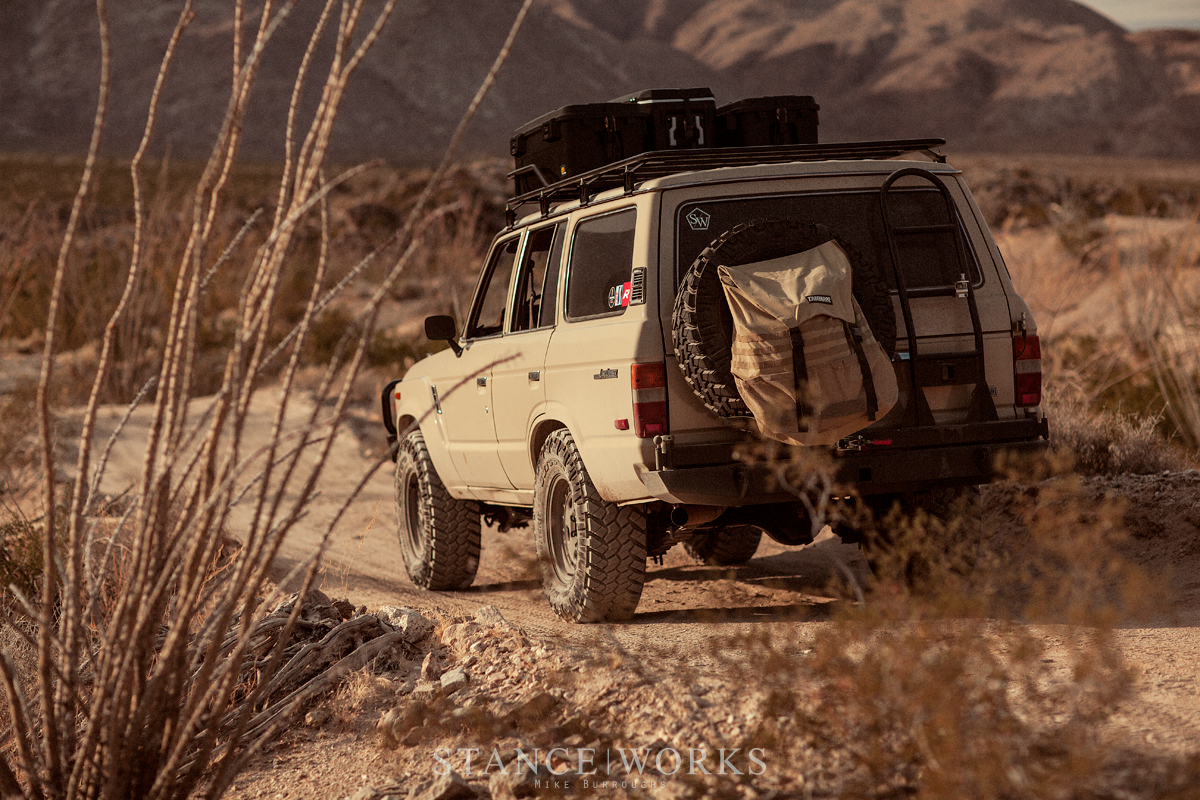 The trail itself was well-maintained, with a couple of small water crossings and incredibly minor rock gardens. It led us up between two legs of the mountain range, and eventually, we arrived at the campsite. 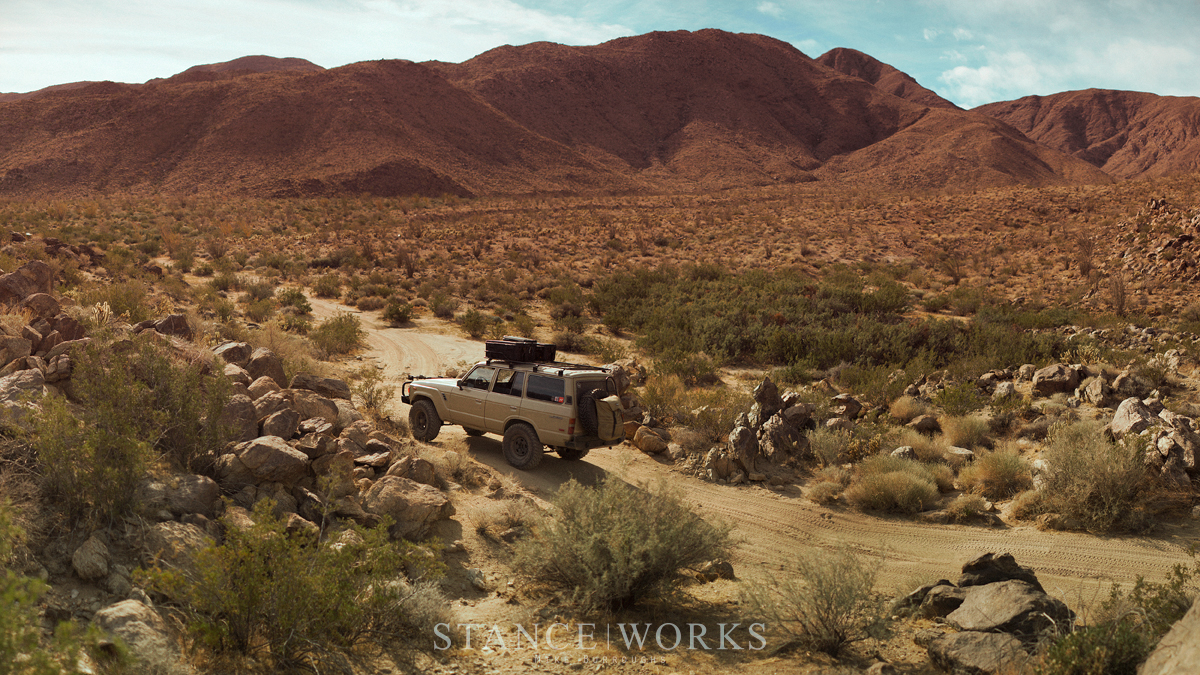 Unfortunately, it was clear several others had the same idea. The site itself was packed, and each fire circle had been spoken for. I had hoped to find ourselves secluded and isolated, and the weekend's plans quickly felt dashed. The park's rules for fire pits require the use of a steel fire-containing vessel of sorts meaning dispersed camping was a slightly more difficult alternative. However, unwilling to camp without a fire, and unwilling to camp alongside others, we made the drive back out to Borrego Springs, making it to the local hardware store just minutes before closing time. 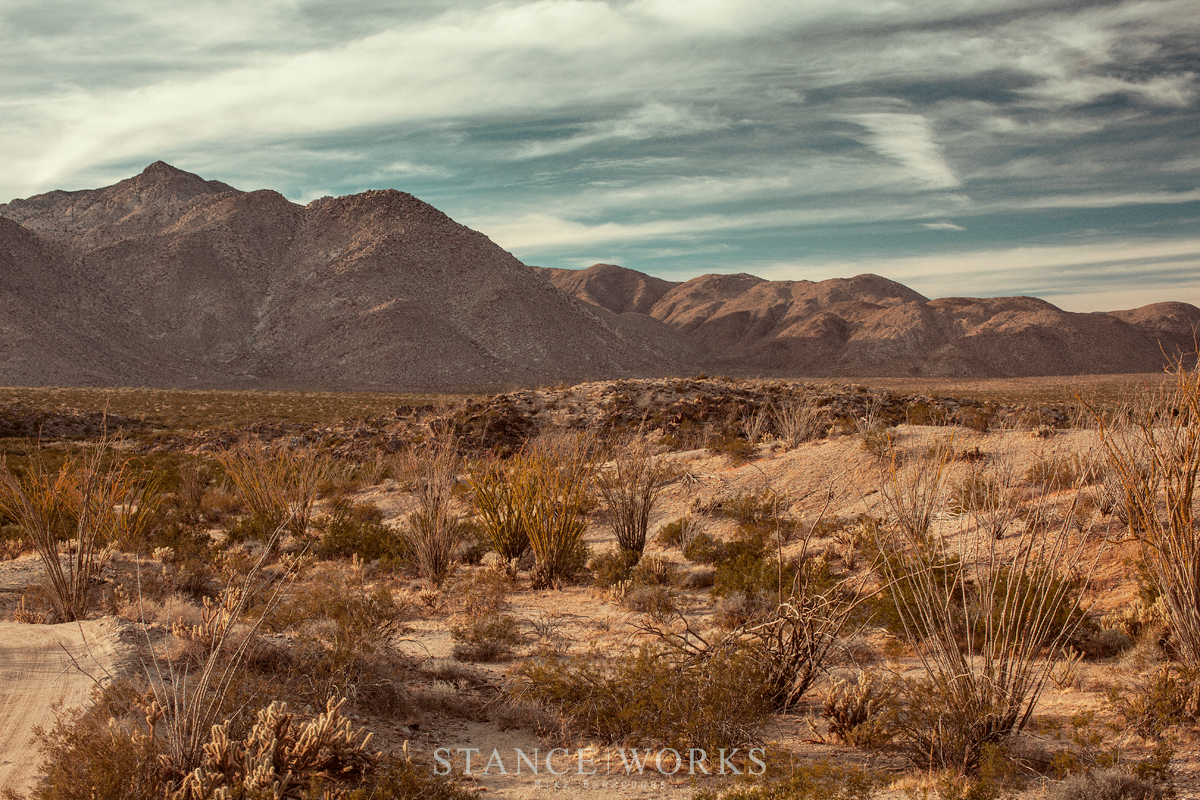 Armed with a fire bucket and now legally-equipped to camp anywhere we pleased, we made our way back into the park, under the cover of nightfall. We passed the trail for Sheep Canyon, and found ourselves towards the northern end of the canyon. Best of all, we were alone: there wasn't a sound to hear for miles, and no sign of life anywhere nearby. In the dark of the night, I put my camera away, and we set up camp. We enjoyed drinks and food, shop talk, and a good night of sleep. 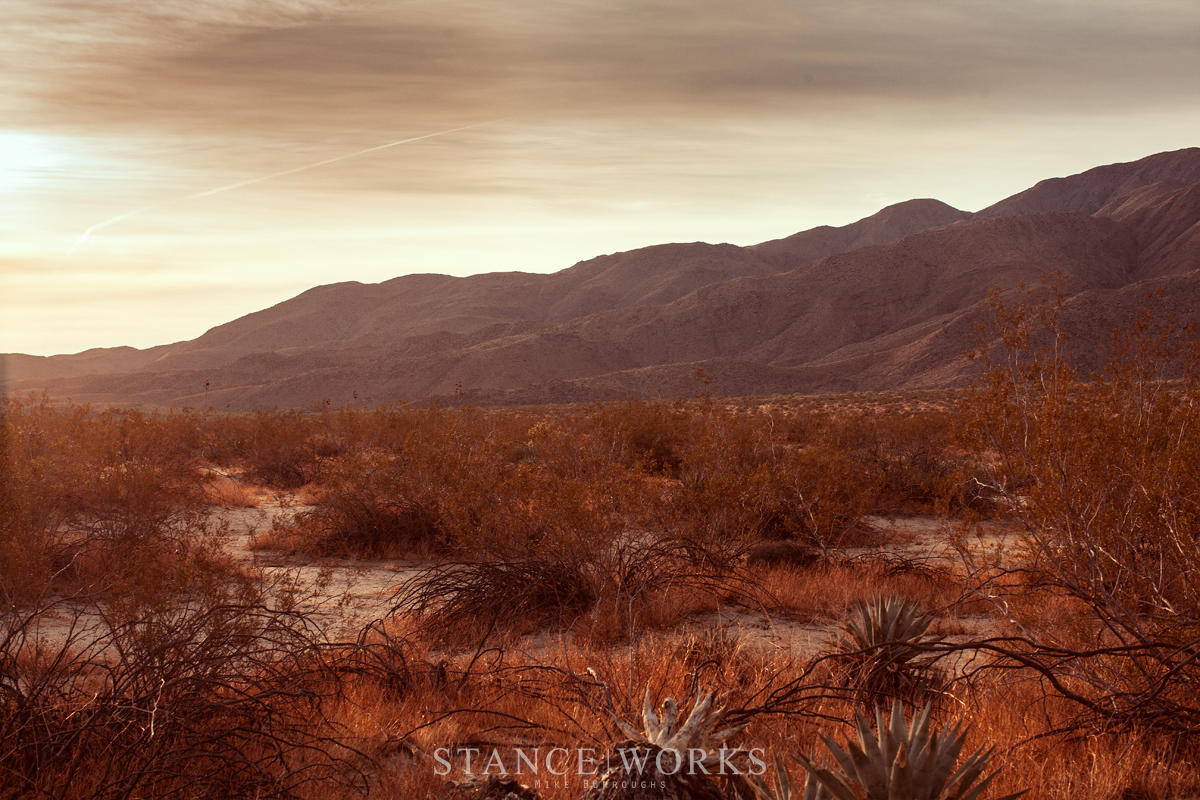 We awoke the next morning, finally able to see our surroundings. The entire valley was cloaked in a warm, golden, almost-red glow, and the night's cold temps slowly rose as the sun grew higher in the sky. We built a new fire, cooked up a hearty breakfast, and frankly, enjoyed the silence. 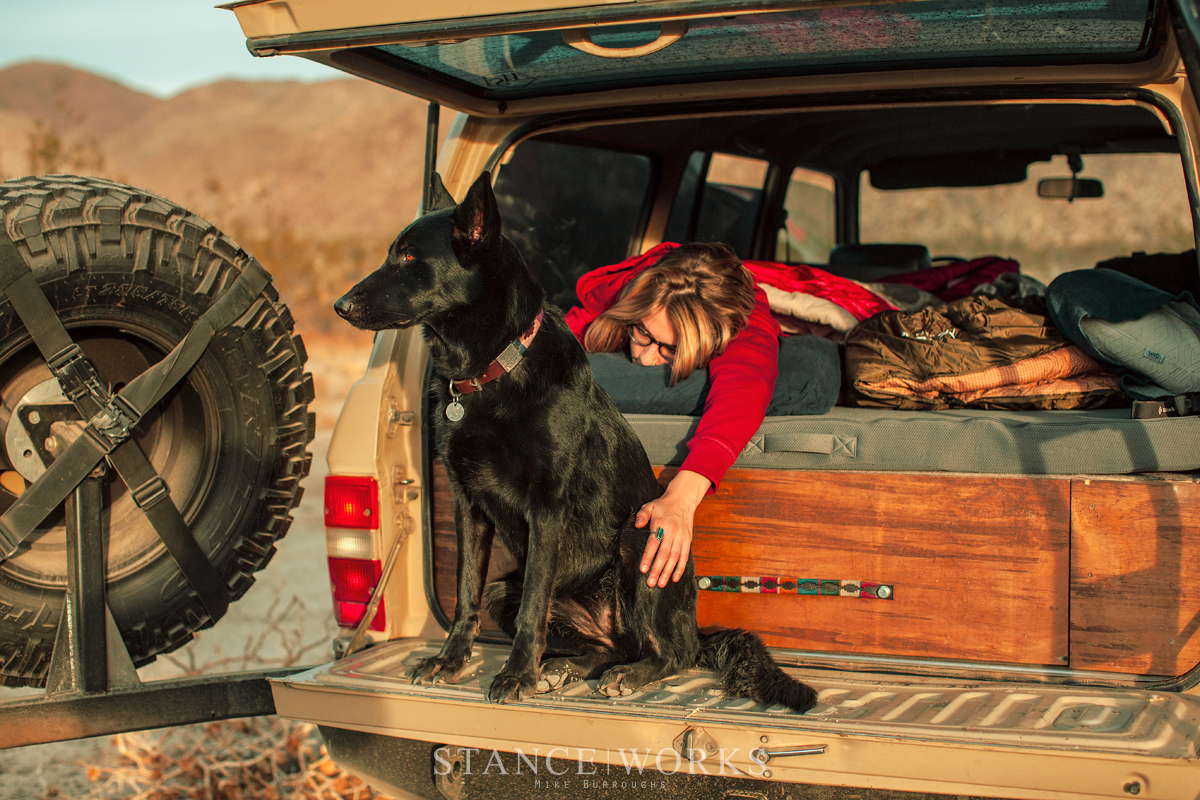 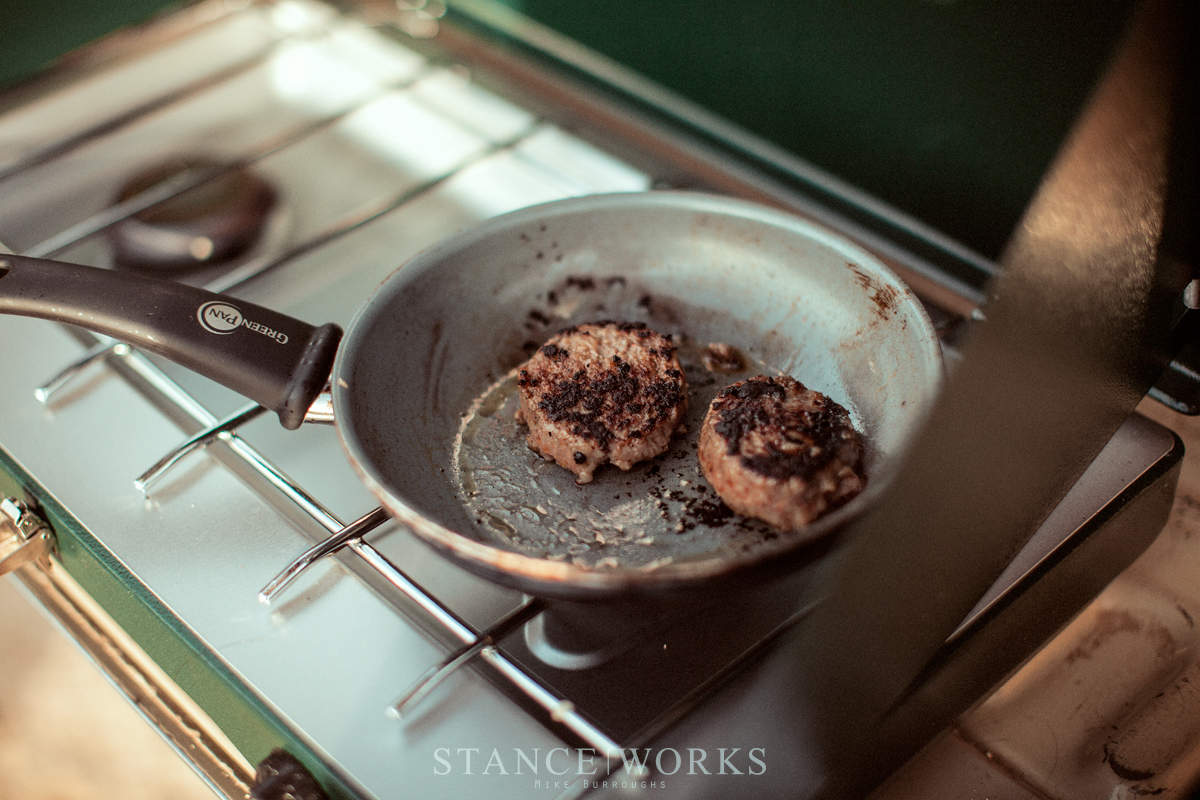 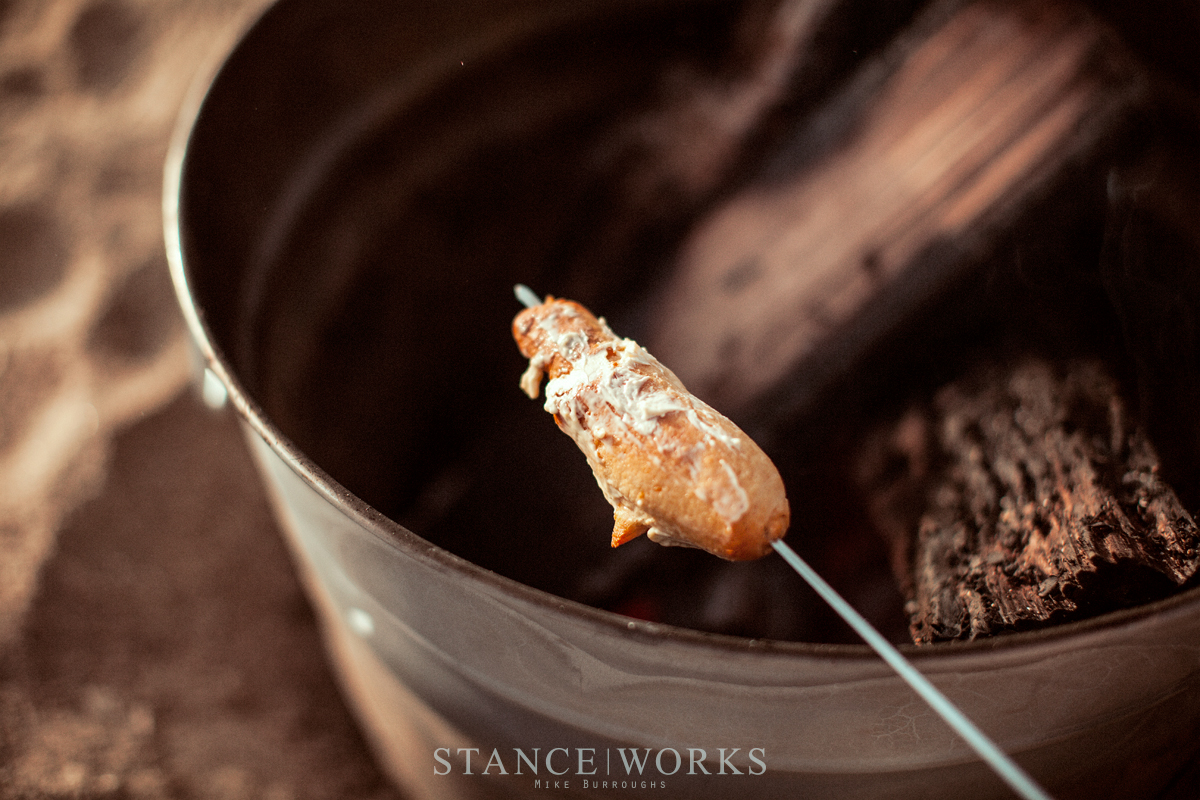 As is typical, we lamented the fact that we only planned for a single night of camping. Everyone's busy work schedules often prevent anything more, but we always aim to make the most of the time we have off. Around 9AM, we packed up our gear, hoping for an early start to the day. We had the truck loaded up and ready for more, and slowly made our way out of the park, passing a few other campers as we neared town. 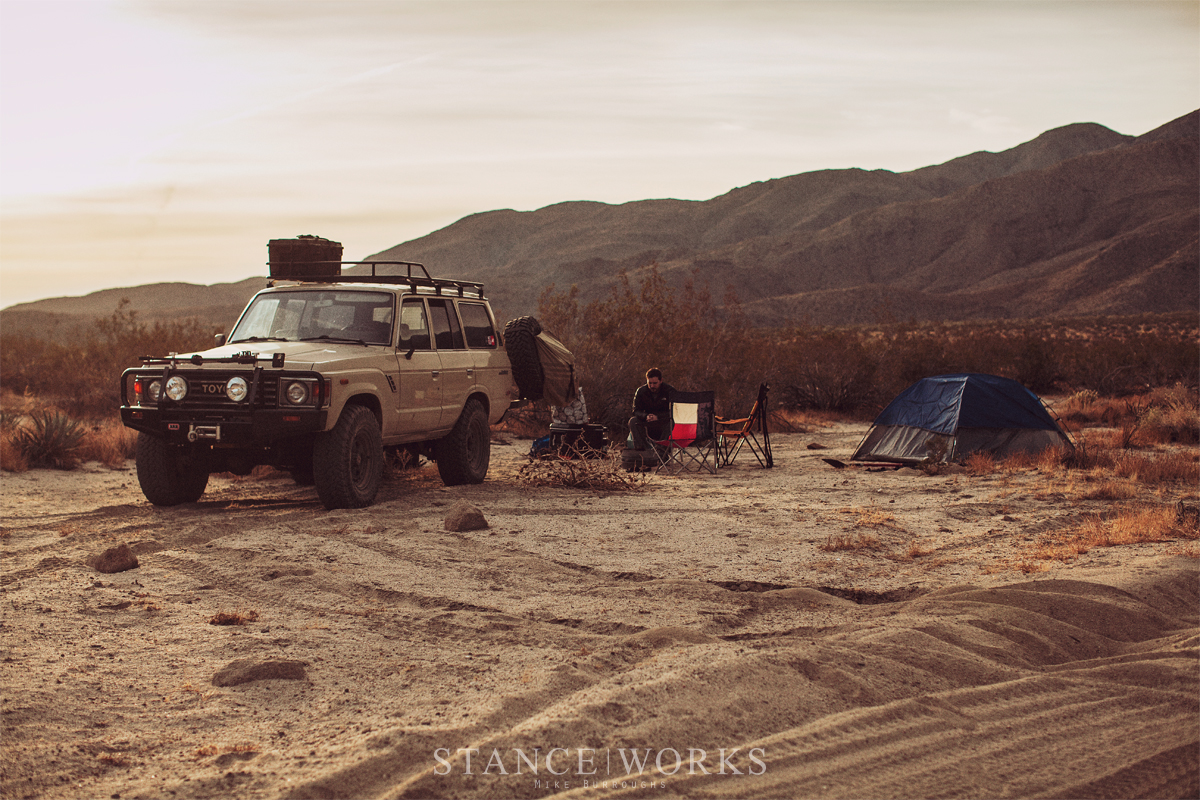 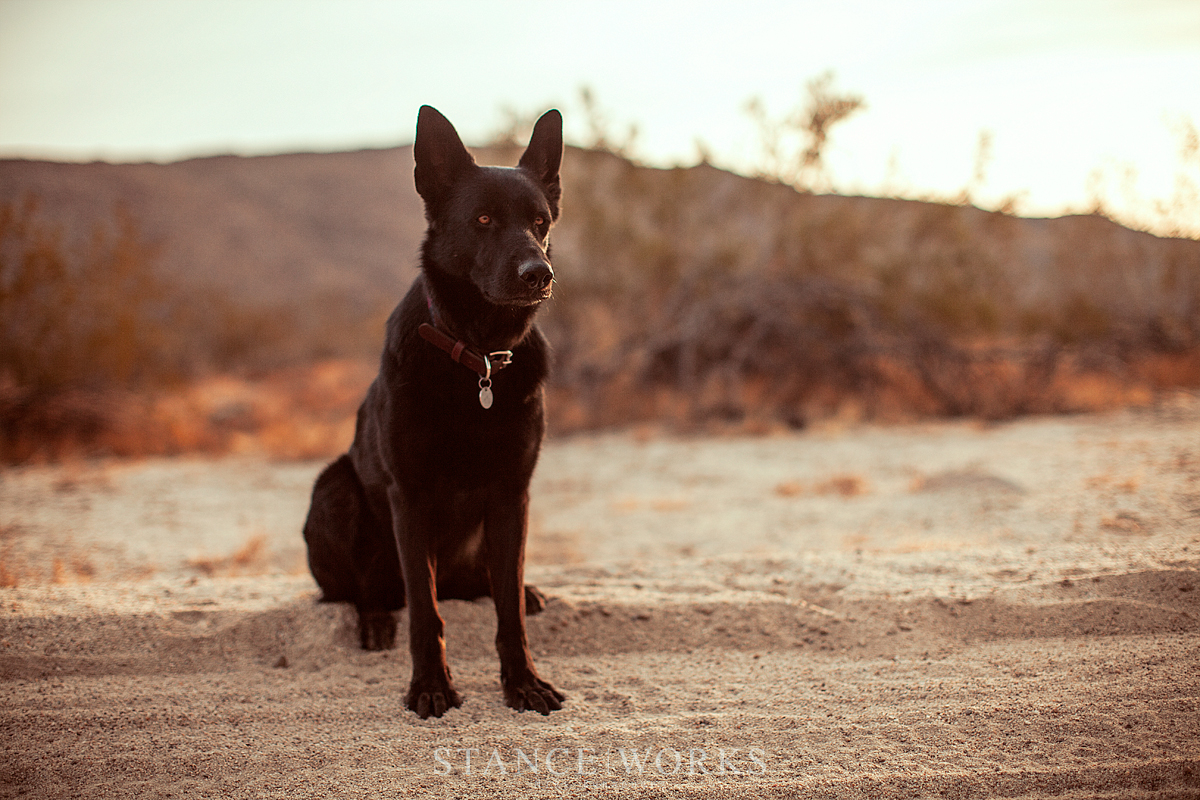 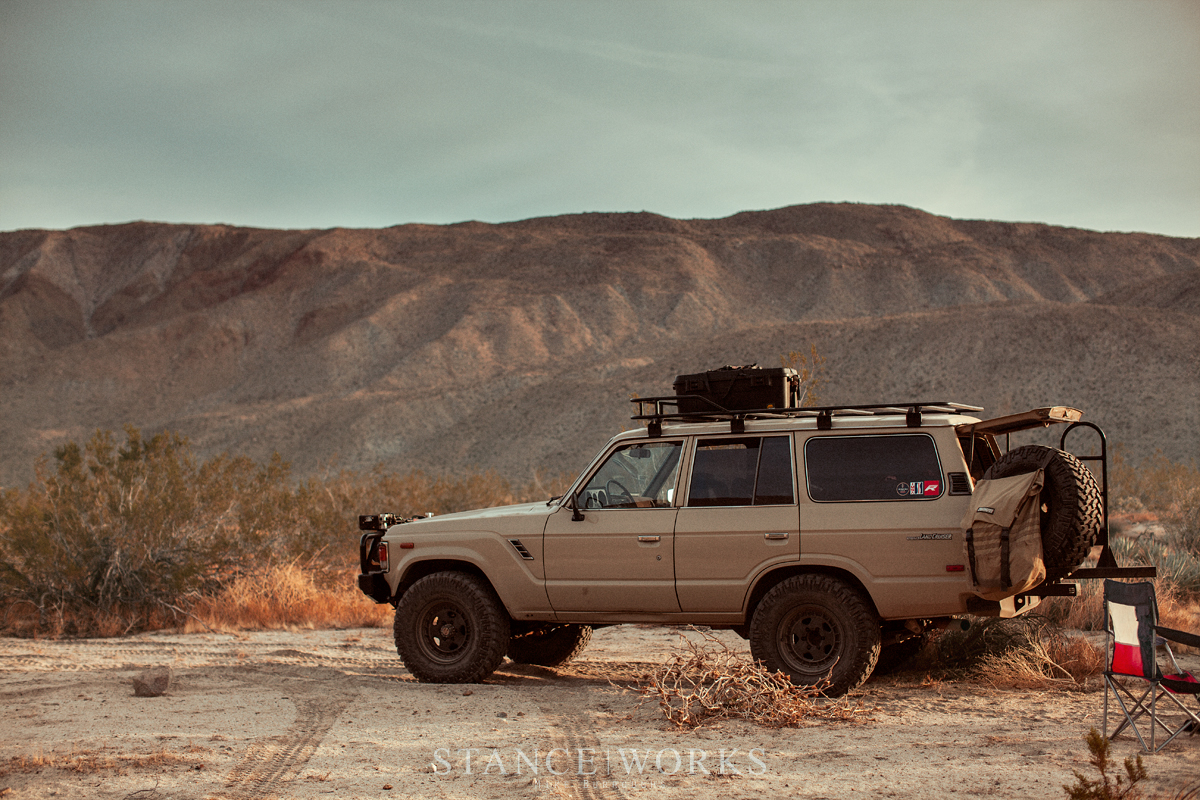 We left Borrego Springs on Highway S22, headed due east. Upon passing the badlands, we pulled along the cliffside to enjoy the view of one of several lookout points. One trail lead down into the ravine, and I was incredibly tempted to take the drive. As always though, time was of the essence, and we weren't far from where we were headed. In the distance was our next destination: the Salton Sea. 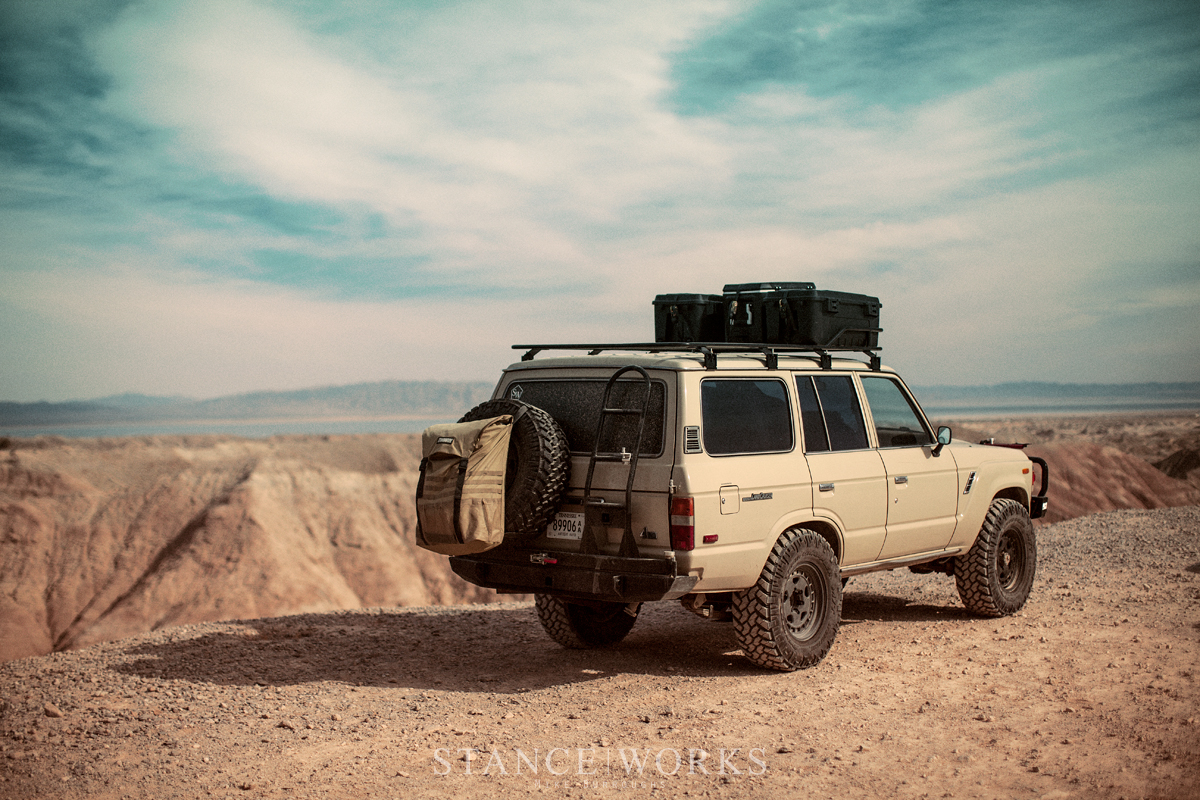 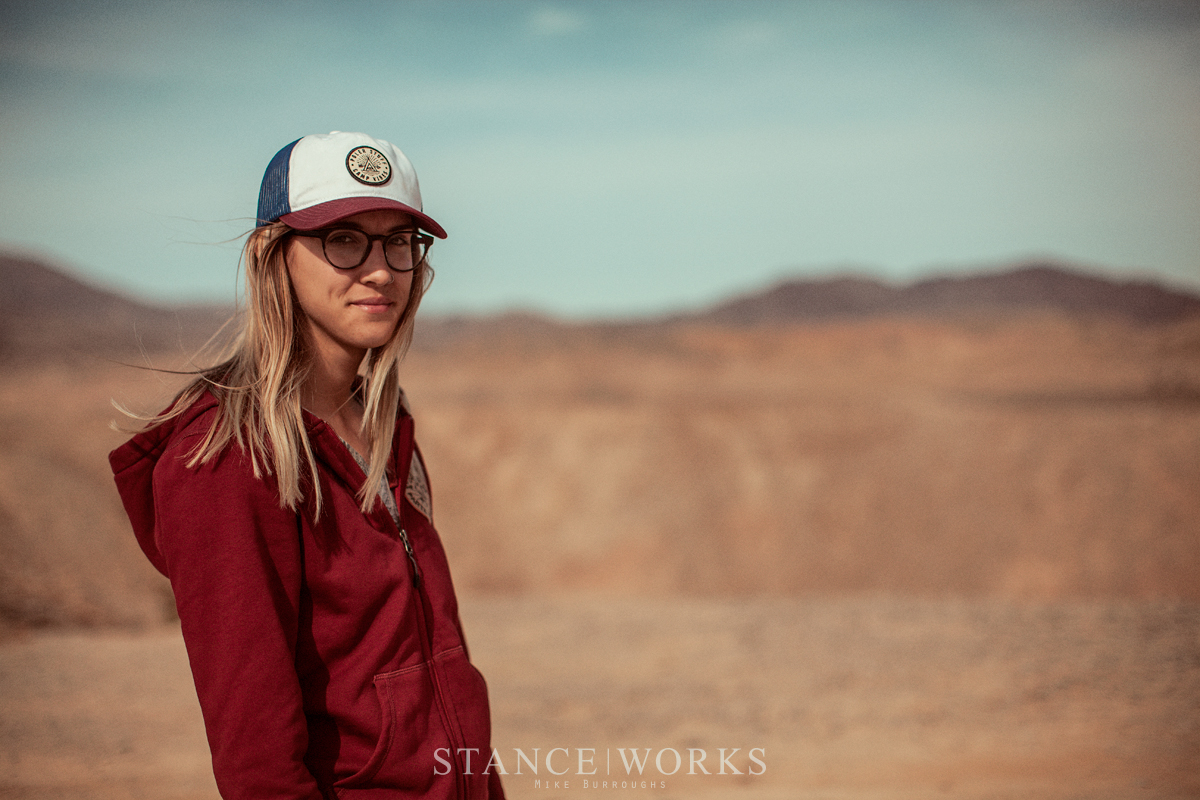 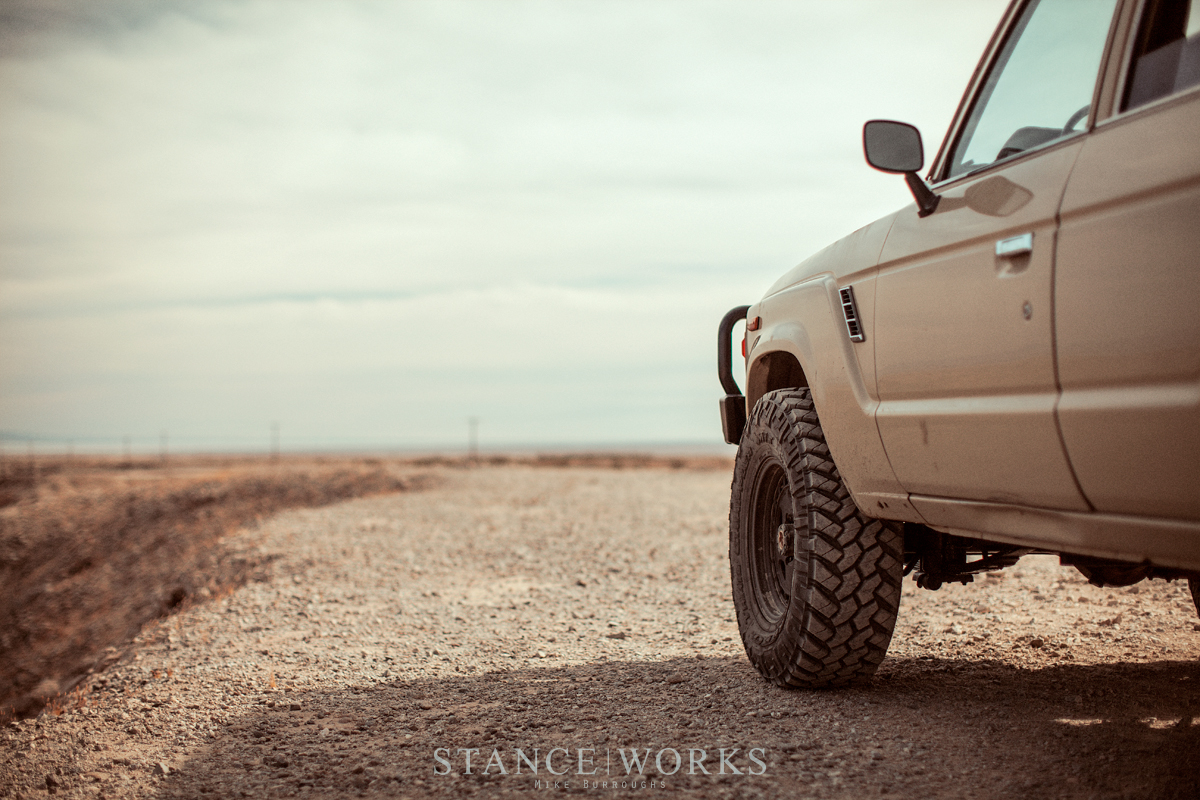 The Salton Sea is an incredibly unique place, and it's one I'd suggest any Californian pay visit to, even if only for a moment. The Salton Sea occupies the Salton Sink, one of the lowest points in the US, at 235 feet below sea level. It is situated in the Colorado Desert, which, much to anyone's surprise, is not located in the Centennial State. What makes the Salton Sea unique, though, isn't just its location: its the fact that it exists by accident, and therefore lays claim to some one-of-a-kind traits. To make a long story short, thanks to the California Development Company, the Colorado River was diverted, and in turn, overflowed into the Salton Basin from 1905 to 1907. It took two years for the CDC to correct their mistake, and the resulting runoff created the Salton Sea. With almost no rainfall in the desert, the Salton Sea, today, is kept alive solely by agricultural runoff. Decades of fertilizer and agricultural byproducts have, in turn, caused the salinity of the lake to run rampant. 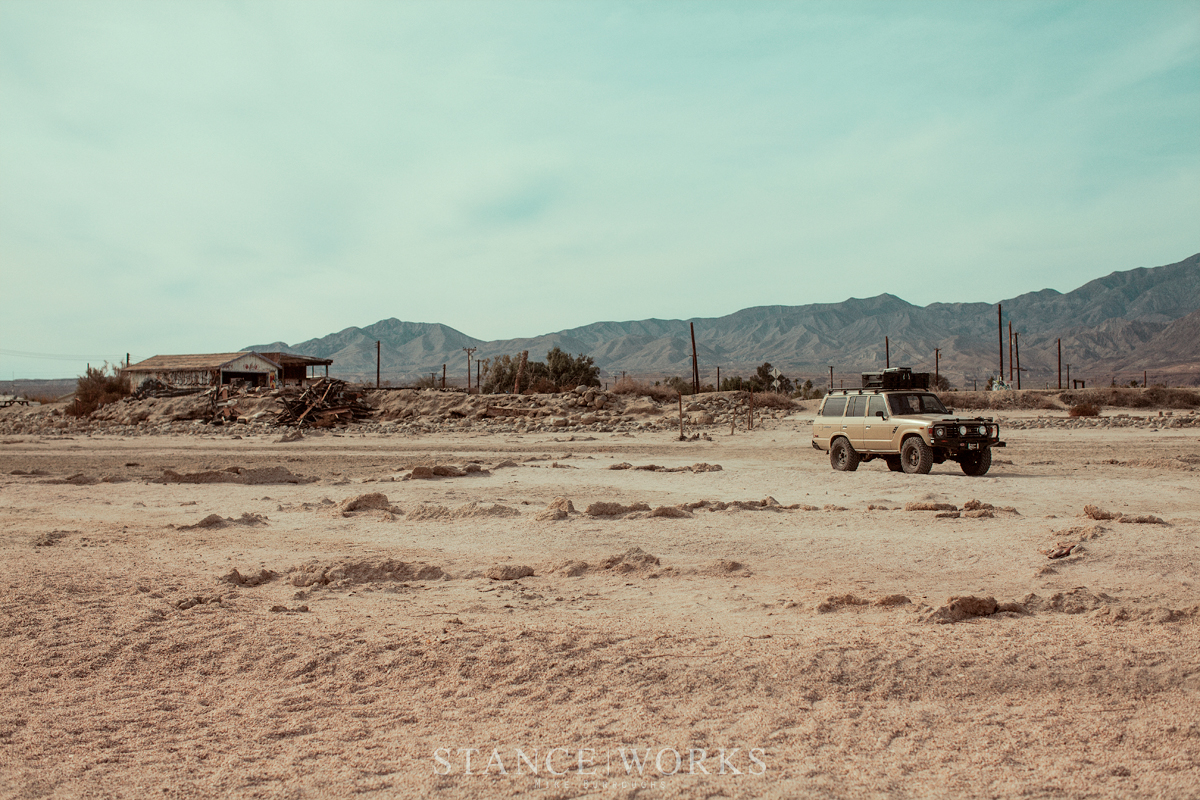 Initially, the Salton Sea was thought to be a blessing in disguise. Resort towns popped up around the lake's edges, and a local tourism industry exploded. As the lake's salt level increased, however, tourism waned. While salty water itself isn't a big deal, it was the droves of dead fish that washed ashore, and the putrid algae blooms that make the Salton Sea smell something like a sewer. Today, entire towns sit lakeside, abandoned and destroyed. It's an apocalyptic wasteland of sorts: a glimpse into a perhaps post-nuclear-fallout future. 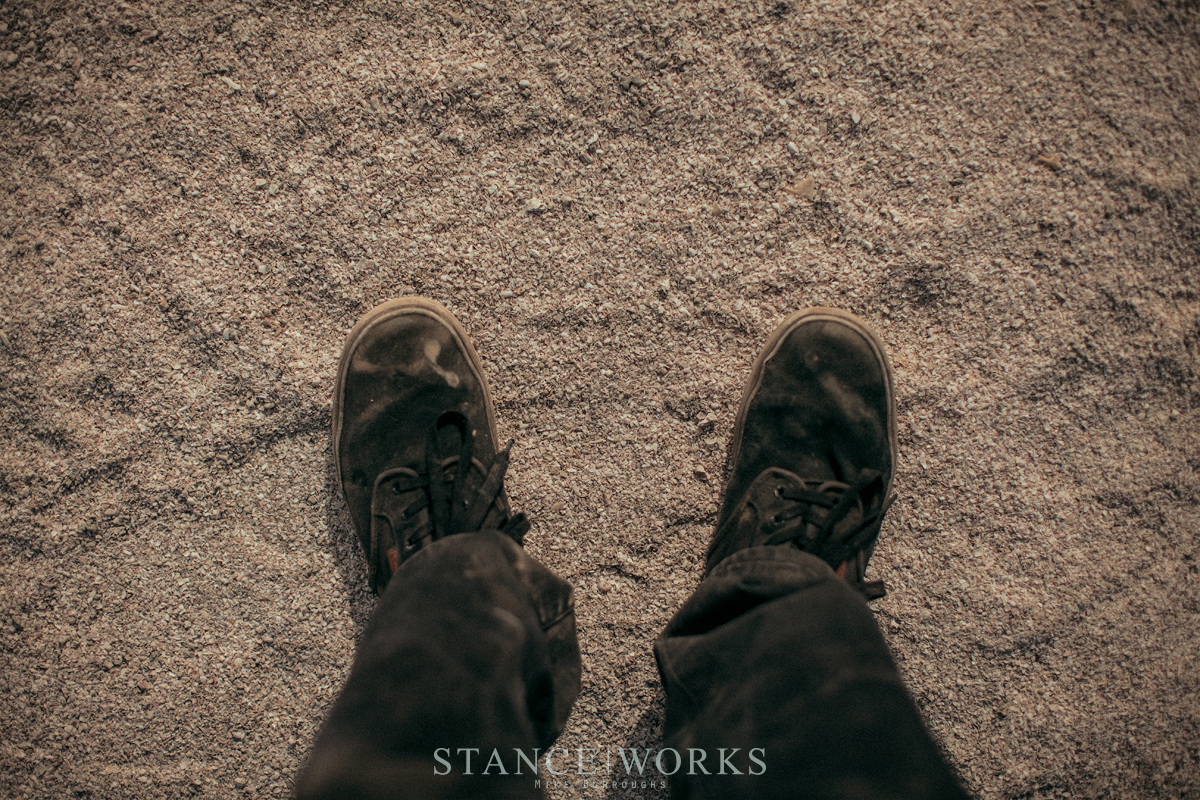 Our first stop upon arriving to Salton Sea Beach was the beach itself. We drove out onto the bright white sand - not another person or vehicle in sight. There were no rules, no laws, just us, and a massive body of foul-smelling water. Upon exiting the truck, we looked down at the sand below our feet, only to find that the sand itself was anything but. 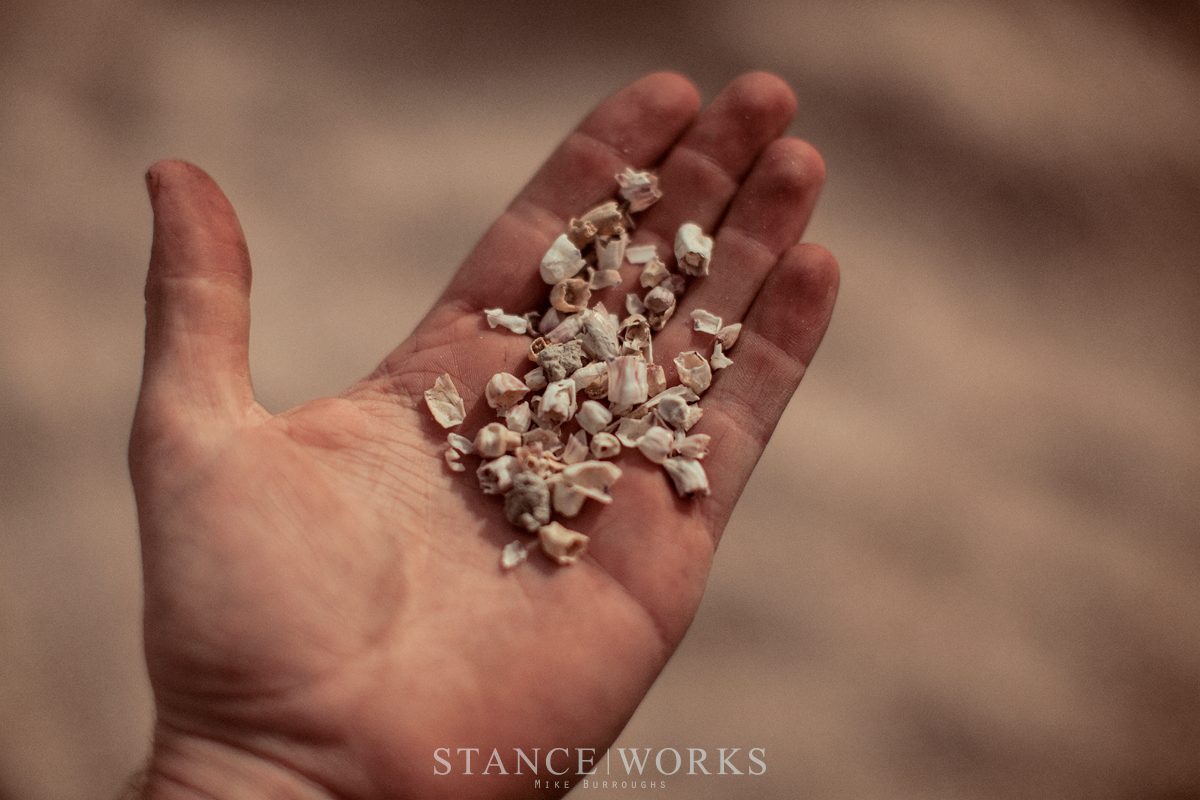 The bright white beaches of the Salton Sea are made of bone. It's the result of millions of dead fish and barnacles, killed by runaway salinity. It's unlike anything I've seen before, and likely will ever see again. Each pace toward's the water brought about bigger and bigger bits and pieces; eventually ribs, jaw bones, and even full skeletons could be seen. And to be clear once more - that's not sand and bone. The entire beach below us was made of skeletal remains. 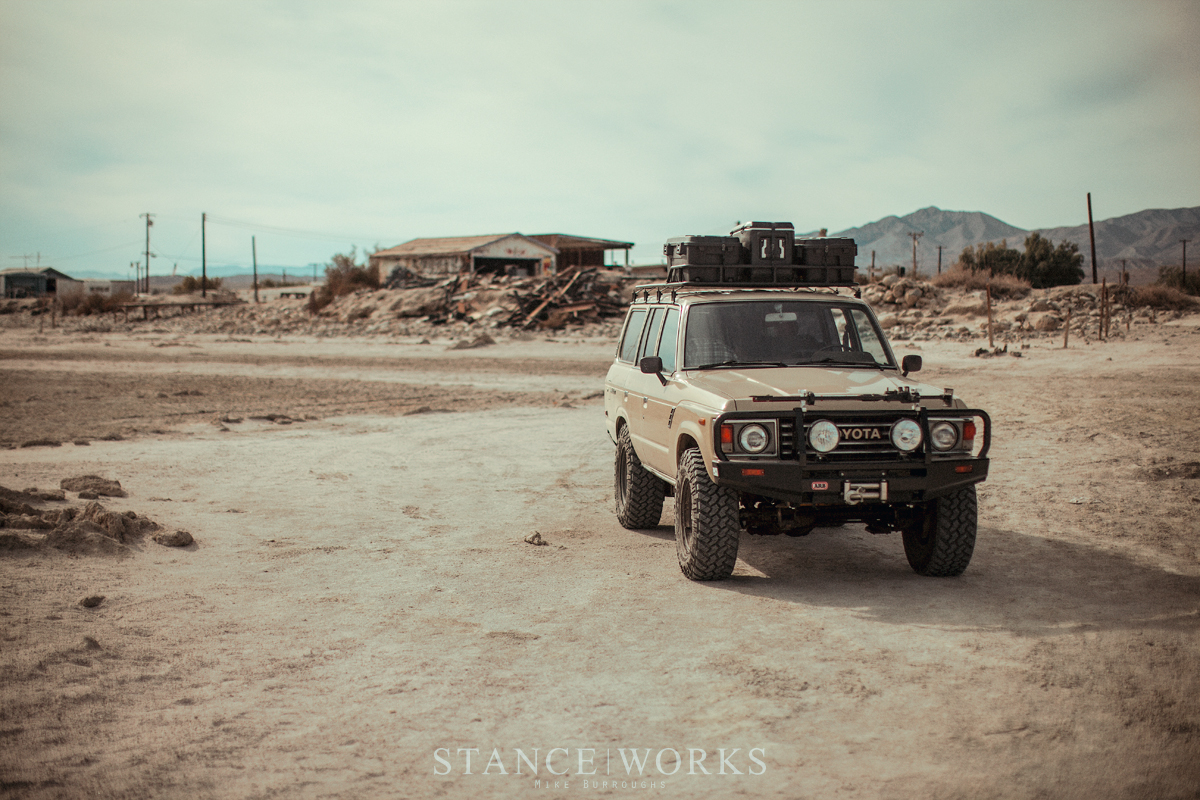 The smell of the Salton Sea is unwelcoming if not foreboding. As we neared the water itself, we were hit with what seemed like a wall of stench. We struggled to hold our breakfast down - the algae is currently in bloom. Uninterested in spending any more time around the water itself, we drove back into the town itself, exploring the remains of a resort that once was. 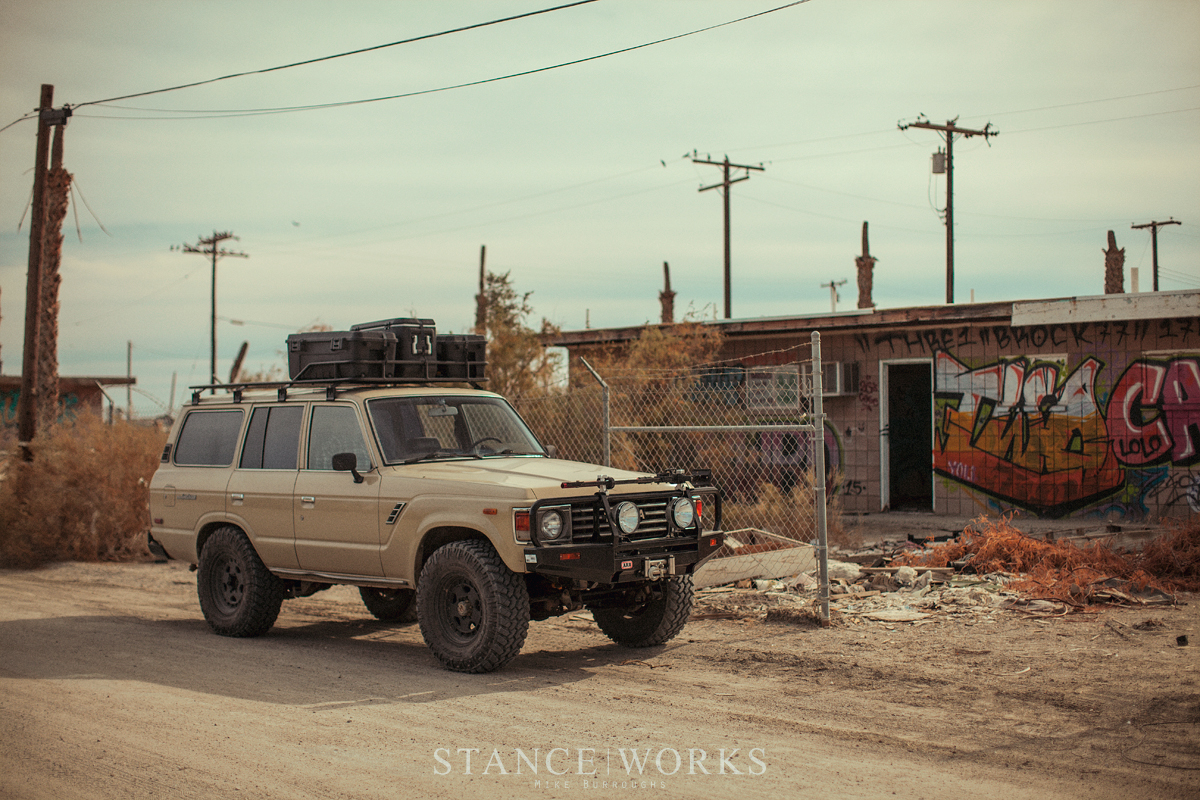 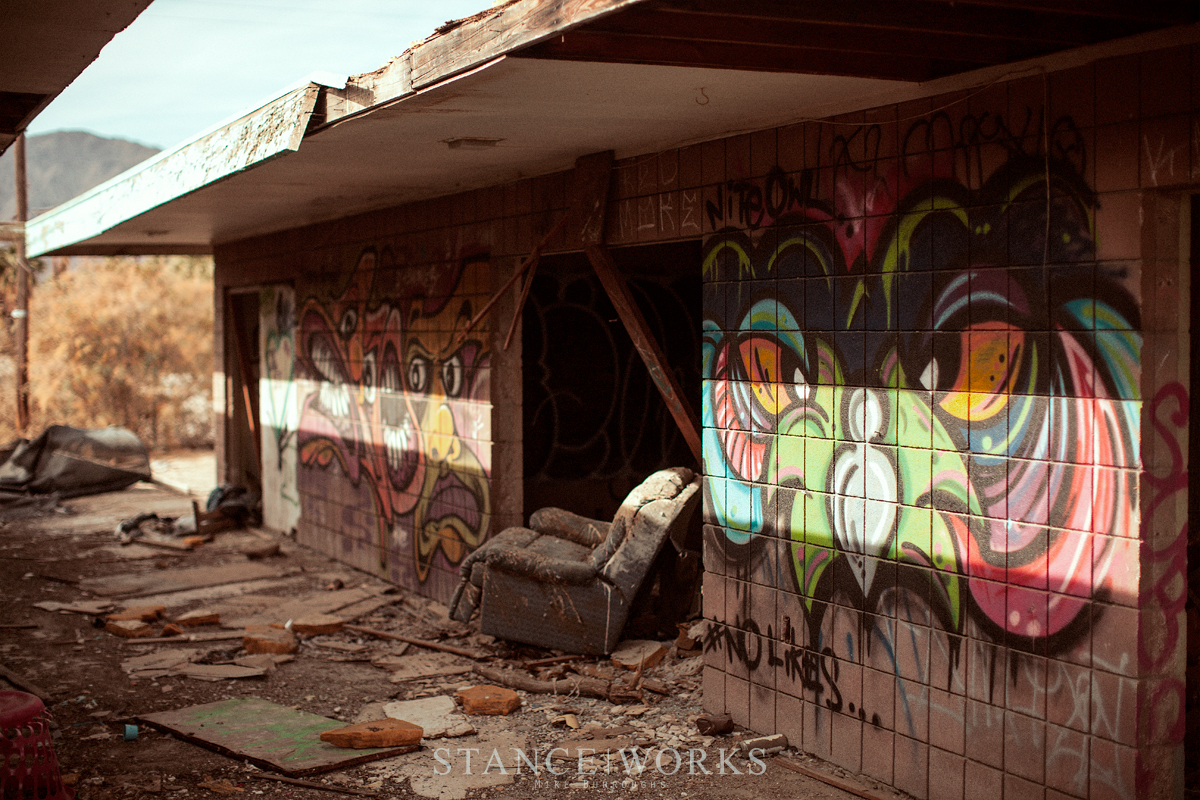 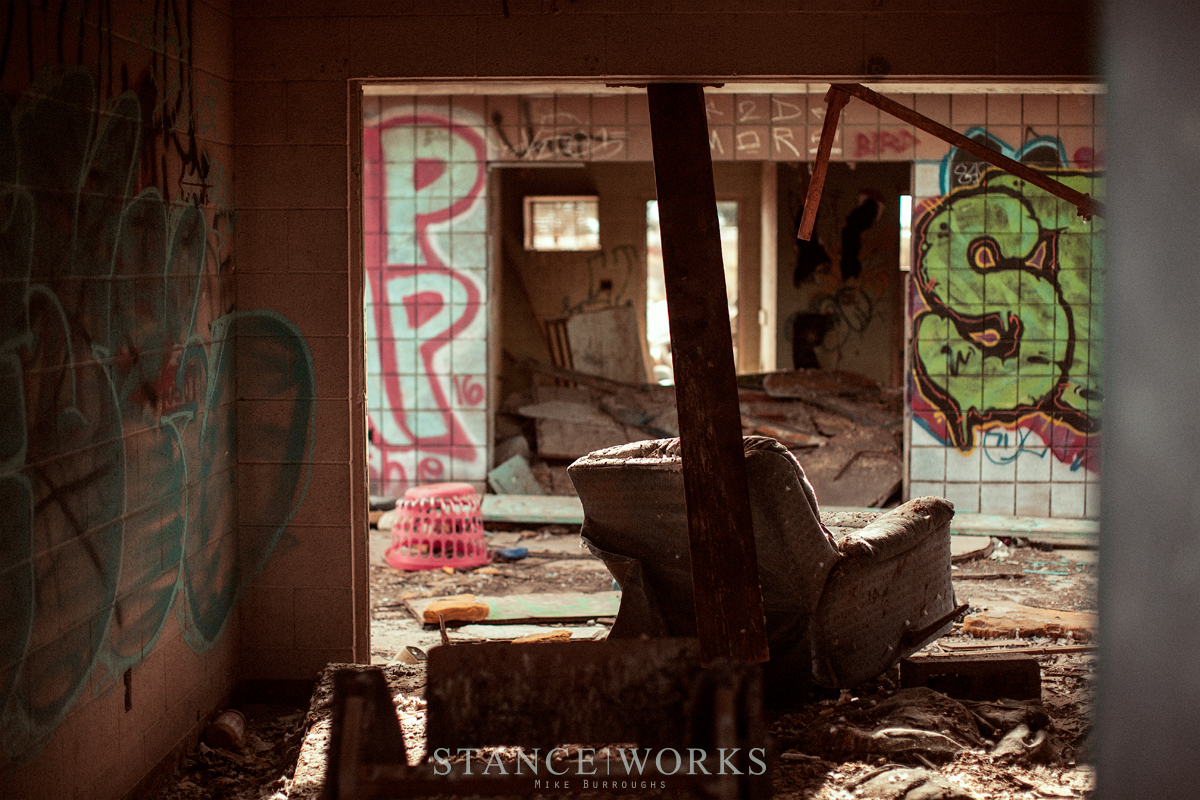 While much of the town of Salton Sea Beach is abandoned, there are a select few that have chosen to stay. Amongst a sea of dilapidated trailer homes, a few remain inhabited by the likes of those that could only be described as siblings of Trevor Philips, a-la Grand Theft Auto V. In a way, they add to the eeriness of the wasteland. 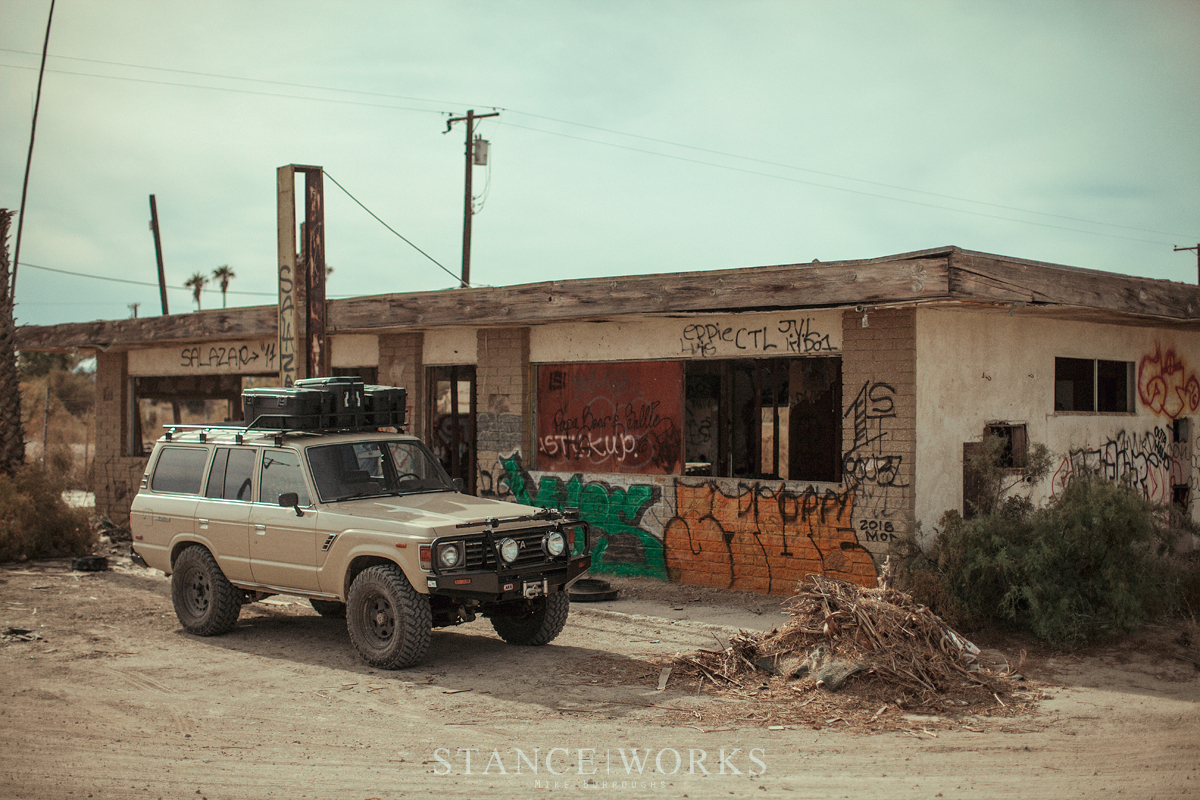 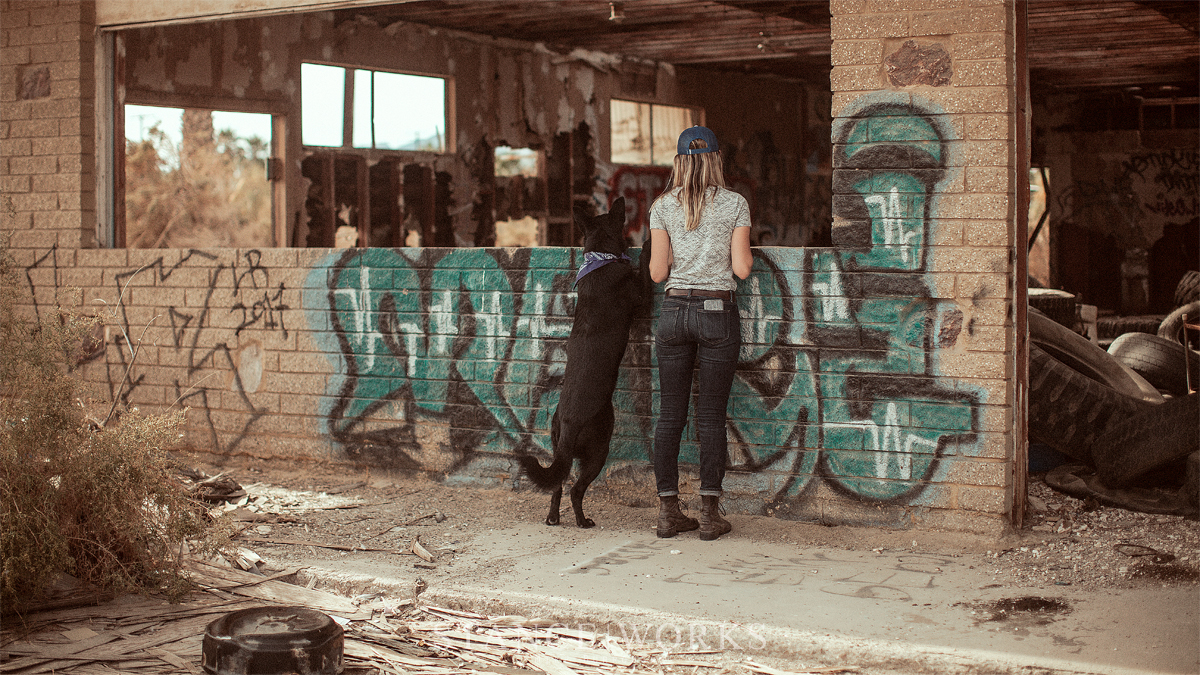 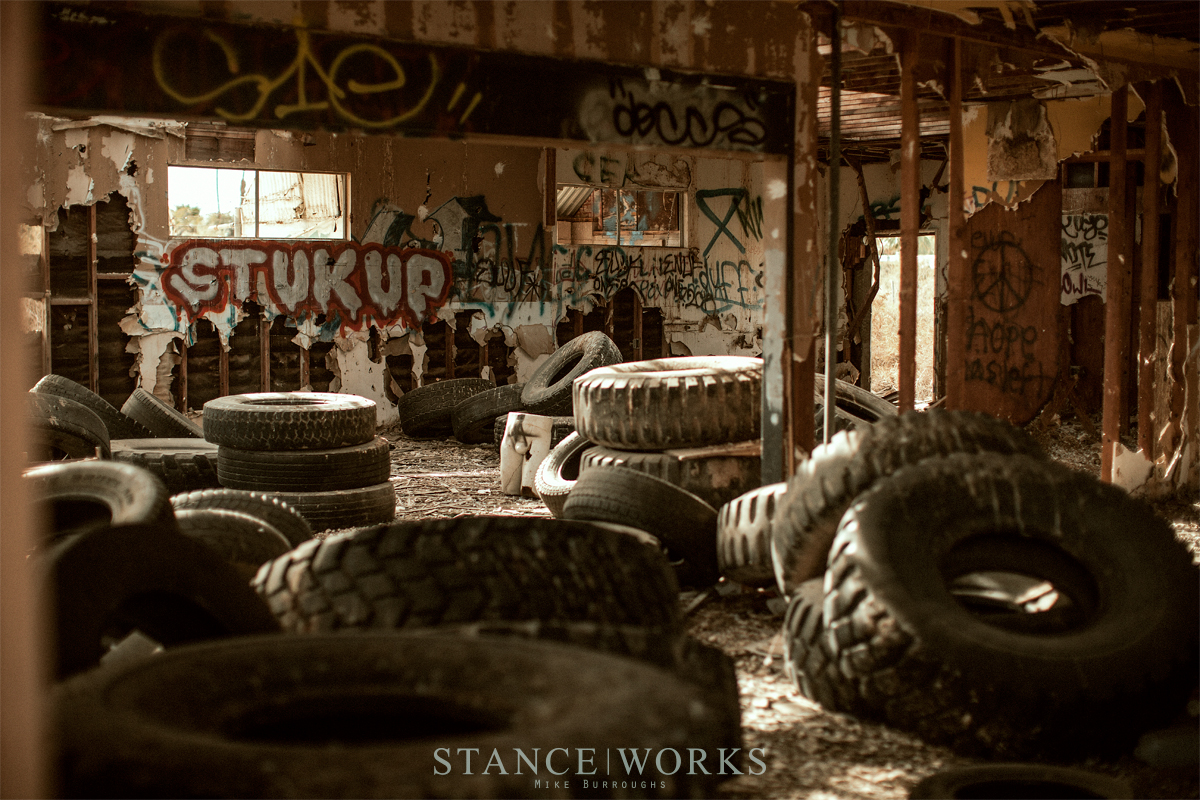 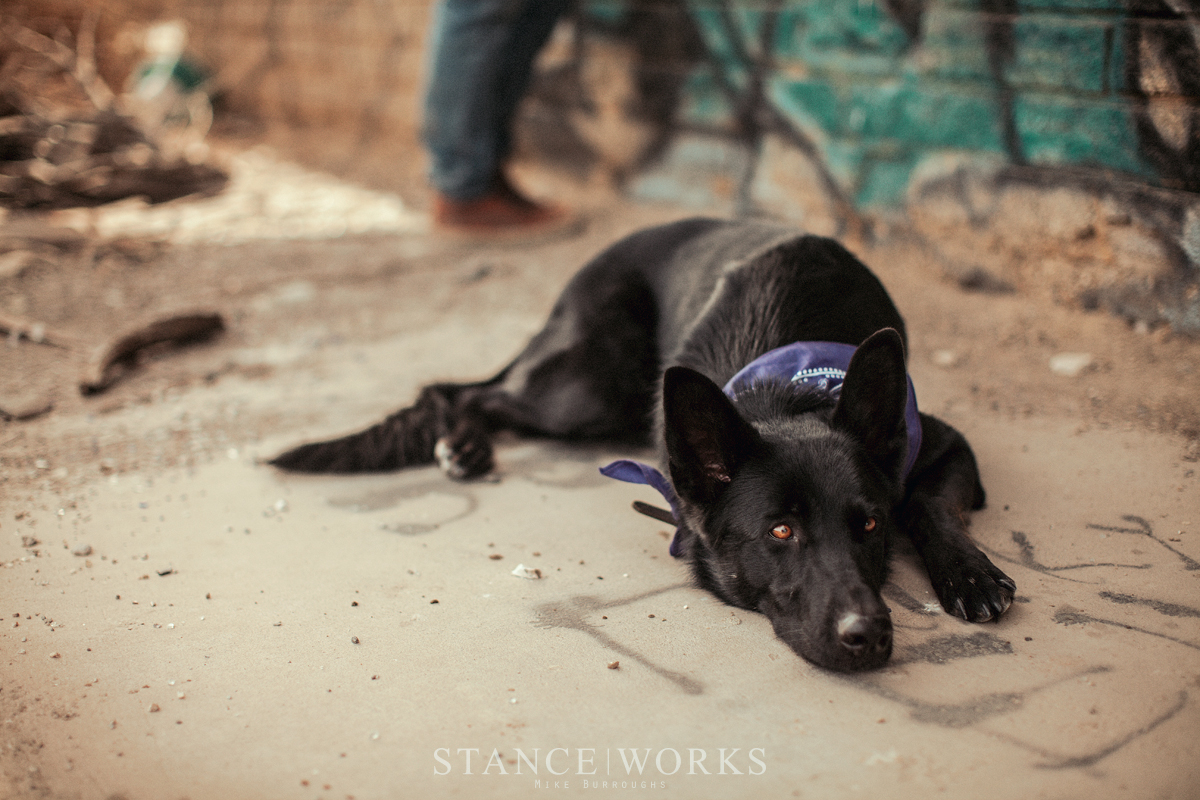 We poked around and admired the chaos, but in all, not much remained to be seen. It's the closest I've come to fulfilling my dream of seeing Chernobyl in person - and again, I recommend anyone reading to make the trip as well. Abandoned resort towns litter the lakeside, offering me a reason to make another trip out in the future. It's something I'll try to do sooner than later, as it sounds as though the runoff water that feeds the lake will, in due time, be diverted. The clock will begin ticking, and the Salton Sea will disappear. Some say it may even release a toxic cloud upon Southern California as all of the lake's contents are exposed to air for the first time in a century. I say bring it on. We're ready for the trip. 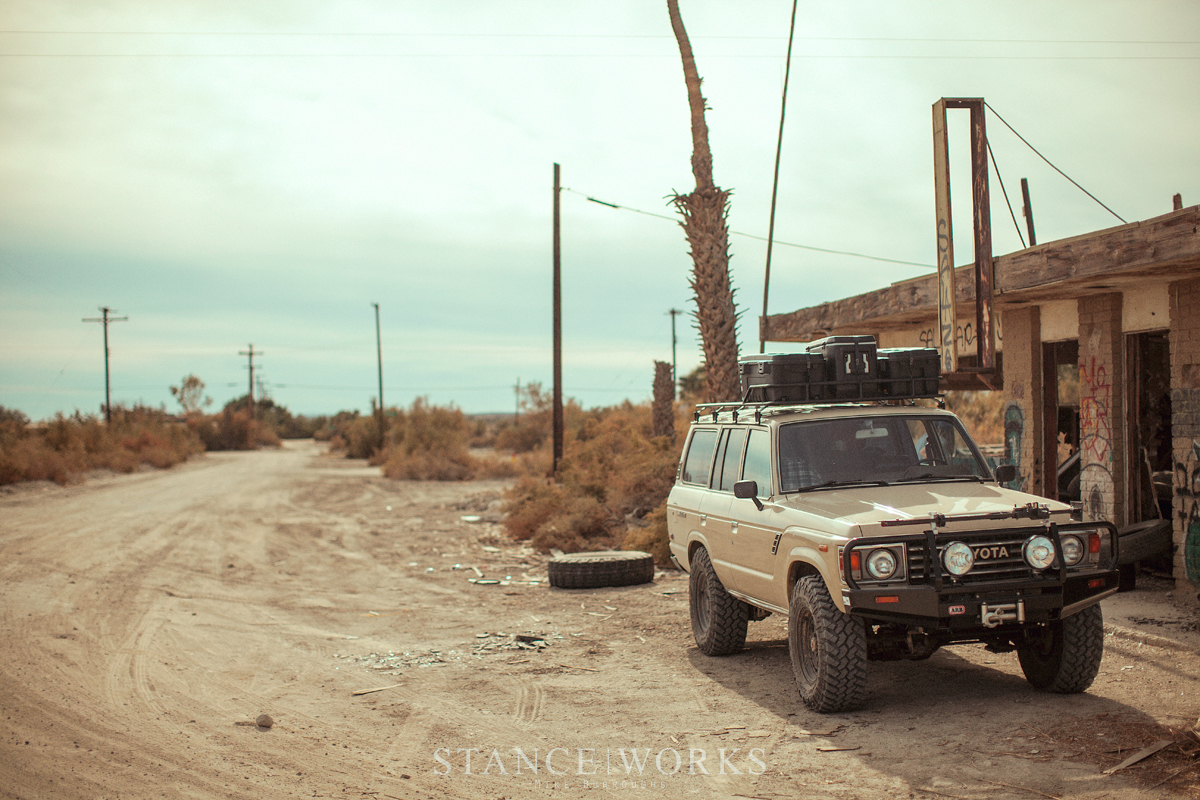