There's something doubtlessly special about understated, overlooked, high-horsepower, tire-burning five-door estates. It's a niche market, but those who find themselves in it tend to commit, through and through. From factory offerings to garage built beasts, hatchback sedans are rarely described as more than "unassuming."  Chris Castro and his team at Castro Motorsport lead by example, having built the only appropriate response to a newborn daughter: a turbocharged E34 wagon sleeper. 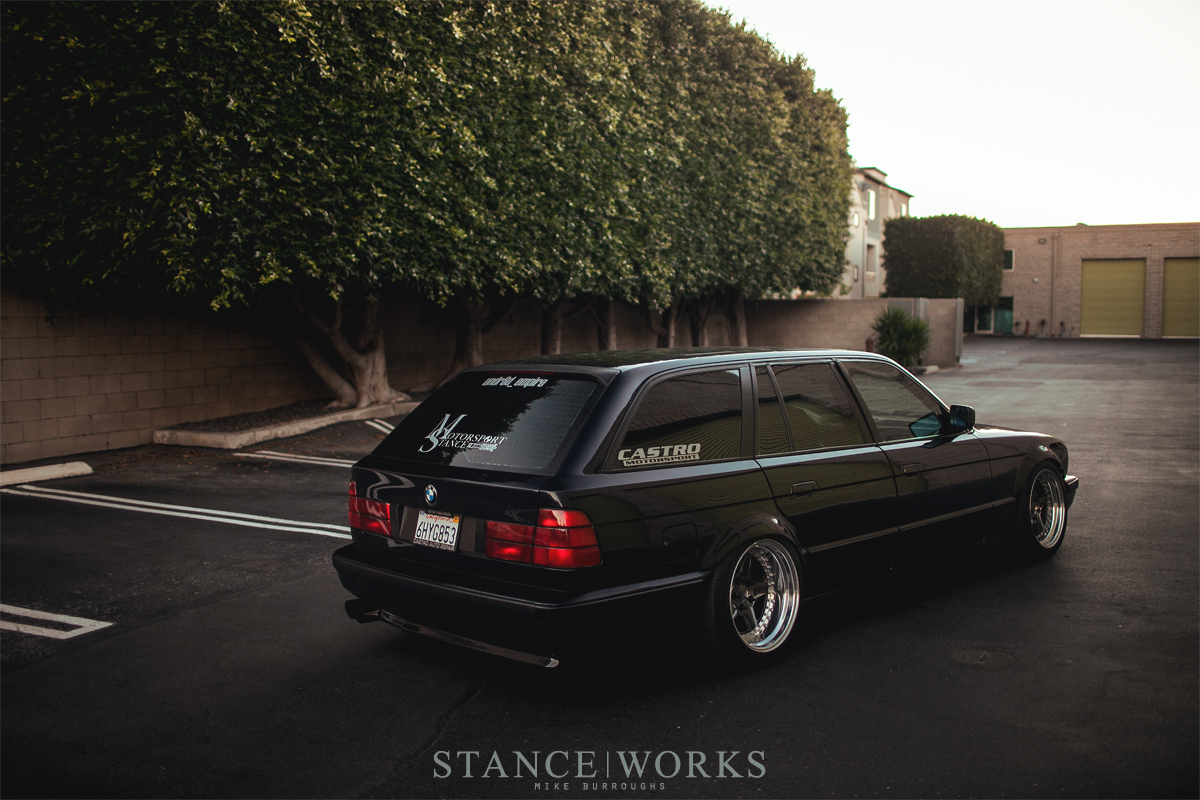 Chris Castro's love for cars, like most of us, dates back to his childhood. Castro's Auto Repair & Smog, run by Chris's father, Saul, operated for 22 years, with a young Chris helping out when and where he could. As he grew older, performance climbed his list of priorities, and after years of establishing the Castro name, Chris convinced his father to change the company's title to Castro Motorsport. After his father's passing, Chris embraced the company's direction and the name he had helped his father to establish, and pushed it further than ever before. 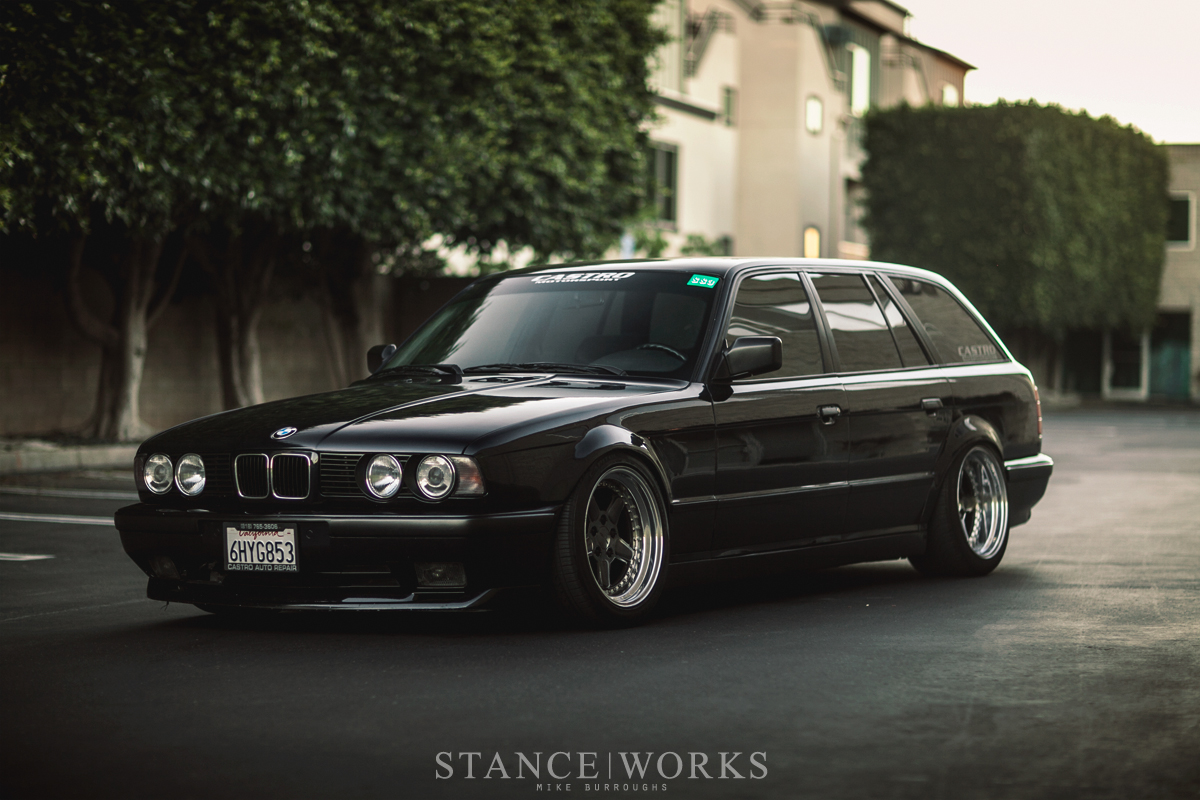 Today, Castro Motorsports has earned itself some serious clout. Aside from the impressive builds, wild swaps, and unique cars, they've been involved in creating many of Frank Ocean's widely-known BMWs, landing Castro's shop on the pages of GQ magazine. Moreover, they've cemented themselves as an all-things BMW shop and powerhouse, and perhaps one of the front runners here in Southern California. As their latest line of established credit, the turbocharged E34 wagon has landed on the cover of Performance BMW magazine, and rightfully so. 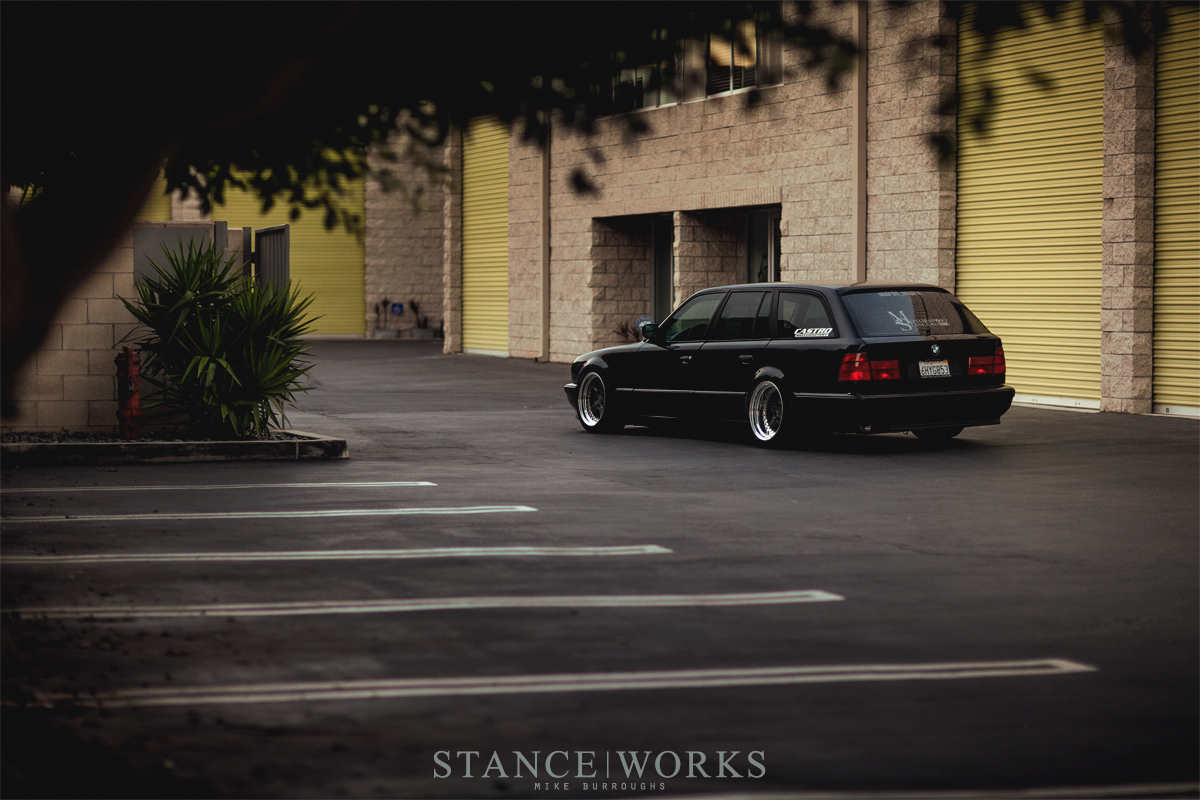 At first glances, there's much to admire, yet much left unsaid about the slick estate. Its presence is immediately established by the wide, polished-over-anthracite AC Schnitzer Type 1s. Making way for the 17x9 and 17x11 wheels is a set of custom flared arches, shaped by Alex Castro: Chris's brother. M-Tech front and rear bumpers give the 525iT a more aggressive look, and M5 side skirts help keep the car's profile close to the ground. Carbon black with added blue flake adds gorgeous highlights to all of the added lines. However, the slightly more assertive bumpers and fenders hardly hint at what lies below the surface. 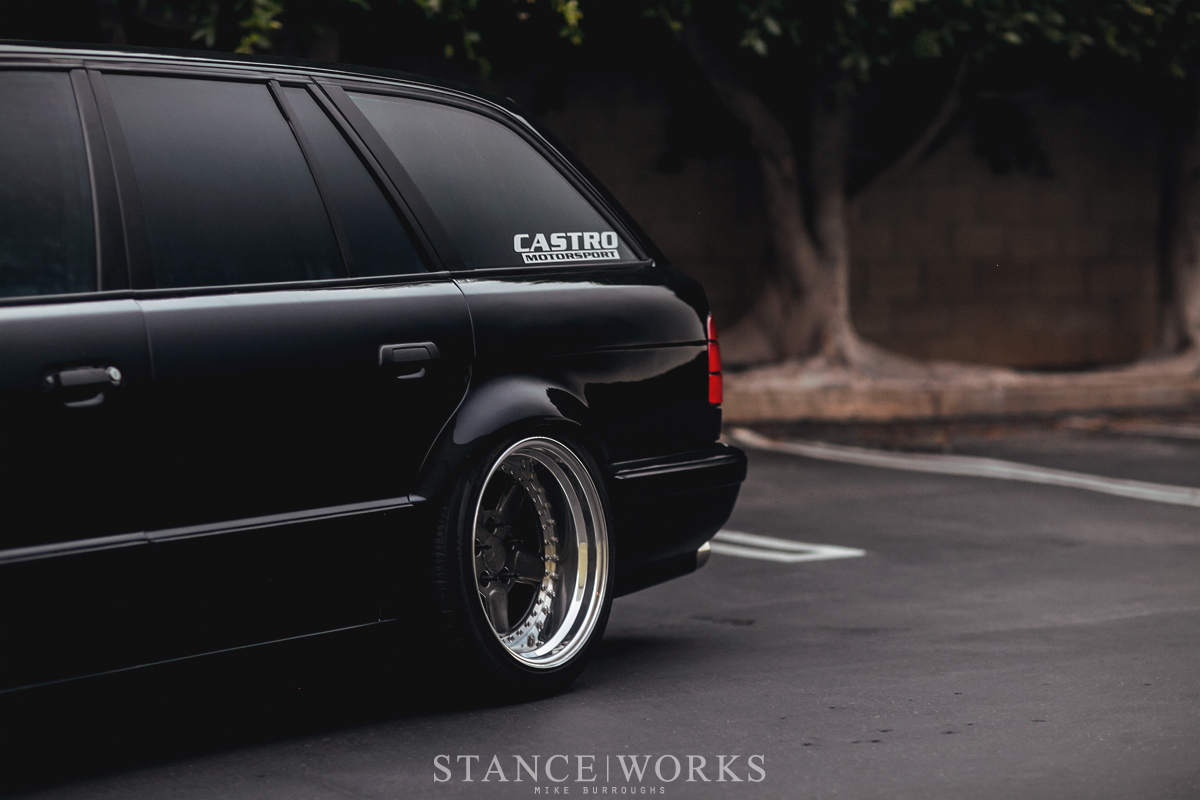 Inside the car, a pair of black Recaros hint at what lies below - Castro's wagon packs some serious punch; under the hood, an M52 sits in an engine bay chock full of impressive hardware. A few internal changes to the engine were made, such as cams, gaskets, studs, and others; however, the M52 is known for its stout composition. A Garrett GT3582R dual ball bearing turbo and an AR0.07 56mm trim compressor are hung off the lump with a modified Blunt Tech/Rapid Spool Industries top mount stainless manifold. An AR 0.82 84 trim turbine, Tial MVR 44mm wastegate, and 50mm Tial blow-off valve round out the package. 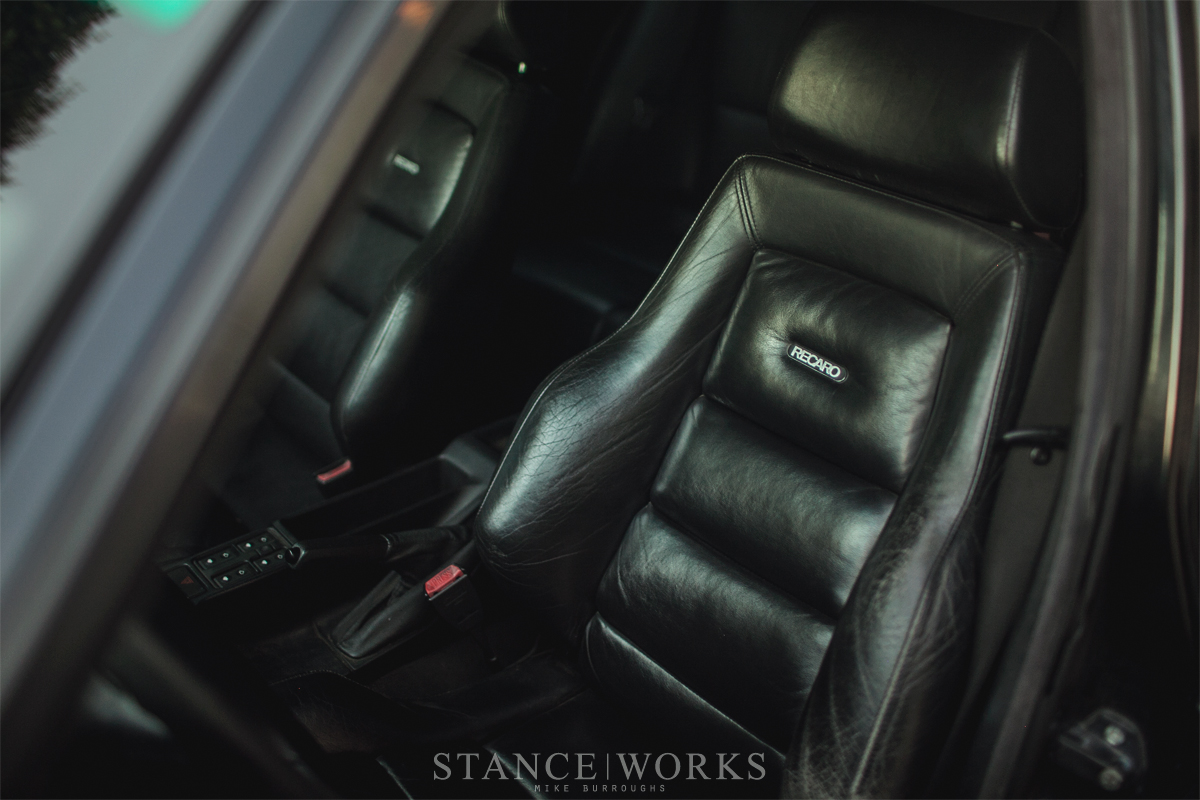 The most difficult part of the build was wastegate and downpipe placement. Wanting to ensure that the cooling system was going to be effective, precautions were taken with routing the massive intercooler piping through such a tight space. However, the hard work was worth while. The result is a 480-horspower station wagon, prepared to haul Chris, his family, and the family dog with room to spare - all while being able to take on any willing highway competitors. To lay the power down, a set of Nitto NT555s wraps the wide rear wheels, and coilovers keep the car planted and ready for the turns. 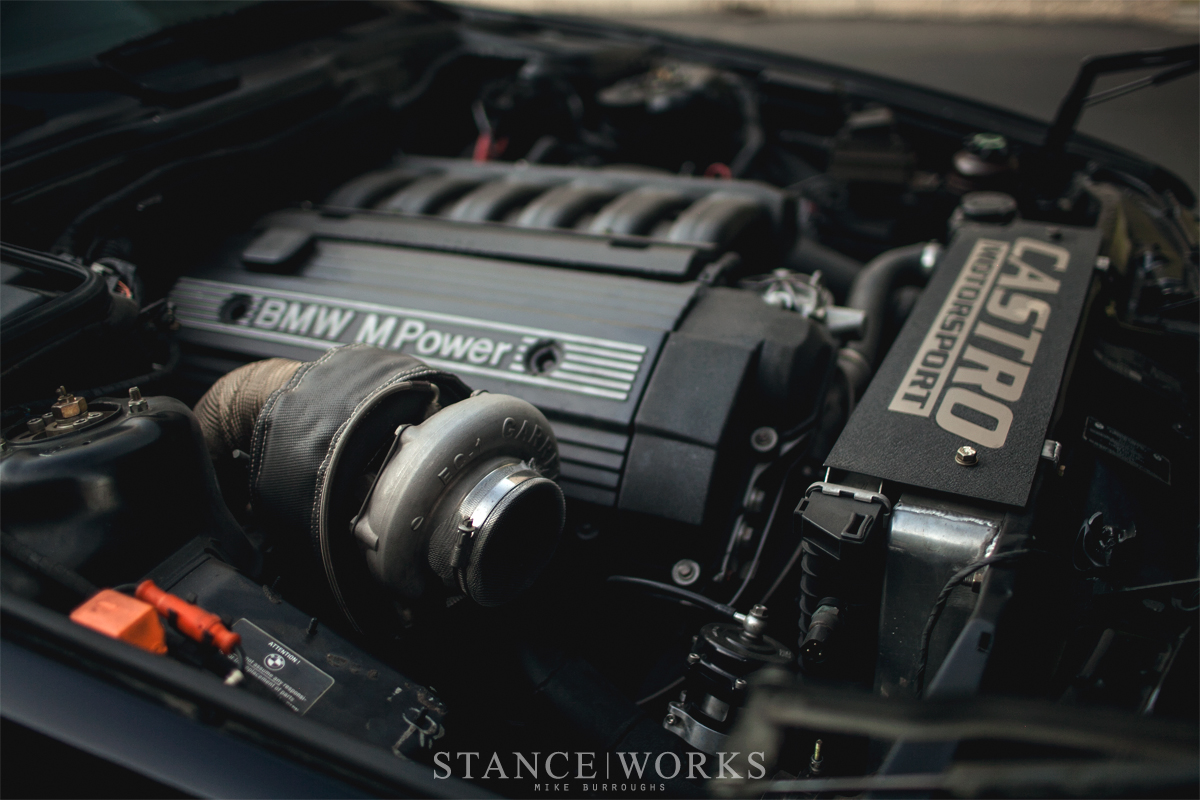 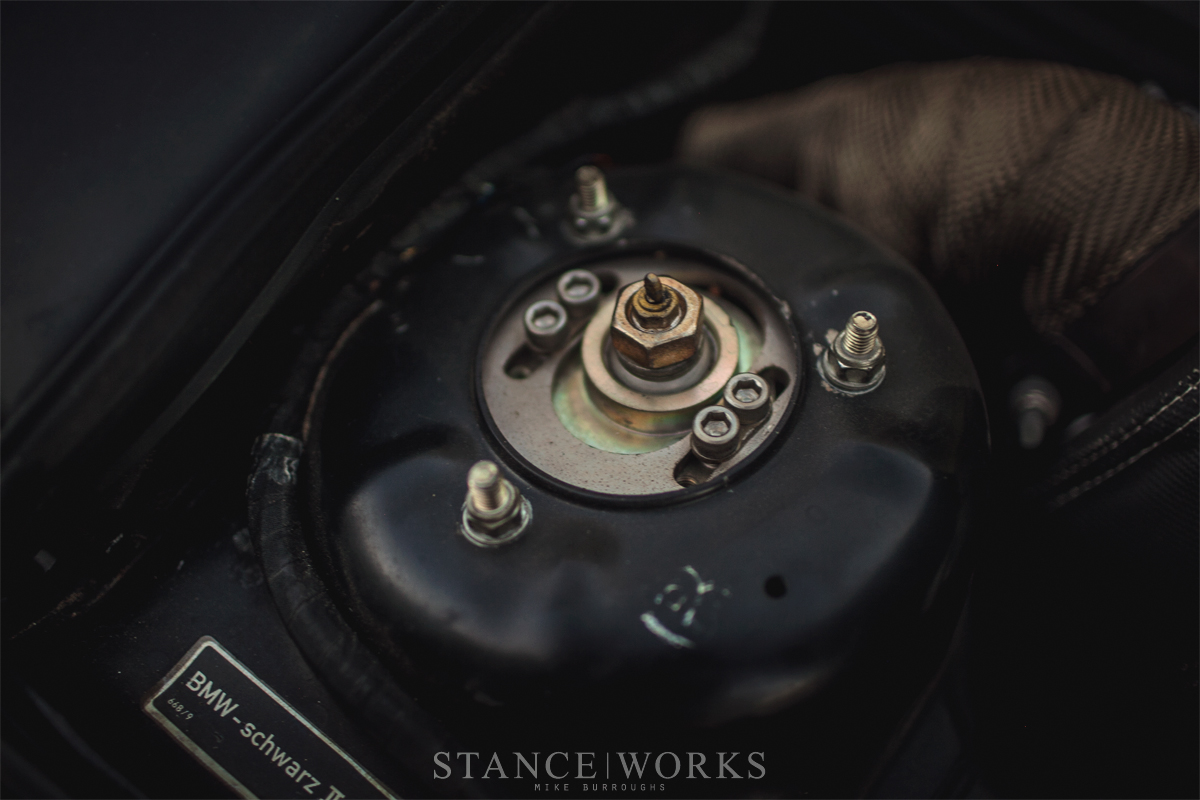 Aram Ayvazyan, part of the Castro Motorsport team, sums it up well. "My favorite part of the car has to be its character. It's not the cleanest car in the world but if you see it from a distance coming at you, you'll definitely turn your head to take a minute and look at it. The adrenaline rush that kicks in when you realize how fast you just went through those gears, to look at the speedo and realize you're well over 100mph in a couple of seconds is just awesome." In a wagon, no less. 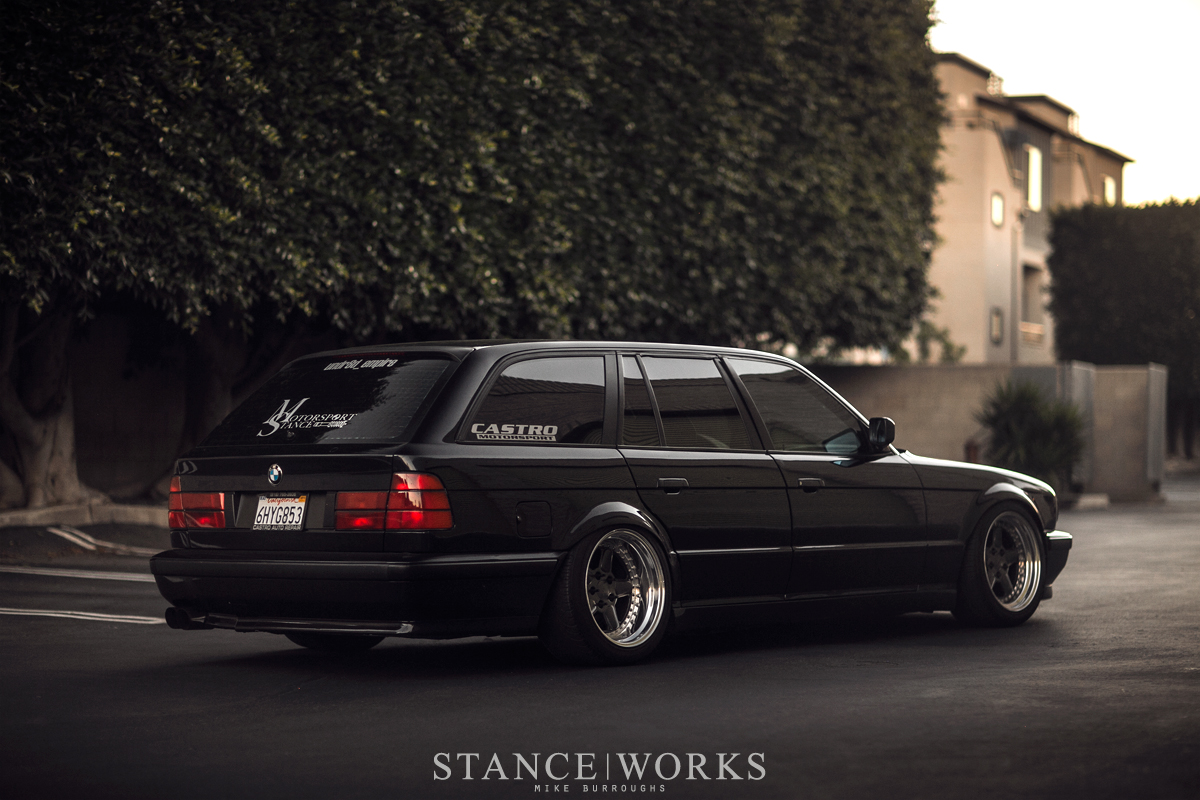 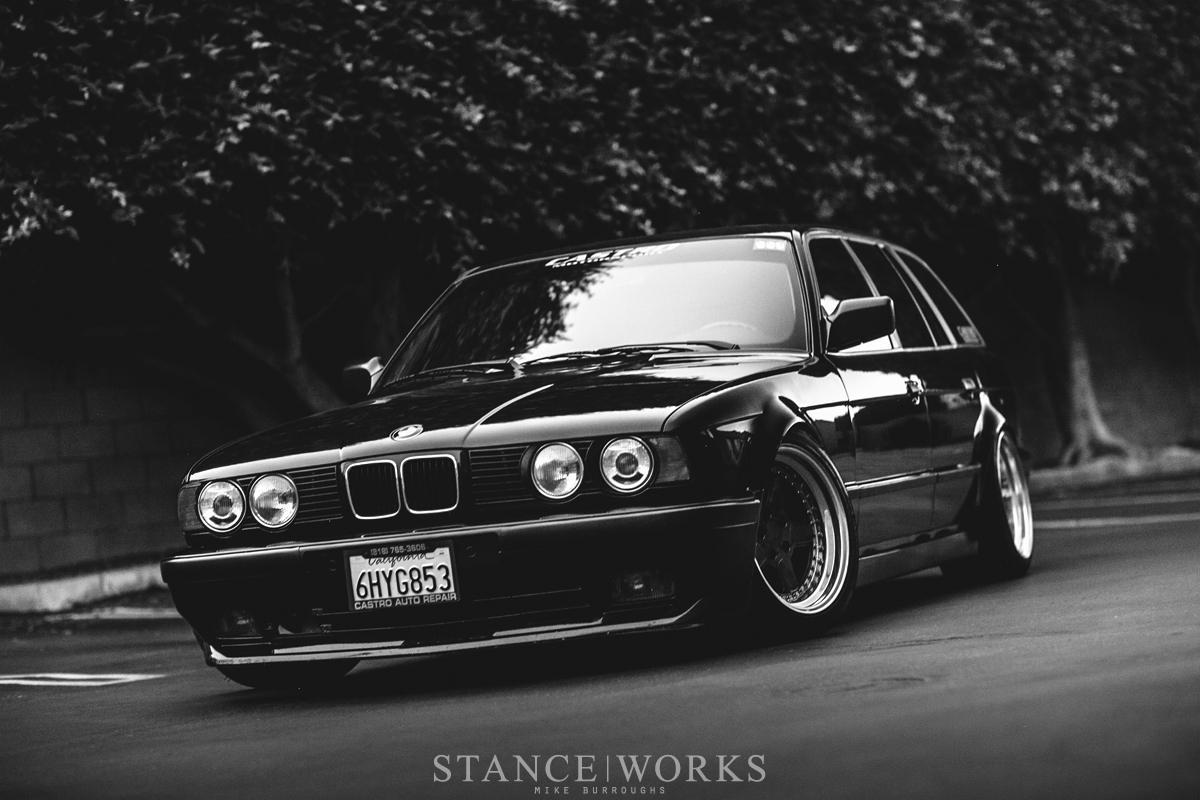 As a car that was purchased as a way to "grow up" and move his newborn daughter around appropriately, we find it hard to argue for a better outcome.  From subtle yet powerful aesthetics, to a purpose-built driveline ready to take on the worst; what better way than to send it off in style? Now we're ready to see what Castro cooks up next. 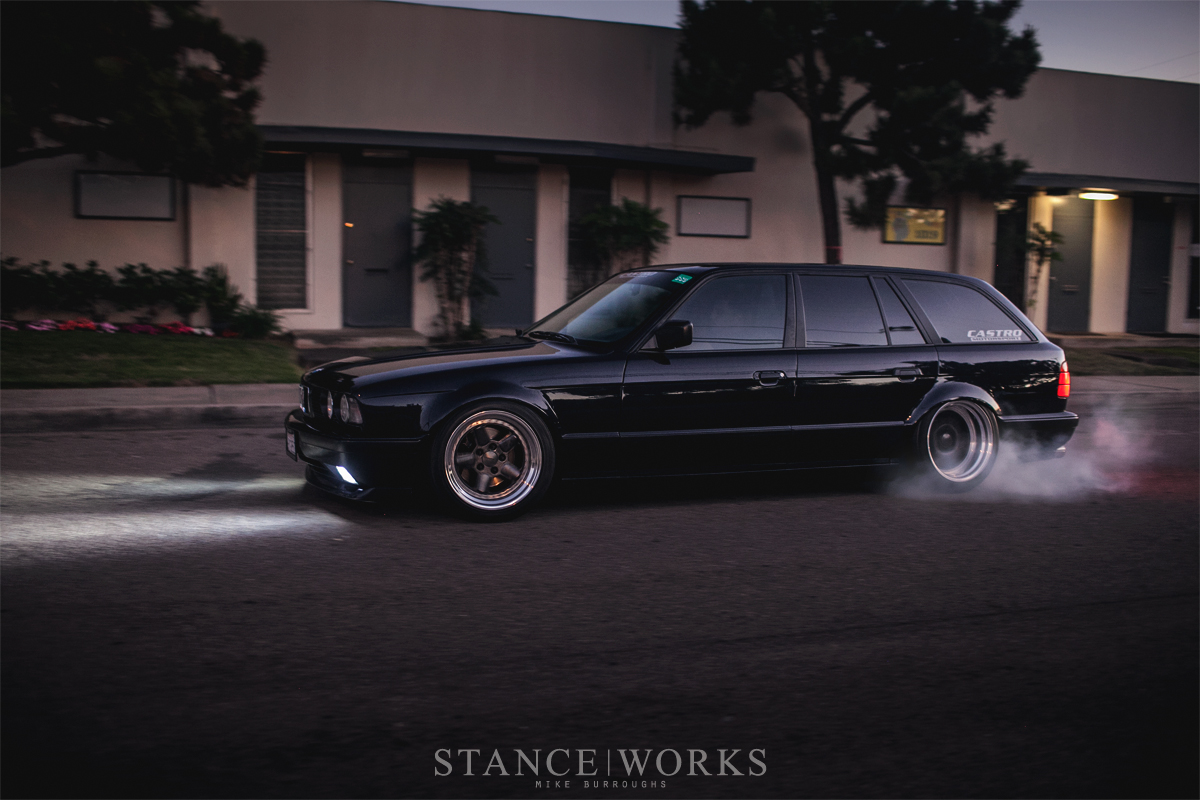