If there's one thing BMW did extraordinarily well in the 1980s, it was perfecting the grand tourer. That is, of course, if you ask me. I may be alone in suggesting there's no better example of both era and machine that represent a perfect balance between the driving experience as an enthusiast, and the driving experience as a traveller, but I mean it. With that comes a few cars that straddle the line a bit differently than others, and one of the most sought-after of the era is the E28 Touring: a 5-door version of the 5-series sedan, built in incredibly low numbers by the coachmaker, Schulz. 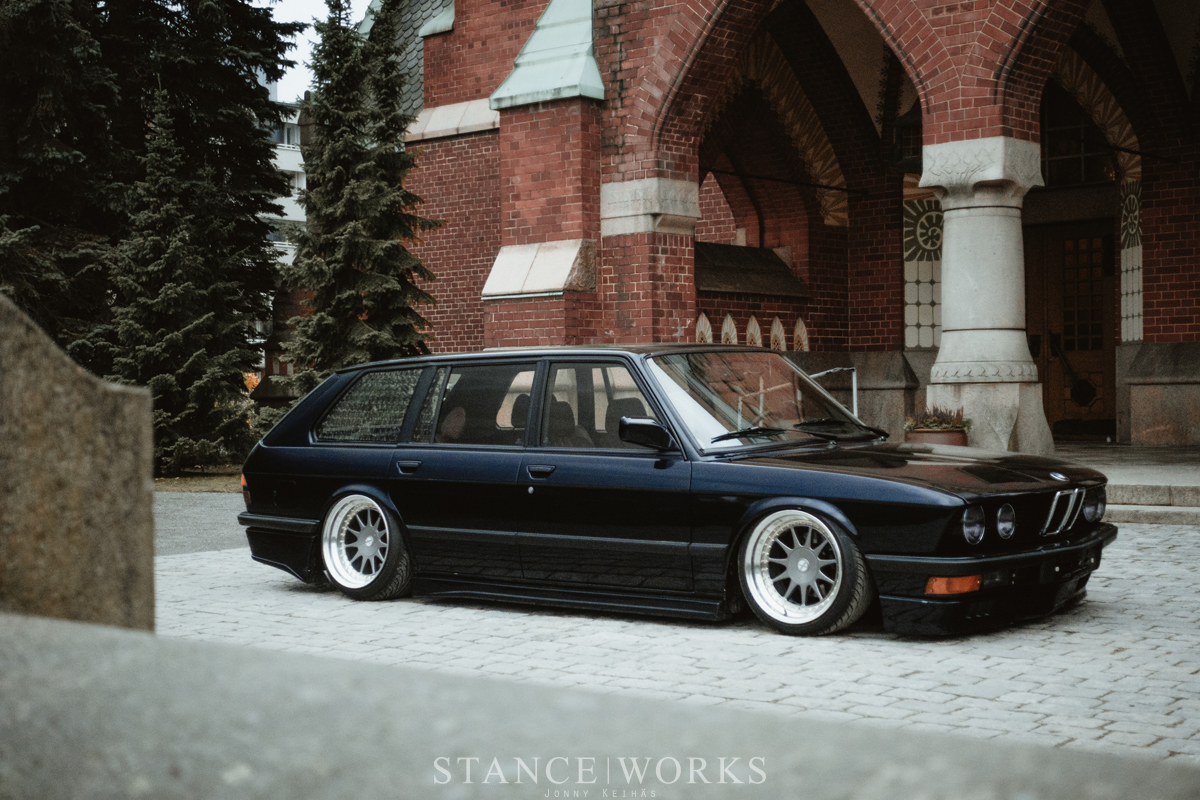 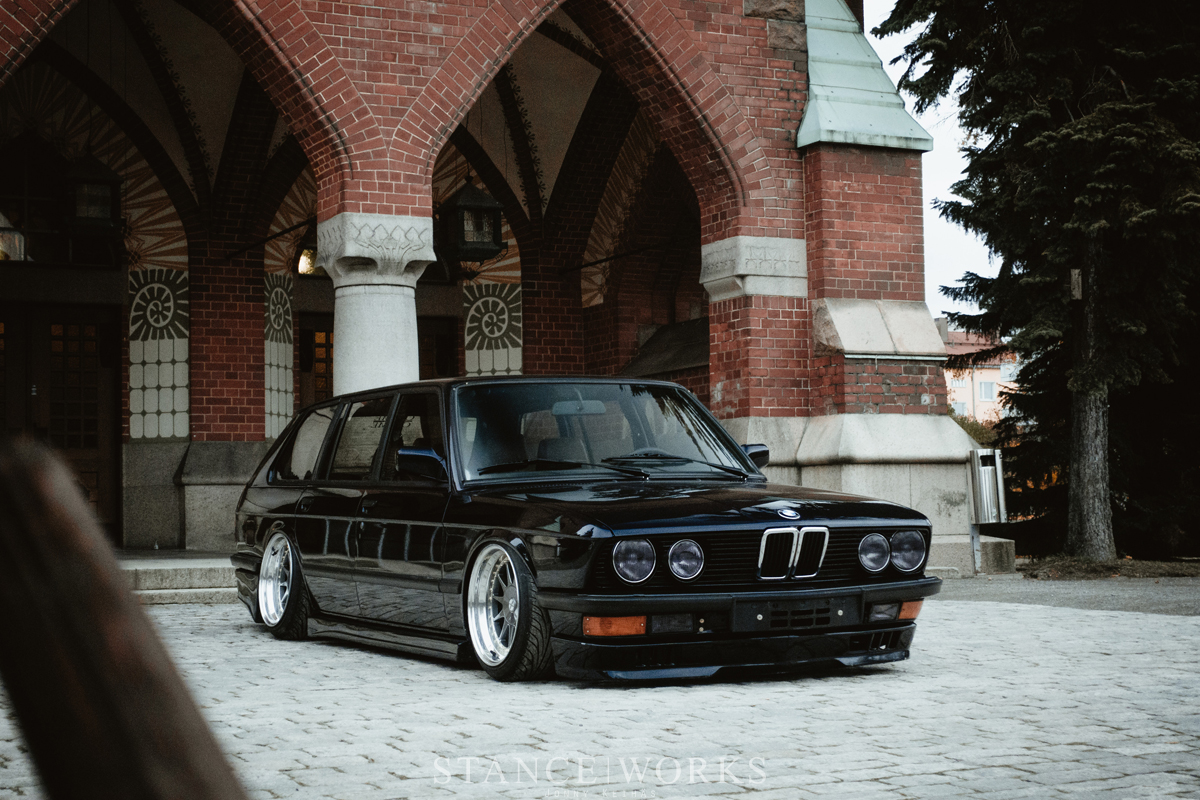 Clearly, the Schulz is less grand and more tourer, but considering BMW brands their wagon models with the "Touring" designation, suddenly it all makes a bit of sense. As one of the first BMW touring models, even if not in an official capacity, it understandably holds a dear place in the hearts of 5-series lovers. If you ask us, its unrivaled in aesthetics for being the prettiest estate car on the road, and luckily for StanceWorks readers, Alex Siren agrees. In fact, he's taken things a step further, working to improve the aesthetics of the E28 Touring to his own liking. And our liking too, needless to say. 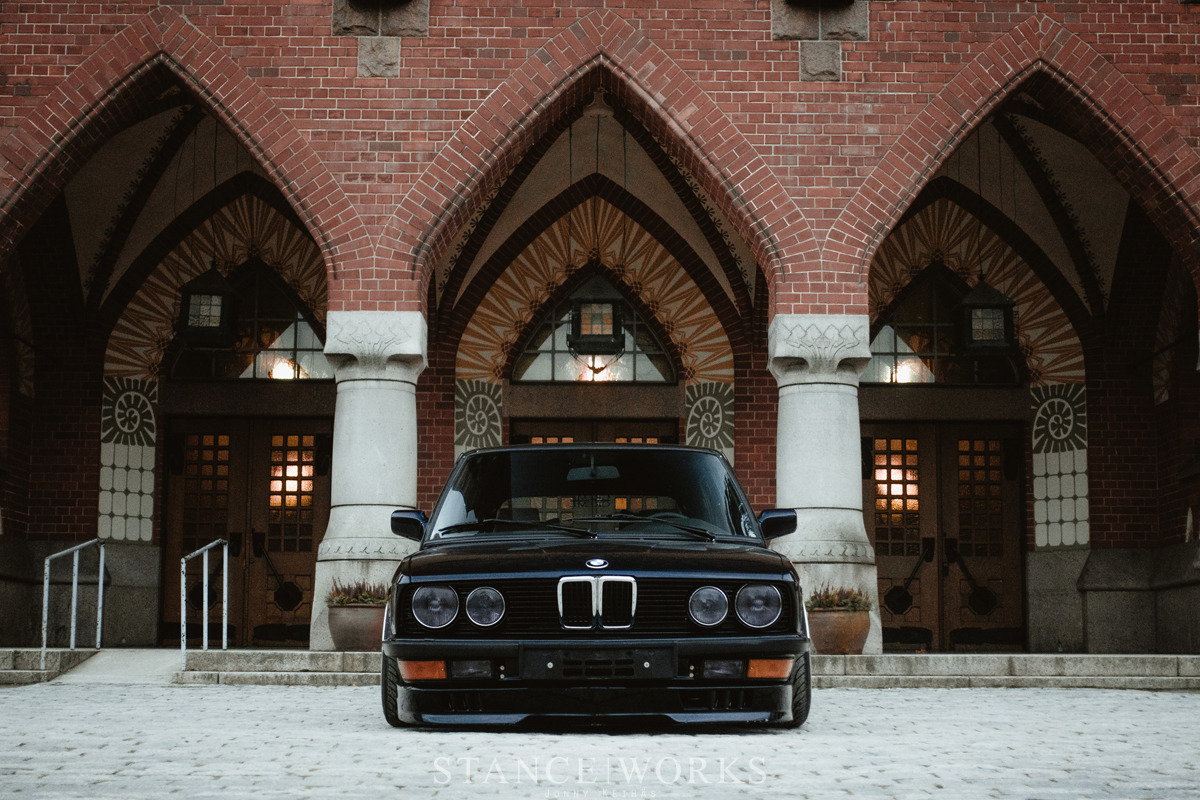 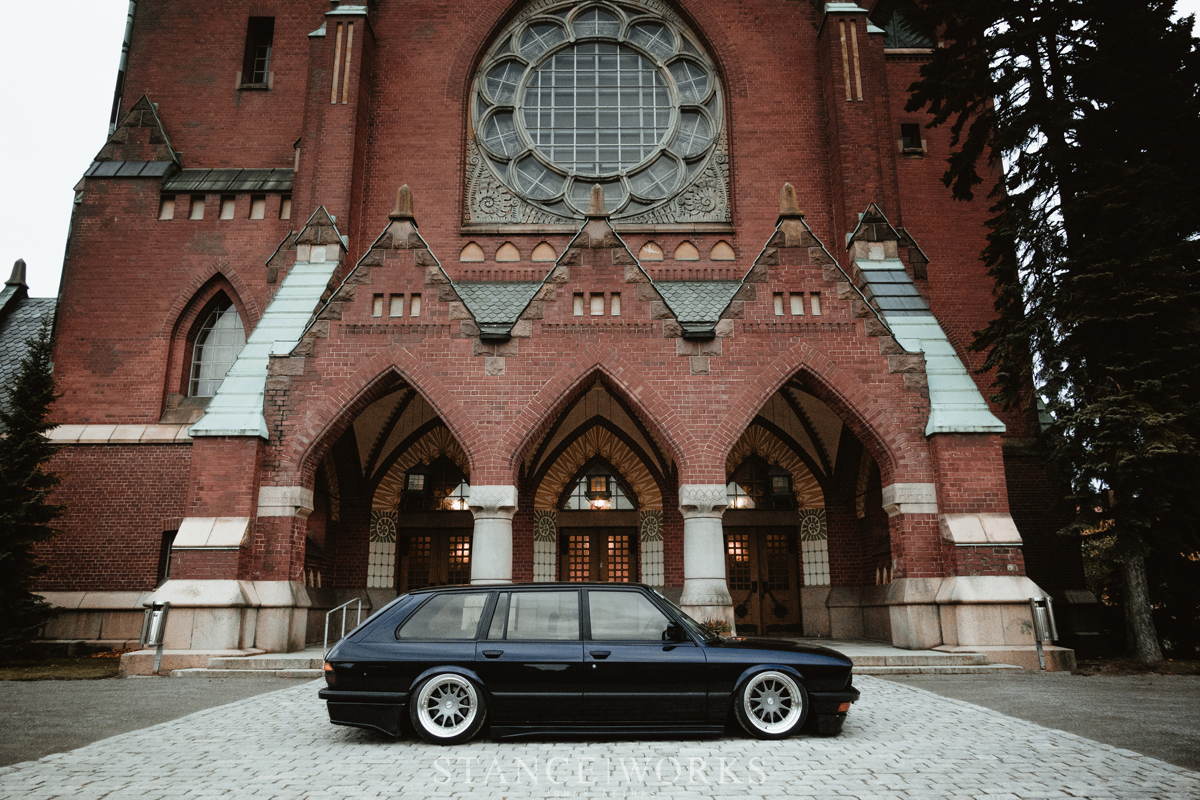 Alex found this particular car thanks to a series of links on a message board, which eventually led him to an old for-sale ad. After reaching out with no expectation of a response, he lucked out. After traveling to see the car, he was met by a garage full of classics: several E34 M5 Tourings, a pair of E46 M3 CSLs, and even a custom E30 two-door touring, to name a few. Alex knew he was in good company, and although the E28 was missing a few crucial parts, the car had clearly been cared for to some degree. Without hesitating, he made the purchase. 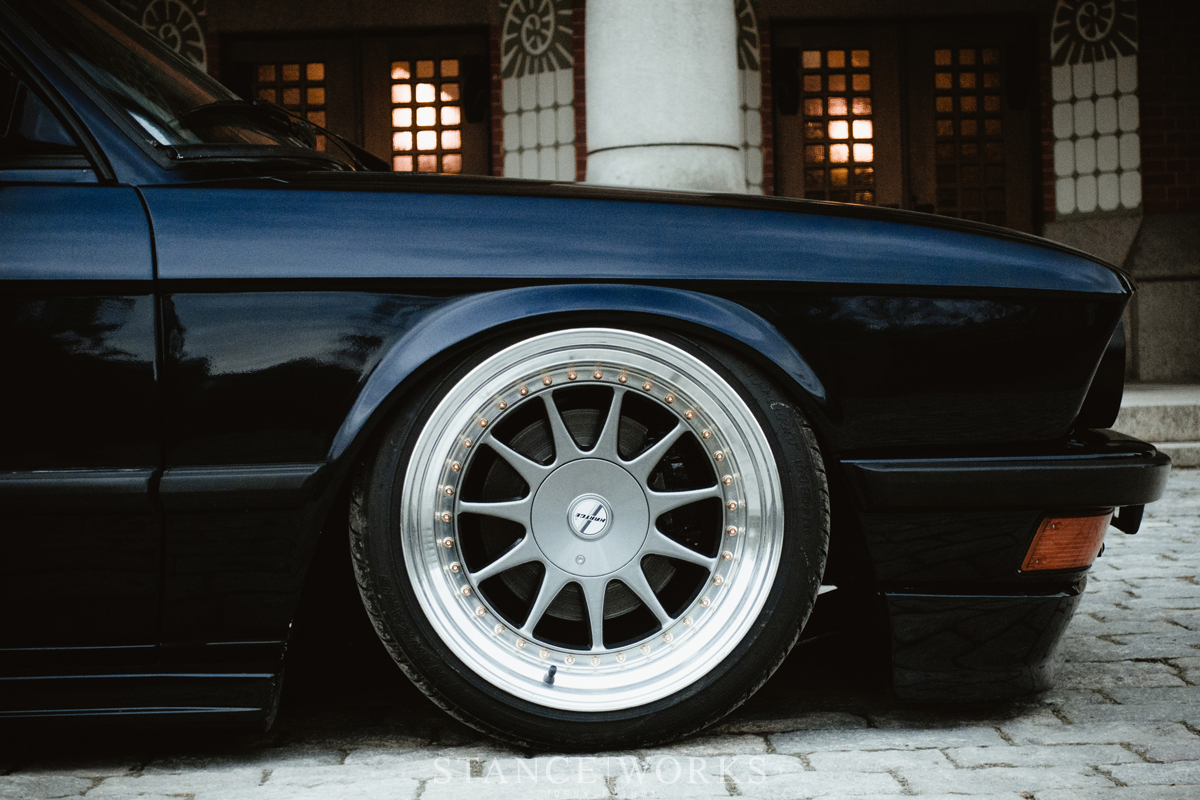 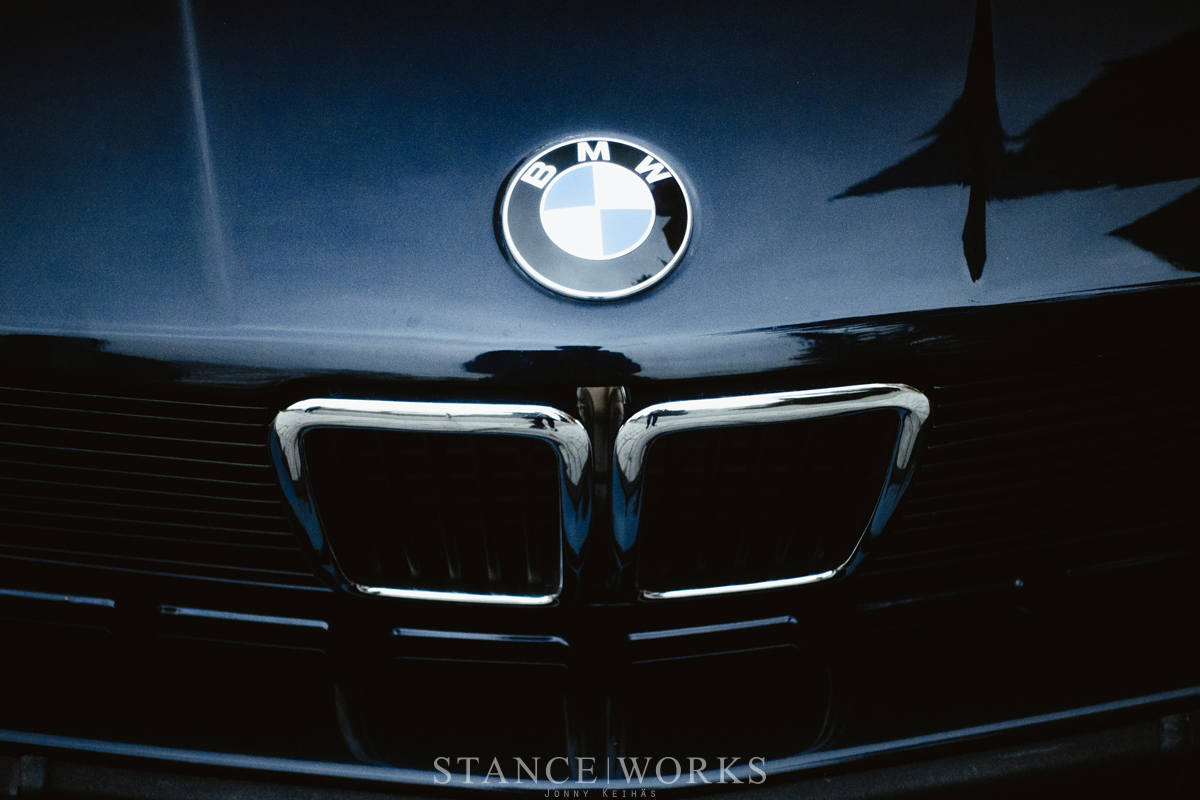 Ever since, its been a journey of both restoration and custom tailoring the car to his liking. After selling off all the parts he had accumulated for his prior sedan, including some wheels he promised himself he'd never let go of, the Touring was paid for, and the build began. 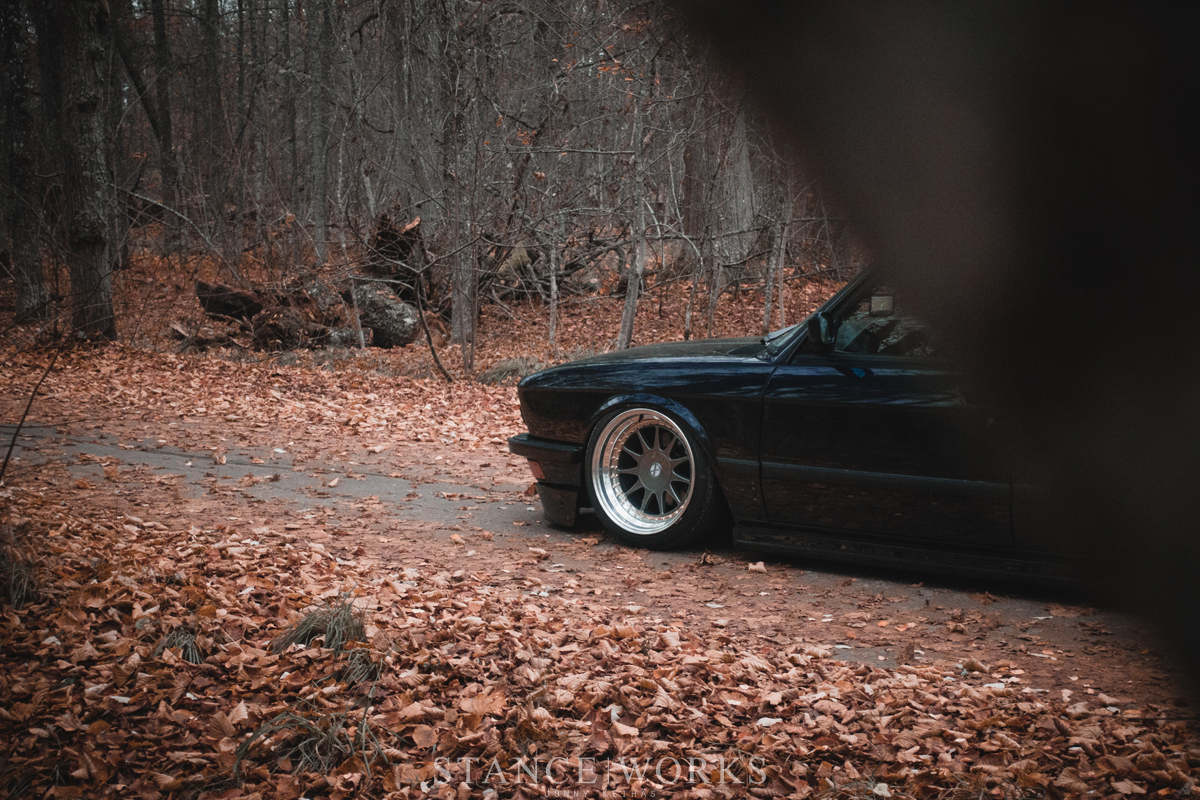 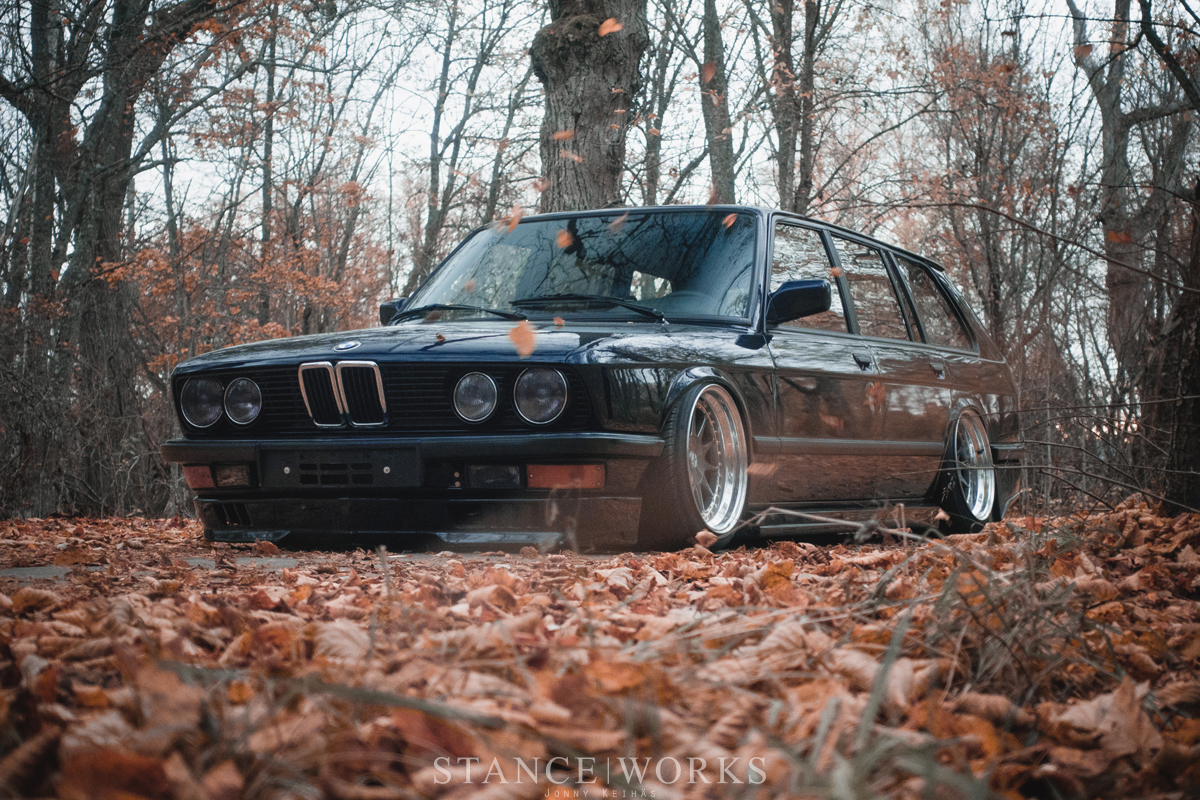 Having been painted not long before purchase, the Touring offered a great starting platform. First registered in 1987, the car appears, underneath, to be an early model E28, pre-1985. The bones were solid, as were the mechanicals, meaning Alex could focus on the aesthetics and comfort: perfect for the nature of a true touring car. 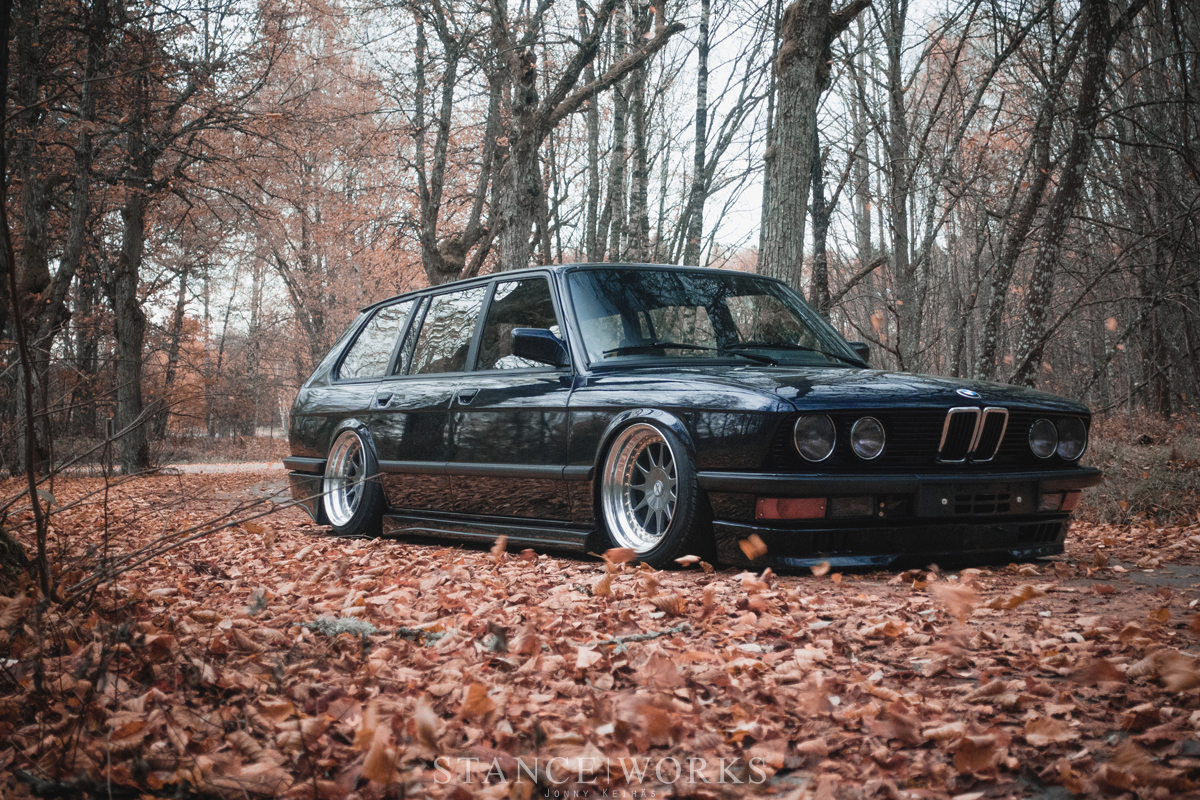 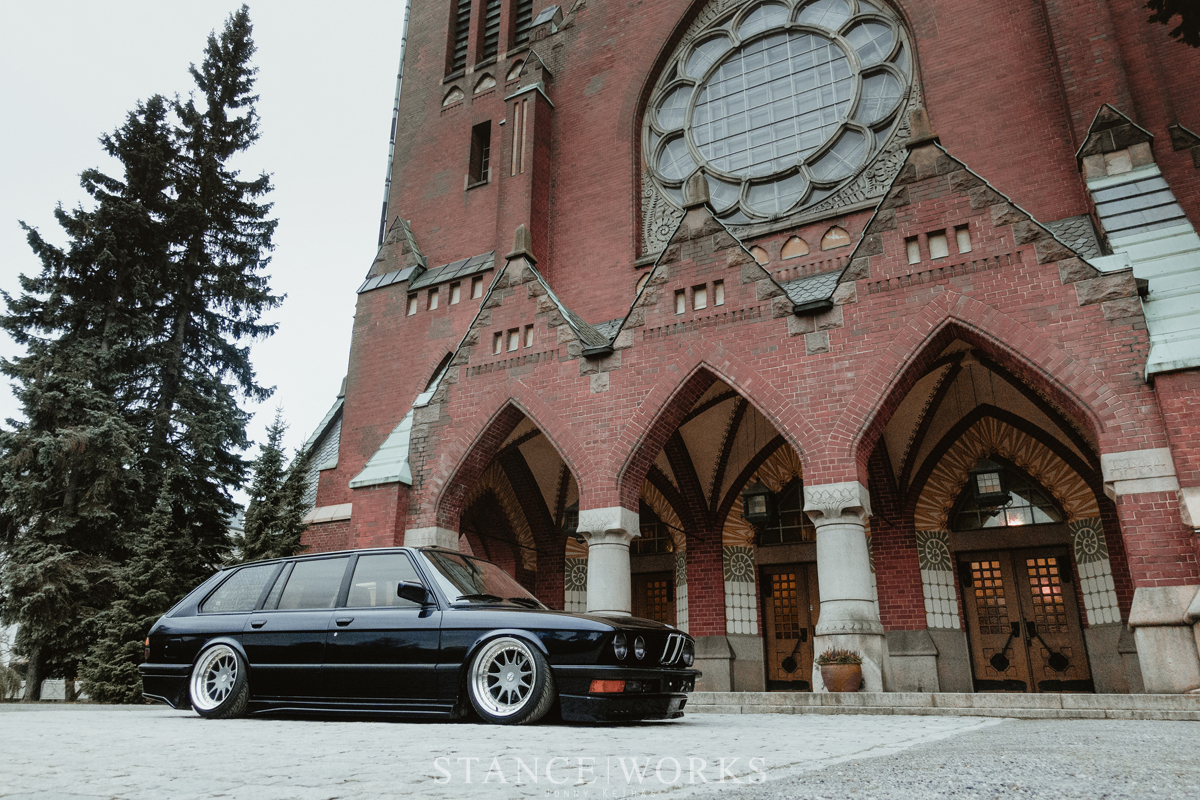 Working from the inside out, Alex had the interior reupholstered, featuring a beautiful brown leather with contrasting stitching. Keeping the factory sport seats and factory upholstery patterns keeps the interior feeling period correct while slightly modernized and luxurious. The manual shifter found in the center console indicates that the car sports a 5-speed transmission, backing an M30B34, complete with a Hartge manifold for some added tone. 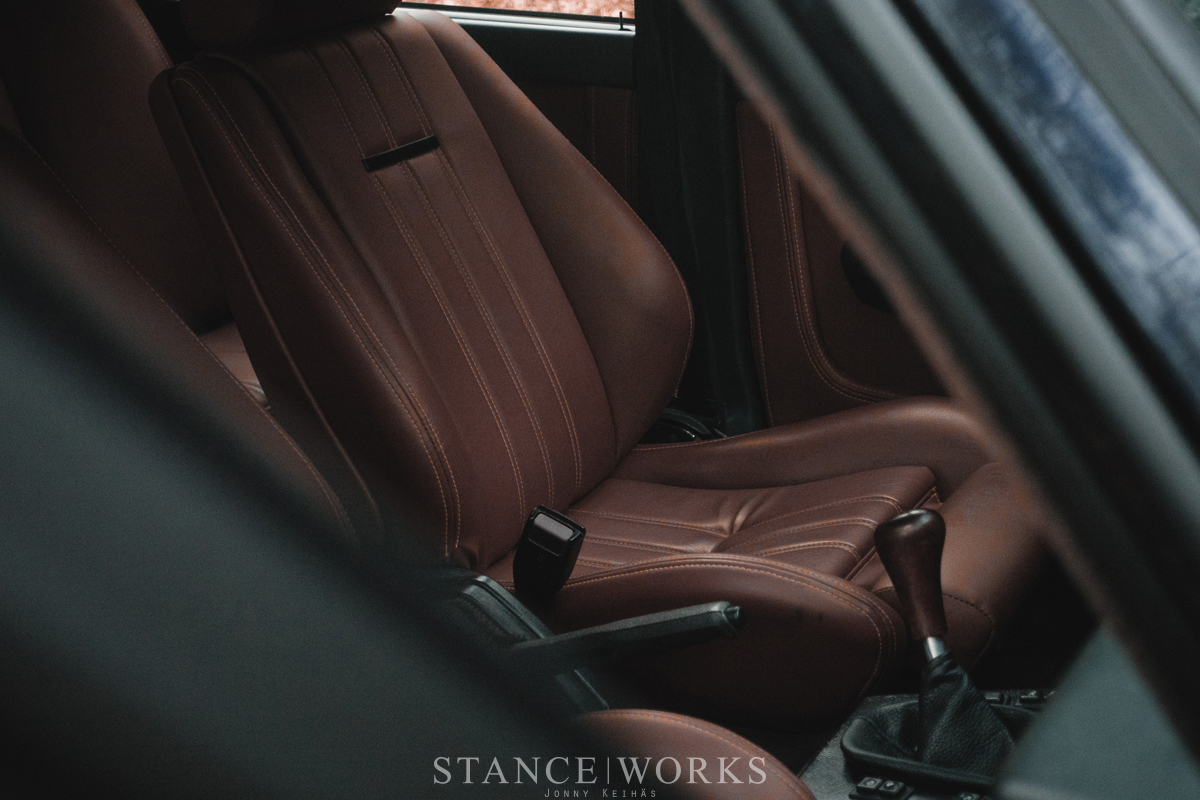 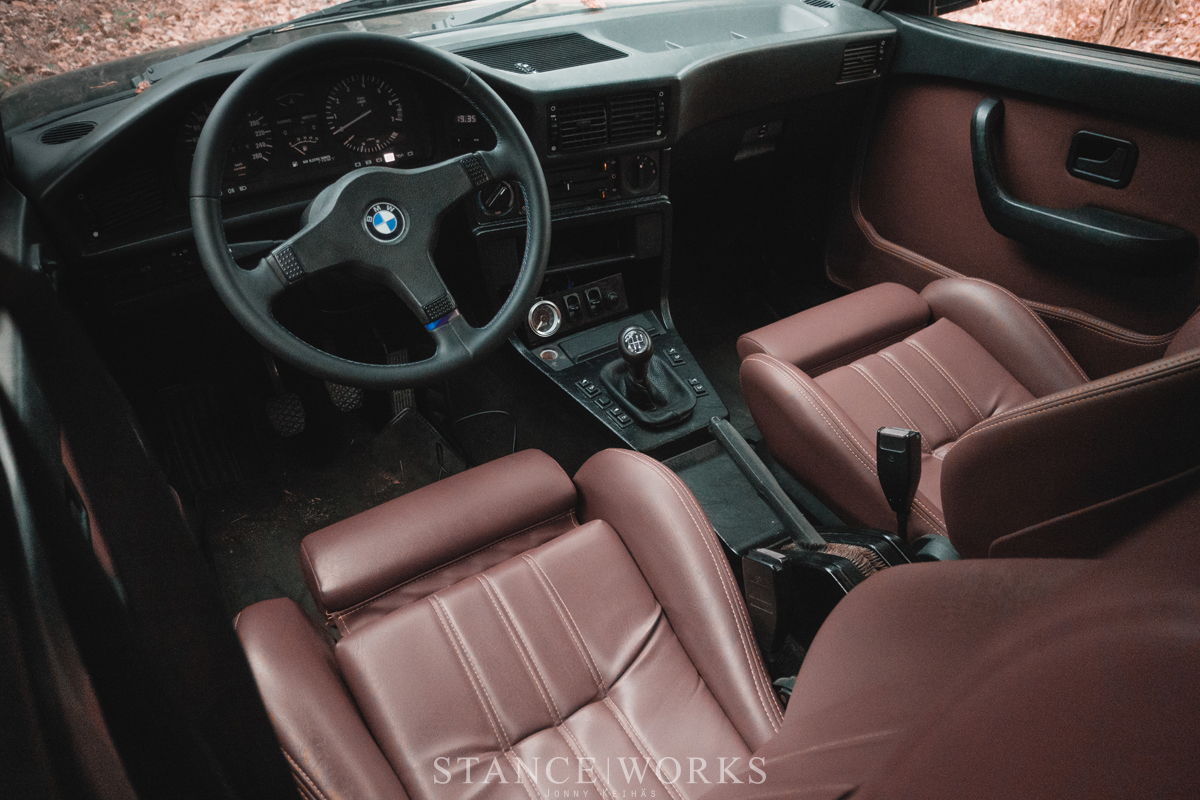 Another glance around the interior will hint at the suspension setup: custom BC coilovers and Only Charged Dubs bags are controlled with classic paddle valves mounted at the base of the center console. The air suspension setup allows Alex to focus on style, and as an added benefit, gives the wagon increased load-carrying capacity and adjustability, in the event that Alex decides to put the Touring to work. 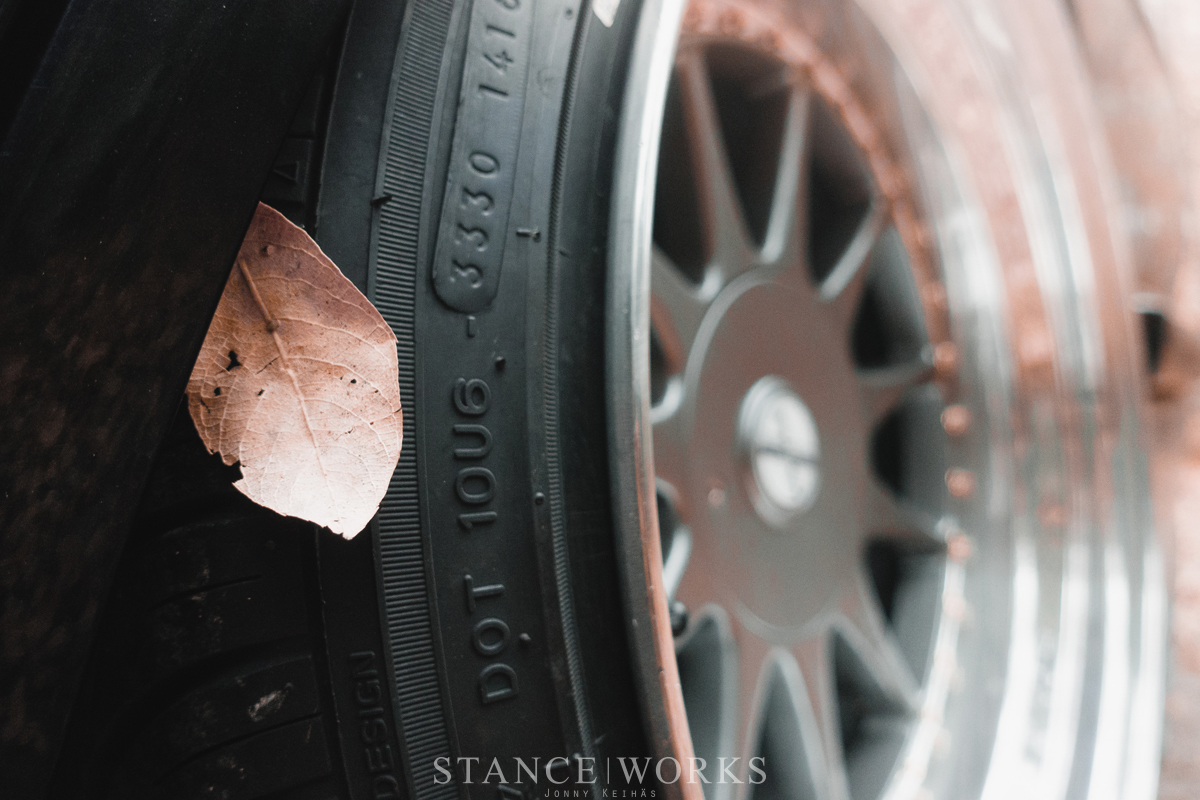 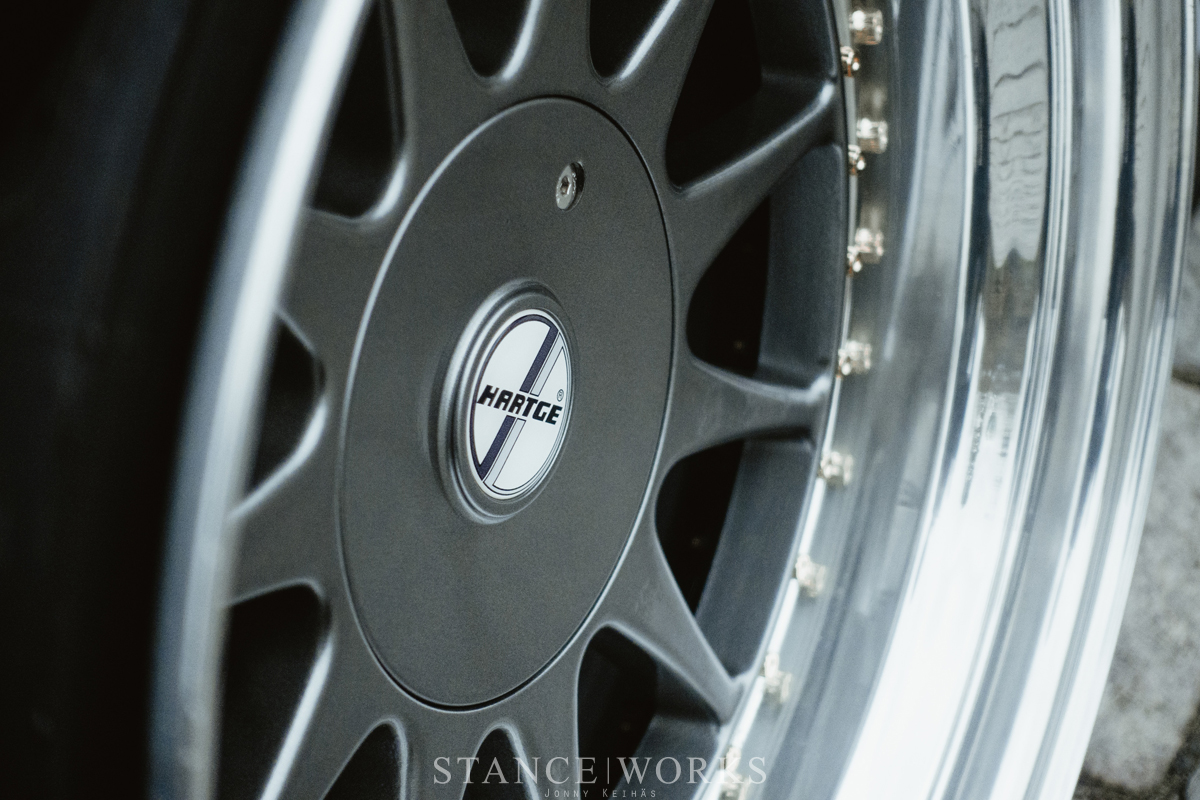 The car is hunkered down over a set of classic Hartge Type Cs, measuring out to 17x9 et6 in the front and 17x10.5 et11 in the rear. Nankang NS-2s wrap the wheels with a 215/40 and 235/40, respectively. Lastly, the car is fitted with a complete, period-correct Pfeba body kit, capping off a build that looks as good as I'm sure it drives. Small touches here and there ice the cake, and highlight the work Alex has undergone to bring this incredibly unique car back to the road. As one of only a few, and the second we've been fortunate enough to feature here on StanceWorks, we'll be even more keen to keep our eyes open for another to surface and go on sale. In the mean time, we'll just have to enjoy Alex's work. Well done. 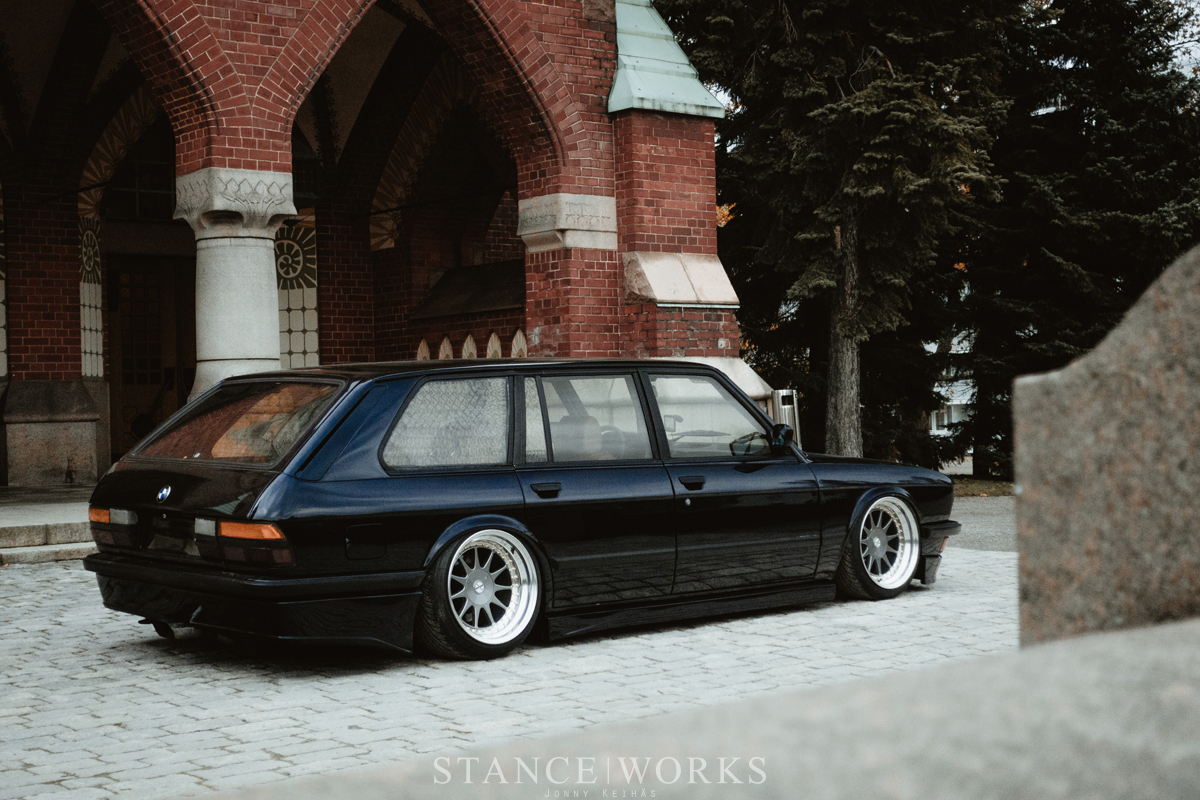