It was a few weeks ago that photographer and friend of StanceWorks, Eric Dowd, reached out with the latest of his work to share with us. Presented with some fantastic photos of a rather nice, simple E30, we were eager to share ourselves. Ethan James has put together an E30 with a tried and true recipe, executed with taste and refinement. Big-bumpered early US cars are often looked at as the "worst of the lot" in comparison to their plastic-bumpered and euro-bumpered counterparts. In truth, we get it, but it's with that truth that we're excited to see yet another example executed so nicely. 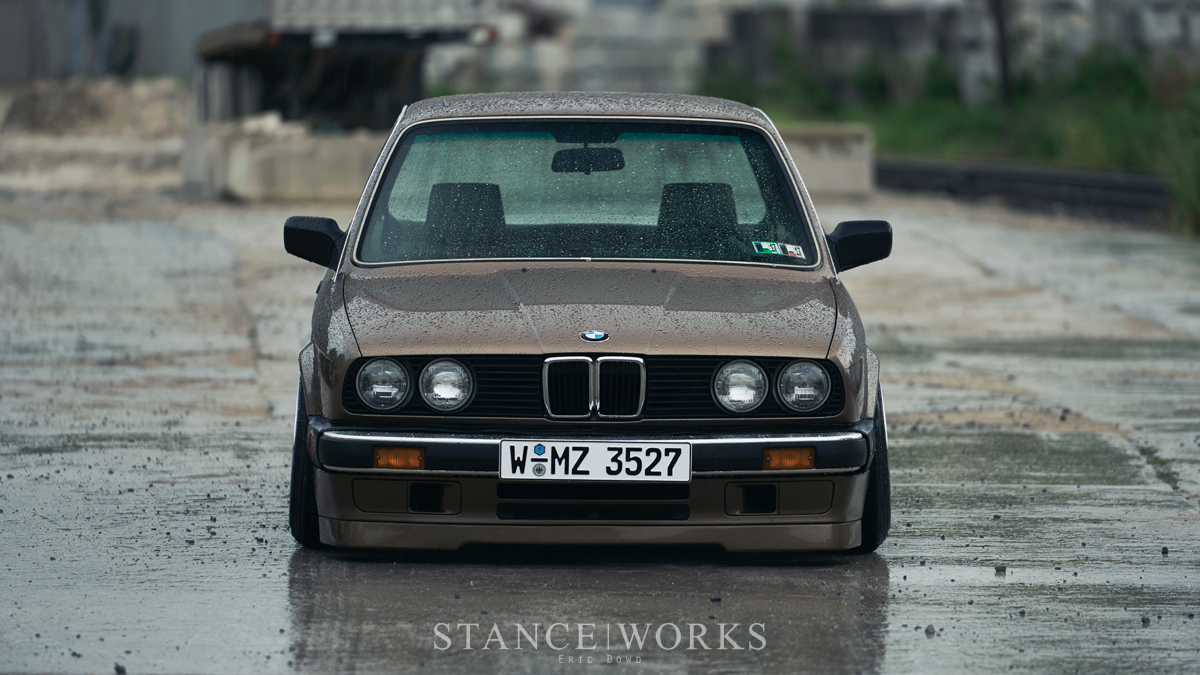 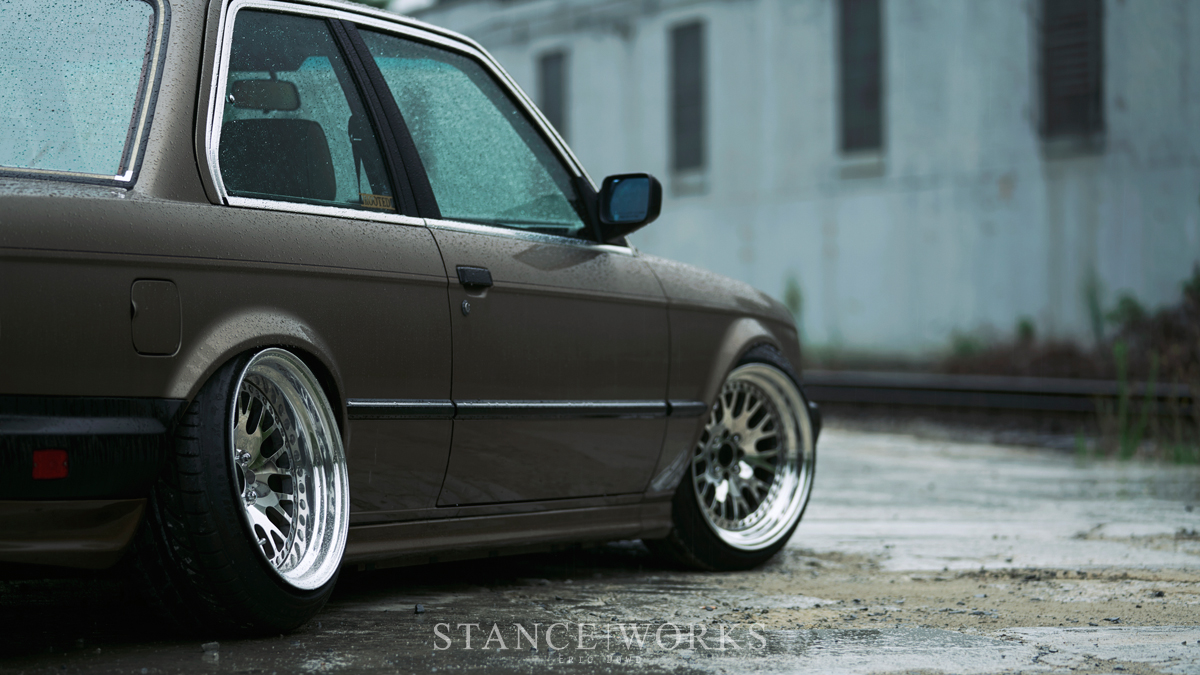 Bahama Beige is one of BMW's best colors of the era, if you ask me. As the "Stefan Urquelle" to the Steve Urkel-like Bronzit Beige we've all grown to loathe, its metallic brown hues are similar in family but wildly different to its much more popular counterpart. Pinstriping traces around the car's belt line, accentuating things with a simple touch. Perched atop a wet concrete pad and doused in raindrops, the color of the car shifts in the overcast light. 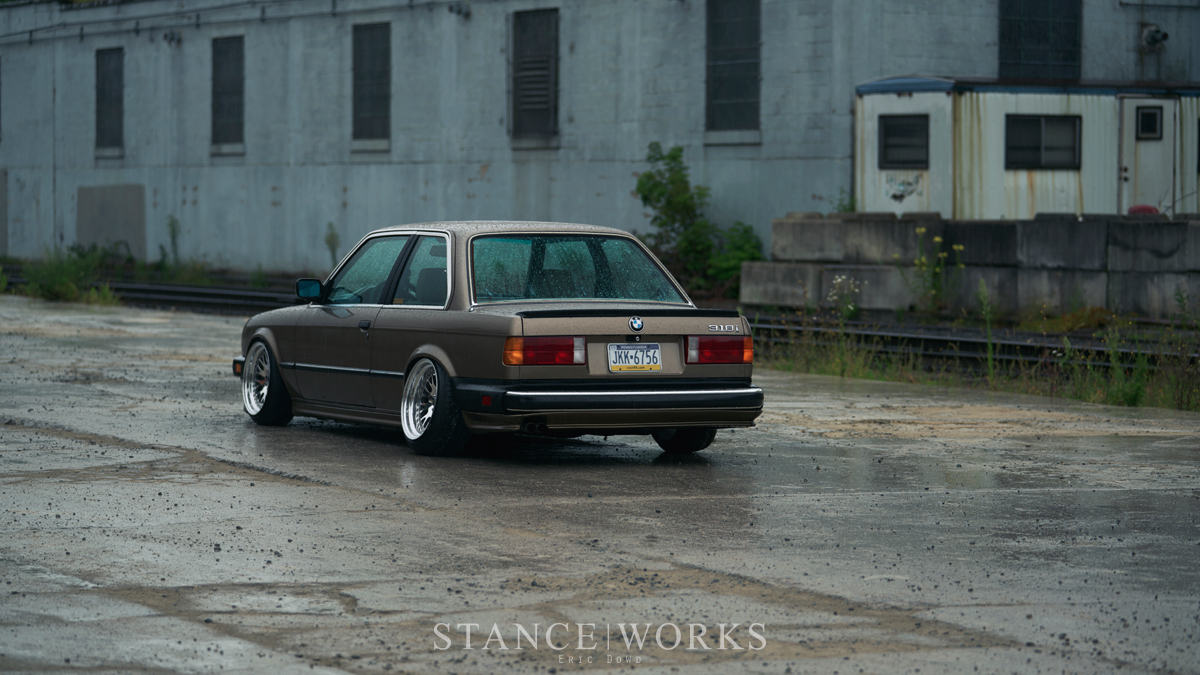 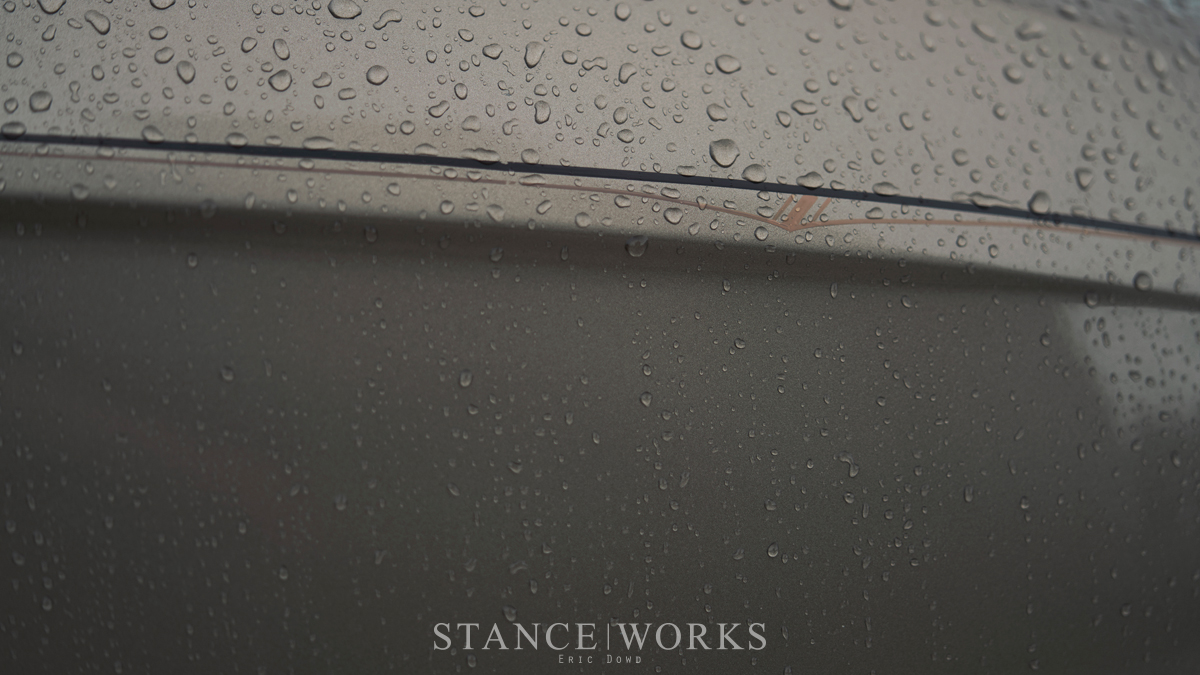 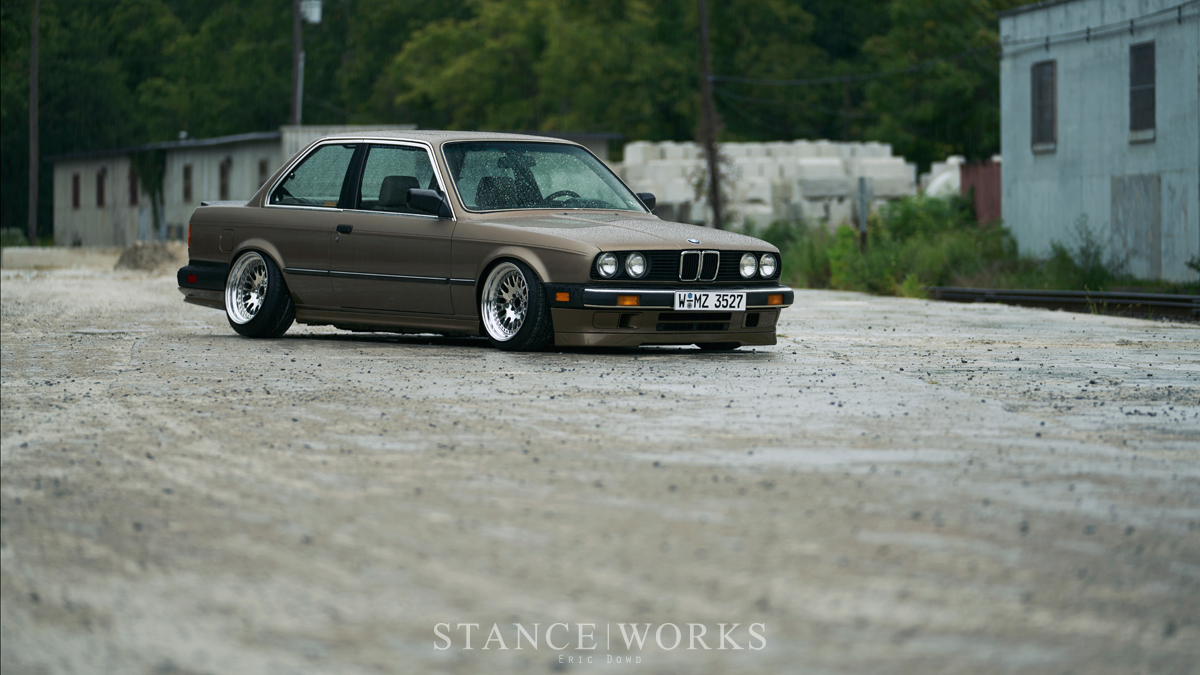 It's hard to go wrong with CCW classics, and Ethan proves it. With polished faces and lips, he embraces the Classic namesake in every sense. The wheels are clearly pushed to their limit as well, clearing only as much as needed, given the impressively low ride height on Broadway Static coilovers. 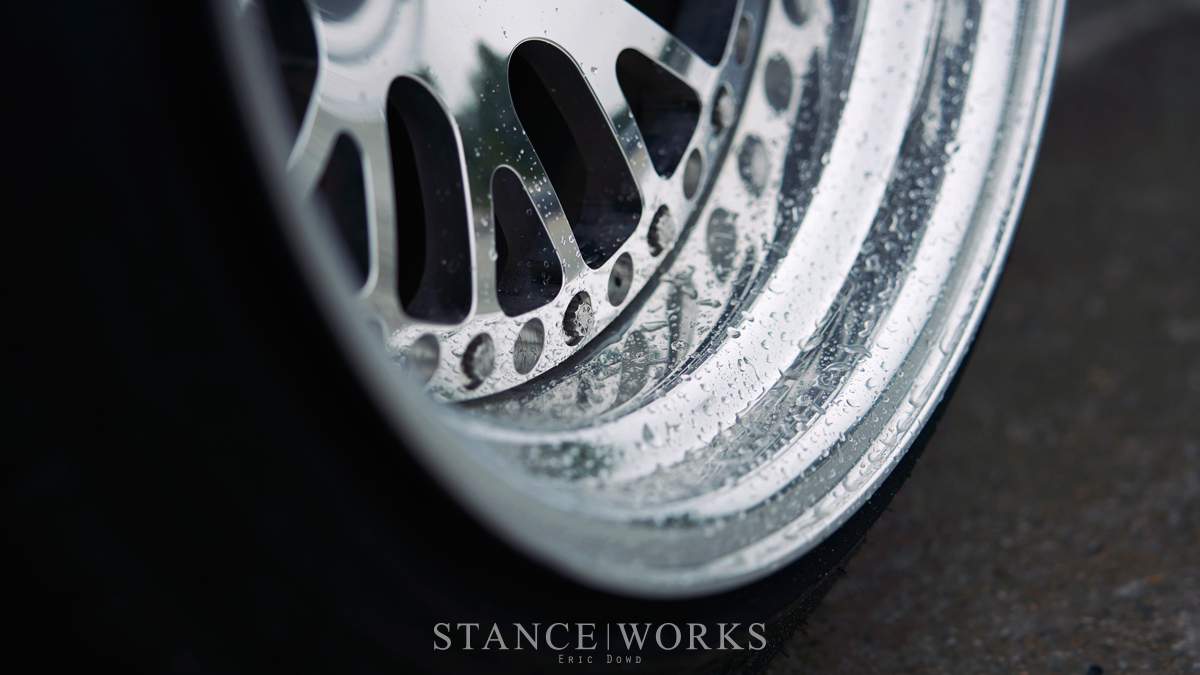 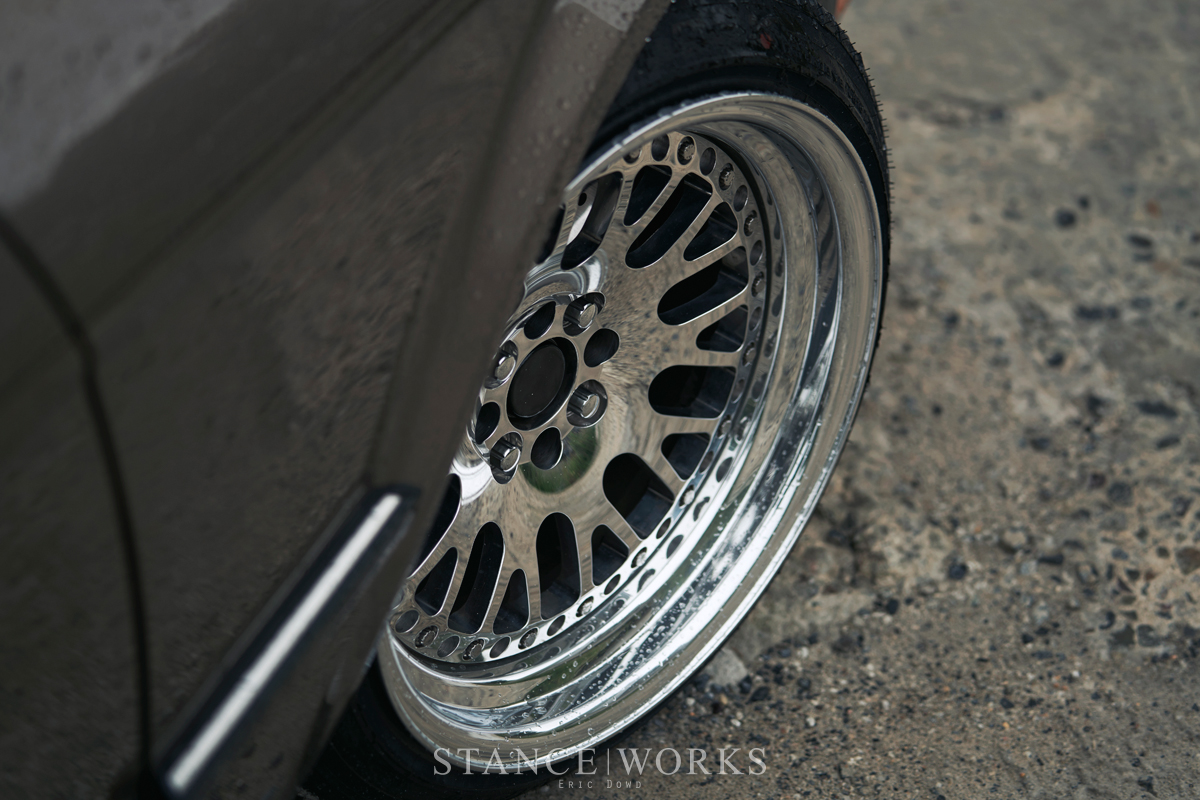 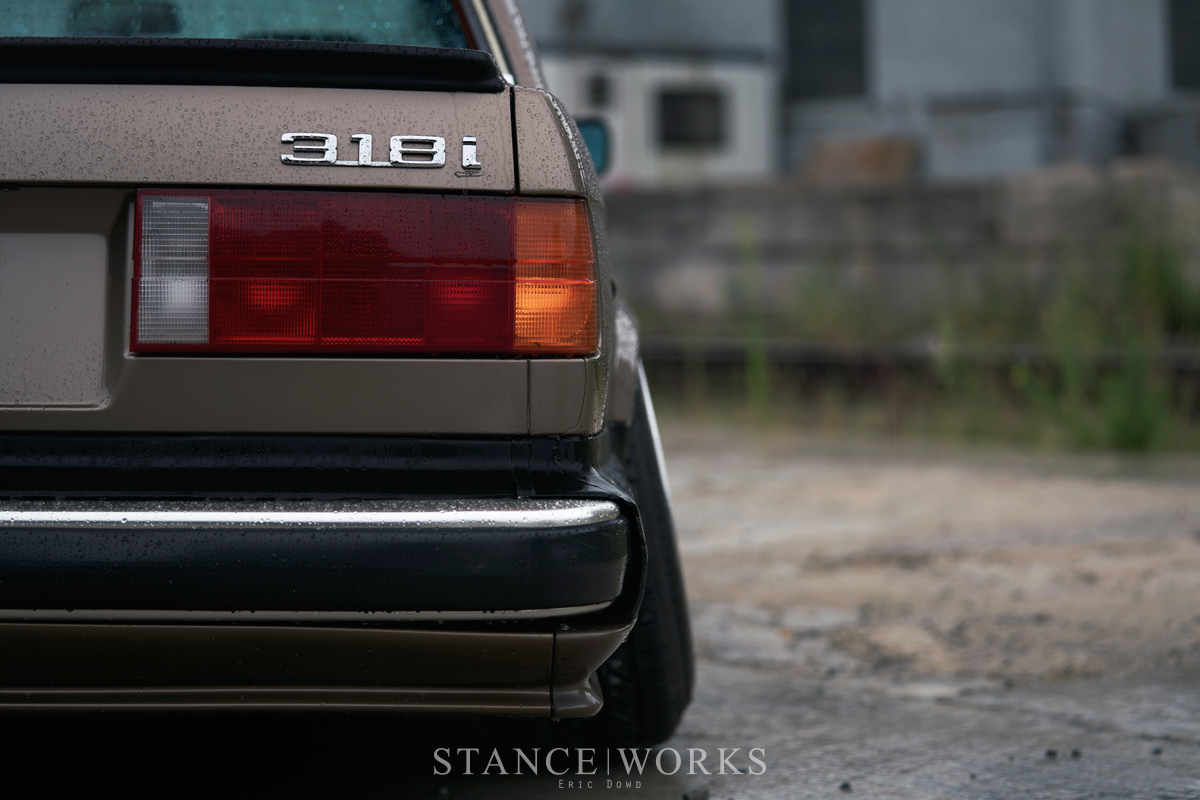 Ethan James and Eric Dowd have brought forth a taste of everything StanceWorks loves: cool cars, good photography, a mix of the two, and best of all, car community camaraderie. So, readers, you should do the same. Send us your work, in steel or in print. 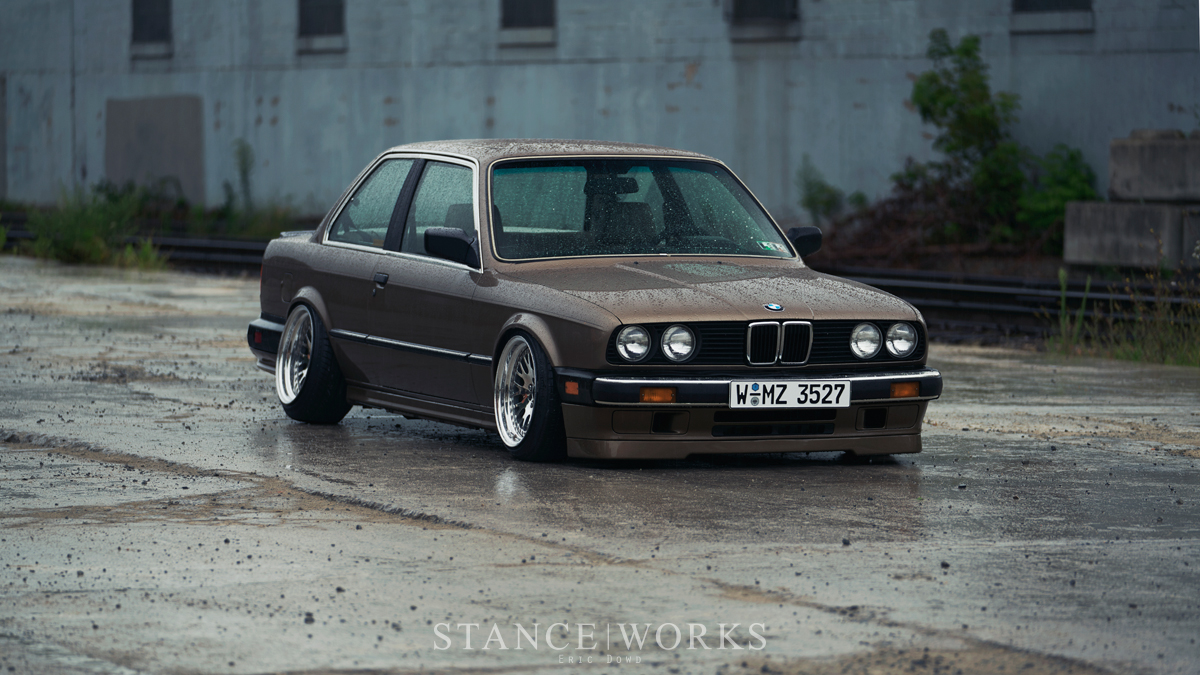 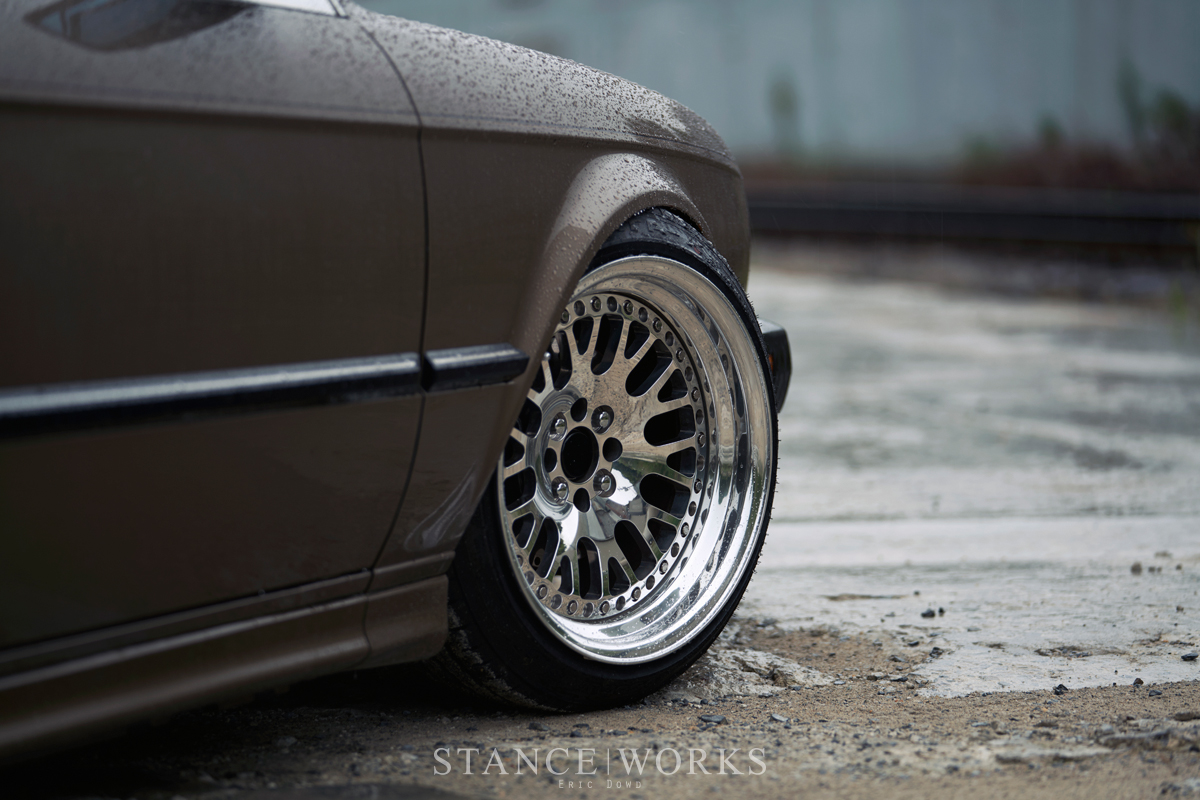