To put it simply, there aren't a lot of cars that make me smile. By looking at them, I mean. Sure, time spent behind the wheel, with the pedal down and the revs up will almost always lead to a release of endorphins, it's difficult for a car to evoke an emotion of happiness from its presence alone. A few cars manage to do it; the classic Morris Mini, with its pint-sized stature undeniably "cute" appearance, the inherent beaming smile of an Austin-Healy Sprite,  or even the uniquely novel Meyers Manx. Certain cars manage to ignite a sense of X, but large and by far, cars typically aim for something a bit more... serious. However, in the case of Todd Nakanishi's 2015 VW Golf Sportwagon TDI, I couldn't help but smile as the shutter clicked. 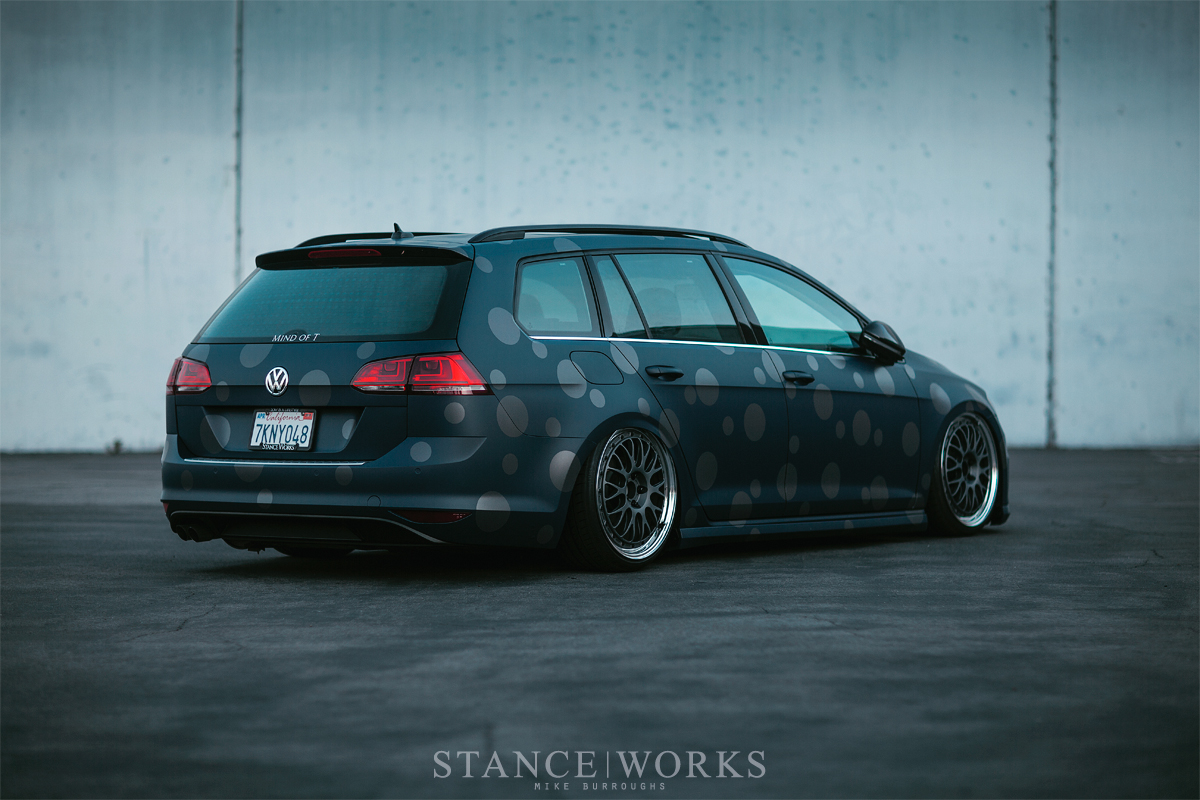 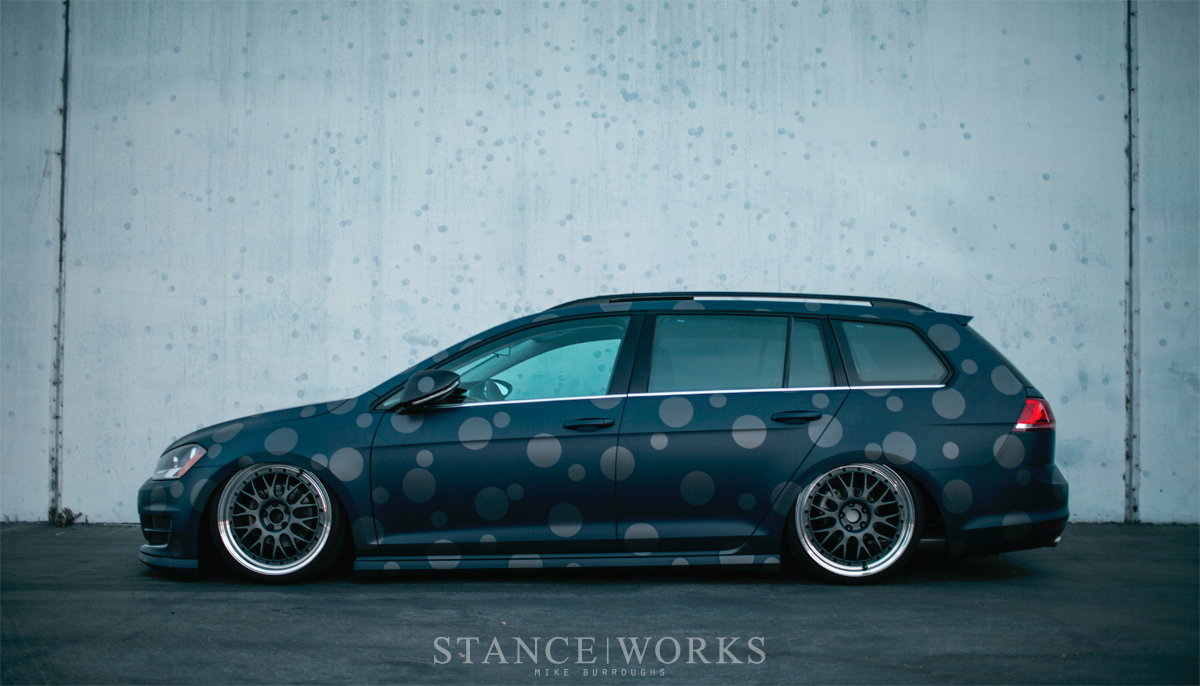 In a community that tends to take itself far too seriously far too often, Todd's TDI offers a welcomed break. And as for the elephant in the room, yes, it's covered in polka dots. Sorta. Not technically. as I write this, I have learned that for spots to be considered as polka dots, they must be evenly spaced and of the same size. But frankly, it's more fun to call them polka dots, so for the pedants out there, too bad. Todd's car is covered in polka dots, and I absolutely adore it. 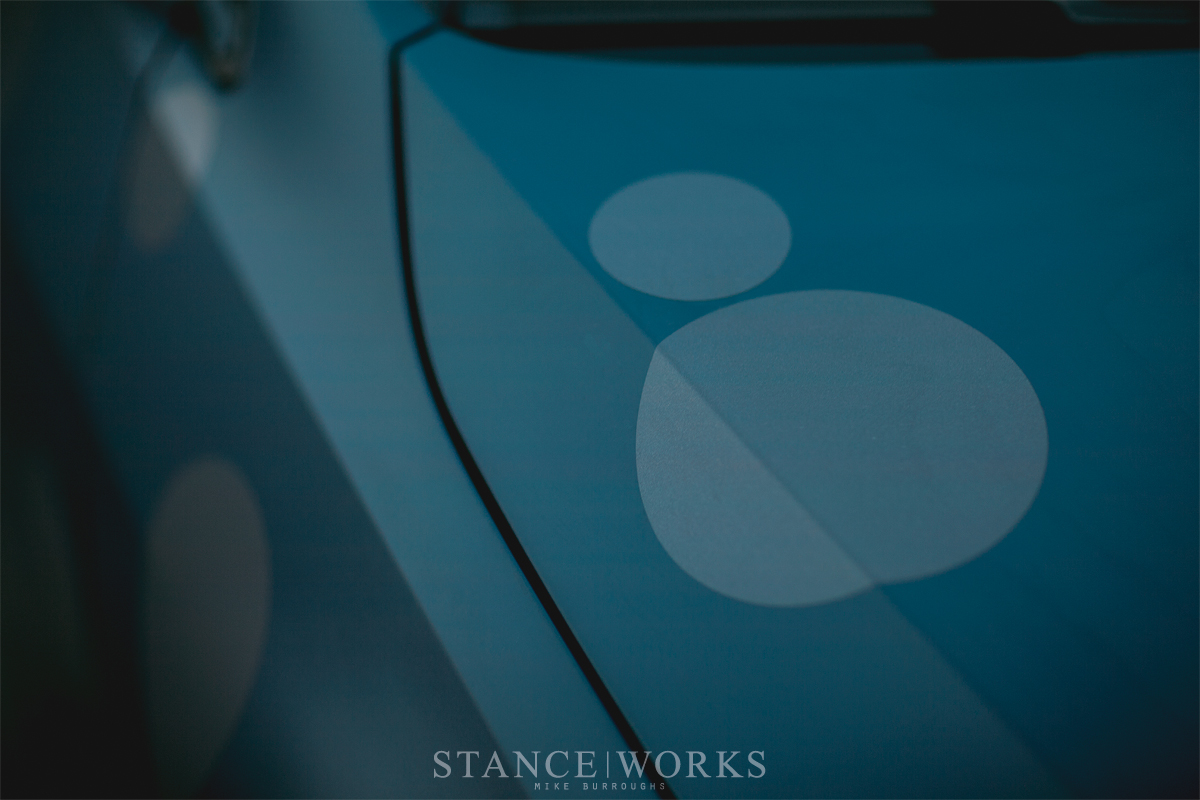 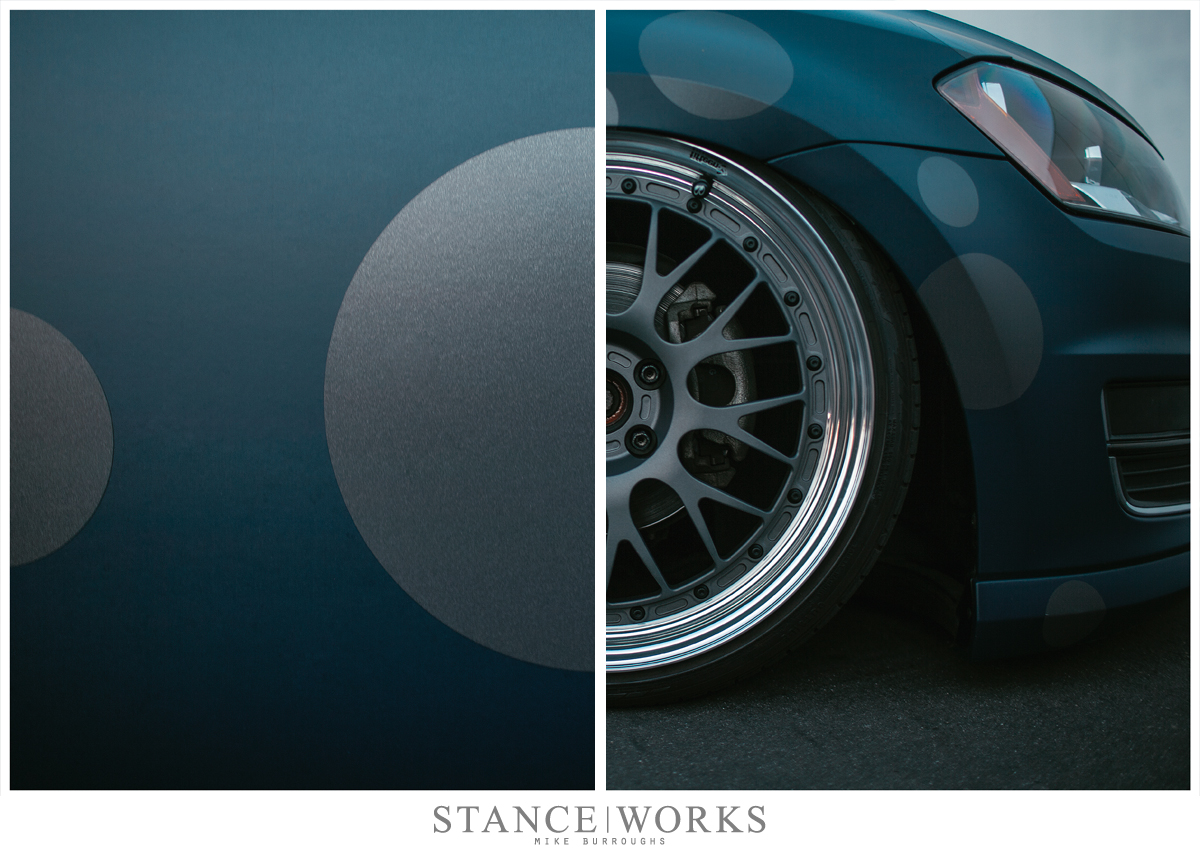 Todd admits that not everyone was fully supportive of the idea, initially. Even his own girlfriend, Tina, showed signs of trepidation when Todd pitched the concept, and Gino - the man who wrapped the car - found himself unable to place the spots, fearing he'd tarnish the admittedly impressive base wrap. Todd persisted though, and while there's guaranteed to be folks who find no fun in the fanciful dots, it's certainly not us. 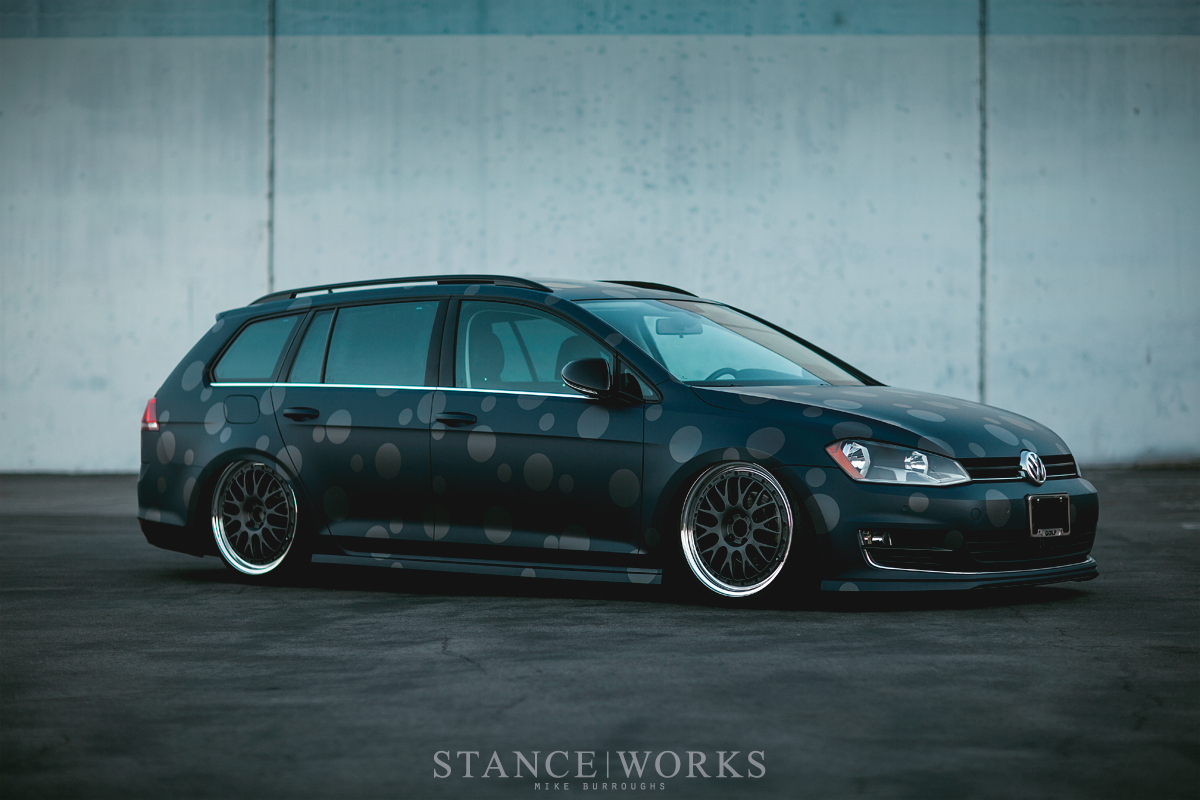 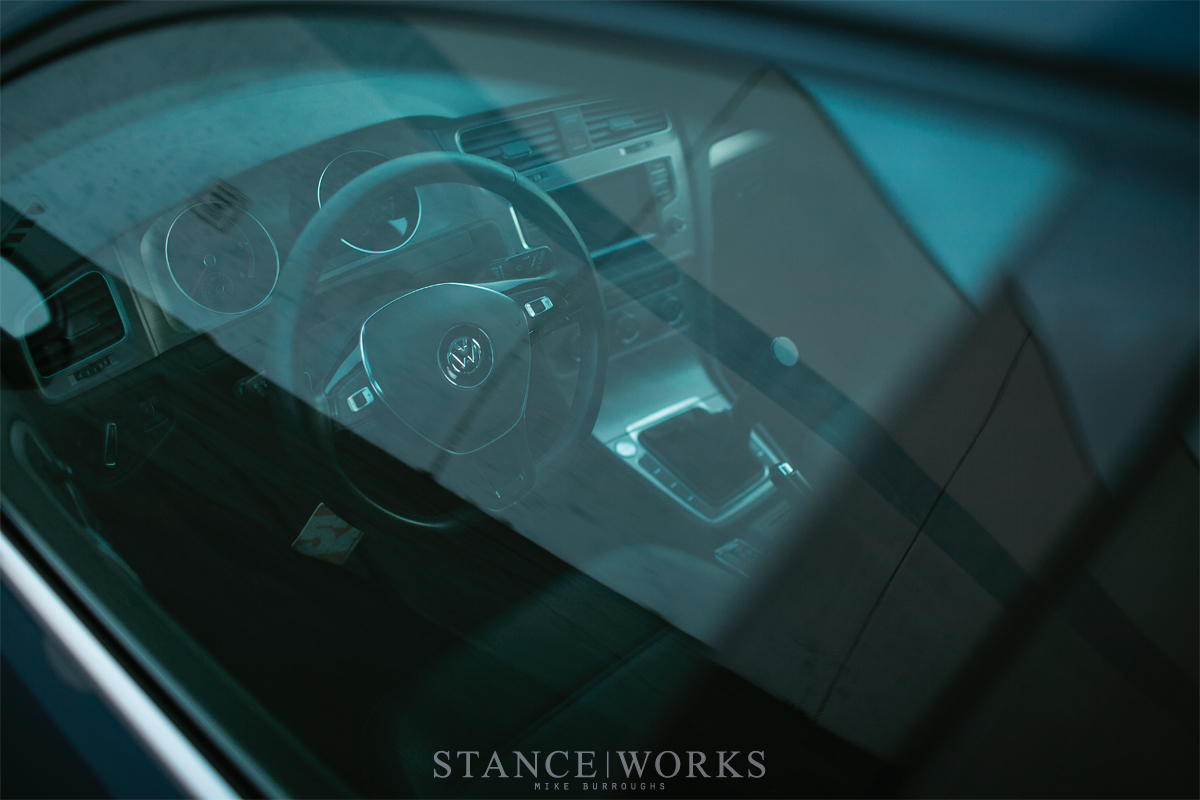 Aside from their lighthearted and silly nature, the dots do look rather nice, too. With a matte indigo base wrap thanks to Gino at Vaderwerks, and anthracite spotting applied by Todd himself, the car sports a colorway that's subdued, contrasting wonderfully with the otherwise upbeat and pleasant polka dotted theme, creating an overall aesthetic that's somehow finds itself on both sides of tame and wild, simultaneously. A Votex front valence and side skirts add a bit of spirit to the car's presence, and a rear wiper delete atop some OEM trim bits helps to smooth things out overall. 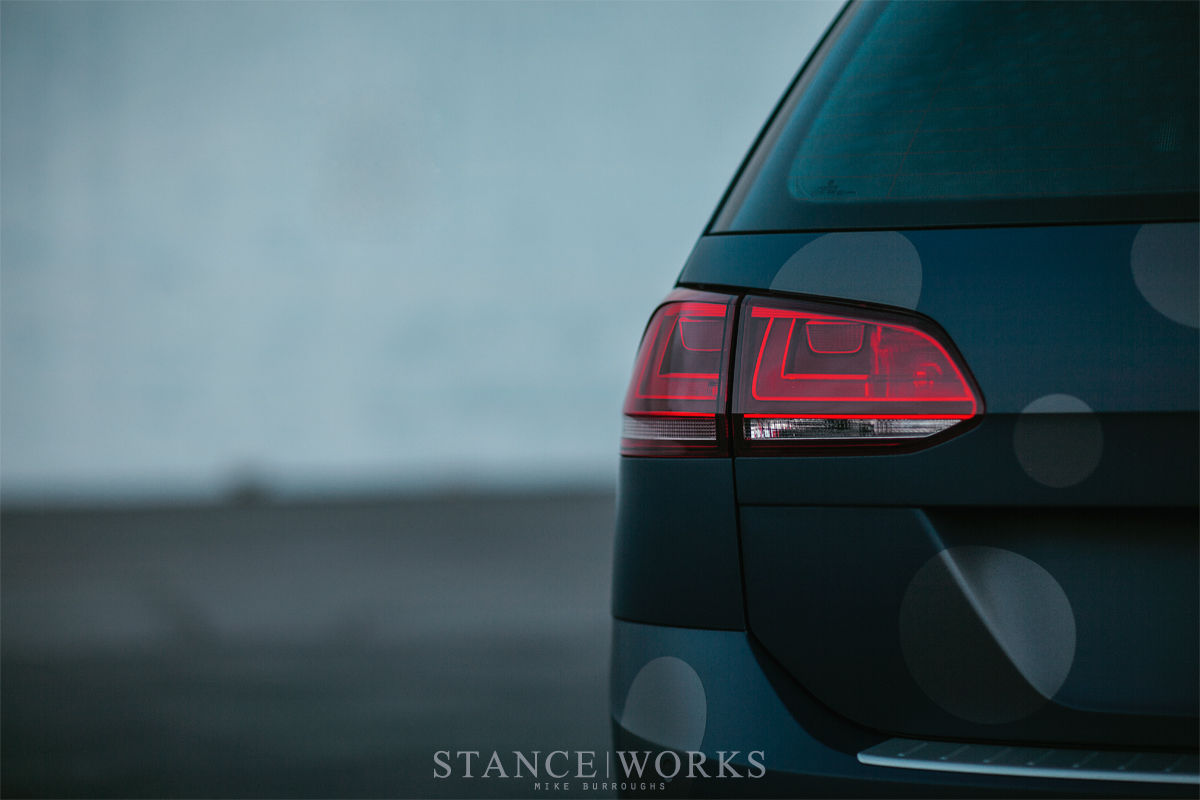 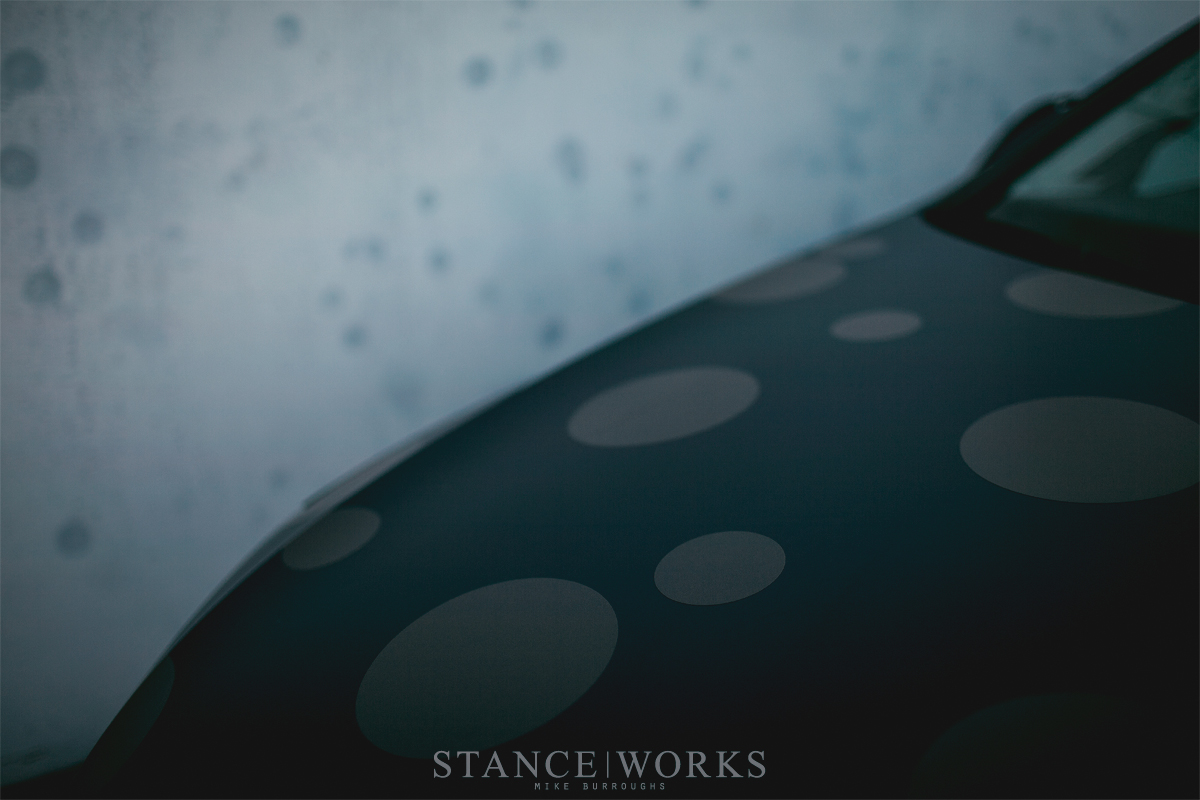 As is standard with Todd's builds, the Volkswagen lays just about flat on the ground, thanks to an Air Lift Performance suspension system. With hidden digital management, Todd retains the factory usability and aesthetics of the car's interior, save for a few minor changes, like a Rennstall shift knob. The ride quality is great too - and it needs to be. Believe it or not, Todd's the kind of guy to drive a polka-dotted car. Every day. His previous build - this wild Scion XB - goes to show that despite his quiet and shy nature, Todd has some serious style to express. 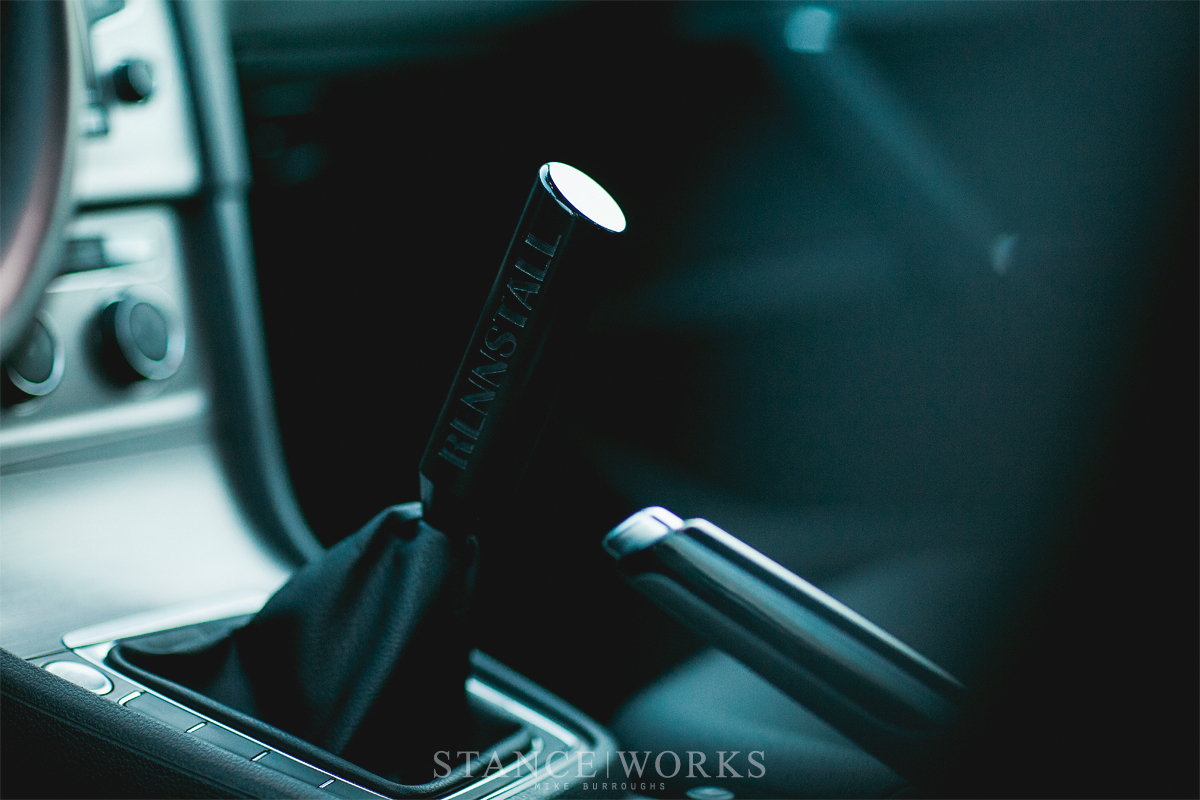 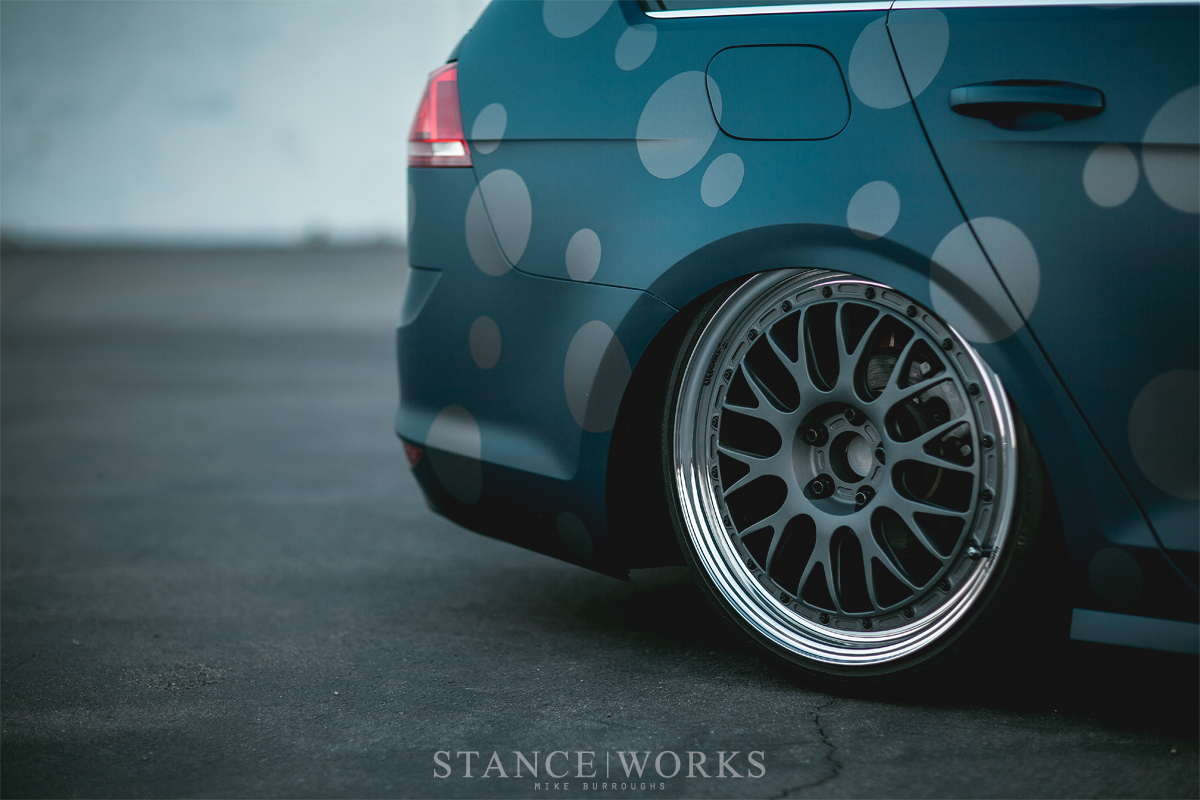 Under the car's arches is a set of Fifteen52 RSR Holeshots, which help to create the "whole package" that Todd has envisioned. Finished in Anthracite with an Ice Clear finish over the high-convex faces, the wheels match his dots rather well. And in 19x9, the wheels fill the wells spectacularly. 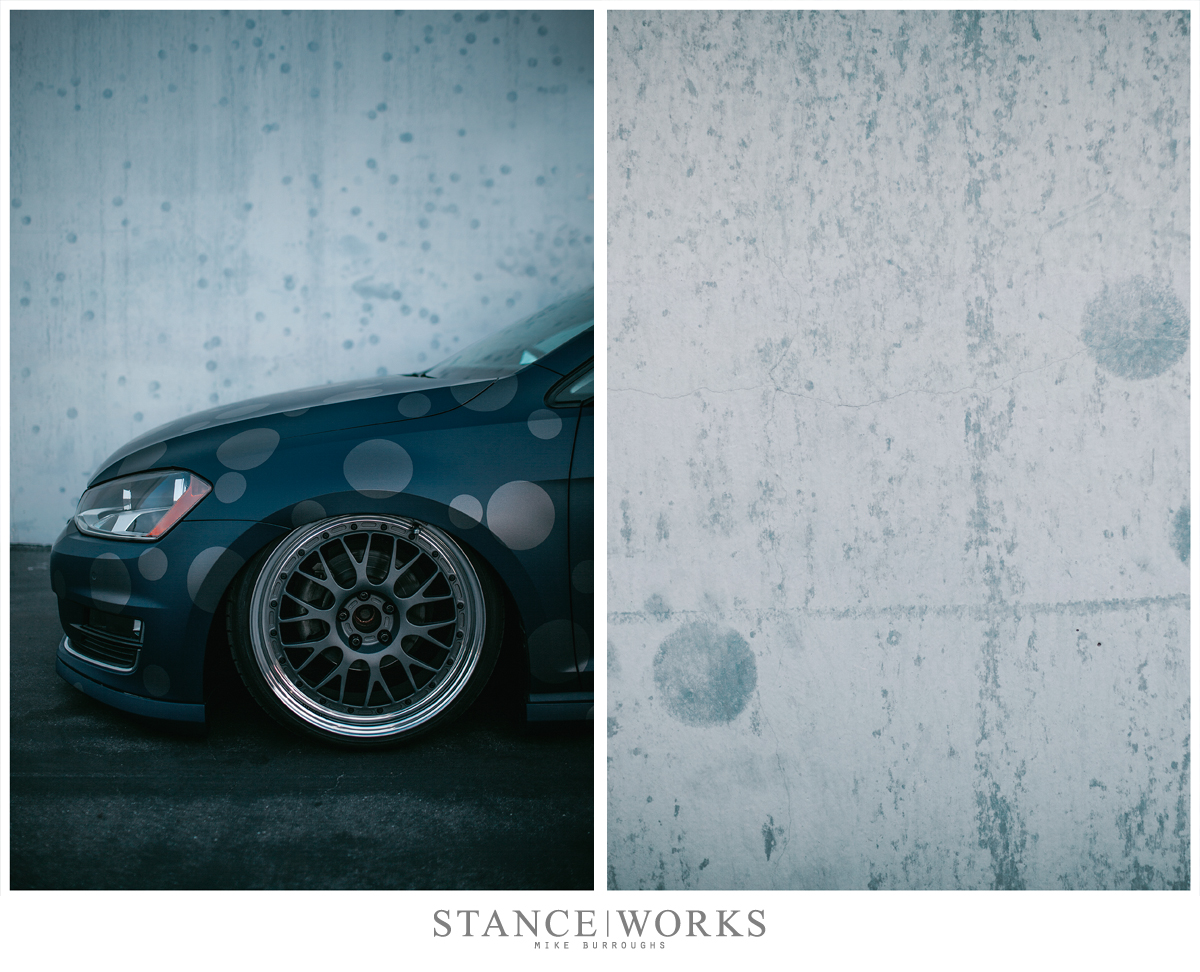 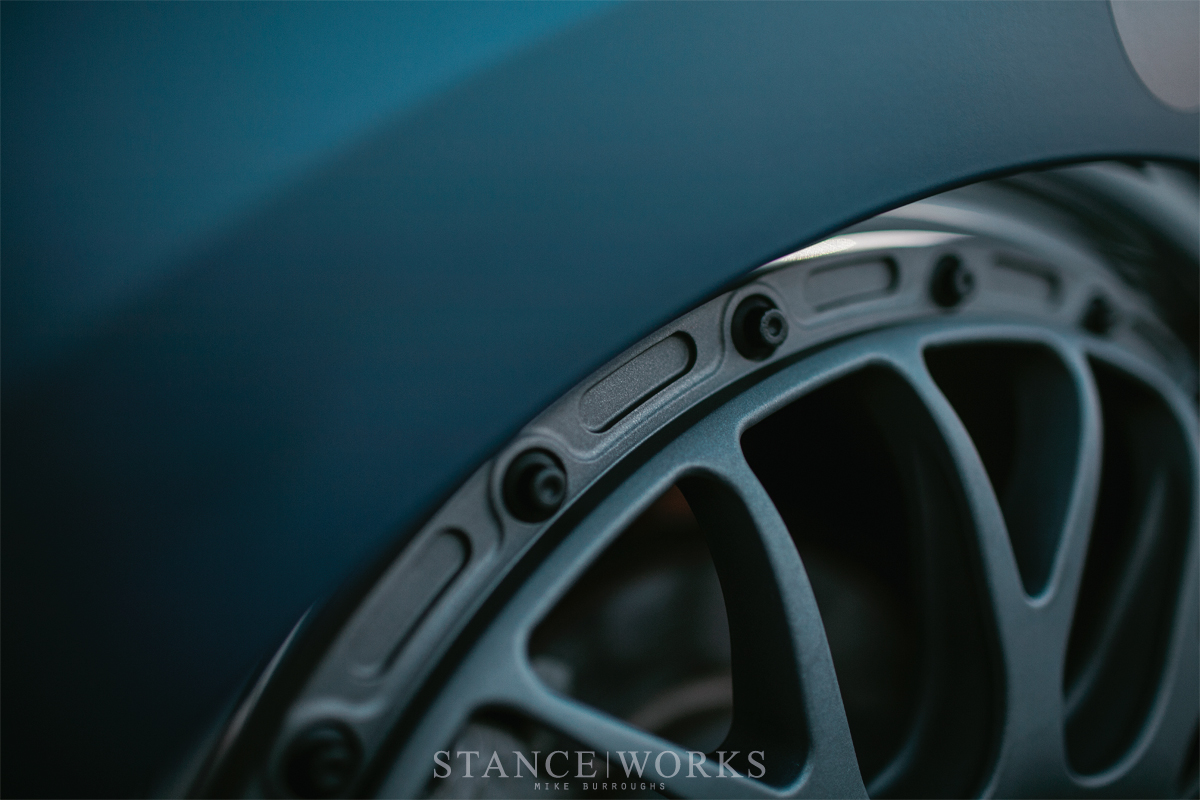 In all, Todd's car simply makes me smile. It's truly fun, in both spirit and execution, and refreshing in every sense. Truth be told, I will miss it, too. With VW's TDI buyback program, the polka-dotted wagon isn't long for this world. However, Todd assures me there's more to come, and the next one he hopes will be of the vintage variety. One thing is certain though: we're bound to love it, and can't wait to see what Todd does next. 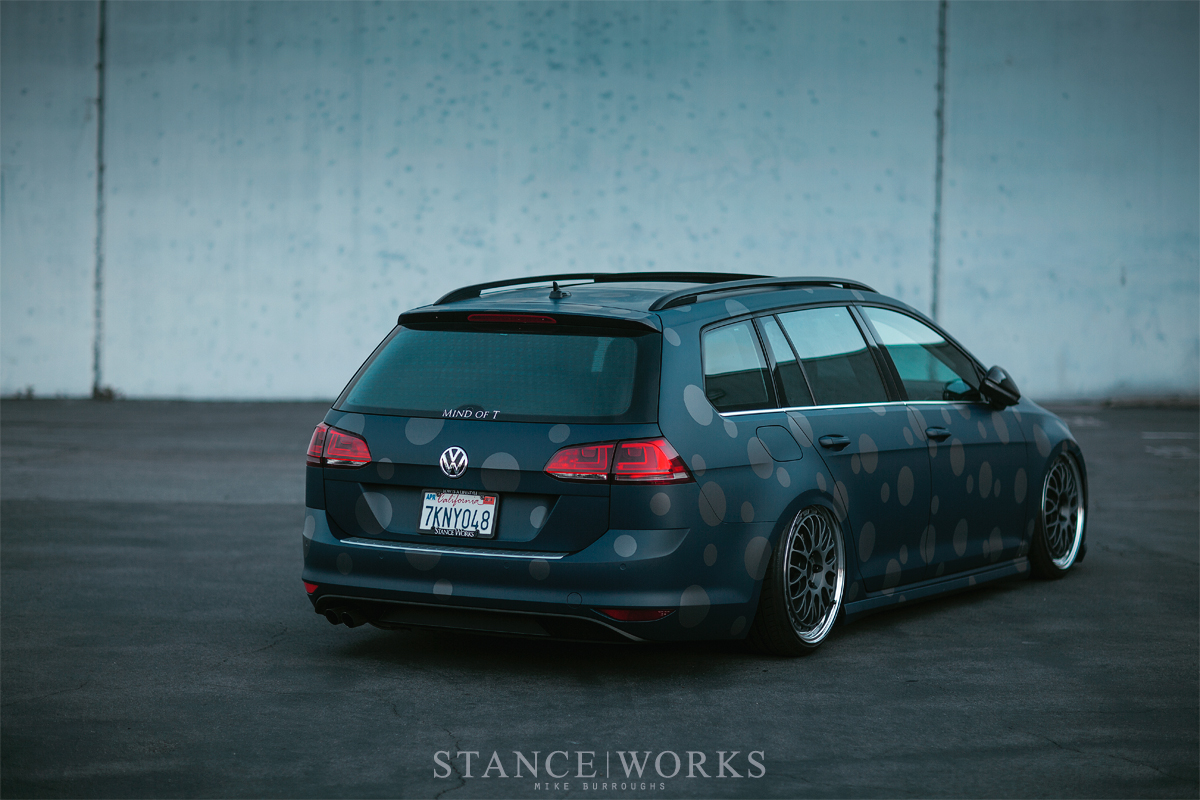 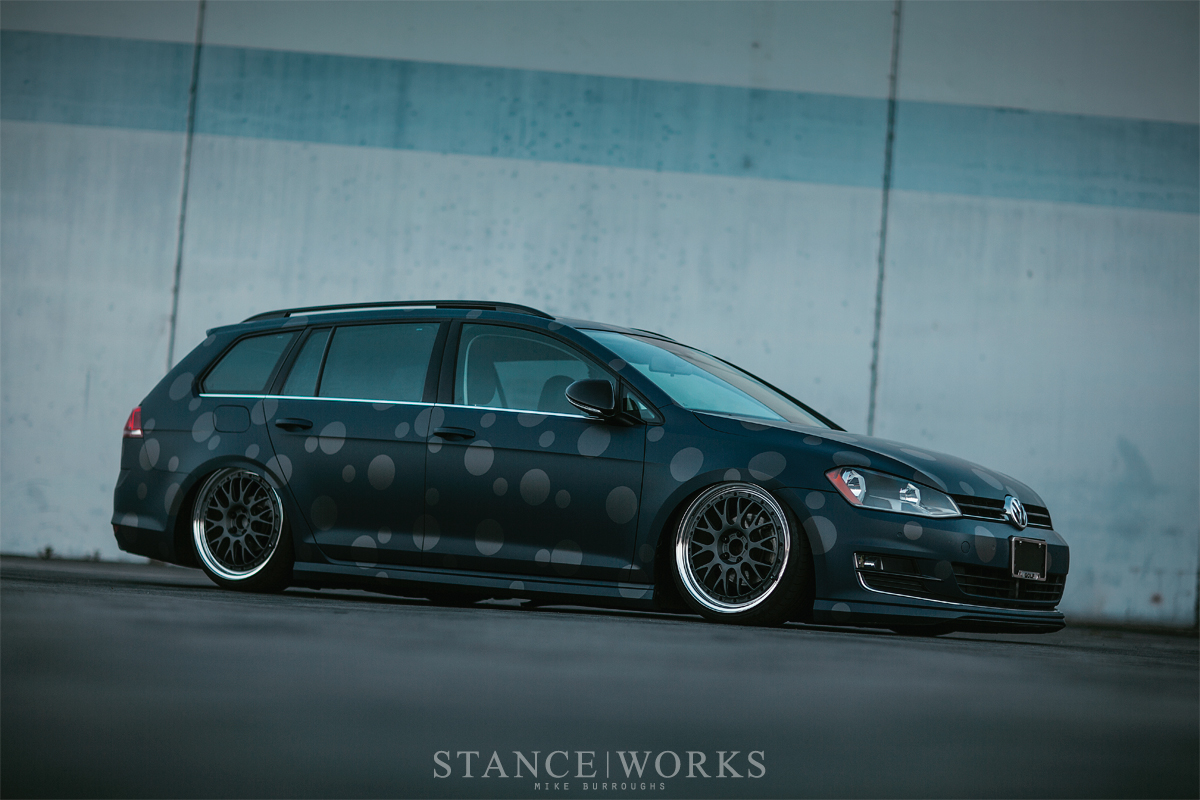