With each passing year, as of late, BMW brings forth a new "Hommage" design study, which blends the future of BMW's styling with its rich, well-defined past. Incredible examples, such as the 328 Hommage, the M1 Hommage, and of course, last year's CSL Hommage, help to define where BMW is heading in the future, while recognizing and paying due tribute to the cars that established the brand. Earlier this year, we were graced with the 2002 Hommage, a concept that praises the iconic 2002 on its 50th anniversary. Over the weekend, the 2002 Hommage was re-released, this time in a new guise, and if we weren't sold on the coupe's styling prior, we're definitely on board now. 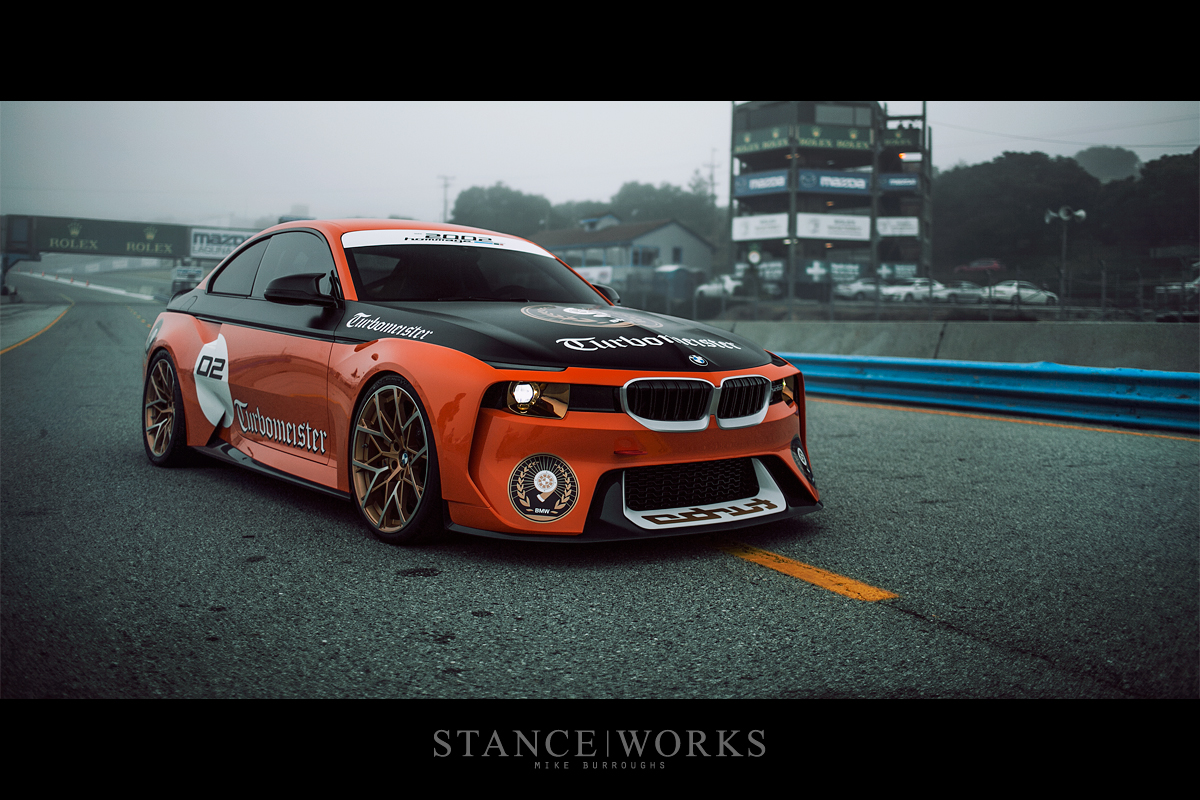 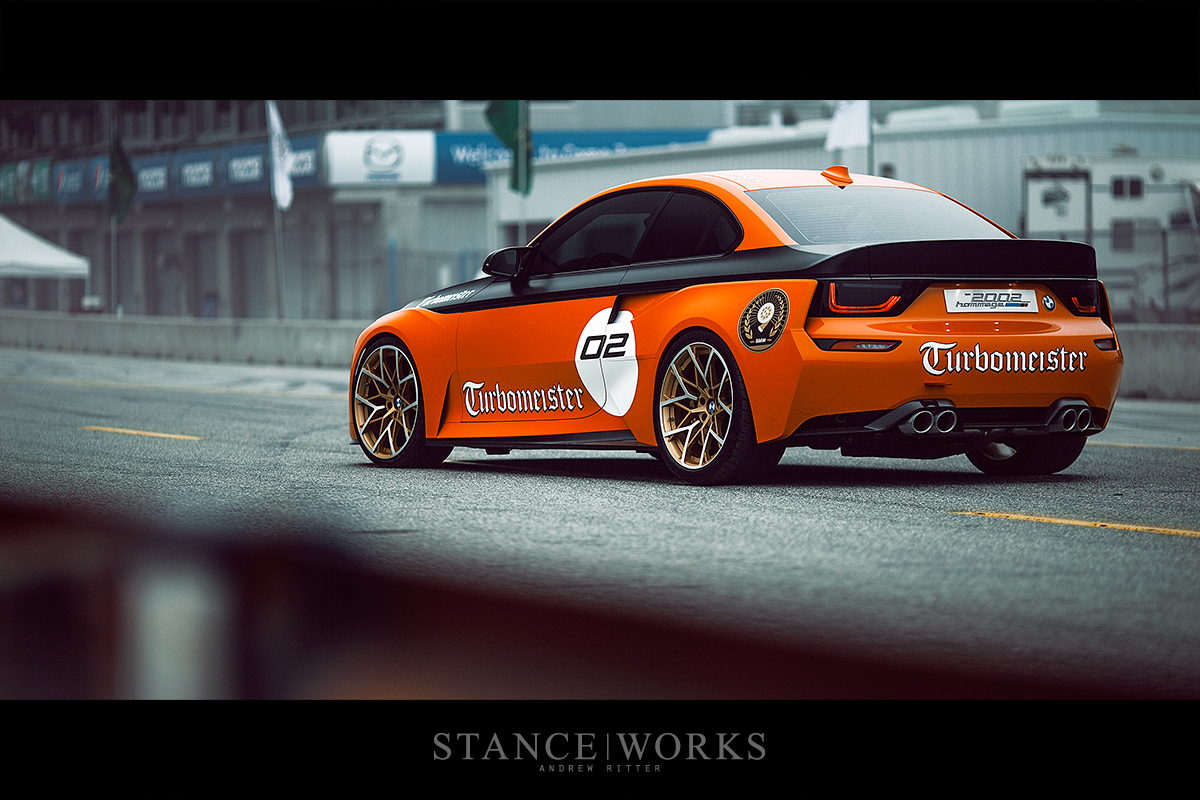 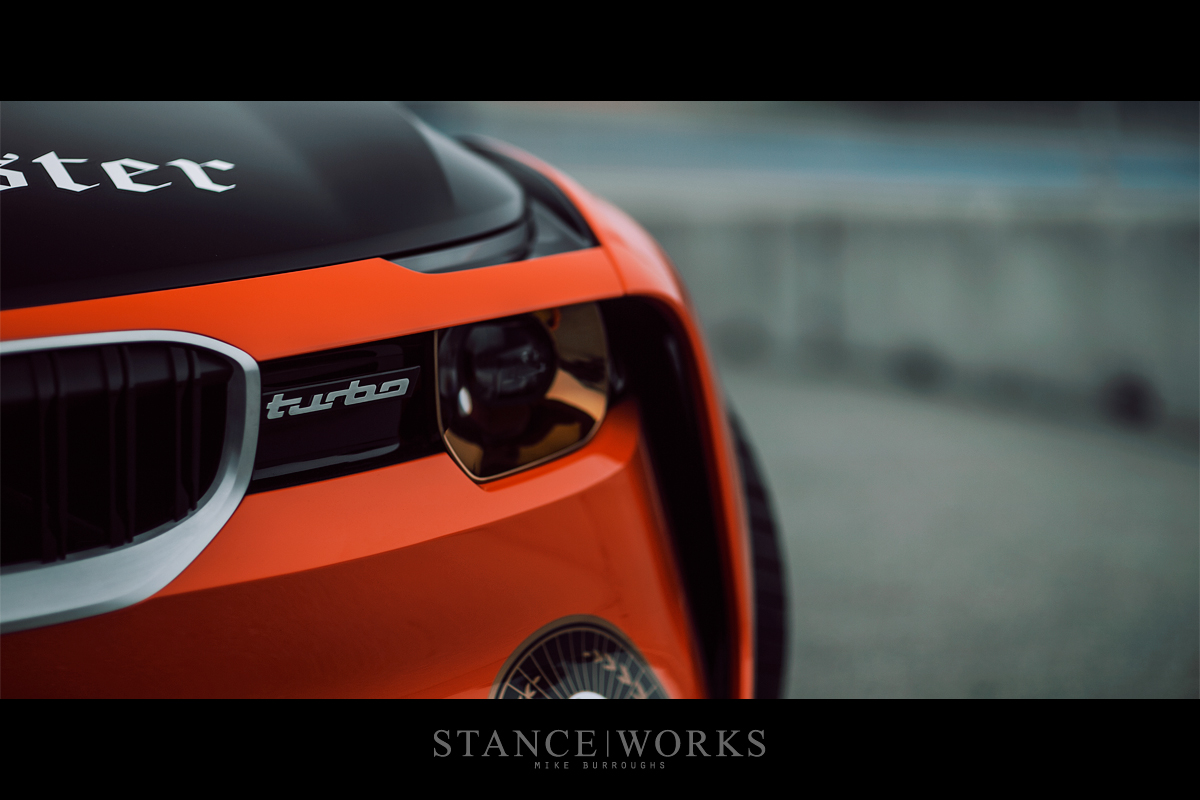 Press photos of the 2002 Hommage "Turbomeister" made their way around the web late last week, and understandably so... Cladding the aggressive coupe in a livery that gives a not-so-subtle nod to the famous Jagermeister colorway certainly livens the car up. Our first impression was true excitement; suddenly, the sweeping front bumper and the staunch fenders make complete sense. This is, in every way, the 2002 Turbo, reborn. 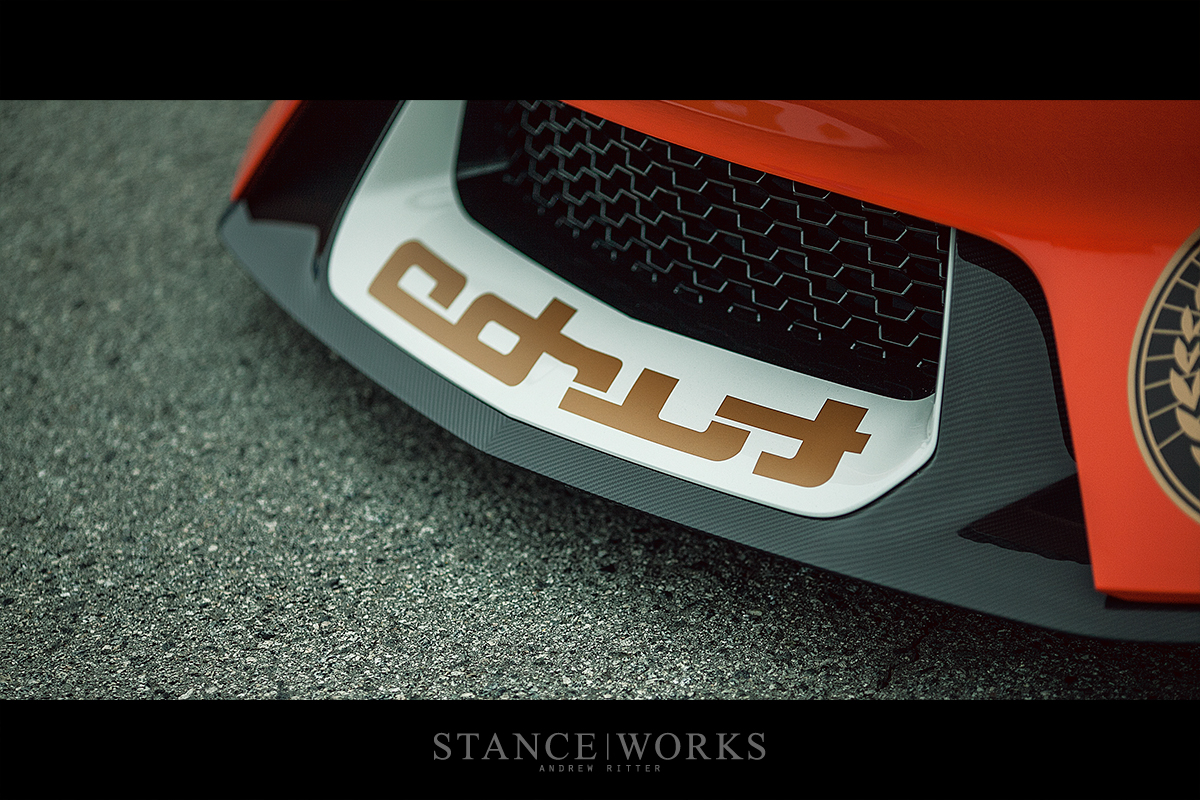 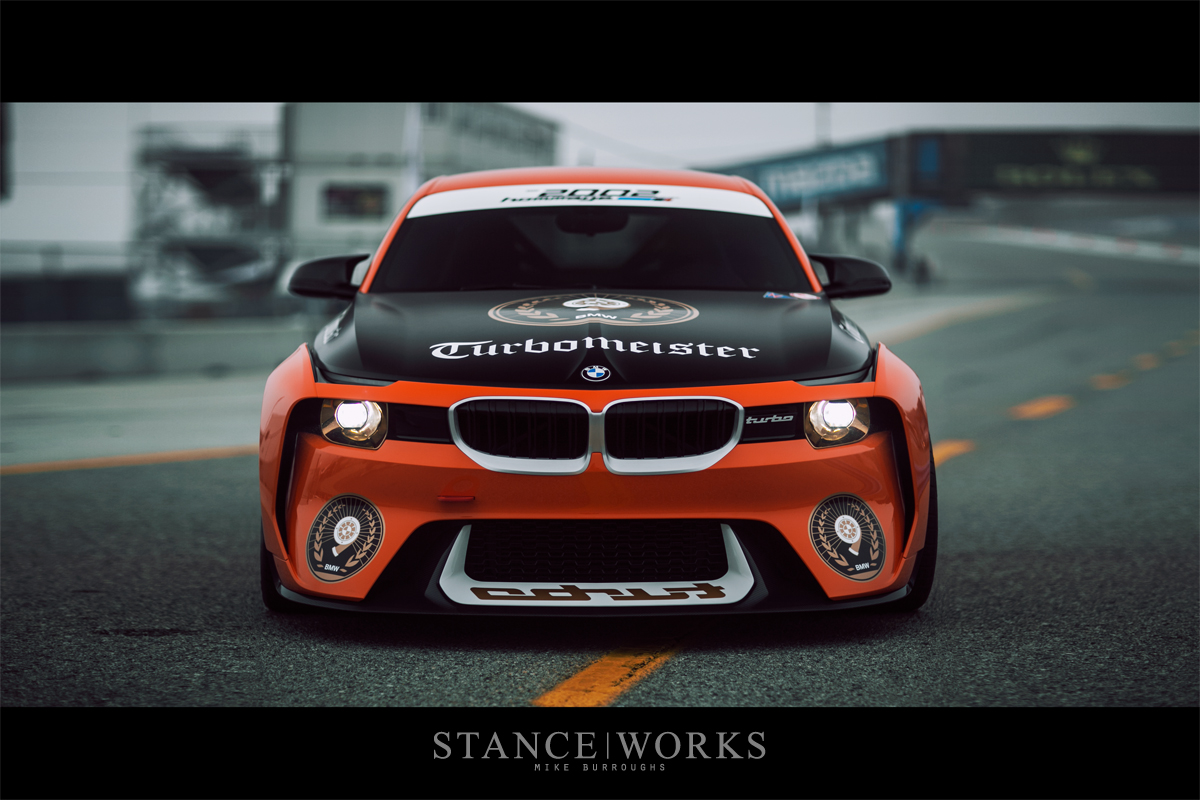 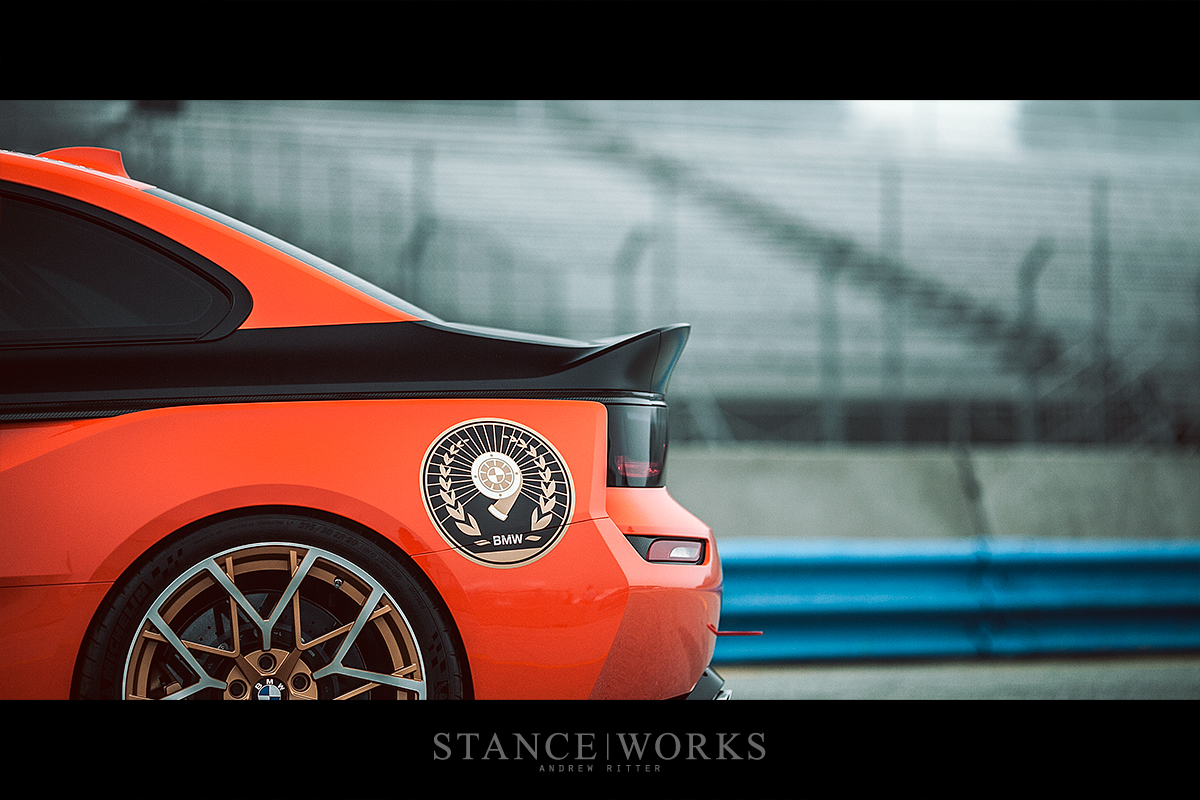 Early on Saturday morning, we pulled the Hommage concept onto the track at Laguna Seca - press photos always present a certain luster, but as photographers, there was little chance we'd give up an opportunity to point our cameras at the car and give things a go of our own. Set against a cloudy, overcast, damp and cold morning, the radically-sculpted lines were made real in contrast to the almost digital rendering-esque commercial photos we had seen in the past. In truth, the 2002 Hommage looked at home on the tarmac of the Mazda Raceway. 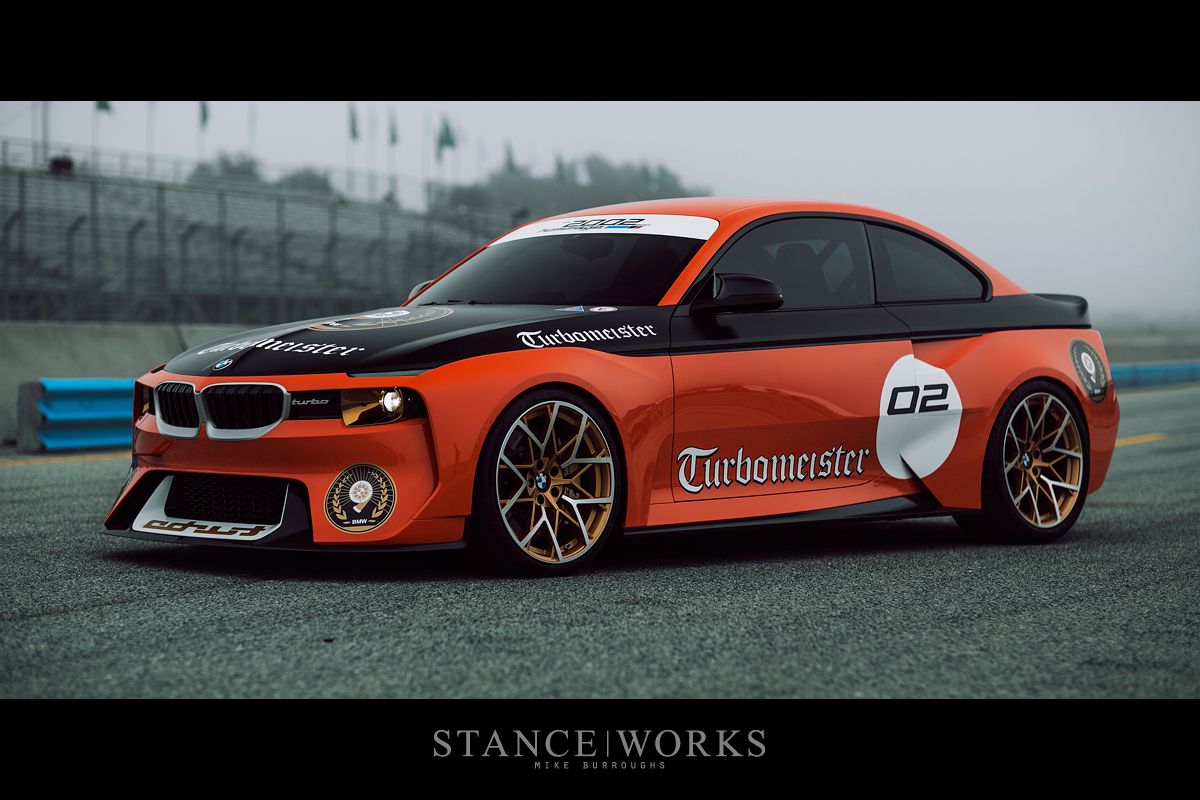 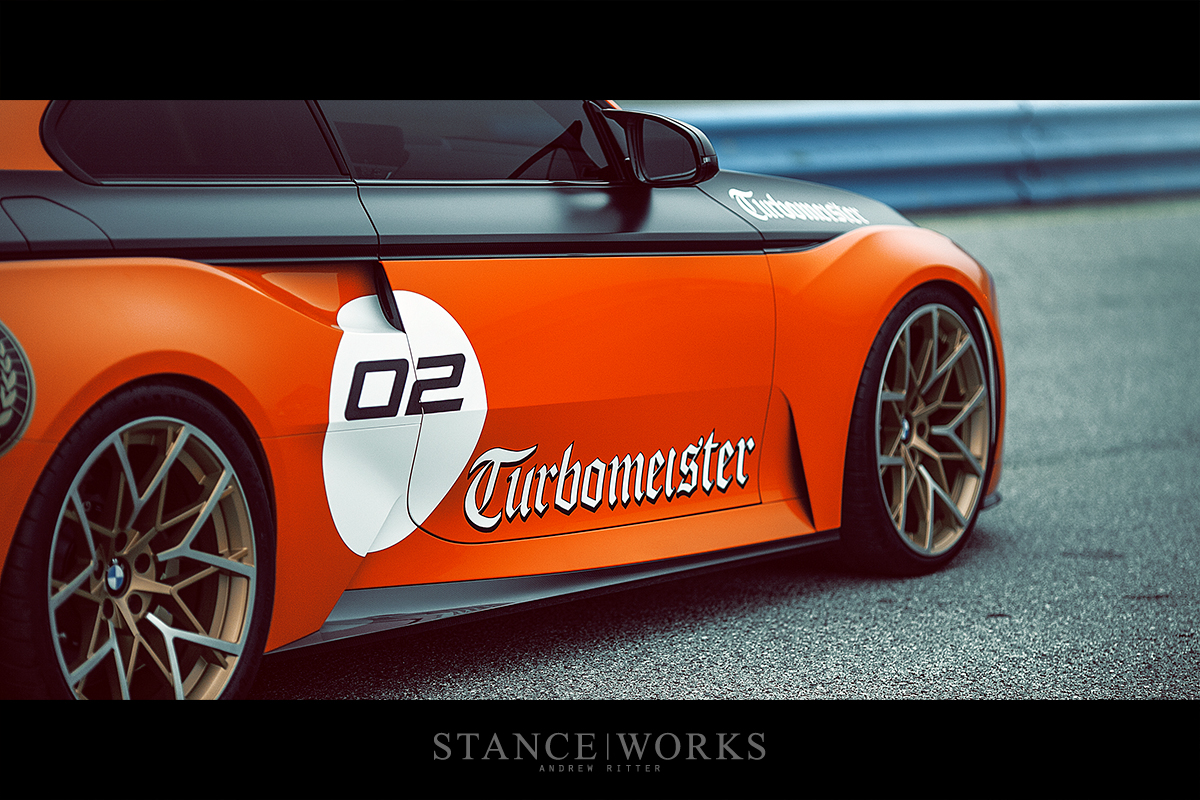 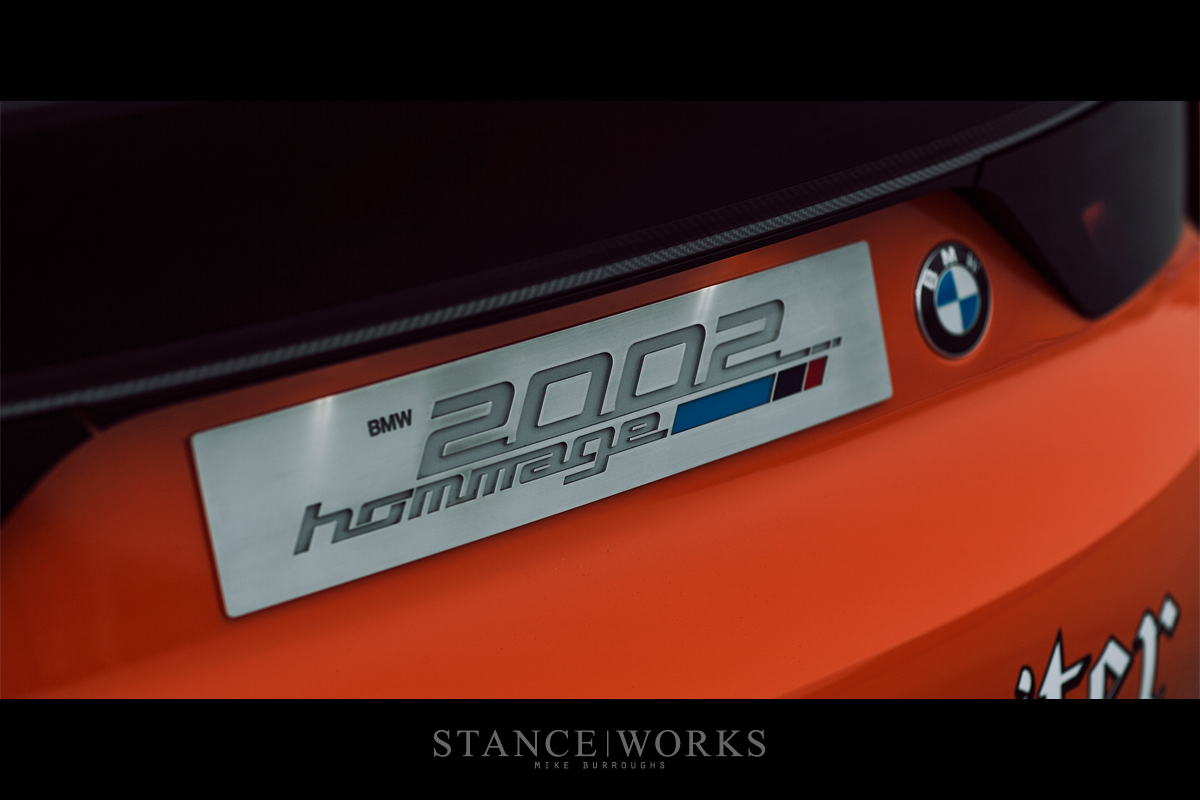 As we circled around the car in an otherwise empty and desolate setting, its details and hints of heritage began to shine. An unbroken carbon fibre belt line encircles the car, separating top from bottom in a design cue made famous by its classic 2002 brethren. Below the belt, the Hommage's arches envelop a rather large set of tires, needed to yield the turbocharged powerband. The width of the car is made a clear and decisive focal point, pulling direct inspiration from the original 2002 Turbo's bulky fender flares. The familiarity of the spearing hood lines are striking, and the single round headlights, connected to the kidneys by a solid black band, are an undeniable acknowledgement to the face that makes the E10 famous. 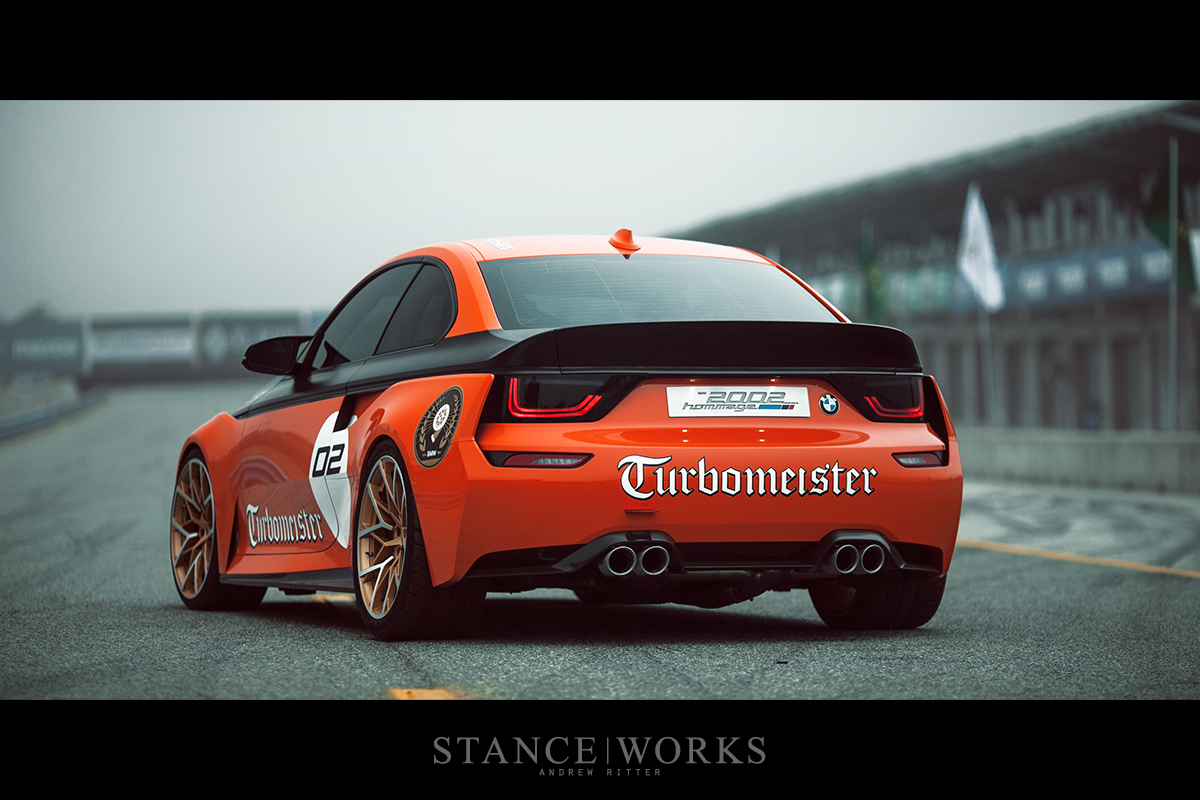 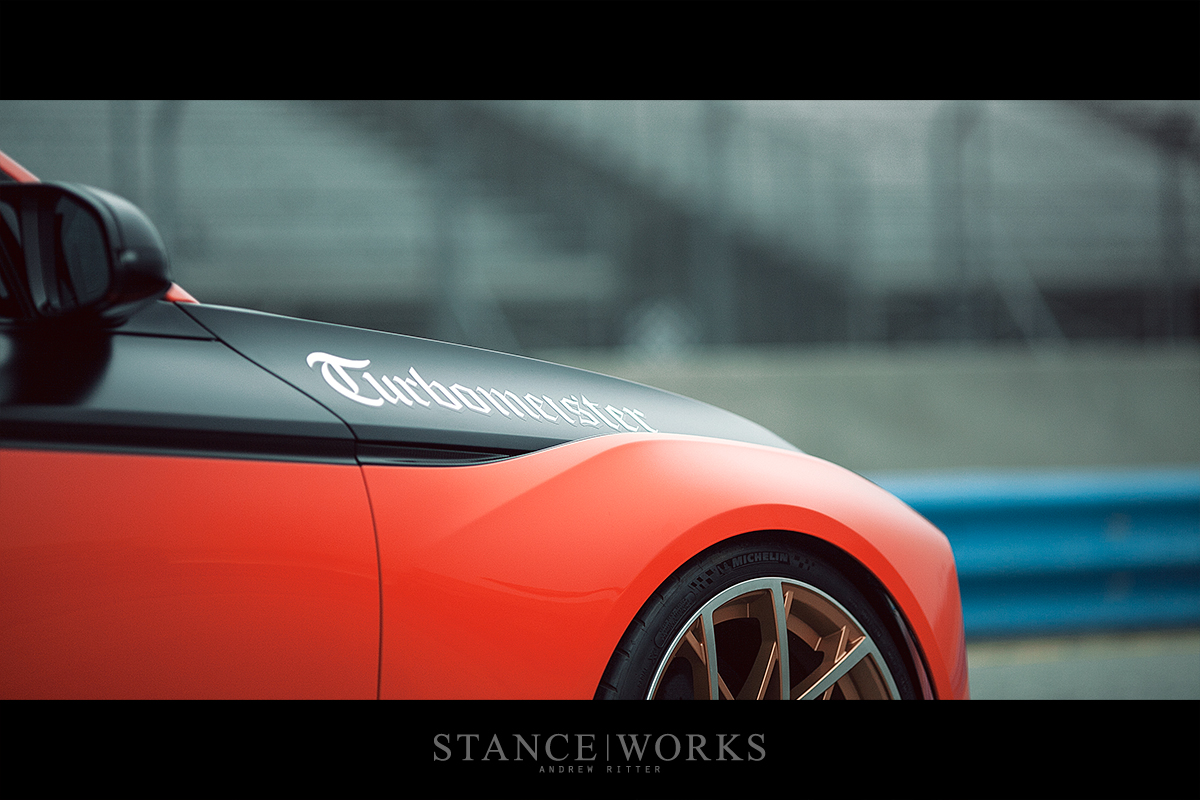 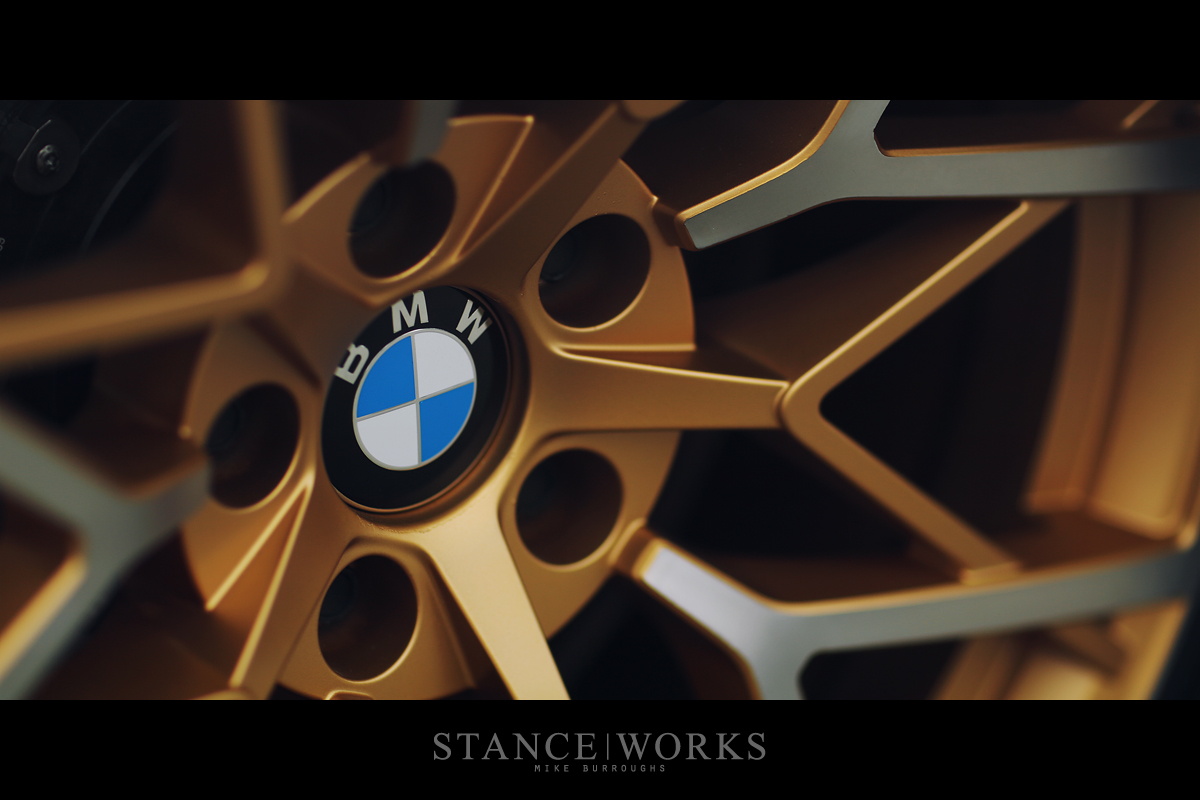 The nose of the car clearly celebrates its predecessor, reviving the eventually-removed but crowd-favorite "Obrut" script. Placed upon a jutting air dam, its a clear nod to performance, a key component to both cars, old and new. At the rear of the car, the references continue, with a set of nearly-rectangular tail lights drawn from the square tails that adorn every original Turbo 2002. Wrapping within the rear arches, the lights complete an aerodynamic component to the rear of the car, giving both the front and the rear a bit of a FIA Group 5 vibe. The rear spoiler hugs the trunk's edge, just as the original did ages ago, making it clear that BMW's design team paid true respect to the original. 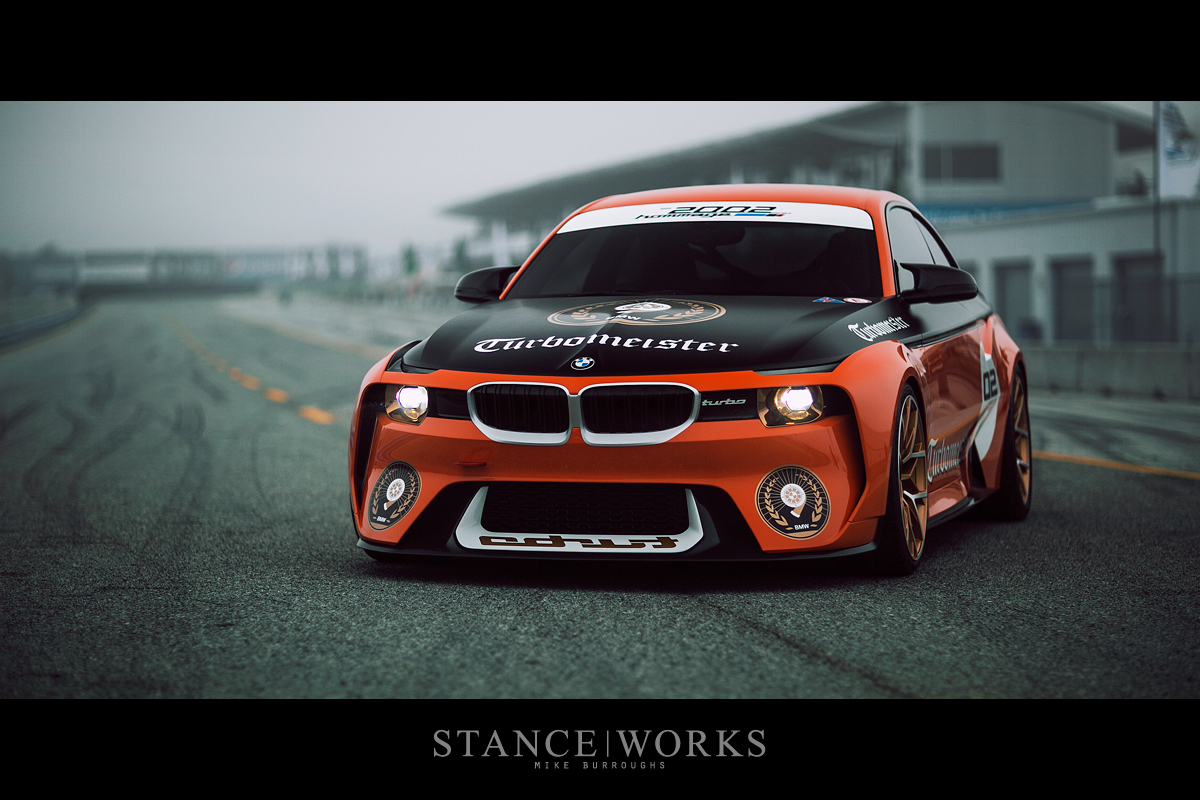 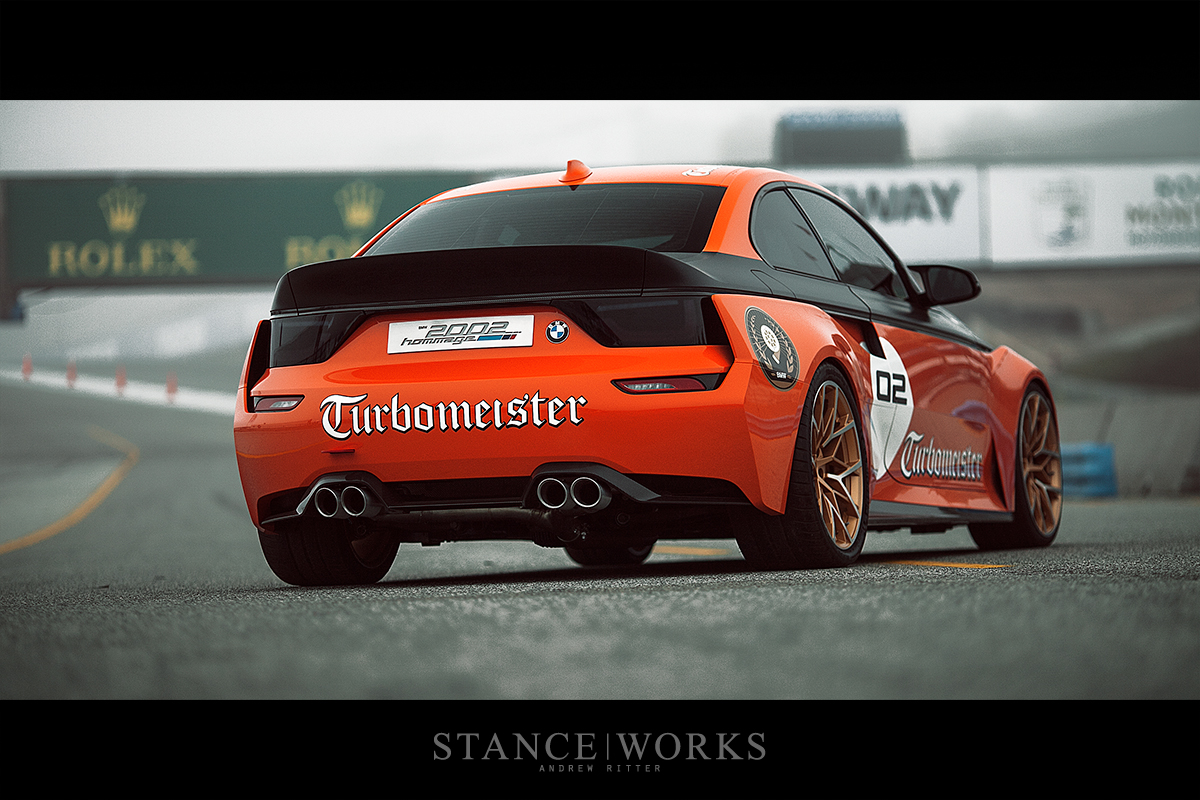 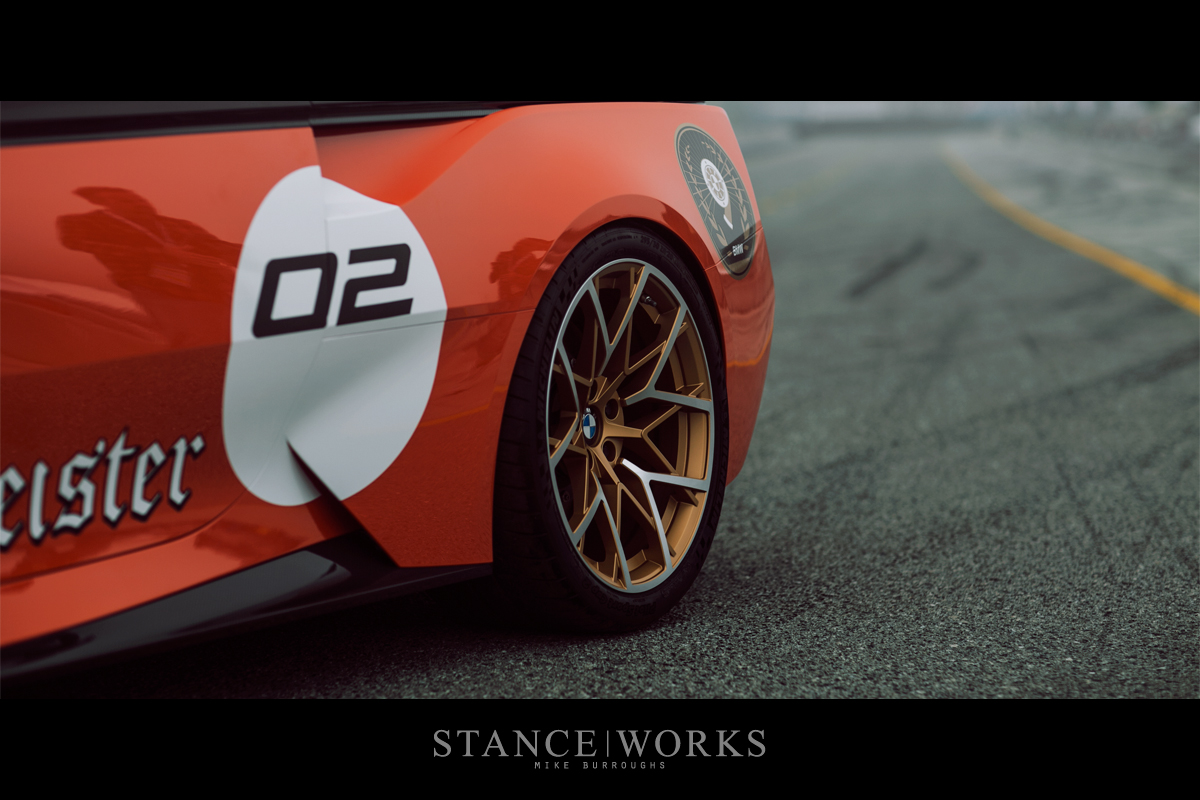 Do you love it, or hate it? We want to know. It took time to grow on us, but in truth, the more time we spend looking at the 2002 Hommage, the more we want one. BMW, sign us up. I'll take mine in white, please. 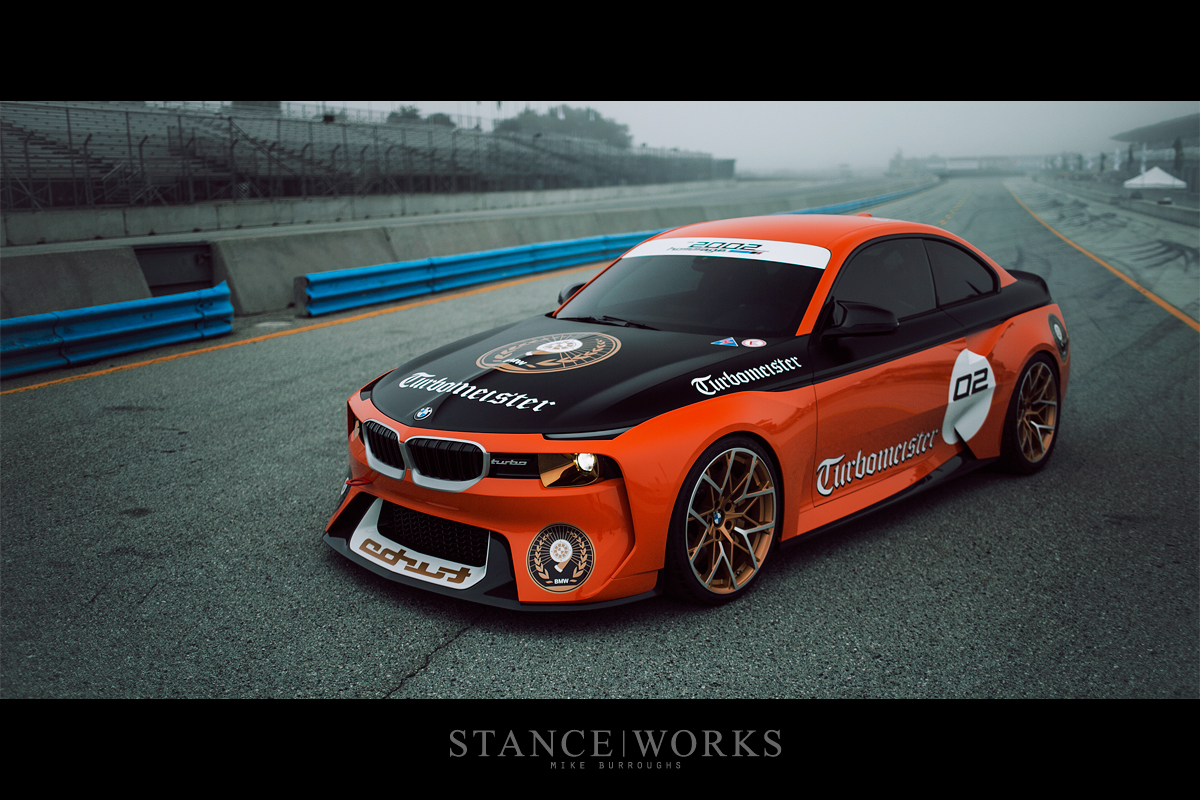 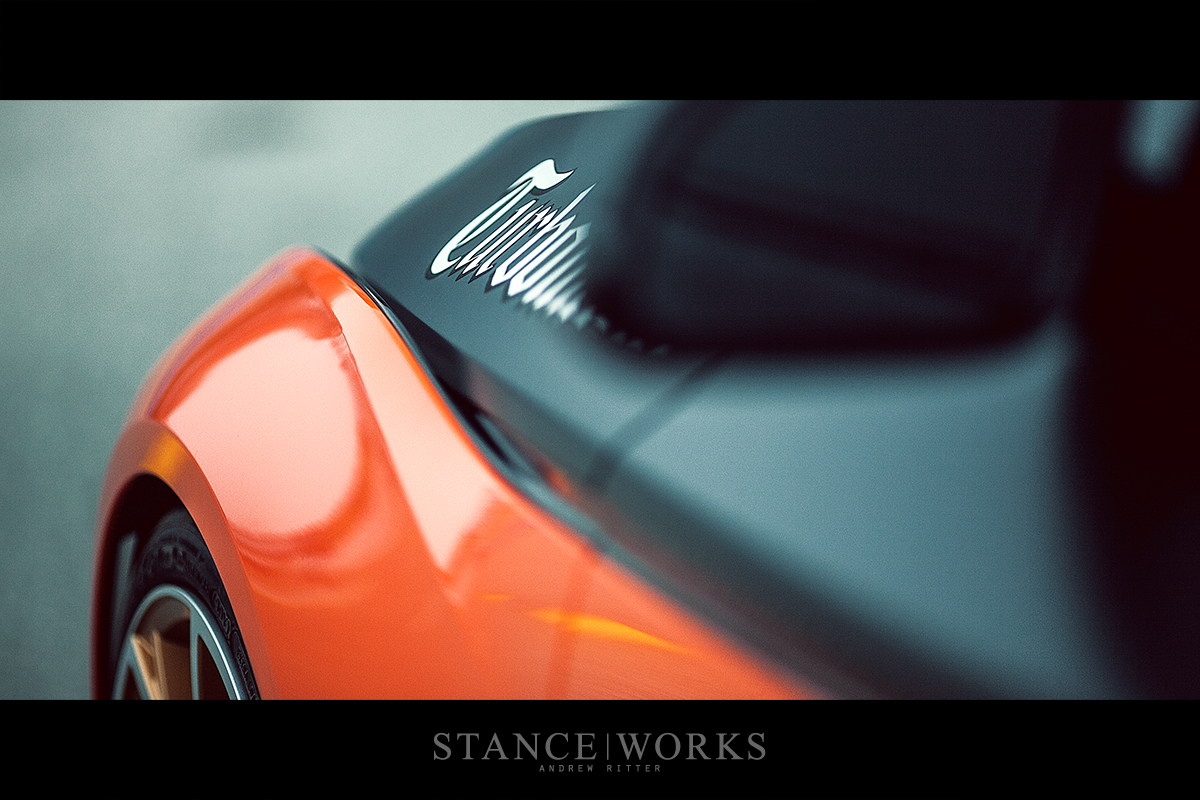 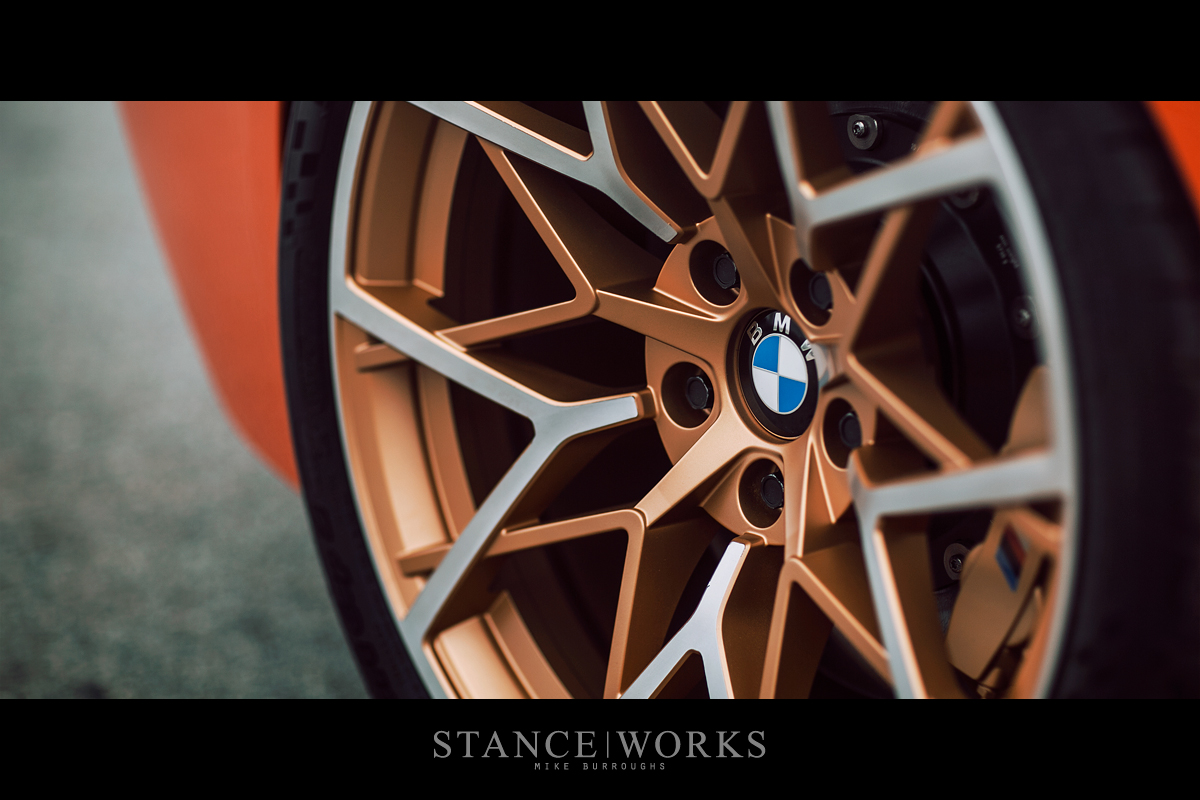