More Than Just a Gathering – Luftgekuhlt 2016

More Than Just a Gathering – Luftgekuhlt 2016

On spring afternoons, it’s common to find yourself driving home after a morning out at the various car shows that emerge as winter wanes. You leave content, having filled your quota of cool cars for the day. For a car guy it’s hard to ask for much more than rows of your favorite cars, but as I drove home from the third Luftgekuhlt show I found myself energized by so much more. From its humble beginnings in a small parking lot to the large compound that it occupied this year, the Luftgekuhlt gathering has matured into an event that has woven great meaning and inspiration in its roots. 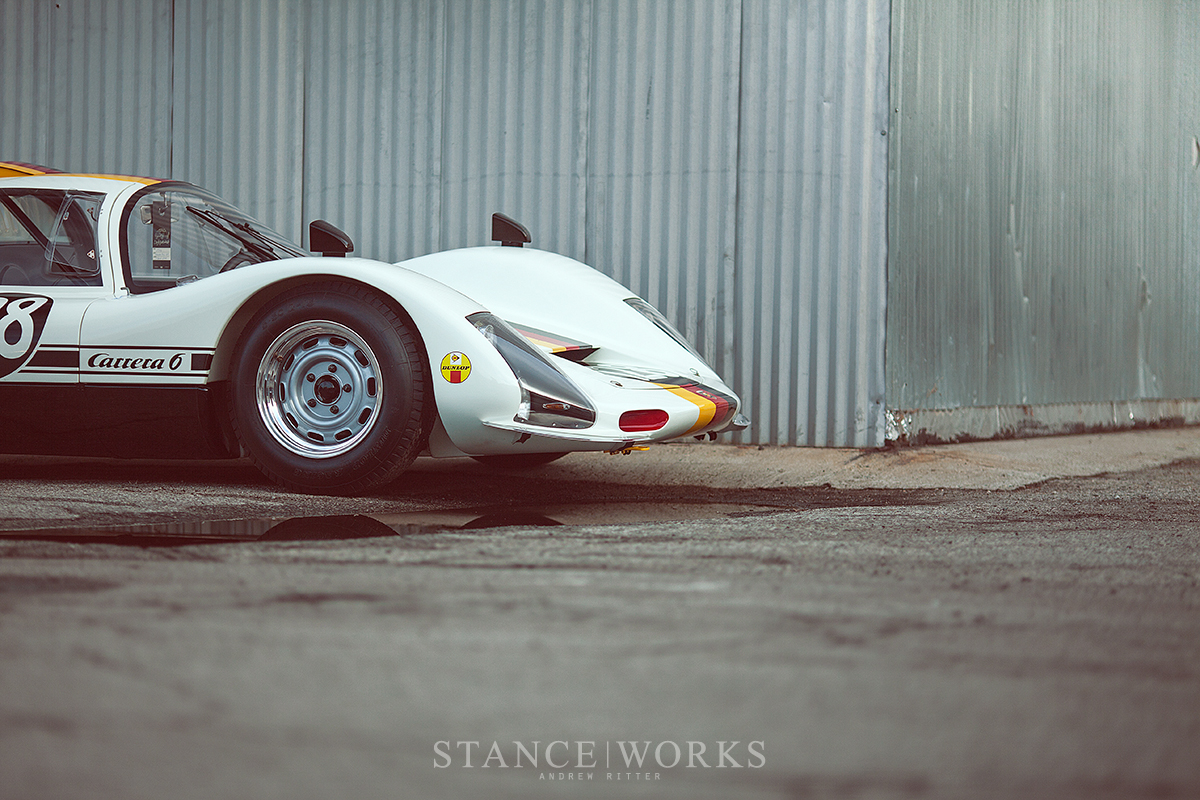 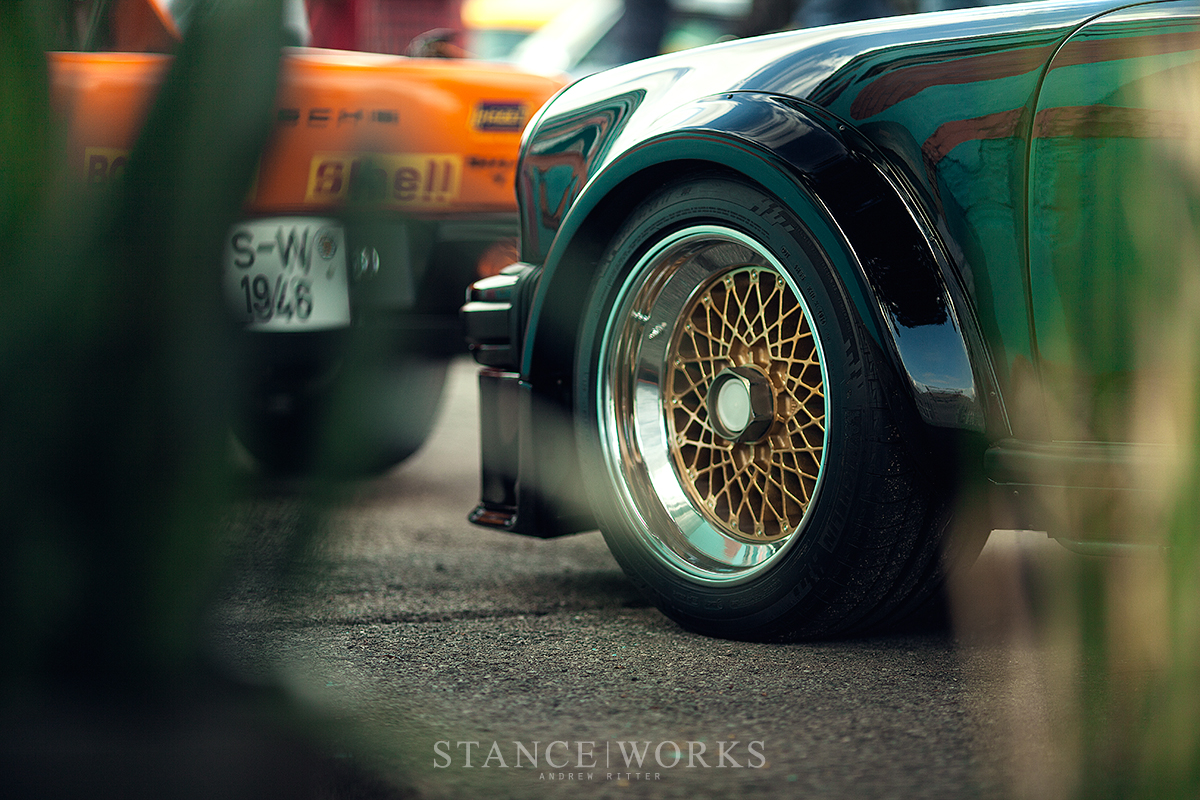 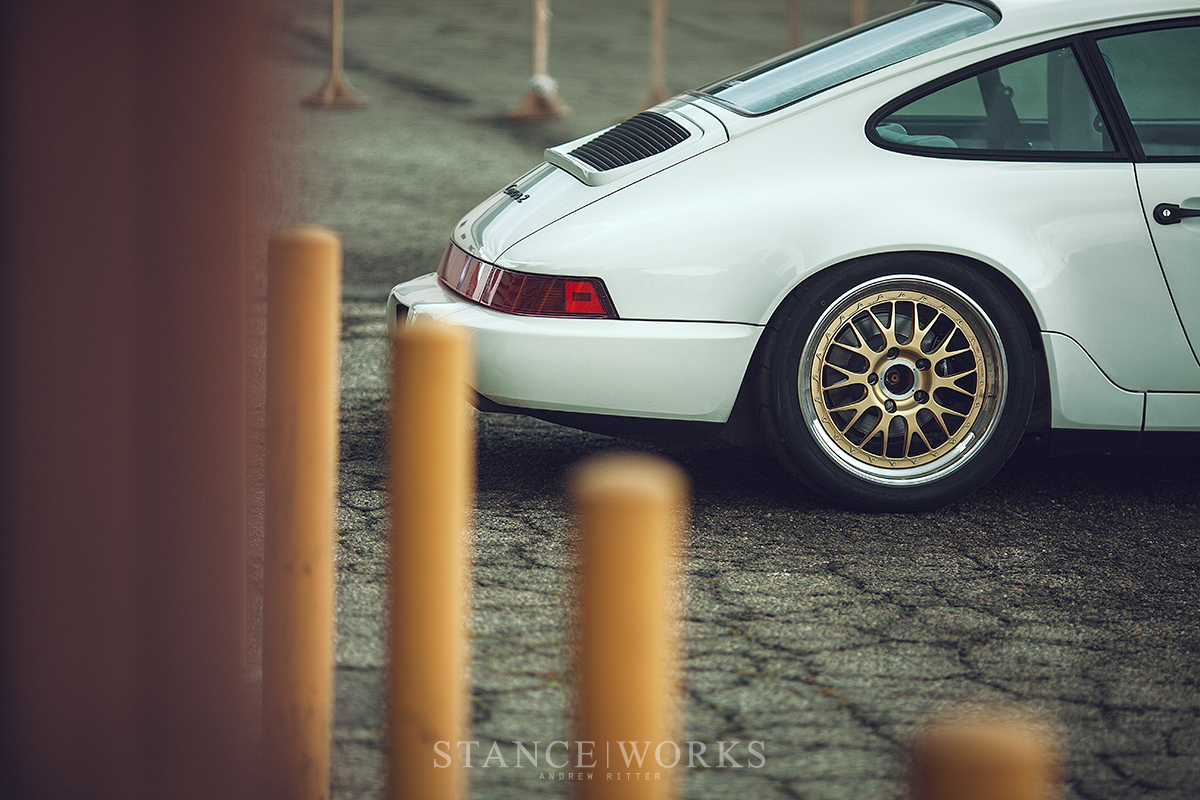 Porsche factory works driver, Patrick Long, and designer, Howie Idelson, first got together to plan a simple gathering for fellow aircooled Porsche drivers. On an early Sunday morning, cars began to file into the parking lot of Venice’s Deus Ex Machina, a motorcycle and coffee shop rich in style. Outside, owners gathered to peek into the old narrow bodied examples as they staked their claim on the remaining parking spots. Before long, the show parking had spilled into the side streets as guests fueled themselves with coffee and street tacos. The first Luftgekuhlt offered a laid back and relaxed alternative to the concours that fill the Porsche show calendars, and as word of the event spread through the ever growing chain of social media and the Porsche market continued to ride its unbelievable growth, Luftgekuhlt continued to expand with each year. 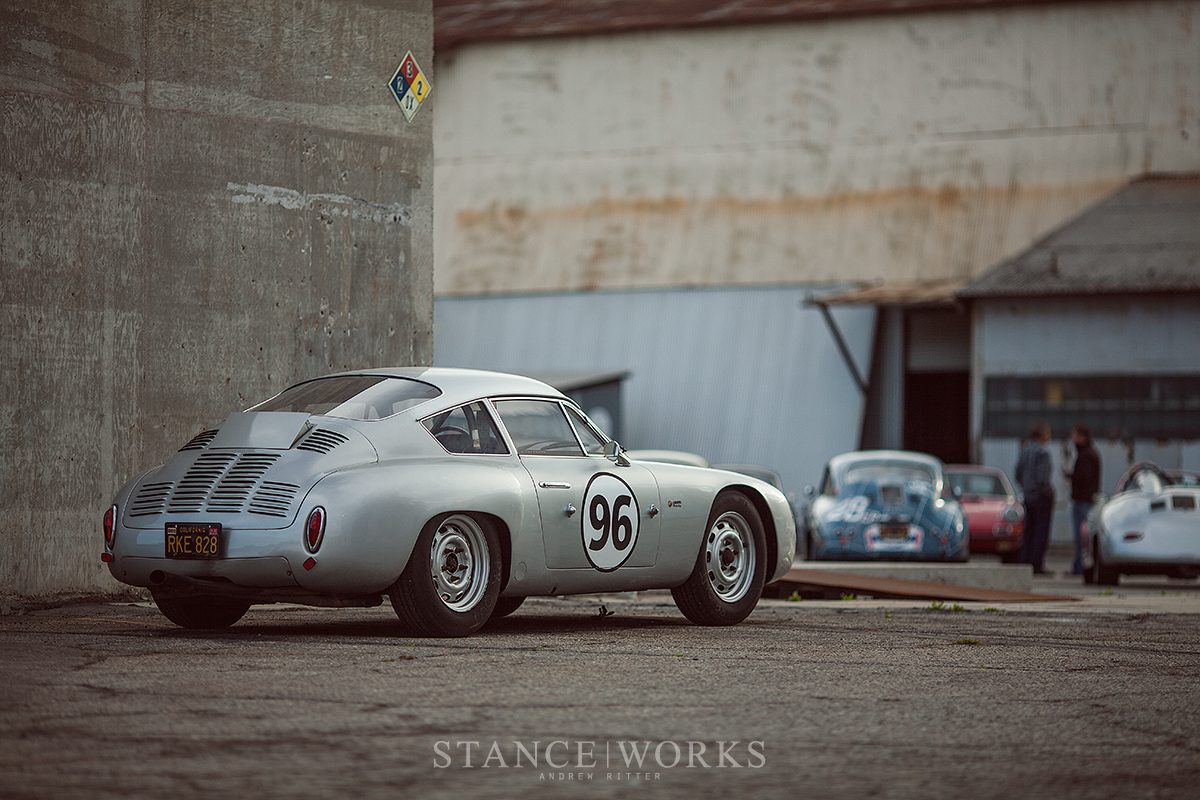 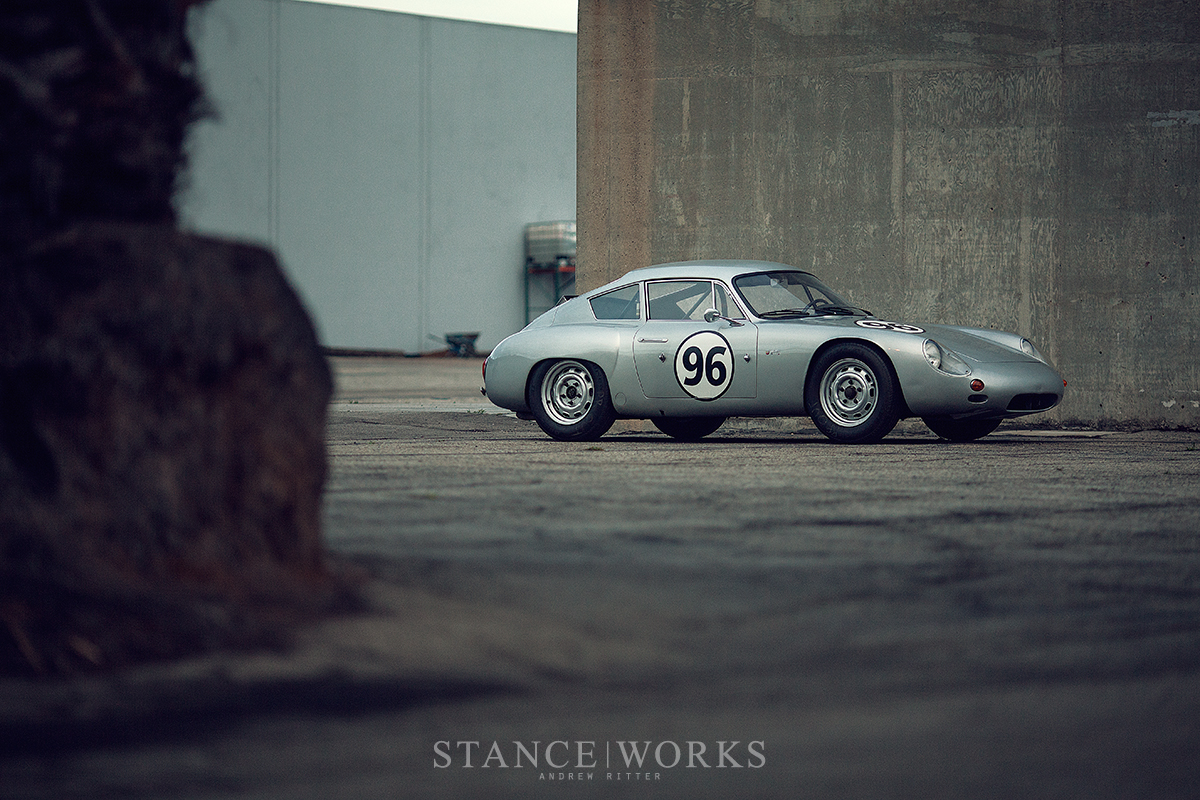 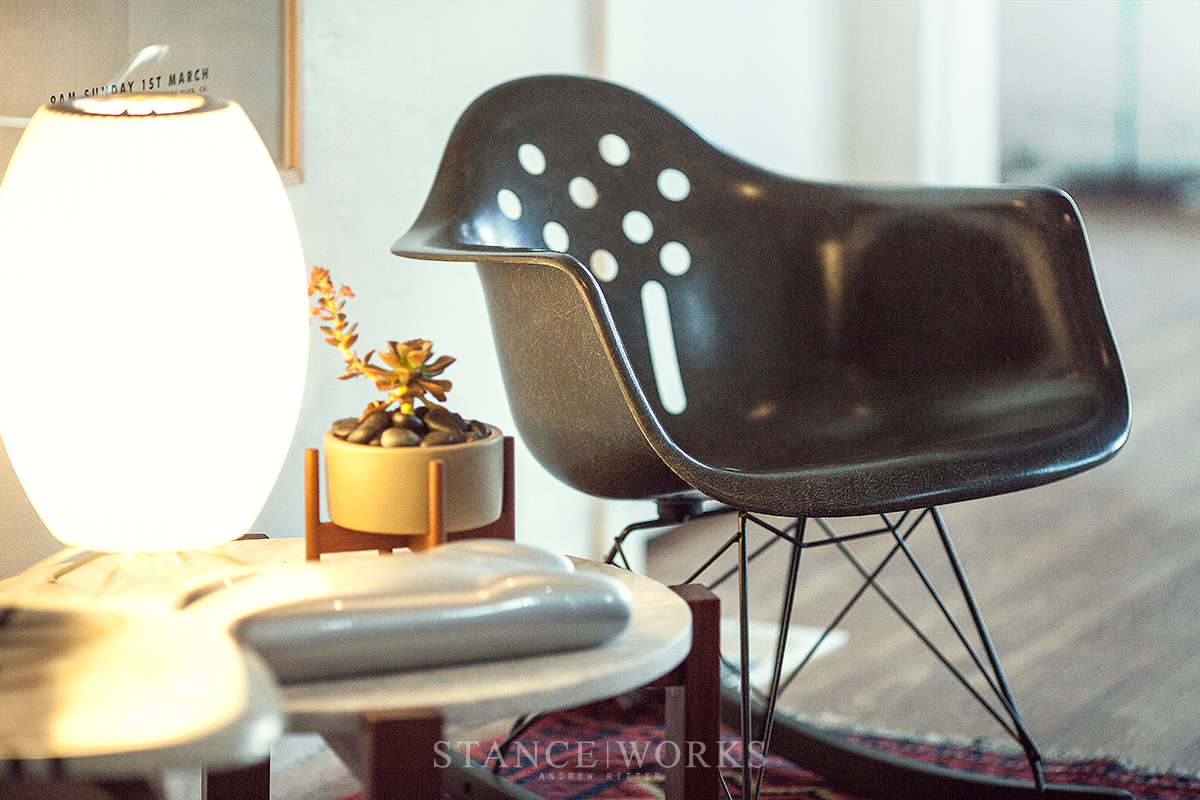 Having completely filled the Bandito Brother’s larger creative venue for Luftgekuhlt 2, Patrick and Howie knew they had to go big for this year’s event to contain the exponential interest building behind them. In previous years, the team was careful to select venues in the Los Angeles area that could both accommodate the crowds while also embodying the stylish atmosphere that came with the Luftgekuhlt name. Having hit the nail on the head in the two years prior, the challenge reached a new level as they searched for the perfect spot to host year three. The resulting decision invited Porsche owners into the gates of the 1929 Modernica factory located in the heart of Los Angeles. 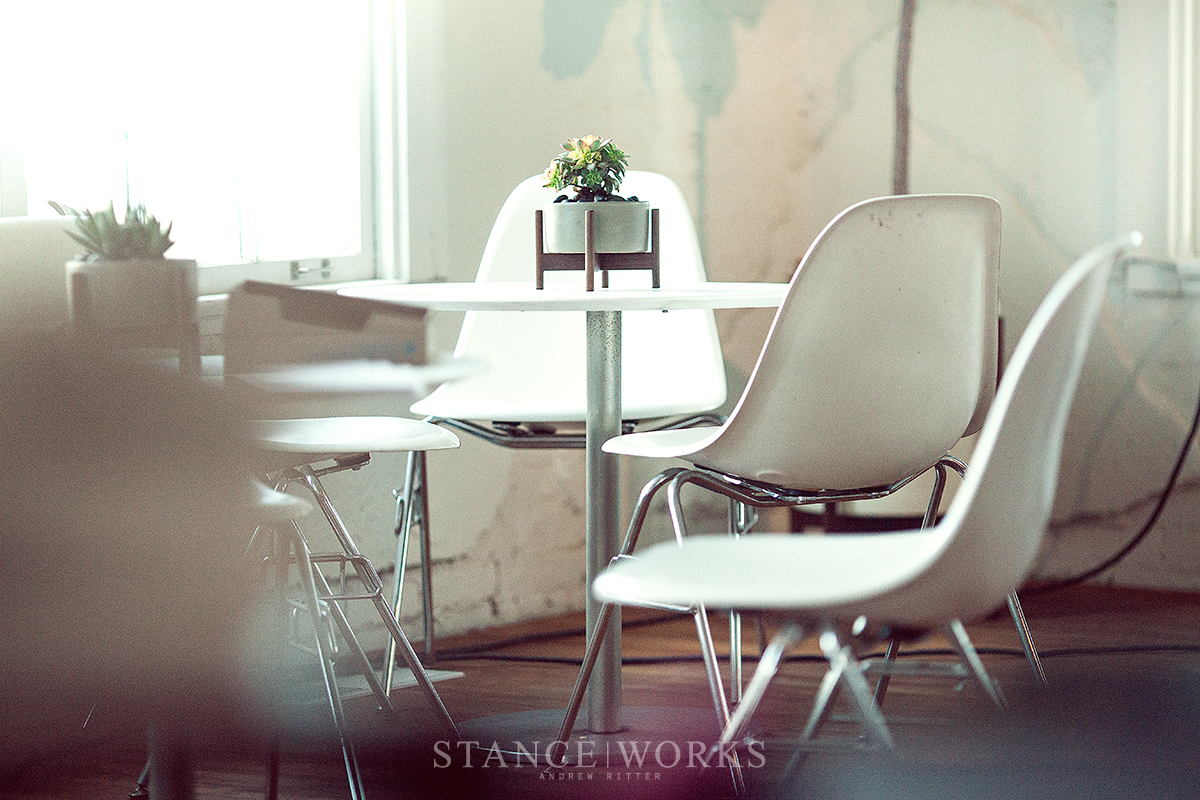 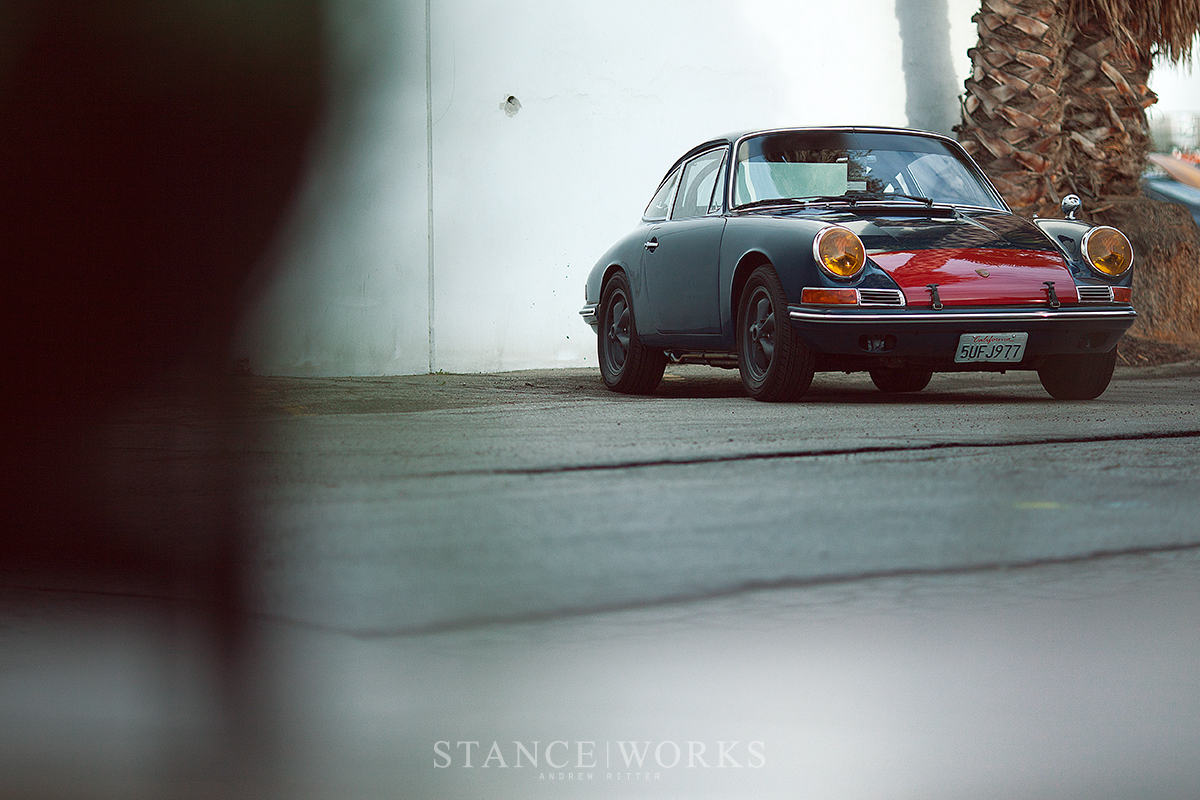 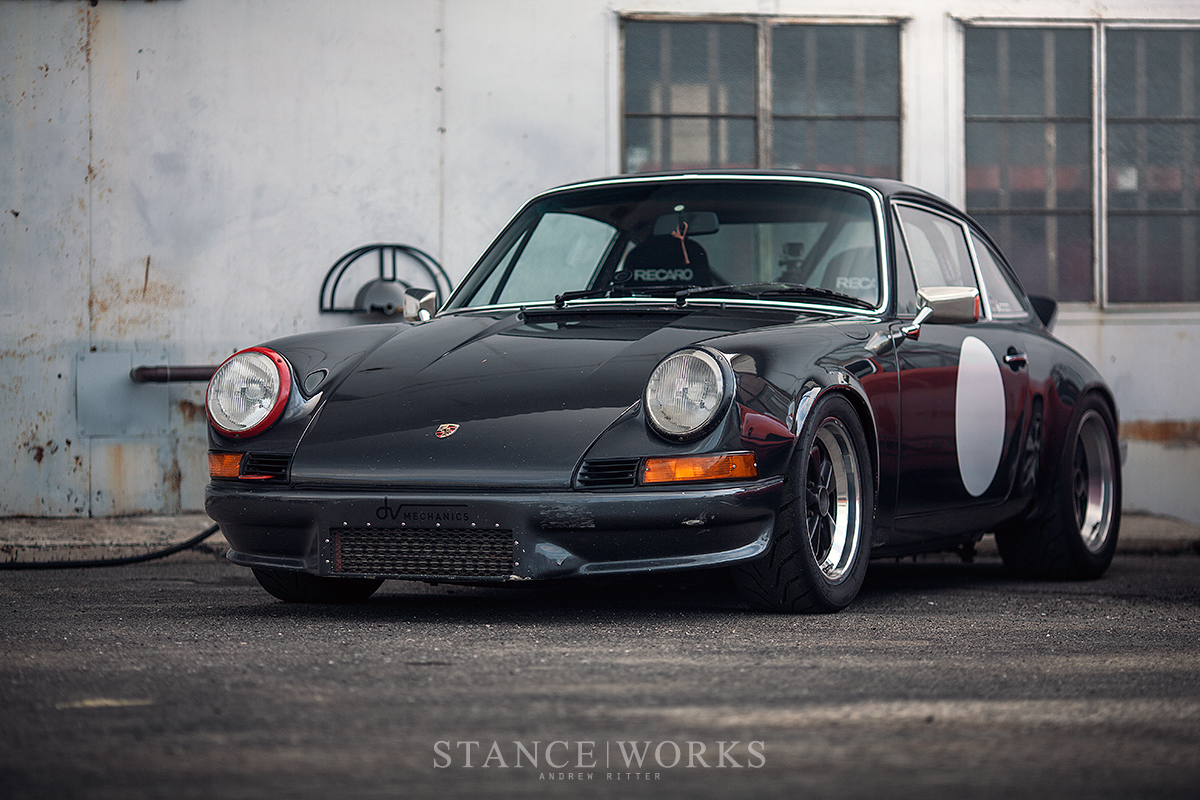 Modernica established its roots in the aesthetics of the modernist era, producing high quality designer furniture for houeshoulds. With mid-century styling making a strong comeback in Southern California where it first got its start in 1945, Modernica has been a premier design collective offering the same great pieces that were so iconic back in the day. As cars made their way through the gates, they drove into the expansive facility that has housed Modernica’s operations all of these years. The tall trees brushed up against the glass-lined walls of their brick warehouse while the soft morning light rose over the concrete production facility where fiberglass chairs met their molds. Inside the brightly colored showroom, volunteers were putting the last finishing touches on a small Luftgekuhlt pop-up shop that displayed some of the art and wares of talented Porsche community. With the stylish atmosphere of Modernica’s identity and the beautiful patina that could only be found on industrial buildings approaching their centennial, this year’s venue was the perfect home for another Sunday morning with the expanding Luftgekuhlt family. 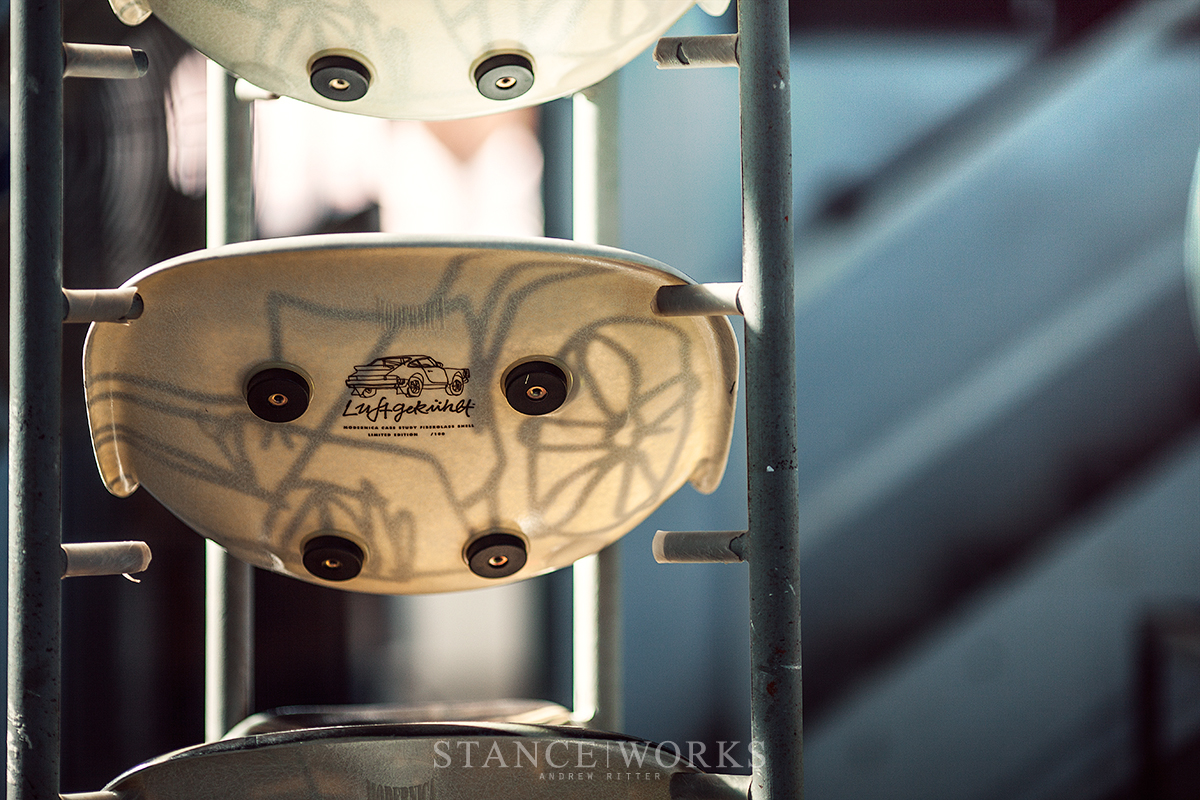 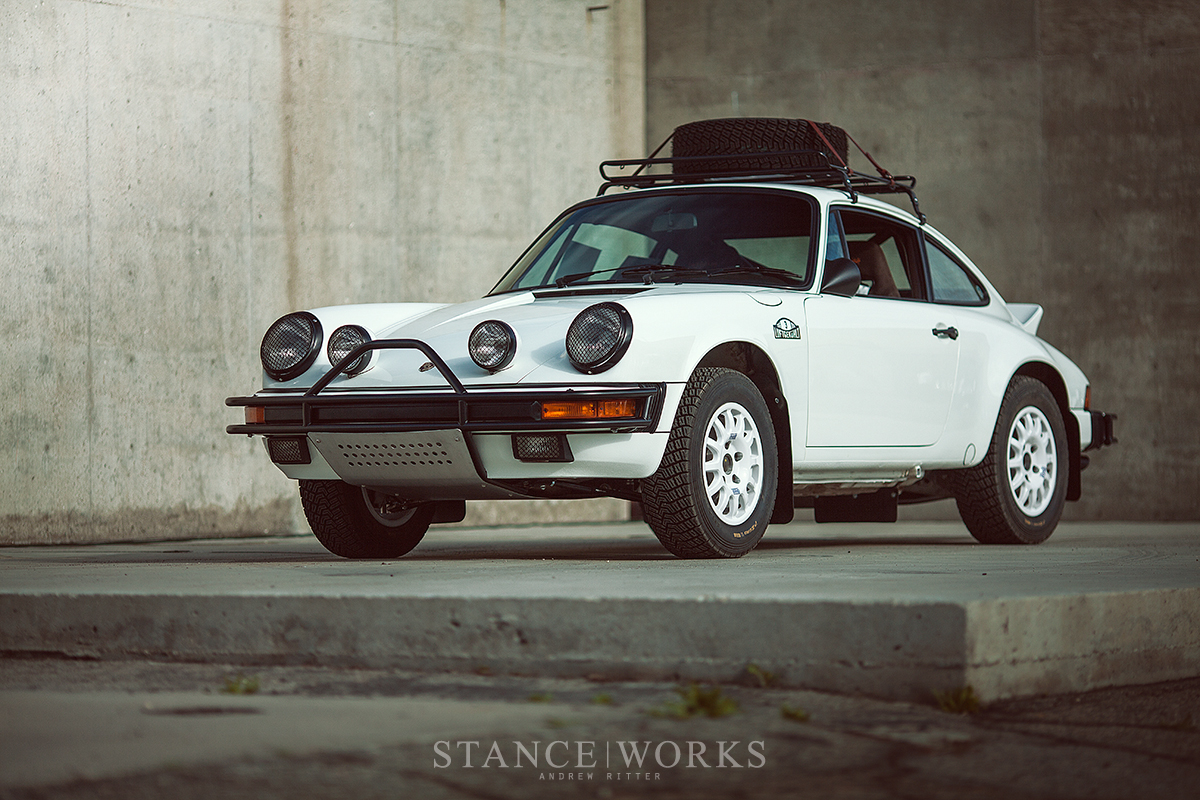 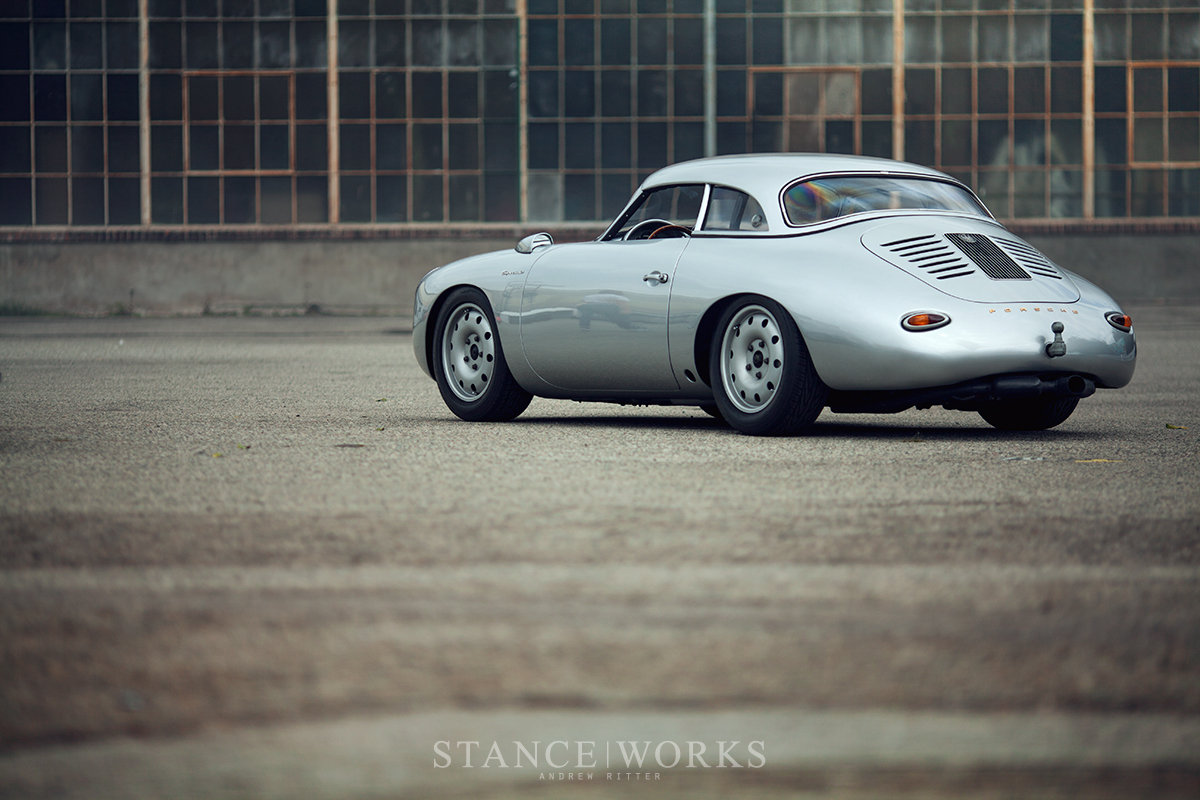 The modernist movement in furniture design was structured on function and a minimalist approach to its forms. With streamlined figures, a lack of extravagant ornamentation, and a machine-like simplicity, the core design principles of the mid-century period fell in line with the principles campaigned by Ferdinand Porsche, the father of the 911. Perhaps one of the lead icons of the furniture movement was the Eames chair, a fiberglass shell construction situated on top of a thin Eiffel-spoked set of legs. Used for its rigid strength and light weight, the fiberglass form stems from the same lightweight, purpose-driven principles that have allowed the Porsche 911 to land its position as an icon of design as well. With the simple shell shape and raw fiberglass finish, the Case Study Eiffel Chairs in Modernica’s showroom drew familiar ties to the bucket seats found in Porsche’s race cars and early roadsters. So, while the teams at Luftgekuhlt and Modernica worked to host the festivities, they were also hard at work marrying their aesthetics in a collaborative collection of three Porsche-inspired chairs. Carby and the creative team at Deus Ex Machina applied their artistic perspective on the simple white seats while Luftgekuhlt drew on inspiration from the lightweight 356 buckets. Period Correct Atelier pitched in and turned to the nature of the raw golden fiberglass found under the rear deck of 917s, with their own graphic Modernica chair, rounding out the trio. 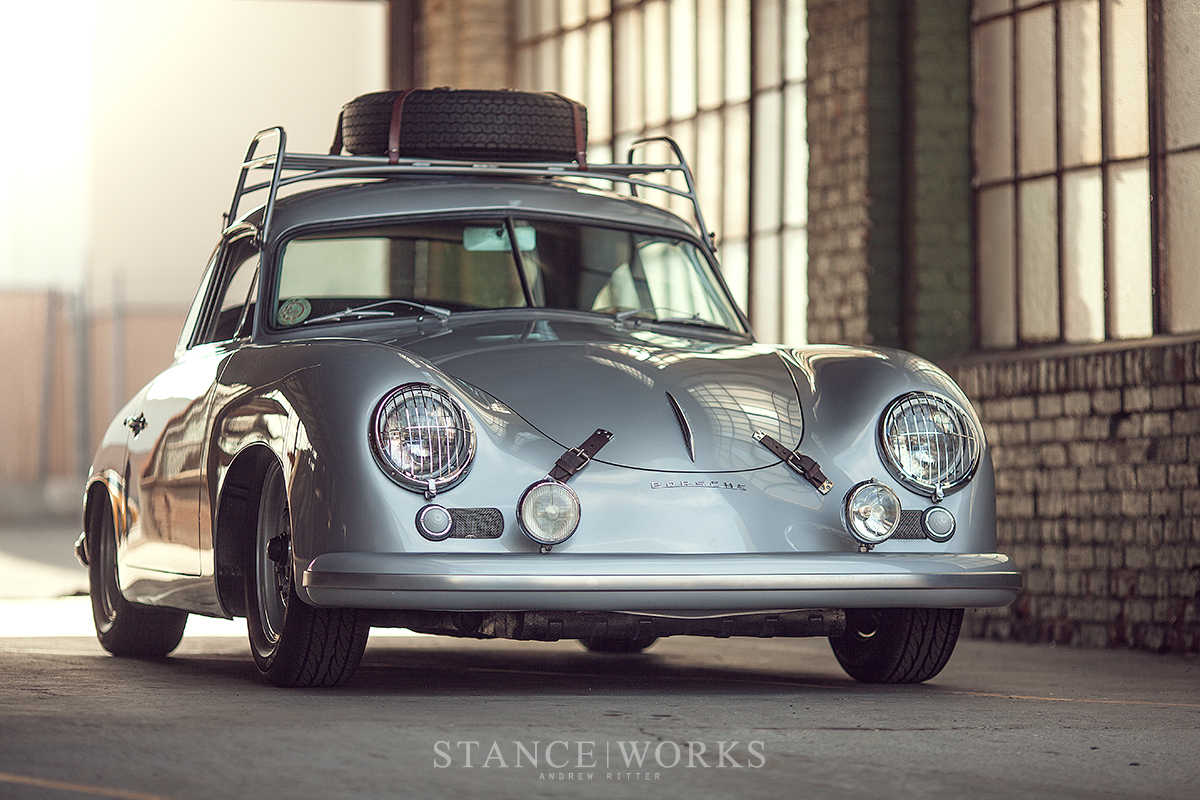 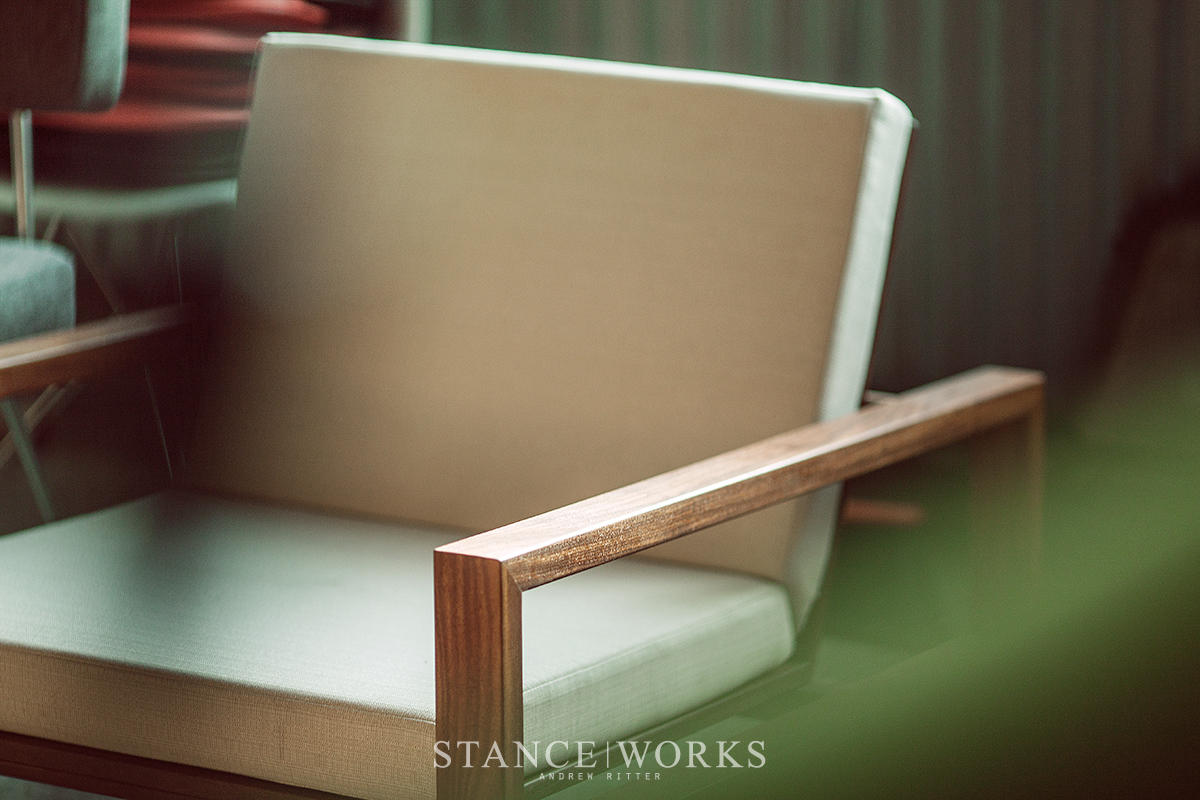 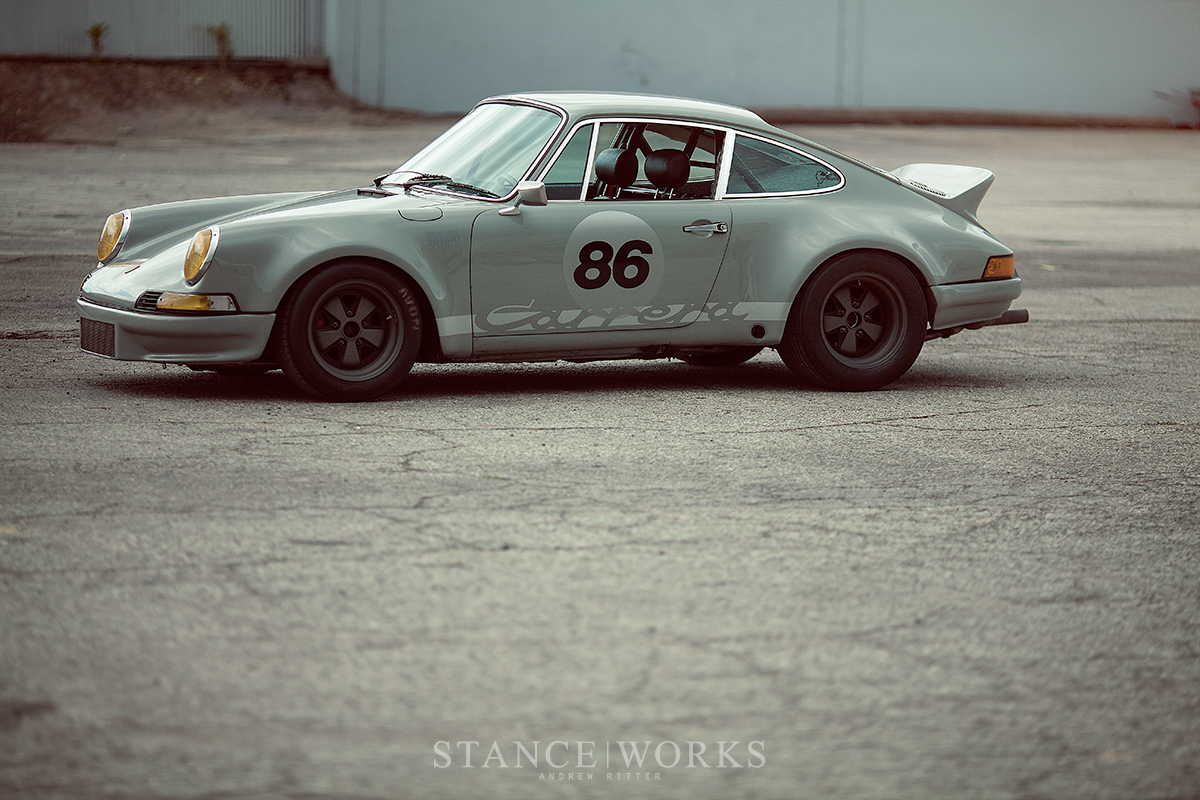 The seats were on display amongst the rest of the artwork and goods that lined the Luftgekuhlt pop-up showroom. Offering an array of items and displaying a collection of artwork from the talented creators within the Porsche community, the showroom was a celebration of the inspiration present that weekend, but the inspiring talents didn’t stop there. Outside, cars from all walks of life were filing in to line the lot. Rod Emory’s talent for metal work glistened across the silver 356s in his convoy, while the sound of John Benton’s engine tuning expertise echoed off the surrounding walls. Singer highlighted three of their sculptural Porsche beauties along one wall as Jeff Zwart navigated a few of the historic Porsche vehicles to their ideal display locations for the day. From car builders and engineers to photographers and artists, Luftgekuhlt brings together a diverse collection of good, talented, design-driven enthusiasts who all share a common love for these aircooled vehicles, and the result is a creative energy that could be felt as I made my way around the venue. 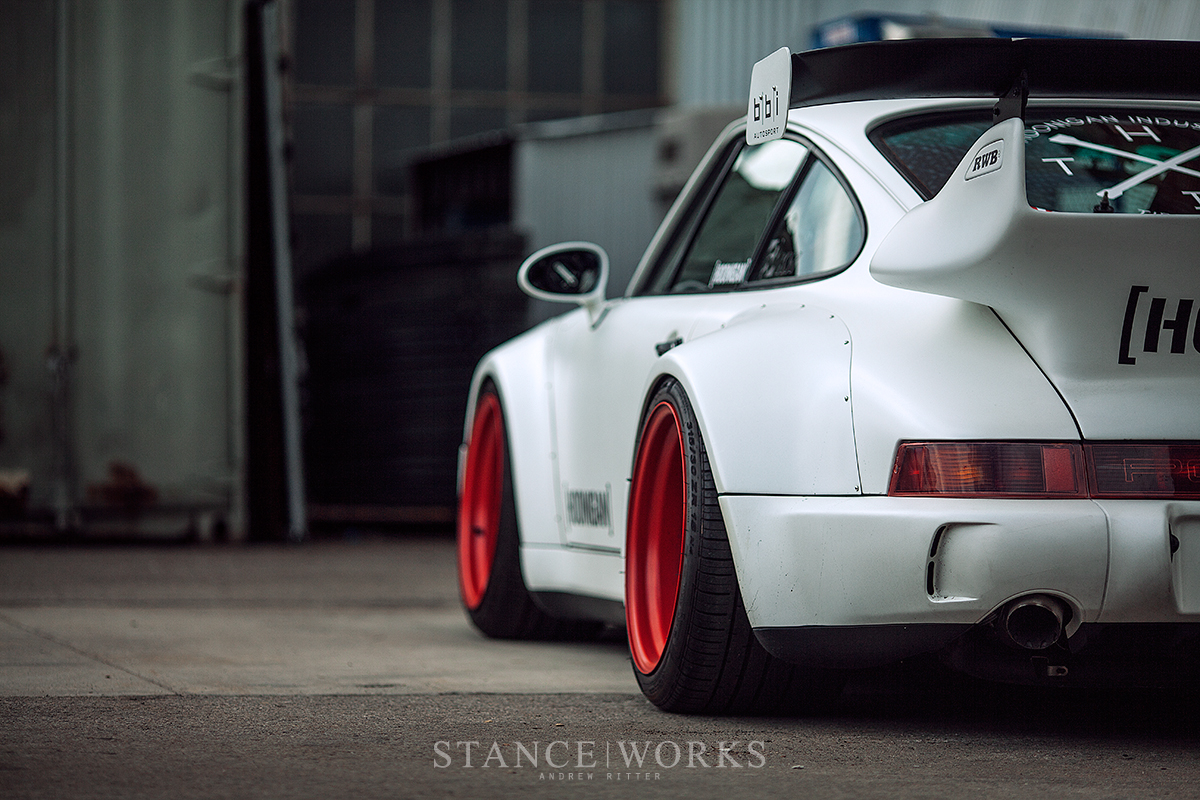 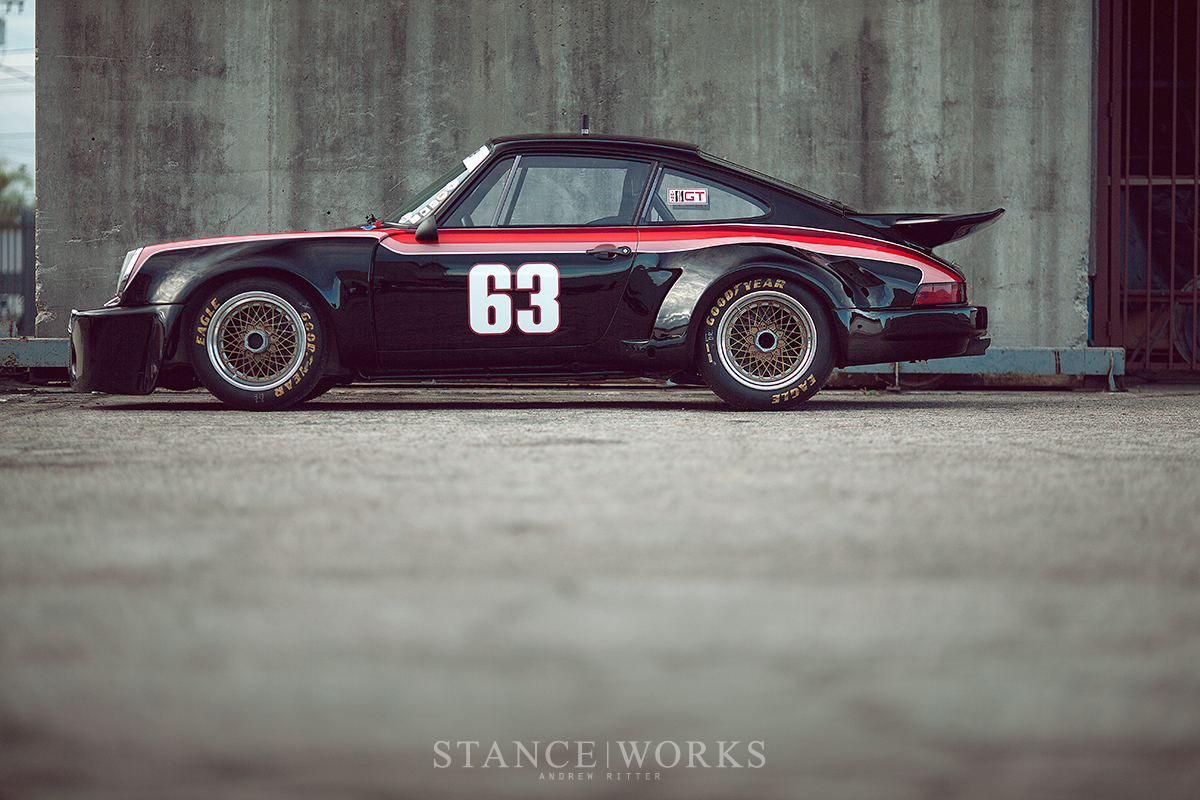 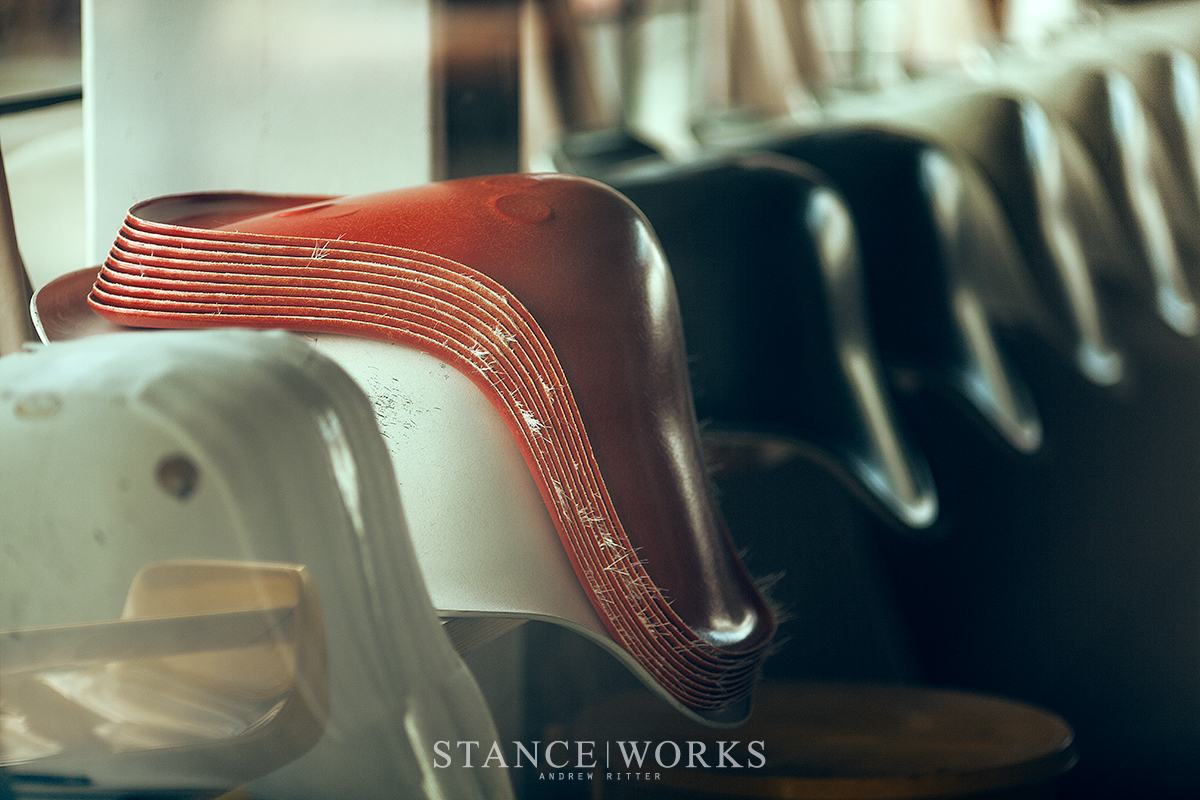 Perhaps the most defining moment of the day came when many of these talents gathered together with a wonderful purpose at the forefront. Sat atop a concrete pad in the center of the day’s festivities was a bright white 911 that stood out amongst the crowd. Some of the most noted builders and craftsmen in the Porsche world came together to create a unique safari-inspired Porsche to be auctioned off by RM Sothebys with all proceeds going to help The Autumn Leaves Project in its fight against pancreatic cancer. The crowd gathered around as Patrick and Howie shared the lifted rally car with the crowd and thanked all of those who had devoted their time to such a worthy cause. Anticipation raced as bids were tossed around, climbing and climbing until the crowd’s excitement reached a fervor and the final bid of $275,000 was cast. It was a massive step forward for the Autumn Leaves Project and it was an awe inspiring example of what can be achieved when a group of good people set their sights on achieving something great. 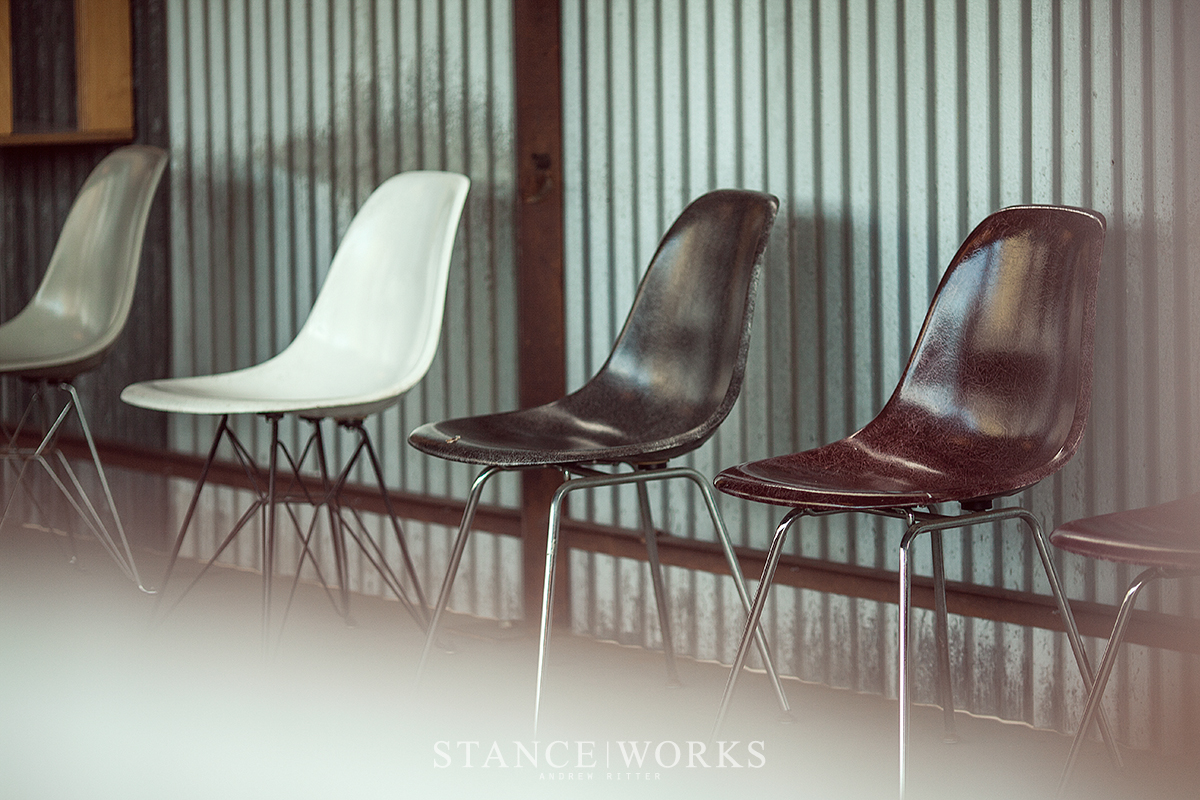 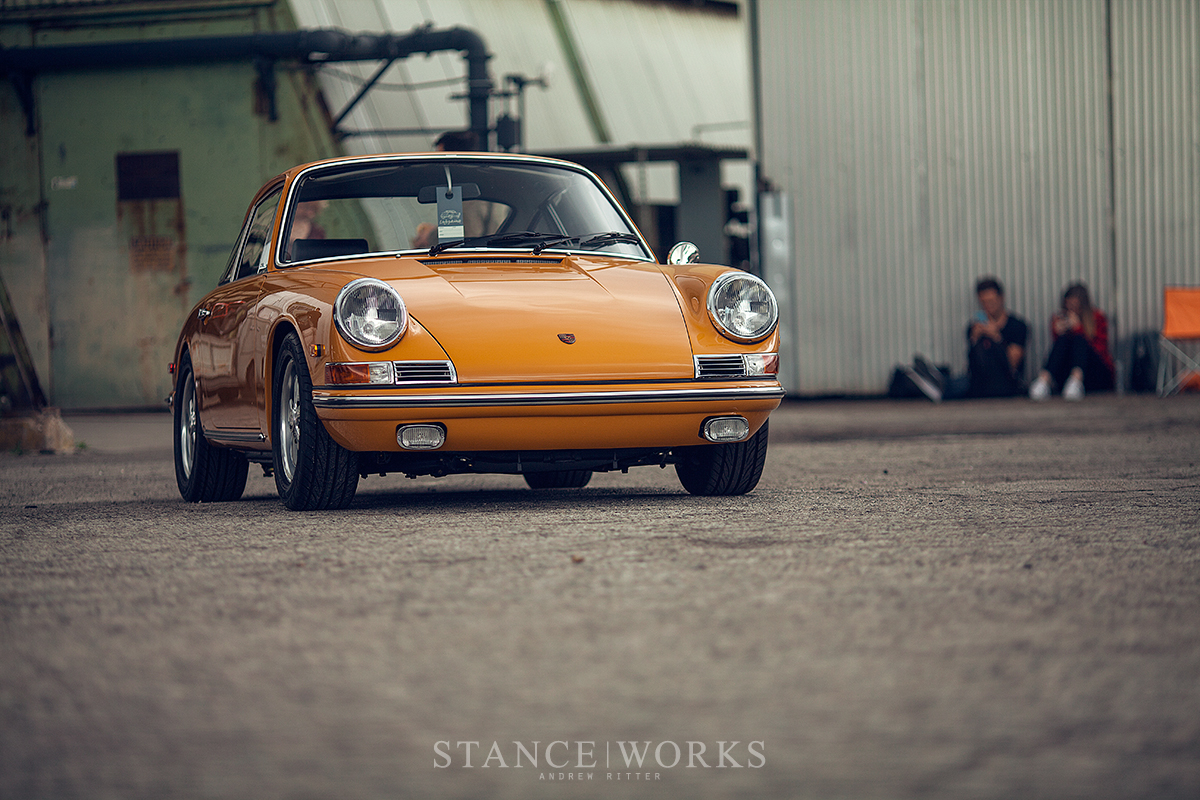 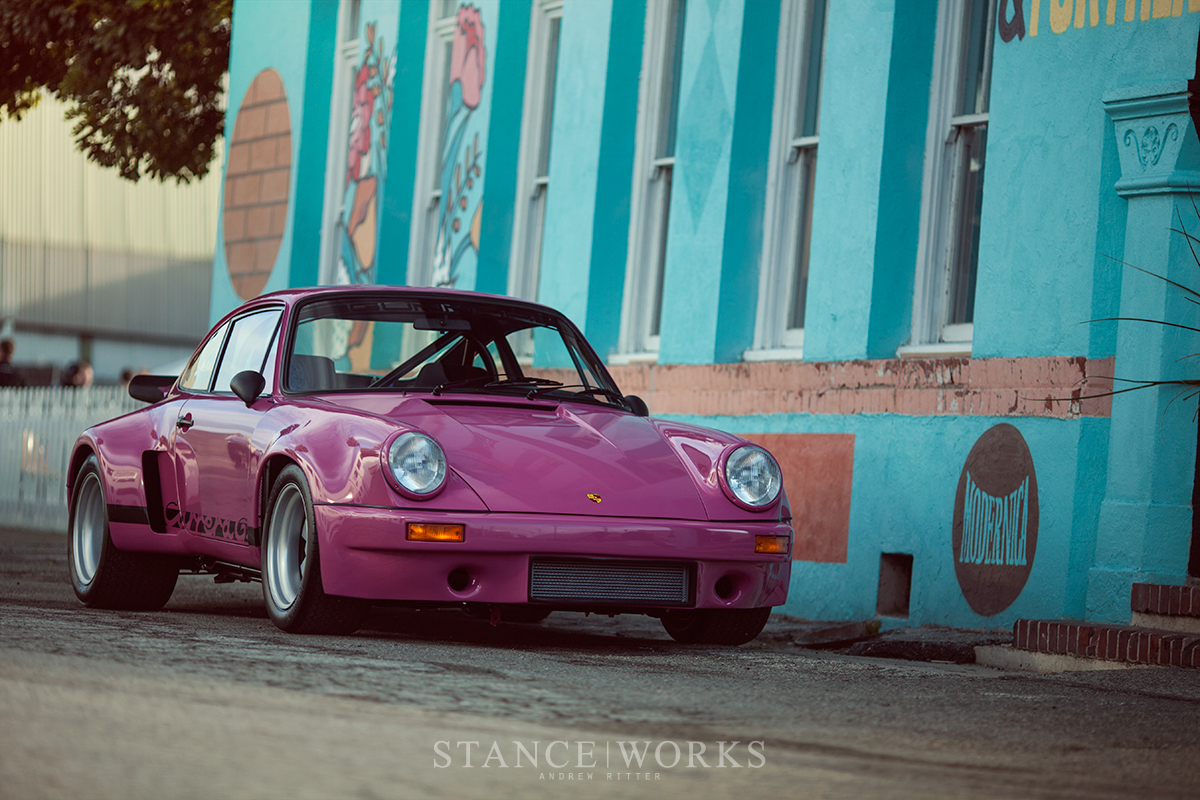 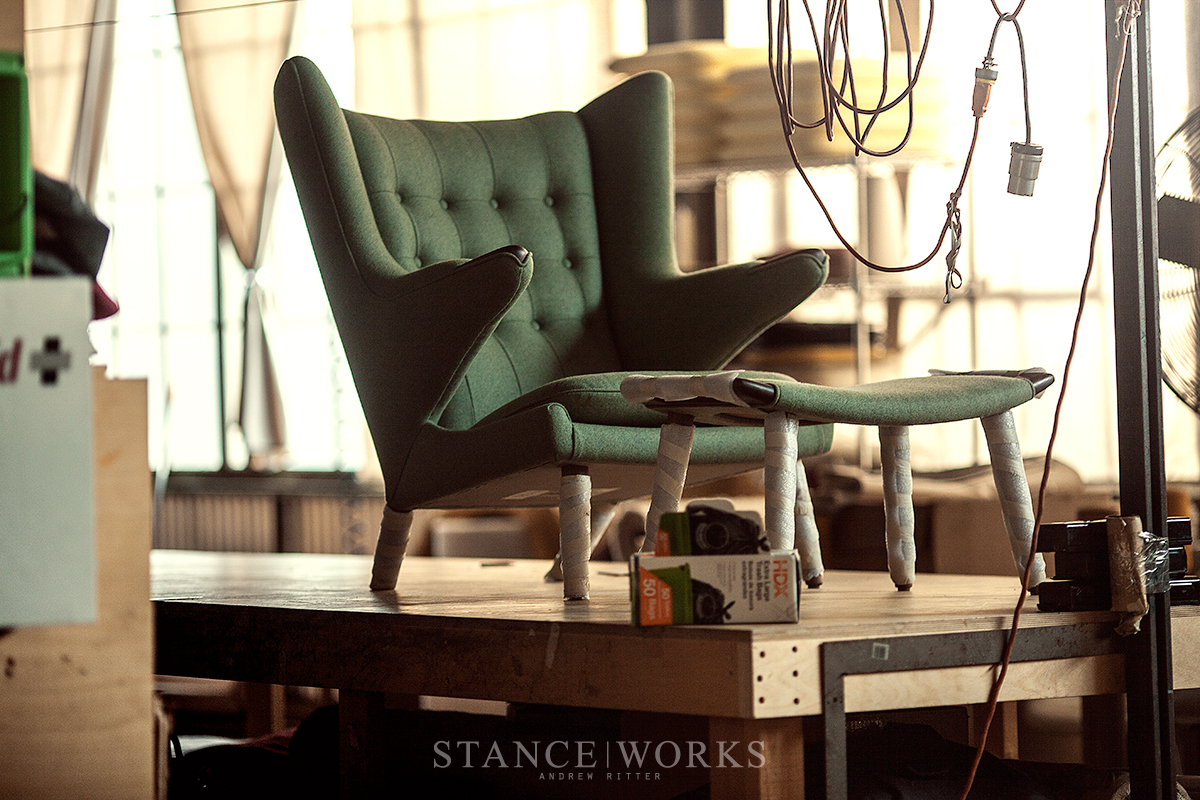 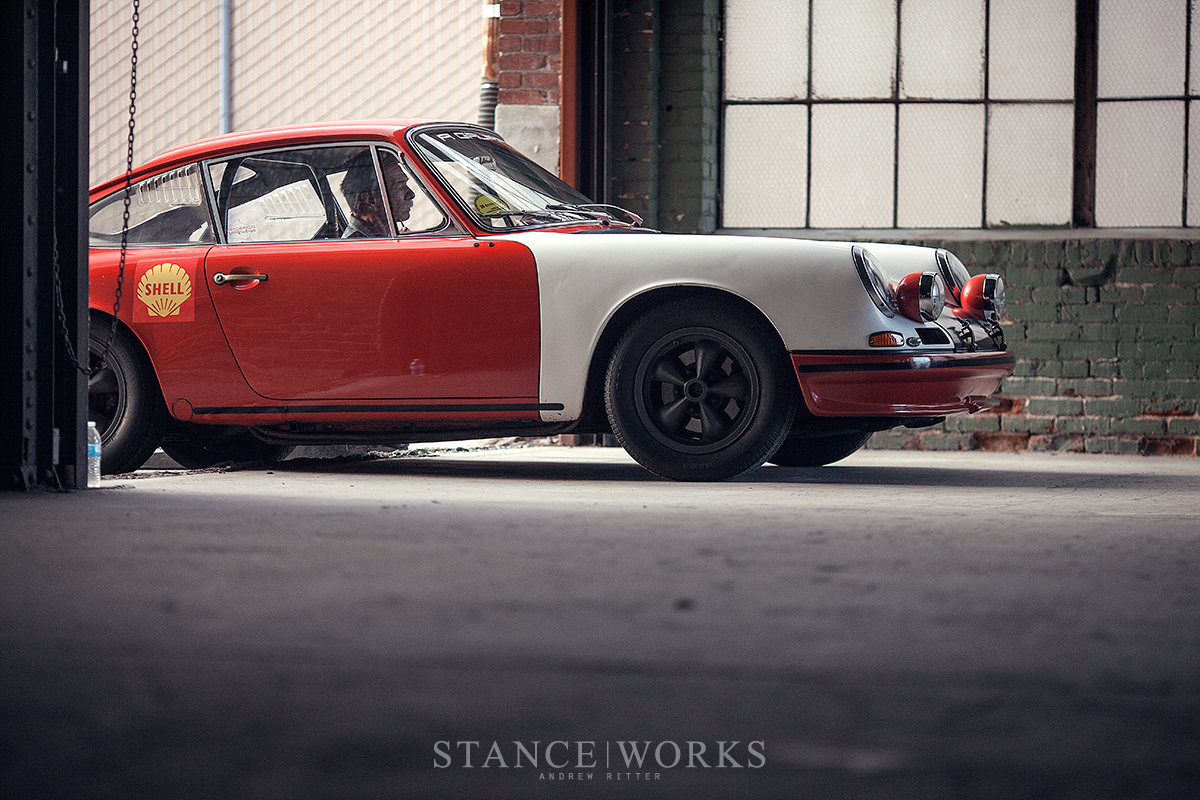 Luftgekuhlt has, once again, curated an event where style and purpose were present in even its smallest details. The atmosphere came to life in its stylish decor and the impressive vehicle attendance as friendly banter and stories shared between old friends filled the time. The auction funneled some of the excitement towards a cause that has touched so many, and the event highlighted many of the noteworthy people that make the car world so great. I left with my heart filled to capacity with inspiration and cheer. I walked out of the gate already eagerly anticipating my return to the next event that Patrick and Howie probably have up their sleeves. 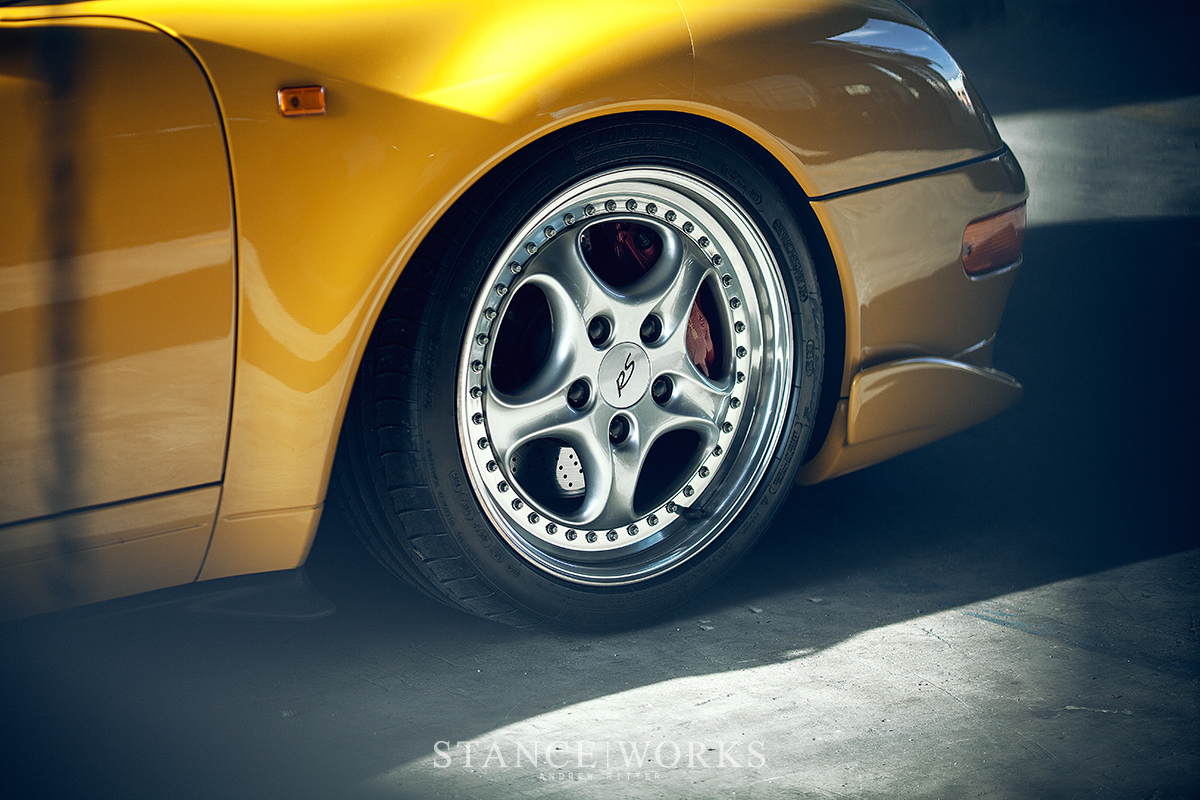 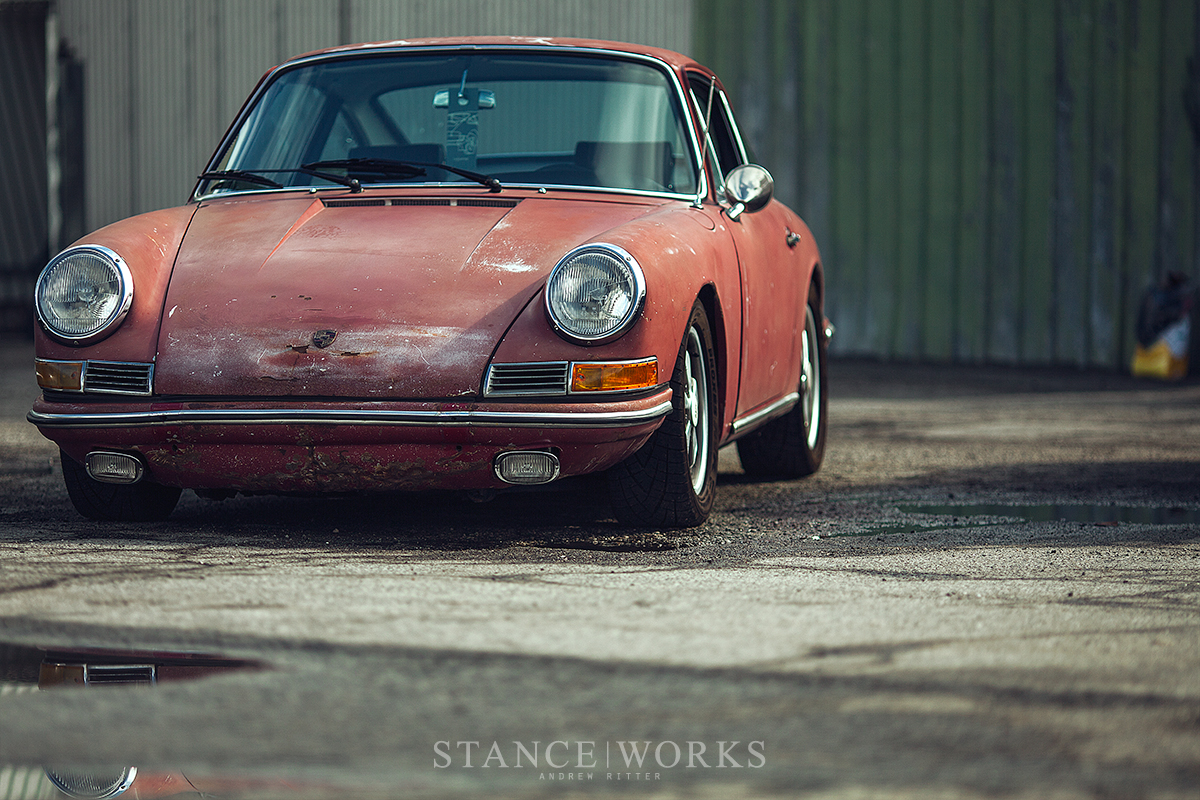 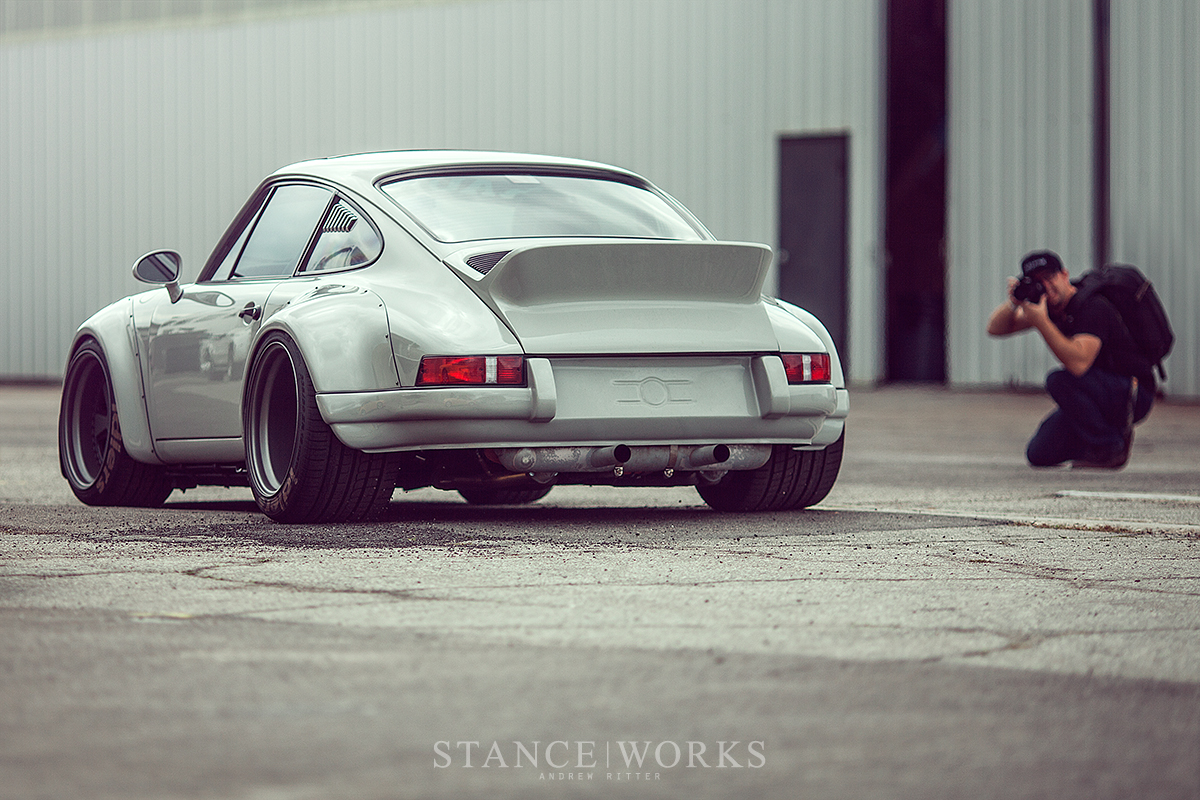 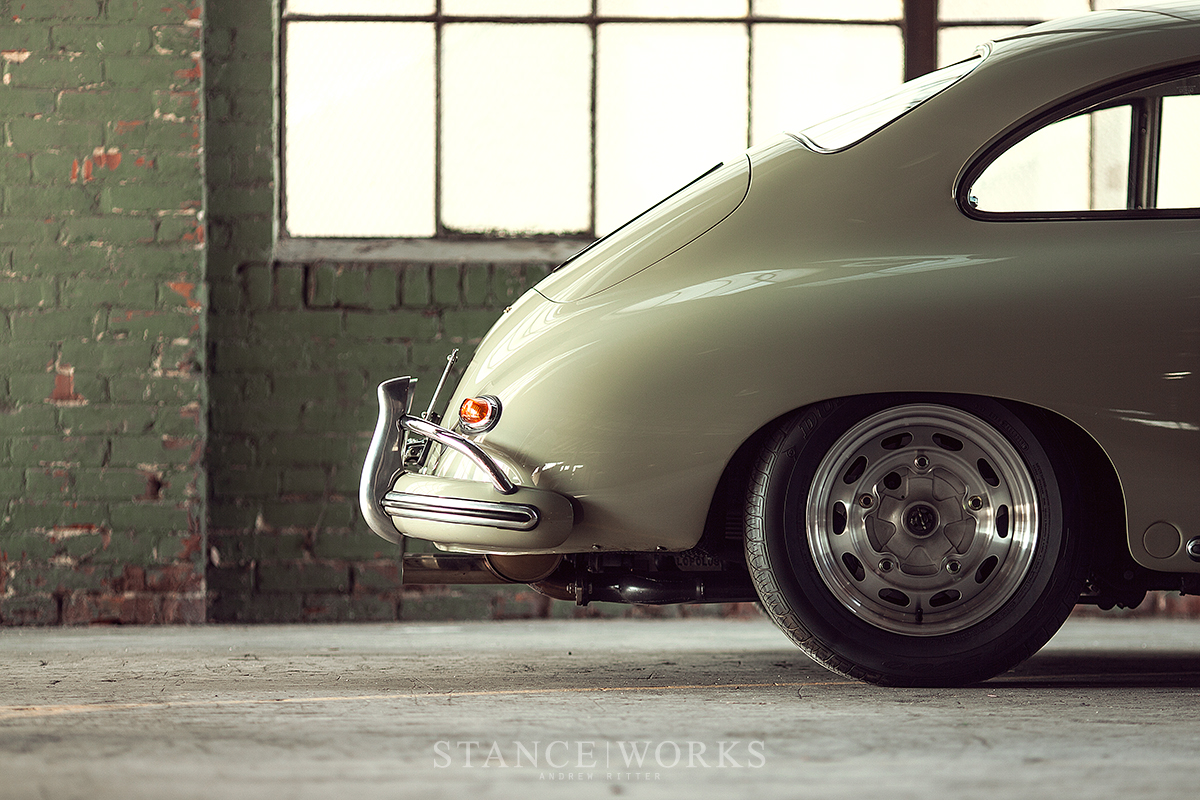