Over the past year or two, the fervor surrounding the Porsche marque has reached an all time high. Prices have been soaring as even some of the once-undesirable models are now re-entering the spotlight as sought after commodities in the classifieds. With a long history in motorsports and a brand rooted in the sportscar platform, it's no wonder why enthusiasts gravitate towards Porsches, but I've had trouble pinpointing why the enthusiasm in the Porsche community seems to have an energy that separates it from the rest. There seems to be a loyalty and excitement that sets it apart from many of the other facets of the automotive world. If I was going to find an answer to my curiosities, I was probably going to discover it on the grounds of Laguna Seca during the fifth annual Porsche Rennsport Reunion. 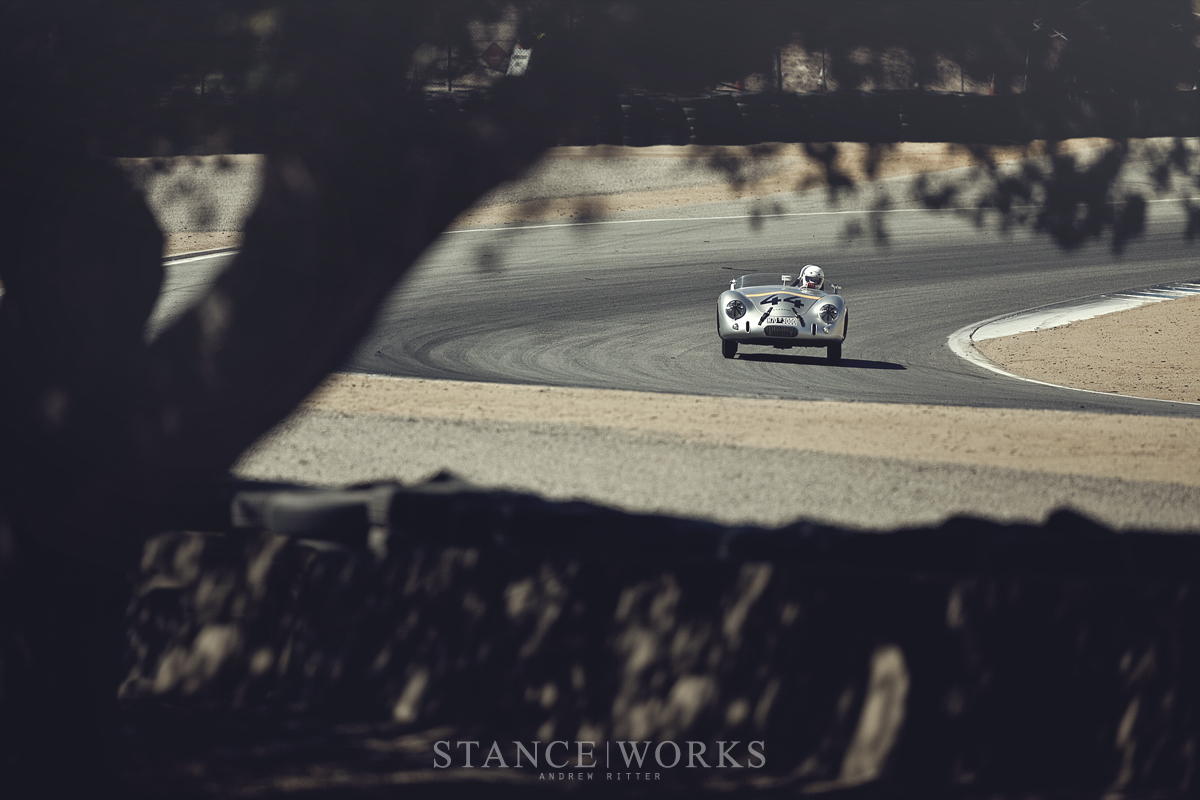 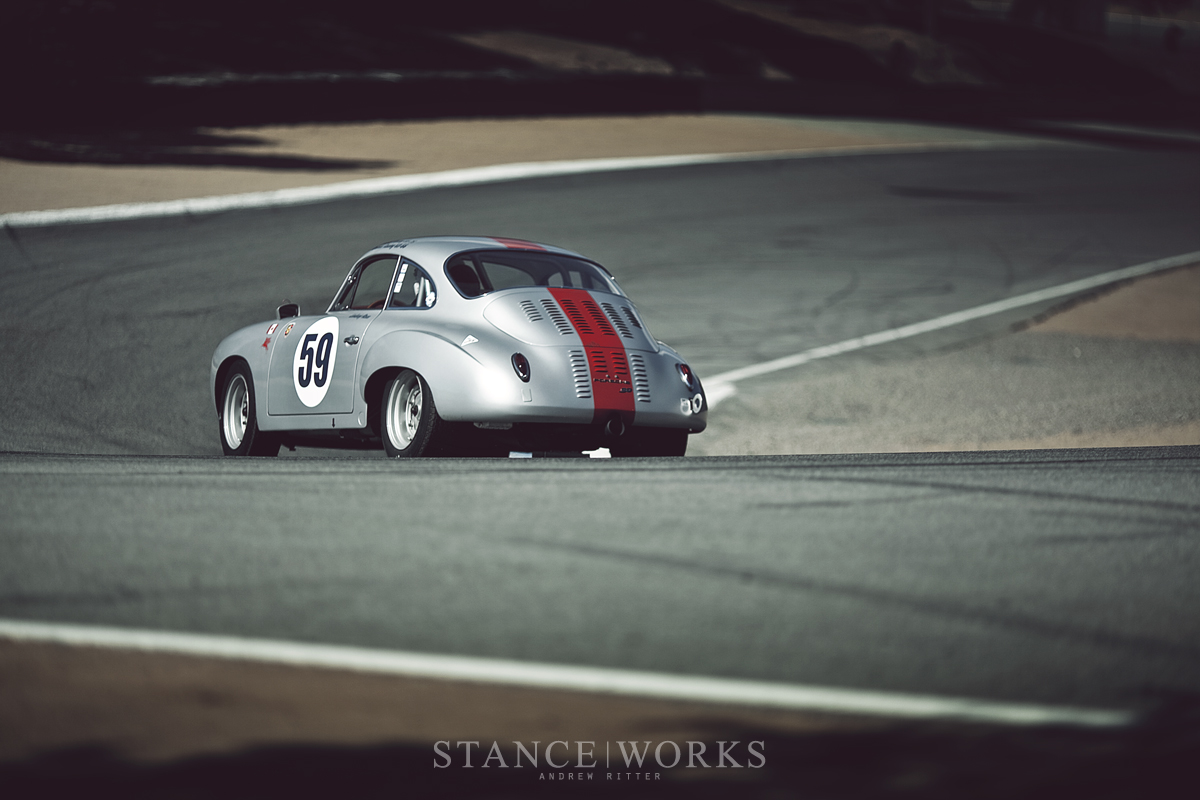 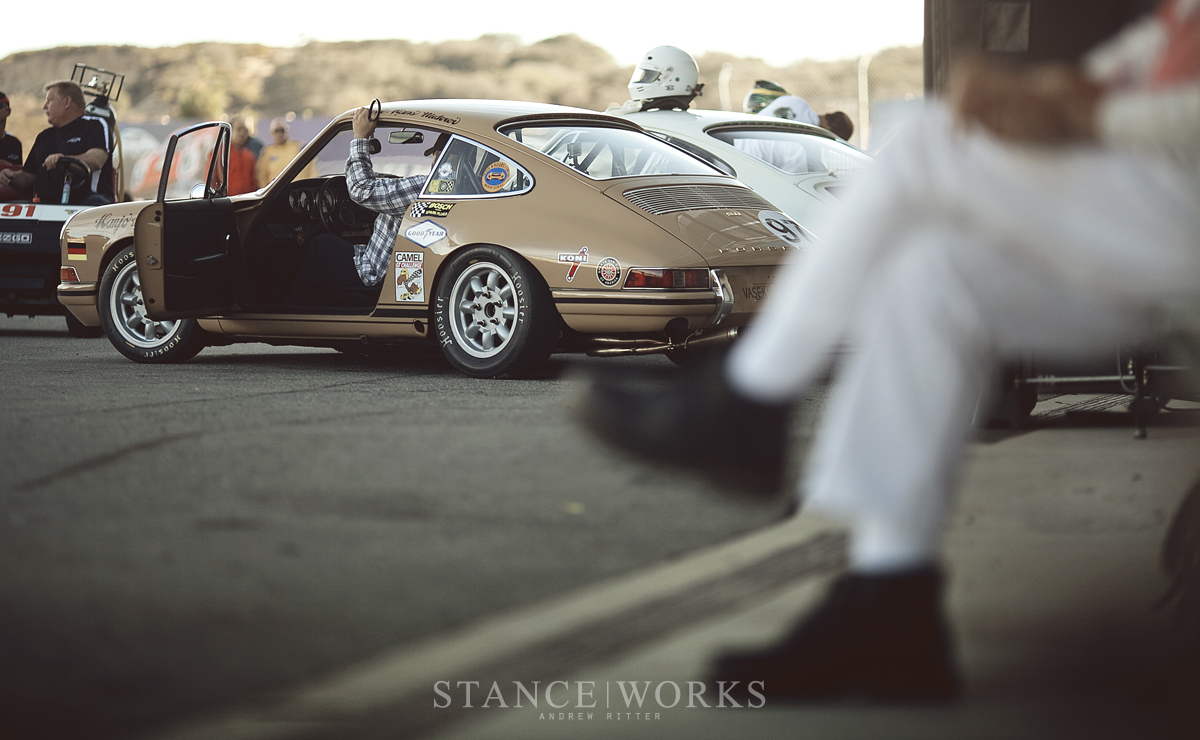 Over 57,000 fans followed their hearts towards the flat-six engine sounds and invaded the small coastal town for a weekend celebrating Porsche's legacy. Caravans of 911s trickled in from all directions, taking the backroads to Mazda Raceway Laguna Seca. Before long, much of the field was filled with 911s ranging from the early 356s, through the aircooled 911 generations, and up to the very latest 991s and 918s. Every model was in attendance and representation for each was hardly lacking. But what ignited the strong passion in each of these owners that drew many of them in from all corners of the country, and in some cases the world? 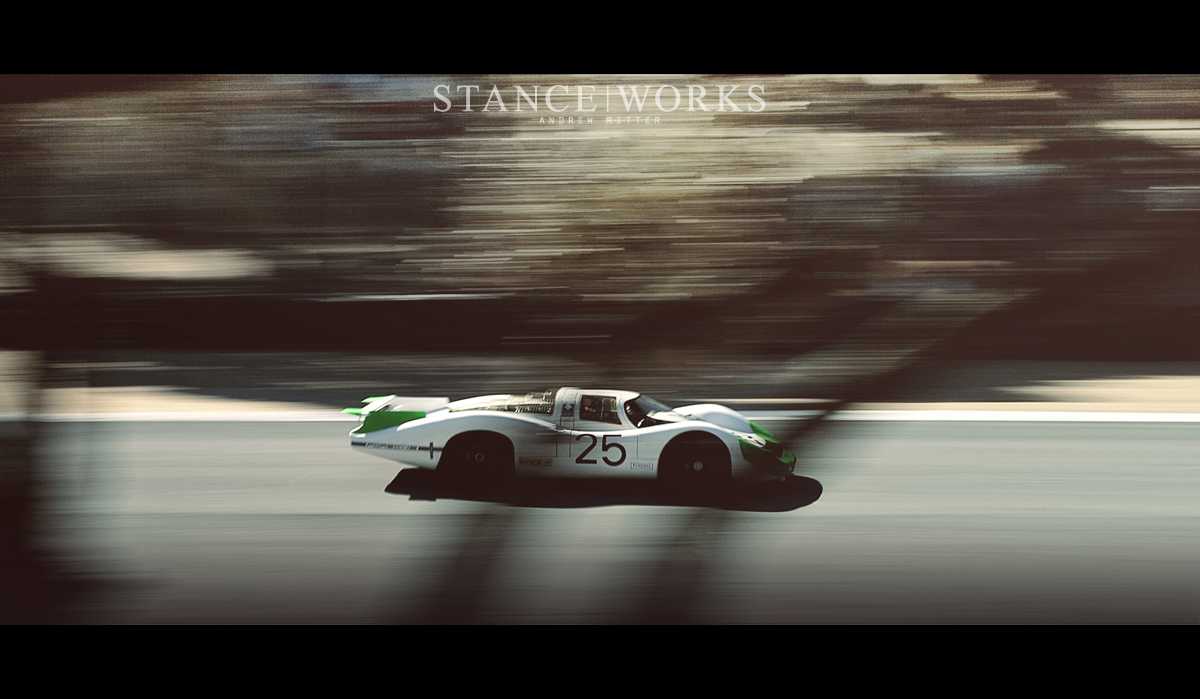 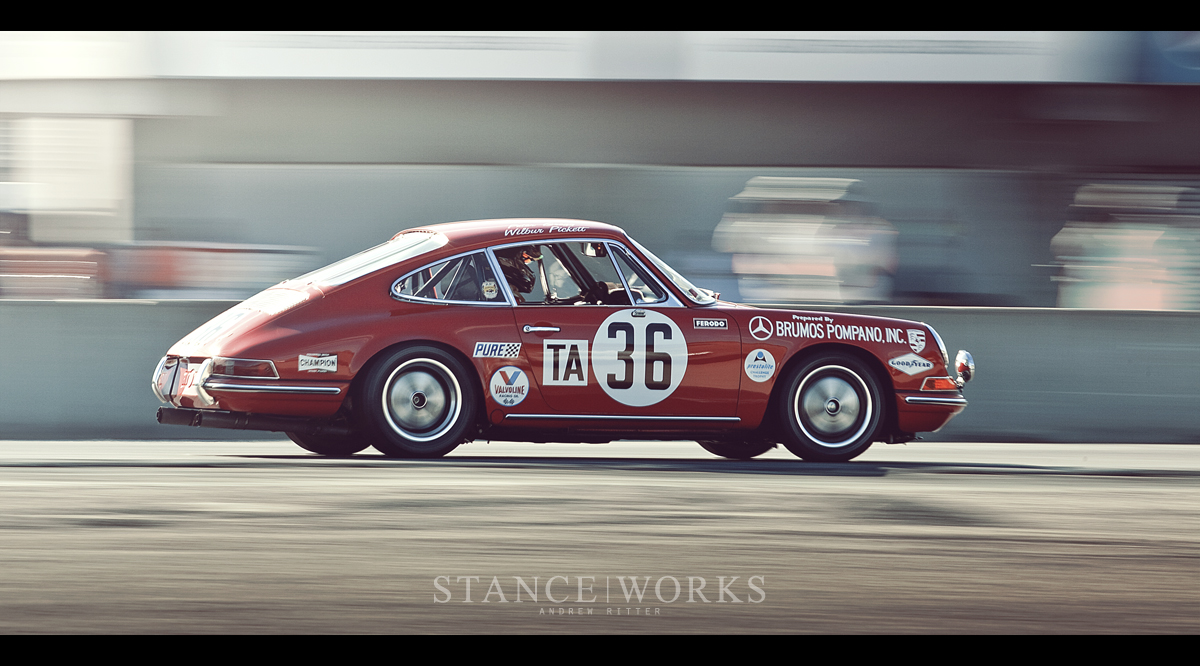 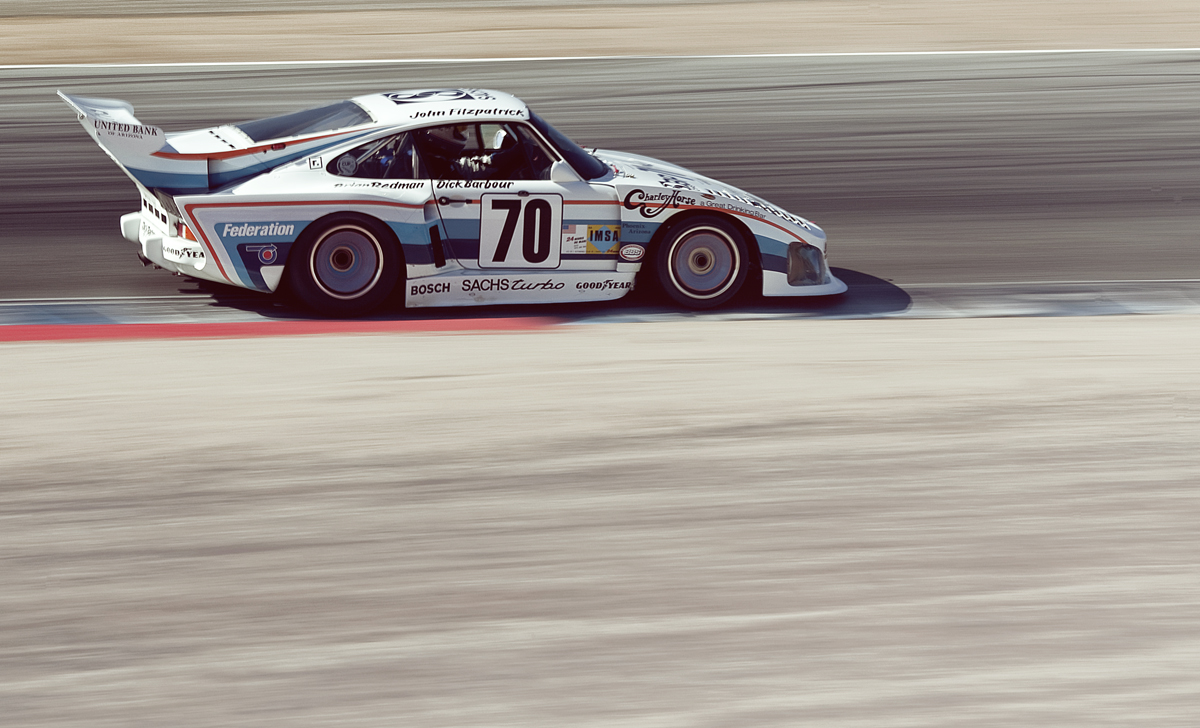 My first consideration was perhaps the most obvious one: motorsports. Since its founding, Porsche has kept performance at the forefront of their ideology. While I have always known that Porsche's heritage in racing was one of the largest in the world, I never truly grasped the breadth of which their history reached until I began to wander the paddocks of Rennsport Reunion. 100 Concours race cars were on display while 320 Porsche race cars filed through the pre-grid to race in 7 separate classes over the weekend. 50 of Porsche's past drivers, a list boasting of many legendary names, returned to race the cars that had earned them spots on the podium in the past. From the very early competition cars to the latest 2015 Le Mans winning Porsche 919, the full spectrum of Porsche motorsport success traveled to California for a weekend at the track. 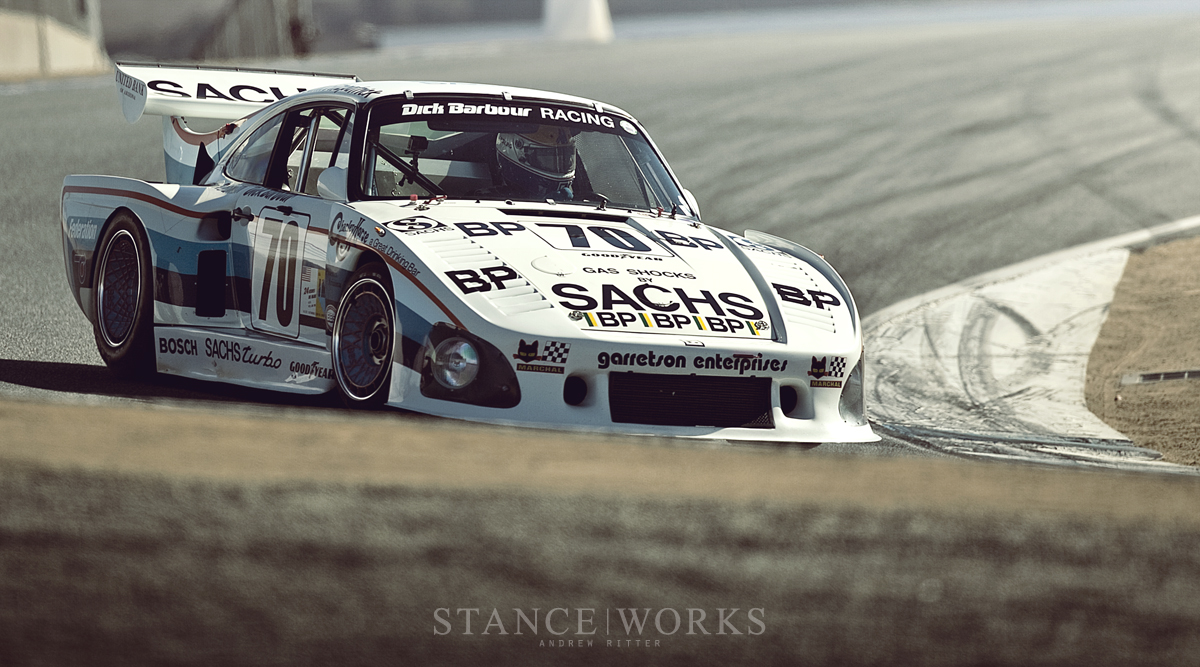 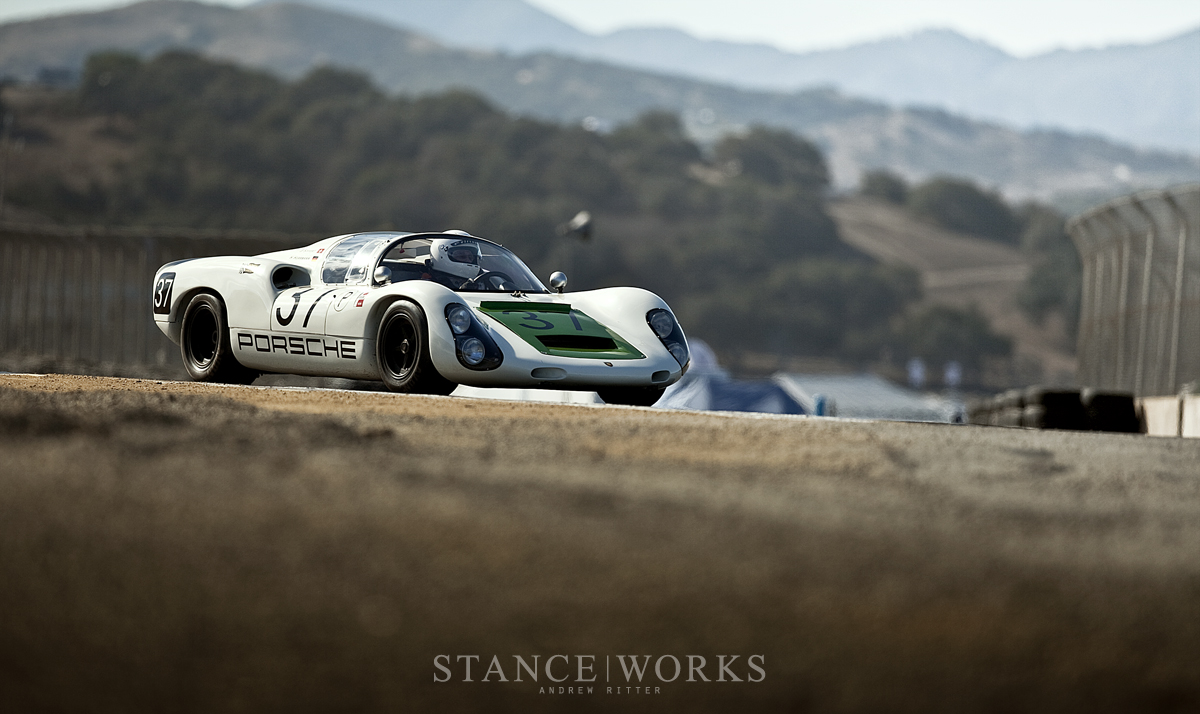 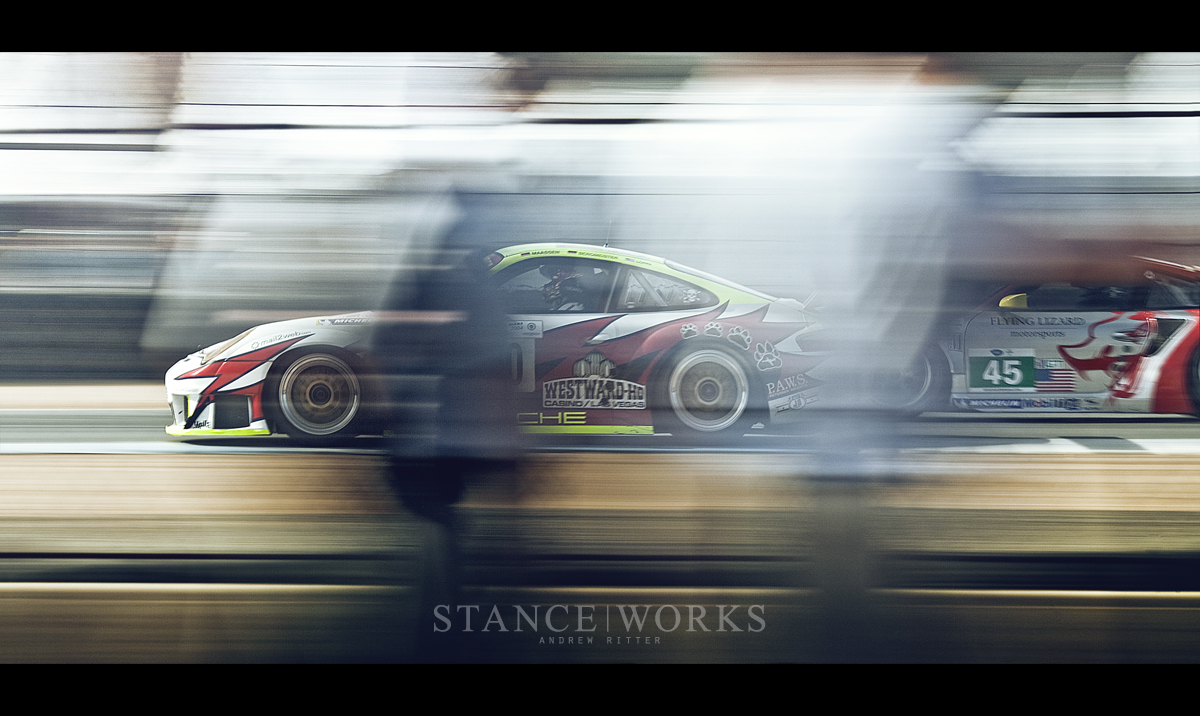 Porsche first began racing in the 1950s and continued into the 60s with only small capacity sports cars that earned numerous wins against the larger competition. From there, the Porsche 917s helped dominate the early 70s, winning numerous times at the 24 Hour of LeMans. The 911 RSR and 935 followed suit, standing at pole for many races. To this day, Porsche is still the largest manufacturer of race cars and their 991s and 919 prototypes continue the successful road of wins paved by their predecessors. As I walked each row of the paddocks, I saw evidence of this lineage. From formula cars to rally cars and from street variants to purpose-built prototypes, it was clear that Porsche had filtered into every nook and cranny of the racing world, chalking up over 30,000 wins. This passion for racing still coursed through the veins of thousands of spectators, cheering on the legends that they grew up admiring. 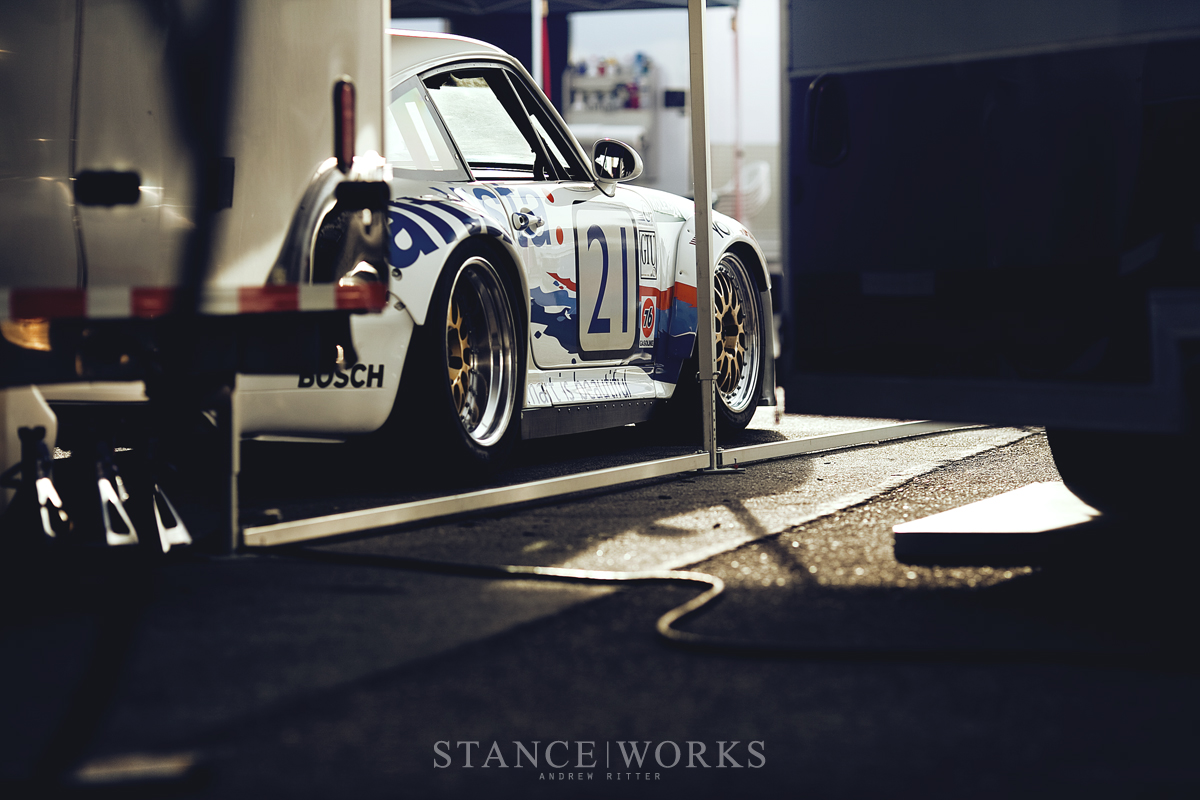 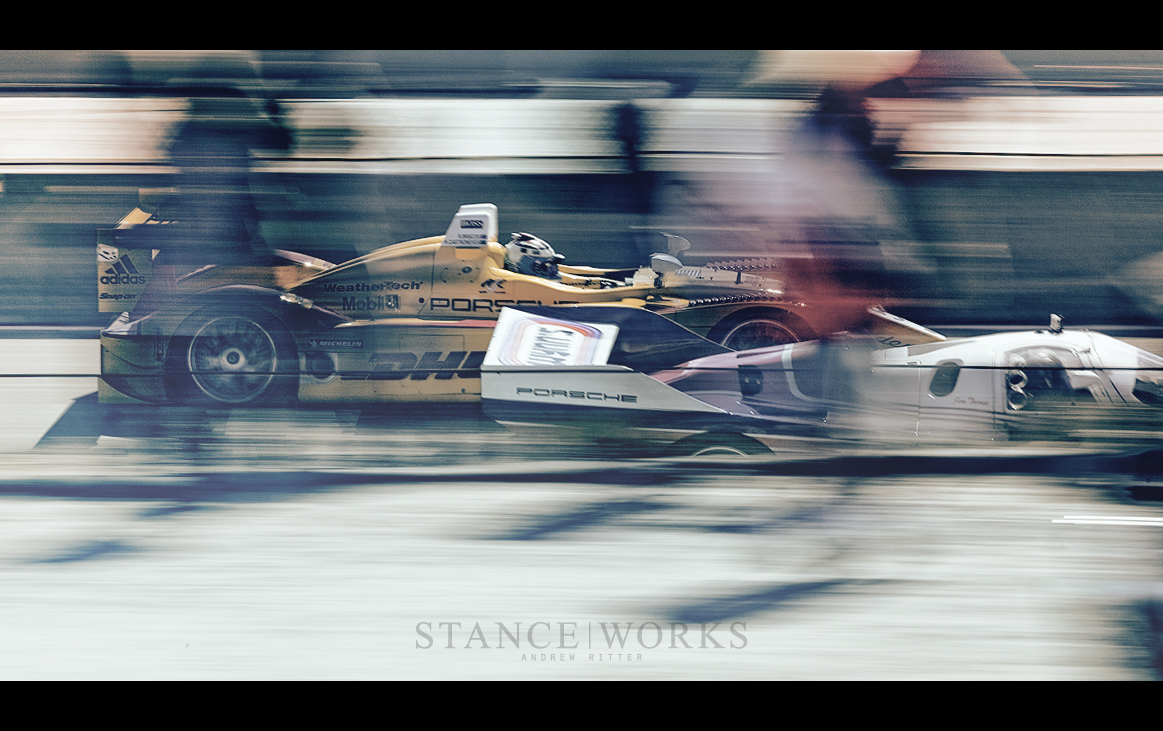 Complimenting the deep motorsport roots were the people in attendance. Famed drivers such as Jacky Ickx, Hurley Haywood, and Derek Bell were on hand to speak with the fans in attendance while the modern day Porsche werks drivers, Patrick Long and Jörg Bergmeister, got behind the wheel of Porsche's history for fast laps around the 11-turn course. Jeff Zwart, the esteemed Porsche racer and film director, rushed around the infield, capturing each exciting moment of the festivities. Porsche builders, Magnus Walker and Rod Emory, had their cars on display for all to see and classic collections from the likes of the Ingrams, Rev Institute, and Gunnar Racing added to the awe inspiring plethora of automobiles. The PCA members, Porsche owners, and fans brought an energy and excitement that spread through the paddocks, over the corkscrew hill, and into the camp grounds. 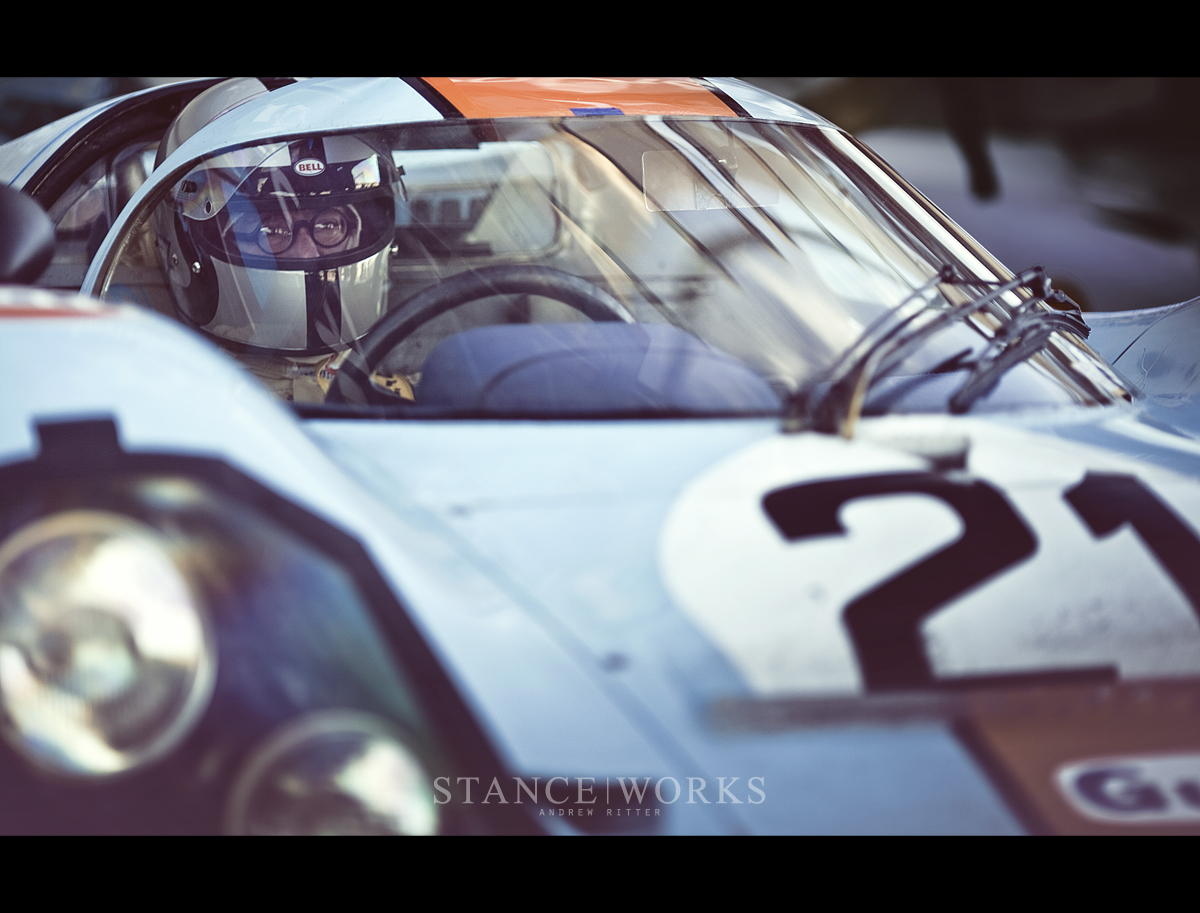 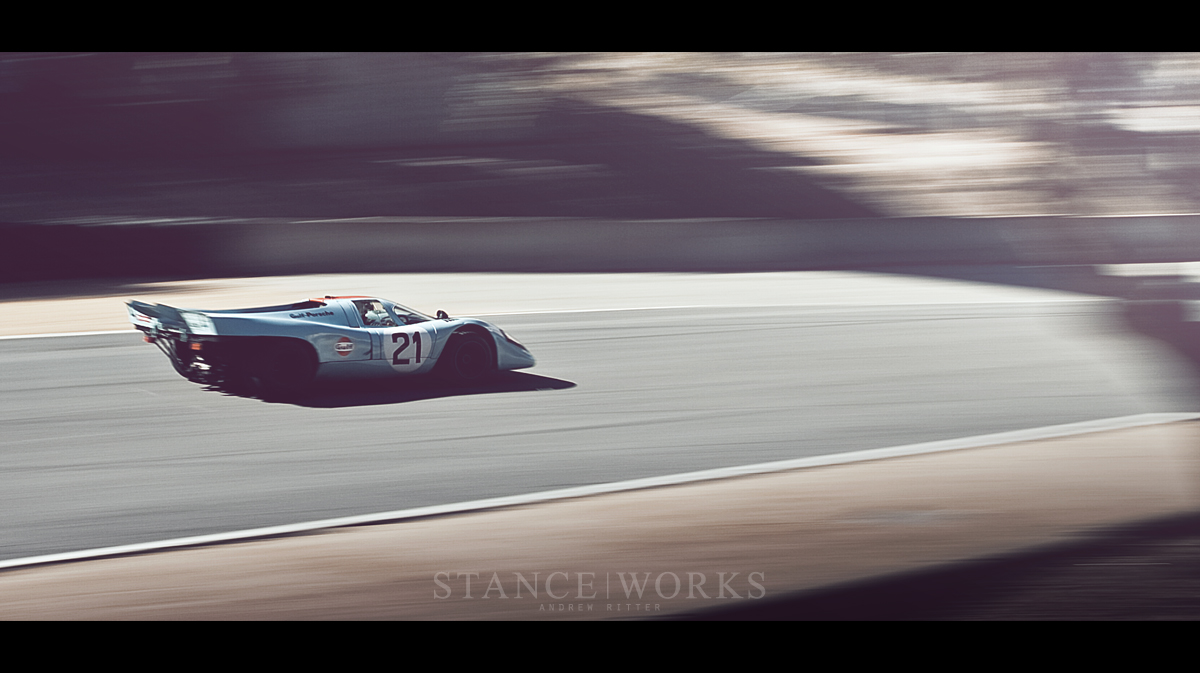 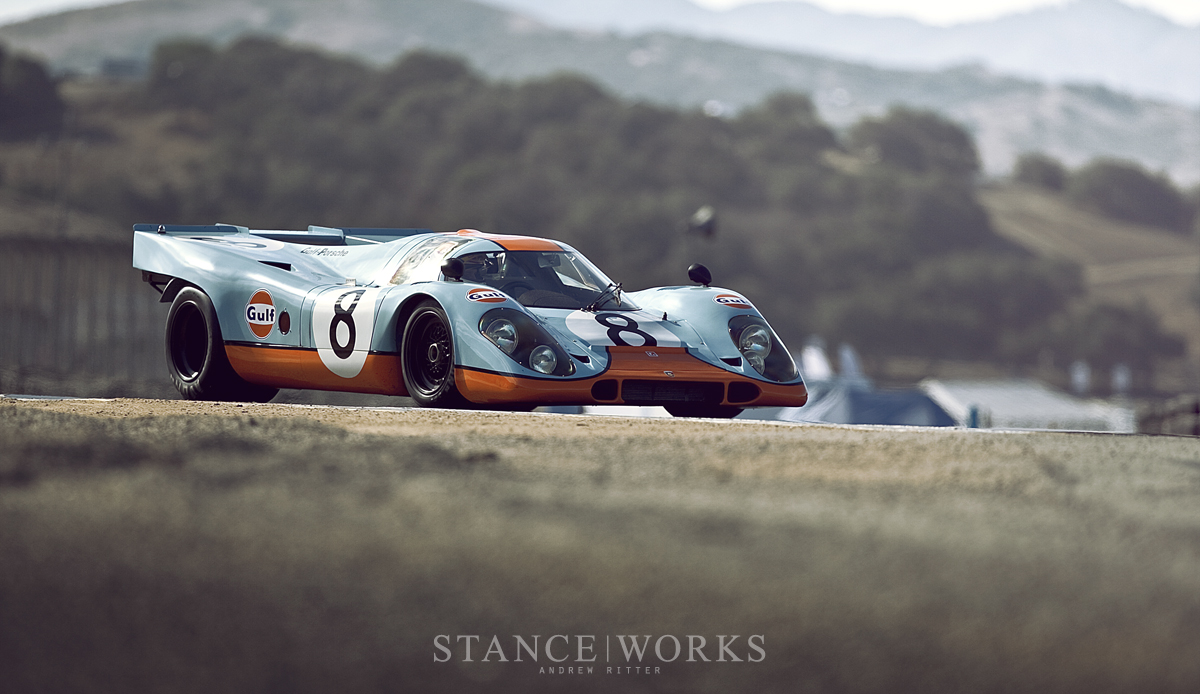 After spending a 4 day weekend at the track surrounded by the elements that act as a strong foundation for the Porsche enthusiast community, I began to understand the unique loyalty and regard that fans seem to hold for the brand. Porsche's motorsport philosophy has remained strong for decadesy and it resonates with fans all over the world. Through years of hard fought championships, Porsche drivers have earned their spot in the record books and exemplified the brand's purpose with their determination and expertise. Together these elements have built a large following of avid Porsche fans, so it's great to see Porsche doing their part and celebrating their history with events such as Rennsport Reunion. 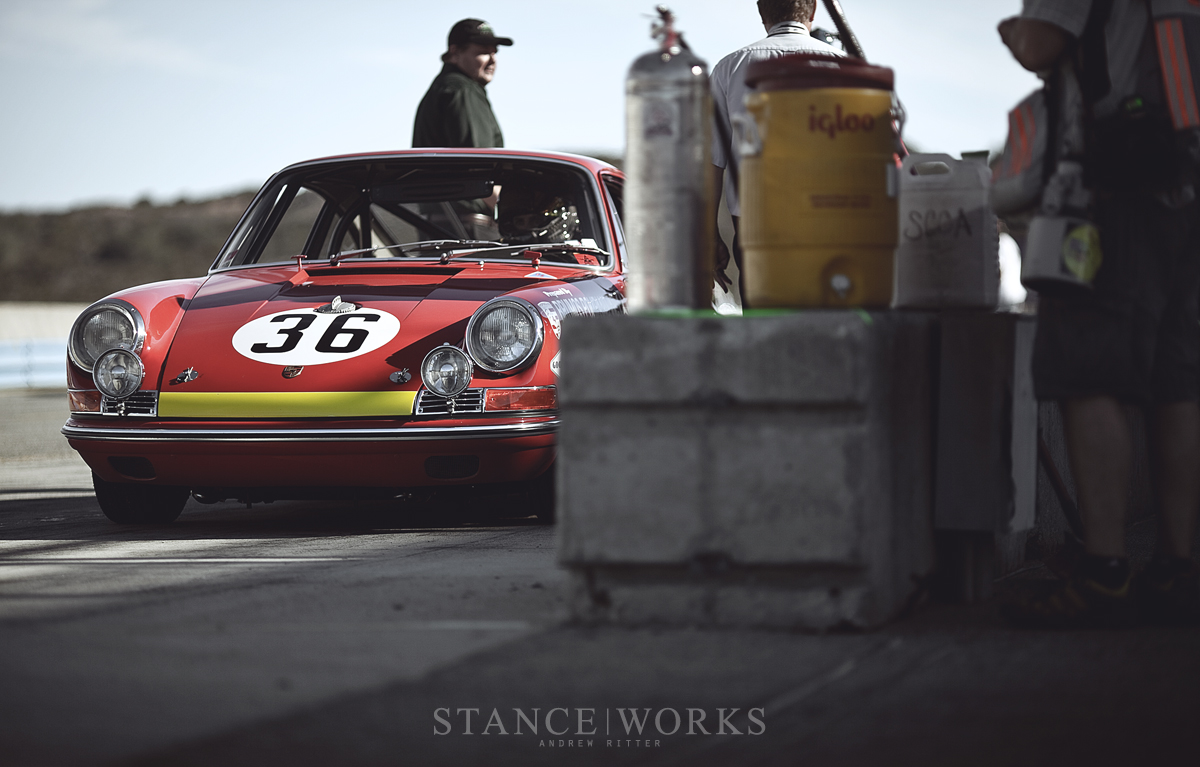 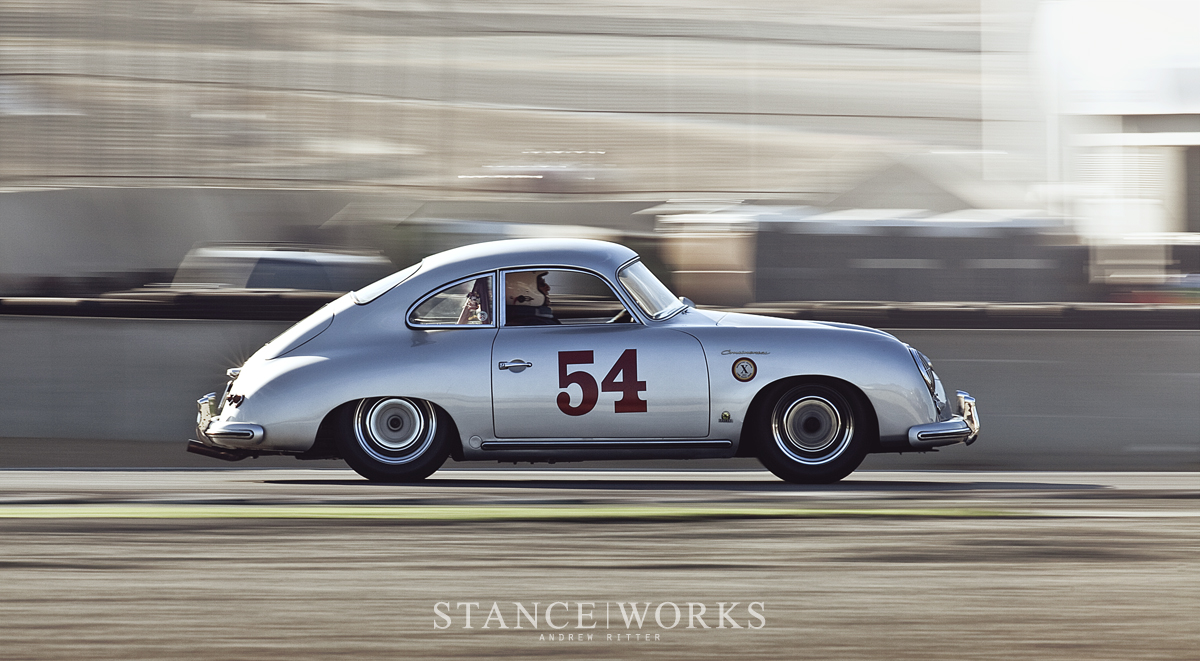 The resounding impression on the way home from the Rennsport Reunion was that there was almost too much to take in. Everywhere I turned there was a historical car that I had seen countless times before in the archives and all around the internet. As soon as I got closer to look at the details, another car captured my attention and enticed me further down the row. I quickly loaded memory card after memory card with the shutter clicks of my camera as each race class seemed better than the last. As I watched fans cheer on the 917s and gasp as the 935s dove into the corners, fighting for the lead, I quickly began to realize that the fervor that surrounded Porsche came from these moments at the track and the shared memories between spectators. I left Rennsport Reunion with an even greater respect for Porsche and I will eagerly await the announcement of Rennsport Reunion VI. There's no question...I will be returning to witness the excitement all over again. 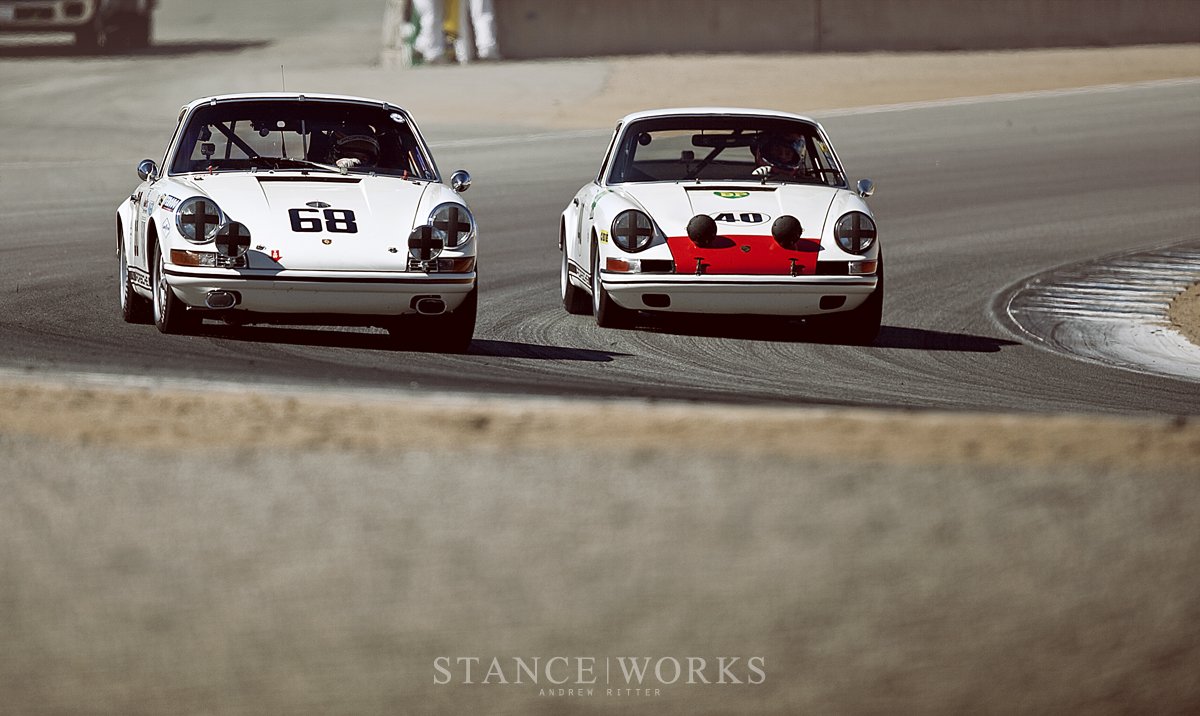 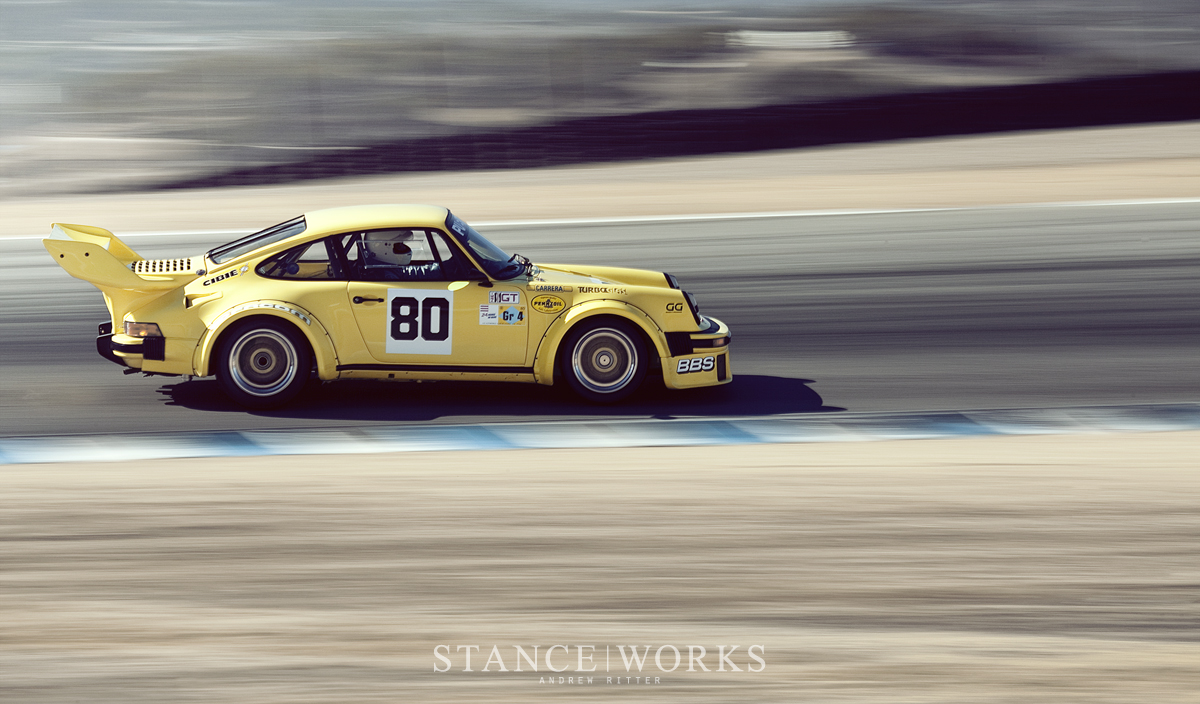 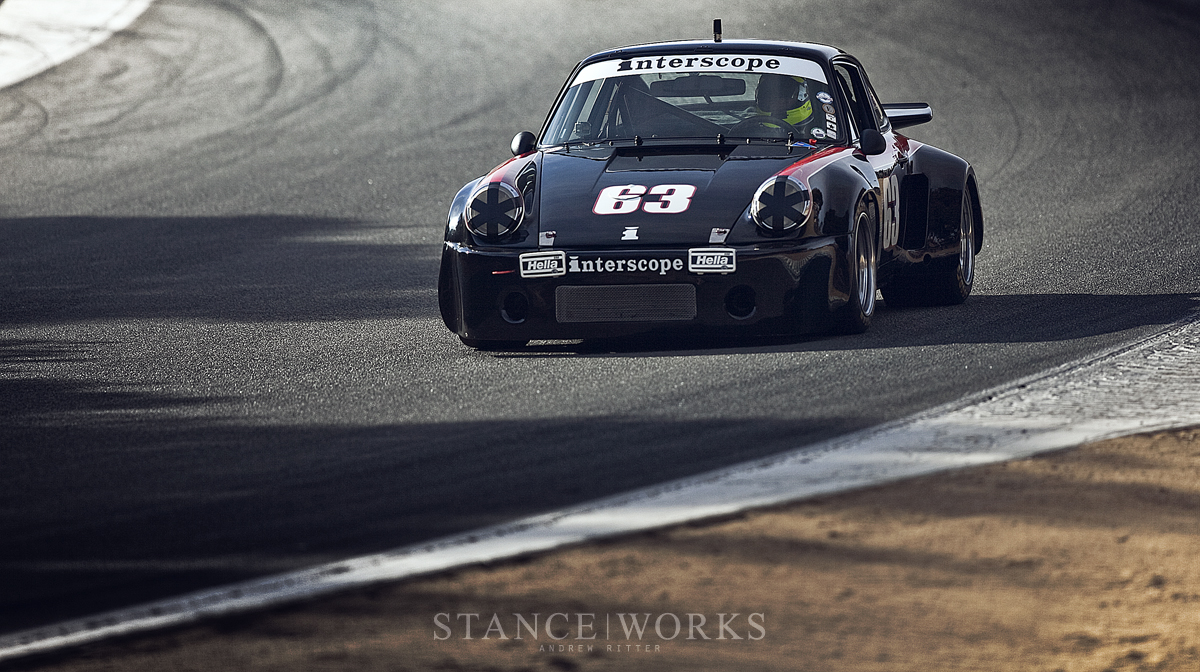 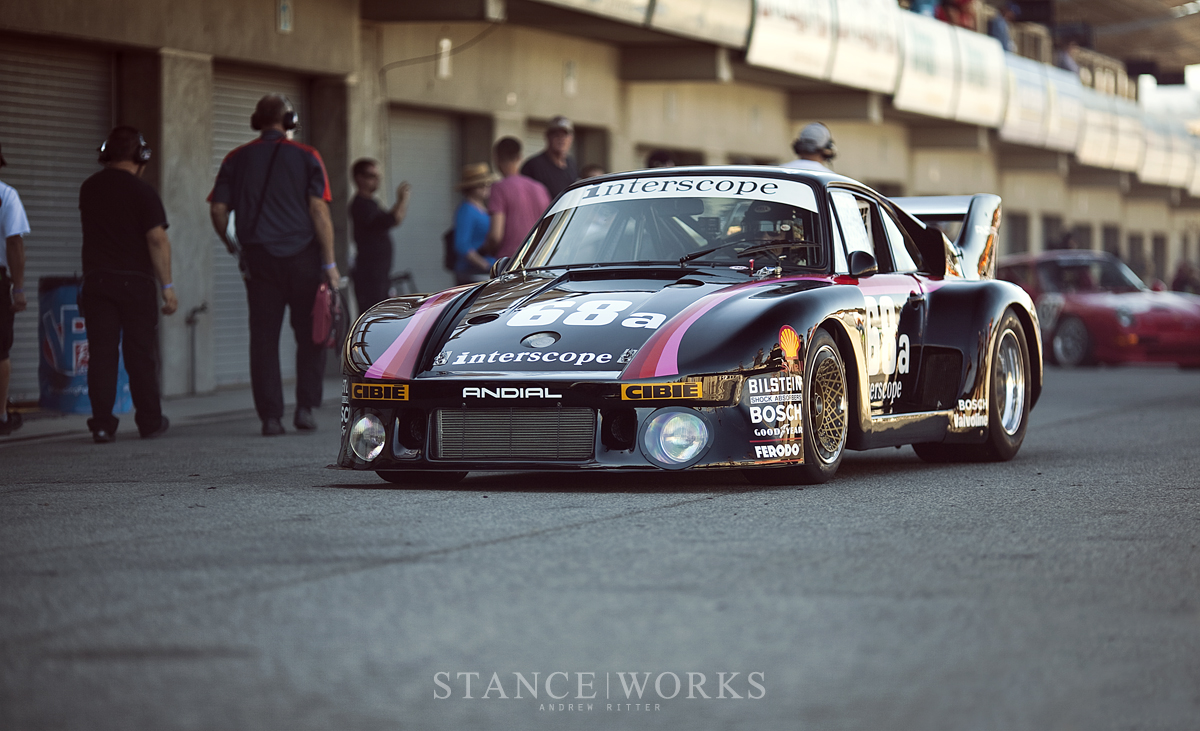 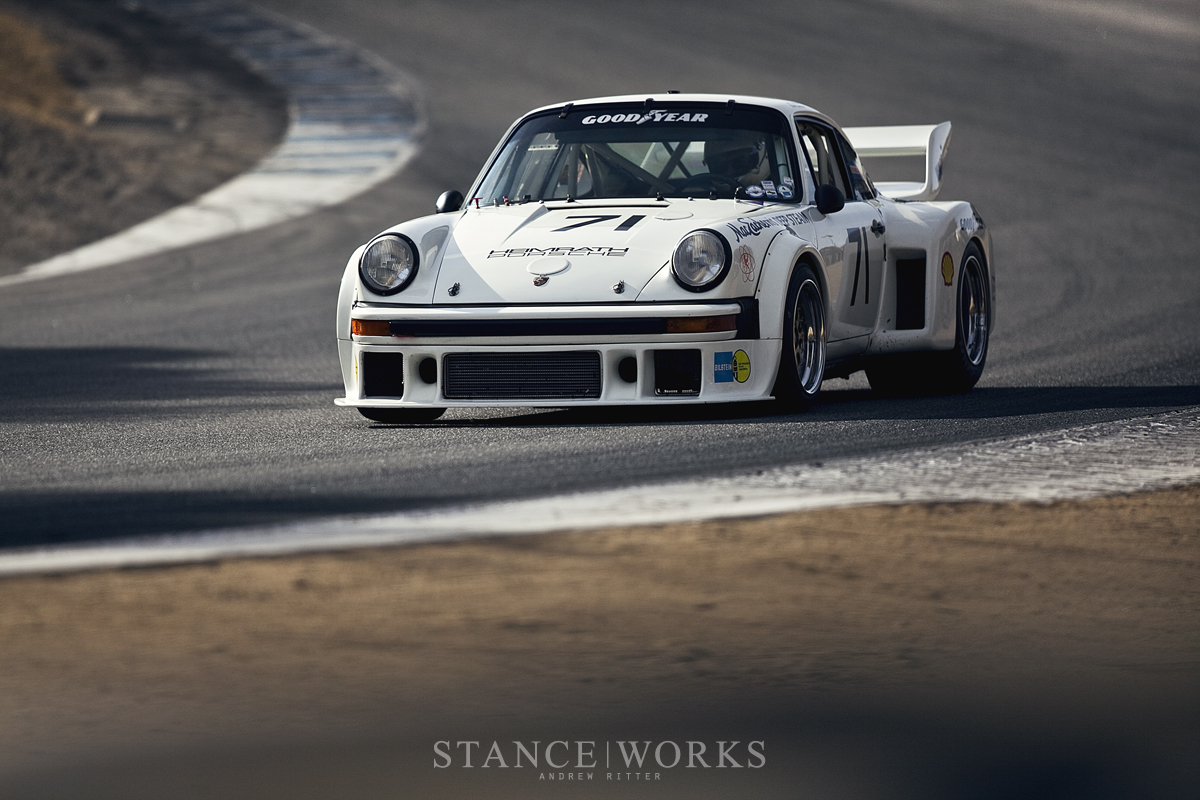 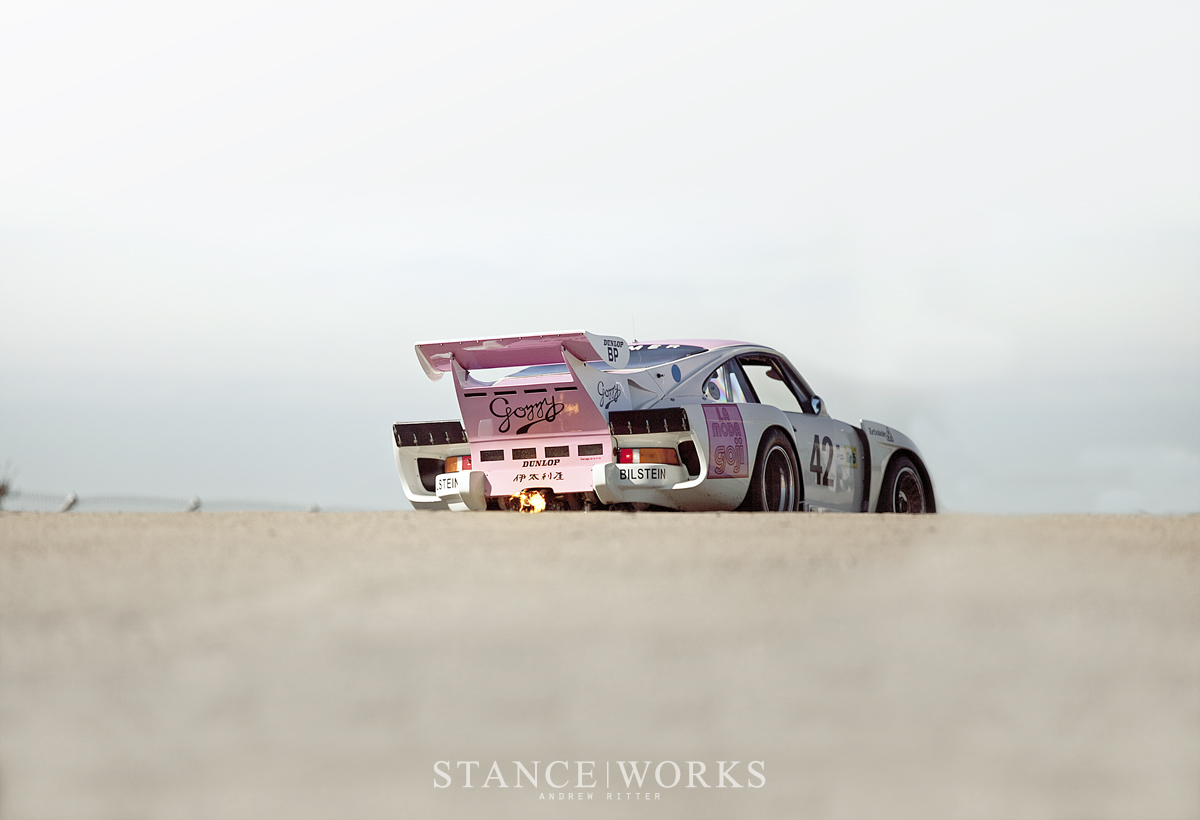 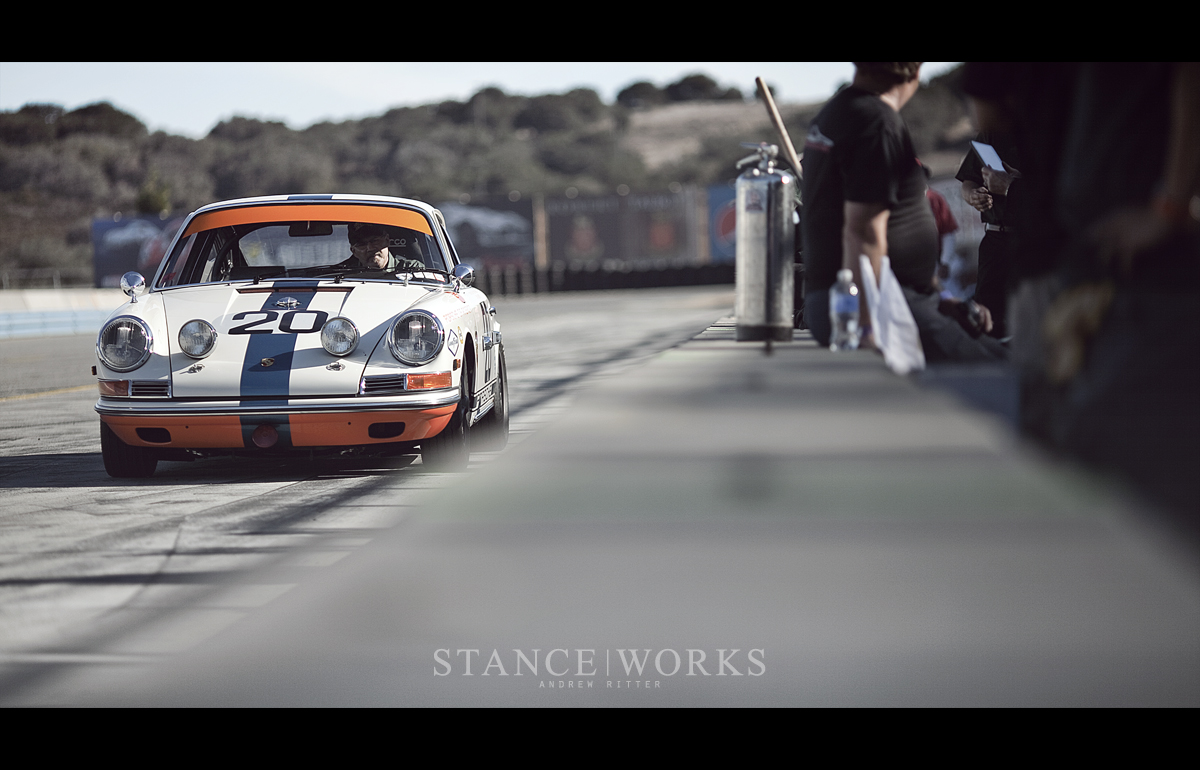 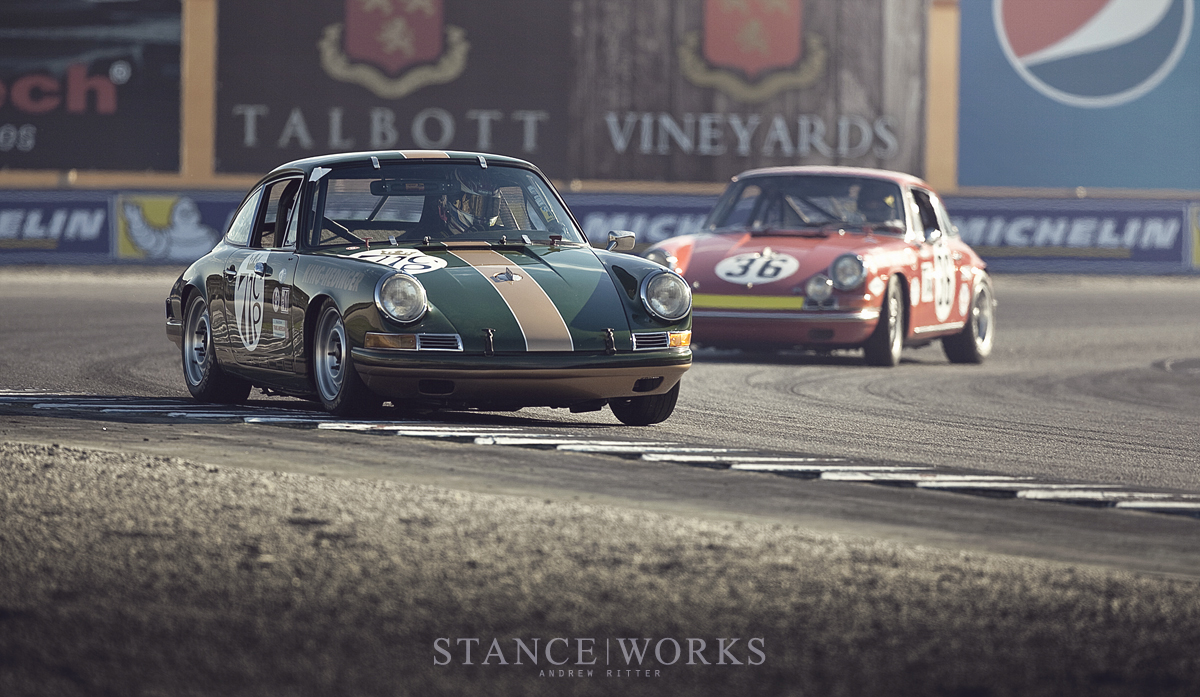 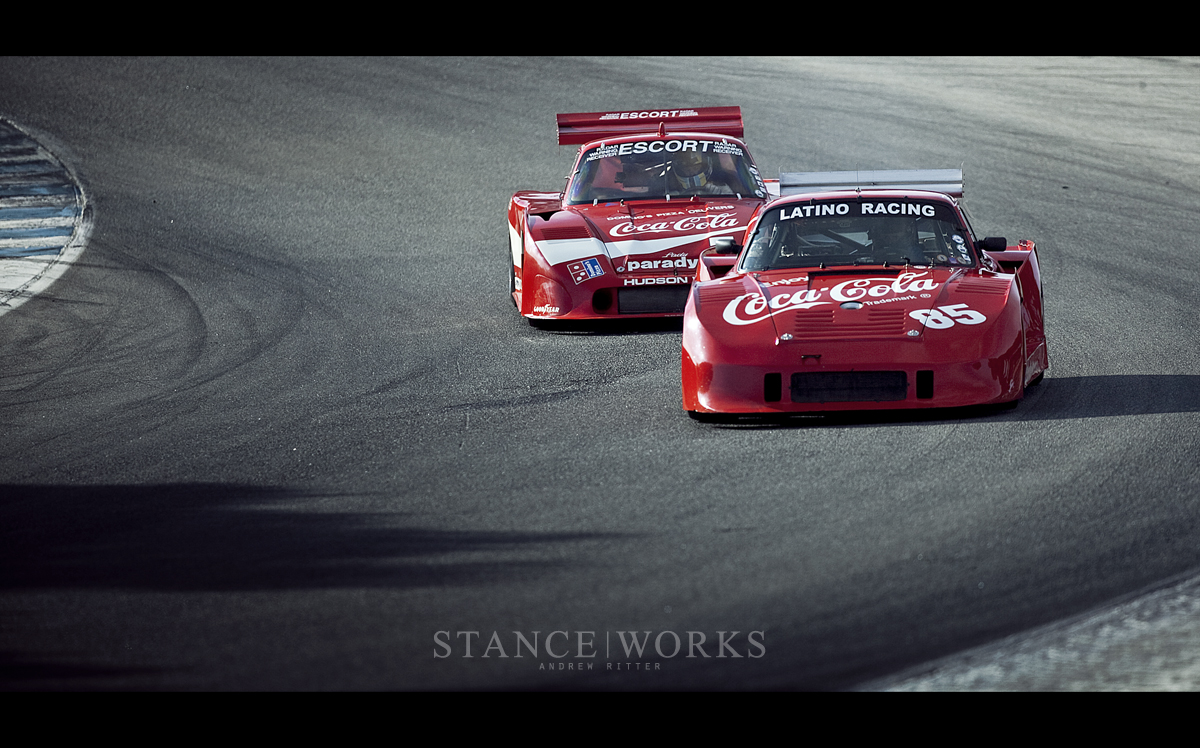 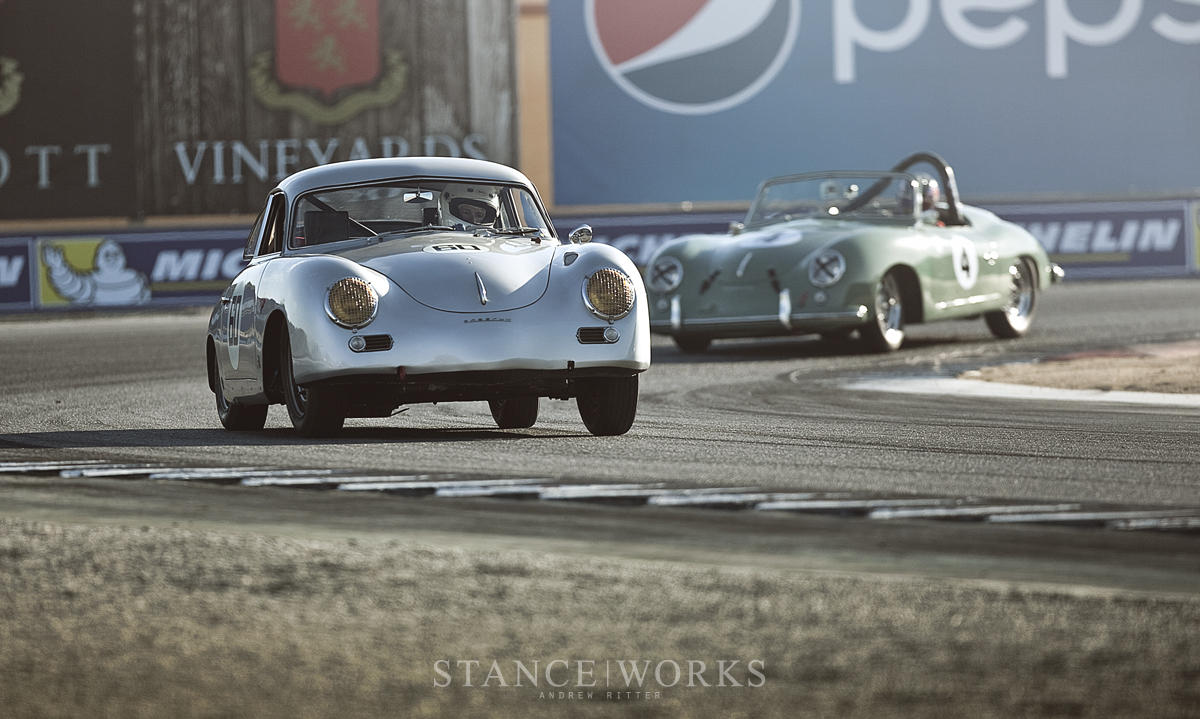 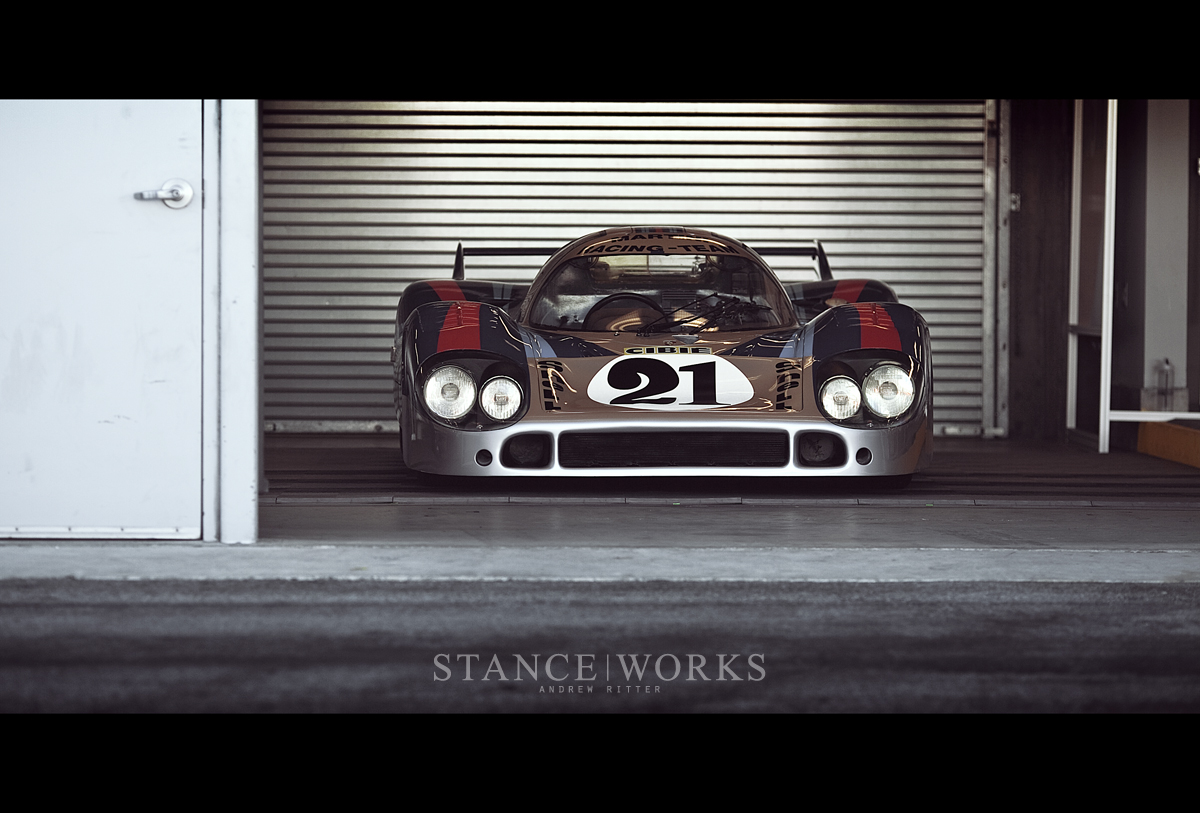