Fast cars are built in massive shops with slick floors, white walls, and a team of guys who really know what they’re doing, all with big name sponsors and corporate funding. 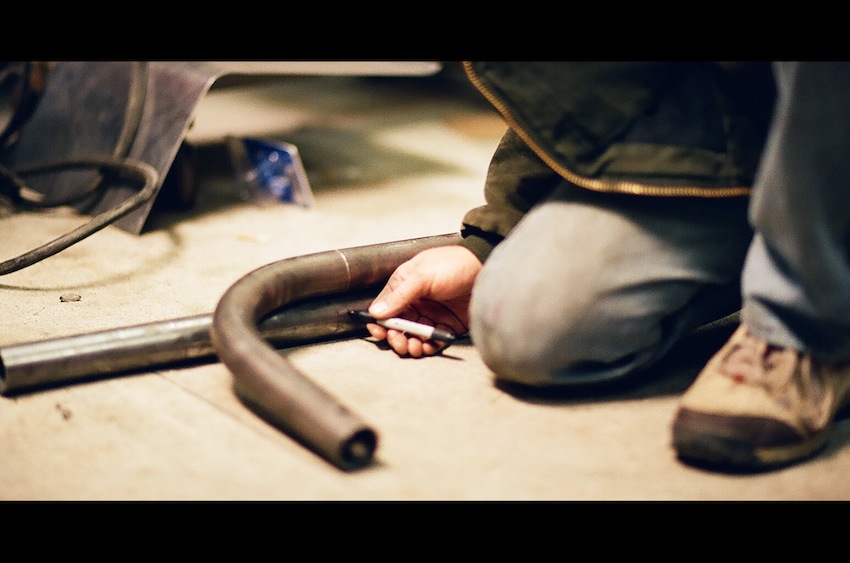 But the fastest cars are built on the rough concrete floors of back-woods shops, where the walls lean in just a bit, the roof leaks in a spot or two, and the insulation against the walls might be fiberglass… or it might be the old boxes of car parts collected over the years.

The fastest cars are built by the one guy who knows exactly what he’s doing, and has secrets he’s willing to share… if you’re on his good side and can offer him a pack of cigarettes.

It's not necessarily being the fastest that is important though. It's the fact that it doesn't take a six-digit budget and a shop that looks like a TV set to build something that truly stands out. The more time I spend in Chuck's garage, the more I learn. Those little tidbits of information that, by themselves, seem so trivial, are collectively worth more than you could ever imagine. Some things schooling won't teach you. Some things you can't learn in a classroom. Some things simply have to come from the guys who have done this day in and day out since the first day they caught a whiff of gasoline. 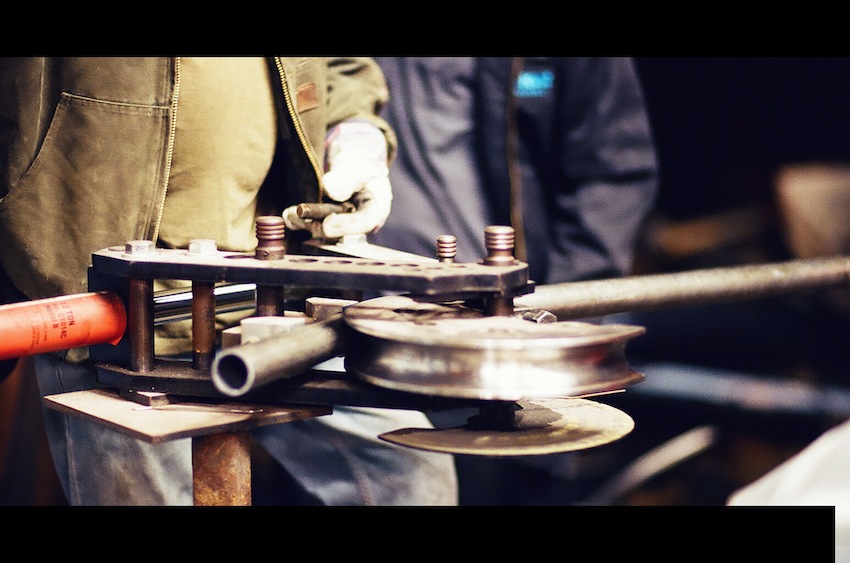 As I've said before, Chuck's main line of work is building Corvettes. As I've also said, he builds them better than anyone else... and you don't have to take my word for it. There are track records to prove it. So what is my point?

Last year when Chuck's top Vette build hit the track for the first time, it sat in the paddocks where there wasn't a soul who told him that his cage work wasn't incompetent. "That's too unconventional. There are too many bars." he was told. "That won't work." 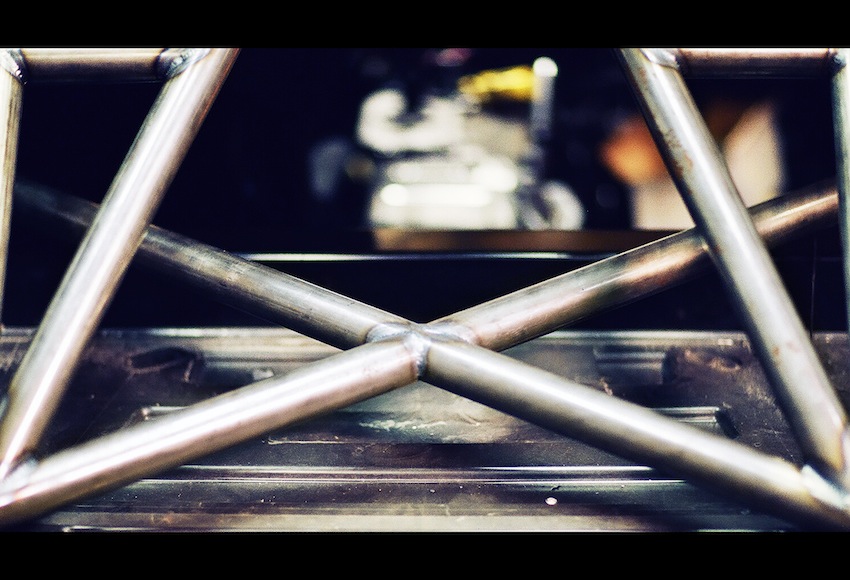 The essence of it all is that there's a shop made of plywood off to the side of a country backroad, and in that shop there's a man who makes no advertisements.  You can't look him up and find him. He sticks to clients he knows, and unless he likes you, you're not getting in... But more importantly, creations of true innovation and inspiration lie behind two big plywood doors. 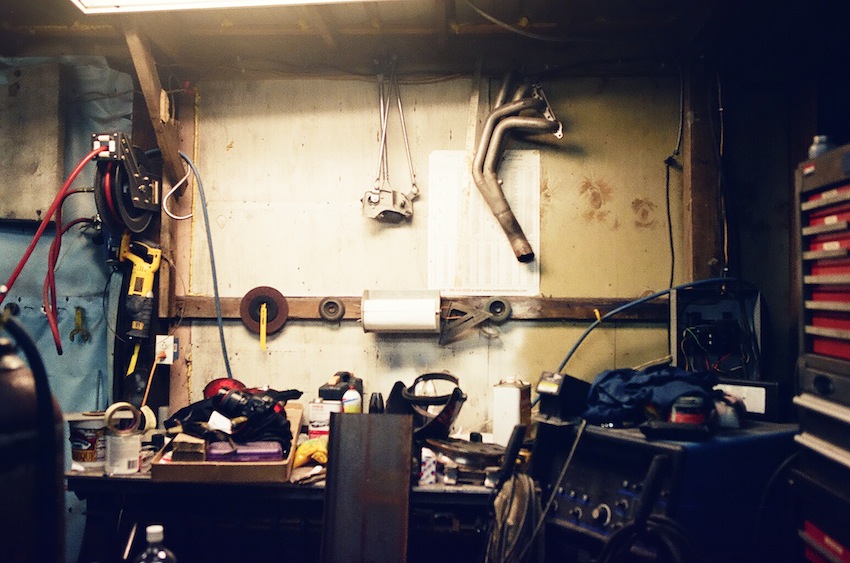 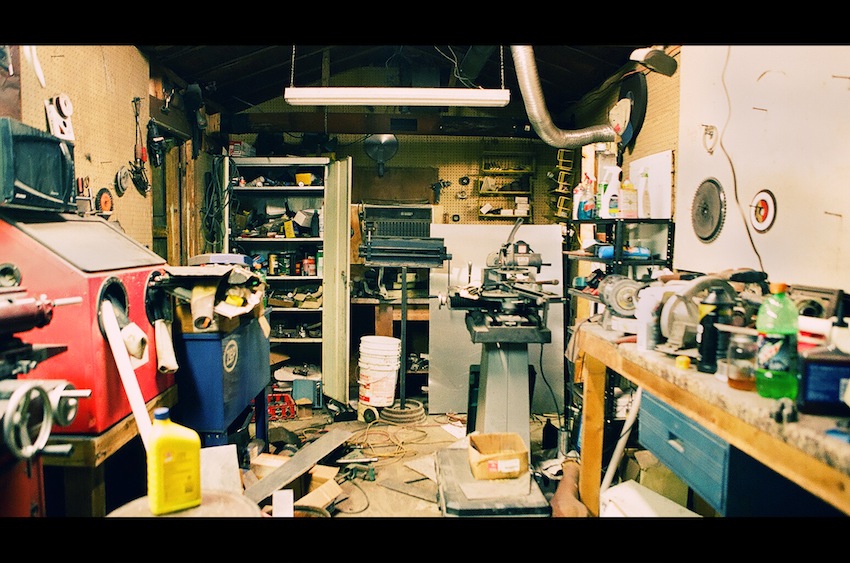 You won't build the car of your dreams by hopping on a forum, finding out what width and offset wheels everyone is running on their cars, ordering your favorite coilovers, and bolting it all together. It just doesn't work that way. If that were innovation, then chances are the next car I see on whored-out fully-polished wheels will wind up on your favorite "stance blog". This is not, and never was, a paint-by-numbers book.

You'll build the car of your dreams by creating. You'll build that car by making a mess, busting a few knuckles, and not doing the same thing as the guy in the garage bay next to you. If this scene were merely about stretched tires and low cars, it'd be the epitome of mediocrity. This community is made up of people who strive to push the boundaries of the conceivable.

As the evenings get longer and the thermometer climbs higher and higher, day by day, garage doors that have been locked shut for months open, and this season's builds hit the streets. What happens in those garages is more than just the formation of callouses on hands that have spent all winter wrenching... What happens in those garages is innovation... Innovation by people who eat, breath, and sleep automobiles.

Find your inspiration and create. Successfully "stancing" your car means nothing.