After making the pitch to the big wigs at BMW, it's a wonder if Herve Poulain ever fully realized how grand the Art Car Project would become. His vision, a series of BMW cars painted by commissioned world-class artists, was a unique take at blending automobiles with the arts. As both an art aficionado and and a racecar driver, it could be suggested that Poulain understood the importance of his undertaking, but now, 40 years later, BMW's Art Car collection stands as one of the most eclectic, remarkable, and incomparable collections of art in the world, and it all began with the work of Alexander Calder. 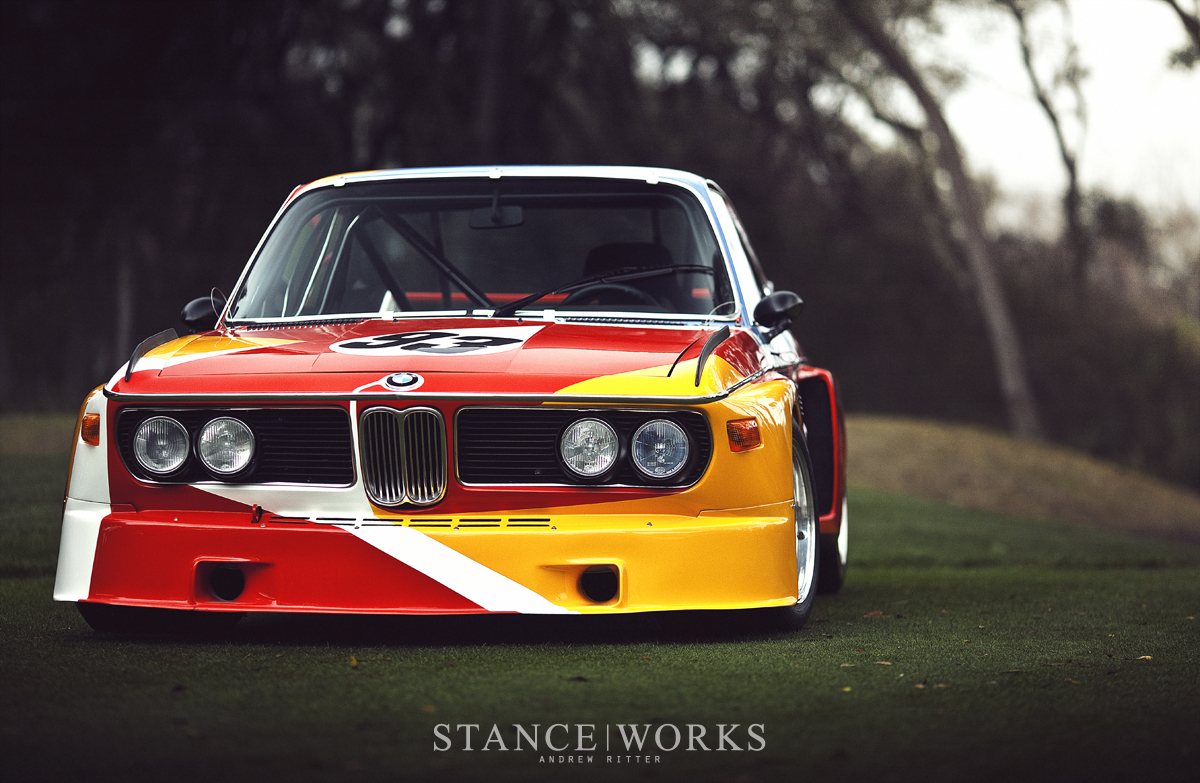 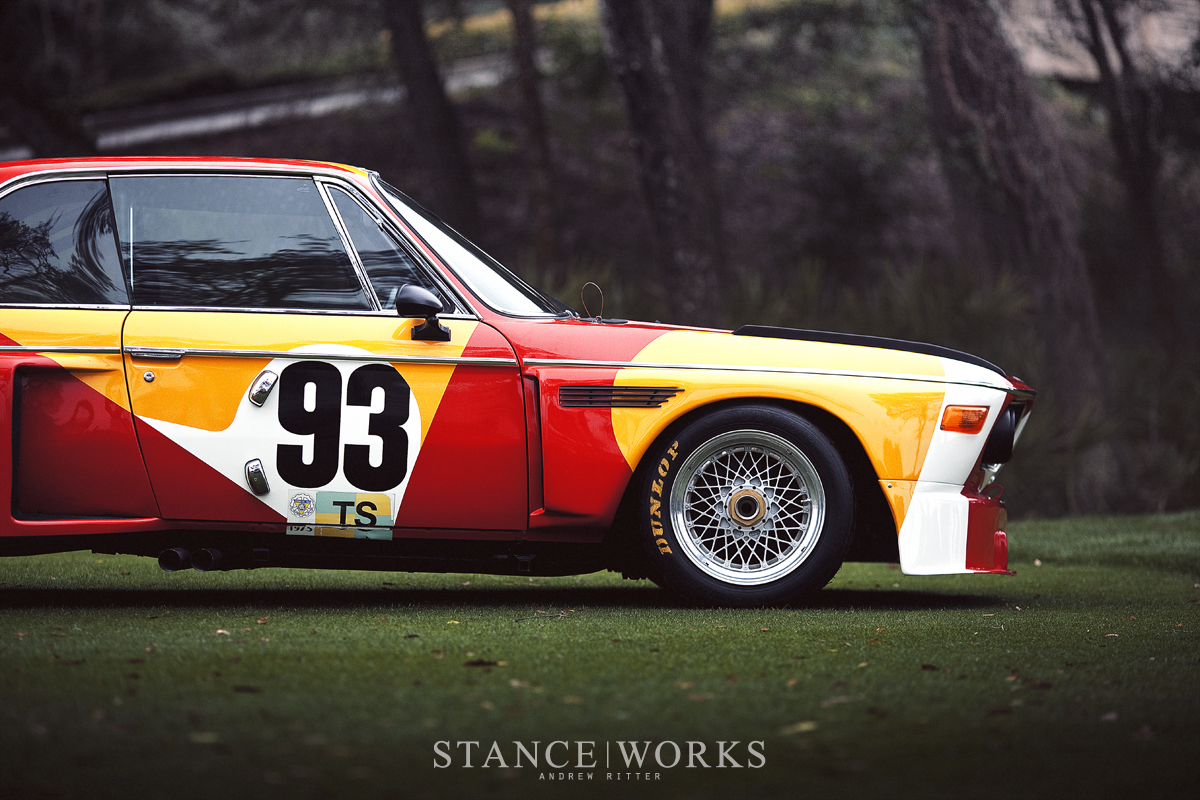 Calder's rise to prominence as an artist is most notably in thanks to his invention of the "mobile," a type of kinetic sculpture that consists of suspended and balanced elements that typically move thanks to air currents or a driven motor. Calder was also a prolific stationary sculptor,  with works scattered across the globe. His abstract style and work experiment with the interplay of color, shape, and motion. While his colors and shapes were often elementary in nature, usually consisting of the primary tones and simple elements, the way in which they balanced with each other and floated around the mobile was poetic and graceful. Calder was able to create an equilibrium between the simple and the awe-inspiring, and with the same mastery of balance, he was able to suspend the shapes and lines that were once relegated to paper and allow them to dance overhead. 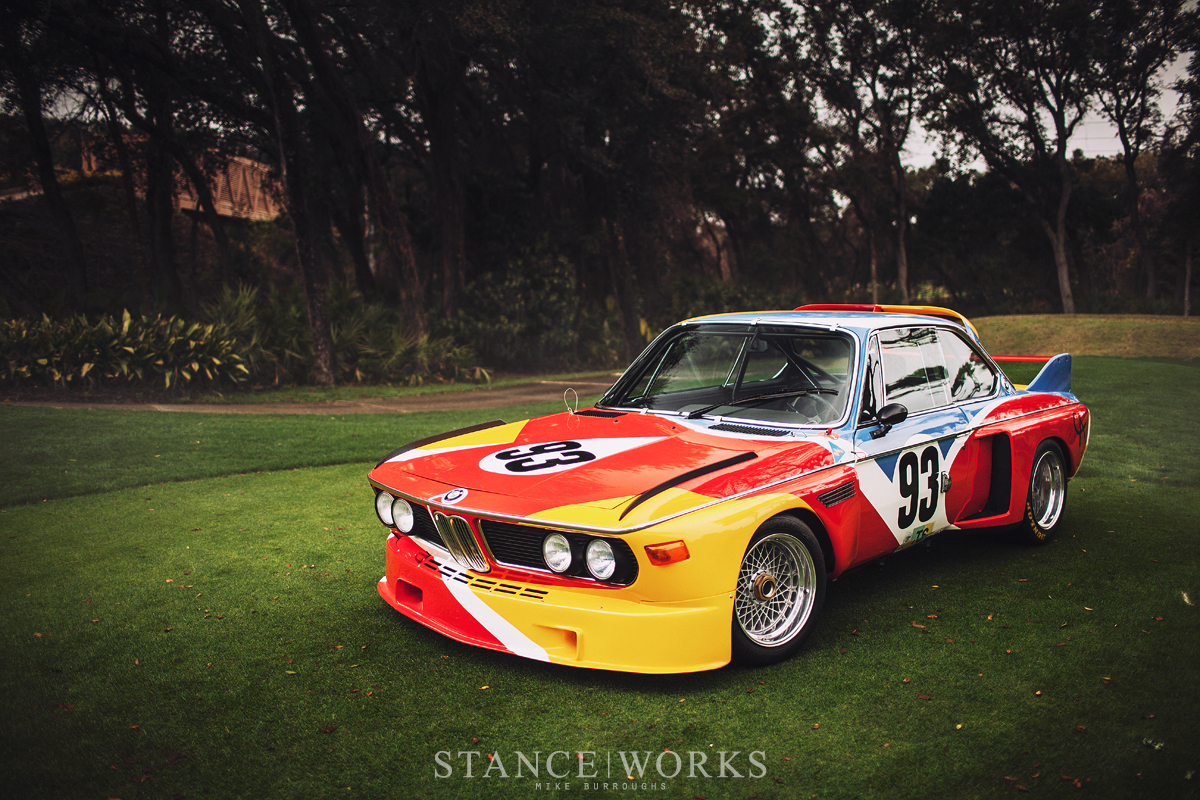 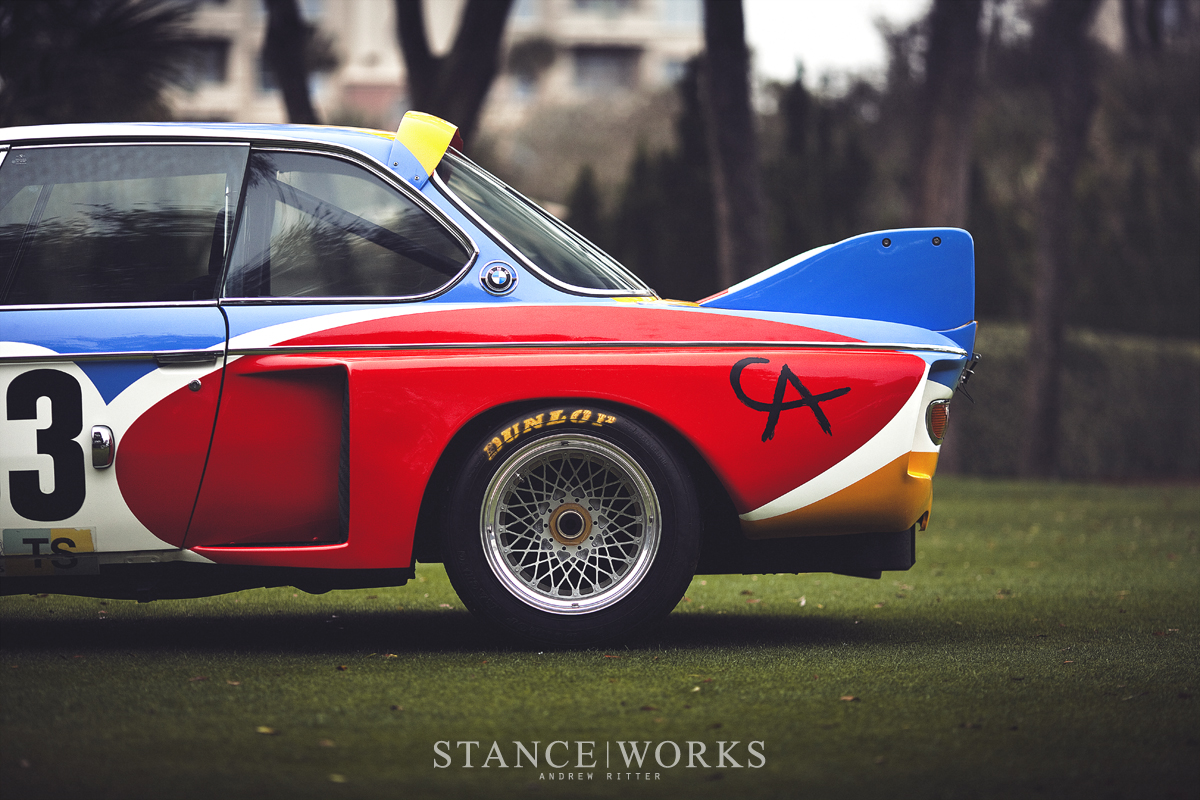 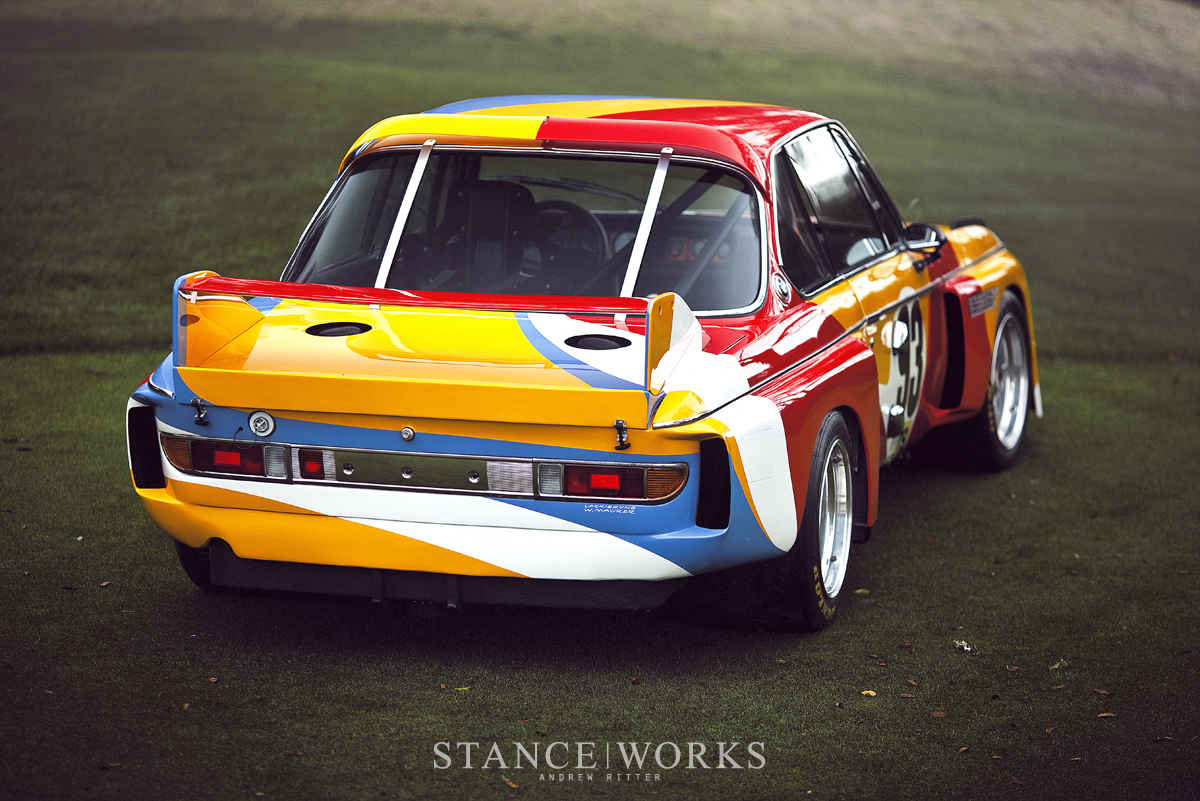 As friends, it made sense for race car driver Poulain to commission Calder for the first piece: a 1975 3.0 CSL. For Calder, the challenge was unique: interpolating his art and style upon a predefined "canvas" by utilizing the E9's lines, shapes, and figure as the basis for a creation all his own. As with much of his work, Calder used primary colors and ignored the boundaries of the car predefined by BMW. Instead of following the car's form, Calder added to it, with lines, shapes, and contours that dance from nose to tail. Red lines cut across yellow expanses as the blue weaves it's way around the driver's side. The round white number placards that mark the doors of many classic race cars remain, but have been pulled into the mix, meshing with the other colors and adding an element of their own.  It's hard to mark exactly what leaves us with this feeling of reverence for the Calder E9, but something about the colors and visual movement seems so fitting for the CSL race car. 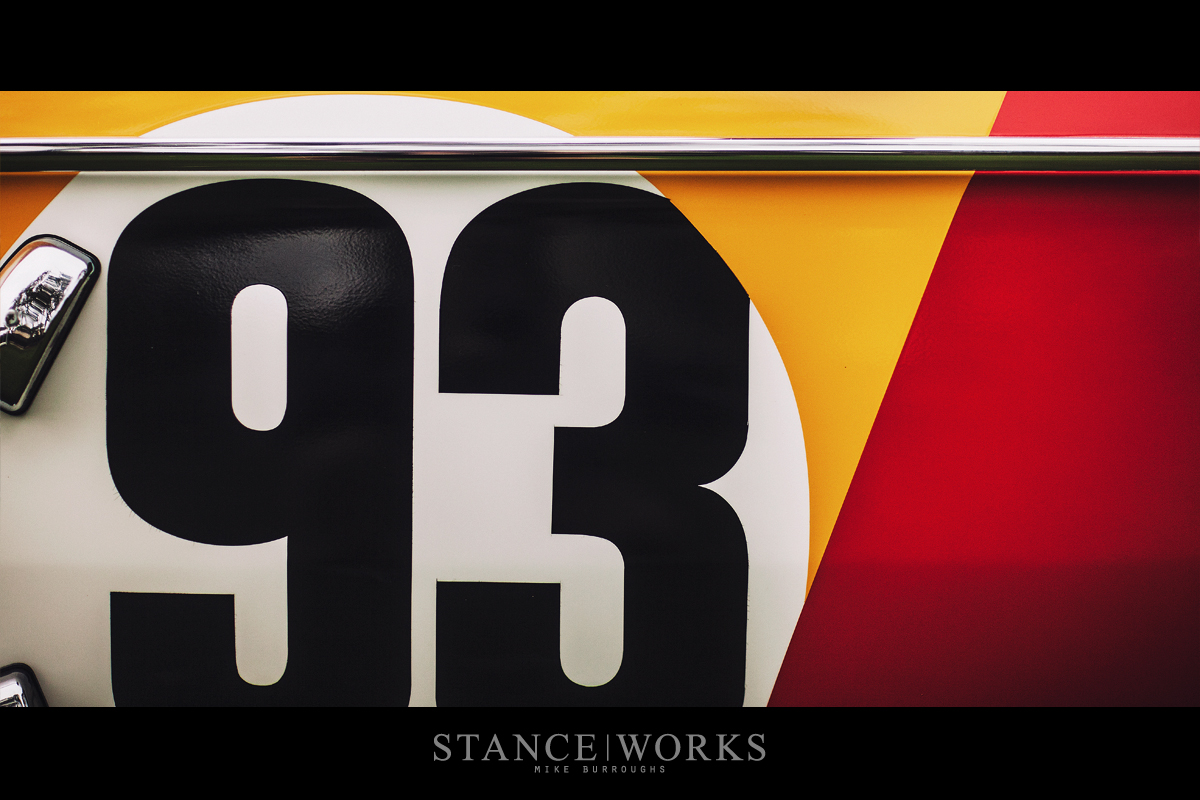 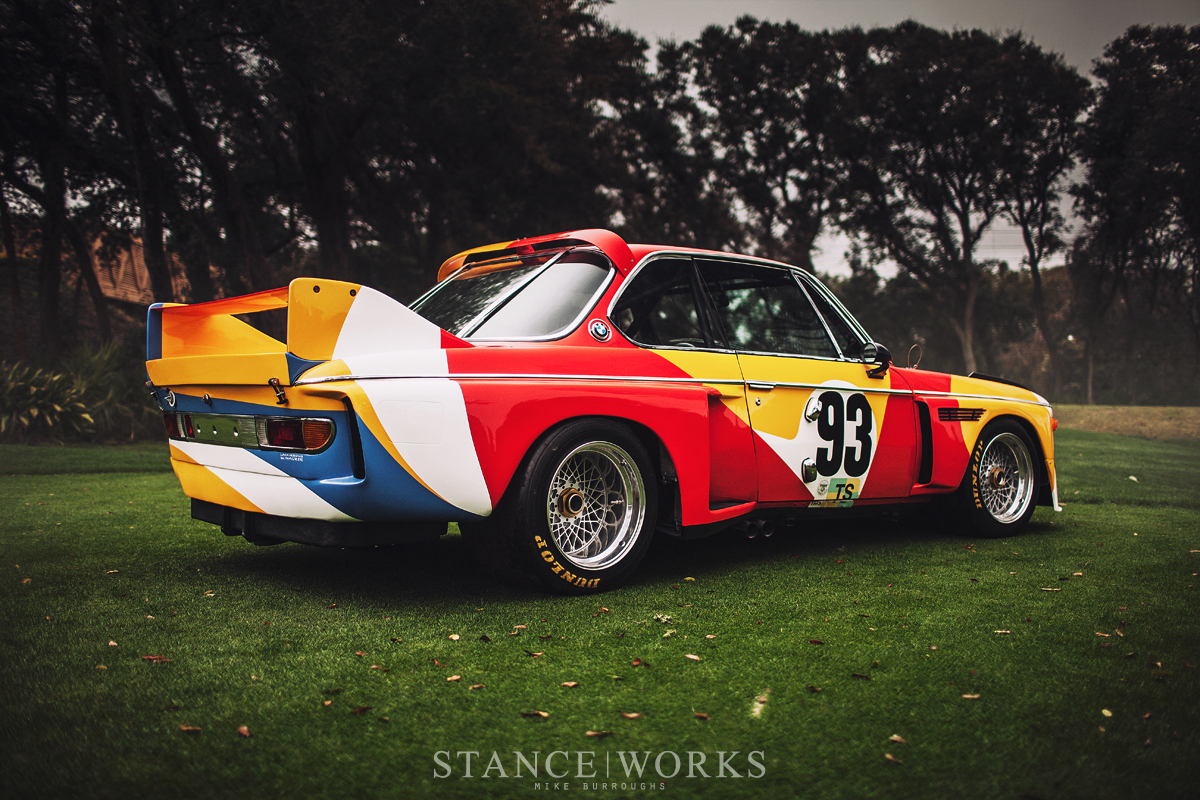 The Art Car program was initially launched with one further concept: after completion, the pieces of art were to be raced. Just as his mobiles were set into motion, Calder's BMW CSL art car was prepared for motion in it's own right, gearing up to compete in the 1975 24 Hours of Le Mans. With Herve Poulain as driver, along side Jean Guichet and the legendary Sam Posey, BMW threw Calder's work into a new interplay of balance and motion. The vibrant colors and shapes of the CSL danced around the Circuit de la Sarthe again and again, mimicking the circular patterns that were so familiar to Calder's shapes. Unfortunately, after 7 grueling hours of racing, endurance racing took it's toll and the Calder CSL had to withdraw due to a driveshaft failure. 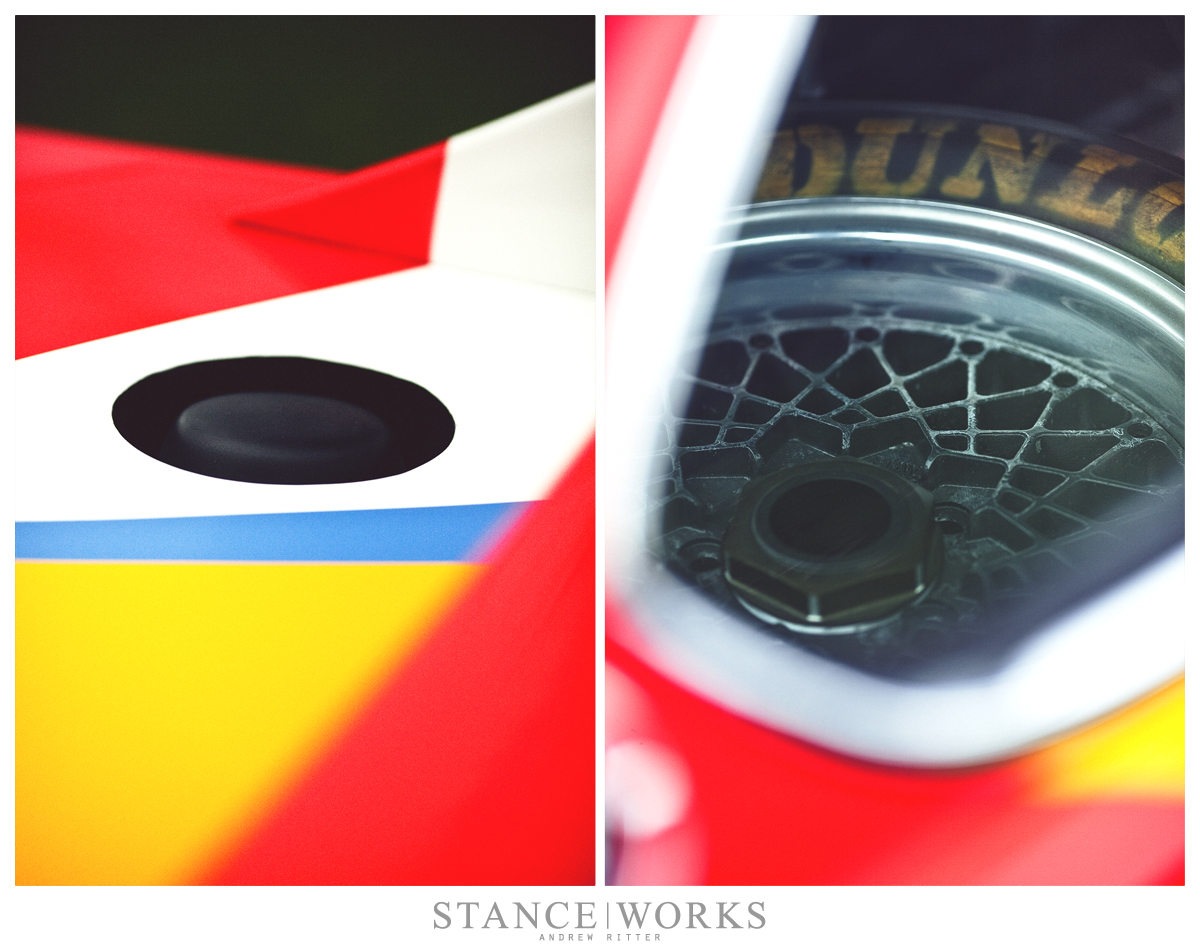 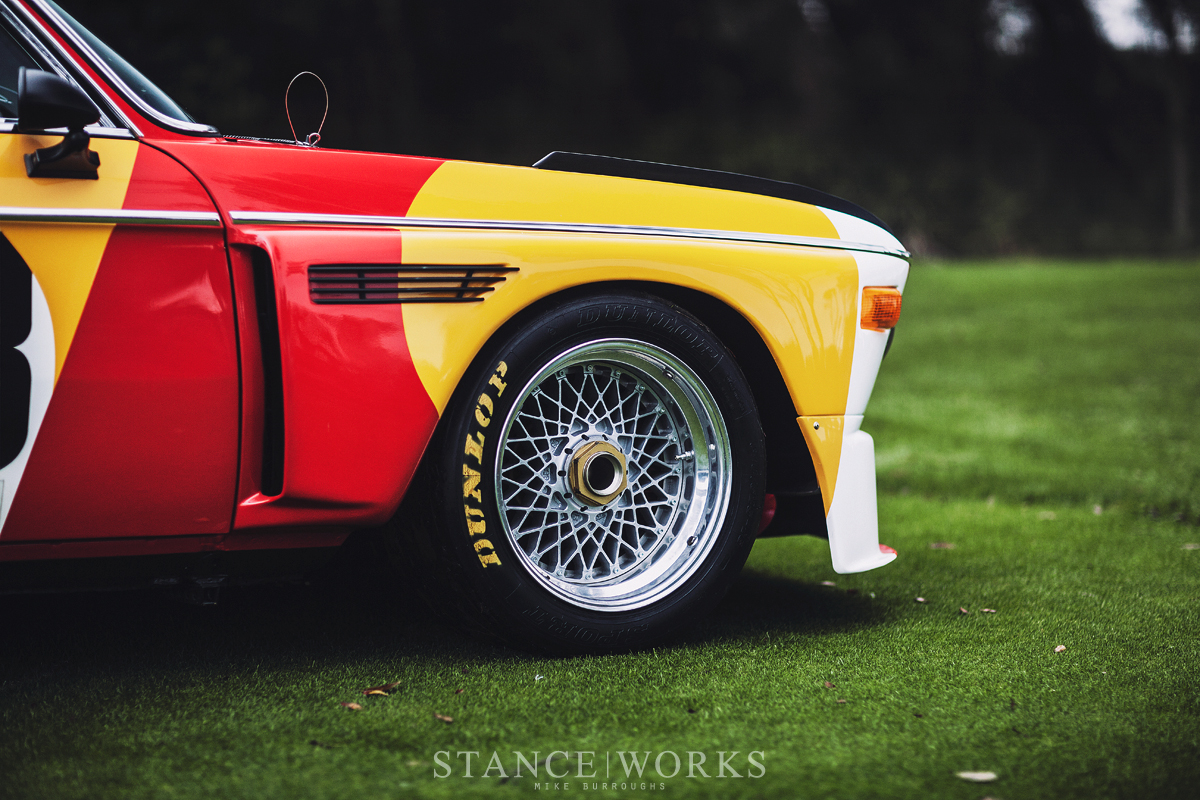 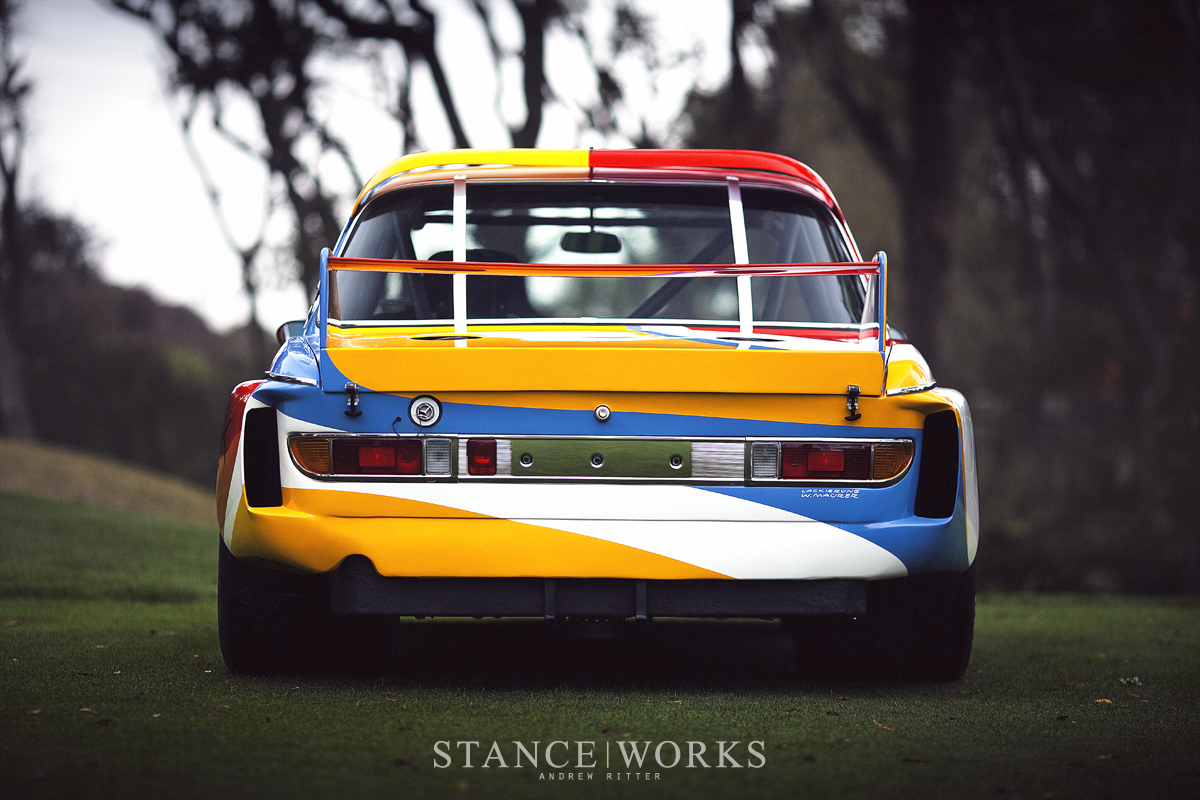 It was the only occasion that the car was raced; instead, the car has been preserved in its as-raced condition ever since. The CSL is not only one of Calder's more unique pieces: it was also one of his last. In the same year of the car's unveiling, Alexander Calder passed away unexpectedly, leaving behind an equally unforeseen legacy. His art, of course, will forever be remembered as the work of perhaps the most innovative sculptor of the 20th century. However, the legacy of the Art Car was entirely unbeknownst to him. 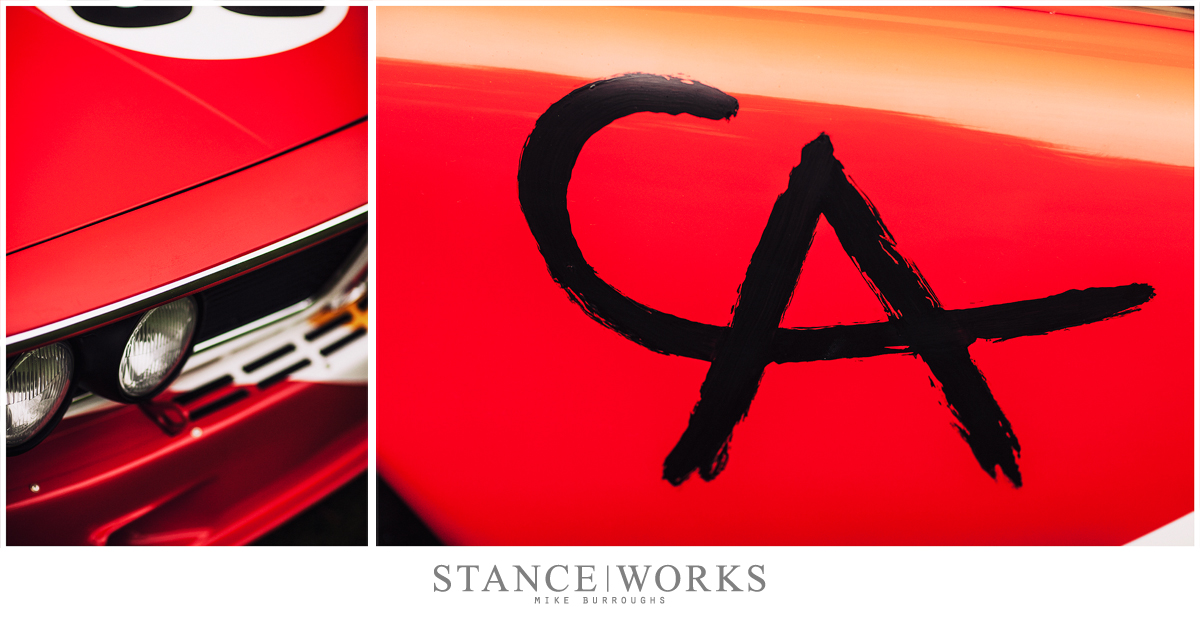 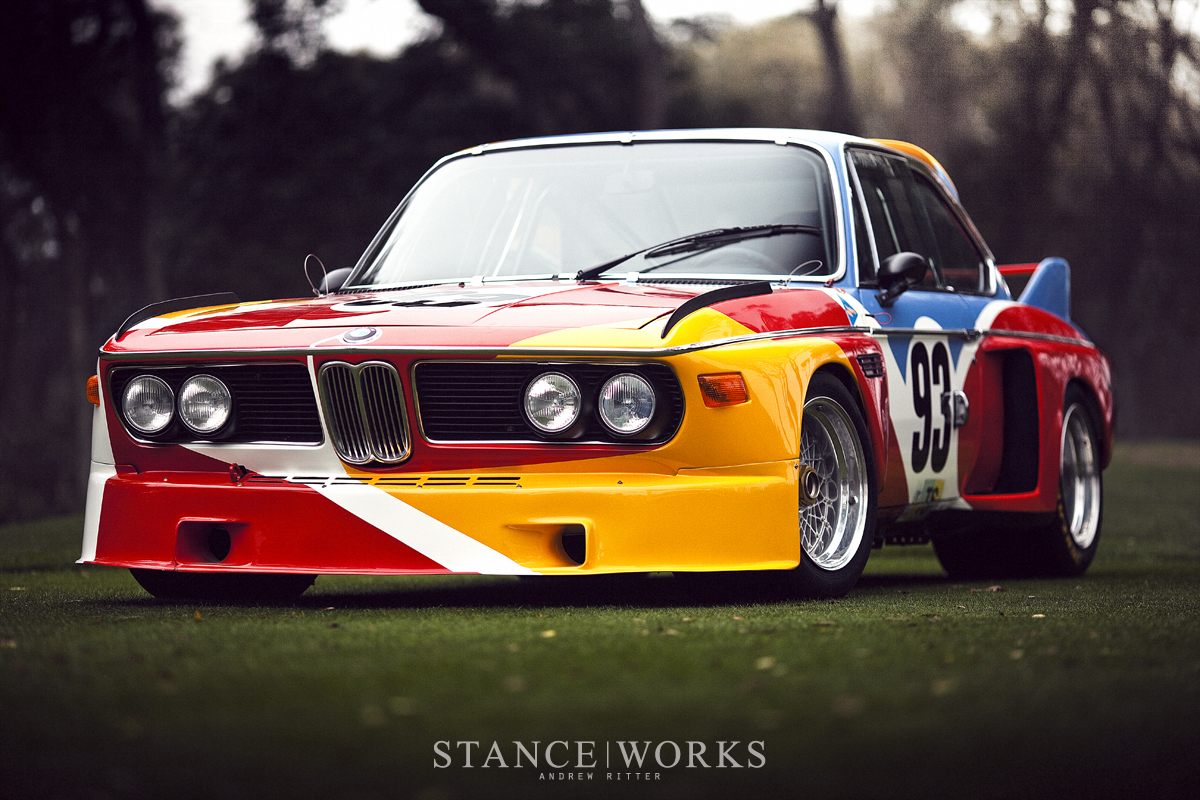 Today, 40 years later, there are 17 official BMW Art Cars, each painted or designed by some of the greatest artists from around the world. Famous names like Andy Warhol, Roy Lichtenstein, David Hockney, and others have played part in continuing the Art Car Project. We bring Shark(Nose) Week to and end with BMW's celebration and curation of the arts through design, creativity, and expression. BMW remains as one of the few companies to see cars as we do: art. To BMW, to Calder, and to the artists that followed, may the automobile and the arts continue to be complimentary - we'll do our part to ensure the same. 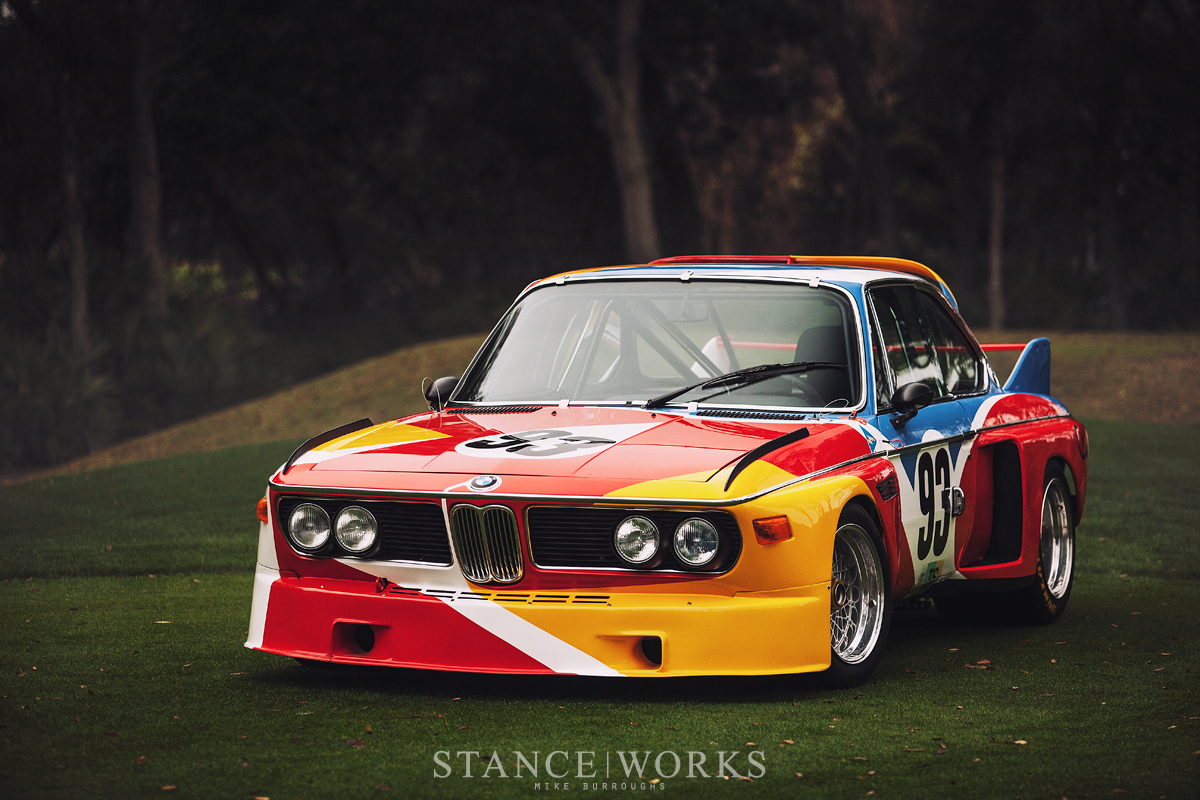 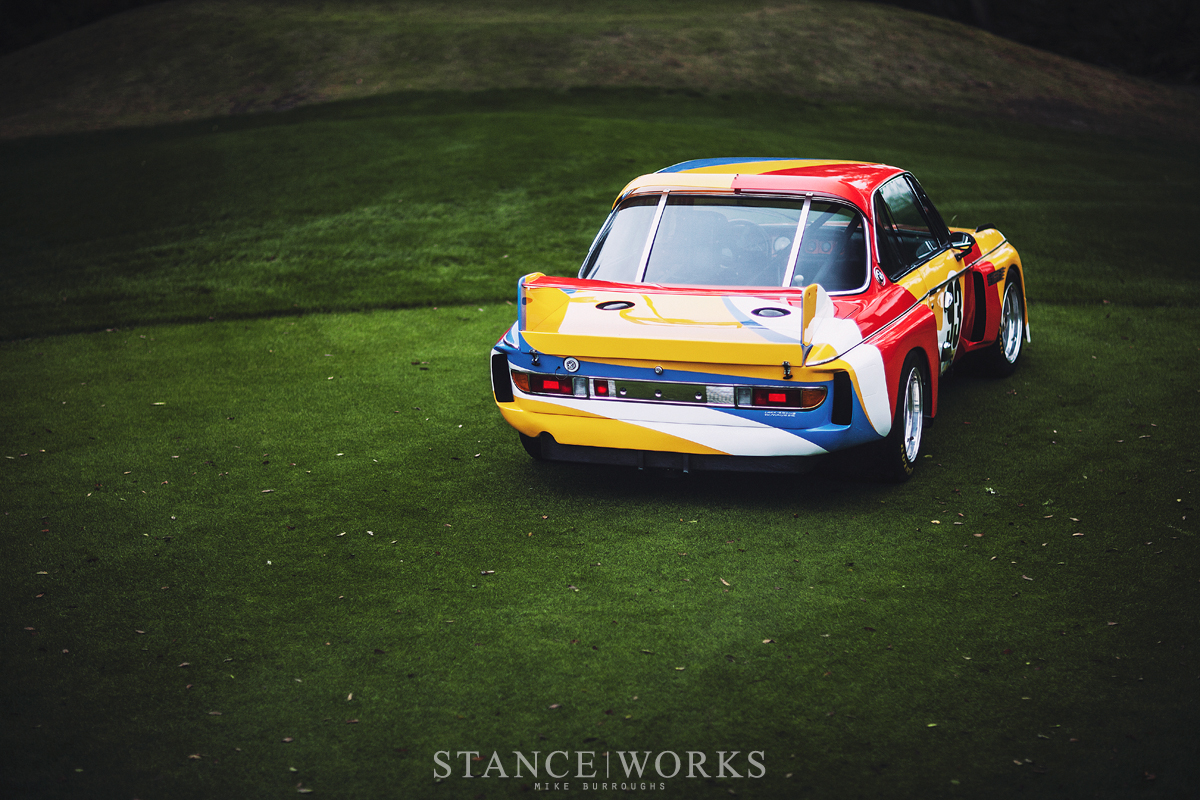