I remember the first time I saw Ron’s 1971 2800CS quite well. I was at the StanceWorks HQ, and having just finished up bolting on my newly acquired Work Meister S1s to my E38, I was feeling pretty jazzed. After pulling the car outside to admire the new wheels, we heard an M30-powered car ripping towards us. Ron pulled up with his signature grin across his face, in his E9 sitting low and wide on Hartge 3-piece splits, and somehow my E38 didn’t feel quite as cool as it had just moments before. 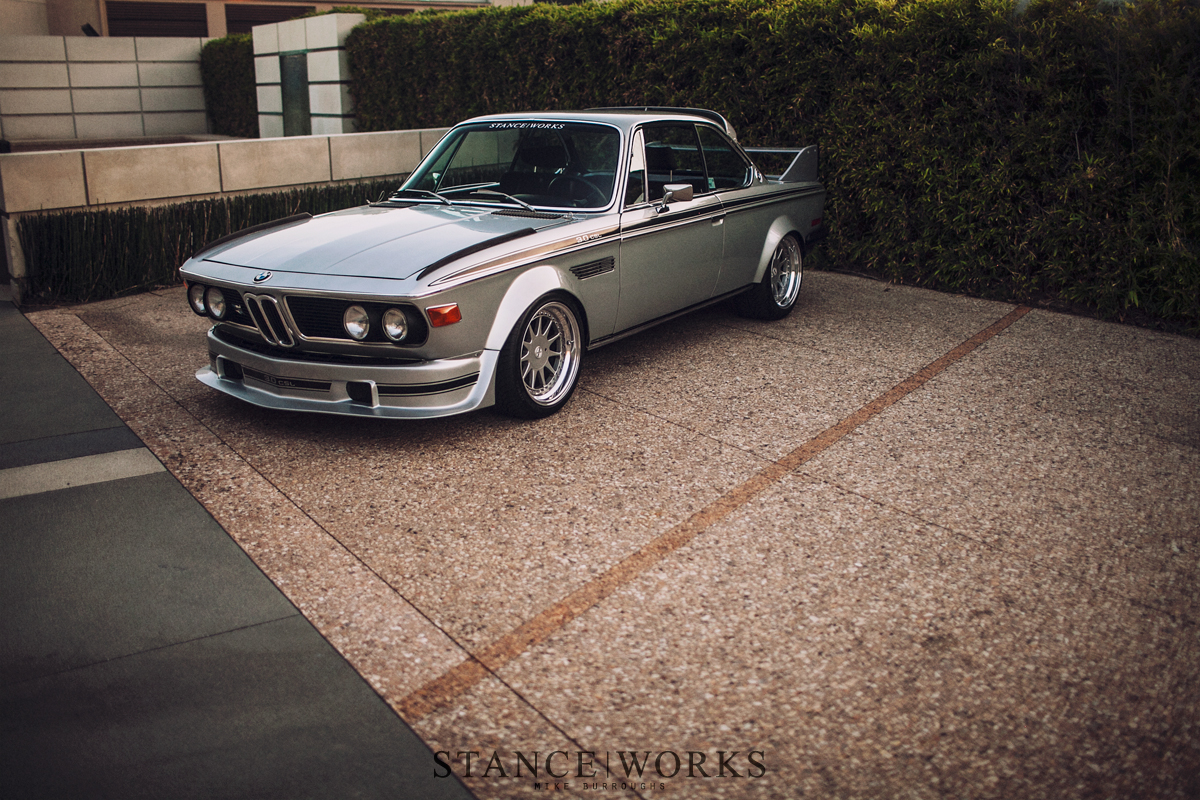 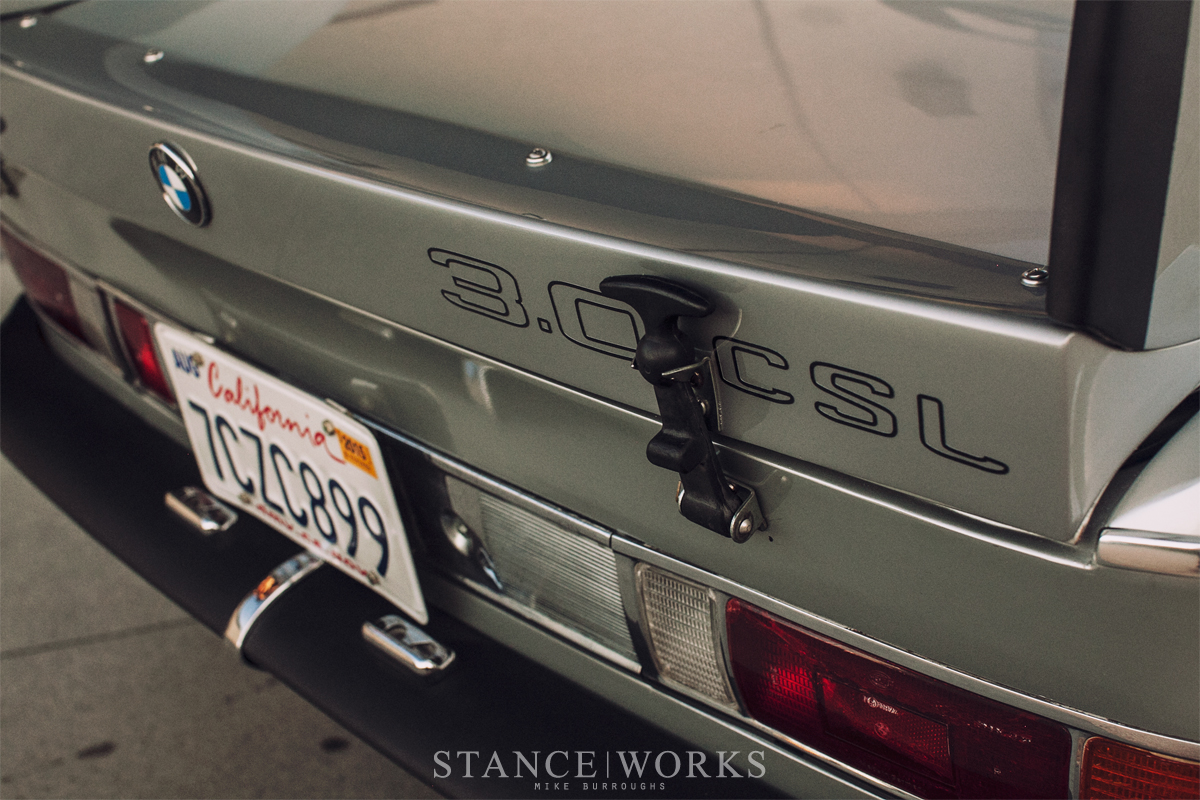 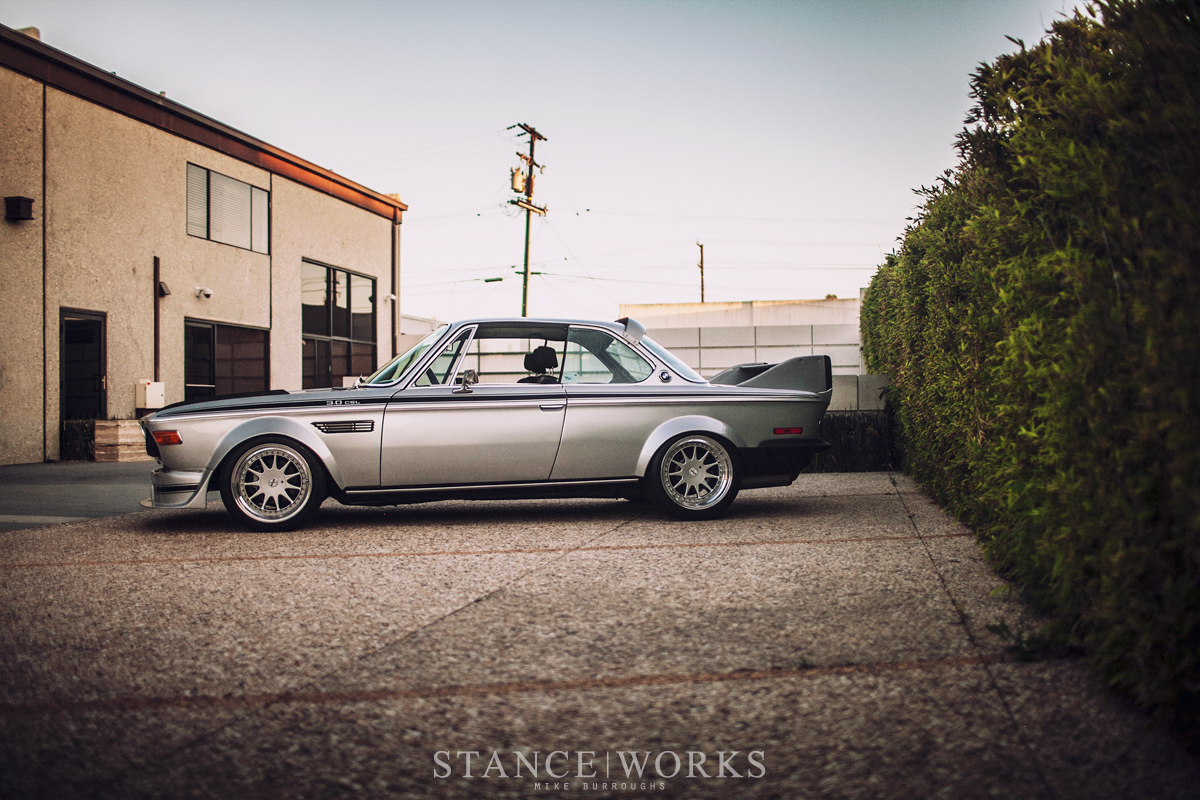 Ron is no stranger to vintage BMWs, nor E9s, as almost everyone within the community has come to know. Many of the vehicles he has built have won Concours awards at the events they have attended; however, he is also no stranger to straying towards a bit more of a 'hotrod' mentality, rather than a true restoration, and his 2800CS certainly embraces the former. Ron had just sold his Dinan 3.9 E12 when he was contacted by a previous client of his, looking to move his 1971 E9. Being quite familiar with this particular 2800CS, Ron jumped at the opportunity. The car had already had its restoration started, with a brand new Metric Mechanic 3.7 M30B35 stroker motor sitting in the engine bay, as well as the tastefully-done wider flares in anticipation of the additional power that the worked M30 would be pumping out. 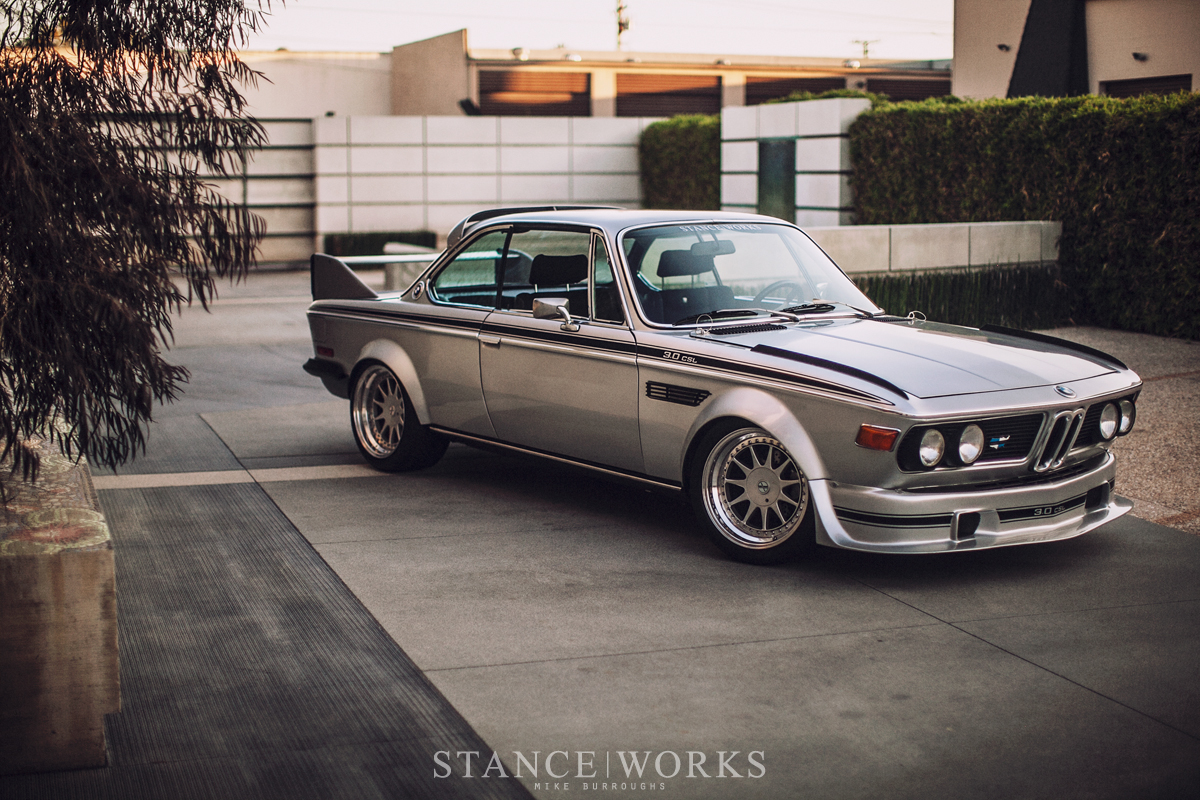 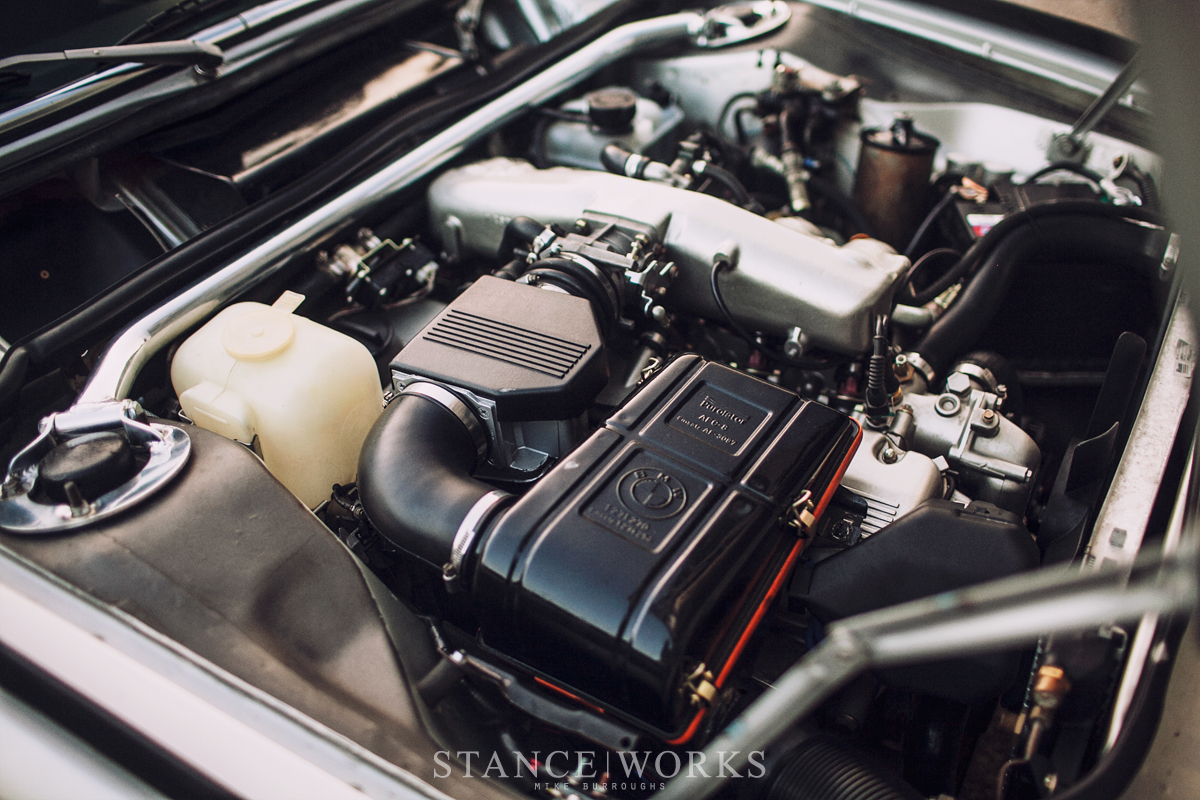 Ron got the 2800CS back to his shop and debated what direction to take it. The first thing he wanted to address was the interior. While it had been previously redone, it was not to Ron’s personal taste. Everything was ripped out, beyond the carpet, to be returned to stock. Touches like the classic BMW Motorsport wheel and Scheel seats bring the car into a sportier realm to match the car's aesthetic demeanor. 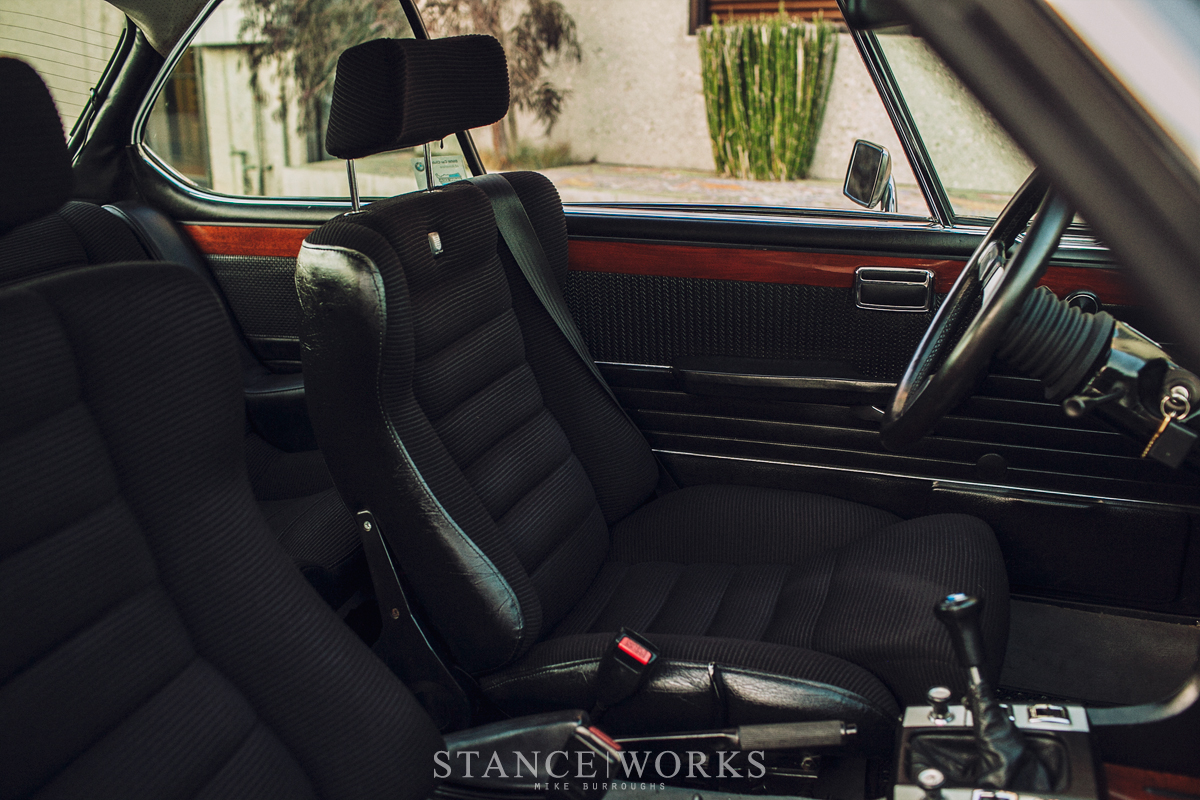 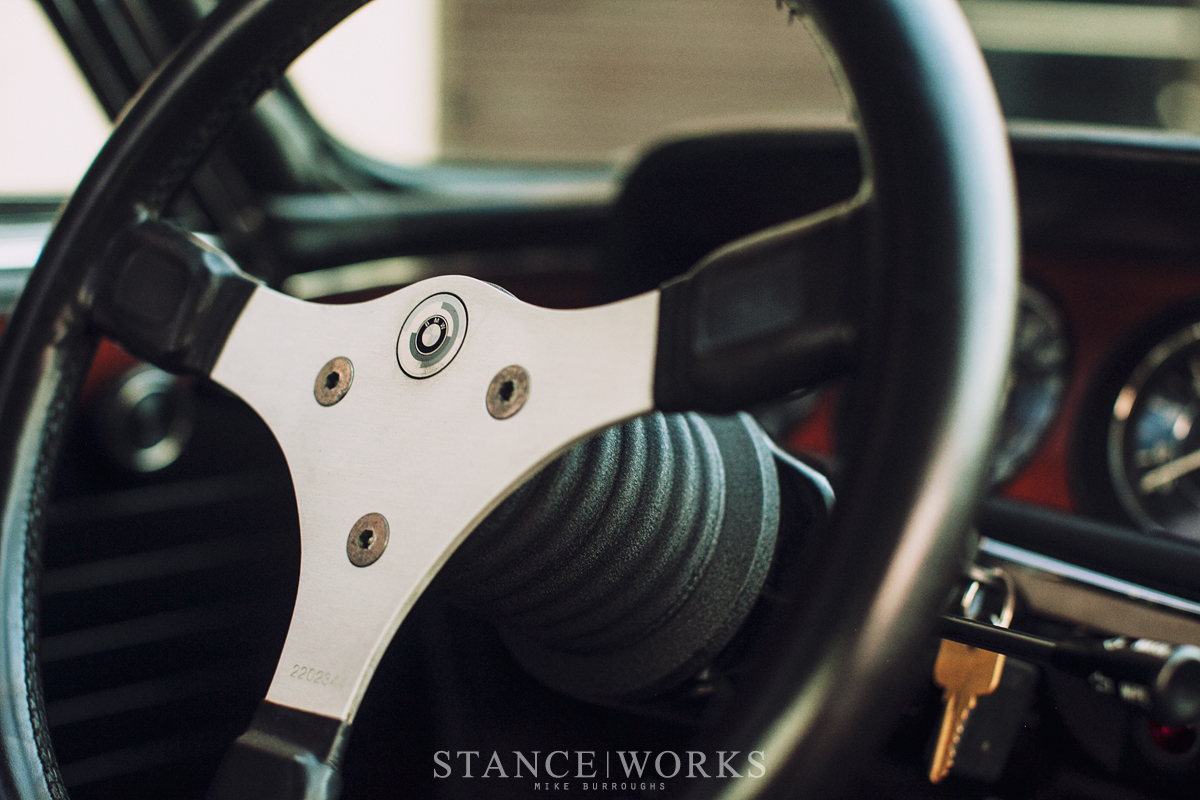 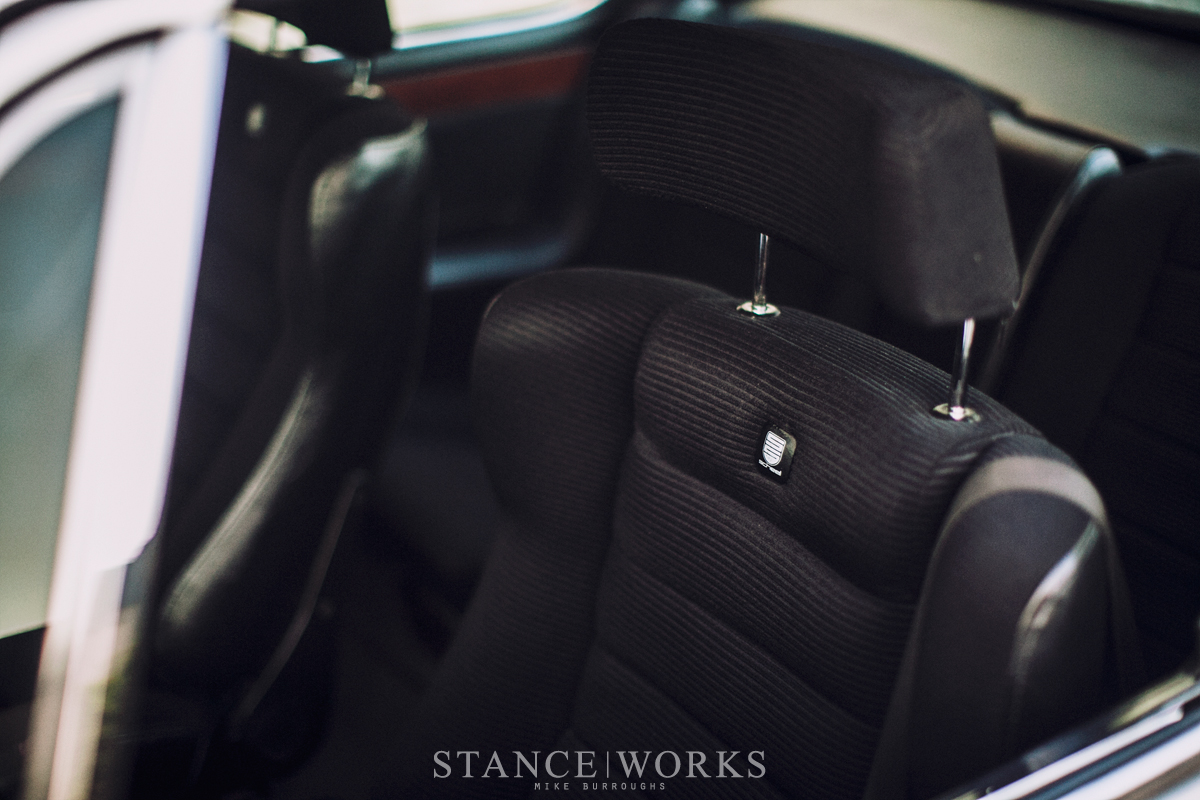 With the interior to Ron’s liking, he moved to the car's outside. Having owned several real CSLs, each one worth far to much to drive regularly, Ron decided to make the car a CSL Batmobile tribute, rather fitting as it was already clad in the correct Polaris silver. Making the decision even easier was that Ron had most of the parts already on his shelf. The CSL air dam, roof spoiler, and rear wing were all exactly the types of parts Ron sits on, waiting for an opportunity to use. 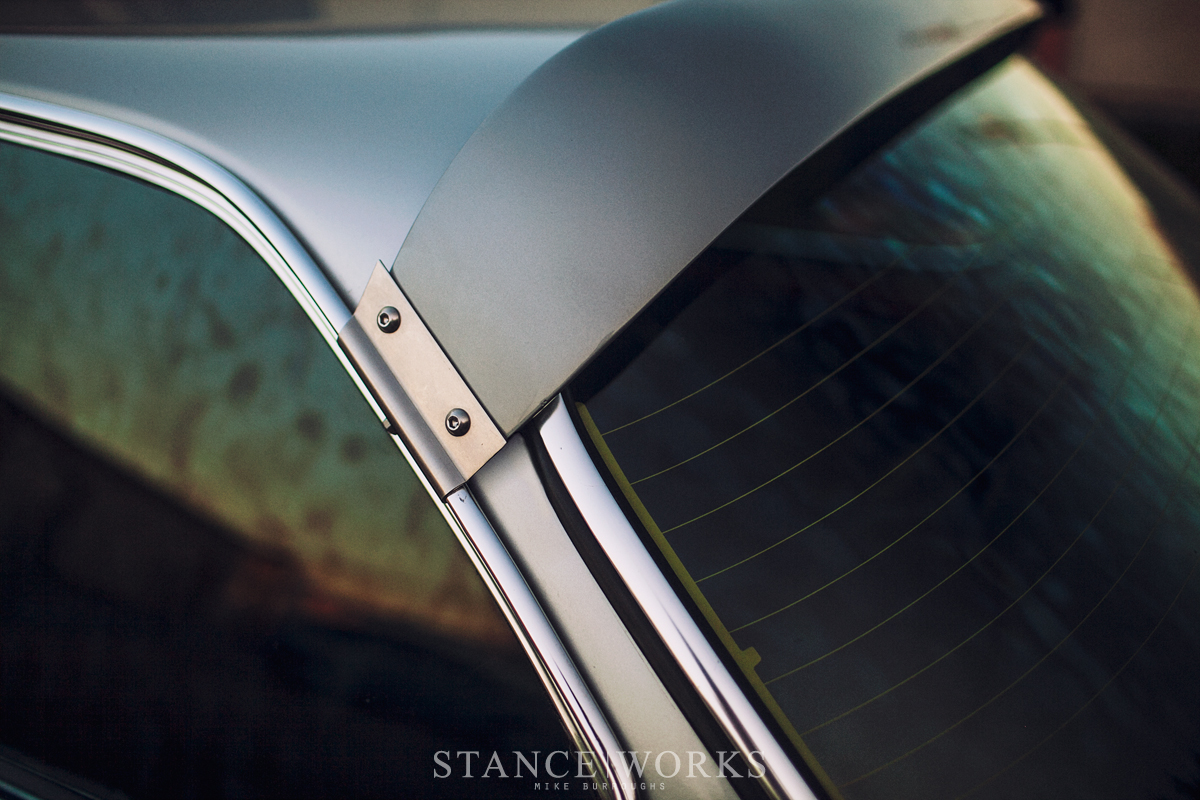 He added a close ratio Dogleg 5 speed, a 3:25 limited slip, and wind splits, as well as the appropriate decals from the CSL, for authenticity. Ireland Engineering, next door neighbors of Ron’s shop, helped get the suspension on the car sorted. Their coilover kit was installed in the front, and custom NASCAR springs in the rear make sure the car sits just right and grips the road well. While Alpina 20-spokes were fitted to the car after the shoot, the ever-so-rare Hartge 3 piece splits filled the fenders out beautifully in the mean time, a rather killer set of temporary wheels. 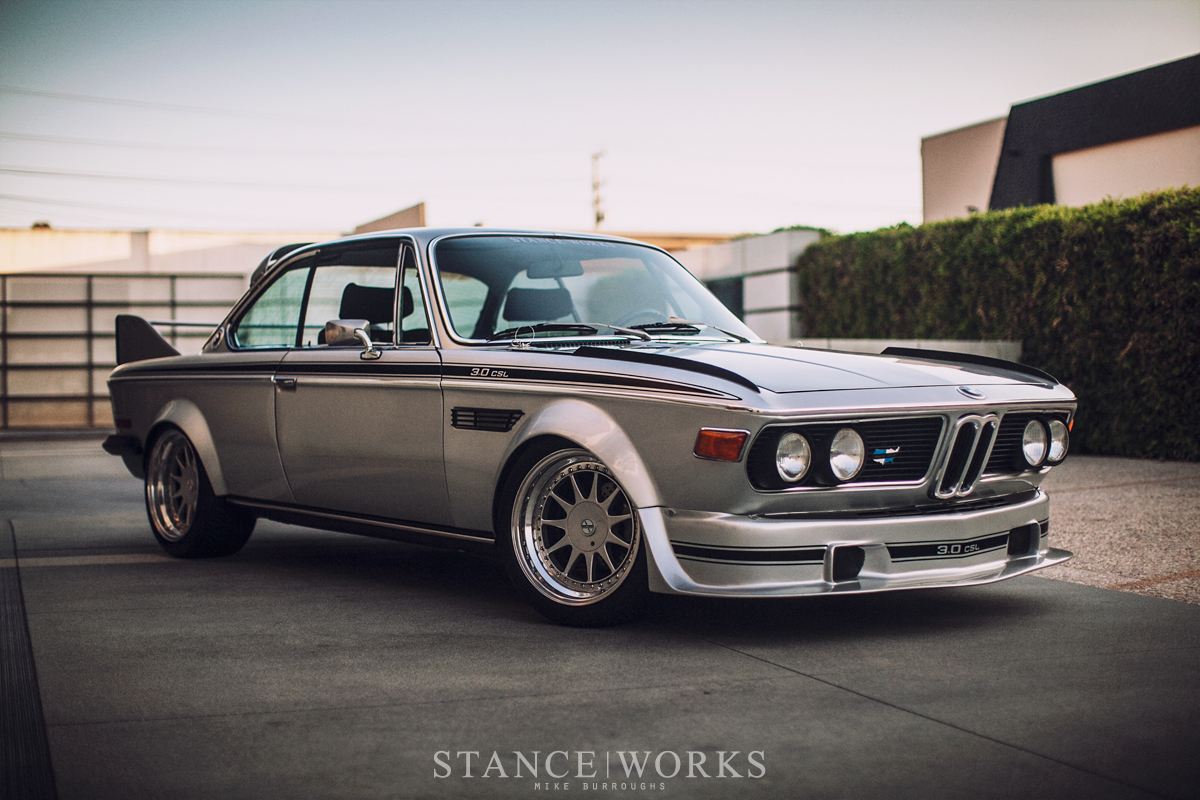 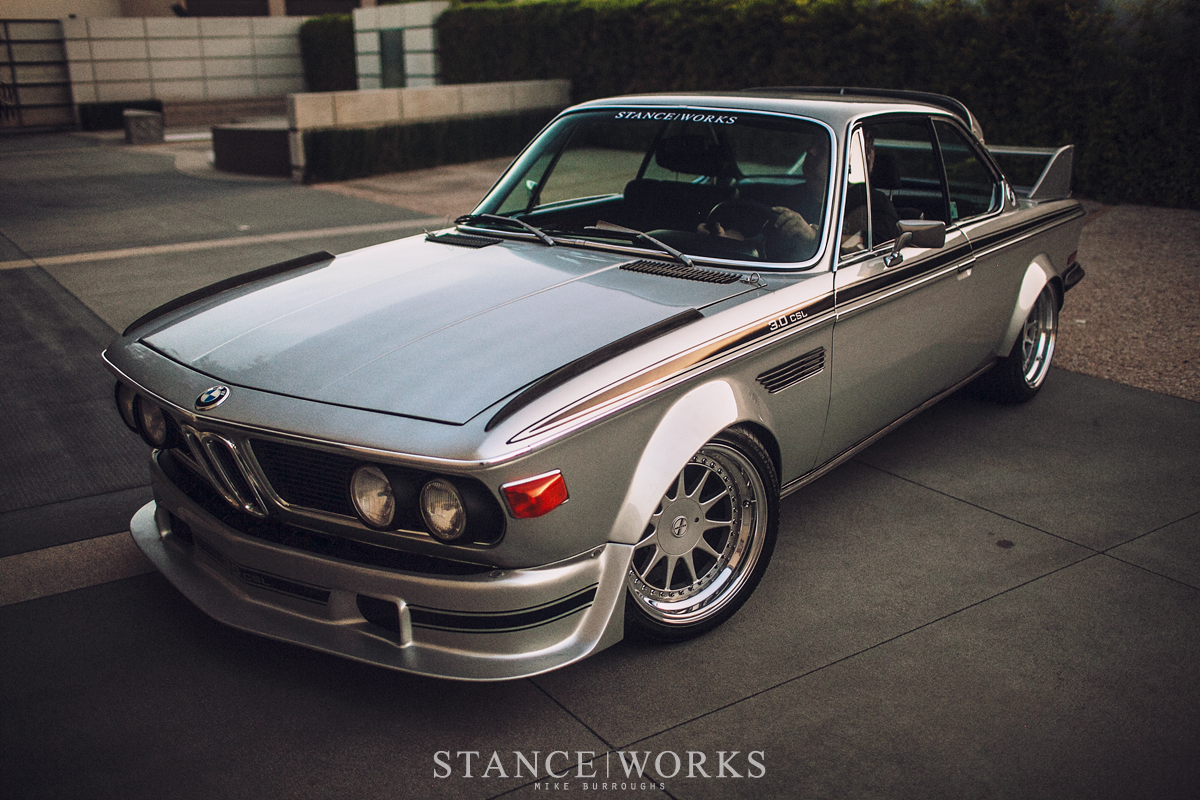 Ron describes the driving experience of the car as a dream, with smooth power, and great handling. As a car that gets driven often, the icing on the cake is the retrofitted Vintage Air which blows ice cold, ensuring the cabin is at an ideal temperature while ripping up and down the California coast with his wife Kimberley. While this particular E9 may not win as many awards as his previous vehicles, it was great to see one built with the open road in mind rather than being nitpicked on a fairway. At the risk of being cliche, cars are afterall all meant to be driven, something this example was built to do. The smile on Ron’s face every time he drives the car tells the whole tale. 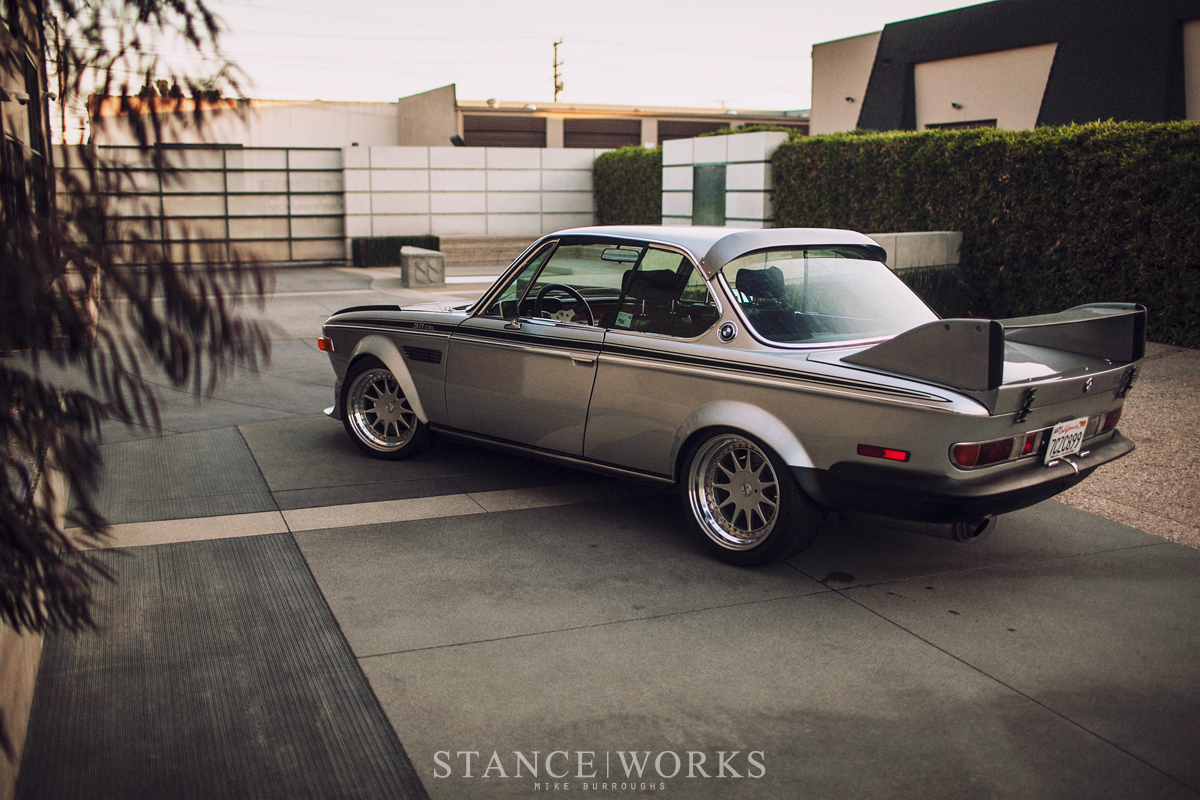 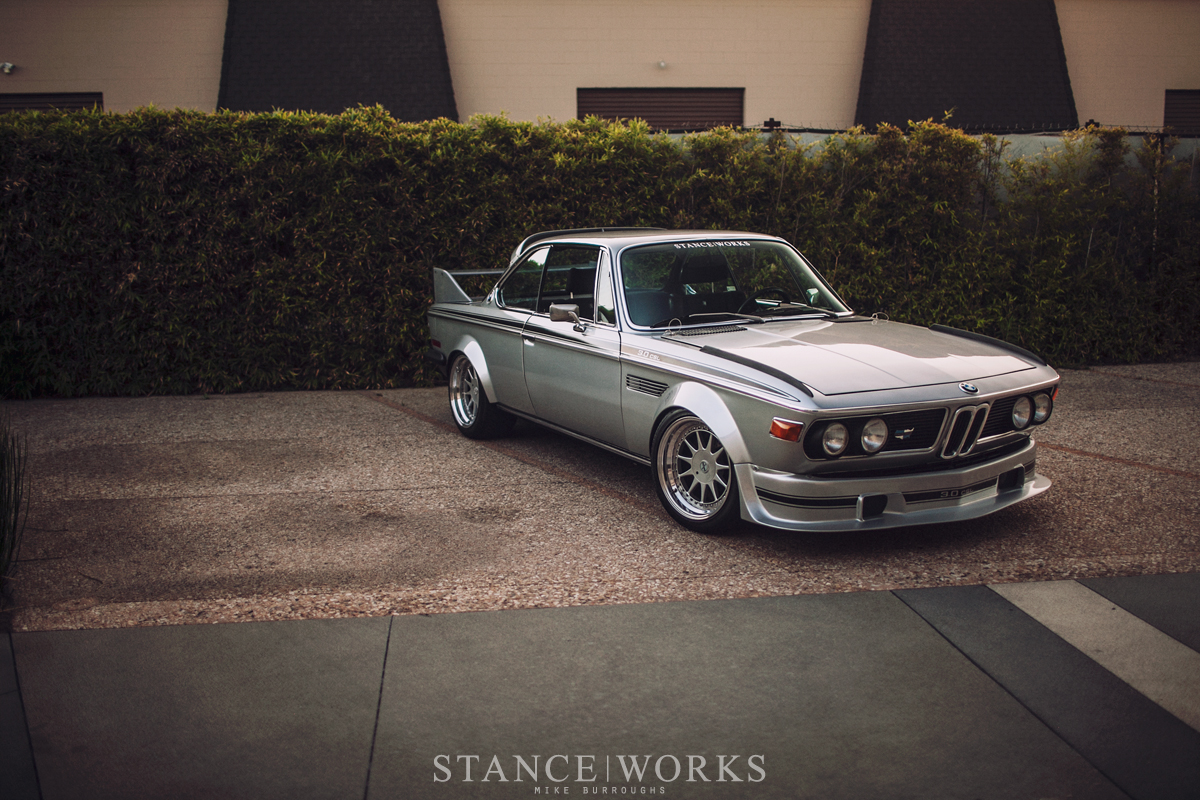