The week leading up to Sunday had been cold and wet; as per usual Melbourne weather was doing its thing. As I woke up and walked outside, I couldn’t believe my eyes. Not a cloud in the sky. It was extremely fresh, but with nothing but blue skies as far as the eye could see, I was content in the hope that it was going to be a fantastic day. 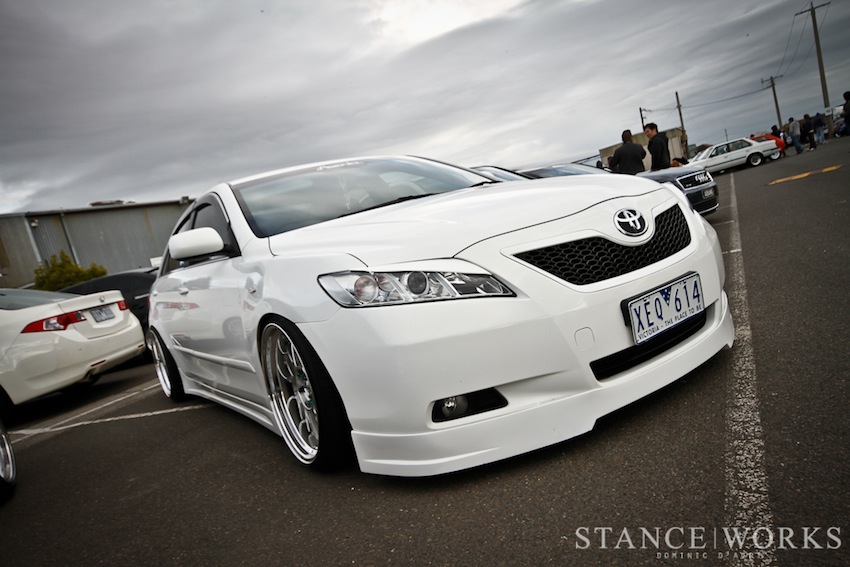 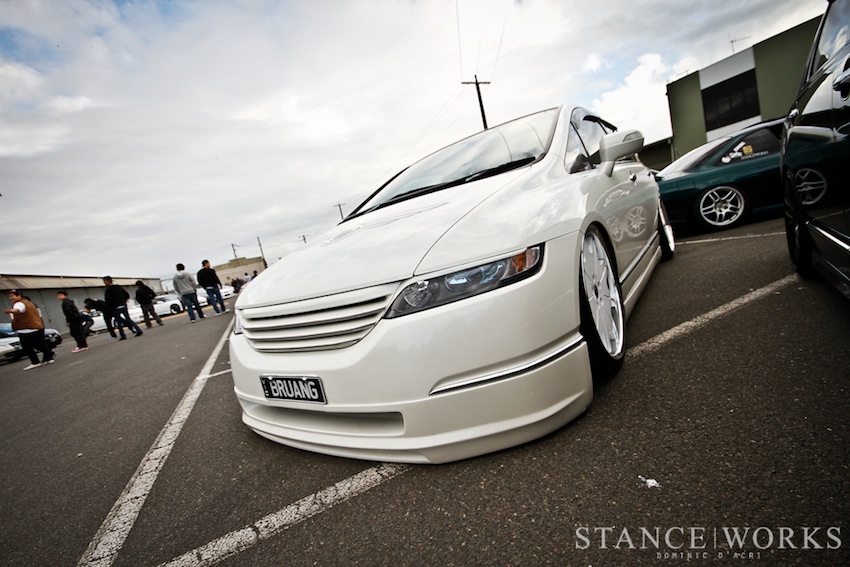 I didn’t quite know what to expect. I had heard that word had spread even though I had kept the invitations out of the public eye, so it was hard to gauge what was ahead. When we arrived at the location I was astounded at the size of the car park. I thought to myself “There’s no way we will fill this”. 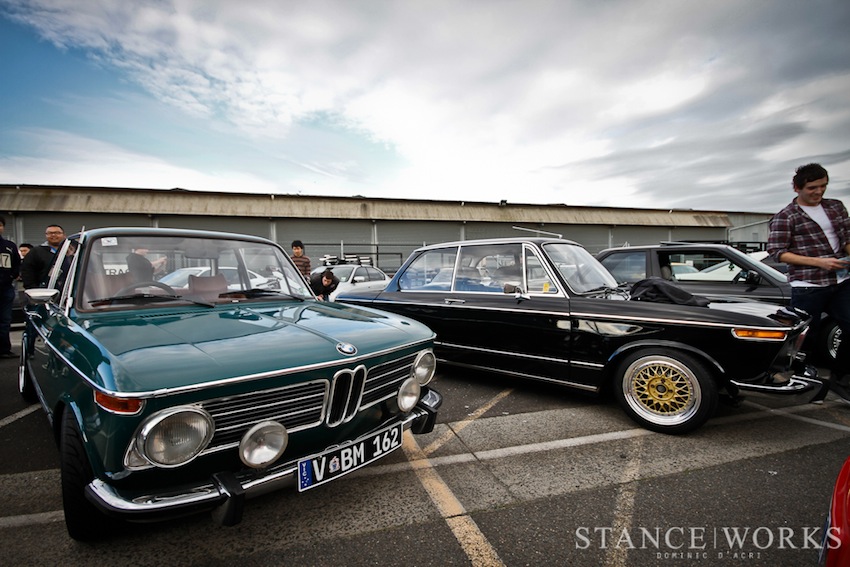 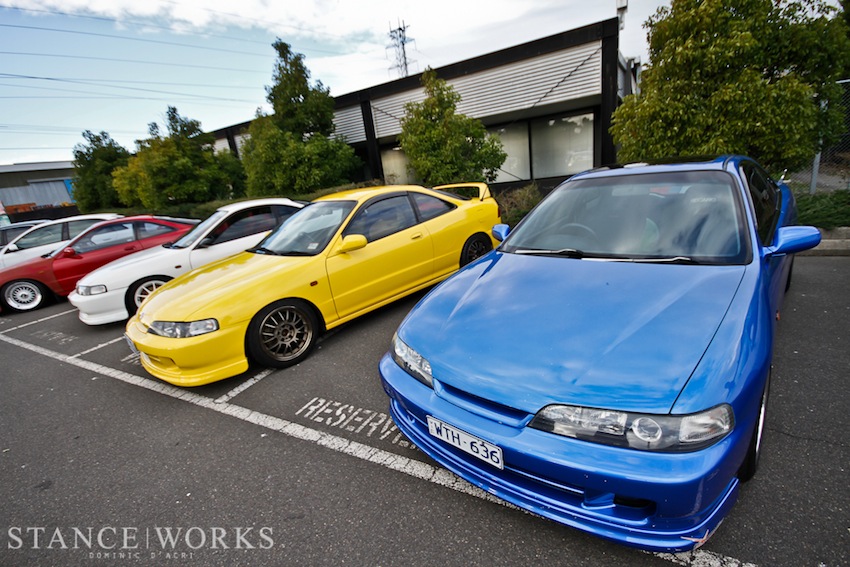 Within the first hour 75% of the car park was full. For a small event, in a town where the law tries their hardest to keep us living in fear, I was amazed at the sheer number of cars that had made their way out of their garages. It got to the point where we had cars parking in the factory next to the location, as the car park had to be closed off.

An estimated count from Doms pictures on the roof were around 110, but there were cars arriving and leaving constantly, so there’s no real way to put an exact figure on it. 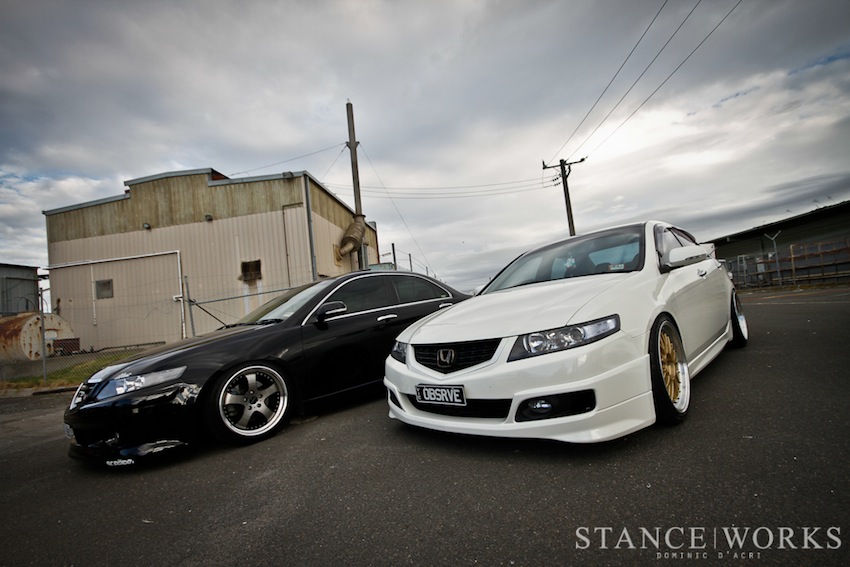 Being only the second event to be somewhat organised showed me that the Melbourne car scene has the potential to go places, but with all the good comes the bad. Police showed up, which was no problem, after a few words they were satisfied with the organisation that had been put into it and were on their way. 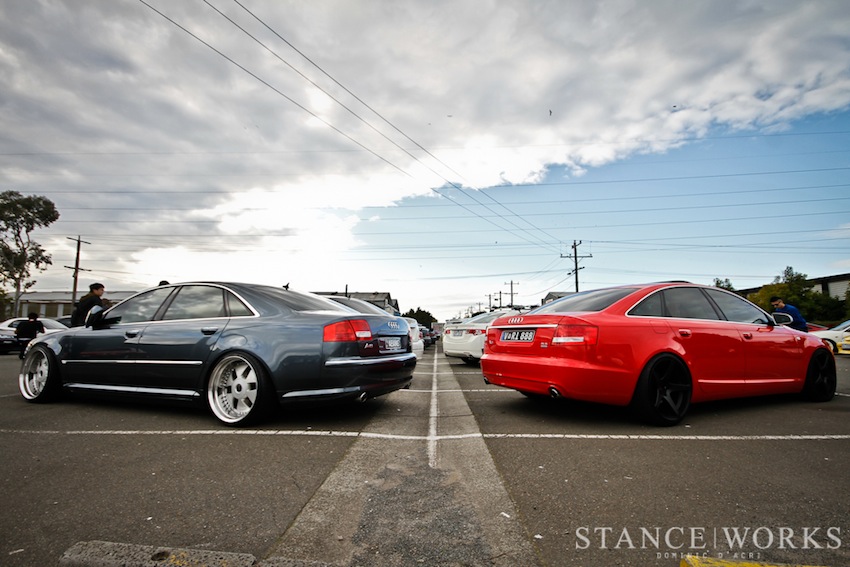 And then some idiots thought it would be cool to do skids upon departure. Because of this, the future of Stance Works meets is in limbo, but alas we have things in the pipeline that should make next year bigger and better. 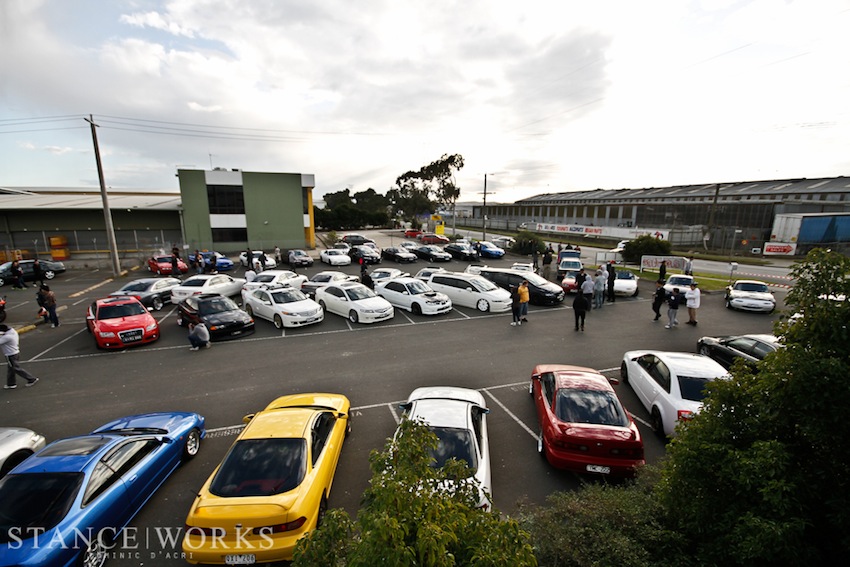 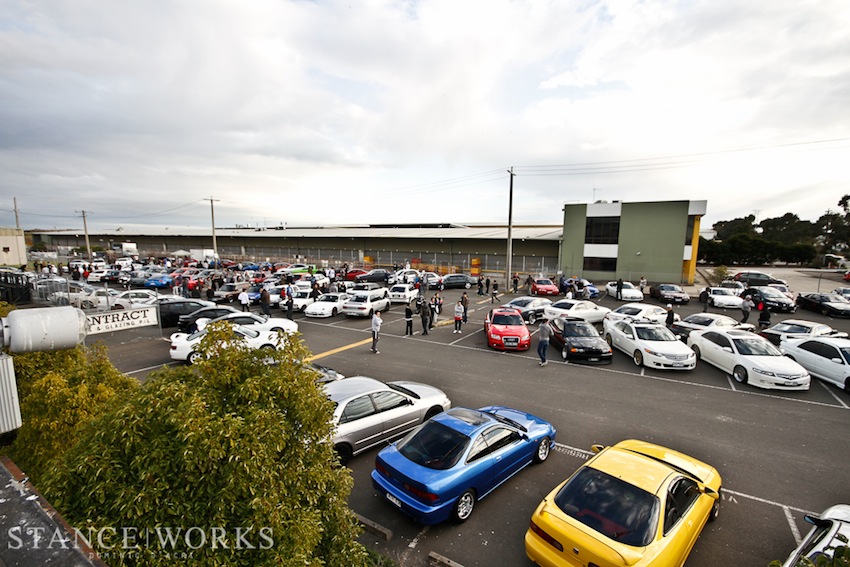 Thanks to Dom for once again covering the event, and to all the people who organised/helped out on the day. You know who you are. 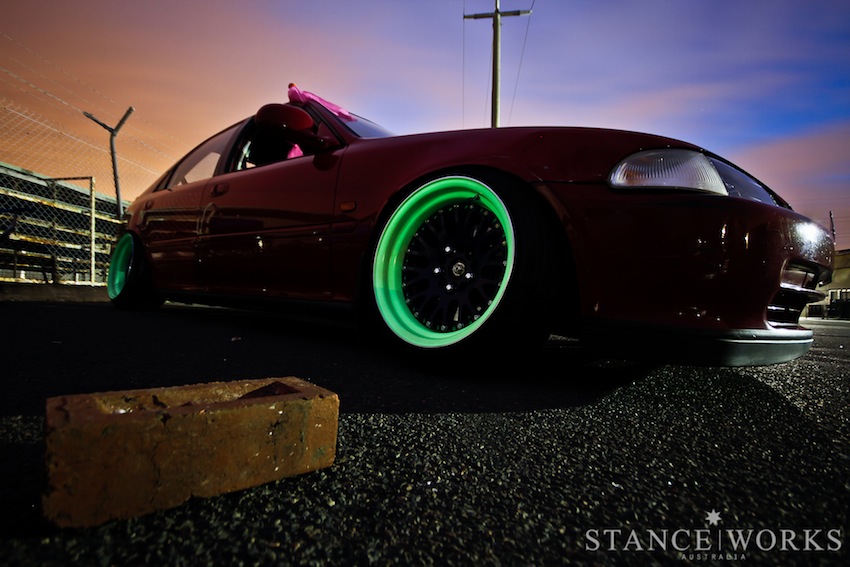 The rest of the pics are below: