In 2011, with the help of Jeremy Whittle, I stumbled across the find of a lifetime. Tucked away in a garage in central Georgia was a 1971 2800CS, sitting right where it was parked 4 years prior. It hadn't moved an inch since its owner brought it home: after discovering the cost of the parts and pieces needed to take the car from clean to perfect, his interest waned, and it was by sheer chance that I was the first to call when his Craigslist ad was posted.

While it was advertised as  a non-running, non-driving car, the 2800CS fired right up, as though it had been driven just days prior. Much to the chagrin of the seller, I drove the car, first down his driveway, then down the road, and finally, five hours home, back to Middle Tennessee. After a fluid change and a set of tires, the car only needed a carb tuneup during the course of my ownership. It was, without question, the greatest automotive purchase I've made. At the same time, it's also likely my greatest regret: I shouldn't have sold her. The sentiment is only compounded as I watch the E9 market climb in value. What was top-dollar when I sold the car is now middle-of-the-road, and what was an early-20s purchase on a whim could have been a true collector's piece as an adult, but instead I moved on. 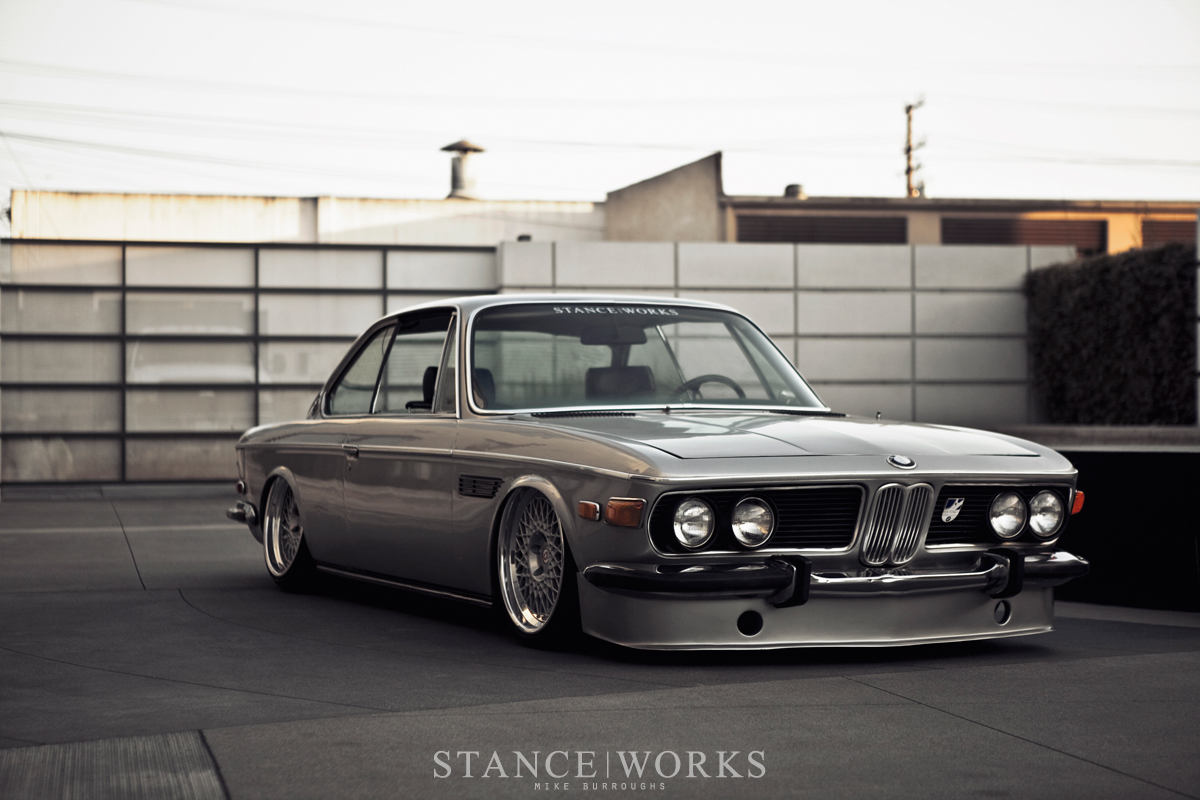 However, my time with the E9 couldn't have been more enjoyable; it was the ultimate taste of one of BMW's greatest classics. The car presented me with an opportunity to make it my own, and I wasted little time in doing so.  After a few sets of wheels, the my E9 served as the launch platform for HRE's Vintage Series wheels, and was fit with the first-ever set. 18x8 and 18x9 HRE 501s filled the wheel wells beautifully with no room to spare. Wanting to embrace the big-coupe classic nature of the car, air suspension from Air Lift Performance was fitted, and together, the parts made for a classic car with a hint of lowrider styling. 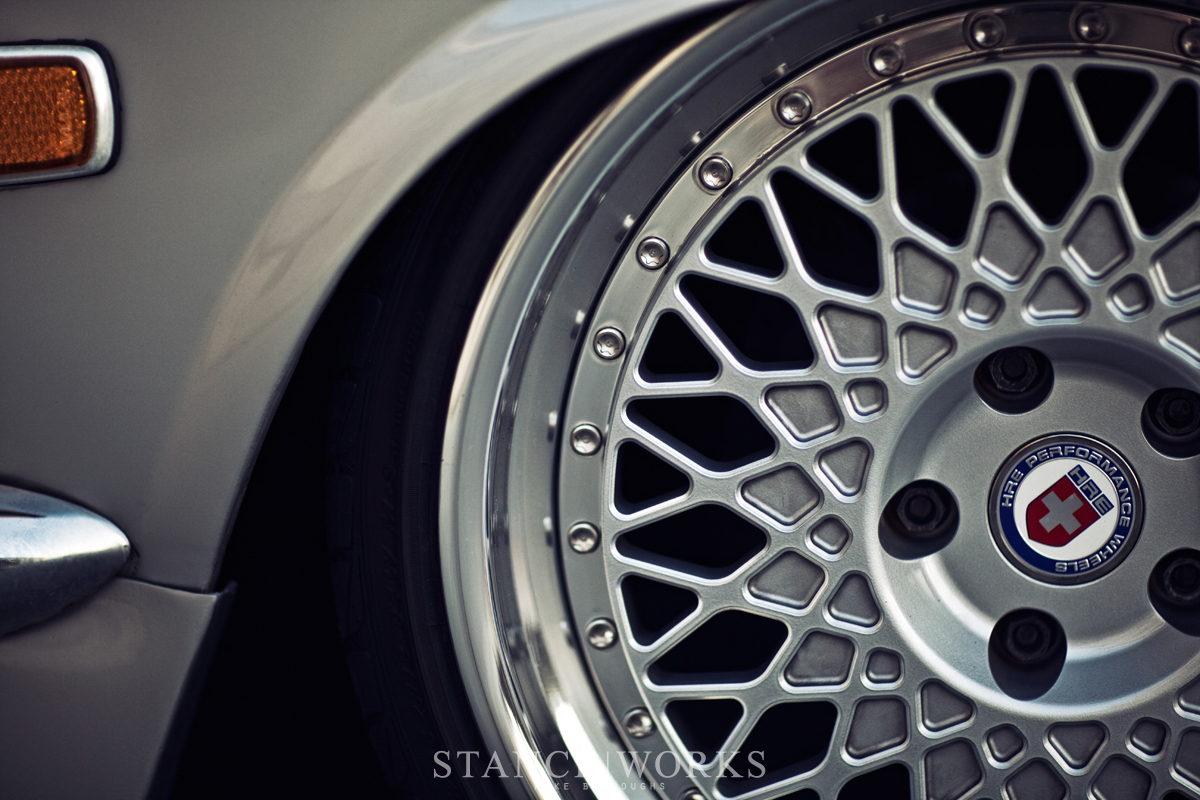 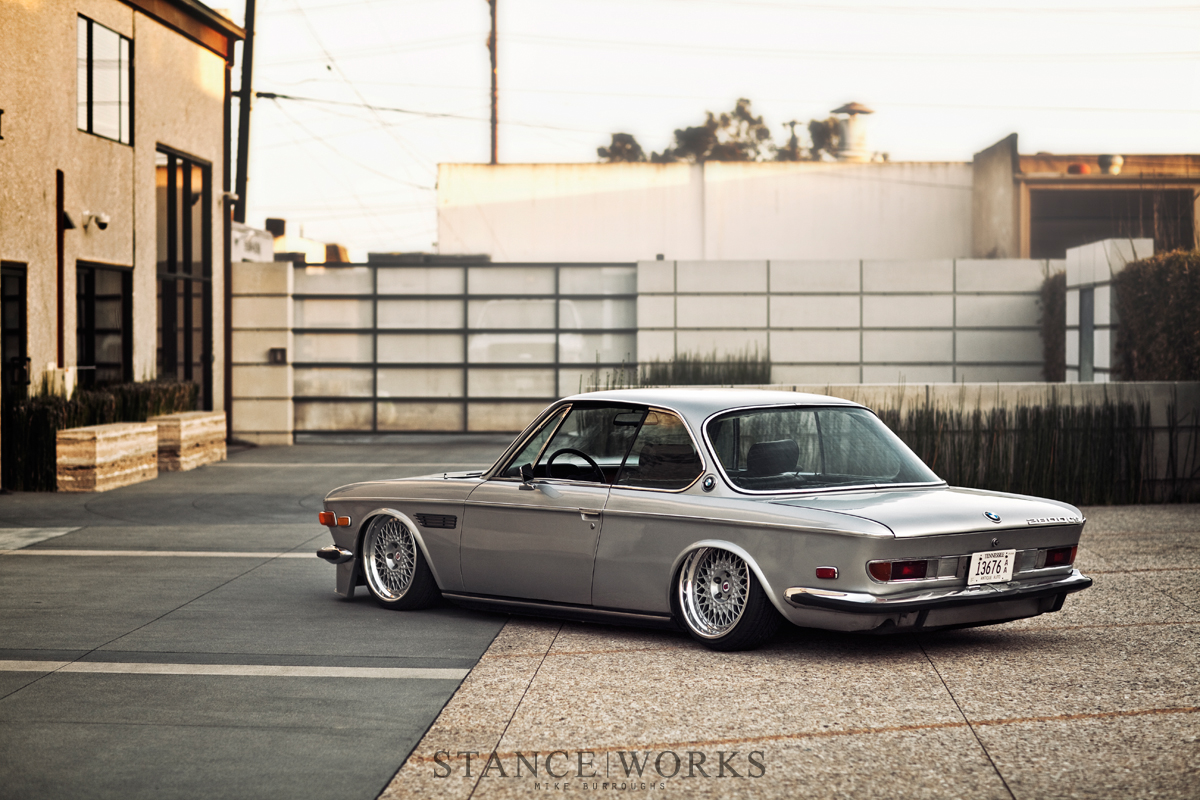 The Polaris Silver paint had its flaws, with "beauty marks" showing the true 40-year-old age of the car. Underneath, rust had grabbed hold of the chassis's vulnerable points; a fate nearly all E9s have suffered, short of those that have been garage kept and maintained throughout their entire lives. Nevertheless, the structure was still there and strong, just in need of attention by someone with more money than myself. 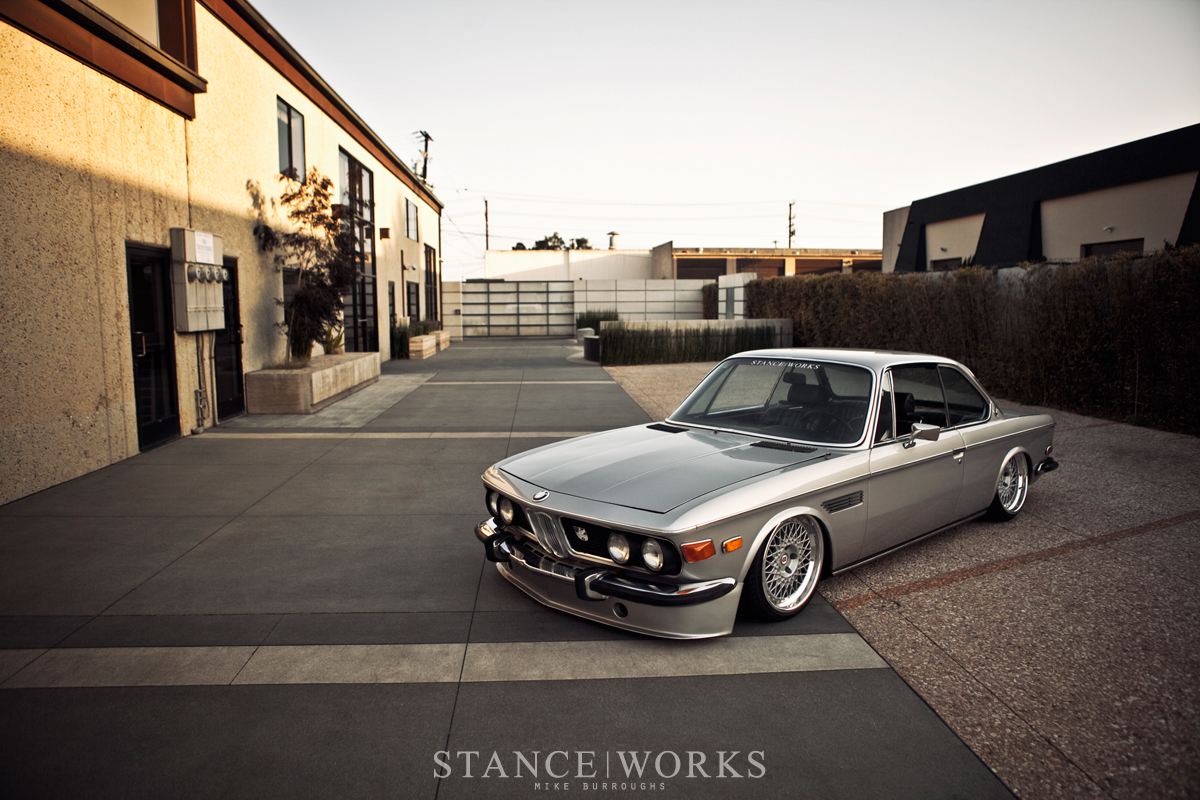 Inside, the blue leather seats had been reupholstered, offering perhaps the best color combination possible. Subtleties like an all-wood Nardi wheel and shift knob were added in to tie in with the gorgeous wood trimmings of the interior. The four-speed transmission mated to the 2.8-liter inline-six made for a driving experience that was sporty but refined. While on the road, it turned more heads than anything I've driven since. 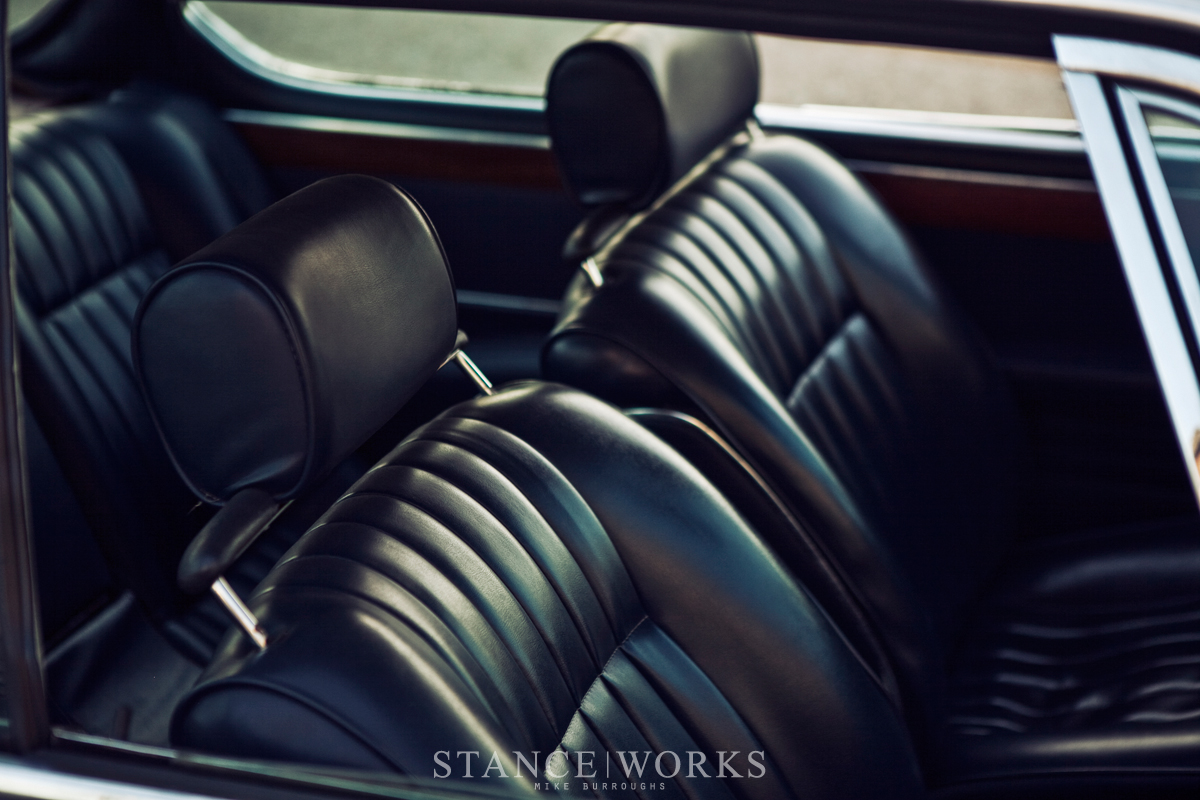 The E9 and I had a good run: from the cover of Performance BMW Magazine, as well as their 2012 Car of the Year, to a feature in Super Street Magazine, and Japan's Autofashion Import Magazine, it was clear that the car was a hit. It proved all but impossible to fill her up with gas without interaction from curious passers by. There's not a bad memory left behind by the big coupe, and I fear my decision to sell it will torment me for decades to come. I suppose I'll just have to hunt for another... 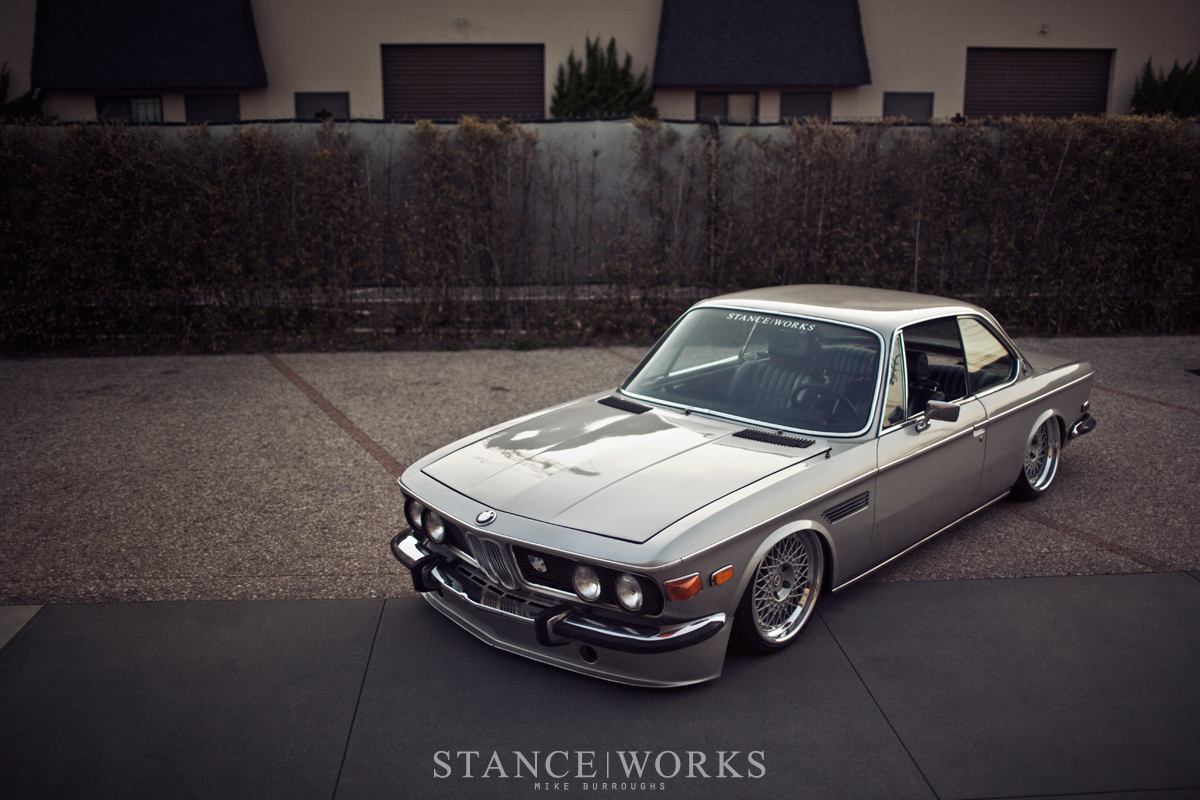