On To The Next One – Michael Morelli’s Audi R8

On To The Next One – Michael Morelli’s Audi R8

Last Summer, Michael Morelli's Lotus Elise found its way to the StanceWorks homepage; its rough-and-tumble demeanor, exclusive parts, and the widened arches made for a car that few could believe was built to be driven daily. However, in the 12 months that have since passed, Michael has found that the Lotus deserves to be where it was intended: on the track. As someone with exotic tastes, few cars fit the bill as a replacement. An SLS Black Series, the McLaren 650S, and the 458 all earned a place at the top of Michael's list for a suitable project, but somehow, it's the R8 that won out above the others. 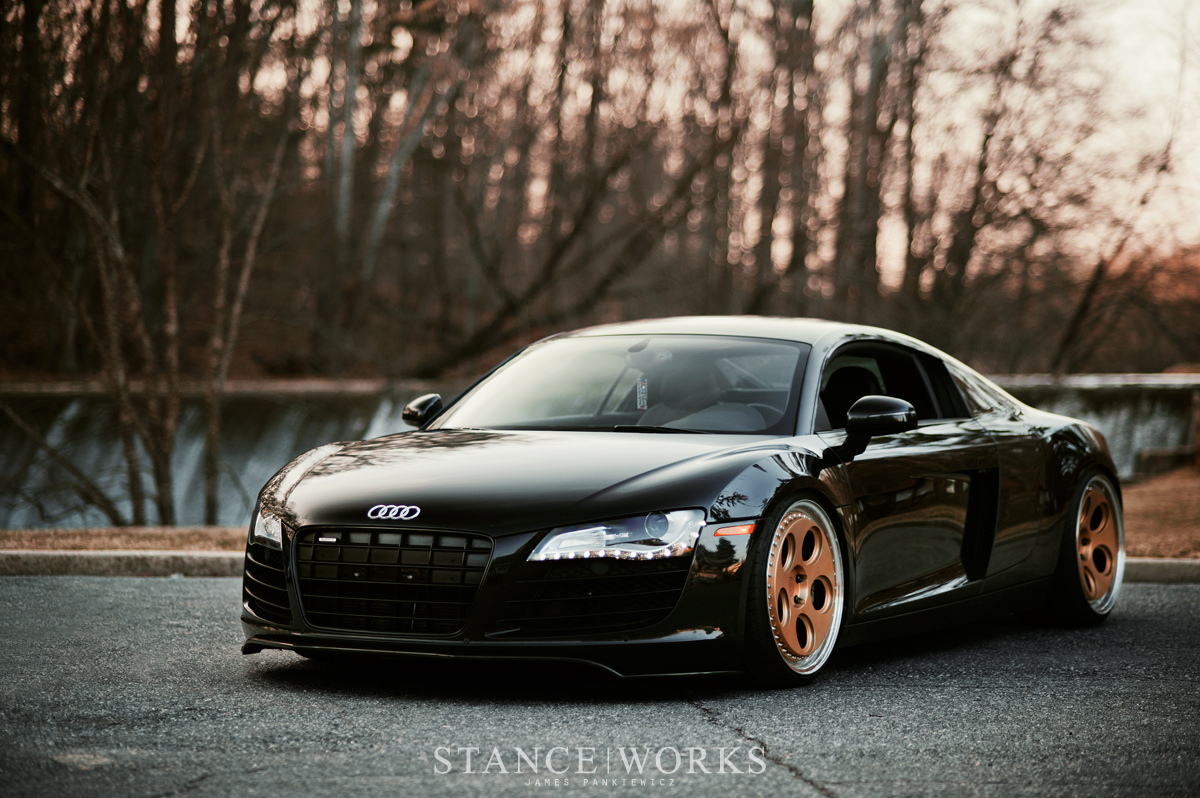 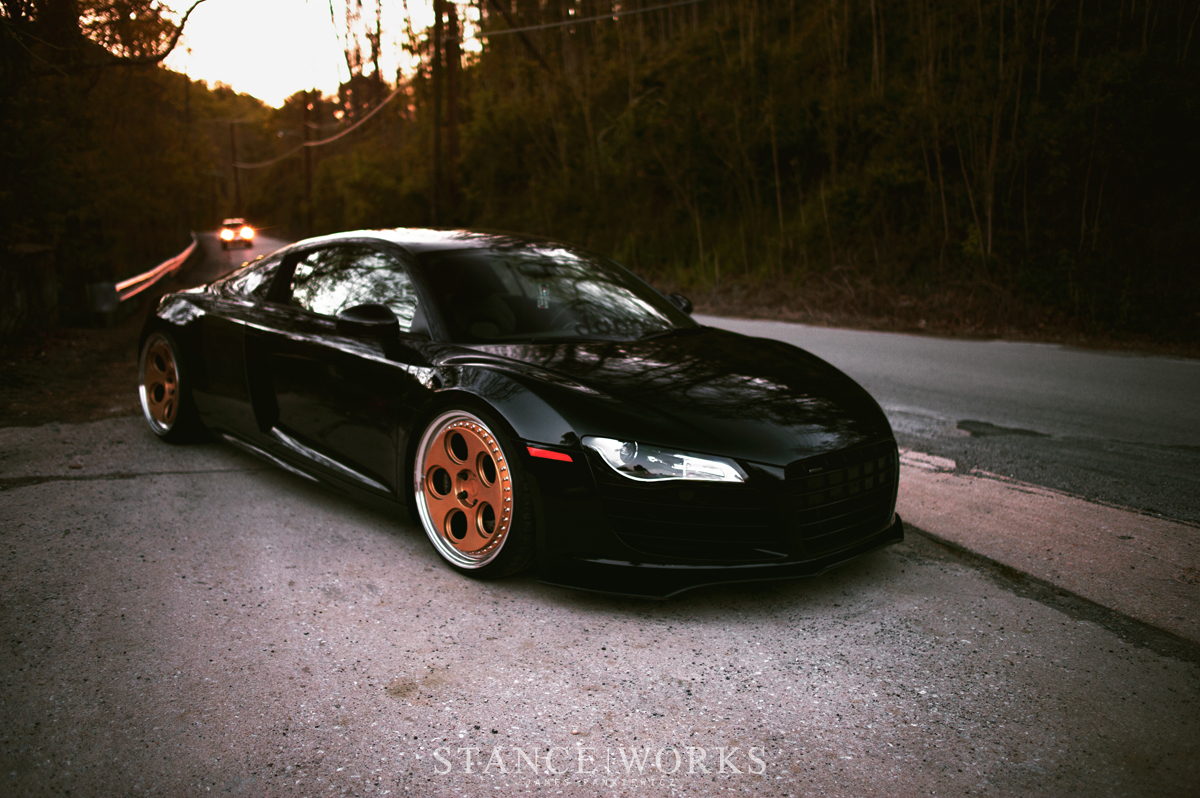 For some, myself included, it's hard to fully grasp how Audi's R8, now 10 years old in design aside from the recent facelift, can beat out cars that seem to be a full tier above it. For starters, there's certainly a bit of a bias at play. Michael admits he firmly believes the R8 is the most elegant vehicle ever built, calling it second-to-none in terms of aesthetics. Second, it's the car's title of "everyday supercar" that helped with the decision. In what Michael calls the car's "all weather nature," the R8 inarguably has a significant sense of practicality over its counterparts. Having stumbled upon the perfect example at a local dealership, fitted with the exact options he was after, Michael worked a cash deal and added Audi's best to his stable, alongside his now-track-dedicated Lotus. 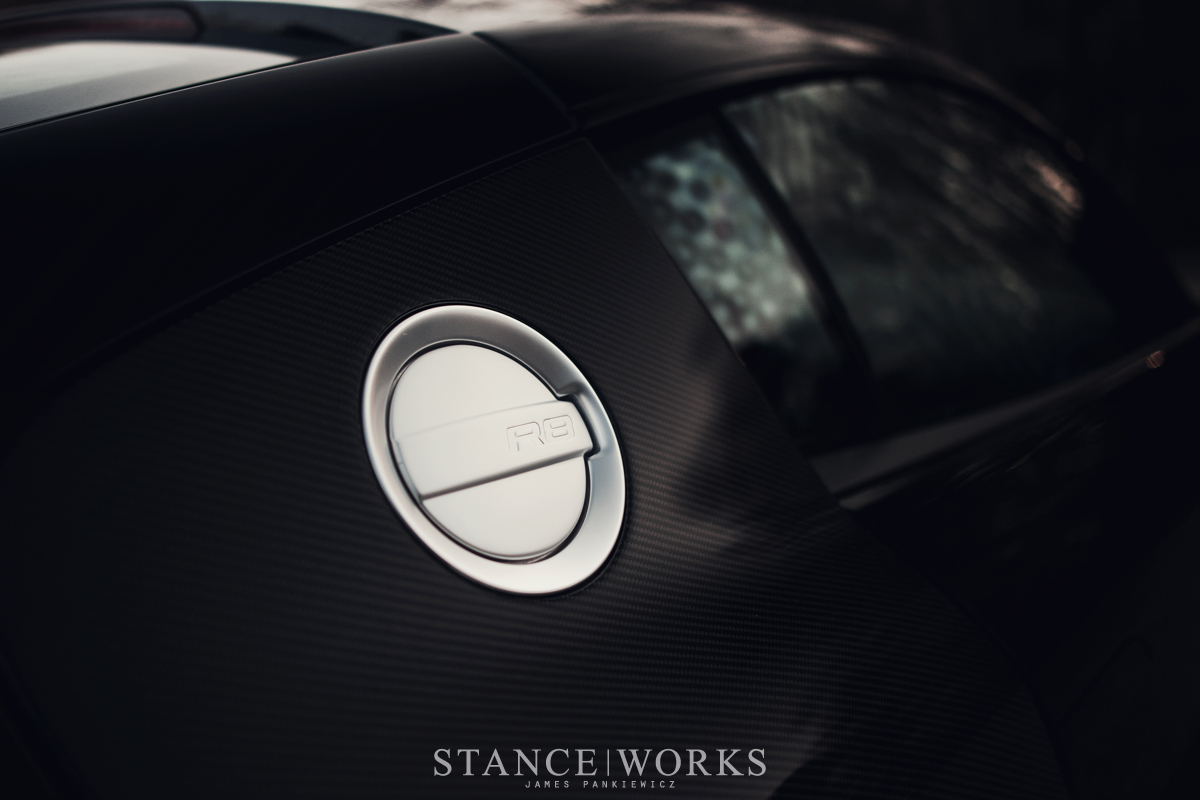 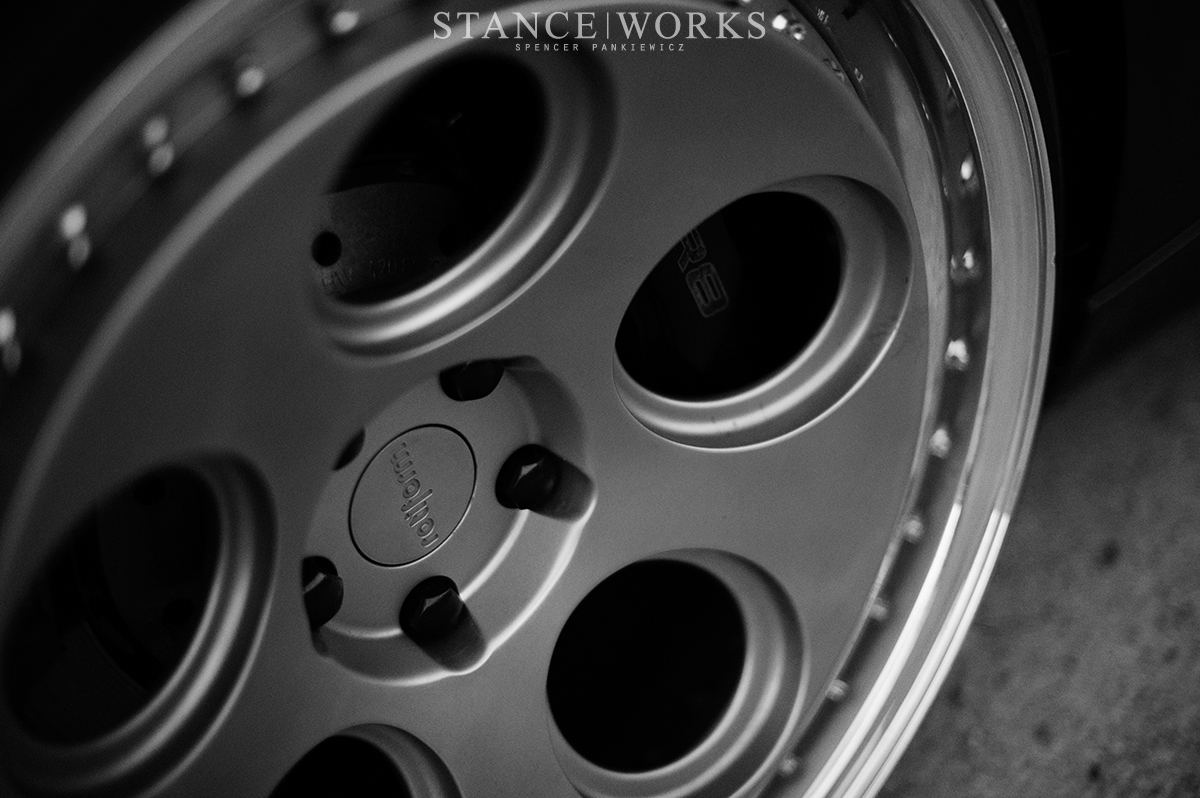 Michael knew what he was after, as it wasn't his first time owning an R8. Years ago, a V10 example occupied the garage, but thanks to a host of reasons, most notably that the car was neither the color he wished, nor was it equipped the way he wanted, Michael moved on to other projects. This time, the stars were aligned. The black-on-black 6-speed facelifted example was exactly what he had dreamt up. Within no time, Michael got to work, turning the R8 into a creation all his own. 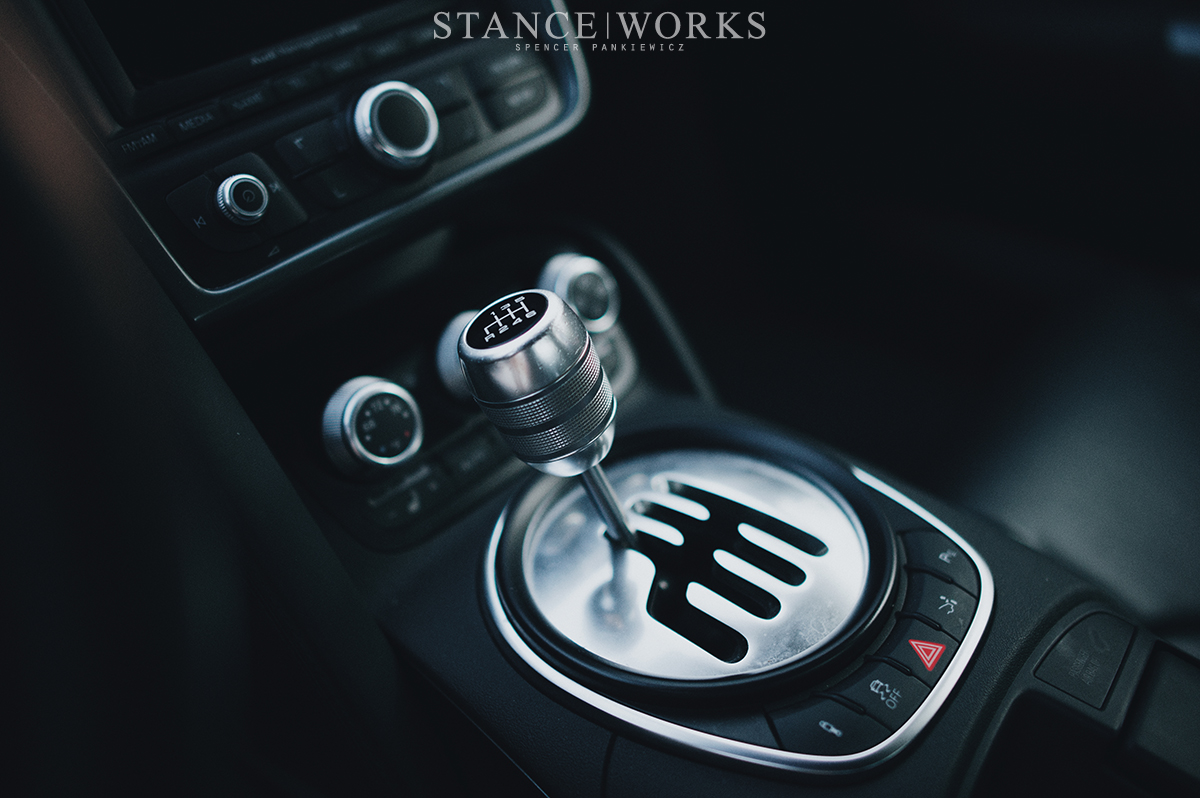 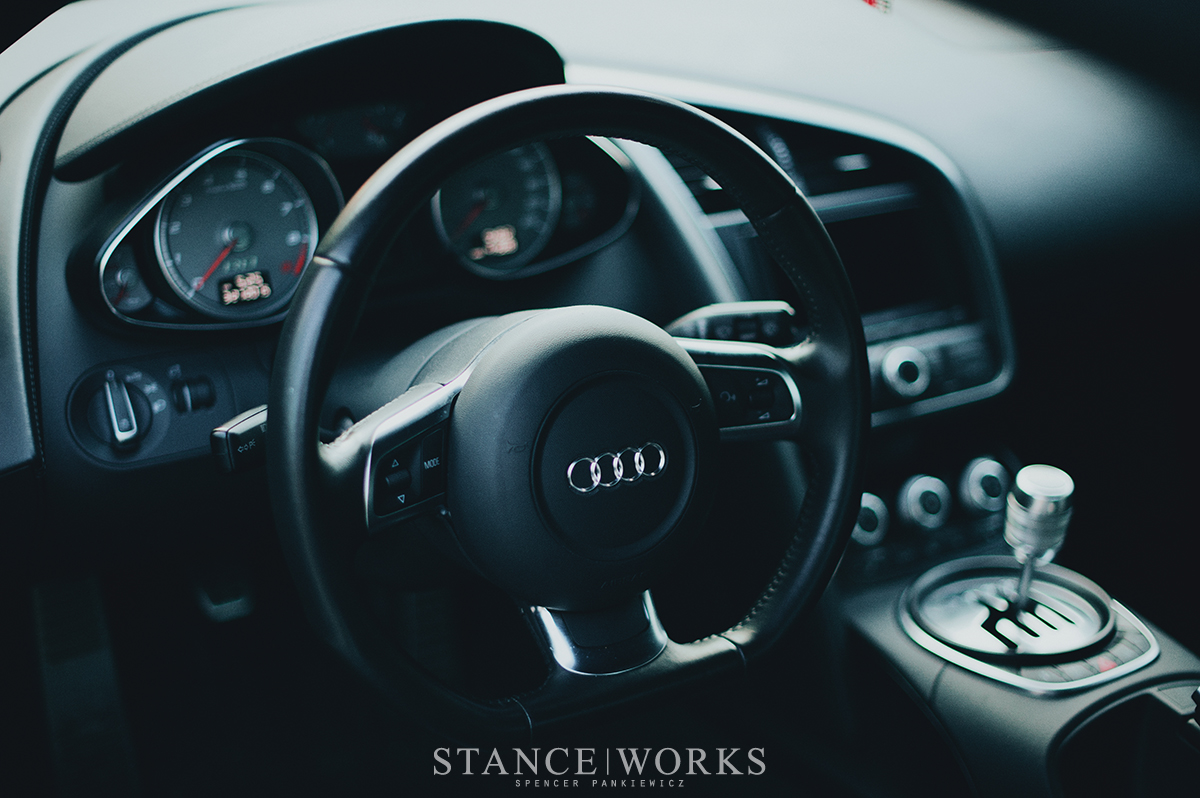 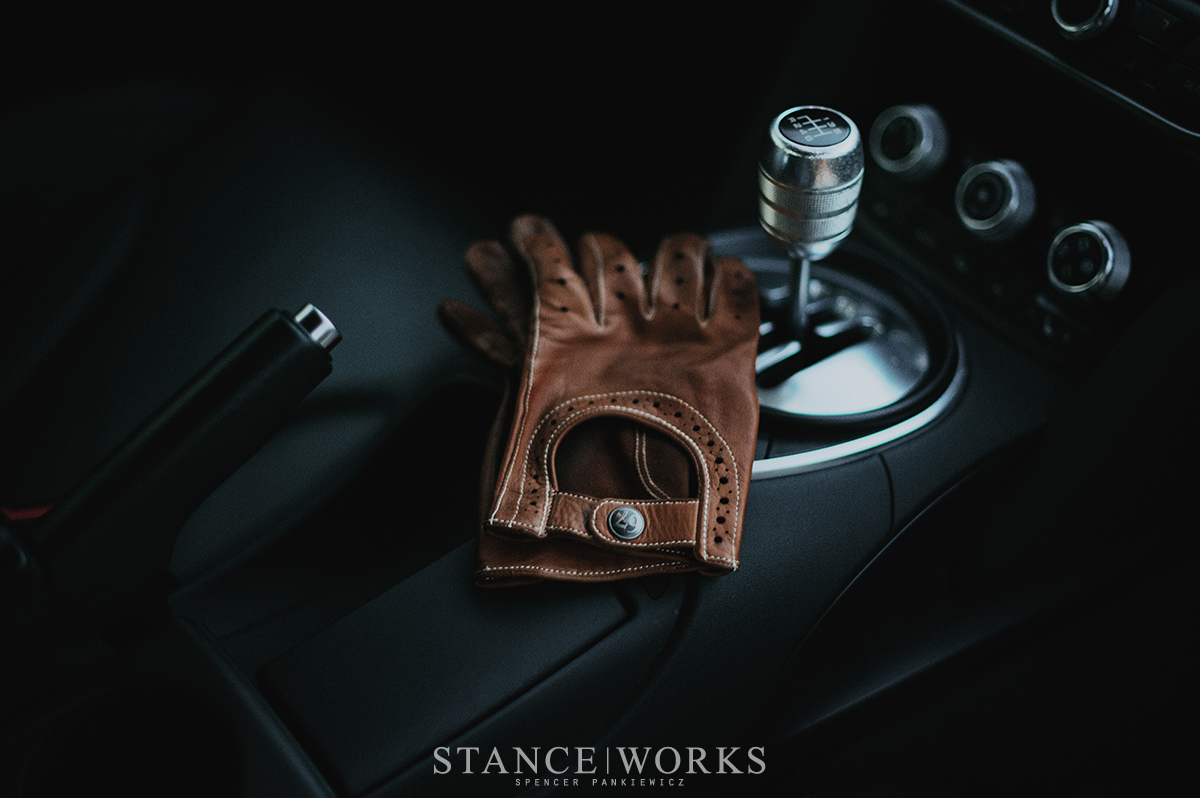 With such affinity for the R8, Michael wasn't keen on changing too much, especially on the interior, where he suggest that Audi got it right the first time. He briefly considered aftermarket seats, but felt the elegance of the factory components needed no alteration. For the exterior, however, there were improvements to be made. Starting at the nose of the R8, Michael fitted a european Black Optic grille and a Rush carbon front splitter. Moving back, OEM Plus carbon rocker panels were mounted, and at the tail end, OEM V10 exhaust tips pierce through the rear bumper. Ghosted exterior markers help subdue their color, bringing them in line with the black-on-black aesthetic. 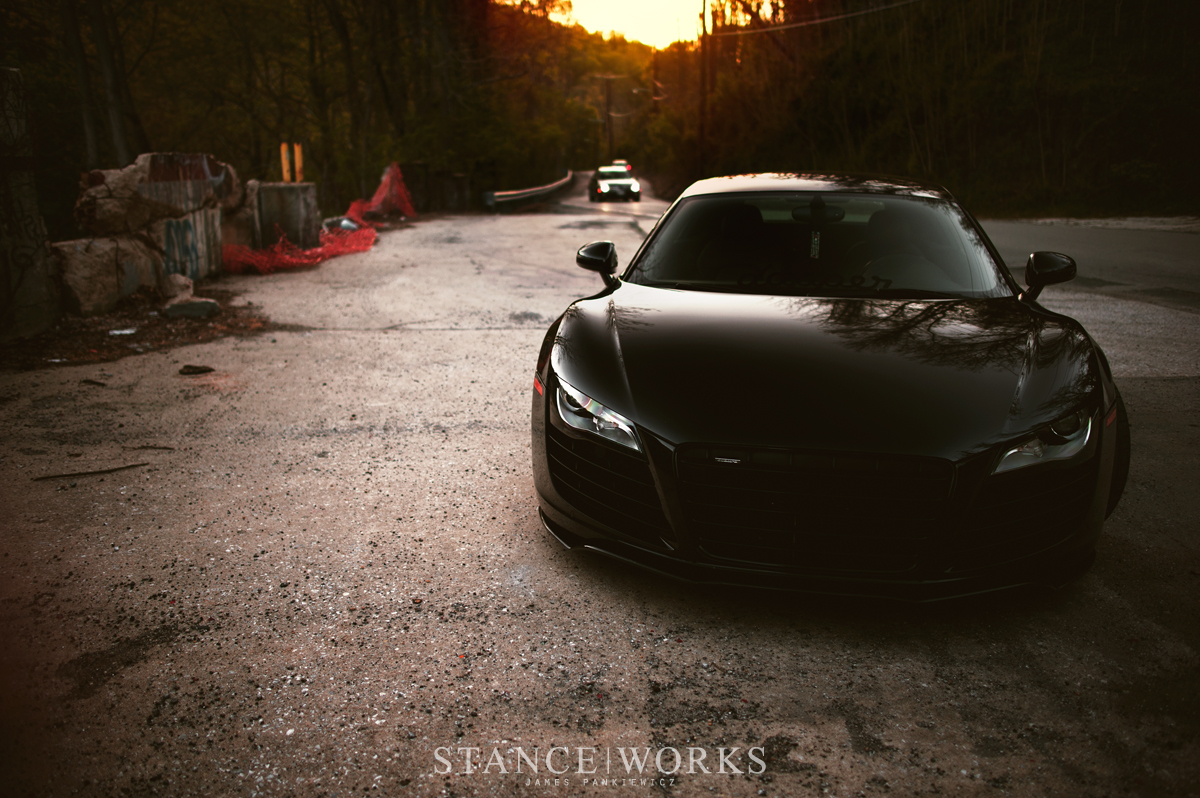 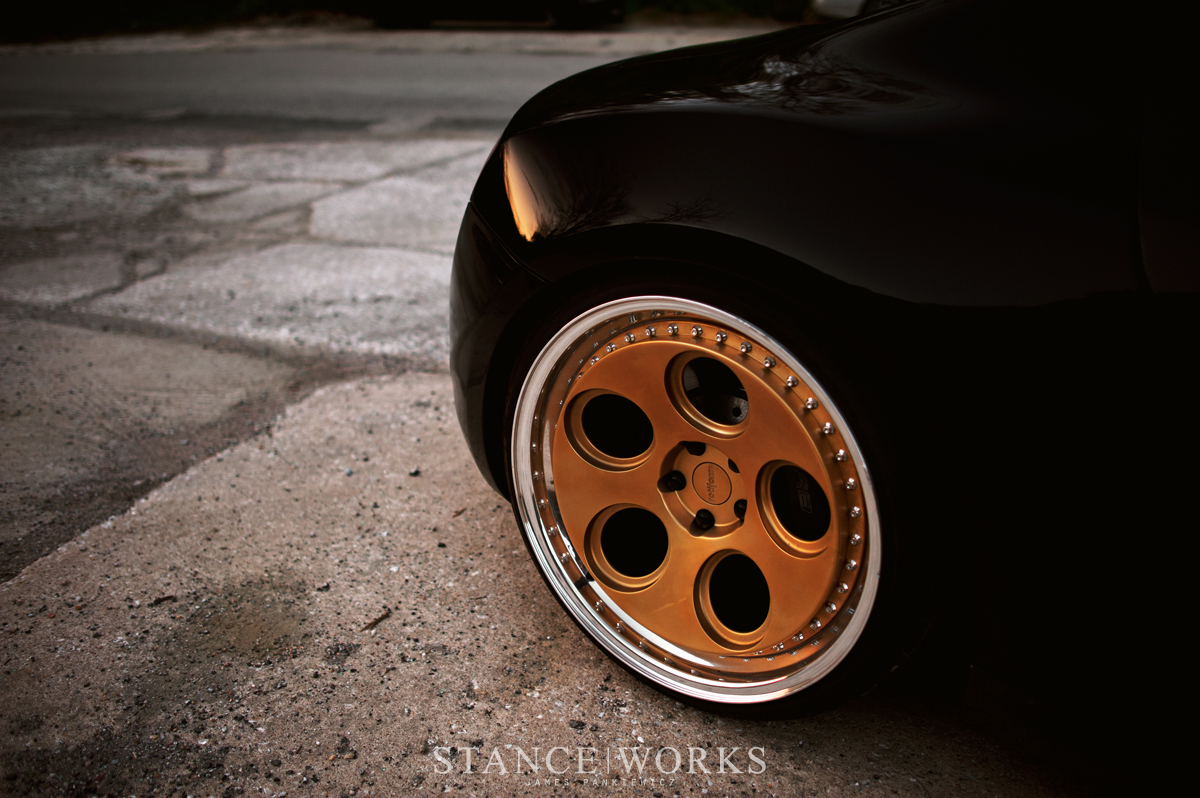 AH Exclusive coilovers, paired with a KW mag-ride delete system lower the car, which is perched atop a set of Rotiform DIAs, built in a 3-piece deep concave configuration. The final widths tally out to 20x9" and 20x12" for the rear. Inspired by Rotiform's RS4 build, Michael had little trouble deciding on the perfect wheel for the car. Lastly, under the hood, a SprintBooster, K&N Intakes, and tubular straight pipes liven the car up, and a tuned ECU makes everything work in unison. 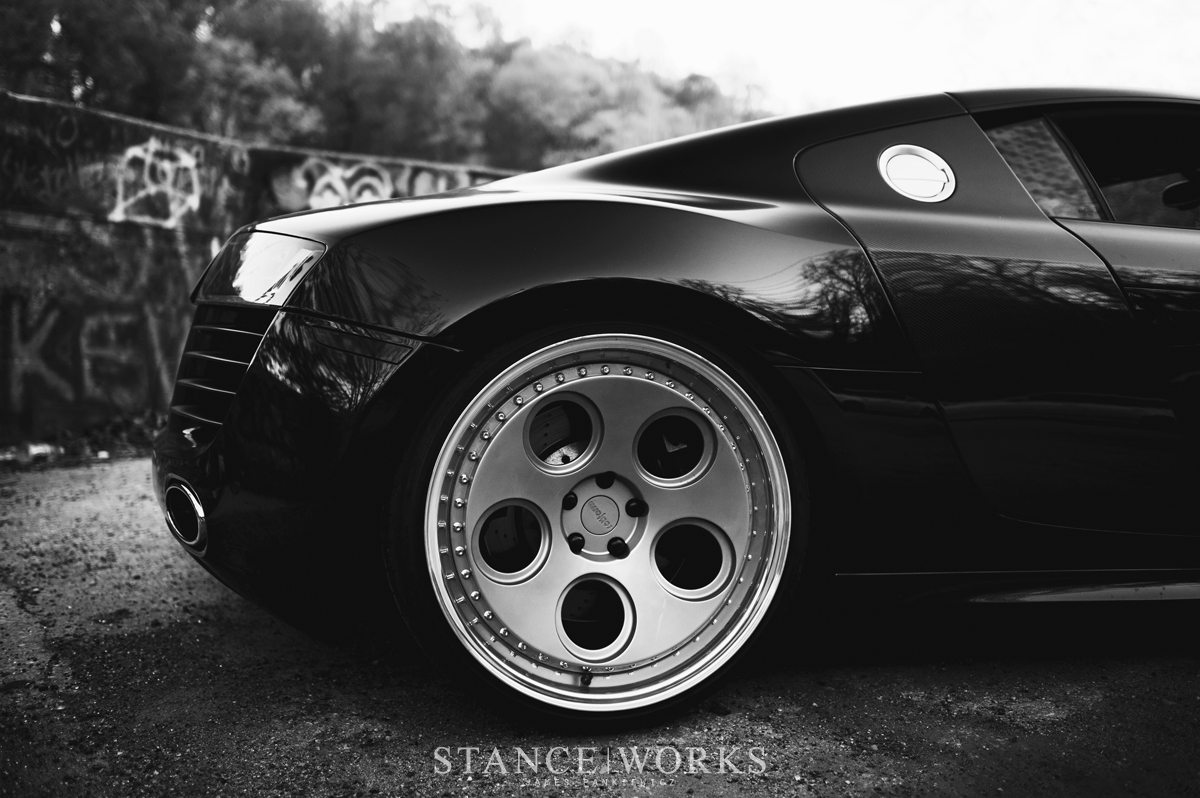 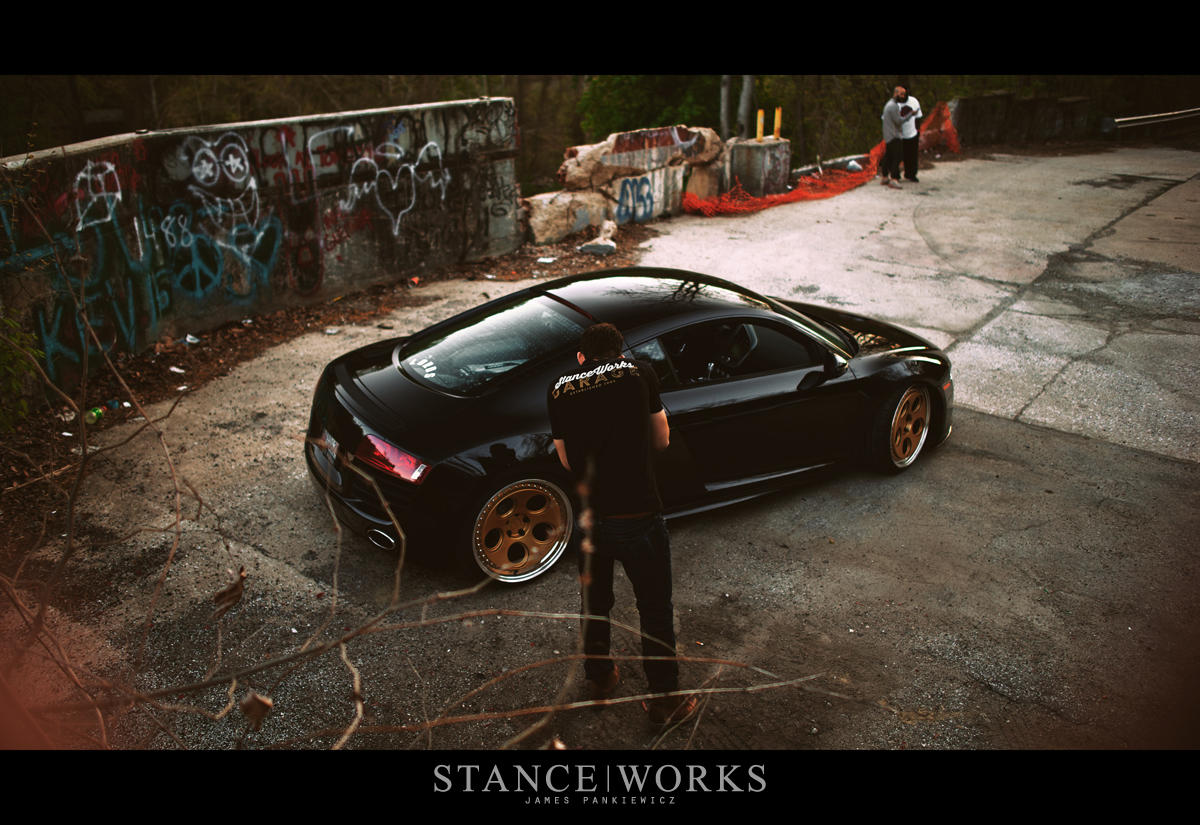 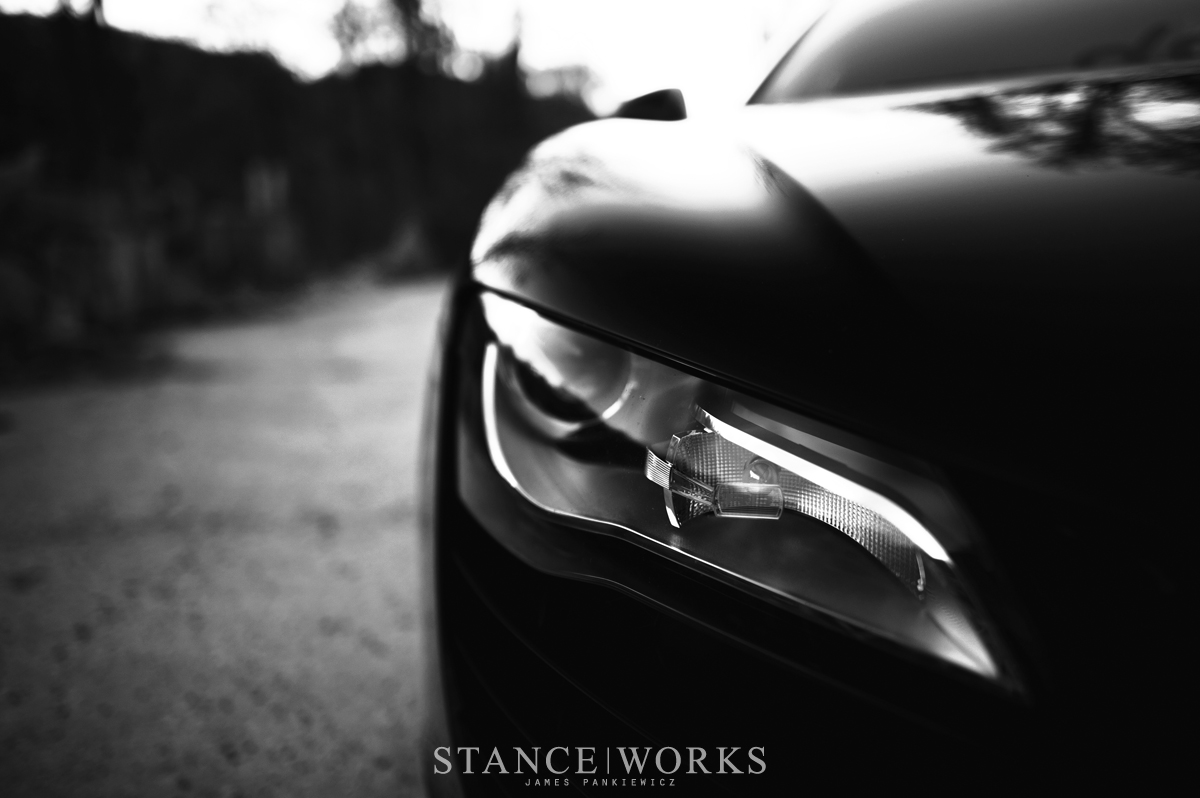 The parts and styling offer a car that is in complete contrast to Michael's intention with his project Lotus. "What the Lotus is, the R8 is not, and vice versa," he says. In wanting a no-holds-barred track car, the Lotus served as a platform for the R8 build. In contrast, the R8 offers what Michael refers to as the "true touring experience;" but where the two cars differ, and despite his accord for the R8, the Lotus still manages to steal his heart. Michael insists that at this point, he owns most of his favorite cars, but Lamborghini's Super Trofeo has snared his attention. Between his taste in cars, and his talent for building them, we're sure there's still more to see from Mr. Morelli. 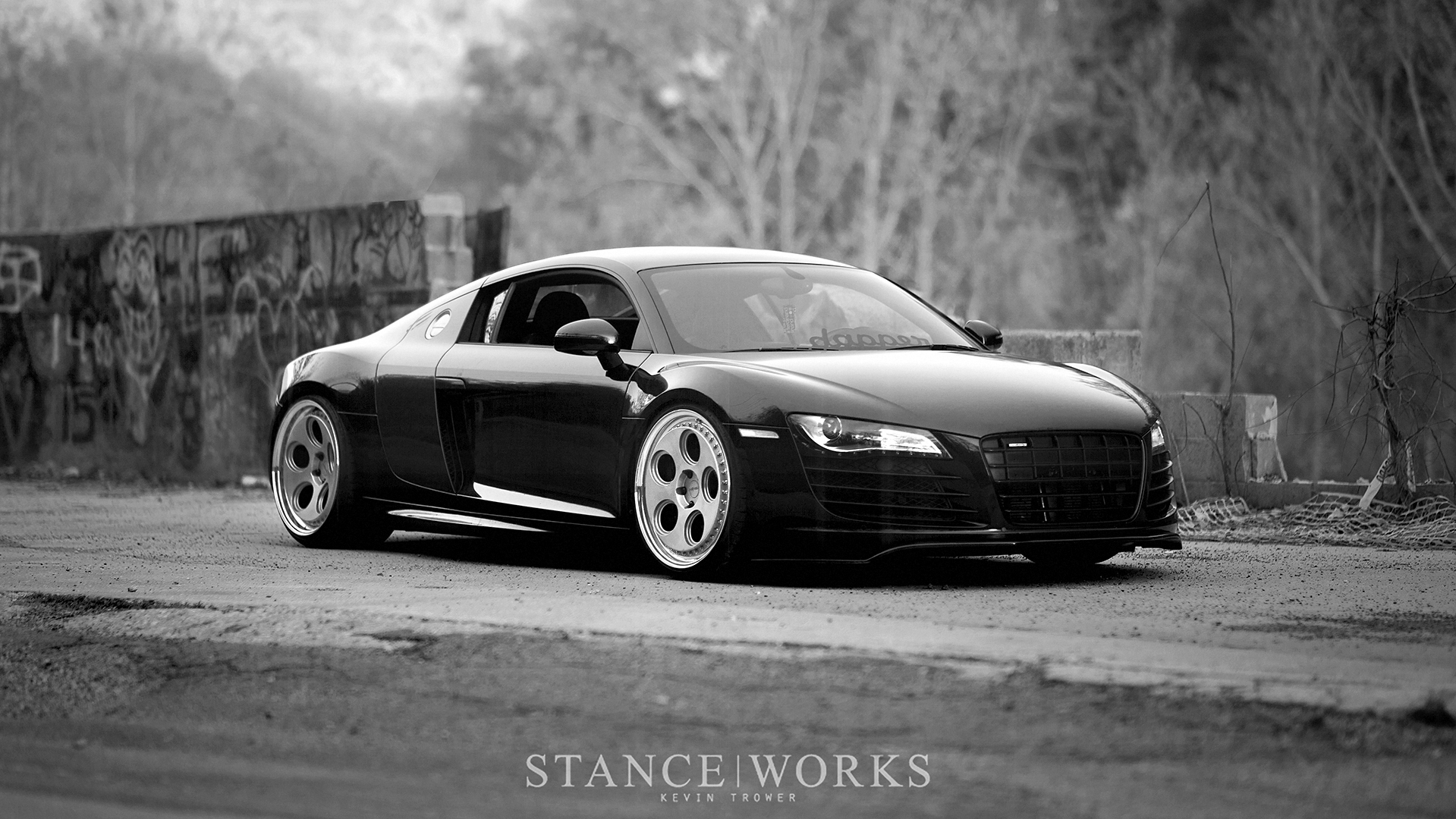 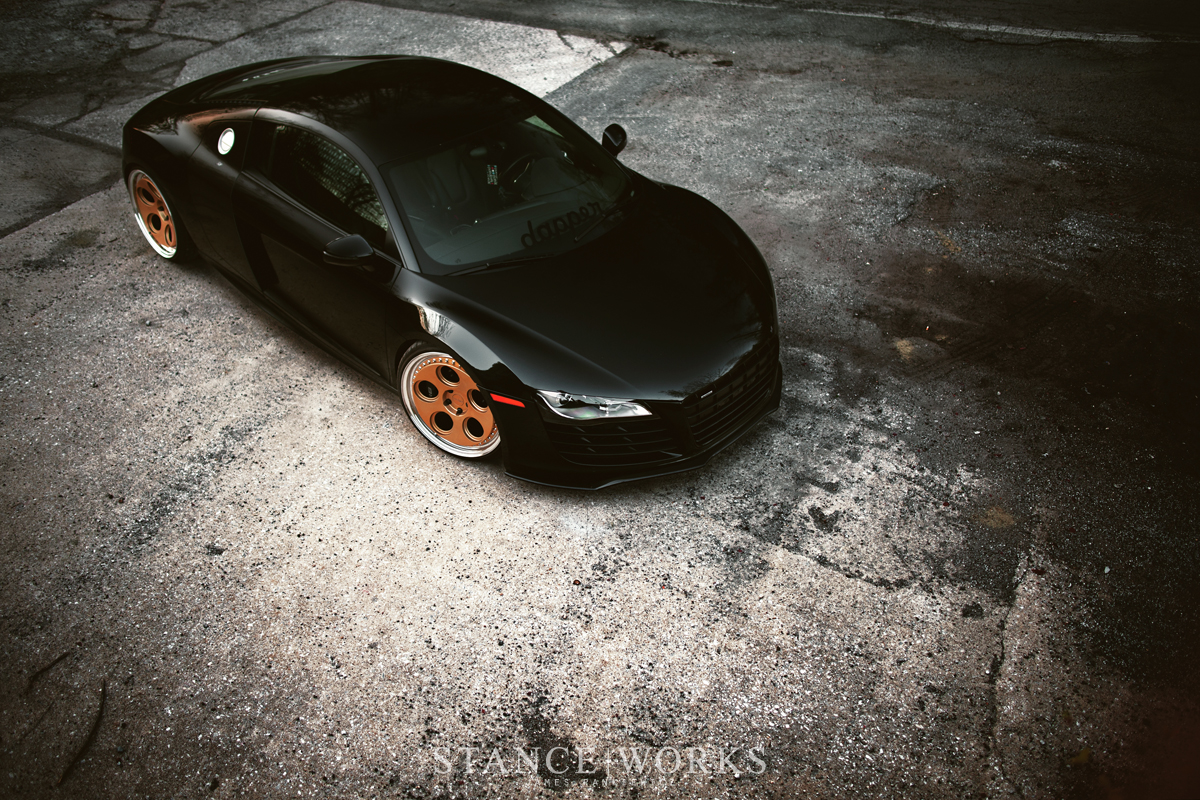