It'd be tough to find someone who would disagree that the most enjoyable part of the annual H2Oi weekend is simply the gathering of friends and the opportunity to kick it as a gang for the weekend. It's an opportunity to see those we only get to see once or twice a year, and for many,  an annual highlight. For us, it's not only a vacation, but a chance to pull out our cameras and shoot the cars we hardly ever get to see.

If we rewind back to Southern Worthersee back in May, Anthony Care brought his M3 down to Georgia for it's first big show, and to say it went over well is an understatement. At the time, it was on BBS RSs and tickled my fancy in just the right way. I went so far as to talk Anthony into following me back to TN to shoot the car. But we've all had shoots that don't turn out. So this time, Andrew and I made it count. 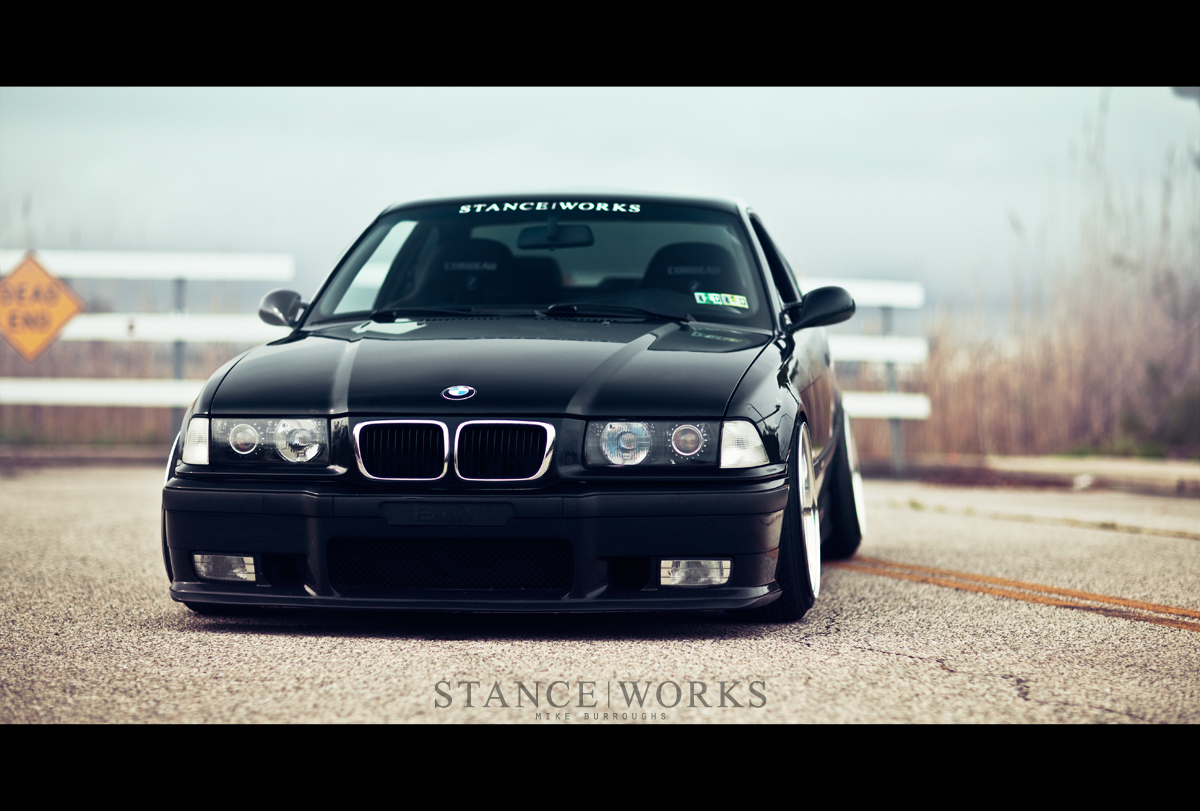 Part of our job here at StanceWorks is to share the cars that we're in to, the ones that are doing it a bit differently than the rest. Anthony's M3 isn't pushing the boundaries as an automobile, but it's got that certain neck-snapping quality to it. We think it's the absurd amount of camber... Scratch that, we're positive (and for the record, the desire to make some kind of "negative" joke here was unbelievable). The way Anthony's car sits is unlike any other E36 we've come across, and it rests on that fine line of "This is awesome" and "I'm not sure if I like that." 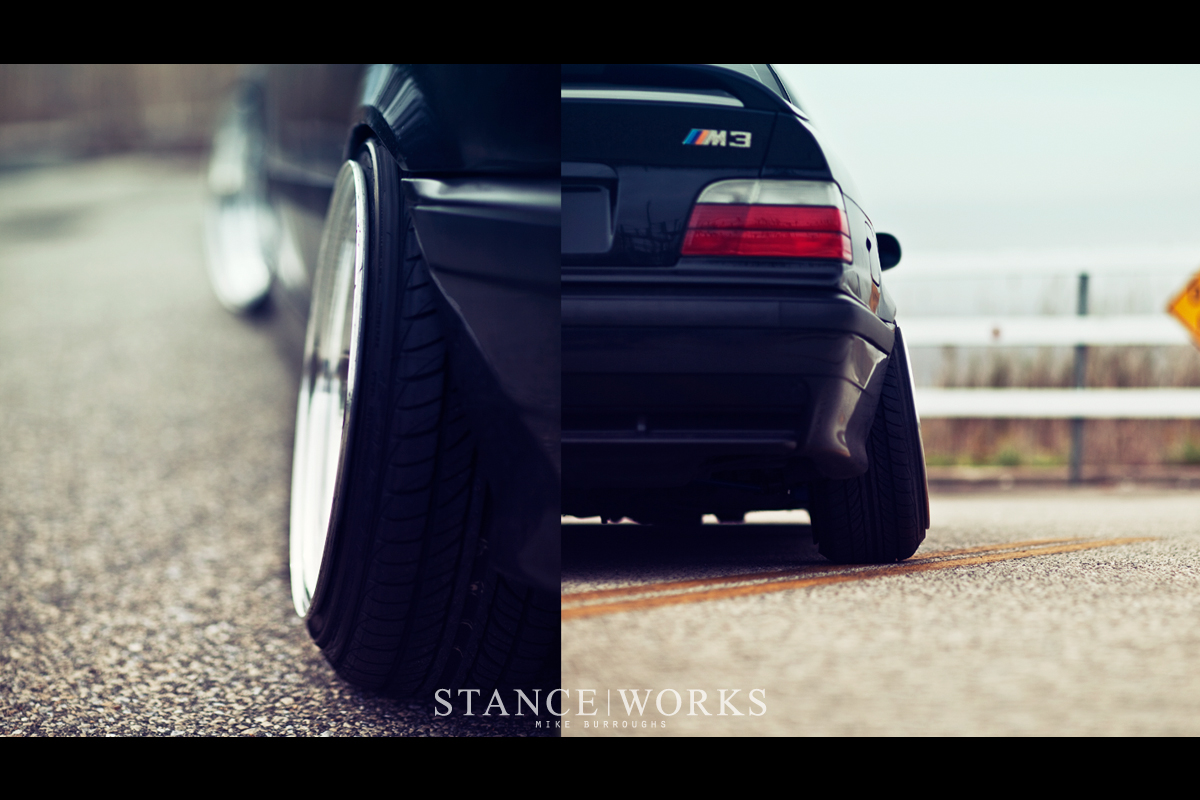 Anthony has put his car together the right way, and focused on performance first. He's got quite the NA build going, with every part he could get his hands on affixed to his S52. It's fast, no question, and his racing seats, harnesses, and slimmed down interior are a fresh reminder of that when you hop in the car. It's refreshing that Anthony wasn't afraid to mix both halves of the BMW world together, and he did a great job in doing so.

This time around, Anthony has assembled some seemingly-impossibly wide RFs, staying true to his BBS fanaticism. White faces, blue bolts, and some large lips are all it takes to take the exterior from average to a true attention grabber. 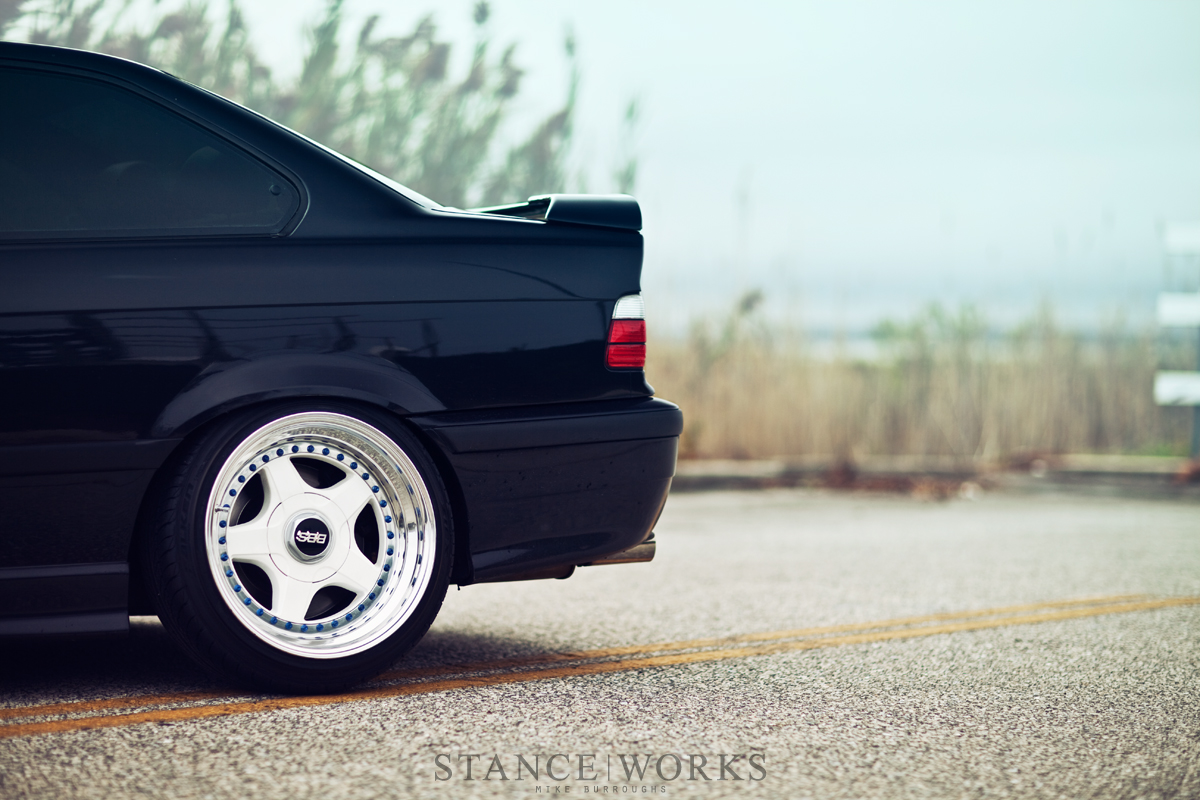 So love it or hate it, we felt the need to share his car. It's well done, clean, and tasteful. It's pushing that line of what we like, and for that, he's found a spot here. 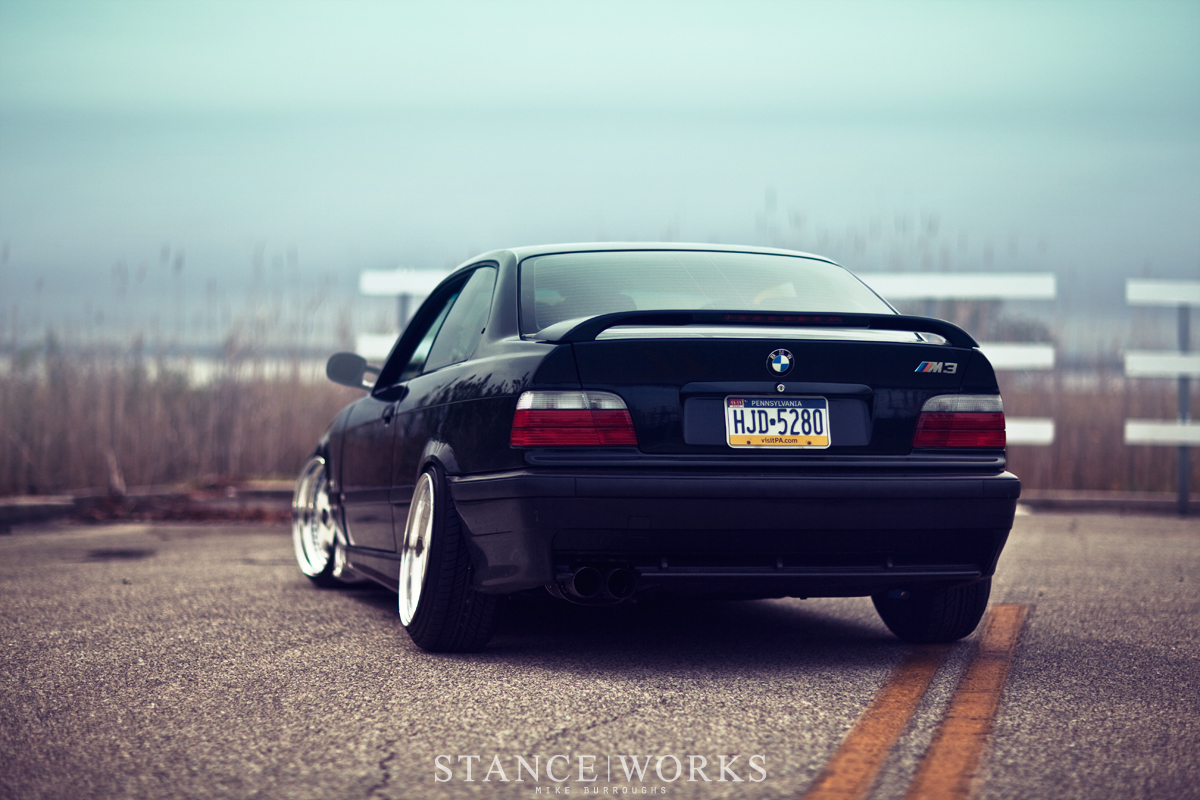 DISCUSS THE ARTICLE 
 Leave a comment and participate in the discussion.