You may not have noticed, but the automotive world is changing. In fact, the world is changing as a whole, both for better and for worse. The Earth is heating up, and climate change has an unprecedented level of momentum. Our fossil fuels are depleting, and greenhouse gasses continue to rise. It's estimated that our beloved cars produce nearly 20% of all global warming emissions in the United States. Perhaps it's hard to suggest that cars are to blame for the problem, but there's no doubt that our passion contributes to it. However, in 1997, Toyota brought the first widely accessible gasoline-electric hybrid vehicle to market: the Prius. It has long since been the butt of automotive jokes; the antithesis of everything we stand for, ranging from high-octane gas-guzzling race engines to smoky rear-wheel burnouts and an intimate connection with the road. But perhaps its time we give a nod to the Prius. Toyota was on to something. 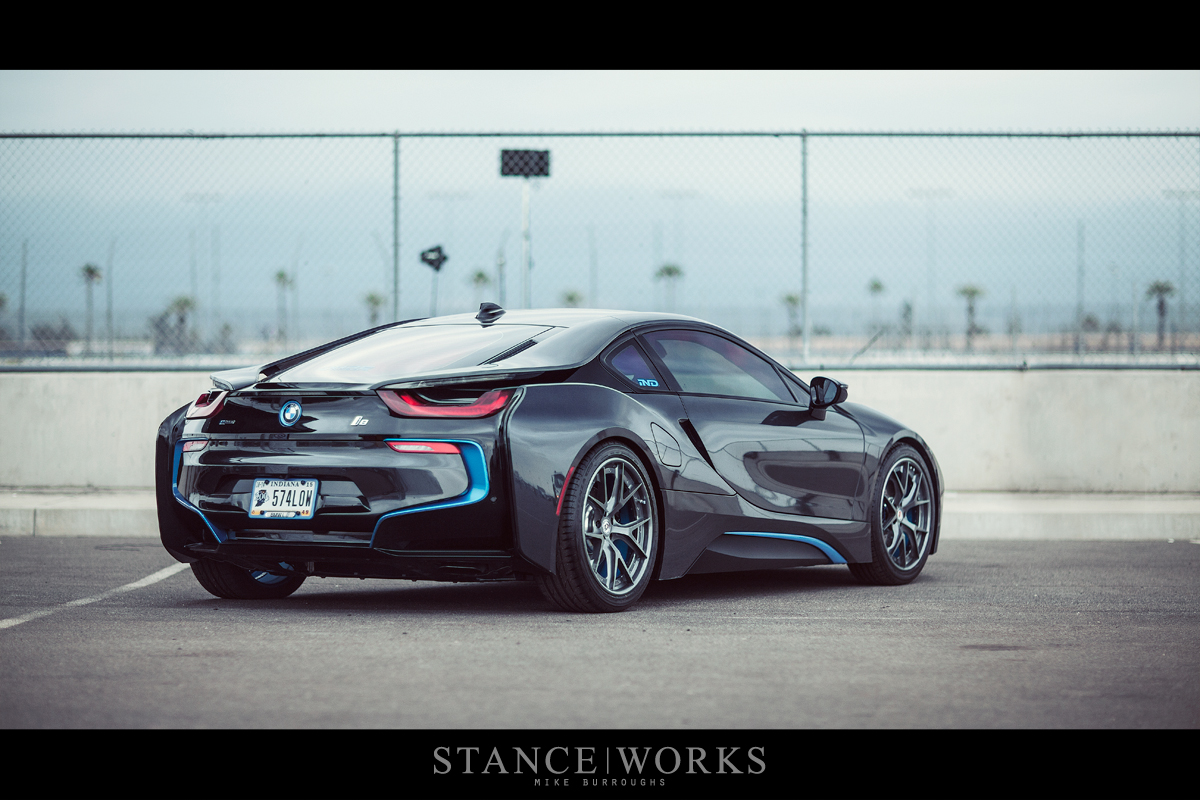 It's been almost twenty years since the debut of the hybrid Toyota. Now, in 2015, hybrid and all-electric cars are considered a core segment of the automotive market. Japan's hybrid market share stands staggeringly tall at more than 30% of new standard passenger cars sold in 2013. Seemingly every marque offers something in the way of hybrid and electric technology; some, such as the Chevy Spark EV, make Toyota's Prius look cool, and others, such as Tesla's Model S, are helping to redefine the industry as a whole. Even brands that we hold near and dear are changing their ways, like BMW's "i" program, and for good reason: it's the future of motoring. 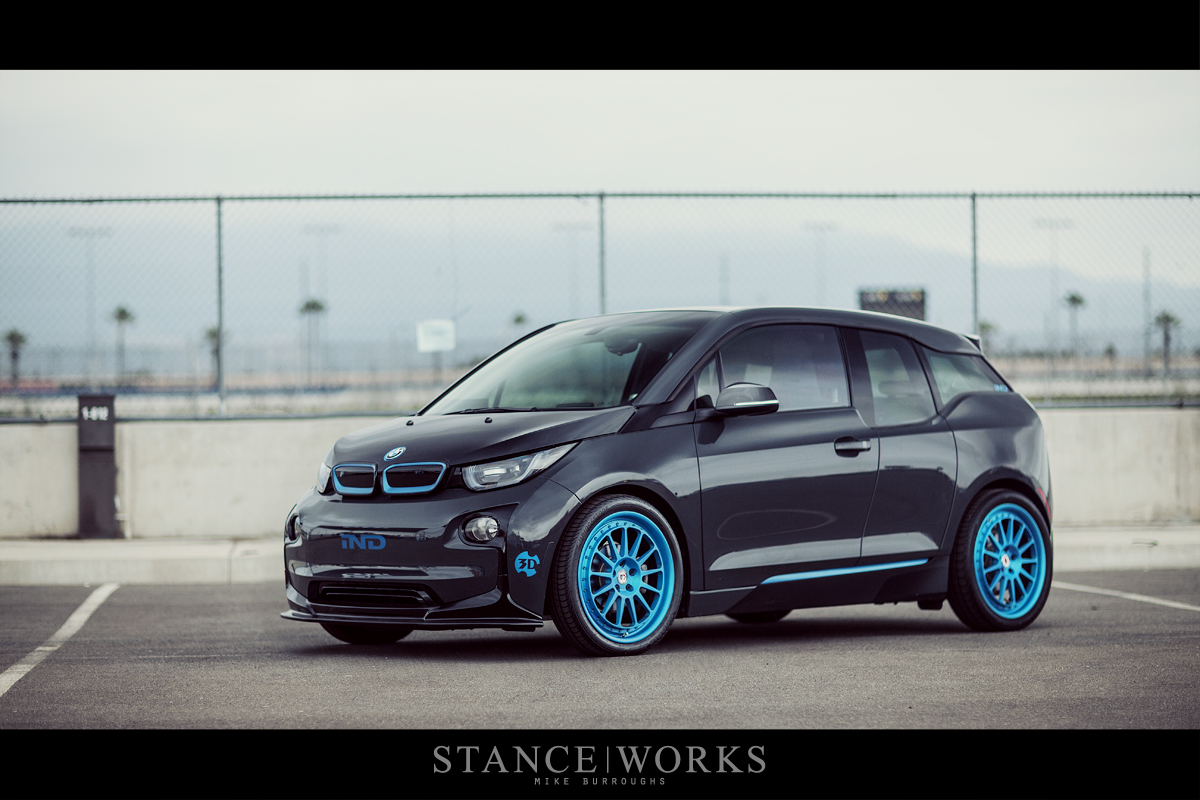 There will come a time when the Earth's fossil fuels run dry. BP suggest that could be as soon as 53 years from now; however, that's a bit unlikely. If, or rather when it does happen, even if it's a century from now, petrol-powered cars will become an antiquated hobby for the wealthy. Perhaps synthetics technology will make great strides, or perhaps alternatives surface, in turn keeping our classics putting along, but the truth is that furthering the technology behind renewable resources are paramount in keeping our cars on the road and in bettering our planet. Hydrogen-burning cars linger on the horizon as we figure out how to efficiently produce hydrogen on a large scale, but in the interim, electric cars are the way of the future. Advancements in solar, hydro, and wind energy generation all help to solidify their presence in our world. So, petrol heads, it's worth putting your aversions aside. 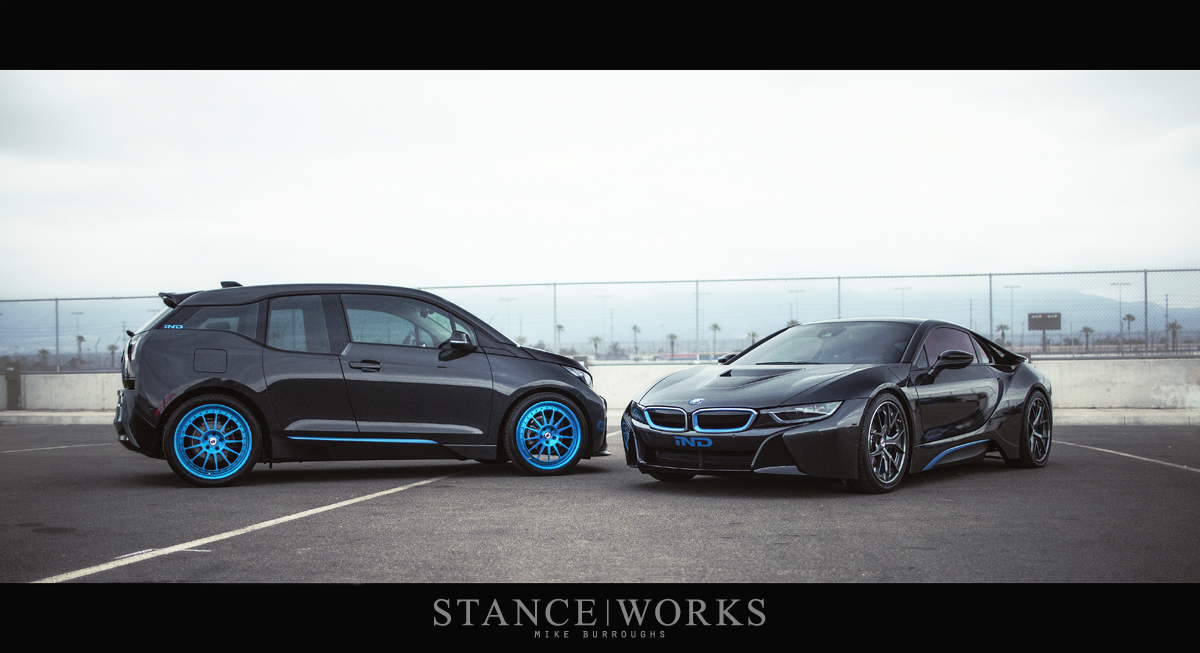 In 2011, BMW established BMW i, a branch developed to address the issues on the horizon of motoring; sustainability, most importantly. It's simple to brush off the i3 and i8 as a mere marketing exercise, or just another electric model range in a growing sea of boring, soulless cars, but it's worth diving deeper, past the stylized blue trimmings and and flashy advertising gimmicks. 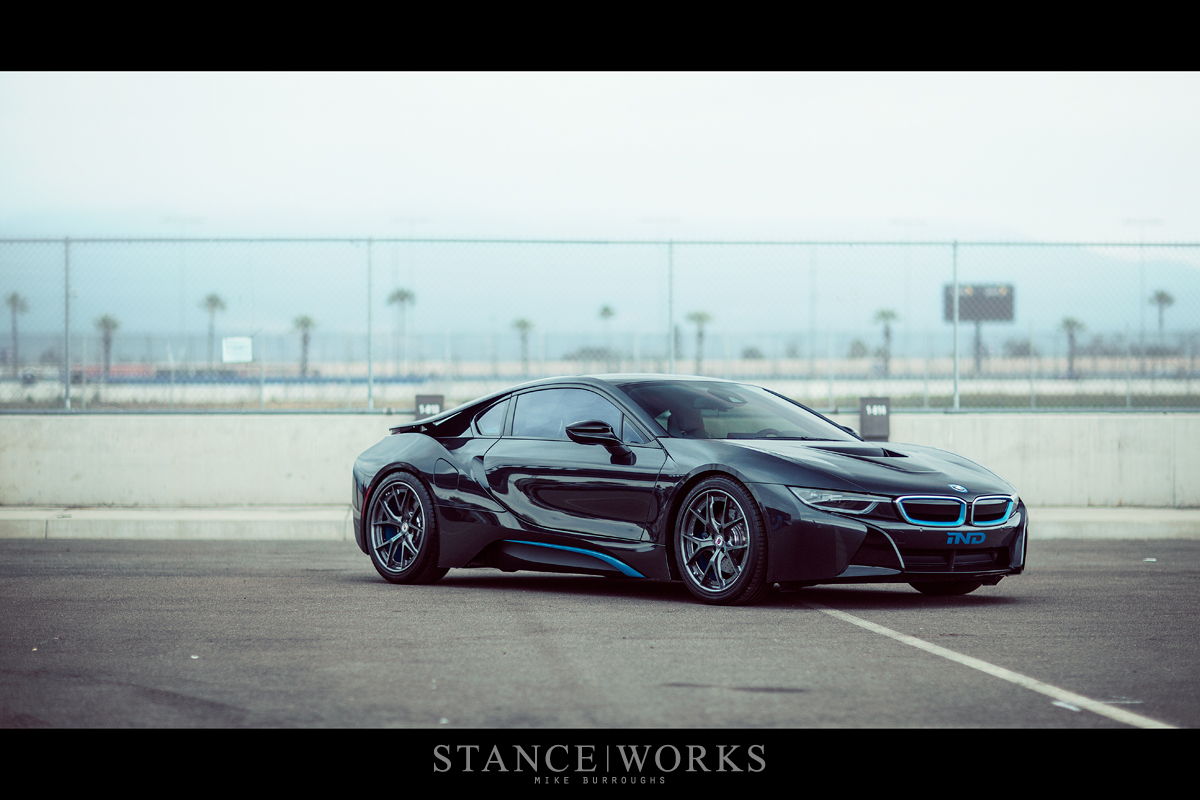 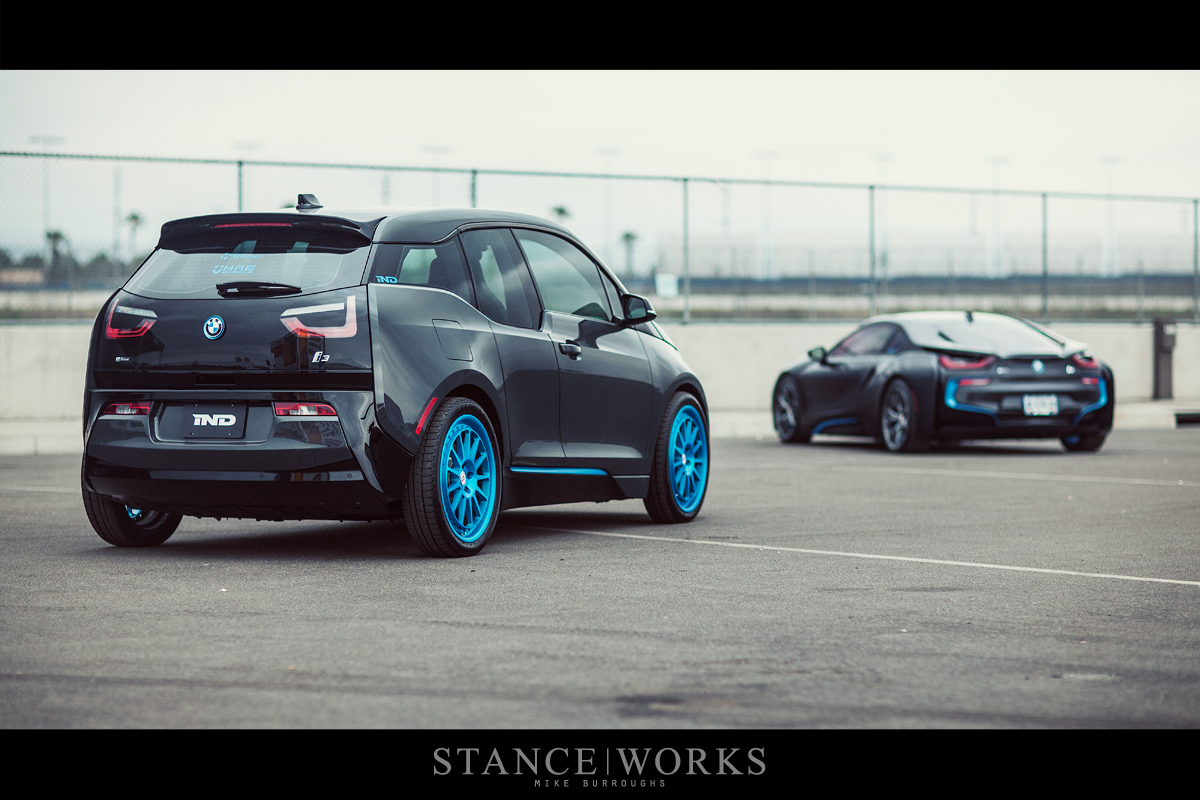 The structure of both the i3 and i8 are built from Carbon Fiber Reinforced Plastic, which BMW touts as being equal in strength to steel, but only half the weight, resulting in cars that are inarguably more efficient. Moreover, the light weight structure promotes acceleration, braking, and handling characteristics reminiscent of our gasoline-powered counterparts. In fact, the i8 accelerates its carbon fiber and battery-laden load to 60mph as fast as the iconic Ferrari F40, according to Road & Track, at an astonishing 3.8 seconds, and it does so while achieving 79 miles per gallon. Simply put, the conviction that hybrids can't co-exist in the enthusiast market is about to be outdated. 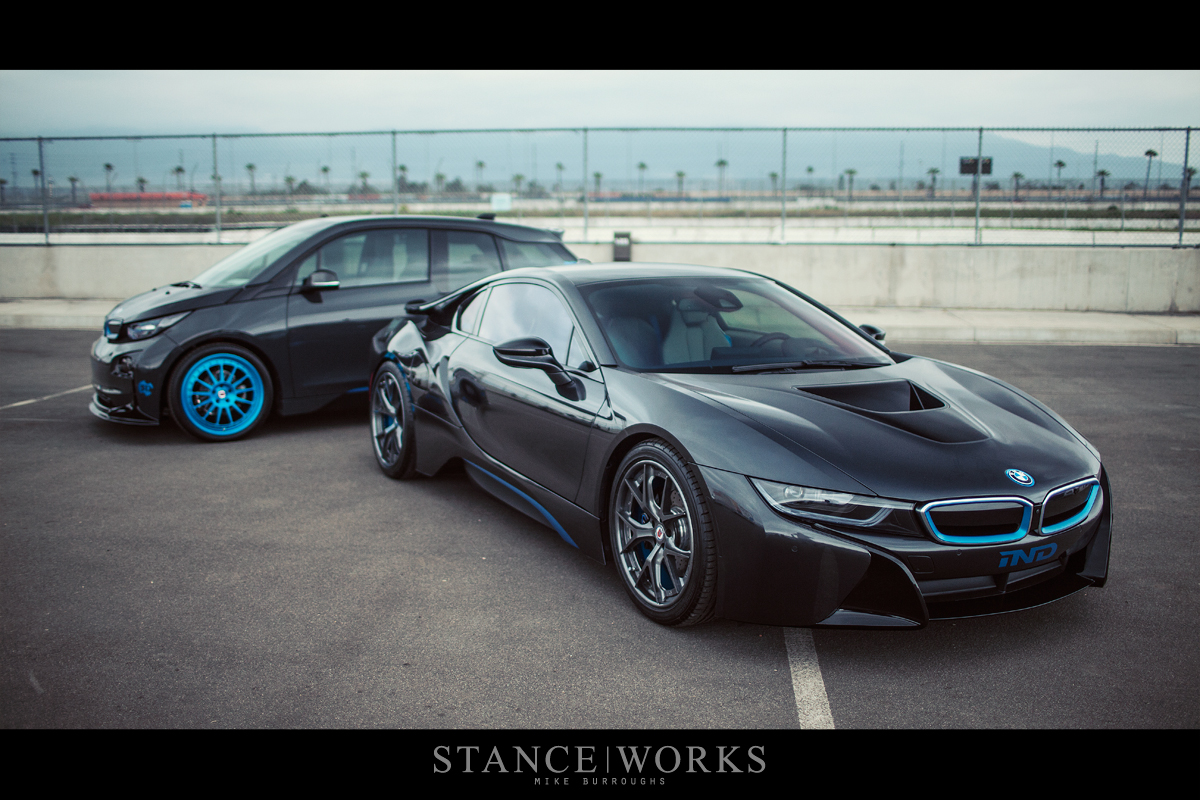 Of course, the i8 costs more than $100,000, and the i3 is a bit more subdued in comparison, but keep in mind, these cars are the first of their kind. The i3's 2700lb weight goes to show that a light, nimble, sports-counterpart could be on the horizon. It's also hard to argue that both cars don't look outright phenomenal. The i8 falls into conventional beauty, while the i3 earns a few more confused looks as it silently scoots down the road. In our opinion, the i3 has huge potential, and it seems we're not alone. 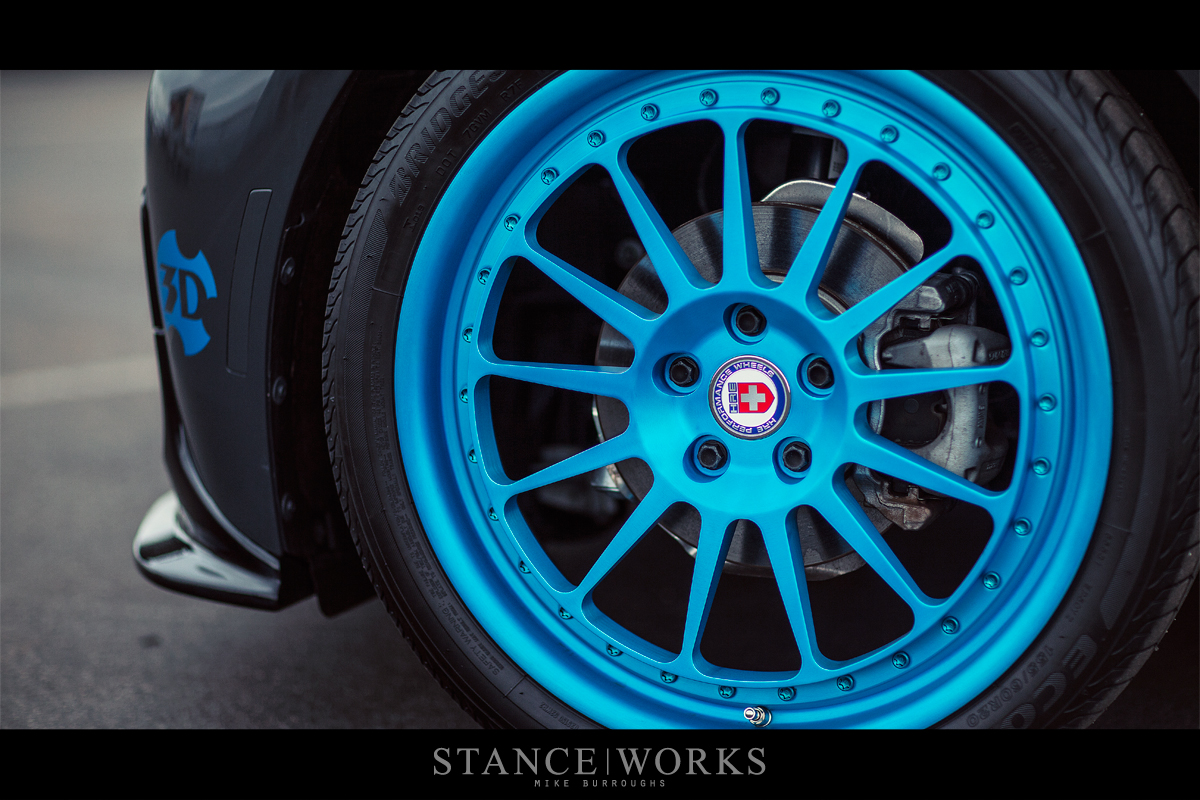 The team at IND Distribution, known for some of the foremost BMW builds in recent years, have turned their work towards the i brand. IND's styling choices have set a bit of a gold standard, and this time, their tastes explore both the obvious and the subtle. The i3 received the full treatment, starting with IND's painted reflectors. A 3D Design front lip paired with gloss black foglight surrounds, grille surrounds, and bumper slats liven up the front end, and carbon fiber mirror caps nod to the composition of the chassis. Cobra lowering springs drop the hatchback down, albeit slightly, helping both looks and handling characteristics. The most obvious change comes with the wheels: HRE 303Ms, custom built to cater to the i3's incredibly small footprint, pull inspiration from the i3's colorway, known as "ilectric" blue. 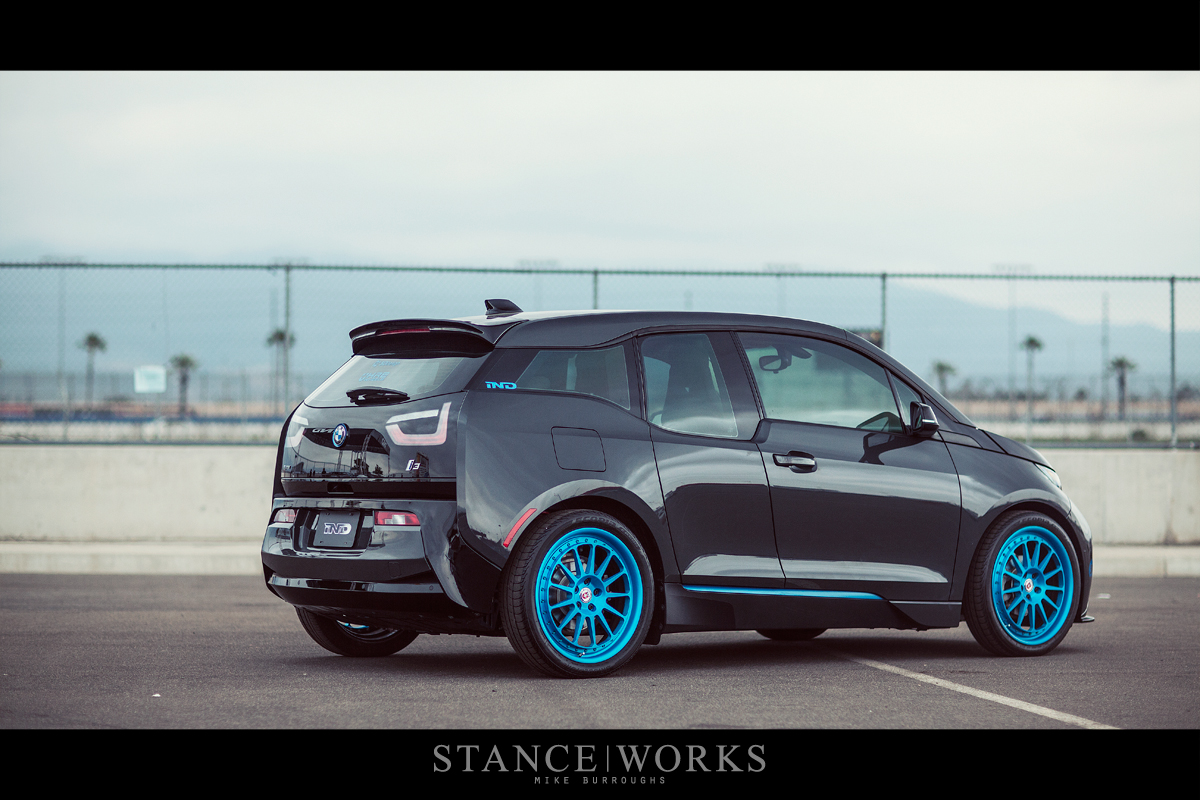 The "ilectric" blue seems to be an popular theme with tuners as they come into possession with the i cars, and the IND i3 isn't afraid to boast the colorway along with the others. The IND i8, on the other hand, carries the theme with an exceptional sense of understatedness. At first glance, the i8's aesthetics are improved monochromatically; painted reflectors clean up the bumpers, and charcoal-colored HRE S101 wheels bring about a sense of aggressiveness commanded by the exotic body. However, upon a closer look, the barrels of the wheels pull the i8's blue touches into the HREs as well. 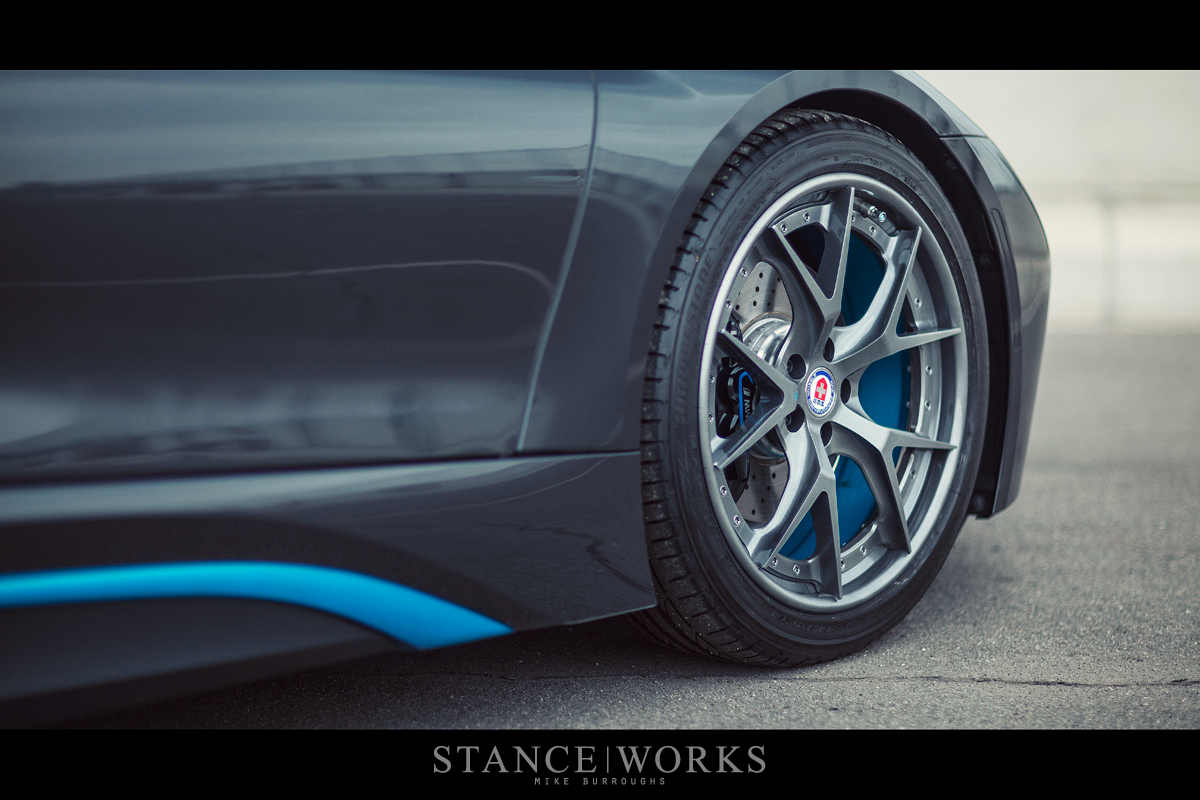 As for performance, it's anyone's guess as to how the capabilities of hybrid and electric drivelines may evolve, and more importantly, how tuners may push them to their limits. With broad-scale electric automotive drivelines largely still in their infancy, there's a lot to learn, and more yet to be discovered. Fuel mapping and octane ratings may become a thing of the past, giving way to electric power distribution maps, amperage ratings, and more.  One thing, however, is for certain: the future of motoring looks good, and drives even better. With the suspercars of the current generation utilizing hybrid driveline technology, the future of electric performance may just outshine the gasoline-burning machines we know today. It's hard to swallow the thought that perhaps the Toyota Prius isn't quite as terrible as we once thought. Rest assured though... the i8, and the i3 for that matter, ain't no Prius. 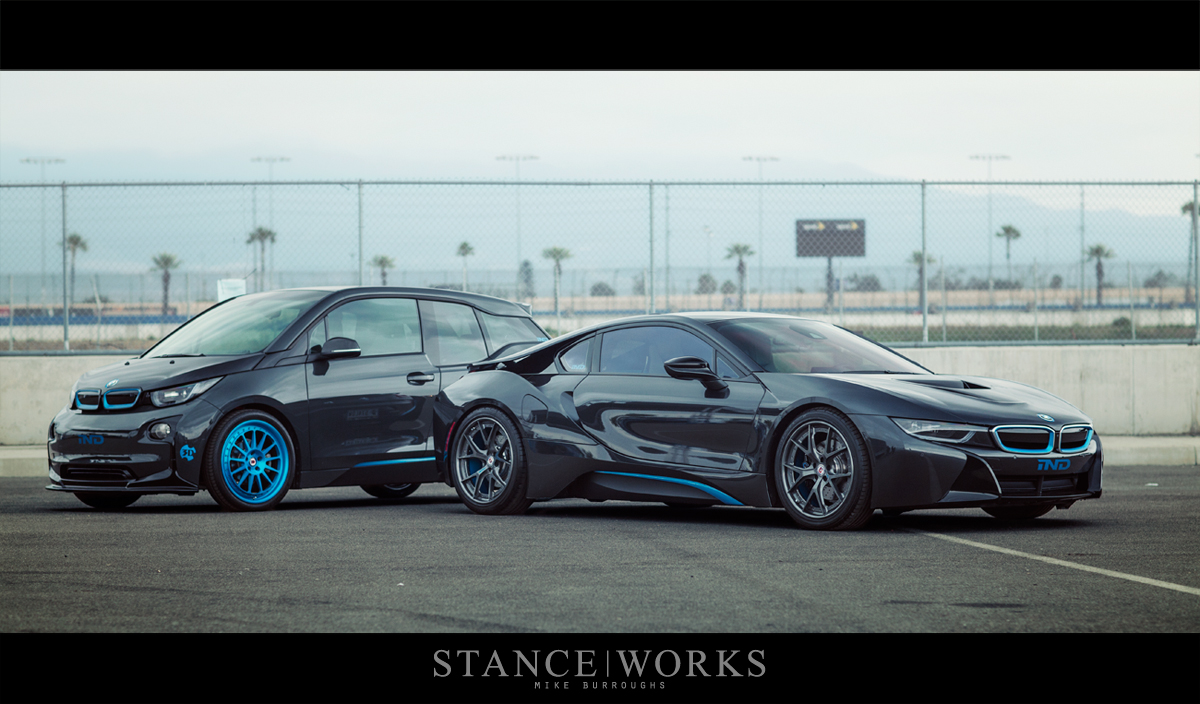