If you're a fan of racing simulators, chances are you've had your eyes on Project CARS for quite some time, and you're likely tired at work today after a long night of gaming on launch day. But if you've somehow managed to miss it, we're here to fix that. Grant Turismo and Forza Motorsport have finally found themselves with a competitor on the podium. Project CARS isn't Need for Speed or Drive Club; instead, Project CARS is a full-tilt simulator for the hardcore enthusiast. It is massively unforgiving in nature, but is ultimately the most rewarding racing experience gaming has to offer. For any fan of racing, gaming, and best of all, a mix between the two, Project CARS is a must-have, and here's why... 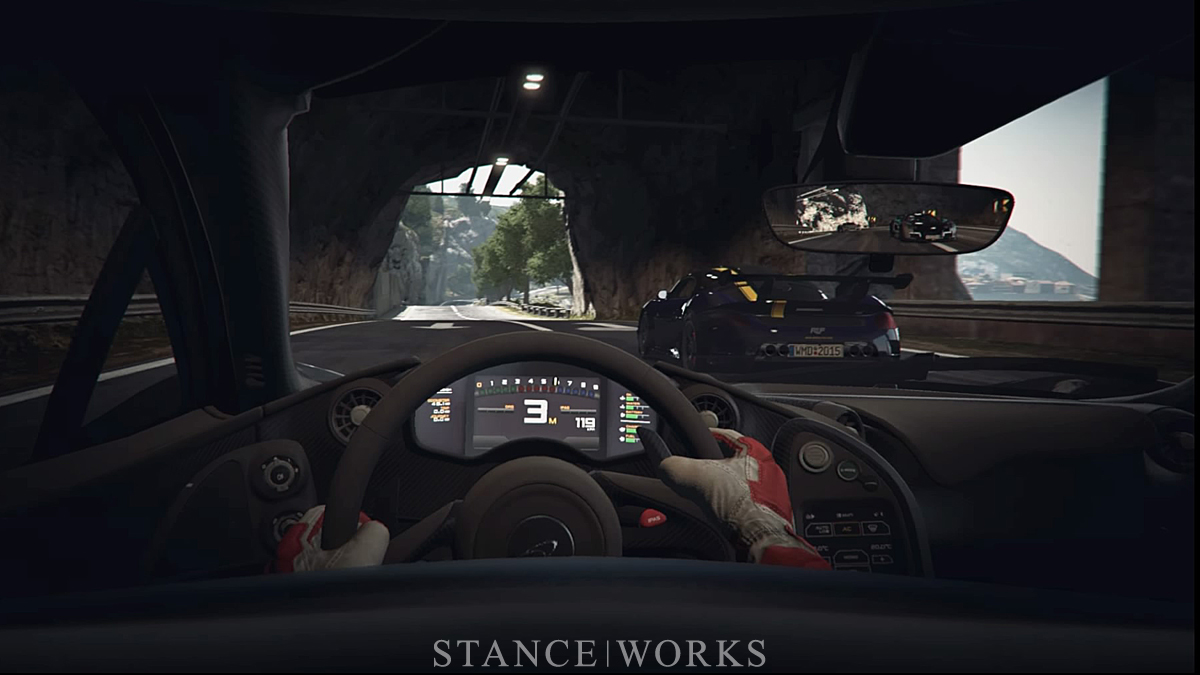 Our time spent away from cars made of metal, carbon, and composites, is often spent with cars in a digital sense. For years, we've spent weeknights with friends running head to head on Gran Turismo and Forza Motorsport, the two primary simulator franchises available to the majority of us. Each franchise has had its pros and cons, with the GT series edging out over Forza in terms of realism and physics, versus Forza taking the lead in terms of community, car customization, and honestly, fun. There are a few other titles in the genre, namely iRacing and rFactor for PC gamers, however, it's Forza and Gran Turismo that have become the staple games on consoles. Now, after a lengthy wait, Project CARS is available for the PC, PS4, and Xbox One, adding another competitor to the mix. 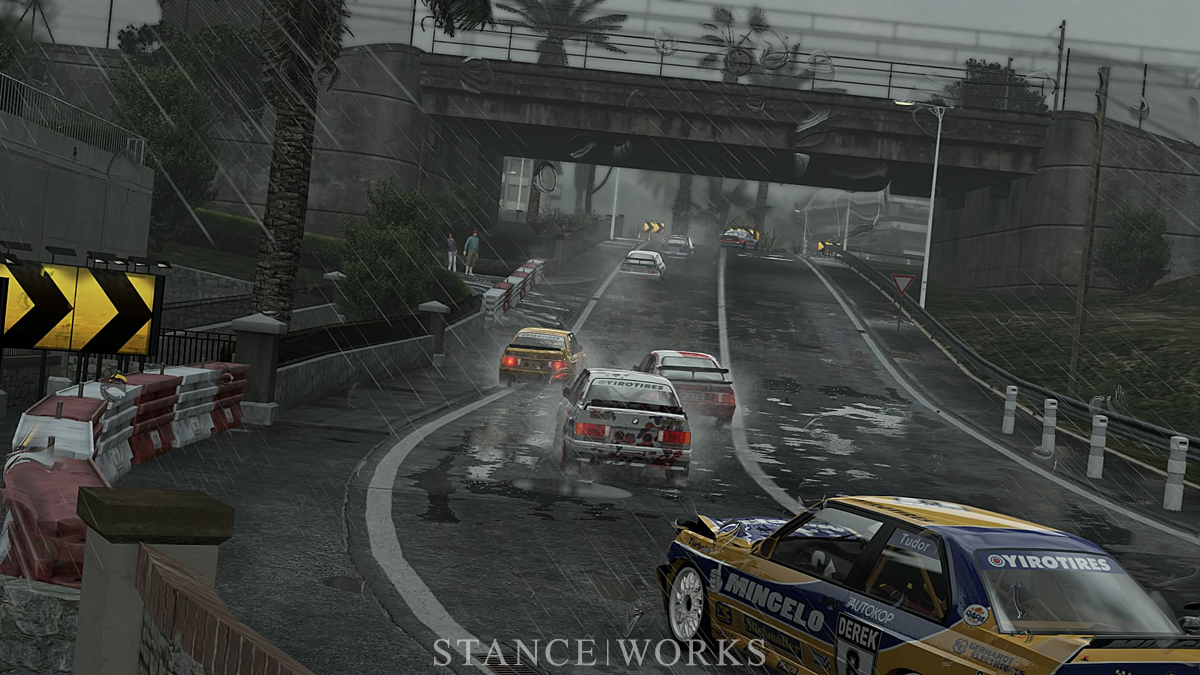 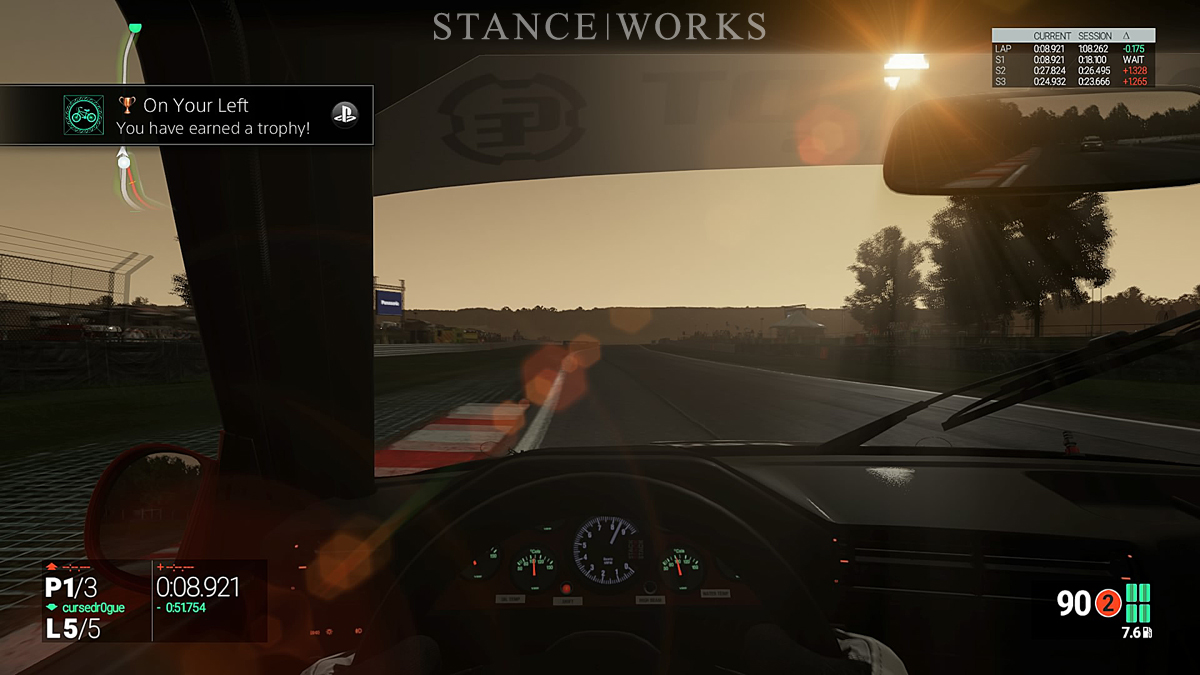 As avid fans of racing simulators, we were anxious to put Project CARS through its paces. We're quick to judge racing games on their lack of realistic physics and handling characteristcs; for example, Need For Speed Rivals was put back in its case and never played again after just 10 minutes of gameplay. It's rare that automotive games are able to hold our attention - as true car fans, when cars handle in an overly-predicable "family friendly" way, it's nearly impossible to connect with the game as an auto enthusiast. The Forza Horizon series is likely the most "arcade racer" we're willing to play, which shares almost all of its DNA with its Forza Motorsport sister. After hearing of Project CARS being heralded as the new gold-standard for racing simulation, our interest was piqued. 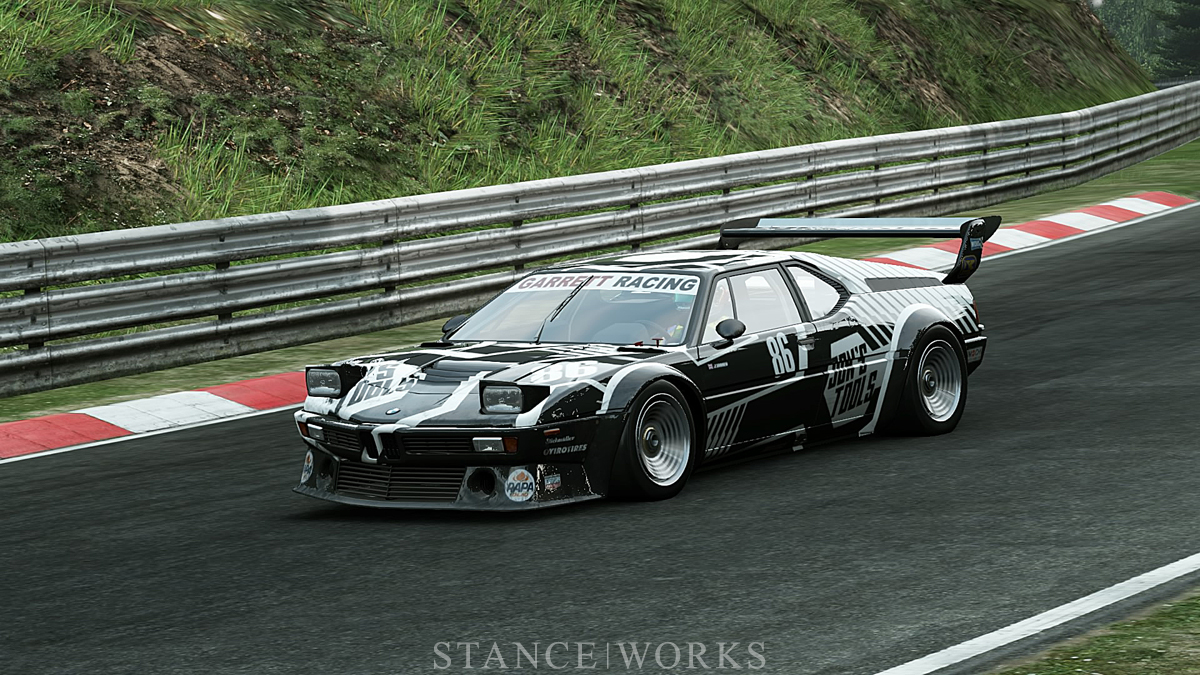 Upon firing up Project CARS for the first time, we were presented with a dialogue box that offered three modes of gameplay: novice, amateur, and professional. As seasoned veterans whom despise enabled driver assists (suggested line, anti-lock brakes, traction and stability control, et. al), we chose "Professional" without hesitation. After being dumped into the first race of the game, we were quick to realize the depths to which Project CARS went in striving to be a true simulator. 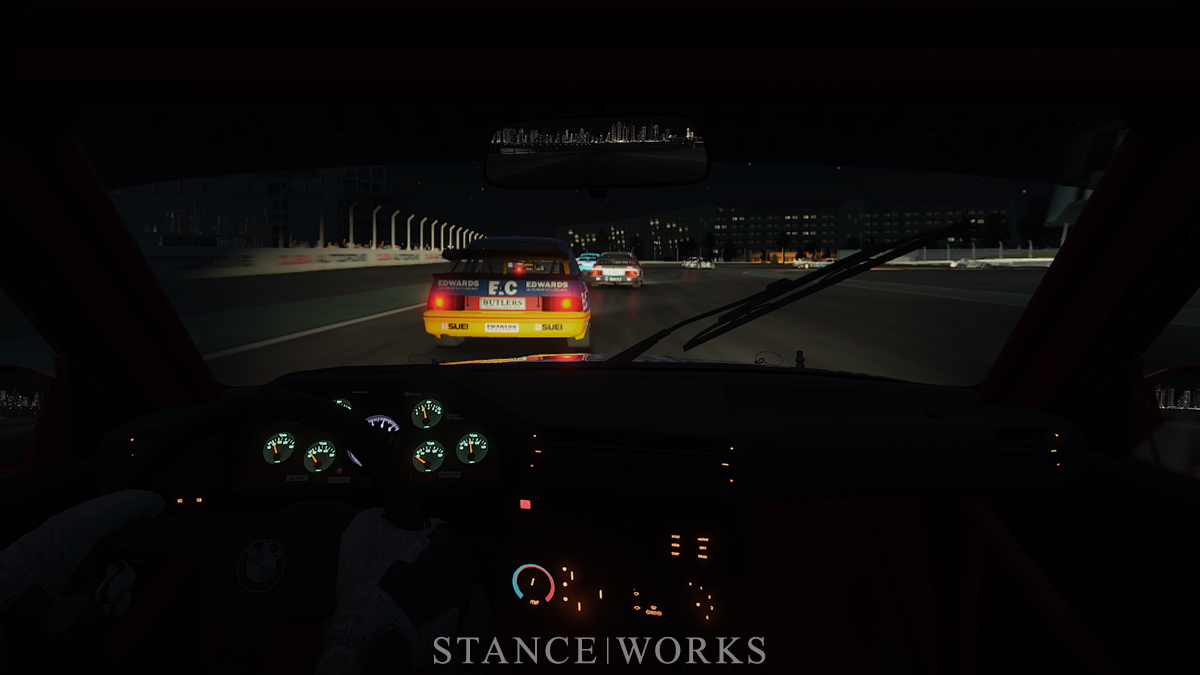 First things first: Project CARS is brutally difficult. Some may suggest otherwise, but they're simply puffing their chest up. It's not beyond playability - in fact, it's quite the opposite - but the learning curve for refined play is extreme. Amateur and Novice game modes offer driver assists to help anyone enjoy the game, going as far as assisting with throttle and steering input, but with the professional settings in play, you're going to have a tough time right off the bat. Mistakes are costly, and two tires off-track will yank you towards a K-rail like never before. Nevertheless, this is a very good thing. Never has a racing game offered such a sense of satisfaction in the refinement of skill. Nailing an apex, and furthermore, a lap, offers a sense of fulfillment and pride unlike any other. 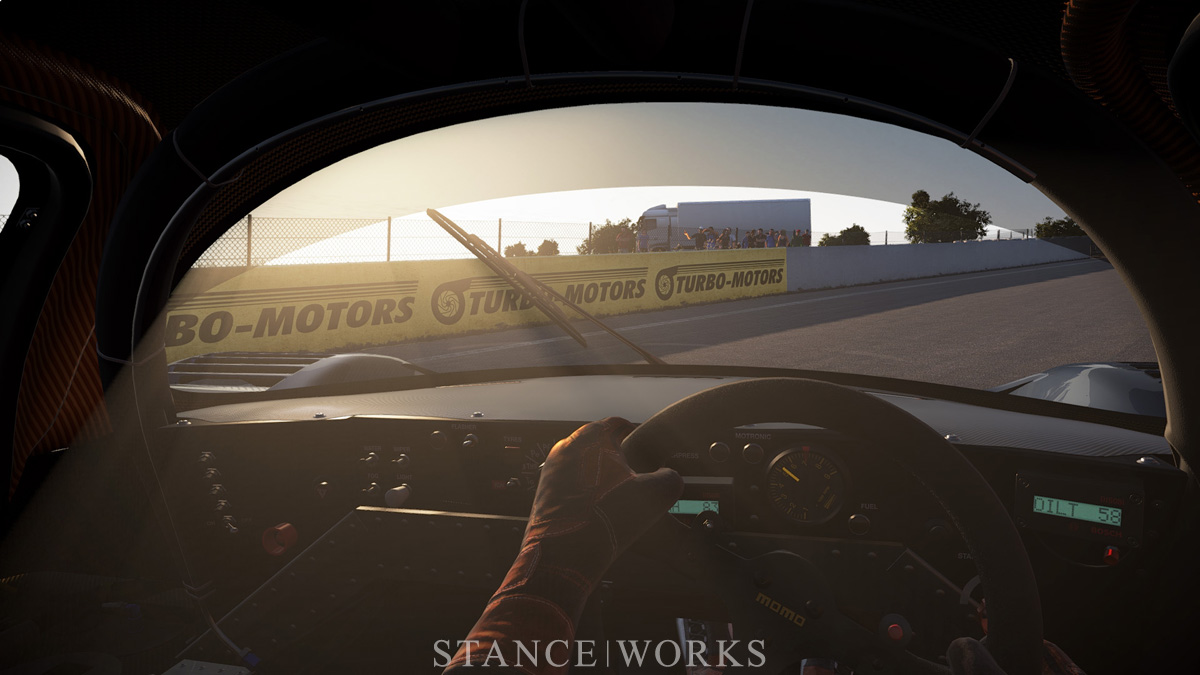 The reason for such immense difficulty is the borderline exhausting sense of realism the game has managed to pack in. The physics system, complete with one of the first games with a true dynamic tire physics engine, is by far the most engaging, demanding, and realistic we've seen. Snap oversteer, understeer, and fighting the weight of the car are all constant hurdles, surpassing even Gran Turismo's difficulty by a sizable amount. You've never had a digital car handle, react, and drive as well in the digital world. 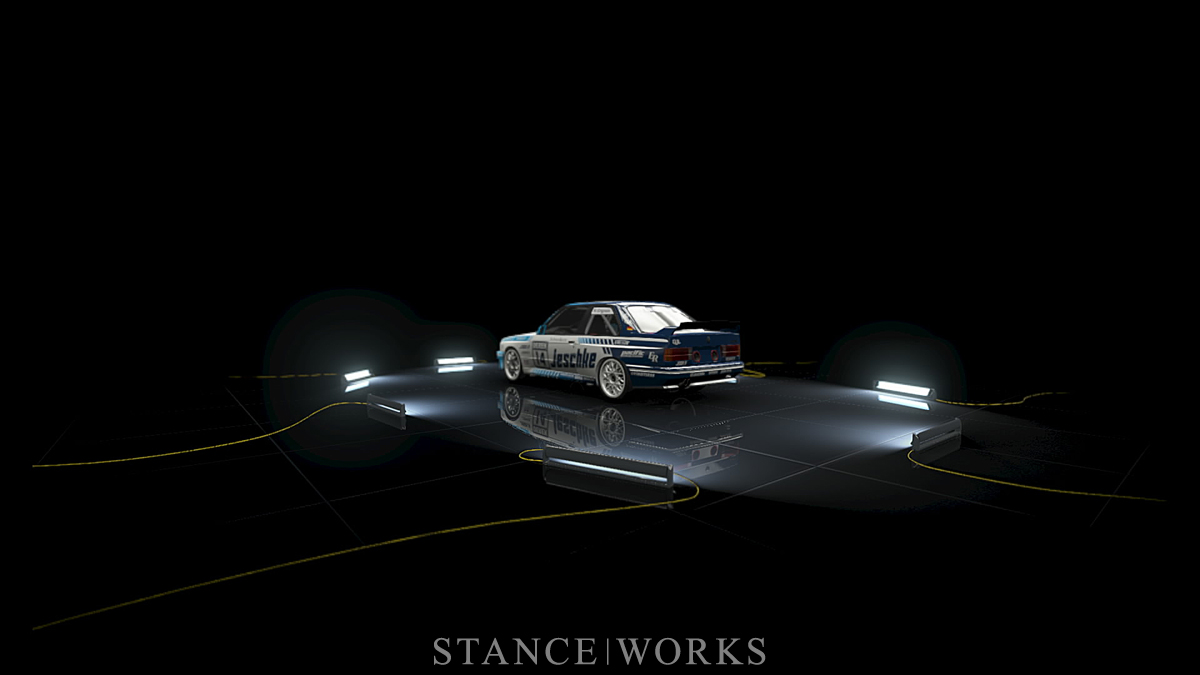 After getting our bearings, and putting in a number of laps on a familiar course to learn the ins and outs of the driving characteristics of Project CARS, we were able to dive further in to the game. Perhaps the most exciting part of the game, past its hyper-realistic driving, is the list of available cars. With 74 cars, it's a short list by almost anyone's count; however, Project CARS has sought quality over quantity. The game features a wide variety of cars, ranging from classic open-wheel formula cars, group-5 race cars, modern supercars, and even obscurities, like our own favorites, the DTM E30 and 190E Evo. Sprinting through the woods of the Nurburgring is all the more fun when you're behind the wheel of an M1 Procar, and it's a thrill to race with friends in a field of Group 5 E21s. Each car also has a slew of liveries, and while licensing keeps the logos from being identical to their real-world counterparts, you're sure to find the black-market version of your favorites. 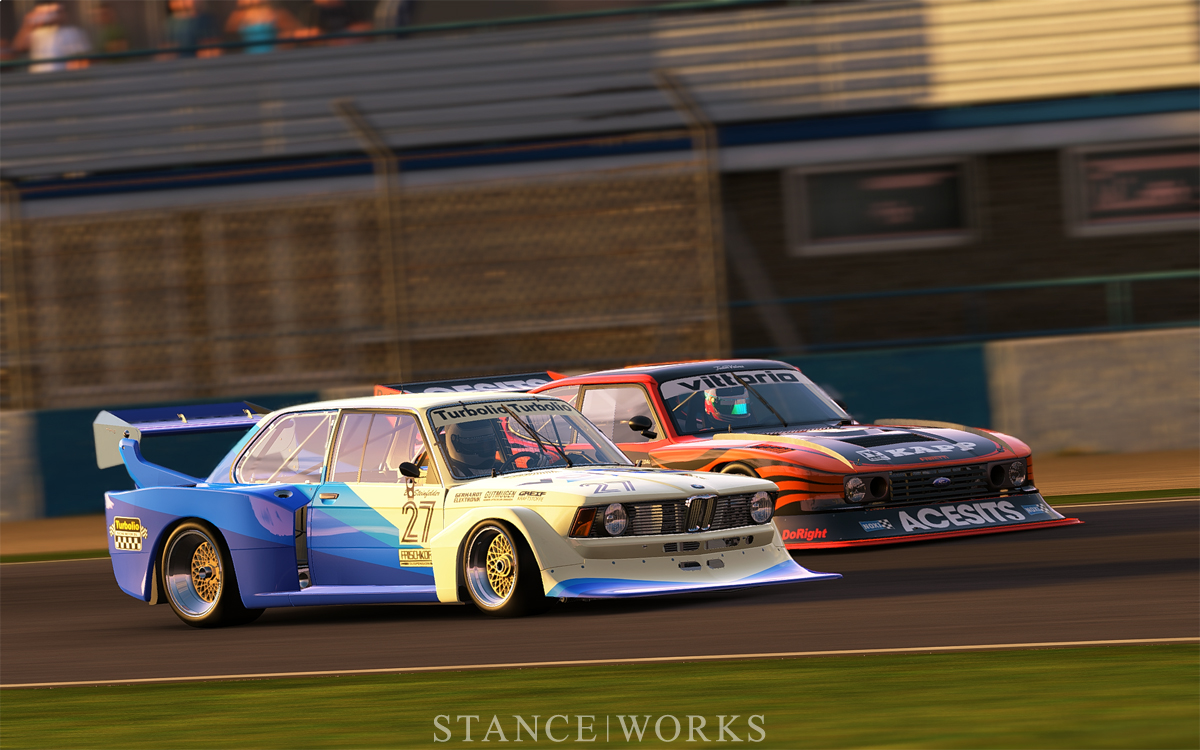 In spite of the on-track similarities, for the unaware, this isn't an analogue to Gran Turismo and Forza when it comes to playing off the track. You won't be modifying cars, and there's no currency to be made. There's no wheels to change, nor engine swaps, nor aero upgrades. The cars are driven as they are, and everything is available from the get go. Project CARS is a pick-up-and-play simulator: pick your car, pick your track, and lastly, the race details. Moments later, you're on the starting grid, ready to put your skills to the test.

That's not to suggest, however, that there's not an immense level of detail work and customization to be had in configuring both the cars and the races. Every car is able to be tuned, similar to GT and FM, but to a far more impressive degree. Instead of front-and-rear division of adjustments, each individual corner allows for its own fine tuning on every aspect ranging from toe and caster, to rebound, spring rate, ride height, tire compound, pressure, and more. Suspension, gearing, and aero changes are all present, as well as intricacies such as wastegate spring pressure, intake restrictor size, and more. The depth is enthralling, and almost intimidating, but its presence is welcomed with excitement and open arms. 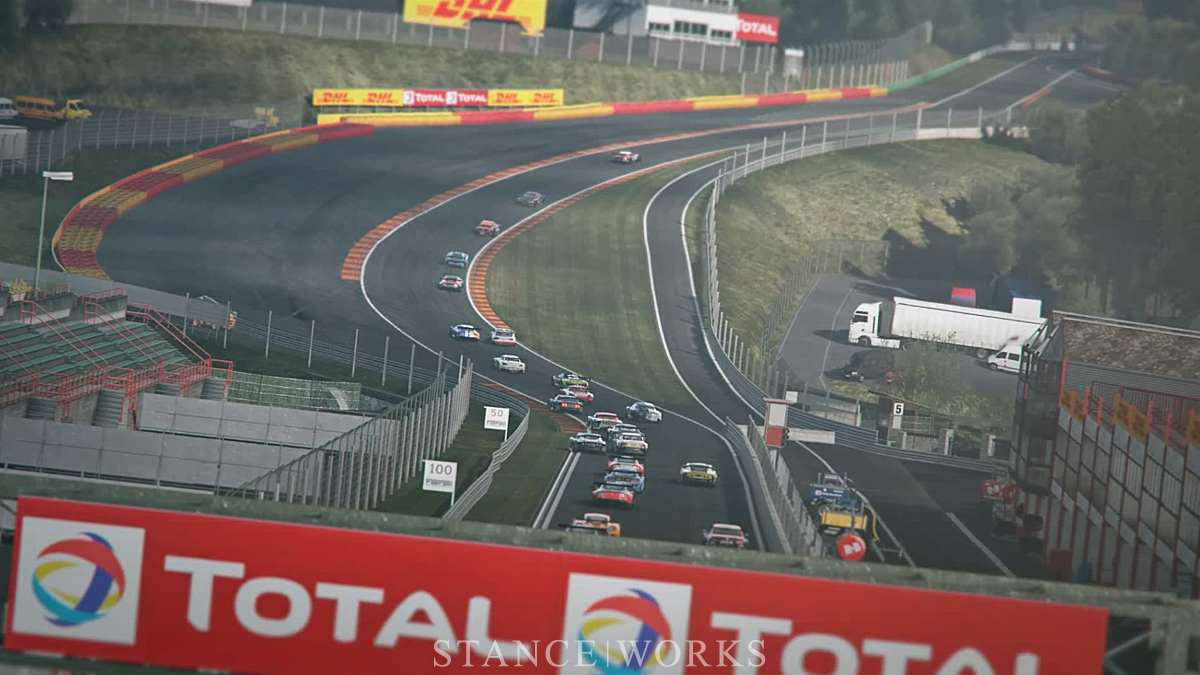 While the inane level of car tuning is exciting, it's the track and race customization that really shines. With 30 different locales, and more than 110 individual tracks, Project CARS has gone above and beyond in catering to a wide variety of tastes. Dozens of famous tracks make up the impressive list, with some circuits hiding under false names due to licensing restrictions. Even a stretch of the Pacific Coast Highway is available for a point-to-point run, something us Californians have always dreamt of deep inside. 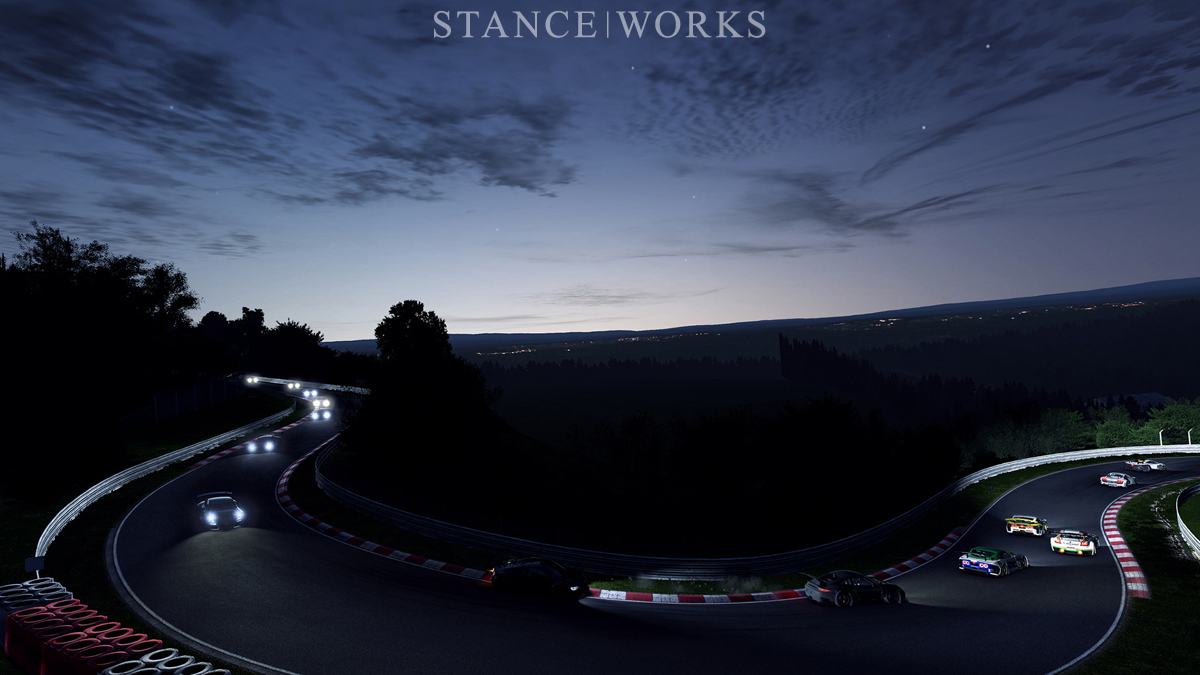 Adding to the variables is the time and weather system, which is absolutely jaw-dropping. There are 20 or so different weather settings, ranging from clear skies or partly cloudy, to rainy, storming, foggy, hazy, and a mix of each. The game allows for up to four different weather systems in a single race, blending one into the other seamlessly. Each weather system is available on every track, and to ice the cake, the time of the race can be set down to the hour, allowing for races at dawn, noon, dusk, or night. An adjustable time system permits either real time or rapid time advancement, allowing you to race a full day-night cycle in just minutes, if you wish. It's also worth mentioning that during inclement weather is when Project CARS's graphics truly shine. 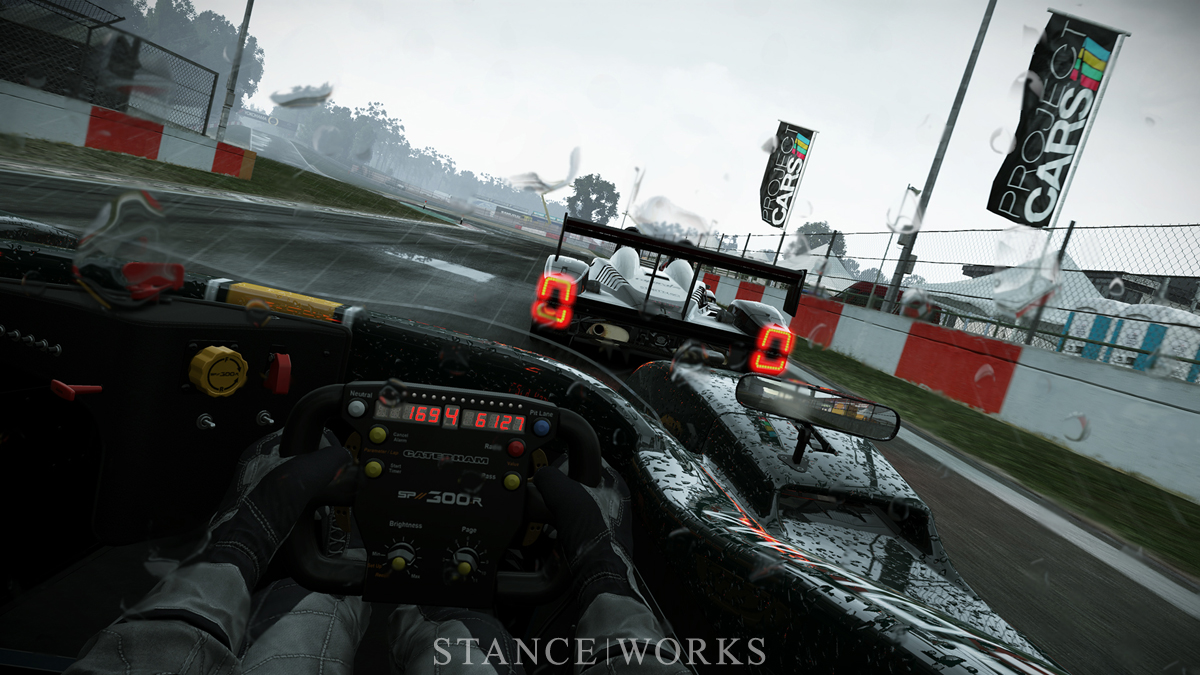 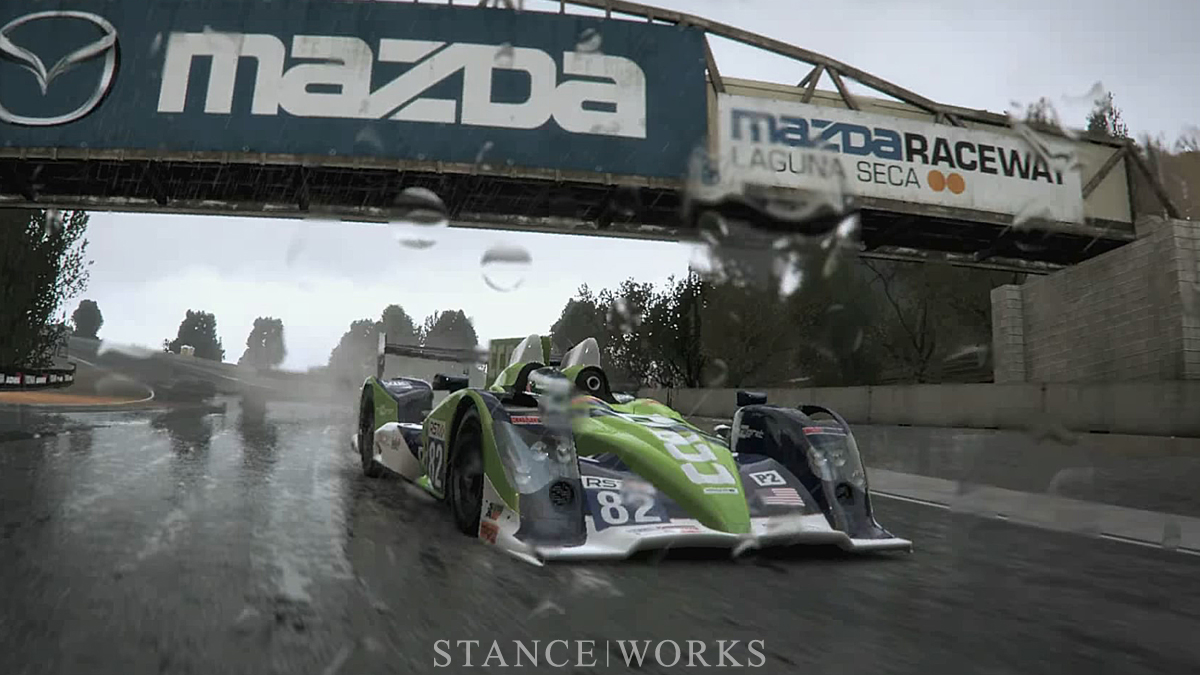 With an advanced weather system, handling characteristics change wildly from wet to dry. Pit stops and tire changes are a huge part of the game, as is fuel use, and car repairs. The damage system is unforgiving, allowing for complete wheels to fly off, engines to be over-revved, and aero to be destroyed, affecting drivability to the point of a total breakdown and disqualification. The game's insane depth even allows for extensive modification of pit strategy, offering a glimpse of what a pit stop time may look like, and how you can improve it. 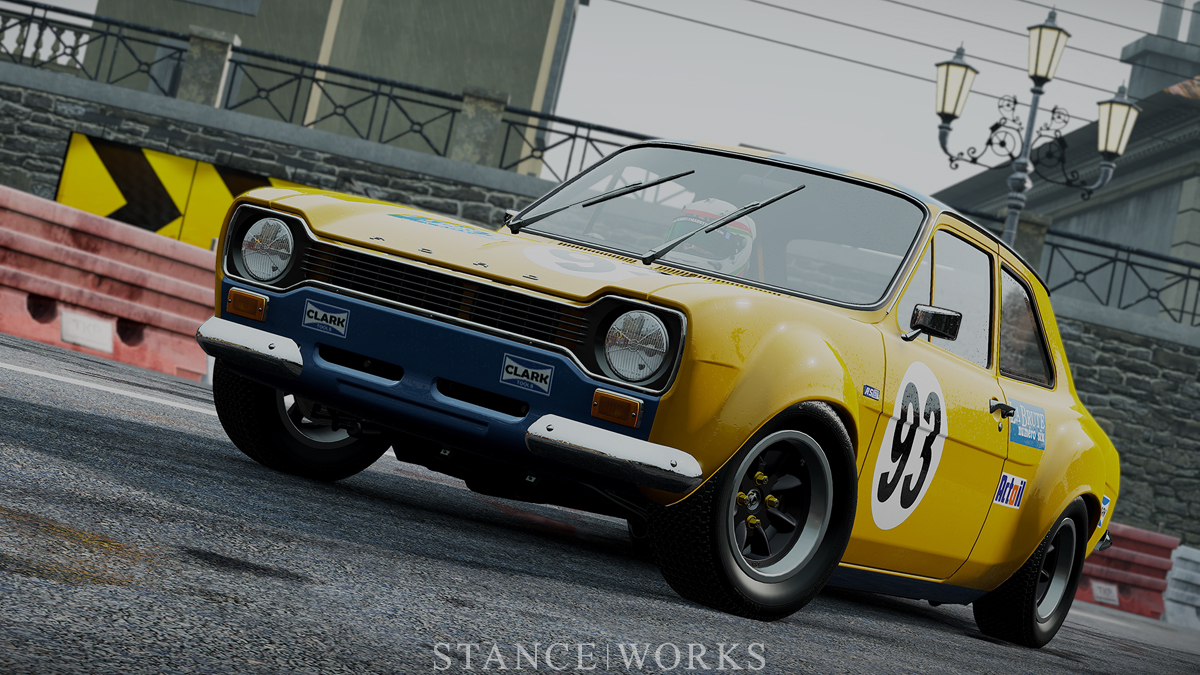 In keeping full-tilt with the simulator nature, even flags and penalties have found their place during races. Wrecks and slow cars cause yellow flags and warnings, and your team manager will hop on the radio to alert you, along side the flags, that a quicker car is coming up behind you. Racers who cut corners or wreck into other drivers will find themselves with stop-and-go penalties, through-pit-lane penalties, and even disqualification. 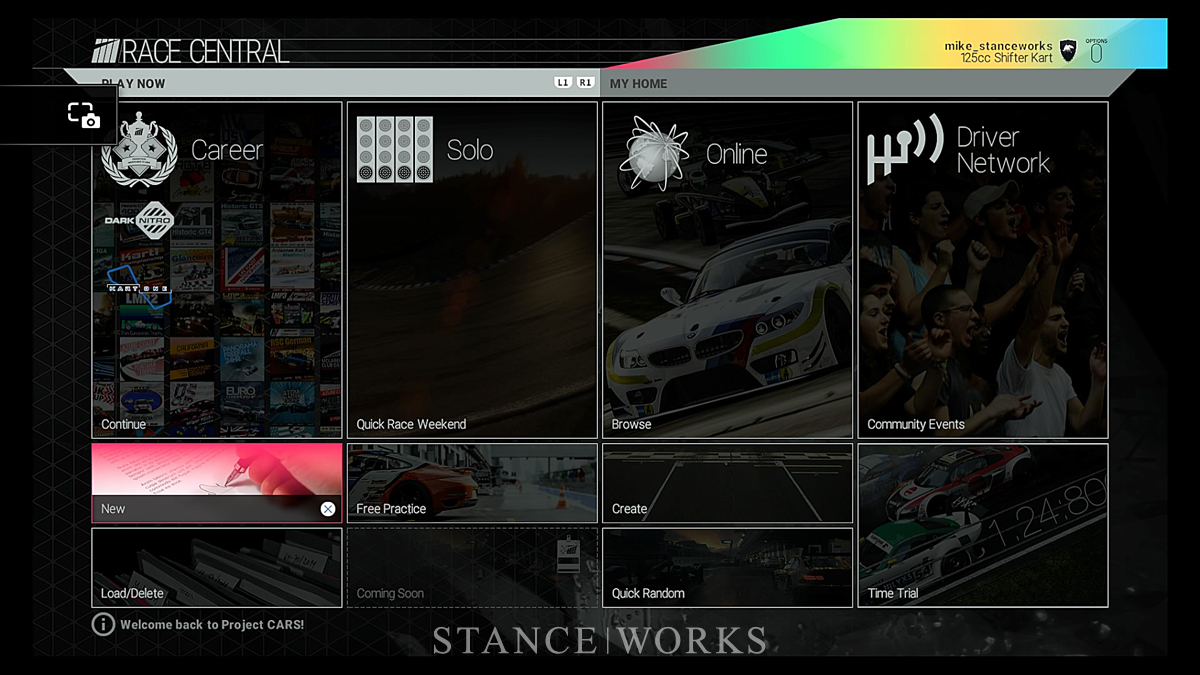 Career mode is relatively simple in nature; as mentioned prior, there's no advancement through earning money and unlocking cars. Instead, it's simply progression through races to earn your way to the top of the racing totem pole. Companies offer contracts for racing series, and it's up to you to decide who to race for. Past that, enjoyment is had from the racing itself, and little more. 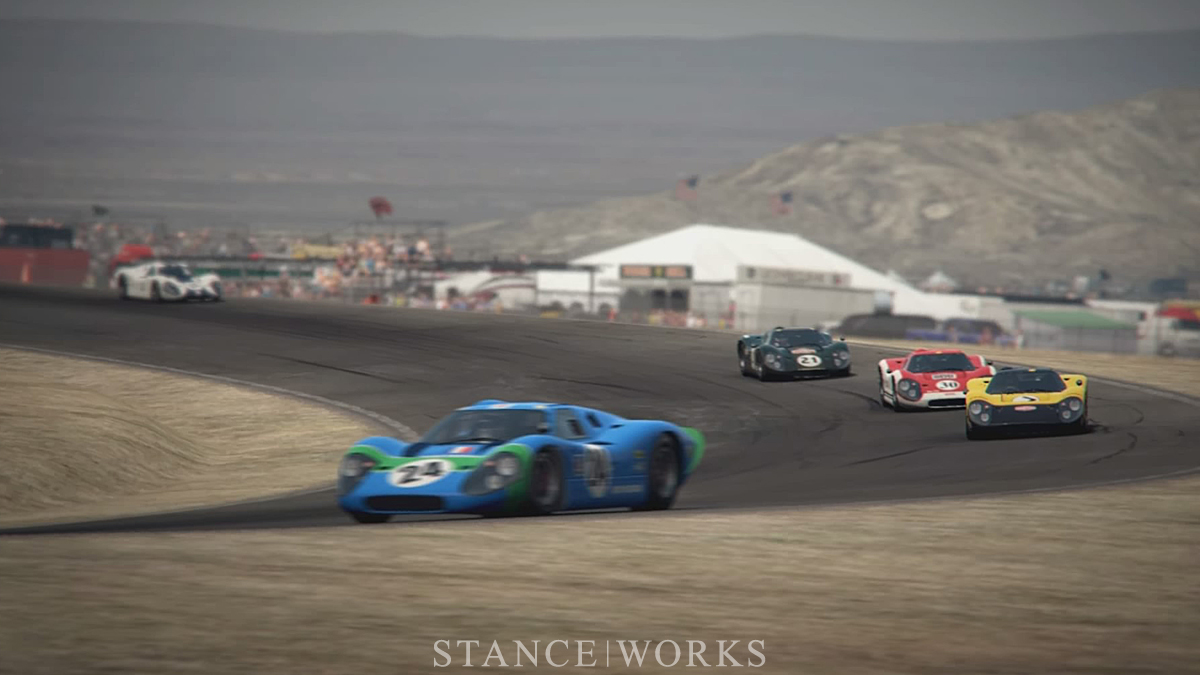 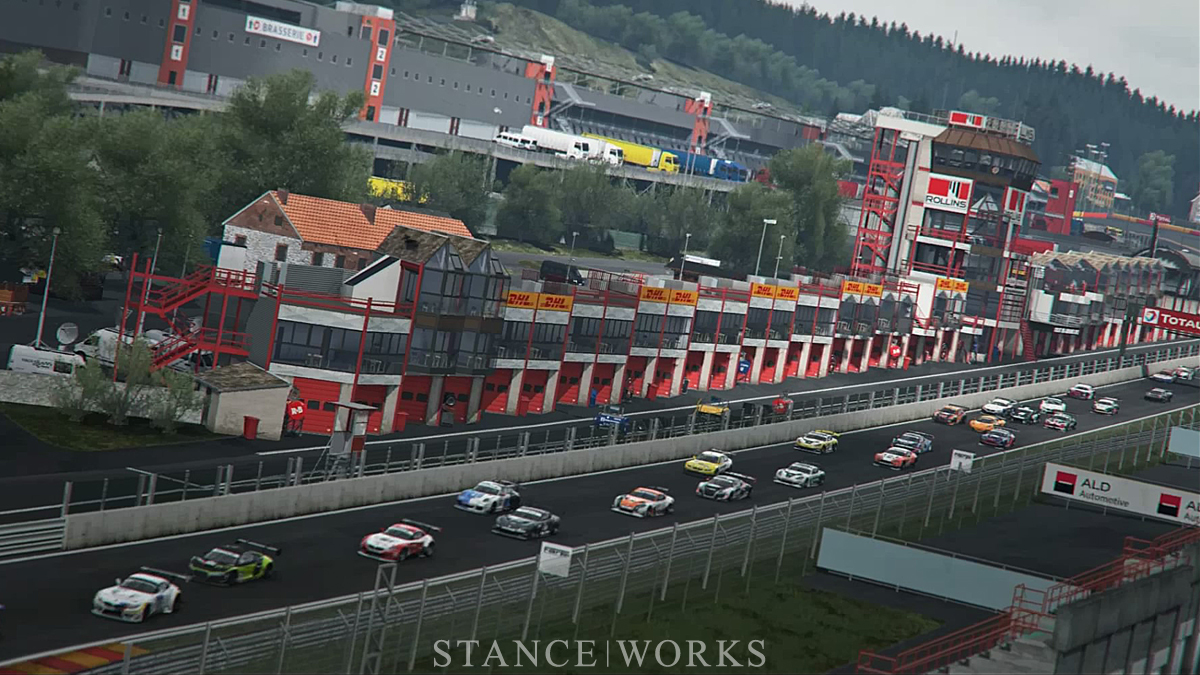 One of the most impressive facets of Project CARS is that it was produced without a major publisher. CARS, an acronym for Community Assisted Racing Simulator, was produced entirely through crowd funding, keeping a very true-to-enthusiasts ethos throughout its entire production and launch. Without the financial aid from a publisher such as Electronic Arts or Ubisoft, the team at Slightly Mad Studios was able to retain their vision of a no-holds-barred hardcore racing sim. 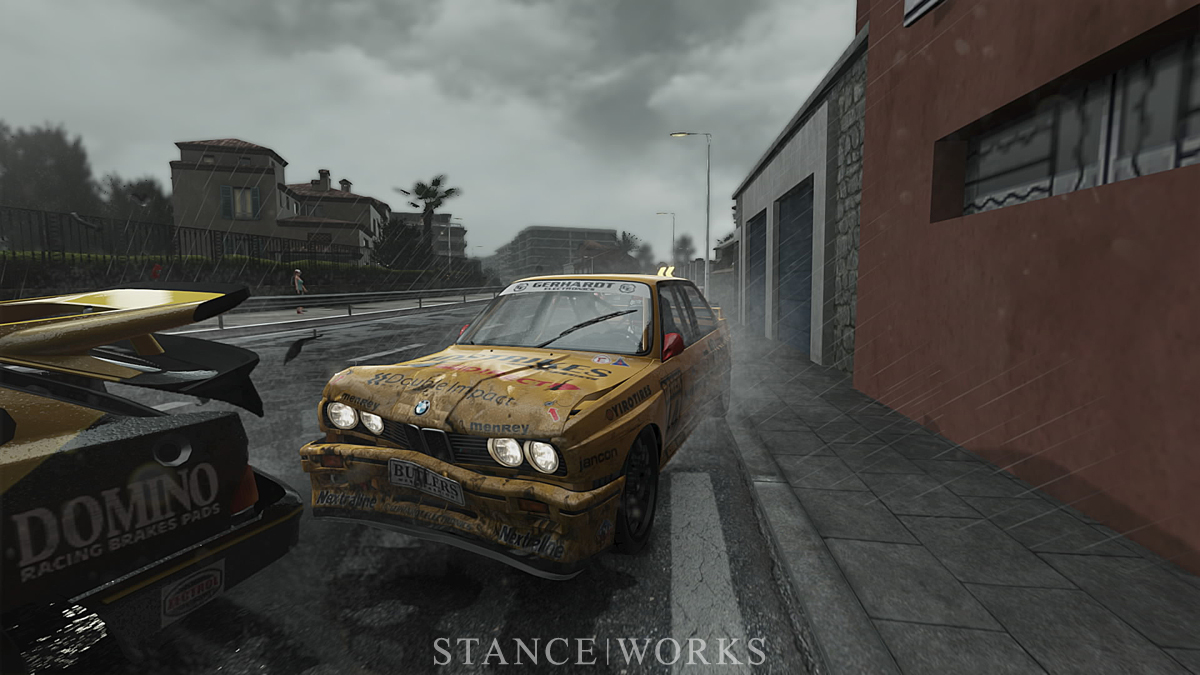 With that in mind, the game isn't without its downfalls - in fact, it's quite far from perfect. Rumor has it that a patch is coming this weekend, but until then, the physics can bug out from time to time. The graphics glitch occasionally; The sun appearing through a mountain, and the windshield banner spazzing out were the two main instances we encountered. Another downside is that if you're a fan of drifting in FM or GT, you won't find it here. This won't be your drifting fix - unless you have a steering wheel to play with, and some time to tune the car properly. While the car list is fantastic, it is somewhat short, although we've been promised more to come. And overall, while the game has its moments of being downright gorgeous, it's not the best-looking game to come out for the current generation of consoles. 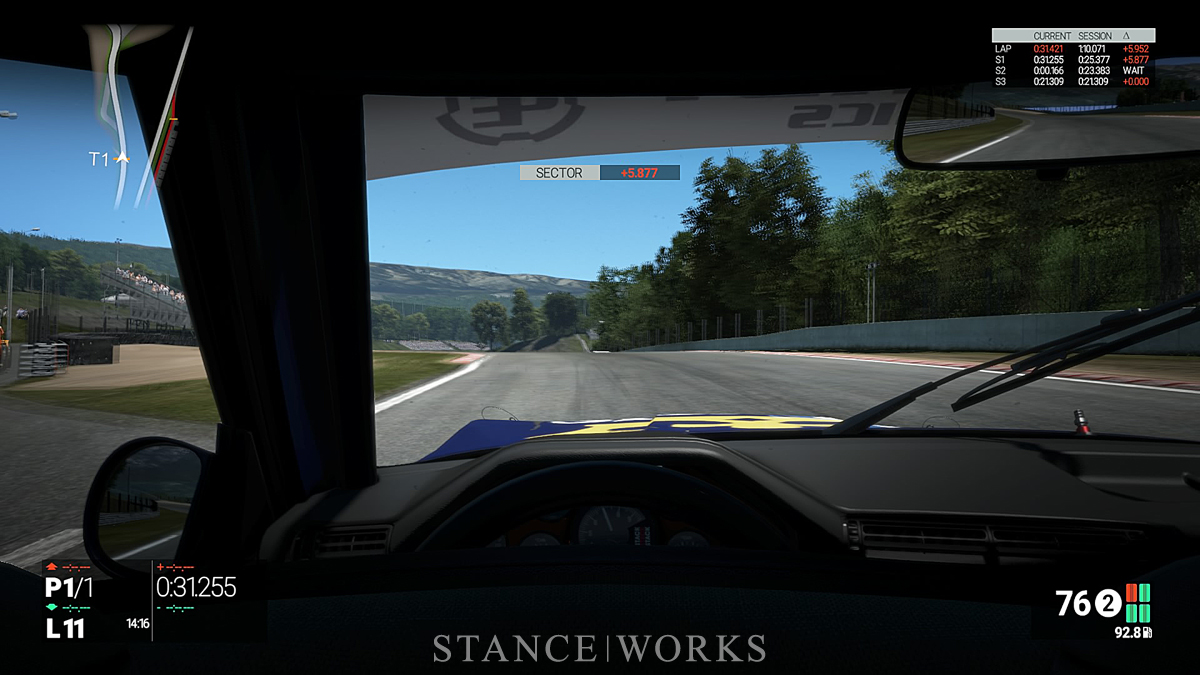 Despite its flaws and shortcomings, Project CARS will undoubtedly lead to a many great nights of racing with friends. For those with a desire to push their limits as a digital driver, Project CARS is finally the answer to your prayers. Multi player is where the game truly shines, and with its sense of realism, flags, punishments, and more, CARS presents a playing field that should keep all but the best evenly matched. Mistakes are punishing, but everyone will make them while they learn and grow as Project CARS racers. Be prepared to spend a lot of time with your tail end stepping out, only to be met with recovered grip that will send you into a wall. Wrecking cars has never been more fun, because the sense of reward that comes with success in Project CARS is unparalleled. We hope to see you on track.