Toyota, for many, isn't the first marque to come to mind when discussing the cars of Group B rally fame. While Toyota saw several wins in its career, they are vastly overshadowed by the likes of the infamous giants: the Audi S1, the Ford RS200, the Lancia Delta, and the Peugeot 205, among others. However, with such success, even the base-trim road-going counterparts of the aforementioned cars have skyrocketed in value, leaving little in the way of enjoyment for those of us with an appetite for the rally legends. Jon Rood, however, took the road less traveled, passing up the icons in favor of an underdog: the RA64 Celica. 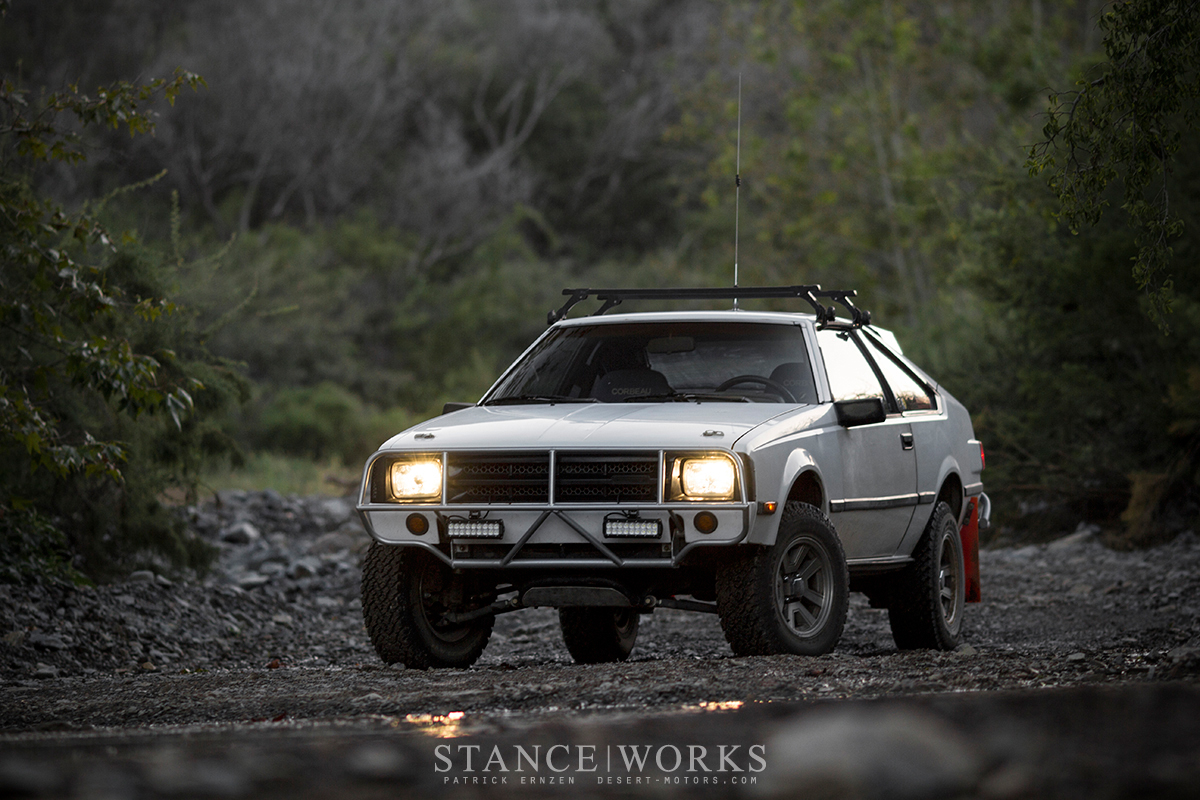 These days, Jon is quite the Rally enthusiast. In fact, starting this year, Jon stands as Chairman and Co-Oranizer of the Prescott Rally, the next-to-last stage in the NASA National Rally Championship, suggesting that his passion for the sport is among the most emphatic. However, his beginnings with predominantly off-road motorsports were rather humble. It was 15 years ago that a fellow enthusiast and friend asked if Jon had interest in helping crew at the very rally he organizes today, in Prescott, AZ. Jon's curiosity was piqued; despite his talents with a wrench and his passion for cars, he was unaware that the sport of rallying had a presence in the United States. 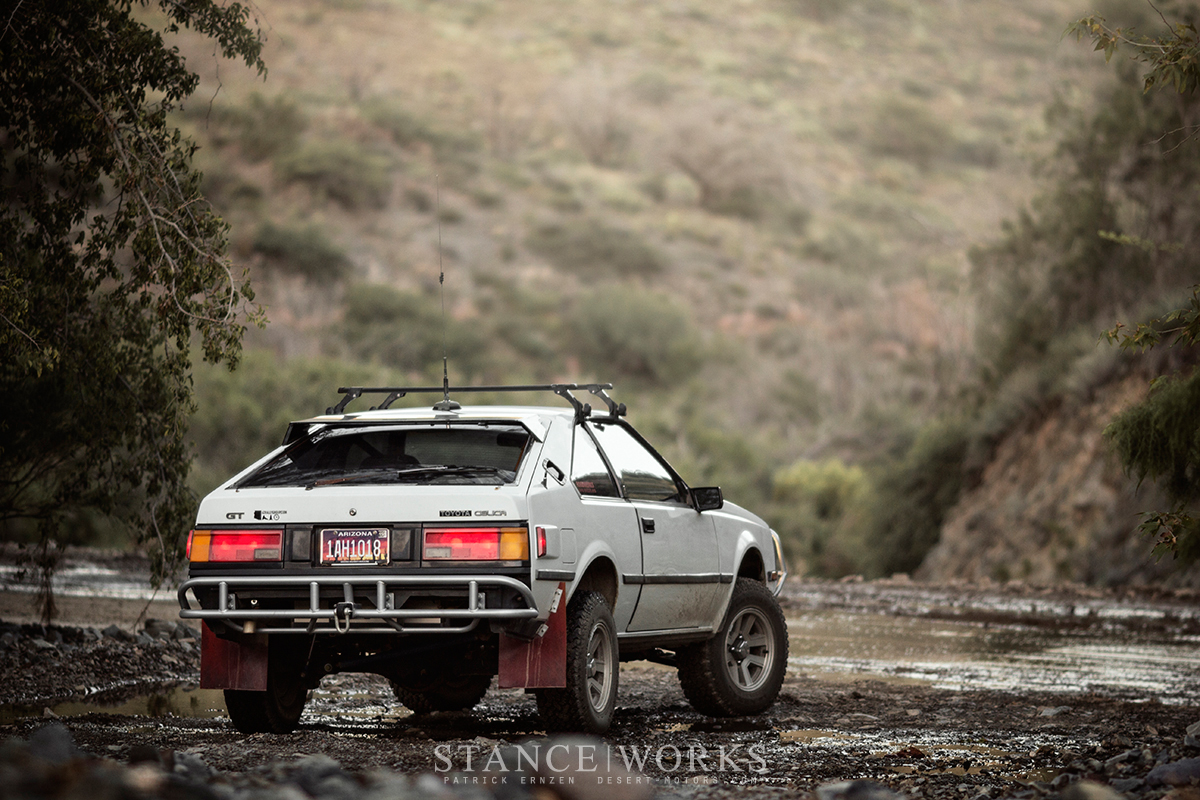 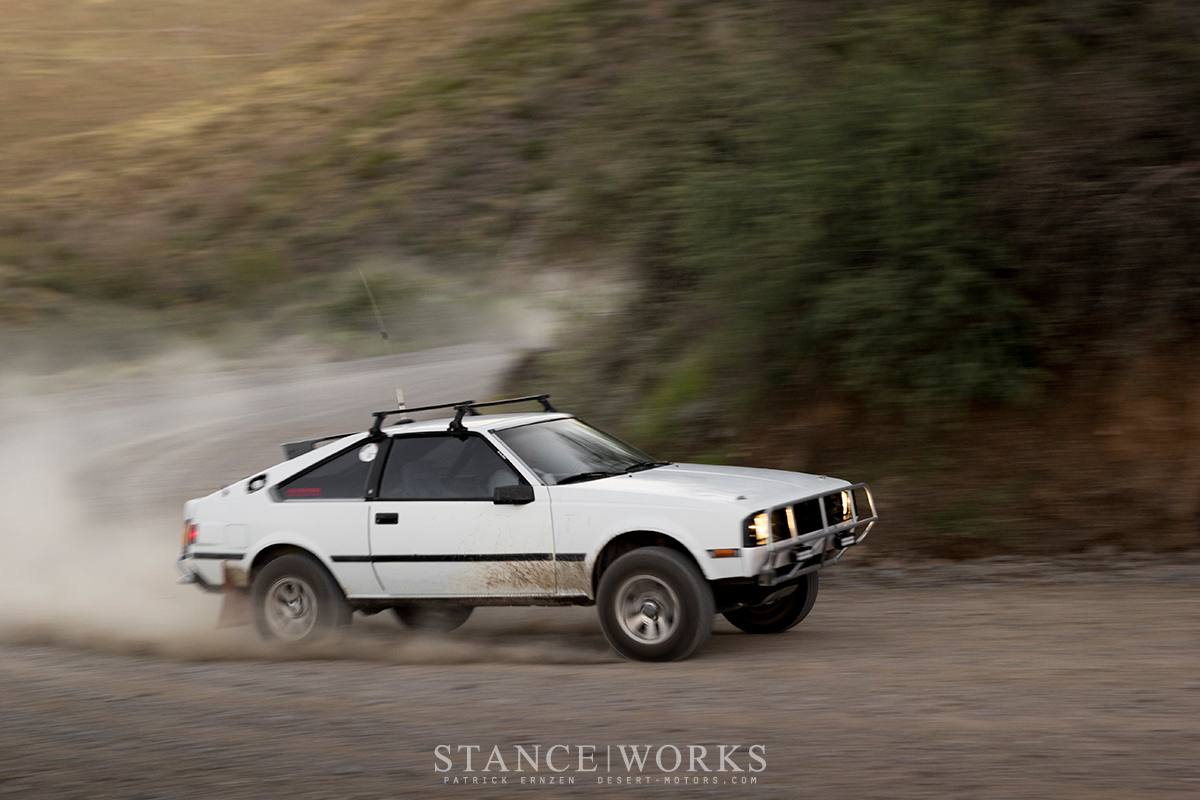 What sealed the deal for Jon was witnessing the perils of rallying first hand. Watching an opponent's VW Golf pull in for service, missing its left-rear wheel, spindle, and carrier, only to return to the next stage in just 30 minutes after a trackside repair, pushed Jon's excitement as a crewman, and it's been down hill ever since. Shortly after that first race, Jon found himself crewing for a friend's Mazda 323 GTX. Jon's hard work and efforts there earned him a reputation as a competent crewman, moving him up in the ranks as he helped crew for a Toyota FX-16, VW Golf, Subaru Impreza and Subaru Legacy over the following couple of years. "I loved the challenge of fixing a broken car in under an hour, or performing major work over night for the next day of racing.  I'm good at thinking quick and coming up with innovative solutions quickly to keep cars going," he says. 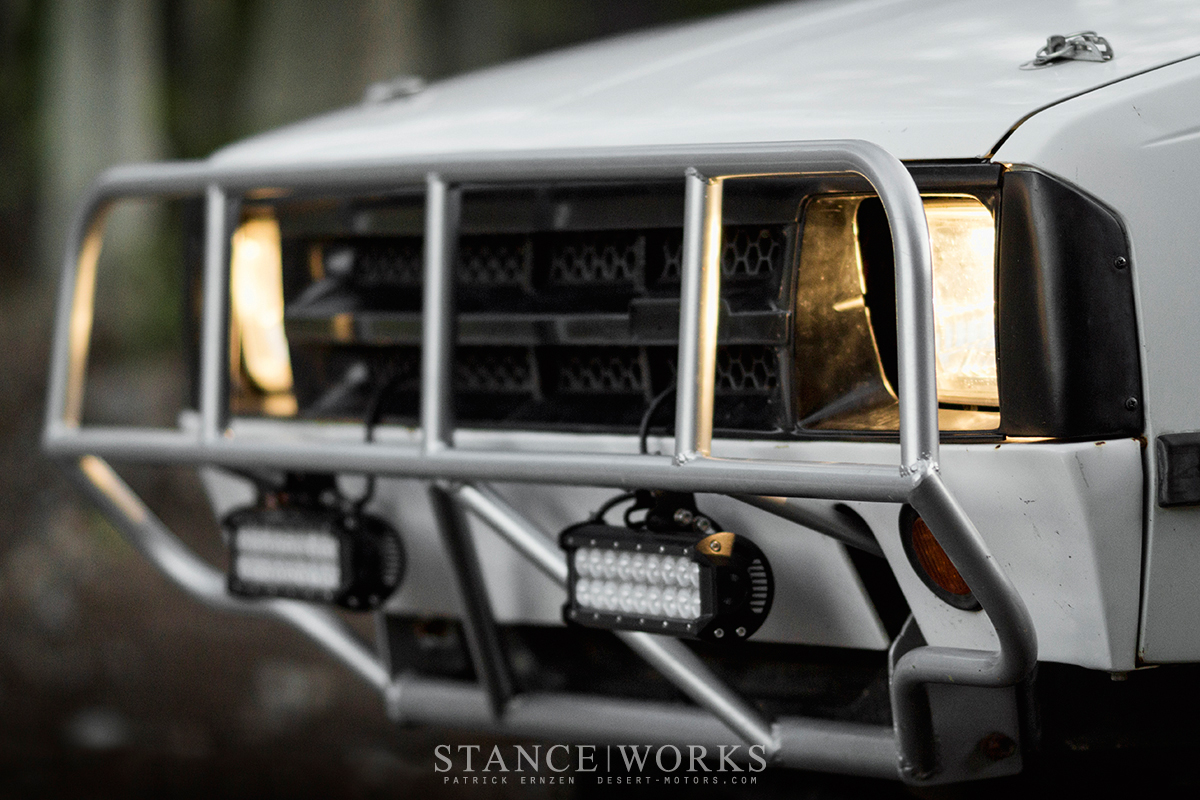 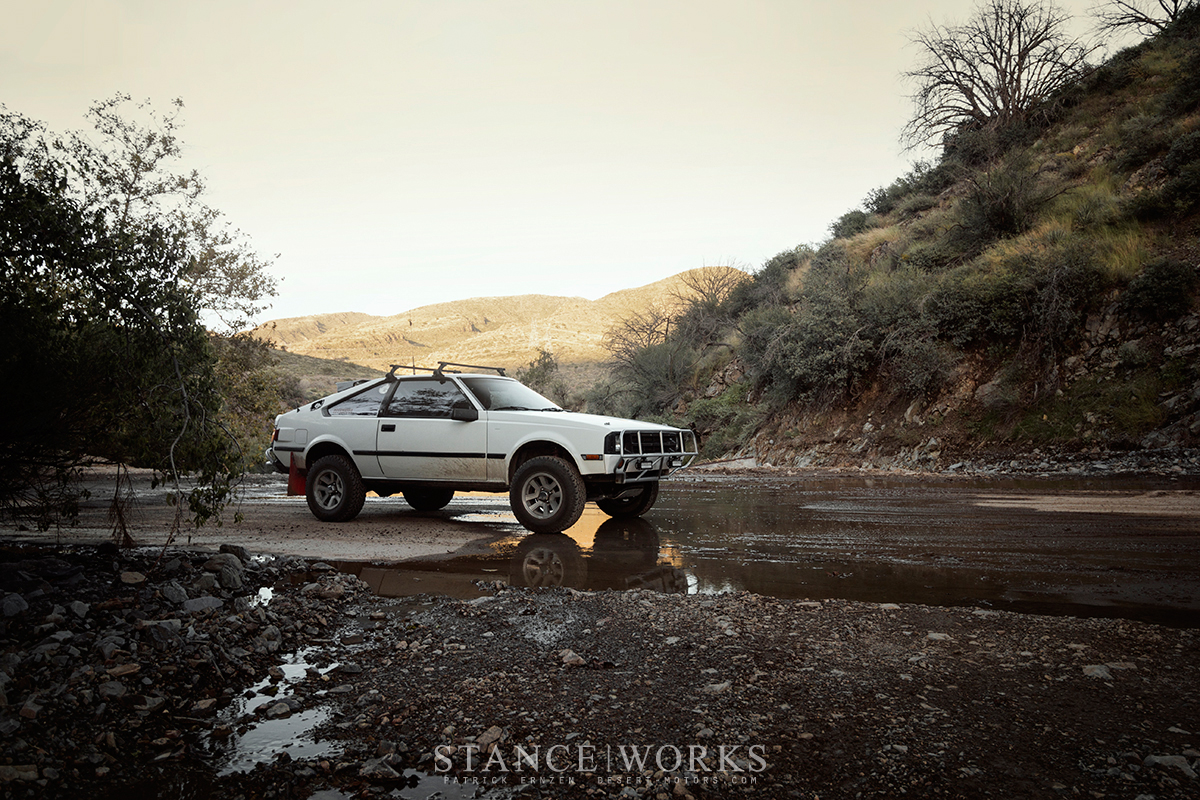 Three years after his first rally race, crewing fora regular team began to fade out, but in contrast, the itch to build a car of his own grabbed hold. With his intimate knowledge of Mazda thanks for his days of crewing, Jon sought out a similar counterpart, the Ford Festiva, wanting to build something light yet strong, all while remaining budget-conscious. In its first year, the car used the slow-but-dependable 1.6-liter lump, but by year two, Jon was itching for more. A dual-overhead-cam 1.8L sourced from an Escort GT was swapped in, bumping his output 40 horsepower, up to 125 ponies, affixed to a car weighing just 1900lbs. In terms of speed? "Not bad," Jon admits. His following build took things a serious step further; a Ford Escort GT with a punched out race motor, built transmission, and proper suspension. The change was enough to take Jon from finishing rallies - an accomplishment of its own - to podium placement at most races he entered. 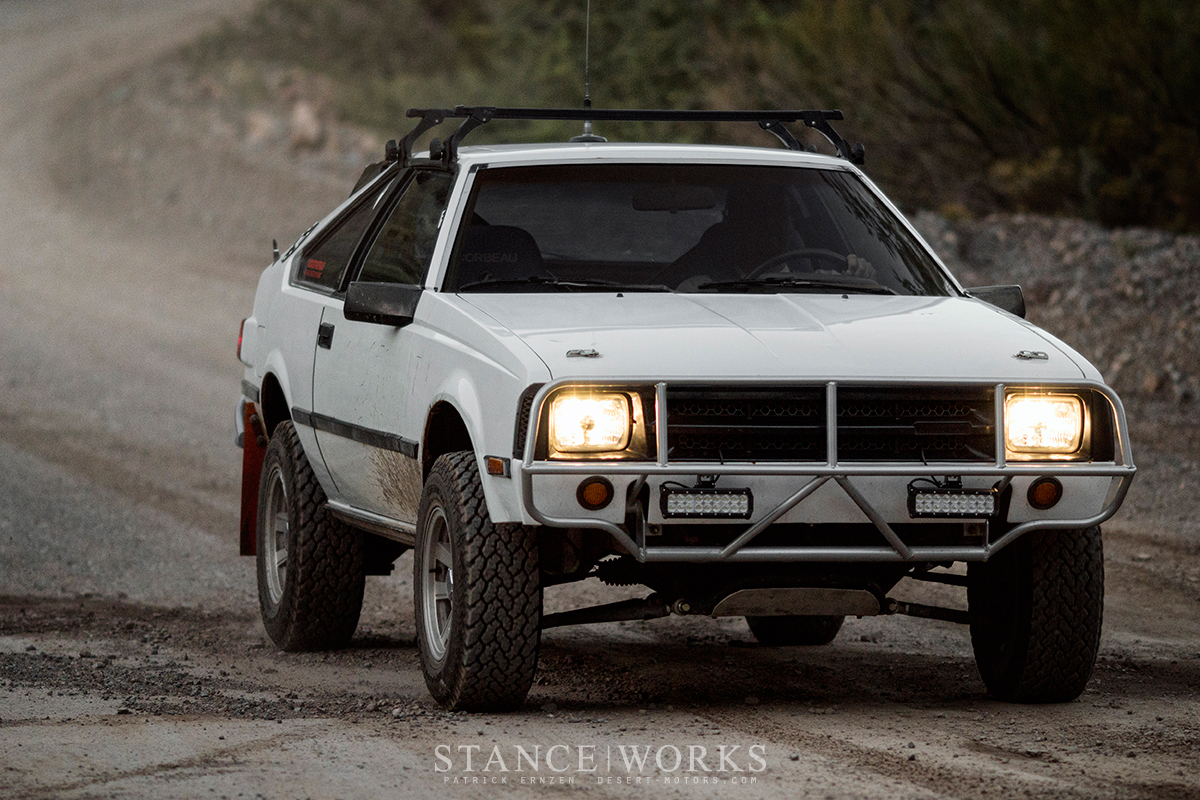 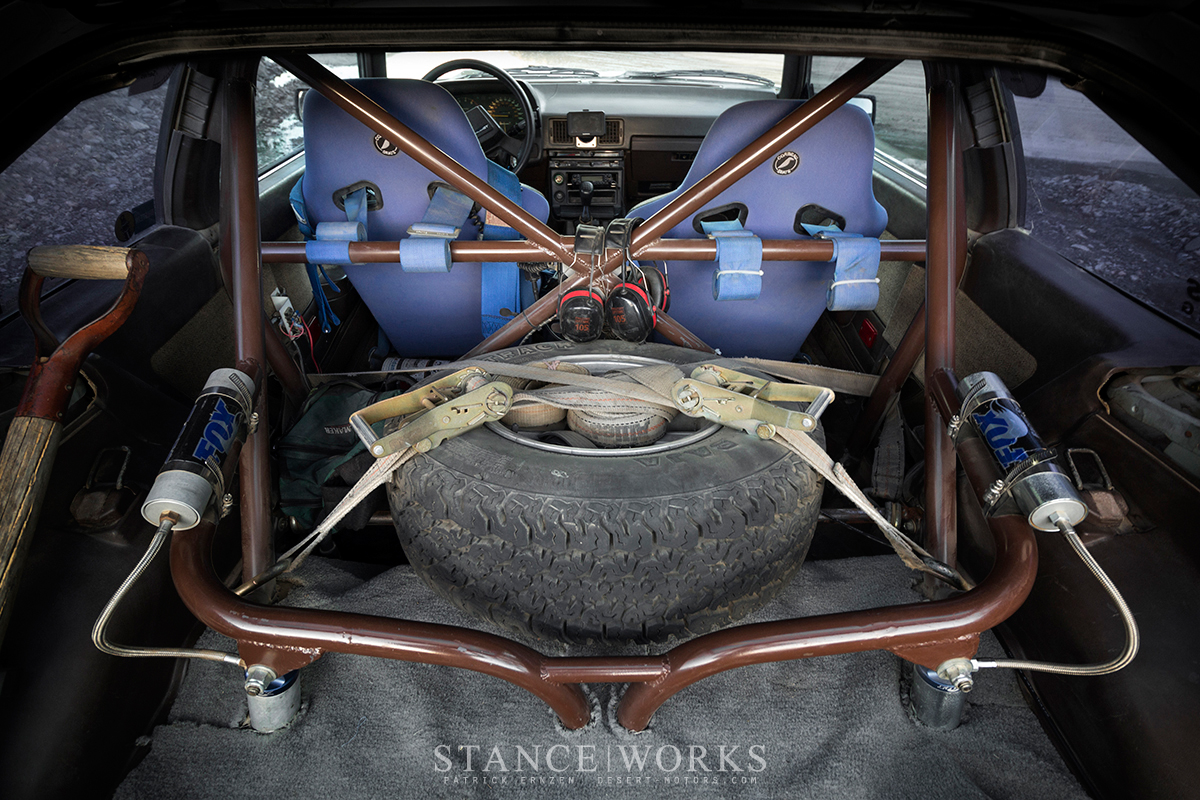 Eventually, Jon moved on once more, this time landing at the RA64 Toyota Celica, an obvious choice in his eyes. It began as Jon dreaming up a project to kill off newly-found spare time, and between MotorStorm on the PS3, Mad Max Movies, and rally coverage both new and old, Jon was desiring something rather "atypical". Among his ideal options were the Nissan 200SX, the Ford Mustang II, and the Mazda RX2 or RX3; however, at the top of the list was either the Cosworth Escort, and the RA64, which had captured Jon's interest thanks to its Group B Safari configuration that had raced in the early '80s. With the Celica so high on the list, and still easy to find at the time in 2009, Jon searched far and wide for the right car, eventually landing on a $400 rust-free example that "only needed a fuel pump" 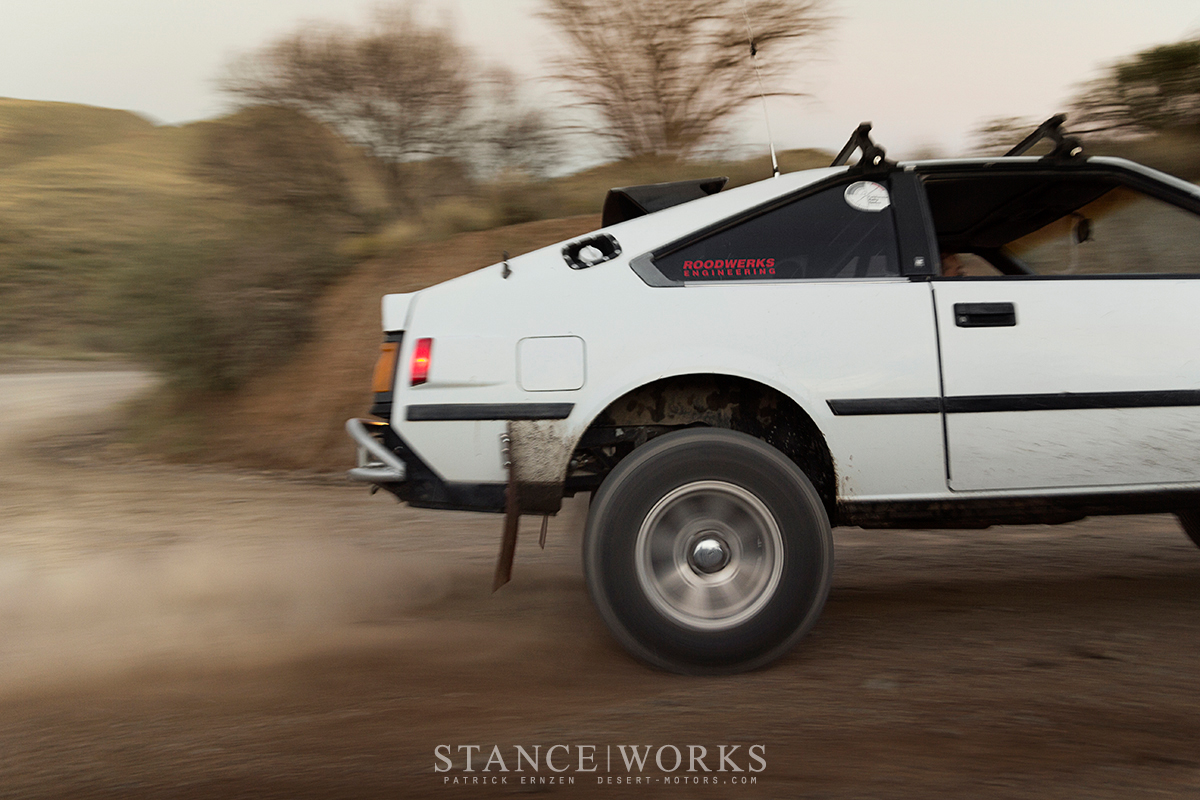 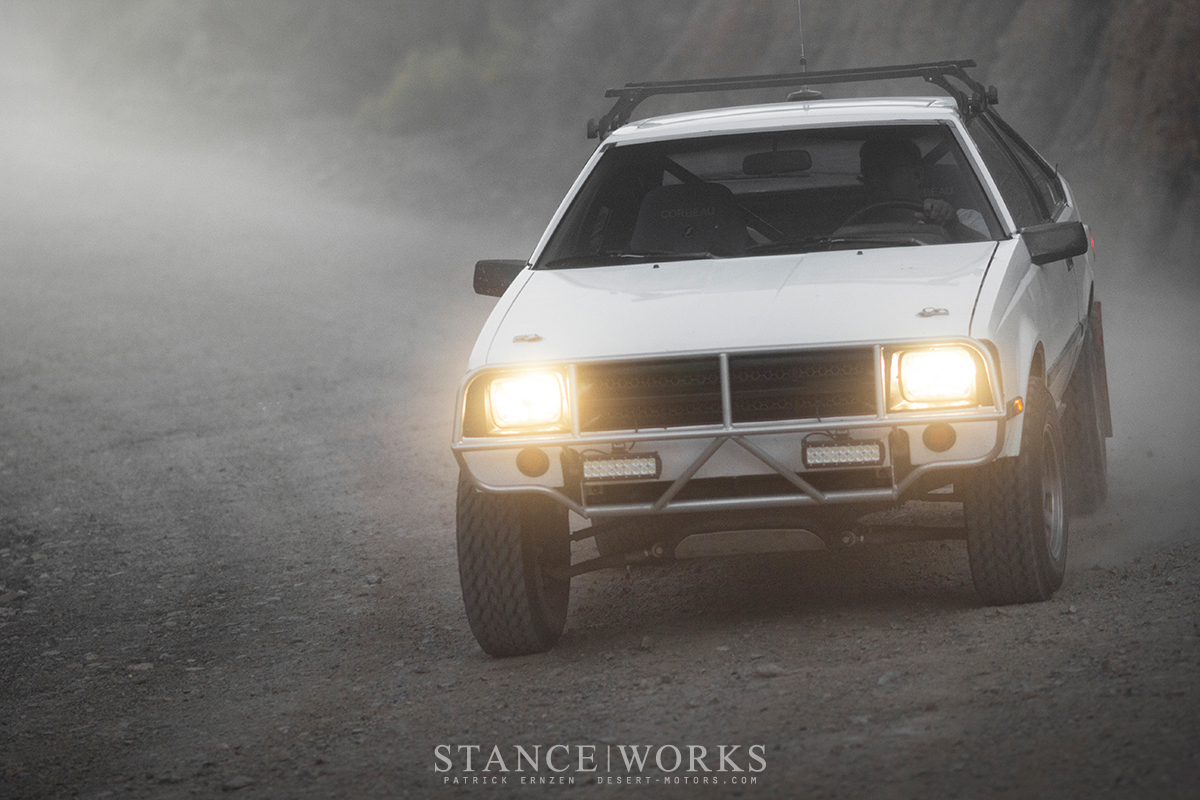 In the end, the Celica needed more than just a fuel pump; a full 1/4" of crankshaft play was reason enough for fresh engine. Jon built a replacement 22RE to stock spec, with the only change being an OEM-style K&N air filter. Reliability is paramount in the sport of rallying, and while power plays a crucial role, Jon sought to focus on other aspects of the car to maximize performance, namely the suspension. "Where to start?..," Jon jests, hinting that little remains in the way of factory components. 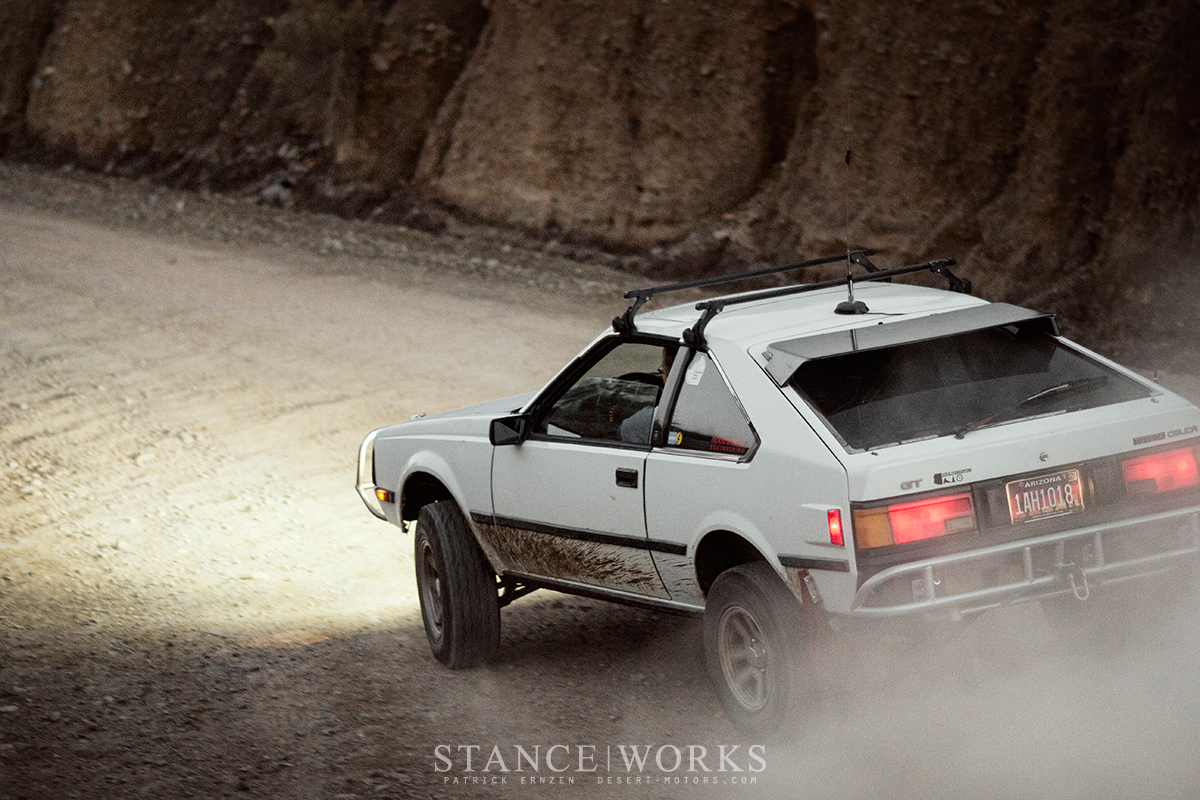 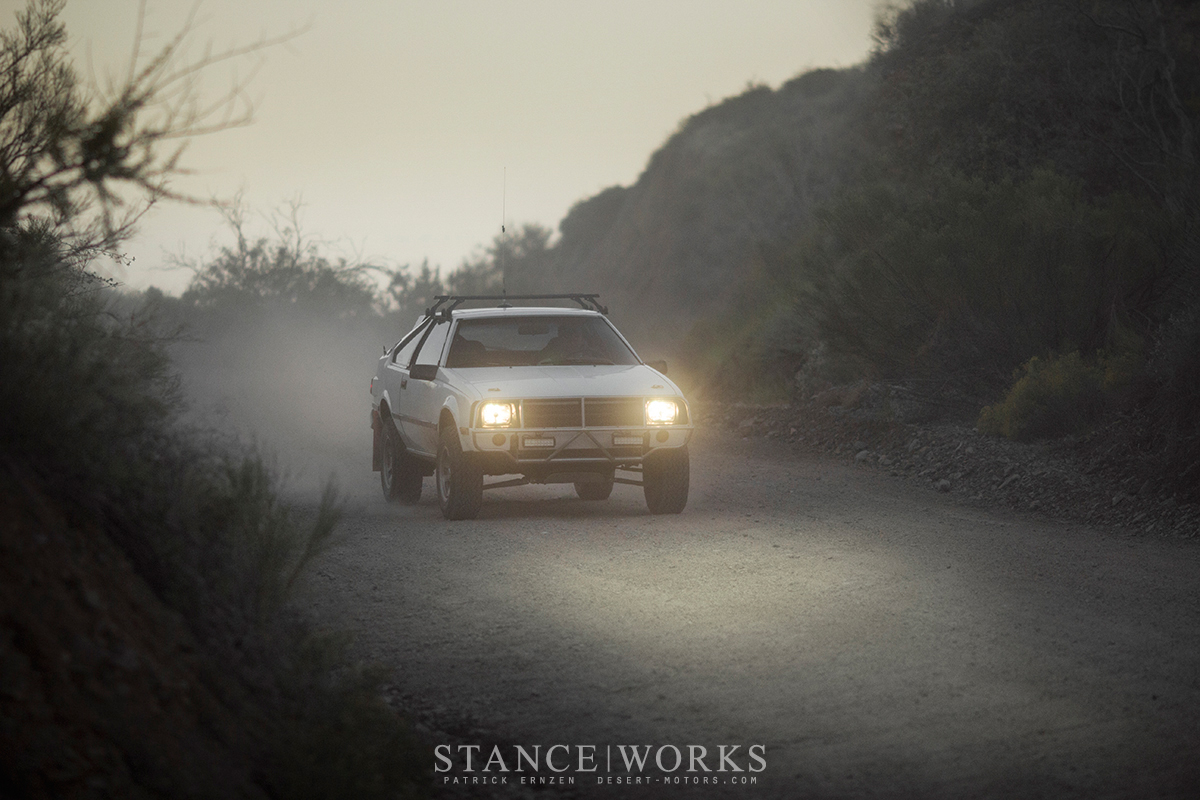 Under the back of the car, the factory axle has been swapped out for a 7.5" axle from a mid-'80s Toyota van, used primarily for its width and matching lug pattern. A Supra LSD was installed, and a rebuild kit that doubled the lockup force brought the package up to snuff. The axle is attached with a modified upper 4-link system, accommodating nearly double the factory suspension travel. The rear shocks, Fox 10" remote-reservoir offroad race units, tie in to the custom cage, built by Jon himself. 15" long race springs perch the rear of the hatchback high above the 27" tires, giving the car ample ability to clear most obstacles rallying may throw its way. 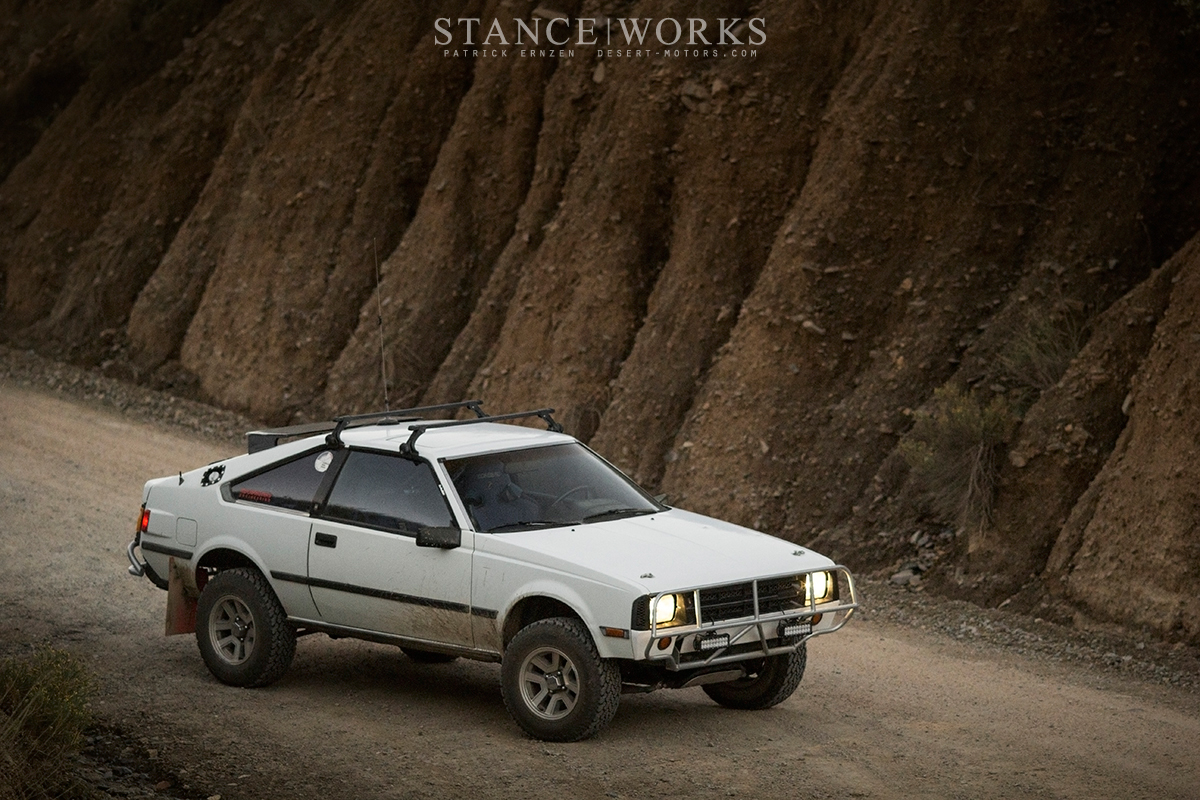 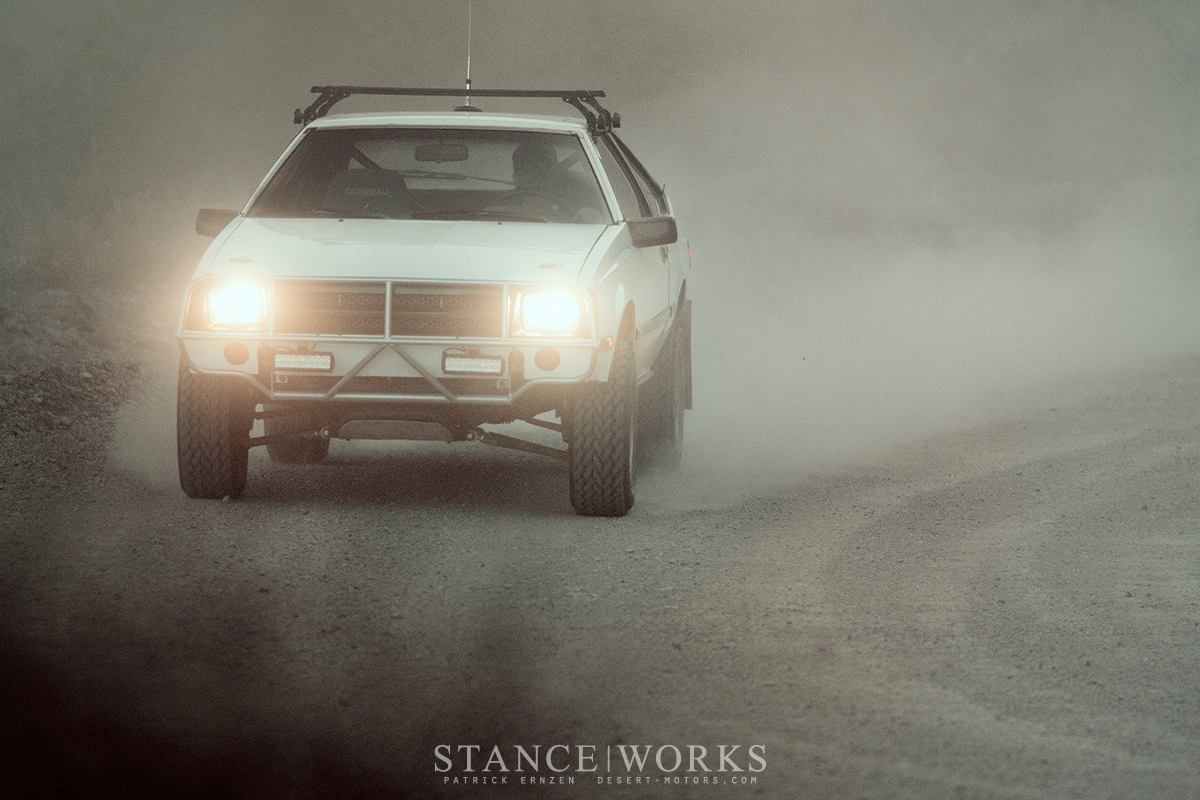 Under the front end, things get even more custom. Bilstein 30mm inverted mono-tube race struts, originally run in the TRD Camry road race car, have been fitted, combined with 2" strut-top spacers. The front subframe was dropped 3", and tucked in 3" on each side for mounting, allowing for custom 3" longer a-arms. The tie rods were relocated to above the steering arms, and double-shear mounts were made for the heim joint outer ends. Lastly, dual-rate coilover springs were fitted, lifting the front to match the rear. Furthermore, the chassis itself has been modified; slotting in the floor where the rear seats used to be allows for adjustable 4-link mounts, tied to the cage, for the rear end. 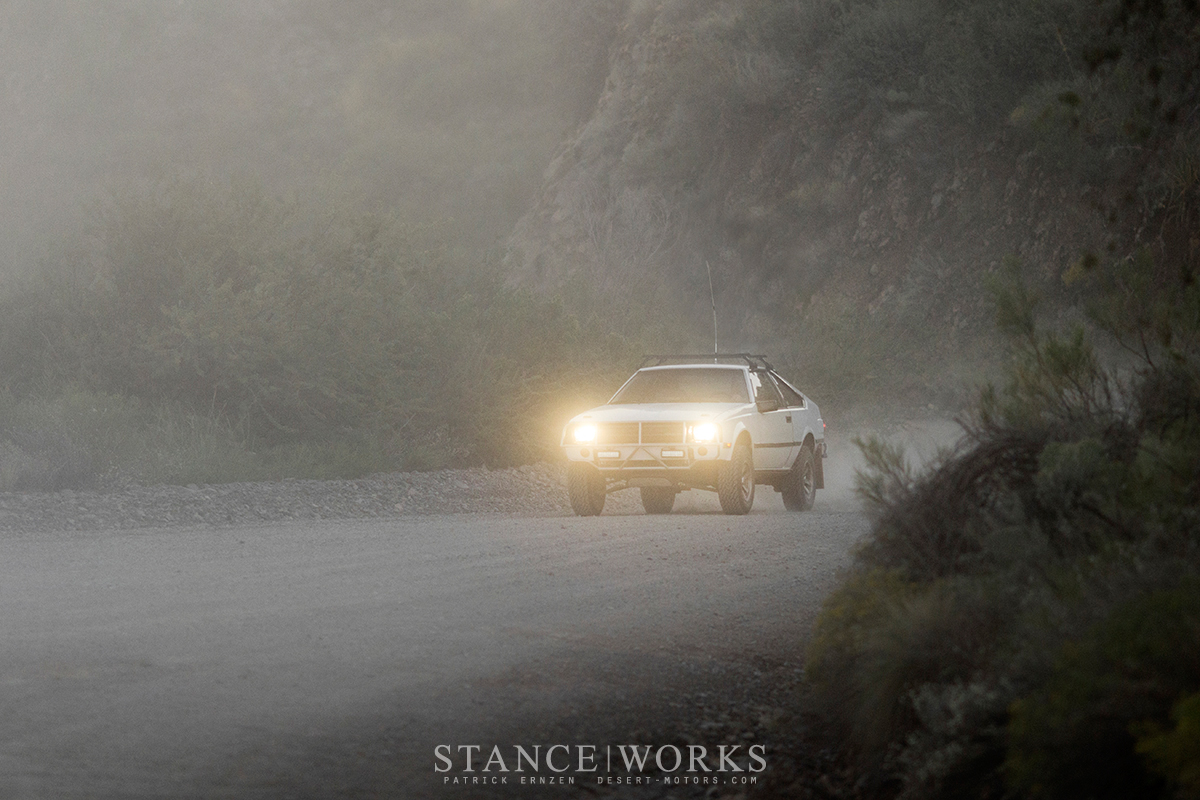 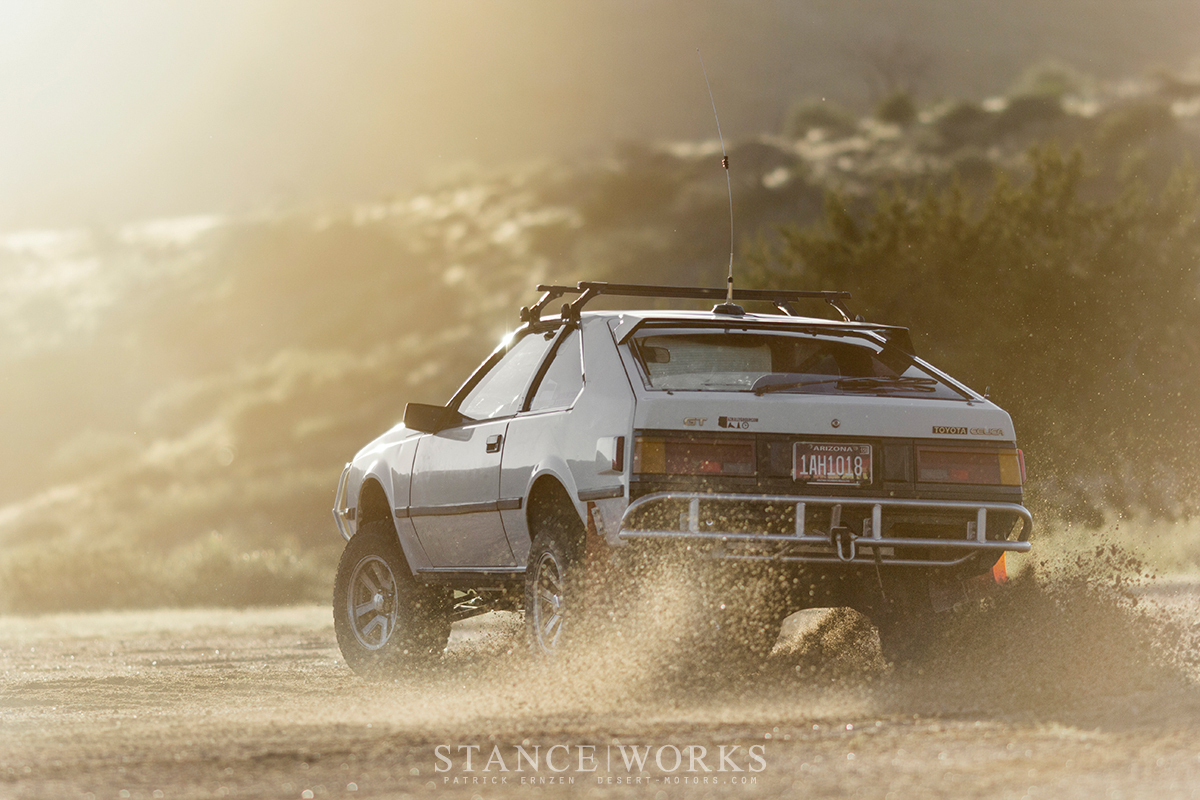 The exterior of the car has been executed perfectly, oozing style from every angle while embracing the entirely functional aspect of the build. The most obvious change to the car is the lack of pop-up headlamps; the 3rd generation Celica was originally equipped with pop-up units, as well as bumpers that jutted obtrusively from both the front and rear of the car. The front end conversion was an important factor for Jon in making the car unique, as well as harking to the Group B counterpart he is so inspired by. The swap took several years of research, skill, and a bit of luck. After removing the factory front and, a Mazda truck grille was chopped up and fitted. Custom cornerlight caps blend the grille into the fenders, and a custom-made valence was fabricated from scratch to polish out the front end, giving his Celica a one-of-a-kind face that brings the rally aesthetic in full force. Tubular bumpers, front and rear, are pulled from different racing disciplines: Safari Group B at the nose, and off-road double-tube style out back, with a 2" receiver hitch for towing when needed. 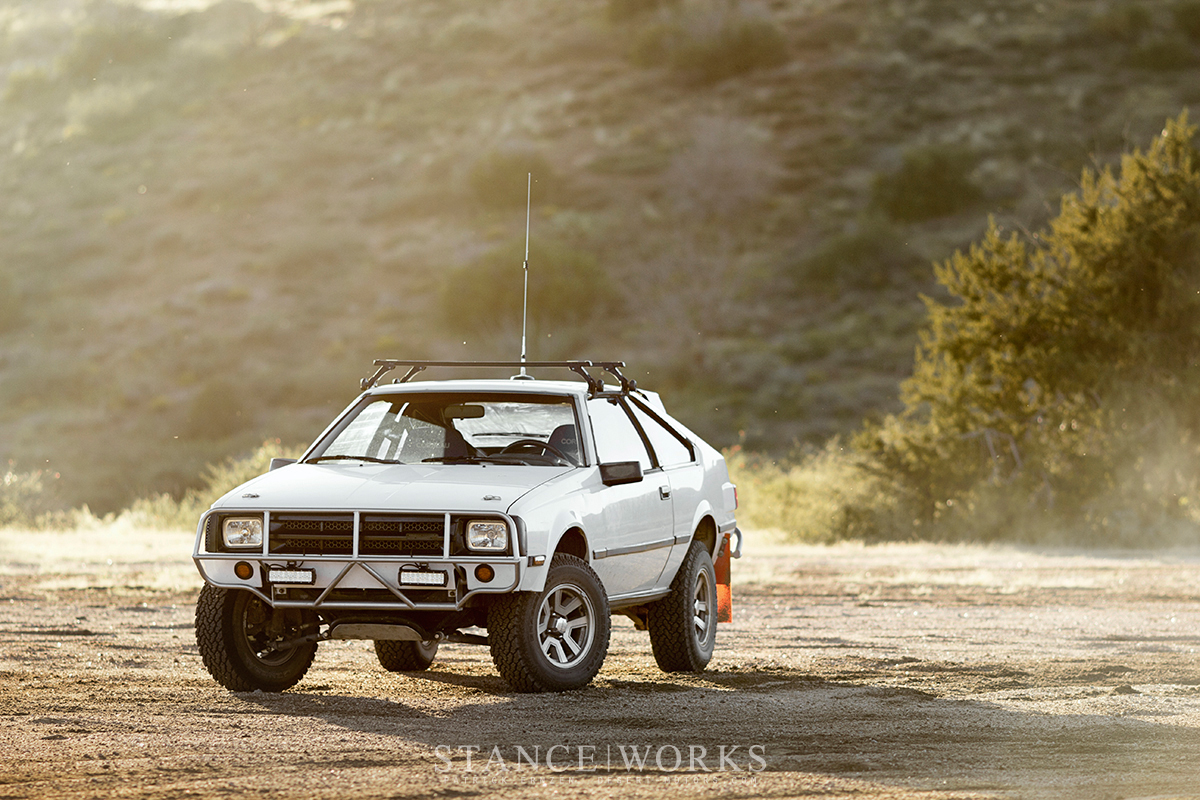 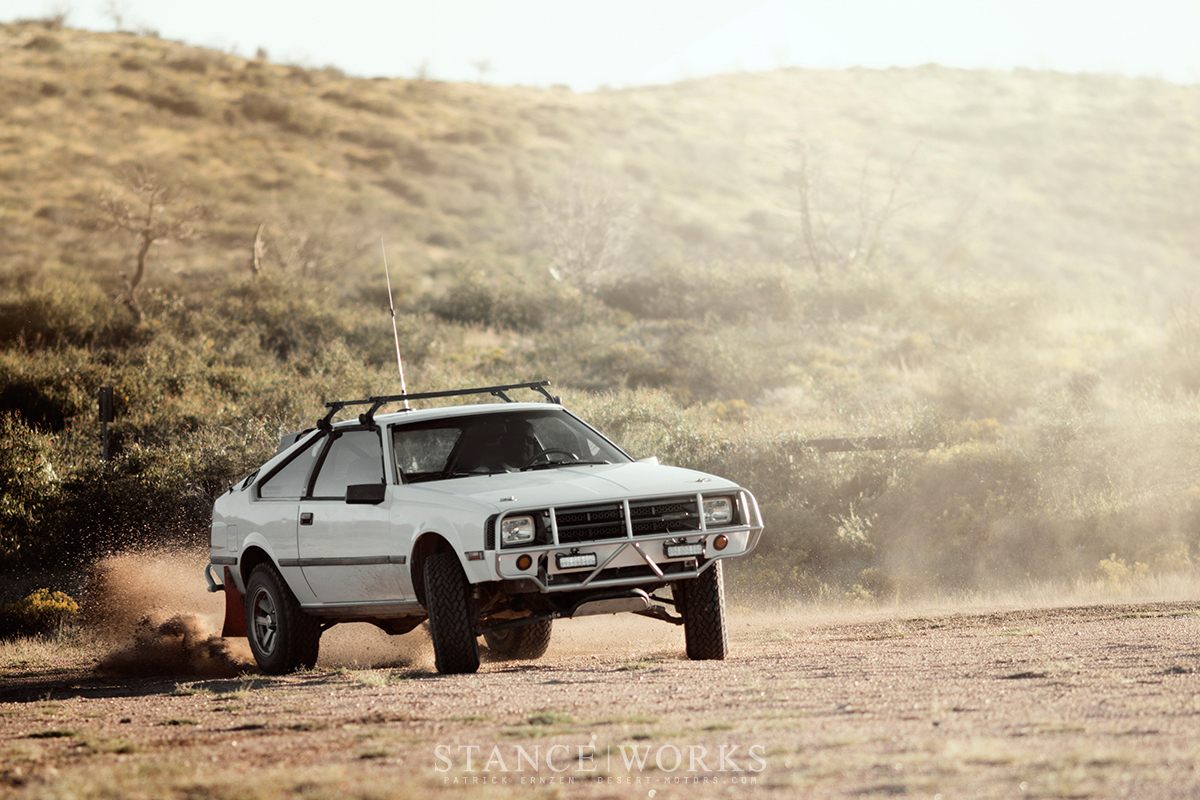 The last details fall inside the car. A pair of blue Corbeau seats keep Jon planted while the back end slides through loose dirt and gravel, and five-point harnesses lock him in place for safety. The rear seat has been removed to make room for the cage, and in the back, a full-size spare is mounted, as well as a shovel and tools, in case the need arises. Lastly, the factory radio has been replaced with a dual-band HAM radio for use while working rallies, which the car does often. The car is primarily used as a Lead Car or Course Closing Car, both of which are vital in operating successful events. In comparison to most club-level racers, Jon says the car runs mid-pack: fast enough to open a stage, and fast enough to chase down the back car to ensure everyone gets through the stage safely. "It can be important to get someone to the scene of an accident, or give a car a quick tug out of a soft spot they've gotten stuck in," and it's with that mindset that the car has been built, following Jon's roots as a crewman and his inherent desire to help others race. 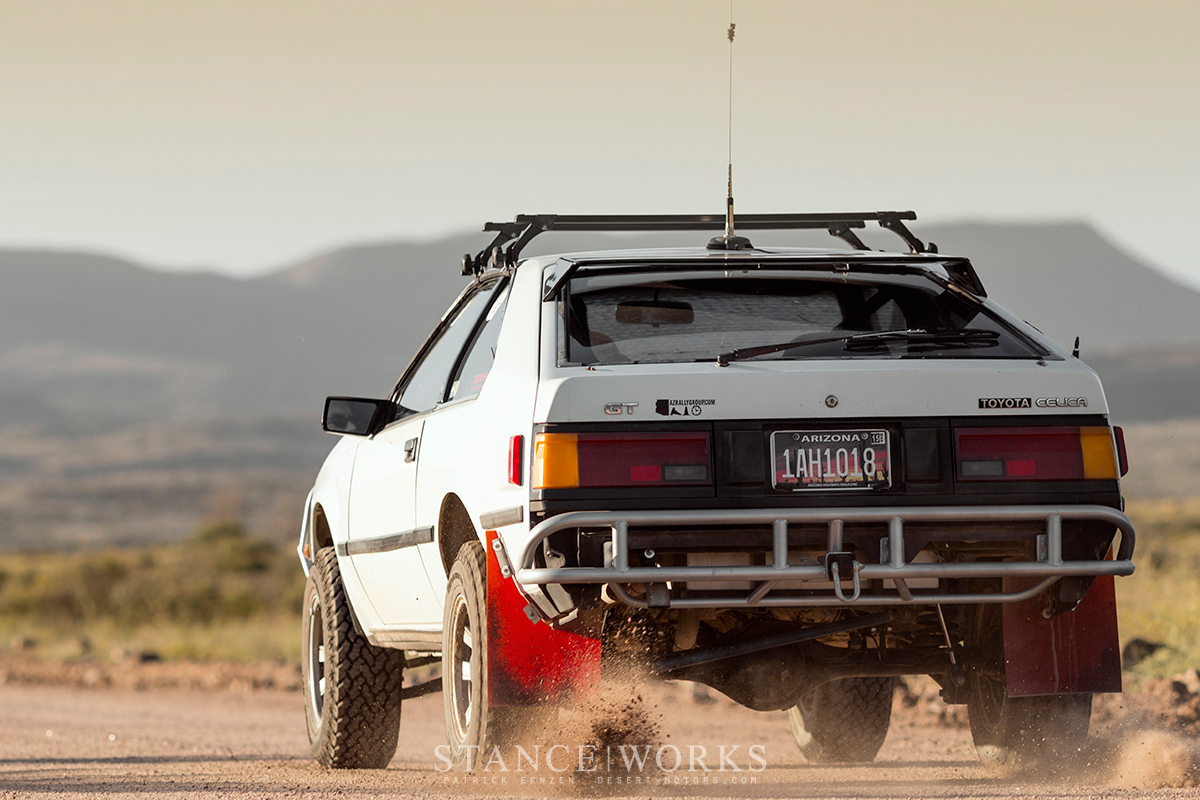 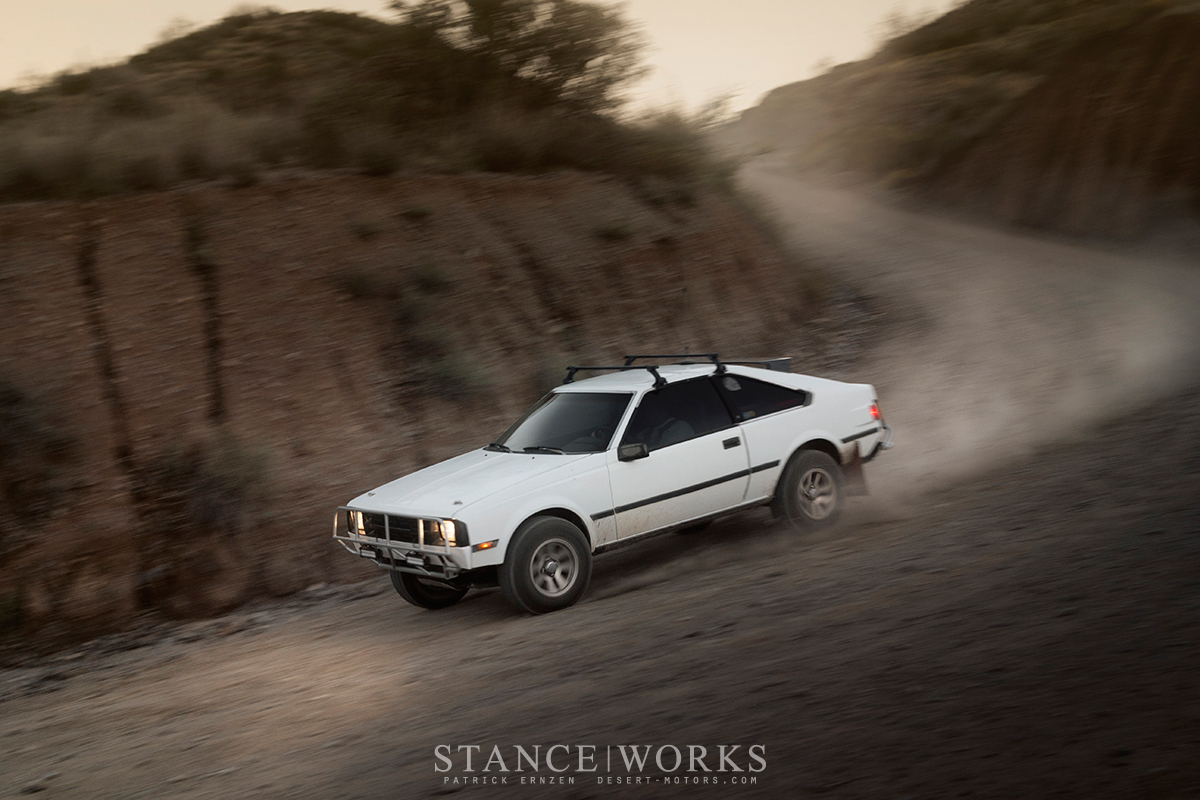 When Jon was introduced to the sport fifteen years ago, it took little time for his reputation to take hold, and ever since, he's established himself as someone involved not only for the love of the sport, but for his fellow racer. With his talents and imagination, he's built a car that is unique in all respects - from engineering and design focused on making a road car handle the trials of mud and dirt, to sinking time and effort into creating an aesthetic that follows his dream - "Carlos" the Celica covers it all. If his efforts in crewing for teams, managing events, and closing courses wasn't enough for the sport, such a built is sure to bring others into the incredible world of rally racing. 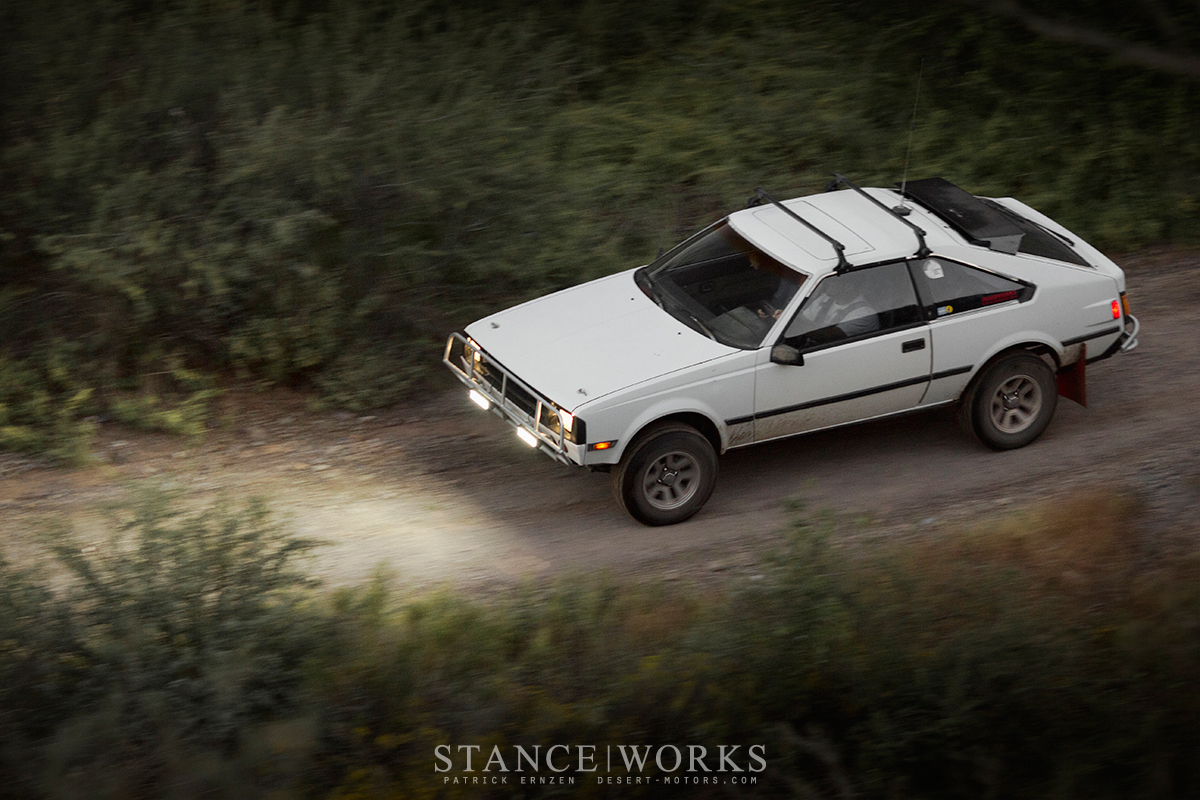 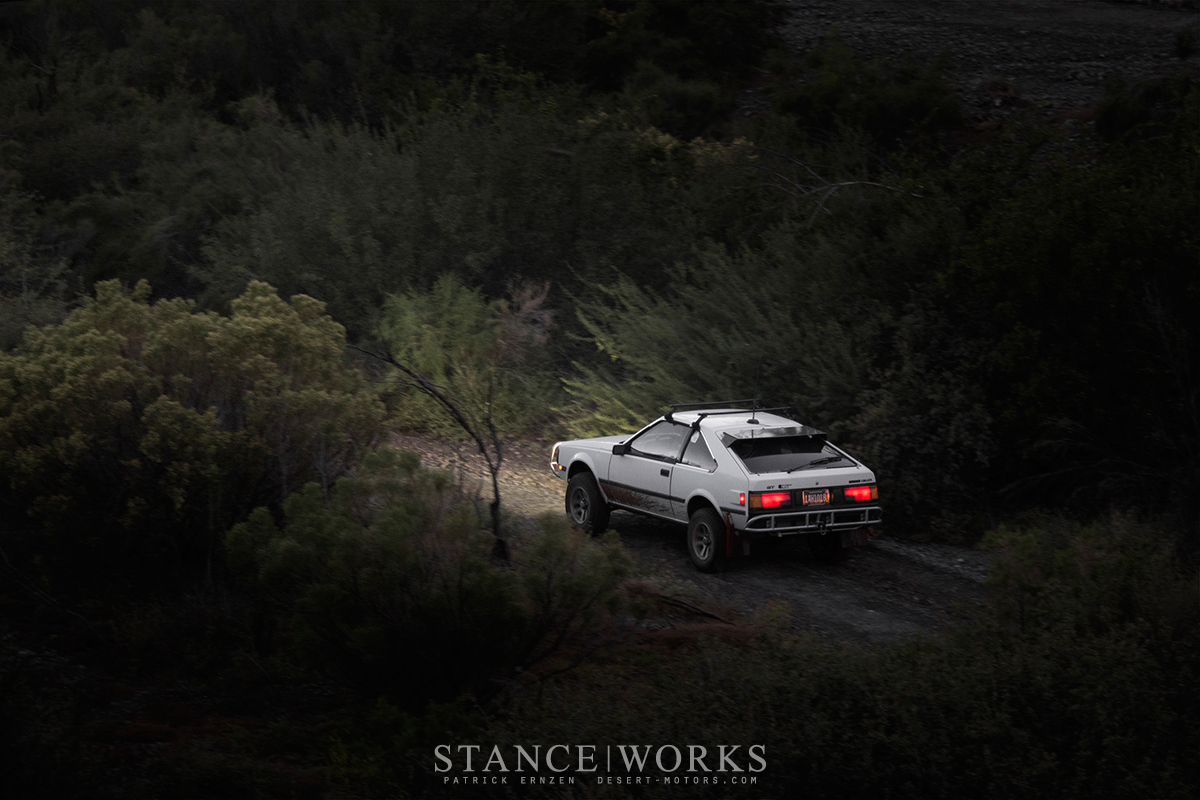