It was well into last year that I first crossed paths with Khyzyl Saleem's work. In front of me was a Mercedes SLS, clad in canards, vents, cables, and wires. Vibrant paint, lights, and details, worn and damaged from abuse. As though it was set in a distant post-apocalyptic future where Mad Max meets techno Tokyo, Khyzyl's work pulls automobiles into a world that meshes the likes of Twisted Metal with the style of Akira; a world that blends ideas from fantasy, anime, steampunk, and best of all, imagination. 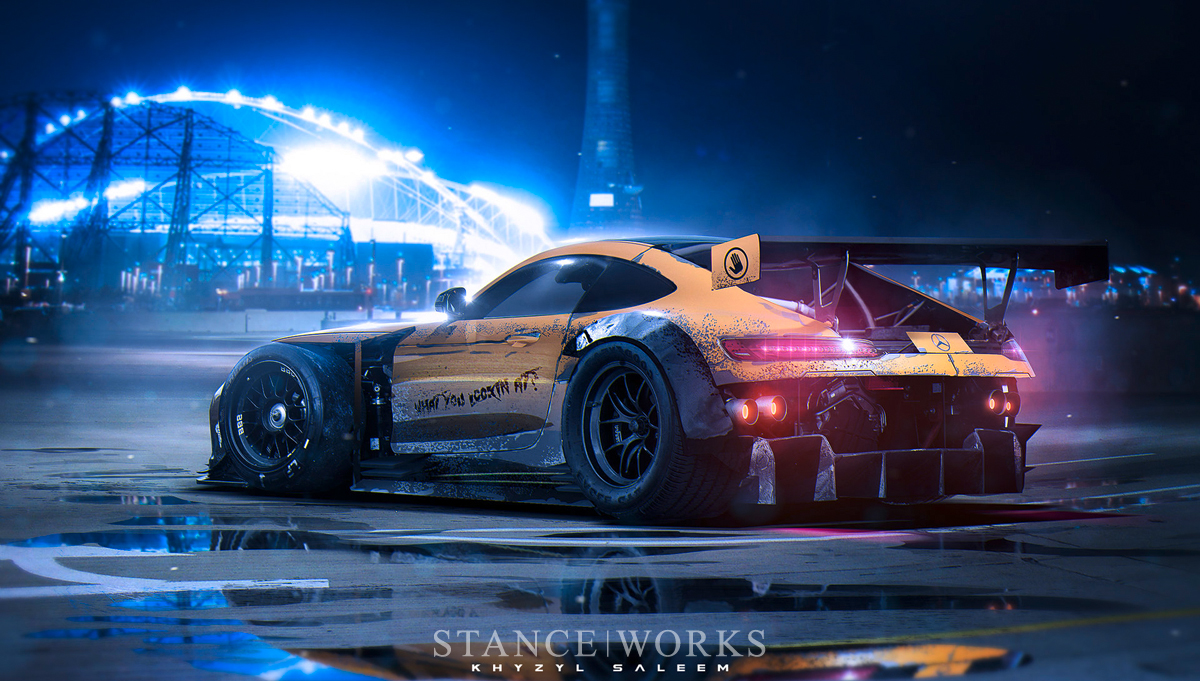 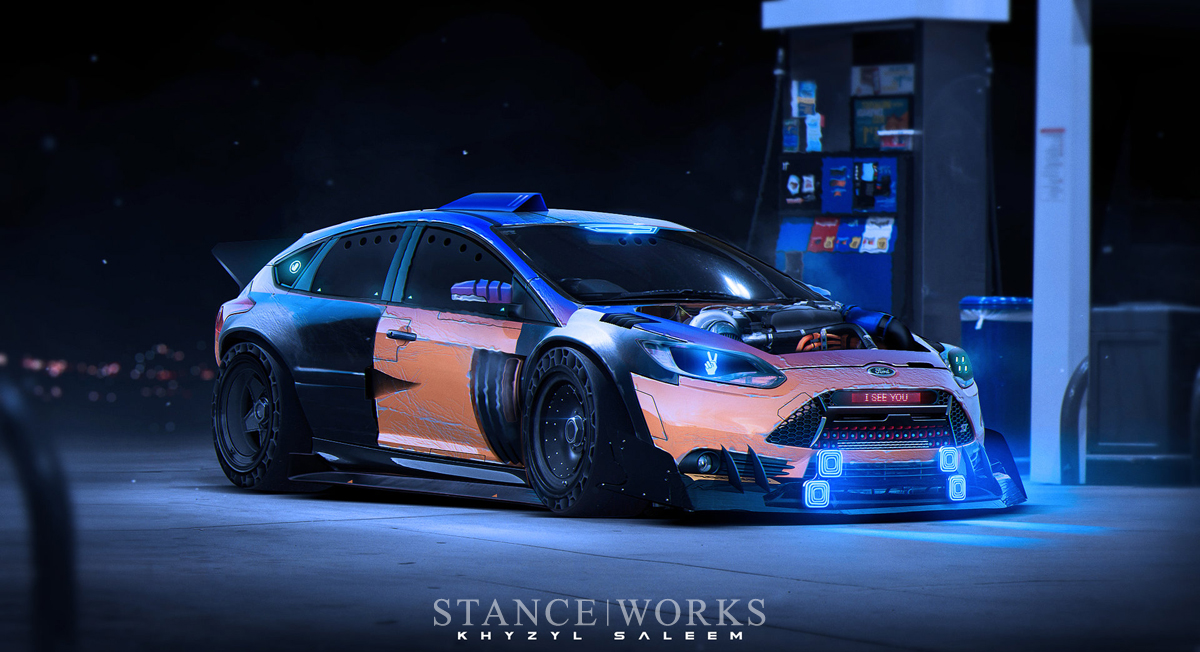 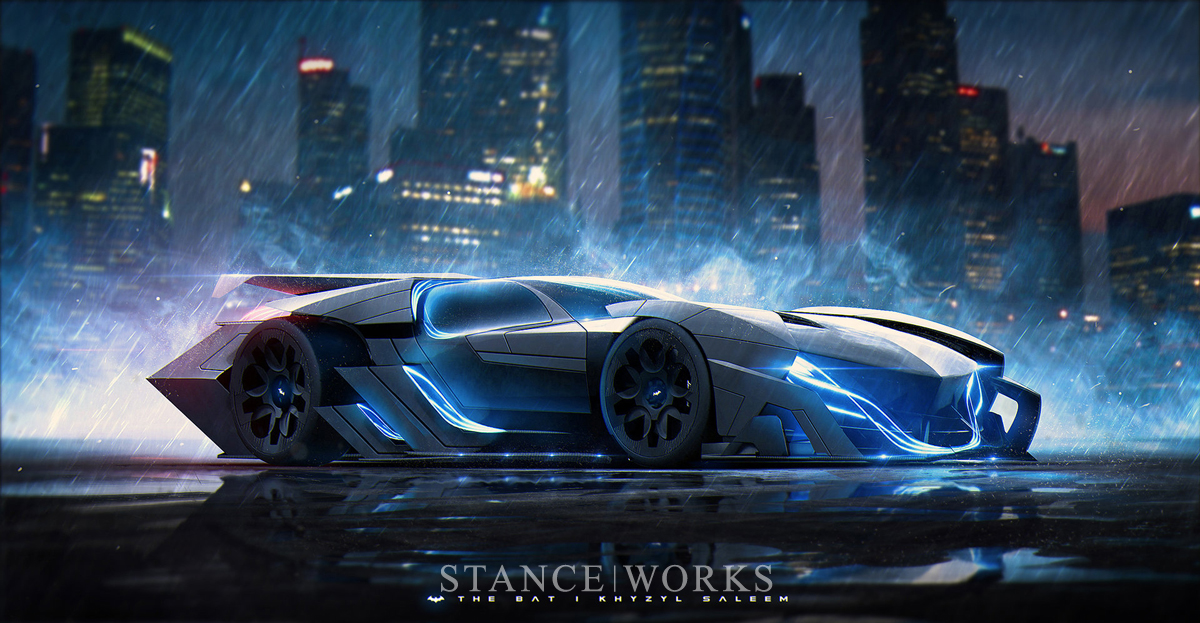 Ever since, slowly but surely, bits of Khyzyl's work have made their way around the web, each one unique in its attempt to capture attitude and style. While many are sure to misunderstand his work, or to simply not enjoy it, it's been some time since art has inspired us here at StanceWorks quite like Khyzyl's. Cars from all genres have received his treatment; from British classics to Japanese sports coupes, Italian supercars to American muscle, each one is perfectly suited to a futurescape that, while daunting in appearance, seems like an automotive thrill ride. 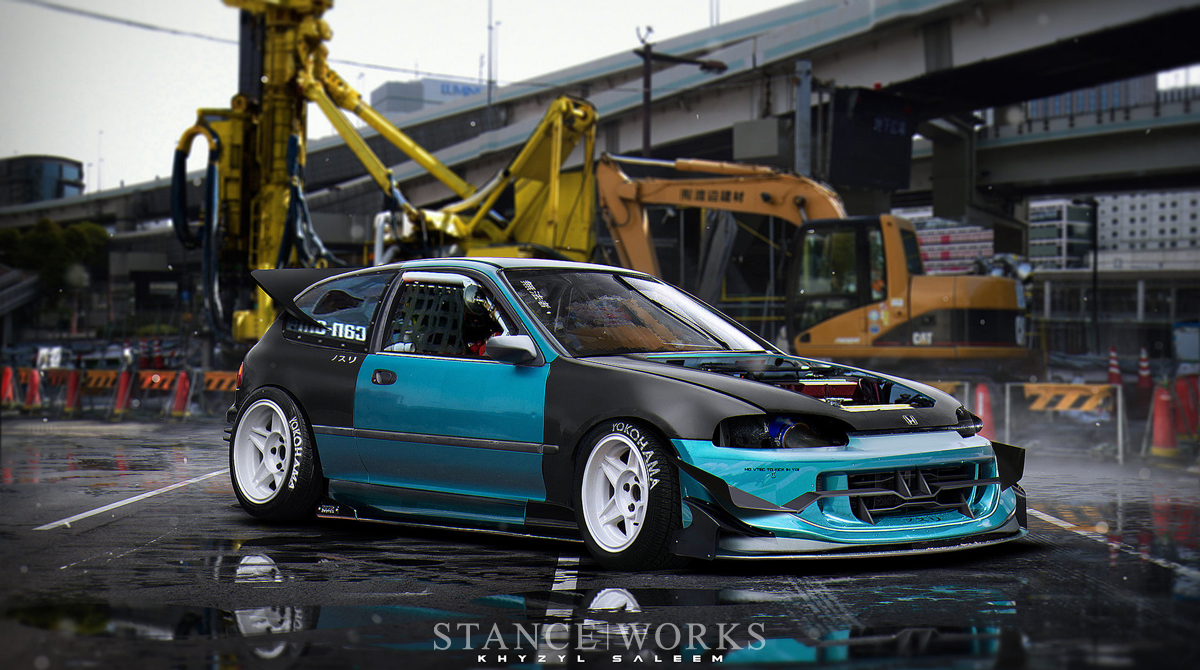 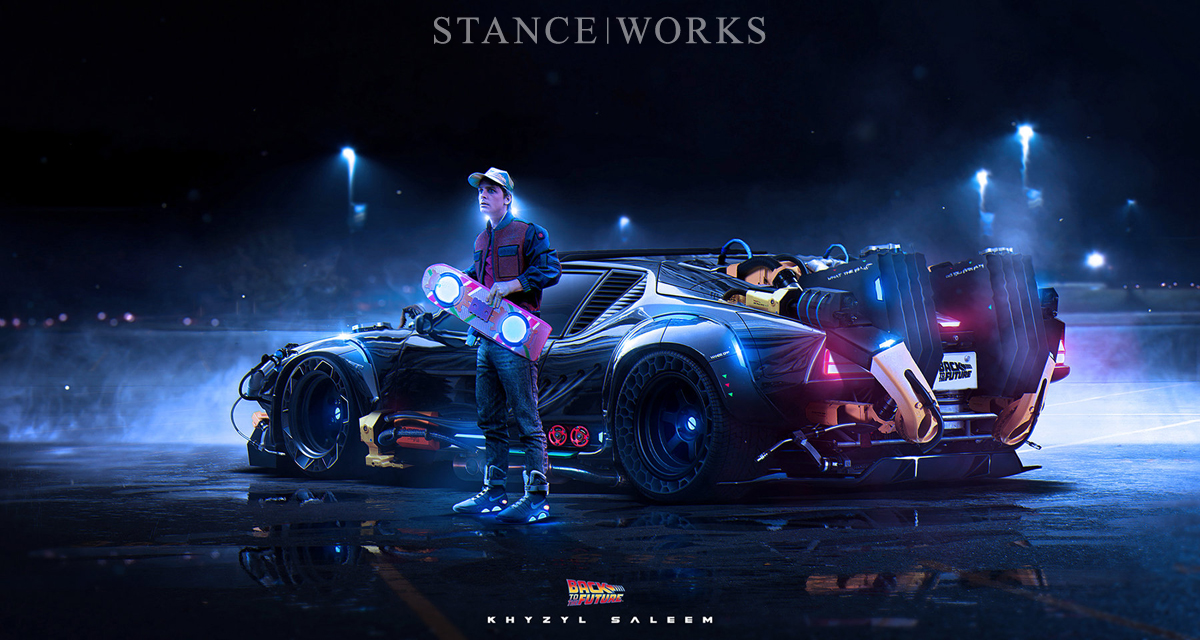 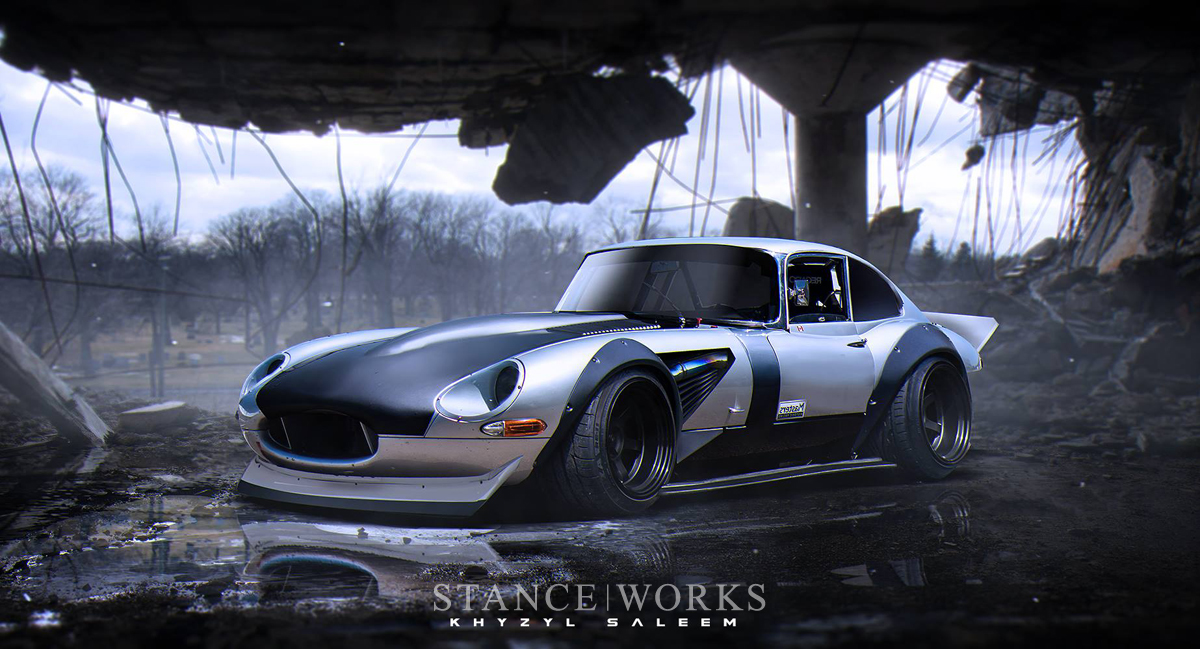 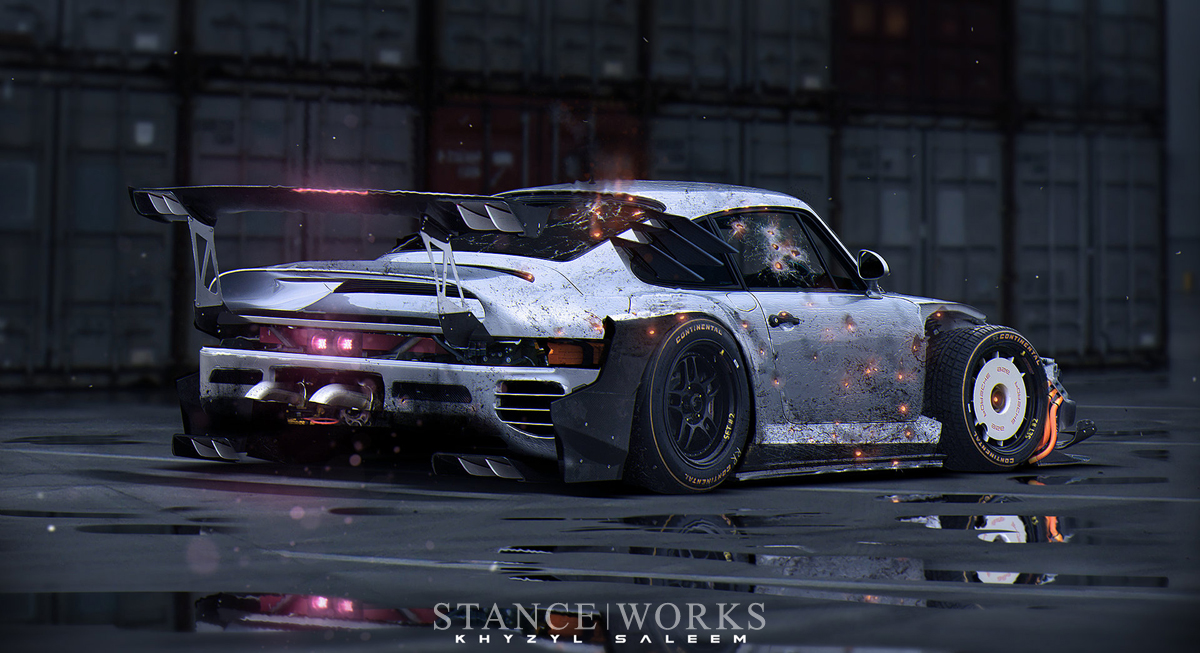 Khyzyl's process is almost entirely digital, with most of his depictions originating from stock images and found photography. Cars are placed in a suitable background, most often utilizing the technicolor brilliance of a neo-future pseud0-japanese cityscape. From there, his cars are rearranged and restructured, influenced by an immeasurable number of factors, to create the oddities before you. 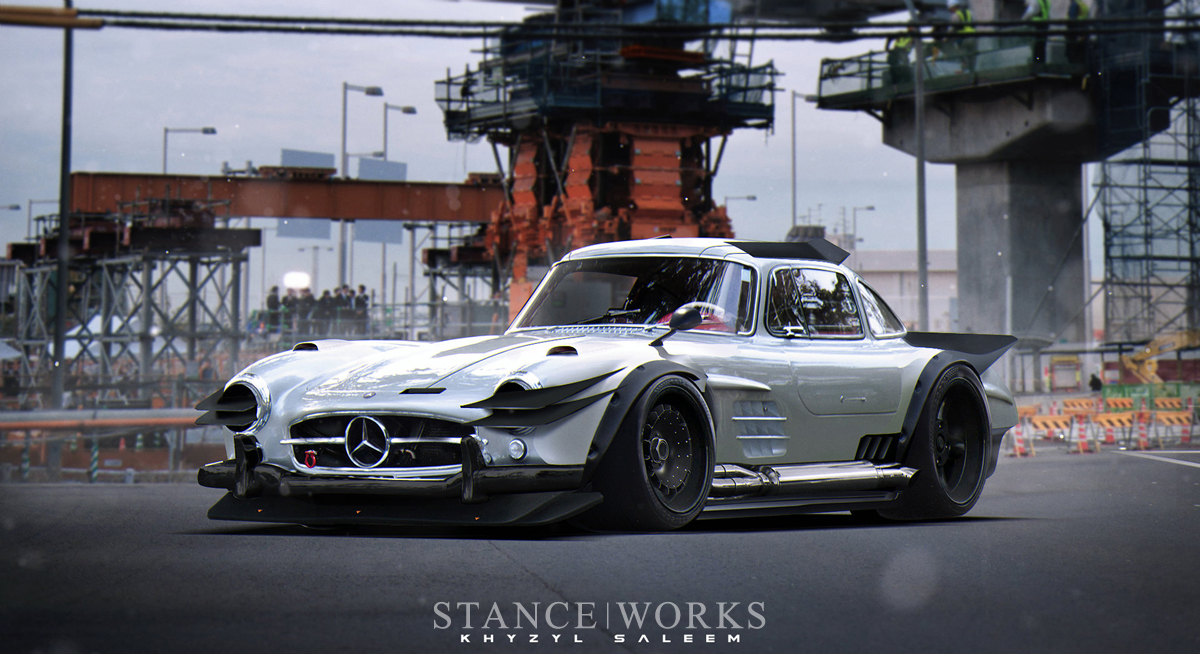 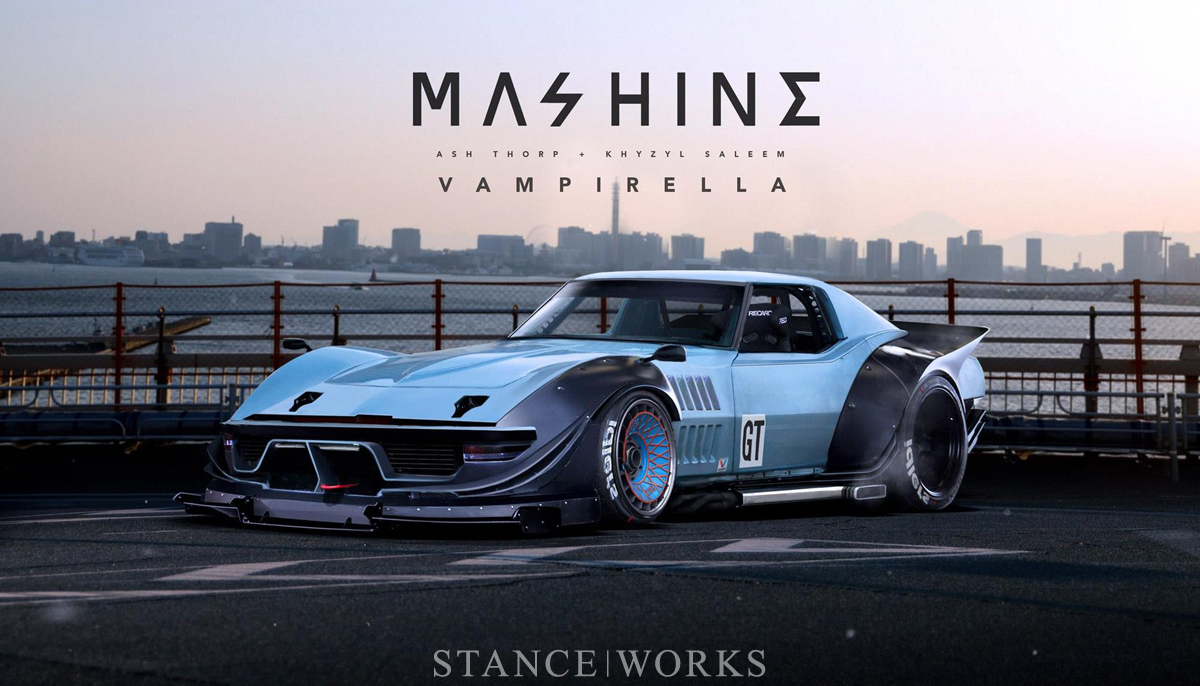 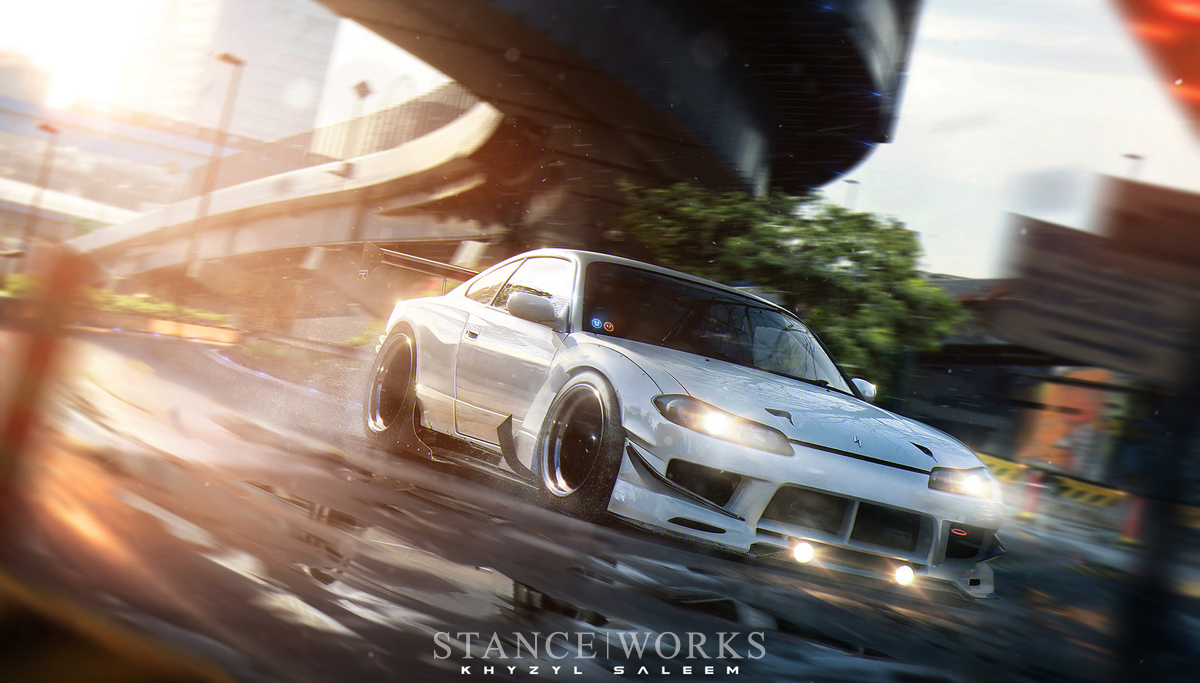 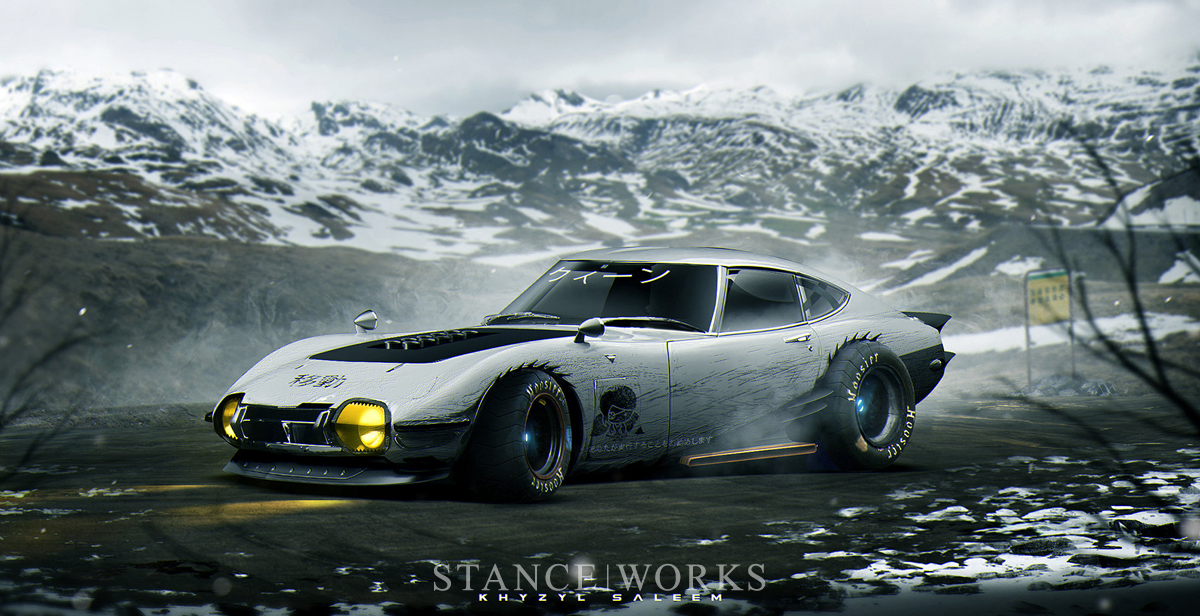 Details on his artwork are pulled from across the board - at a mere glance, one might spot hydraulic hoses and rams from heavy machinery, canards pulled from time attack race cars, and even the "tweel" produced by Michelin, which I had assumed could never look cool. Diving further, there are computer parts, engine components, and heavy ducting. Parts and pieces that seem out of place by context, but are inarguably right at home. 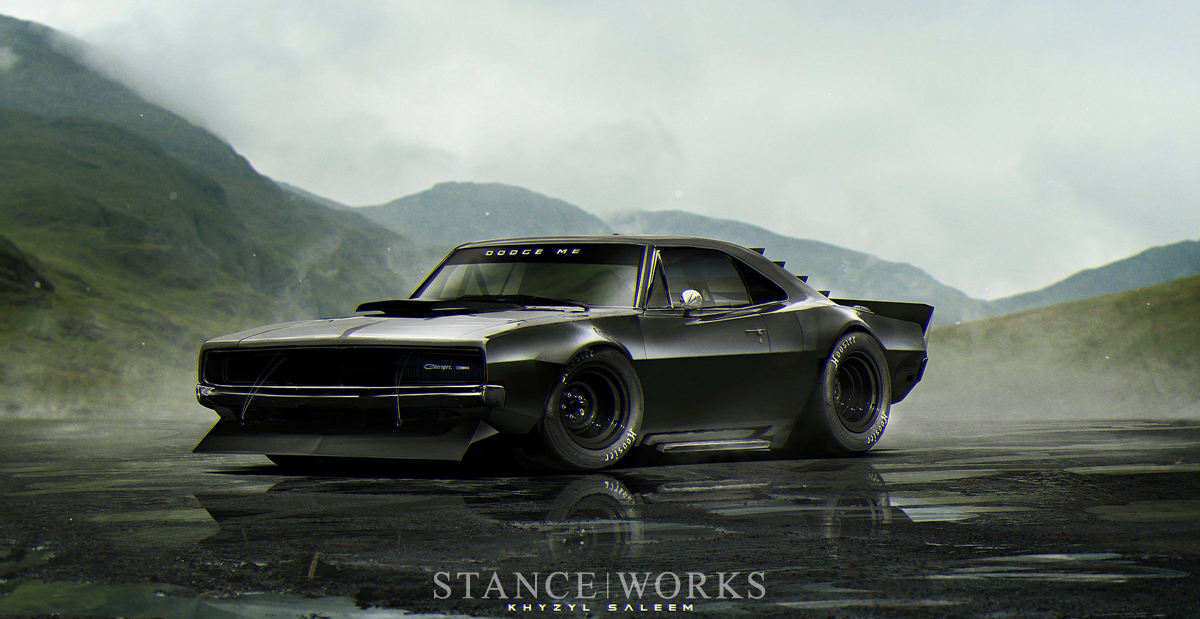 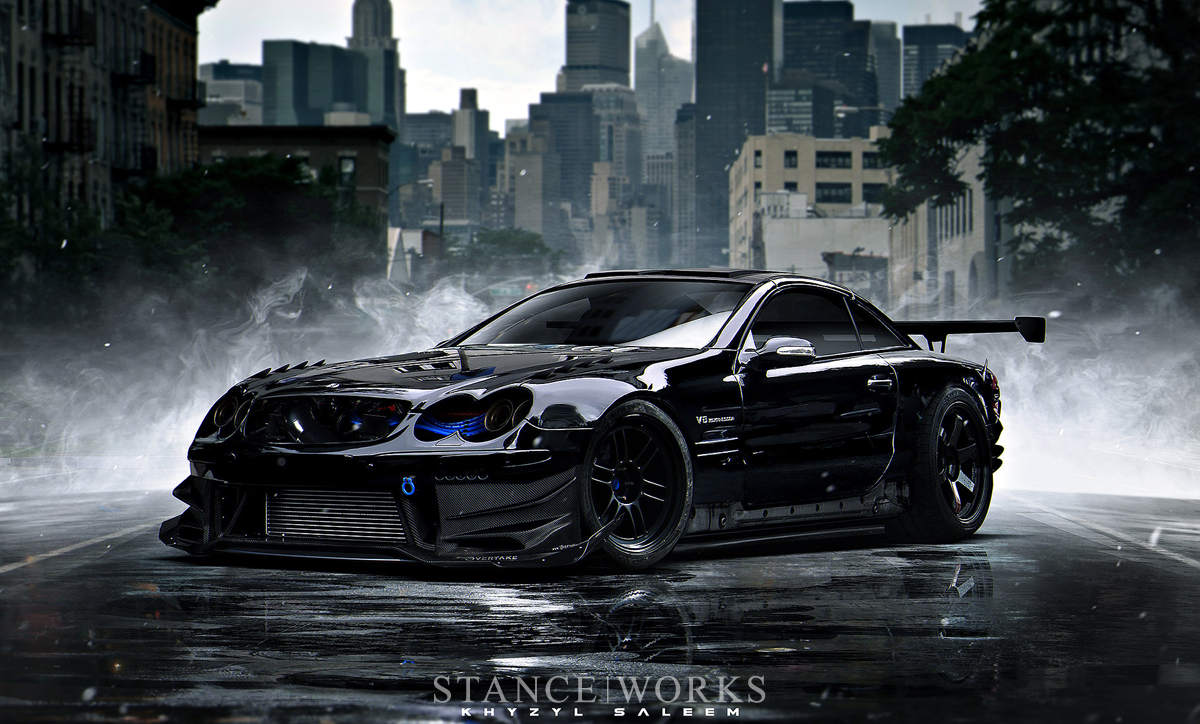 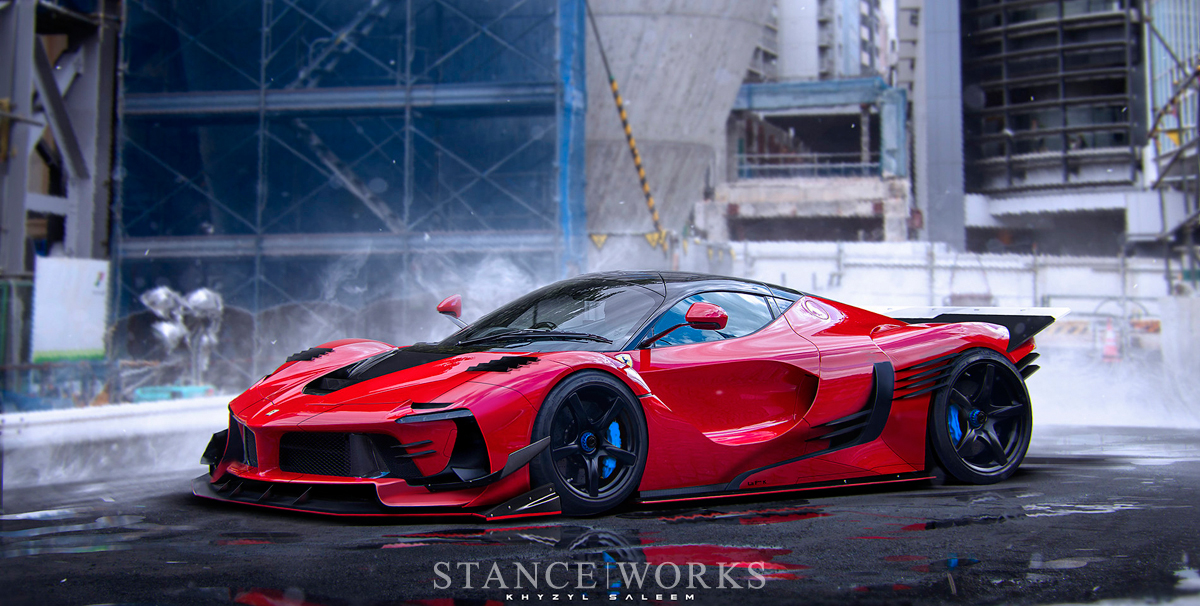 Lighting plays an equal role, with both the cars and the scenes emitting a radiant and polychromatic ambiance. LED, laser, and fiber optic lighting are all infused into Khyzyl's creations, with their faux neon glow reflecting across the components Khyzyl has implemented. His environments do the same, with an eerie fog that penetrates and intrudes, heightened by the damage strewn across each car's body lines. It begs the question: what have these cars been through? 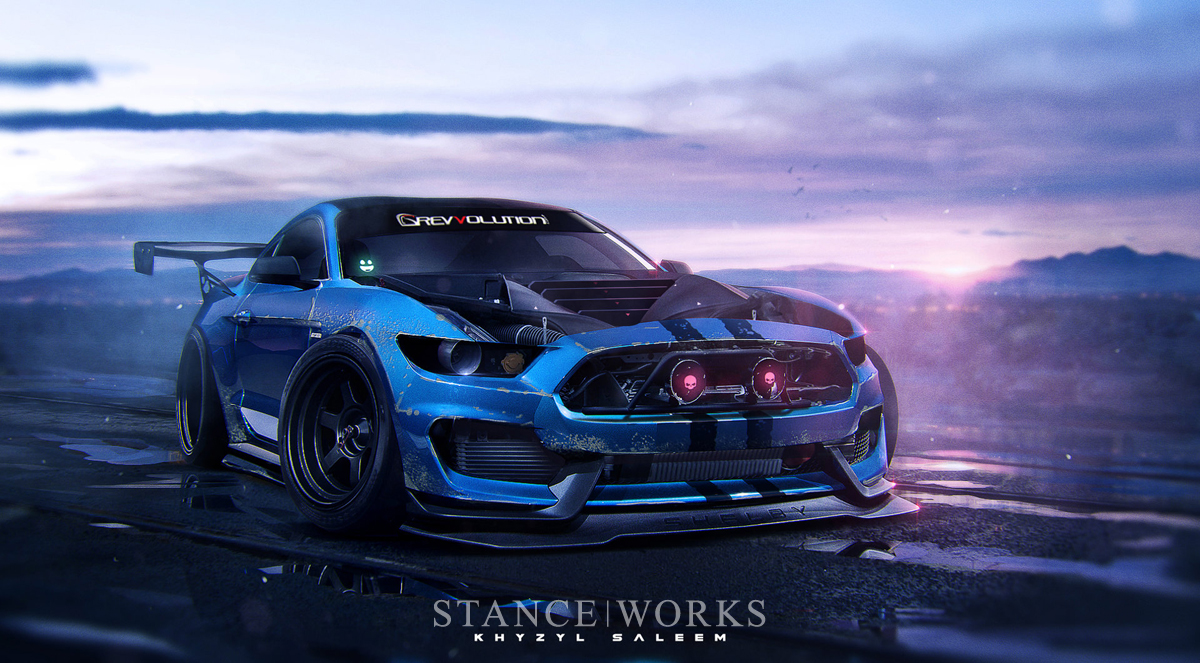 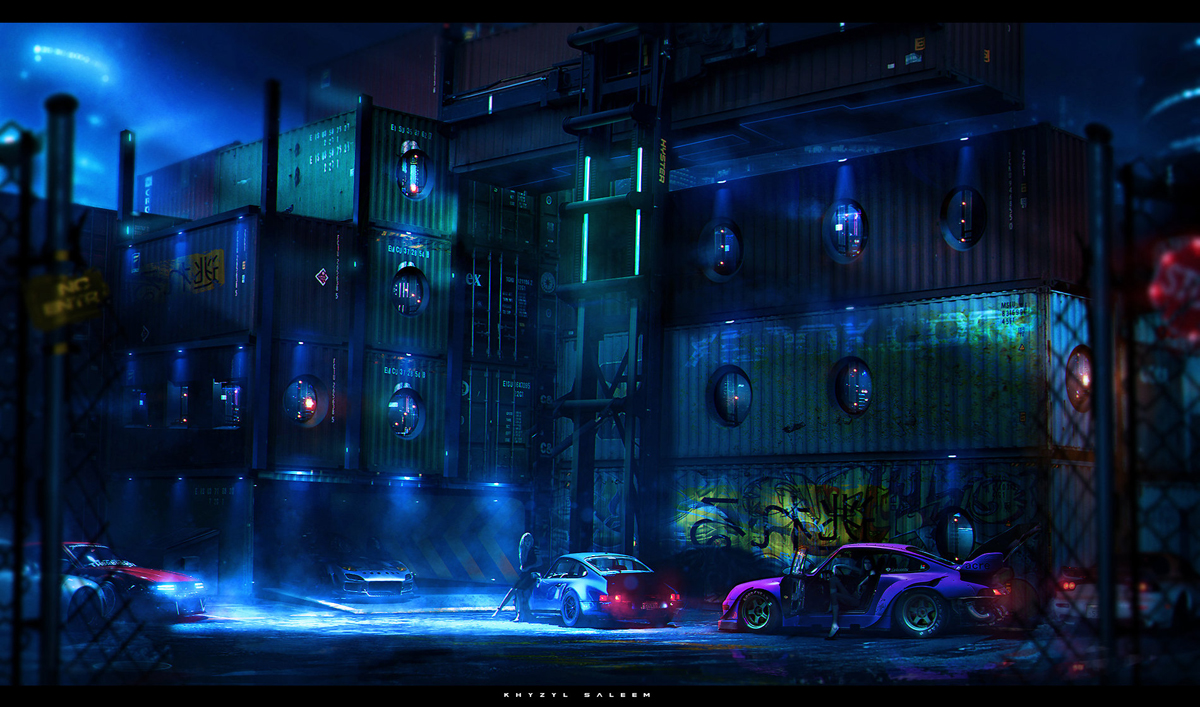 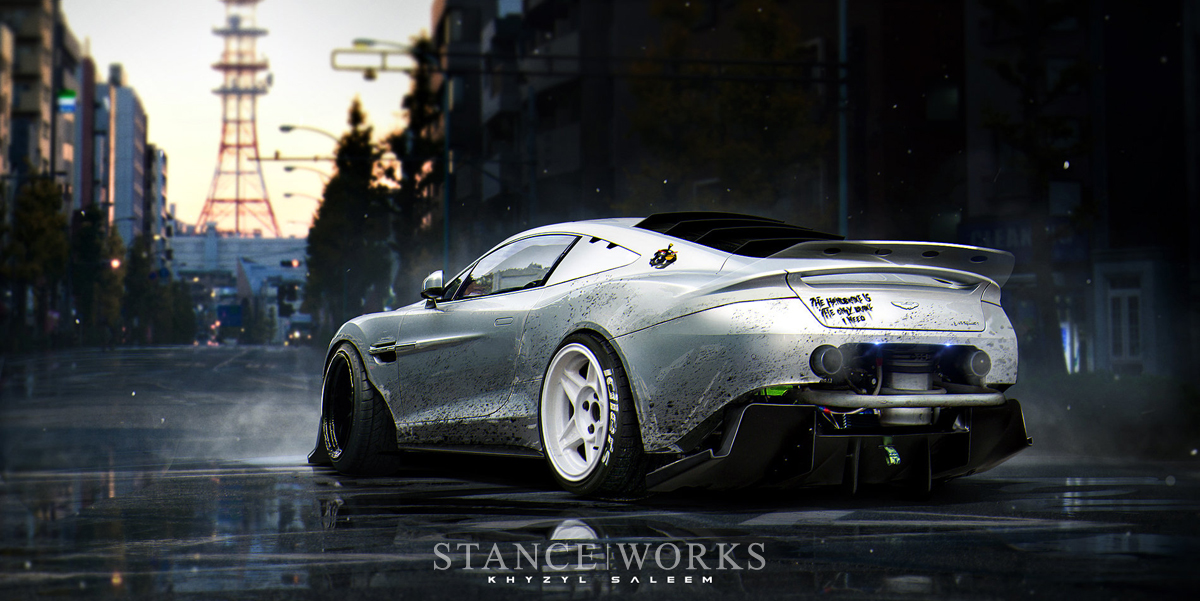 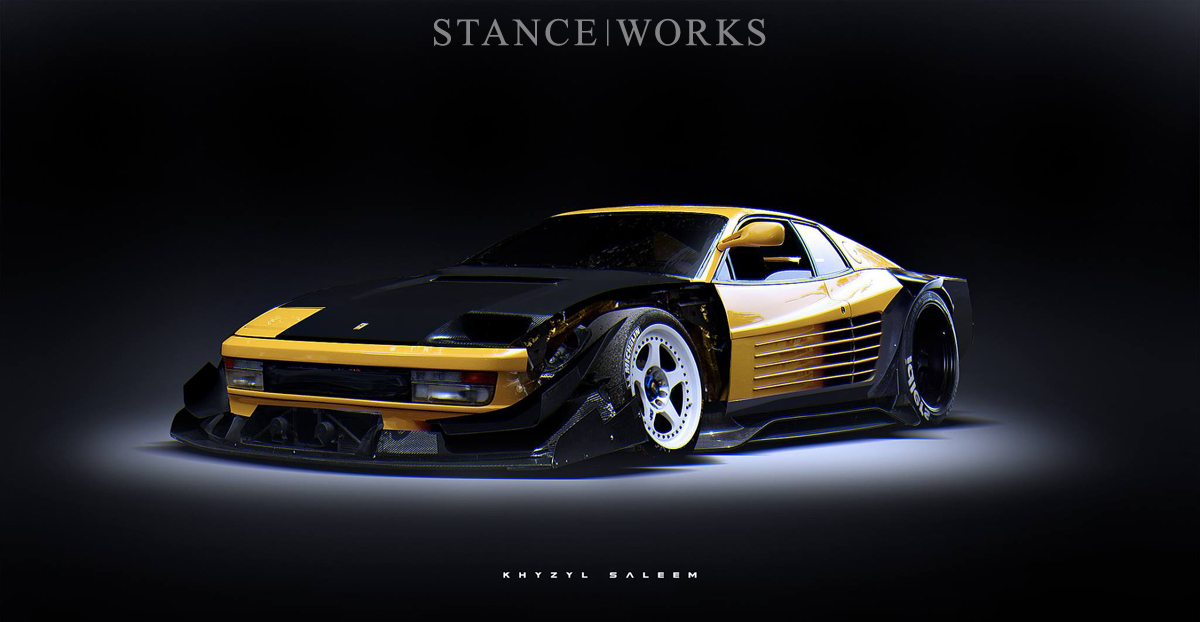 That's where imagination takes over, and Khyzyl's work succeeds the most. His creations seem to reignite a part of my childhood, previously filled with LEGO creations and wild HotWheels die cast cars. And while we love the cleanest of cars at StanceWorks, we're eager to see some of Khyzyl Saleem's creations come to life. 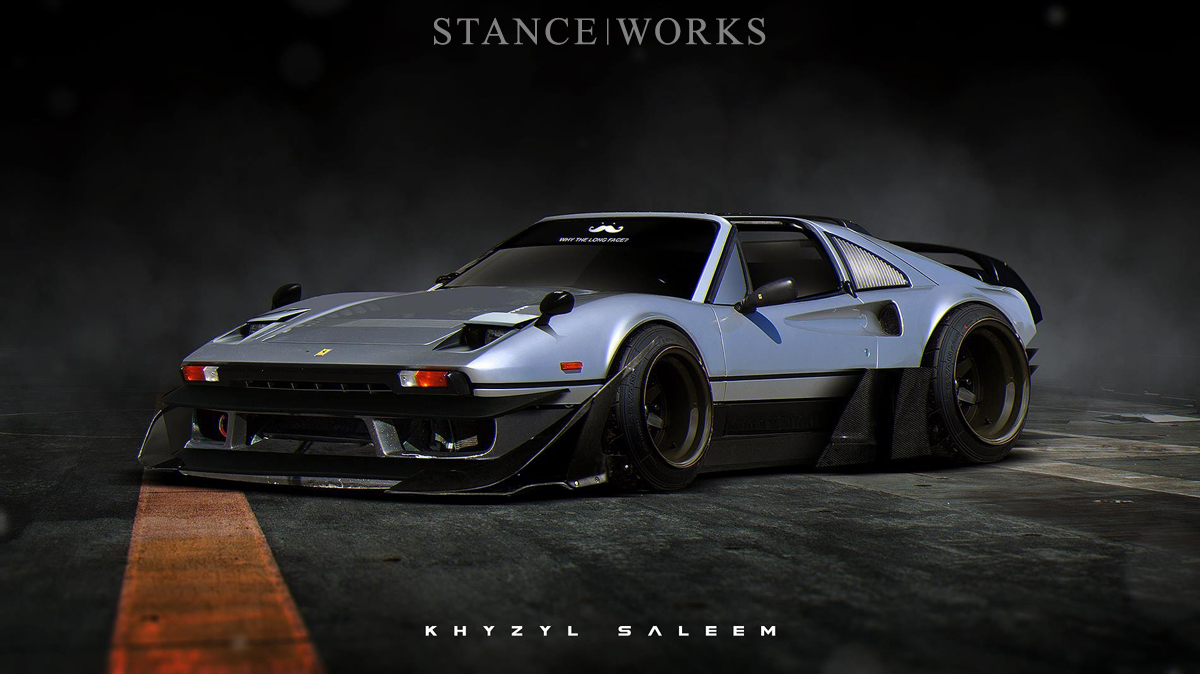