The second annual Played Out Show, hosted by our friends at Players and Rotiform, gave us Southern Californians a Saturday morning of good friends, great weather, and best of all, killer cars. The parking lot was filled to the brim as friends, crews, and companies came to show their support. The event, hosted at Don the Beachcomber in Sunset Beach, was home to several build unveilings, as well as the announcement of a few new Rotiform wheels, giving the small show some serious clout. 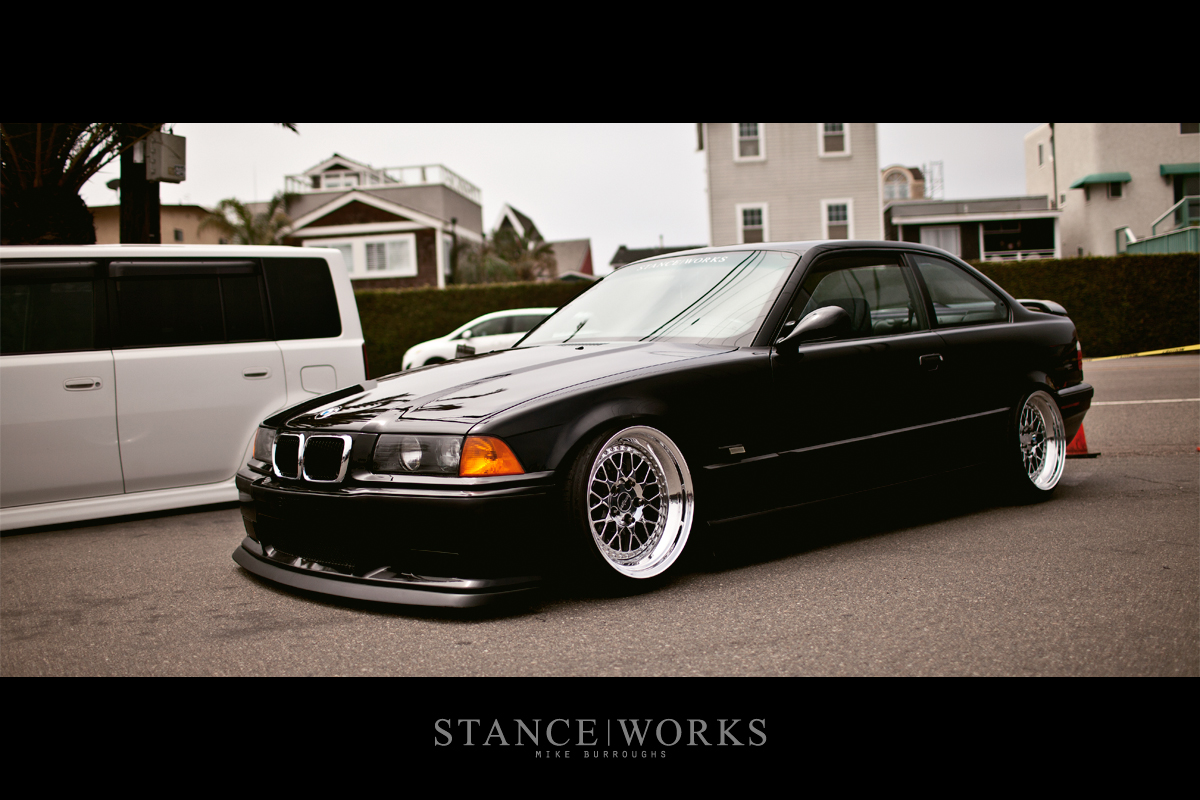 Seemingly every familiar face from SoCal made an appearance. Alex Yoshioka brought out his E36, which recently received quite the upgrade: a set of Rotiform SJCs. Fully polished against his deep black paint, our own Jeremy Whittle put it best: "He's got the color scheme right." Nicul Harkison's Volkswagen CC made an appearance and was looking as good as ever. Both cars sparkled under the summer sun as it dipped and dodged behind the morning cloud layer. 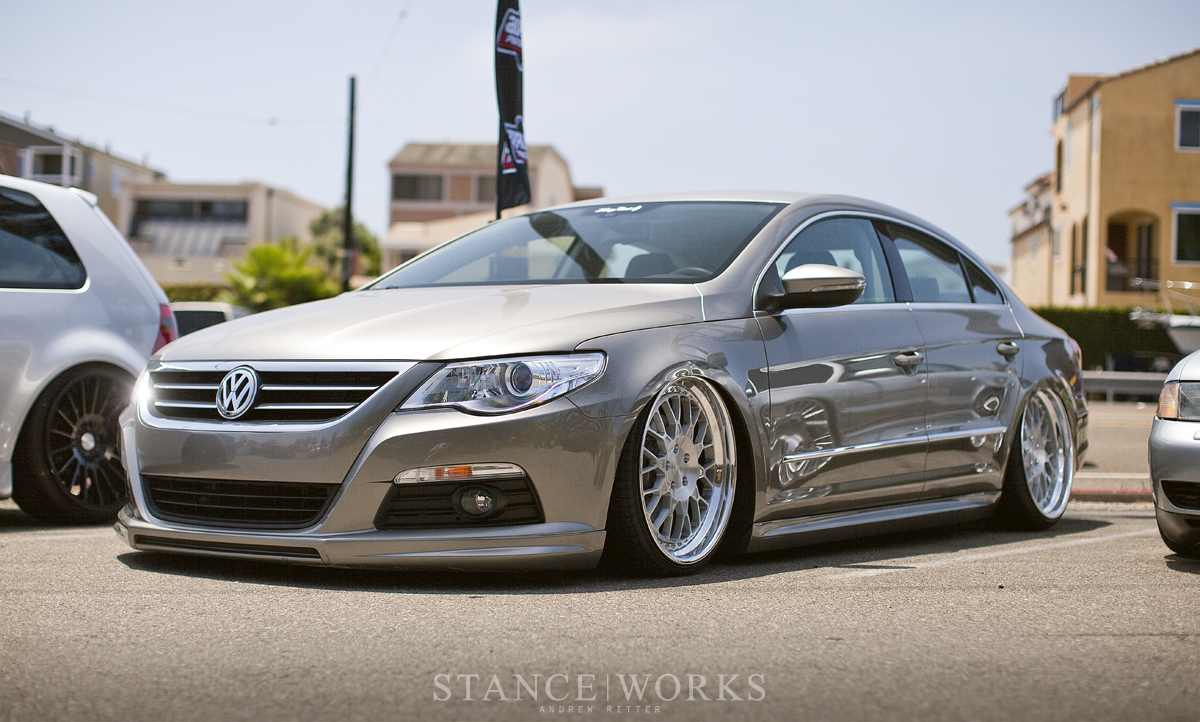 One of the most noteworthy events of the weekend was the unveiling of Rotiform's newest wheel, the WRW. Seen here on Jason Whipple's CLS55 AMG sedan, the style fits perfectly as it hints between the classic MAE Benz wheels and something a bit more universal. The thick, chunky face gives an obvious air of luxury styling, while the inboard spoke milling and stepped lips keep up with the sportiness of the AMG namesake. However, it's far from limited to just the Benz audience. 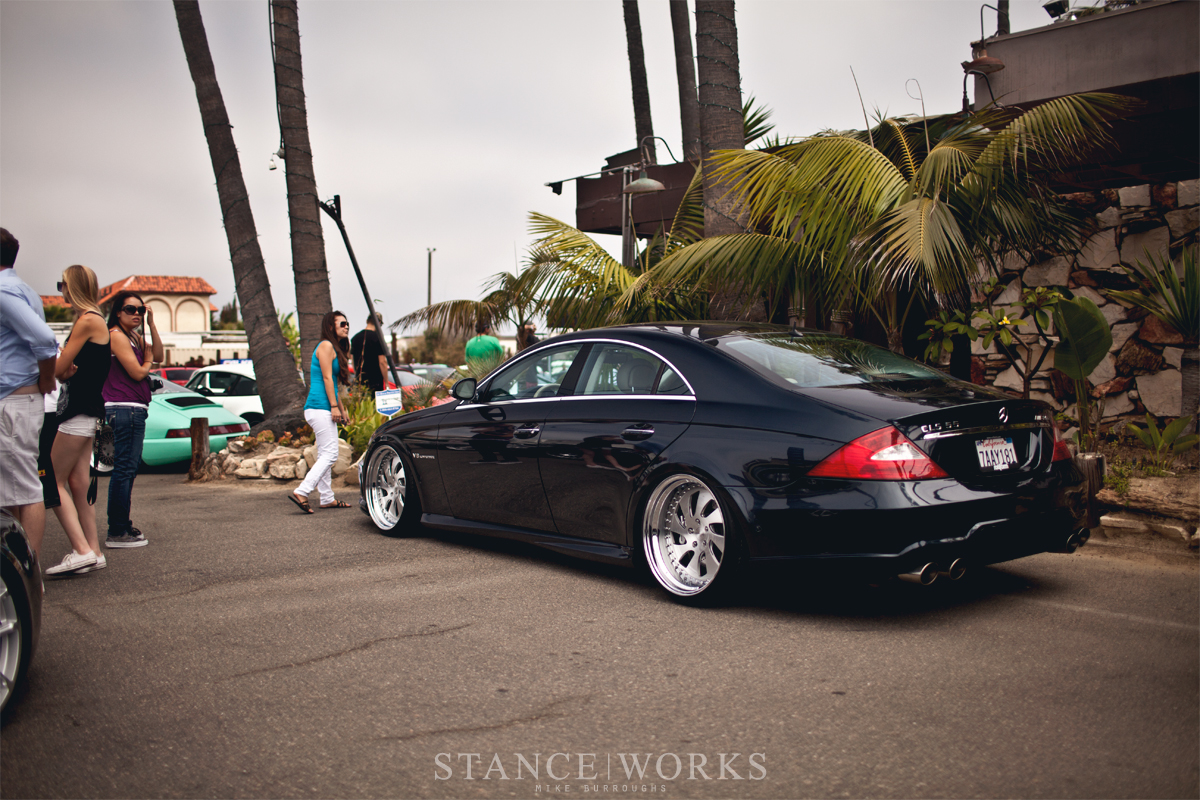 The WRW also made an appearance on Abbitt Wilkerson's recently-completed Subaru Legacy. The WRWs, Air Lift suspension, and of course, a full color-change to white, keep in line with what Abbitt is known best for. It's no WRX, but we're eager to see what continues to come of Abbitt's latest creation. 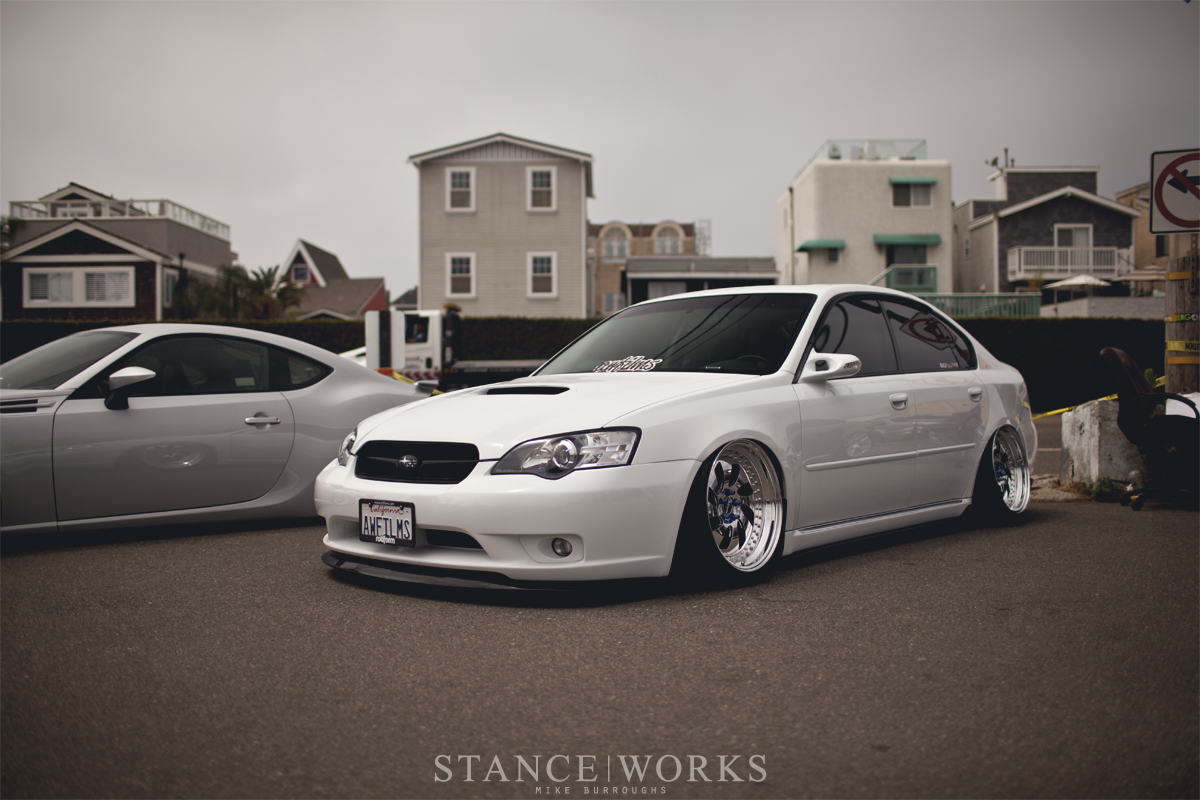 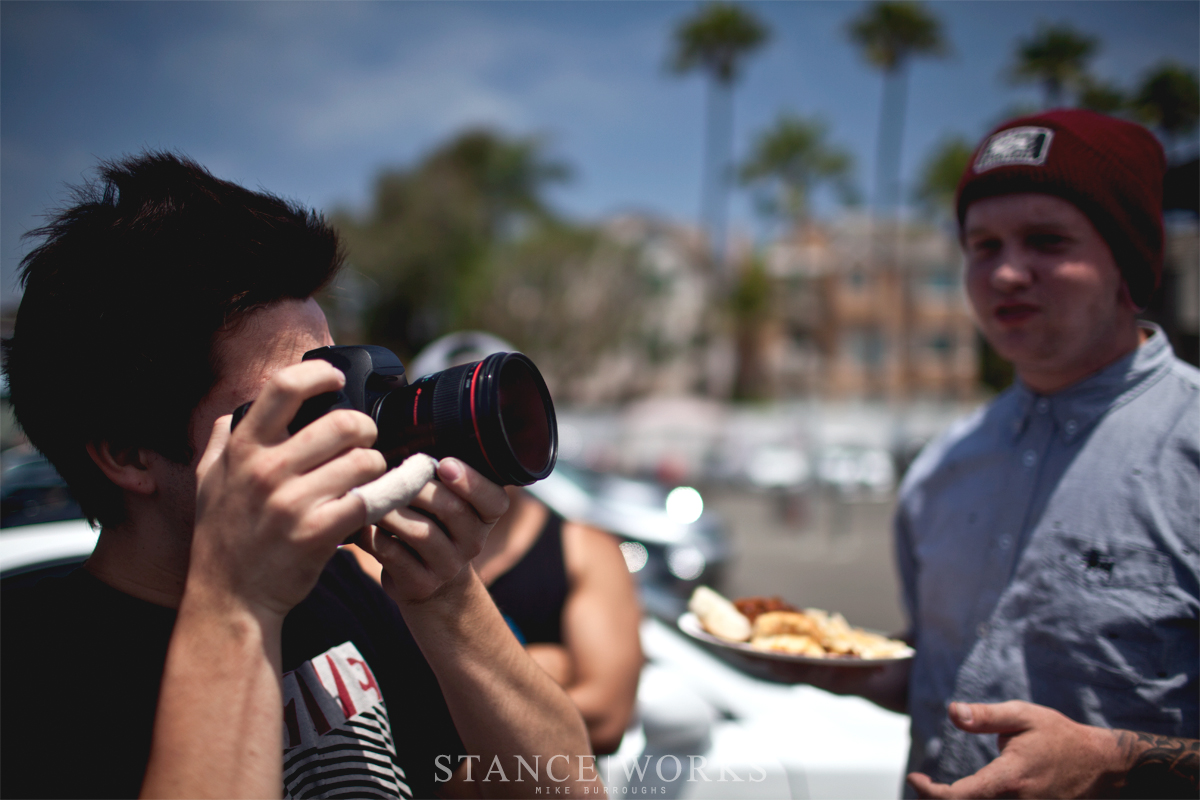 EZ-Ups and awnings were popped up to offer shade to friends, both human and canine - as Rotiform and Orbit can attest, no true car show is complete without a few dogs to join in. Burgers were grilled, drinks were had, and plenty of shop talk went around. We even spotted some new Lowly Gentlemen apparel. (Thanks Edris!) 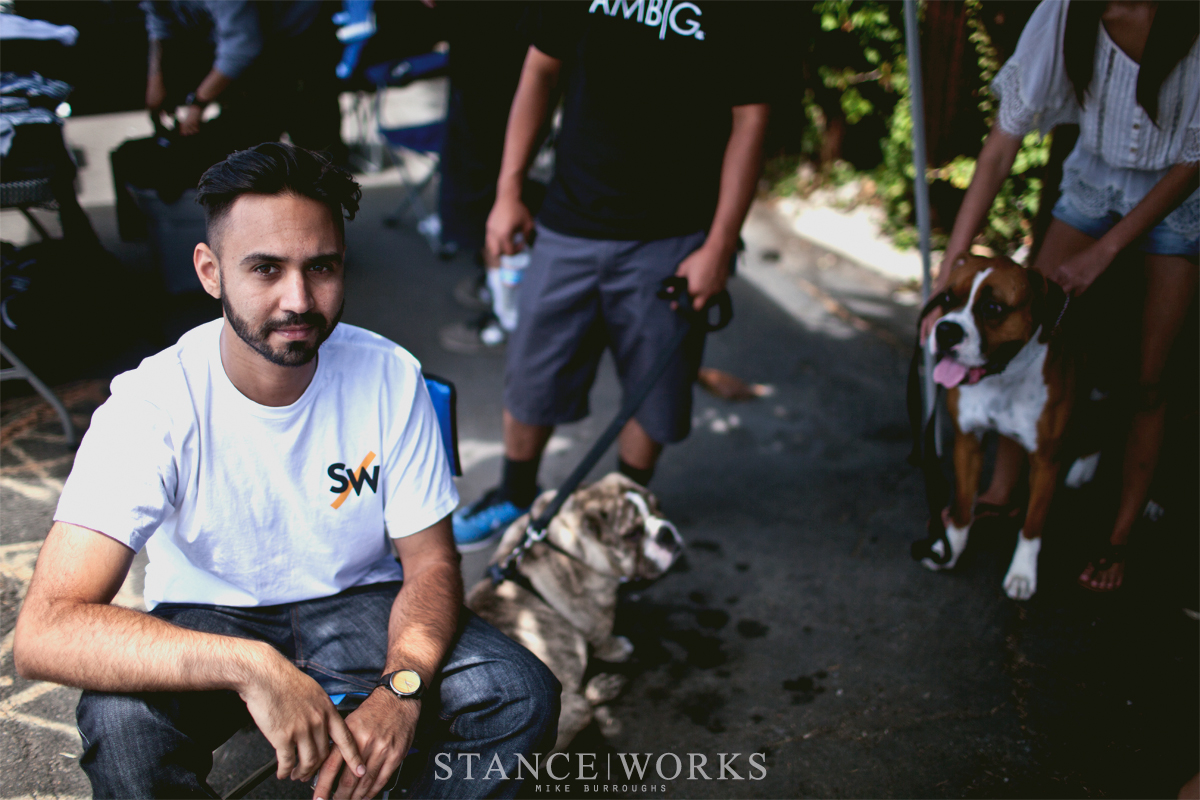 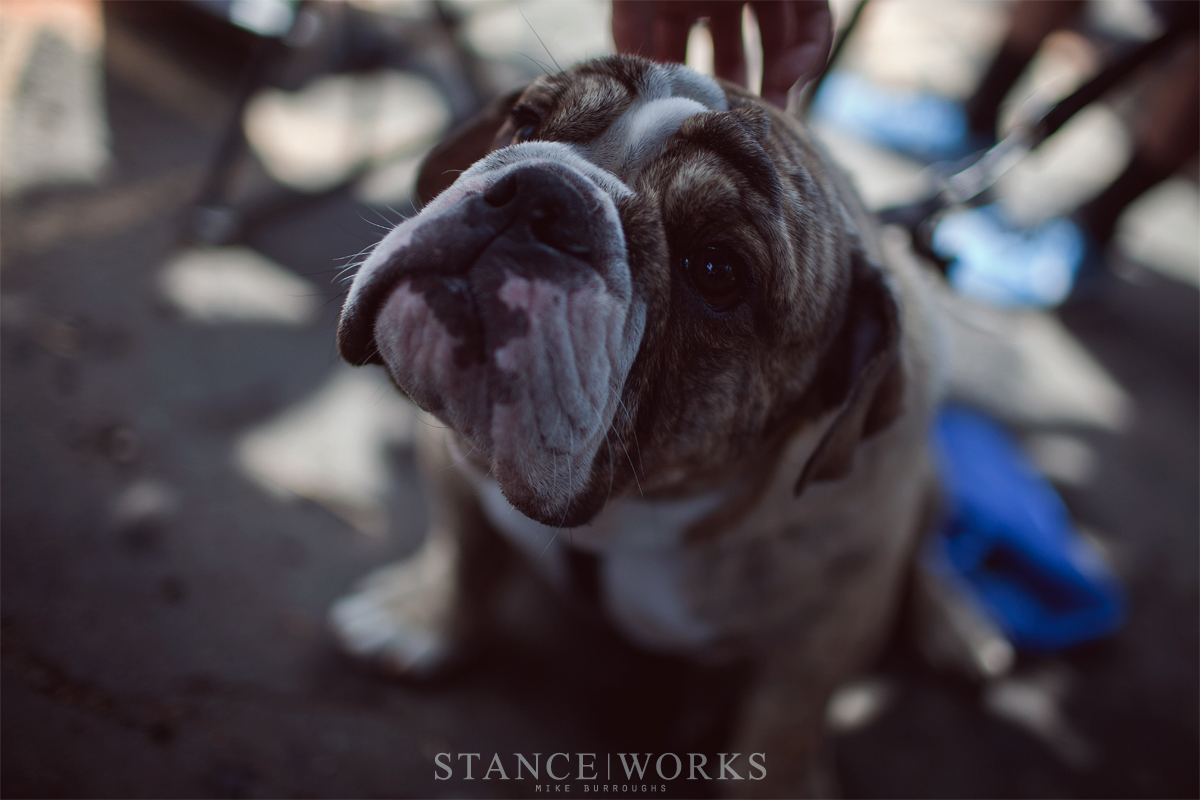 Todd Nakanishi brought his Scion xB, which he's upgraded with a set of VIP Modulars since we last featured his car. His styling is love-hate, but that's inarguably what makes his car so special. The loud paint, the unique styling, and the subtle nuances among the vibrance - Todd's car winds up stealing our attention each and every time. However, Todd's xB was only half of a pair -  contrary to the shaved, smoothed, and wild nature of Todd's xB is a gorgeous white example, perched on top of a beautiful set of TMBs. 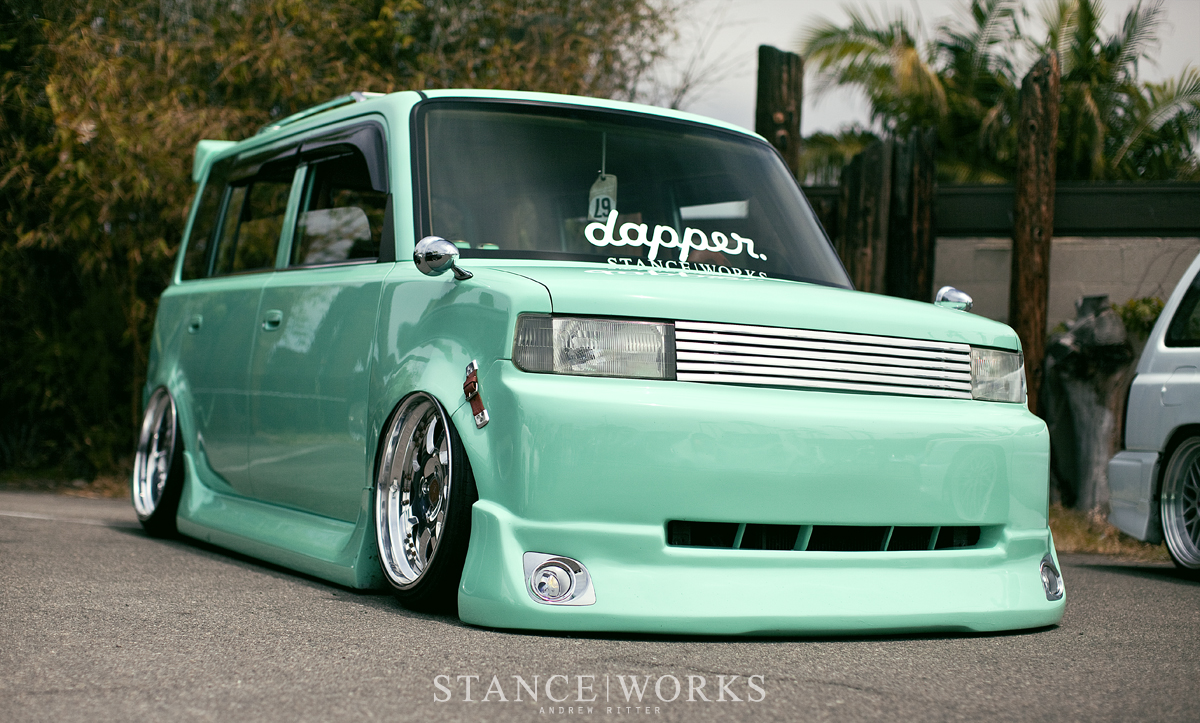 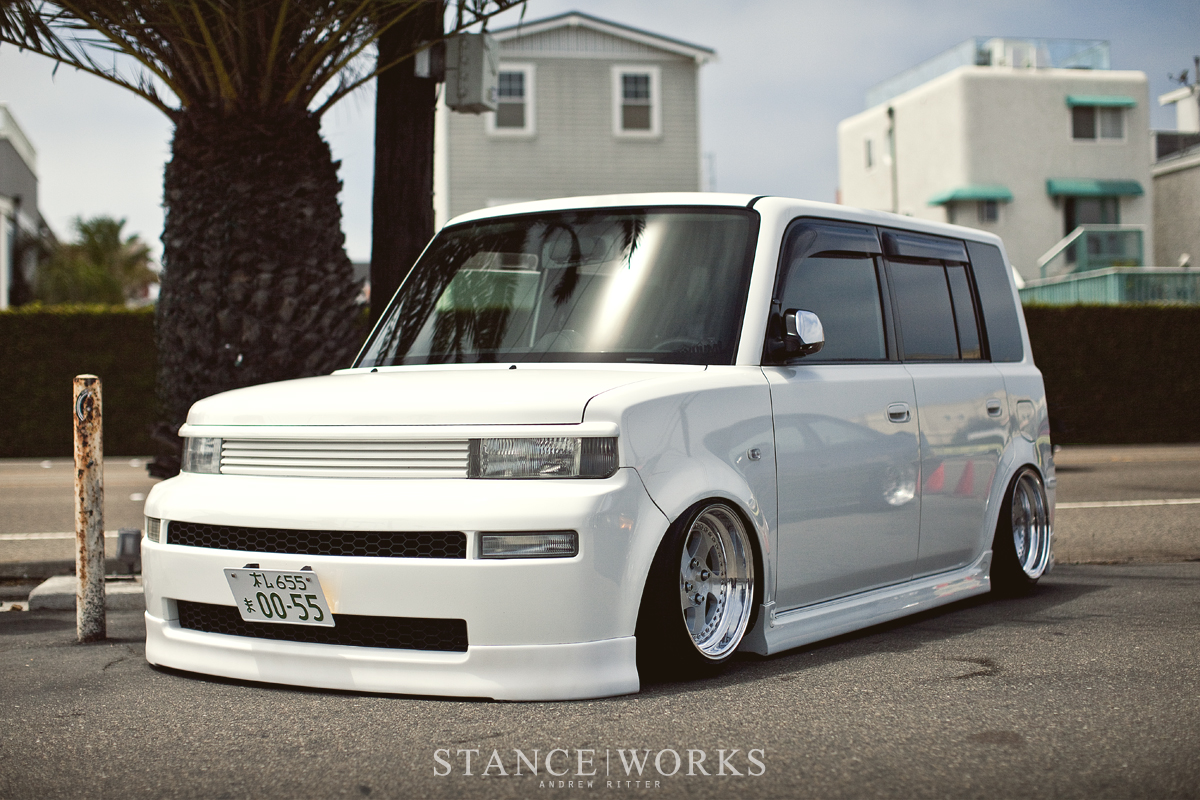 Also unveiled at the show is the all-new Rotiform SCR, an obviously Porsche-inspired wheel that has found its way on to Andy Reimann's Porsche 964. The SCR harks to the classic Porsche winter wheel, improving upon the design by refining the shapes and lines that comprise it, as well as transforming it into a 3-piece beauty. The result is a very OEM-plus styled wheel. We're eager to see this design make its way on to several vintage cars. Andy's Porsche was one of four that comprised the newly-founded 964 club that stole the show - and we're hoping to share more soon. 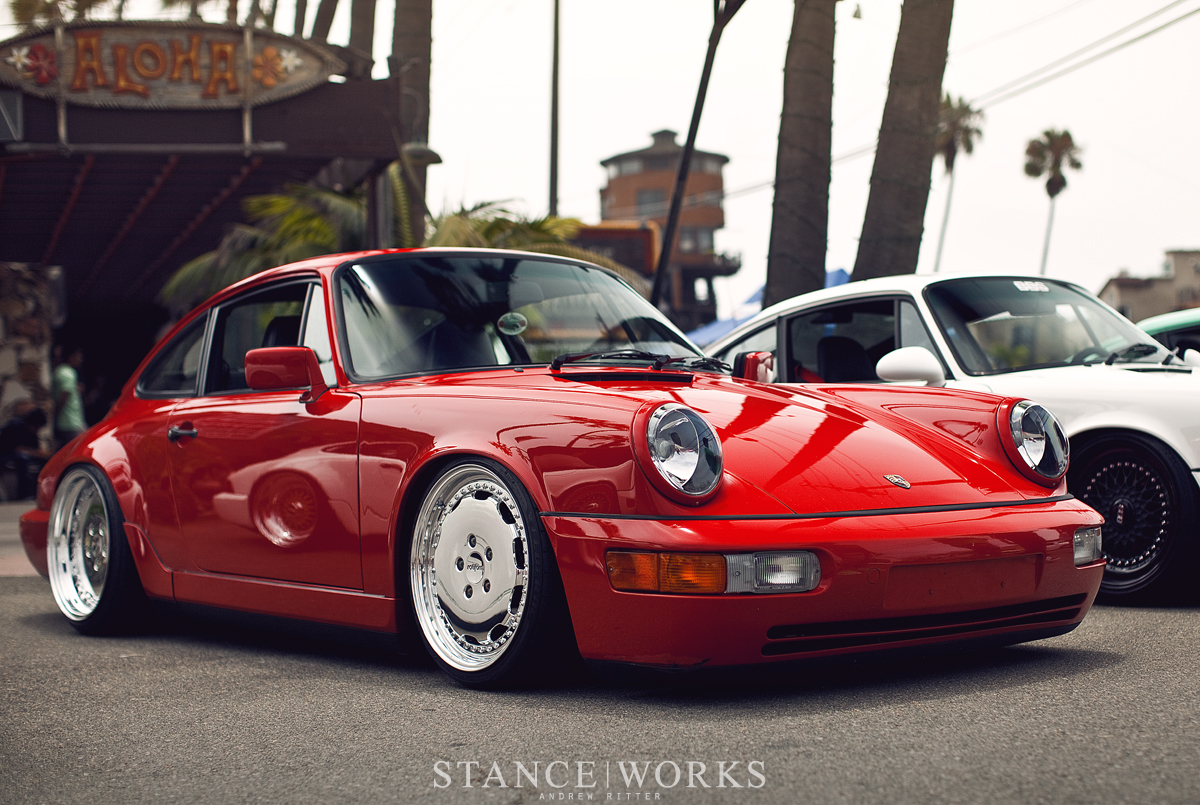 Overall, Played Out was a success, nailing the vibe of small beach-side Saturday morning show to a tee. The quality of cars, people, and the event itself stand above countless others. We're already eager for next year. 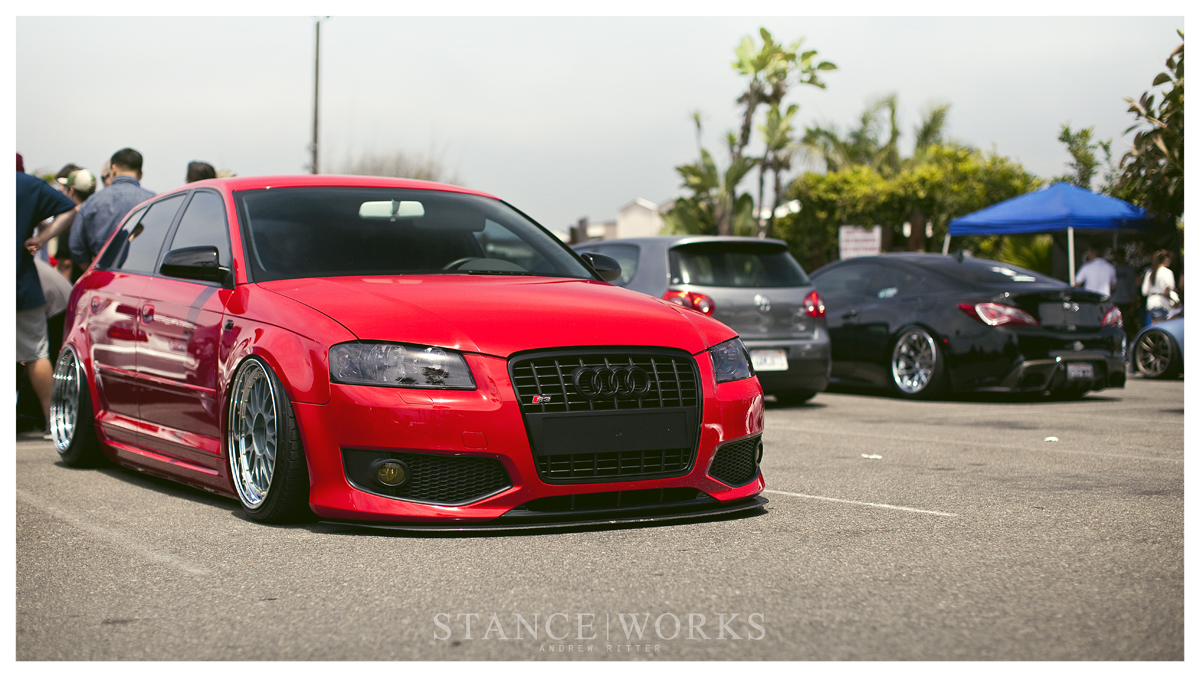