Back in the “glory days” of high school, there was the constant thought to myself: I couldn’t wait to make my escape from the cliques, drama, and the “cool kids” that seemed to fill the day-to-day and turn passing time into a daunting task. As we have all realized though, those things never ended at graduation; instead they followed us to college, work and even into our hobbies. In the car community, the drama has become infectious by way of the various forums that we are all a part of no matter if you are a Euro, JDM or Domestic enthusiast. 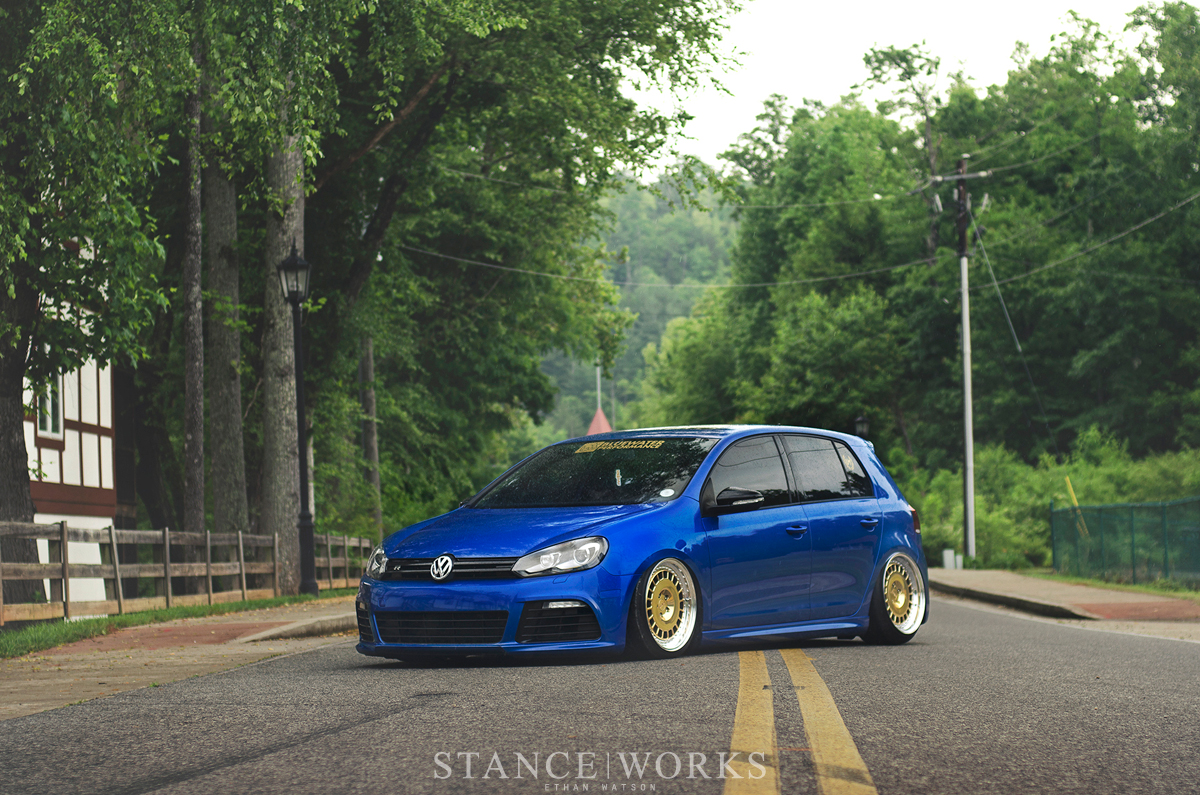 Scores of people are out there, slumped over their keyboards, just waiting for you to post so they can set you straight and tell you exactly how you need to build your car. If you don’t fall in line, a firestorm of childish comments will roll in. Even with the backlash though, some shrug it off and stay focused on the task at hand: creating a car that they can truly call their own. One that is built the way they want it, whether it is too dull or too excessive according to the opinionated internet on-lookers. These cars become an extension of their owners, contrary to many people allowing their cars and trends to define and shape their personalities. 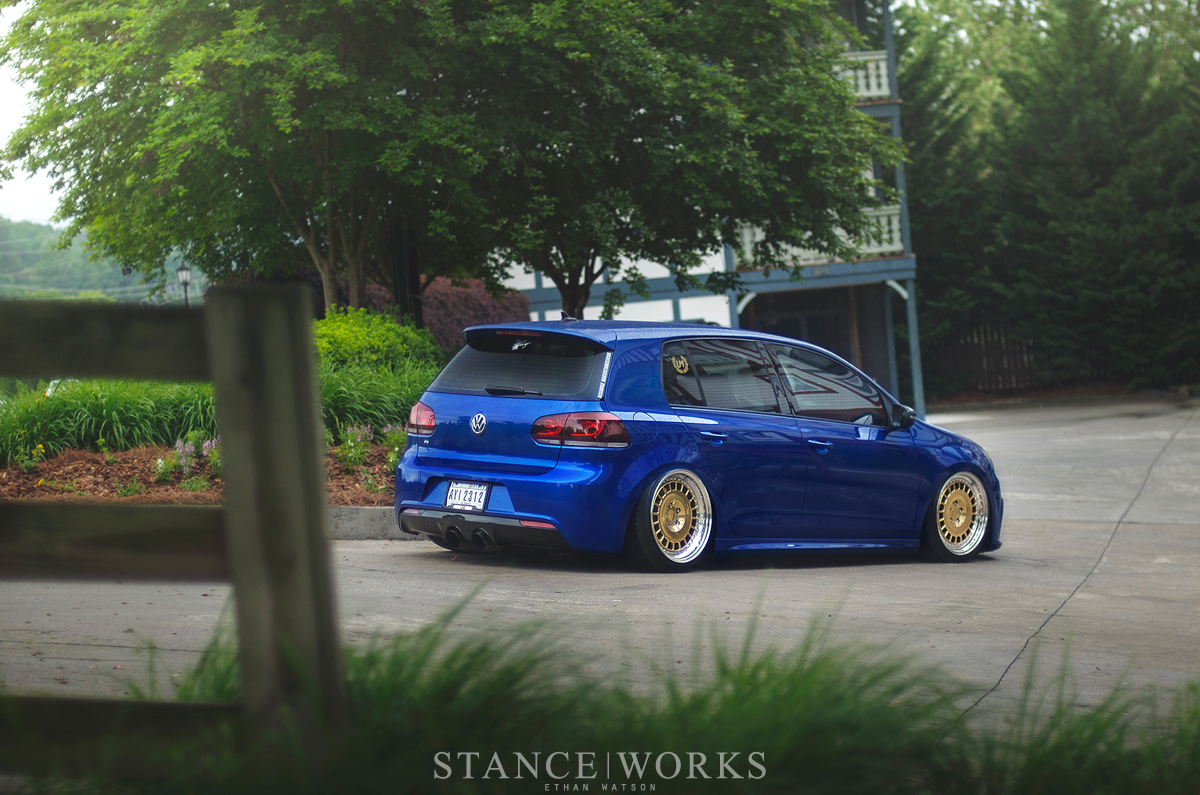 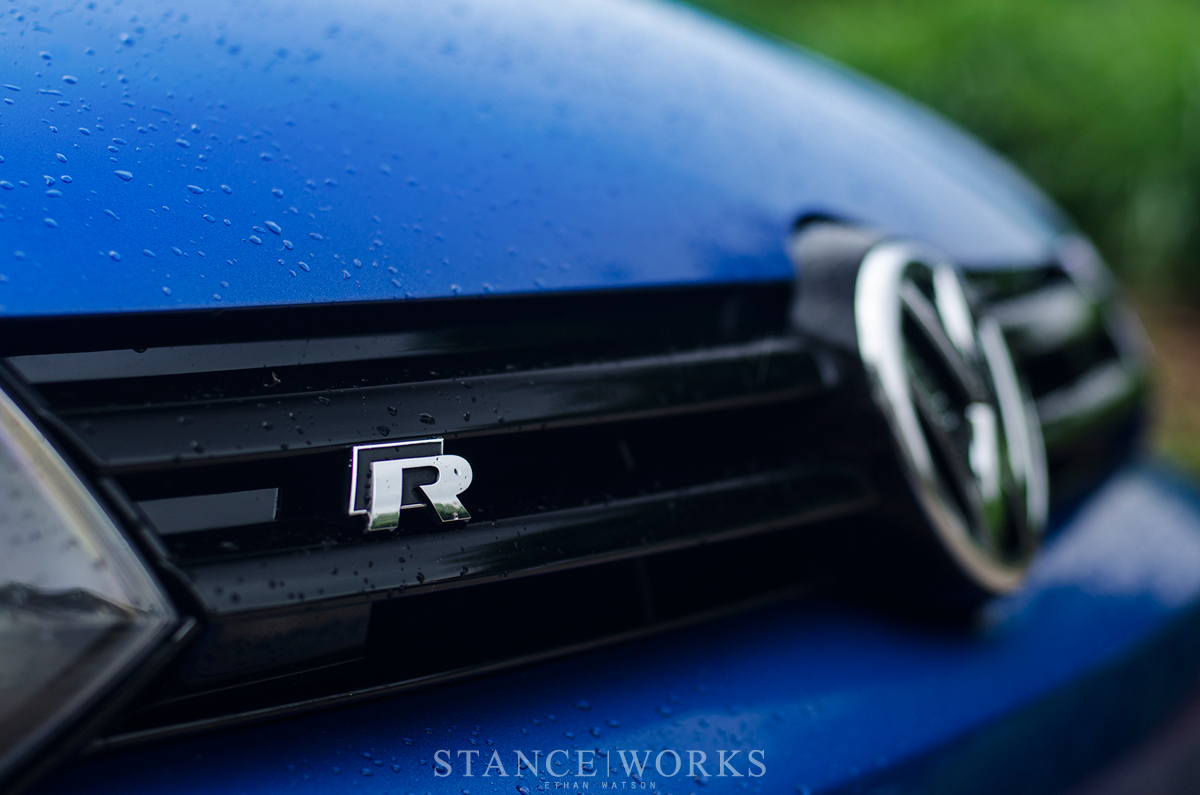 One of the greatest lightning rods in the community is modifying a performance-purposed chassis with mods that don't improve performance, or worse yet, harm it. For this reason, I love coming across cars like Luke Williams’ Volkswagen R, as it is a reminder that sometimes you can have your cake and eat it too. 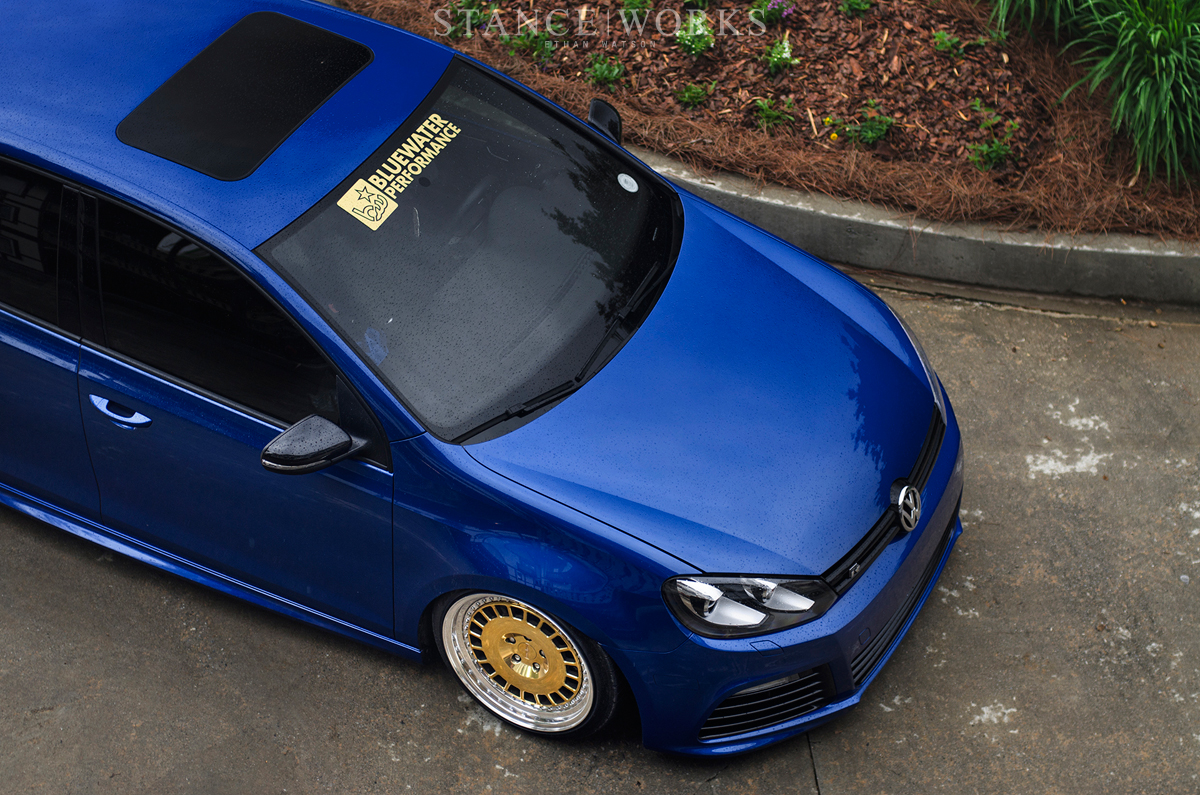 In 2009, the Volkswagen R was announced as the replacement to the ever-popular R32 predecessor, and quite fittingly, became the new focus of the anti-stance followers in the Volkswagen community. For Luke though, it would turn out to be the perfect fit, taking the lead over the Subaru STI and Mitsubishi Evo that he was considering at the time. The peppy turbo-charged 2.0 accompanied by an all-wheel-drive platform provided a some serious potential, while the more refined interior and four doors made for a daily-driver friendly chassis. 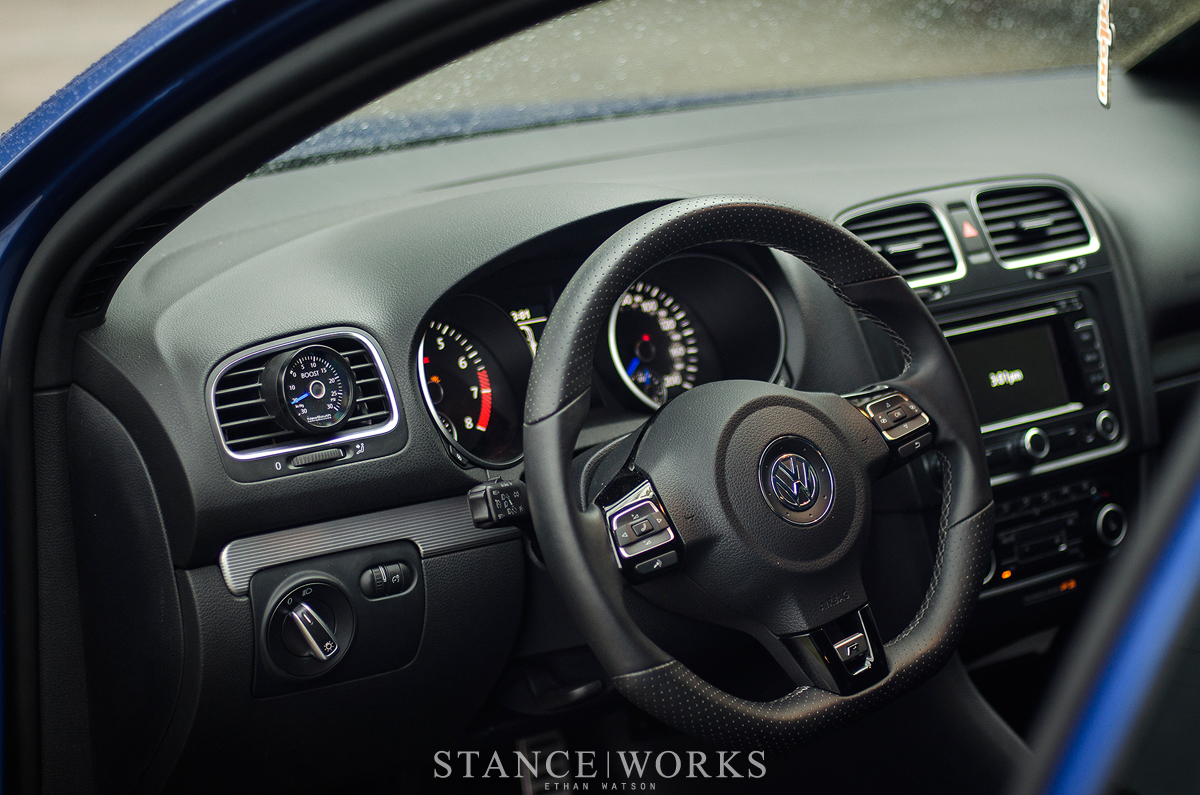 The original plan was to keep the car relatively stock but, as always, that quickly changed. After getting familiar with the R, he realized how wildly popular air suspension had become. However, before he pushed all his chips in, he wanted to make sure that it wouldn’t take the fun out of his peppy AWD hatch. After consulting with the guys at Air Lift, Luke realized that their setup would be perfect for his MK6. For some, bagging a brand-new R incites rage - unhappy campers smash their keys through their keyboards while typing out a dissertation on how the car is effectively ruined. Luke knew that a quality coilover would perform better, but when it came to comfort and convenience, the air-ride was unmatched, plus it would be able to perform well enough to have some fun if the occasion arose. 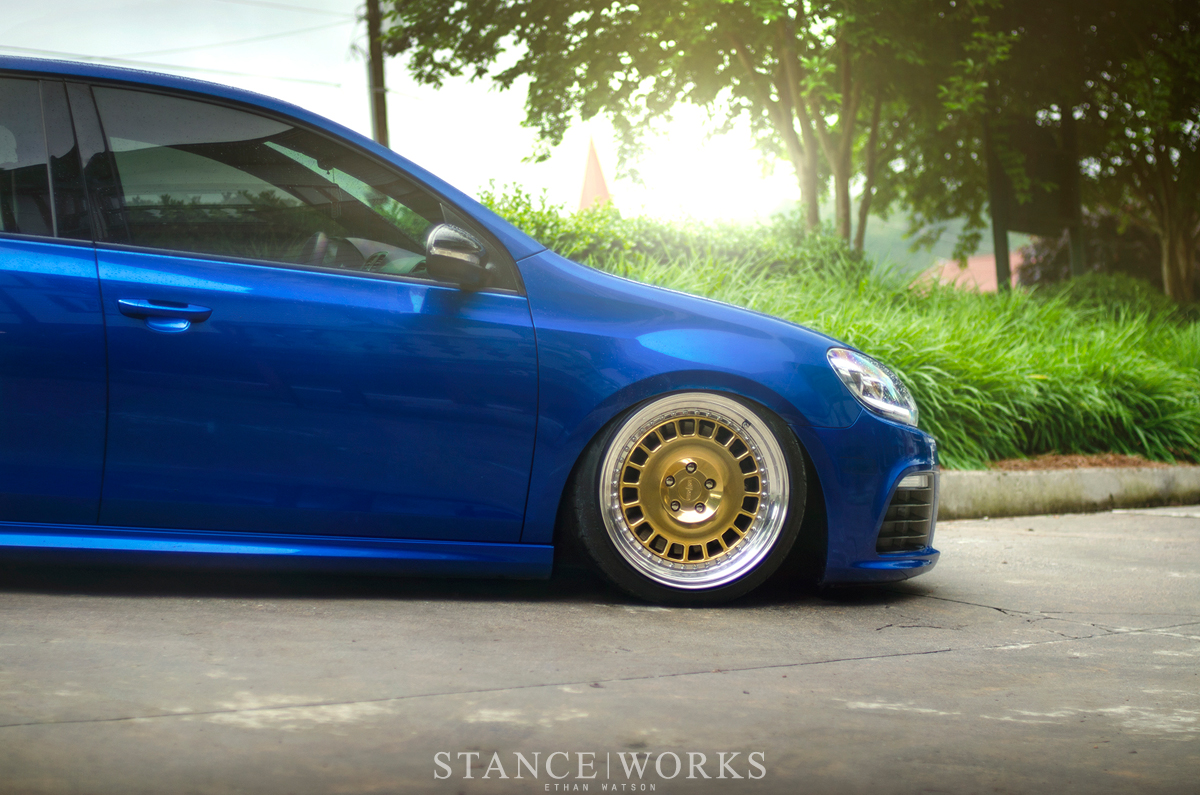 Luke turned to Gabe Adams of Bluewater Performance when he was seeking advice about his suspension build, which soon turned into how to get more power out of his R. After doing a few adjustments and bolt-ons, yet still feeling slow off the start, Luke knew that it was time to go all out. To handle the PTE 5130 turbo that Adams recommended, Luke had a motor built to handle the extra boost. Now what’s under the hood is a far cry from what Volkswagen originally sent over the pond to US showrooms. After a slew of upgrades on top of the built motor and bigger turbo, this R is pumping out 535 horsepower to the wheels with 491 foot pounds of torque. 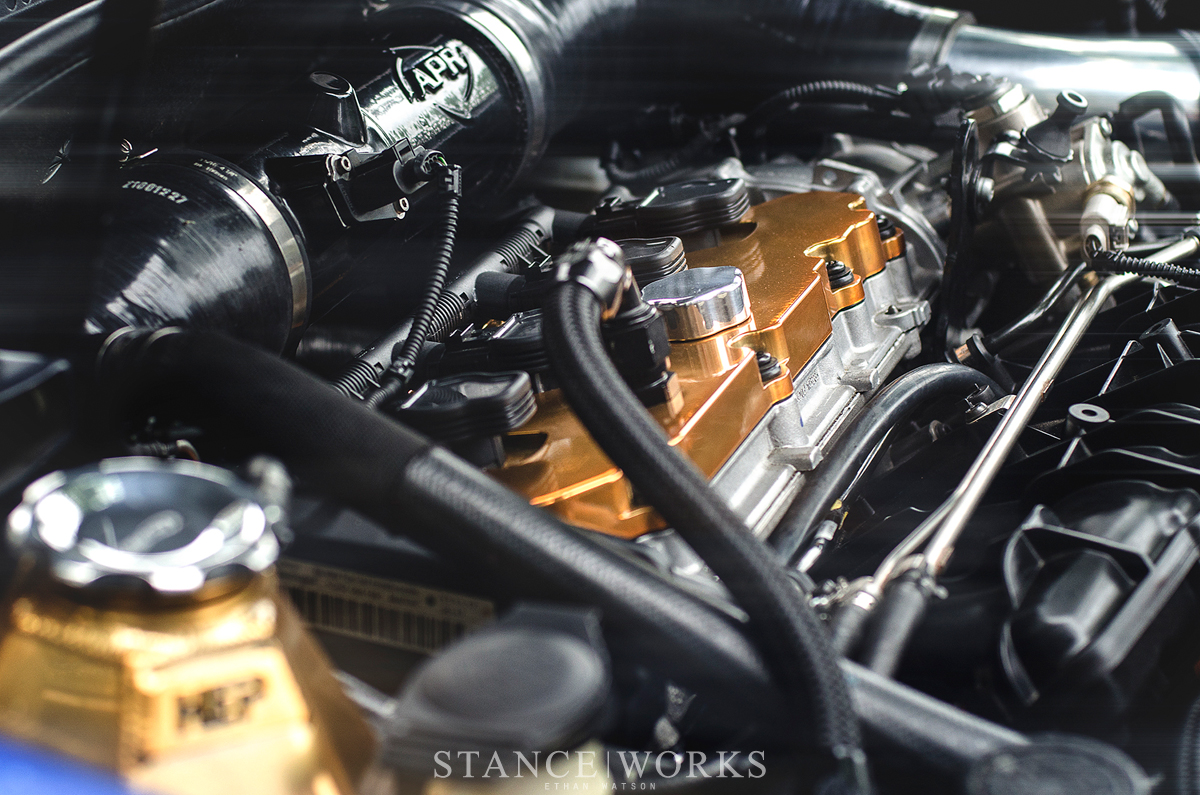 When it came to putting that power to the ground, Luke chose to go with Rotiform’s three-piece VCE Race wheels. To add to the eye-appeal of his R, Rotiform laid down candy gold paint for his centers with polished lips. Combined with the Air-Lift set up, Luke’s R rests beautifully, and when awoken, it’s a true beast with  power churning under the hood. And while many out there will still find a way to dislike Luke's car, it undoubtedly hits every mark. It's a machine that is as much at home in the car show parking lots as it is in the twisty back roads under a heavy foot - the best tasting cake of all. 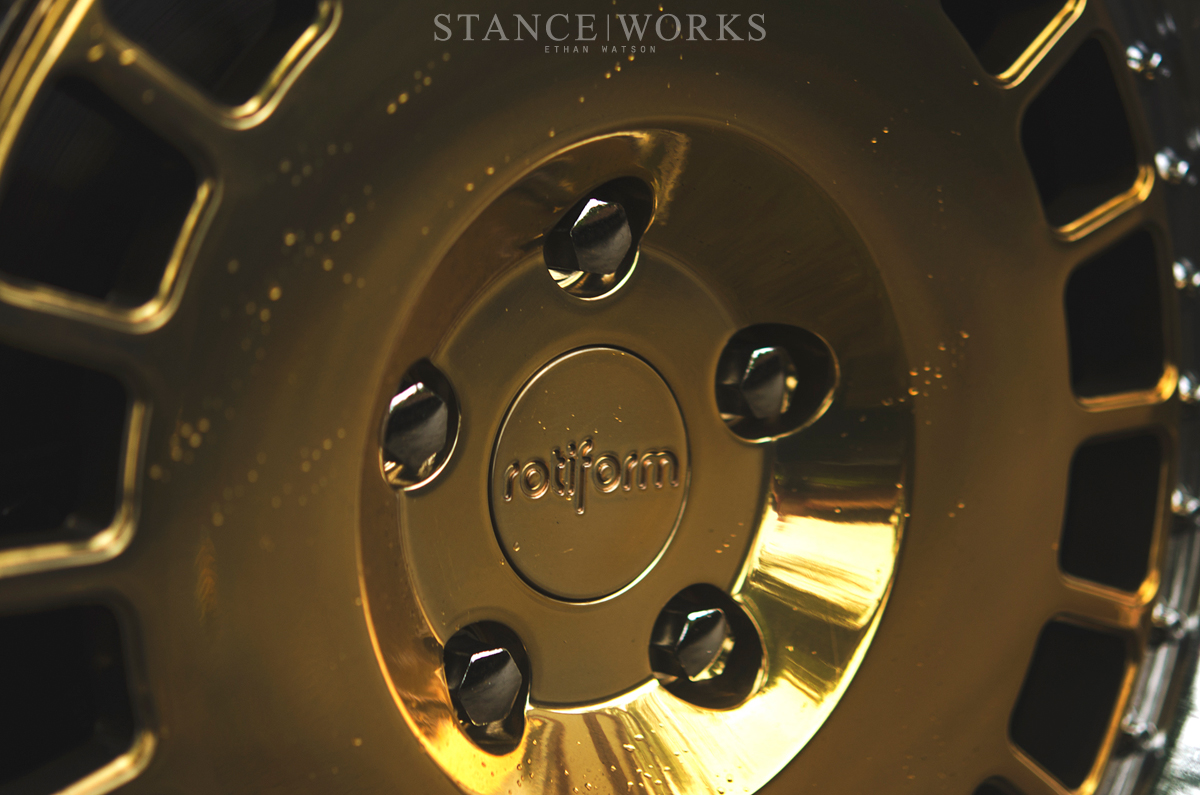 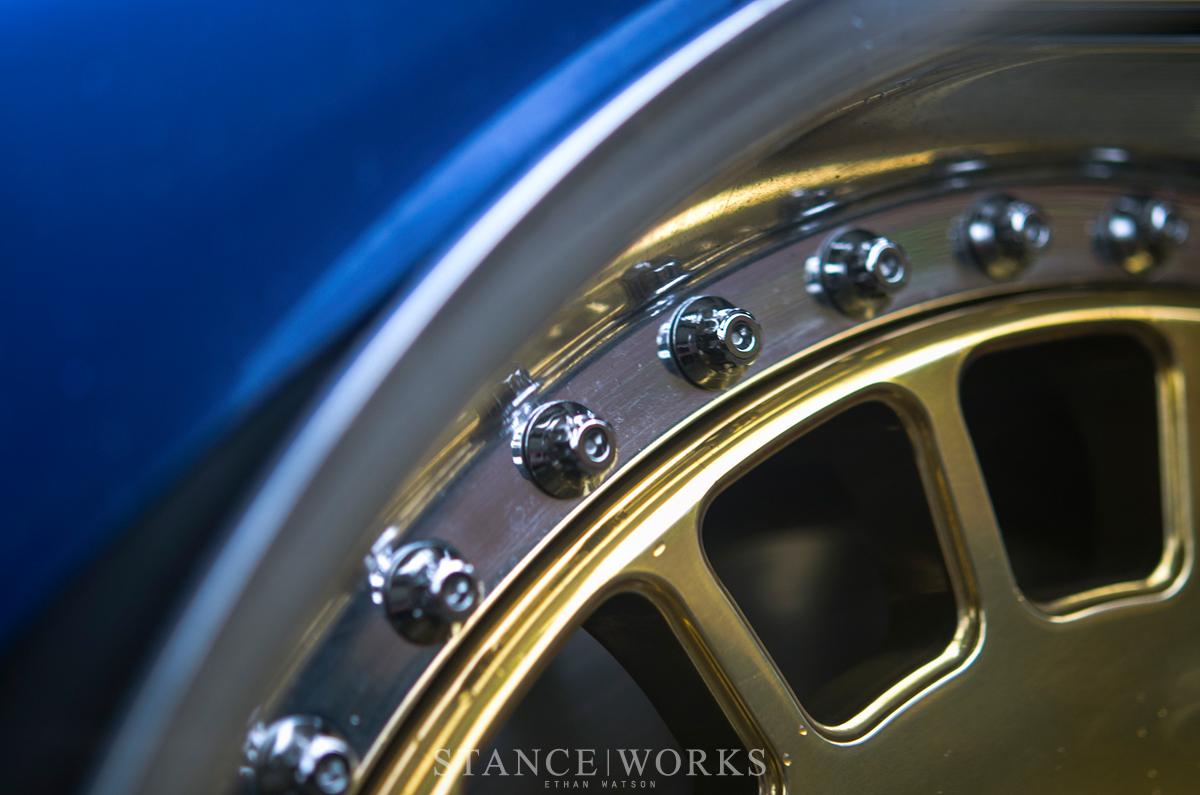 Luke would like to thank, “Gabe and Hollywood at Bluewater Performance, Jeff and the whole crew at United Motorsports, and Andrew Byrd for always having a faster, lower car than me.” 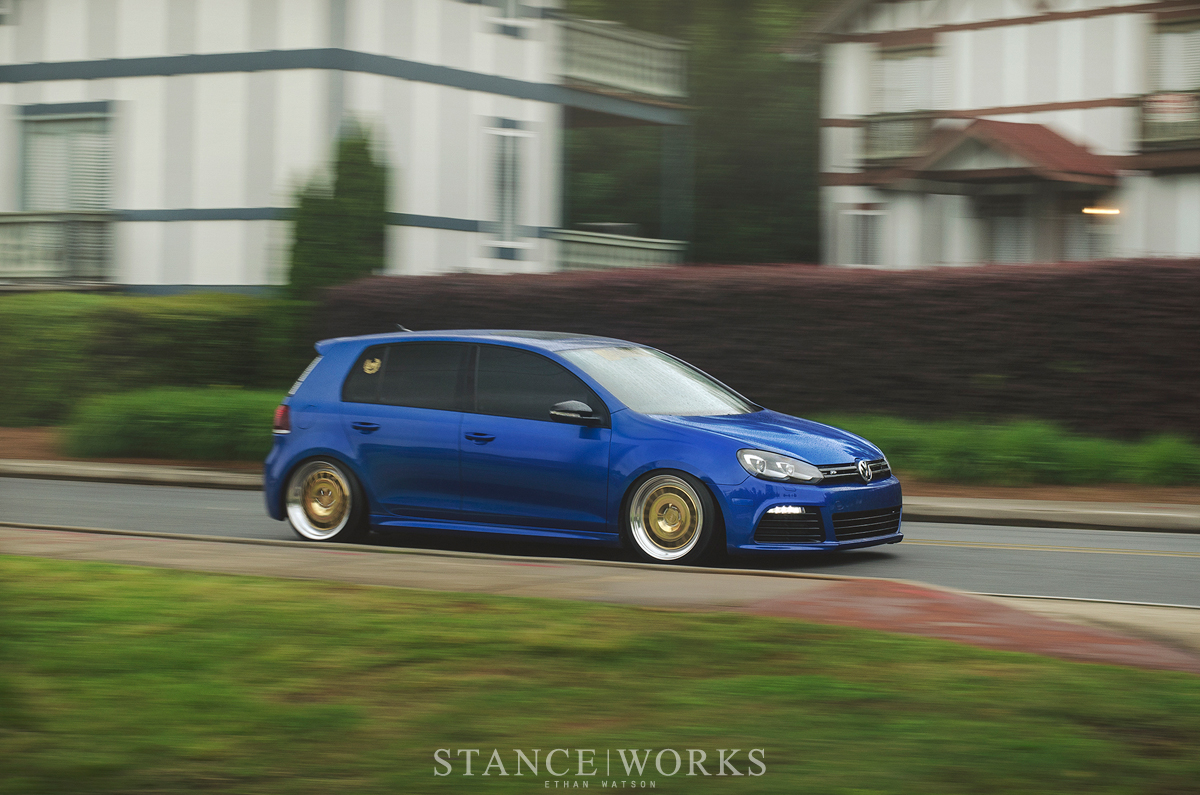