The current trend on modern chassis seems to be taking the stock, generic form that rolls off the assembly line, and crafting it to one’s specific taste. Changing bumpers, lights, and spoilers are usually the big alterations included in transforming the car to a completely new look; however, when you talk to a guy who is immersed in the Euros of yester-year, it’s all about small tweaks. When it comes to cars of the '70s and '80s eras, the Europeans, namely BMW and VW, came out with cars that, even decades after they filled glossy manufacturer brochures, have a devout following. 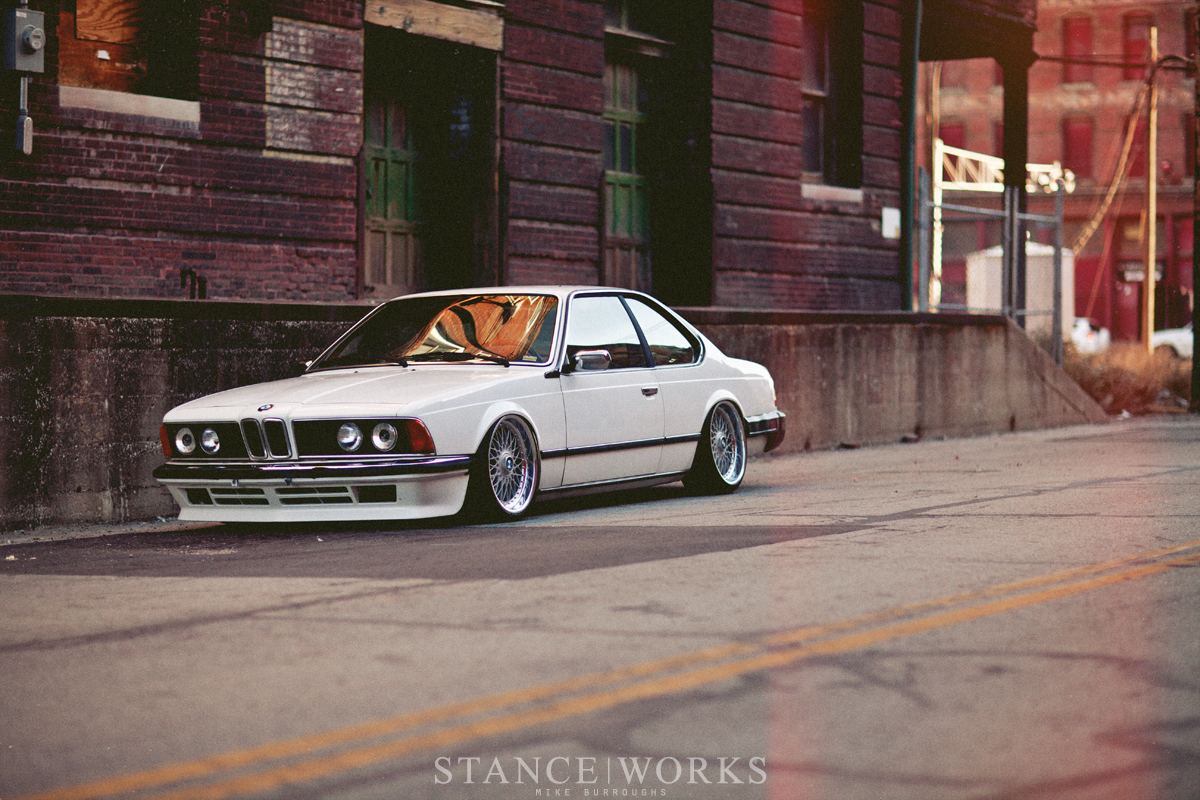 For many manufacturers, only a select few models of their entire range fit within the enthusiast following. On the other hand, with the cars mentioned above, every car offered seems to have some kind of cult following. One thing that has made these Euro chassis’ stand out is their classic designs that, no matter the decade, manage to still be crowd pleasers. 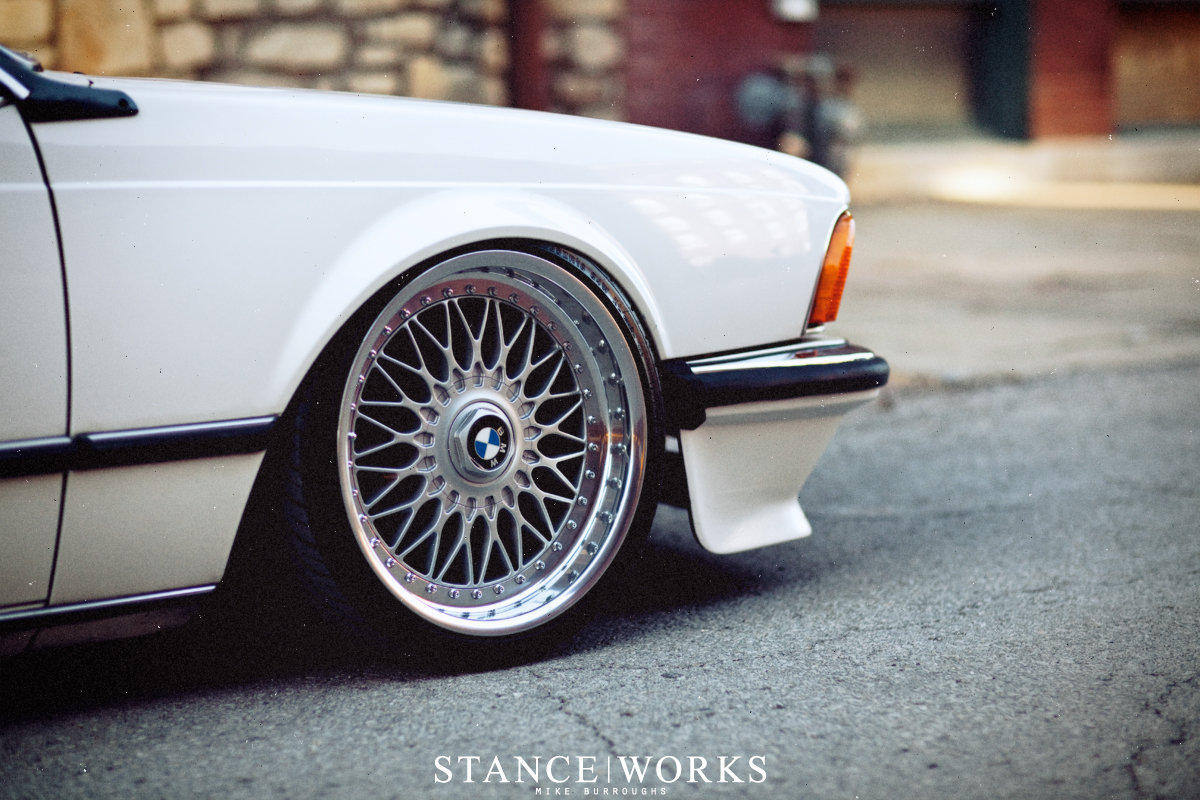 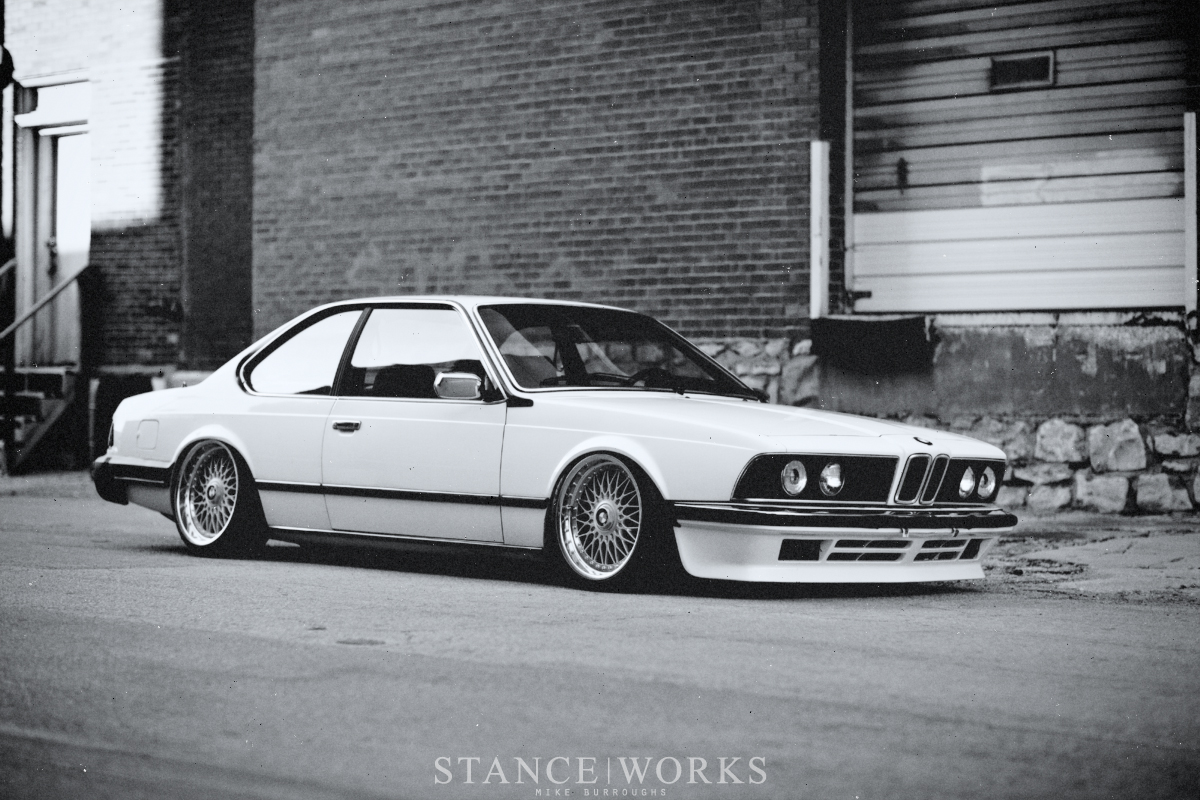 Jason Meredith's E24 BMW is a prime example of how striking and timeless a design can be. He’s kept his 6-Series very simple but very clean, which has been the game plan from the start. I was lucky enough to get the chance to see Jason’s car in person recently and it left me thinking “maybe I need to get an E24”. It was laid out, sitting in a regular parking lot, and yet every person there had to make a lap around the car studying every inch. Sure a newer car may have a laundry list of mods, but car manufacturers have begun to play it safe with their design, making bold cars like Jason’s stand out even more. 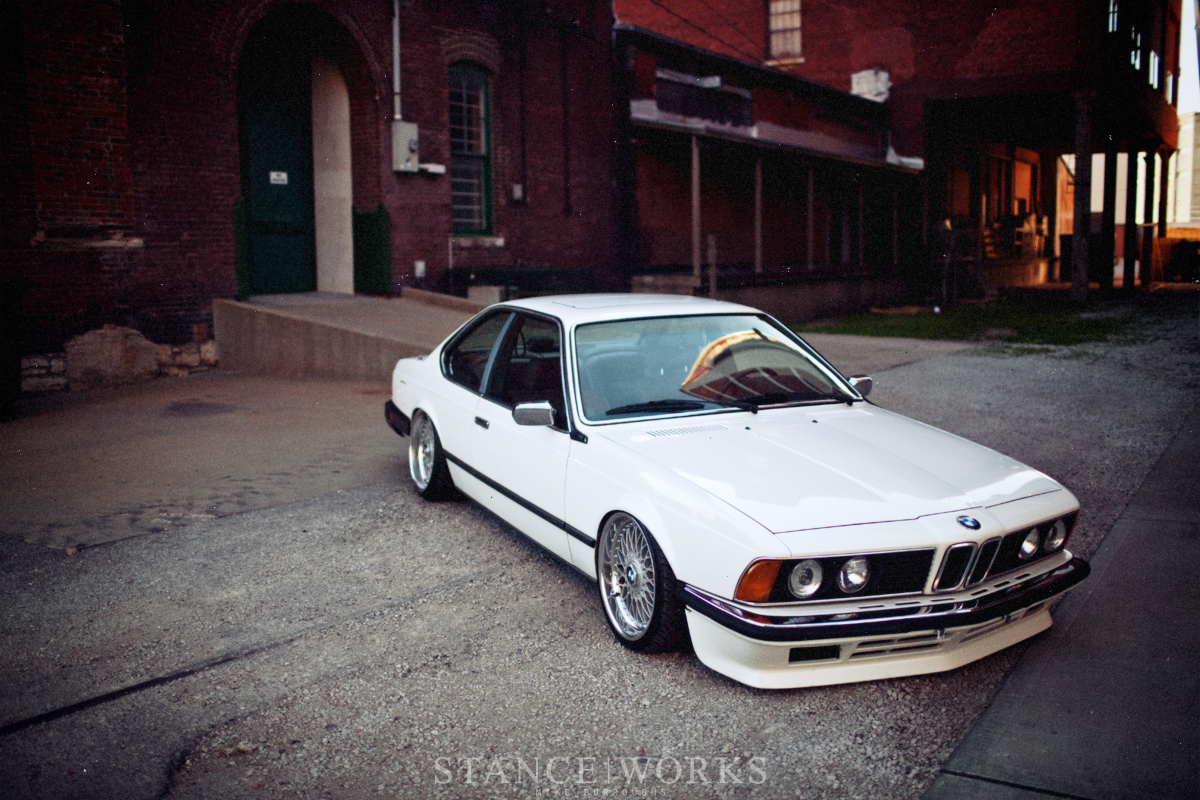 This BMW swam into Jason’s life by pure chance. He first saw it on his drive during work just sitting at a house. It was in its virgin condition and after two months of passing by it every day decided to leave a note on it asking if the owner would sell it. To his surprise, Jason soon received a call, and after some bargaining, he was the owner of an all-original California car, which us Midwest guys love seeing. Rust is obviously a concern due to our harsh winters. 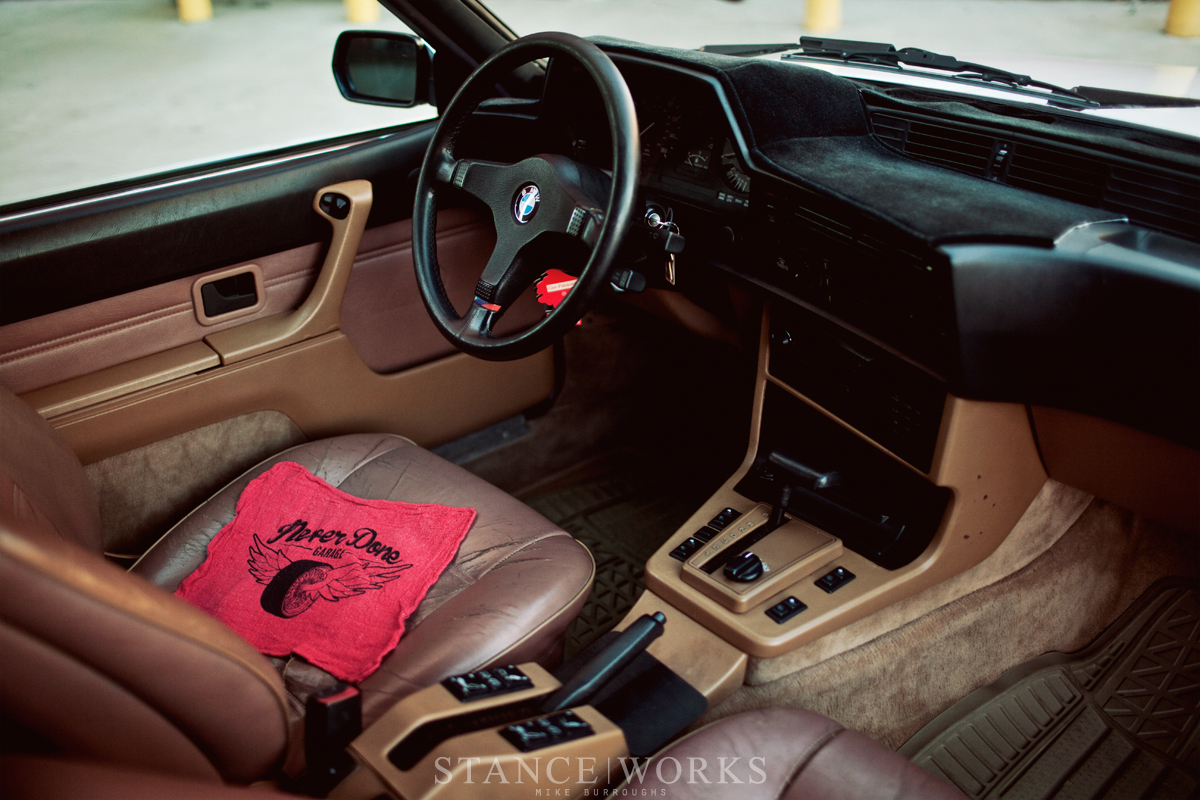 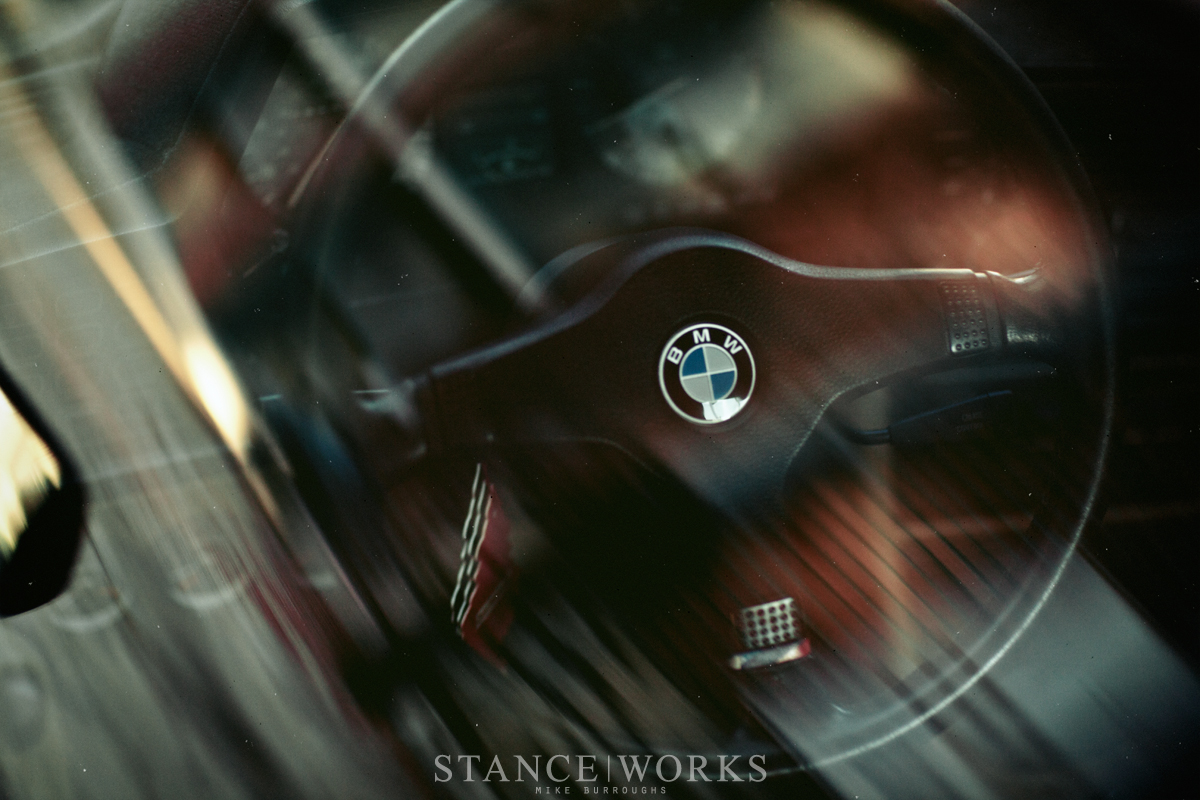 Jason sold his 500+WHP Pontiac GTO to justify his purchase, and in a move that many might find asinine, Jason is more than content. It was little time before Jason started tinkering with the 6, and before long, the car was "sitting pretty." Quite the change from his last car, Jason loves the simplicity, drivability, and comfort of his E24; but he's definitely not new to the world of BMWs. 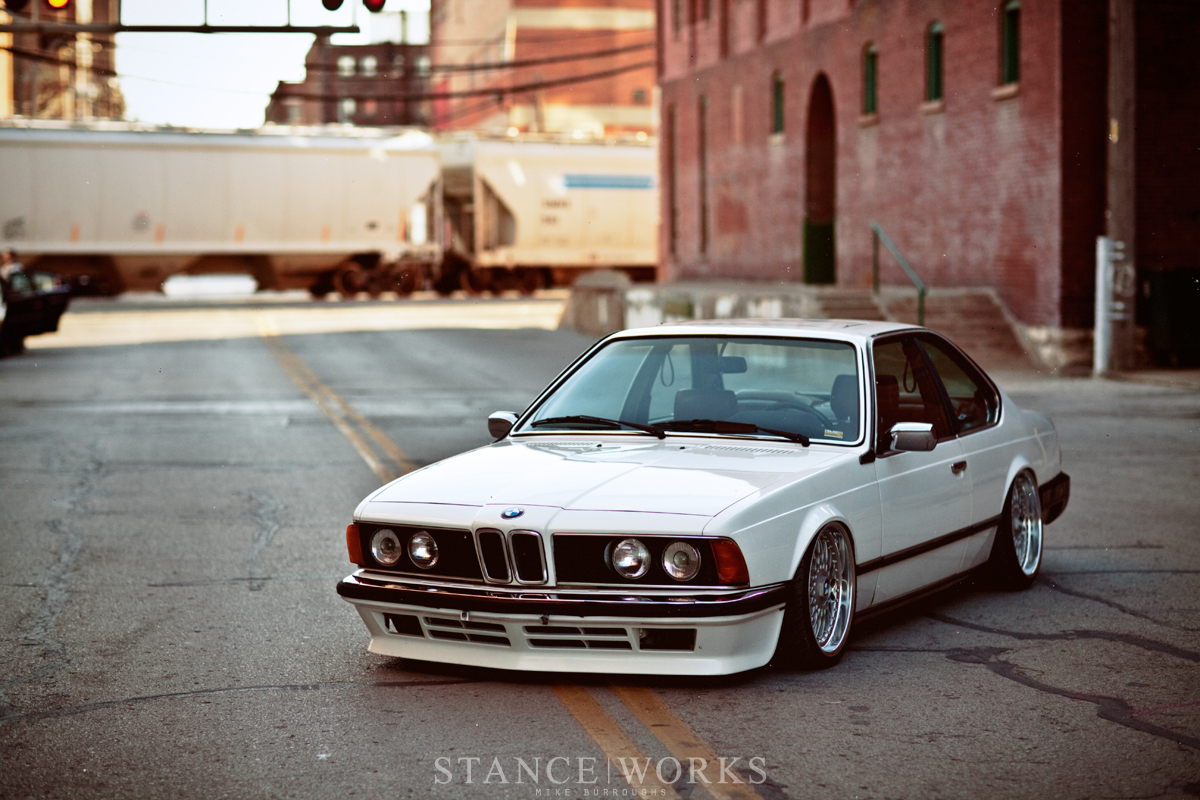 I’ve known Jason for a while, back when I first got into BMW’s and he, at the time, had an E30 that was built in the direction I wanted to take mine. He answered my multitude of questions with no hesitation and Jason is still the same way today. When he started on his E24 he instantly knew that it had to be on air. This would be quite the challenge, as at the time there wasn’t another documented air set up for an E24 out there to use as a baseline. Jason and his friend Damian slowly built a full set up, going to Bag Riders for parts for the E24. After lots of careful and precise measuring, the two finally got the car sitting the way Jason envisioned, and since then, Jason has been more than willing to help others trying to tackle similar air setups. 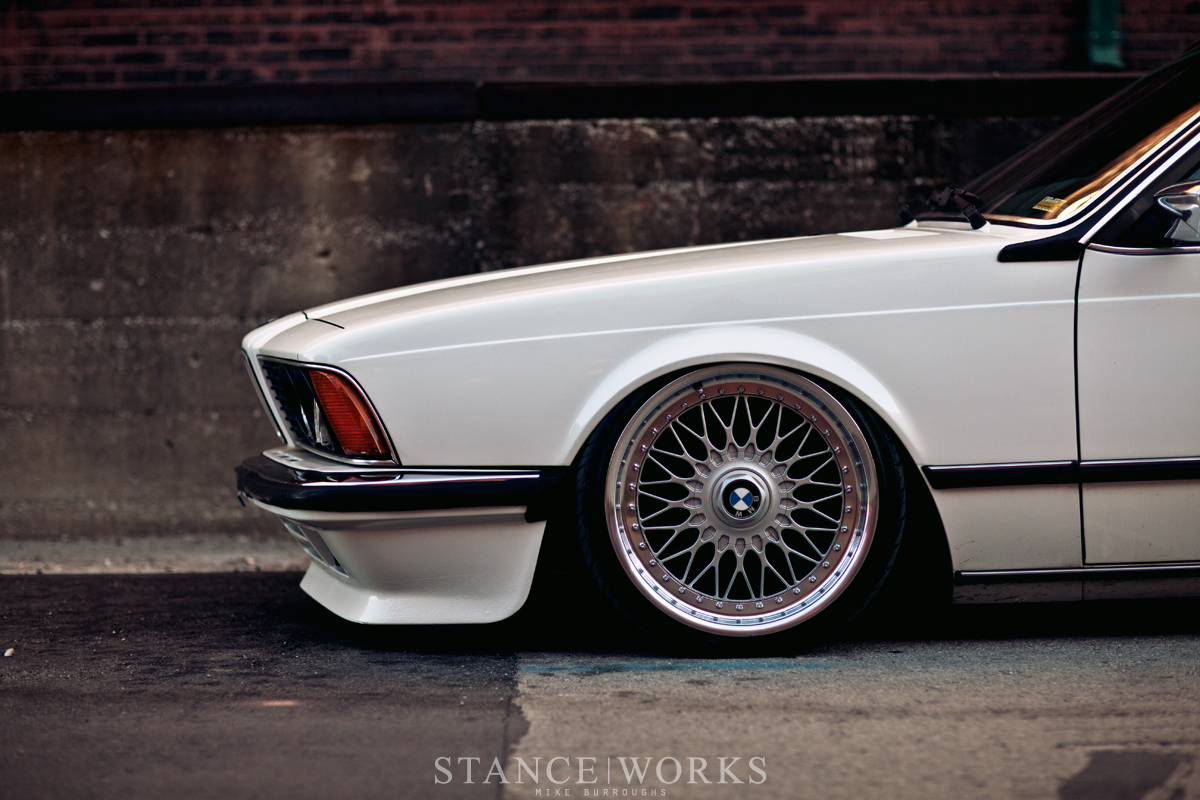 After getting his air suspension adjusted to his liking, it was time to get some new shoes. Jason decided on a set of staggered and stunning 18” Style 5’s with polished lips and chrome hardware. The combination of OEM wheel and classic car is beyond impressive, and Jason couldn’t be happier with the outcome so far. And of course he's quite thankful of Damian's help as well. 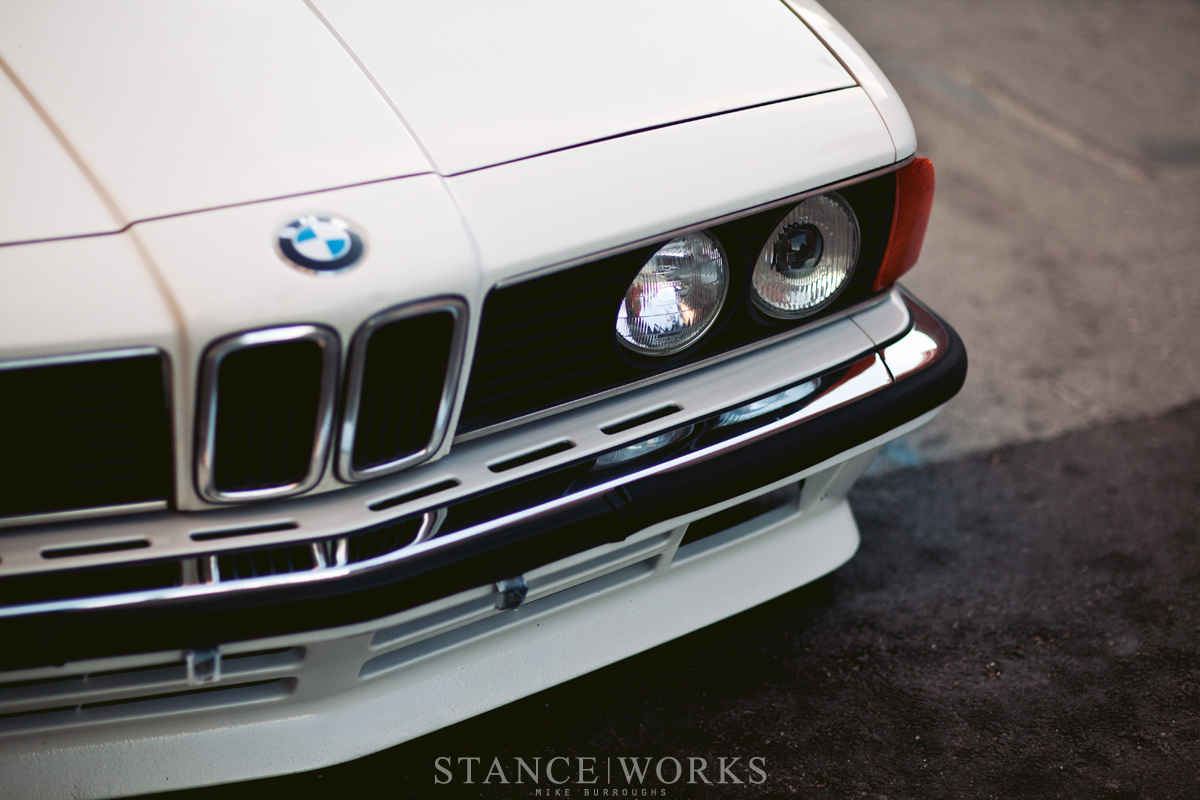 Jason still has a lot of plans for his “Shark,” but none will alter the overall look that BMW originally created, keeping with his clean and simple scheme. Fads come and go, but builds that feature a classic look like Jason’s are timeless, just like the roundel it proudly wears. 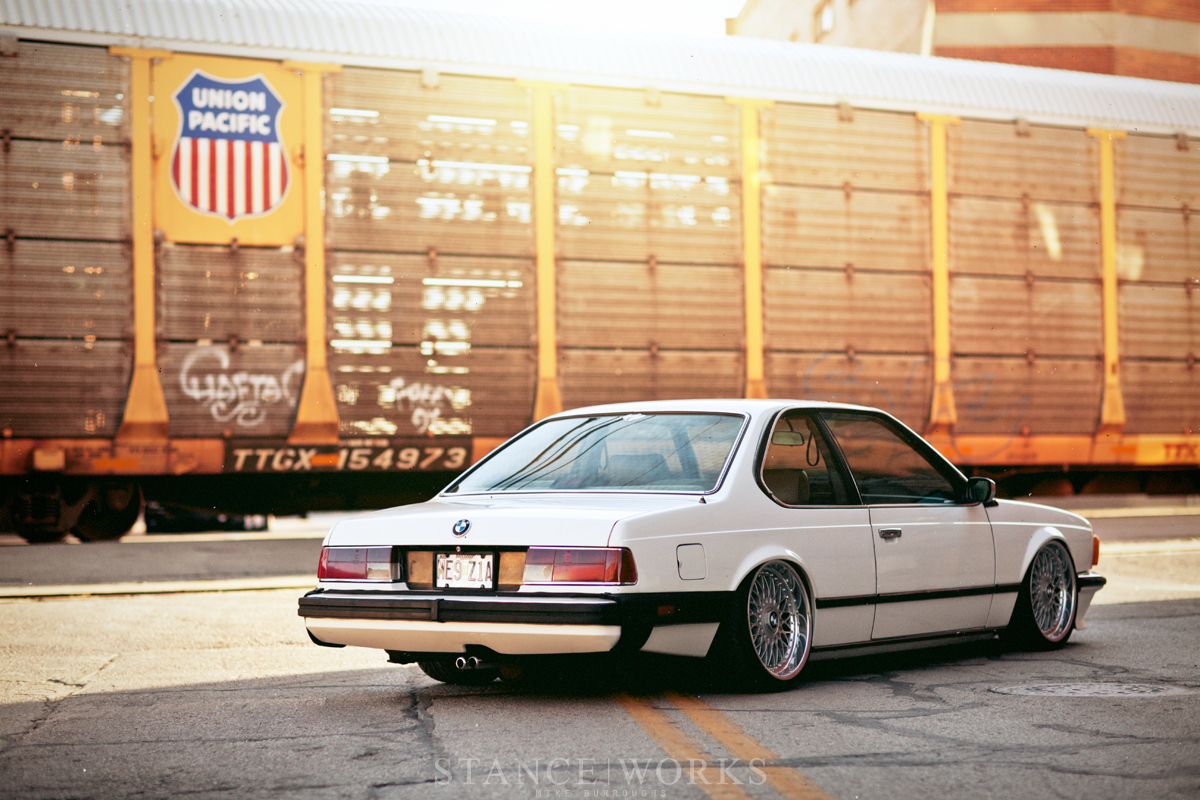