Doing It Yourself: Rodney Nichols’s 1986 Prelude

Doing It Yourself: Rodney Nichols’s 1986 Prelude

Over the past year and a half, Rodney Nichols has become one of my closest friends. Like many, I met him thanks to Mr. Slammington and this very site. It wasn't long after I met him that he opened the door of his garage to show me his 1986 Honda Prelude. At the time, it was in several pieces, and he was looking for some advice on how to modify his front suspension. I never expected this car to become what is without question one of my personal favorites; one of the "best" Japanese cars I've ever seen. 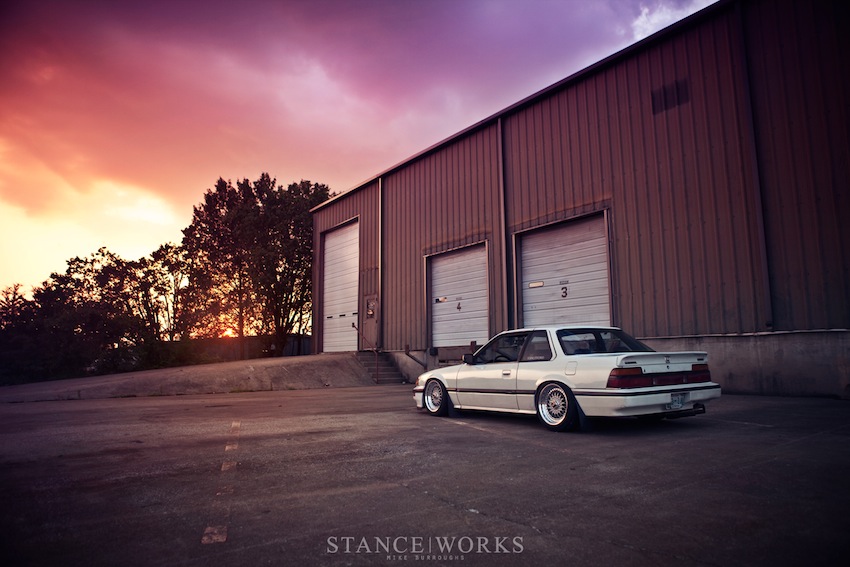 Alright, so what on earth makes this little car trump Silvias, Skylines, Supras, and other silly cars that begin with S? That's a fair question. I should probably preface this all with the fact that I don't inherently like Japanese cars. I should also preface that with saying that if you didn't know that, you're a bit behind. Anyway, continuing on... 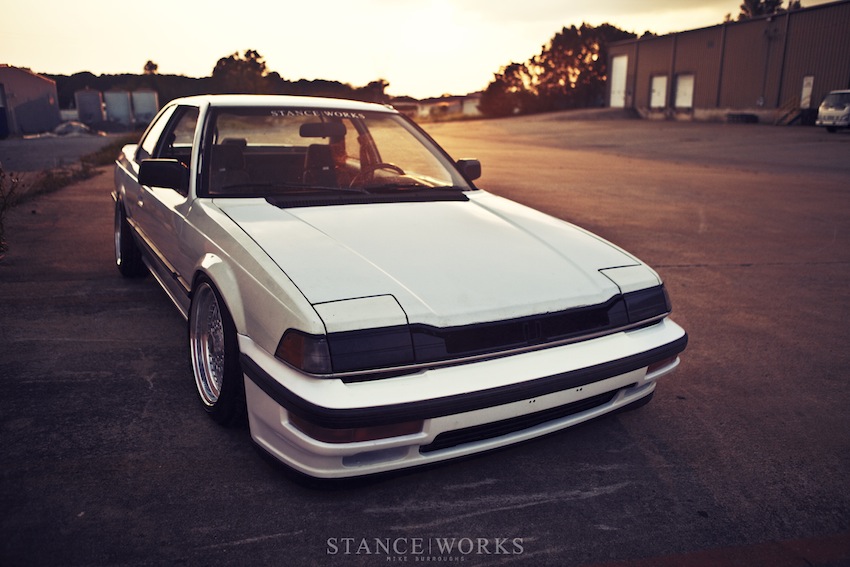 First things first: I've never seen anyone touch one of these cars, and to be frank, I'm not sure why. It's got lines to die for. It's small, sporty, edgy, and just plain cool. It defines '80s Japan for me. But there's a lot more to Rodney's Prelude than that. It's a bit special in my eyes. You see, Rodney has had this car torn apart for going on two years now after suffering a front end collision with a guard rail. It's not done yet, but projects never are, and that's part of the beauty. 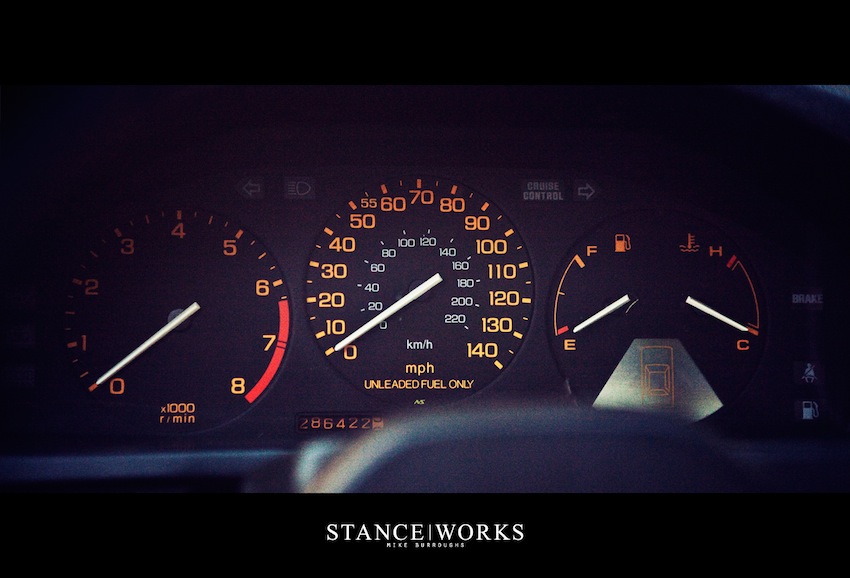 Rodney has owned this car for the better half of a decade, stacking most of the 286,422 miles on it himself. He's bonded with the car and knows it inside and out. After the collision, he took on the project of getting her roadworthy once again, and he did it entirely by himself. He rebuilt the engine in his garage over the course of months, chipping away at it between his day job and his social life. He tucked every bit of the absurd 1980s vacuum system into the fenders, re-wired the car, and tidied the engine bay to his liking, only after repainting it the garage with a friend. He slowly sourced body panels, none of which were close in color to the orignal off white. He butchered the suspension, entering the realm of "oh no, that can't be done" we're all so familiar with from our respective "purist" communities.

He went lower and wider than the 2nd-gen Prelude community said he could, with no previously pioneered cars to help him find the way. Countless evenings were spent with us scratching our heads in the dimly-lit garage, tossing ideas around on which part to cut off and which spots to shave down. 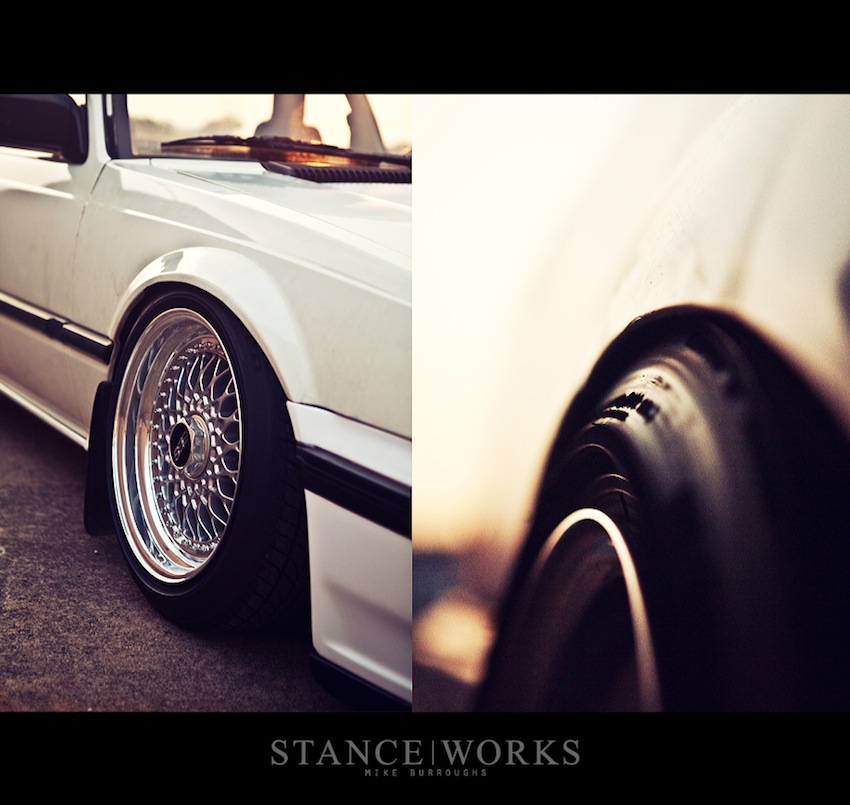 After solving his suspension, Rodney found a set of 16x7 RSs for sale and snatched 'em up, only to tear them apart, redrill them, paint them, and source new lips from Rotiform. While his car is far from finished, it says so much for me. I have to admit: I do not like Hondas nor do I like the scene. Now I know that's going to cause some flak; I already know that's unfair of me to say, but let's keep going. There's just something about most of them that gets under my skin. But Rodney's car broke that mold for me in a way. It's not the first Honda I've liked, but its the first I've fallen in love with. It's the first to make me question BMW ownership, if only for a split second. 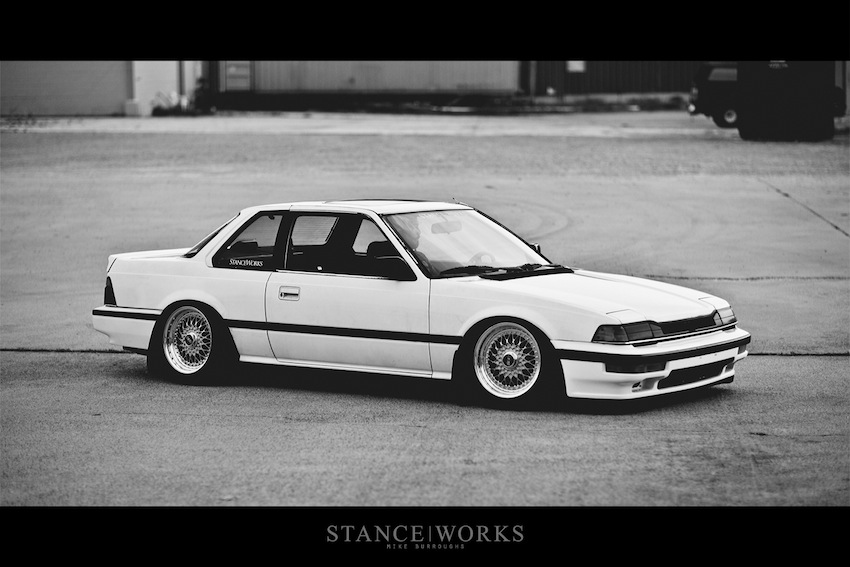 It is almost entirely because Rodney built this little car for himself. He took a car with a non-existent aftermarket and a total lack of following; a car deemed "uncool" by his "family members" that choose Civics and Integras instead. He never asked anyone else how he should modify his car and never bit into the trends that run amok in the Honda world. There is no question that there are certainly clean builds in line with Rodney's taste, but his is "special". 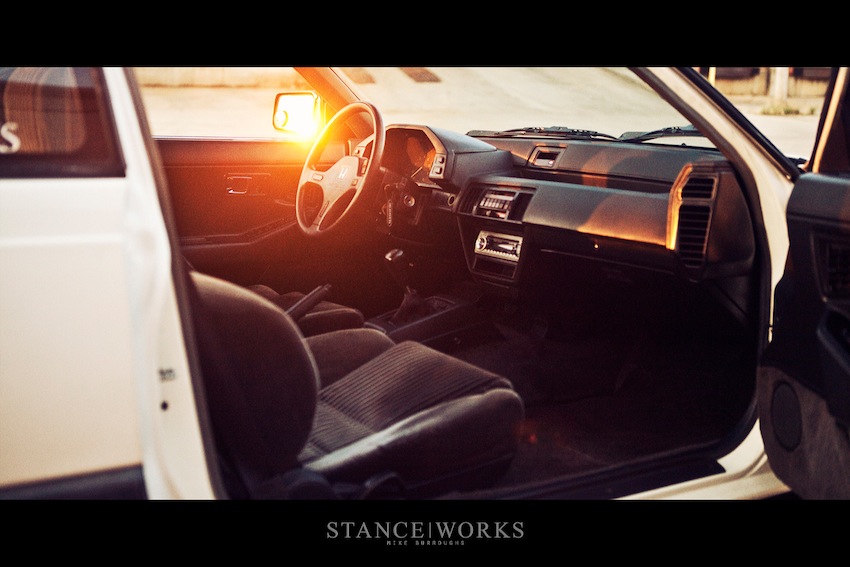 It was never built to appeal to anyone's taste, and it was never rushed. Rodney's time spent on his car was more than an attempt to produce a car for the sake of notoriety. It's far from completed, and perhaps the slightly mismatched panels and unfinished nature add some charm to it. Whatever the case, Rodney is out there doing it and he's doing it well. I say well because to him, it doesn't matter what you or I think of it. Rodney is happy with his car and that's enough for him. 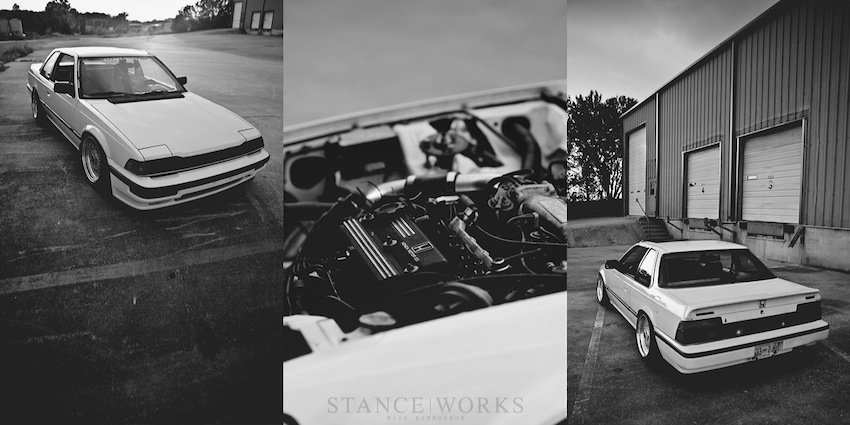 The car's first time to hit the streets since the wreck was this past weekend, and such an occasion is worth celebrating. I am sharing this car with everyone in hopes that it pushes you to build the car you want, not the car the internet wants. No one ever asked for big budgets and fancy cars. It's all about working with what you've got and putting heart and thought into it. I'm sure there's a crowd of kids who would previously say that modding a 2nd-gen prelude was silly, and I think it's time to think again. Hard work pays off, and if there was ever a reason for it, it's for yourself, not for anyone else.