To say there's a gap between our generation of "car guys" and the last is an understatement. There's an unquantifiable list of reasons why that gap exists, far more than just "age". There really aren't many guys above 25-30 who find themselves dropping their cars as far as possible and stretching their tires to fit wheels that our fathers would tell us simply "don't fit". 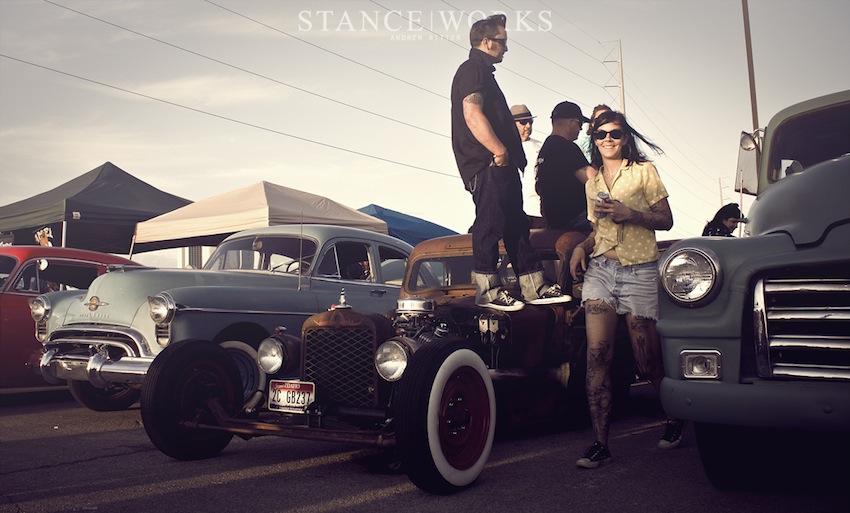 This past weekend, the StanceWorks crew went to Viva, a once-a-year rockabilly event held in Las Vegas, Nevada. To call it a car show is almost an insult. Frankly, I've never seen such enthusiasm, affinity, devotion, and heart in one place. This was about a lot more than just showing off cars. This was what these people lived for. 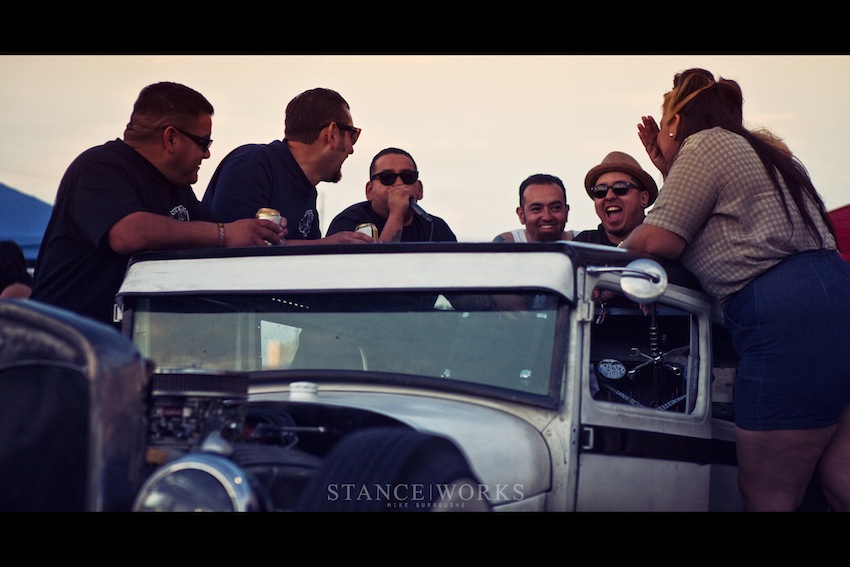 There were a lot of things about Viva that made it a total departure from every other car show I've been to. It wasn't a competition to see who had the best this-and-thats. It wasn't a competition to see who could out-do everyone else... and there wasn't a single car that even closely resembled another. Viva was all about creativity. It was all about guys and gals working the blood of their knuckles into the steel and iron that make up these machines, and not giving a damn about anyone else in the process.

As I walked around Viva, one of my favorite aspects of the entire event was the presence of car clubs from across the west side of the country. Blood is thicker than water... but so is oil, and Viva made it obvious. Camaraderie was taken to a whole new level. I can't count the number of "car crews" I've seen in my own niche of the euro scene.. but I think we all know that everyone is out with something to prove, egos flaring. At Viva, everyone was out in great spirits... and while I am sure everyone's got a bit of something to prove, it was a breath of fresh air not to be overwhelmed by the constant battle of egos. 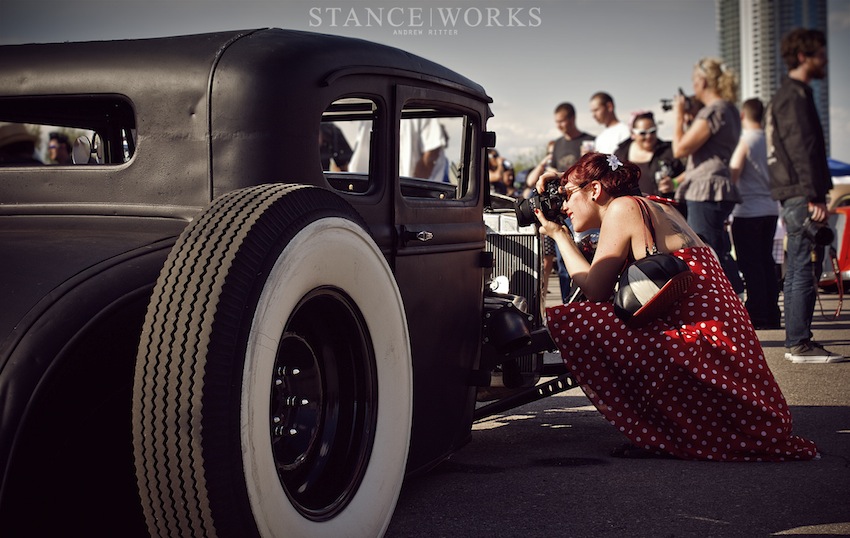 Every club was represented in some way, from jackets, to shirts, to banners, to the always badass CNC'd plaques and name plates in rear windows. Of course, I'm sure there's some drama between crews, there always is... but that just adds to the fun. 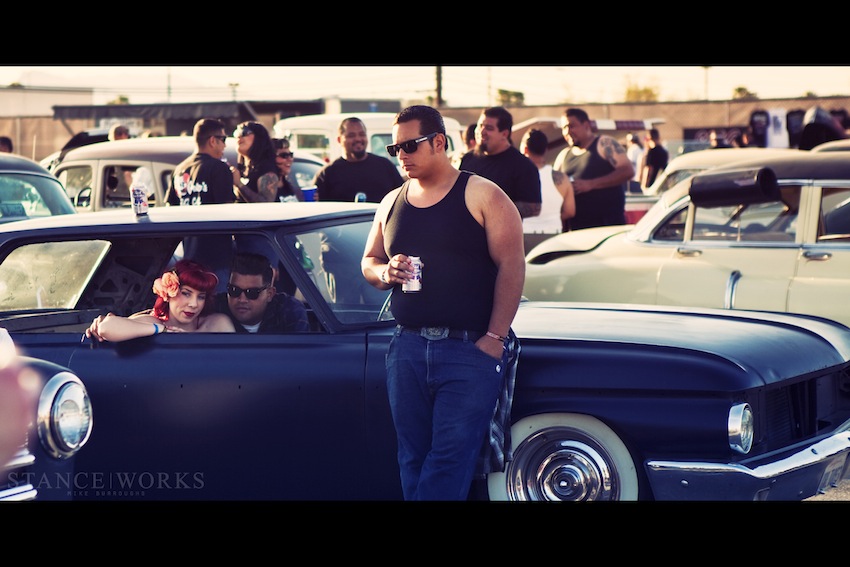 Viva had no separation of cars. There wasn't a "cool cars park here" area, or a "mediocre cars over here, away from the vendors" area. It was entirely "run what you brung", in a sense. It really didn't matter if the car had fresh paint or none at all... if it was covered in bondo or lathered in pinstripes. Everyone was proud of what they built, and no one dared to discriminate. It really doesn't matter if a car is "half finished" or obviously done on a drunken friday night. This show was about real hot rodding... wrenching and welding into the early morning hours, doing whatever it takes to get the car rolling down the road... Maybe it'd have enough power to blow the tires off of it... or maybe it'd run just well enough to get to Viva... but none the less, every car present had character and heart. Everyone put in real work to be there, and it shows. 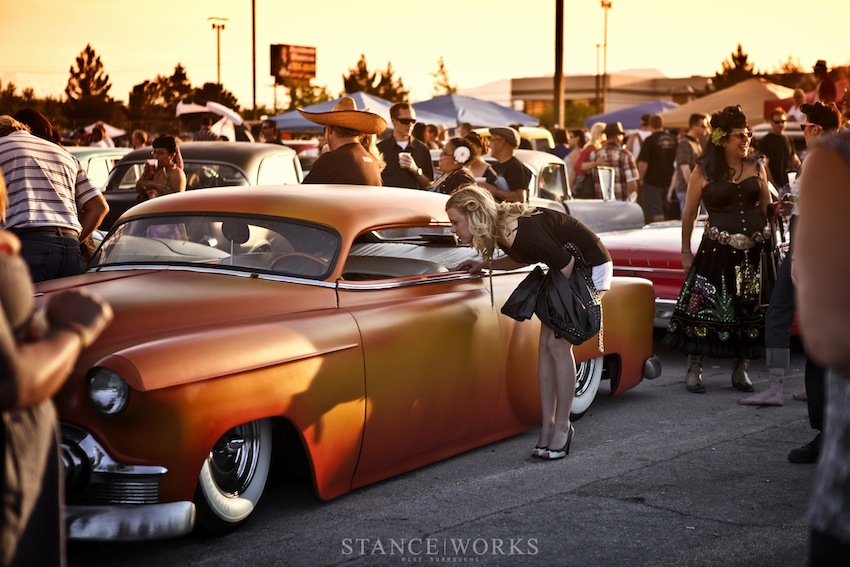 We're definitely going back in 2012... I think we'll have to build a car and enter it in the show. It only seems fitting. Perhaps us youngin's can help bridge that gap... show the veterans that hot rodding isn't quite dead yet.