Ashamedly not spending enough time in the regional UK section of the Stanceworks forum, I first heard about this meet through word of mouth. Chinese whispers, Facebook and Twitter were the main catalysts in the creation of what I feel was one of the most laid back and eclectic car meets I’ve been to in years. Thanks to the forum thread created by Laz5758, and the usual social channels, a great mix of cars turned up to this informal event in the middle of England. My eyes were opened to the astoundingly high quality of build, and rather extreme fitment and ride height that the UK is now producing. 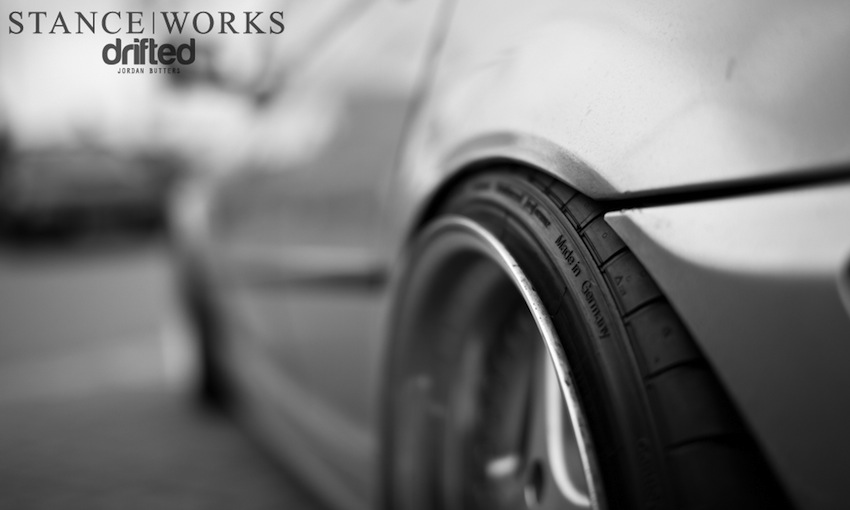 I was one of the first at the meet spot (in my nondescript Honda Civic, due to my project still being in hibernation). As I pulled in I was greeted by a lovely Montana Green Mk2 Golf slammed on what looked like Borbet As. I instantly knew that this was going to be a high quality meet. As I waited for others to arrive, a trio of slammed Beetles rolled in to the carpark, slowing traffic as they navigated the slope of the car park entrance. 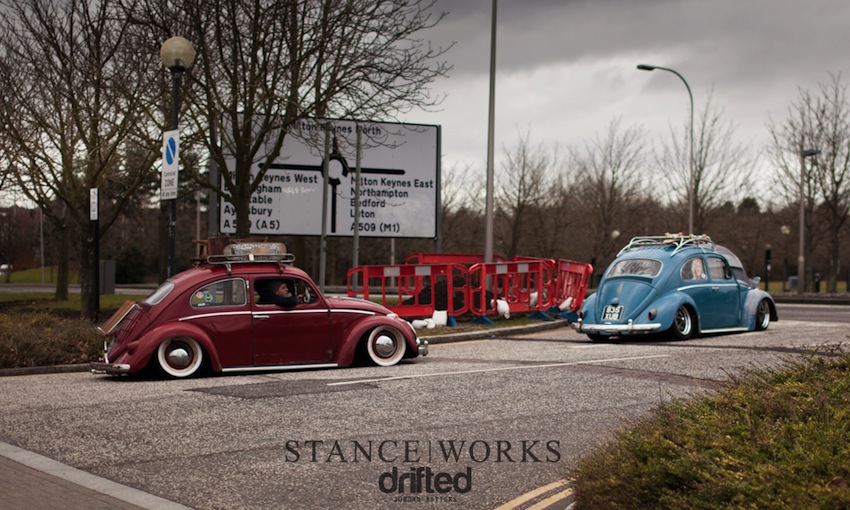 Slowly but surely a steady stream of European and Japanese machinery arrived, filling the car park in what was an extremely good turnout. As I mentioned before, it was refreshing to see the contrast of Japanese cars built for drifting parked next to VWs and BMWs built to be as low as physically possible. It was great to see the cross-genre influences that are starting to crop up in both scenes; European cars with Japanese influence, and vice versa. 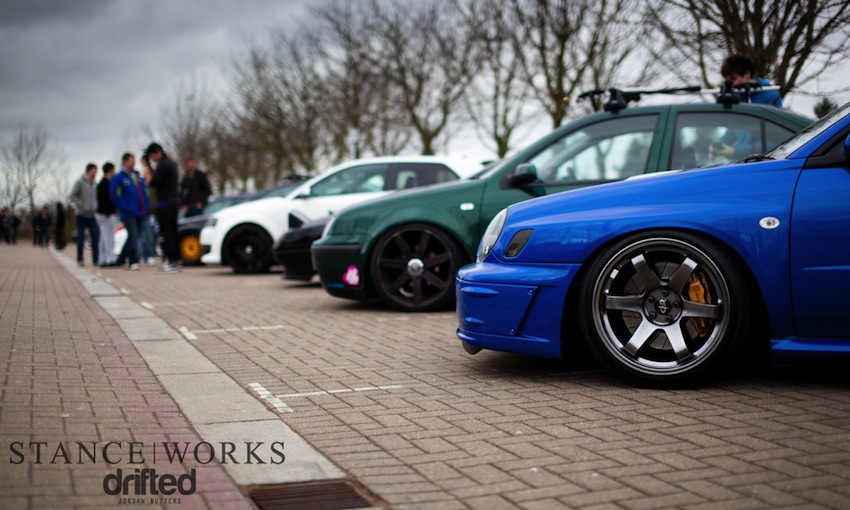 Being a bit of a wagon-geek, the black Passat estate on Bentley wheels was car of the meet for me. 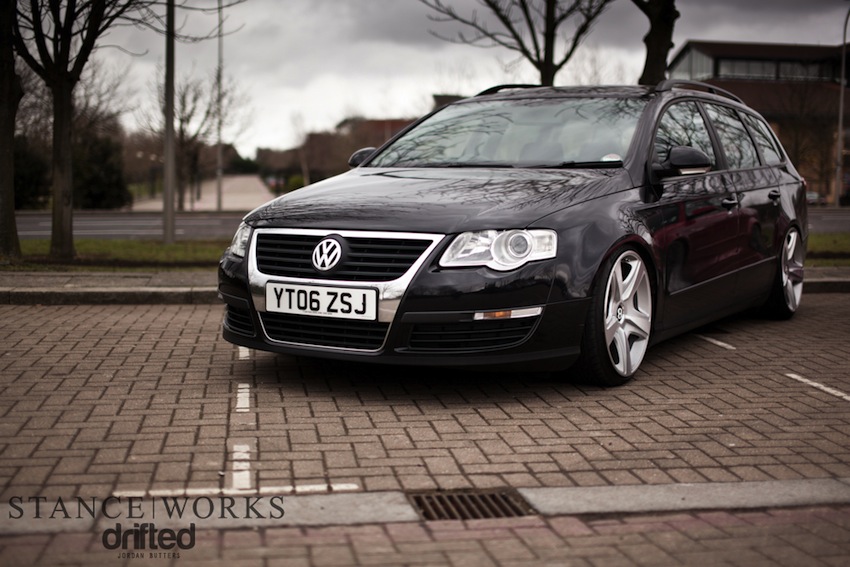 Jorge’s E46 on Yellow/Black Style 5s also had brutal road presence when pulling in to the car park, and the three beetles were firm favourites with the numerous photographers. 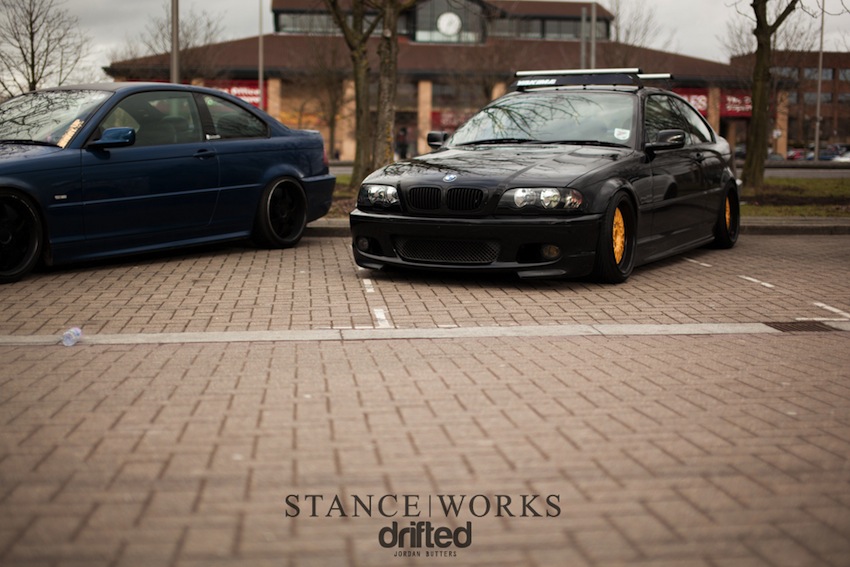 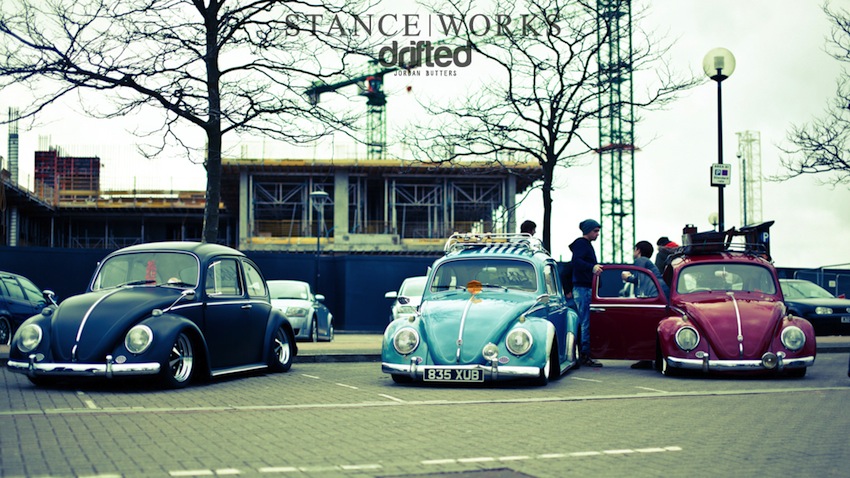 Unfortunately, having to leave early I missed some great cars; looking at the photos in the forum I was gutted to miss Timmo’s red S14 on Do-Luck Double Sixes, and his brother’s EG Civic on SSR Mk1s.

I’m pretty excited about the prospect of monthly/bi-monthly Stanceworks meets in Milton Keynes; hopefully the organisers will be encouraged by the success of the debut and roll these out as a regular event. I highly recommend any locals to make the effort to try and get out to the next one; judging by the reaction thus far, it’ll be bigger and better than the first.

SW ADDITION: We, at SW, would like to thank Alex and Jordan for their great coverage of the StanceWorks UK first gathering. Also a big shout out to Jorge and co. for organizing the event and making it a reality. It was a great success and you can count on this being just the beginning!