Josh tells me that most of the friends he relies on today have come from his love of cars. You may not be friends with him yet, but we're here to help you get to know him.

Josh is taking charge over on the eastern seaboard, living the low lifestyle we all know and love. You know... the lifestyle that isn't just about driving around in a lowered car... The one that's about the people, the community AND the cars... The one we've all become a part of. 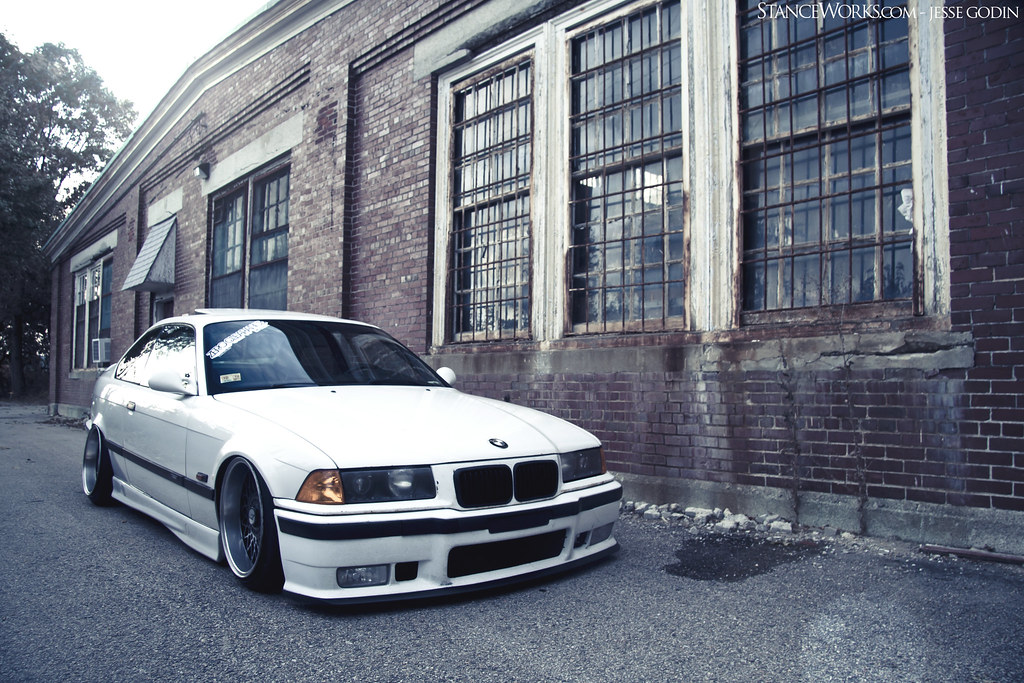 He is one of those guys you're with every weekend, either wrenchin' or at a show with on a Saturday afternoon. You know, one of the best guys you could be in the company of. He's the kind of guy that's gonna look out for you in a bunch of ways. He will bust your balls when something looks off on your car, and be there to help find a solution. He's a guy that won't mind giving up a Sunday to rip the stock struts out of your project car, as long as it includes a case of beer. 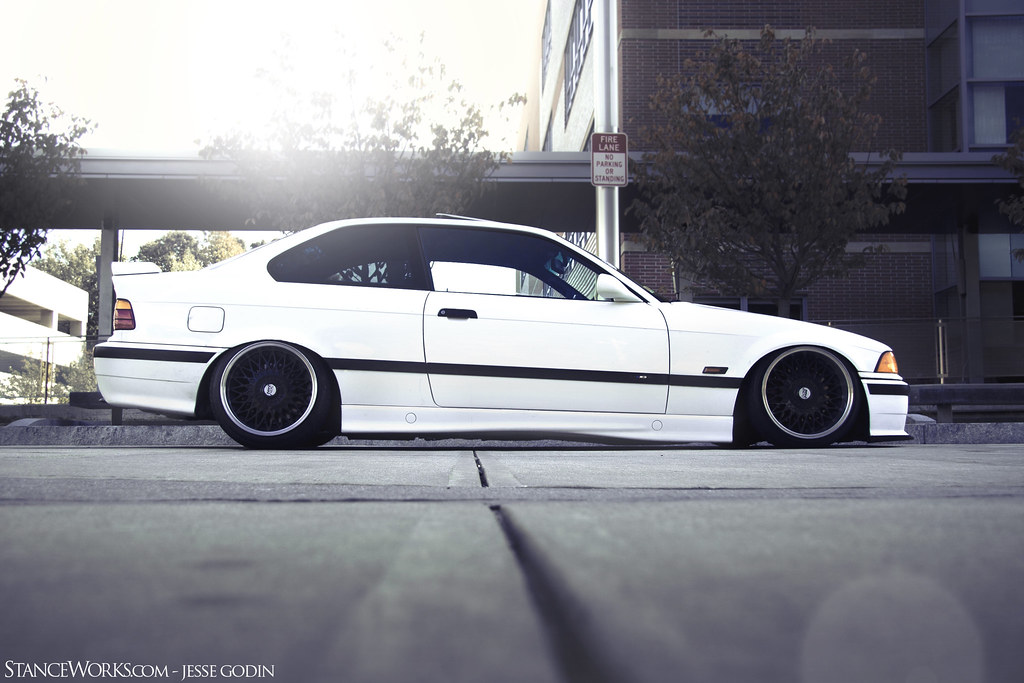 "The lifestyle...well what's better than great people and sick cars? It's awesome to know you have all these friends willing to help you with anything."

That's Josh's standpoint on the community, and it should be everyone's. The most important part of what Josh said to me would be the comment about friends that are willing to help you out with anything. It's not only building pieces of art, it's about genuine friends that just hang out and share stories.

I spent the whole weekend down in Ocean City, Maryland, with Josh and most of the heavy hitters under the StanceWorks umbrella. Josh tried to explain why he isn't an idiot for making a car nearly un-drivable, while Mike helped me out with my photography as we sat around and talked til 4 in the morning. All the while, Josh, Eric and Ollie ripped up and down the strip going three wide down the road in their M3's on the Zero Clearance coils. That weekend seemed almost surreal to me, how can all these people become friends in an instant, without meeting each other beforehand. Thats a community. 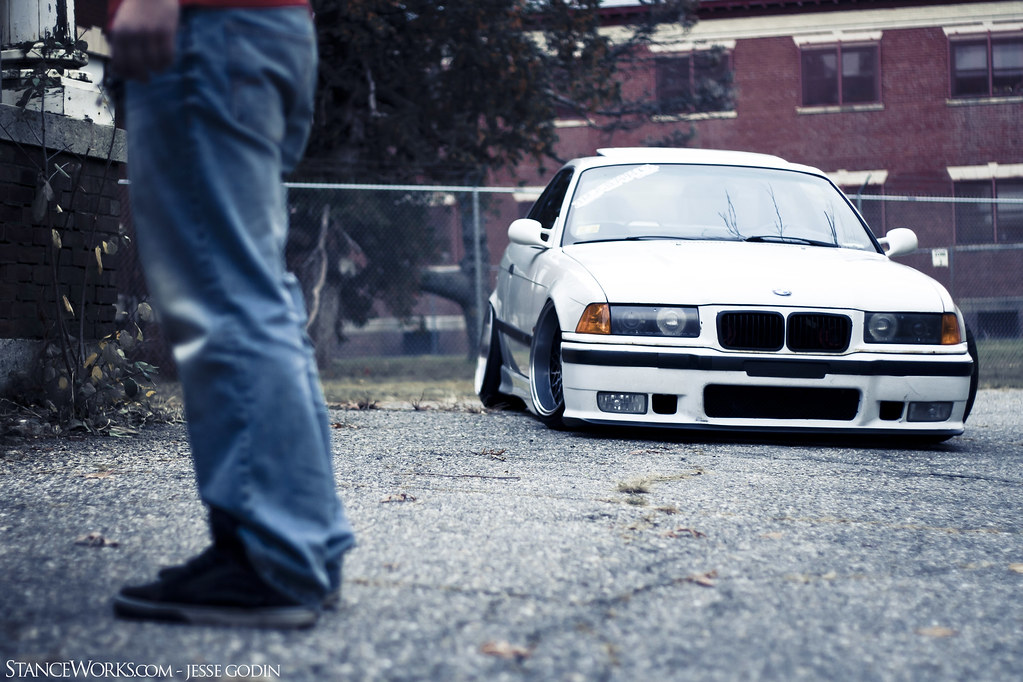 When you become a member of the StanceWorks community, you know you're getting into a group of people you can trust and rely on. " Well, 80% of my friends are from cars" says Josh.

You don't make good friendships without a bit of trust. Ordering a set of coilovers branded with a blogs name on it requires just that... Over the past year StanceWorks has been proving itself over and over, holding some of the best shows across the US. They've built a reputation that people can rely on. 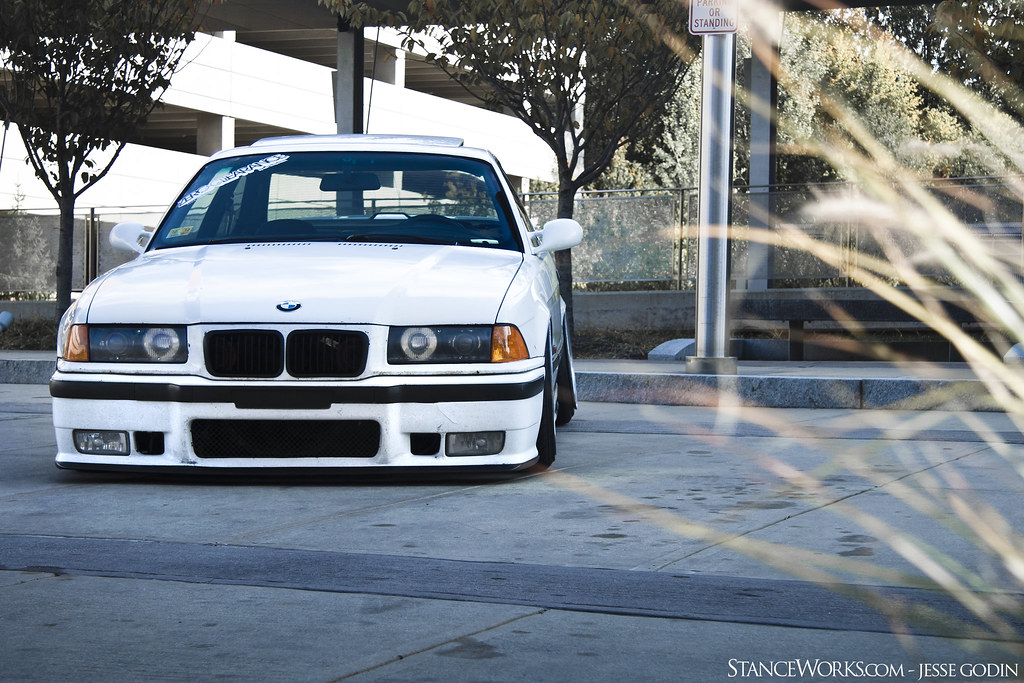 When Josh contacted Ben about ordering the AST/SW Zero Clearance coils, there is no doubt that they did not know each other past their forum screen-names. Over the course of the shipping, and waiting on Josh's part, they started talking and a friendship formed. 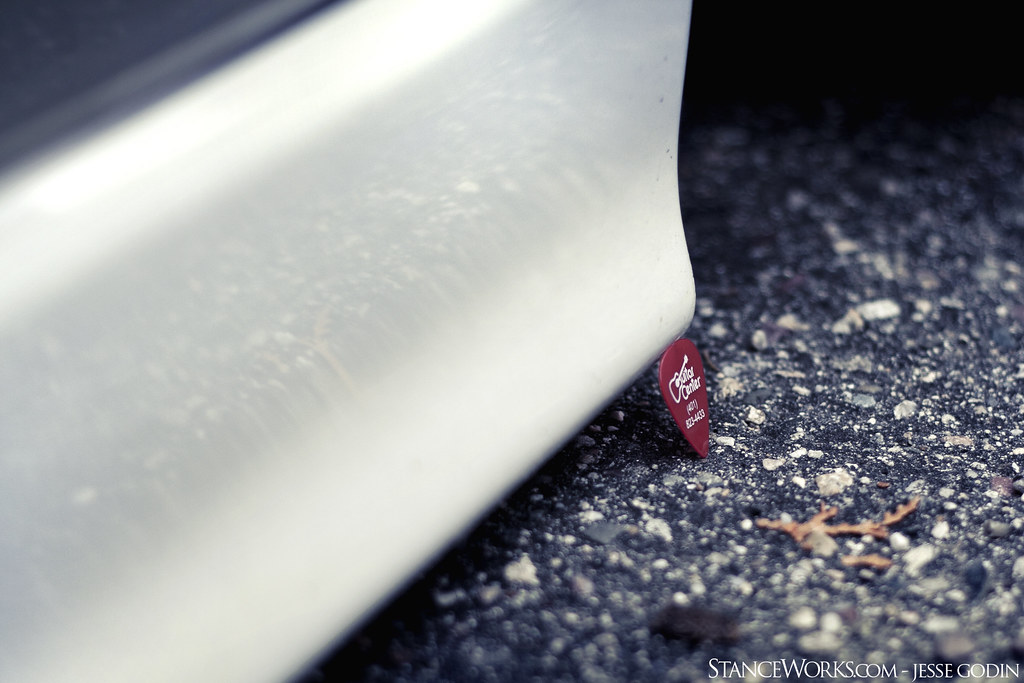 The coils arrived, Josh threw 'em on, and everything changed. Yeah sure, he may have owned 16 cars all dumped on coils in the past, but none quite like this. Game Over. The car rode better than he could have imagined. He could drive around without having to worry about throwing out his back over the acorn he just hit. All he has to worry about now is cracking his oil pan over the next acorn, or stuffing his front lip into a pile of leaves and not being able to back out. Josh explained to me that on ride home from H2Oi, he and Byron (who owns  an m60 (that's a 7-series V8) swapped e30) tore up the highway doing a buck-20, as stable as could be, and the car handled like a dream around the twisties when they got off the interstate. 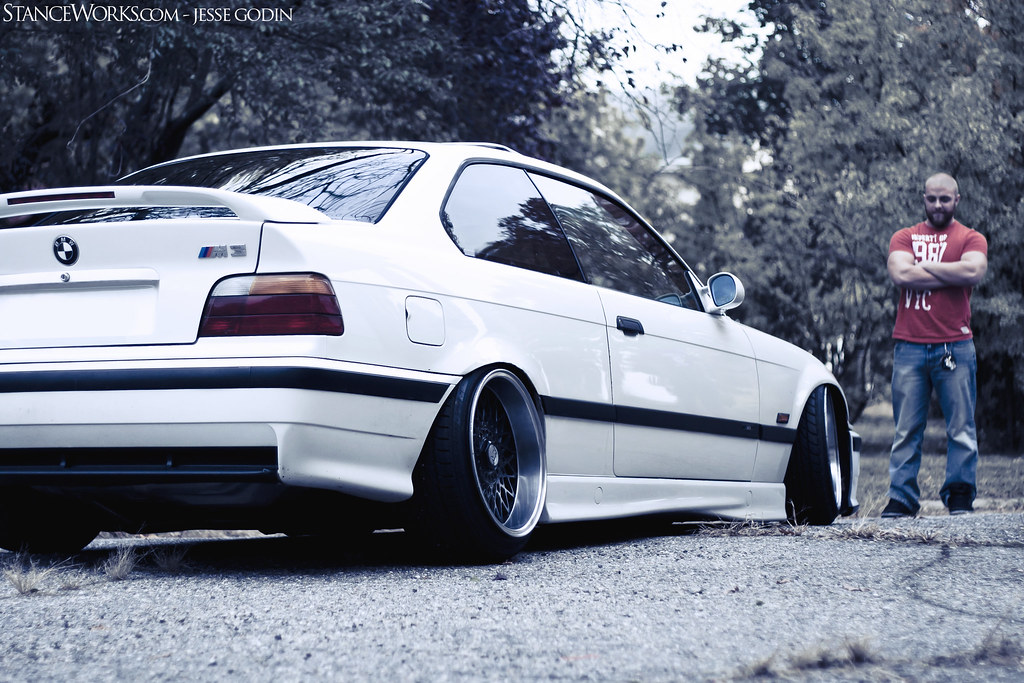 The love of cars expands further than the cars themselves. It connects people together. While cars can be a extension of your creativity, they are merely metal objects that drive you around. What makes cars important are the people behind the wheel. The personalities, and the friendships that they create. Josh is one of those personalities in the community. Getting people together to share what we all do in our spare time. Everything's better when people share ideas and talk about what they made. It's not all about the width, the offset and that crazy stretch that you have going. The lifestyle is the friends you make from sharing story's about how you all got there.

Special thanks to Jesse Godin for the great photos. You can see more of his work on his flickr.