"Pictures don't do it justice." It's a line we've all heard before, and these days, it's to be taken with a grain of salt. When it comes to Mateusz Karwowski, though, it's something to be heeded, for in 2016, Mateusz dragged this 520i home on a flatbed, in dire need of "TLC." Truth be told, it appears to have been a nice car: nice enough for the likes of you and I, most likely. A layer of dust sat atop the car, the windshield hardly anything past translucent. The factory steelies, expected on small-displacement E28 variant, had it looking even worse for wear. For all intents and purposes though, it appears as though it was a survivor. It was "good enough," some might say. For Mateusz, though, "good enough" is the enemy of perfection. 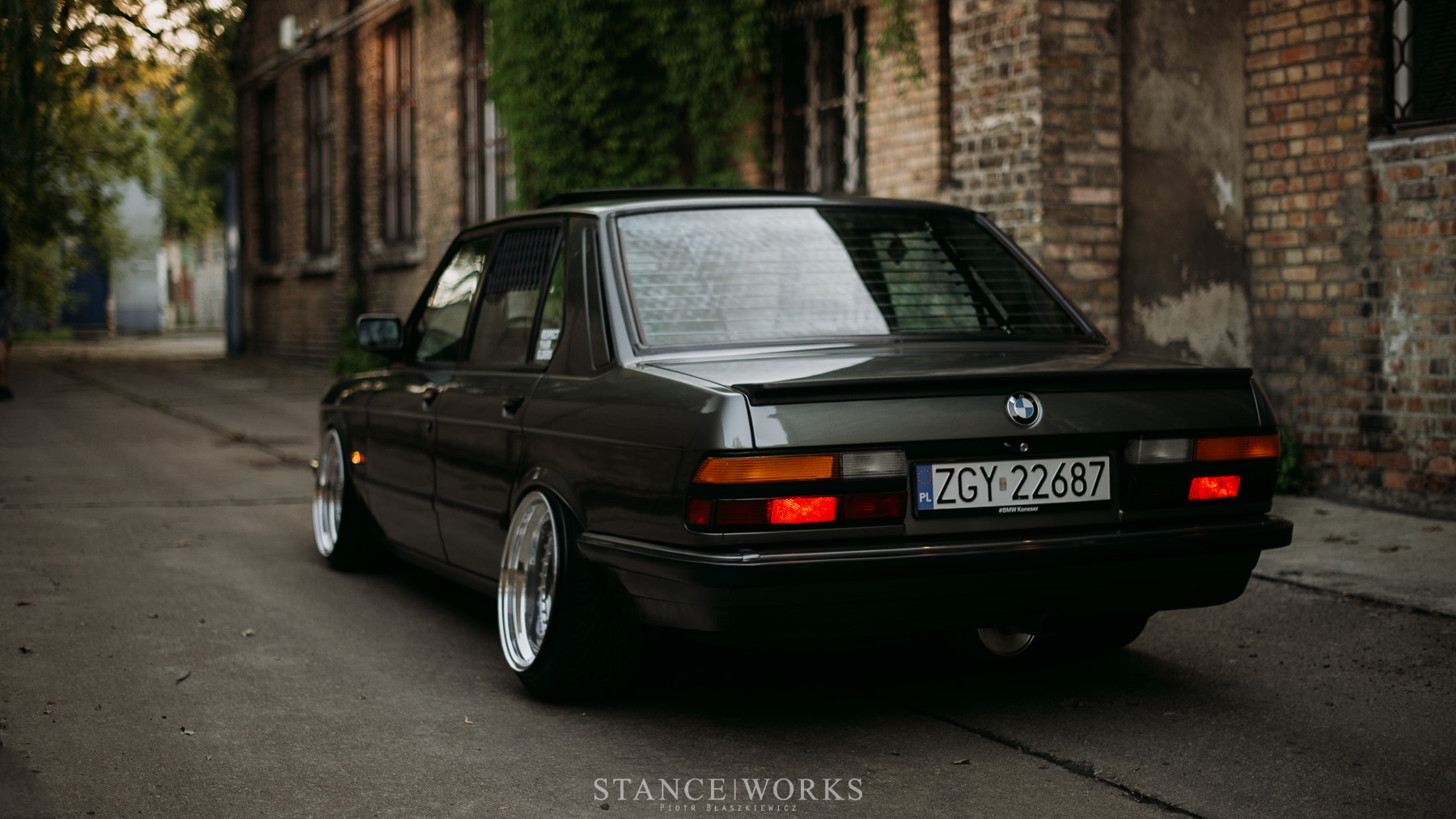 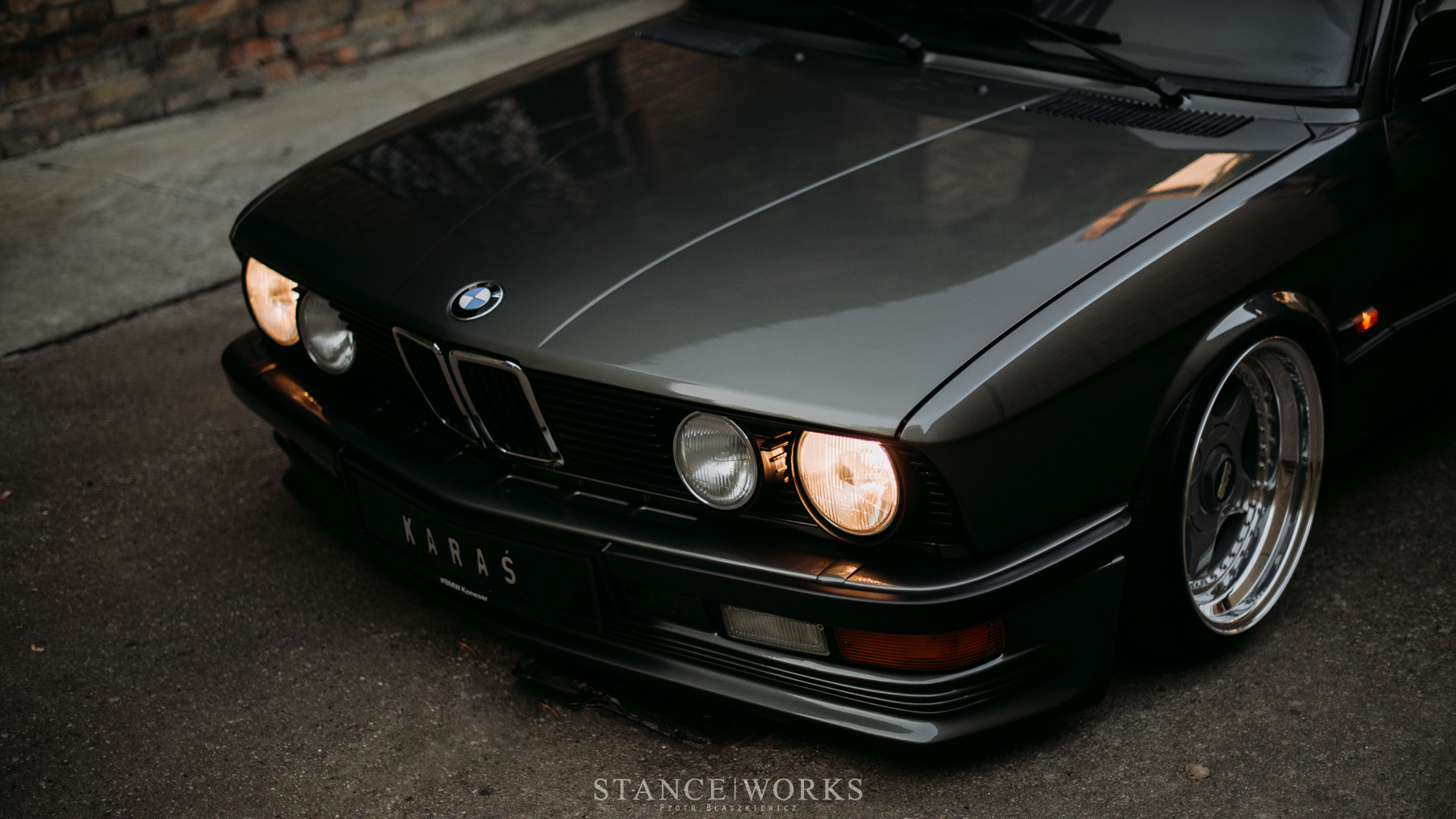 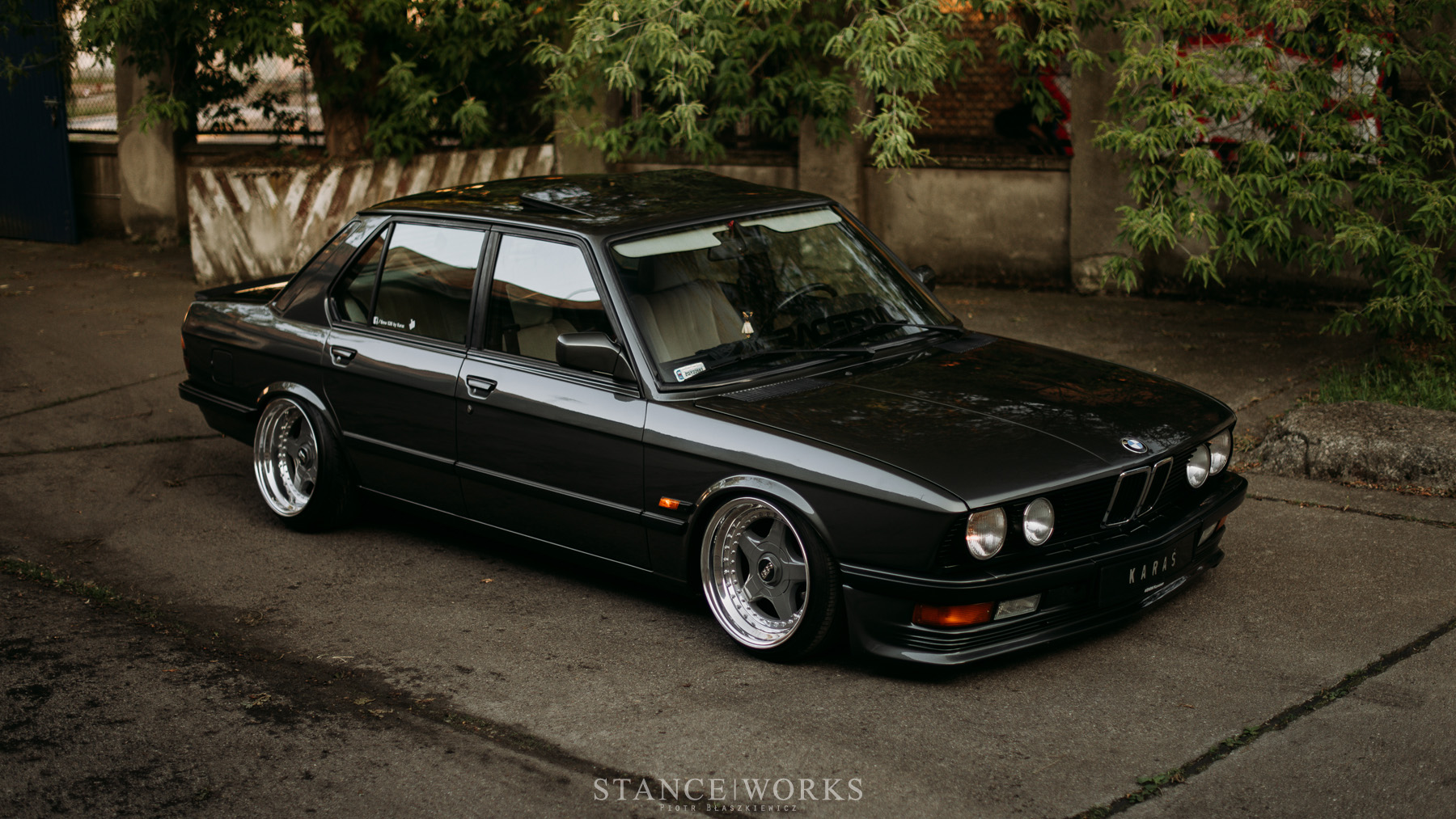 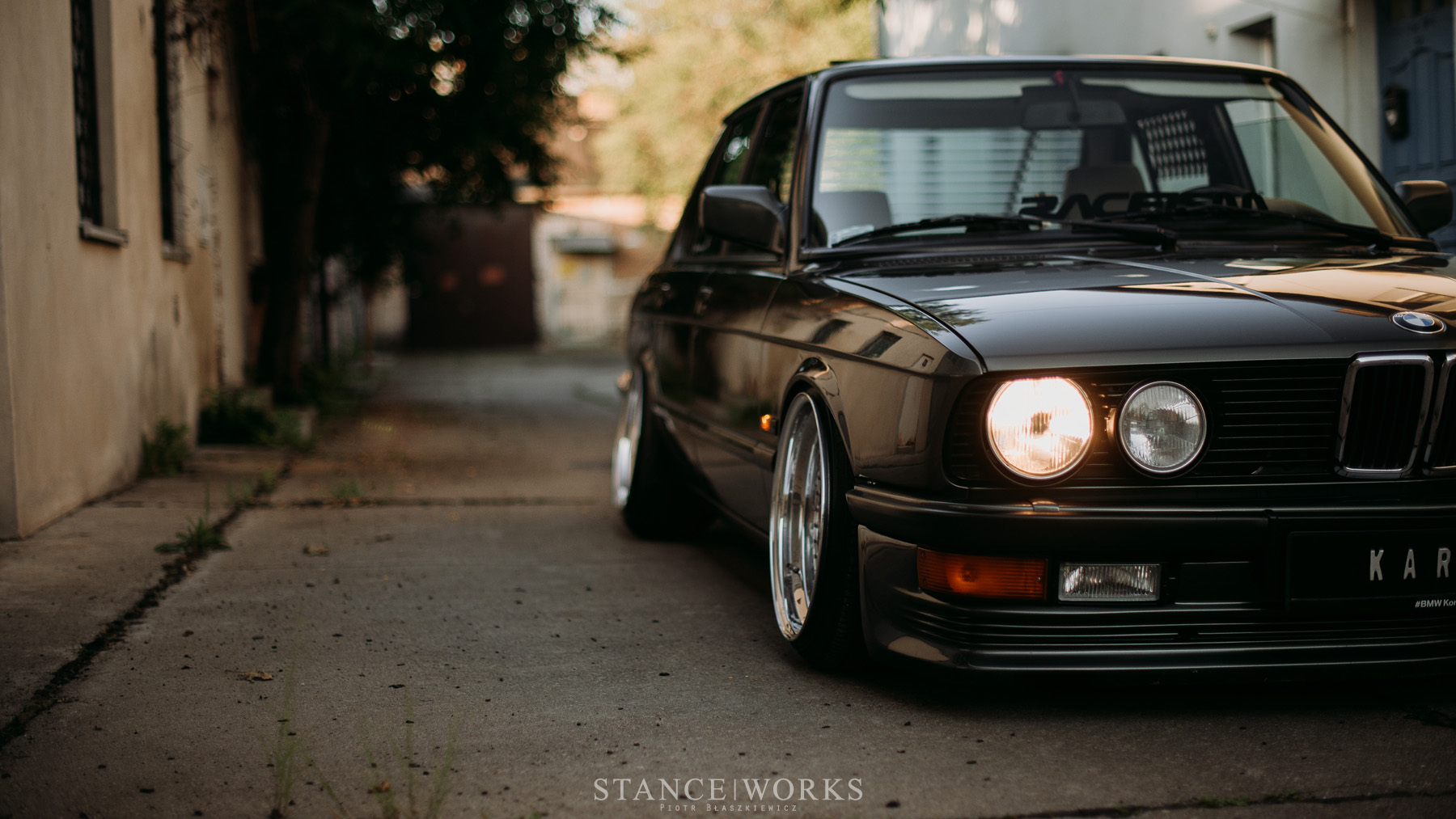 It was only a week before Mateusz had the car torn down to the bare chassis. The original M20B20 6-cylinder and the driveline had been pulled along with all of the accessories. The interior had been gutted entirely. Even the doors themselves were taken off. Every piece of trim, every nut and bolt: it was all removed in preparation for a total body restoration. Mateusz, along with the help of his father, was diving in head-first, wanting nothing short of the best he could achieve. It should be noted, too, that neither Mateusz nor his father had ever taken on a restoration project prior. 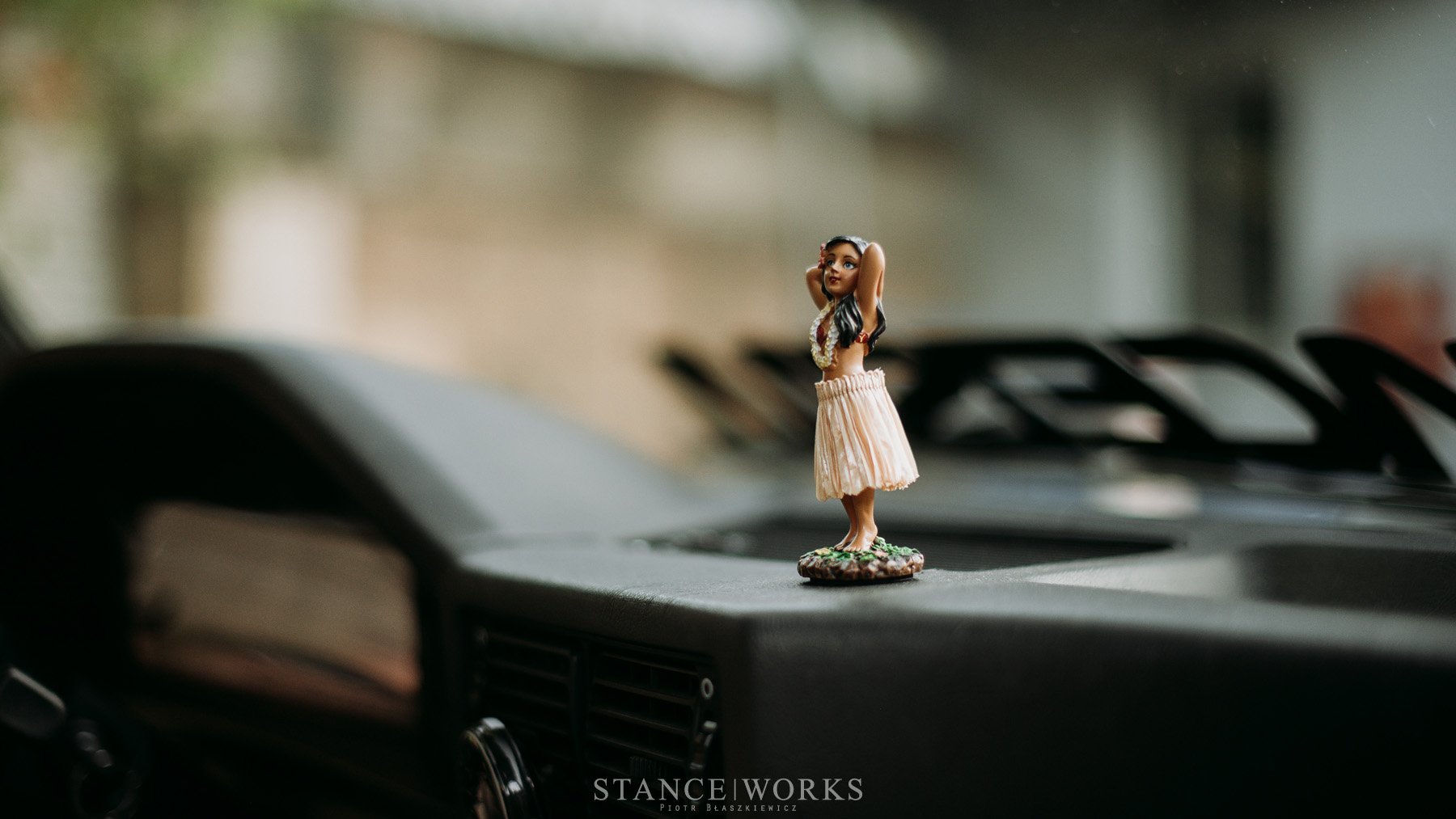 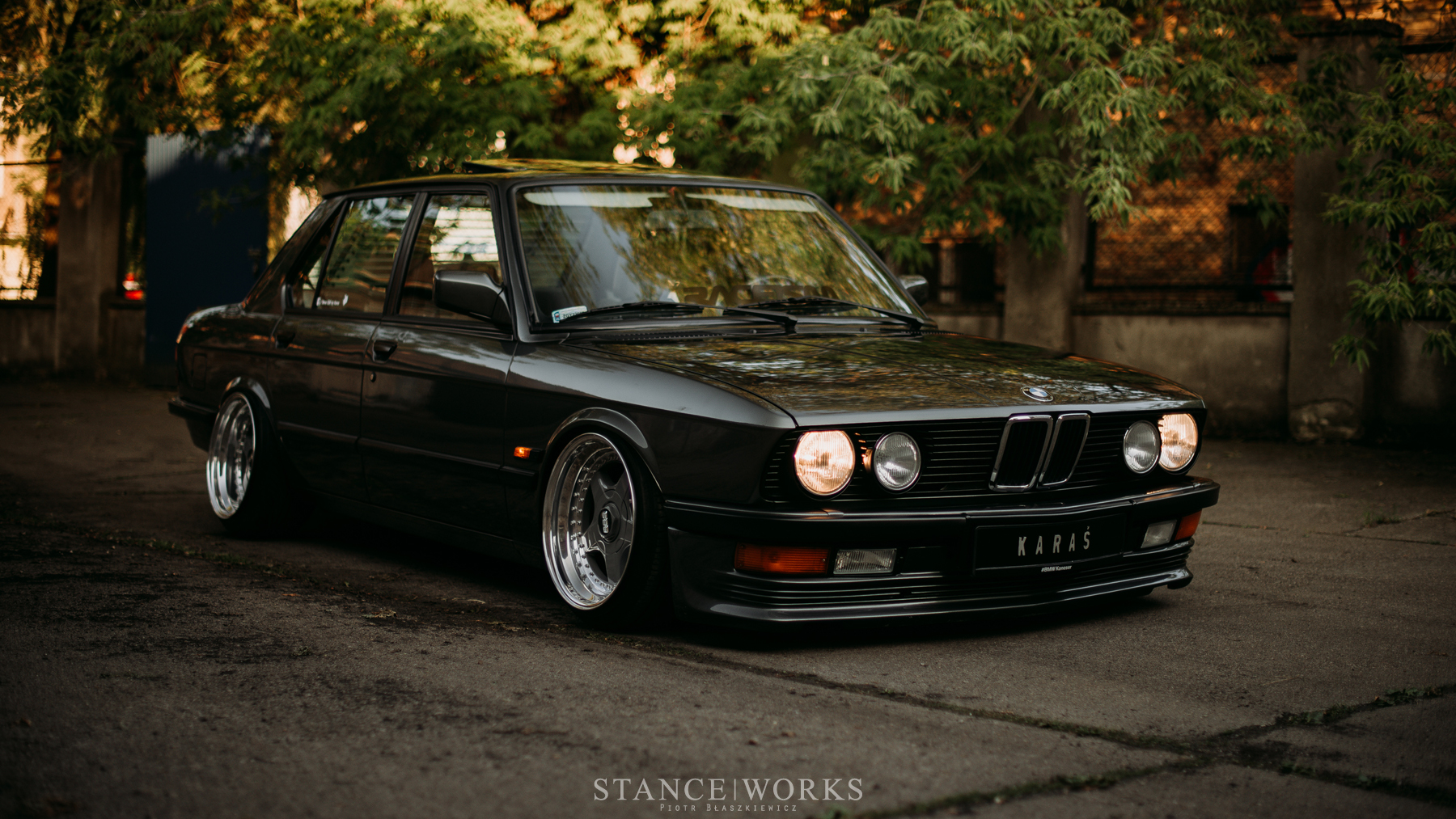 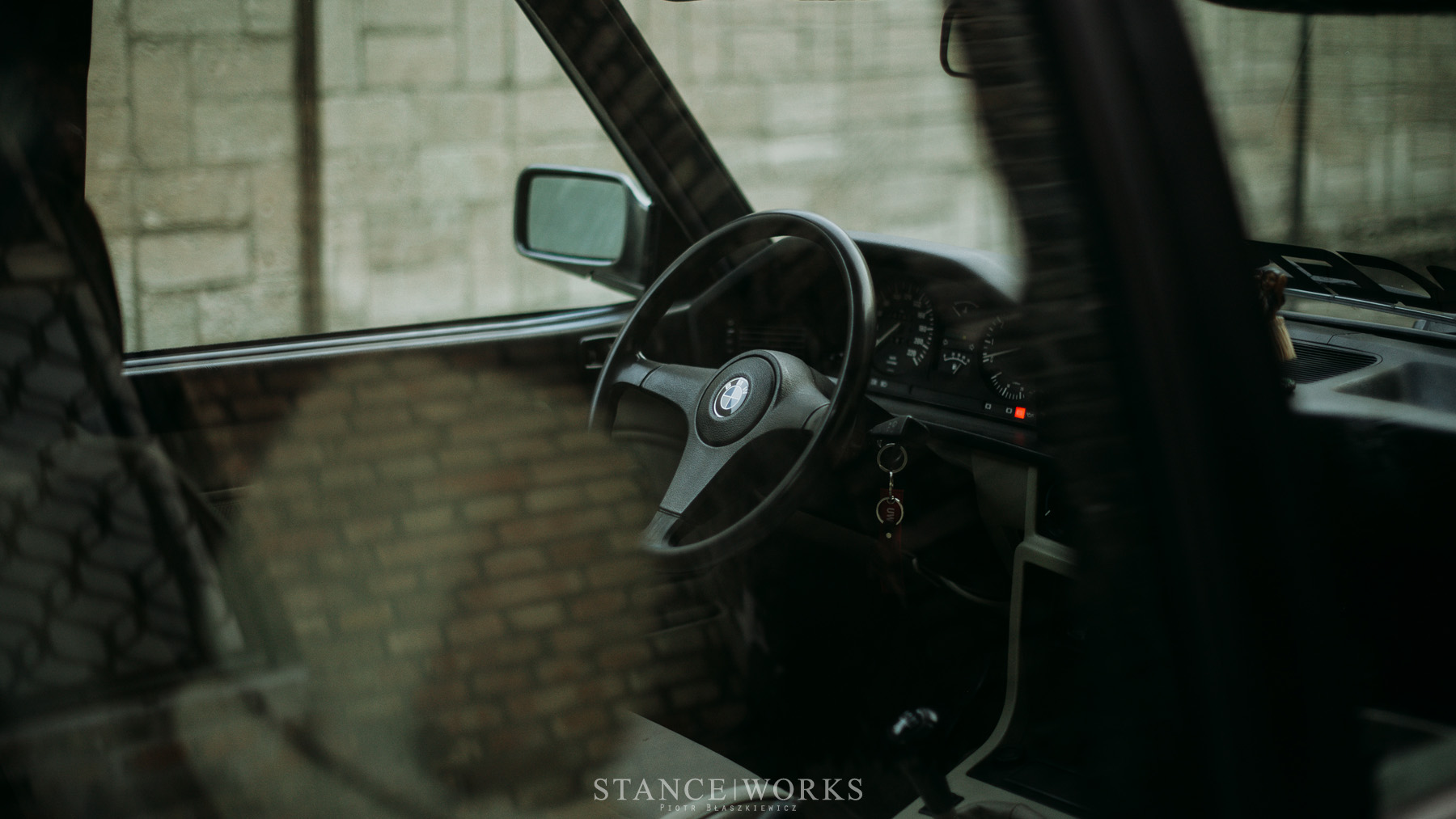 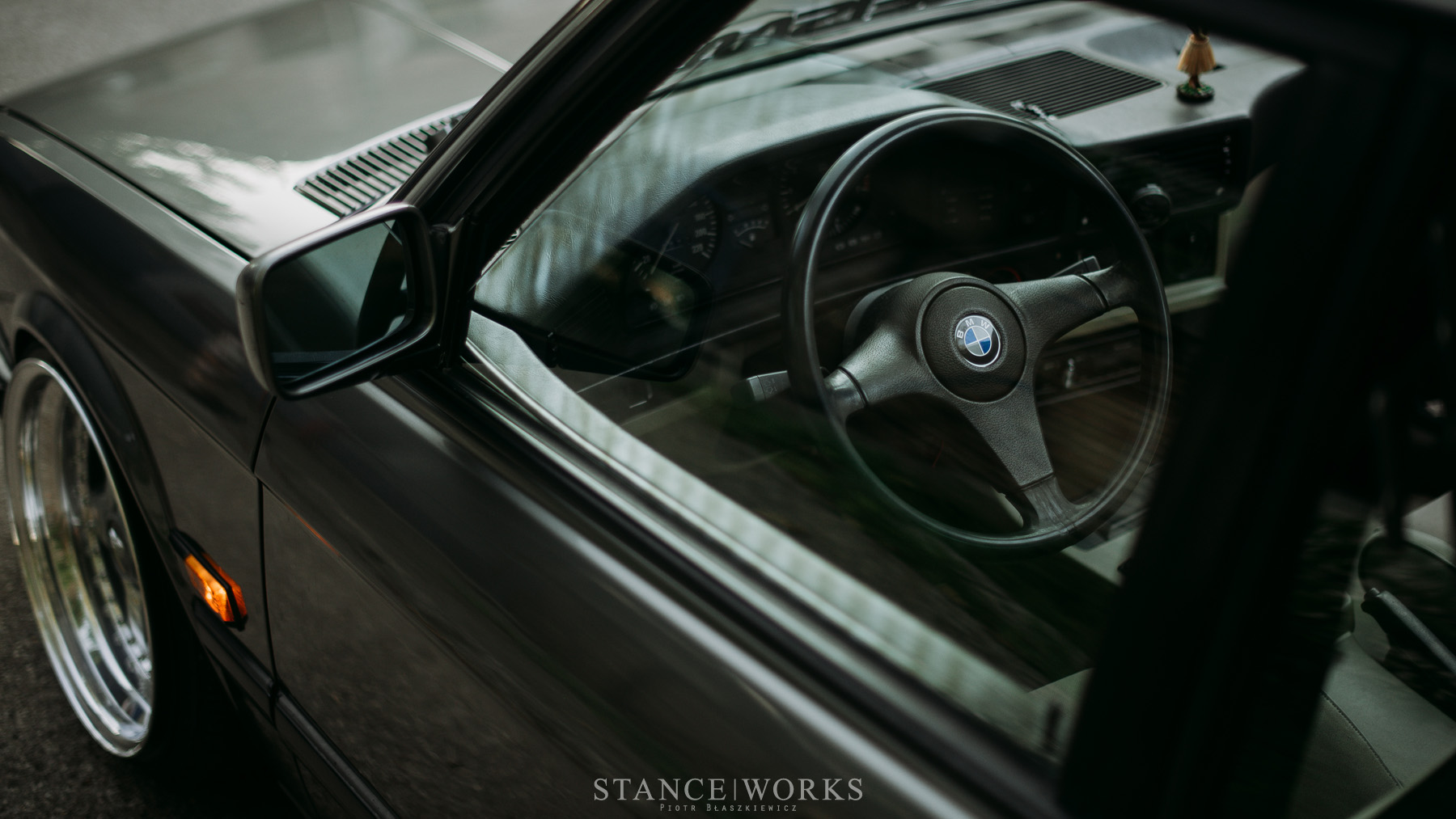 Despite their inexperience, the duo took just a year to bring the car back to a remarkable state of completion. The E28 still wears its original hue of "Delphin Grau Metallic," repainted inside and out, of course. The detail work, of course, is what makes the car leave a lasting impression; but the factory bits and bobs aren't without a few custom touches of Mateusz's own. 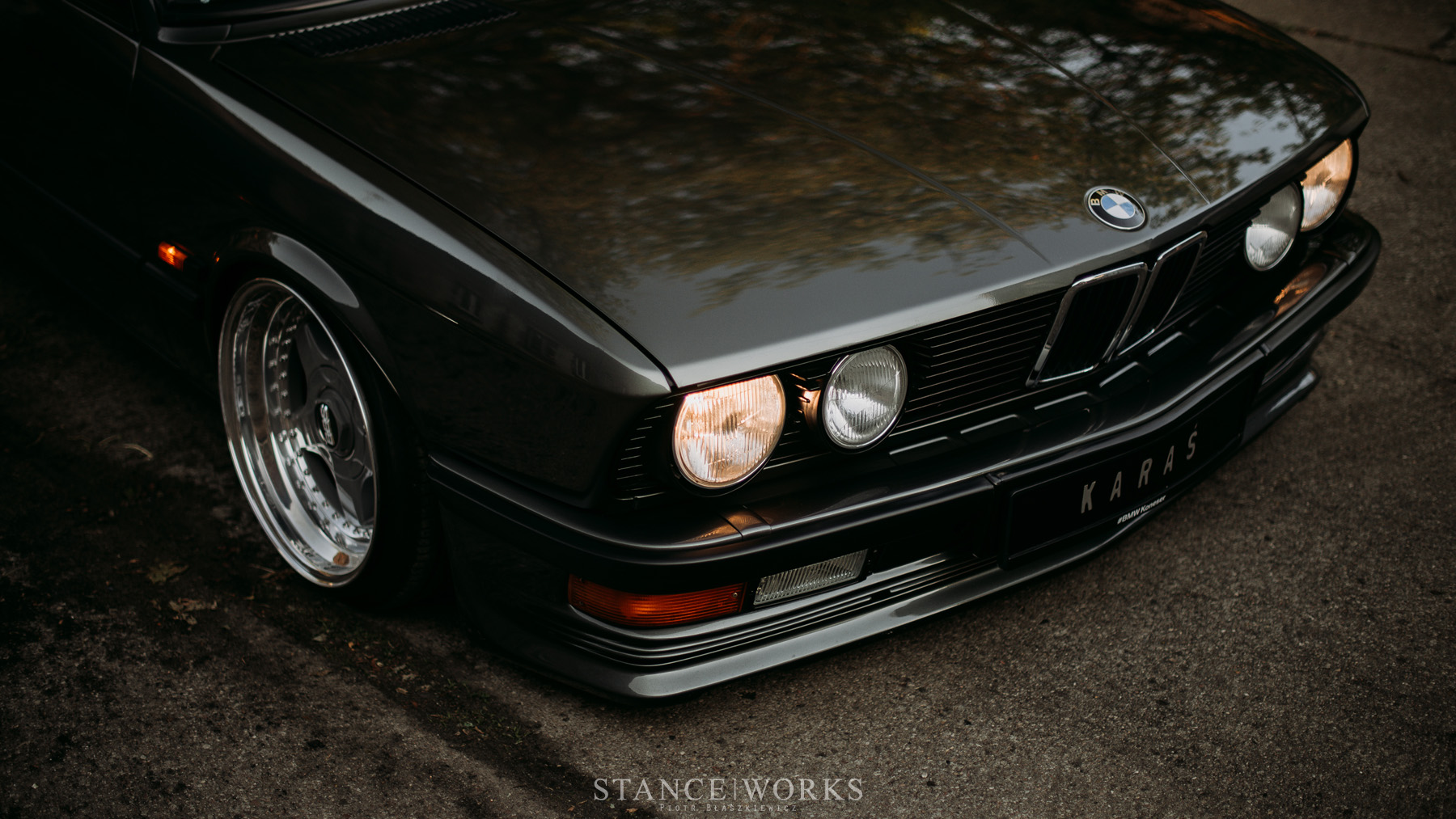 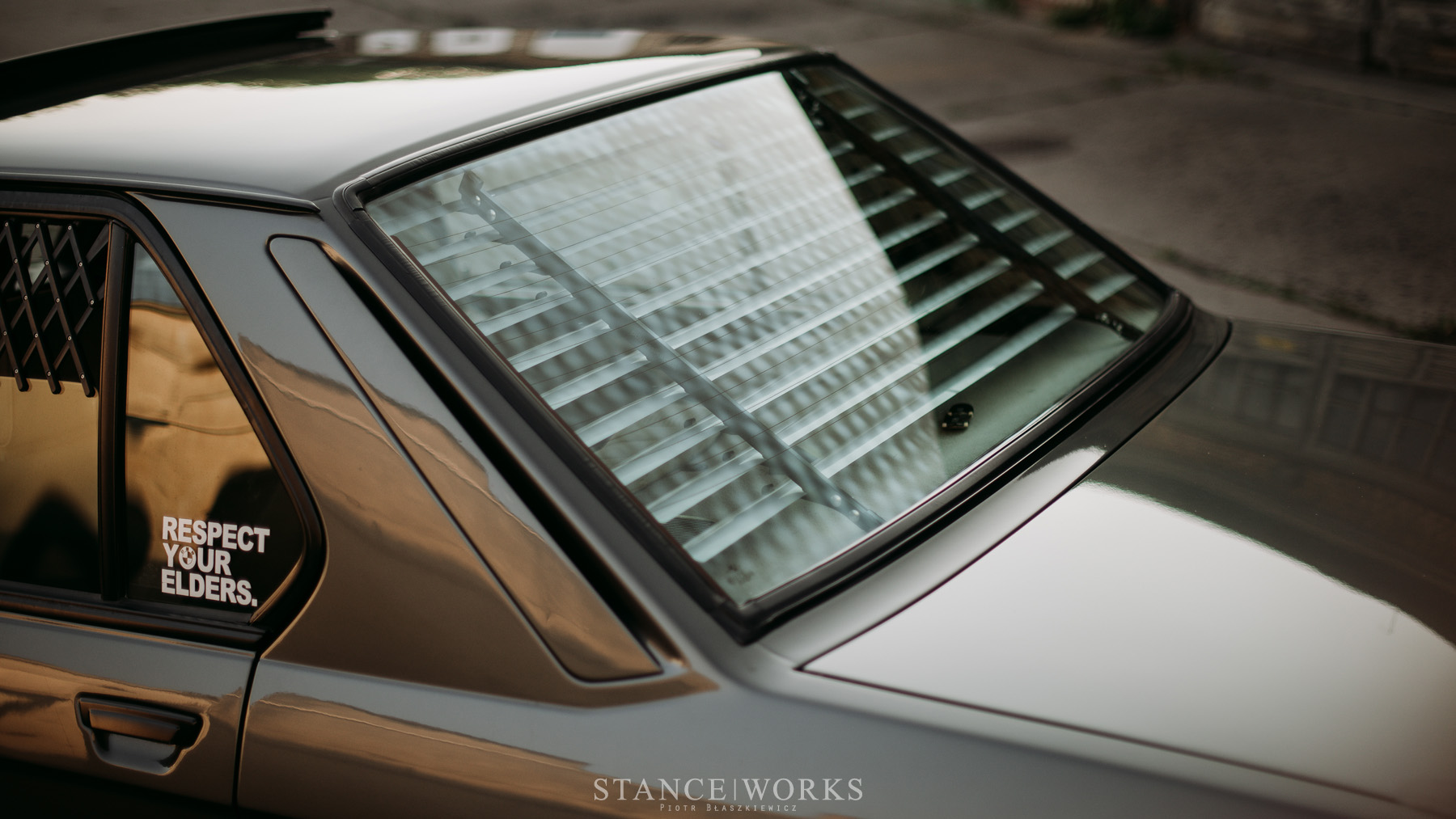 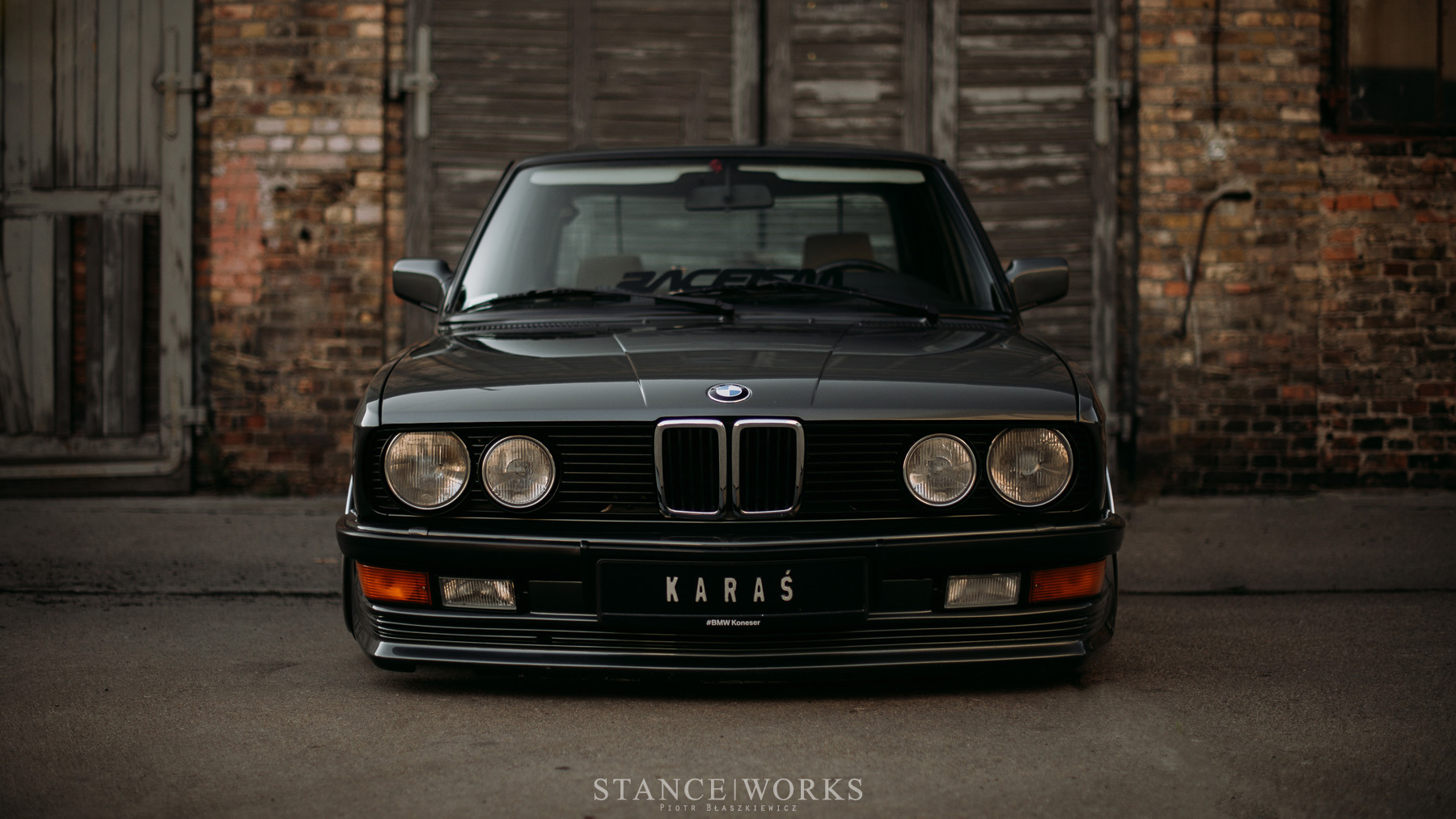 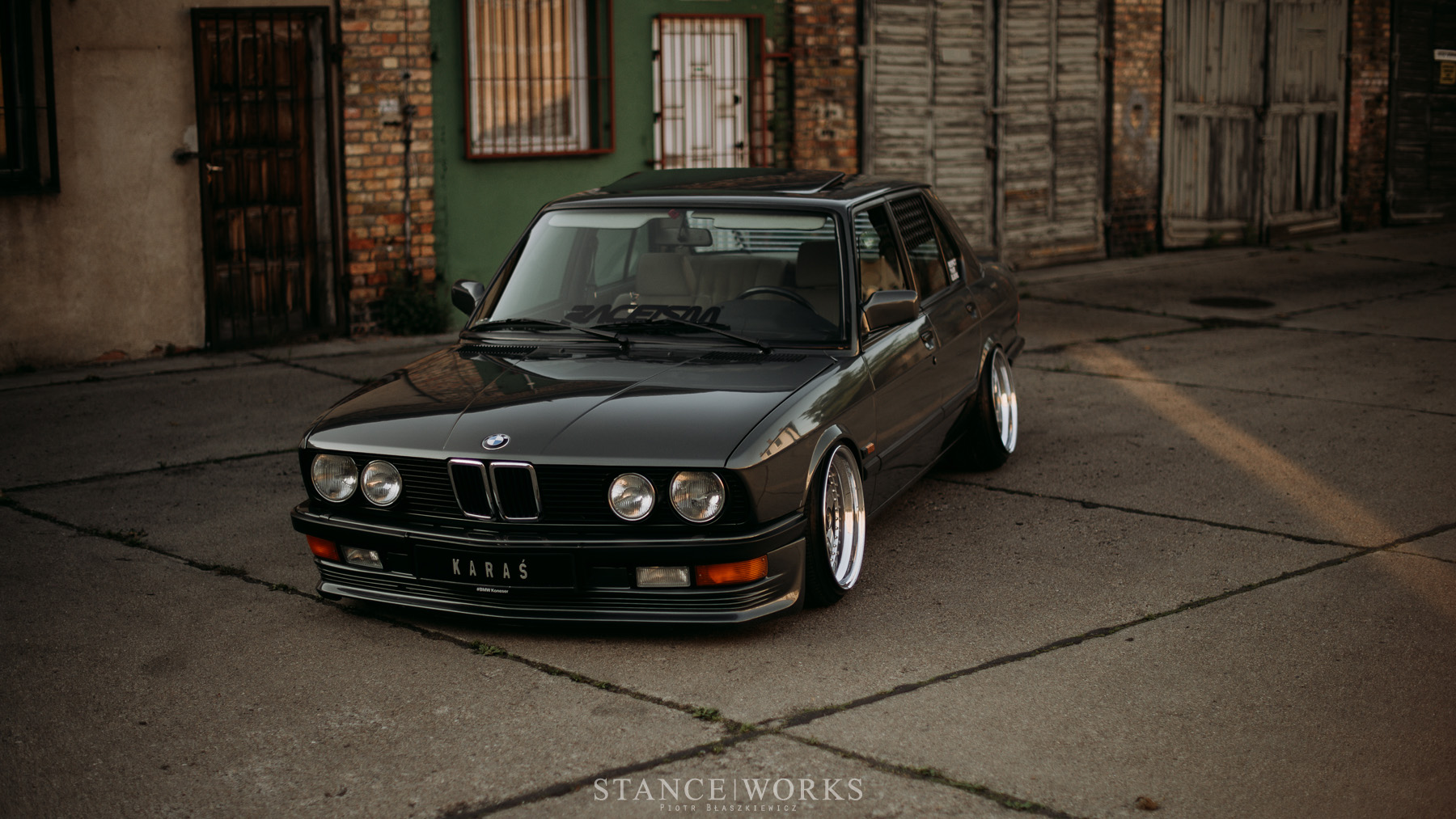 The car's underpinnings remain largely untouched, with the engine going back in after a thorough cleanup. Custom coilovers, camber plates, and veltilated disc brakes round out changes to the suspension. Inside the car, a set of sport seats were sourced and installed, which radically changes the fit and feel of the family sedan's otherwise comfort-focused interior. A sport package steering wheel compliments the seats, while a set of PDKlassiks rear louvers lurk behind the glass of the rear window: a subtle, tasteful touch that feels period correct without being "in your face." 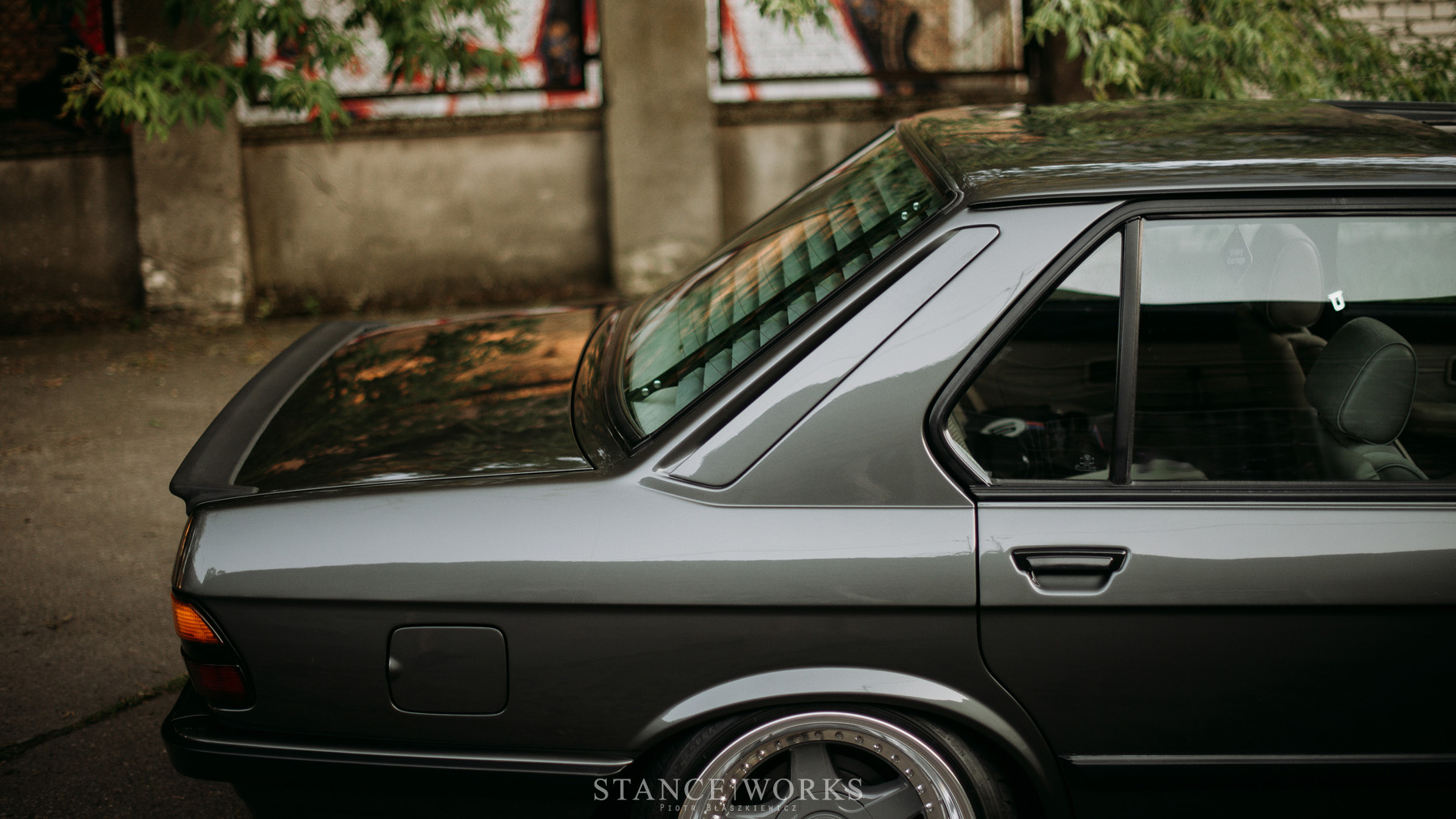 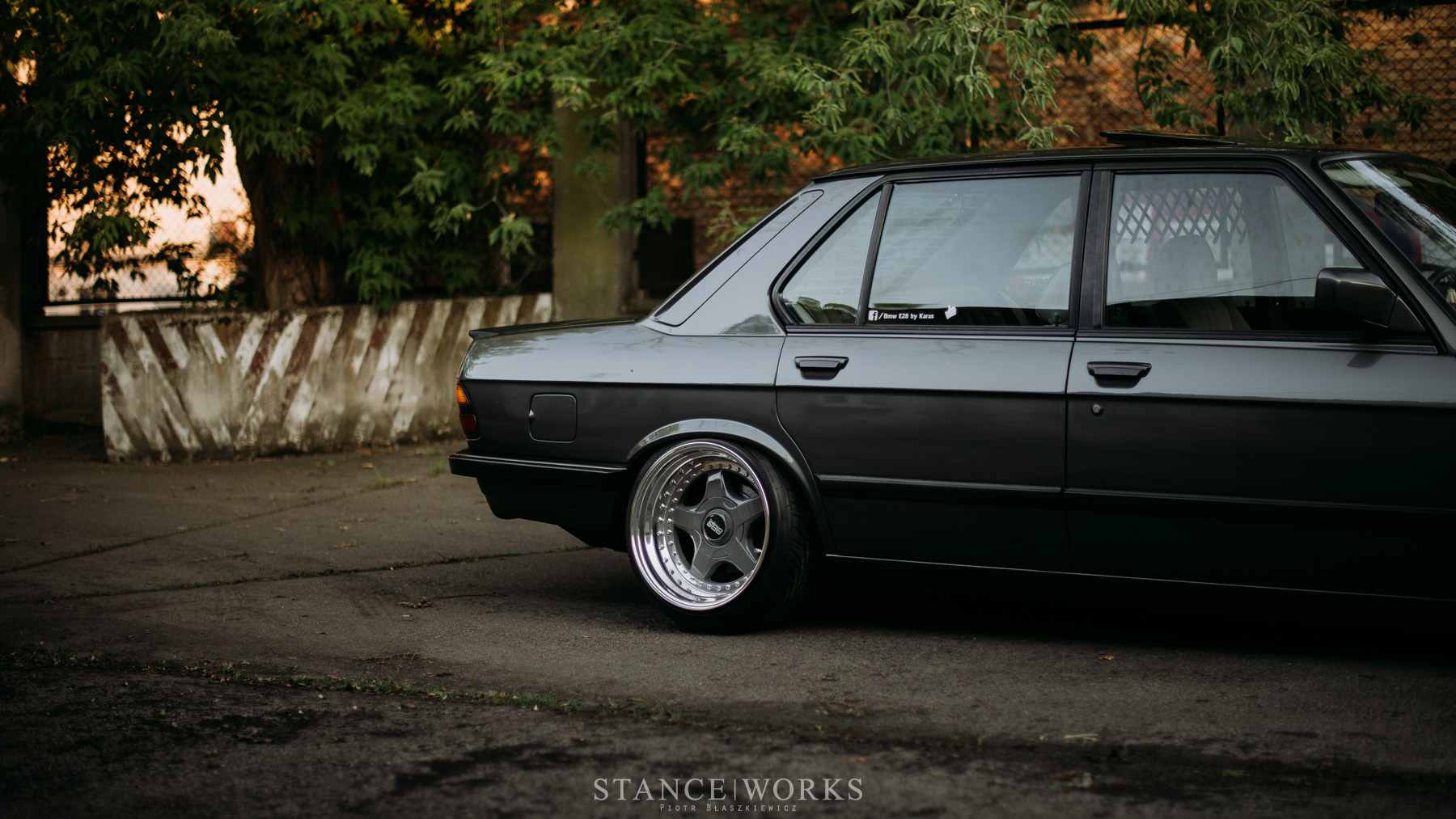 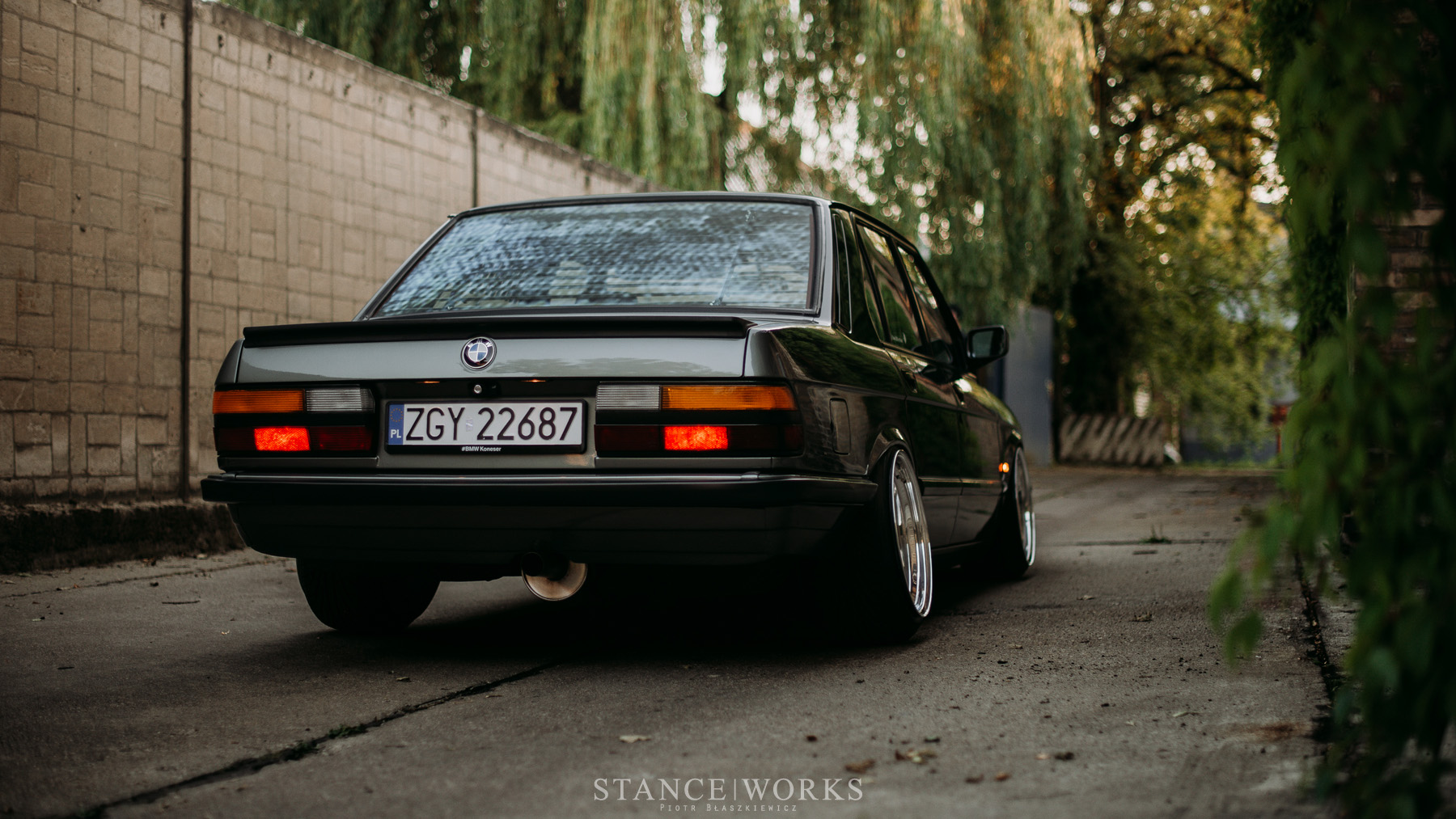 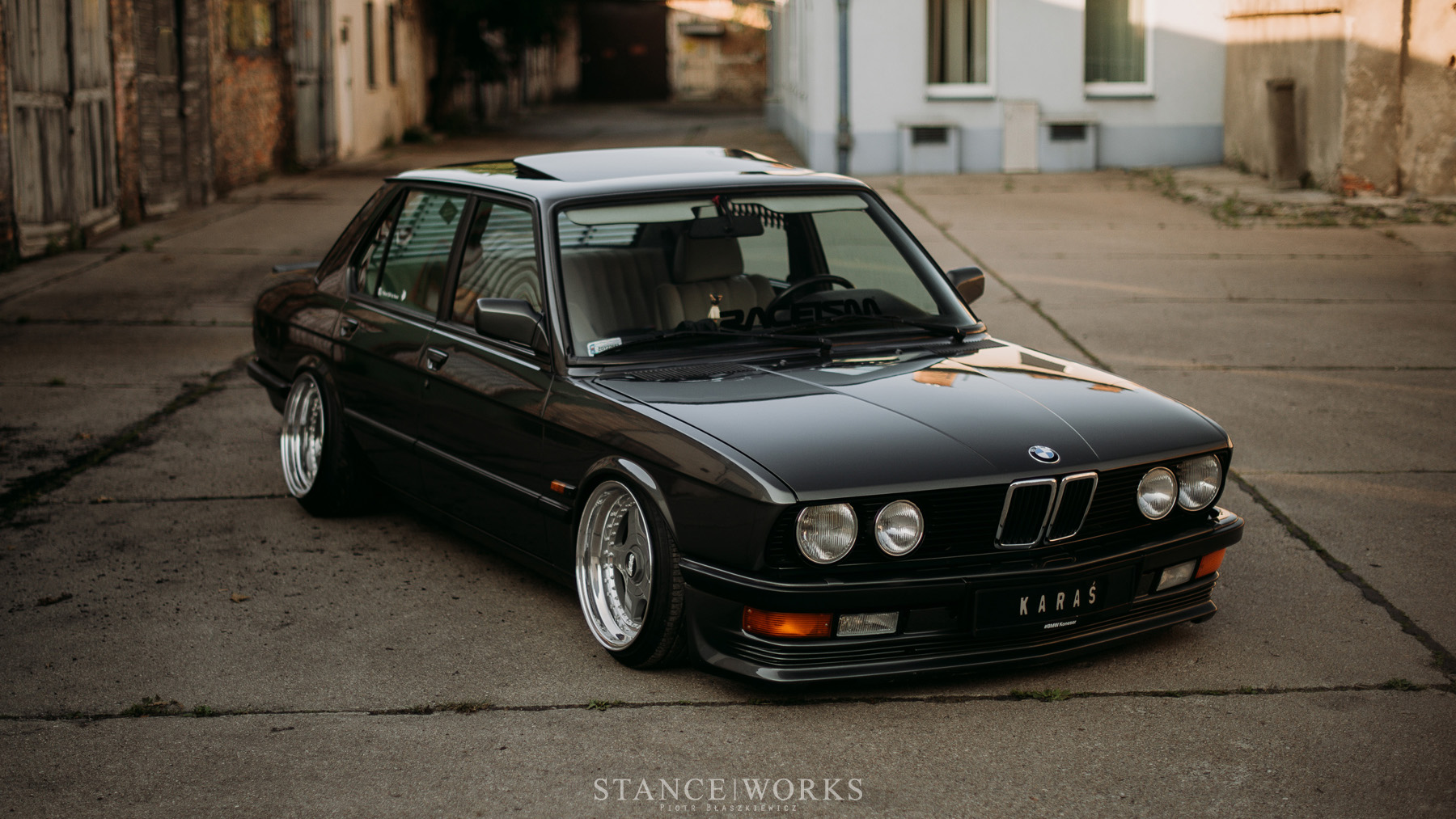 The car's exterior is where it makes its largest departure from stock, with the addition of an M-tech rear spoiler on the trunk lid, and a BBS front spoiler mounted to the air dam. The largest change, of course, comes in the form of a beautifully restored set of BBS RFs, the lesser-used counterpart to the much more famous BBS RS. With the same hardware specs, the BBS RS and RF wheels use interchangable parts, making it remarkably easy to custom-tailor a set of wheels to a car thanks to the massive RS aftermarket. Built out to 17x9.5 and 17x10.5, the wheels fill out the E28's impressively wide factory wheel wells. For wheels considered wide at the time, such as 8s, 8.5s, or even 9s, E28s can swallow them whole; the specs and fitment of the RFs, on the other hand, leave nothing on the table. 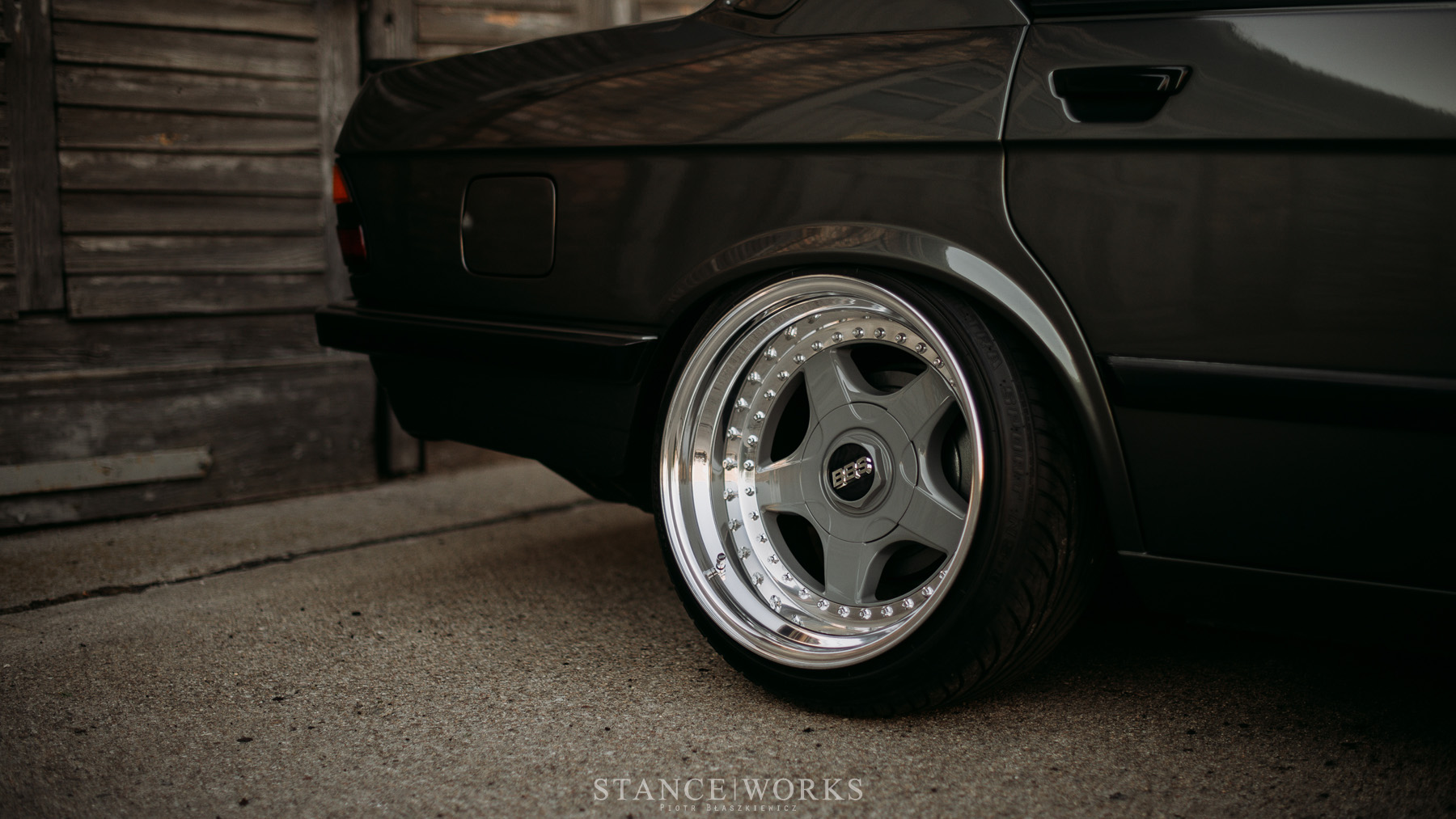 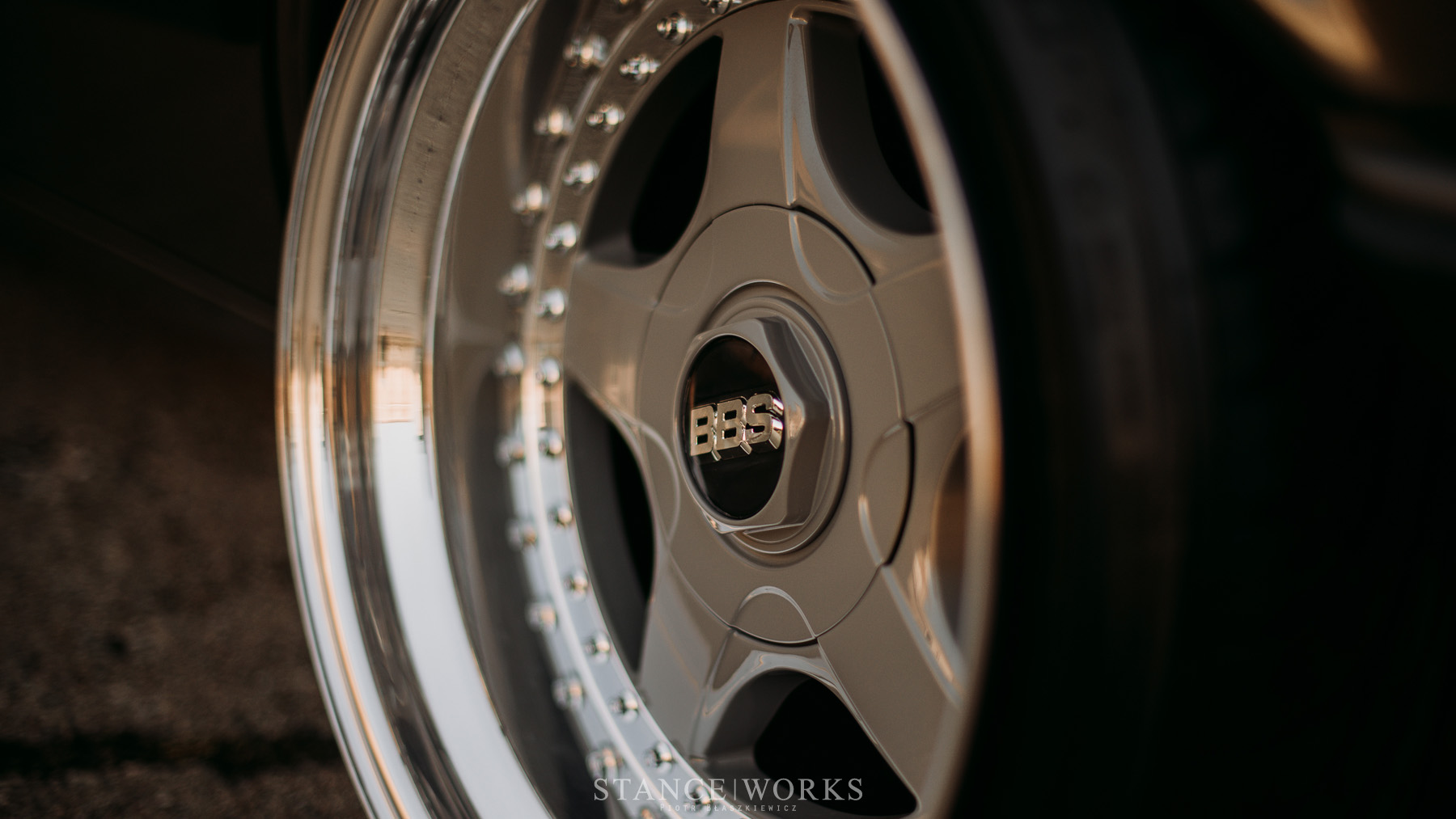 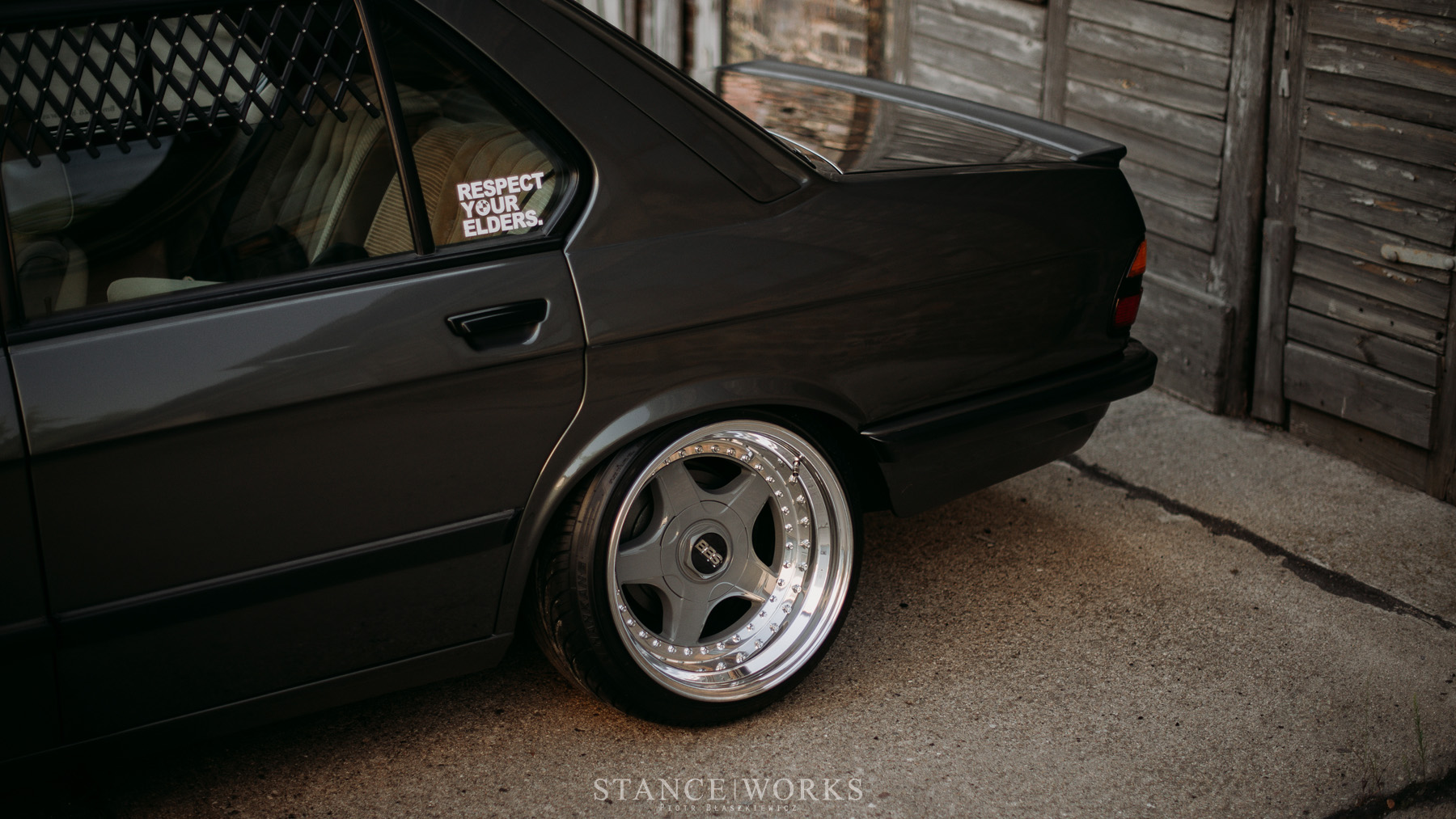 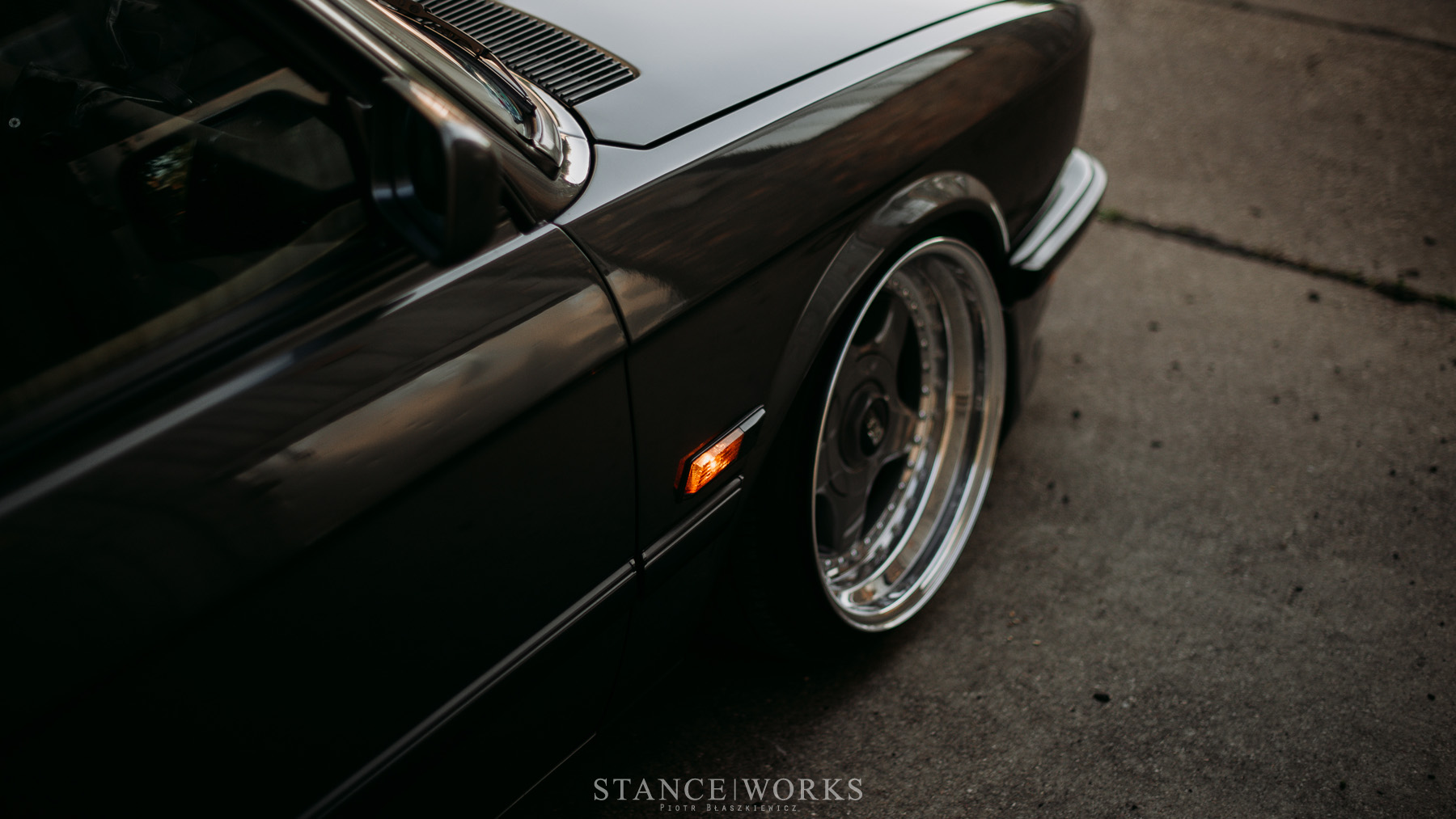 A few further changes were made in the name of practicality, such reinforcements to the floors and rockers, but overall, the car aims to celebrate the E28 in familiar form. As a design that is "quintessentially" BMW, from the shark nose to the tight and tidy body lines, it's a mission we can get behind. So, bravo to Mateusz Karwowski and his father for a beautiful restoration, and thanks for sharing it with the StanceWorks audience. 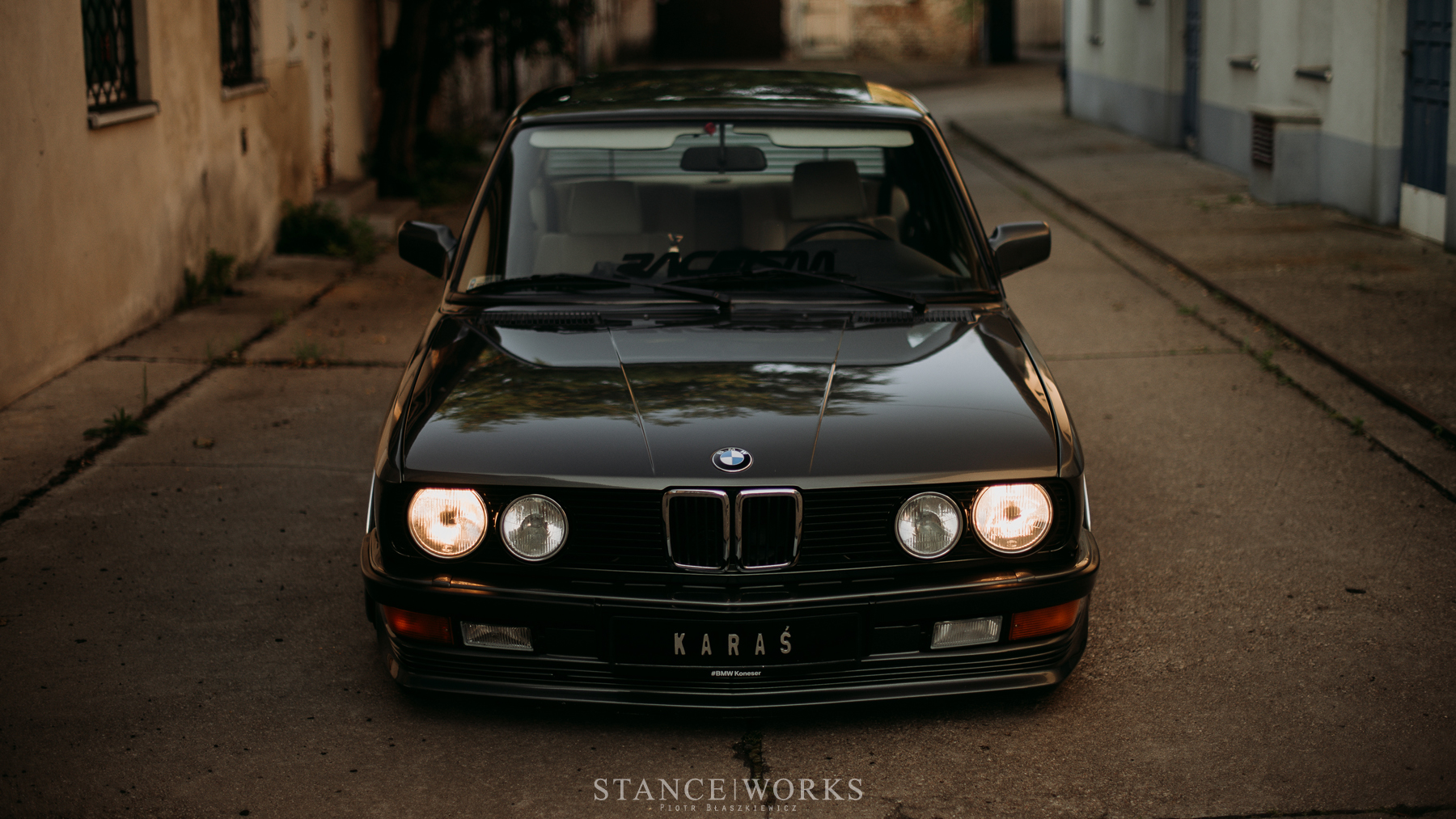 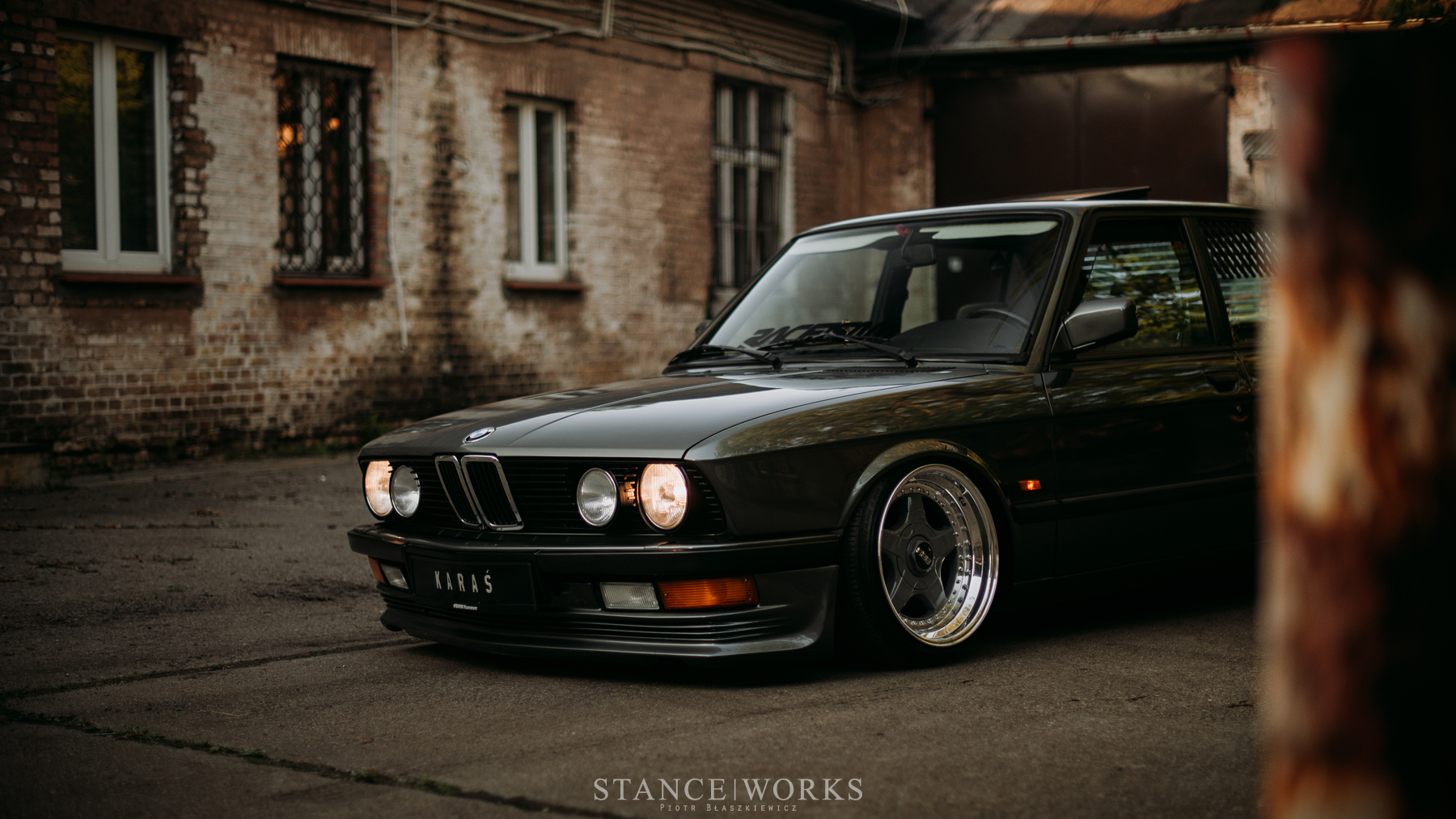 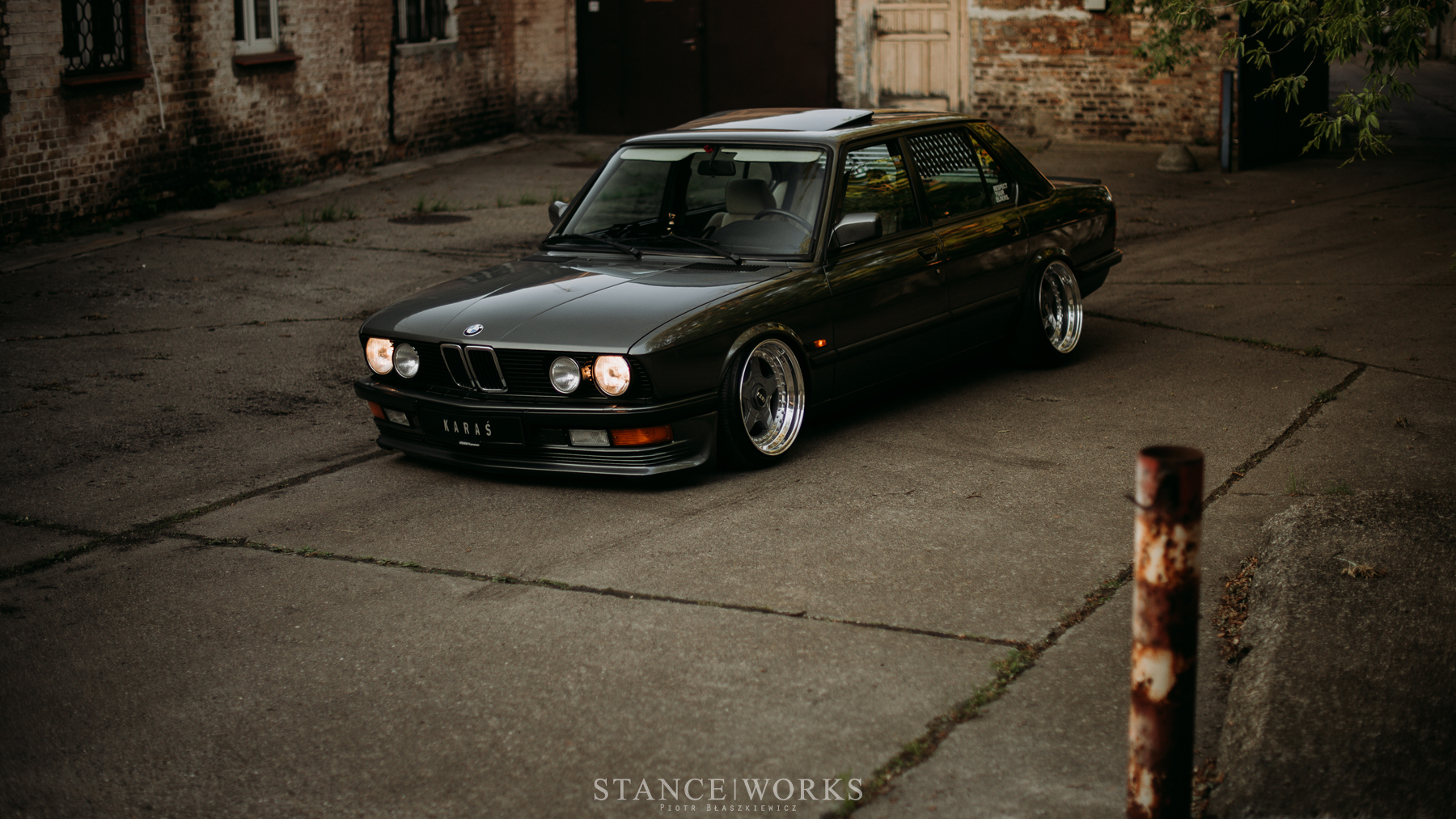 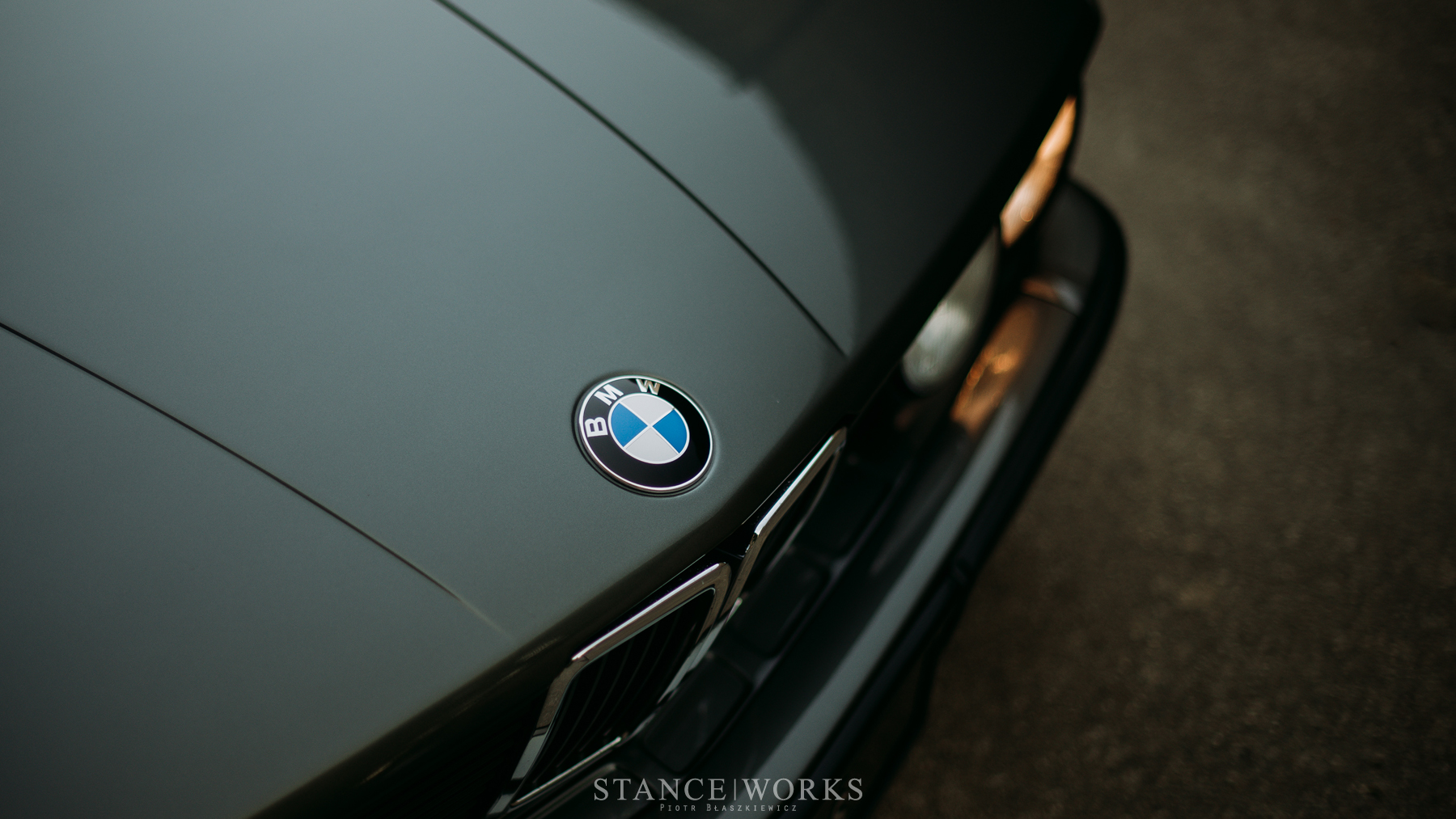